You’ve all seen the awesome barn down from our house. (if not you can in this post about my maternity pictures!) Right now we also have a BEAUTIFUL cotton field next to the barn! How cool is that? I think I’m getting used to “country living” because I really do enjoy all of these beautiful sites and love that my children will grow up seeing them on a regular basis. I’d been wanting to stop by the cotton field to take some pictures of Kye and since we got done early with school on his Thanksgiving Feast Day I thought it was the perfect time!

We talk about cotton all the time (and how it looks like clouds and how it is what we use to make our clothes) so Kye was VERY excited when I told him we’d get to go see it up close and even touch it! 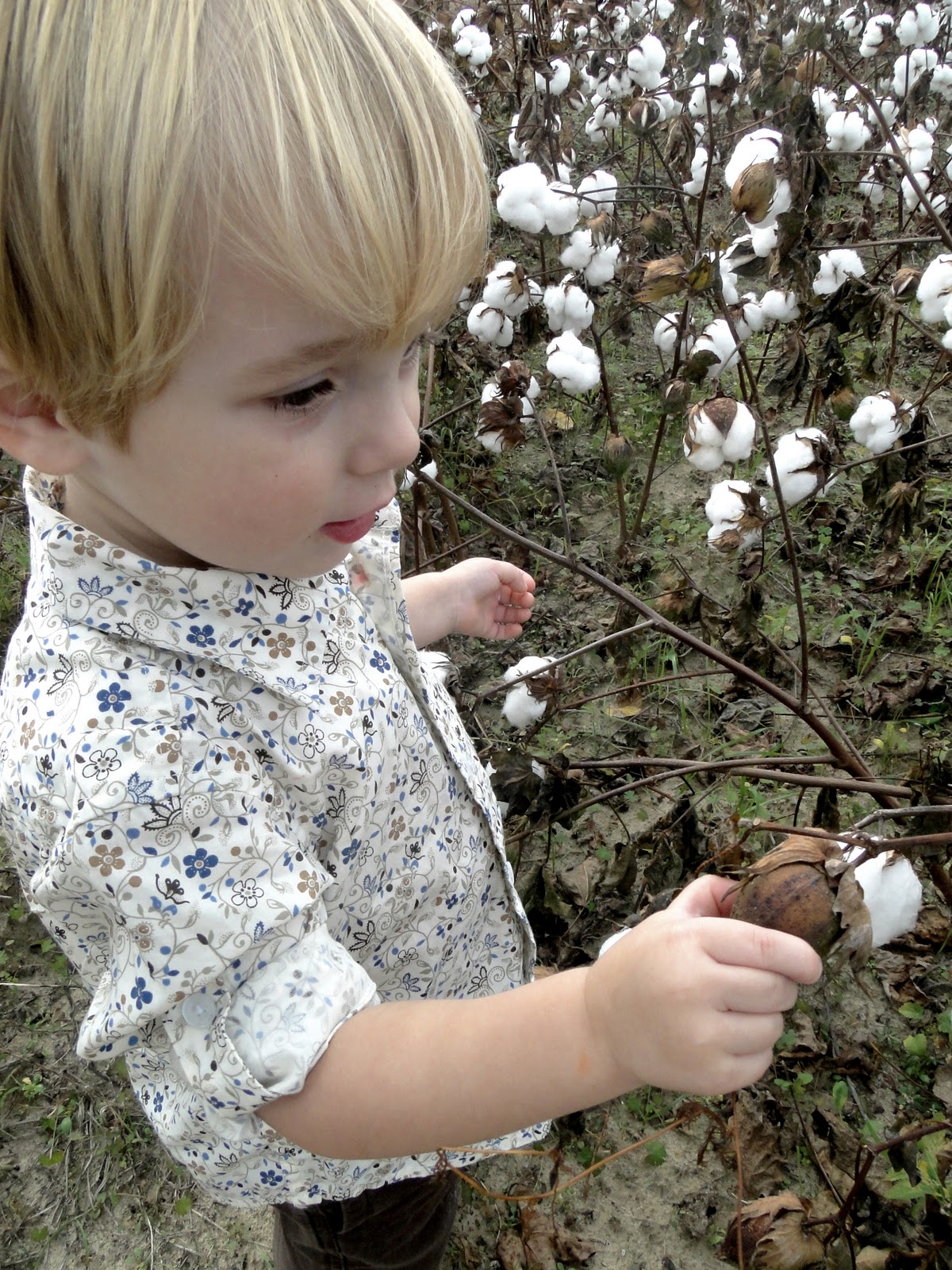 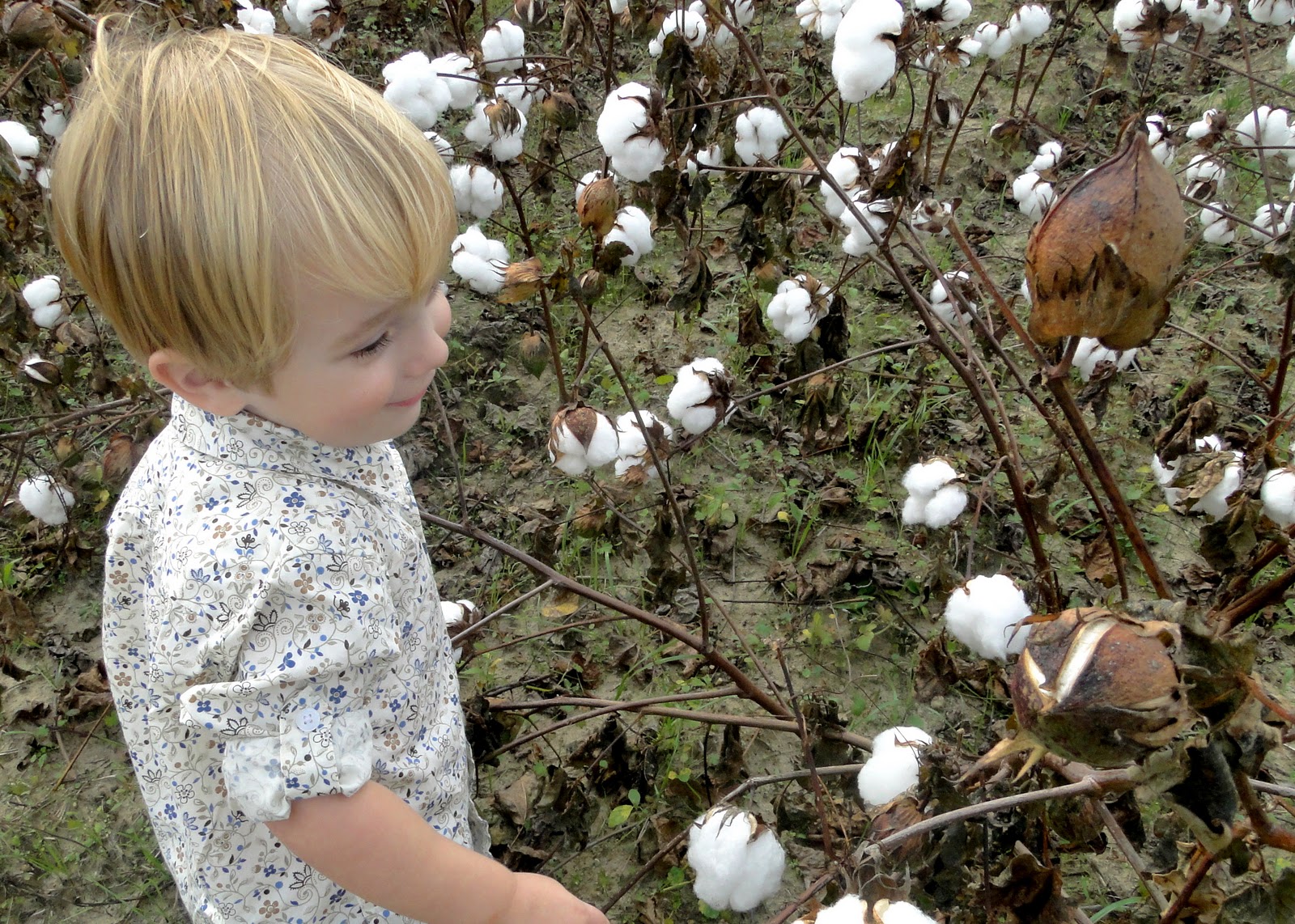 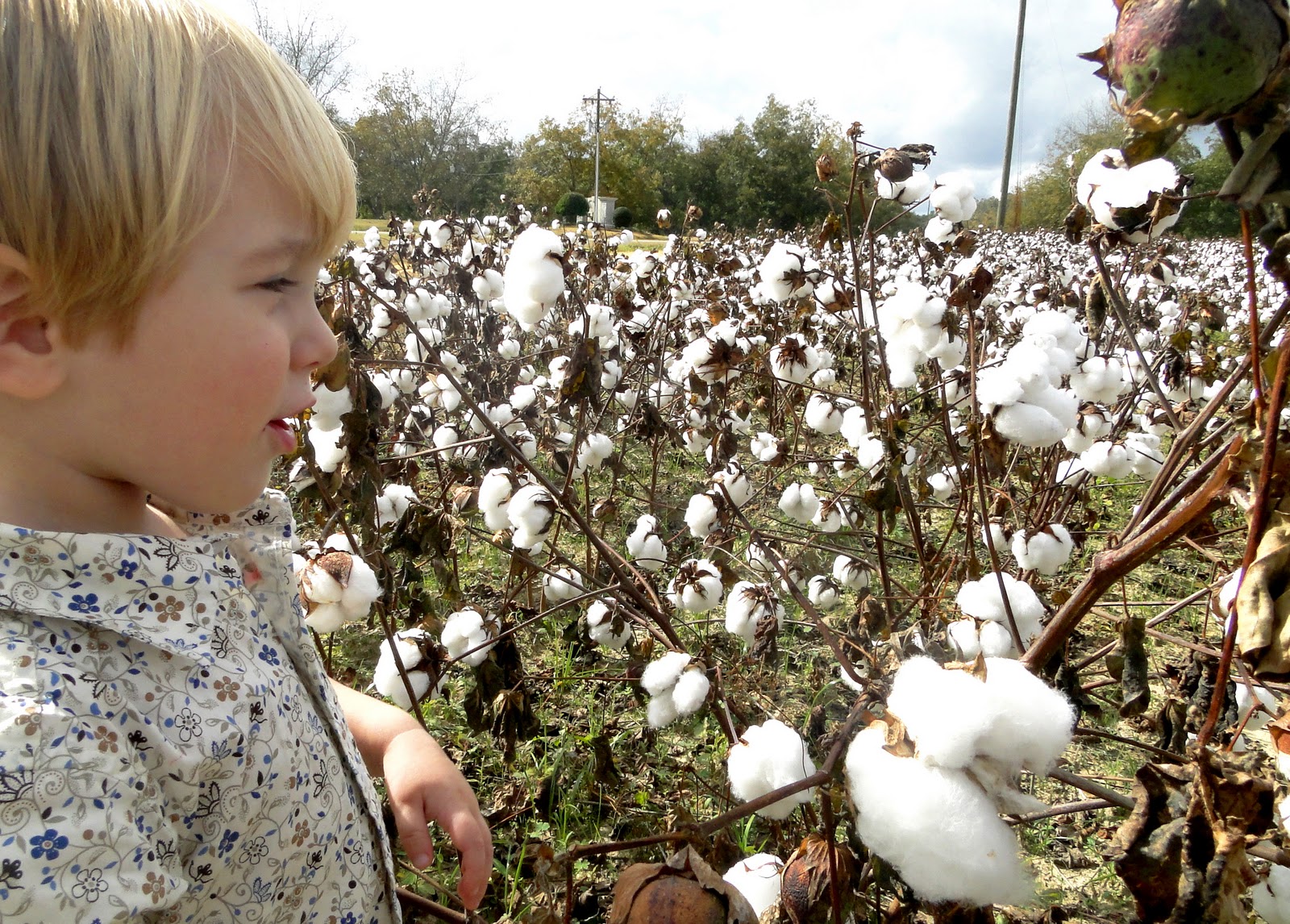 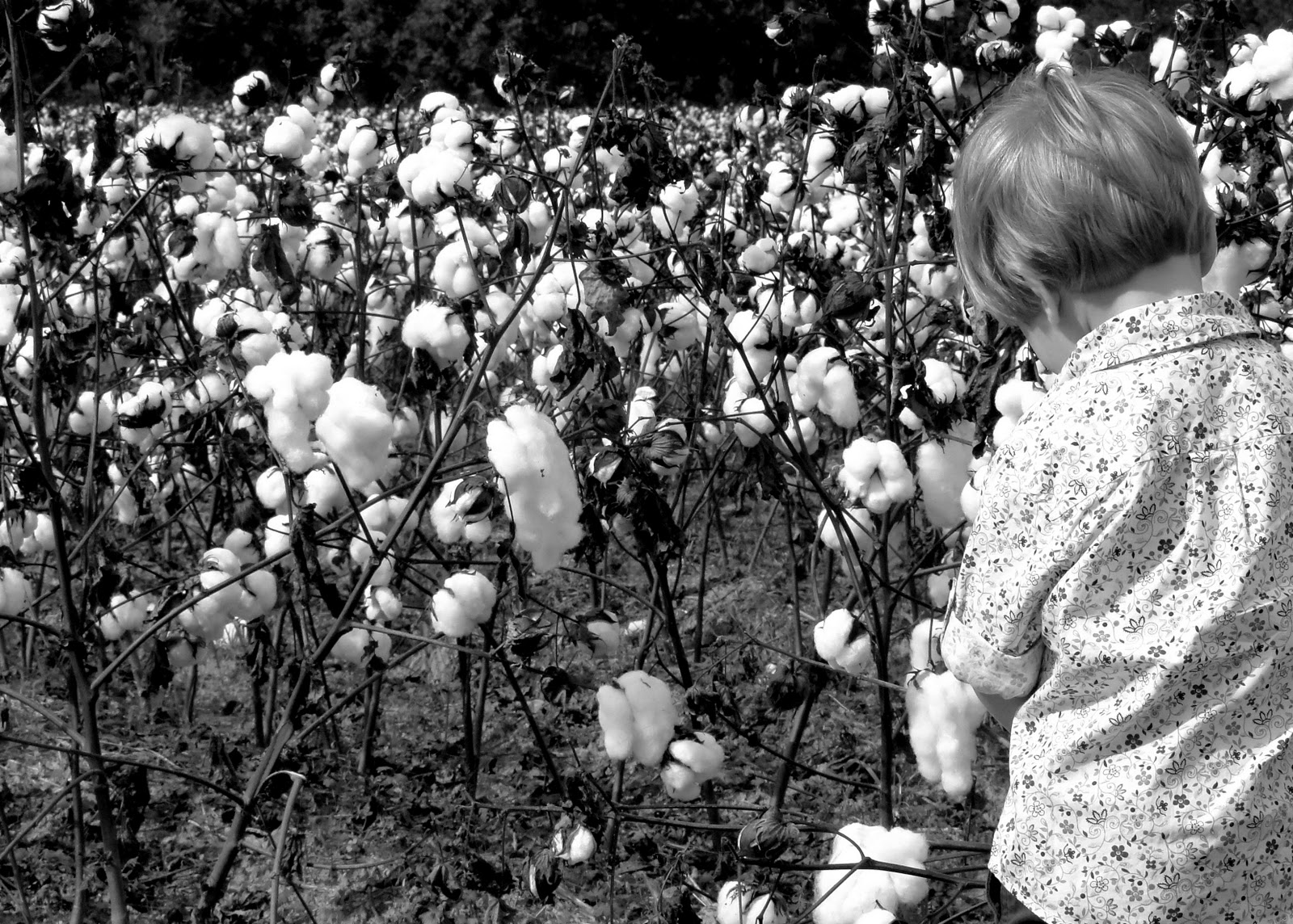 I totally let him pick some…I wonder if that’s stealing?!? 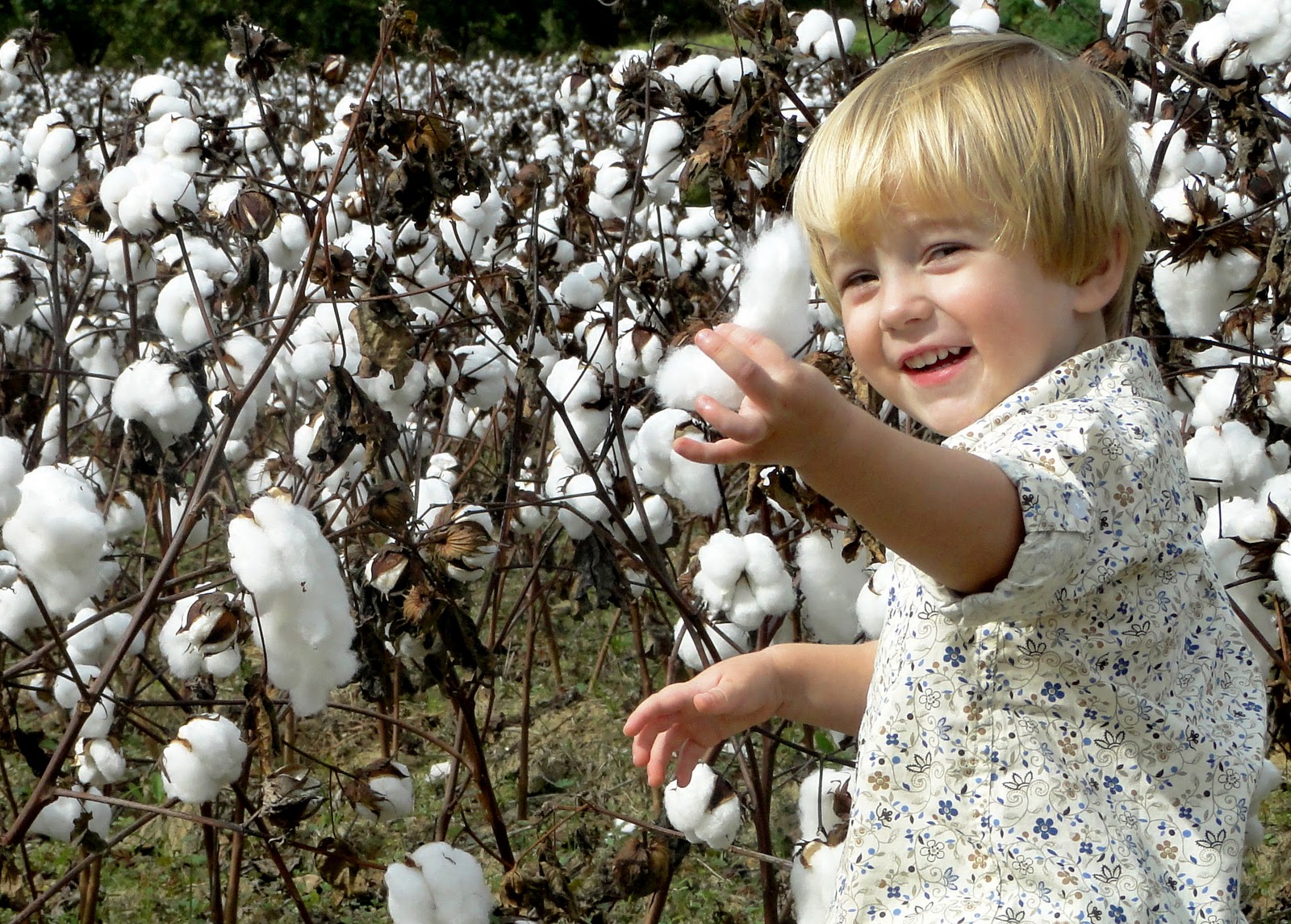 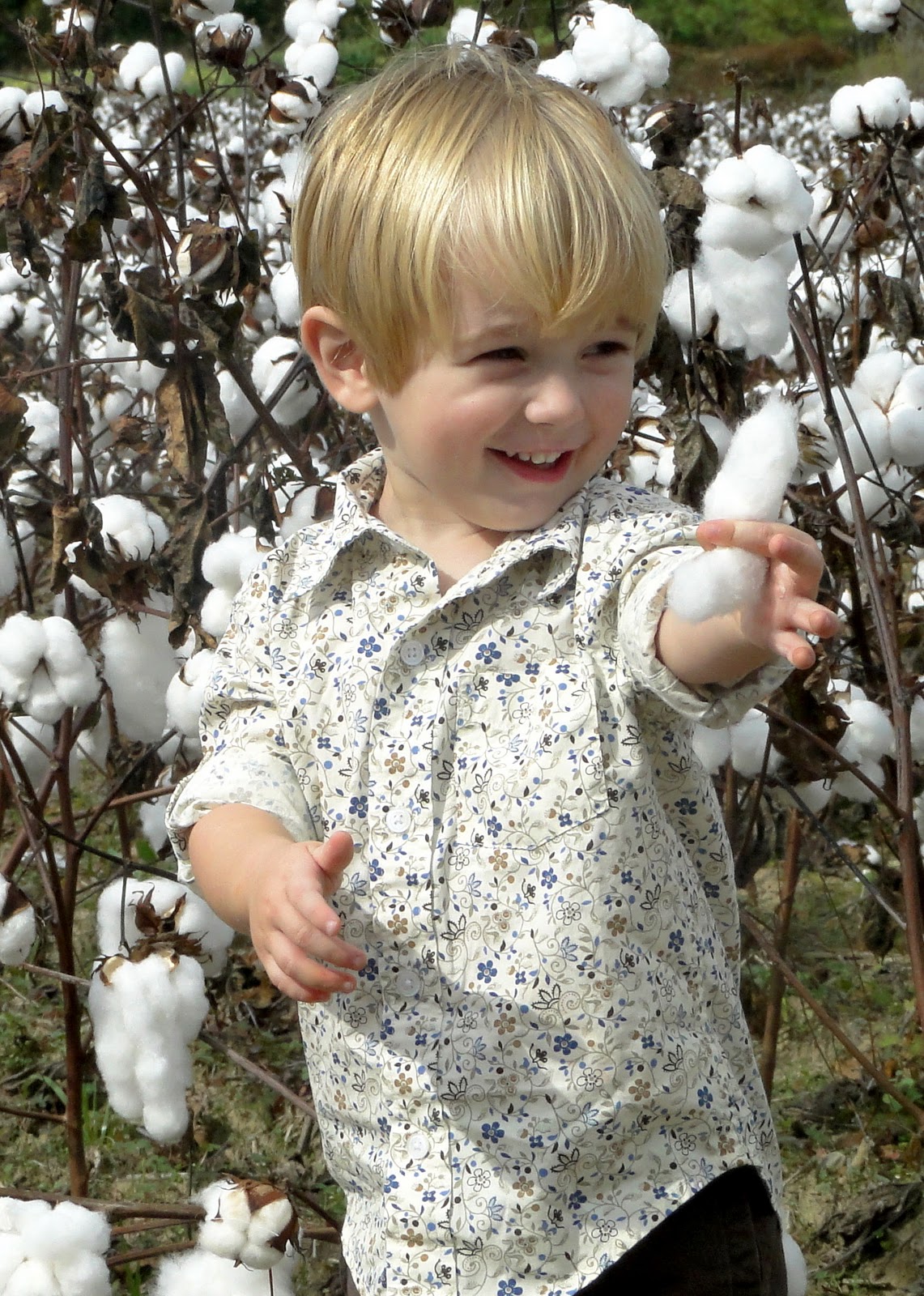 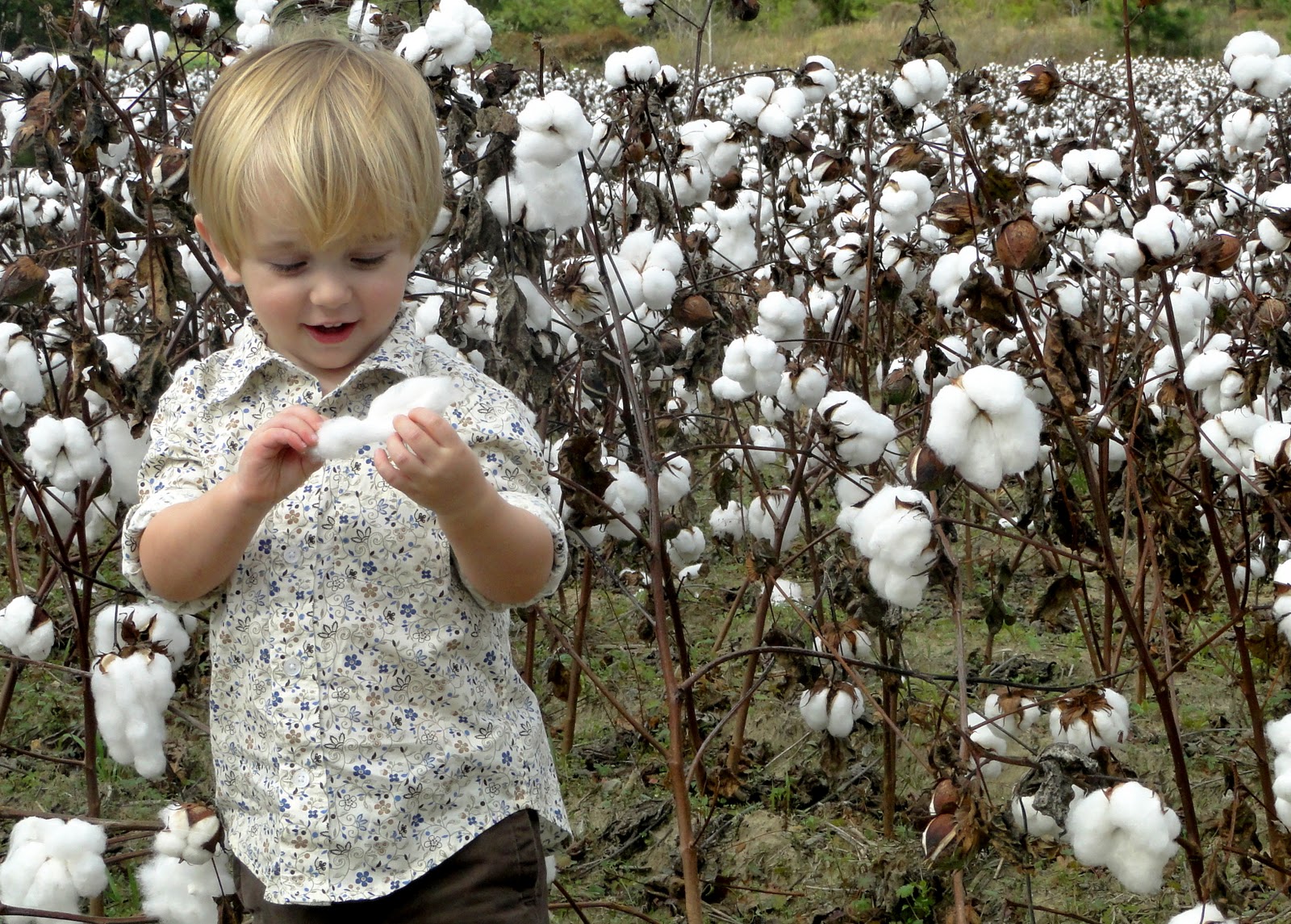 Had to do a little taste test right? 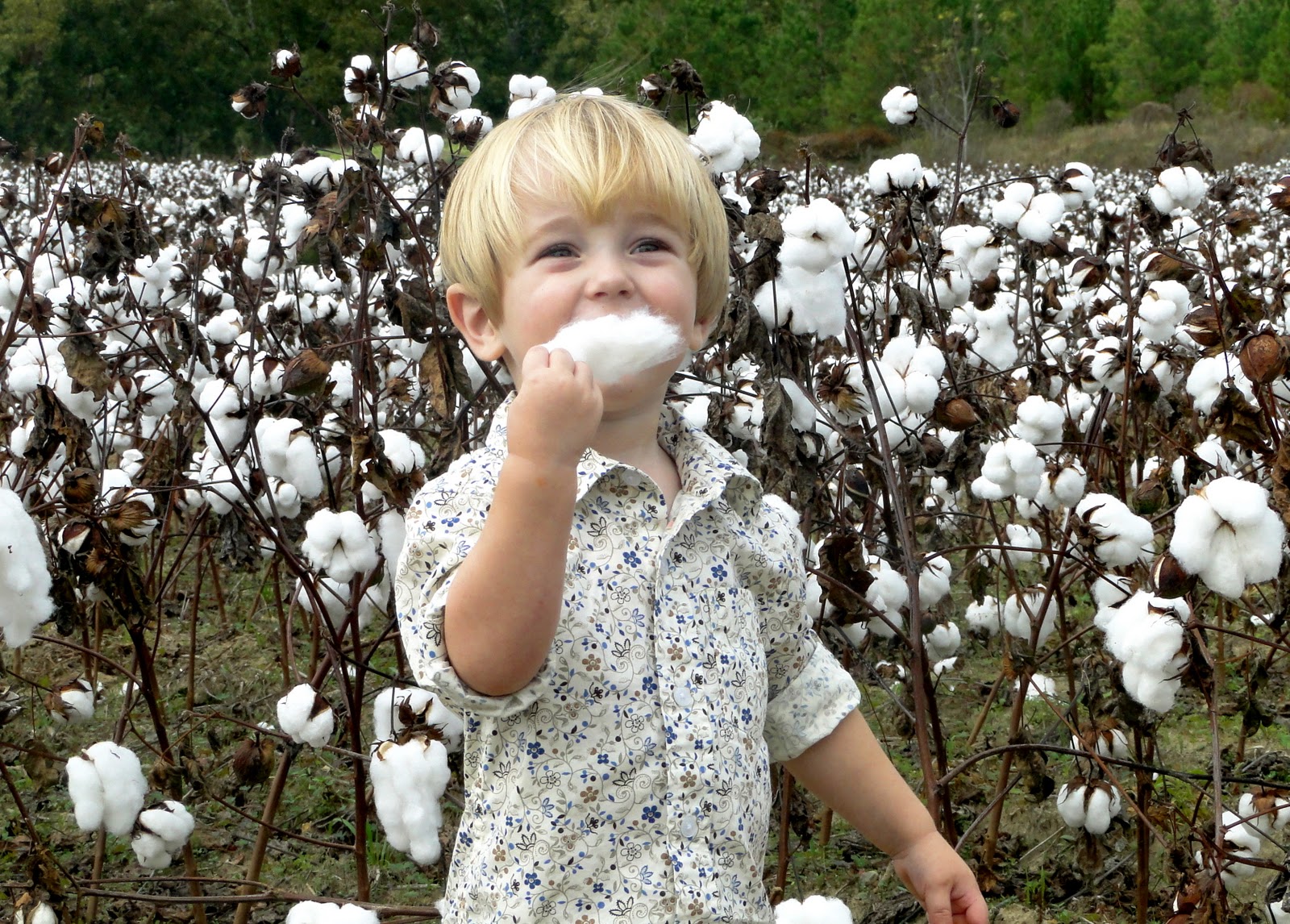 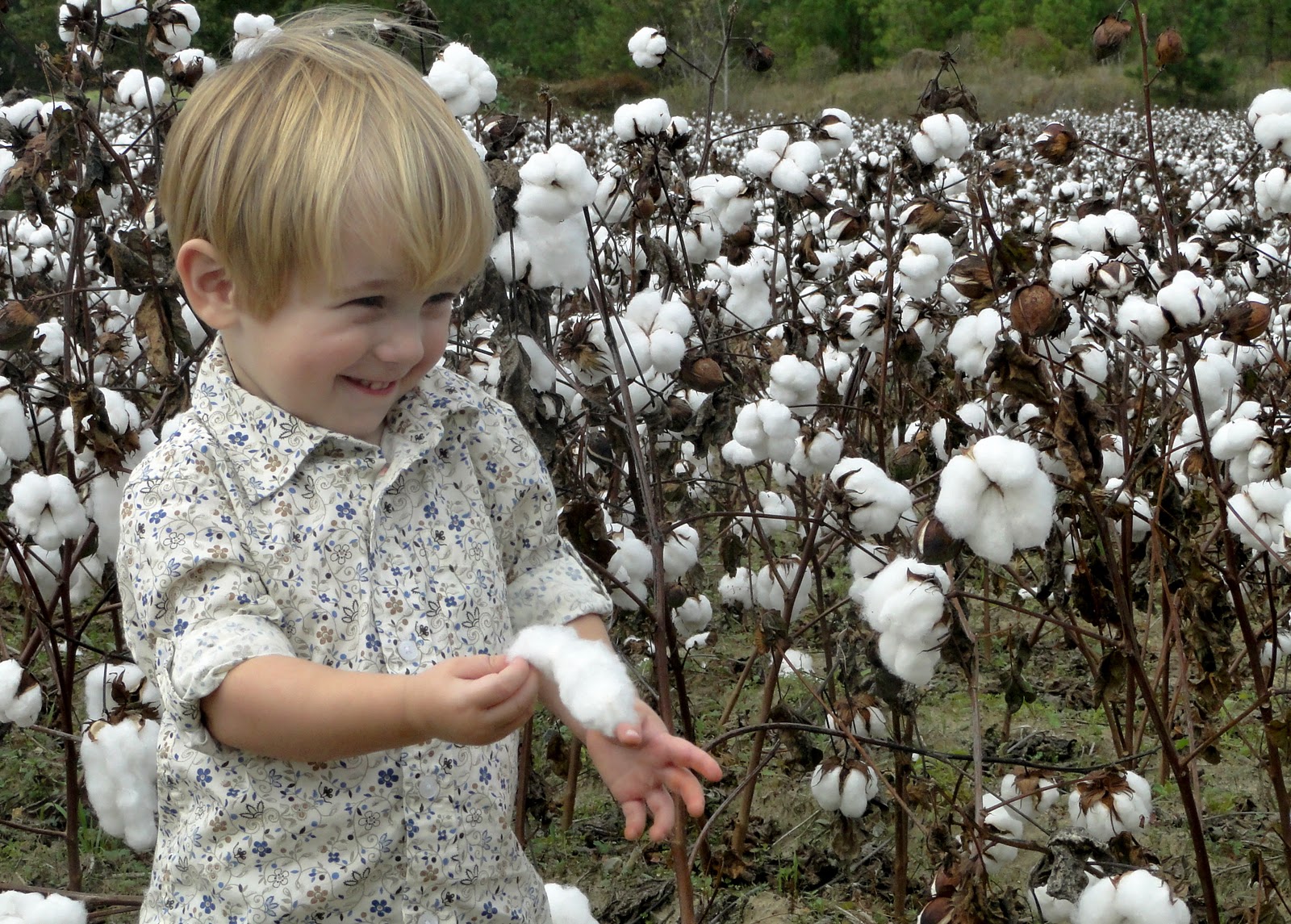 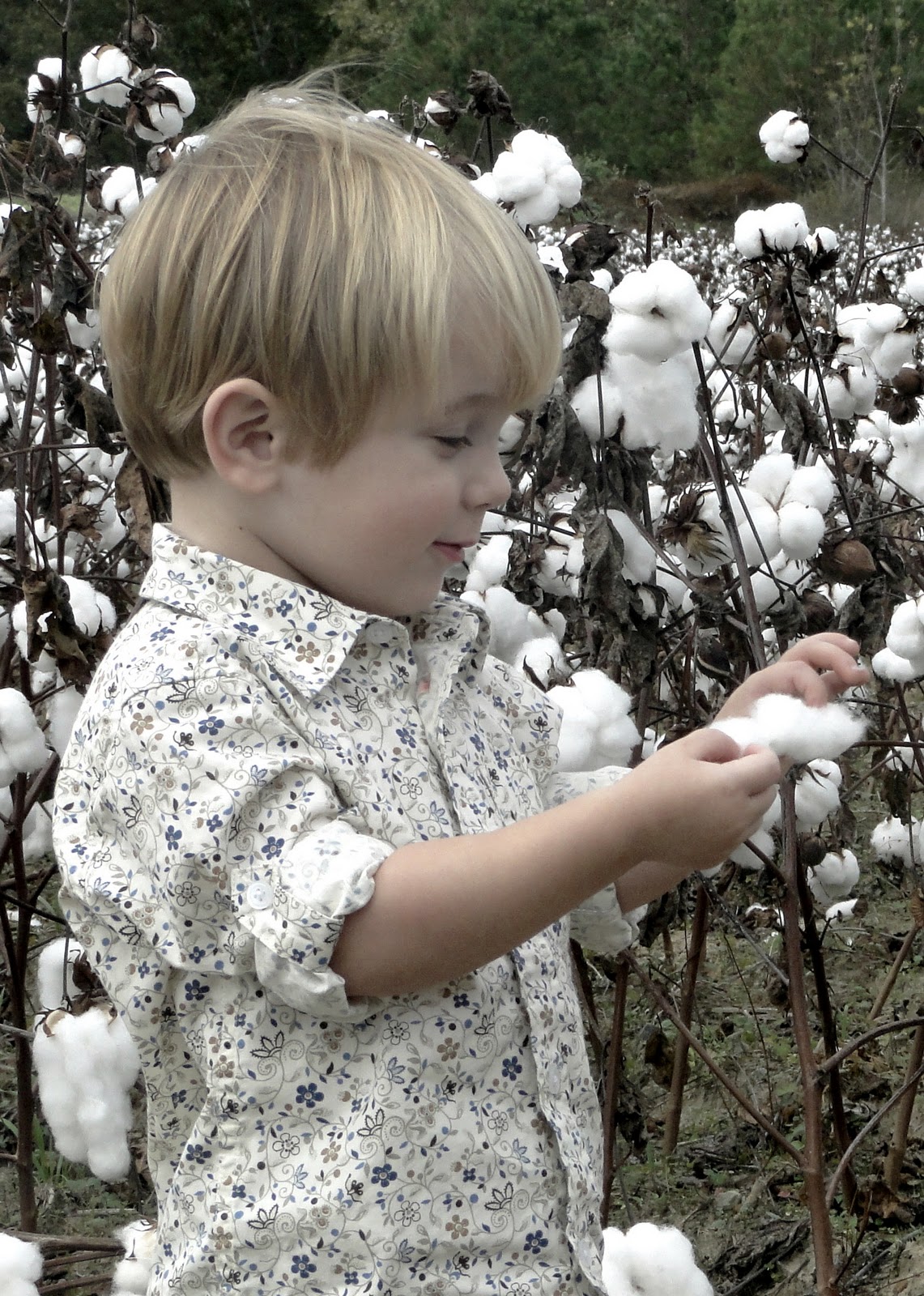 Love the smiling on command!!! 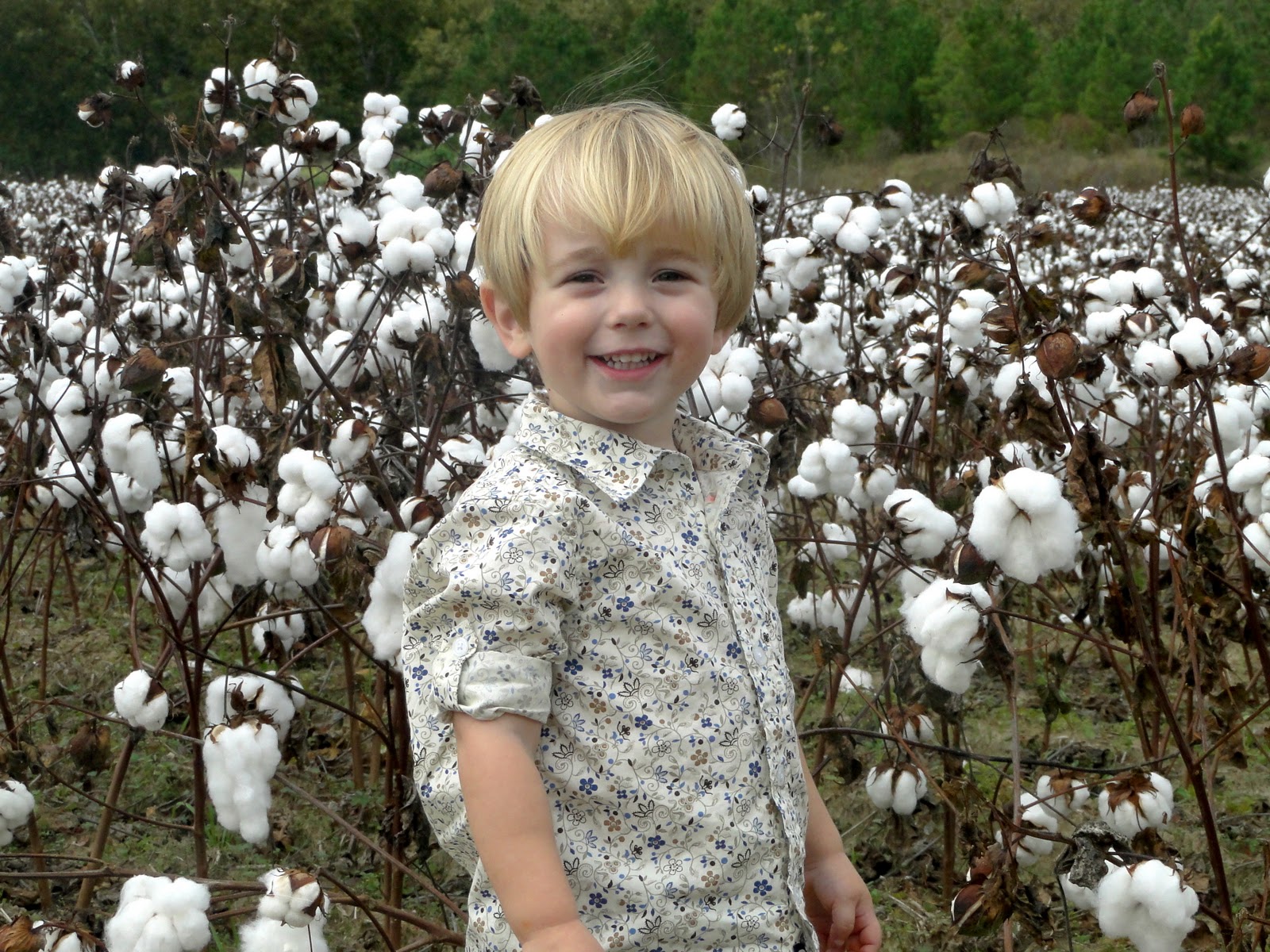 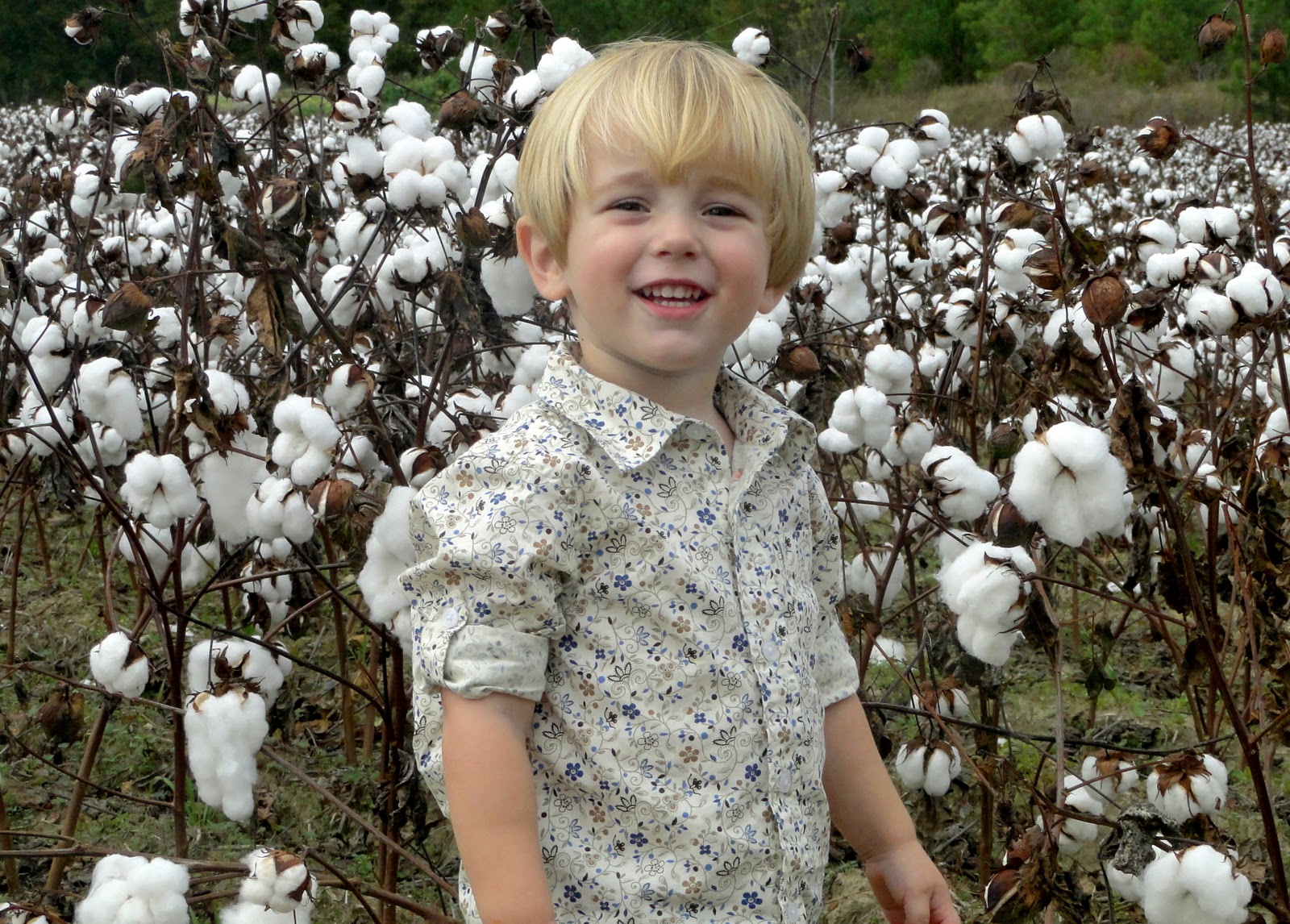 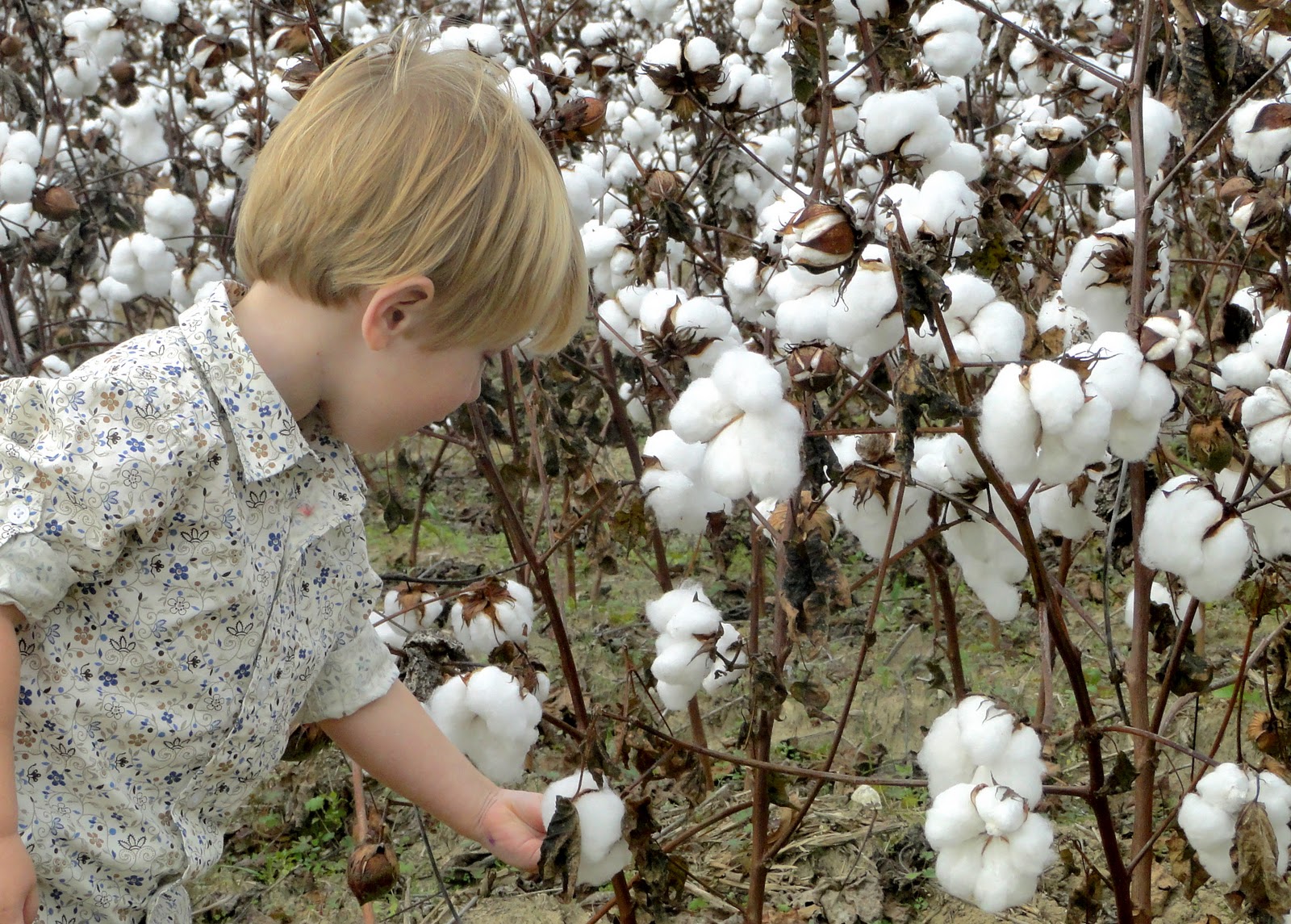 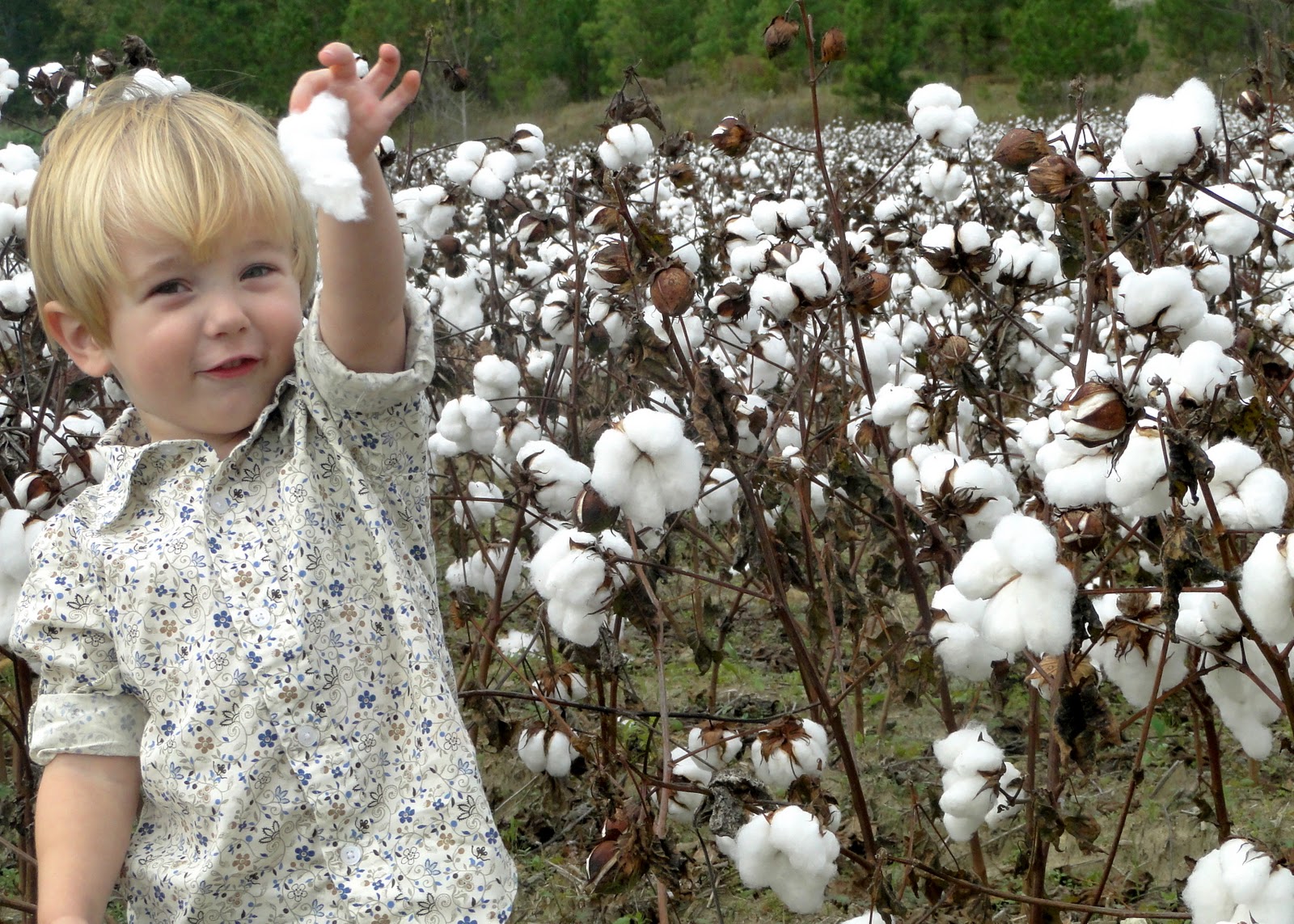 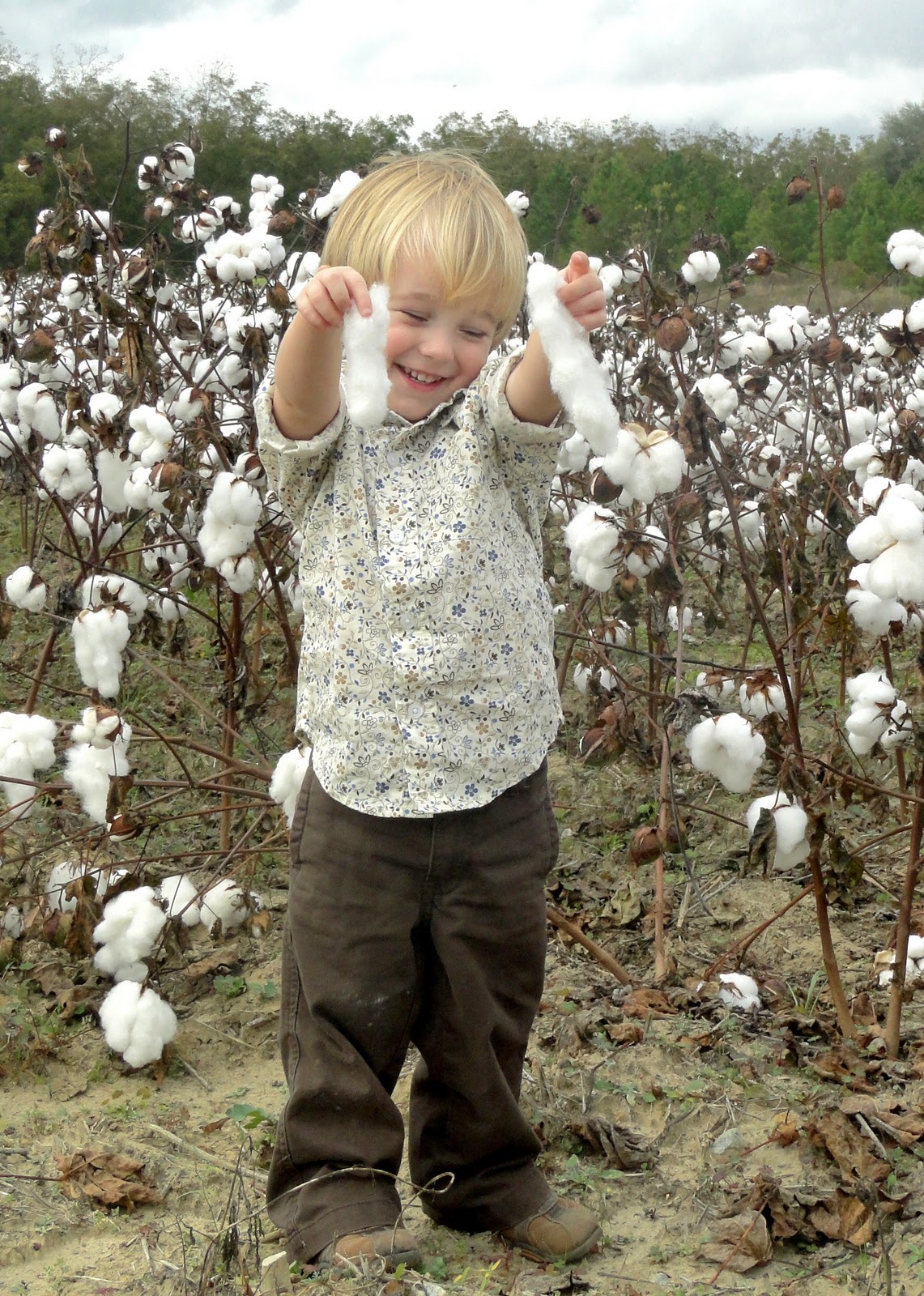 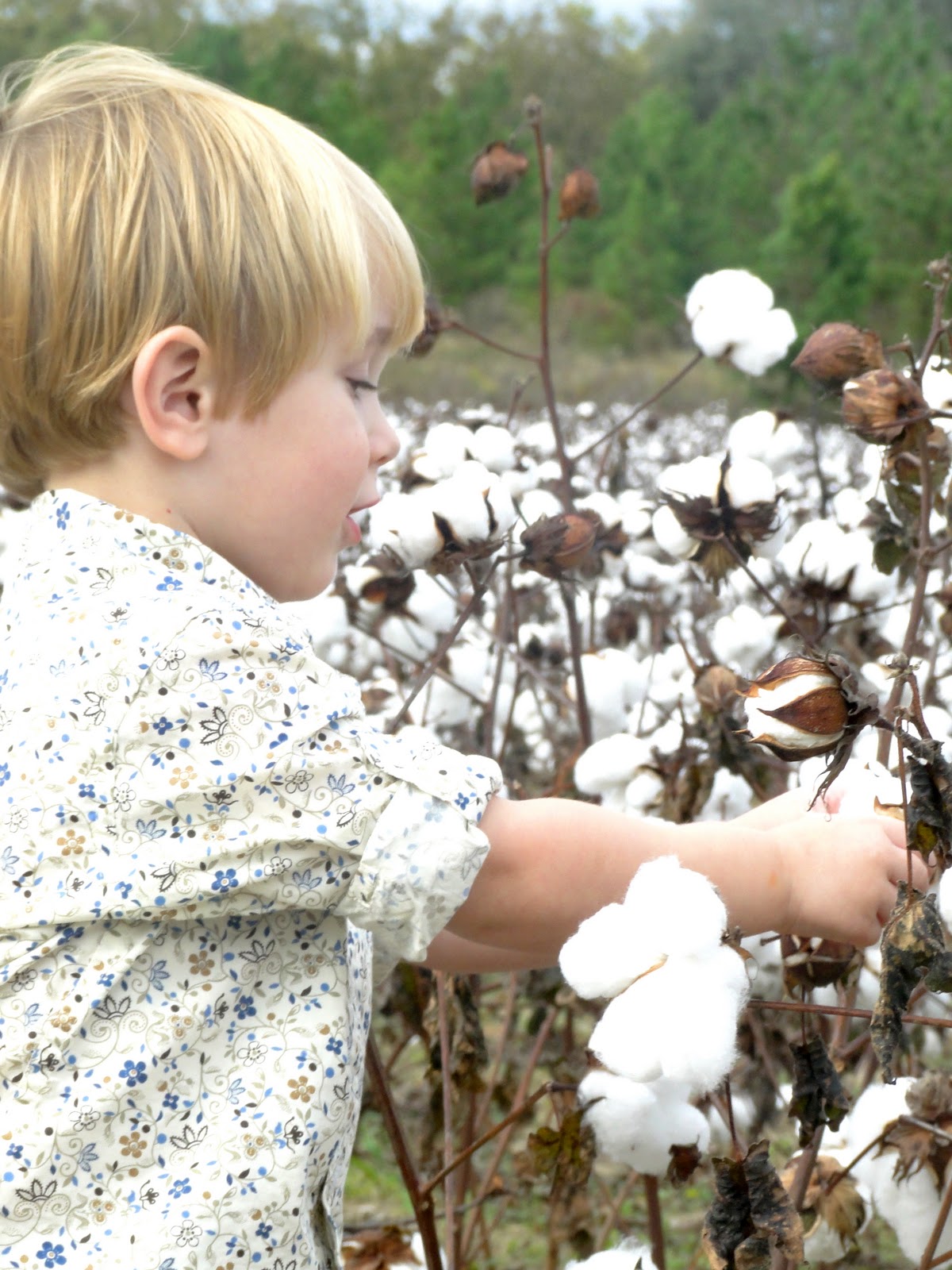 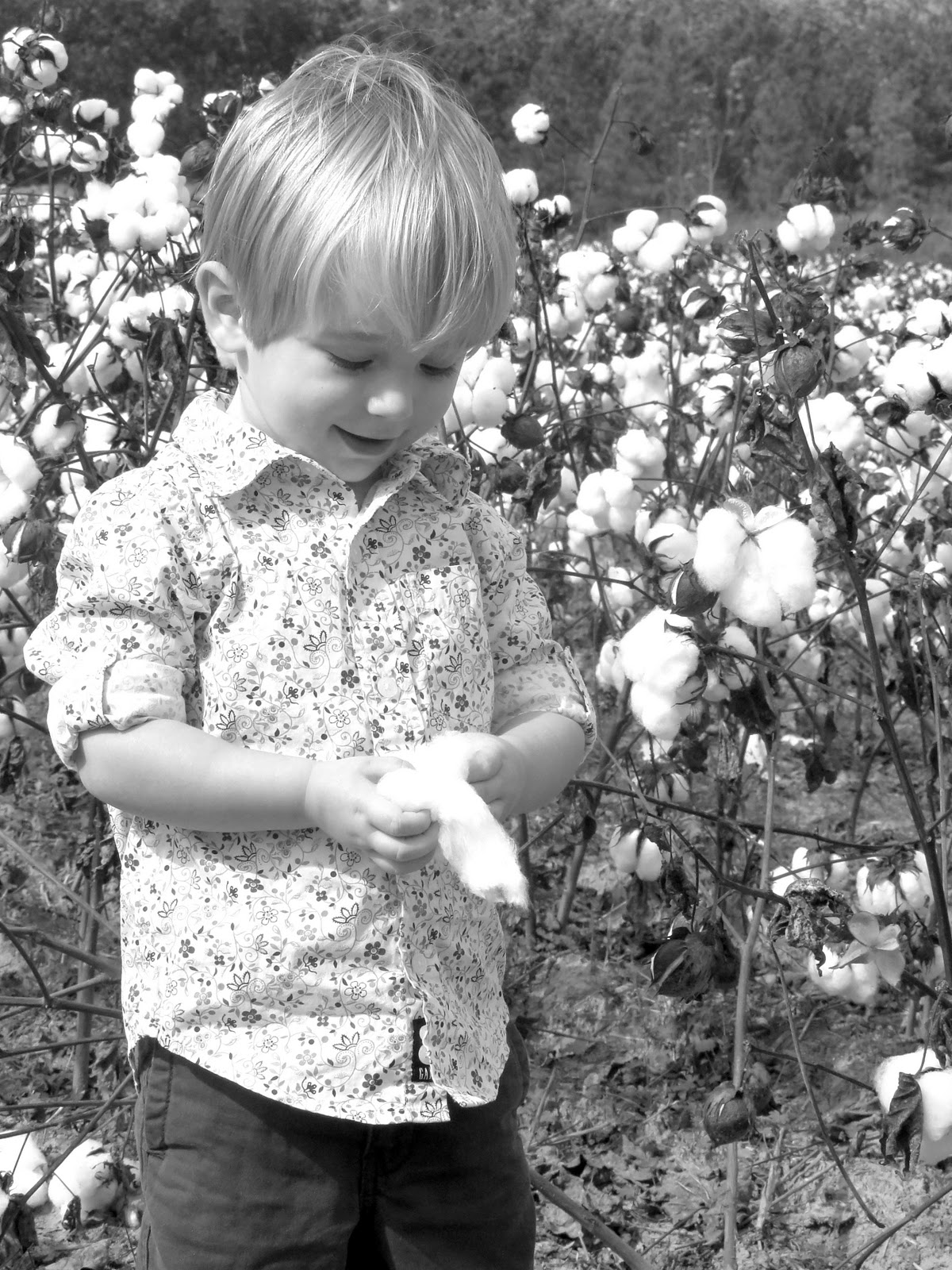 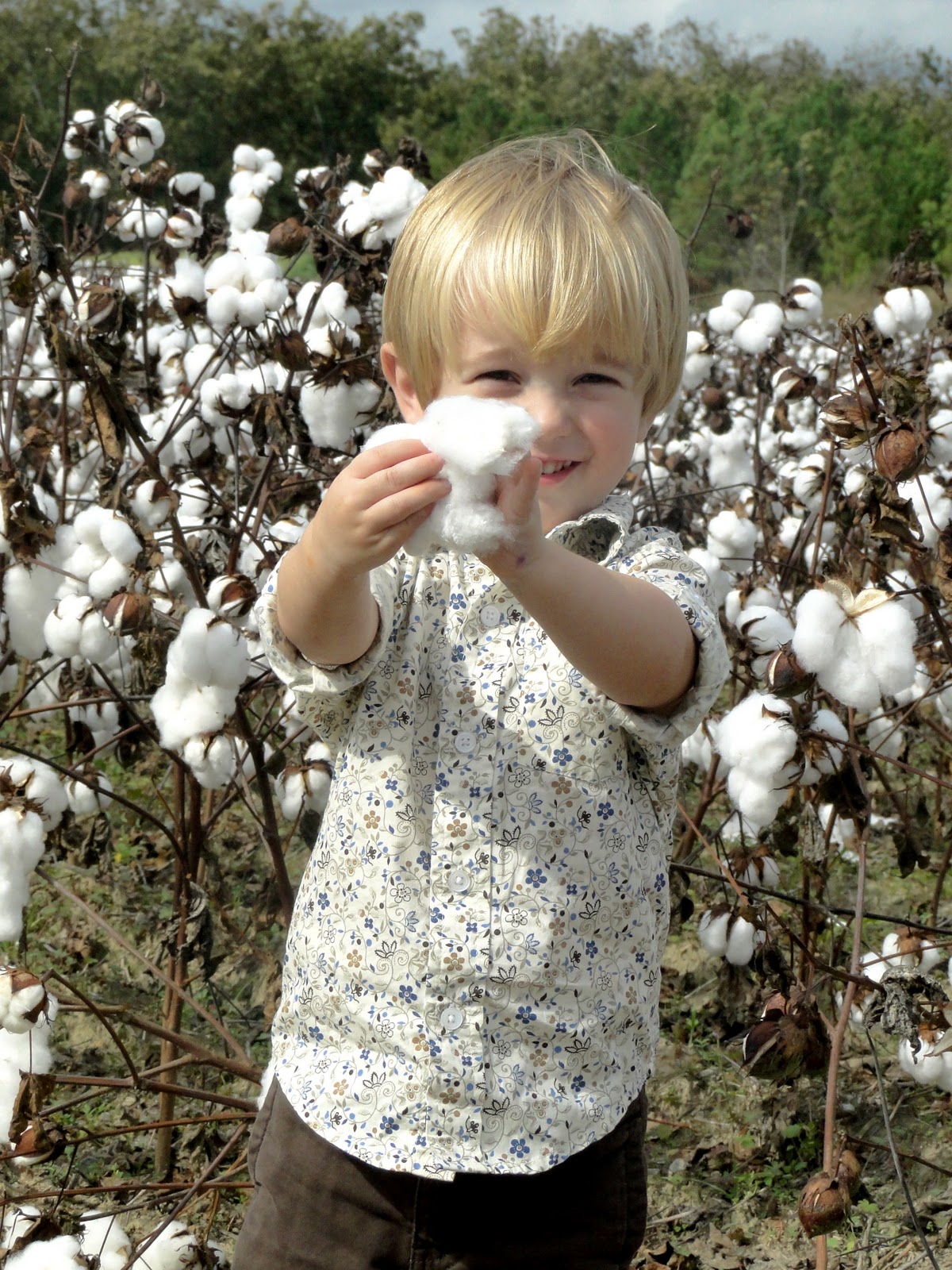 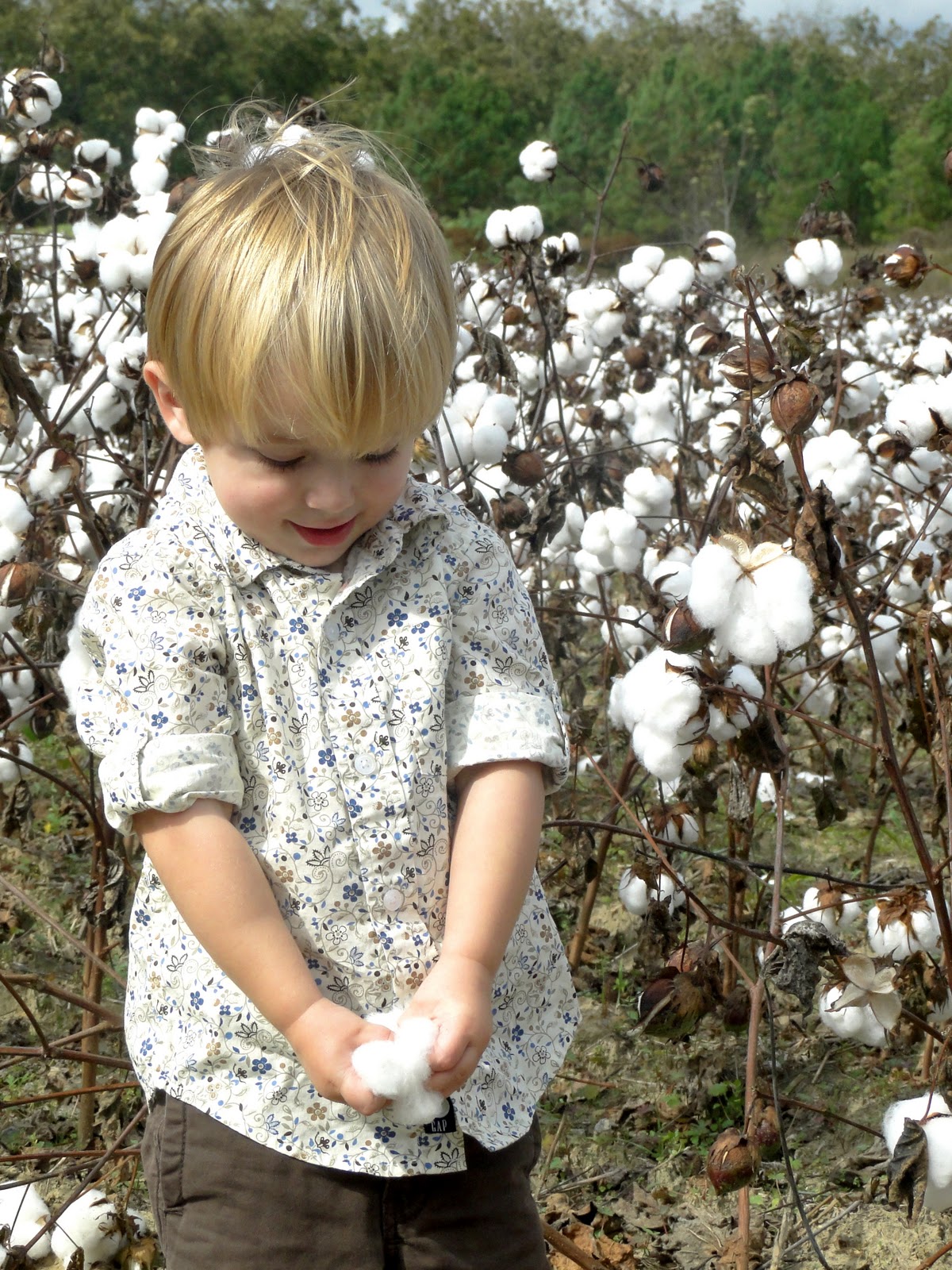 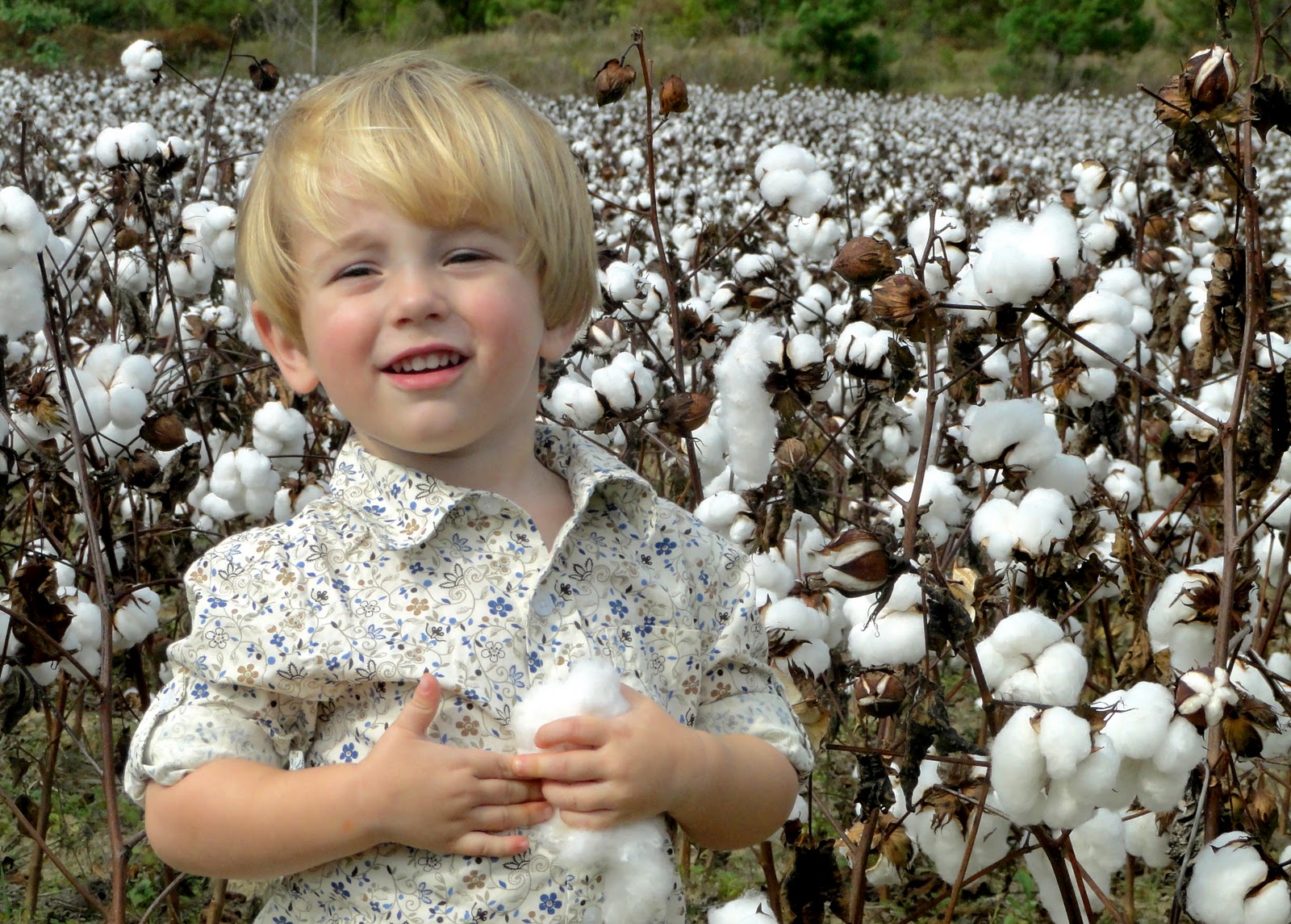 Such a handsome boy!!! 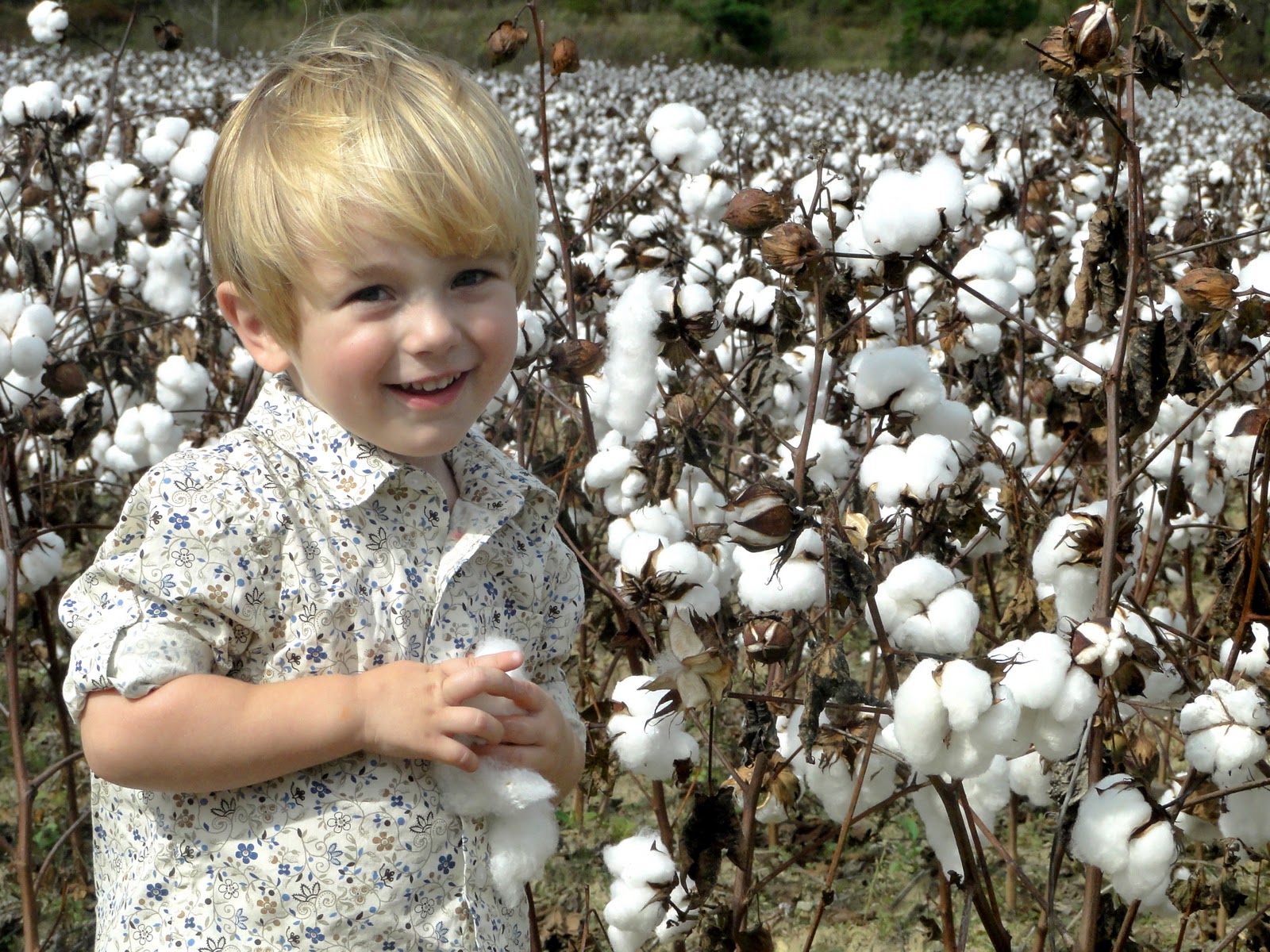 Kye was SO proud of his cotton, he even wanted to sleep with it! (PS: I do NOT allow Kye to sleep with stuff…we, instead, put it “night night” on his dresser while he slept). Once Zach got home he was excited to show Daddy his “fluffy” and also had a random toy bug he showed Zach too (that he got from the school treasure box awhile back and randomly found). Zach, being Zach, helped Kye make up a song about his cotton and his bug. Appropriately titled: Cotton and The Bug. Here’s a video of them singing it together. Be warned…it gets stuck in your head 😉 Next to the ABC’s it’s probably the song we sing around here most often these days!

I’m so glad I stopped and snapped a couple of pictures of Kye…I used to do stuff like that ALL the time but as he gets older it’s one of those things we just don’t really do much anymore. I know once Blitzen arrives I’ll get back in the mini-photo-shoot mode, but the pictures will never just be of KYE so I’m thankful we had one last one!