Sunday was my last baby shower! Kind of sad that they are all over. Since you really only get one or two small showers for the babies after the first one, this was the last shower I’ll have for a loooong time! Here is am about to grub out…there was some good food! Even got me an ice cream cake…yum! 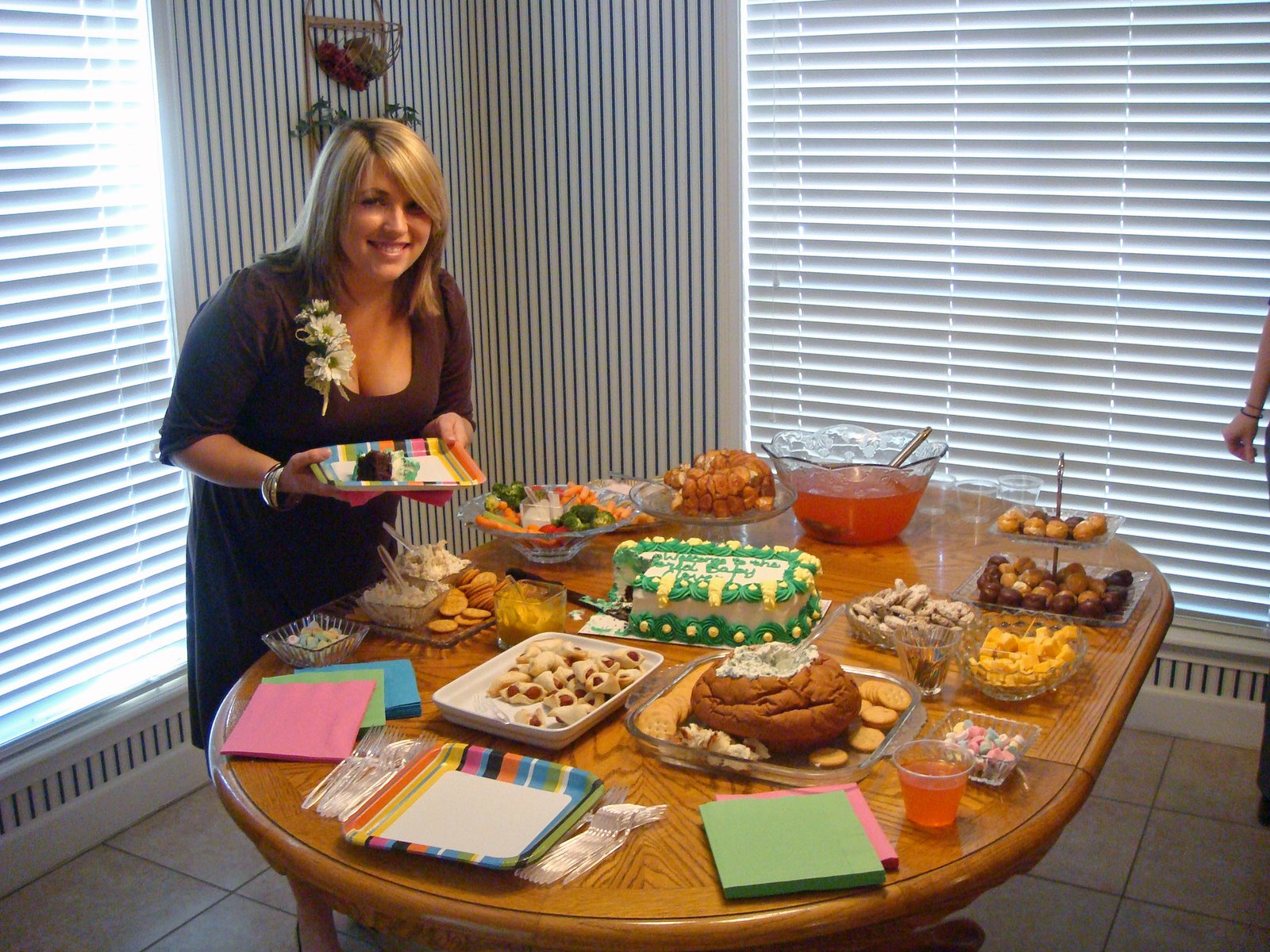 Courtney and Casey had hosting duties along with Zach’s Aunt Cheryl. They had the shower at Mrs. Charlotte’s house in-between church services. It was really nice of them to do that for me and I’m looking forward to being able to repay the favor for Courtney before baby Payton arrives! 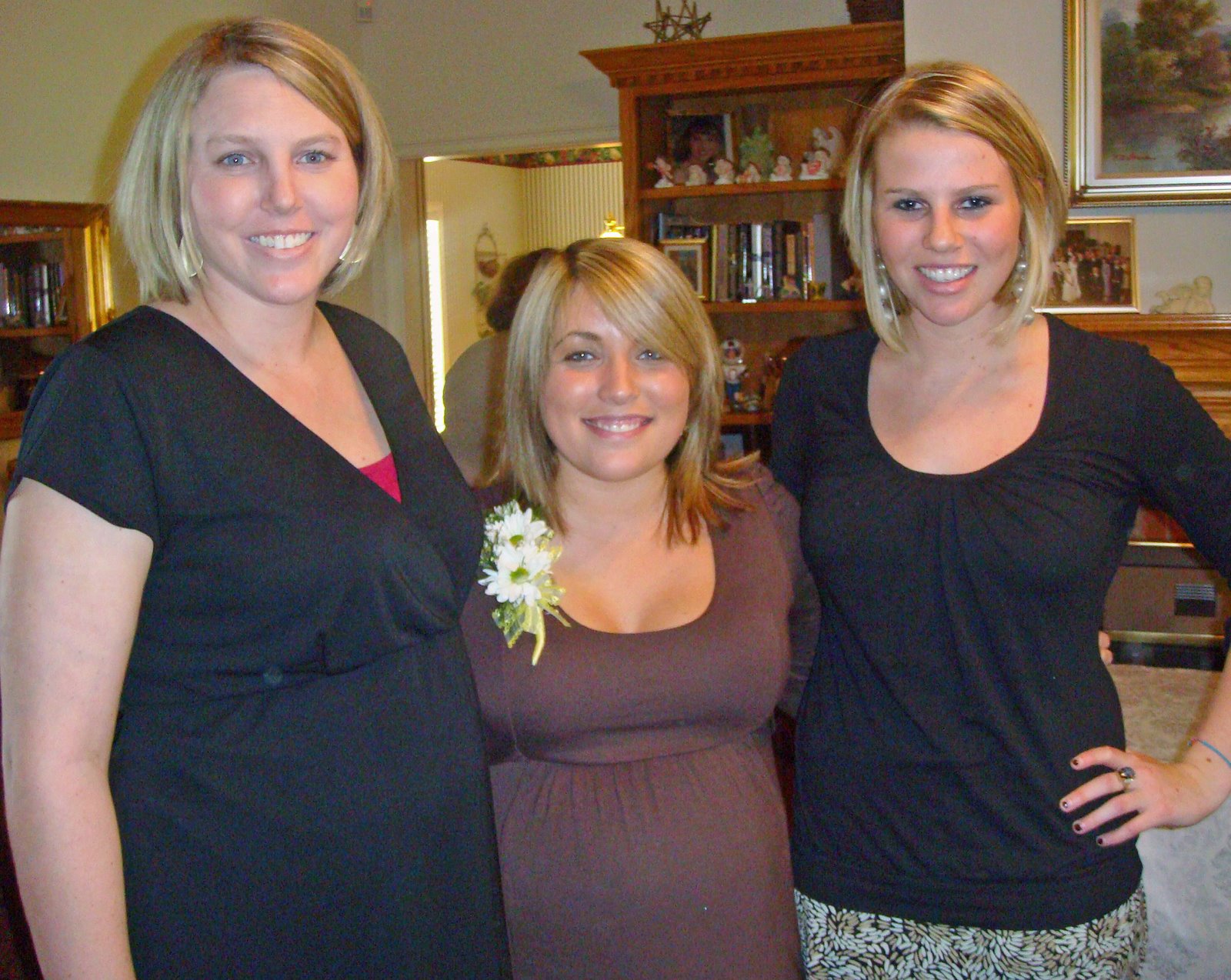 I’m so so glad Katie and Ashley were able to come to my last shower as well! They made the whole thing extra fun 🙂 We ate and played a couple games. One was a baby word search and we competed to see who could finish it the quickest (it was hard as crap). The other game we played was the one from The Girl’s Next Door on E! where they melt candy bars inside diapers and we had to guess what kind of candy bar it was. It was pretty funny! Ashley did tie for first place on that one, she’s hardcore competitive! 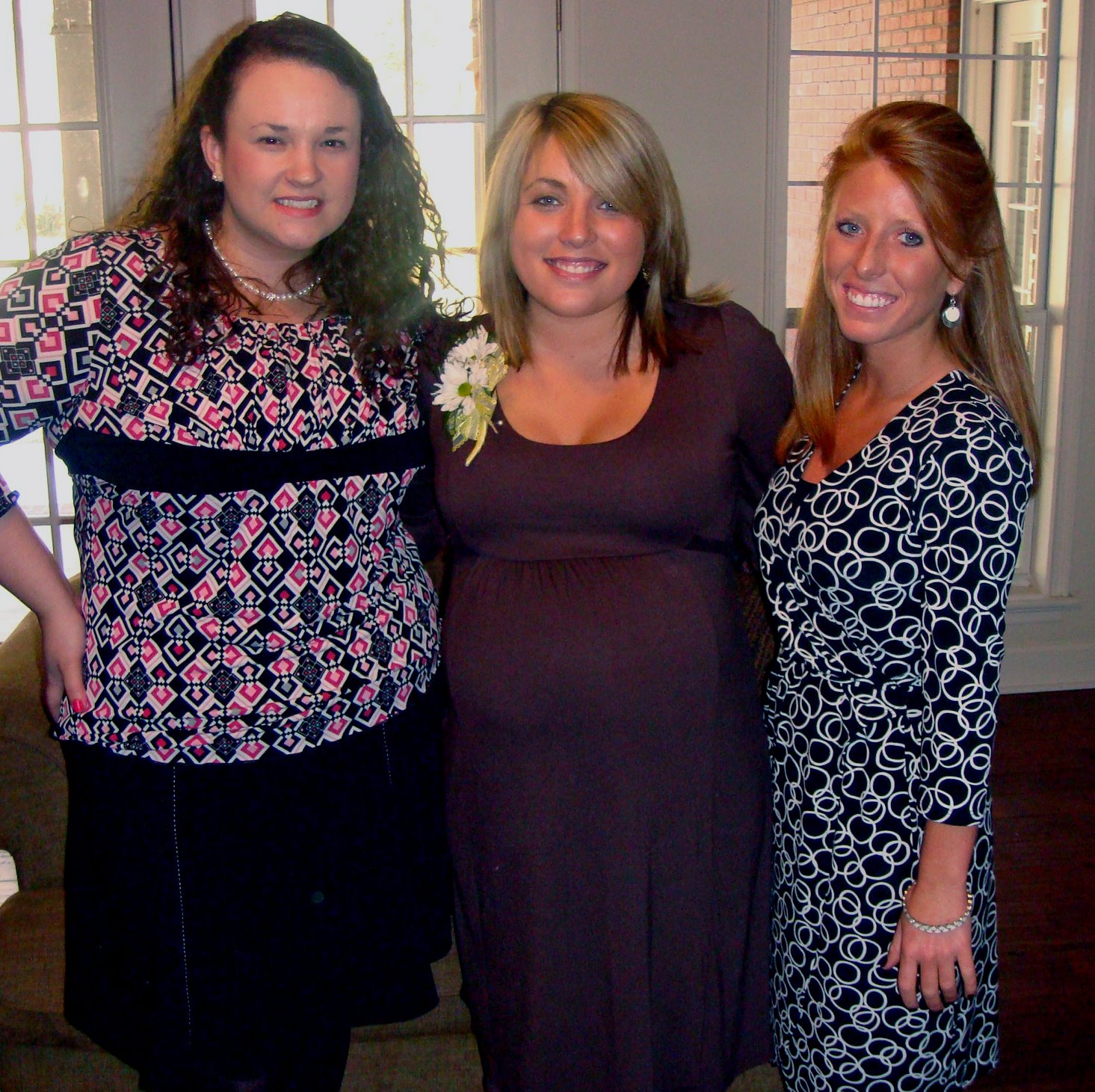 While it was one of the smaller showers I still got several nice gifts from the registry: gift cards, a pretty blanket, the bouncer, toys, a cute pink baby bag, take and toss set for when Clover eats solid food, super cute burp cloths, our bottle drying rack, a gift card to a local baby store for some clothes, and the breastpump! I was super pumped about the breast pump (haha pumped for the pump…didn’t mean tto do that!)!!! We really need it and it’s soooo expensive! I’m talking like over $300…while I know breastfeeding is way cheaper than formula feeding it’s also so much upfront cost which is tough in this economy! Thankfully we don’t have to worry about that anymore 🙂

Courtney and I have been meaning to get a picture together since we are both pregnant but I always forget. Finally I remembered, and probably just in time since I won’t be pregnant too much longer! It would be a lot cuter if we were anywhere close to the same height. Yes, I’m short but she is also MEGA tall!!! In this picture I’m a week shy of 9 months pregnant and she is about 6 months pregnant. 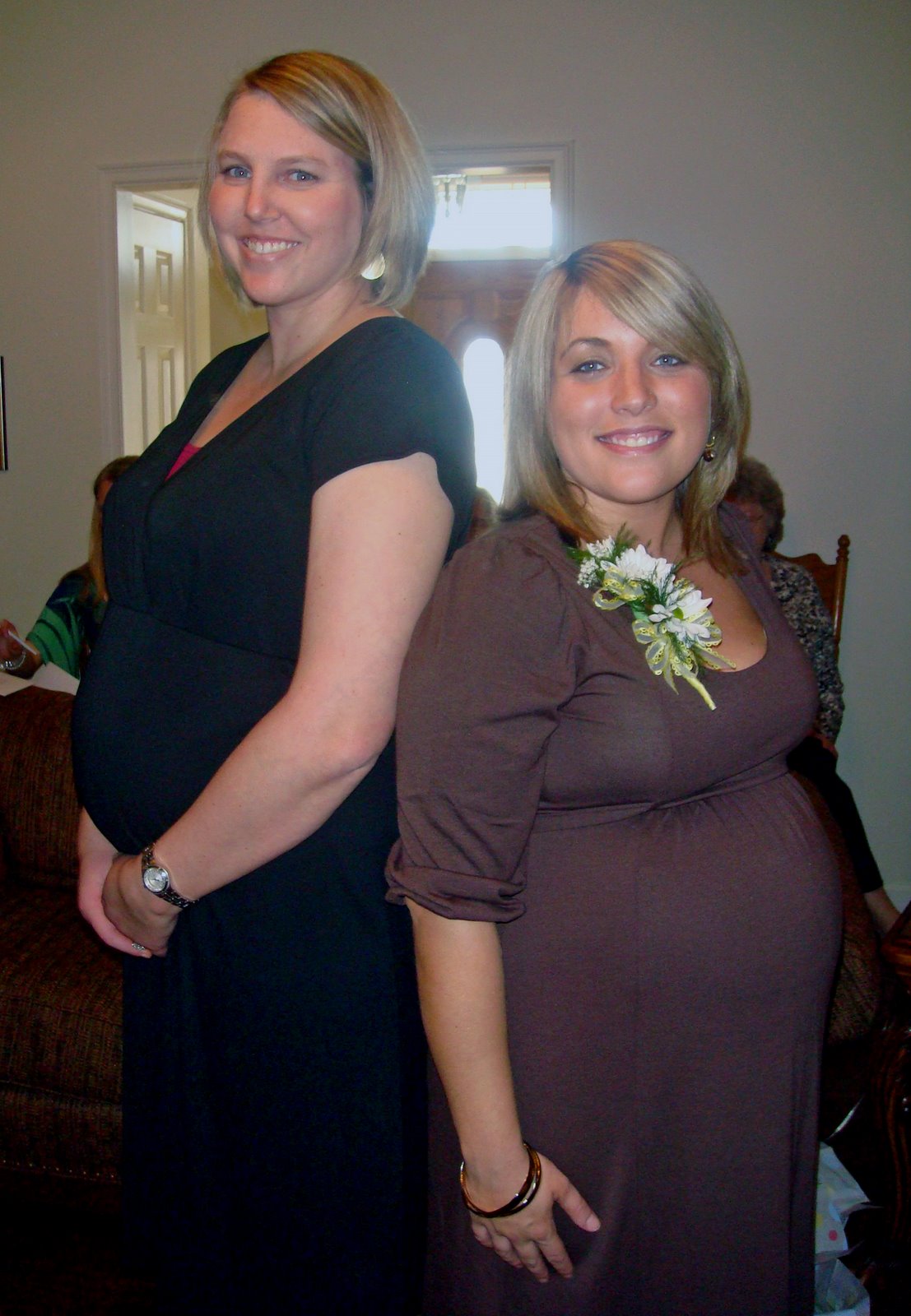 While it’s good that the world-wind of showers has come to an end since I really need to be slowing down some, I did have so much fun being so busy these past couple of weeks. The showers gave me great memories that I can’t wait to tell Clover about someday!

This weekend Zach and I plan to cheat on the whole don’t-leave-town-after-week-34 rule and go to Jacksonville to finish off what we can of the registry! I’m excited to have everything we need, I think it will help for all of this to feel more REAL!