Other than our two cats and two fish Zach and I also have two dogs. All eight of us make up our little family! When Zach and I met he was anti-pets but things have changed and I’ll never forget when Sadie had run away over July 4th weekend and Zach said “She’s part of our family.” I know he may not always act like it but deep down he loves our pets and he would be so upset if anything happened to them. 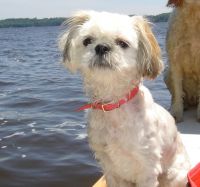 And Zach and I bought Levi, a chihuahua, with our wedding present money last summer. 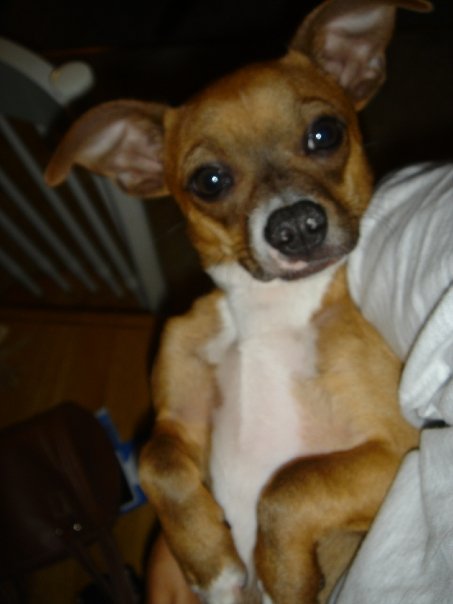 Like I mentioned, we love our pets. However, just like people, pets can have character traits that drive you crazy. Ours are no different. As Sadie has aged she has developed some skin issue where within minutes after bathing her she will start to stink again. Other than just bad odor she always licks licks licks this one spot on her back constantly allllll night long. Levi sleeps in his crate at night but Sadie sleeps with us and this lick sound is so annoying and will keep us up sometimes!
Levi is a very smart dog who is also well trained. You say “crate crate” and that dog will be in his crate waiting for you to give him a treat and close the door. While he is over all well behaved, he does have one area in which he struggles. Barking. I had heard that chihuahuas were a barking breed but I also heard that about shih-tzus and I figured since Sadie doesn’t bark that Levi wouldn’t either. I was very, very wrong.
He barks at everything! I know he is doing it because he thinks he’s protecting me but enough is enough. He barks at anyone who comes over, anyone passing on the street outside the house, any strange noise, any car he sees, and at any pet who tries to be close to me.
When we found out we were prgnant I told Zach that I don’t care how much money it takes: Sadie will stop licking and Levi will stop barking.
I took them to the vet and told the vet our issues and he got me some perscription medication for Sadie (a steroid) to stop the licking and told me she has a flea allergy so I have to get the house sprayed professionally and he gave me a spray to put on the spot if she starts up agian. It’s been about a week and so far the medication is working beautifully! She’ s quit the licking and I feel sure that it’s behind us 🙂
Levi is a tougher fix as it’s his nature to be protective. The vet recommend that I buy a Citronelle Spray Collar. It was $50 and it arrived yesterday! 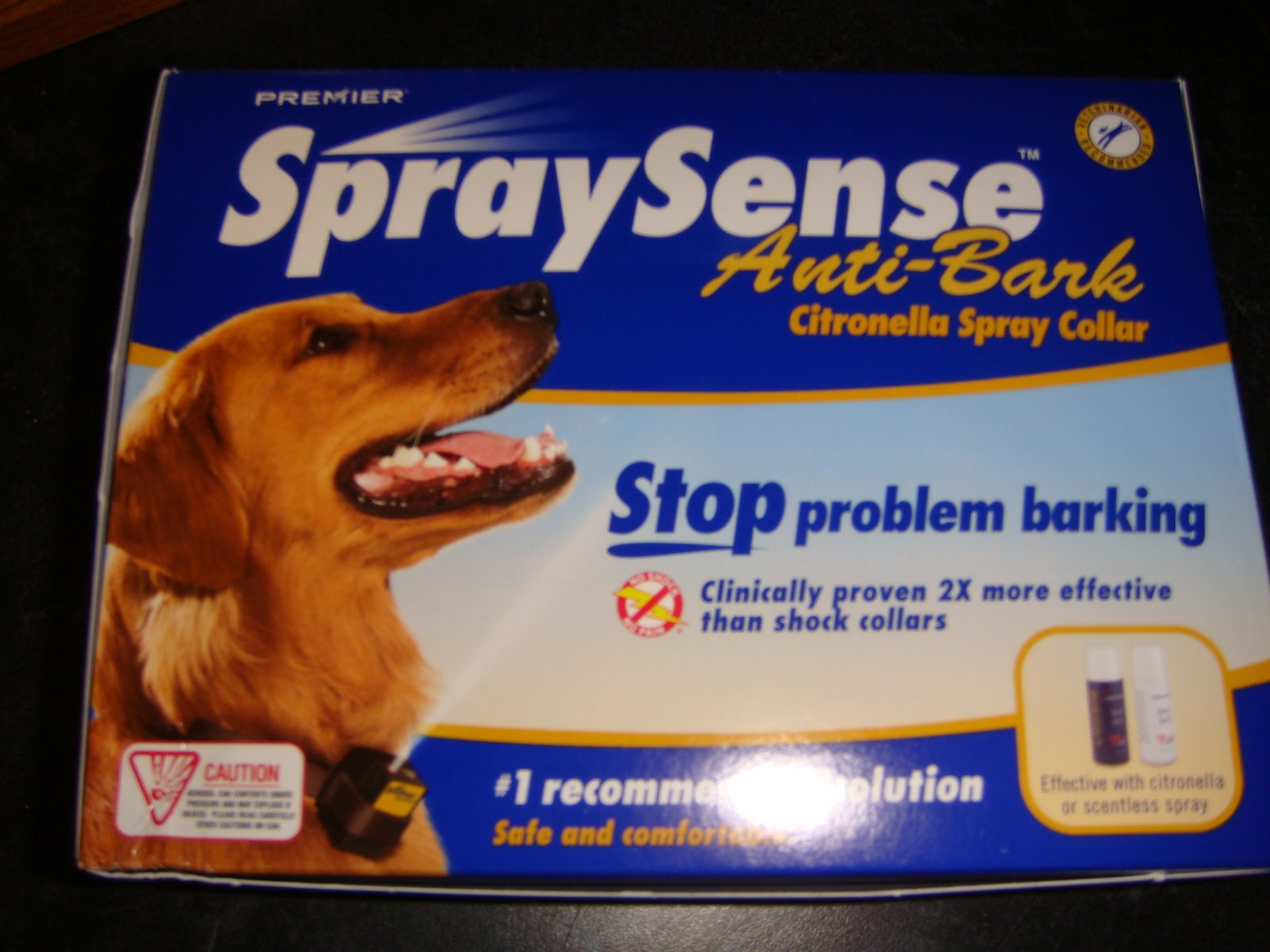 I feel so bad about using it but I read all the instructions and put it on him…and it’s AWESOME. He’s figured it out very quickly that when he barks it will spray him in the face (it doesn’t shock it just omits an odor that they hate). After just one time of having a barking attack (and therefore a spray attack) he has figured it out and will bark once then quit. 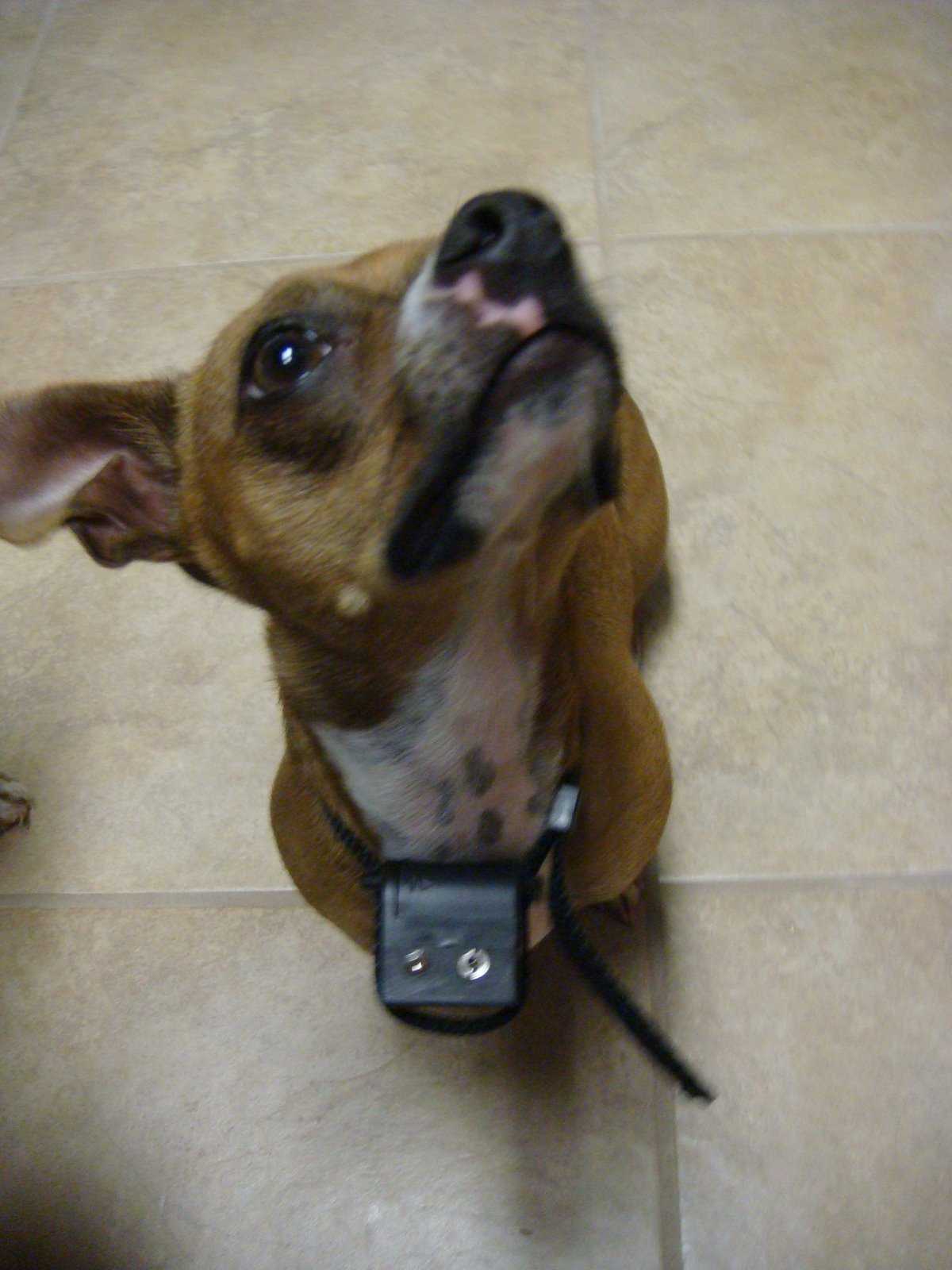 The directions say that as soon as he stops barking to say “Good Quiet.” So I’ve been doing that and it’s made such a difference already! Last night I had it off of him and he barked once and I said “Levi Quiet” and he quit!!!
Turns out the collar even goes off when he growls so he has been attacking the other animals less too and when they do play he’s being QUIET! It’s really a miracle as we can finally live in peace and my little puppy has even changed his overall attitude. In less than 24 hours he’s become much more peaceful and sweet. I honestly think the need to bark stresses him out and by relieving him of that “duty” he is so much happier! I’m so thankful and feel a lot better about bringing another member into this family!
A few other things we plan to change include their nails, we hope to find a tool that will help them not be so sharp. Also we plan to move their crates out of what will be the baby’s room and help them adjust to that room being off limits. I am still a bit concerned about Levi’s possessiveness over me and I have borrowed a baby doll from Ashley that I have been holding and giving attention to in order for him to realize he will no longer be the “baby.” Still lots to do but already they have had so many improvements! I’m proud of my babies!!!