Kye is SUCH a big baby! When he was born I didn’t really think he was very big..he was smaller than my birth weight! He weighed 7 lb 6 oz and then dropped down to 6 lb 13 oz a couple days later, imagine my shock when he was three weeks old and weighed 9 lbs!!! 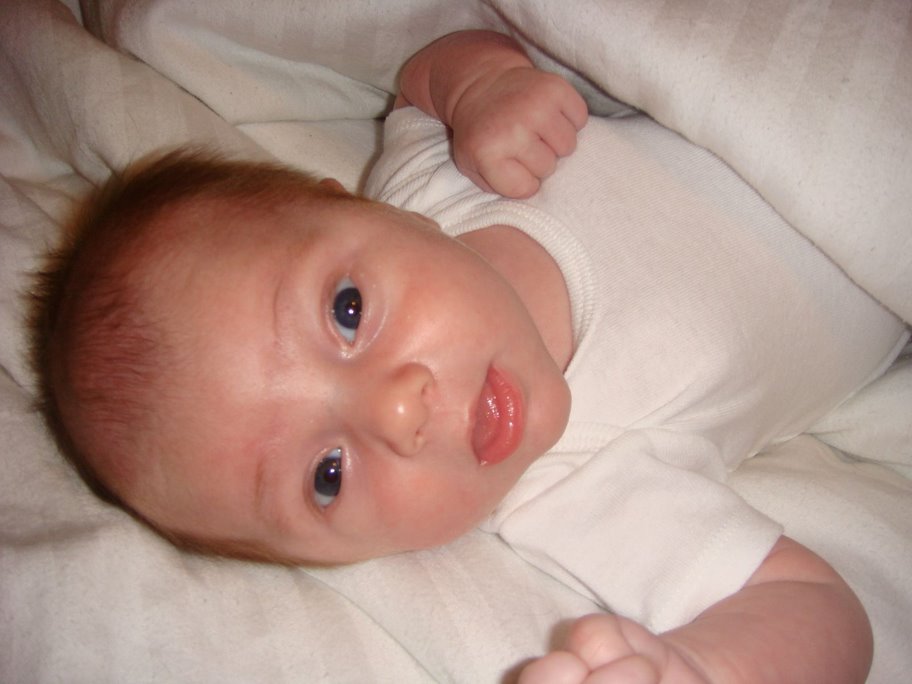 I seriously couldn’t believe it and was shocked again when one week later he weighed 10 lb! As of the 14th he is weighing in at 11 lb 10 oz which is insane for a baby his age! He’s only 6 weeks old!

I know all the weight gain should have convinced me that we have a big child but they are just numbers and to me he is still a baby! How am I supposed to know? Well going to church yesterday REALLY showed me just how big he is! 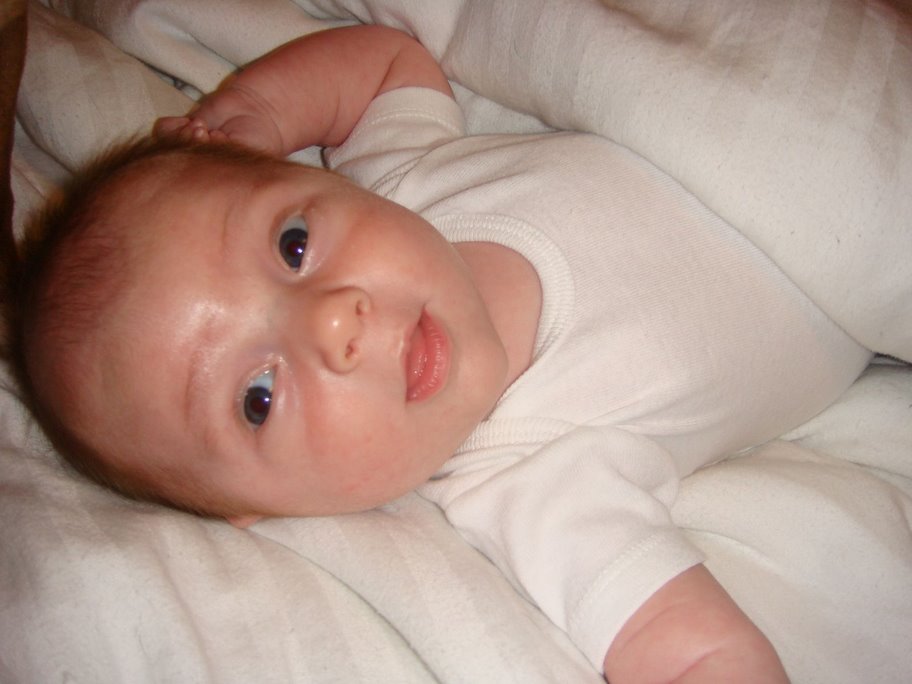 It was the first time at church where we actually made it on time…we gave him a bottle of my milk during services and managed to keep him awake through the whole thing! He only got fussy once and it was during the closing prayer so it wasn’t a big deal.

After church we stuck around for an HOUR talking to people and letting everyone see him and hold him (I’m glad he’s “officially” allowed in public now!). Other people brought their babies over and I was able to do a comparison, and I’m shocked! 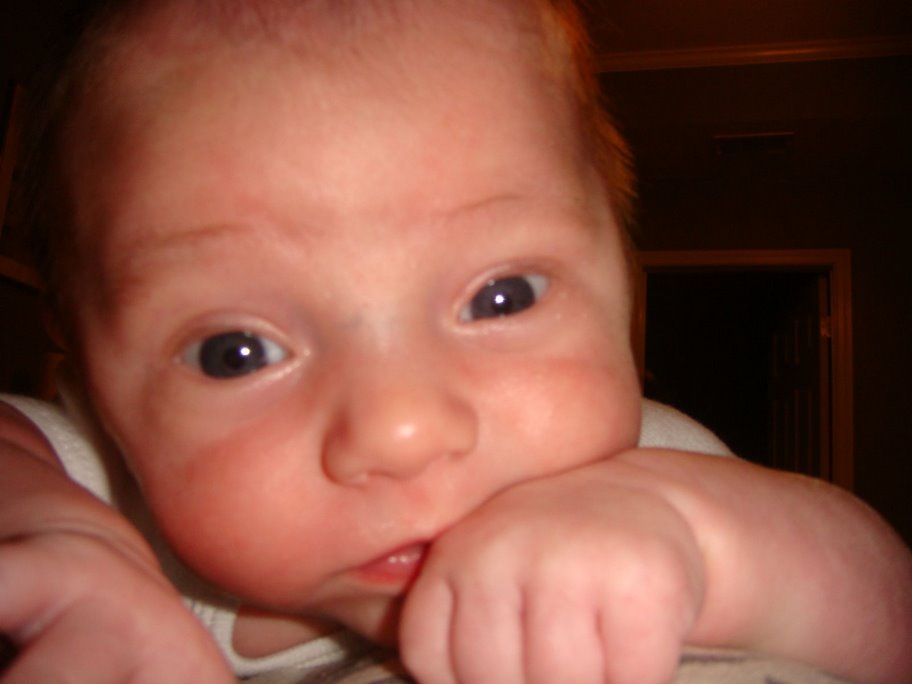 A cousin of Zach’s had a baby boy Feb 18th (so 3 weeks before Kye was born right?) and he weighed 7 lb 8 oz at birth (bigger than Kye) and he is now only 8 lb! And is still TINY and in newborn clothes! Kye’s been in 3 month clothes for 2 weeks!

Then another baby came over and he was born in December (so he’s 3 months old about) and he only weighs 13 lb!!! Not much more than Kye and they look like the same size! Crazy huh? 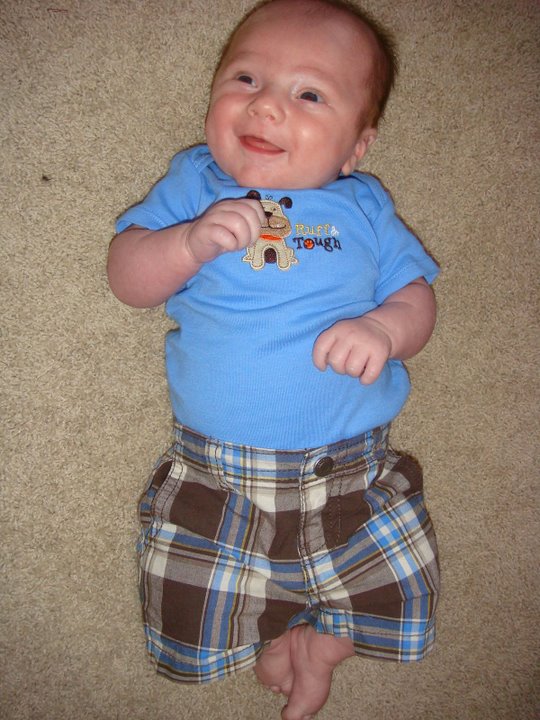 It is hilarious to me that I have had such a big kid. I’m sure he won’t ALWAYS be big but he is right now and it’s funny b/c I look like an idiot trying to lug his heavy, heavy car seat places. Even if I’m just running into the bank I unload his stroller. His car seat is THAT heavy!

It’s ironic that as I was writing this post I went to check on him (well put his paci back in because he was screaming) and I noticed he was kicking his legs and that they came to the very very end of his swaddler! Time for size Large! Also when changing his diaper I noticed the size ONES were too tight…so we pulled out some transition ones we had (size 1-2) and they fit! We have like 7 boxes of size 1s to return and about 50 or so loose ones that we didn’t use out of the ONLY box of ones that we opened! 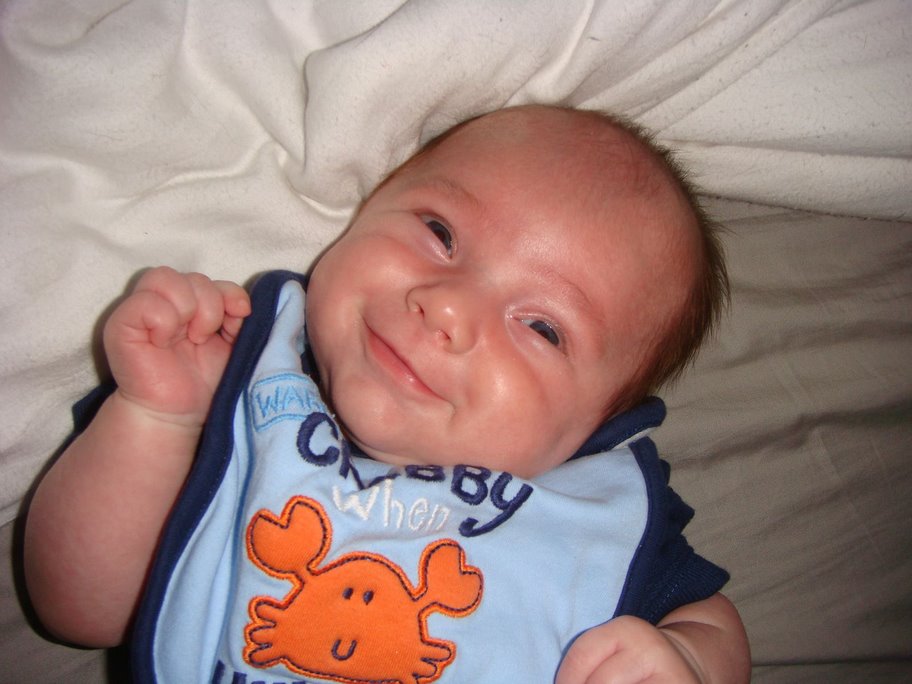 I for sure don’t plan to take tags off of his 3 month sized clothing as at the rate he’s going they will be too small very quickly!!!

It’s so neat how quickly he grows and changes, it’s fun to watch and be a part of. I wonder WHY he has gotten so big? I know I read that formula fed babies gain weight quicker than breastfed babies because they get a lot more calories. The only thing I did read is in Babywise it said that some study they did found that Babywise Babies gain more wait than non-Babywise babies…I guess it has something to do with them being on a schedule? Well whatever the reason I already look at him and find it HARD to believe that just 2 month ago he was my little Clover living in my tummy 🙂