I know I just wrote a post at how much books made to movies suck but last night Zach and I had a date-night and watched the BEST one I’ve seen recently! Well actually, I should say re-watched.

Back when it first came out I saw The Da Vinci Code (before having read the book) and wasn’t that crazy about it. Zach and I both recently read the two Robert Langdon character books (Da Vinci and Angels and Demons) and rented the movies. We watched the movies in the order the books were written so we watched Angels and Demons first! It was HORRIBLE. Last night we watched Da Vinci Code and were pretty excited about it. After visiting Paris last April we were excited to see the Louvre and other sites that we’d had the chance to see in person. I figured I’d enjoy seeing the sites but that the movie would be just as horrible as Angels and Demons.

This movie followed closer to the book than ANY of the movies I’ve seen recently! It even had SEVERAL exact lines!!! The casting was great and the movie developed beautifully. While Angels and Demons was straight action, Da Vinci Code took it’s time and told a true STORY. There actually wasn’t much action at all and they included a LOT of the history! There were, of course, some changes to the original story in order to speed things up to fit in a movie time slot. But the changes they made were ones that made a lot of sense and did NOT affect the actual story or plot in any way. I was so impressed! 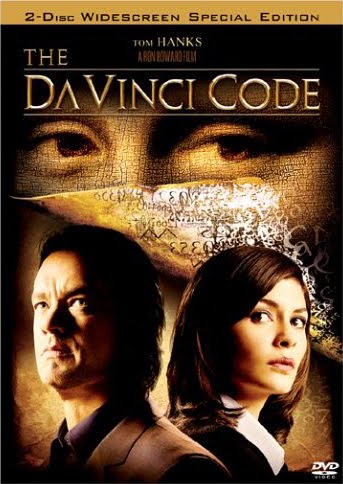 This is the first time I can think of where reading the book actually made the movie even better! I enjoyed it MORE the second time than the first and Zach and I both agreed that having the knowledge from the book made the movie more interesting and exciting! Go read it then rent the movie!

I think it’s been a really fun thing for us as a couple to read books “together.” Technically we take turns reading the same books but I have enjoyed seeing Zach begin to love books and enjoy them. I like that we can talk about the story and the characters and then critique the movie together too 🙂