For Christmas Santa got Kye the Little Tykes Tool Bench. He LOVES it and it’s been one of his favorite toys! Before Christmas I actually saw this bench in my Parenting magazine as a toy recall. It said that babies could choke on the little nails. I assumed when Santa got it for him that it was a newer version and that the nails were fine. They are HUGE so how could he possibly choke on them? 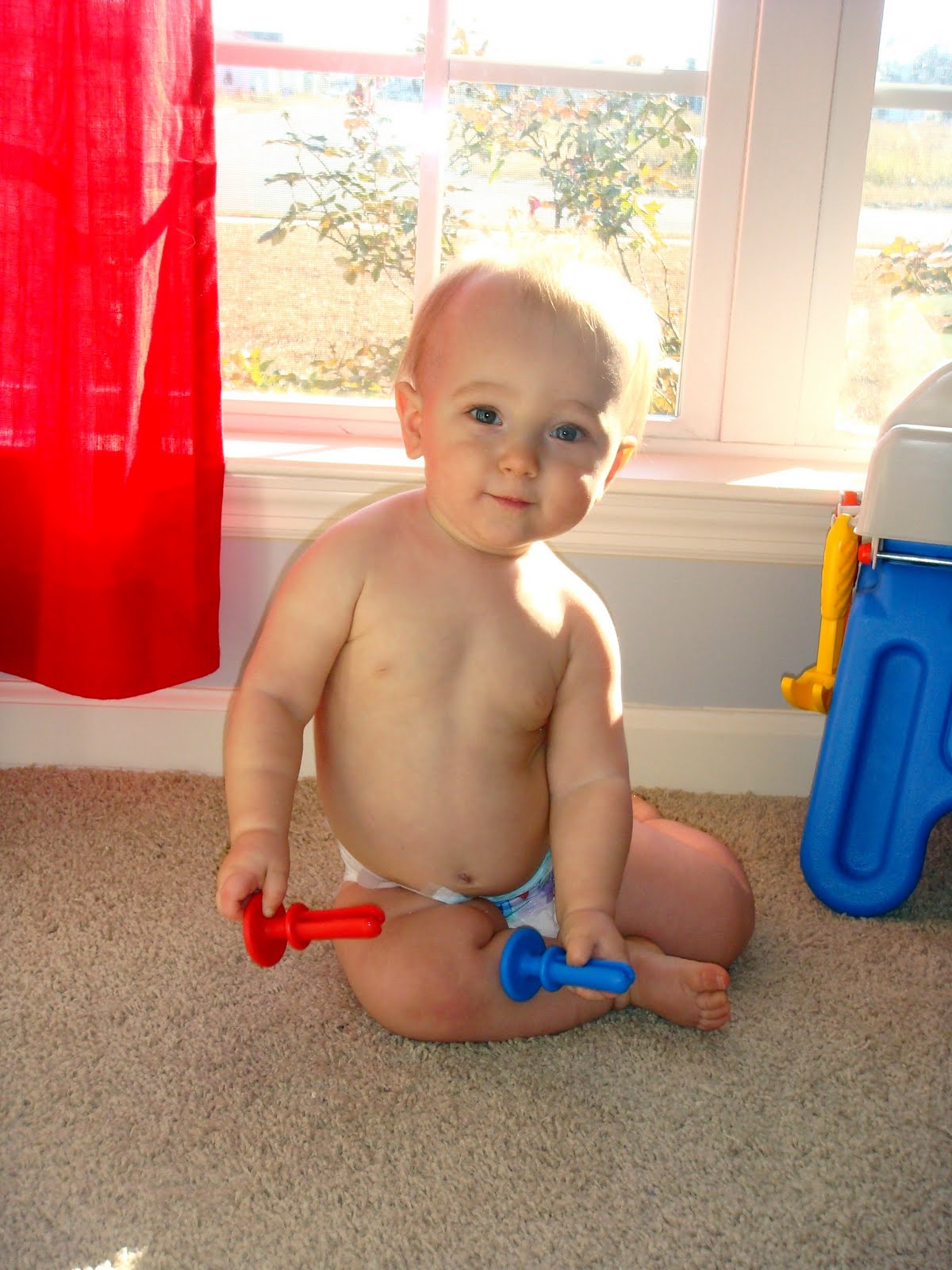 Well I thought it was probably a good idea to call just in case, as these nails have become Kye’s favorite toy! I called the number listed in the magazine and they said that yes, Kye’s bench is part of the recall. I really couldn’t believe it. How could a child choke on these nails?!? I asked the girl about it and she said that one child (an 11 month old) did choke on one of the nails. While she didn’t die, the company does have to replace all the nails on ALL their toys that have them (and three of their toys come with these same nails). Can you imagine how much that will cost the company???? I told the girl that it’s kinda ridiculous, I mean come on. Parents just need to watch their kids! I mean it has to take some serious effort to get this HUGE nail down ya know? 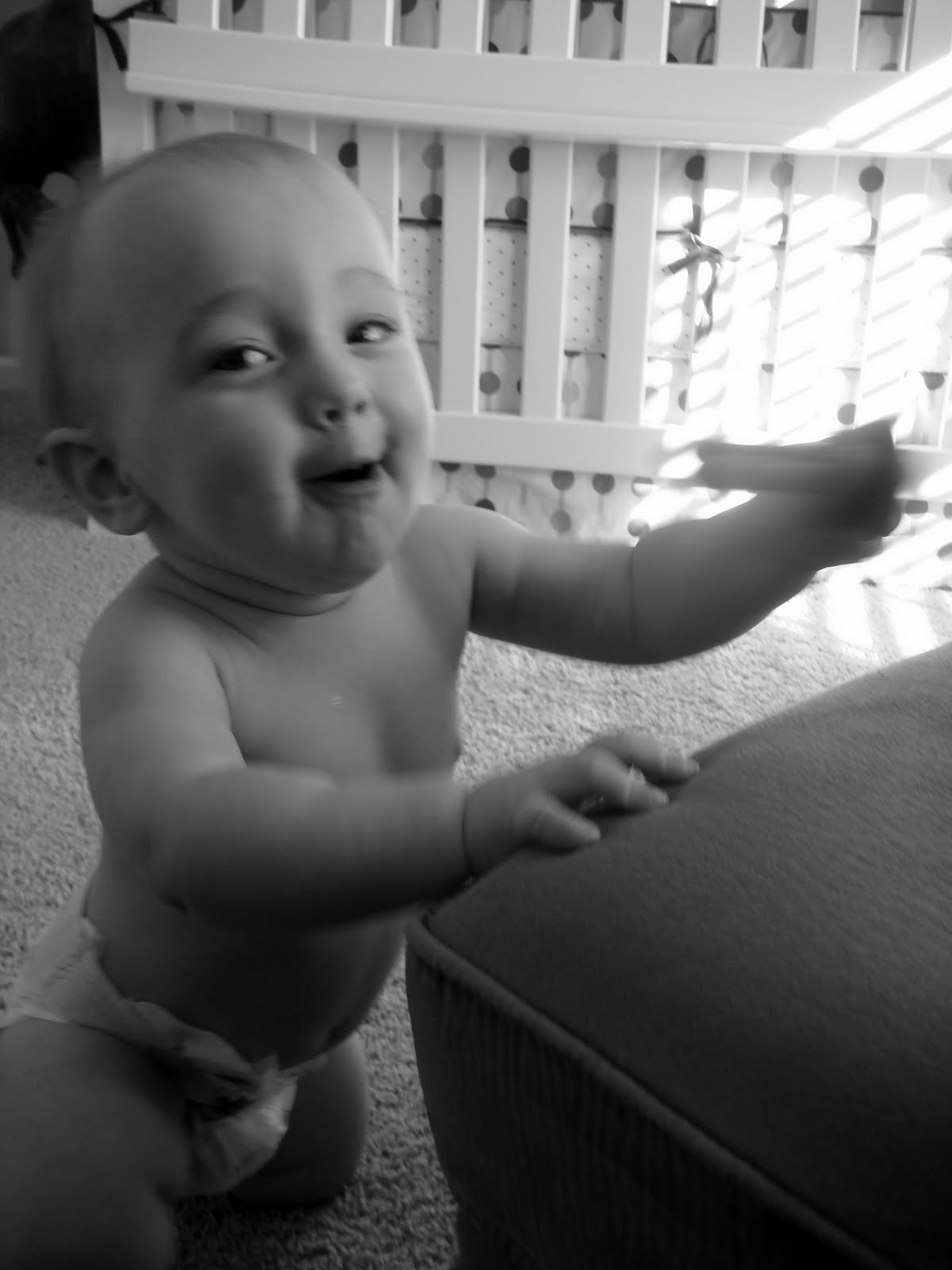 I told her to go ahead and ship out the replacements to me (free for me of course) but in the meantime I feel totally comfortable with Kye playing with them. I mean I watch my child so I don’t see him choking on them!!! Of  course within a few days of talking with her THIS has become Kye’s favorite way to play with the nails. 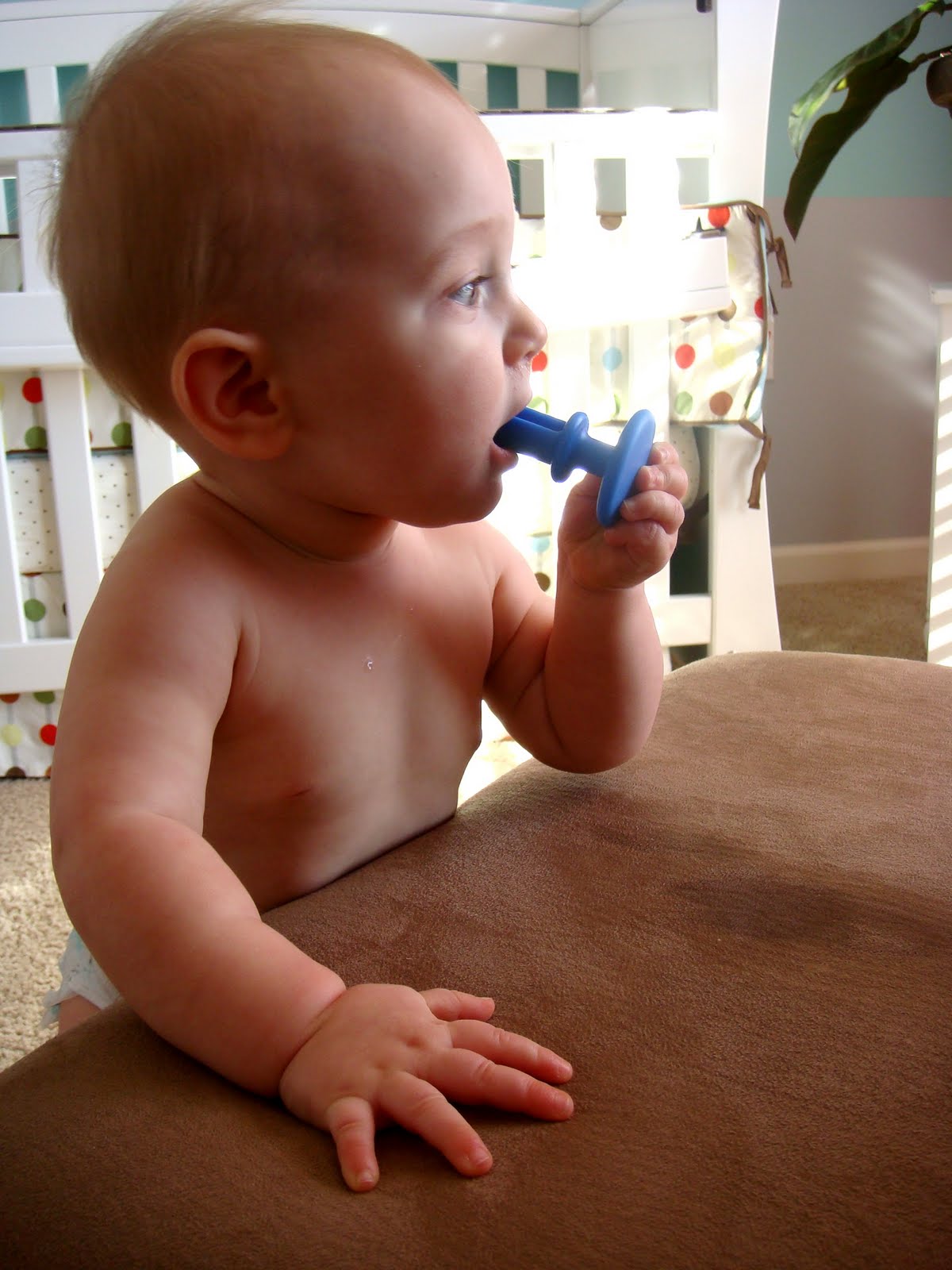 He crawls around with them in his mouth just like this!!! I guess I can maybe see how a kid could choke haha!!! Especially if carrying them in the MOUTH at ALL times!!!

This whole recall thing really got me thinking about how when we buy things for our children we just assume that they are safe. I never think twice about it. If a toy says it’s meant for his age then I feel totally comfortable leaving him alone with it to play. Why would I worry? Well, to some extent we should worry!!! I mean think about alllll those parents who have the drop down cribs. So scary!

While I’m not freaking out or anything about Kye’s stuff, I do think it’s smart to check out the list of toy recalls yearly to make sure the toys our children have aren’t on them. This is the second recall I’ve actually dealt with. The first was with Kye’s pool float and it was okay as his float was made after the recall date. While I’m not some toy safety nut or anything, I do think it’s worth checking out the list and seeing what’s on it! It’s a VERY long list but if your toy is mentioned it tells you how to contact the company and they are all very nice about it. Plus it’s free for them to fix it so why not? Better safe than sorry 🙂