Thursday we had Kye’s 6 month well visit. I know, I know the kid is closer to 7 months than he is 6 months but come his 9 month appointment we’re getting back on the right schedule!

The appointment was at 10:45 which is a little tricky since he eats at 11:00. We decided to go up there very early for the appointment and it worked to our advantage! We gave him a bottle after the nurse took his vitals but while we waited on the dr. then we fed him the solids in Zach’s lap after the dr. left but before the nurse came back to do the shots! It all went pretty smoothly really 🙂

I didn’t have very many questions at this appointment..it may sound bad but I don’t really value much of what the pediatrician has to say. I know they are dr. but I trust myself, my mother, my friends, and Babywise more than I trust them! Oops!

First thing they weighed Kye in and I liked that it was BEFORE he ate so his tummy was empty and it was more of a true reading! He weighs 18.14 lbs!!! Yes, that’s 2 ounces shy of 19 lbs!!! Craziness…He also is 28 inches long and has a head circumfrance of 17.5 inches. He’s in the 75% for weight, 90th for height (yes Zach was SO excited), and only 50th for head (his head still looks soooo big to me though…maybe it’s just the lack of hair…).

This time we actually saw the legit dr. instead of the lady we usually see and he was very nice. She’s more personable but I guess that’s because she’s a woman but he was nice too! I told him we’re taking Kye to Mexico next week and he didn’t even pause. That made me feel very good about it!!! I asked if he’d be worried about going and he said not at all 🙂 I also asked about the flu shot and they don’t have them in yet but I made Kye an appointment to have his on Oct 23rd (and Daddy WILL be taking him!!! I don’t do shots).

I told the dr about my concern with my milk supply and, shocker, he said it’s very normal and typical for that to be happening as Kye eats more and more solids. I told him how he KILLS the solids and he said there isn’t any need to limit his intake (again following my gut and I’m still semi-limiting it) and that he may be ready for Stage 2 foods as they are more filling (that is a pretty good tip but I’m using all the Stage 1 stuff we bougth first before spending more money!). I asked for tips about the sippy cup and he said Kye doesn’t need to mess with that yet (umm WHY?? the kid is already drinking entire bottles from the sippy, I’m not stopping now!)

Kye’s had a small red spot on his theigh for awhile now that kinda worries me so I asked about that and he said it’s a permanent scar probably from a bug bite or something. Now why is that permanent? I’m using Aquaphor on it all the time now to see if it will help it go away. I don’t like that the dr. just assumes it’ll always be there! Stupid!

He said Kye looks great though and that the circumcision looks great (I always worry about that since it’s not an area I’m too familiar with haha) and that he’s about to break in a tooth!!! Every morning I wake up and ask Kye first thing to show me the tooth he got for Mommy and everyday I’m disappointed so far haha!

I left the room for his shots and he had Hepatitis B, Polio, Pneumococcal Disease, Diphtheria, Tetaus, Pertussis, and HIB all in 5 little shots. They also pricked his toe to do a hemoglobin check (iron count). I was in the hallway and I could hear my poor baby crying. The nurses all thought I was funny waiting out there like that but it’s not so much about seeing him in pain as it is him seeing how much I hate shots. I have such a hard time with them and I don’t want my fear rubbing off on him. 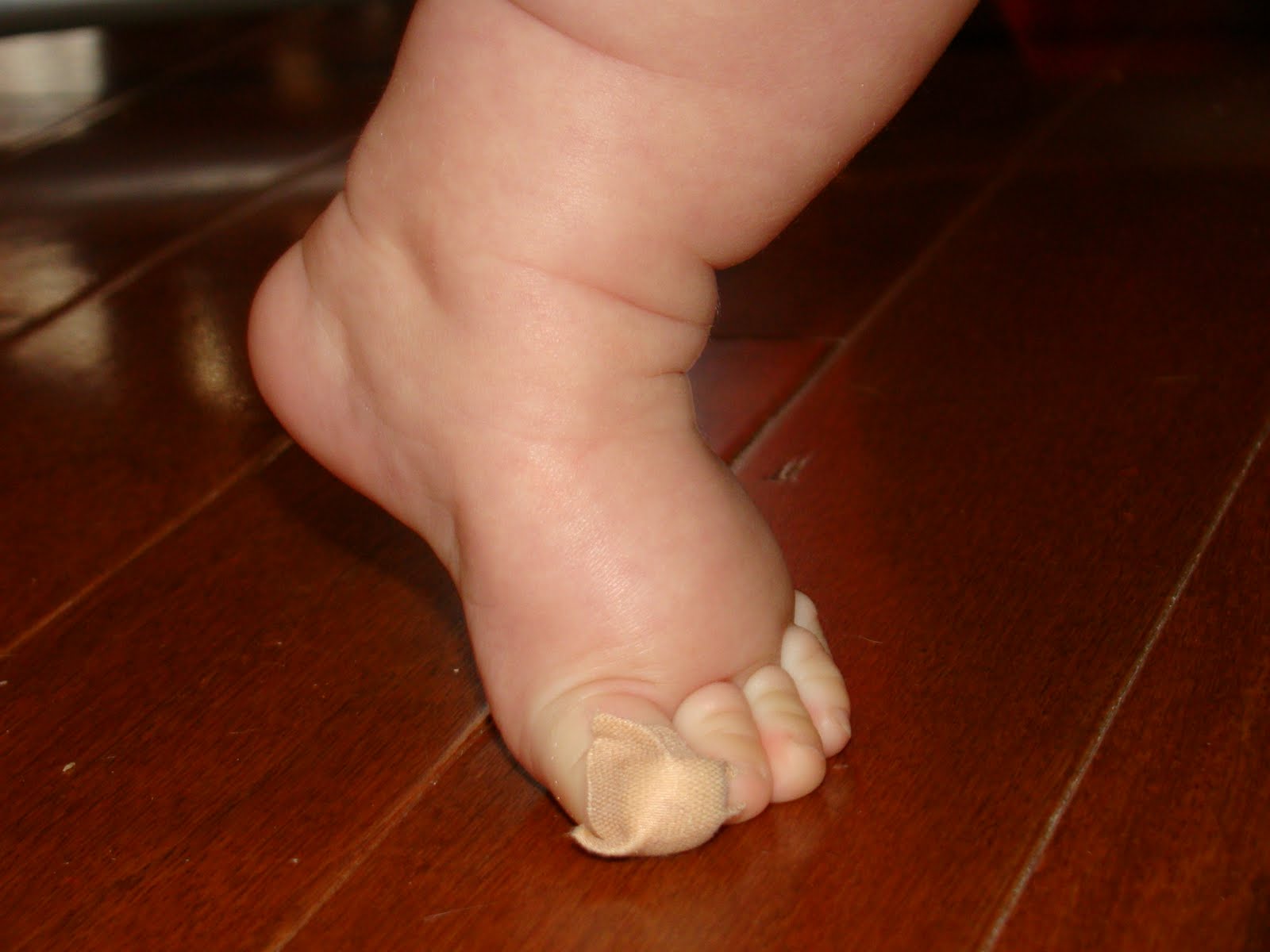 As we were leaving she told me the results of his iron count and it’s the lowest end of the healthy spectrum range. She said that’s very normal for a breastfed baby and that I don’t need to do anything or worry about it. The dr. also said that we will probably start seeing Kye thin out some as that’s normal for breastfed babies as well. I wonder if I packed up his 6 month sized clothes too soon???

Last time Kye had shots it was a ROUGH 24 hours but this time it went much much better. I always give him Tylenol for 24 hours after the shots and he typically needs it for 24 hours plus one extra dose. He needed that again this time but didn’t seemed bothered by the shots AT ALL and slept wonderfully for all his naps and that night!

I’m so happy that the 9 month appt won’t have any shots 🙂 Don’t have to mess with those again until he’s a year old!!! So hard to believe!