Occasionally blogging will have some perks, sometimes those perks are free stuff which I’m totally all about! TOMY sent me a brand new toy to review and the kids were SO excited!

It’s no secret that we love Disney around here and anything Disney related is a win. Target has recently released tons of Zootopia themed toys including the Police Station that TOMY sent to us. It retails for $49.99, has lights and sounds and includes two figurines. You can see more details about it from Target’s website, here 🙂

We recently bought Zootopia on DVD for Zach’s birthday (he and Tess are the only ones in our fam who haven’t seen it) so, of course, we had a Zootopia night. The kids all picked out animal themed outfits, had a BLAST playing with the new toy, then we made popcorn and watched the movie as a family 🙂 Awesome fun night! 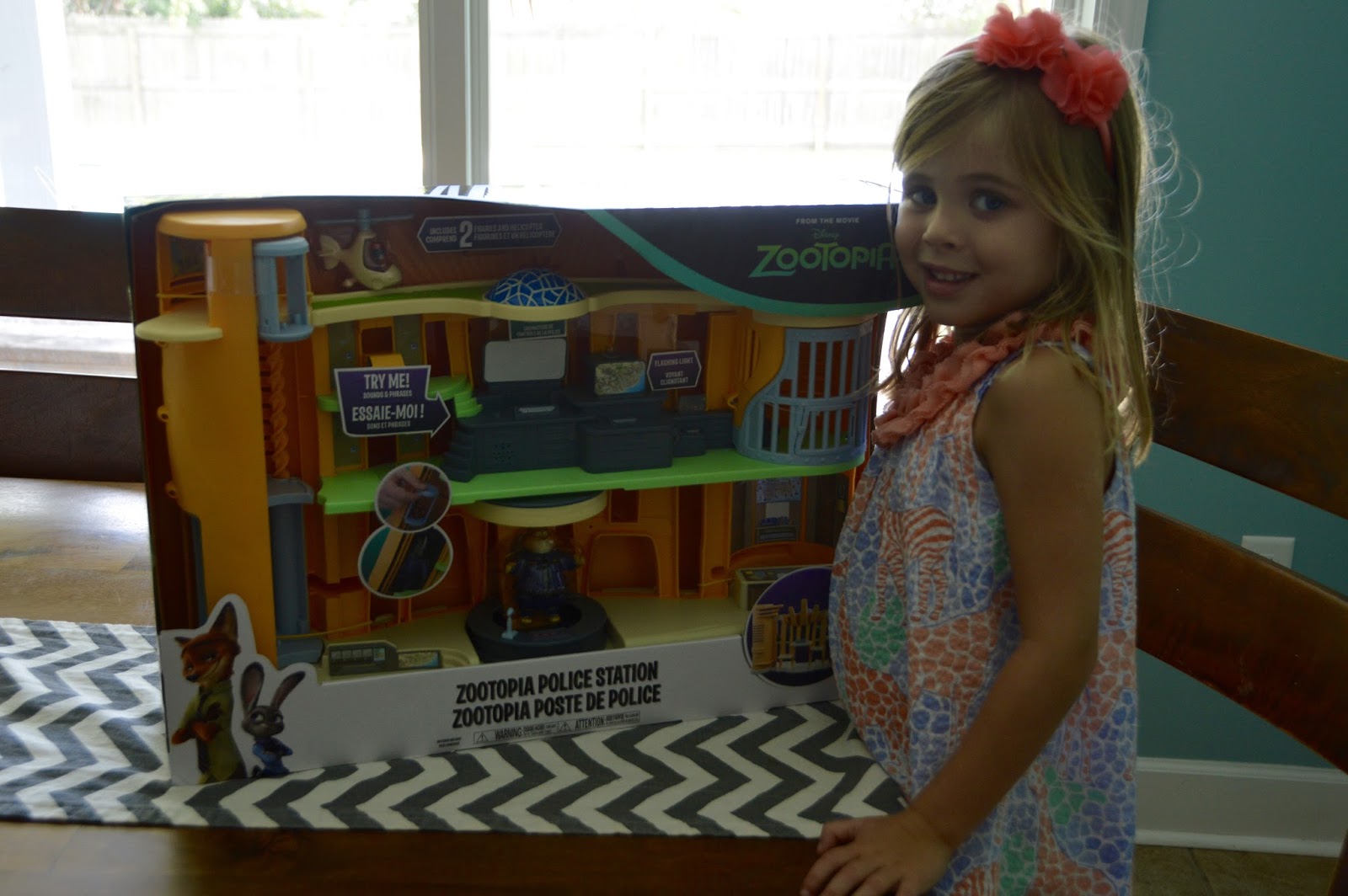 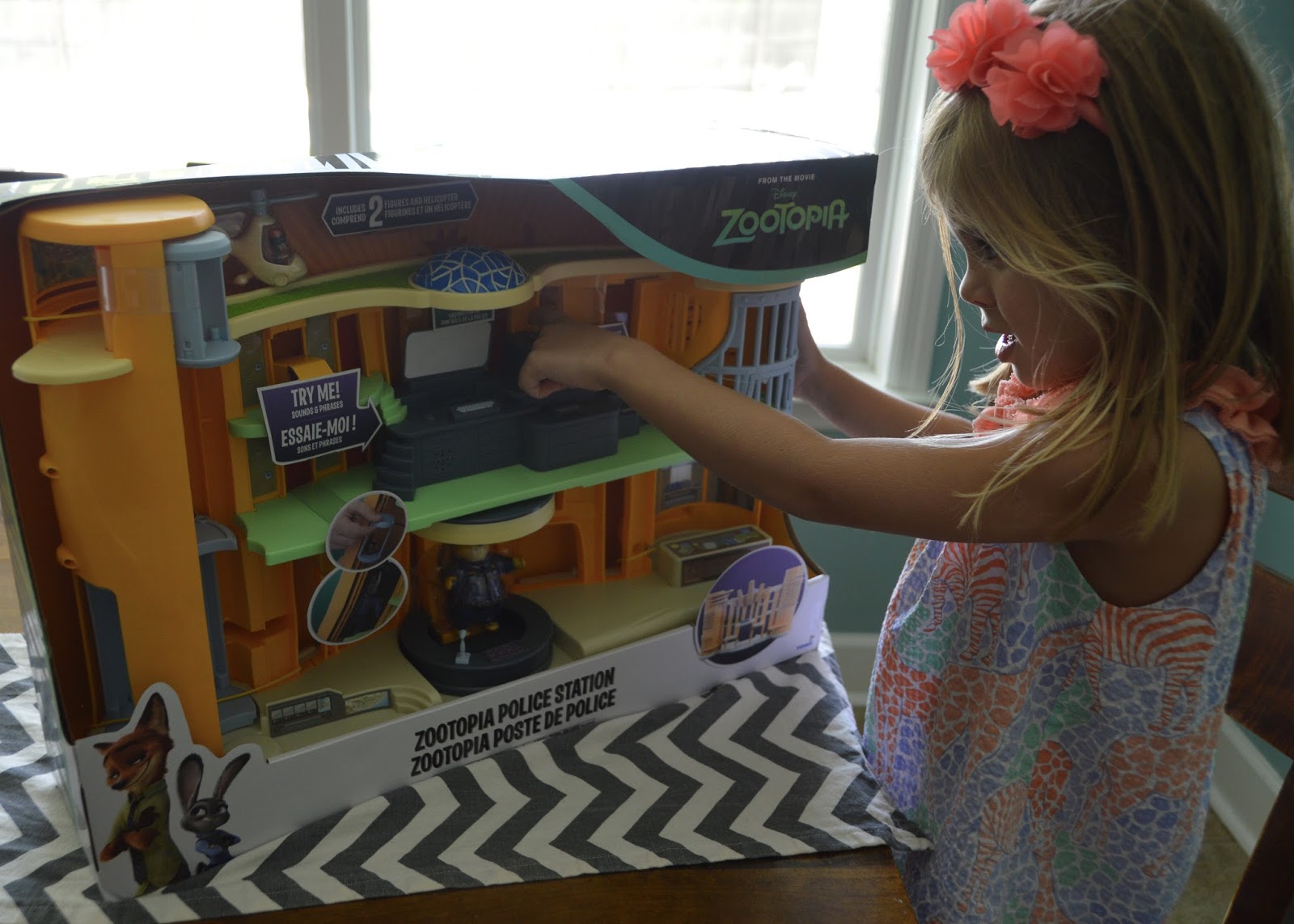 The kids were very excited about the new toy but instantly disappointed because the box features so many of the characters but only two are included (and one of the two is TINY so it doesn’t really count?). I know that’s normal for toys and is a good way to get you to buy more figurines, but it’s still always a let down for a kid! 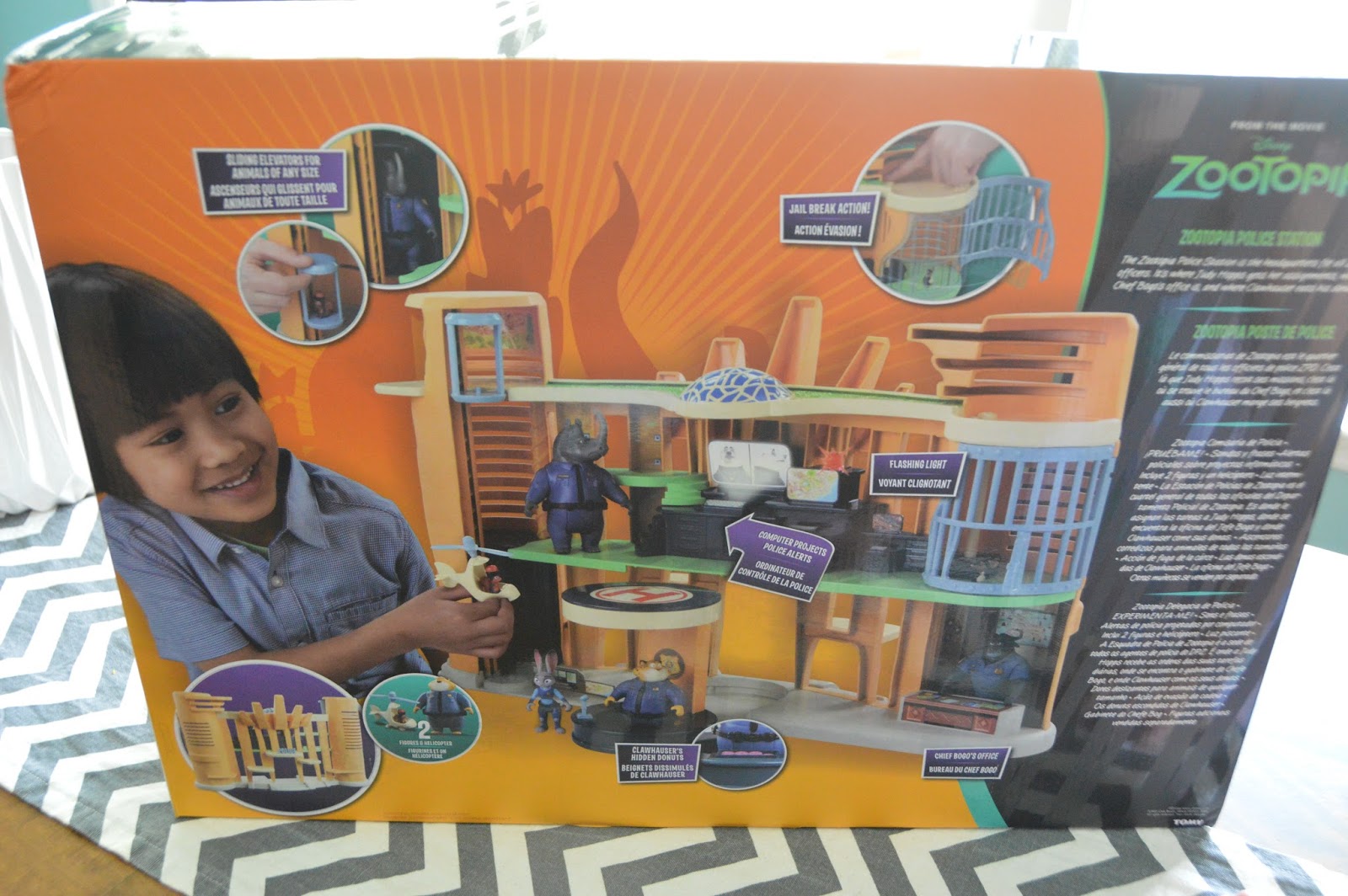 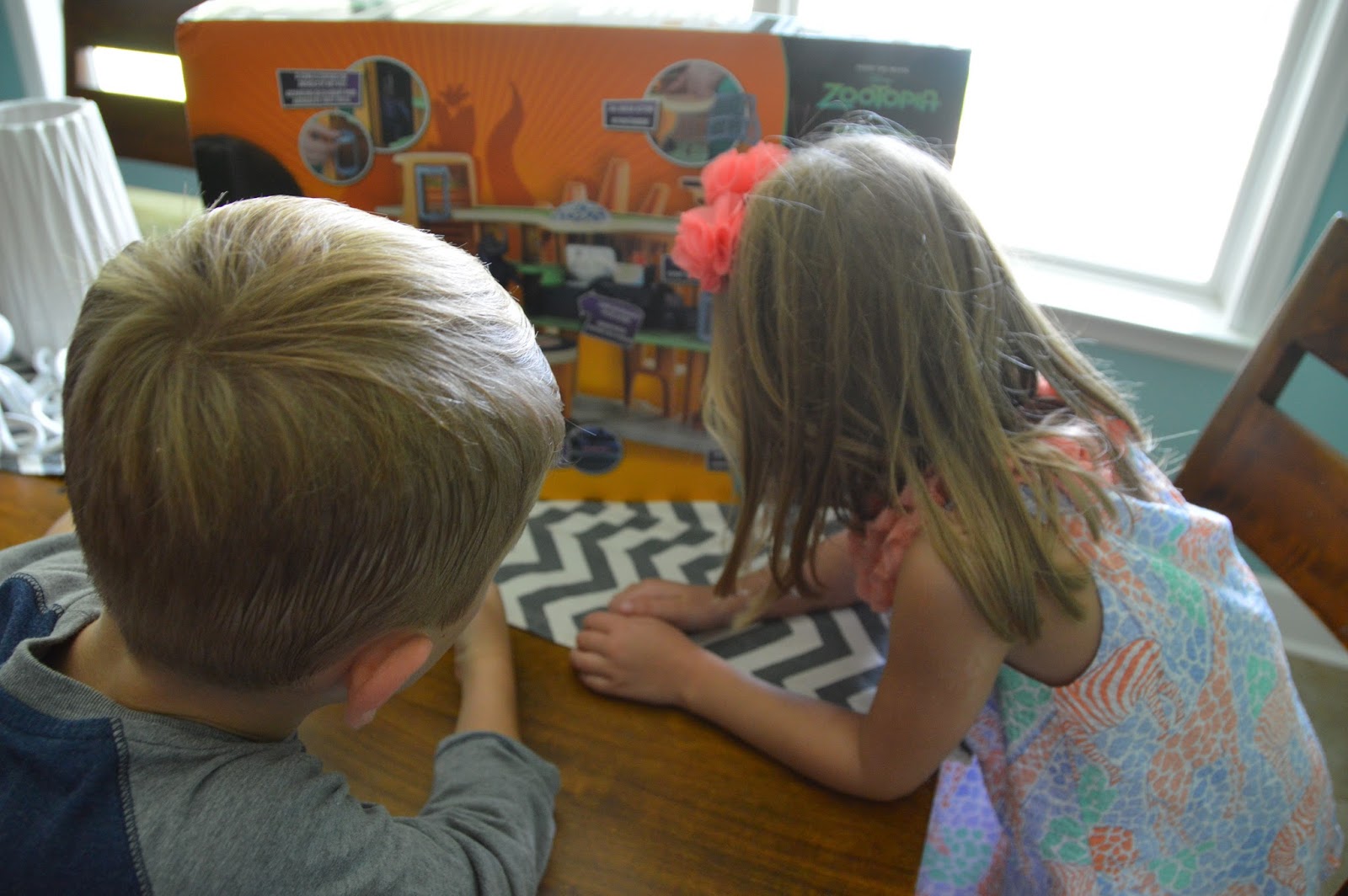 Once we finally got it open and assembled (no fault to the toy, I’m just not good at that kind of stuff and struggled to get it out of the box and to figure out how to put the piece on) they were good to go! Loved that it includes batteries, made my life way easier! 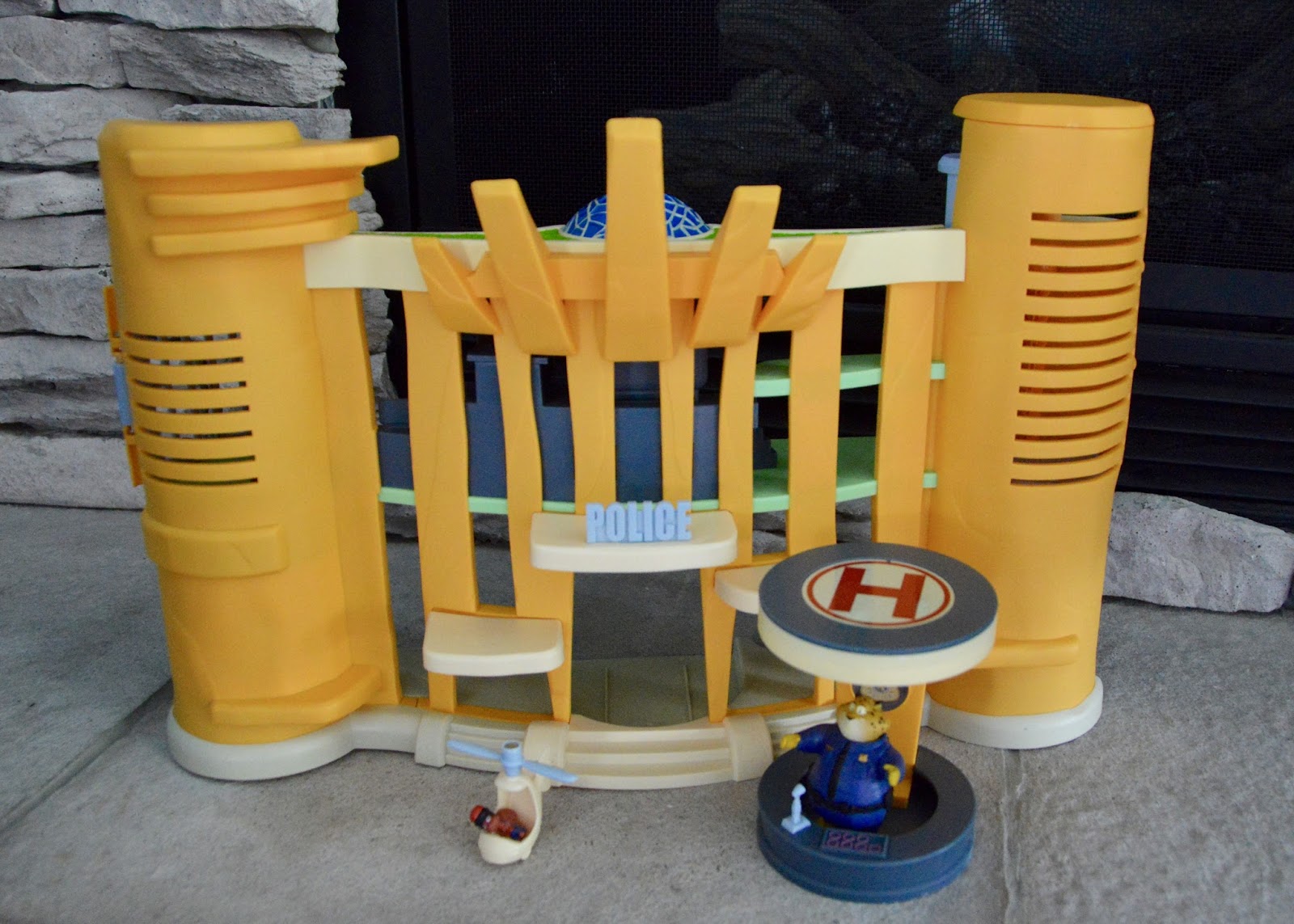 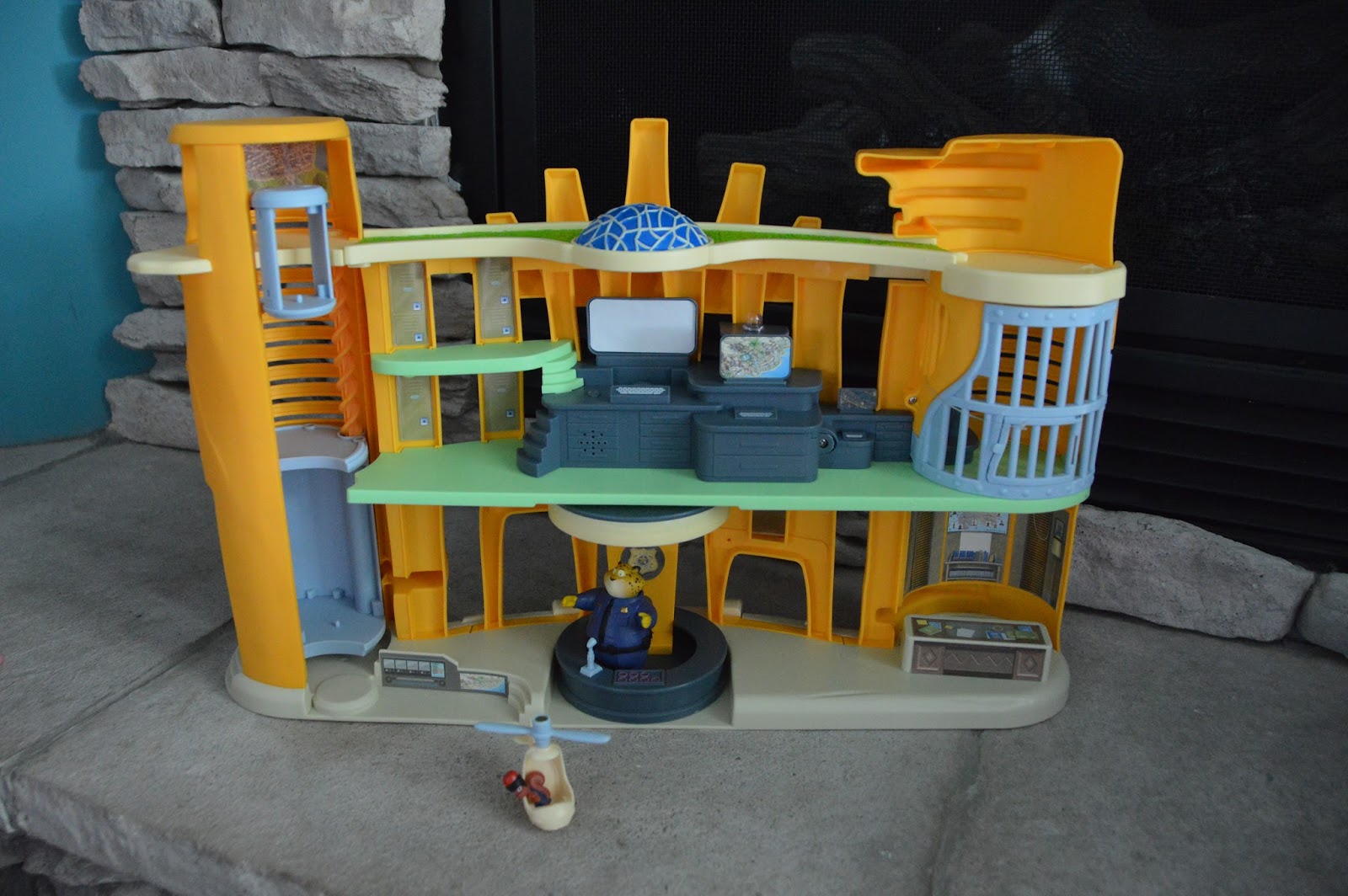 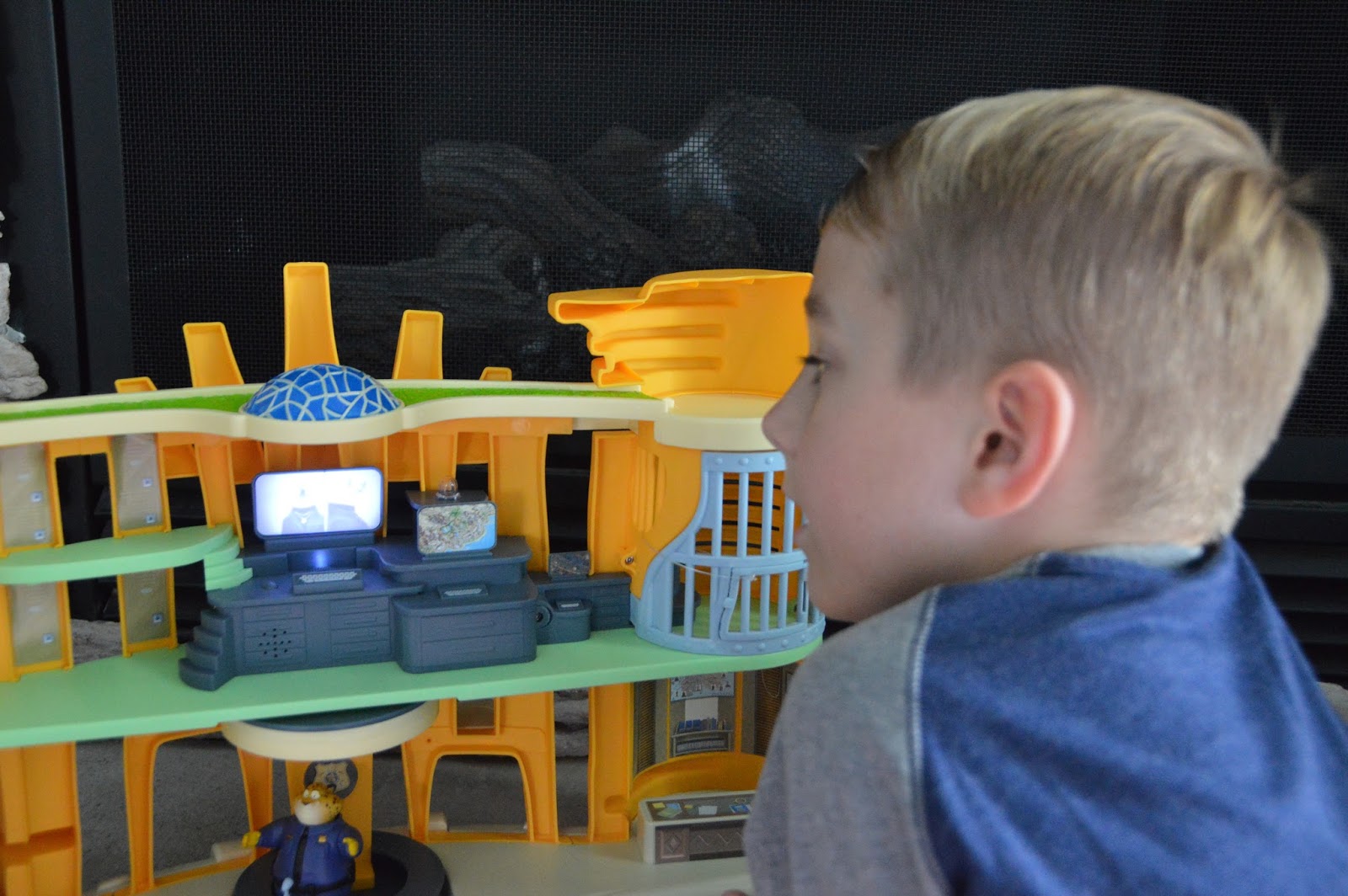 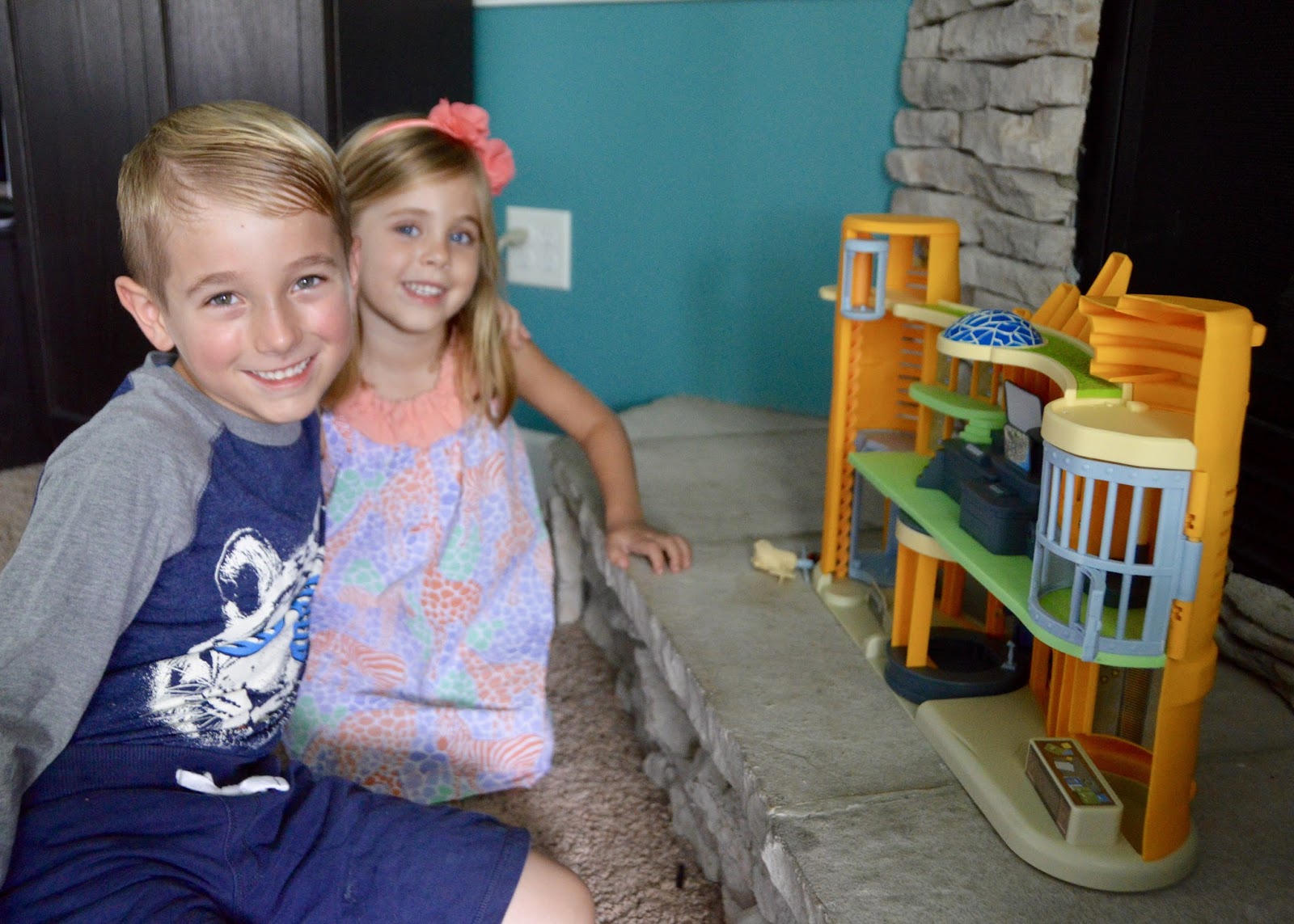 Even though they were a bit bummed that it only includes two figurines, they got over it quickly because we have a bucket FULL of Disney figurines 😉 No Zootopia ones, at least not yet, but plenty of “bad guys” that made for great criminals to catch and put under arrest 😉 The kids loved the whole set but especially the siren, the alert video messages (I was impressed by that too!), and the jail with secret escape! 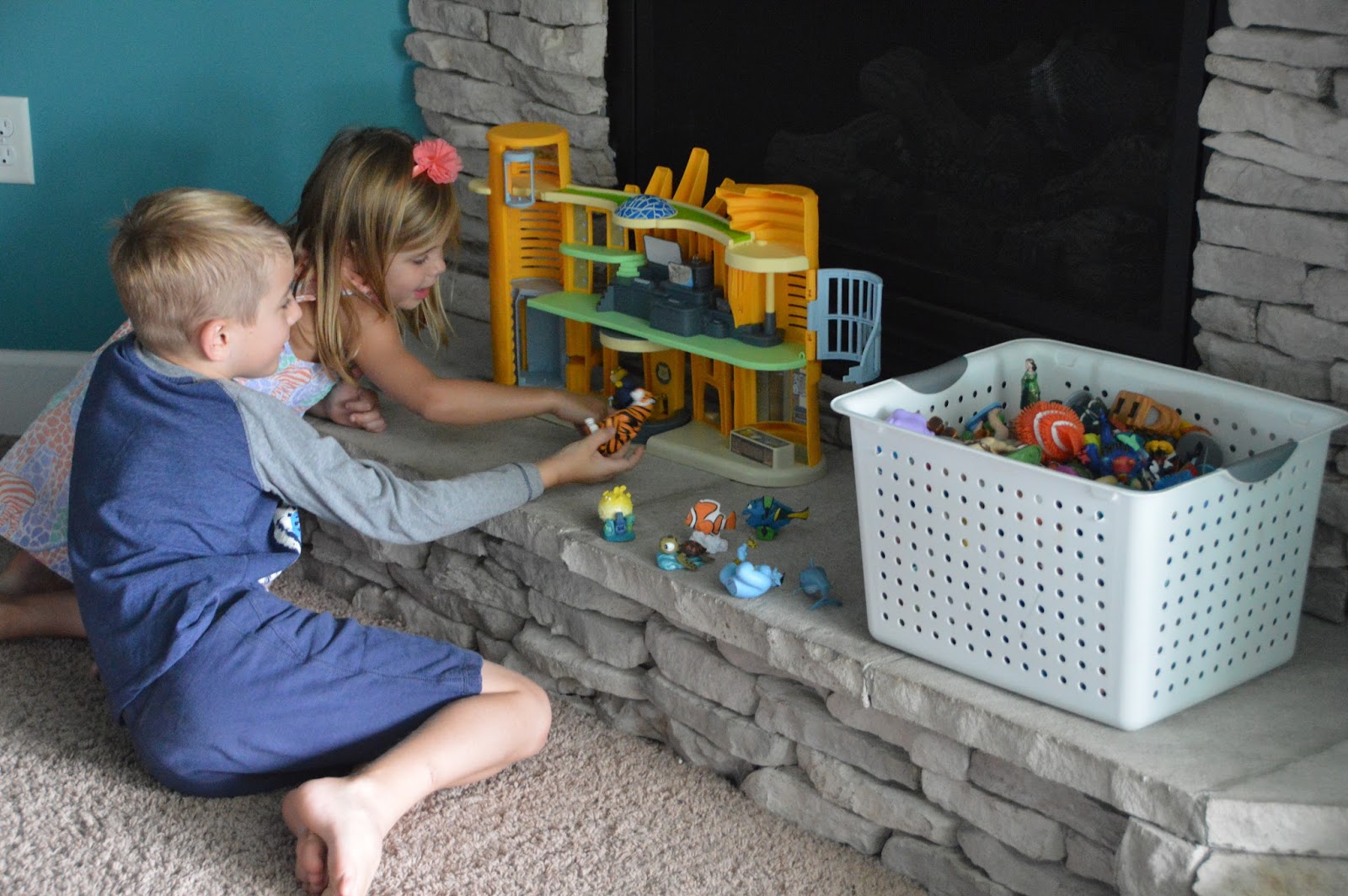 Tess and Carter loved it too! 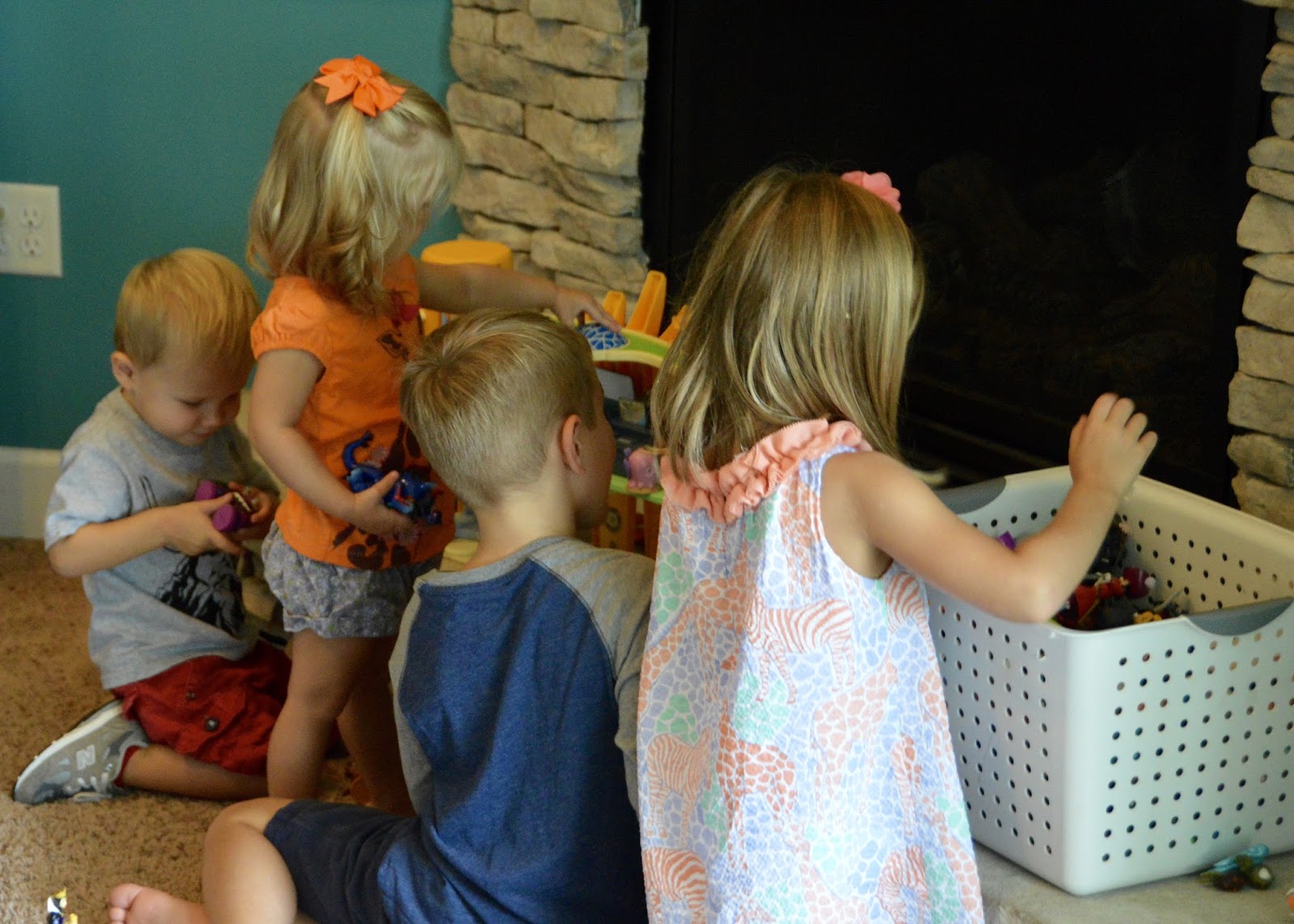 The toy was a HUGE hit and both Kye and Britt have already said they want more of the figurines for Christmas to go with their police station (lucky for me Target sells those too…). We were all super excited to watch the movie (and eat our snacks, of course). If you’ve never seen it…there are some scarier scenes. It surprises me how much my older two get scared during them, even Kye who really doesn’t get scared at all anymore. They are VERY brief scenes though and overall the movie is fabulous. TONS of great lessons can be taken from it and there are lots of laughs too. Tess was precious…it was her first movie night staying up for the whole movie (we started it at 6 haha) and she did AWESOME watching the entire time! It was a GREAT family night and Zach loved the movie too so the birthday present was a success 🙂 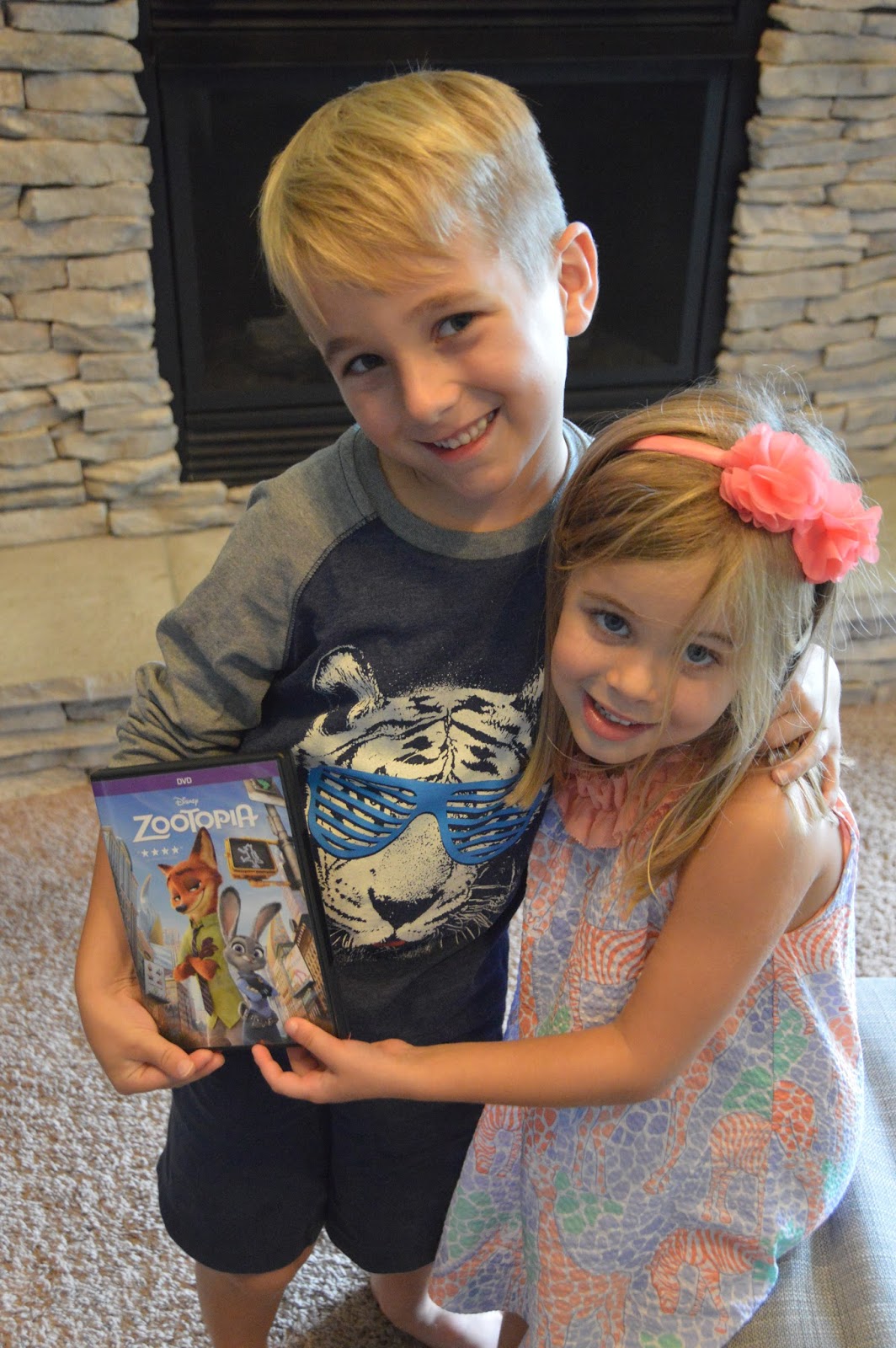 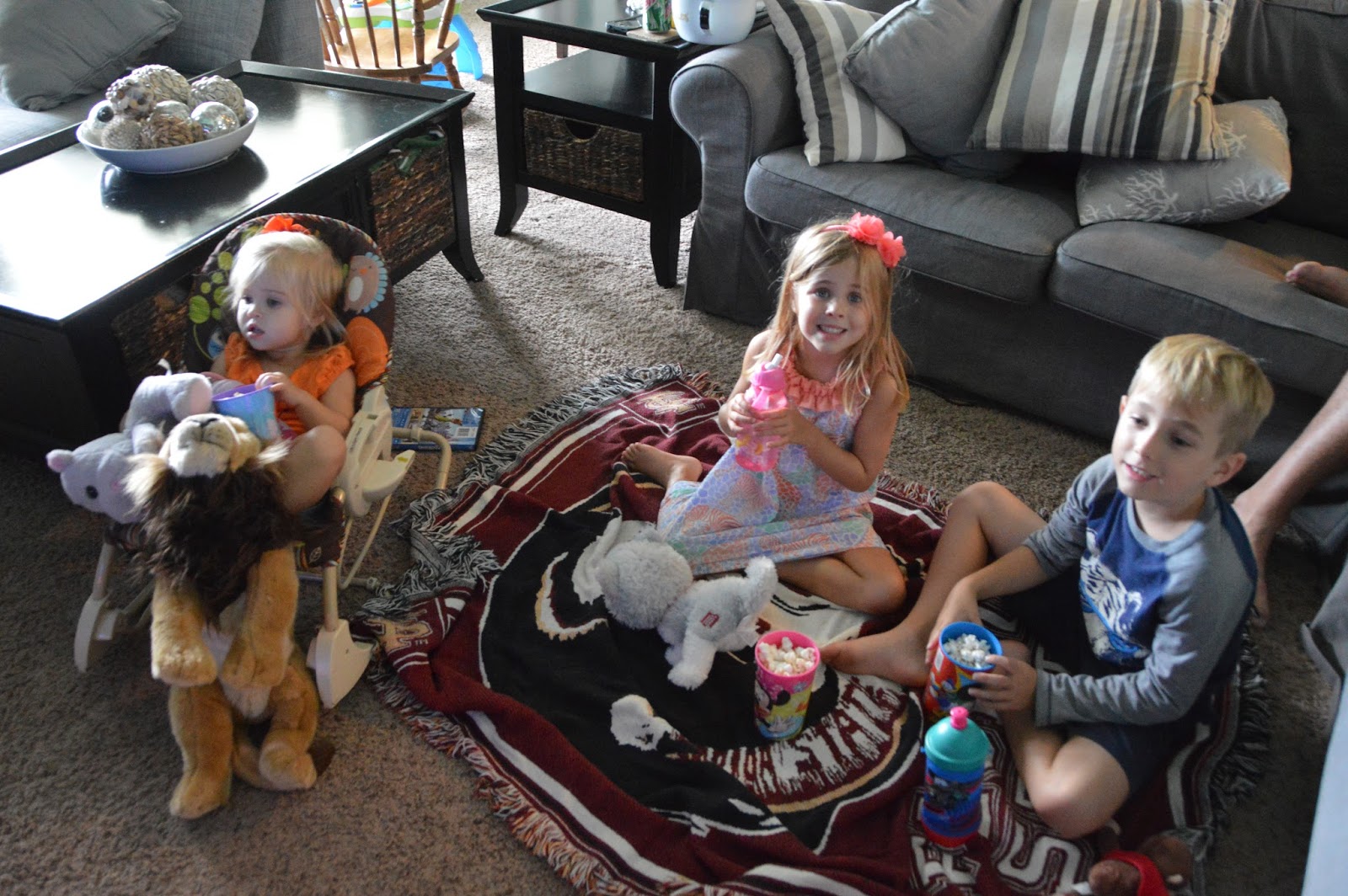