We got to the zoo right when they opened at 9 so we had an hour and a half to explore before it was time for Brittlynn to eat. It couldn’t have worked out better as we happened to walk up to a playground right at 10:30! Kye and I played and Zach started to feed Britt. 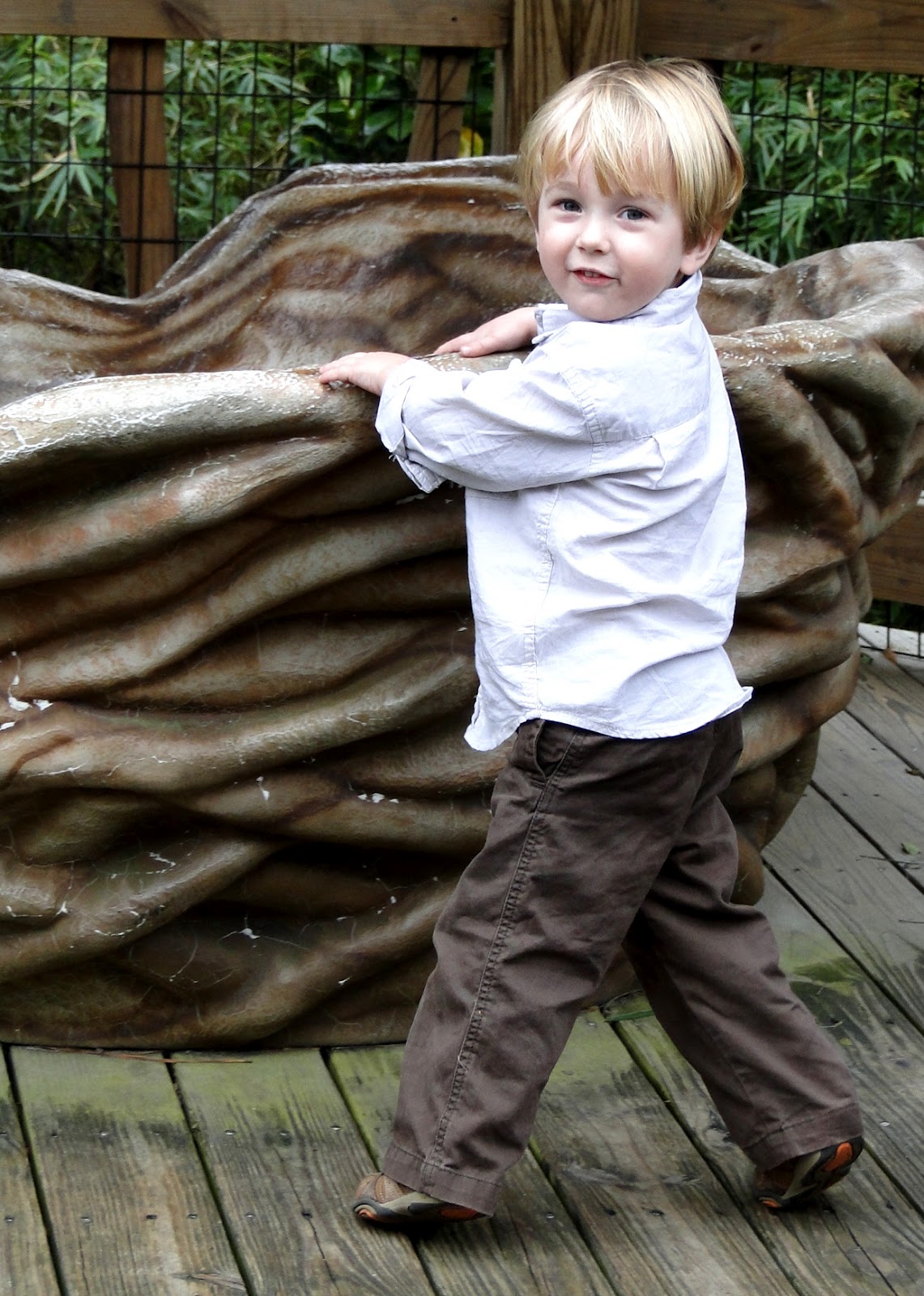 Such a great Daddy! 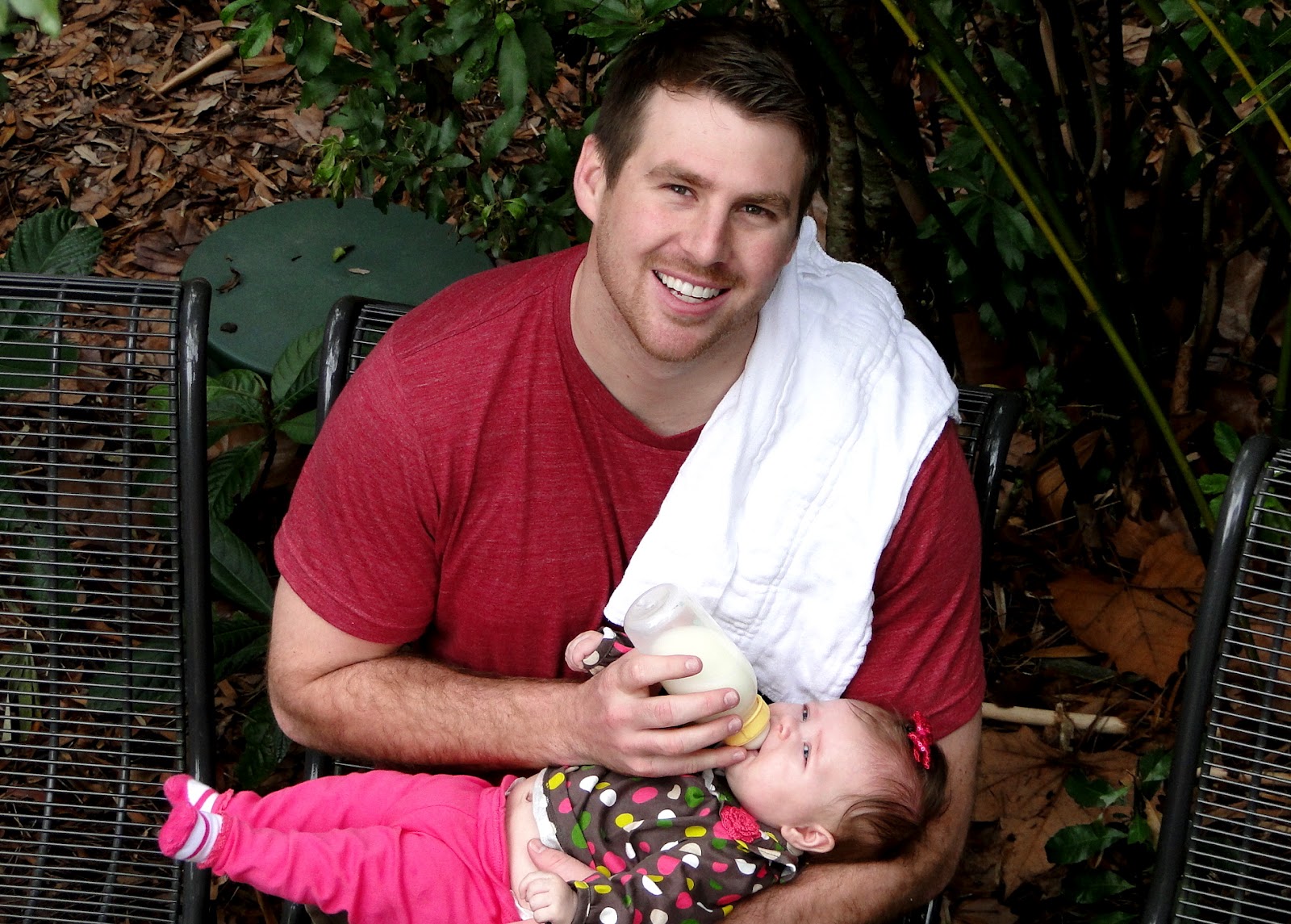 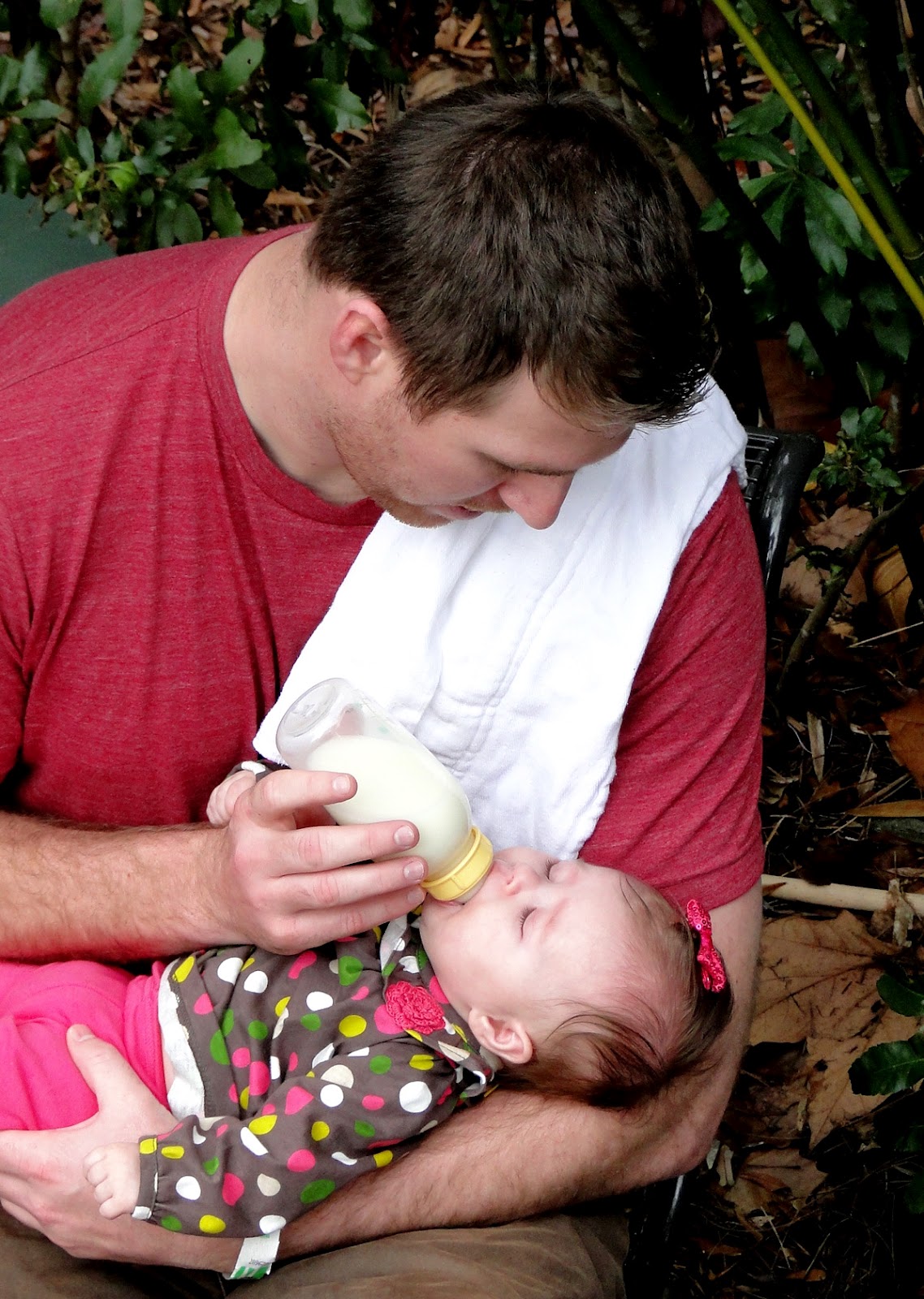 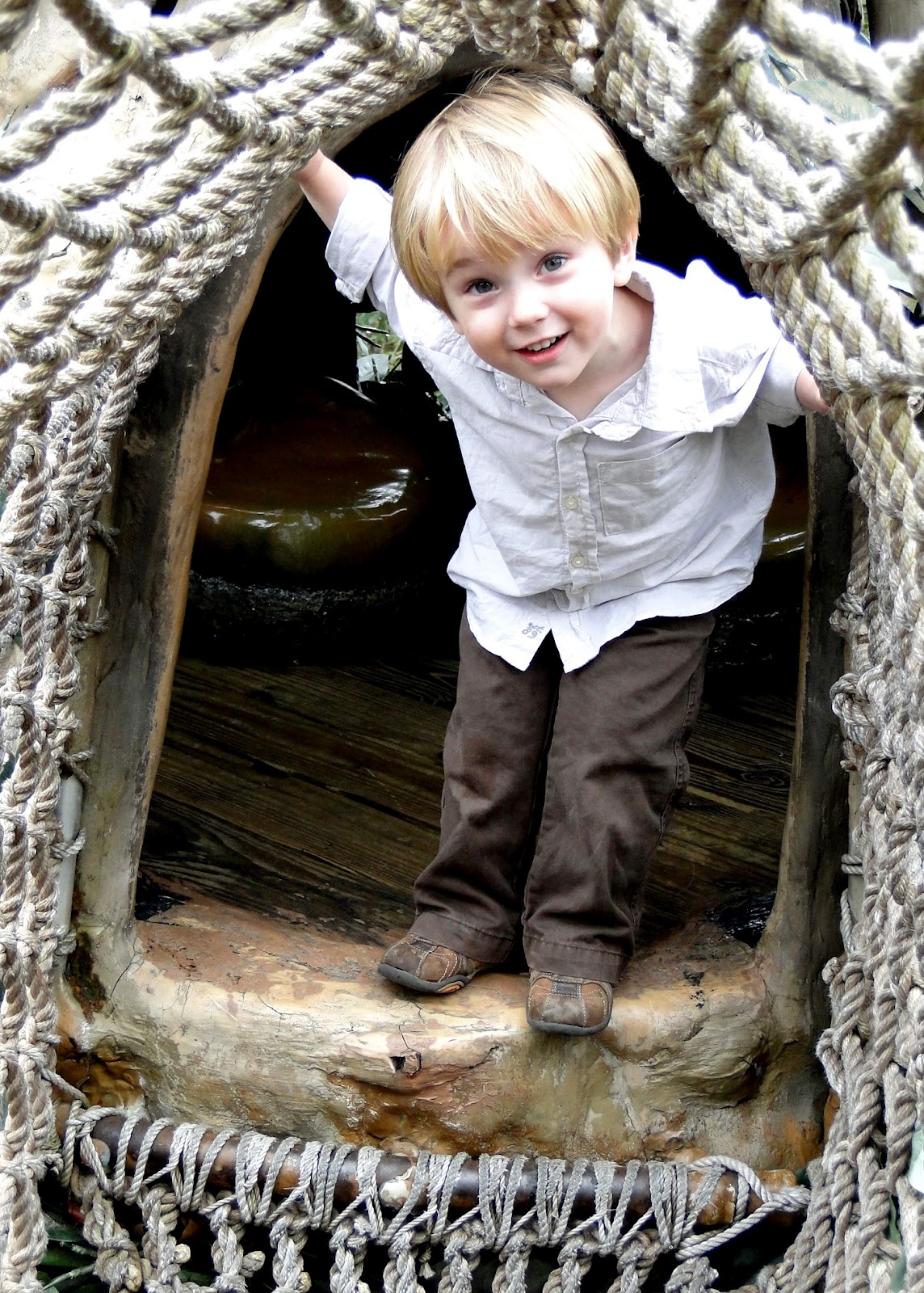 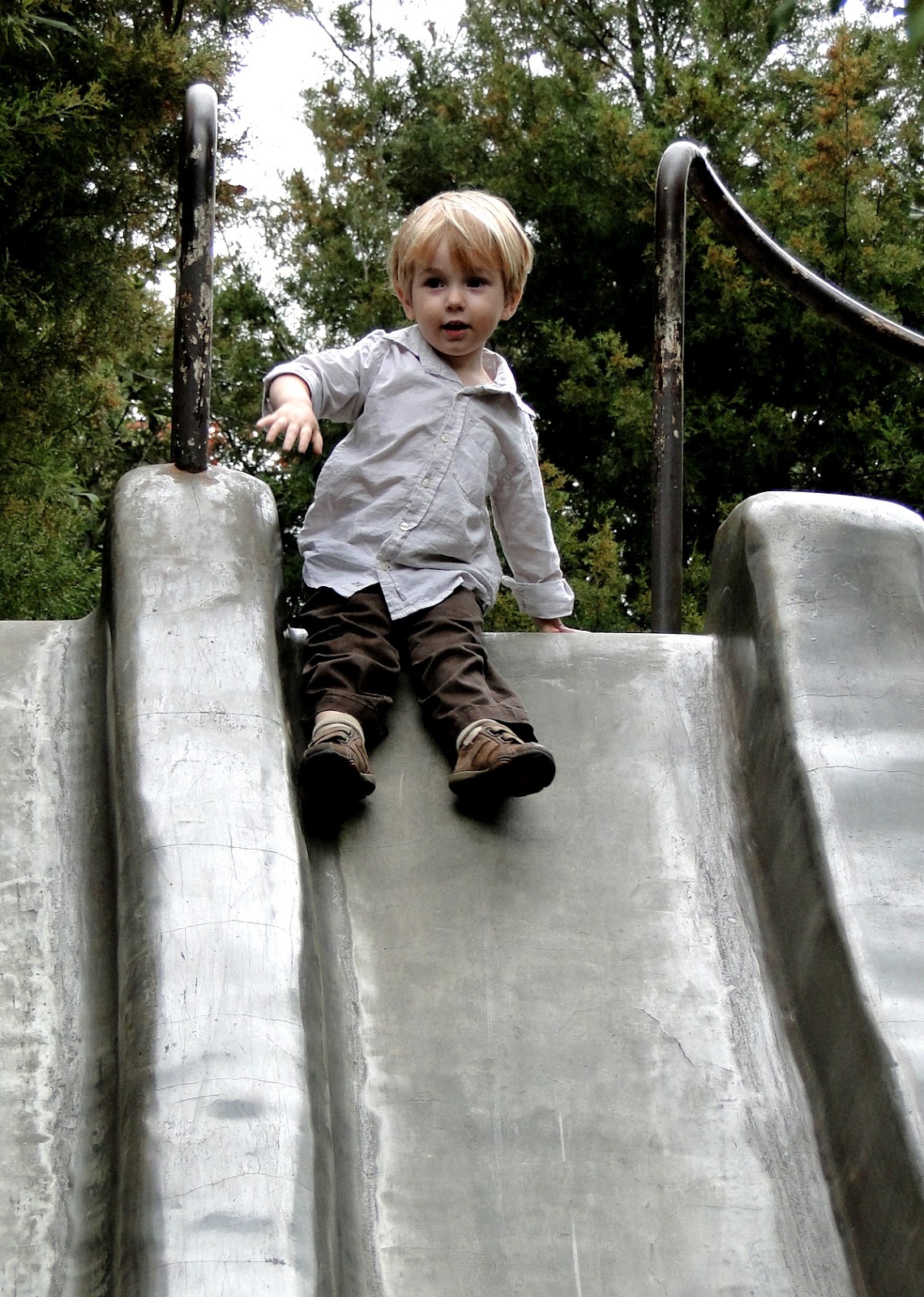 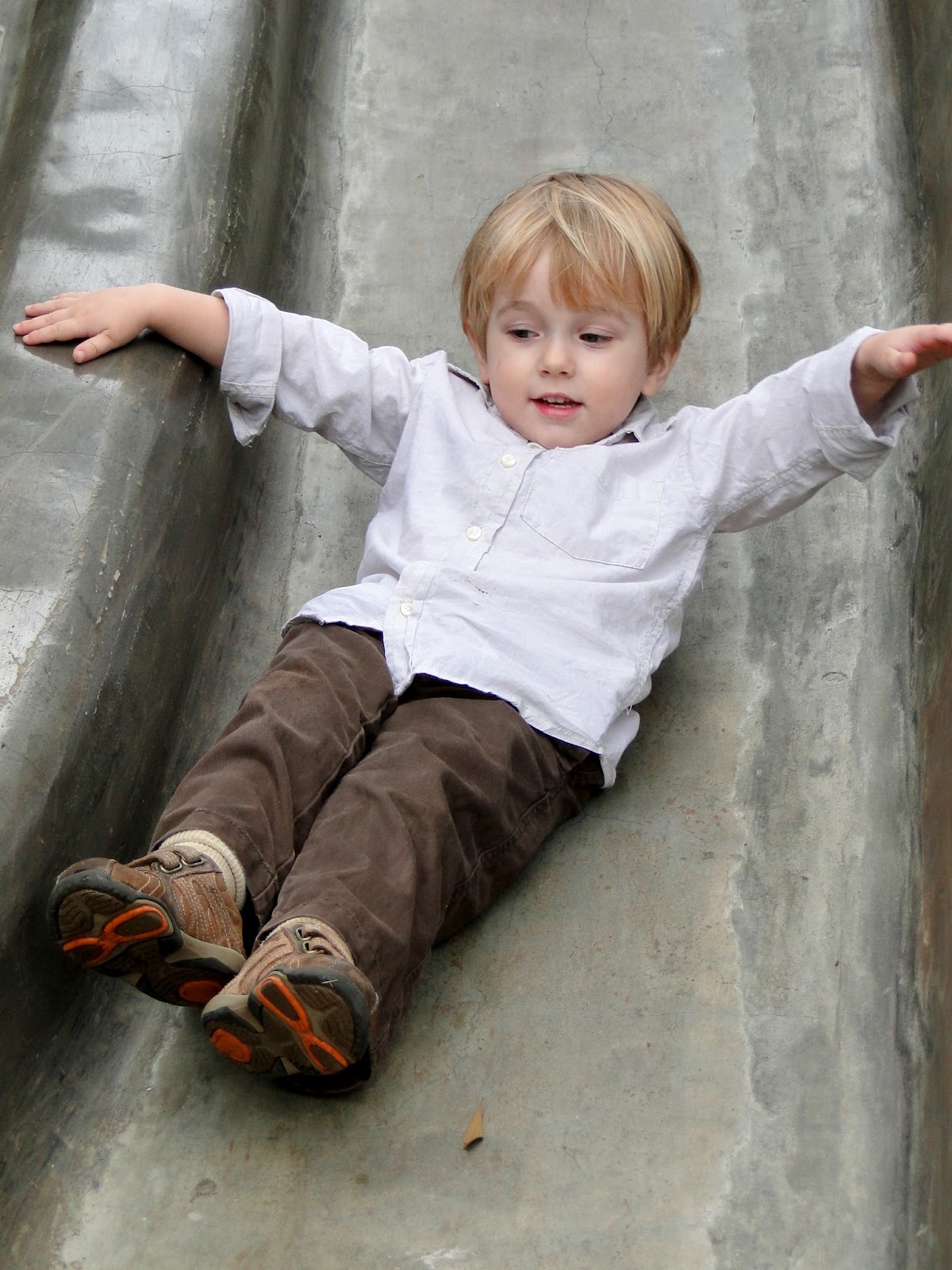 It was a decent playground but it got pretty boring pretty fast. I could see the carrousel through the trees and since we paid for unlimited rides I figured it’d be a good thing to do with Kye. Zach stayed at the playground area feeding her and we went over to ride the “horseys.” It was a SUPER cool carrousel! It featured ALL kinds of different animals…lions, giraffes, you name it. I figured Kye would pick something super cool but nope…he insisted on riding a horse. Every. Time. We rode three different times with three different horses. Too funny. What was even more funny was that the carrousel music was Margaritaville…one of the dads there said it’s because you need a margarita after a day at the zoo haha. 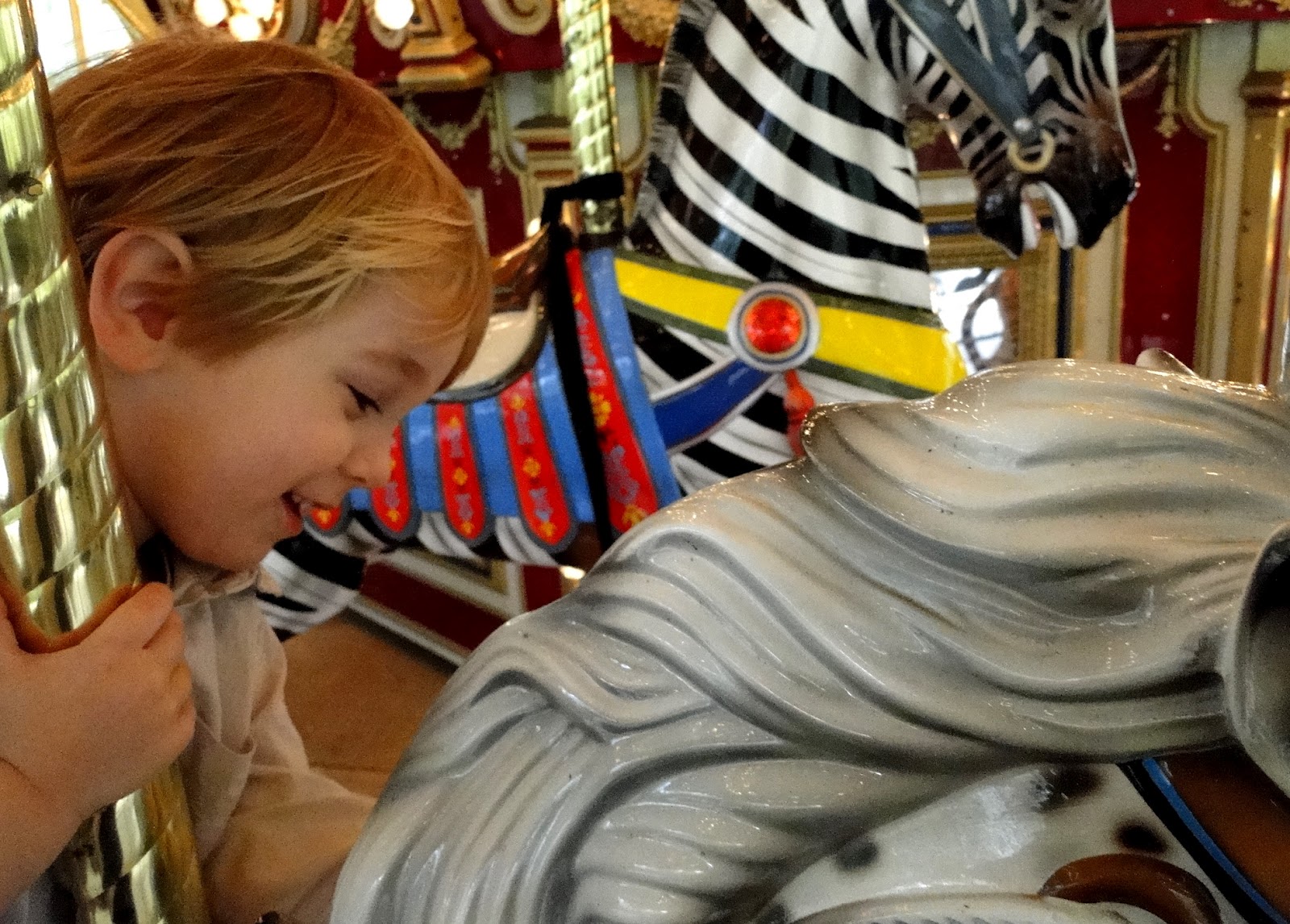 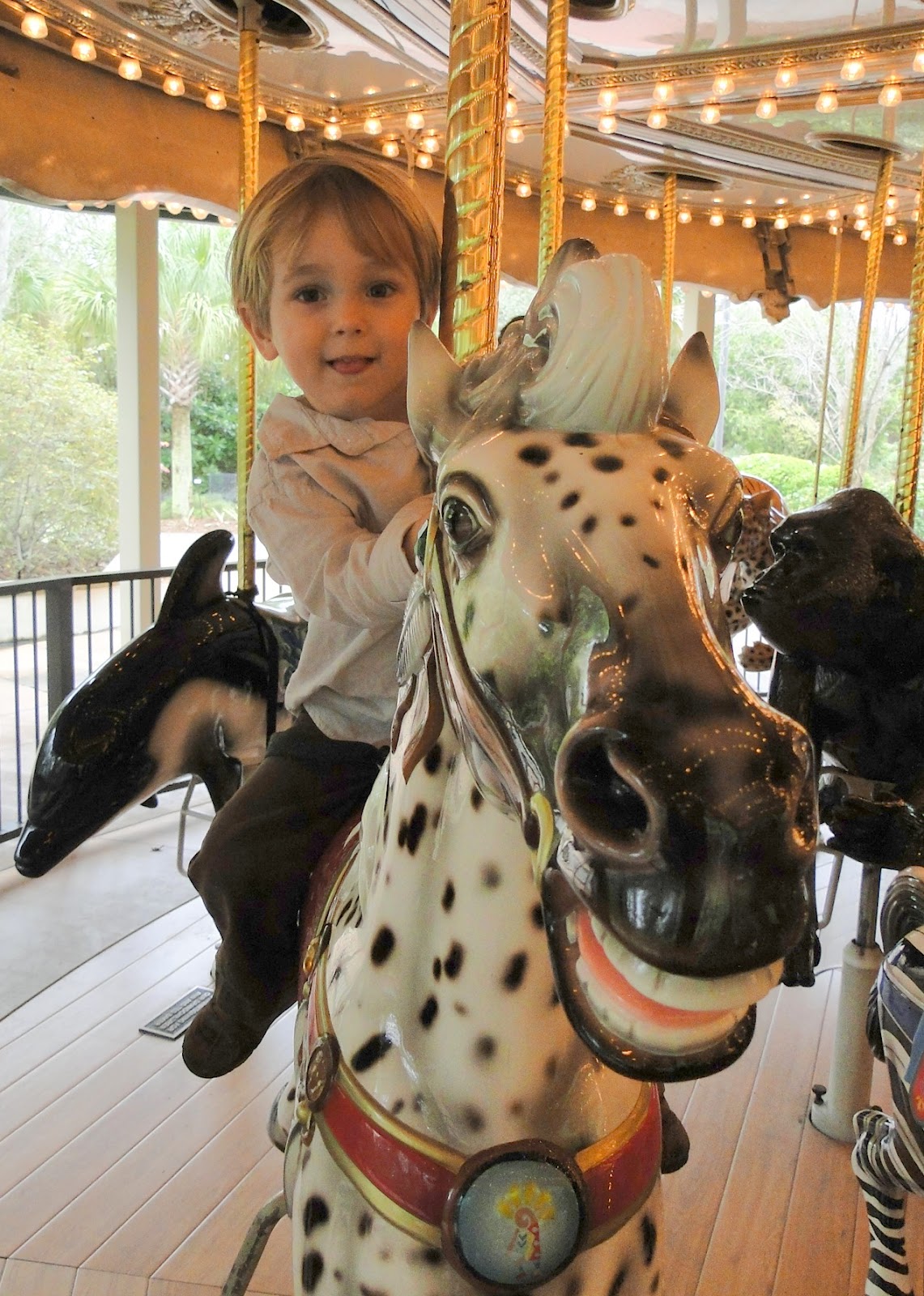 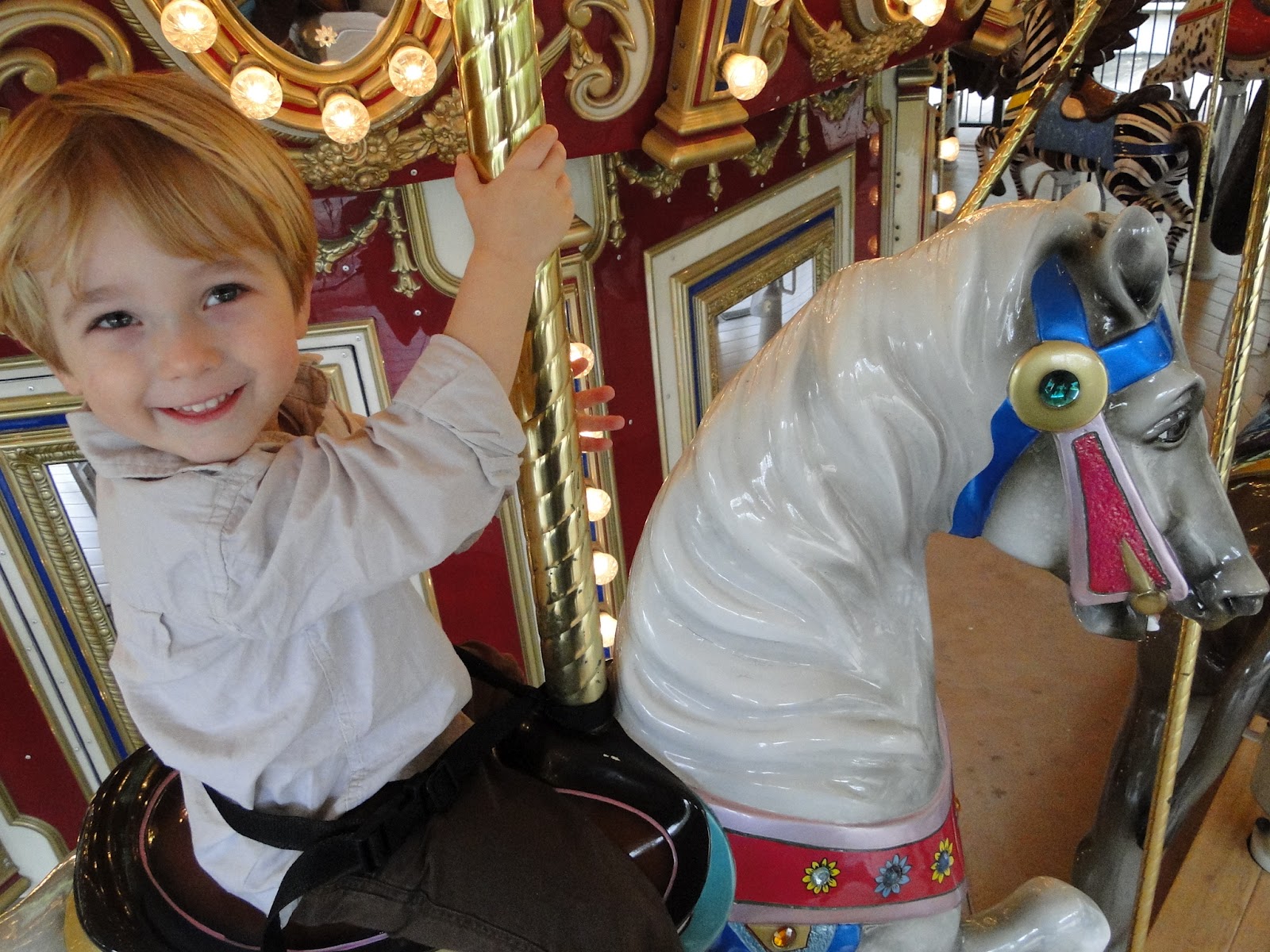 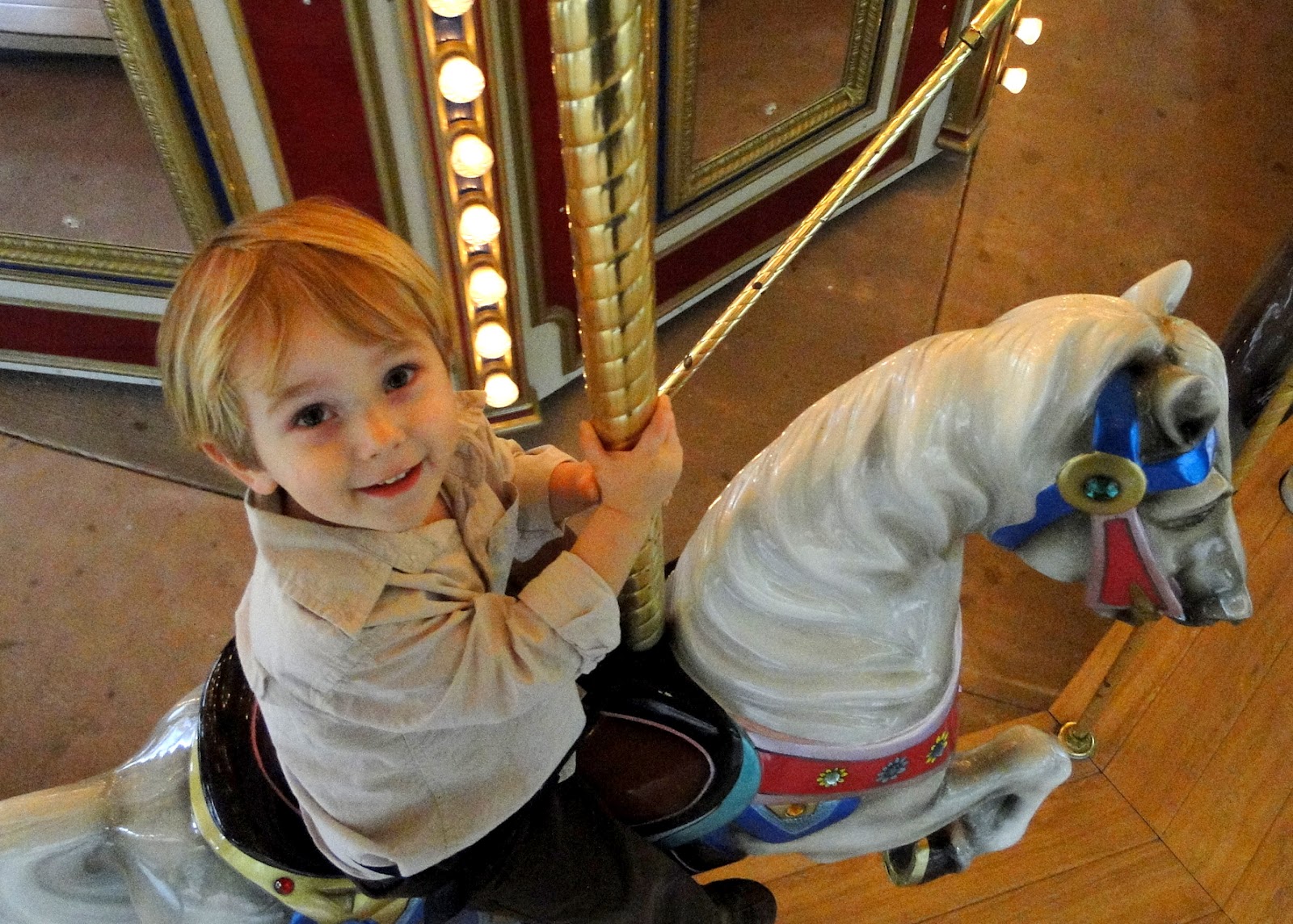 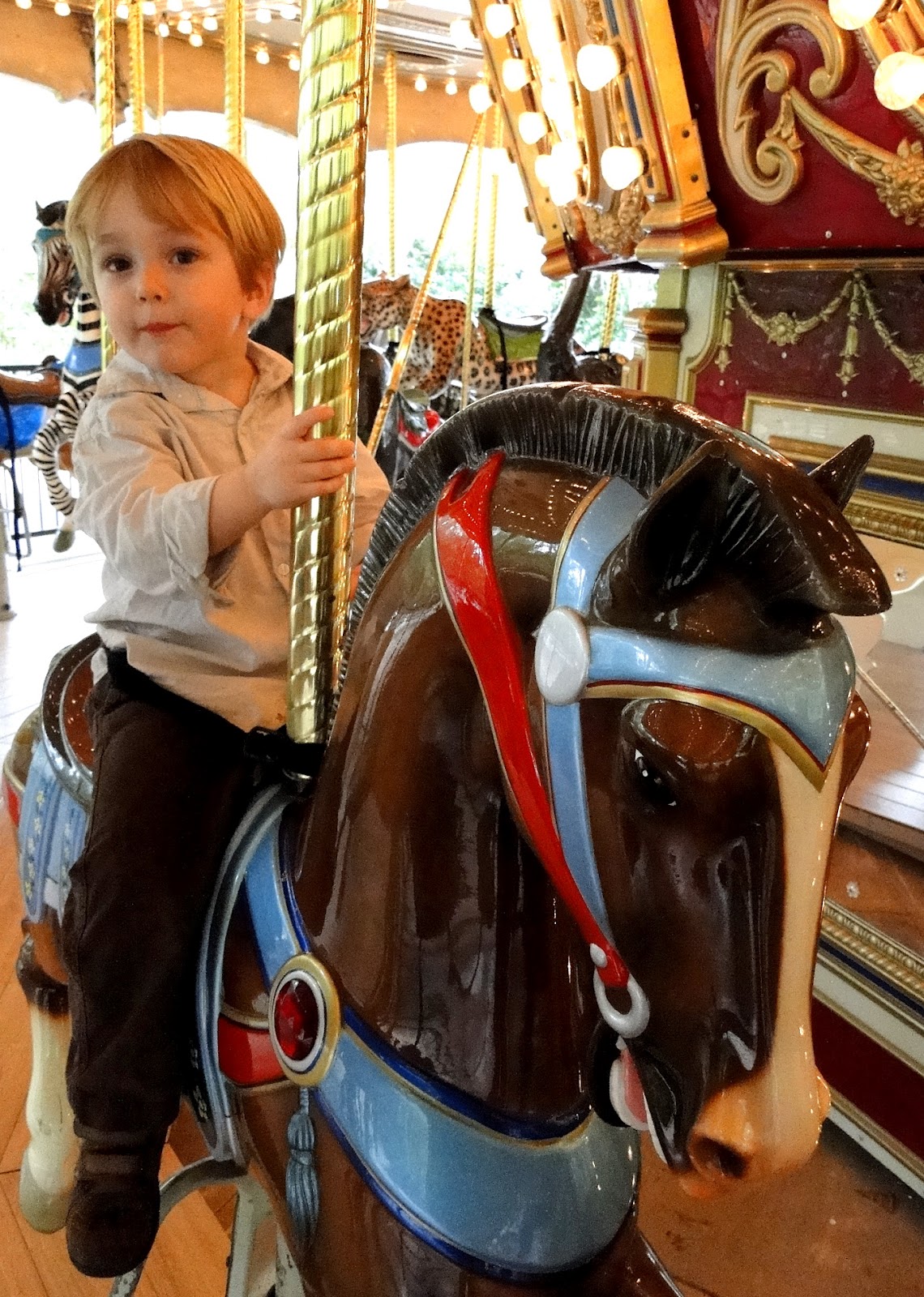 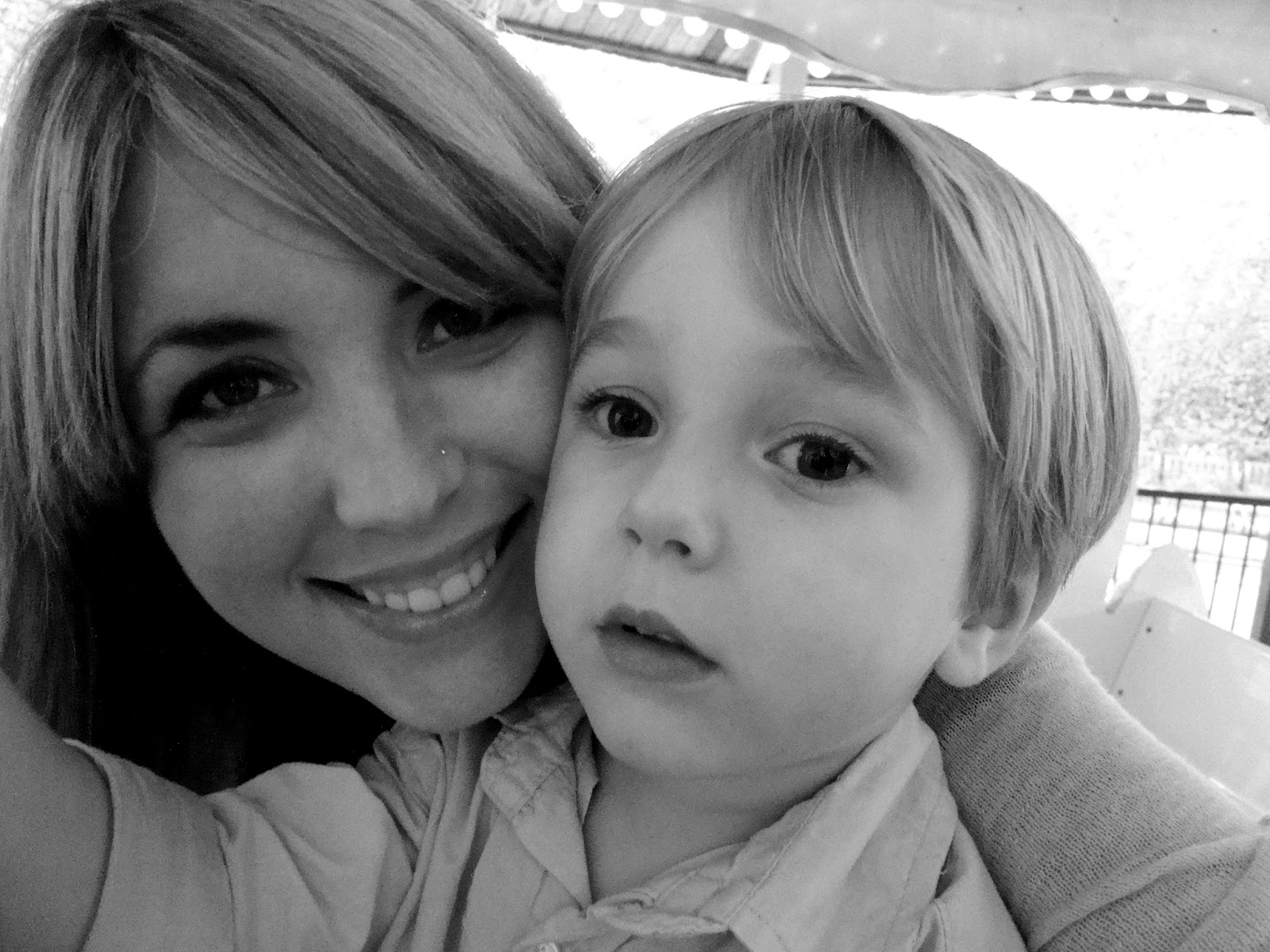 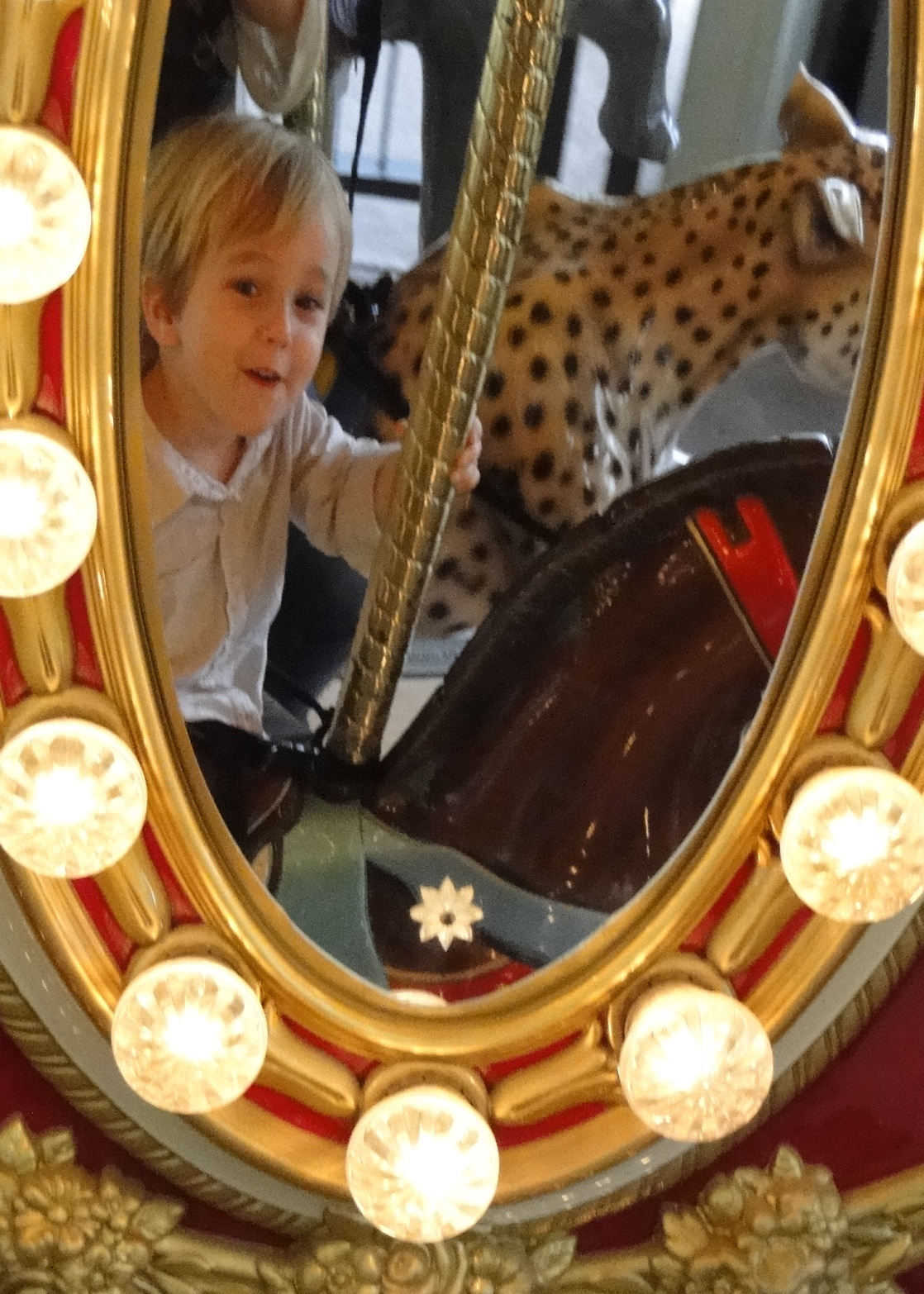 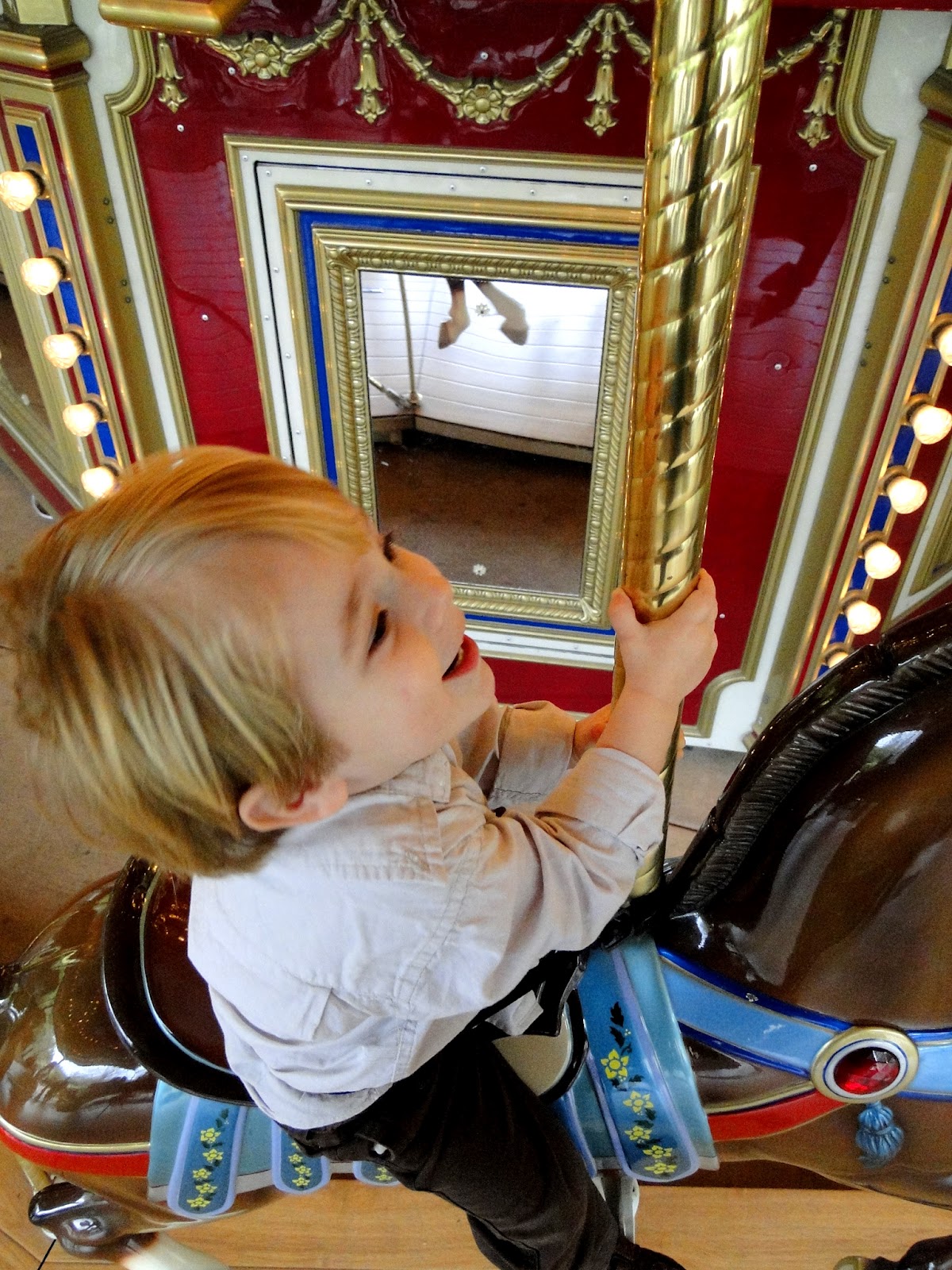 When we got back to Zach he said Brittlynn would not eat. This weekend away was when we really realized how she is with the bottle. NOT a fan. When people who nursed would tell me “my baby will not take a bottle” I would think, to myself “don’t give them a choice!” However, I realize now (live and learn right!) that it’s a legit issue. Brittlynn does not like the bottle. One bit. We battled to get her to eat it for over an hour while at the zoo. It was frustrating but it was a good lesson. We need to give her the bottle more often. We travel so much, typically without the kids, so she really doesn’t have the option. Honestly, I think it will get MUCH better after we go to Tornoto and she’s stuck having the bottle for 5 straight days. I think she’ll get used to it better when it’s all she’ll have.

My turn to try! 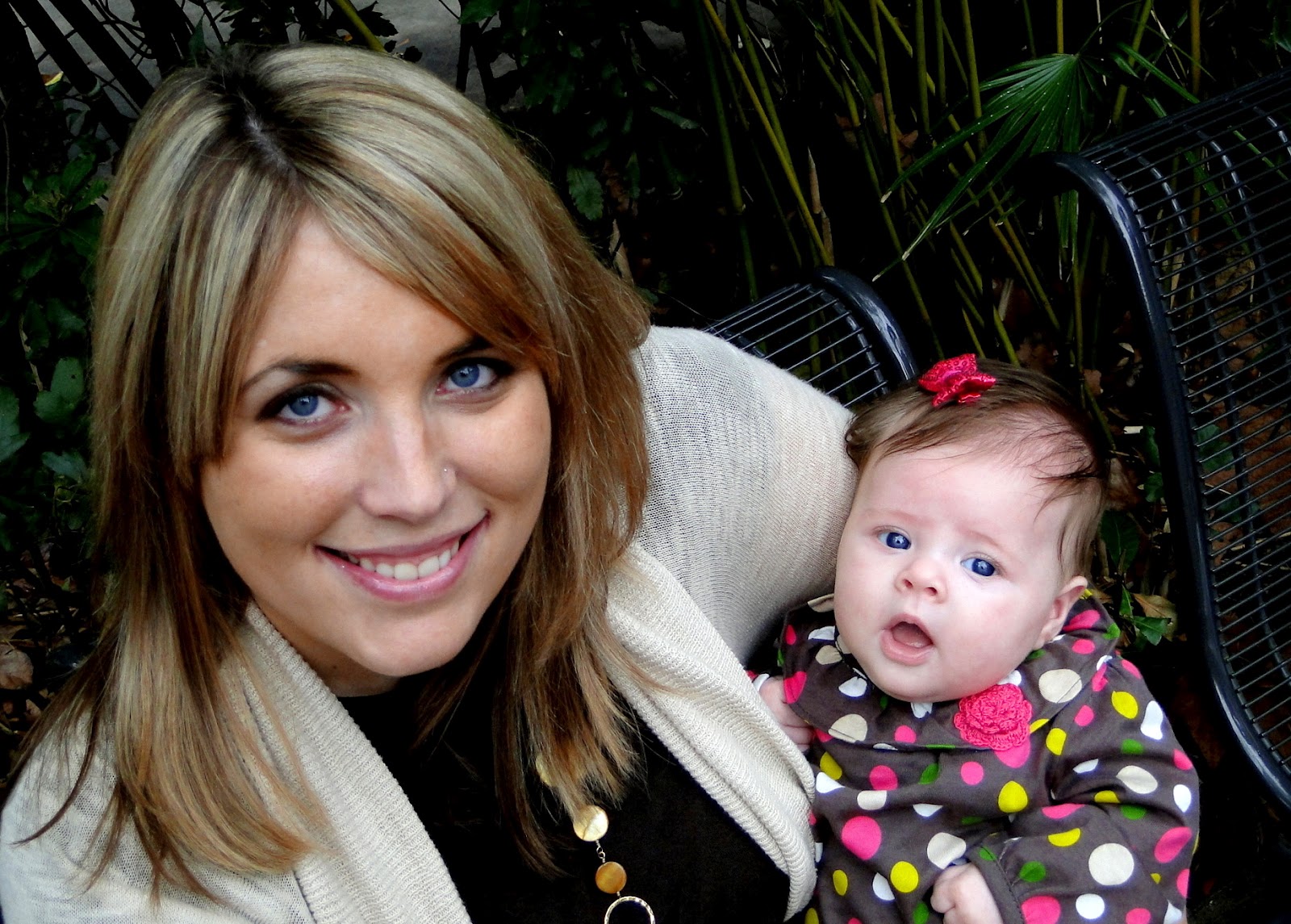 Remember in the first post about our trip how I mentioned two bad firsts happened?  Well, here’s the second bad thing. I really did enjoy the Jacksonville Zoo. I did. However, the playground lay out was TERRIBLE. There were a million ways in and out of the thing. If you’ve been there then you probably know what I’m talking about. It just wasn’t a good design at all. Zach and I were trying to get Brittlynn to eat while Kye was climbing up this rock wall (meant for climbing). He got to the top and on the other side of the wall was dirt. It was like the rock wall was built on the side of a hill and the top of the wall was the top of the hill. So he went over the side and ran off. I started to go after him but I had to either walk all the way around the rock wall on one side to go up the incline or go all the way around the other side and go up some stairs next to the slide. I went the stair route, since Zach and I both assumed he’d come out of the wooded area and go down the slide. Nope. Wasn’t there. Hello panic!!!

I immediately asked the parents up there if they’d seen a little boy and one said she saw him earlier and thought he probably went over to another area past the slide to play. I ran over there. Nope. I yelled to Zach and we both started looking. He handed me Brittlynn since he’s quicker than I am and I carried her around while we both asked people and looked like crazy. I was super nervous, but at the same time felt calm. Kinda hard to explain but I knew we’d find him (spoiler alert: we DID haha). I heard Zach yell “I got him!!!” and I tried to get to them. And couldn’t. I was lost. I ran into a family who was also lost and they commented how confusing that area was.

Kye wasn’t phased a bit and didn’t understand at all what had happened. He said he was being sneaky and was hiding and was going to jump out at people. We still go onto him and explained that he HAS to be able to see Mommy and Daddy at ALL times.

While it was a horribly scary moment, it was a good lesson as well. Life with two kids is much more hectic. With one it’s easy to keep track of them. With two, it’s tougher. Sure. One of us could be feeding Britt and the other watching Kye. But she was struggling so we were both trying to problem solve. Also we were both standing RIGHT THERE. And we were participating in his rock climbing (heck, I had Zach check around the side of the wall to see if Kye could go over the top of it!). You can literally lose a child in a heartbeat. One of my first thoughts after we found him was that next time we go to Disney I WILL be sure he’s labeled!!! It was an experience I never want to happen again. Like I told Zach, it was scarier after the fact. Once I started thinking about all the things that could have happened (some creep really could be chilling at the zoo just WAITING for a cute little kid to wander off) I felt more panicked than I did in the actual moment. Probably the adrenaline was wearing off huh? 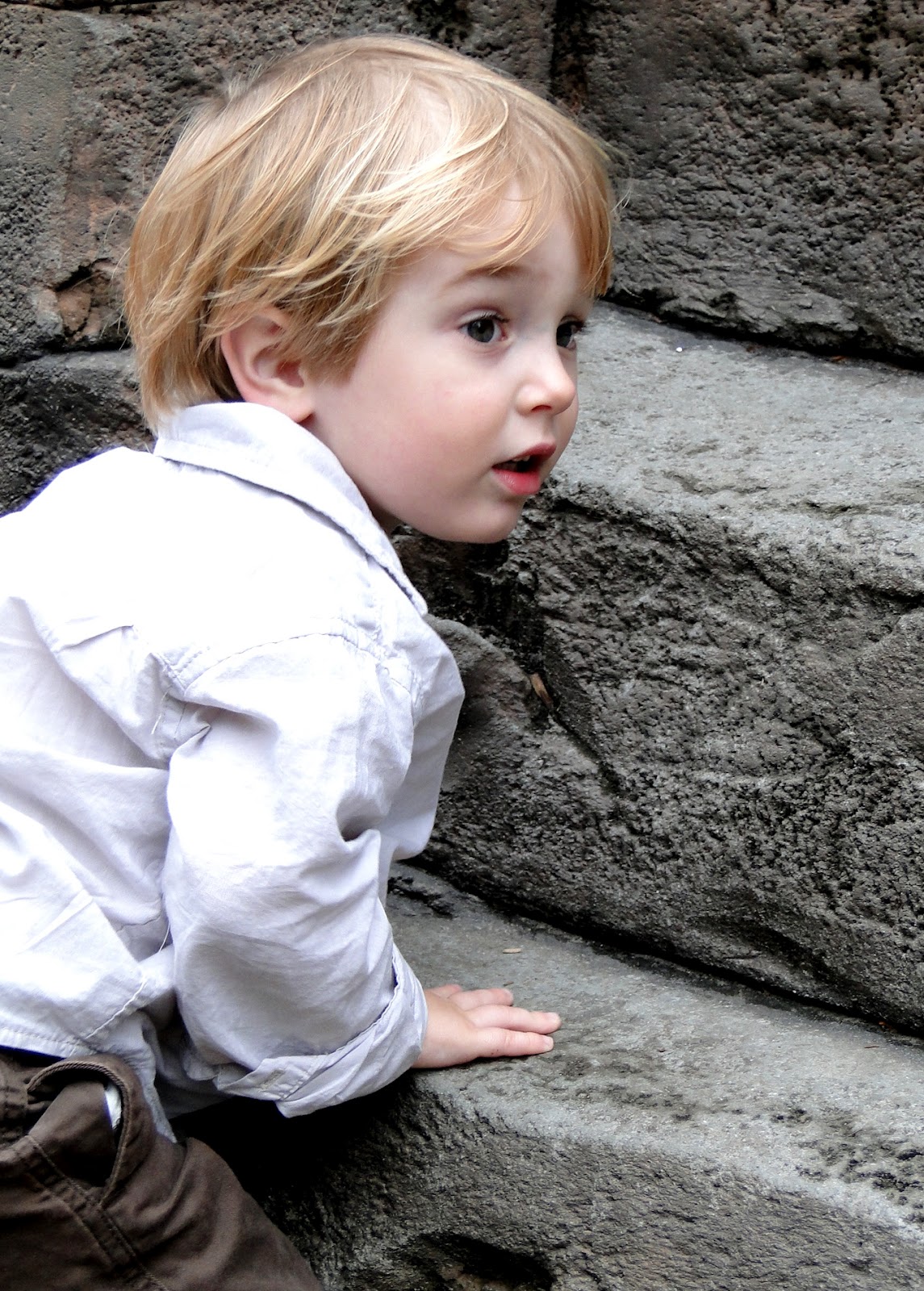 Once we found Kye I was just ready to LEAVE the playground area forever. Like for real. I can’t stand that playground! Mom said I should write them about it, and I might!!! We even heard other parents talking about how poorly it was laid out and how easily you can get lost. Made me feel less guilty for sure!

When she got done it was about lunch time. I felt a lot of guilt about Britt and that her only awake time at the zoo would be while we ate lunch!!! Totally unfair to her!!! I had to keep reminding myself that we didn’t even take Kye to a zoo until he was almost a year old so she’s experiencing it younger and it doesn’t matter too much that she got jipped. We did stop by the carrousel and let her ride the horse they had at the entrance, that counts for something right??? 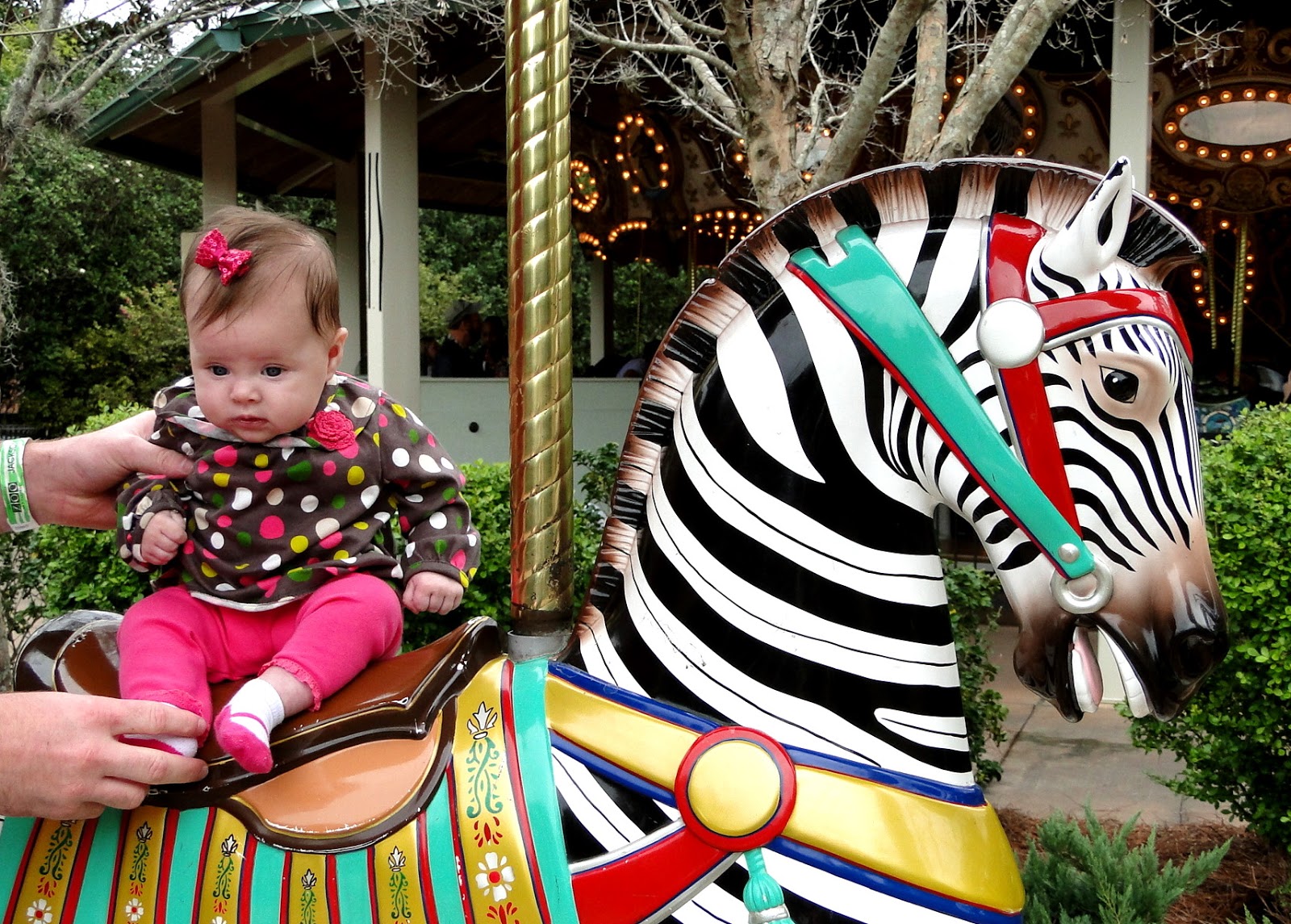 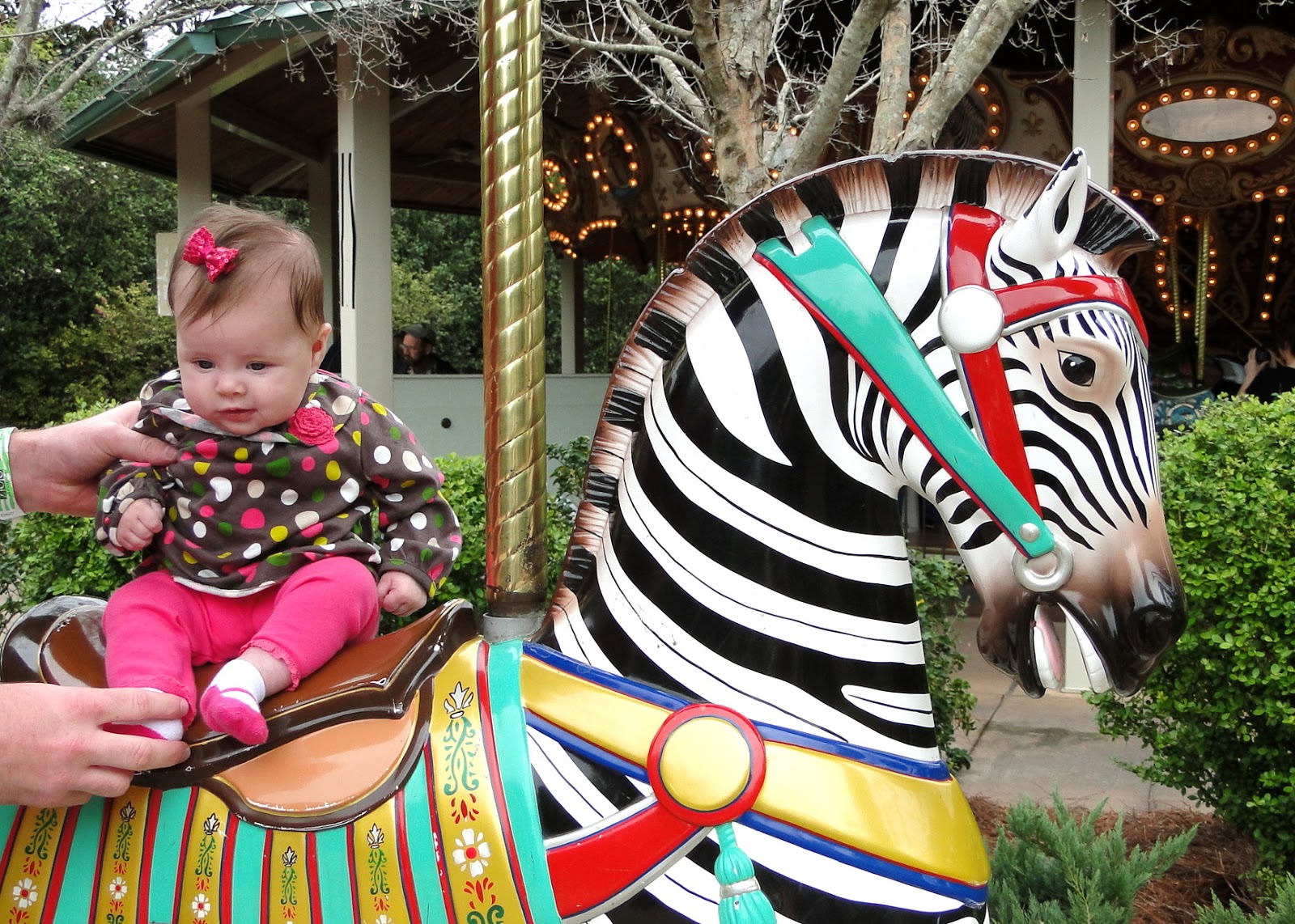 I researched the zoo in advance and it said on their site that NO food or drink were allowed in. I didn’t want to waste time or money packing a bunch of stuff to have them make us throw it away when we got there…but then we got there and not only did they not even do a BAG check (um they are more hardcore about safety at Wild Adventures…) but we saw a TON of people eating their own food. I was semi-peeved because we spent over $20 on lunch when we totally would have brought our own!!! Guess we know for next time! The first place we went didn’t have anything on the kids menu that seemed like Kye would enjoy (it was like tacos and stuff) so we found another place with chicken. Always a winner with us!

My attempts at a pic of the kids at the zoo… 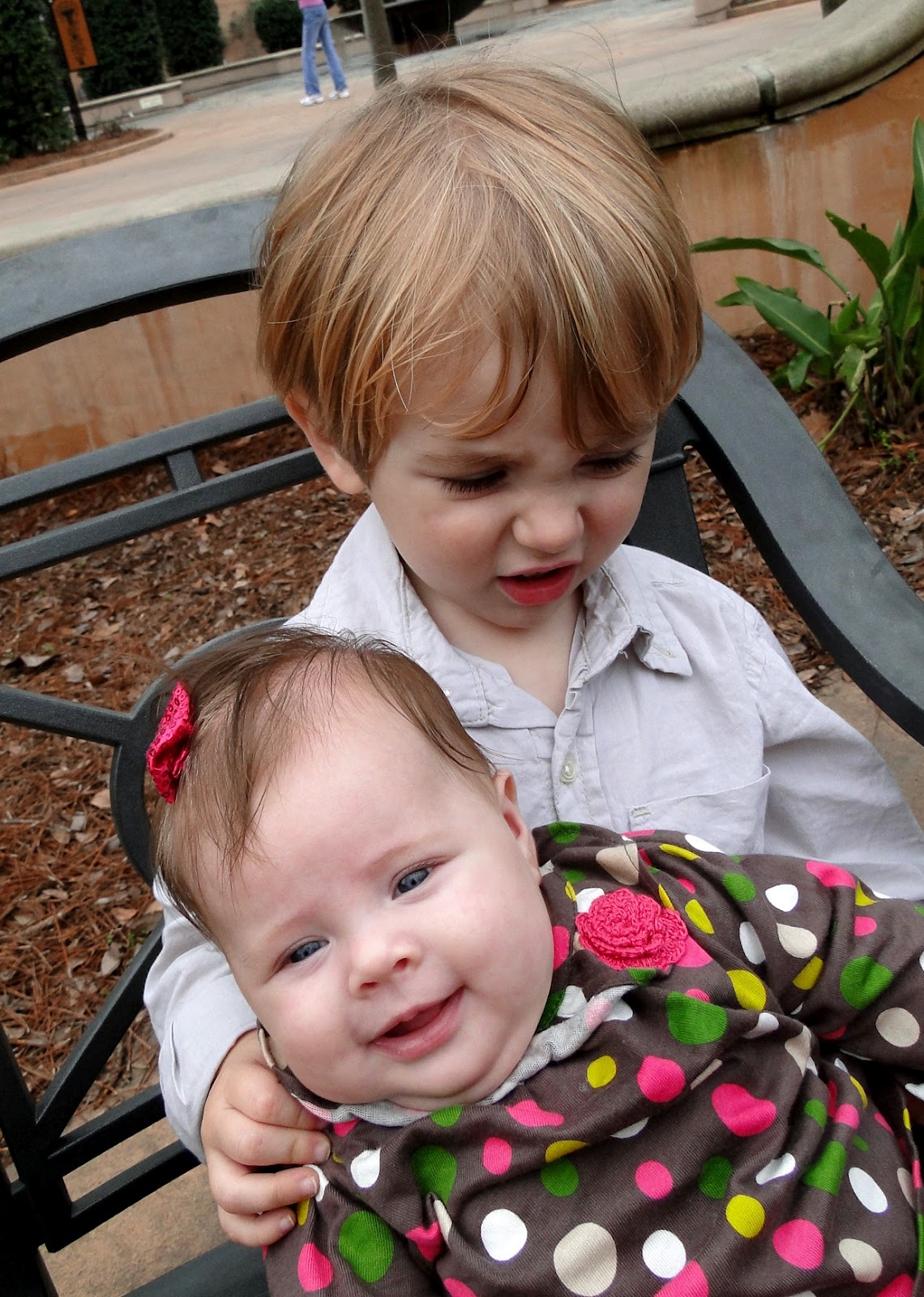 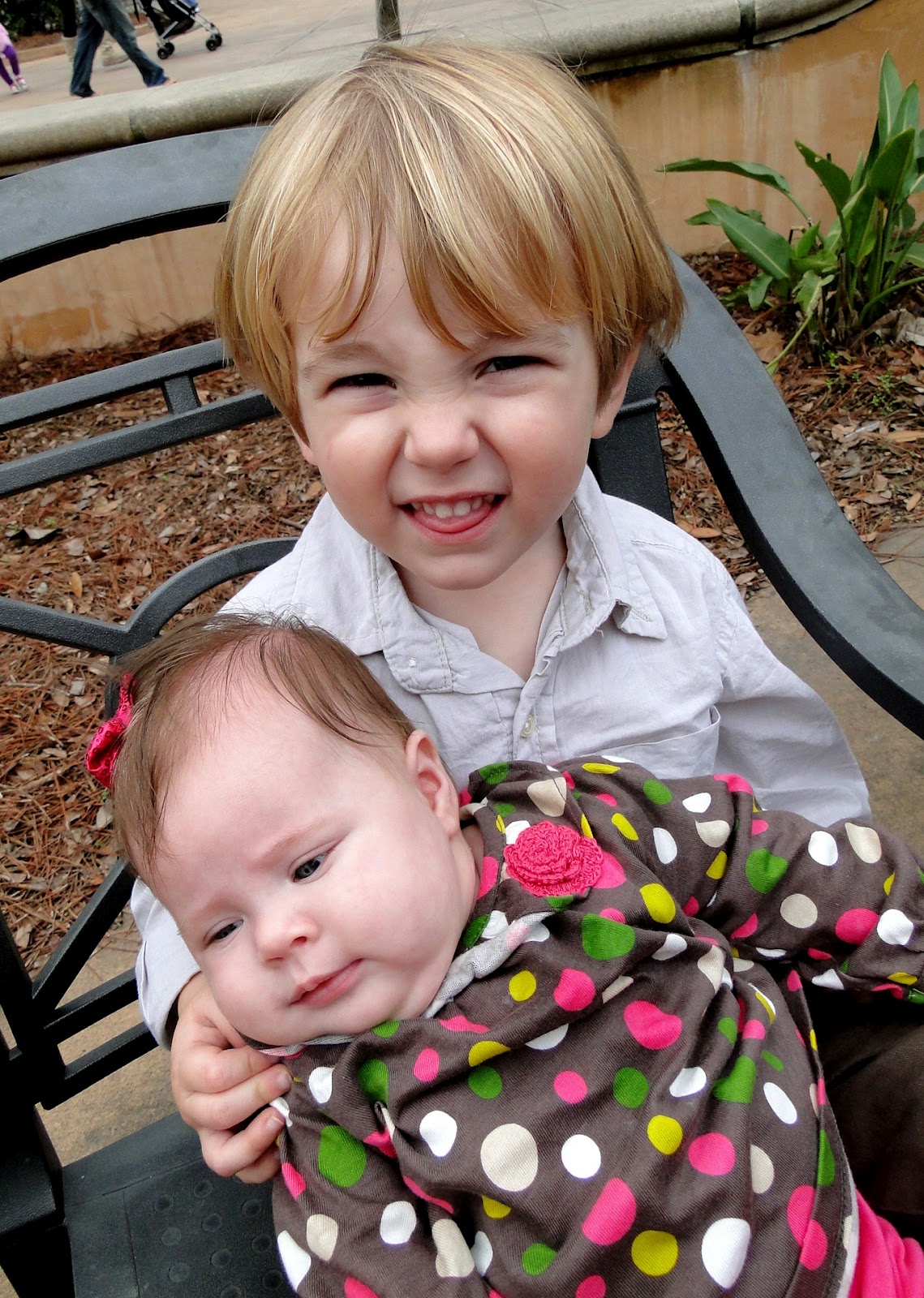 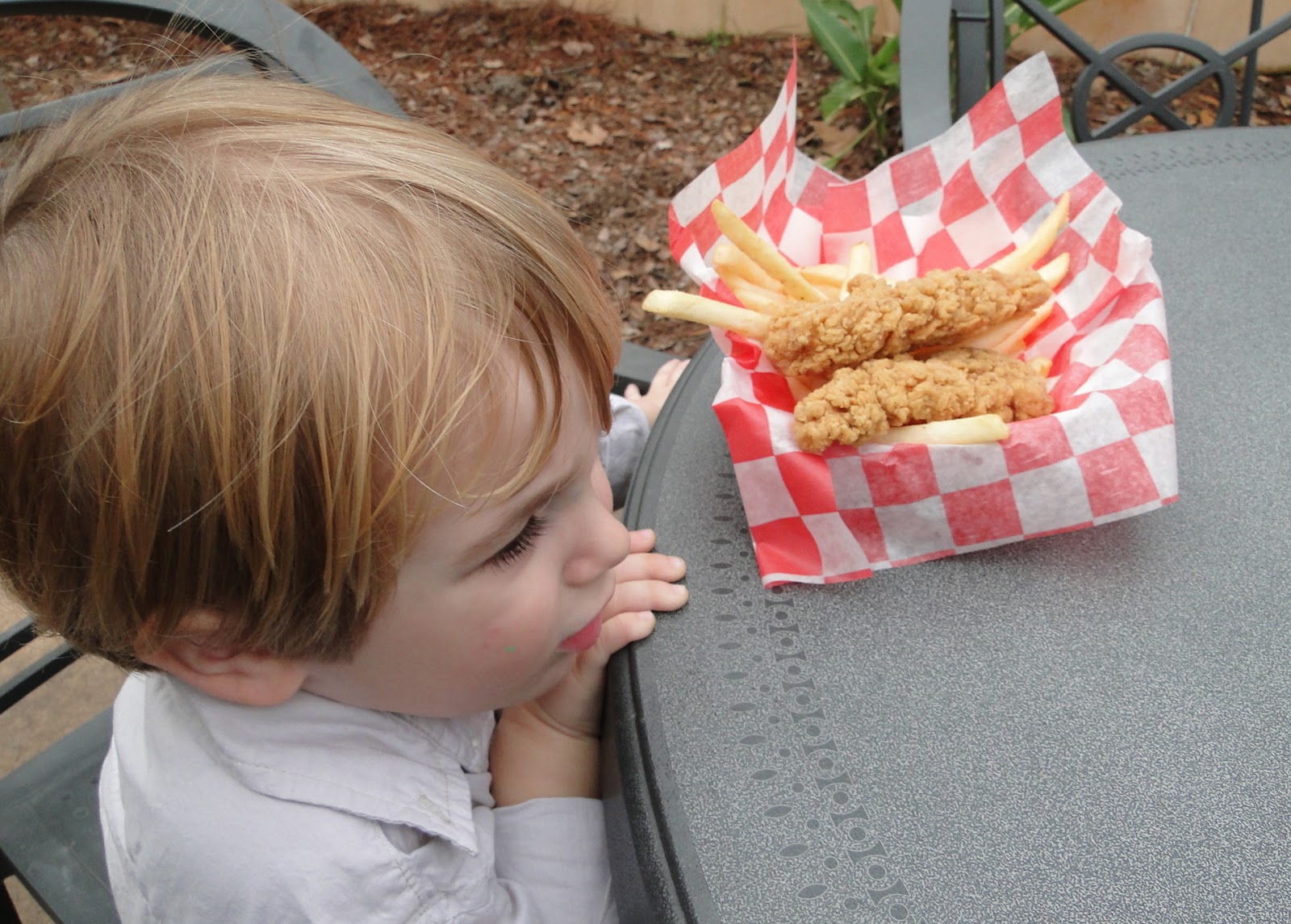 One last post about the zoo up next 😉 I spread it out because I take SO many dang pictures!!!