Back in late 2004 or early 2005 I would spend most of my time hanging out at Zach’s rental house. My own house was less than 2 min away so I basically chilled with him at his house every day between classes. He had early morning workouts for football and would often sleep while I’d be doing homework (you can guess who had the higher GPA haha). One day I was doing homework and heard the sound of a kitten outside. I went around his house and found this tiny, tiny kitten all by himself curled up under a trash can bin. Duh I brought that baby inside!!!

It didn’t take much convincing to get Zach to agree to keep him. At first we were going to name him Blaze (after the Blazers) but then I got SMART. Zach had talked about wanting to name his first son Zeke and I didn’t like the name at all (no offense to anyone named Zeke) so I suggested it for the cat’s name. Genius. It stuck and Zeke has been in our lives for the past 11-12 years! 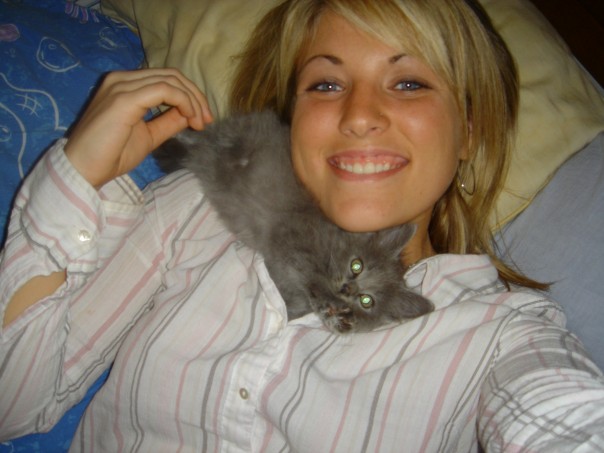 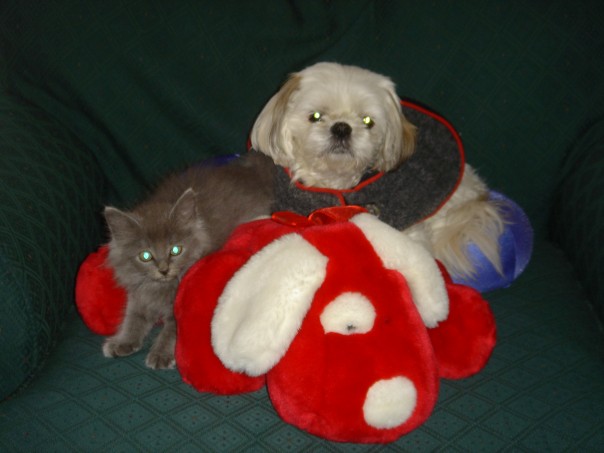 Have I mentioned that 2016 has been ROUGH for our family?

Back in September during the same time that Zach was experiencing what we now know was most likely his first episode with MS, we also took Zeke into the vet. He had started using the bathroom out of the litter box and when he would go in the litter he’d totally and completely saturate it.

The vet told us he had feline diabetes. It’s very common in cats and at 12 years old it wasn’t too shocking that something was going on with him. We had some treatment options and we could go the two shots of insulin a day route…yall. 2 shots of insulin a day for a cat? Especially when we have three kids and all this medical saga going on? Not. Happening. We discussed it all with the vet and decided to try a fancy food in hopes that it’d help.

We took him back in to have his blood checked and the food did not help. The vet said his health would continue to decline over the course of days, weeks or months.  I felt very guilty not being able to do the insulin but at the same time he was a stray kitten when we found him and took him in. We gave him a good life for these 12 years and our lives don’t allow us to be able to give our cat two shots a day for the remainder of his life.

When we got back from Disney we could tell his health had declined. There was pee all over the house (welcome home…) and he started doing this strange meow I’d never heard him do before and seemed like he couldn’t get comfortable when trying to lay down.

My BIGGEST regret with Sadie (who died back in June) was that we didn’t put her to sleep. I had been wavering back and forth on the right call and wanted to let her die peacefully at home when it was her time. And instead she drowned. I didn’t want Zeke to suffer. I didn’t want to watch him in pain and know we could give him peace.

This past Thursday Zach took him into the vet to be put down. I appreciate Zach so much for staying with him throughout the process and giving him lots of loving in his final moments. For Zach, Zeke has been his longest living pet in his life and the first pet he’s owned from a baby age through death. Zeke has been a constant in our entire relationship! 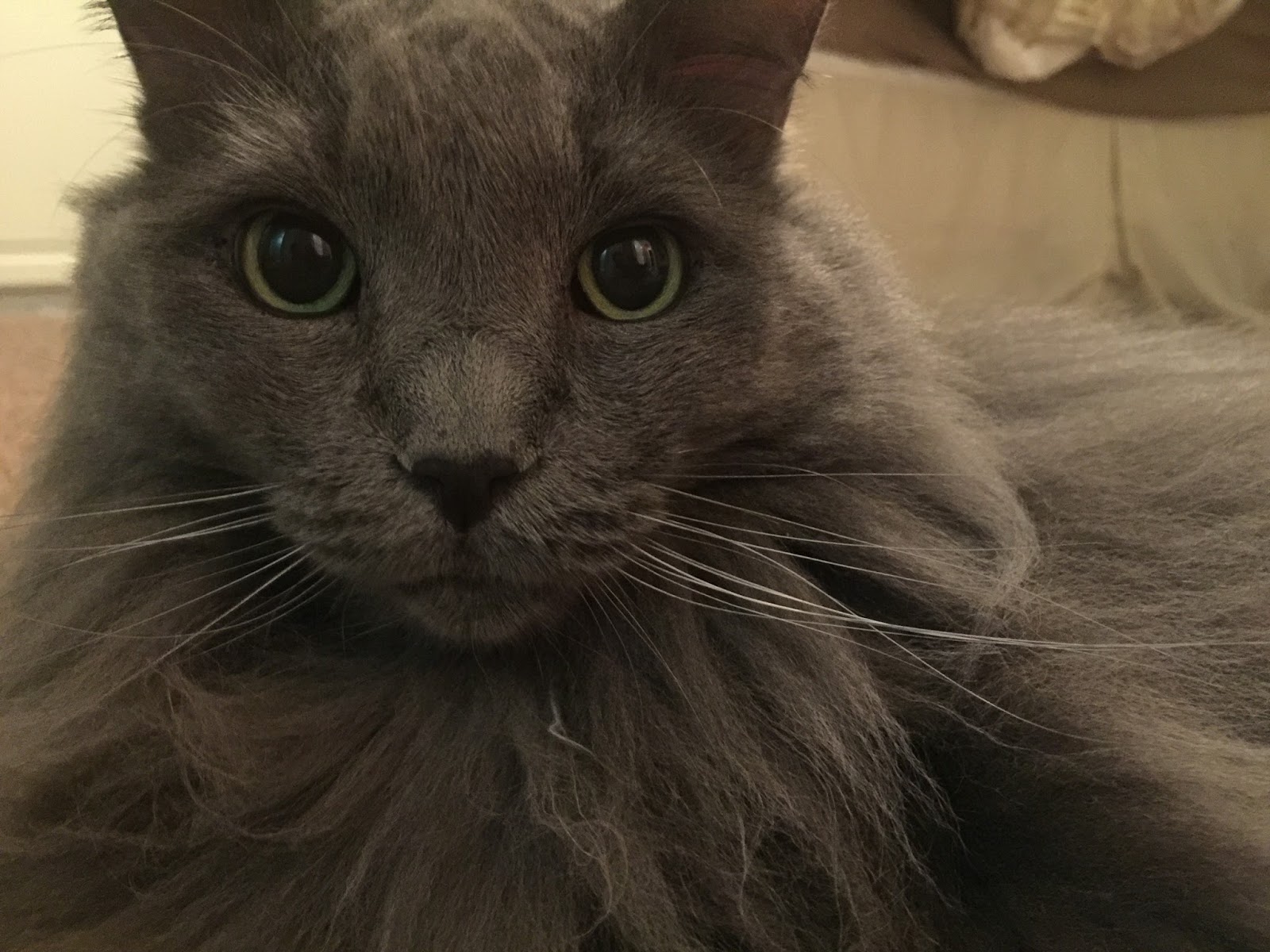 I have woken up every morning for the past 9 years with Zeke sleeping either beside me or above my head. His purring is the sound I wake up to. He has been so great with all the kids through the years, but Tess especially adores him. She constantly followed him around and would get down and talk to him, kiss on him, and dress him up. He was her buddy and it broke my heart to have to tell him goodbye. 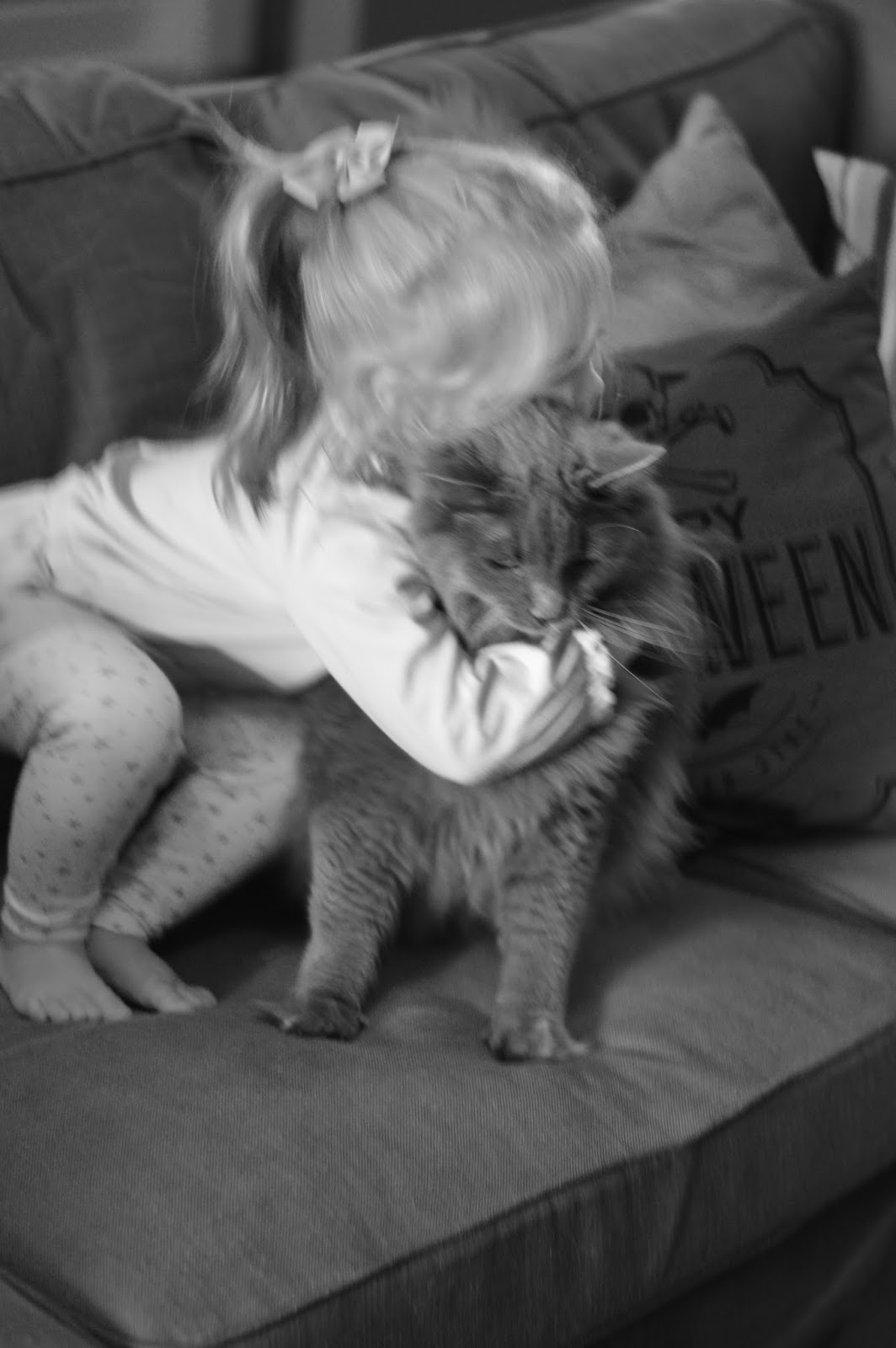 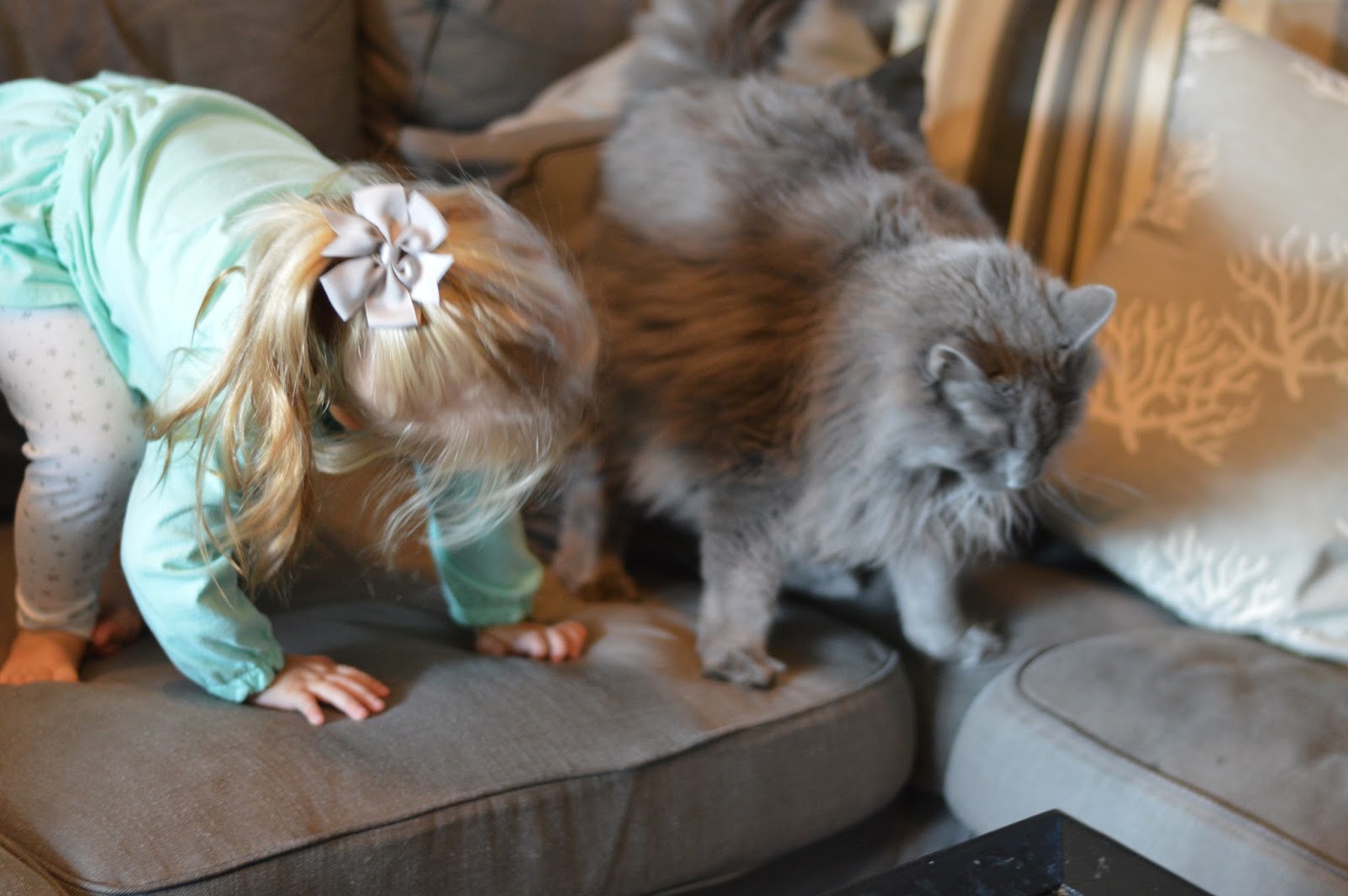 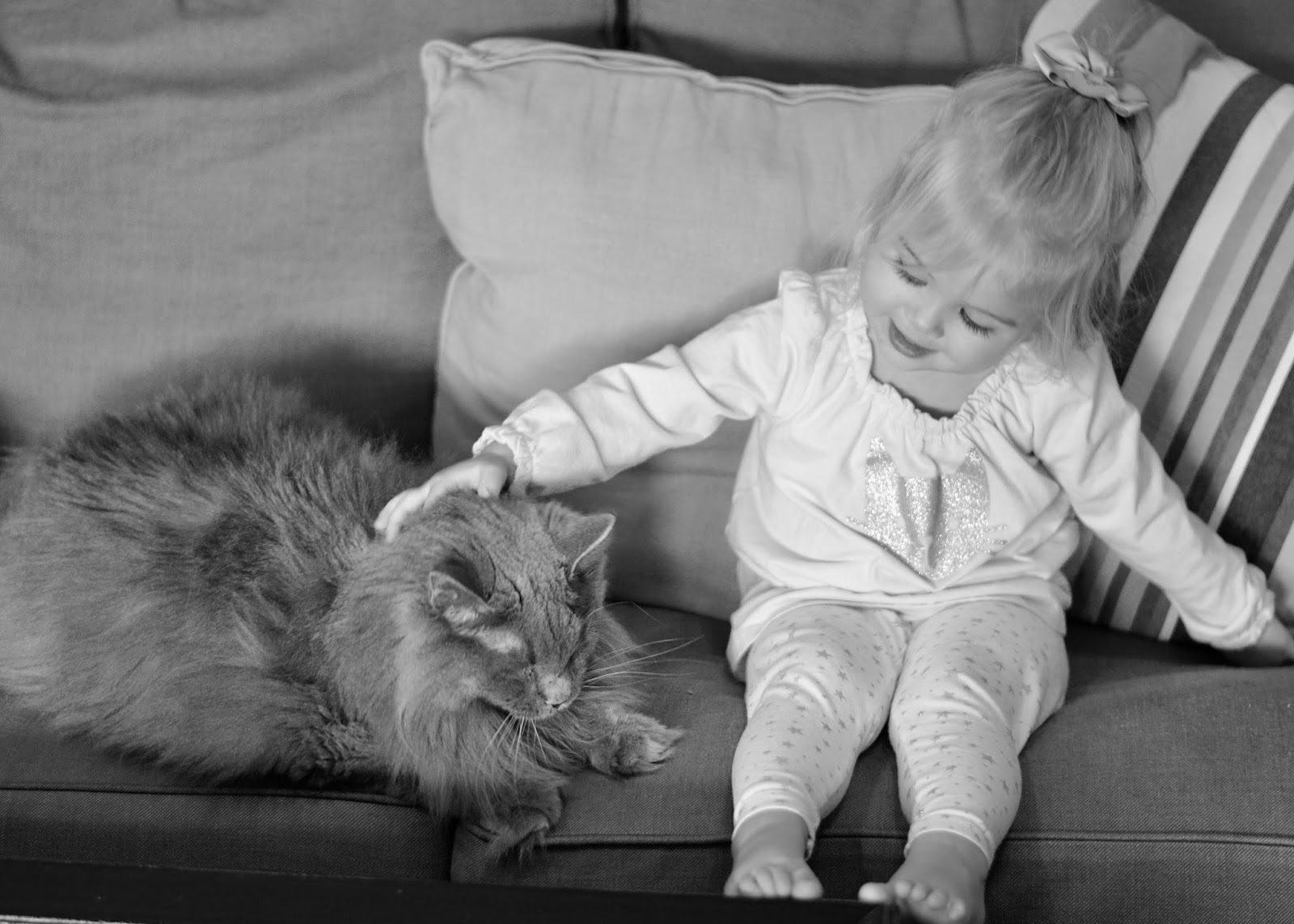 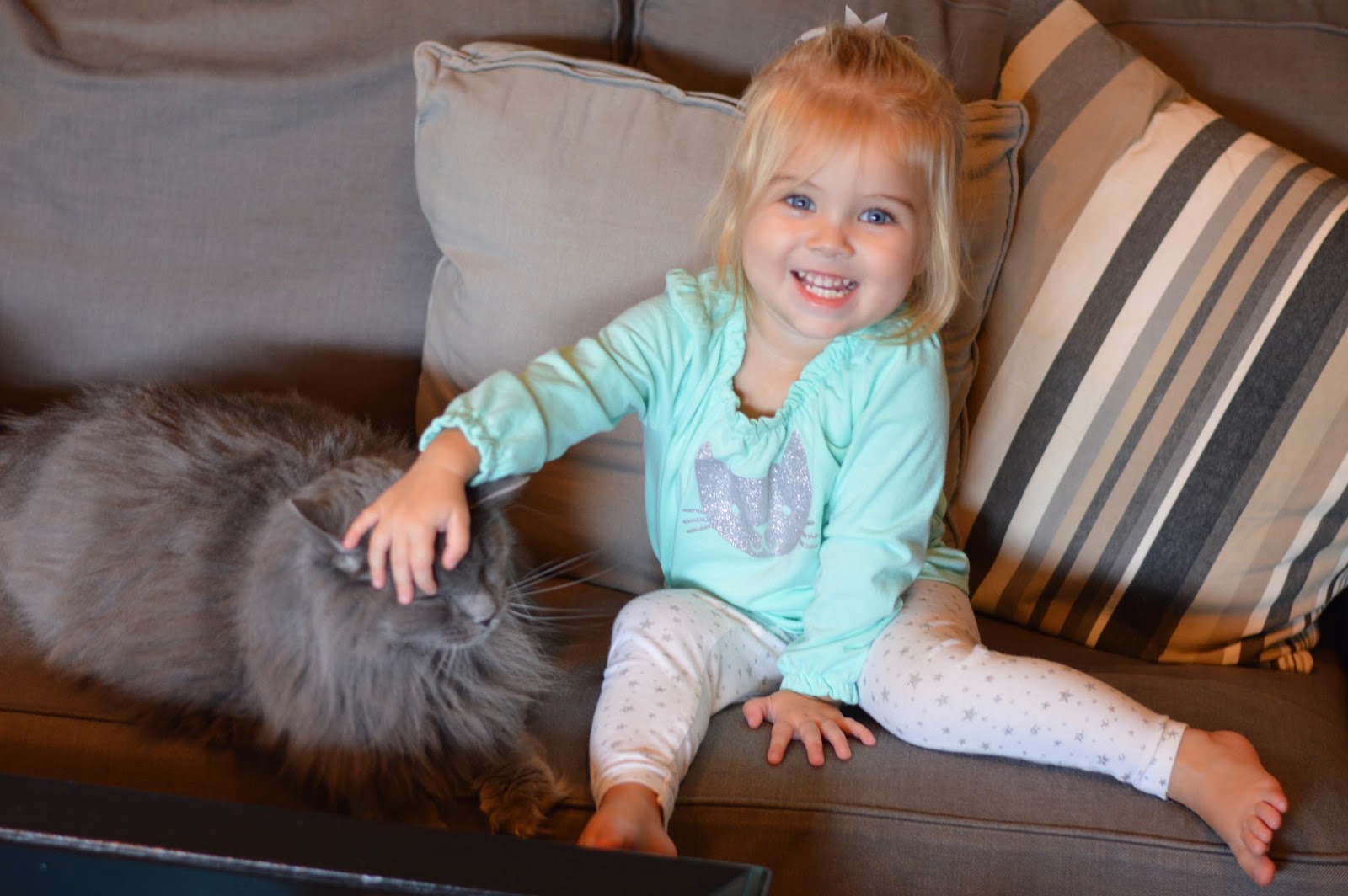 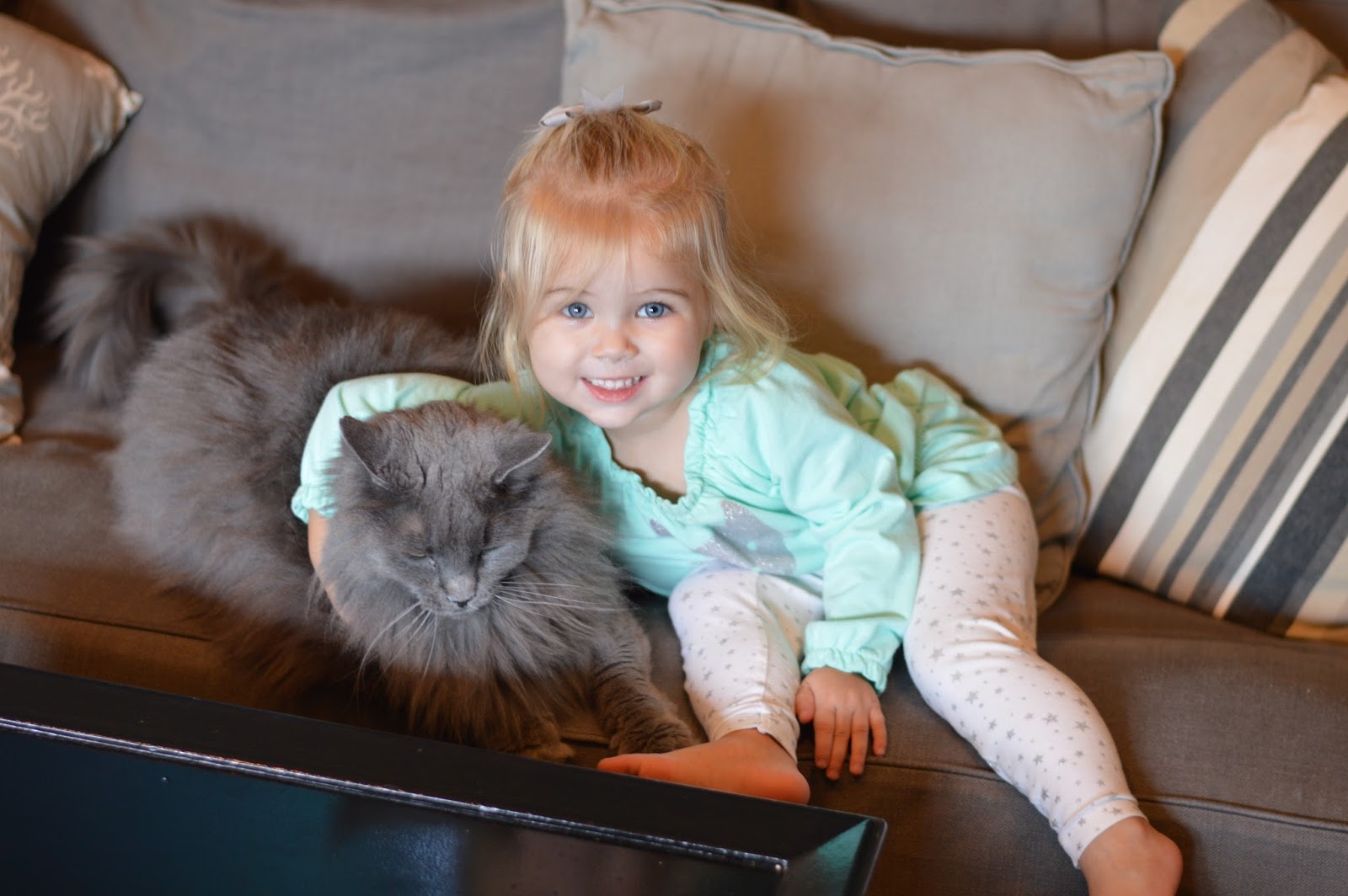 Before Zach took Zeke on Thursday we let Tess spend some time with him and love on him. The minute Zach walked in the door from the vet Tess ran up to him and said “Zeke? Where Zeke?” and then collapsed into his arms just crying. I have been so shocked by how much it has affected her at such a young age. She woke up twice that night crying out “Zeke! Zeke!” Such a sweet girl who I’m sure will be a future cat owner someday 🙂

When Zeke got sick I searched and searched and finally found this retired beanie baby. I’m SO glad I did! I ordered it and had it ready for when the time came. When Tess was so upset about Zeke I brought out the special gift Zeke had left for her. She instantly scooped the cat into her arms and started calling him Zeke. She literally had been attached at the hip with him since and woke up in the morning with him against her heart. 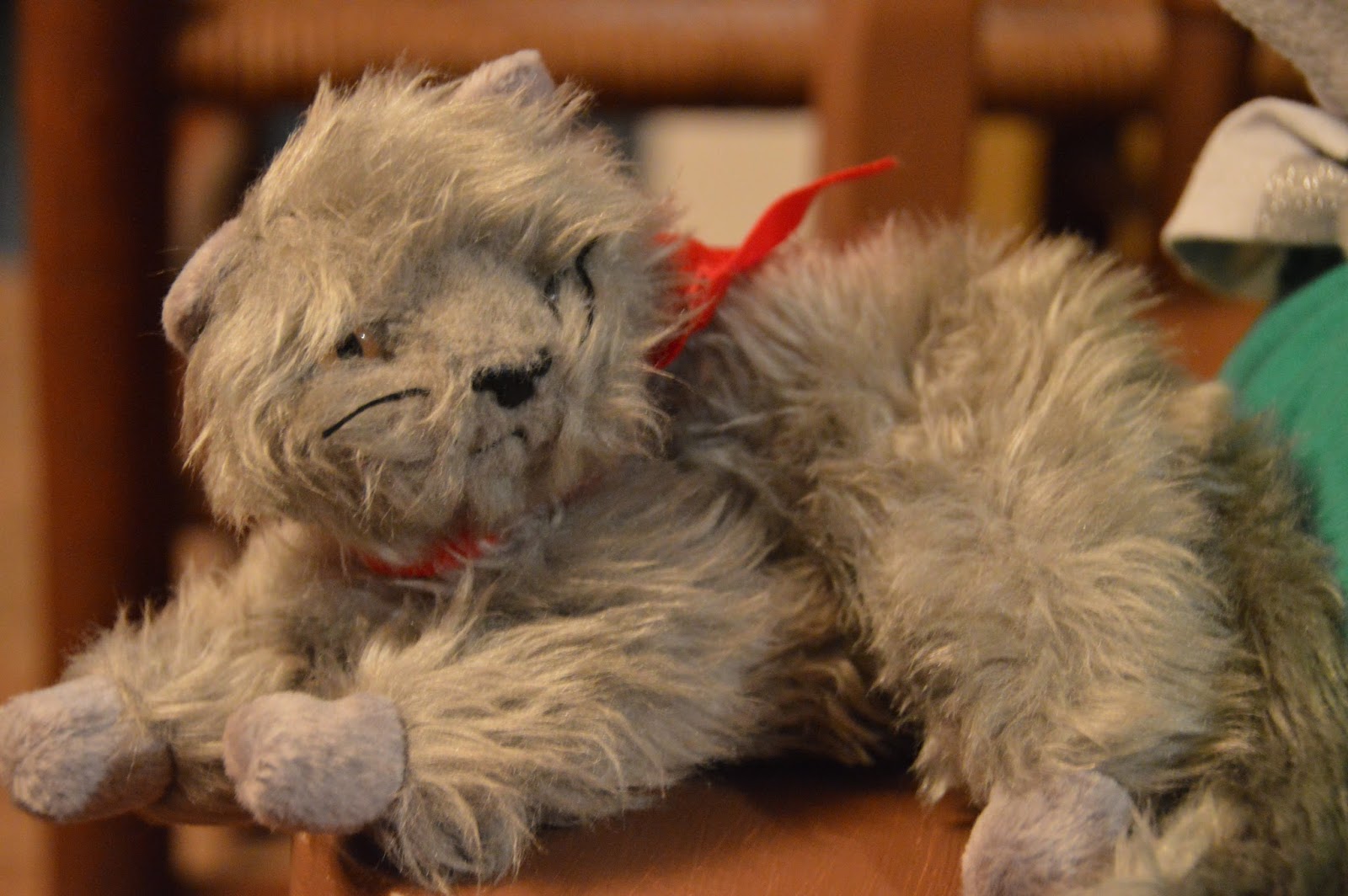 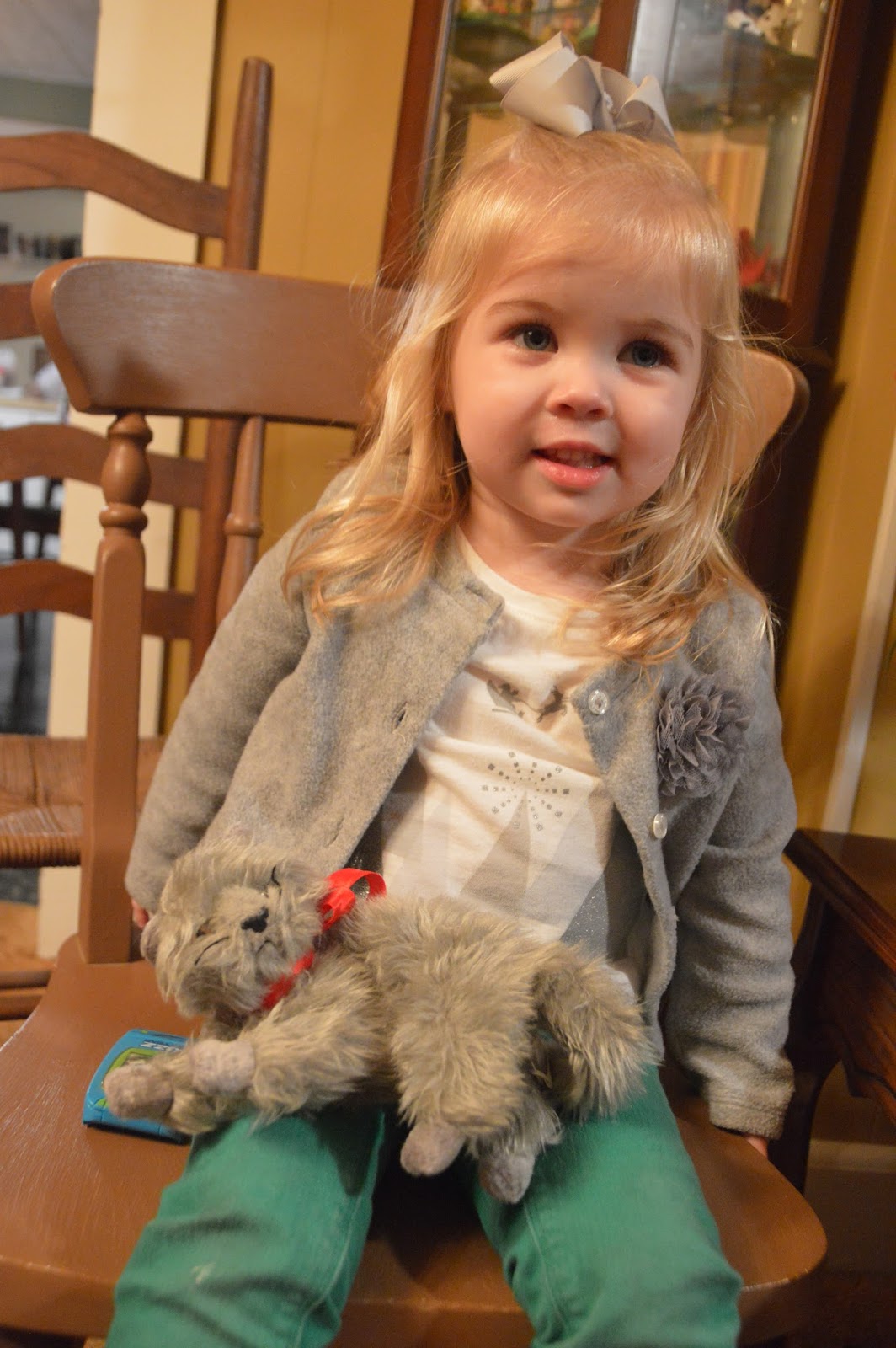 Poor Levi is our last remaining pet. He better cross some toes or something because our pet luck hasn’t been too great this year. We loved Zeke but have no plans on getting another cat. Probably ever. While I always want to have a dog (just one though…no plans on going down the two dog path again either) I’m just not a huge cat person I guess?

We buried Zeke right beside Sadie and put his favorite eating bowls with him. Since he was a kitten he’s always liked these tiny feeding dishes we had and will only want to eat his food out of them. We each said a few words and the kids said some sweet prayers. I’m thankful he’s not suffering or in pain and that we had all those years of wonderful memories together!