Back in the day before we got married I drove a Jetta that my dad paid for. Once we got married my dad took the Jetta back and I was stuck without a car. Zach and I decided to take out a student loan and buy me a truck because once we could afford nicer cars Zach could keep the truck as a “work truck.”

We each got new cars in April of last year (Zach traded his Trailblazer for an Accord and I got a CRV) and have kept the truck parked in front of our house. It has RARELY been used and we’ve had to put money into it to fix the breaks. Not fun. A couple weeks ago we got a letter from our neighborhood saying we needed to move our eyesore non-working truck from the street. Soooo what were we gonna do with it???

About this time Cash for Clunkers started and Zach came up with the idea of using the truck as a clunker and trading in his Accord (as it ALREADY has 45,000 miles on it!) to get something else. We were thinking about getting a Chevy Colorado as it has a 4 door cab feature and gets the best gas mileage of any truck. Plus the payments would be way less than the Accord payment! We went and looked at one but it was SO small. Zach didn’t really like it and even if he had they couldn’t find one ANYWHERE for us.

Nana passed away right in the middle of all our car searching so we stopped for awhile and missed the Cash for Clunkers deal. Once we got home from Melbourne I started searching again (kept my mind off other things) and found an AWESOME deal on a Ford Flex! We worked out a deal over the phone with the people (it’s from a dealership in Dahlonega) and planned on meeting them in Macon on Saturday to trade our two vehicles for their one car.

When Zach told them about our truck he forgot to mention the AC was broken so he had to fix it before doing the trade. Zach has NEVER worked on cars so this was pretty impressive!!! He did a good job too 🙂 My little mecanic haha 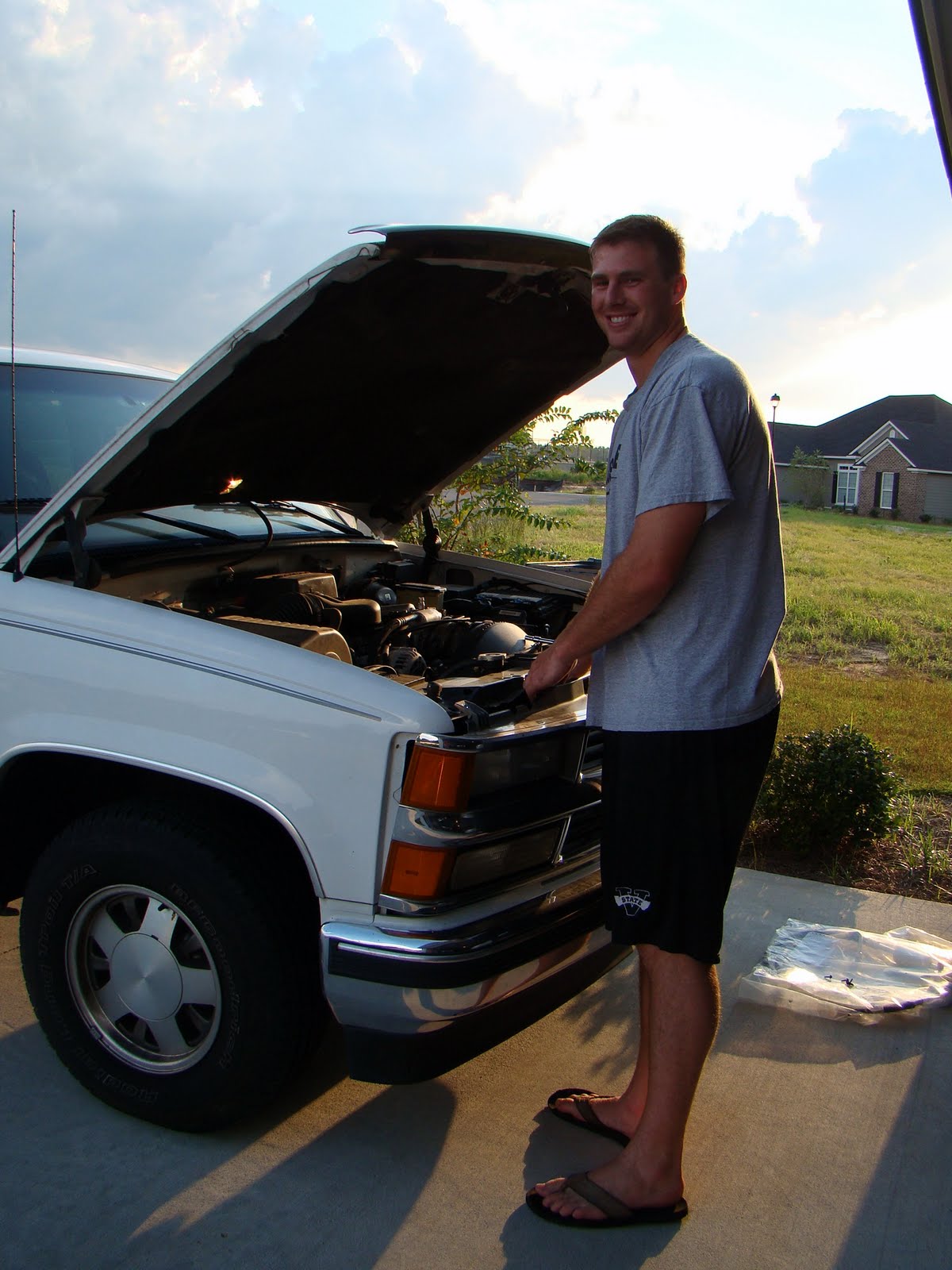 Yesterday Zach was working when his cell rang and it was these guys from the dealership asking where he was because they were in Macon with the car!!! There had been a miscommunication and they thought we were meeting them Wednesday instead of Saturday! Lucky us because they ended up driving the whole way down and bringing us the car to our house! 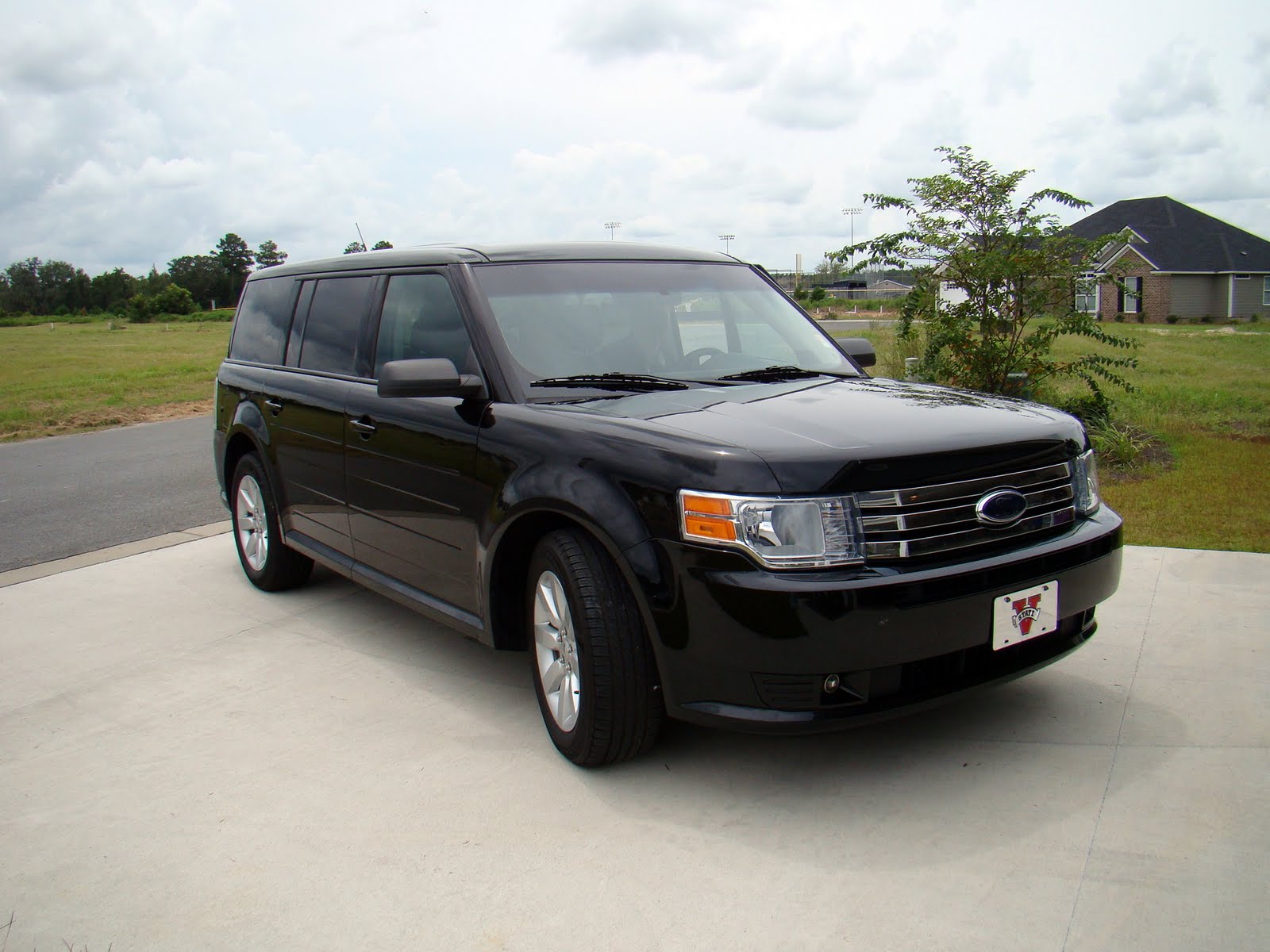 It is SUCH a cool car. Ilove all the features! It has 3rd row seating, the seats lay all the way flat, it has 10 cup holders, 3 plug-ins, an ipod plug, blue interior lighting (like VW has), a hidden door lock key pad, smart key, etc, etc, etc. Plus it is HUGE and still gets 24 mpg! I like it and Zach LOVES it and that’s what makes me so happy about it! 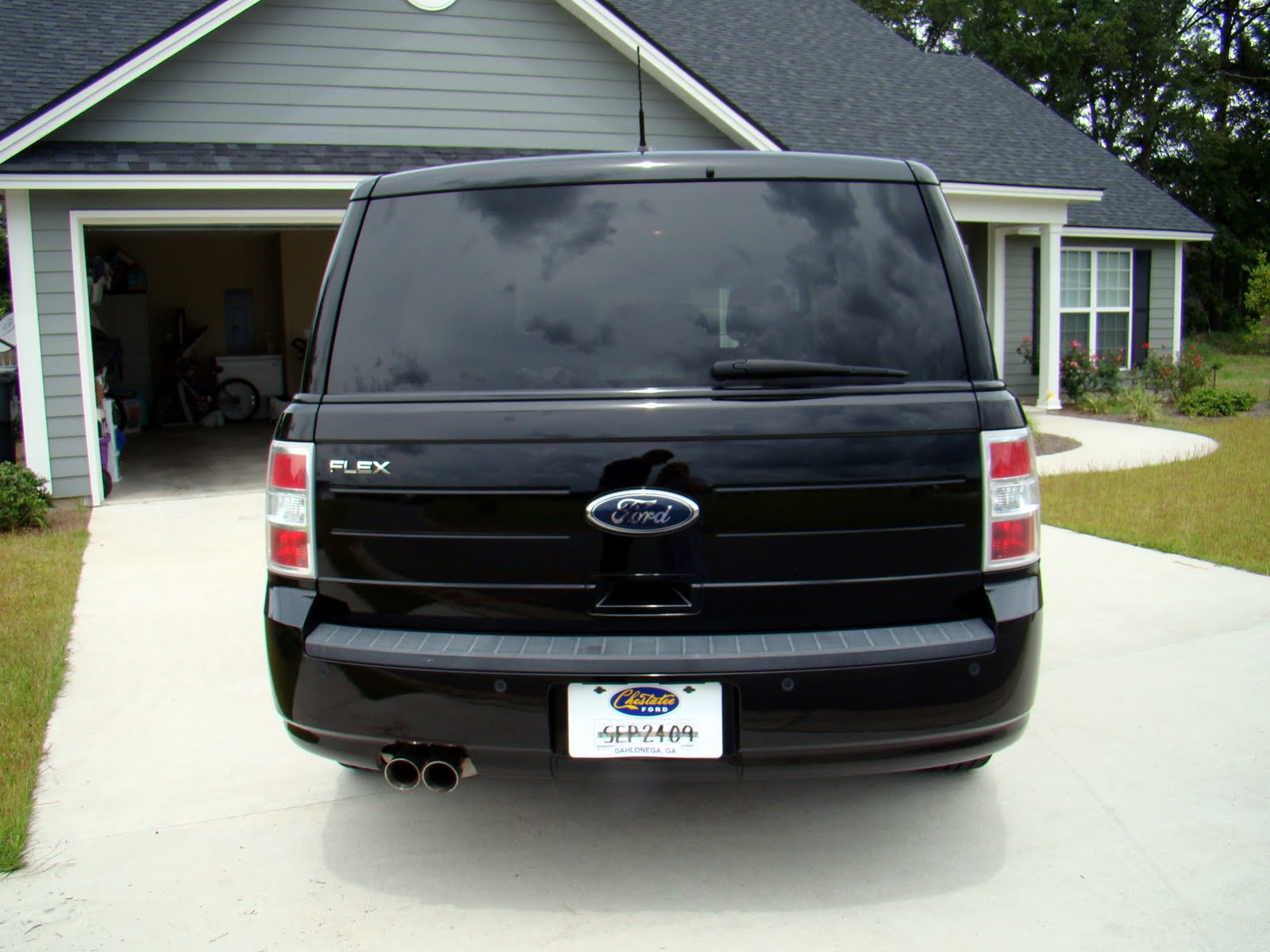 It turned out that we were upside down on the Accord (owed more than it was worth) but they took it without us paying anything for it AND they gave us $7,000 for the truck (umm we paid $5500 for it 2 years ago!). The Flex is a 2009 (so a year newer than the Accord) AND has only 14,000 miles (while the Accord had 45,000) and we got the payments down to only $8 more than the Accord payment AND we’re saving $20 a month on insurance because we only have two vehicles instead of three. So awesome to have a new car and be saving money!

I think it was a good move and I’m just so glad Zach has a car he LOVES now instead of a boring Accord that just got him from place to place 🙂 Plus it’s got plenty of space for alllll our traveling and room when our family grows someday! Yay! 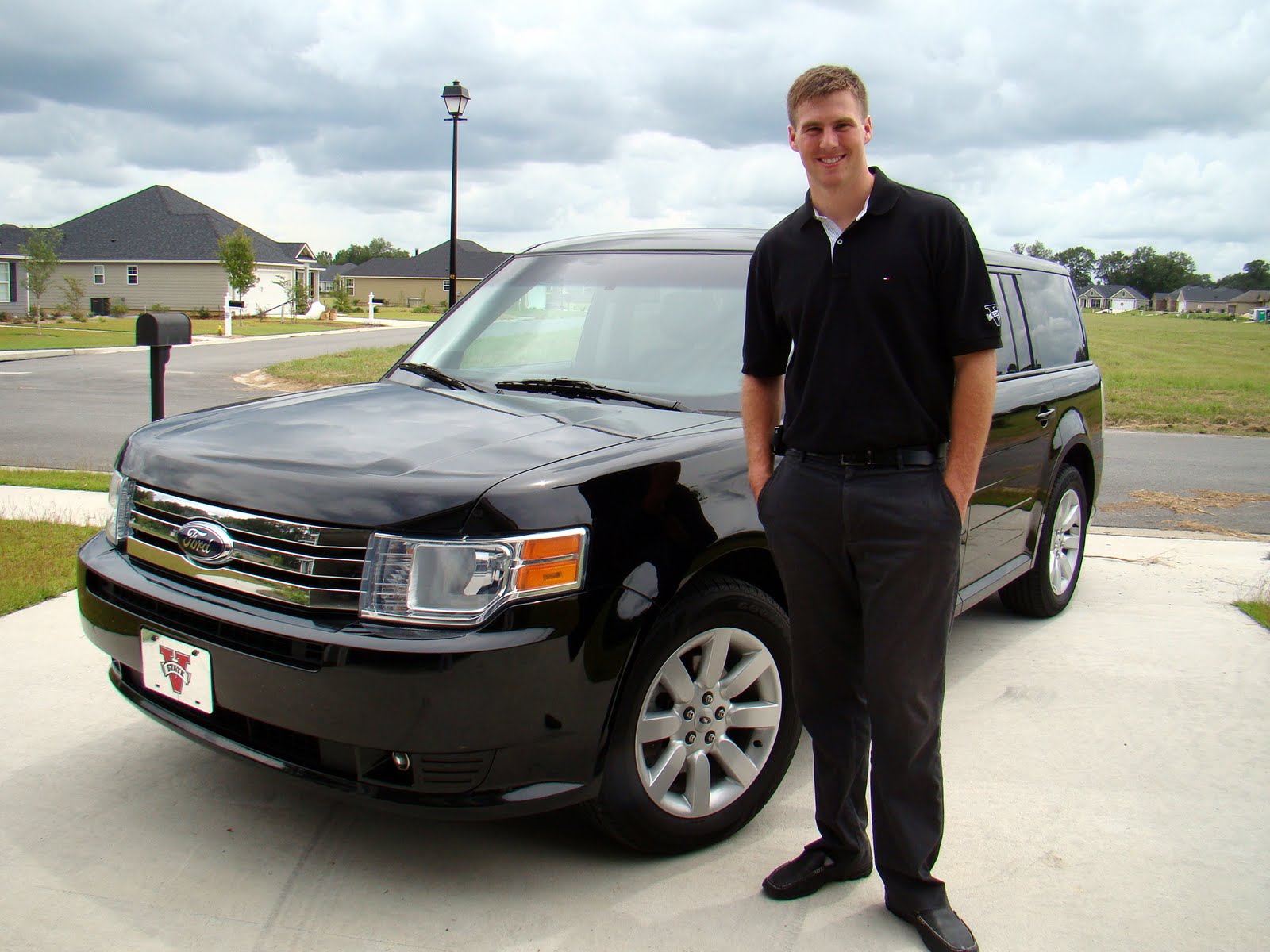