I have never blogged about something I didn’t live myself before, but here goes nothing 🙂

As I mentioned before Mom and I got Brandon and Zach golf lessons at Sea Island from an instructor. Brandon is a beginner golfer so he needs helps on mastering some of the basics and Zach needs some tweaking to make his junk better. 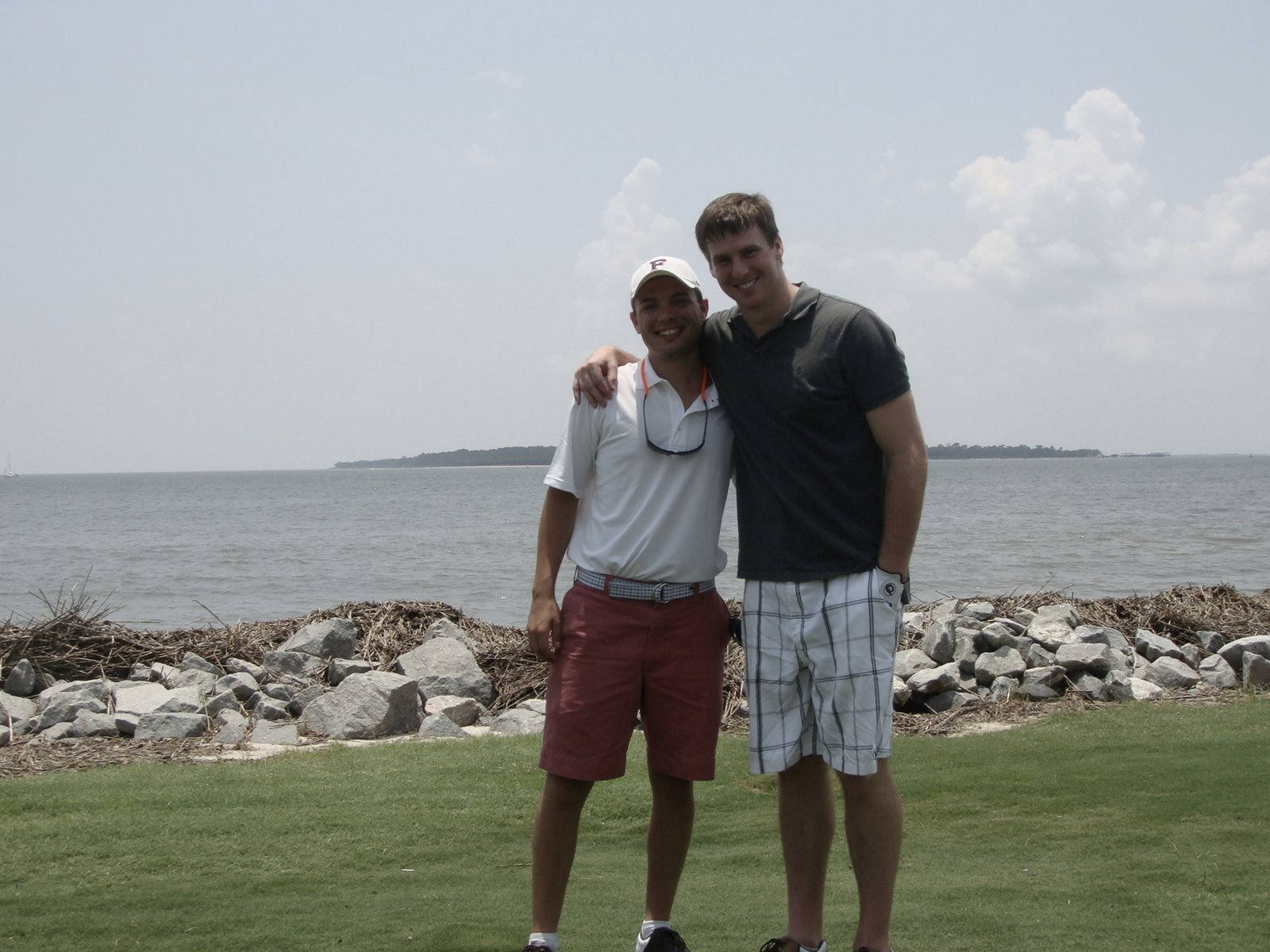 I can’t speak for Brandon but I know Zach has been PUMPED about the lessons since Christmas. I’m pretty sure Brandon was excited too and has grown more excited as he gets little golf things here and there (like the new golf shoes Chrissy got him for their 2 year anniversary).

First thing when we got to the condo in St. Simon’s the guys whipped out their clubs and cleaned them! So cute! 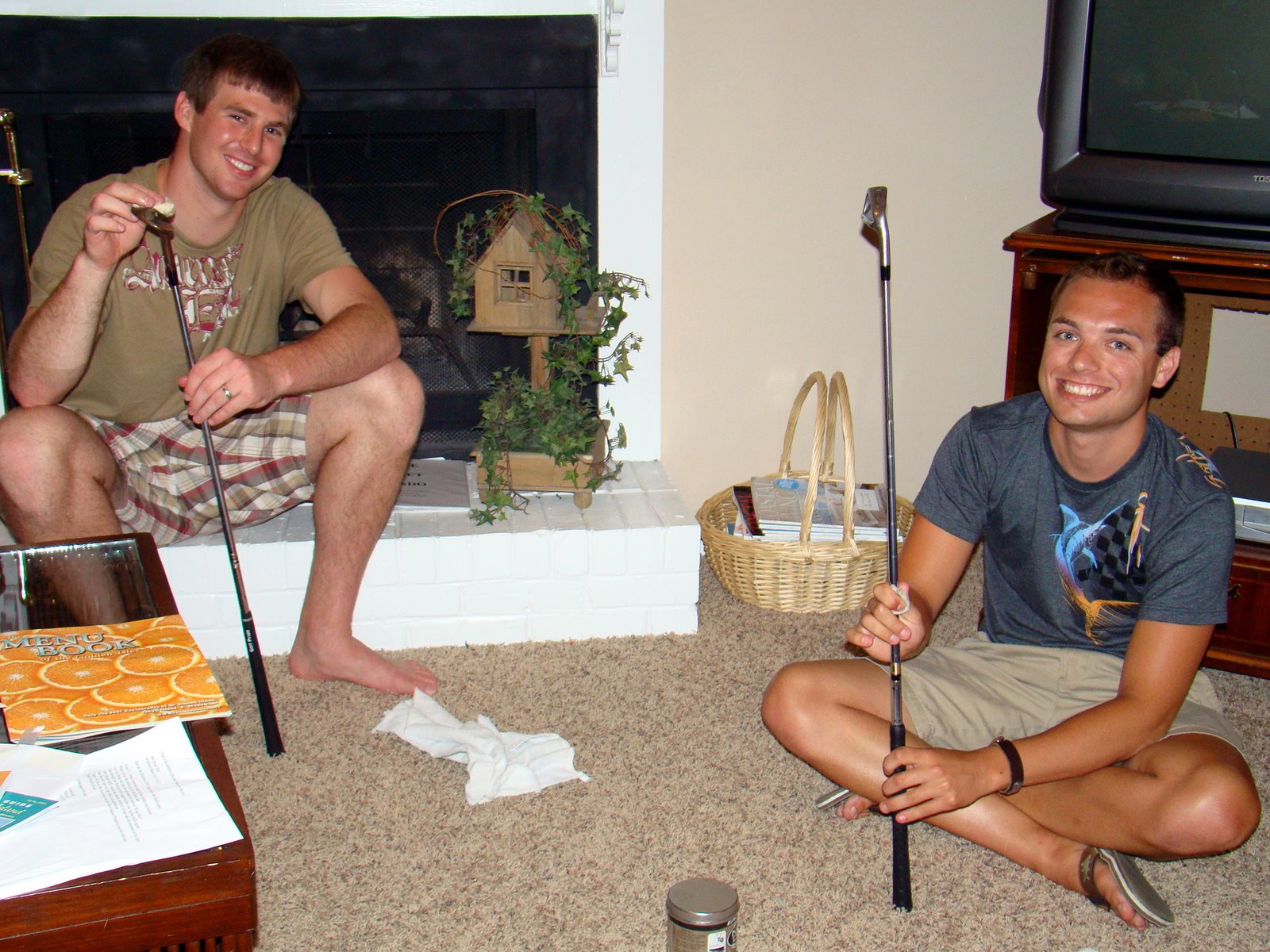 They each had a one hour private lesson and LOVED it!!! They both came home talking up a storm about all the things they learned! The guy told Brandon that he has a natural swing and just needs to make some improvements on how he stands and stuff but that his swing doesn’t even need fixing! That’s a pretty big compliment! Zach’s instructor told him that if he could afford to take a year off work and just golf that he could probably go pro! Too bad we already tried to go pro in something once…I think we’re good with Aflac for awhile 🙂 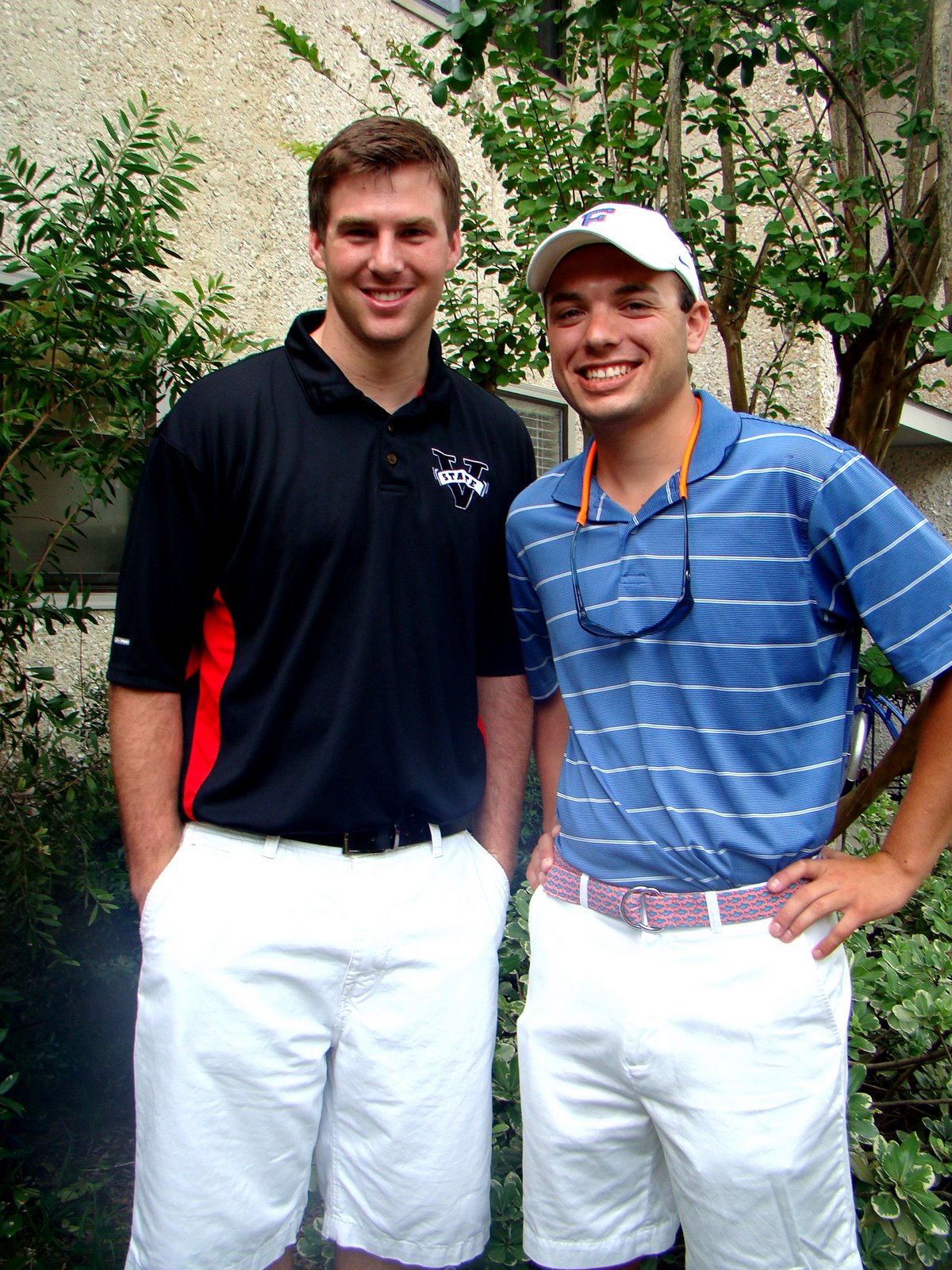 After the lesson they went and looked at clubs because Brandon has hand-me-down stuff and could really use a new driver. They found a great deal on one but didn’t feel like it was okay to spend the money with the wedding coming up and all. But once they got back to the condo all us girls told them to go buy that thing!!! Brandon was soooo happy can’t you tell? 🙂 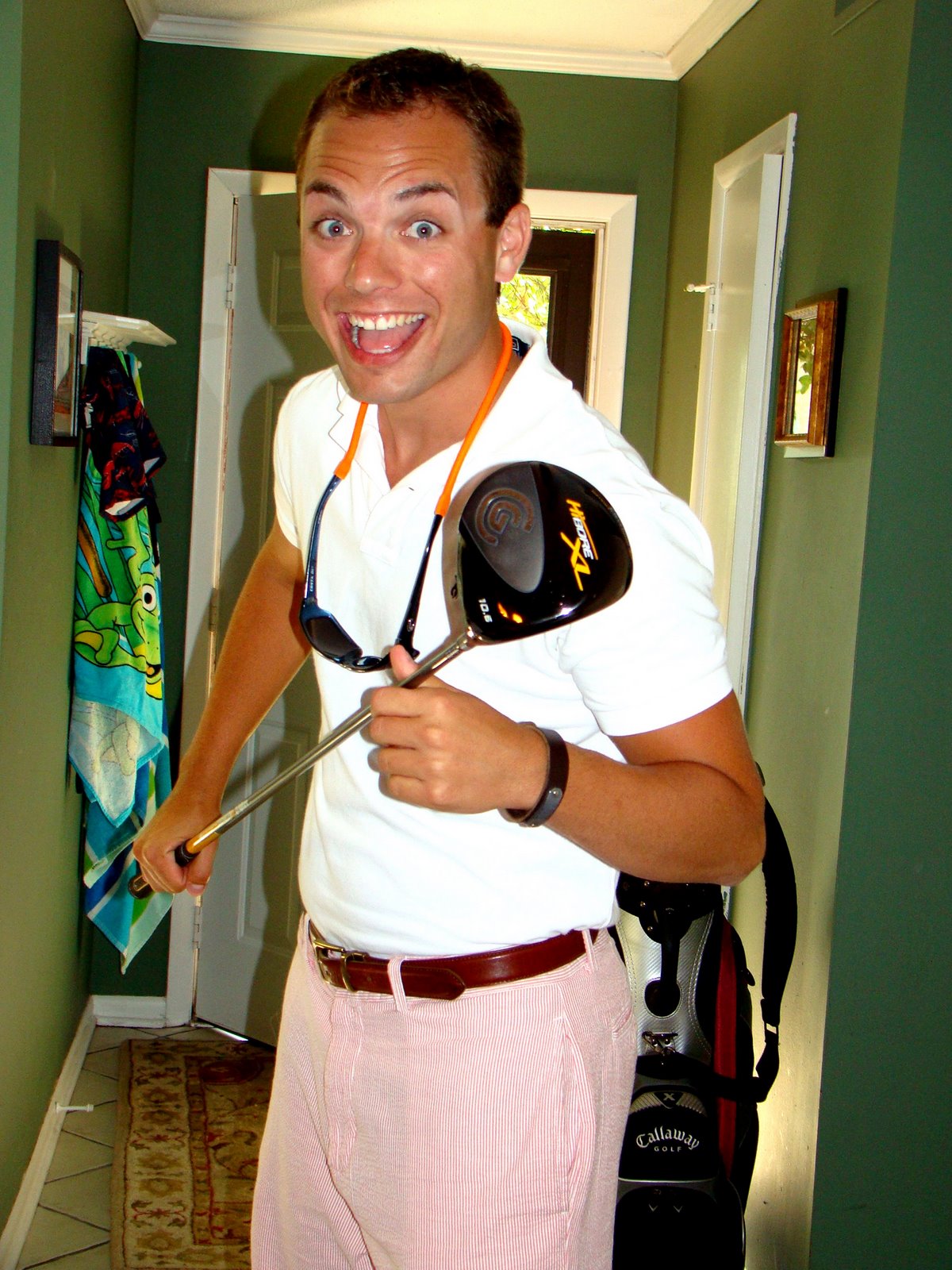 After their lessons we had also given them a certificate good for one round of golf somewhere in St. Simons. Well Zach’s instructor told him that he could get them on to PLAY AT SEA ISLAND! Those of you who don’t know you CANNOT get on to play there! You have to be a member or be with a member. It’s super tough to get on and if you do it’s super expensive! But the guy told them they could play for $75 each (which is insanely expensive to me but the place we had a t-time for them was $69 so it’s worth the $6 extra bucks!) 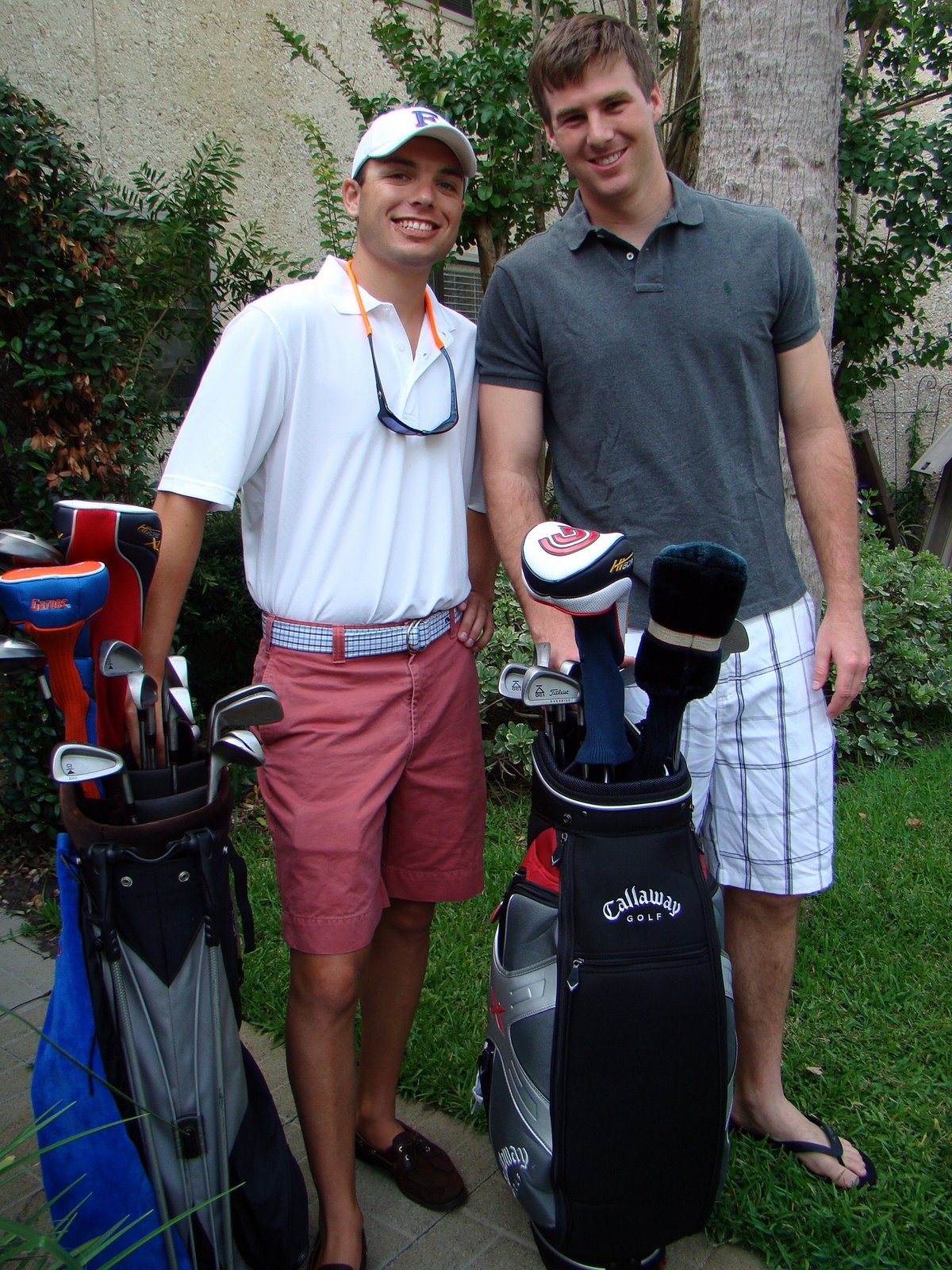 They were sooooooo stoaked to get to play at such an awesome course! It’s a once in a lifetime type experience and I was so happy they got to do that!!!

I am glad I have two cameras now as I was able to keep my camera for pictures of Kye and Zach took the other one to be able to capture their awesome day! I’m so proud of him because they actually DID take pictures..and lots of them!!! I hope I picked out good ones to put on here…it’s hard to tell which ones are “good” haha 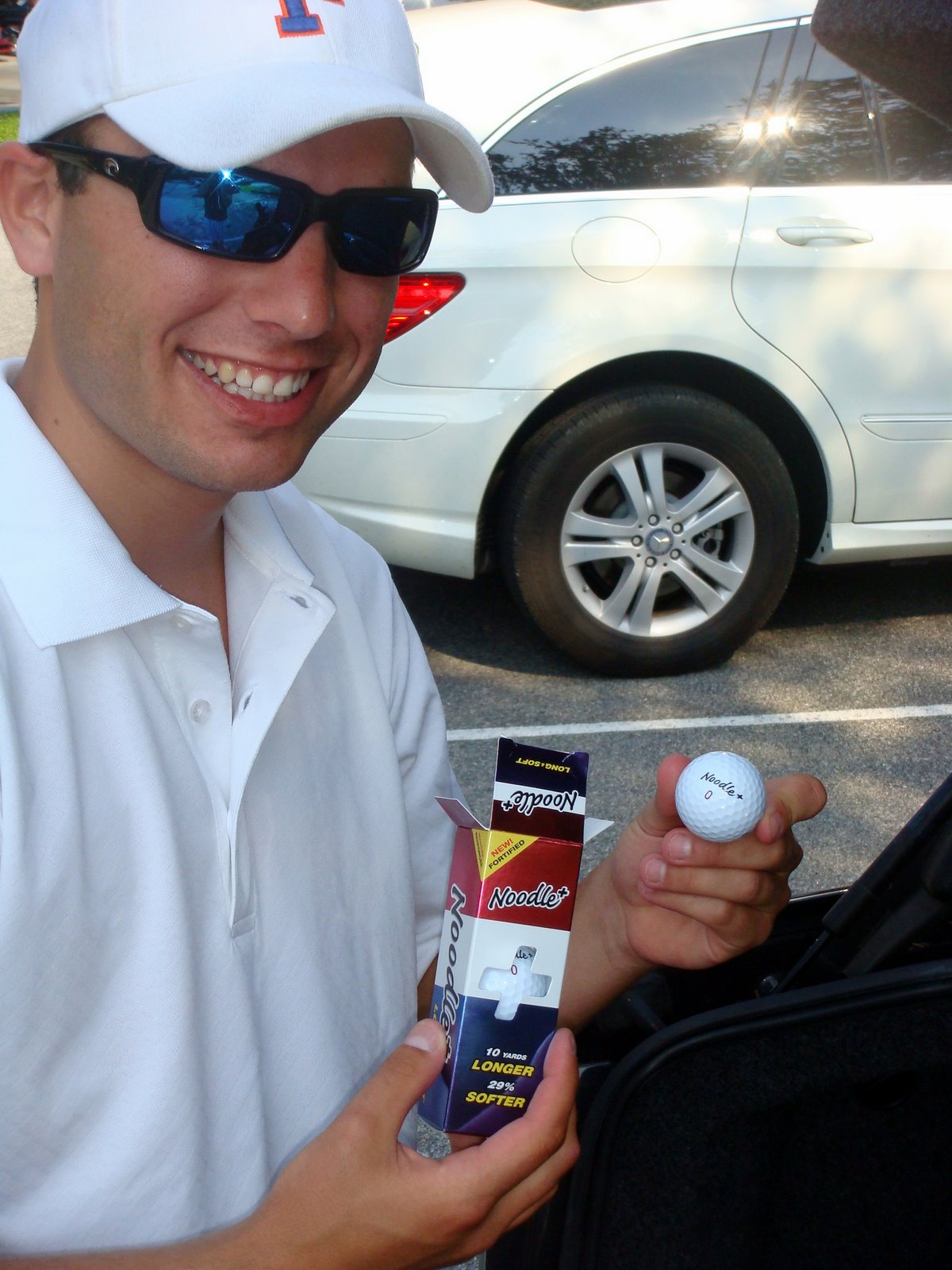 They said the course was AMAZING 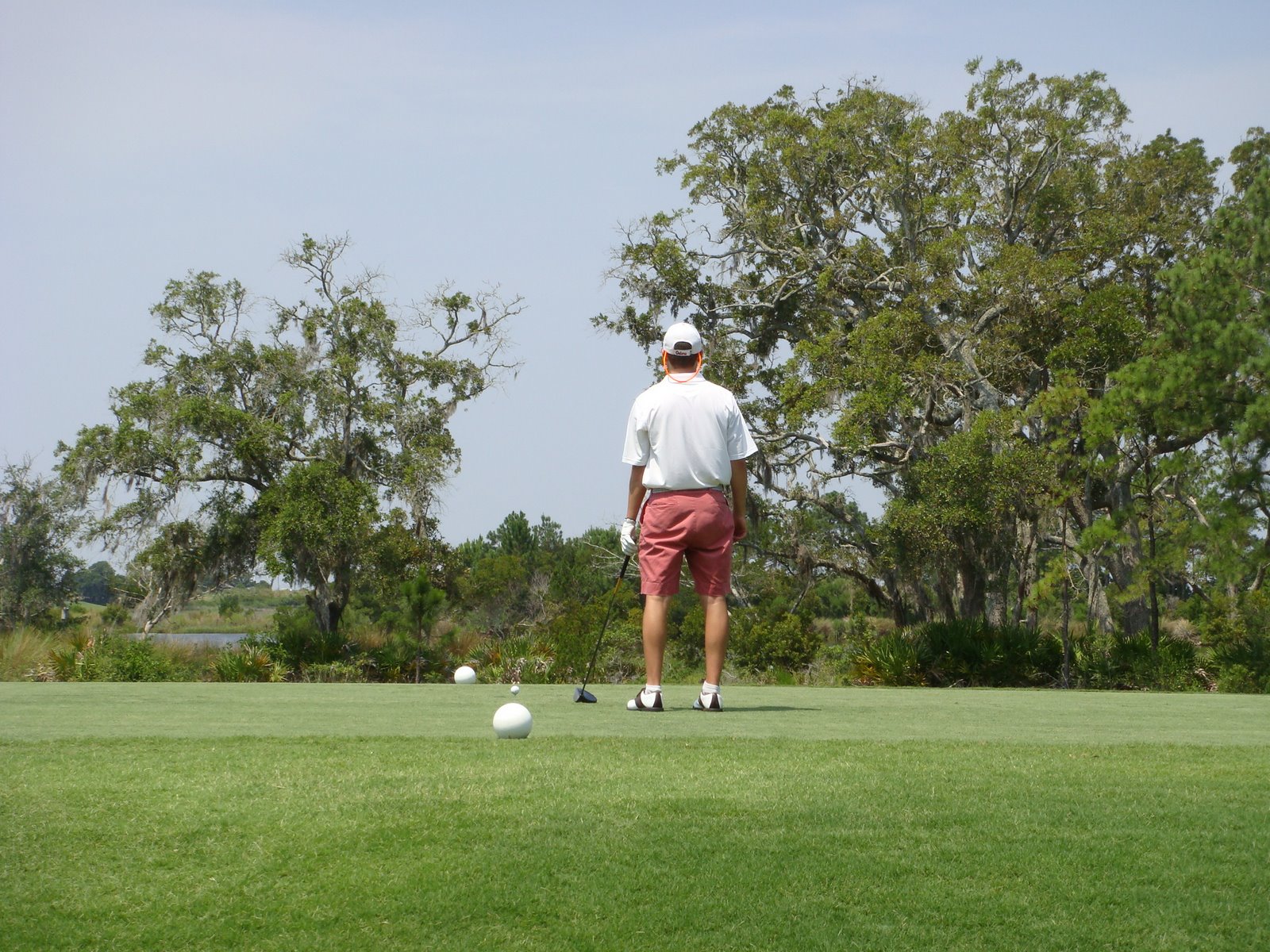 And that some of the holes were even with views of the ocean! 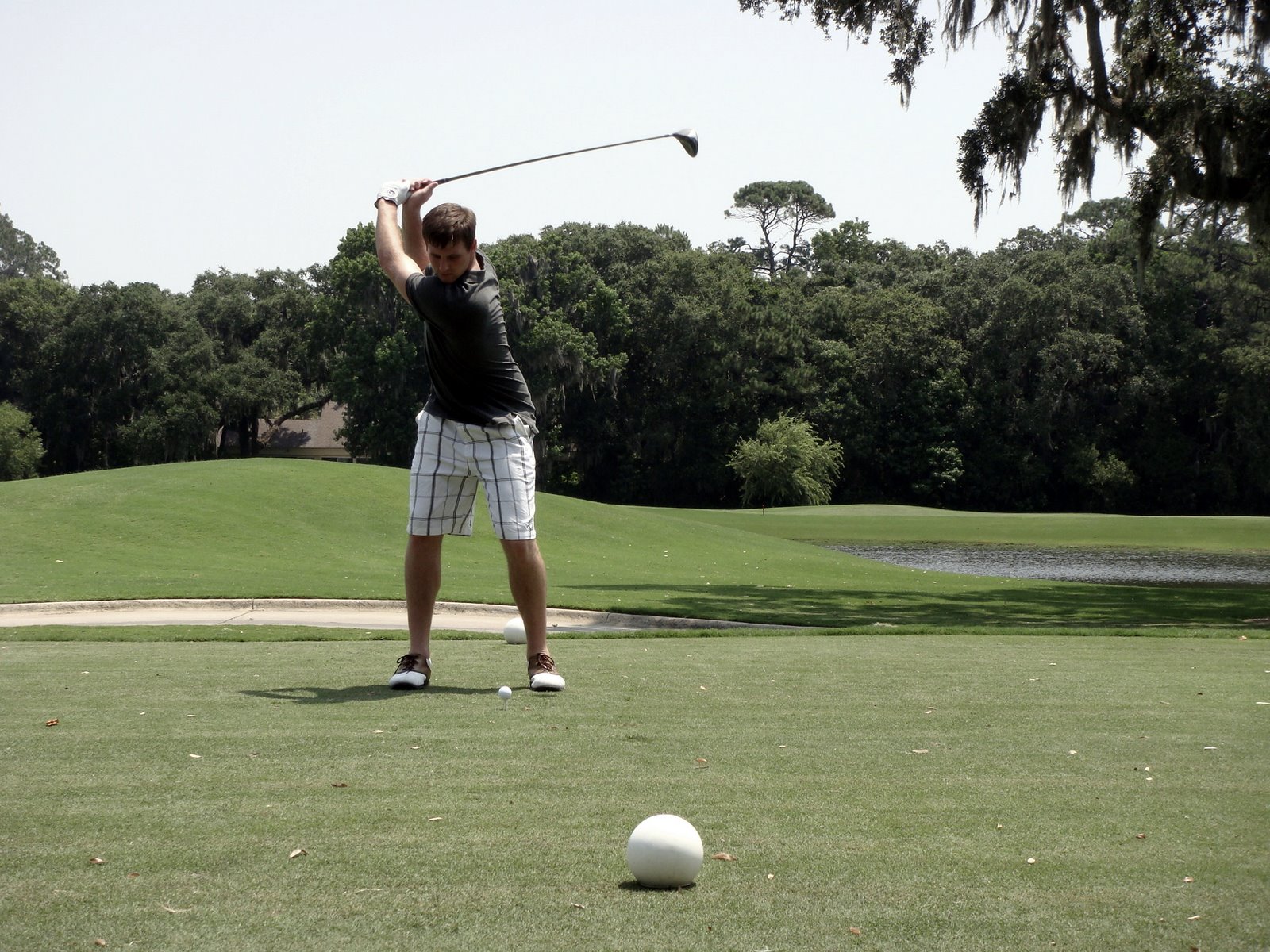 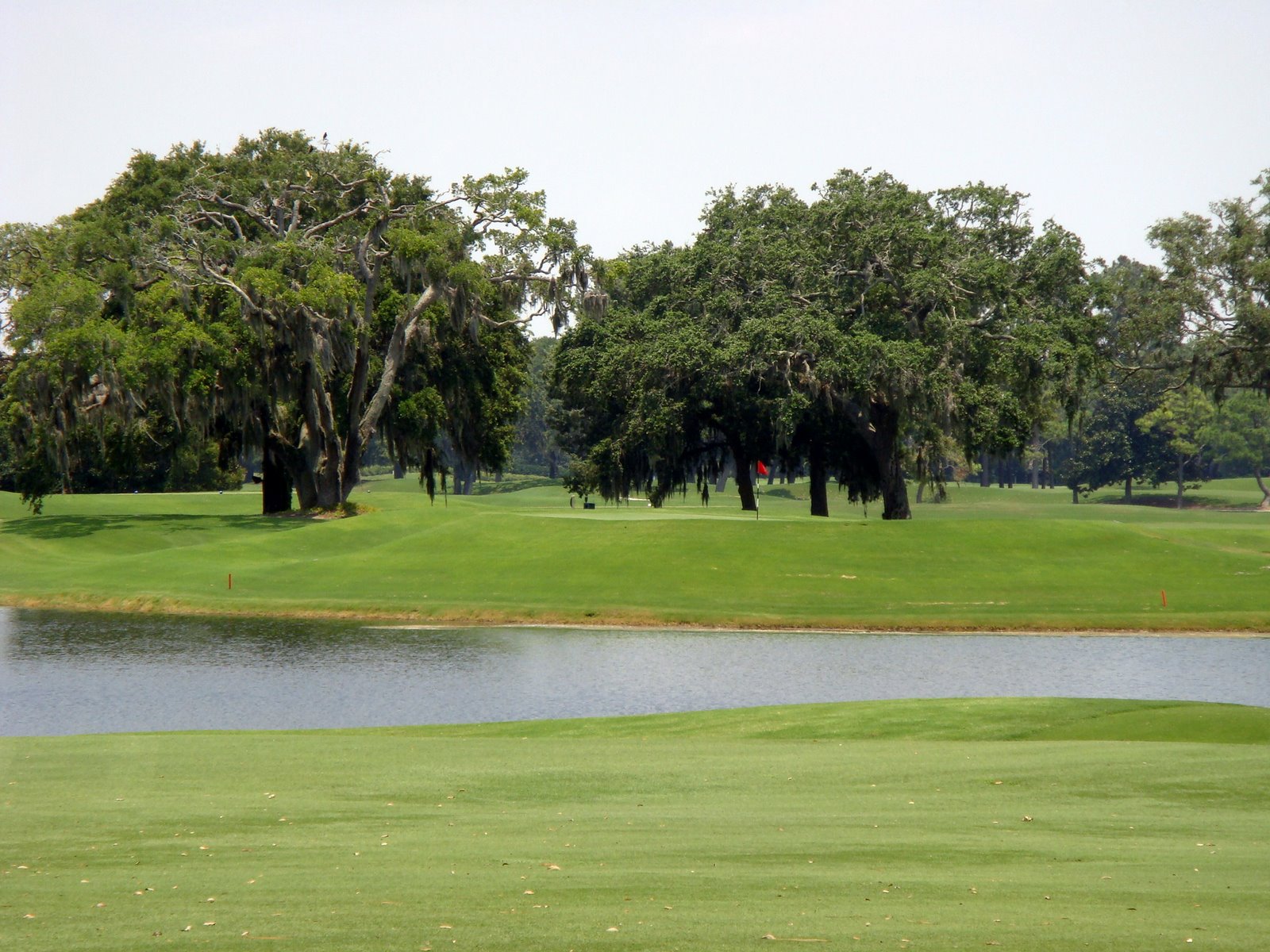 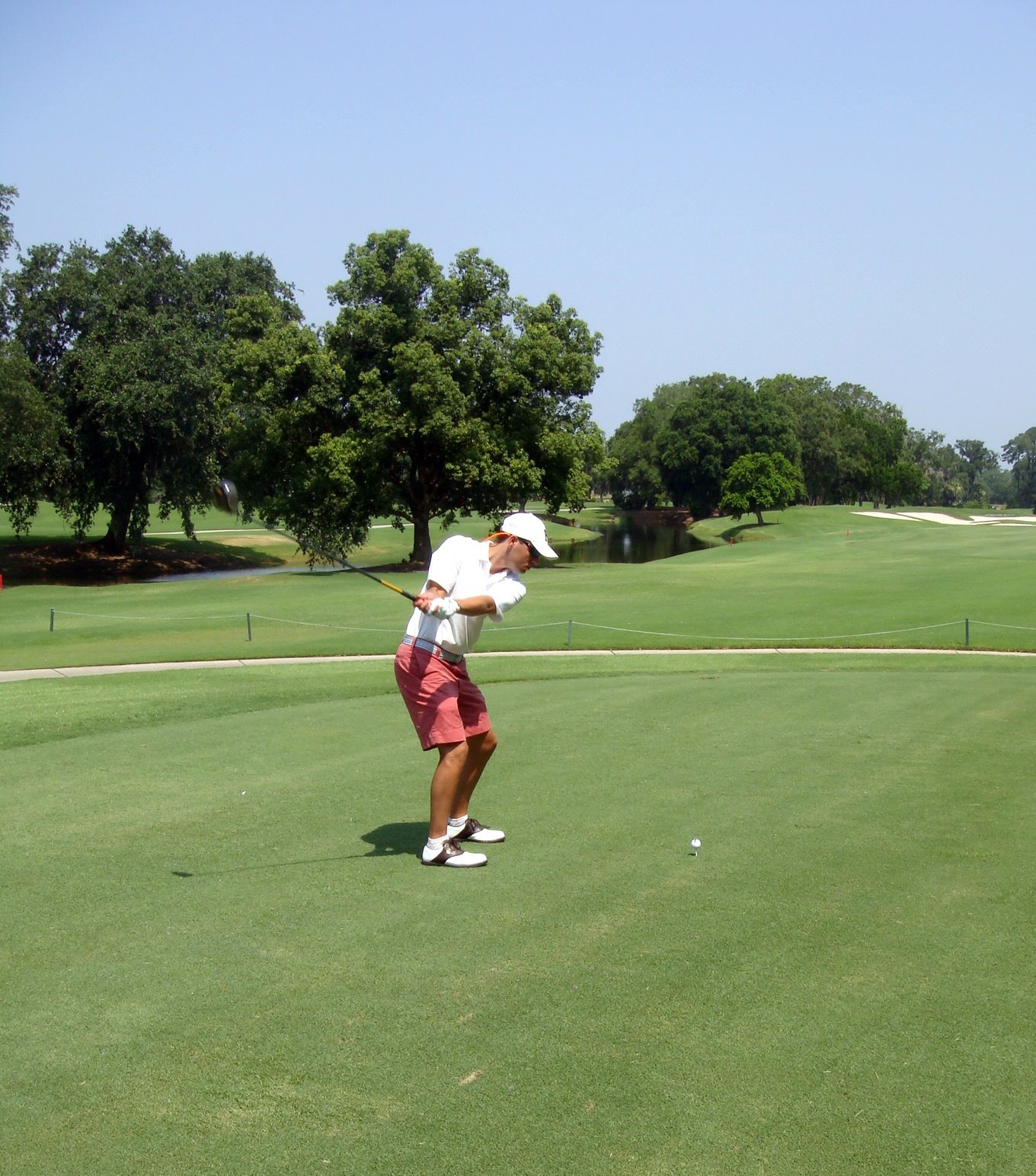 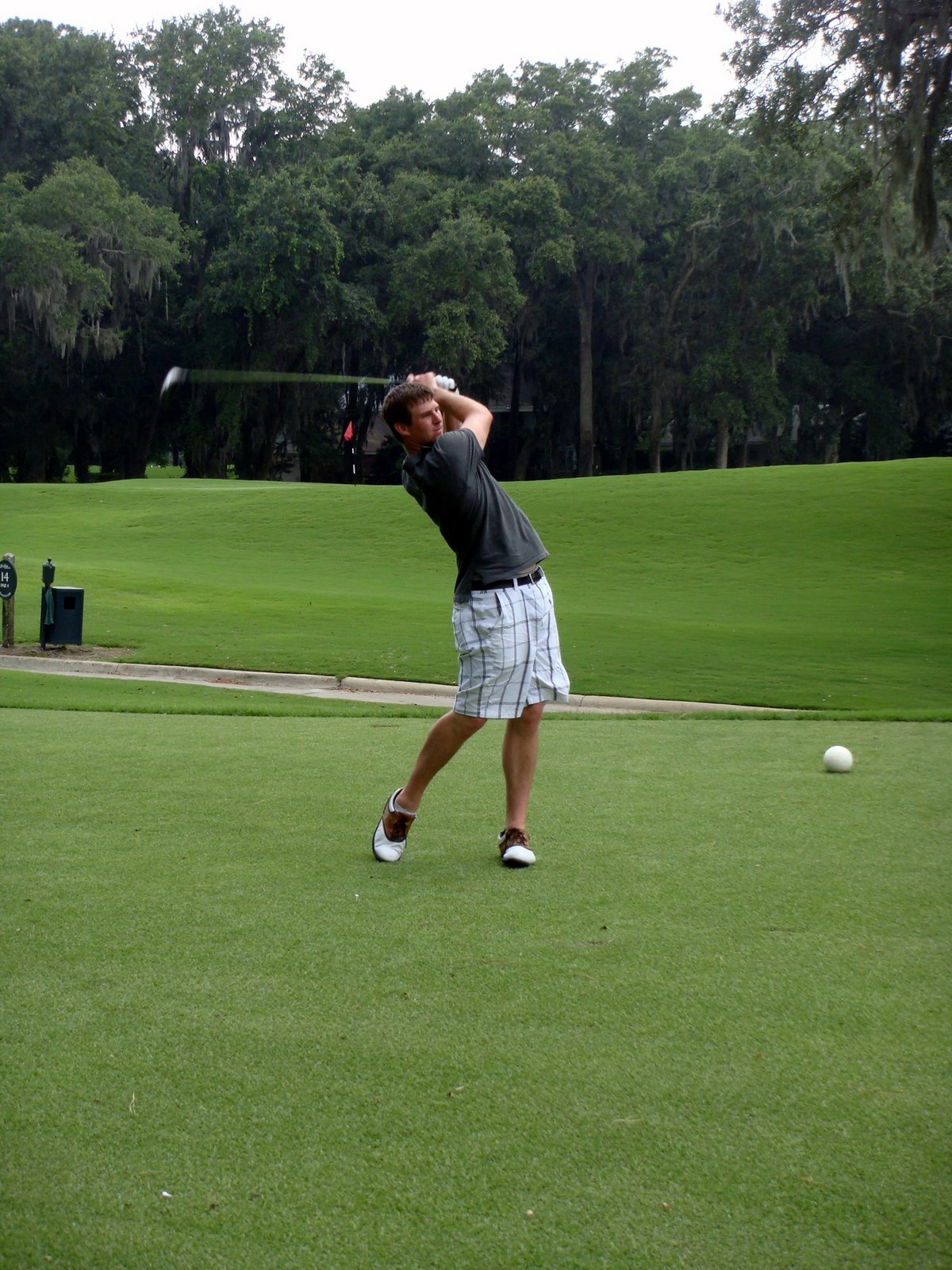 When they got home they were so pumped to tell us every detail and it was so cute to see them so excited. They said they took as long as they could on purpose to enjoy the moments. They sat in the locker room for almost an hour just soaking it all in! haha.

They both played AWESOME too!!! Brandon shot under 100 which is super good for a beginner, especially on such a hard course. And Zach shot 1 over par!

This is (I think) the last hole and how close Brandon made it to getting in…I don’t know golf but he shot it from pretty far away I guess. They took several pictures of this so it must be a pretty big deal haha 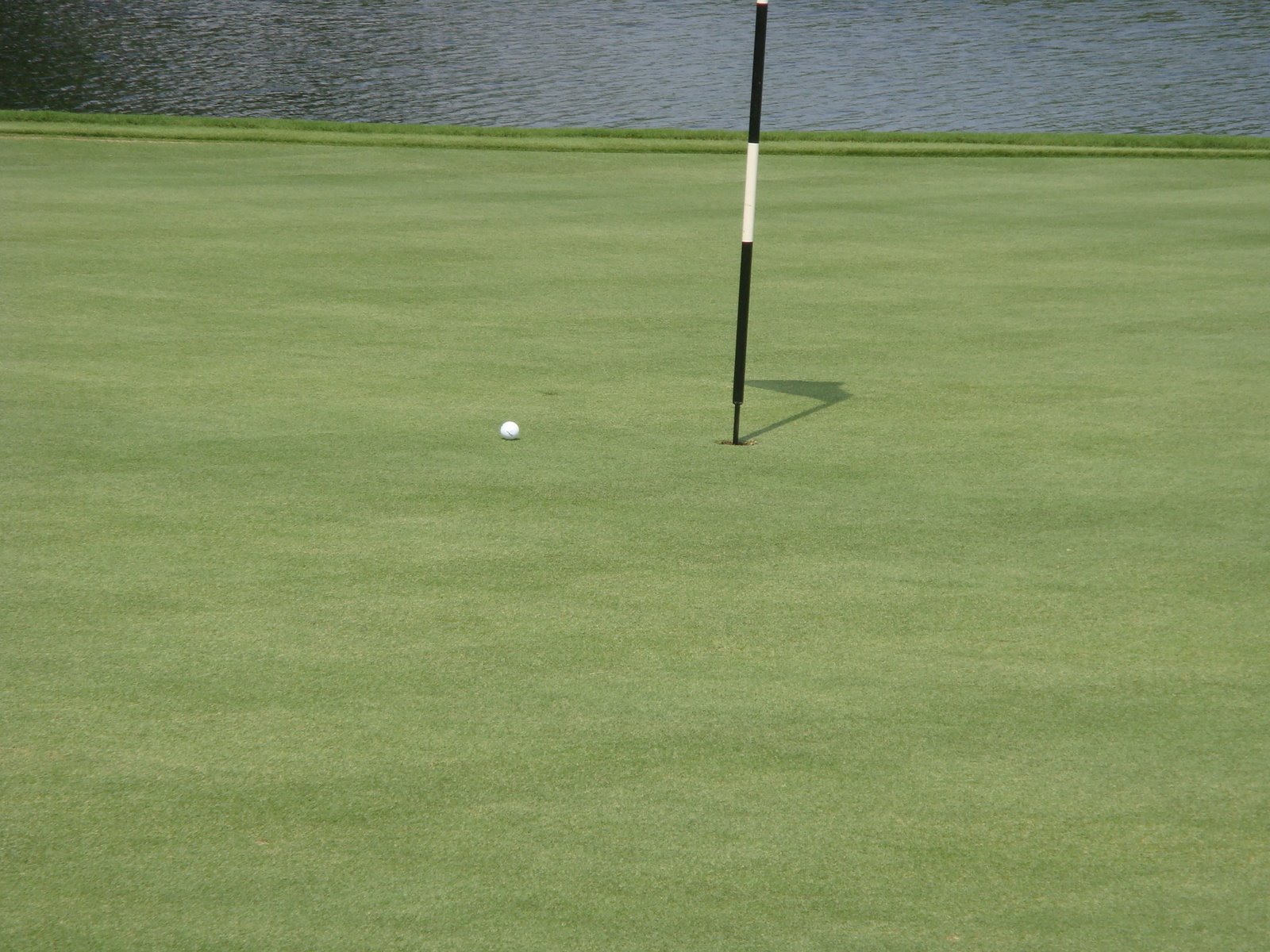 It made me so happy to see them both so happy! I know Brandon had a blast but of course I talked to Zach more about it and he told me it was literally one of the happiest and most fun days of his life! I know that duh our wedding, our baby being born, his sportscenter catch, and the national championships come before it but still one of the best days? That’s pretty special!

It means a lot to me that my brother and husband had such good quality guy time. Who wouldn’t want their brother and husband to be friends? Brandon said he really loves golfing with Zach and Zach said he had a BLAST with Brandon. It made the trip all that much more special and I hope Brandon can break away from all his work, school, and wedding planning sometime to come up here to golf with Zach. I also hope that there are many more times they will get to spend together in such a fun setting! 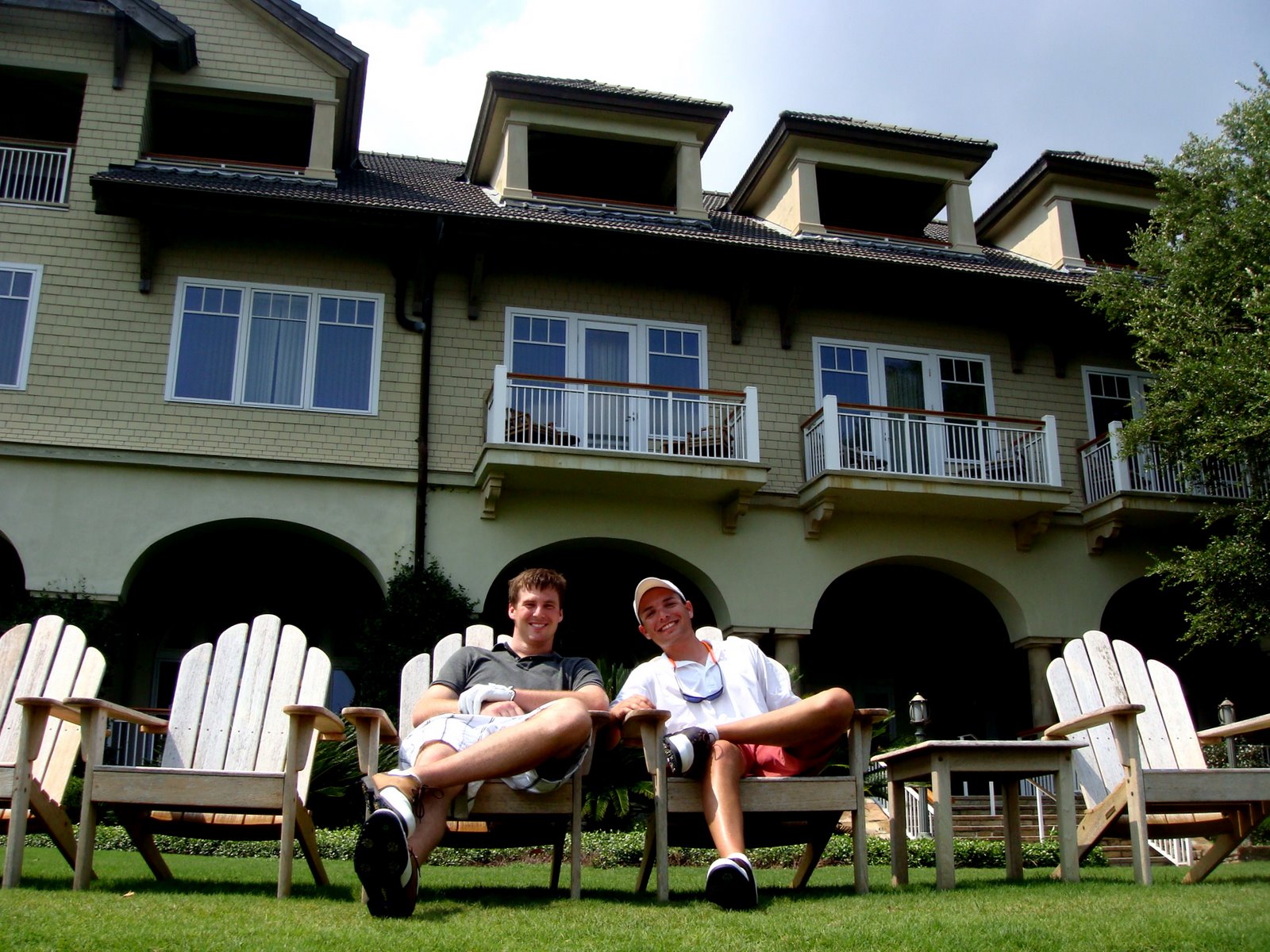