Since I was having the shower at our house Saturday we had to decide what Zach would do and what he could do that included Kye since I didn’t want Kye here (I just feel like baby shower’s are to honor the baby to come…not to show off the babies who are already here!). Zach decided that he wanted to do something with HIS dad as a pre-father’s day celebration. And what did they want to do? Golf of course! The easy-going-mom in me said SURE take our 3 month old baby out in 100 degree heat and have a blast!

It was really cute how excited Zach was to take Kye with them even though Kye will NEVER remember his “first” time golfing, I know Mr. Rusty and Zach won’t ever forget it! The cutest thing about their golf trip? I laid out Kye’s outfit and then Zach came out asking if his outfit looked ok…and I asked him if he was trying to match the baby and he said yes! SO adorable that he wanted to kind be coordinated with his son! I gave him the camera to take lots of pics of the big event…but of course he didn’t so I’m glad I snapped this one before they left! 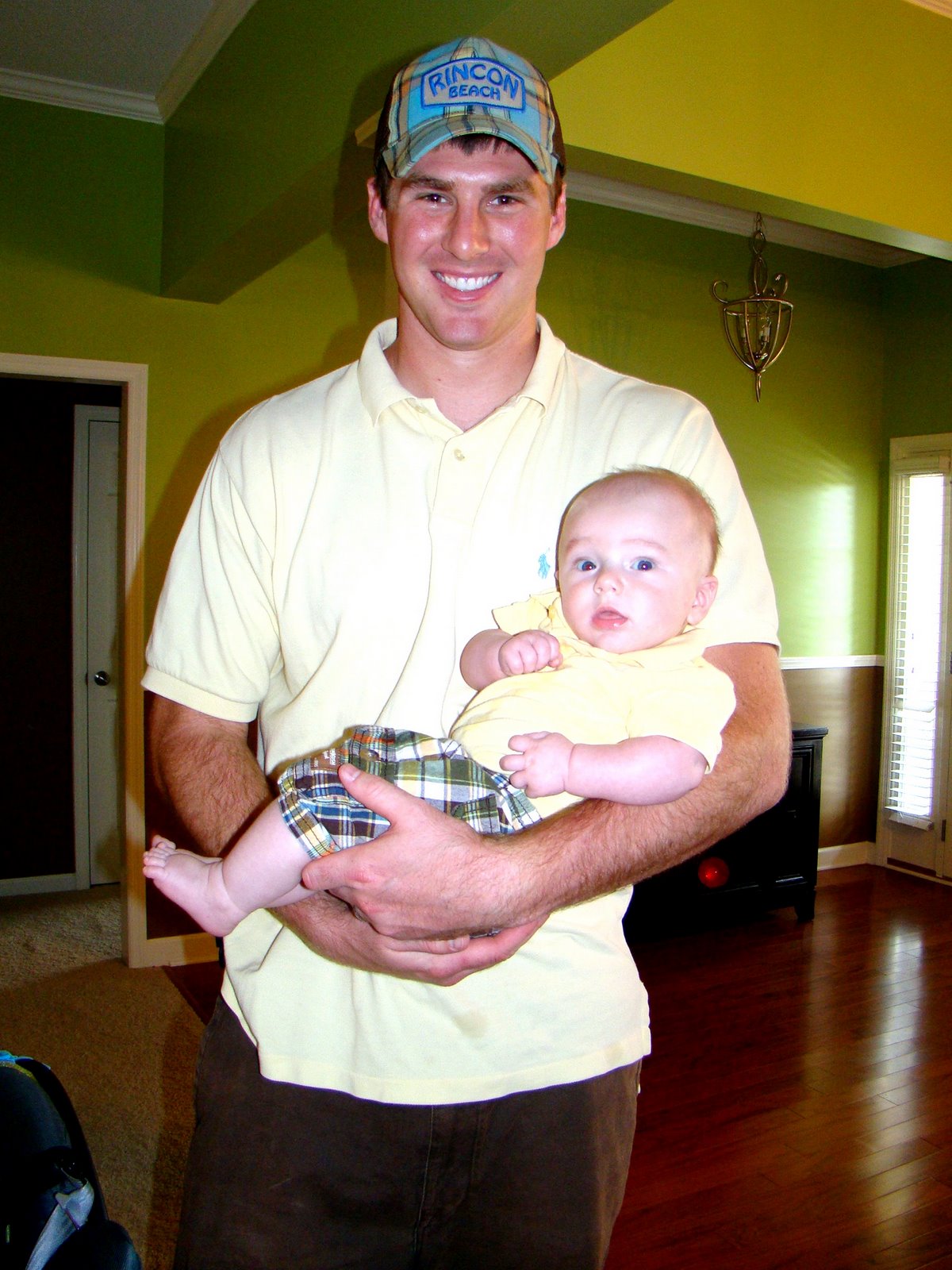 Father’s Day morning we decided that we should start going to Sunday school class. We’ve been doing good making it to morning church (still haven’t battled evening church…it’s just SO much in one day to tackle with a young baby) and really want to be at class so we rushed around to be able to do that!

We decided to be late though as we wanted a few special minutes to open Zach’s Father’s Day gift! Here’s the proud daddy with his son 🙂 Can you tell it was about Kye’s naptime? 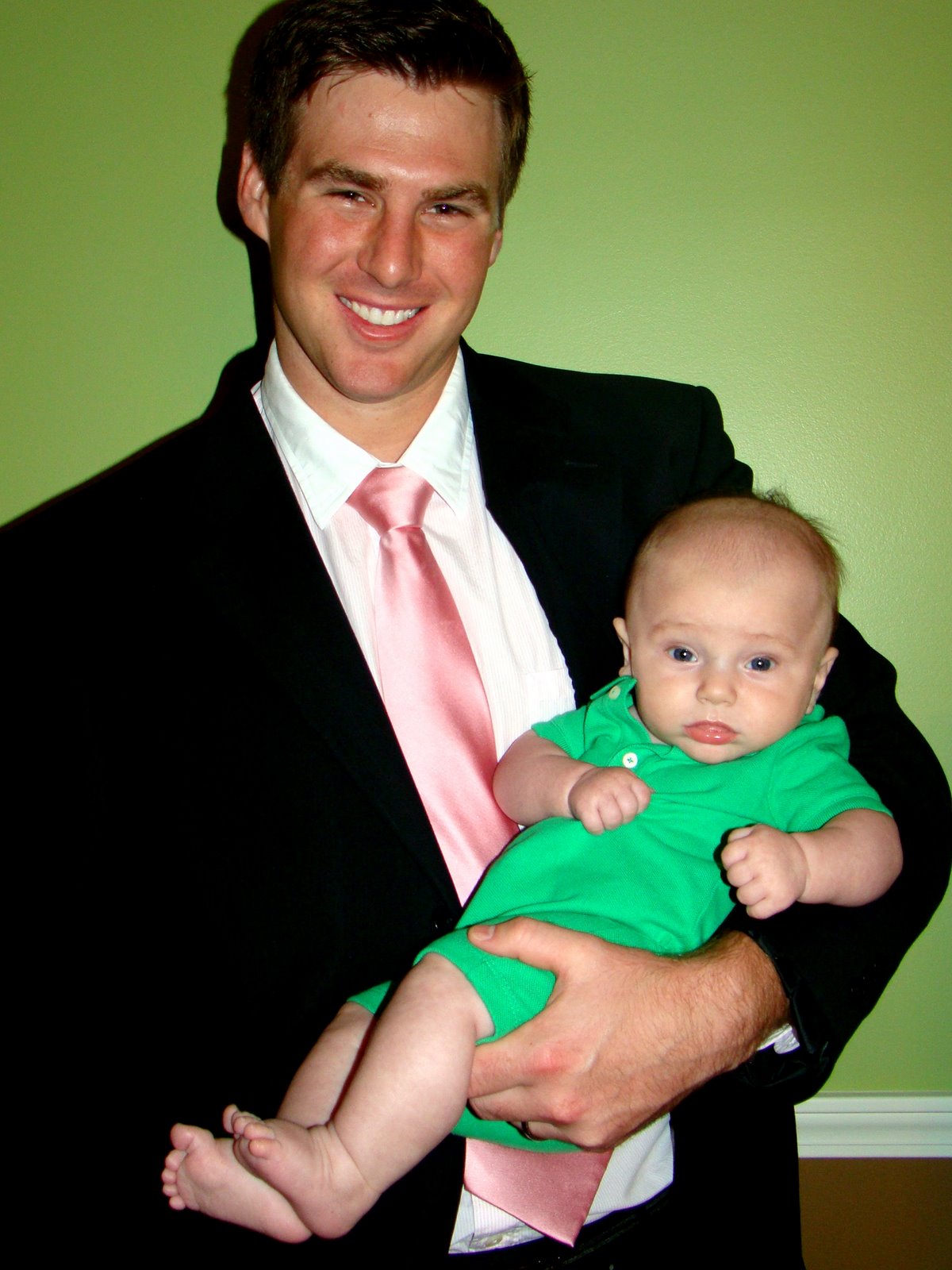 Opening his card from Kye! Yes, the paci is in. It was 9:10 and Kye’s nap is at 9 so it was needed!!!! The next post is going to be dedicated to Zach’s gift but it was cufflinks and he really loved them! 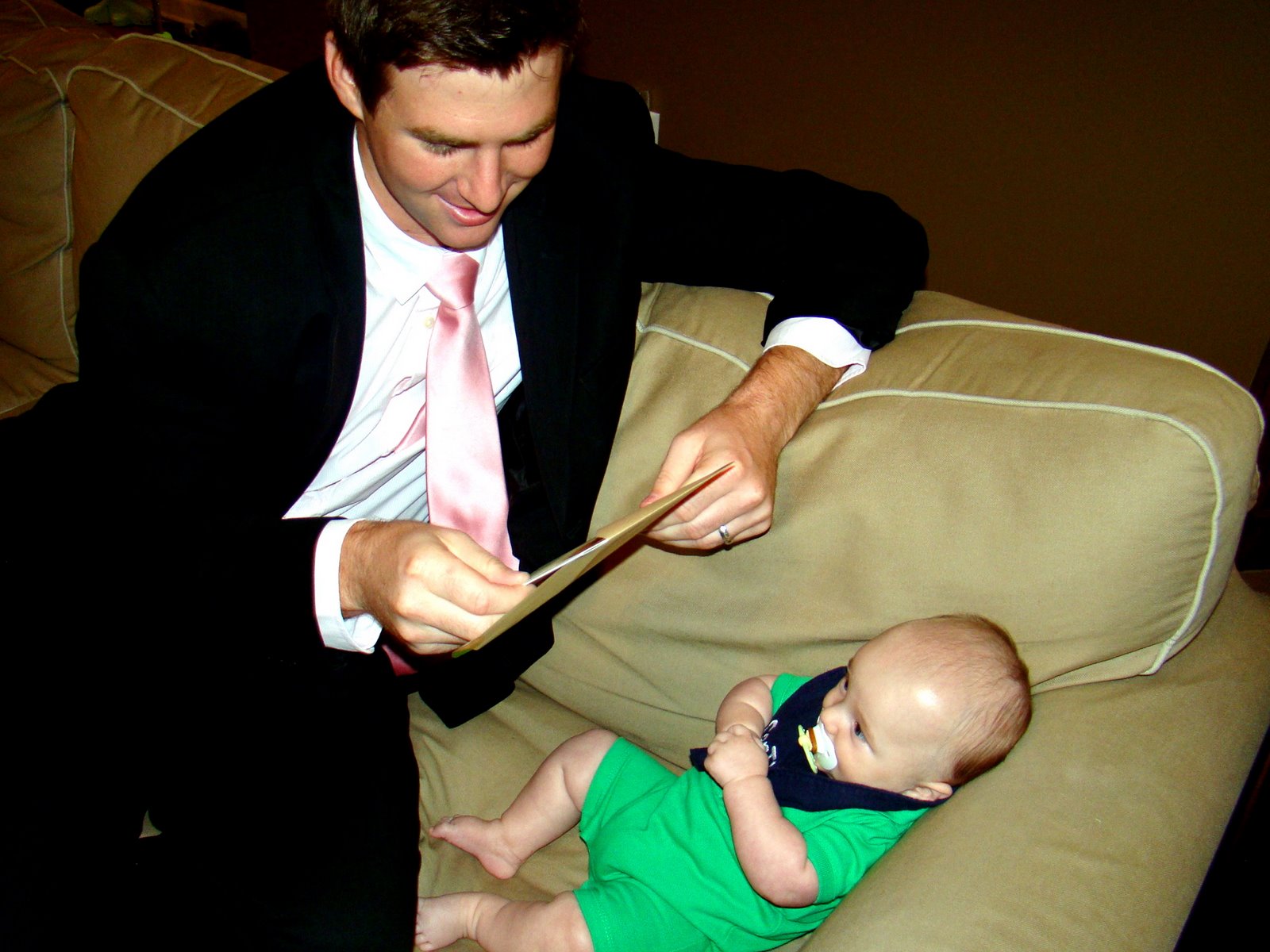 I had to steal a quick pic with him too 🙂 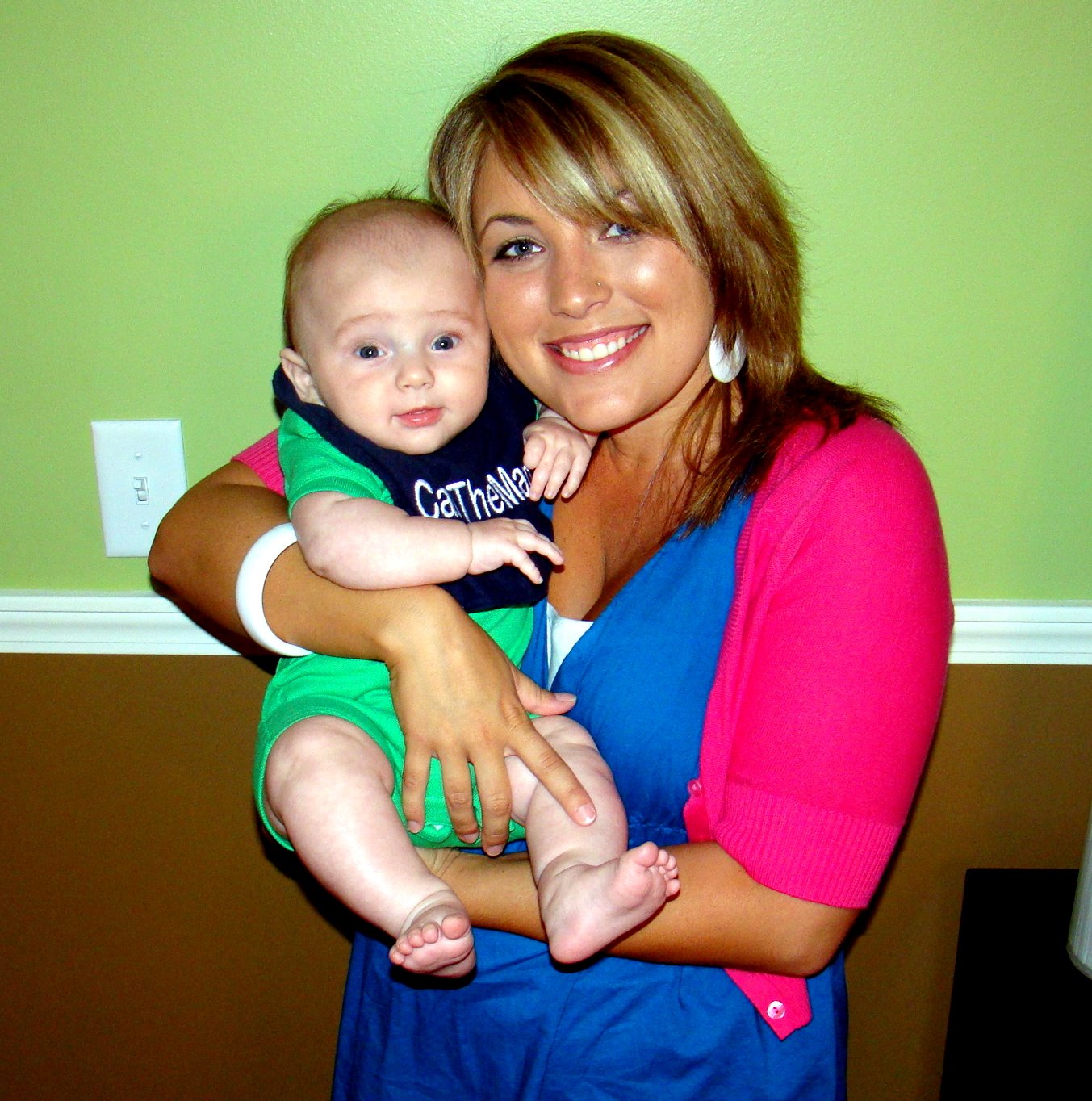 After church we loaded up (with Ashley) and headed to the Parker’s to eat. It was a big choatic with 3 babies and 10 adults!!! Poor Kye didn’t get a very good nap but we did our best. When we got home Zach said for Father’s Day he wanted to take Kye out in the blow-up pool we bought (I use it everyday to lay out in haha). Kye was overly tired but at least he had the experience!

Can’t you tell Weight Watchers is doing wonders for Zach? He looks awesome! 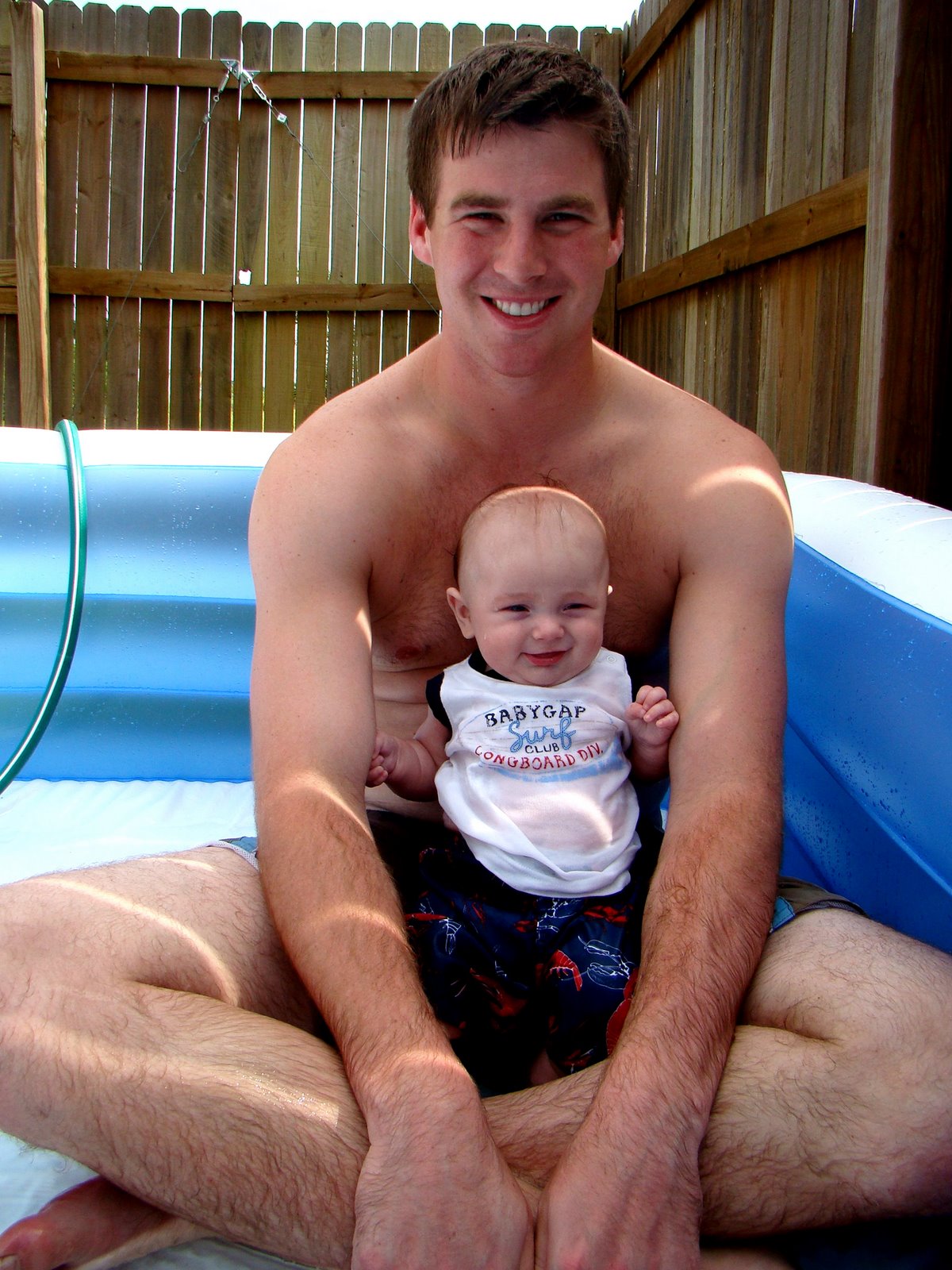 Not too sure about this whole thing… 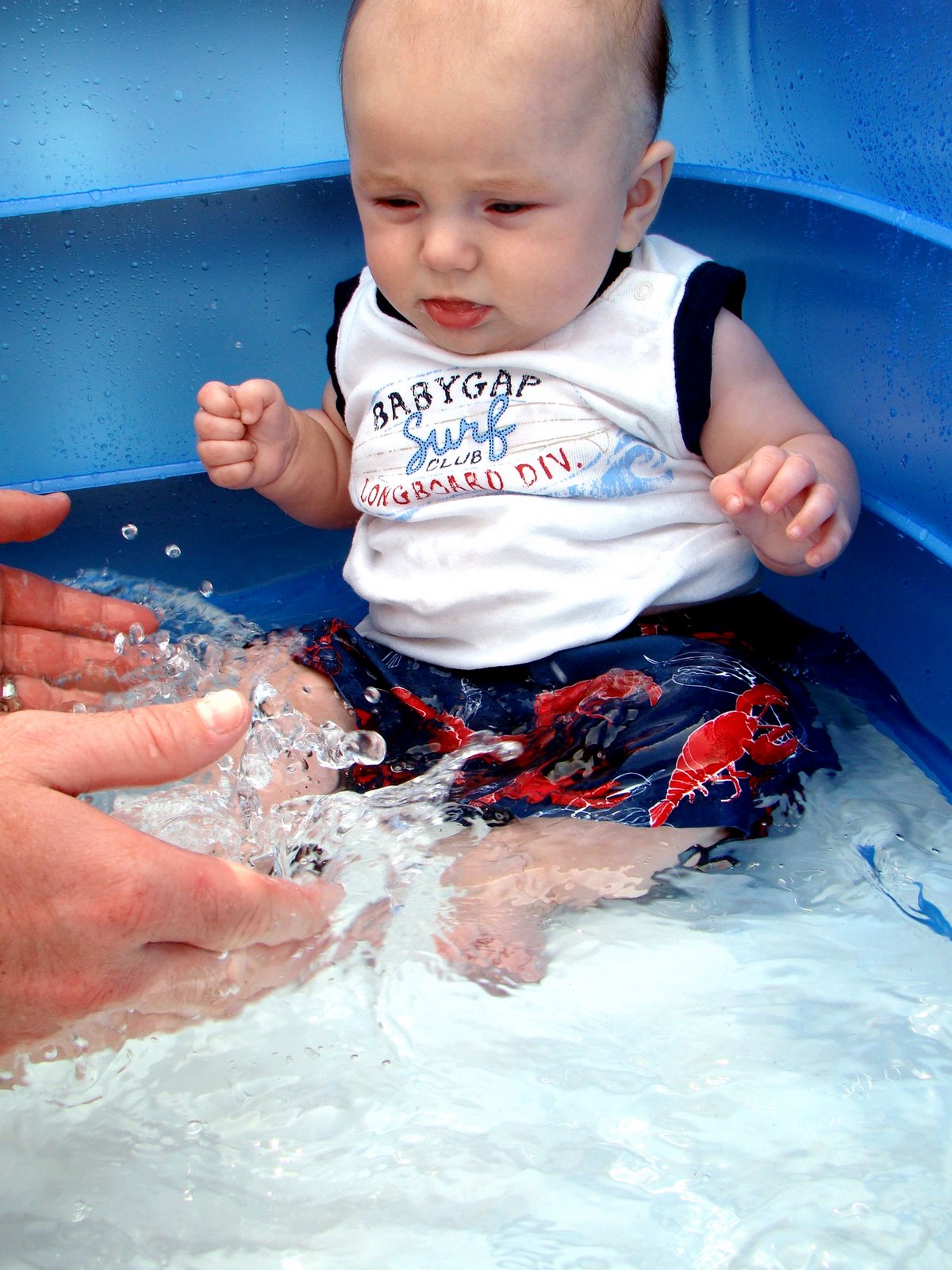 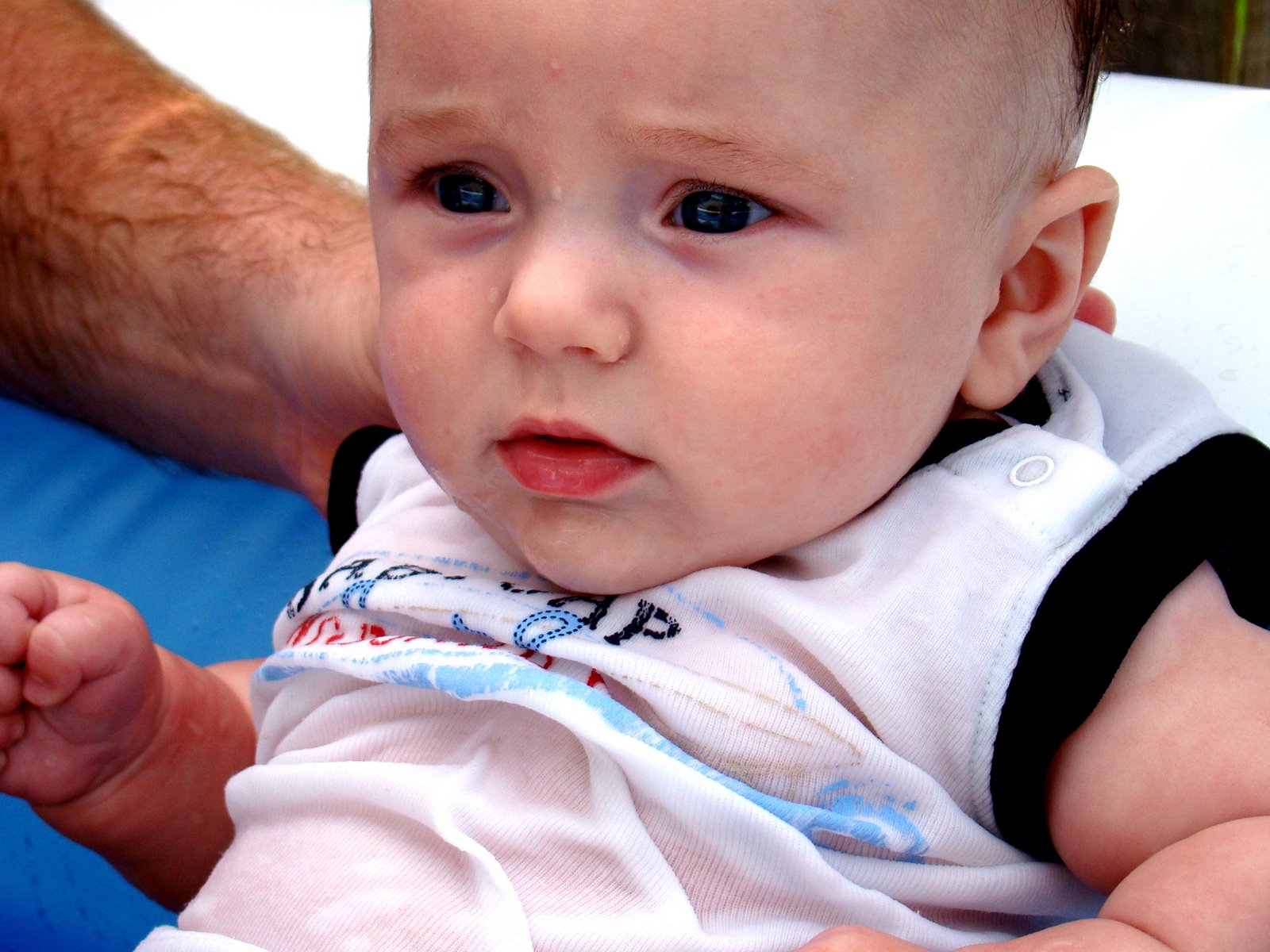 Mommy had to get in too! I can’t WAIT until the day we have a REAL pool in our backyard (it’ll be the next house…even if we can’t afford to have cabinet doors, we WILL have a pool haha)! 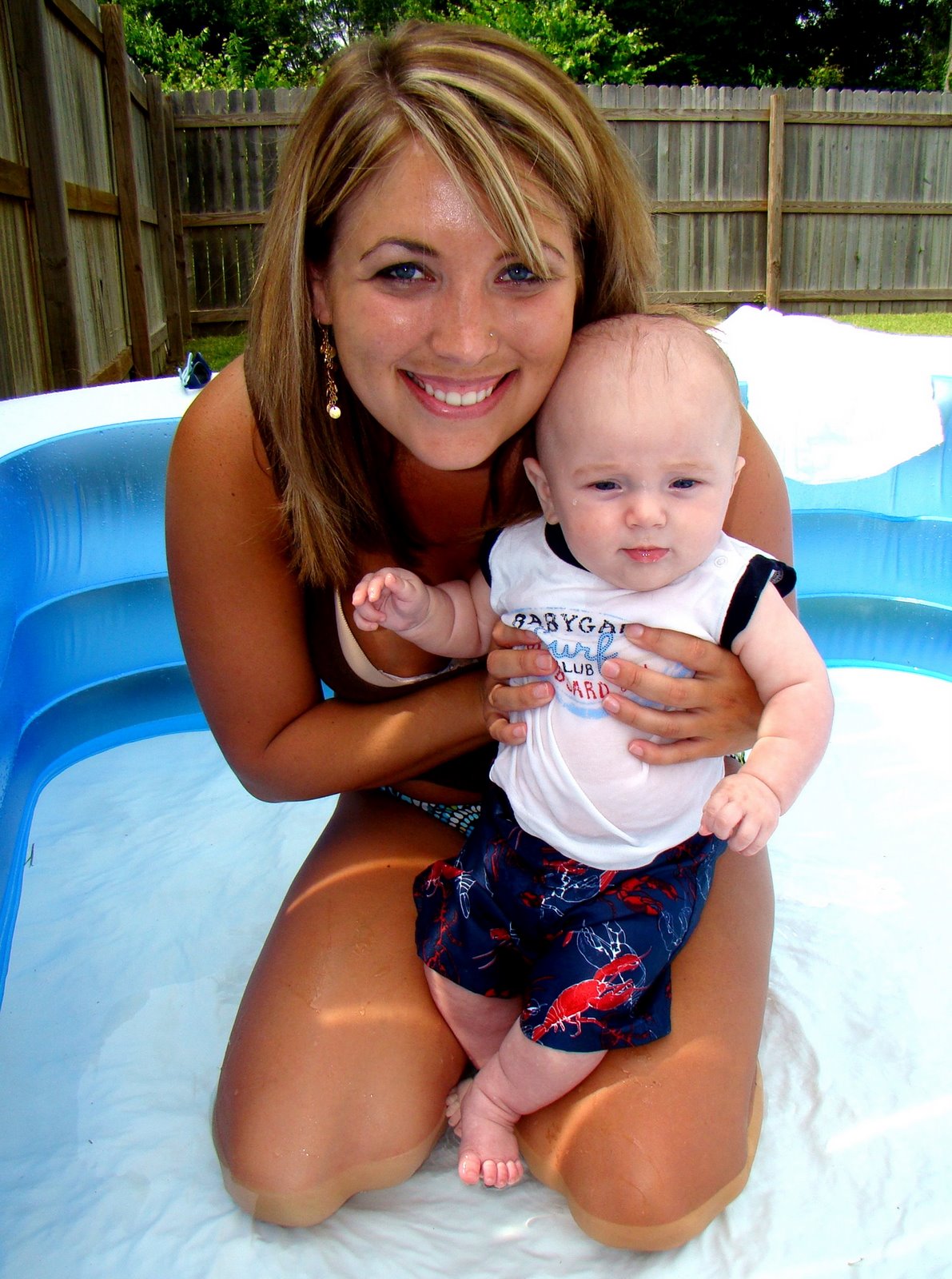