When we decided to start trying to get pregnant, we talked about how Leo would have a close birthday to Zach’s…when Tess was born she was born exactly 1 week before Zach’s 30th birthday! I felt bad that they had birthdays so close together since this is such a big milestone year for Zach. Hello…30 ain’t no joke! But, in the long run, if any of our kids do have to have a birthday near another family member: Zach’s birthday is the best one to be near. My birthday is already right there with Halloween and also not too far from Christmas. And a birthday near the other siblings would be expensive and tricky to plan with birthday parties!

I tried my best to make Zach’s day as special as I could with a one week old baby. Since Mrs. Charlotte had stayed with us a couple days that week and Zach had worked…I told him to just skip work for his birthday. He took the big kids out for breakfast as Chick-Fil-A (his choice for his special day!) and I surprised him with a little special “Daddy” outfit on Tess 😉 I had bought this football beanie in case Leo was a boy…stuck a bow on it and made it work 😉 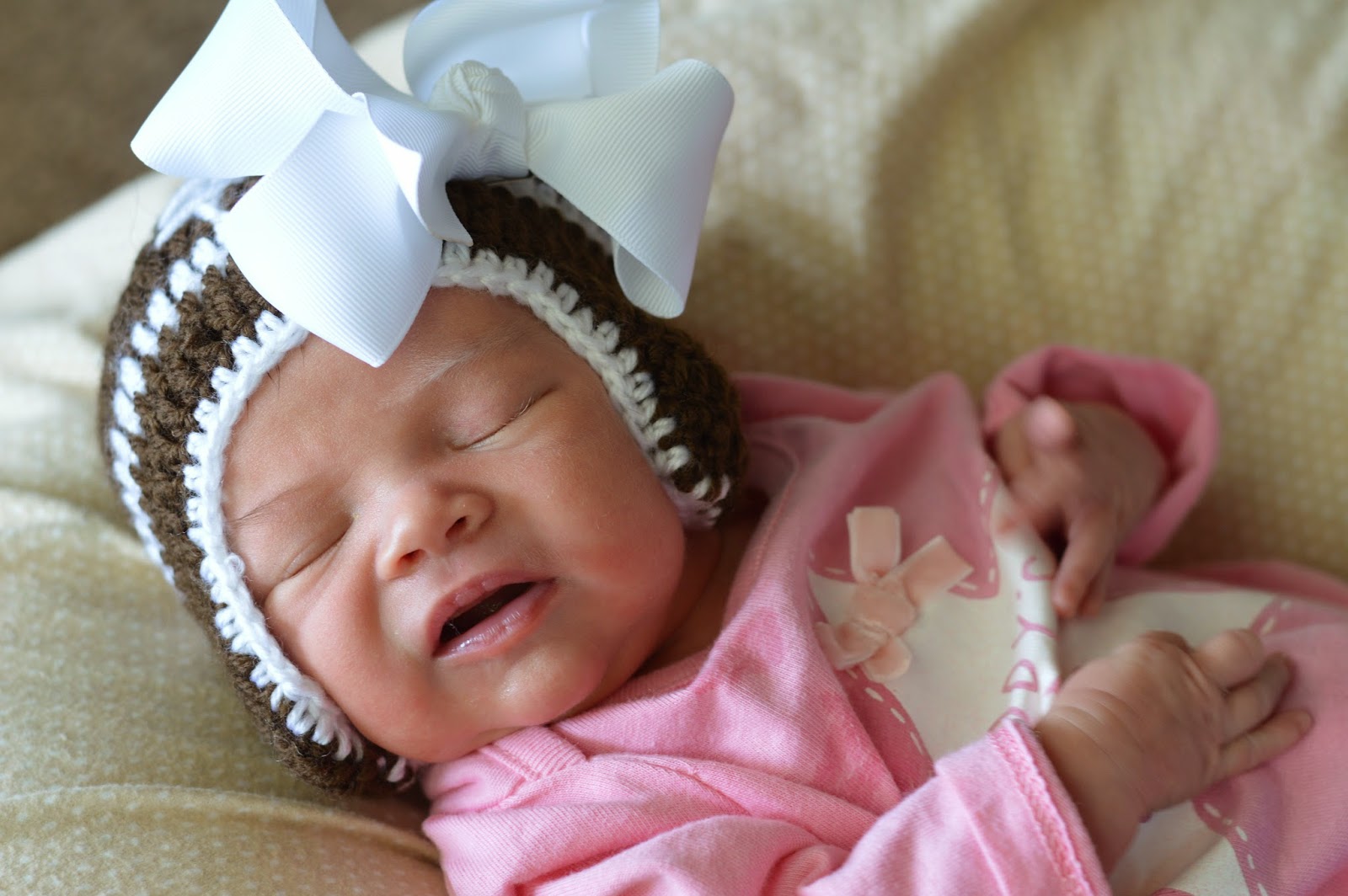 When Mrs. Charlotte went and bought Tess some clothes when she was born, I asked her to please pick up something with a “Daddy” saying on it so she could wear it on his birthday for him 🙂 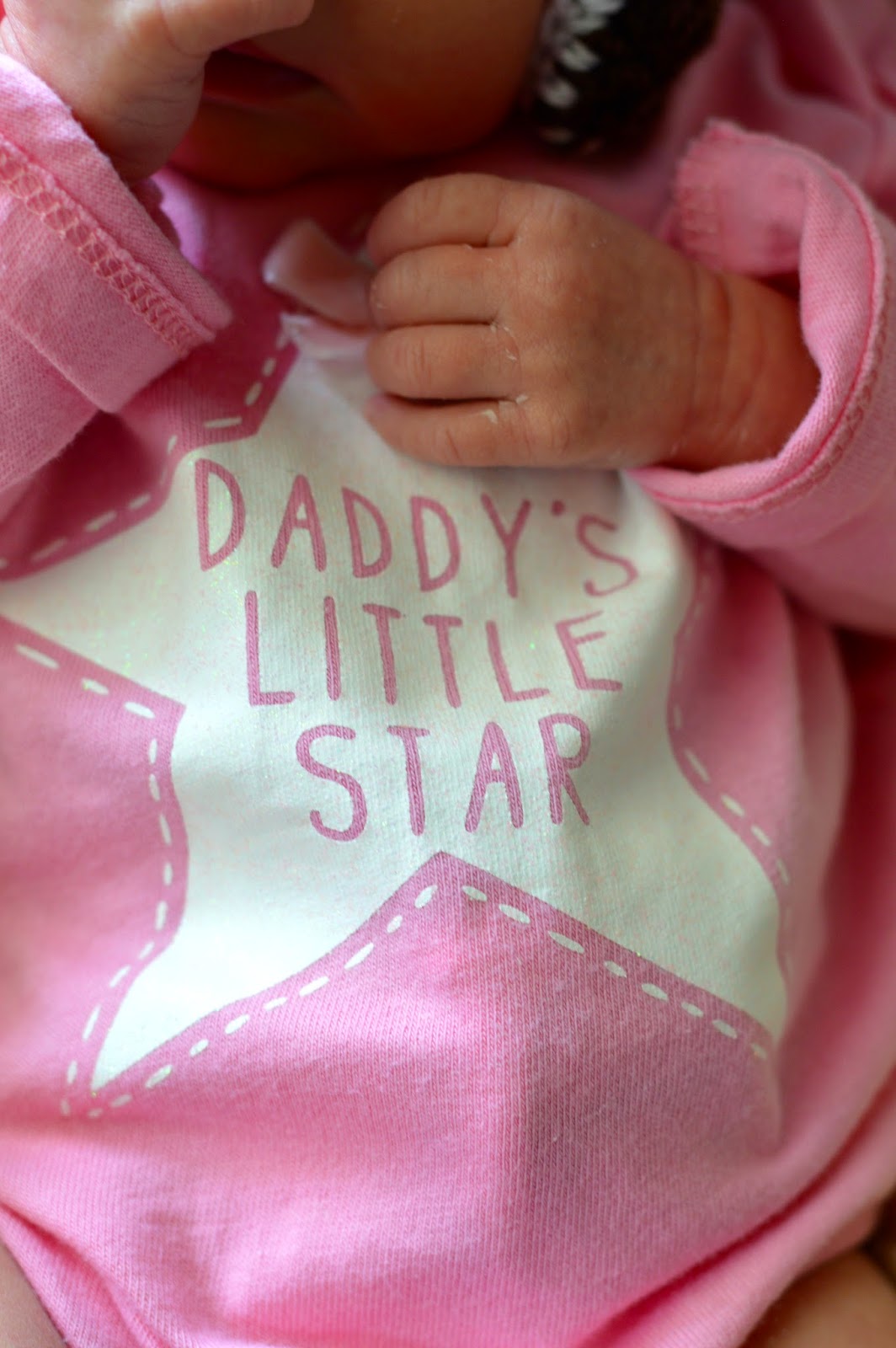 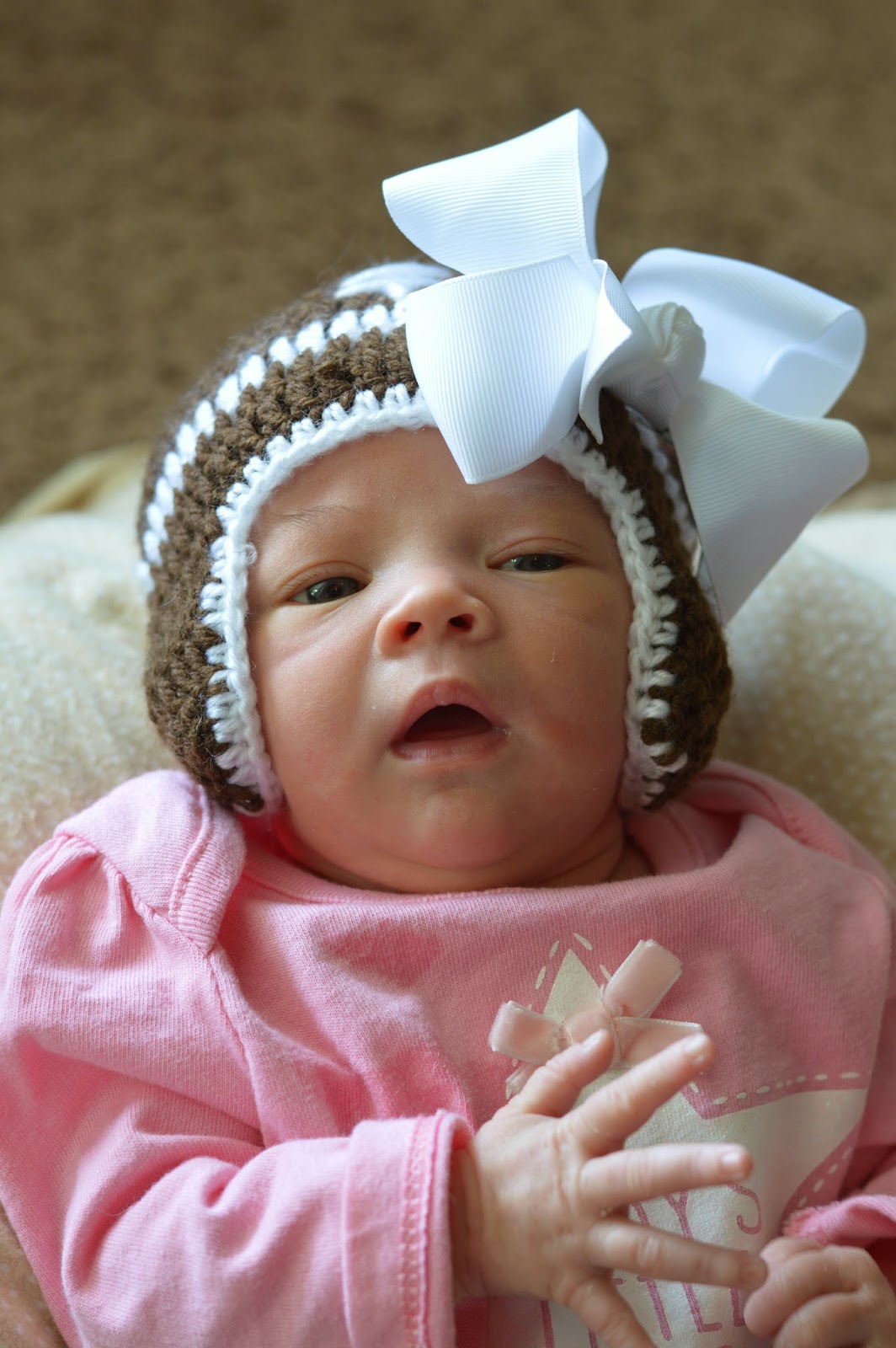 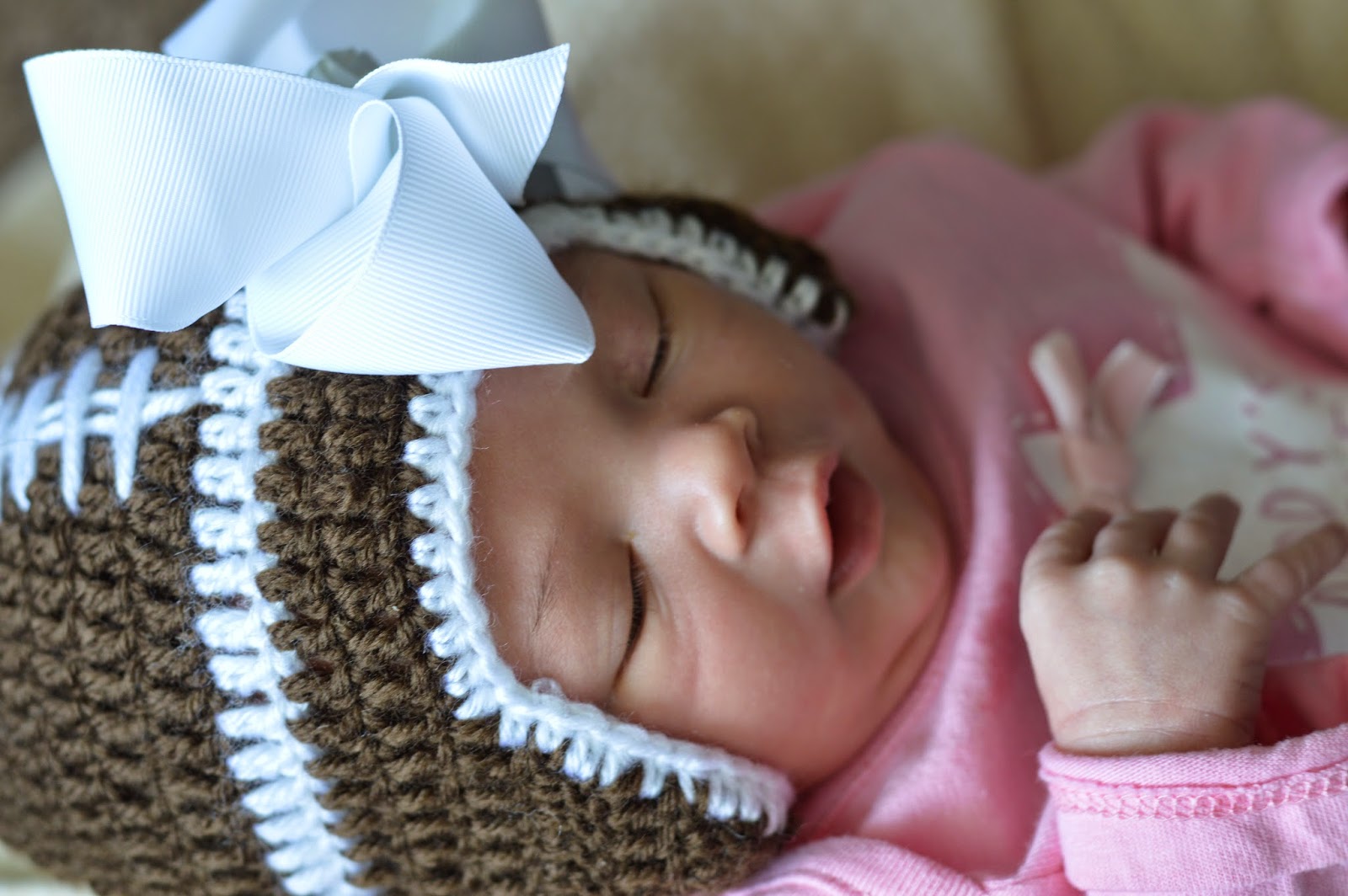 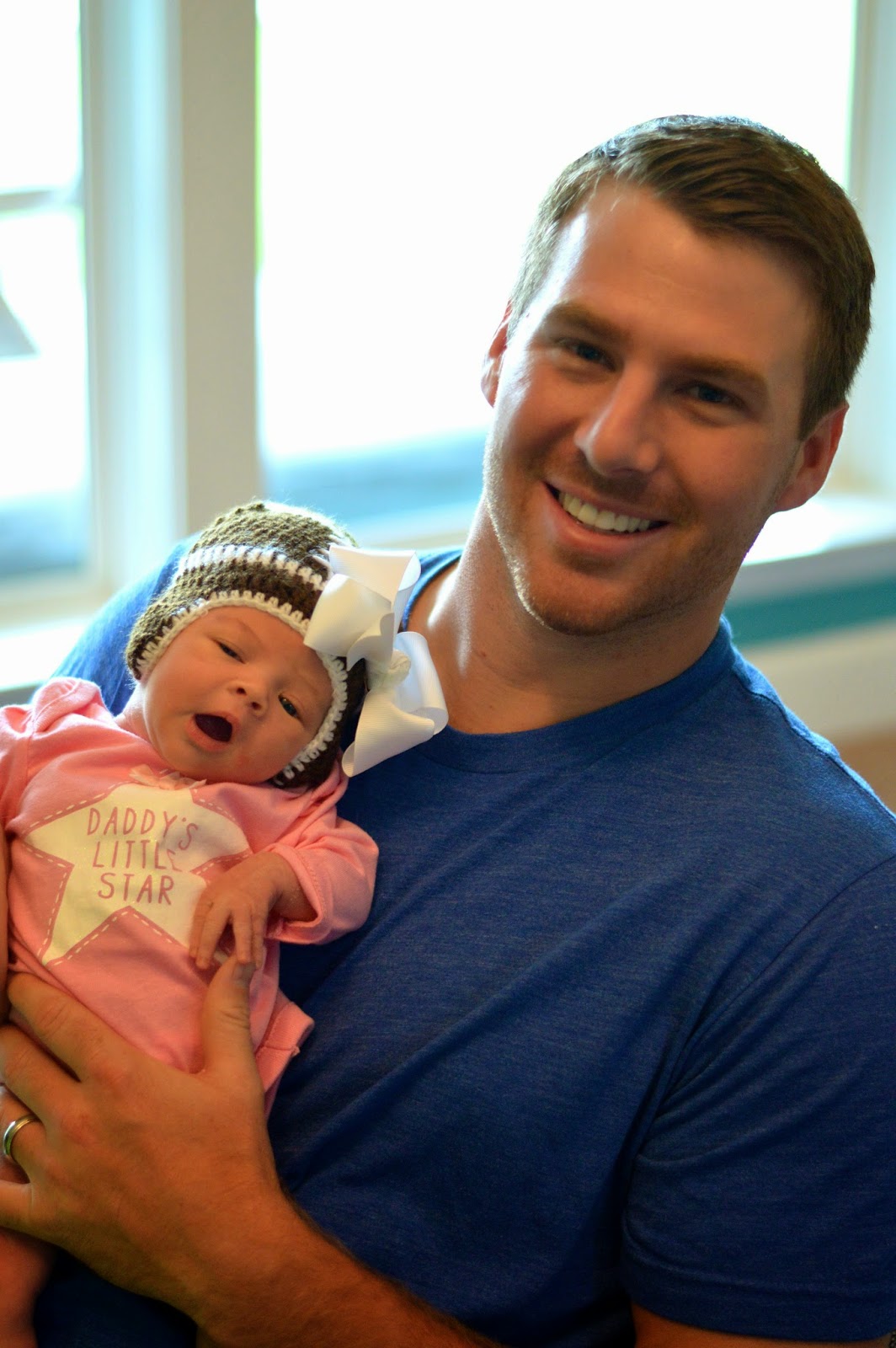 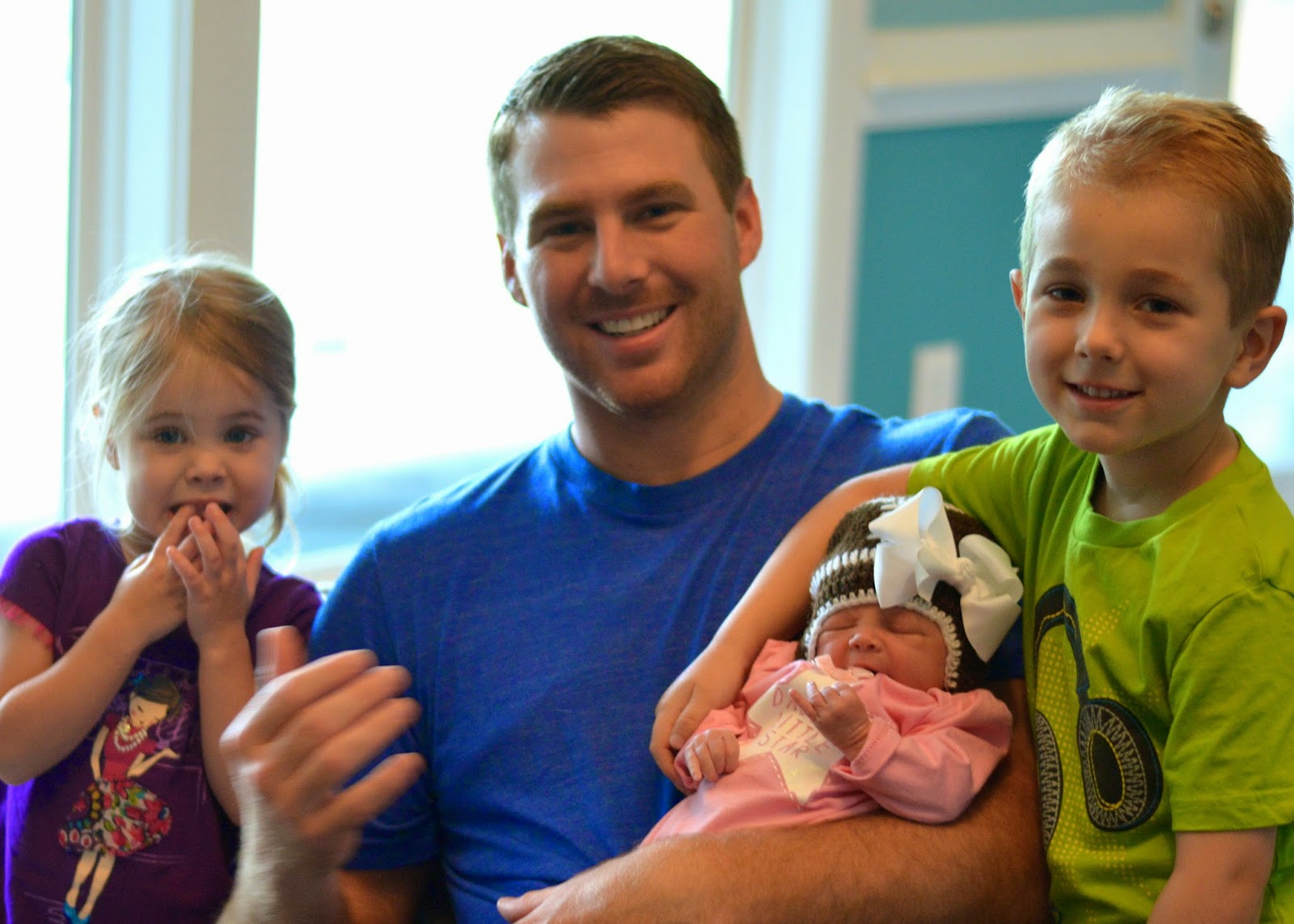 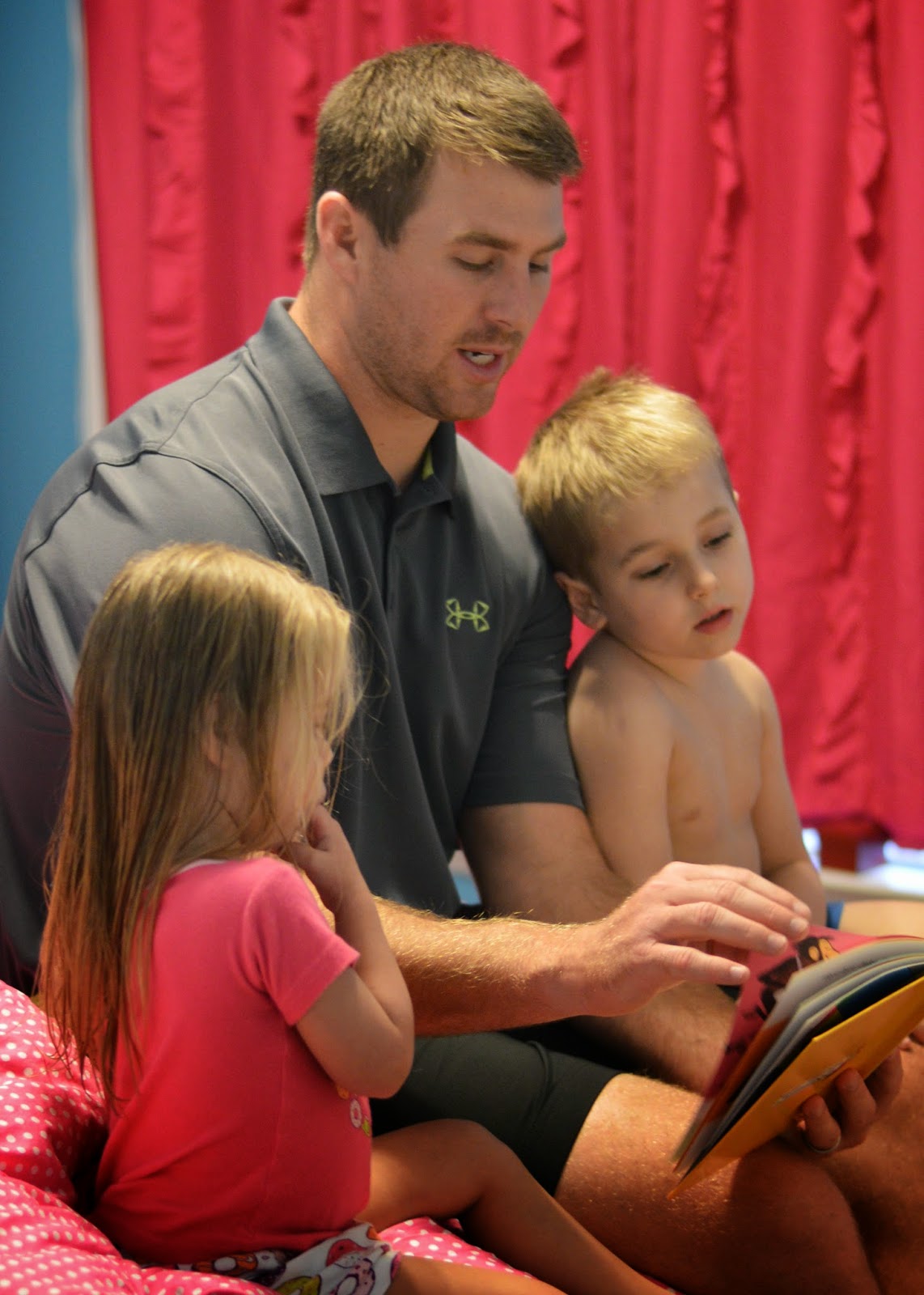 I then told Zach Kye could skip nap and they could go golfing together. Some people say food is the way to a man’s heart. But for my husband? It’s golf! 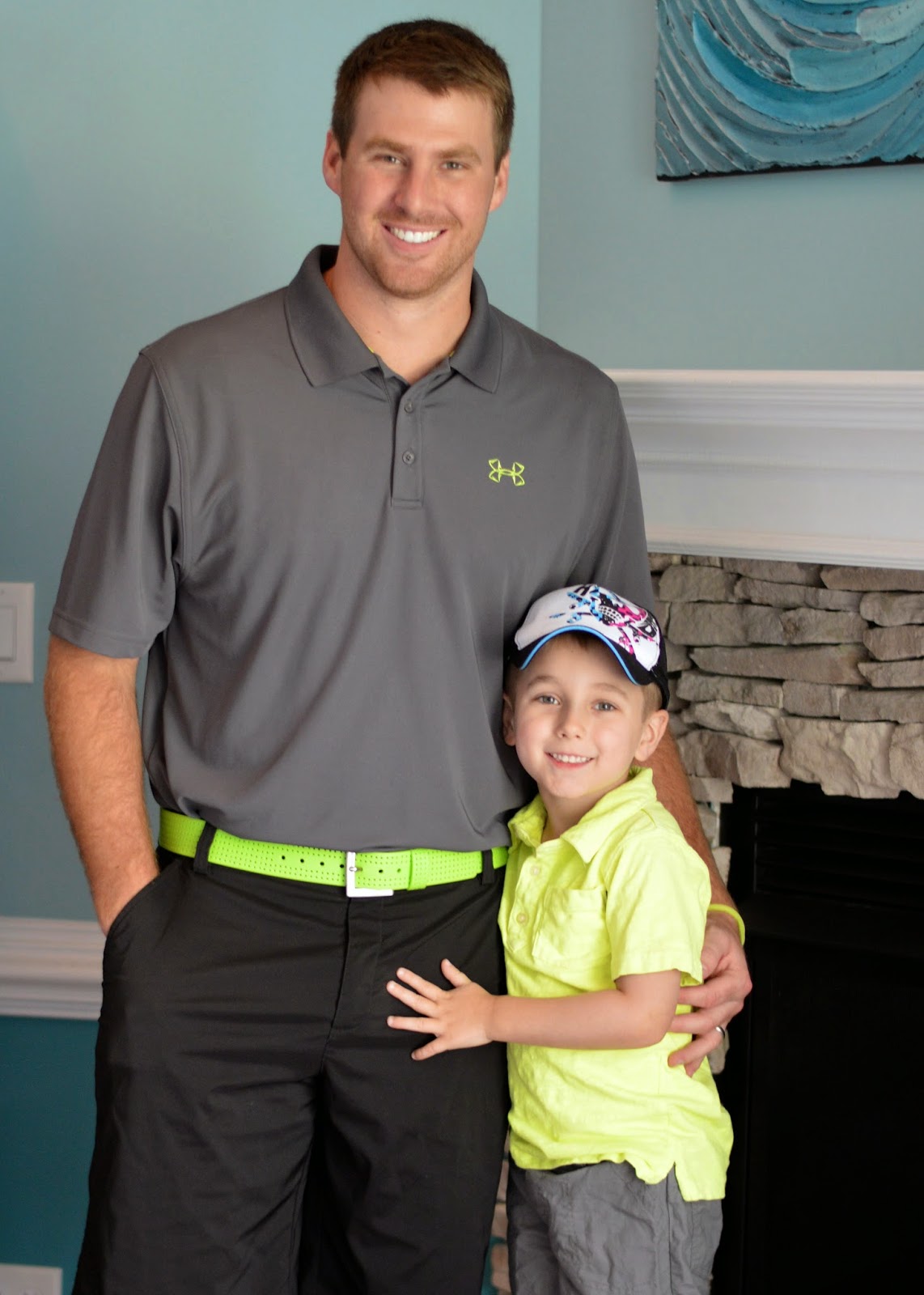 Kye was so proud that he made this putt! 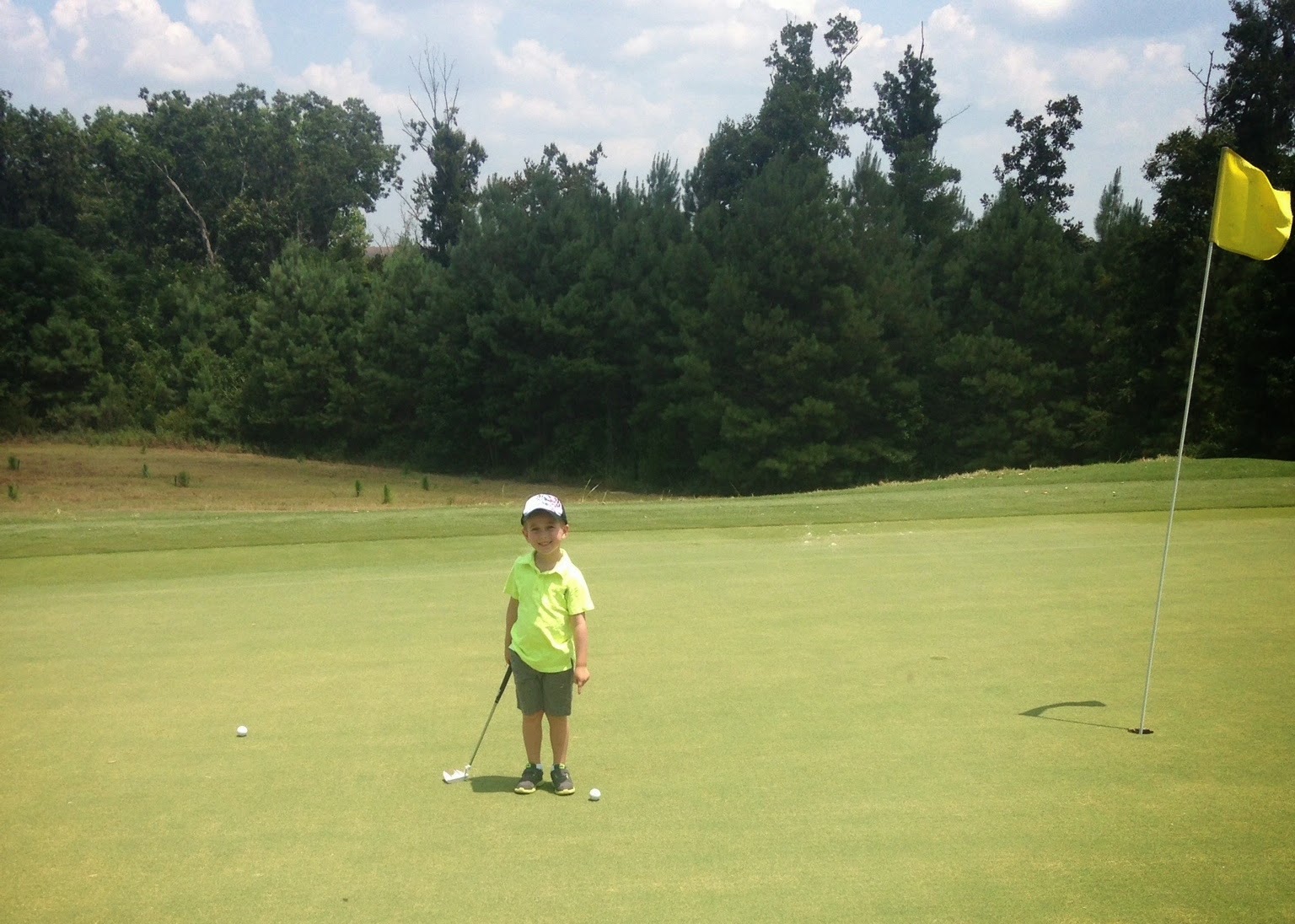 Once the guys got home and Britt was up from naps we opened presents. I told Zach I had numbered them all because I had wrapped them several weeks prior (which was true) and I didn’t want to forget what was in each present (which was a little lie haha). I did SO GOOD with his birthday gifts this year. I started planning a HUGE surprise way back in FEB! Several people were involved including both Jordan and Mr. Rusty so I’m SHOCKED that no one slipped up. Zach truly had no idea. I wanted to do something BIG for his 30th and with a new baby I knew I couldn’t plan a party or anything of that nature so I went all out in a different way 🙂 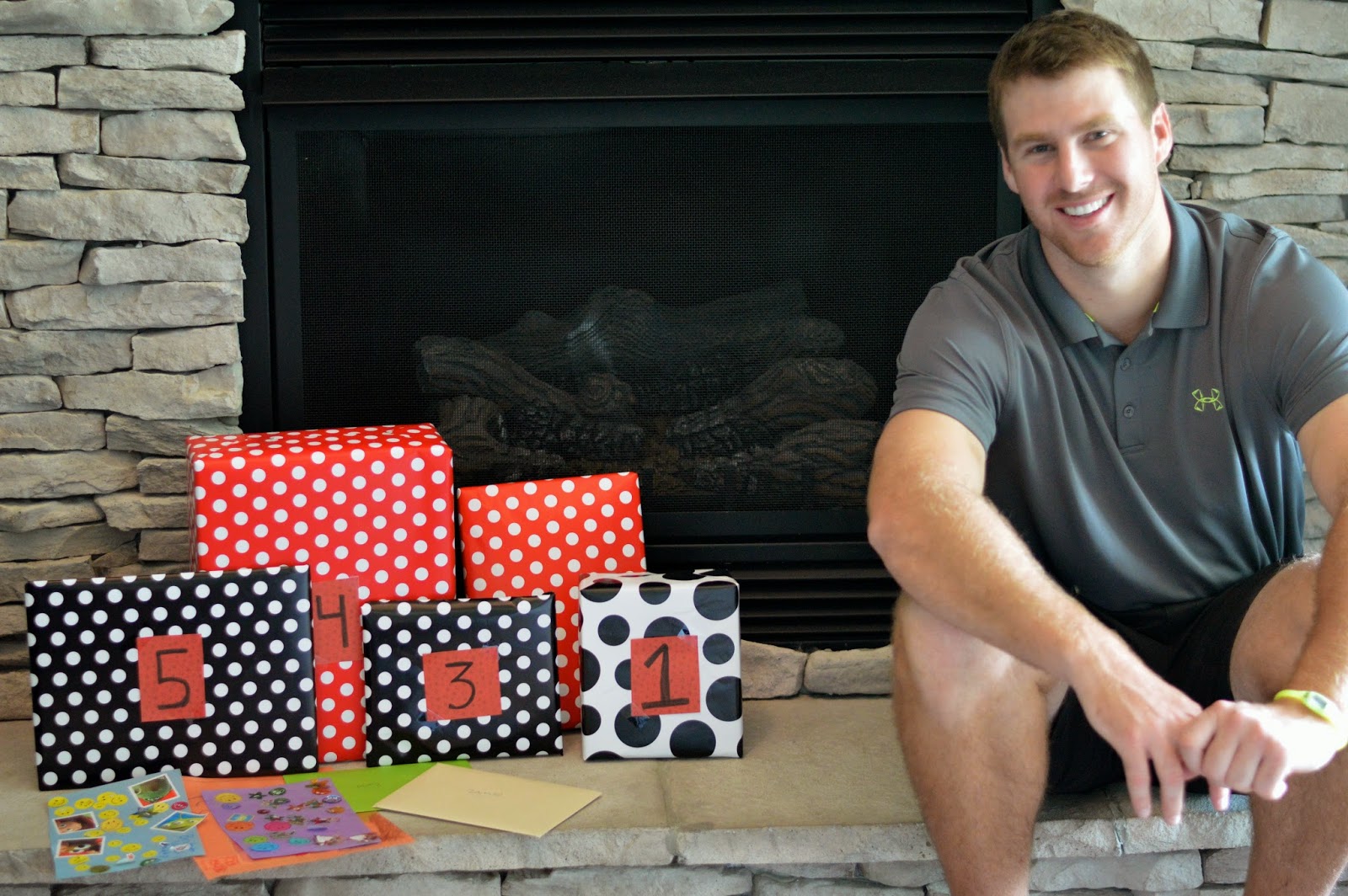 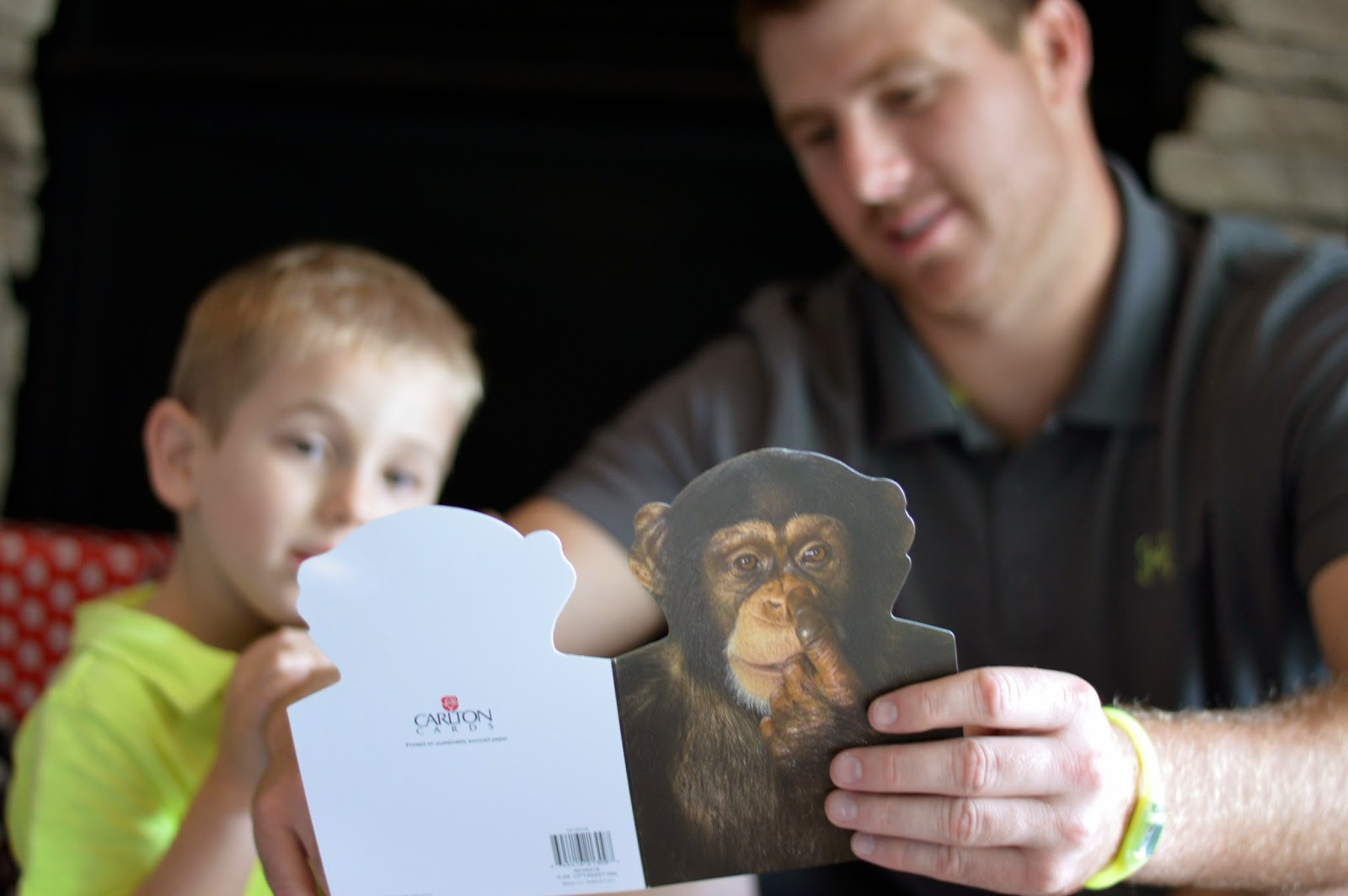 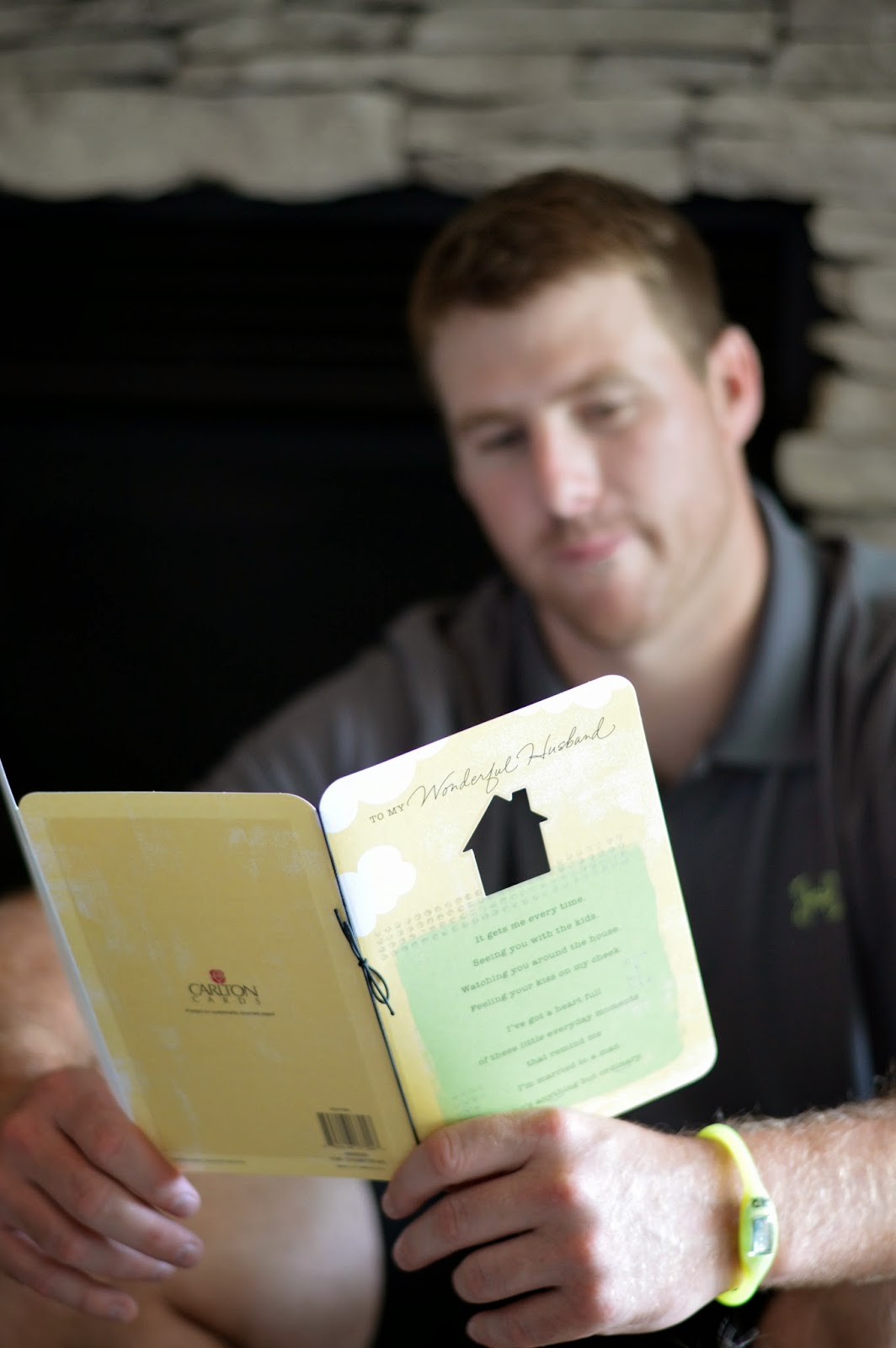 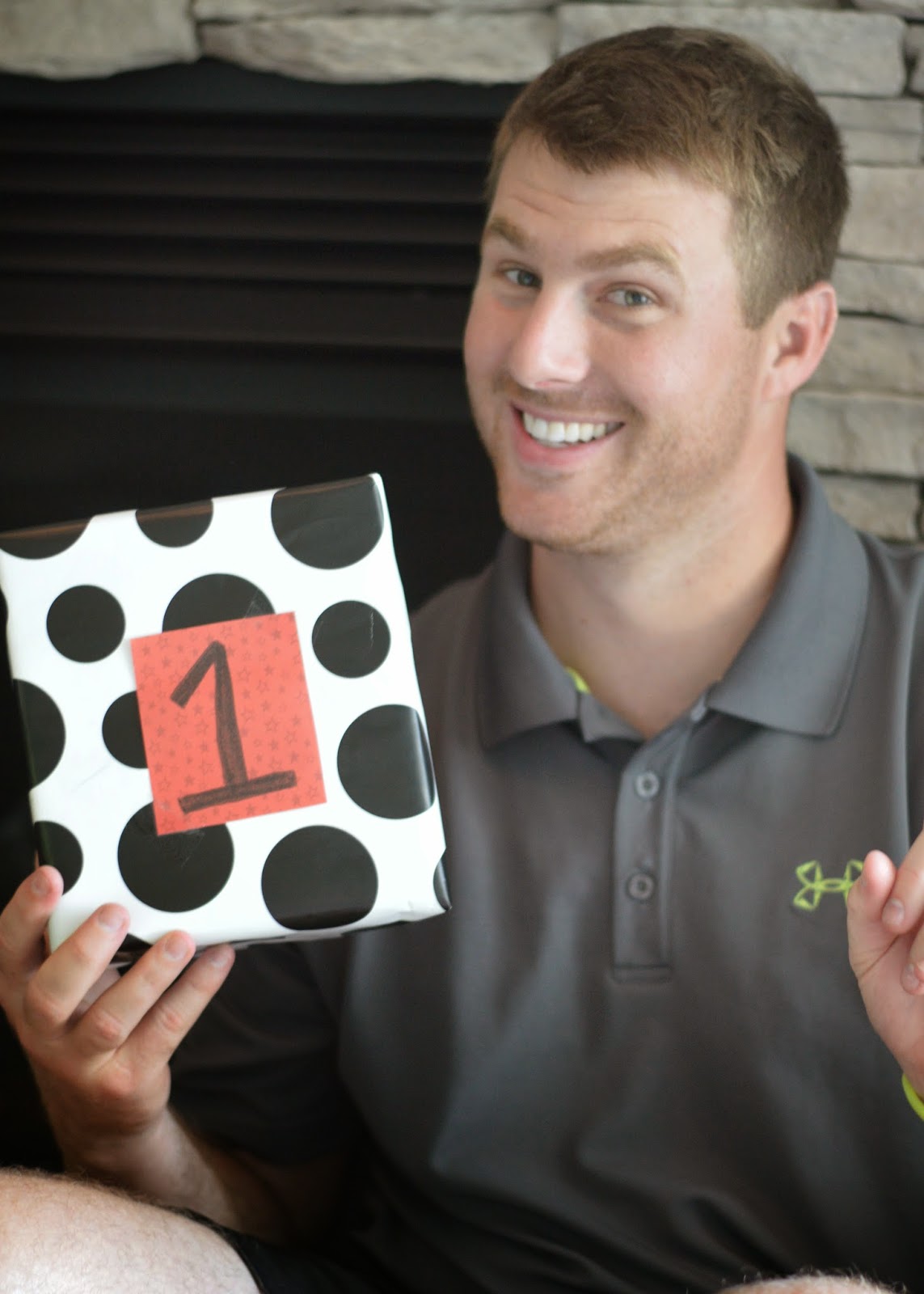 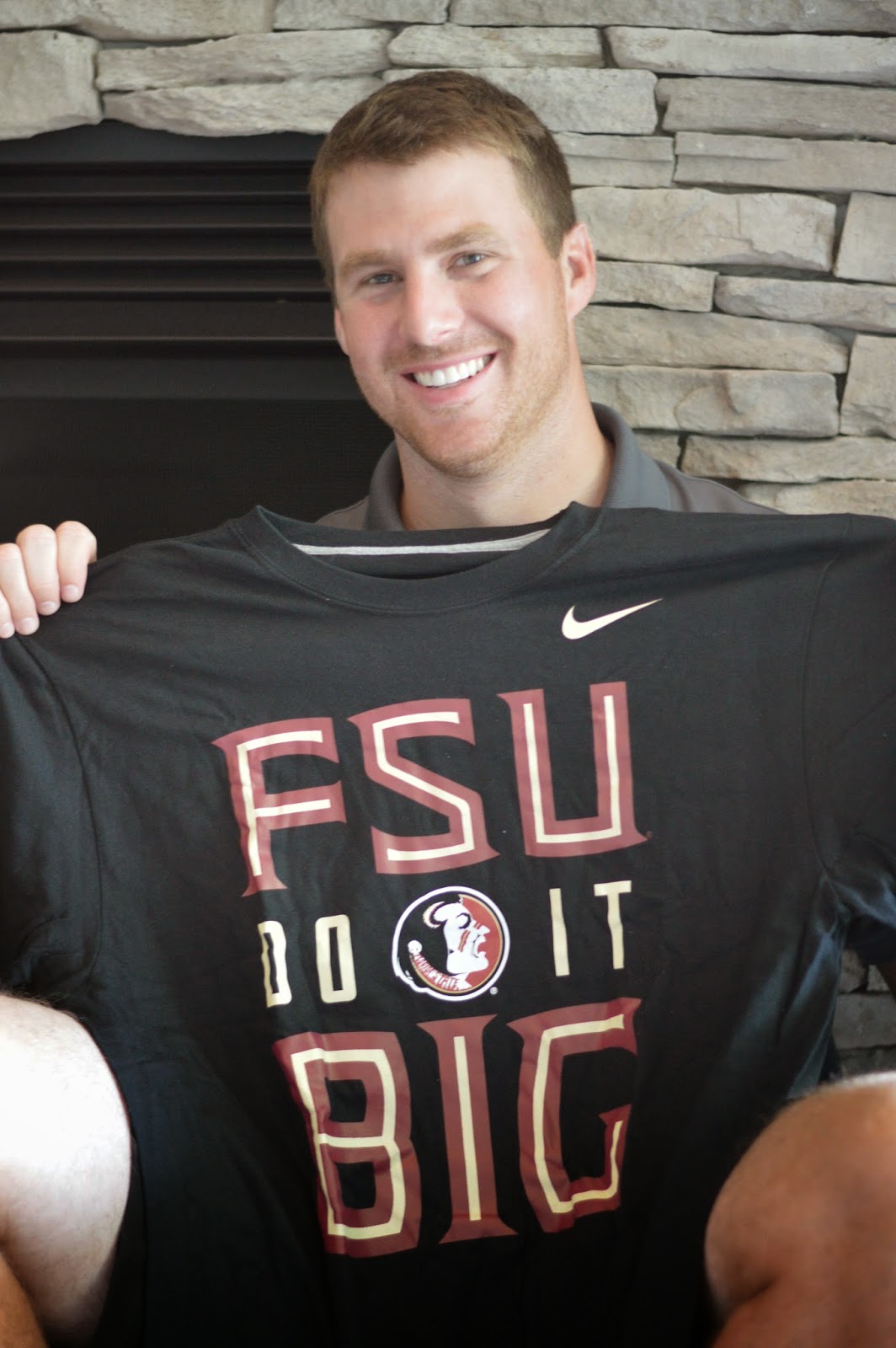 The third gift was a flag of Brazil haha. It was HILARIOUS when he opened it. He said “is this what I hope it is?!?!” I was like OMG what the HECK do you hope this is?!?! He thought it was a flag from a golf course in Ireland. Hahaha. He also doesn’t know his flags of the world very well because he had zero clue what it was. We were both cracking up about it and he kept asking why I bought it for him 😉 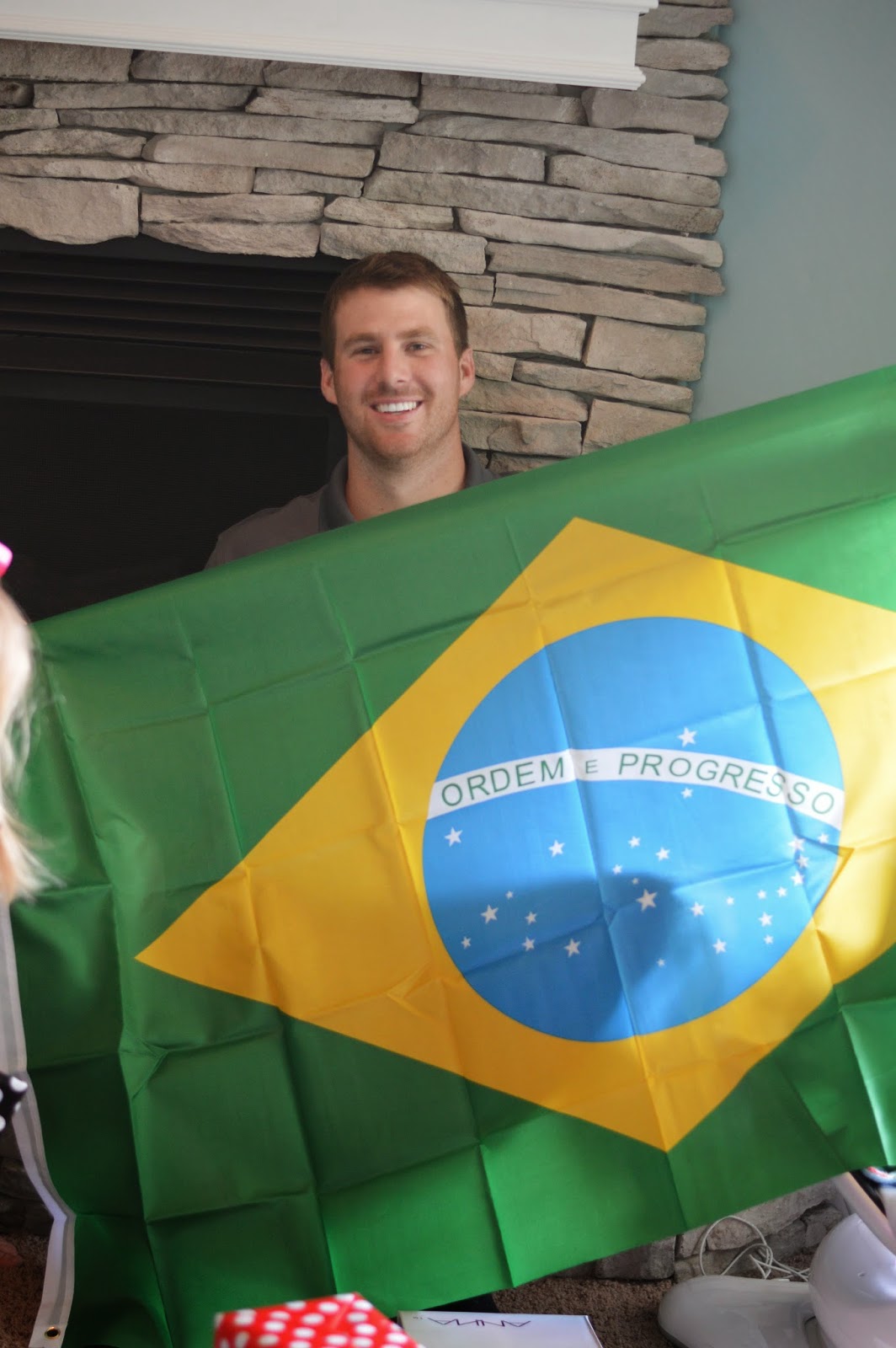 The 4th gift was a new golf outfit. Zach likes to look fly on the golf course 😉 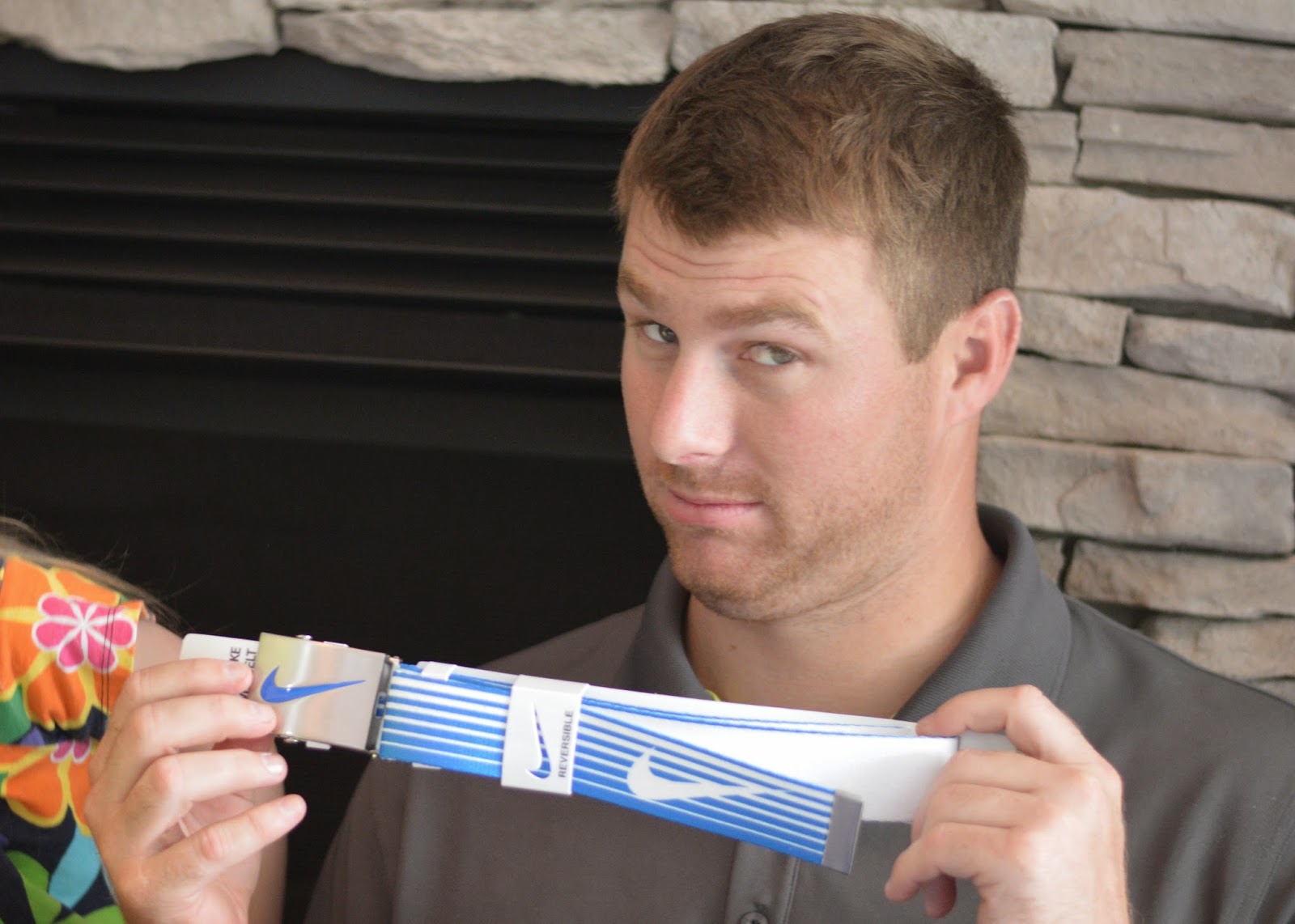 When Zach opened the 5th gift I recorded it (you can see the video here) and asked him what all the other gifts had in common. Obviously that threw him for a loop and he had ZERO idea! And if you do watch the video…that flag was a hot item and caused fighting between the kids haha We just ignored them and focused on Zach’s present. He was very genuine in his surprise and as soon as I quit recording he legit cried. I think I did good 😉

For Zach’s 30th Birthday I booked a TRIP! I planned it for Labor Day (which is why I was SO anxious about when Leo would be born…the longer the baby took to come, the younger the baby would be on the trip! Yikes!) and put a lot of thought into making it the best gift ever for Zach. I booked us two condo units at a resort in Orlando. I invited Casey, Jordan and Carter to come down at the start of the trip. We’d all arrive the Friday night of Labor Day. On Saturday Zach and Jordan would spend the day watching college football and would go eat at an awesome sports bar for dinner and to watch FSU (hence gift #1: FSU shirt). Then on Sunday he and Jordan would go to a water park for the day (gift 2: bathing suit). Sunday afternoon Zach’s parents would come down and Sunday night Zach and I would have a date night to Fogo De Chao (Gift #3: Flag of Brazil to represent the Brazilian restaurant!). Zach mentioned in passing that he’d always wanted to eat there so I made it happen! Then on Monday he and his dad would go golfing all day long and would also golf again on Tuesday morning (Gift #4: golf outfit!). We had the condos through Friday but I assumed we’d just spend Wednesday as a family then come home Thursday. 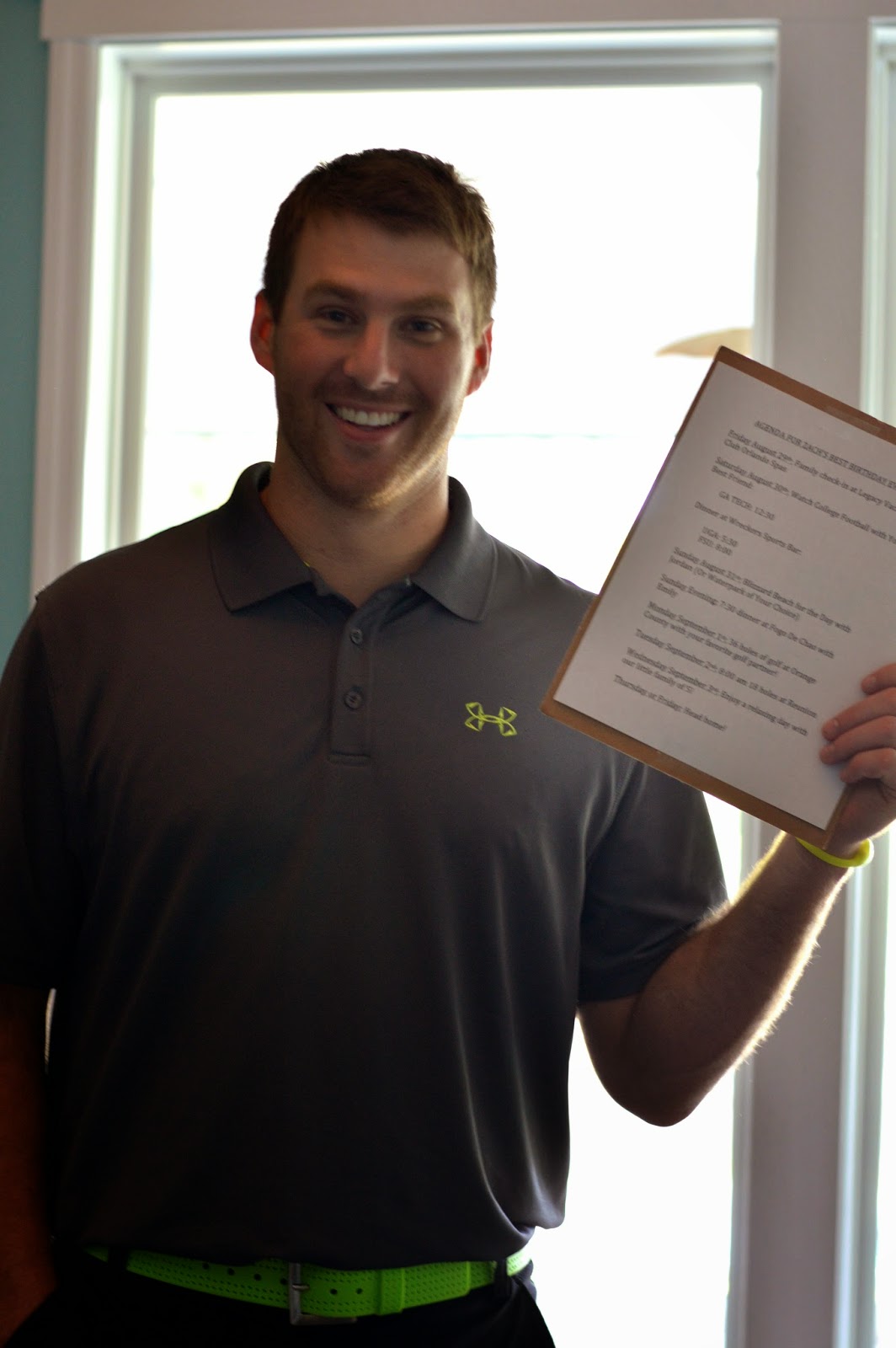 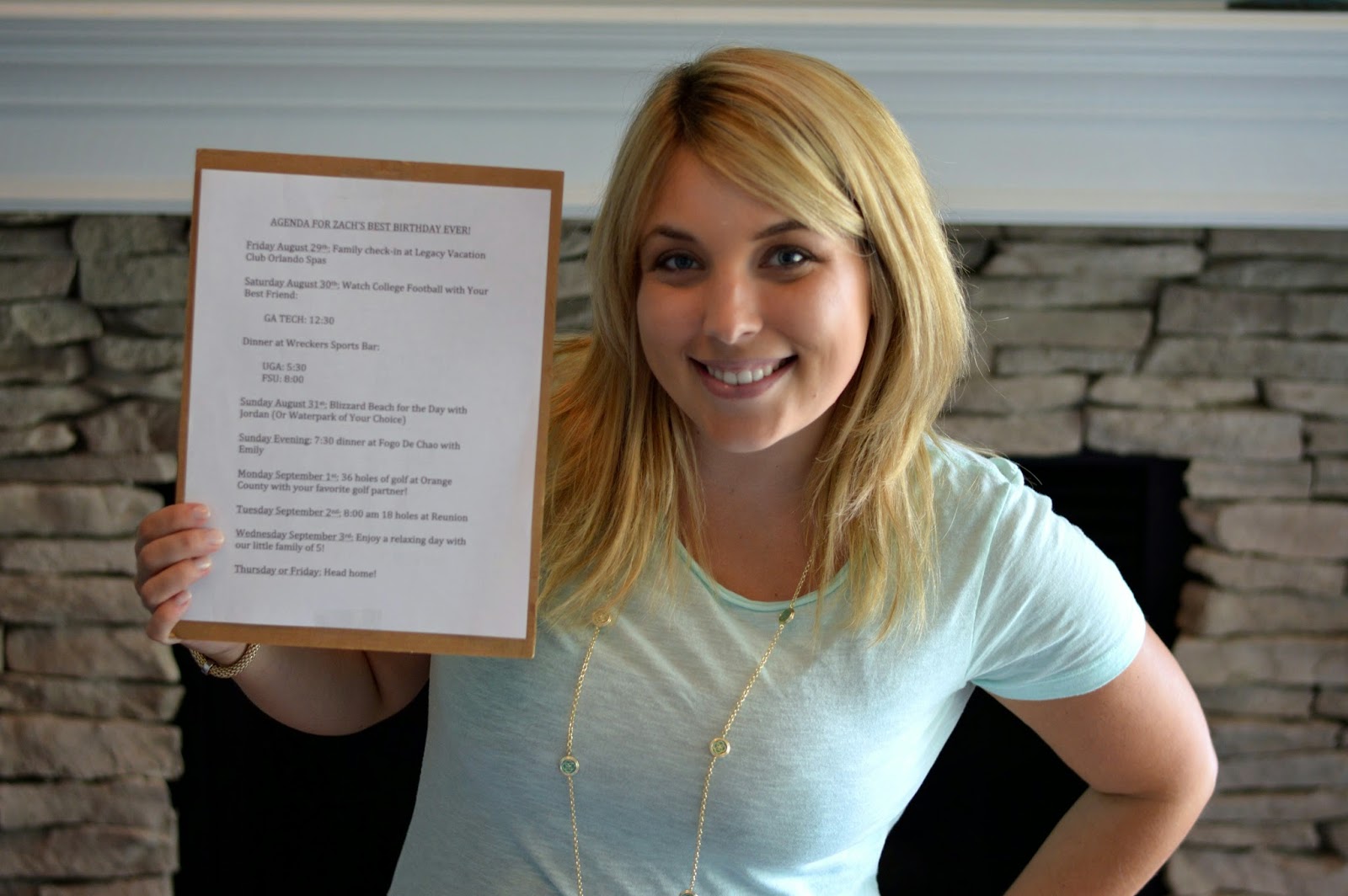 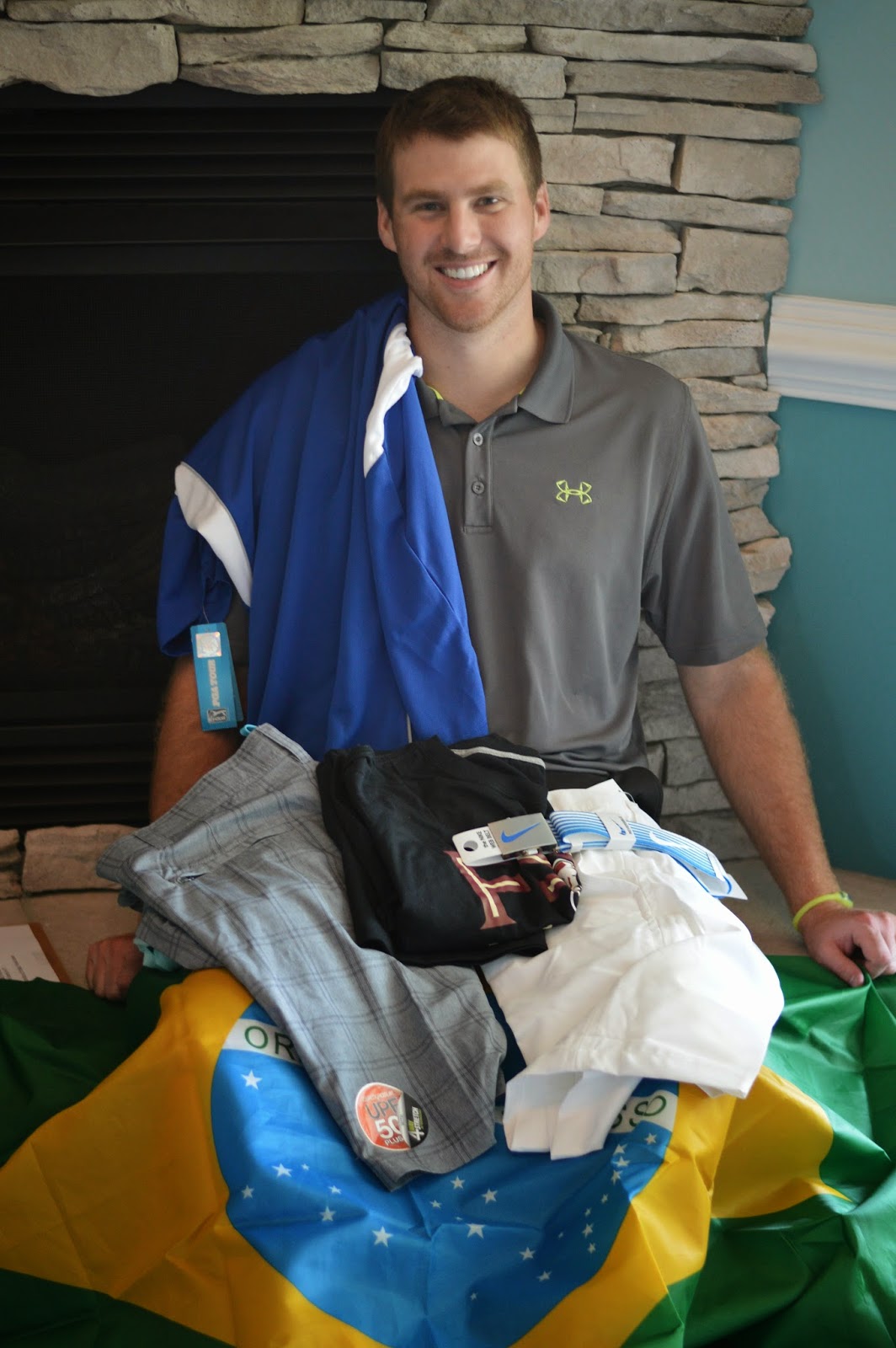 Seeing as I had a new baby and couldn’t really leave the house, Kye and I picked out a birthday cake design for Zach online and ordered it then Zach picked up his own birthday cake haha. He also picked up his own birthday dinner. I knew mentally that his birthday money was spent. I tried to not make it obvious to him that we didn’t have money to spend in celebrating his special day…thankfully his favorite meal is from Longhorn and we have a mega huge gift card for there from Aflac 😉 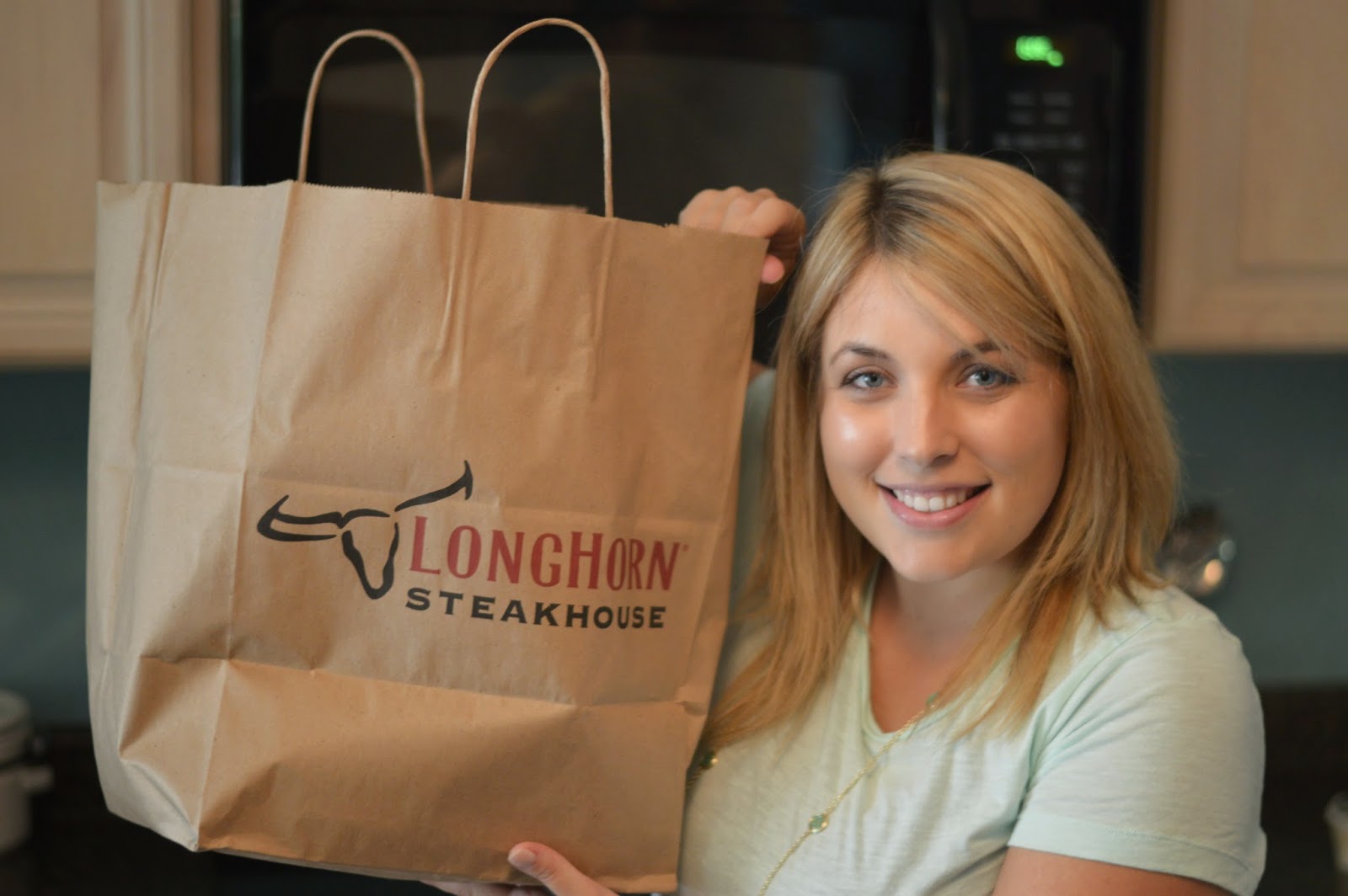 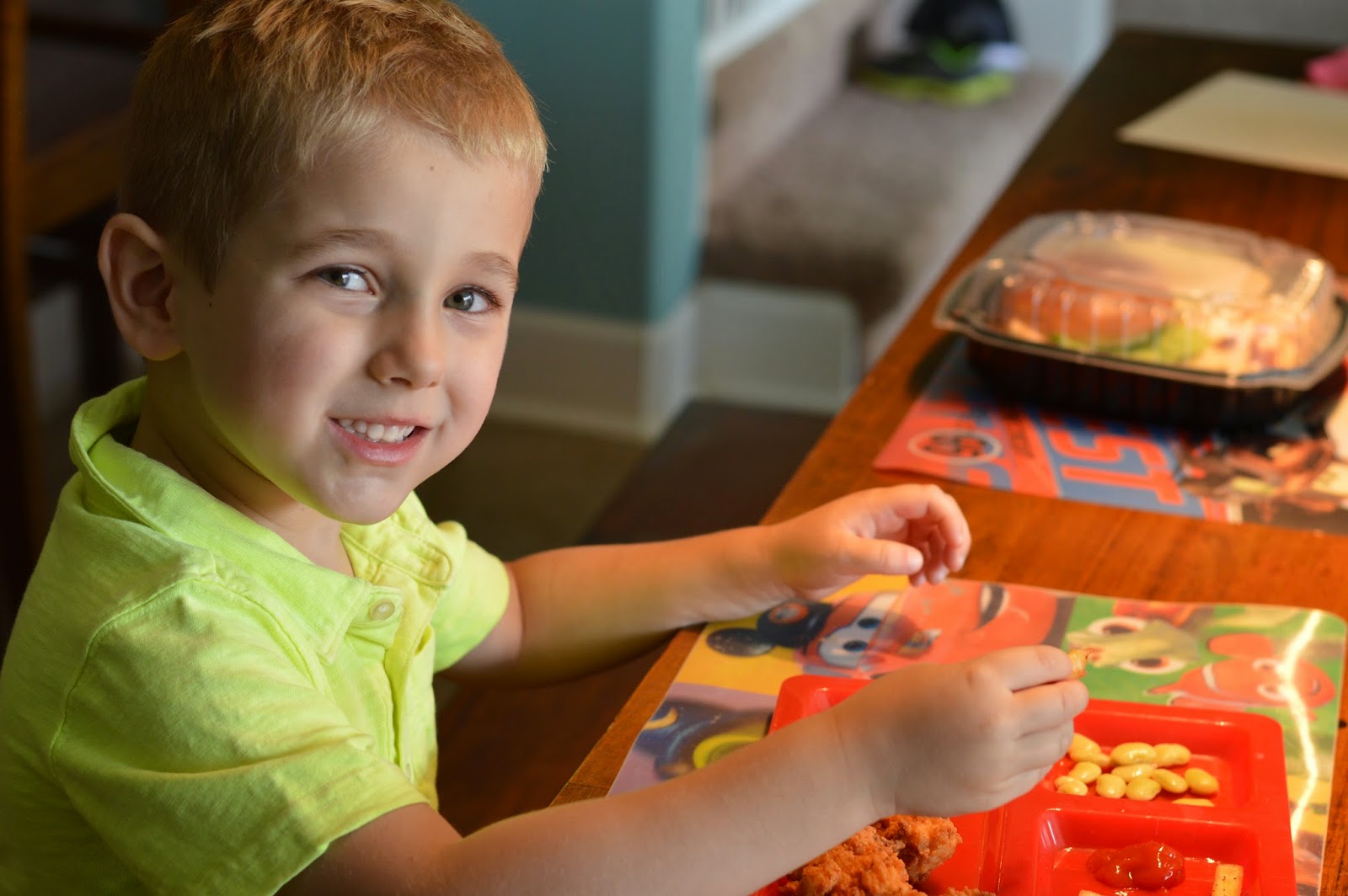 Of course we went with a golf theme 🙂 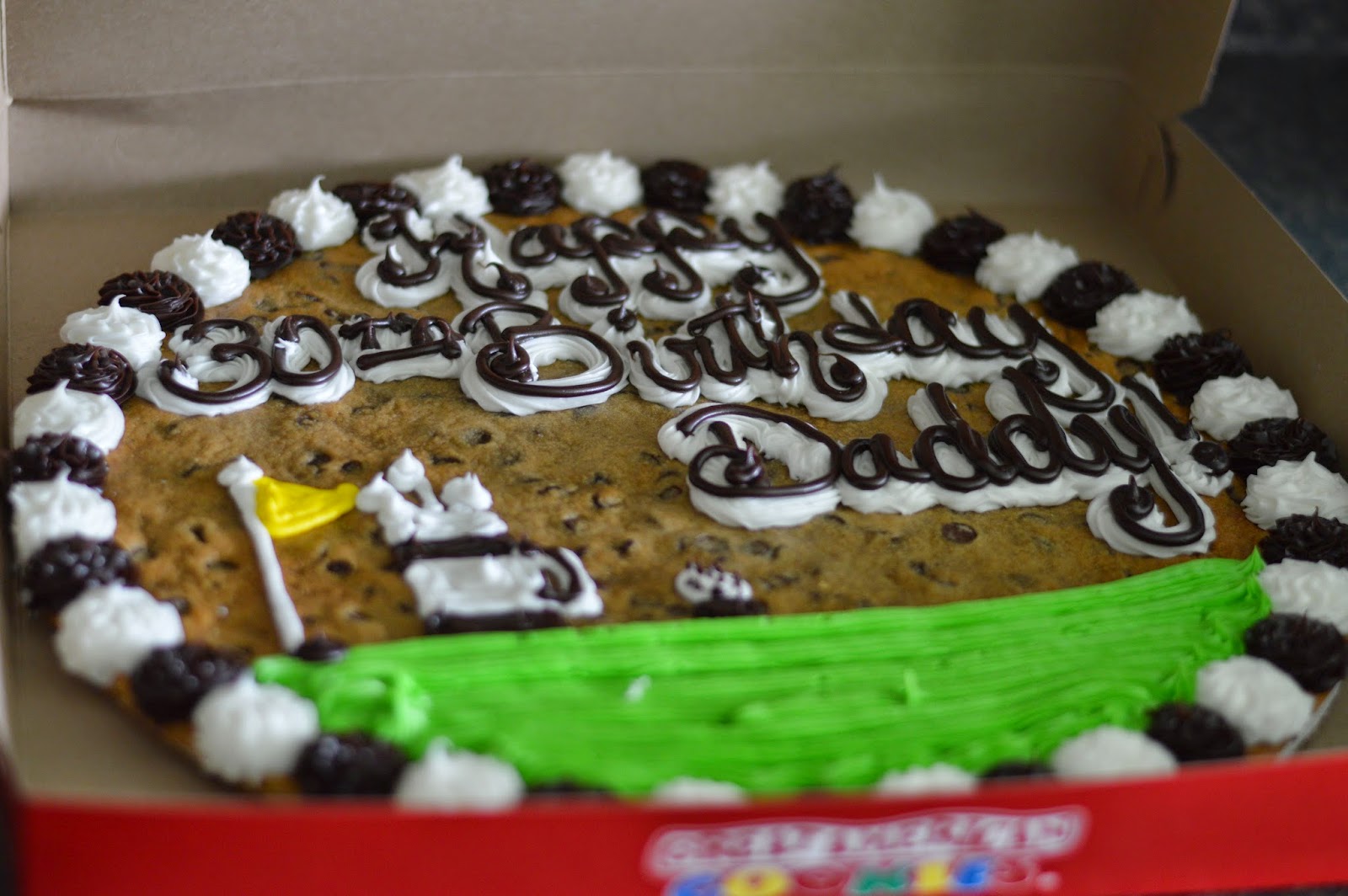 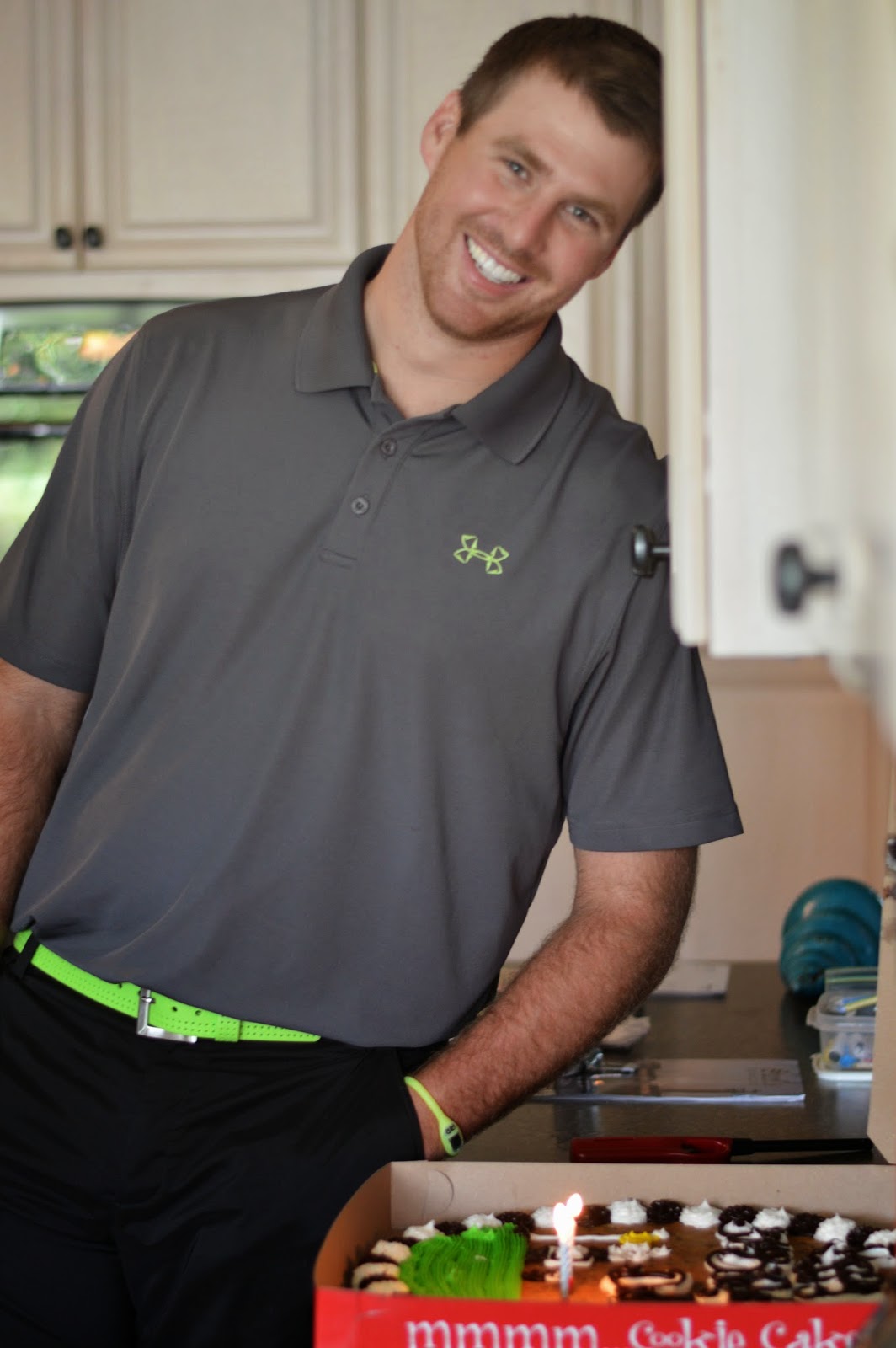 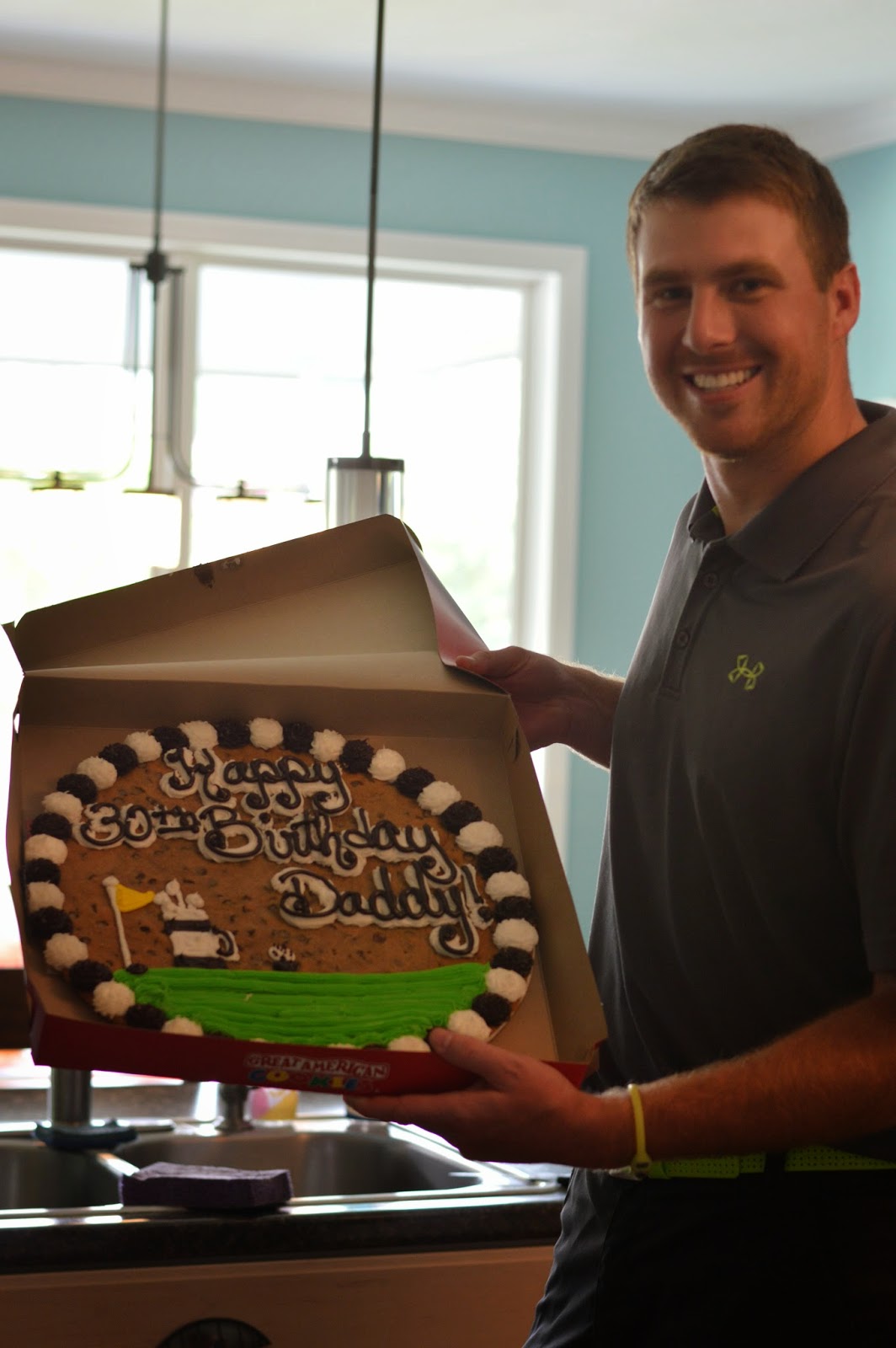 It was a simple day, nothing too fancy. I did my best to make Zach feel special and adored on his big day! I’m so thankful that he was truly surprised about his present and that he was so, so excited about it! Being a father of three has meant a lot more work for him…he’s really stepped up BIG TIME in helping around the house, with the kids, working hard to provide, and even being more thoughtful and loving towards me 🙂 I think 30 is a good look for him and that the best years are still to come!