When it rains it pours and boy does it ever! After learning about Uncle Spear I was super upset and had a hard time functioning the next day and getting ready for our big trip. I had a bad feeling that all the bad stuff wasn’t over, and it wasn’t!

Of course I spent my time in Atlanta bawling because I left the cooler in the fridge back home for my breastmilk. That wasn’t a good way to start the trip and I think that combined with all the crying and no sleeping because of the Uncle Spear stuff lead me to be OUT OF IT! We didn’t get any sleep on the plane ride over and didn’t catch up on sleep once we got there. Plus we didn’t go to bed until late each night and I had to wake up to pump and we got up early to eat breakfast. So I was actually getting less sleep in Paris than I do at home with a little baby!

I think all the crying and the lack of sleep AND being away from Kye just had me headed down a not-so-great path. I think when you have a young baby you don’t stop so your body doesn’t have a chance to realize it’s tired or it’s hurting…well my first time away from him and I was in some pain! My back was KILLING me and I just felt emotionally disconnected from everything. Ask Zach…it was probably one of the worst trips we’ve been on together because I wasn’t my usual I-love-vacation self. My brain was literally dead.

Being out of it did not only lead to less fun it lead to a lot of stupid mistakes too. First off we bought an electricity converter for the trip (since they have different plugs in Europe) and it worked great but wasn’t enough power for my straightener so I used the one the hotel mini fridge provided but I was DUMB and didn’t use it right so I blew a fuse in the room which in turn blew up my straightener. That sucks, but it’s also the second time that’s happened. I blew up my straightener on our honeymoon in the Maldives too. So not only did my mistake cost us a new (almost $100) straightener when we got home but I had to live with some ROUGH hair the whole time too. 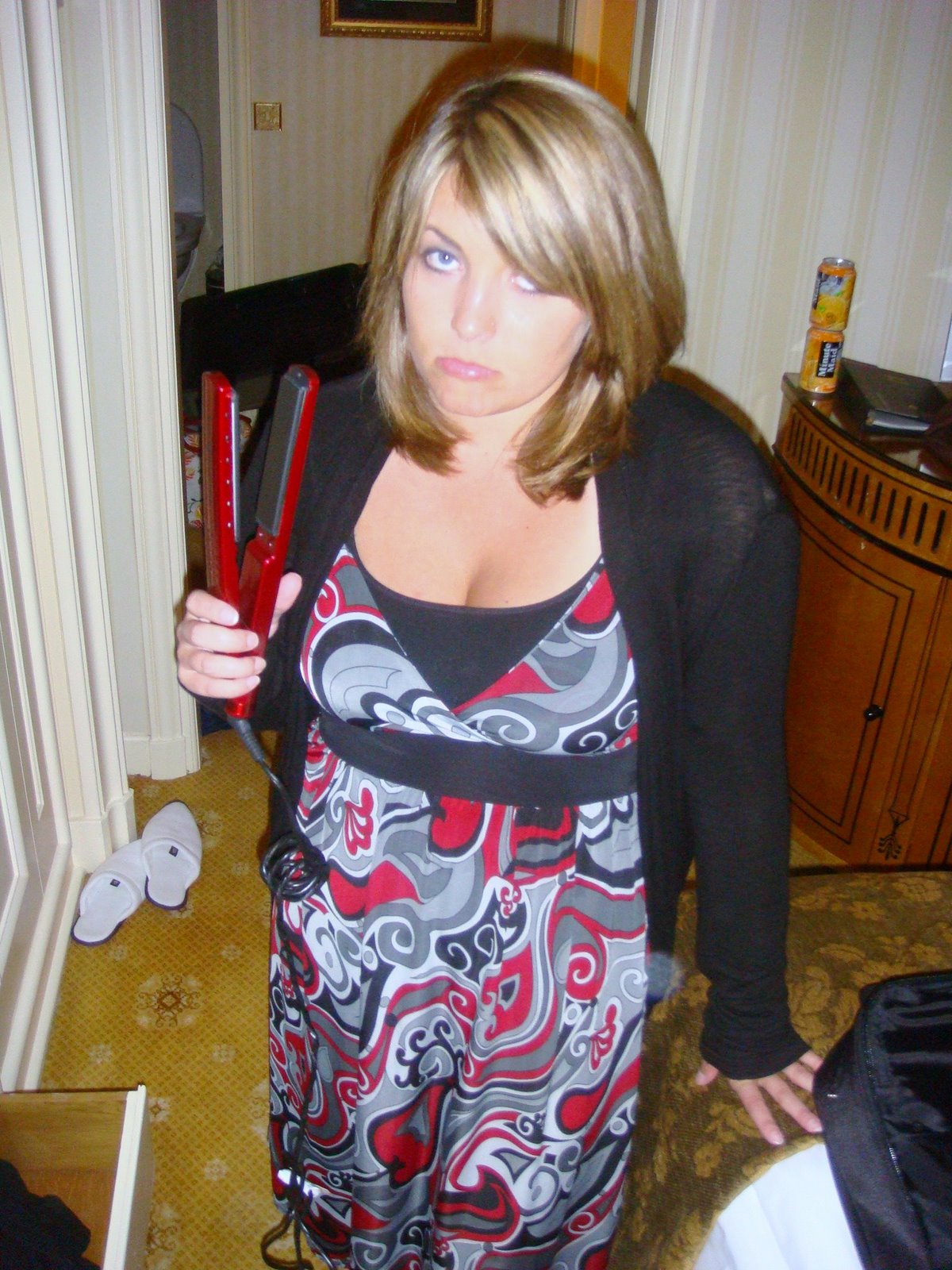 Another stupid thing I did was with email. Aflac provided us free internet access so I told Mom we’d email each other each morning that way I wouldn’t have to spend any money calling. I emailed her as soon as we got there and was pumped to check it the next morning but didn’t have an email back from her b/c I sent it to the wrong stinking address! So by then I was DYING to hear how Kye was doing and couldn’t wait an entire other day to get her email back so I asked Zach if we could call. We bought a $30 calling card before the trip and I read on the info sheet that the hotel would charge us an additional 3.80 euros to use the calling card. Then I read their rates for calling the US and it said 3.50 Euros for the first minute then 5.80 Euros for 15 min. I read it literally and called the front desk and said to them, “so if I talk for 15 min it’s 5.80 Euros right?” They said yes so I called Mom and talked to her for a little less than 15 minutes. Got off the phone and took a shower then it hit me (told you I was out of it) DUH it was 5.80 PER MINUTE. It was a $100 phone call!!!!!!!!!!

Another bad thing happened during the phone call..Mom took off the week of work to stay with Kye and she had my cousin watch her three dogs. And guess what? Her dog, Abby, got out and got hit, and killed, by a car. I felt so bad because if she hadn’t been watching Kye it wouldn’t have happened! I also felt so so so bad for my cousin b/c I know he must have felt awful that it happened during his watch. So my poor mom was dealing with taking care of a young baby AND the death of her dog that she’s had for about 10 years now. So sad.

The day before we left to come home I got sick. So on top of everything else I felt HORRIBLE. It’s probably the most sick I’ve been in years. I had a fever and sore throat and had to travel home! Of course everyone is freaking out about swine flu and here I am traveling while sick…not good. When we got home I felt worse but we had to keep going non-stop. Courtney had Payton on Friday so we had to go to the hospital then Chrissy graduated Saturday so we had to go down to Gainesville. It was all just waaaaay too much for me and we had to have a complete day of REST on Sunday. I fed Kye and rested all day to recover but then of course I still had all the unpacking to do so I’ve been home a week and am JUST now getting my house back to how it should be! Yuck!

While being so out of it from all the lack of sleep and the sickness, I did another stupid thing! We were rushing around because Courtney was having the baby and I pulled in the garage and hit the garage wall with my car!!!! I’m an idiot! My car is okay, just some missing paint that I think will buff out fine, but the wall is another story. There is a big black dent from my tire and the wall is cracked from my light.

After all the extra money I cost Zach ($100 phone call, $100 straighener, the car and wall) you’d think he’d kill me!!! I’ve been so blessed with a husband who’s lost his ability to stay angry! He told me on the trip, “I don’t know why but I just can’t stay mad at you for very long anymore.” And he’s right! He can’t! I honestly think it’s b/c I’m the mother of his child…ya know? Whatever the reason I’m thankful as I totally deserved for him to be pissed at me!

I thought all the bad stuff was finally over when I talked to Mom a couple nights ago and she informed me that my Uncle Mike has passed away. I don’t really know any details but it’s so sad. He was young and hadn’t been in touch with a lot of the family for years. He was married to my mom’s sister and we all loved him very much. I am sad for him but more sad for his children, Mikey and Meghan. I know how hard it is to be away from your dad a lot and I would be devasted if Dad passed away because I don’t feel like I’ve gotten to spend enough time with him ya know? Meghan and I were always thisclose growing up and while age and distance has made us less close, I will always care about her and hope that her and Mikey can cope with this tough loss. 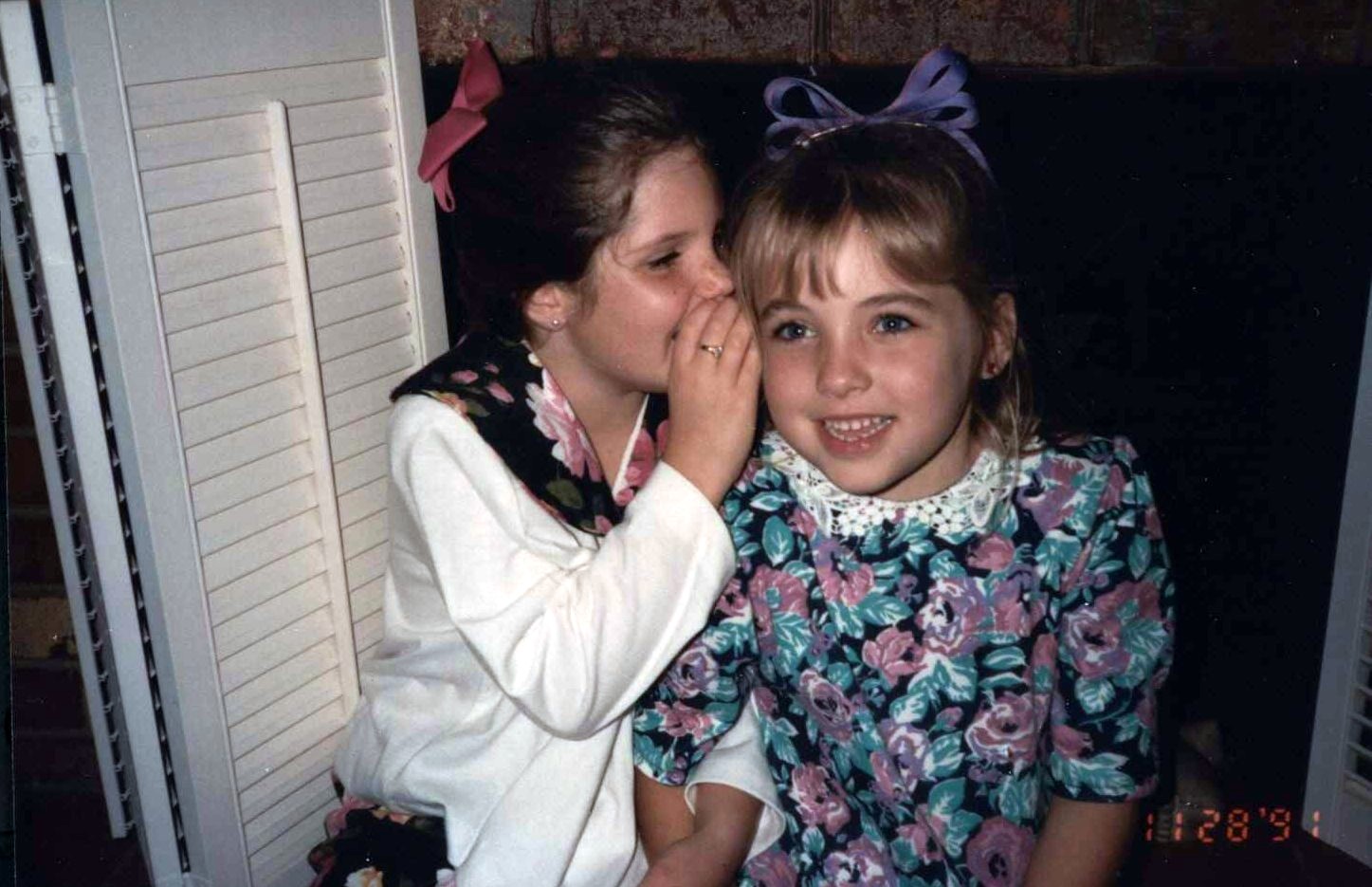 I really hope that the rain has stopped and that the sun will shine again! With my first Mother’s Day around the corner I’m hoping for a GOOD weekend and some good stuff to come our way!!!