As one of my yearly goals I want to work on not doing and going so much in the evenings. Zach and I both feel it’s very important to have family meals together as many nights of the week as we can. We’ve been doing great so far! We have had several people over for dinner already this year. Yeah it may be a little costly (with both money and time) to cook for people but it’s still probably cheaper than eating out and it allows us to sit down and eat with Kye while he is eating AND get him in the bed on time.

We’ve been focusing our sites on the Lord more this year which we really needed to do! Zach and I decided that Wednesday night would be the ONLY night of any week that Kye doesn’t get a bath and that he stays up past his bedtime. We’re not one of those families that stay over at people’s houses late or have our kid at Walmart at 10:00! Kye’s schedule is important to us and we plan to stick to it. Since Wednesday night church starts at 7 (Kye’s bed time is 7:15) we don’t really have any choice. We still eat together as a family then go to church and before leaving church we change Kye into his night clothes. He falls asleep in the car and we lay him down when we get home into his bed (around 8:30ish). He’s still been sleeping great when we do this, but he doesn’t behave well for his church class. He’s just too tired poor kid! I’m going to start giving his class teacher some snacks for him and hopefully that will help 🙂

Since we’re trying to put God first and our family second I worried about losing my friends. We obviously can’t be going and hanging out as much as we used to and not only do I miss that but I’m sure my friends do to! Since the start of the year Zach and I agreed that one day a week we could each go to lunch with a friend. I know that sounds like we’re cheap, but we ARE! We NEVER eat out!!! Seriously!

Zach’s only gone to lunch a couple of times but I’ve gone just about every week! Kye and I got Applebees with Katie, Two Friends with Shauna, and Two Friends again with Ashley and Ashley! I really want to start having the blog be MORE of a journal so I’m trying to take more pictures of things (I know MORE pictures…) Here are the ones from my lunch with Ashley and Ashley! 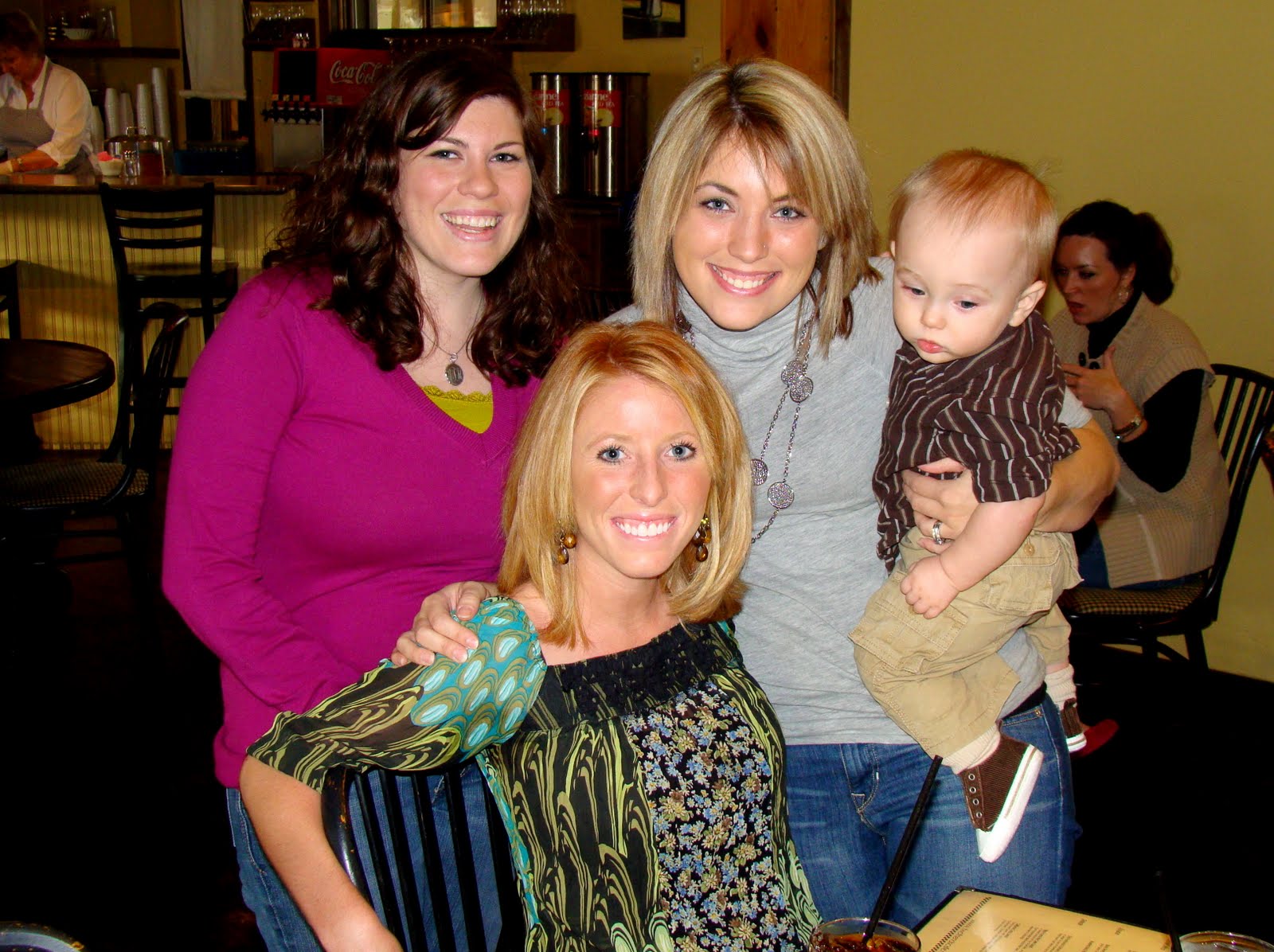 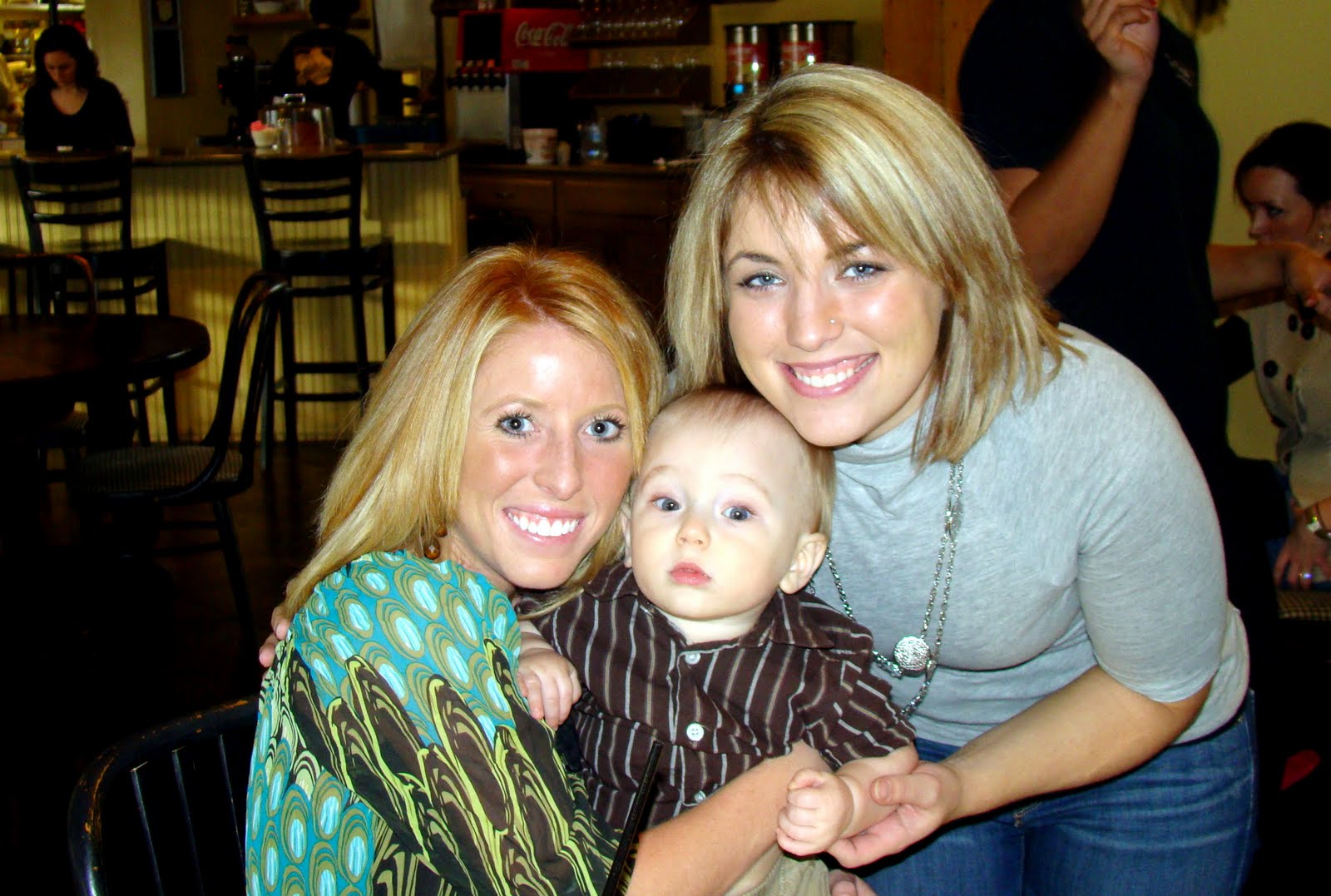 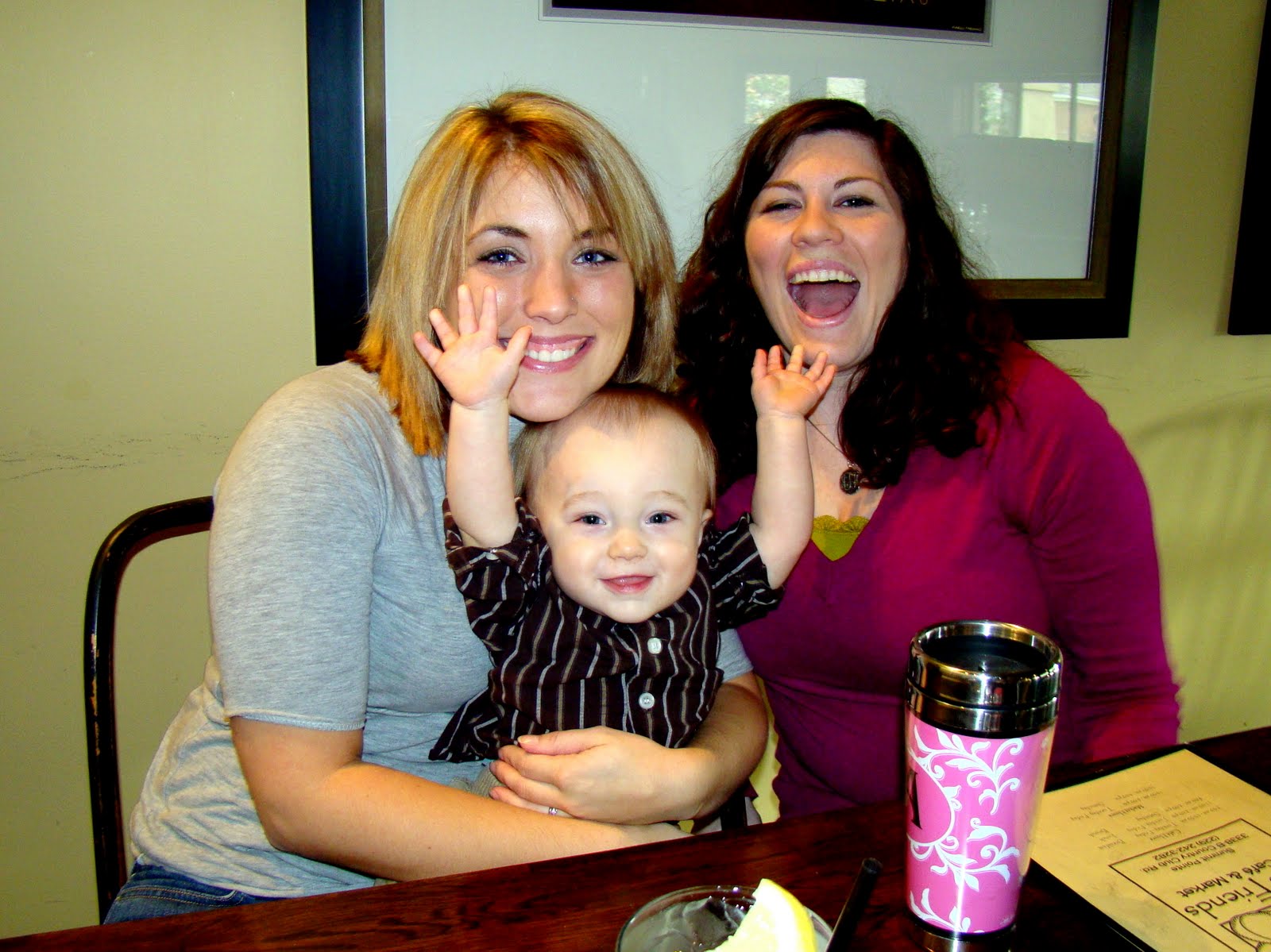 It was so nice because Ashley (Troutman not Hiott) and I haven’t hung out I don’t think EVER! haha! I just realized that! I’ve always liked her but it’s tough to make plans. Lunch is such a great thing to do on a busy schedule and I enjoyed getting to know her better. And duh, it’s always great to hang out with Ashley (Hiott) too! Whenever I go to lunch we always go at about 11. I know that’s early but Kye typically gets up from his nap at 10:30ish so I can get him in the car and go then we don’t have to leave until around 12:30. It works out great as Kye eats pretty much the whole time we’re eating! He was still a little sick when we went with Katie so his behavior wasn’t awesome but Shauna, Ashley and Ashley all got to see a sweet little boy!

I’m hoping the trend continues and that I get to use my weekly lunch to not only spend time with my “gold” friends but also get some new “silver” friends too (gotta love the song “make new friends but keep the old, one is silver and the other gold!”).