Brittlynn’s third week of life was from December 20th – December 26th. Here is what Brittlynn was up to during her third week!

Nursing: She was rather fussy on the breast at times during this week. She would have this piercing scream sometimes that would totally break my heart and freak me out at the same time. It seriously sounded like a velociraptor! It typically meant one of three things…either she wanted more food, she was pooping or she had gas. Even after having her tongue clipped she still ate for at least 45 minutes each feeding. She was also very sleepy while eating and I found the pretty much the only things that would wake her up would be to rub her feet mega hard or get her semi-naked and tickle her side. Basically I’d mess with her until she became annoyed/angry then she’d eat more!

Sleep: Still an amazing night sleeper. Only would wake once in the middle of the night to eat. She fell into her own natural eating schedule of every 3 hours right at 10 days old which is when Babywise says it will happen! During her third week we were able to finally start a schedule! (More on that in a second!). Even with the schedule and with me hardcore watching her for sleep cues at naps…she was still waking every hour into her nap. Then she’d sleep on and off (like in 10 min increments) for the rest of the nap. I thought newborns were supposed to do nothing all day except sleep and eat? Well not this child!

Schedule: I started her on a schedule when she was one day shy of two weeks old so the beginning of her third week of life was the adjustment phase. When setting up a schedule it’s critical to chose a time to start the day and this becomes the time your day will start for a long time. We picked 7:00 for her since it’s also Kye’s time and that makes the most sense. Yes, Kye wakes up EVERY morning at 7! At her age it was still important to have 7-8 feedings a day. We would wake her to eat at the appropriate times if needed and hold her off to eat if she was already awake. It is fine to go 15 min early or 15 min late on each feeding when needed so if she was not sleeping I’d feed her earlier, if she was really in deep sleep I’d feed her later. Here is what her schedule looked like:

I was pretty happy with just having a schedule. It was a VERY easy transition because she naturally fell into close to a 3 hour schedule by 10 days old (if you’re a nursing mother use the first couple of weeks to focus on FULL FEEDINGS and your baby will do the same thing). I realized quickly that I HAVE to have a schedule. I don’t function well without one!!!

With Kye I would have never reversed the bedtime routine. It was ALWAYS eat-awake-sleep. Never awake-eat-sleep! But my wonderful babywise buddies (Kelly and Laura) convinced me to give it a try and we liked it right away. She always fell asleep during that feeding and it made putting her to bed easier, although she was typically fussy during the bedtime ritual. Better a little fussy then straight to sleep than to accidentally overstimulate her with the bedtime stuff and then make it hard for her to fall asleep (which was what was happening prior to us reversing the order)

Typically she wouldn’t even make it to these nap start times. Ume. It was frustrating because neither Zach or I felt like we knew her and it made me feel sad b/c I wsually she’d eat and soon after start to fuss so I’d put her down. She’d literally have MINUTES of awake time! It made me a little sad b/c I worked hard for this baby and didn’t even get to really enjoy her! I had to keep reminding myself that it’ll all pay off soon!!!

Here are other things I learned about Brittlynn during this week:

Some pictures from this week!

I let Kye watch a movie in our room while I nursed and he wanted Britt to sit with him after she was done! 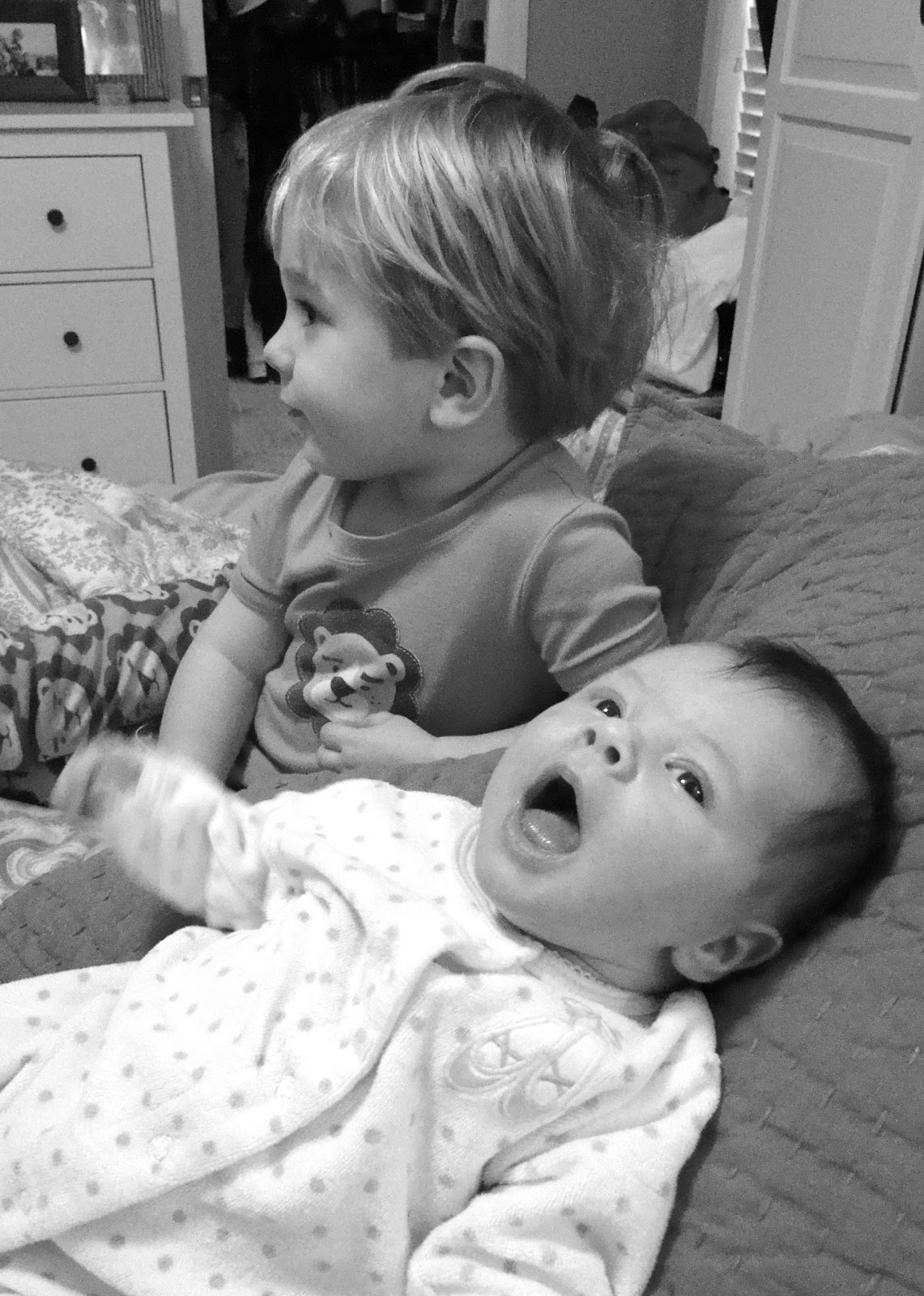 She was much more interested in Mommy than the movie 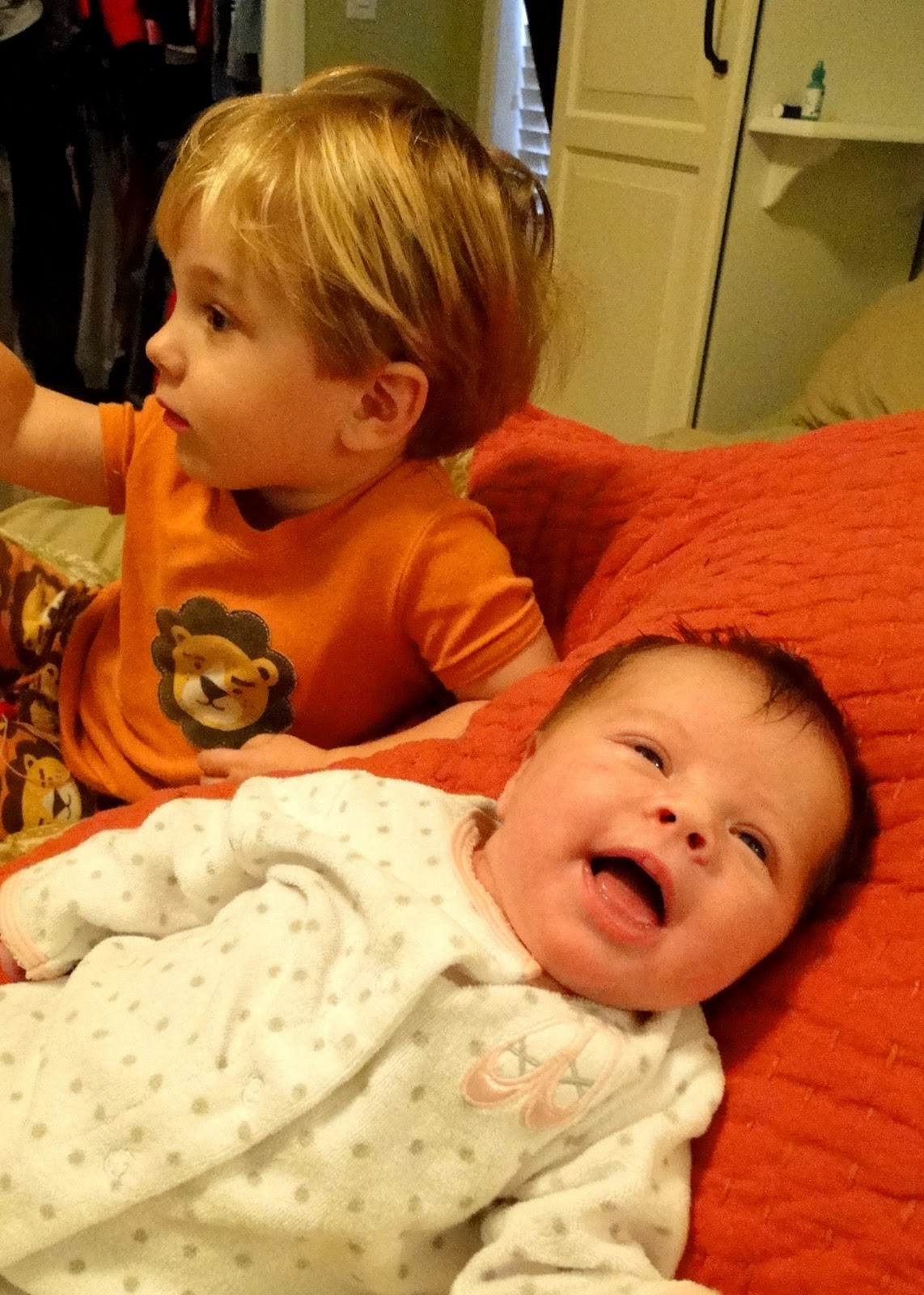 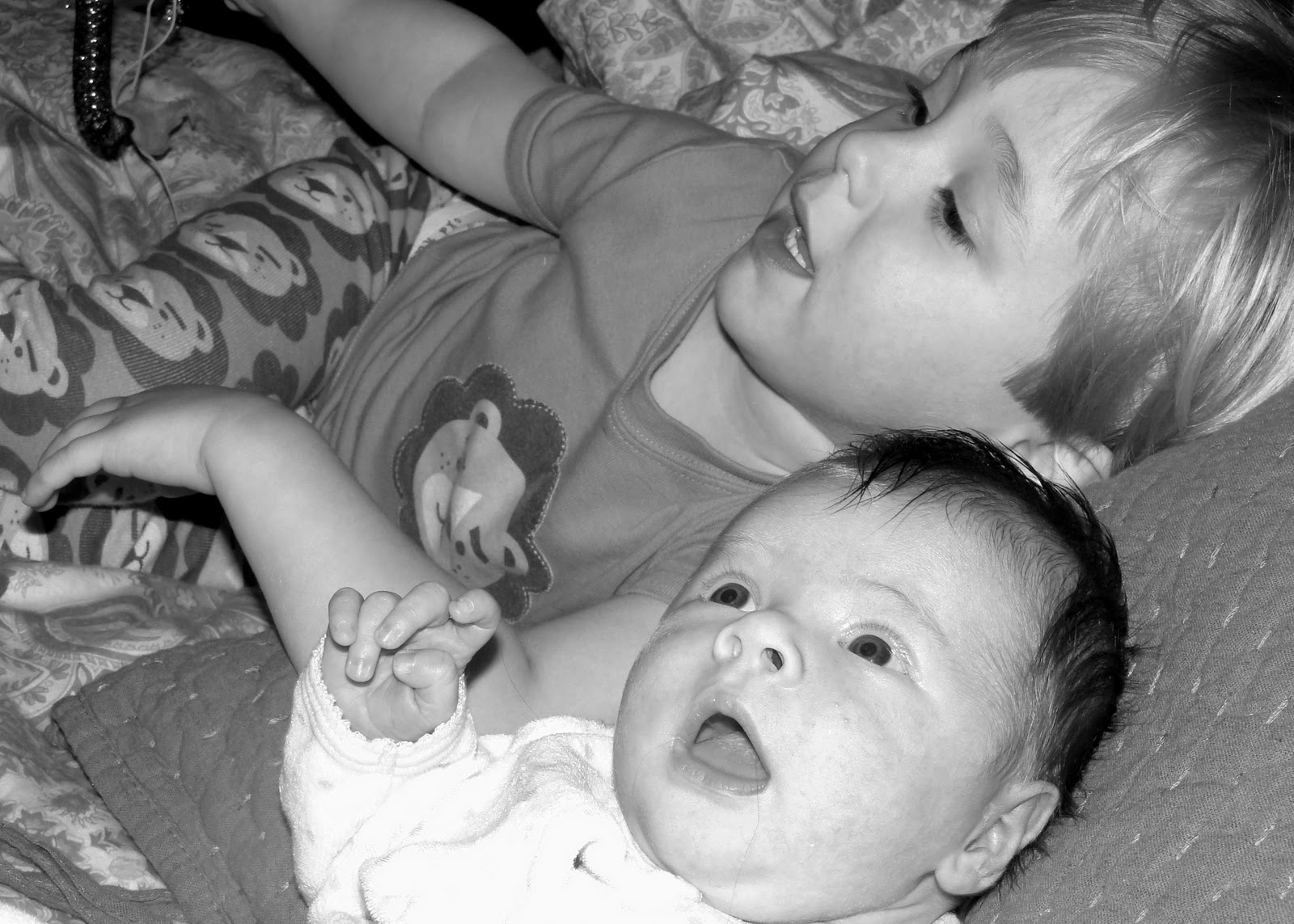 I LOVE this girl! 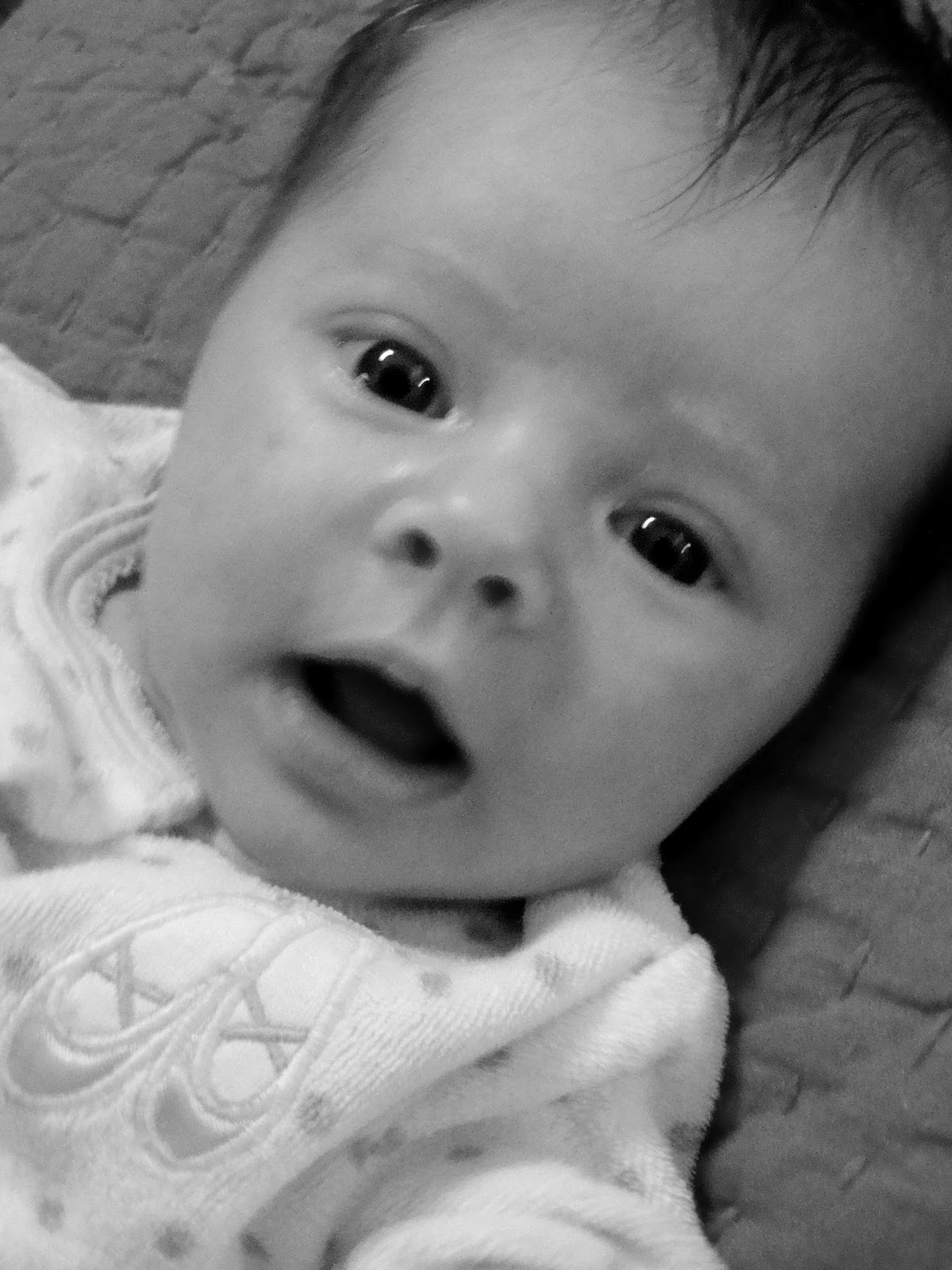 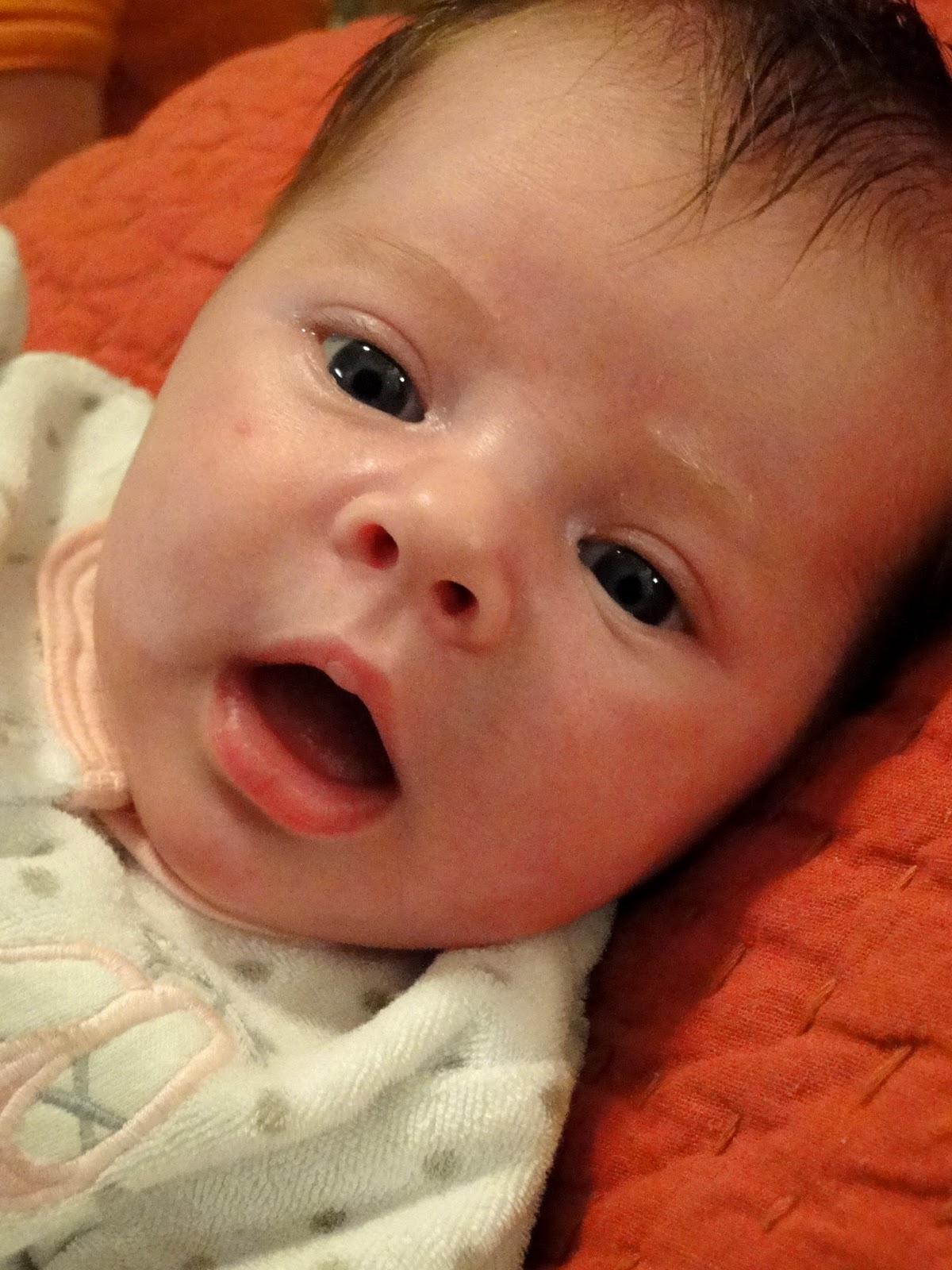 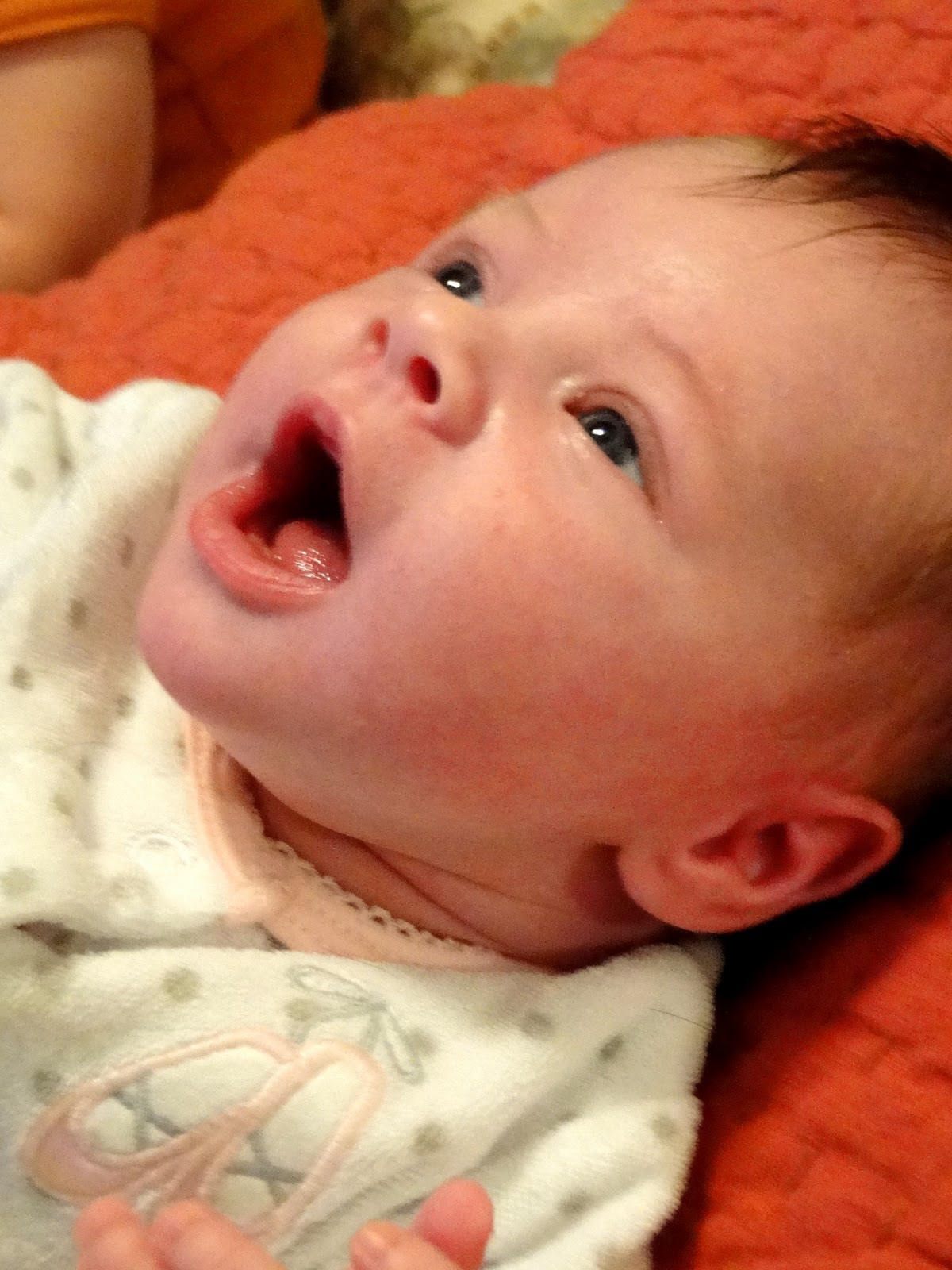 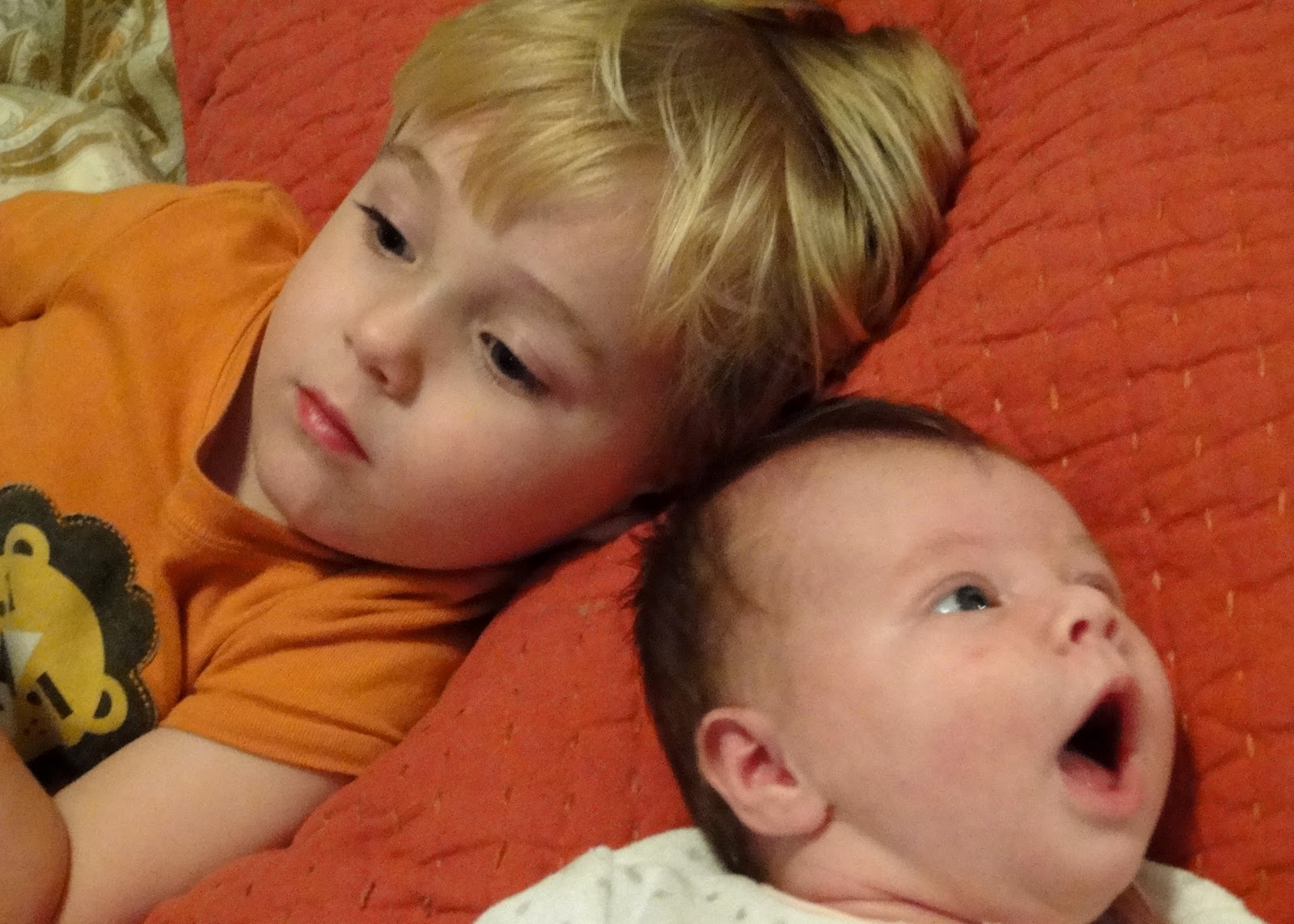 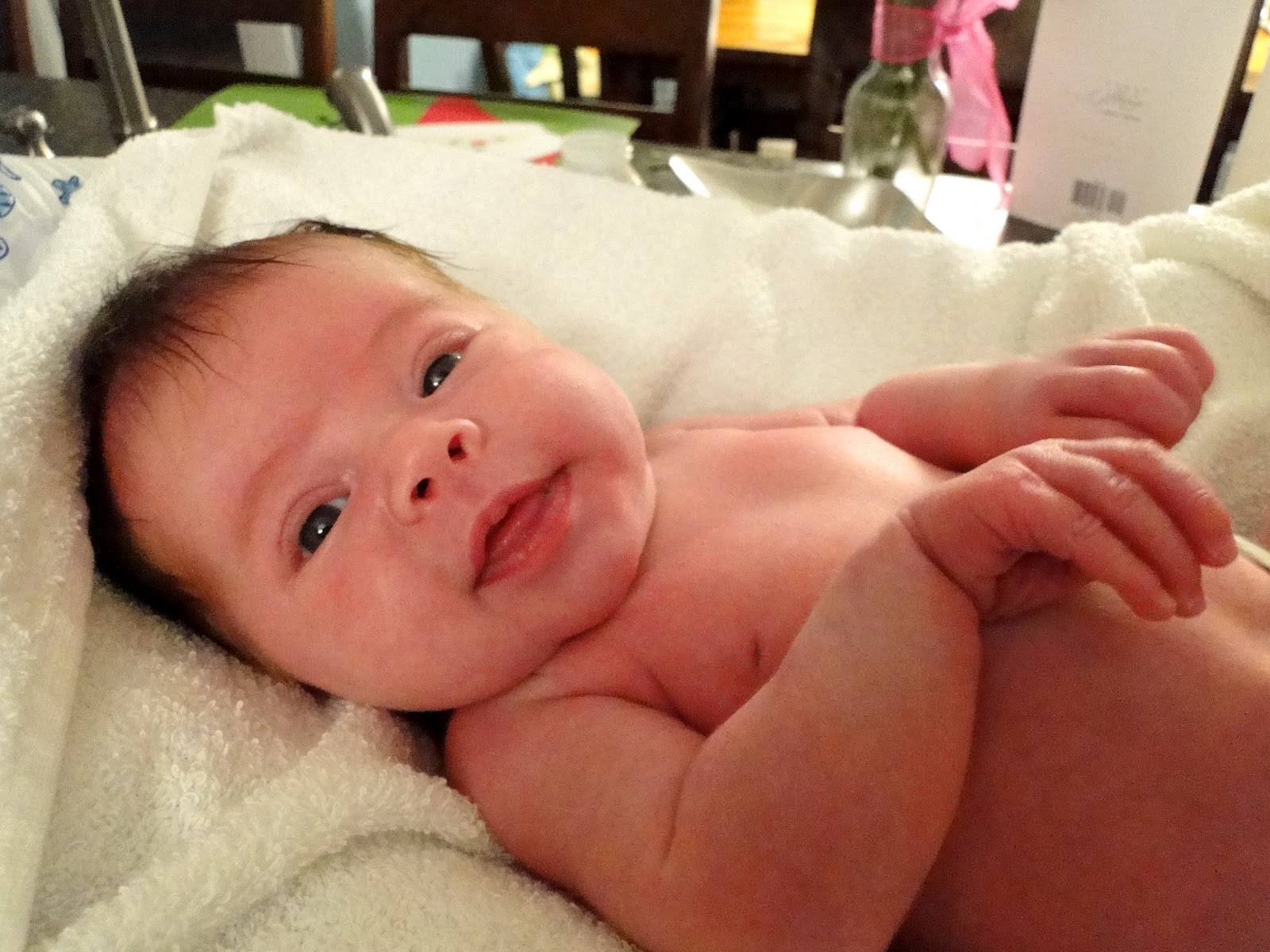 FINALLY got some girly swaddles! 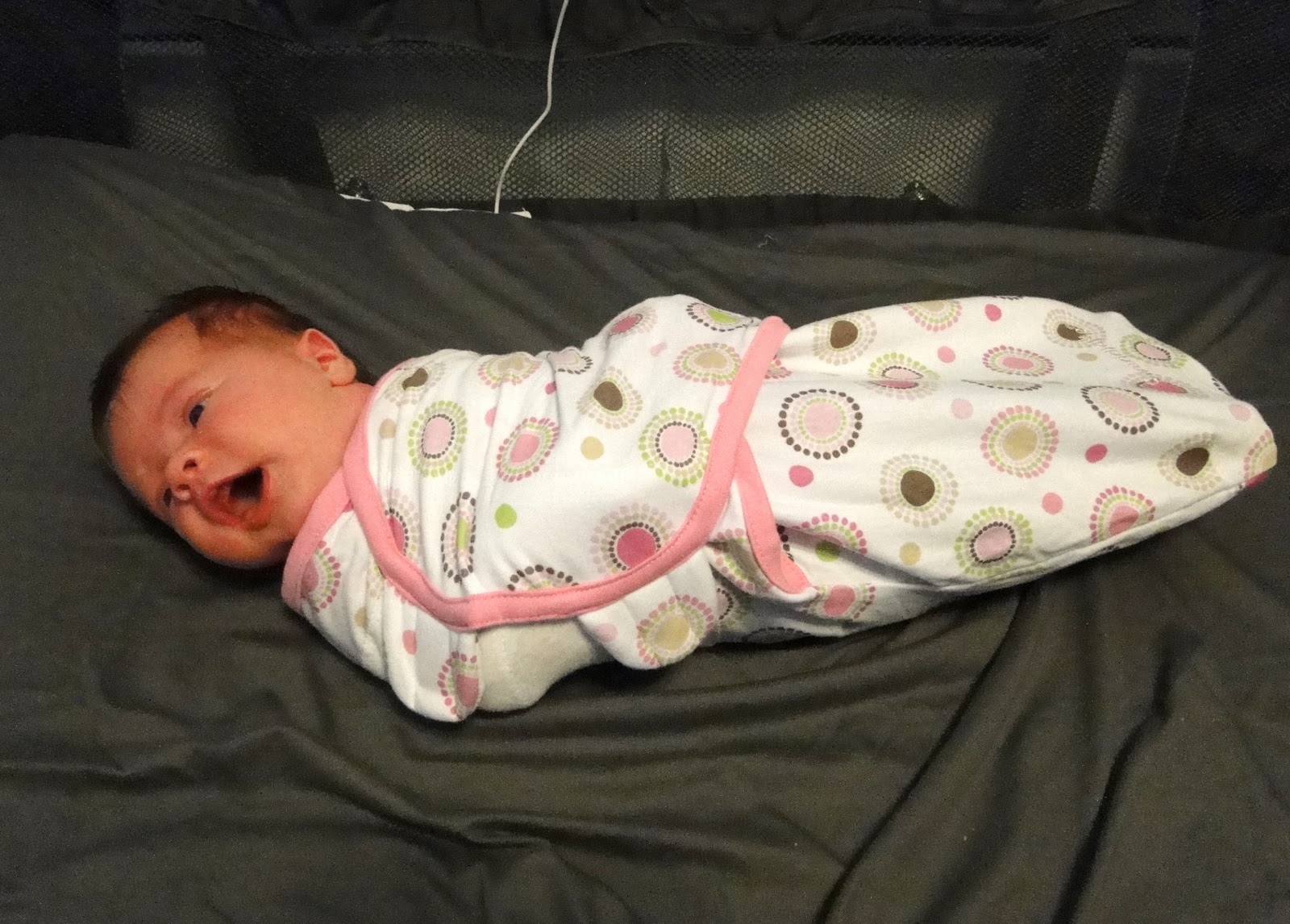 I gave her her first bottle on 12/22 prior to leaving to meet Santa. She did really well with it but I only gave her the amount I pumped and it was only 1 1/2 oz! I realize now that was not enough since at the same feeding time on 12/24 she drank 4 oz. Live and learn 🙂 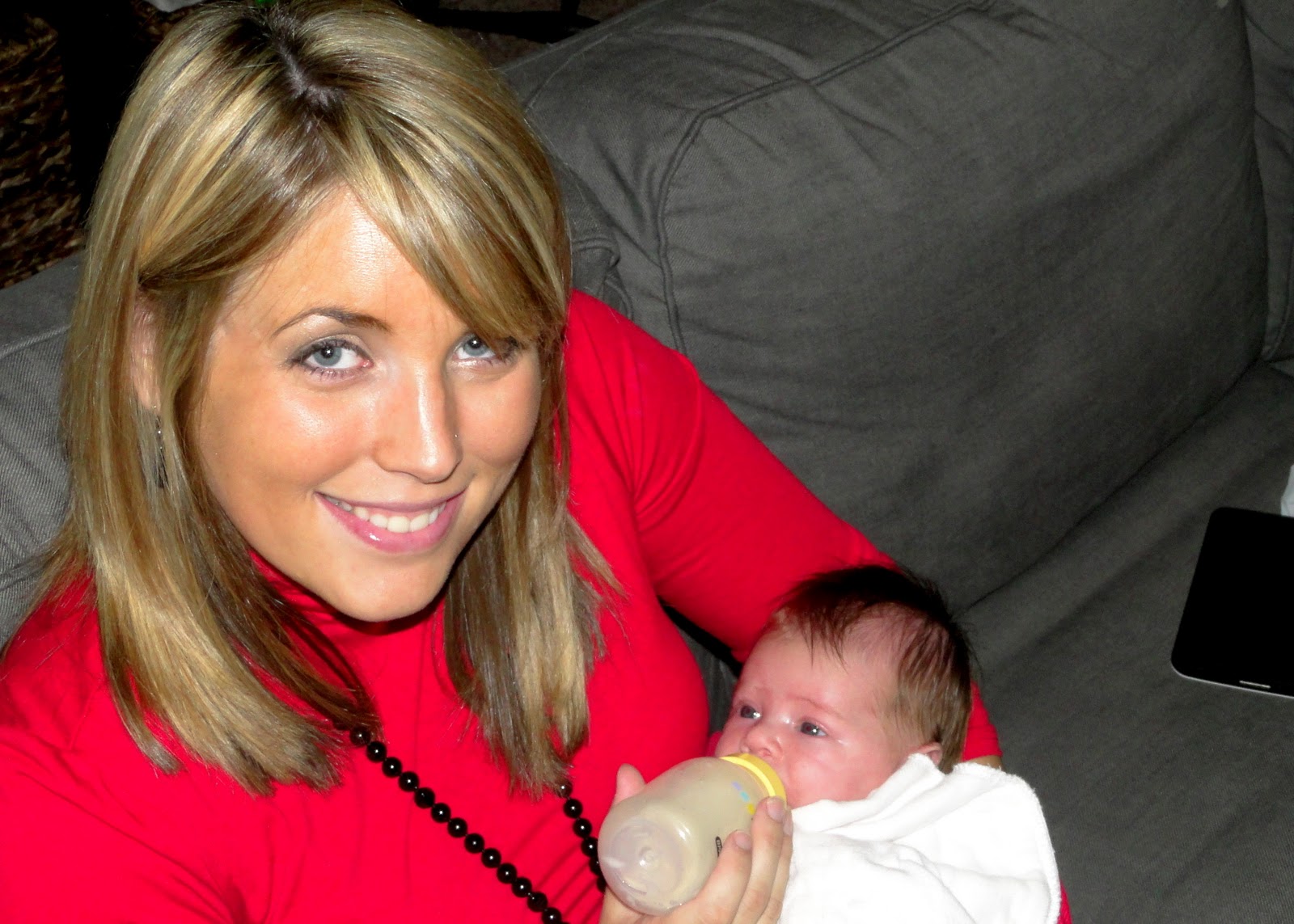 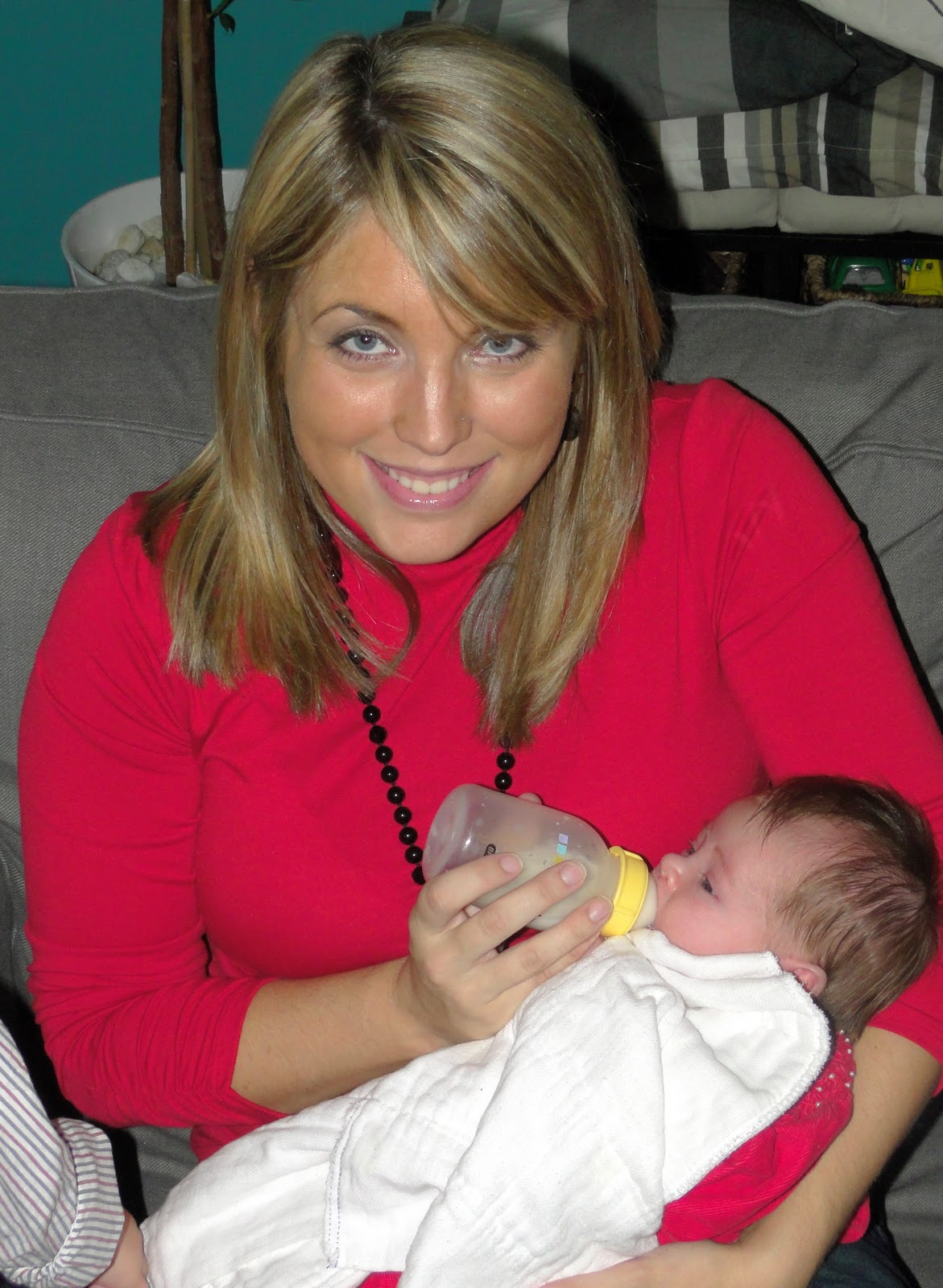 She celebrated her first Christmas! I love this picture of our sweet Christmas baby! 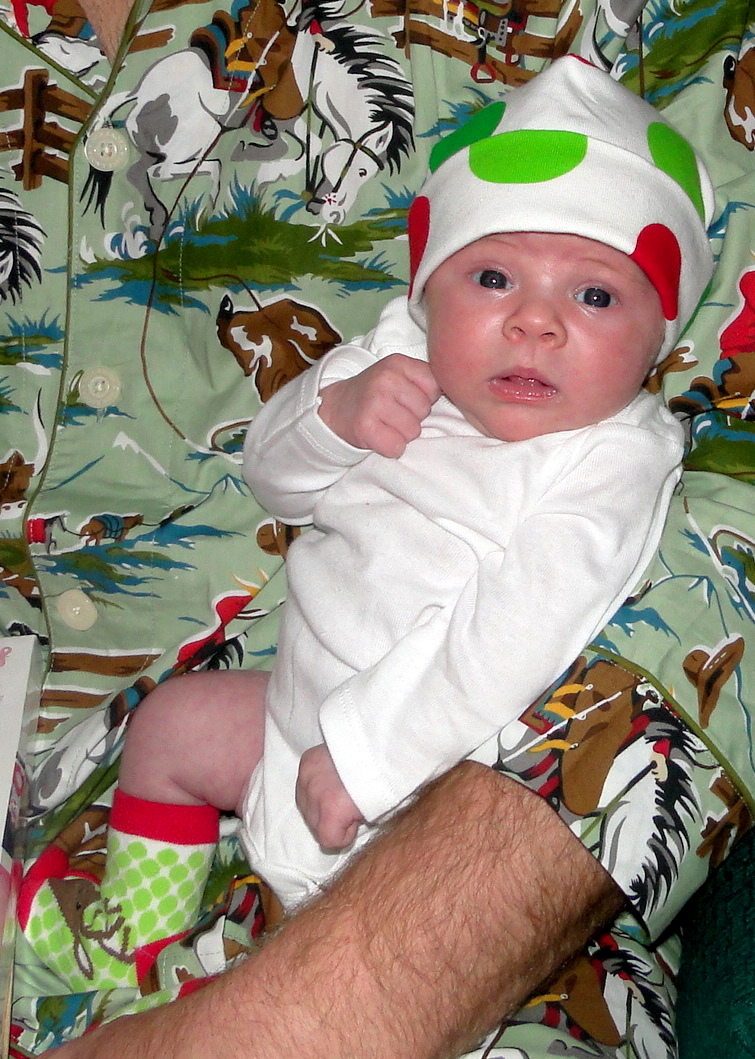 Postpartum Update: At night I was getting about six hours of broken sleep. That’s it. I was pretty much a walking zombie as we all know that broken sleep isn’t very good quality sleep. Especially since she took so long to nurse, I would be awake for a LONG time between those sleep moments. My eyes looked horrible with HUGE dark bags under them. I was always starving and pigged out waaaay too much (I’m sure I GAINED weight that week with all the holiday food). My skin was super super itchy. Especially fresh out of the shower (I think b/c it’s winter so it’s dry and then a hot shower bothers it?). I noticed that some of my hair started falling out and I’d find a lot of it on her while nursing. I was also still bleeding heavily and would still have to change my padding every time I used the bathroom. On the positive side of things my skin started to clear up..it looked ROUGH this pregnancy for some reason! And when I went to Steel’s to let the kids meet Santa I had my push present ring sized. Zach bought it at a 6 1/2. They put a sizer in it for me while I was pregnant at a size 6 and that was only a week before she was born! After her birth my ring size went down to a 5!!! Guess I was more bloated than I realized!!!

Even though I felt pretty cruddy I did my best to keep pushing through, especially because I wanted to have wonderful memories of the holidays. I did a good job and don’t think you can tell in any of the pictures or videos how out of it I really was right? 😉