One of my favorite parts when we watch our wedding video is seeing all of our wedding party decorate our car. I know that sounds lame but I really was SO happy to see how much FUN they all were having!!! I knew none of the wedding party had really been in weddings before and I was nervous that no one would get the stuff to decorate the car. Since Jason was staying with Brandon the night before the wedding, and Chrissy had the other two bridesmaids stay with her before the wedding, the responsibility to get car stuff fell on me and Zach! Luckily, we got Ben to tag along with us to go on a Walmart run after the rehearsal dinner. But still…Zach is goofy but Ben and I aren’t-so-much. Haha! I wish everyone could have gone as we probably would have done better but we just tried to think of funny things that would work on the car and that would make Brandon and Chrissy laugh! 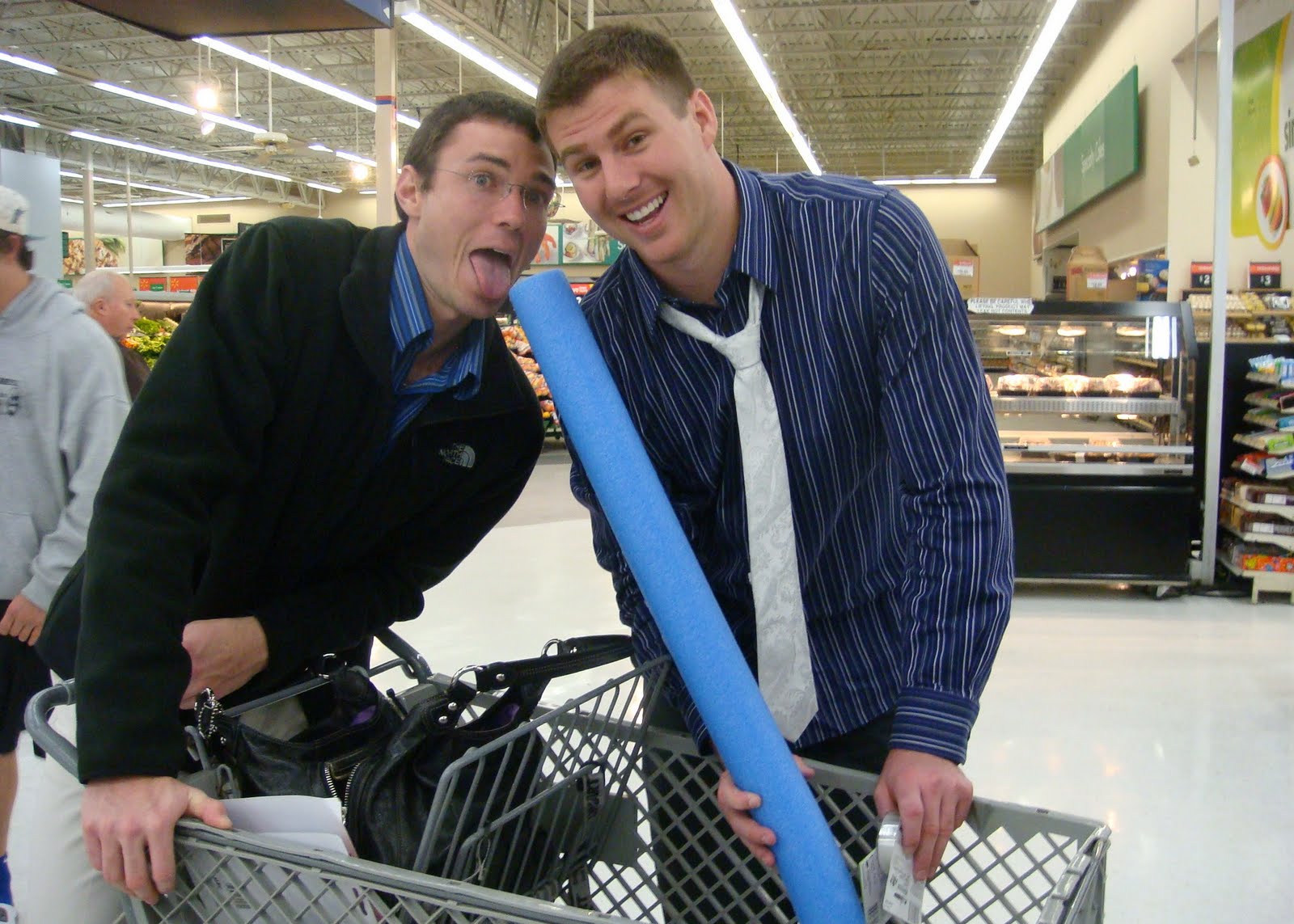 I know, HOT DOGS! haha! We walked all over walmart and tried to think of random stuff. I saw the hot dogs and I was like “we have to get these!” At first Zach thought it was dumb but then he decided that it’d work 🙂 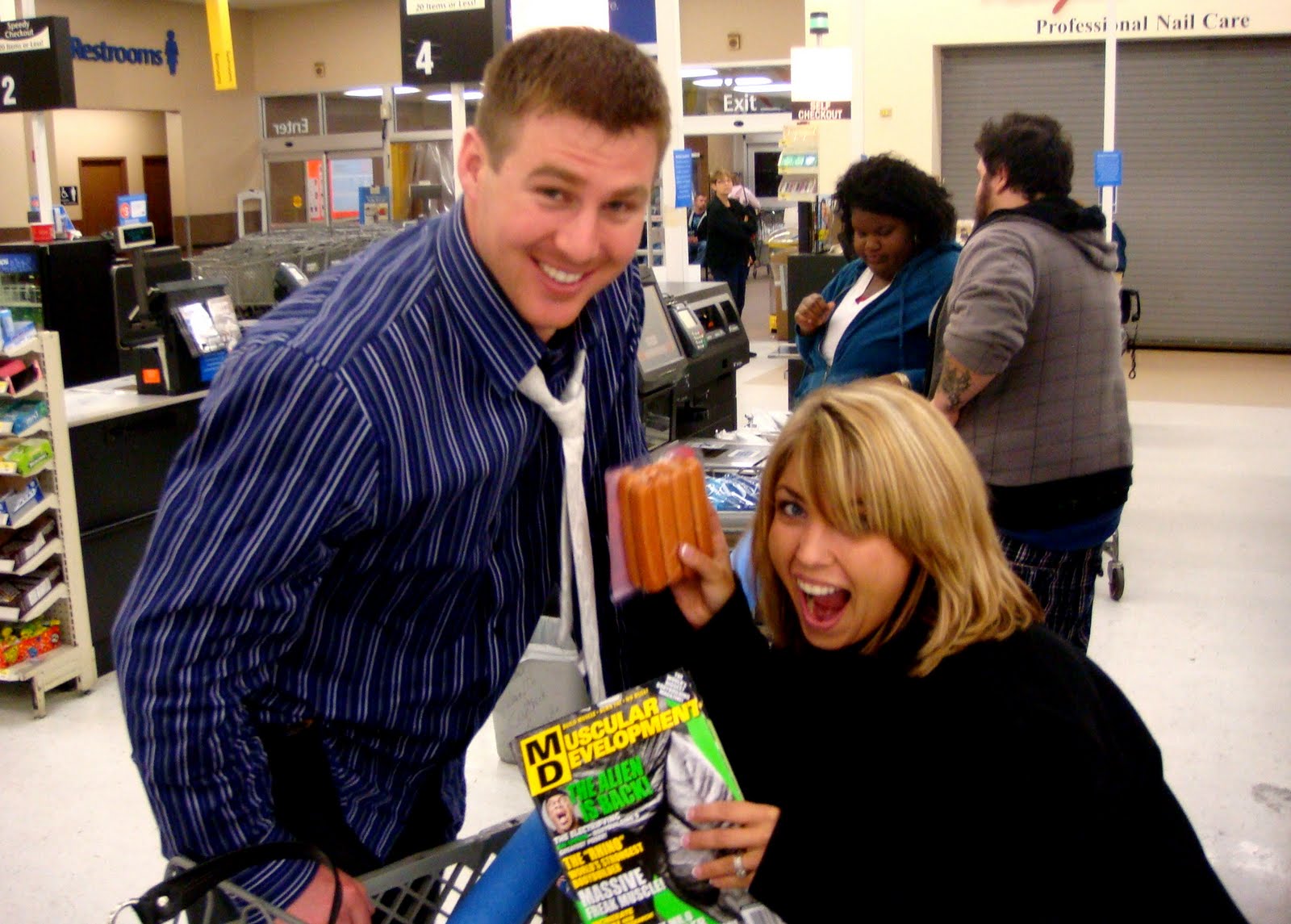 After our Walmart hunt I went back to the room since I had to get up early and Zach and Ben went and hung out with our other cousins. Zach took my camera and they seem to have had a GREAT time as Zach didn’t get back to the room until around 1:30! It means THE WORLD to me that Zach loves hanging out with my family so much, and that they love him! He always has a blast with all my cousins and I love it b/c that means as we grow older we’ll continue to do things with them 🙂 I guess they all tried to go play putt-putt but it was closed. Sad faces 🙁 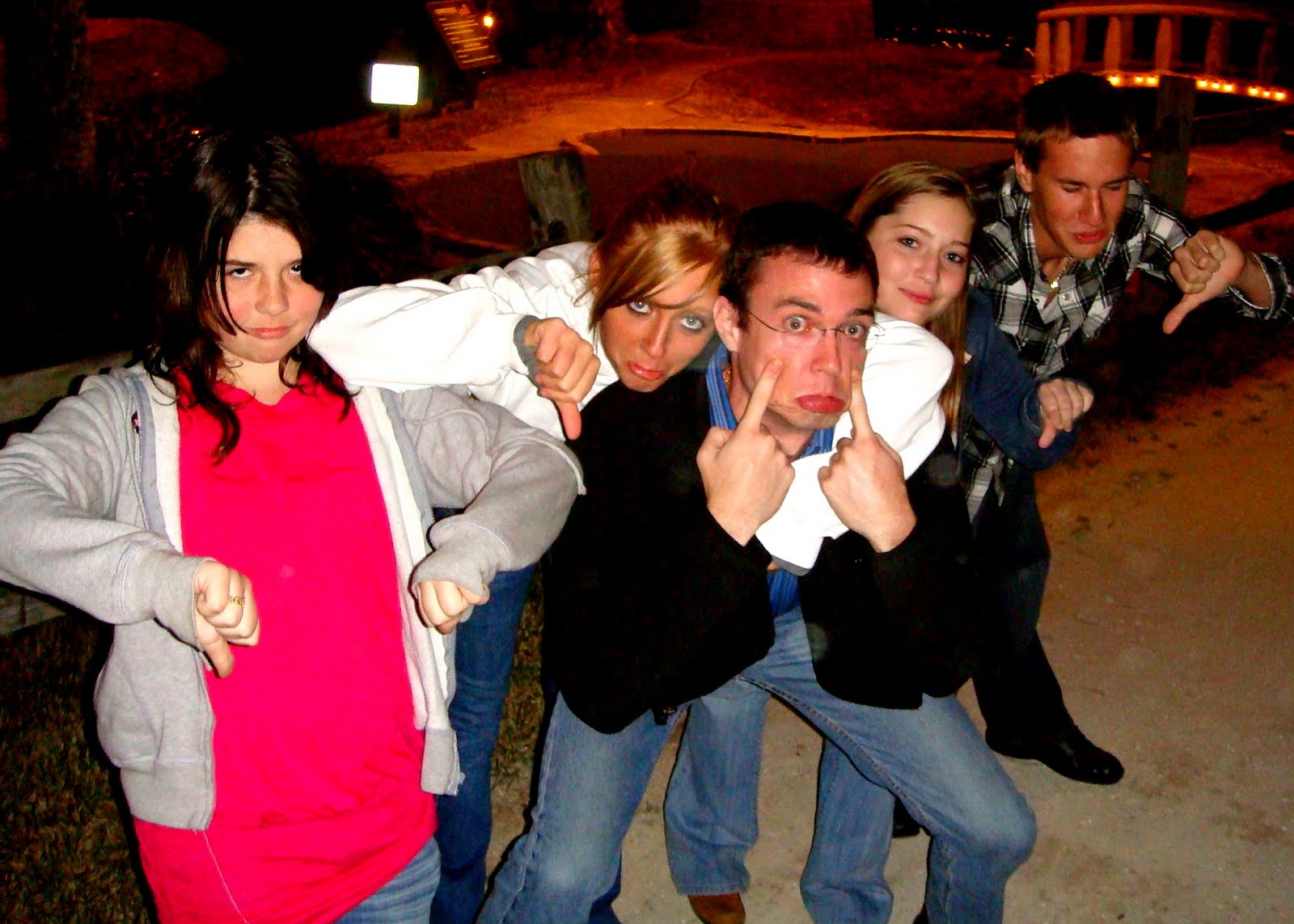 During the wedding reception we all decided to sneak out and decorate the car while Brandon and Chrissy were dancing with guests. Rather than it being a wedding party thing it kinda ended up being a cousin thing! But that’s okay we all still had a BLAST doing it and it turned out GREAT! 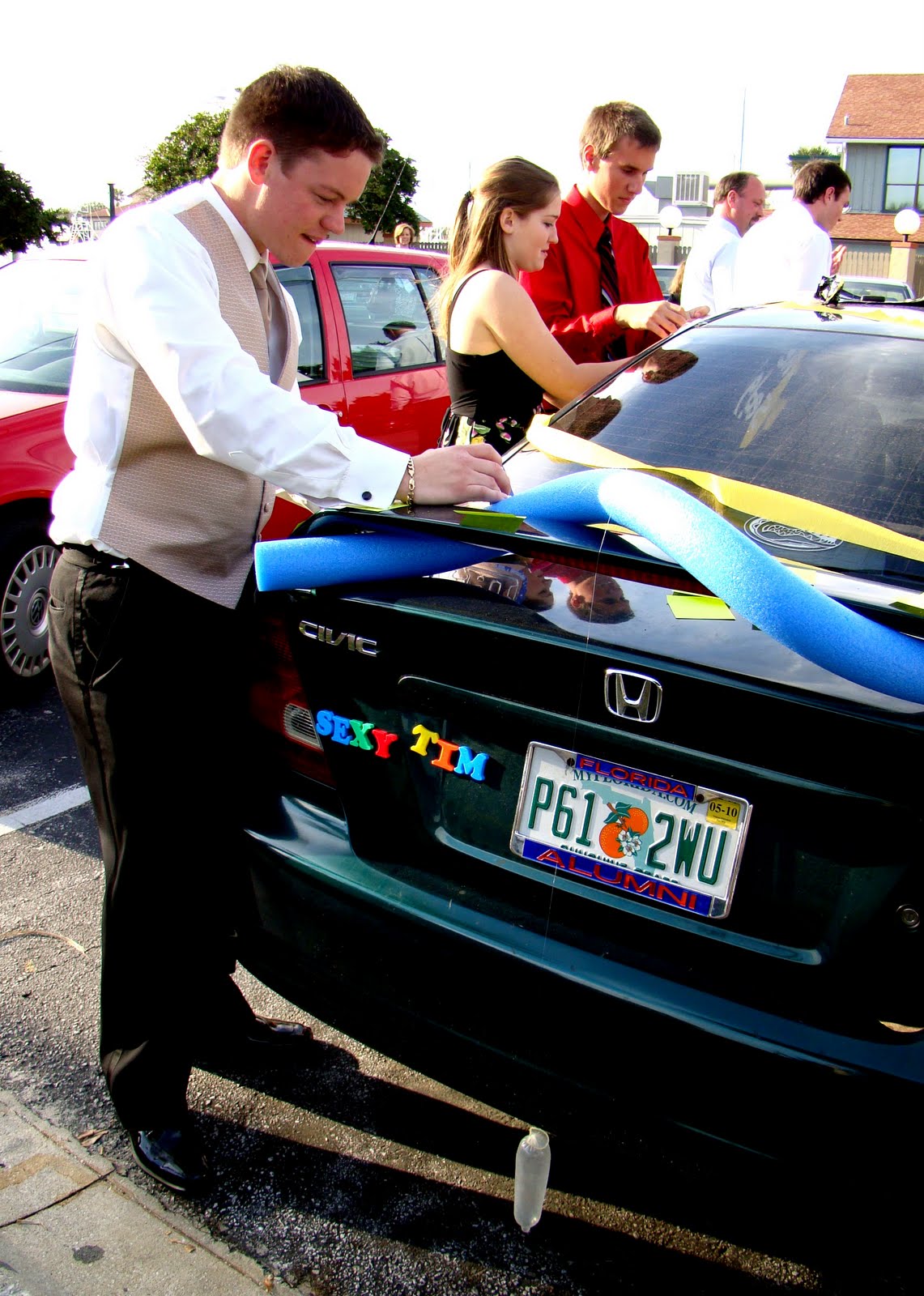 I love that Uncle Joe and Uncle Chip helped out too! 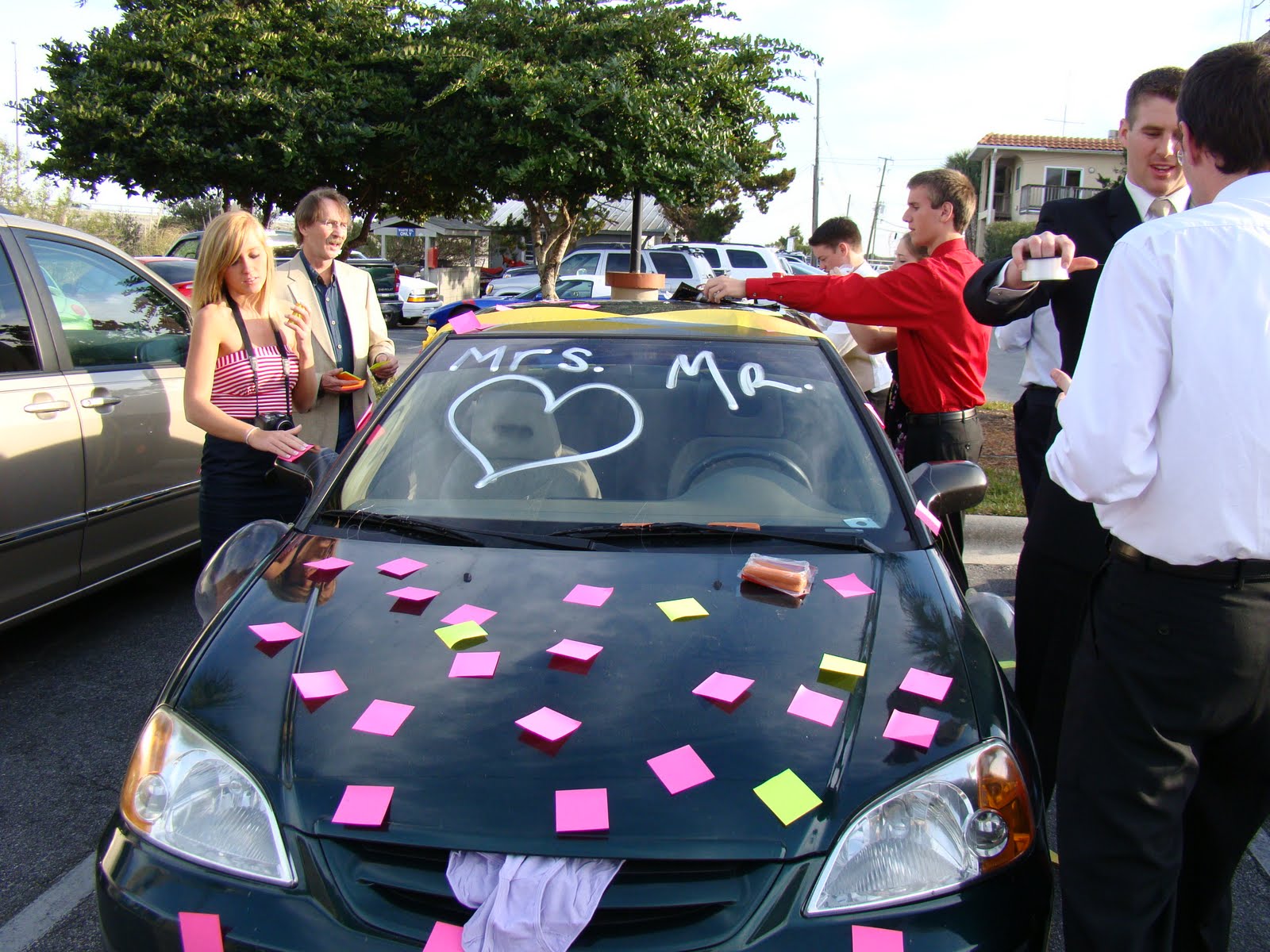 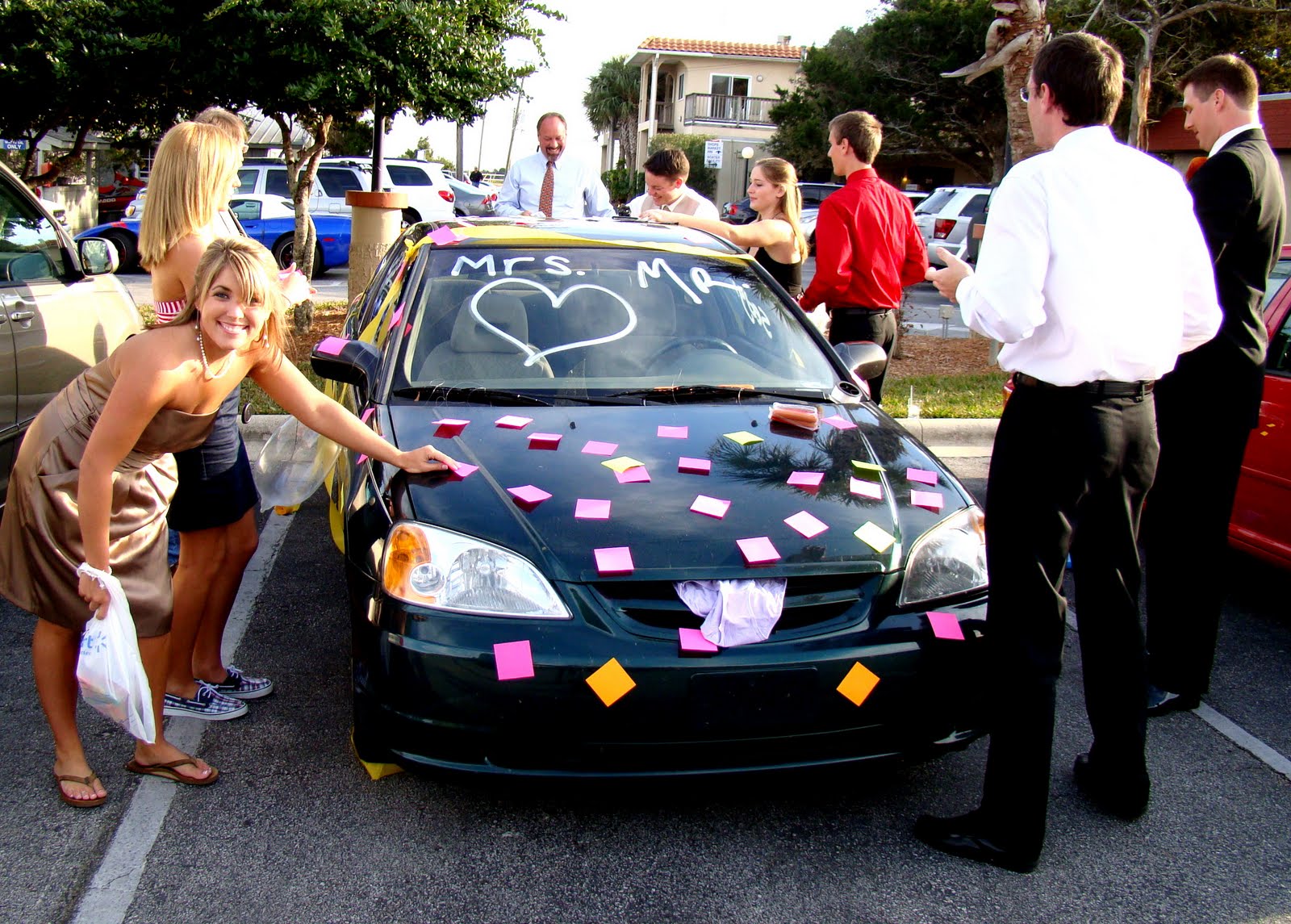 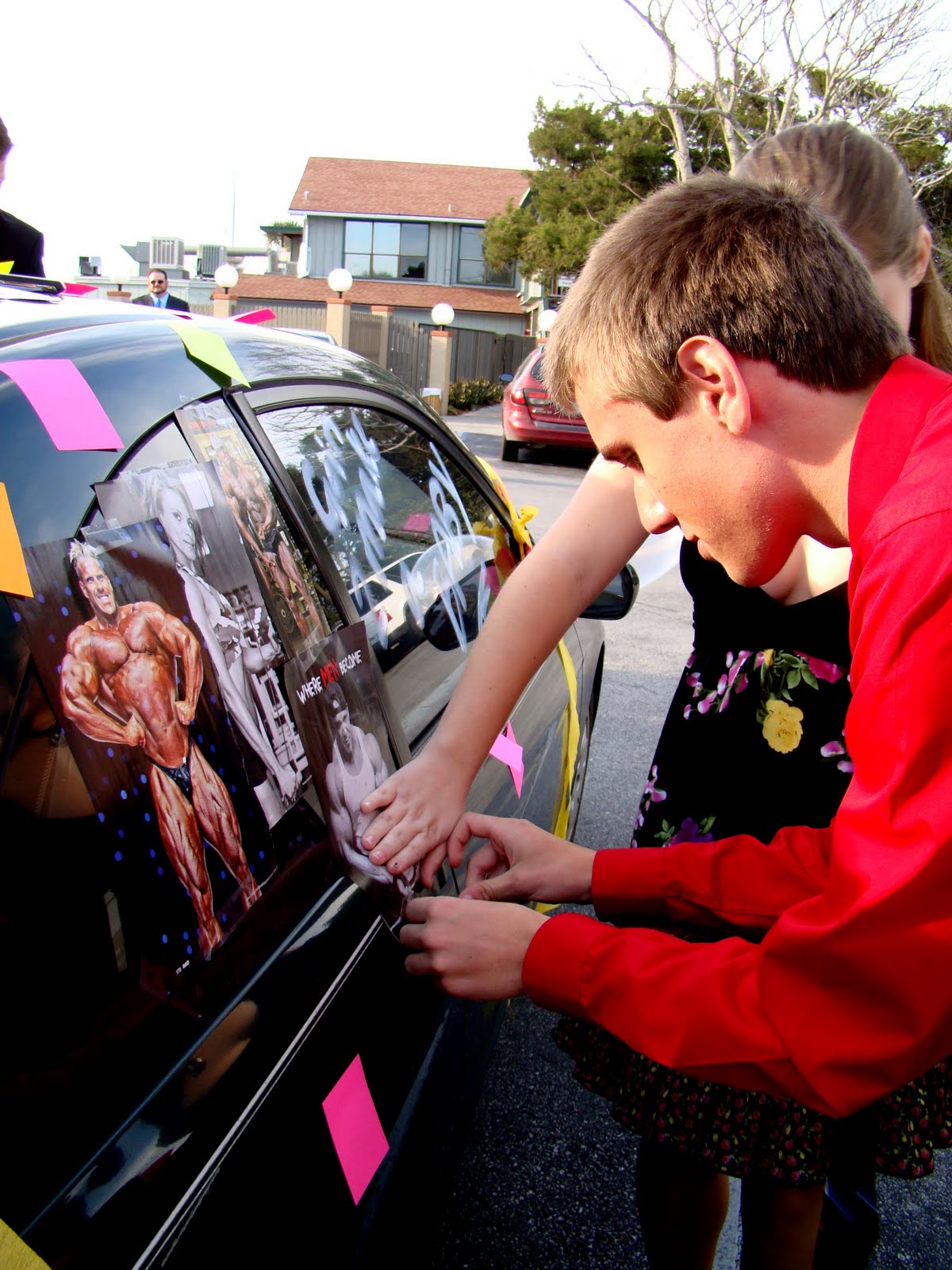 BEN is to blame for the penis drawing, here’s proof! 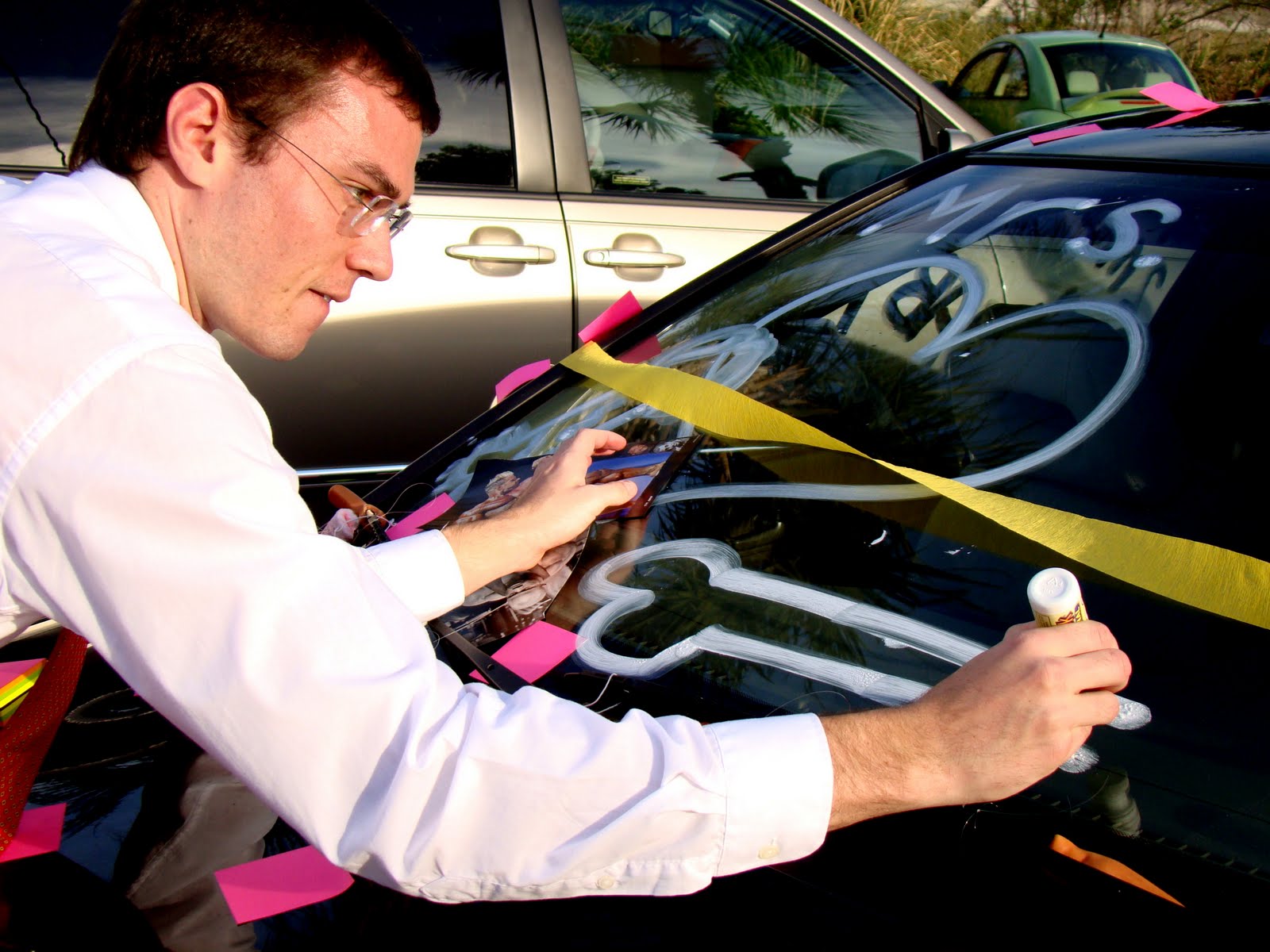 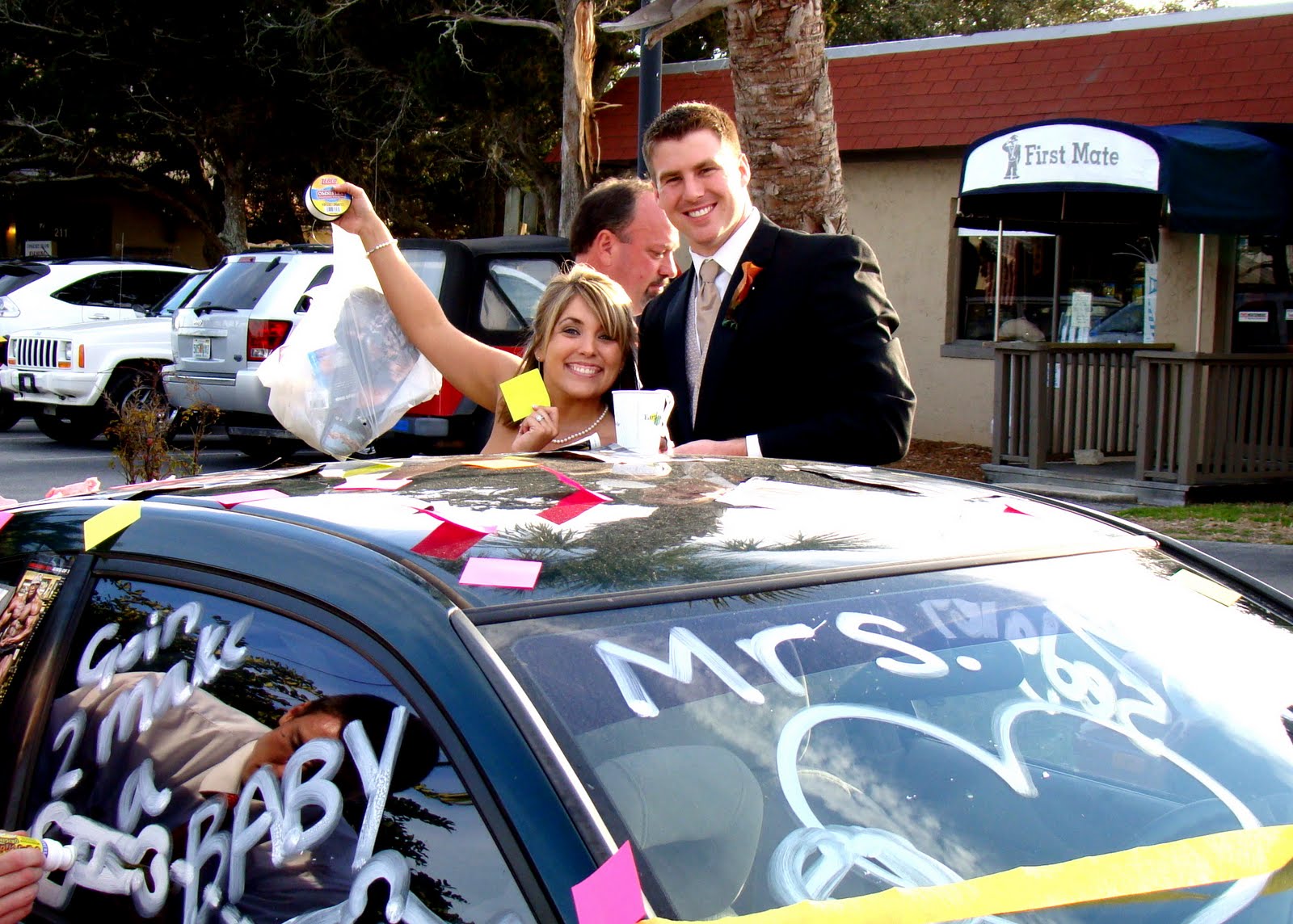 While we decorated Mr. Rusty drove around with Kye 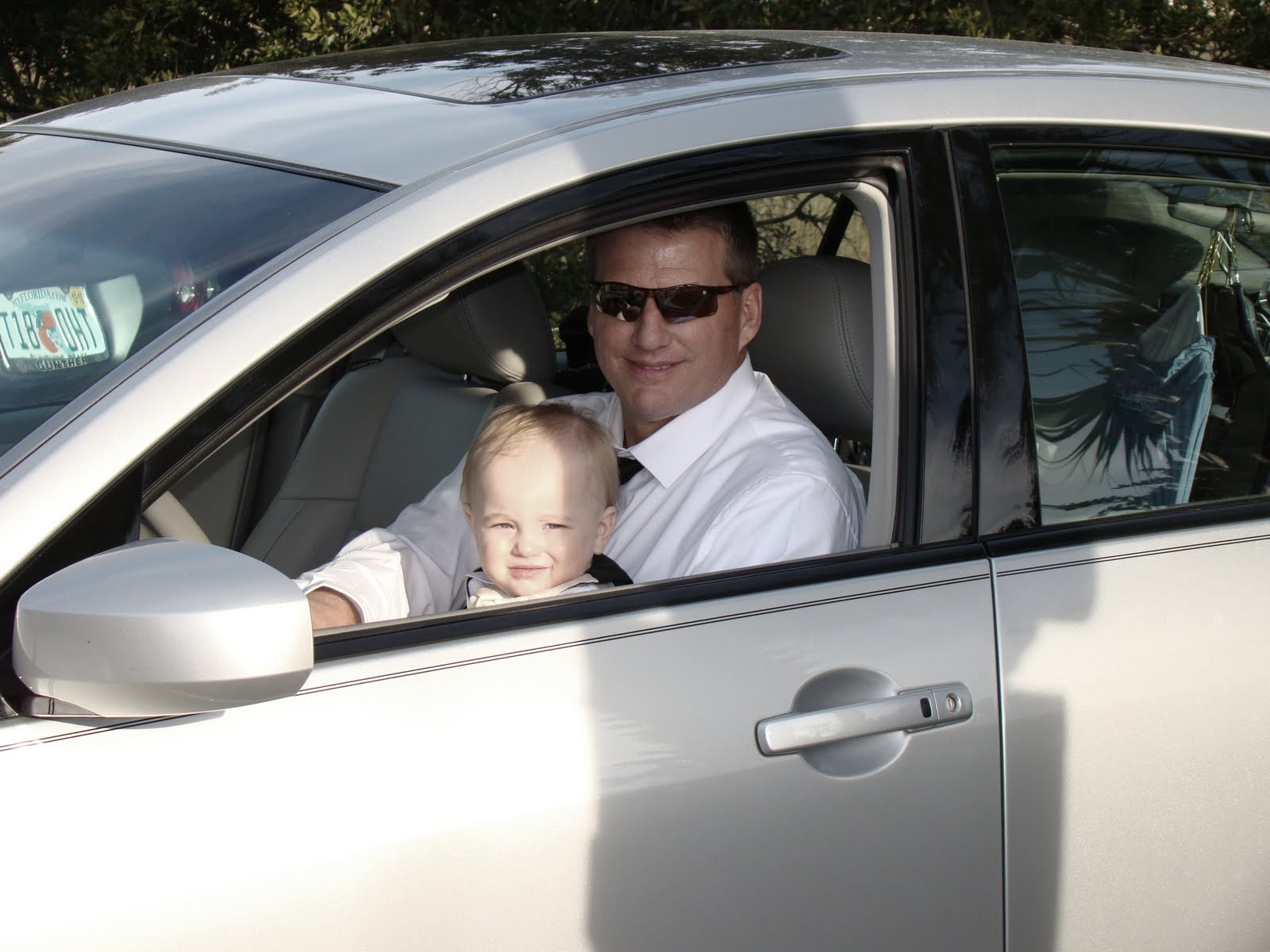 I LOVE this picture of all of us!!! 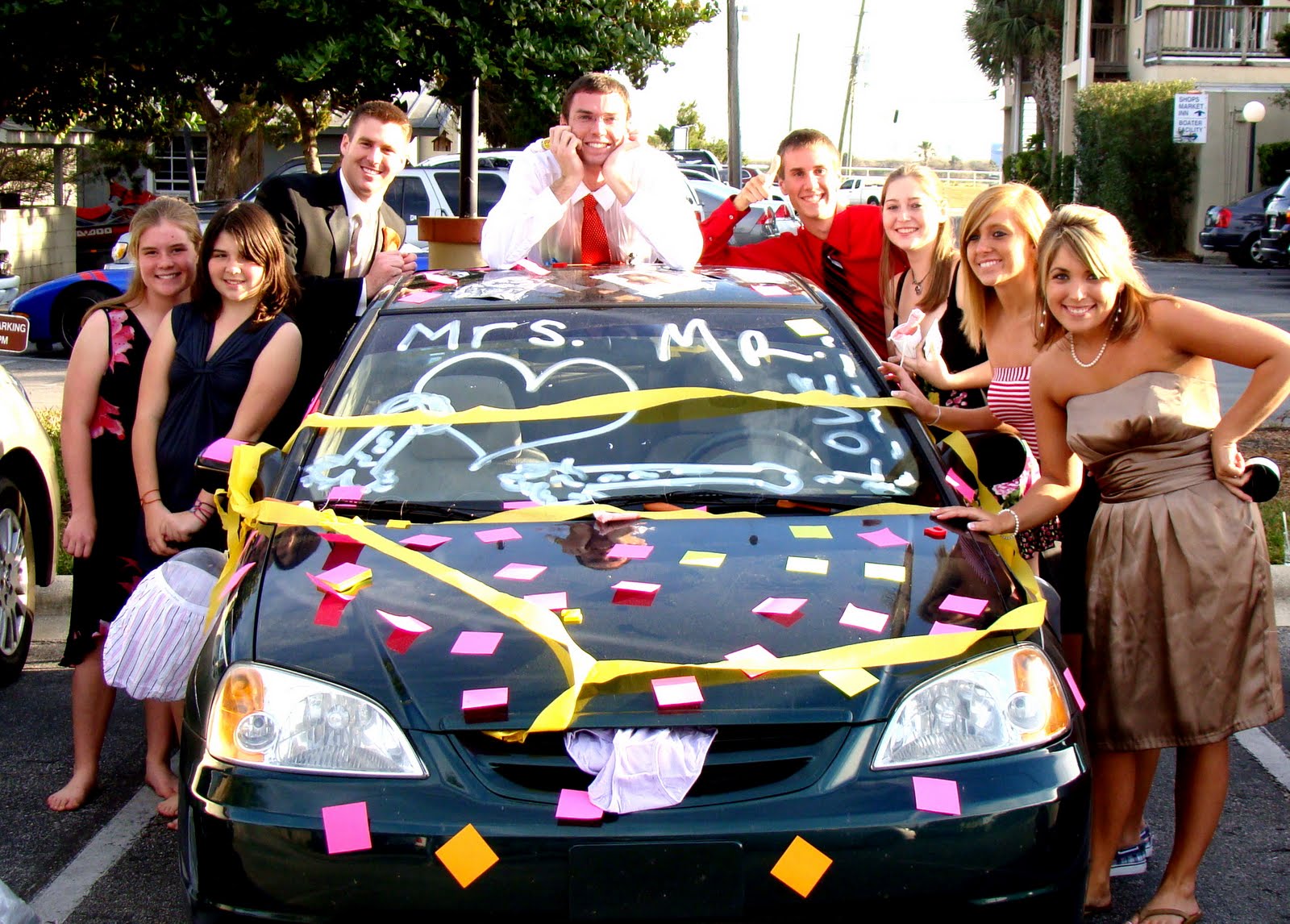 we added a TON more sticky notes before it was finished 😉 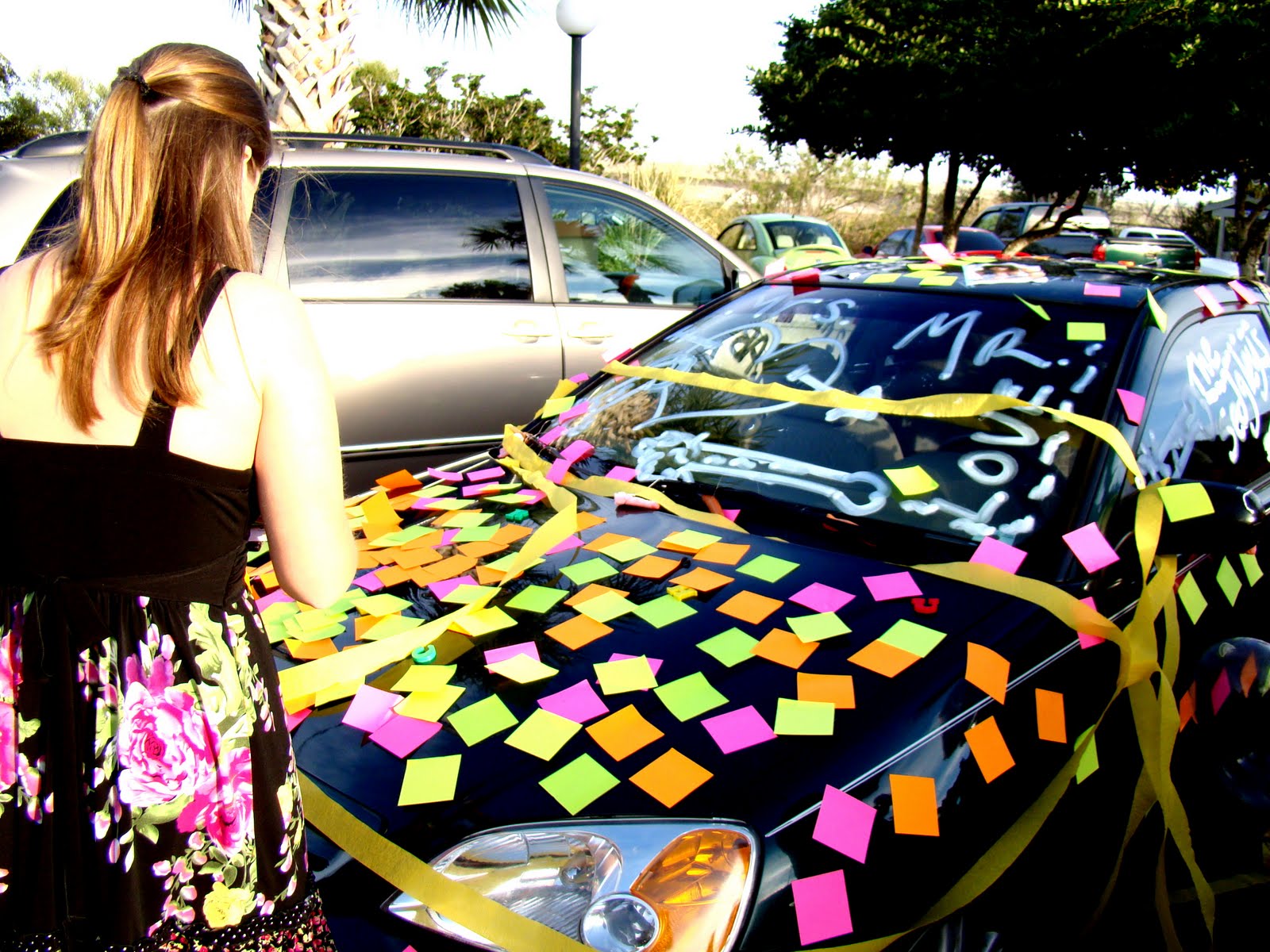 I know we were all excited to see their reactions but since the reception went so late and they were feeling pretty good by the end of it I don’t know if they noticed it or not? Their getaway car was my dad’s corvette and they drove it around the parking lot then went back into the Kingfish to eat dinner so I don’t think they even saw the Honda until the next morning. Mom did say that Brandon was laughing about it though which was good as we tried very hard not to do anything that would make them mad or damage the car in anyway! She said he was especially laughing about the hot dogs 😉

That’s the end of it! I feel like I’ve done nothing but work on getting this wedding stuff up!!! And yes, I took even MORE pictures than the ones on the blog. If you want you can view my facebook albums (you don’t have to be my “friend” to view them) here is the 1st one and the 2nd one. If you were at the wedding and want any of them you can simply right click on any picture (on the blog or facebook) and save it to your computer!

Once you are a bride ANY wedding you attend you can’t help but to think back to your special day. It makes going to weddings more fun b/c it gives you a chance to reminisce about being a bride and how fun it all was! I know some people have asked about seeing my wedding pictures on Facebook but have mentioned that since I have soooo many albums they are hard to find so here are a couple of them (this is back when FB only allowed 60 pics so there are a lot of albums!) But here are the ones Javon took and more that Javon took as his were obviously the best!!!

Can’t wait to do this all again in October with Danielle’s wedding!!!