There will be SEVERAL posts from the wedding weekend! I really wanted to take a TON of pictures for Brandon and Chrissy as I would have loved that for my own wedding 🙂 I’m really pumped about some good ones I got too!

Originally Zach, Kye and I planned to go down to St Augustine on Saturday morning but then Chrissy’s mom decided to host a cocktail party at their rental house Friday night and Brandon and Chrissy said they wanted the wedding party to attend. So we left Friday afternoon instead!

Our hotel was AWESOME! We split the room with Mom (and THANK YOU MOM!) and we loved it so much we’re hoping we can afford to go back for the 4th of July on our little family trip! It’s the Inn at Camachee Harbor. We had a bedroom AND a living room with a mini-kitchen too! Here we are enjoying our home for the weekend. 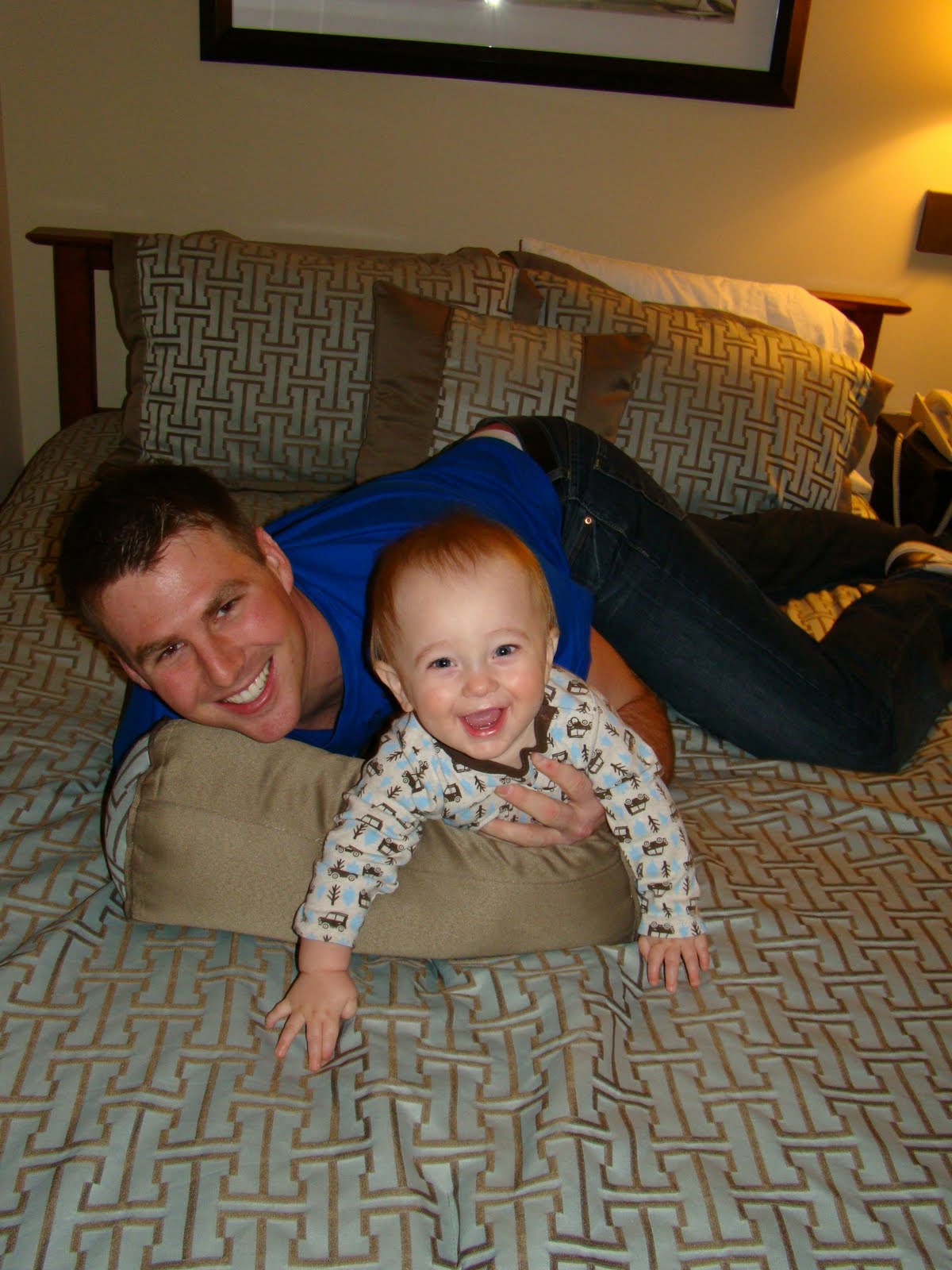 It’s located RIGHT on the water and had these awesome trees out front so, duh, I totally thought “photo taking opportunity!” (Kye ALWAYS looks the cutest in pics with Zach…have you noticed that?!?) 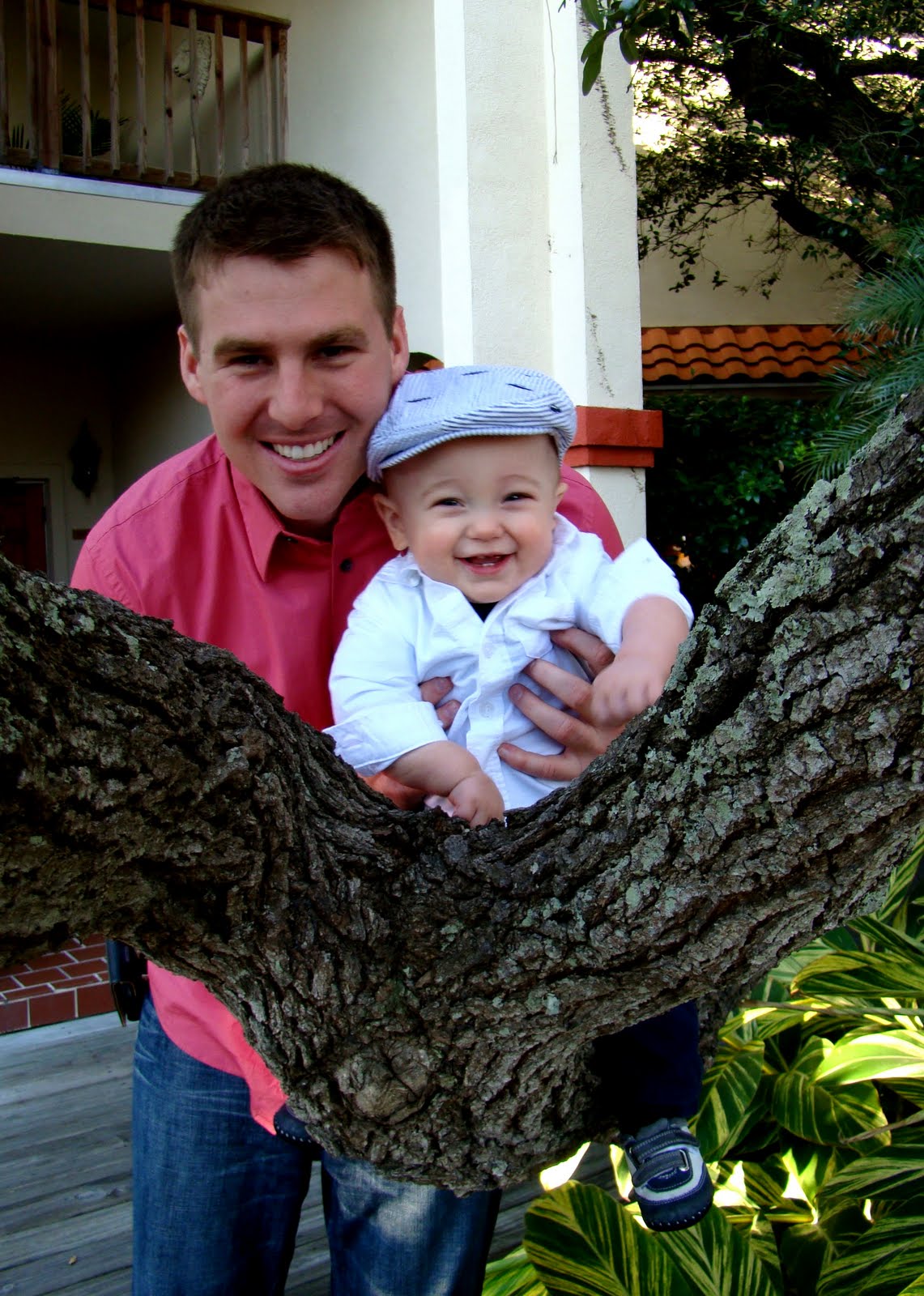 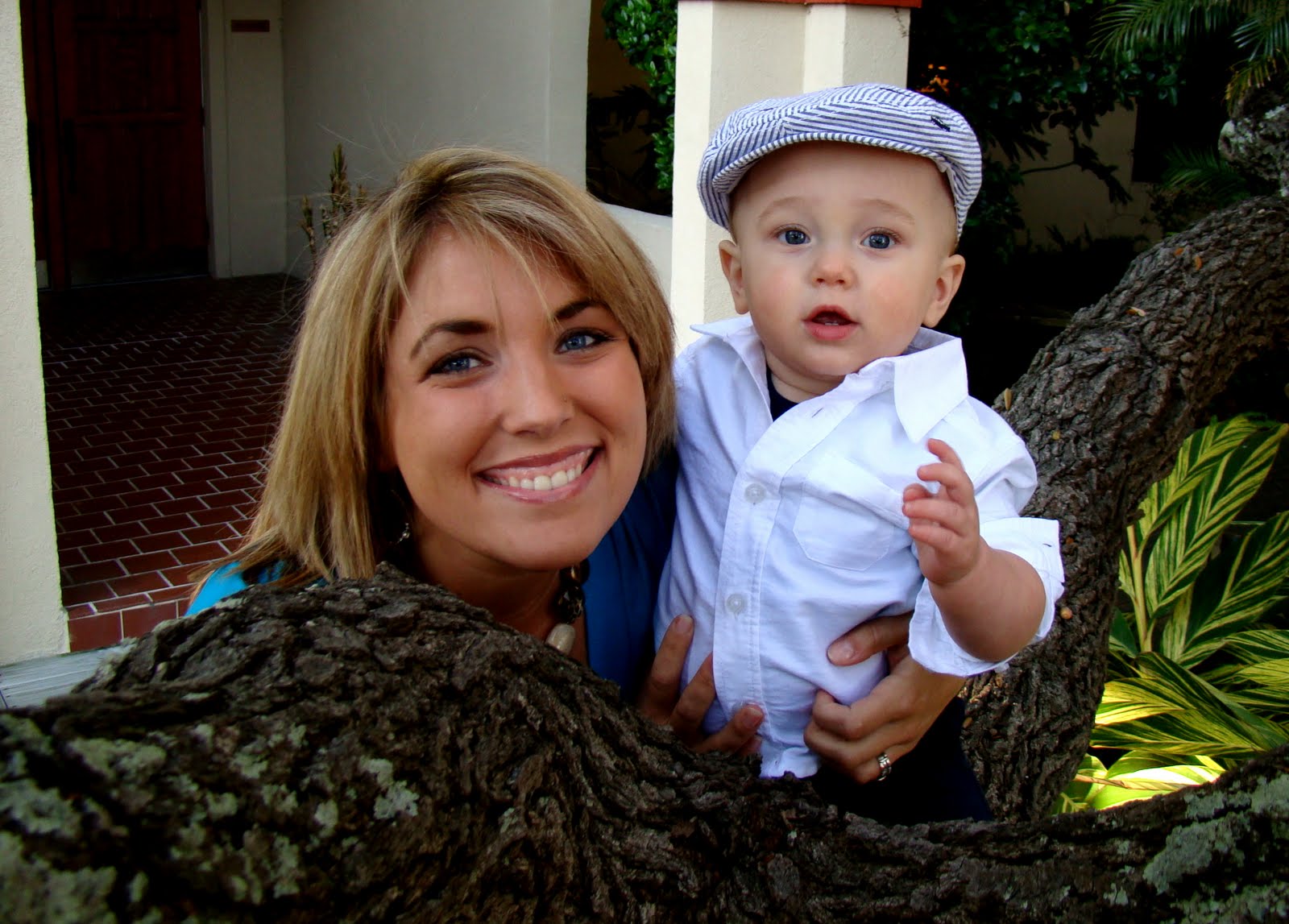 Gramma was PUMPED to spend the weekend with her grandson! We got there a little after 5:00 and had a nice time visiting with everyone. I broke my own standards and bought those pre-made Gerber meals for the weekend. I felt SO guilty feeding one to Kye for dinner but luckily they had some food too so I gave him a mix of it all! Kye only could stay for a little while but it was great for all our family to get to visit with him. It was also so sweet how many people brought him a birthday present! Even Cassandra, the maid of honor, got him something and she really didn’t have to! It meant so much to me that everyone remembered Kye’s special day! We haven’t ALL been together since Nana’s funeral and it was nice to have something positive to focus on and not be gathered together in grieving.

Auntie Amy wanted to give him his Sippy! 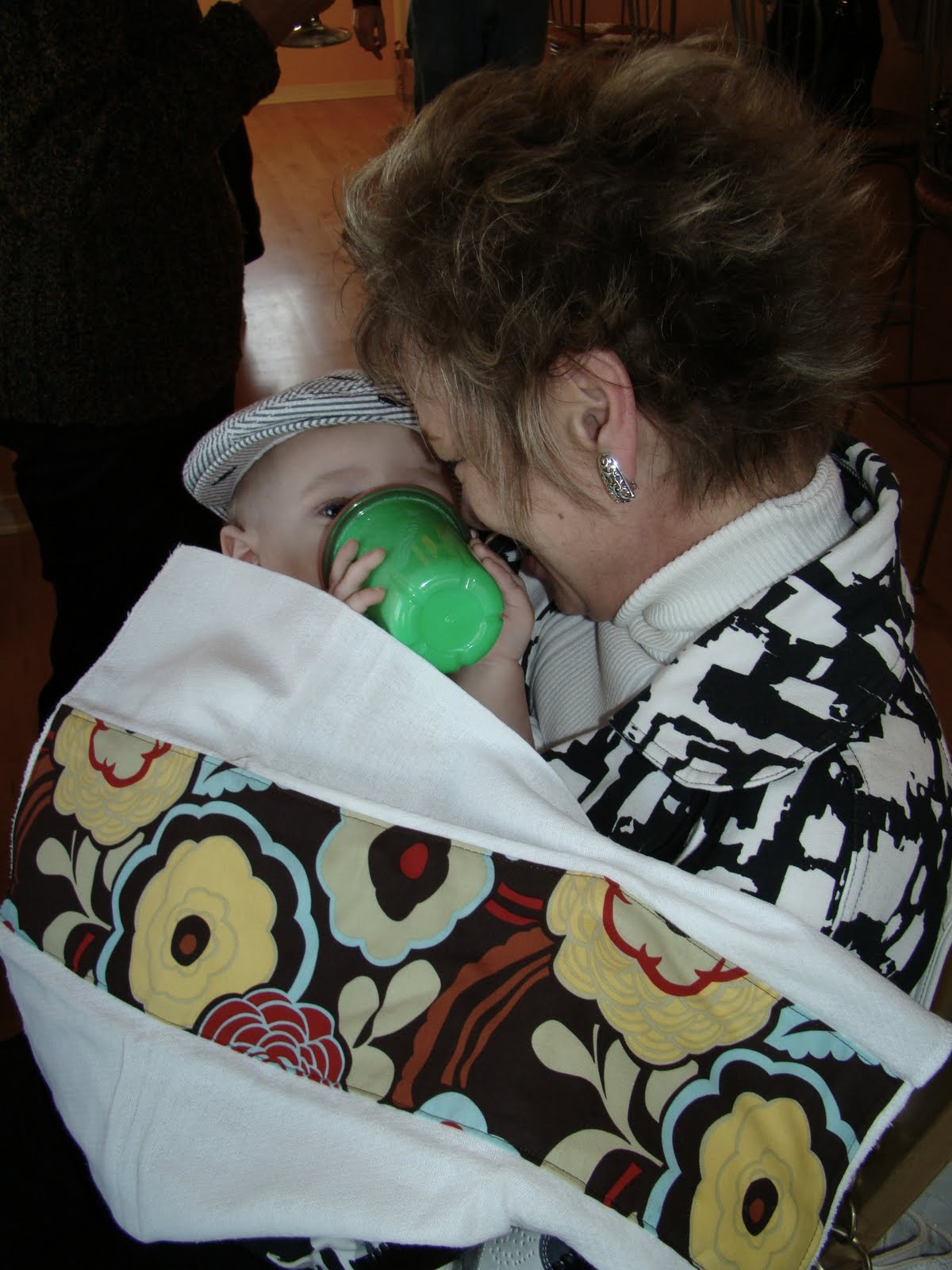 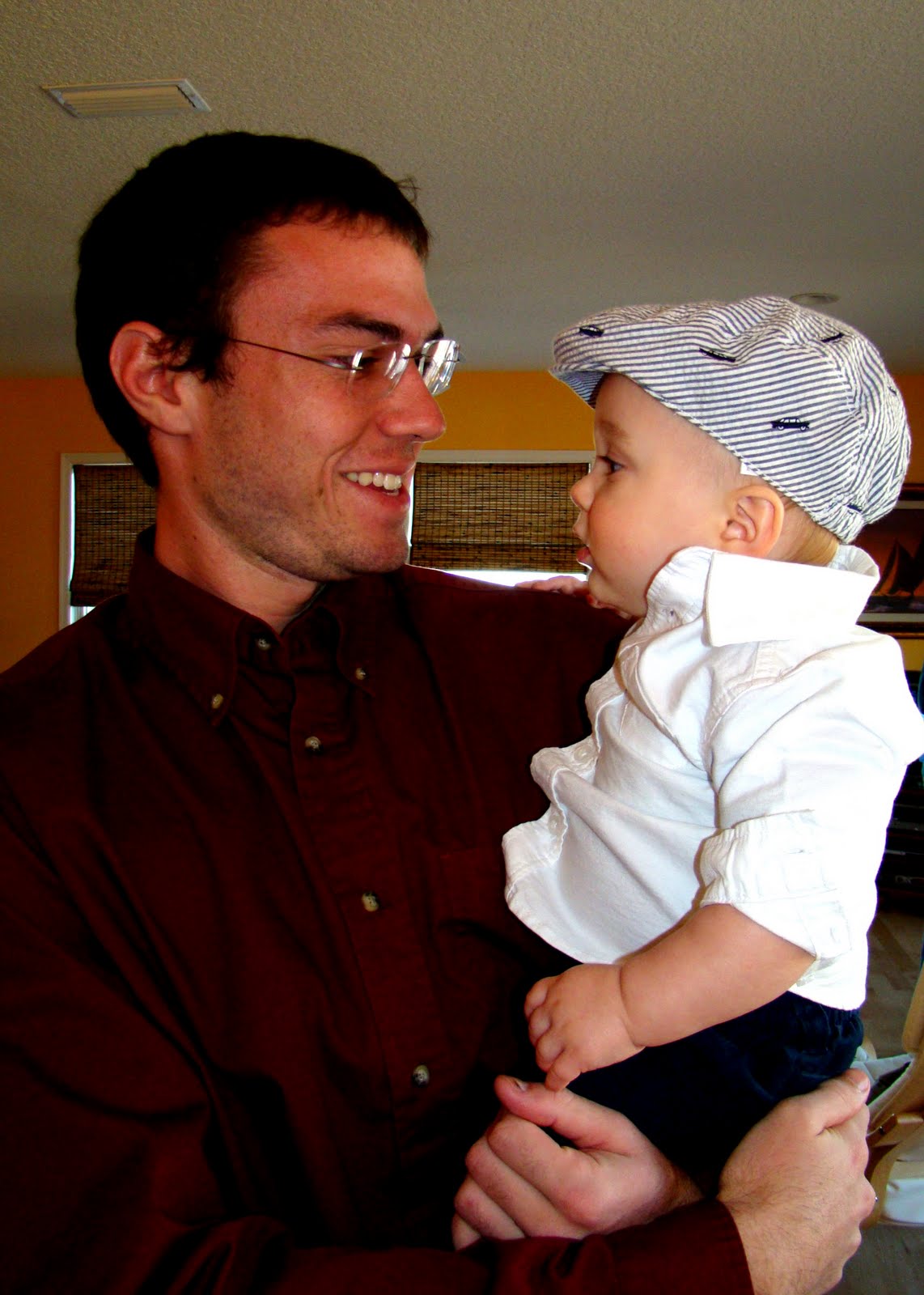 The house they rented had a HUGE set of stairs and it was hilarious b/c my fam ended up gathered at the stairs watching Kye climb up them over and over and over. Even people gathered around the balcony to watch! haha Here’s a video of his awesome stair climbing skills! Gotta love the free entertainment babies bring to a party 😉 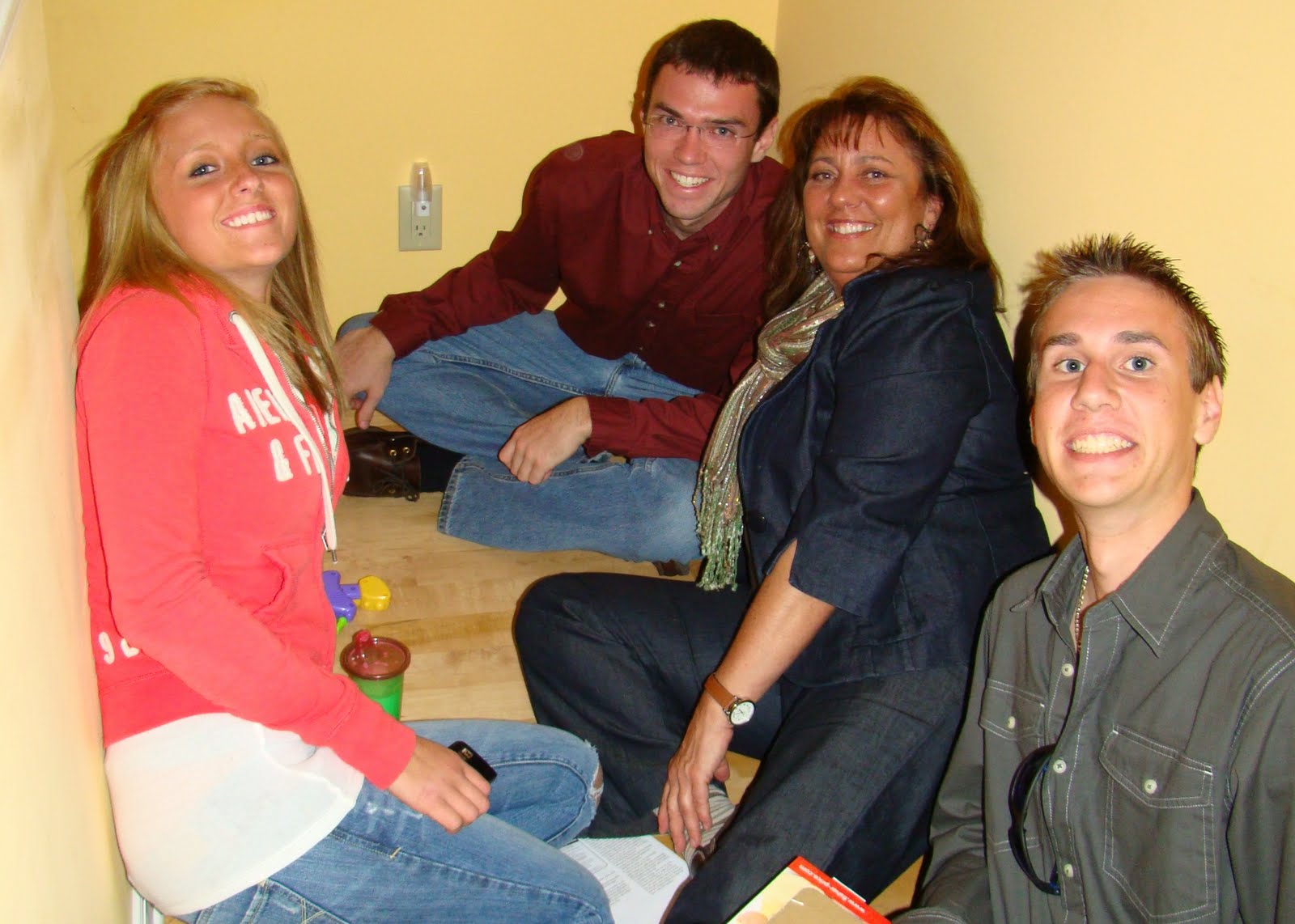 Zach left pretty early on to get Kye in the bed but I stayed with Mom for a couple hours just talking and enjoying everyone. I’m so glad we went as the rest of the weekend was so rush rush rush with wedding stuff that we didn’t really get to spend quality time with everyone and this was our chance to do so!

Dad was even there which was so great too! 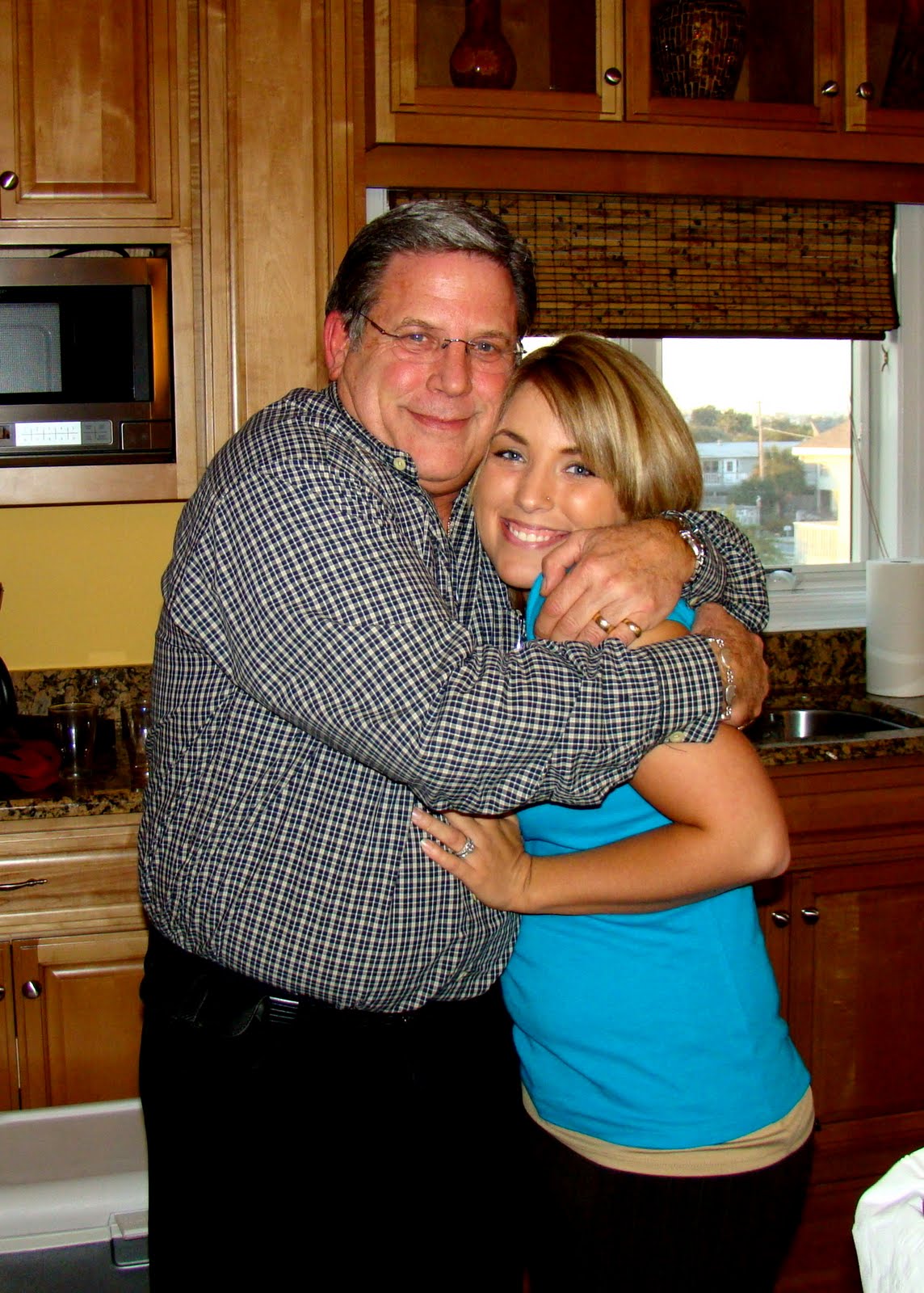 The bride with her family friend Lynn, her mom, and Audrey 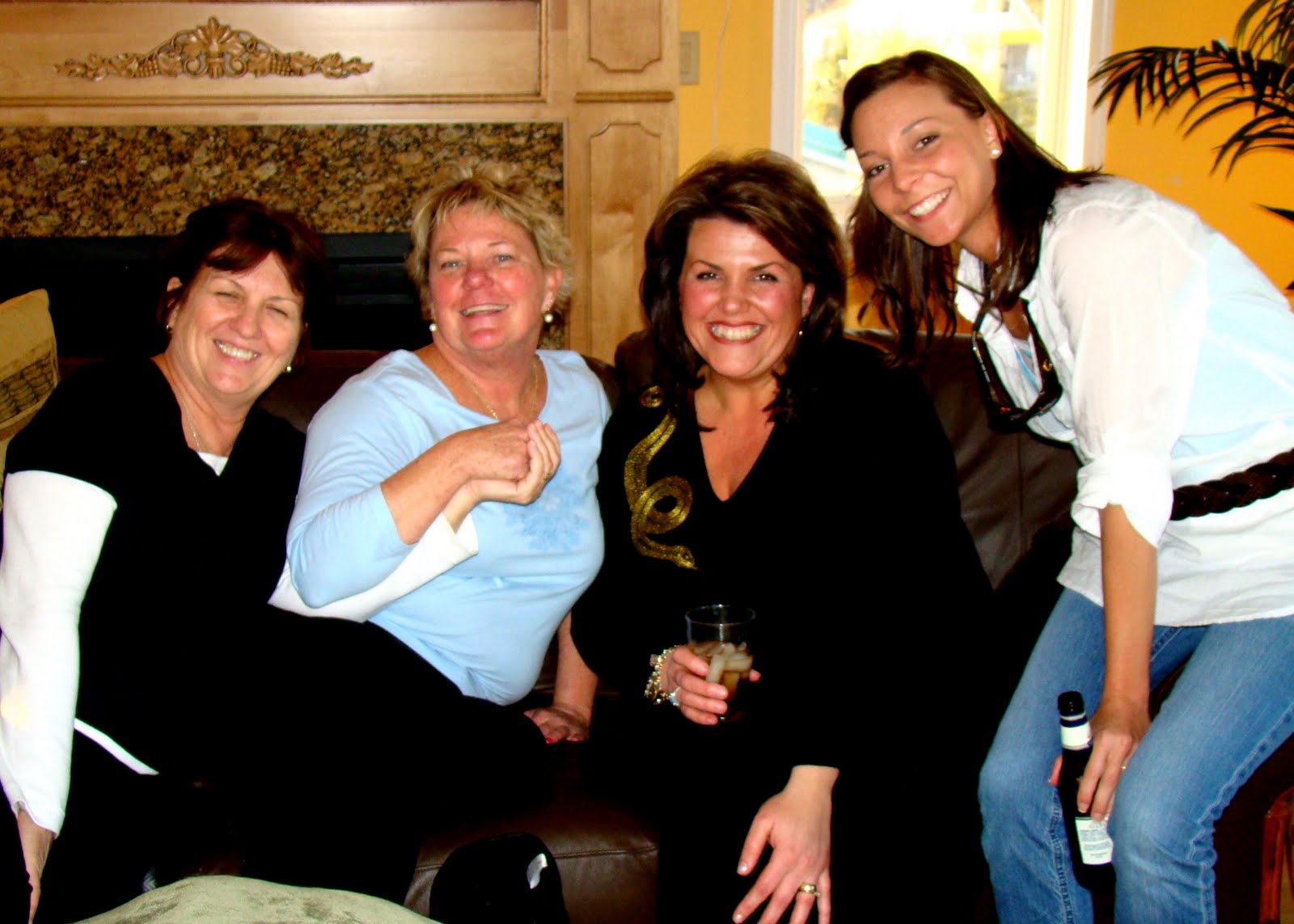 Cousins! With Ben, Josh, and Ashley 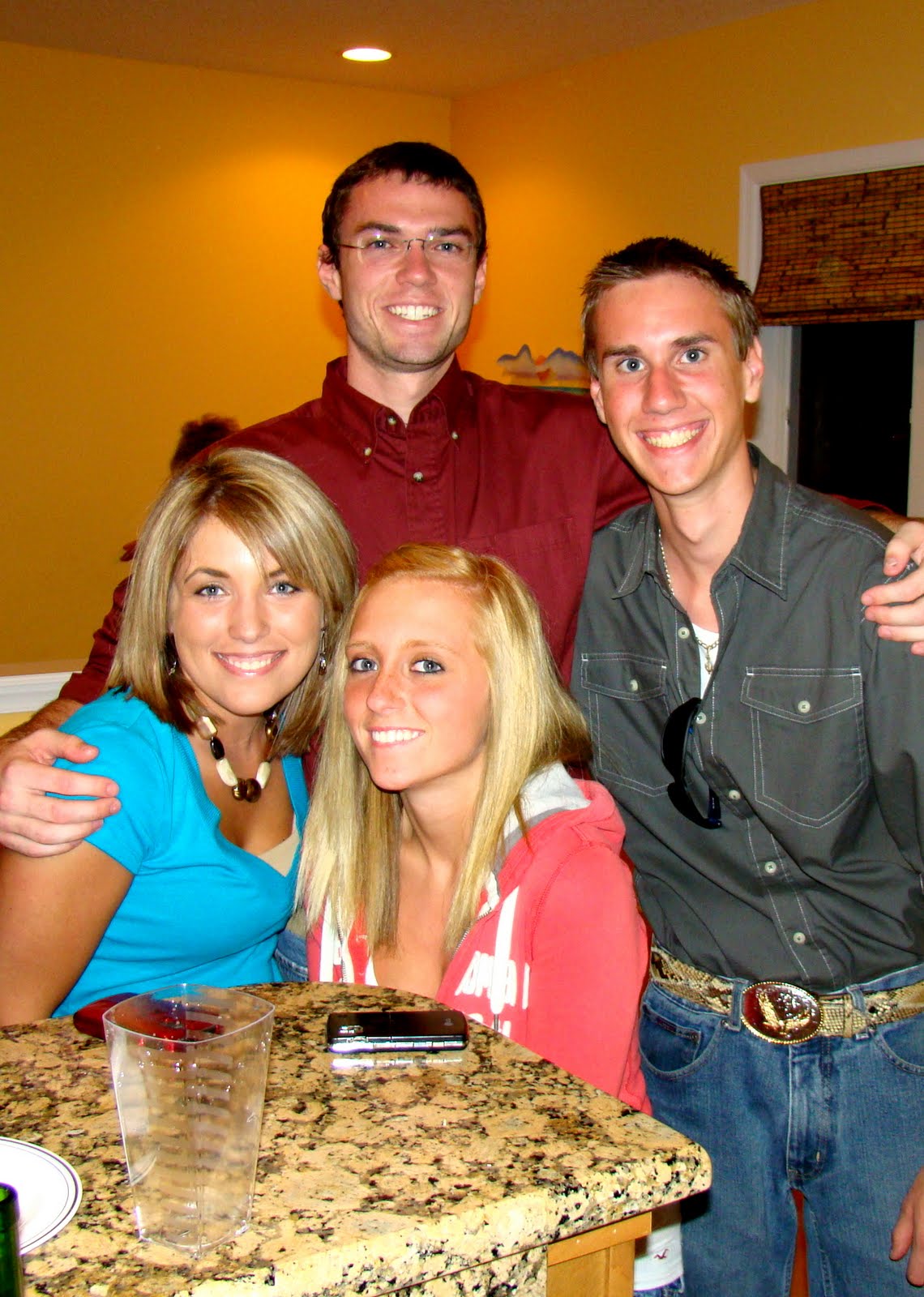 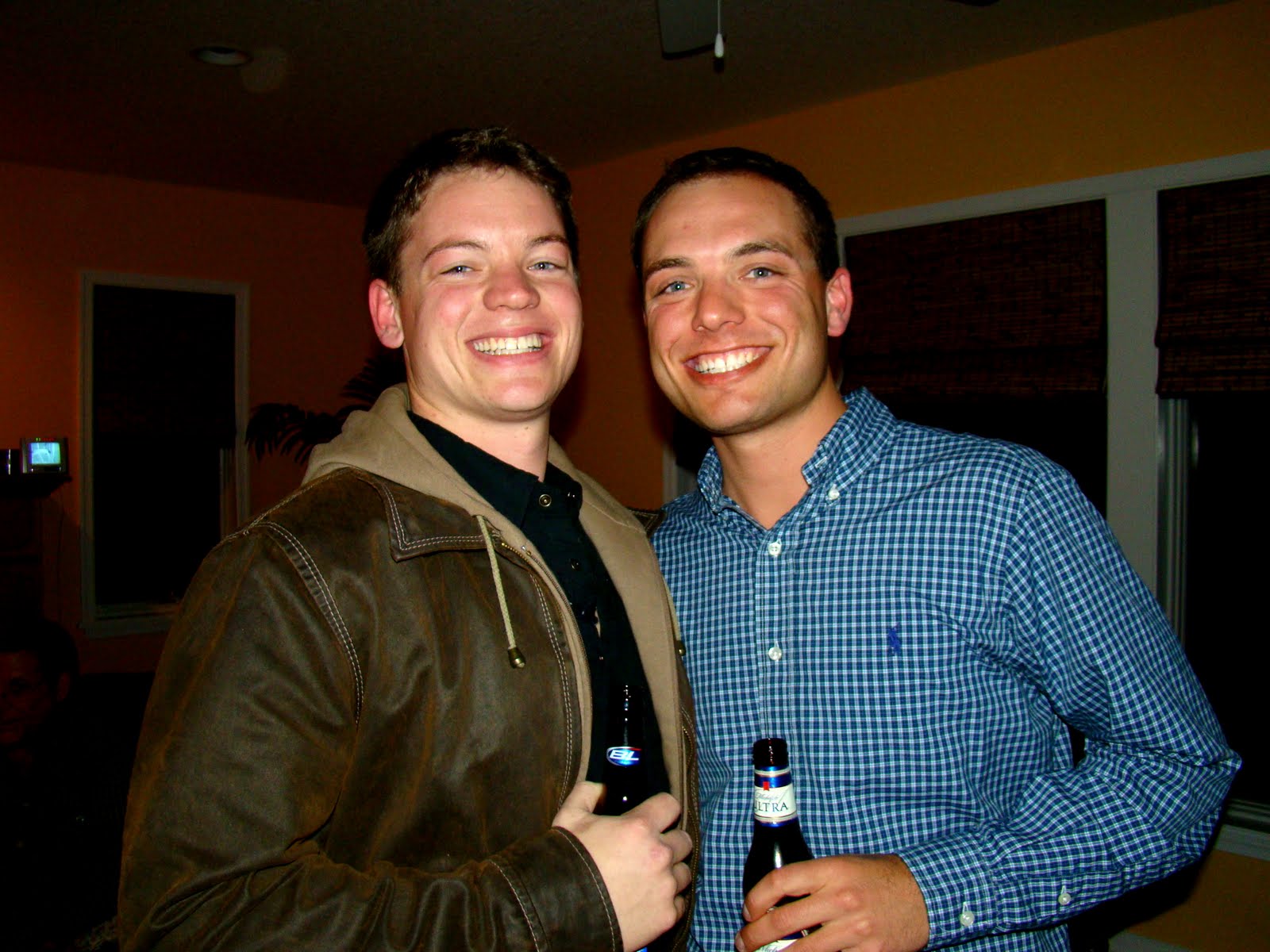 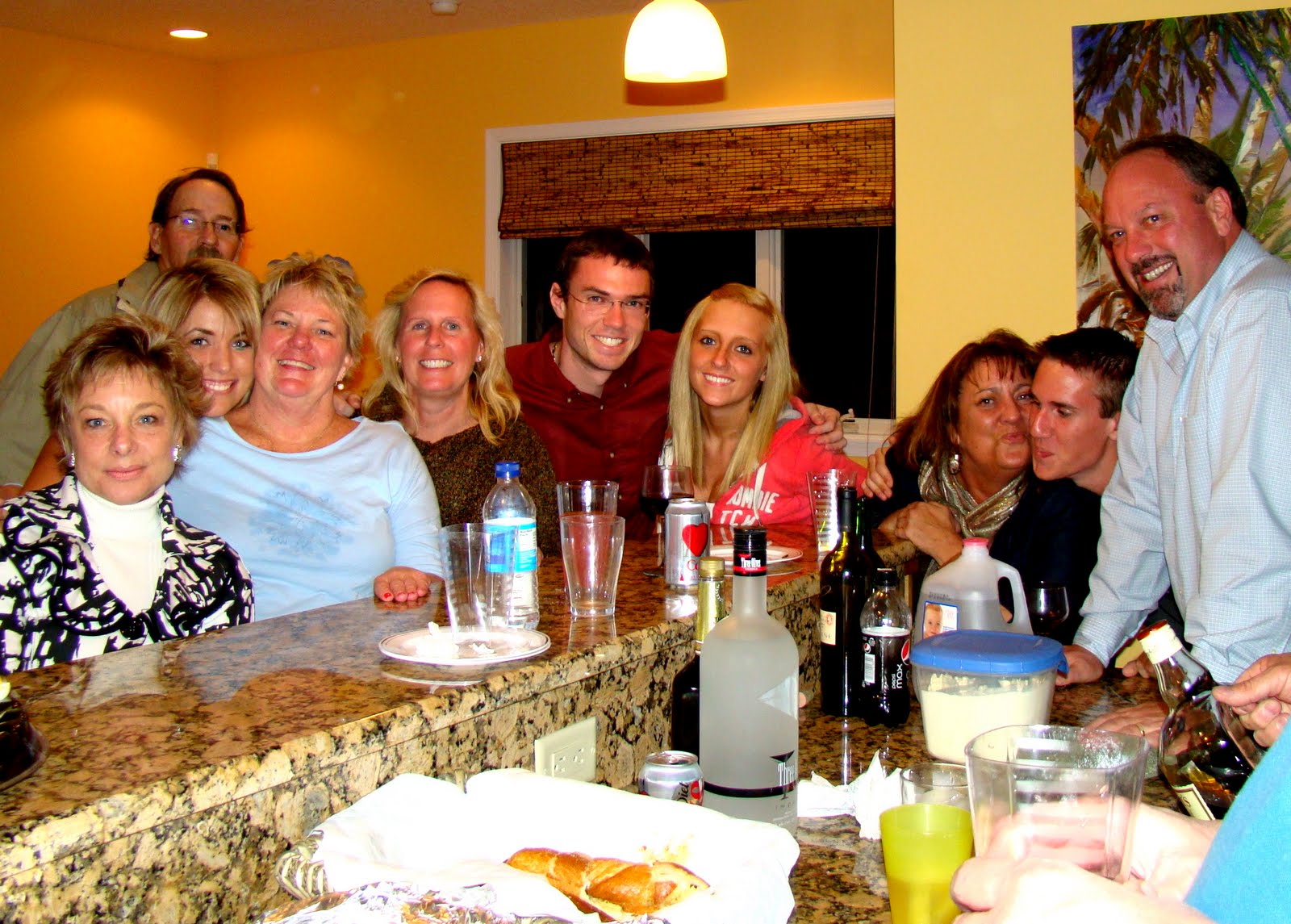