Again, SO thankful I had Susi use my camera! I got to see stuff I missed since I was back in the back waiting to come out! About a week or so before the wedding Chrissy wrote me an email and told me that they’d like for Kye to have a little part in the wedding and walk down the aisle with Mom! I was all for it (and so glad I already had bought him the suit). It was also neat how Brandon walked Mom down the aisle. He also walked Audrey down too! Most weddings the groom is just standing up at the front but I thought that was a nice way to honor the special women in his life. 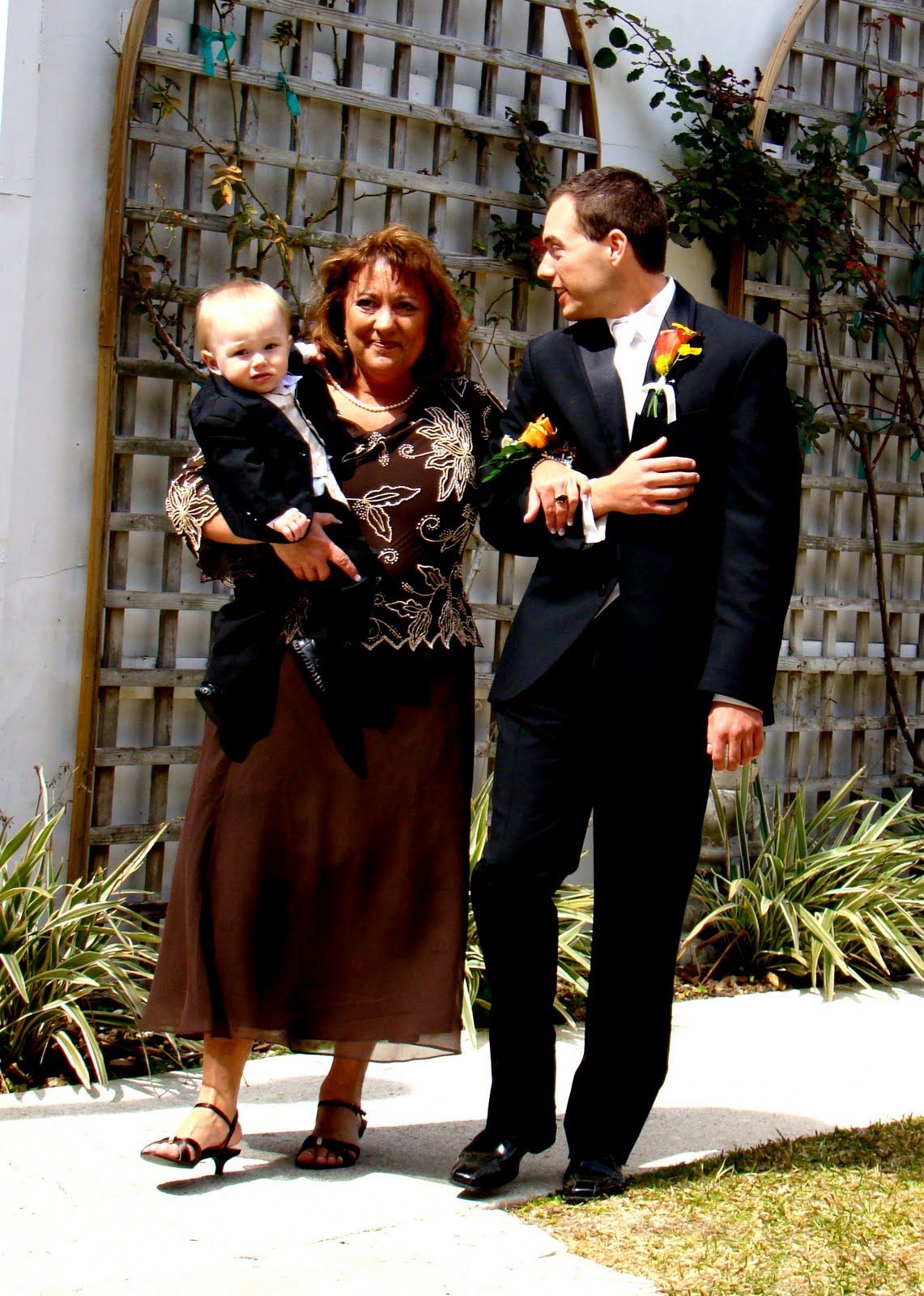 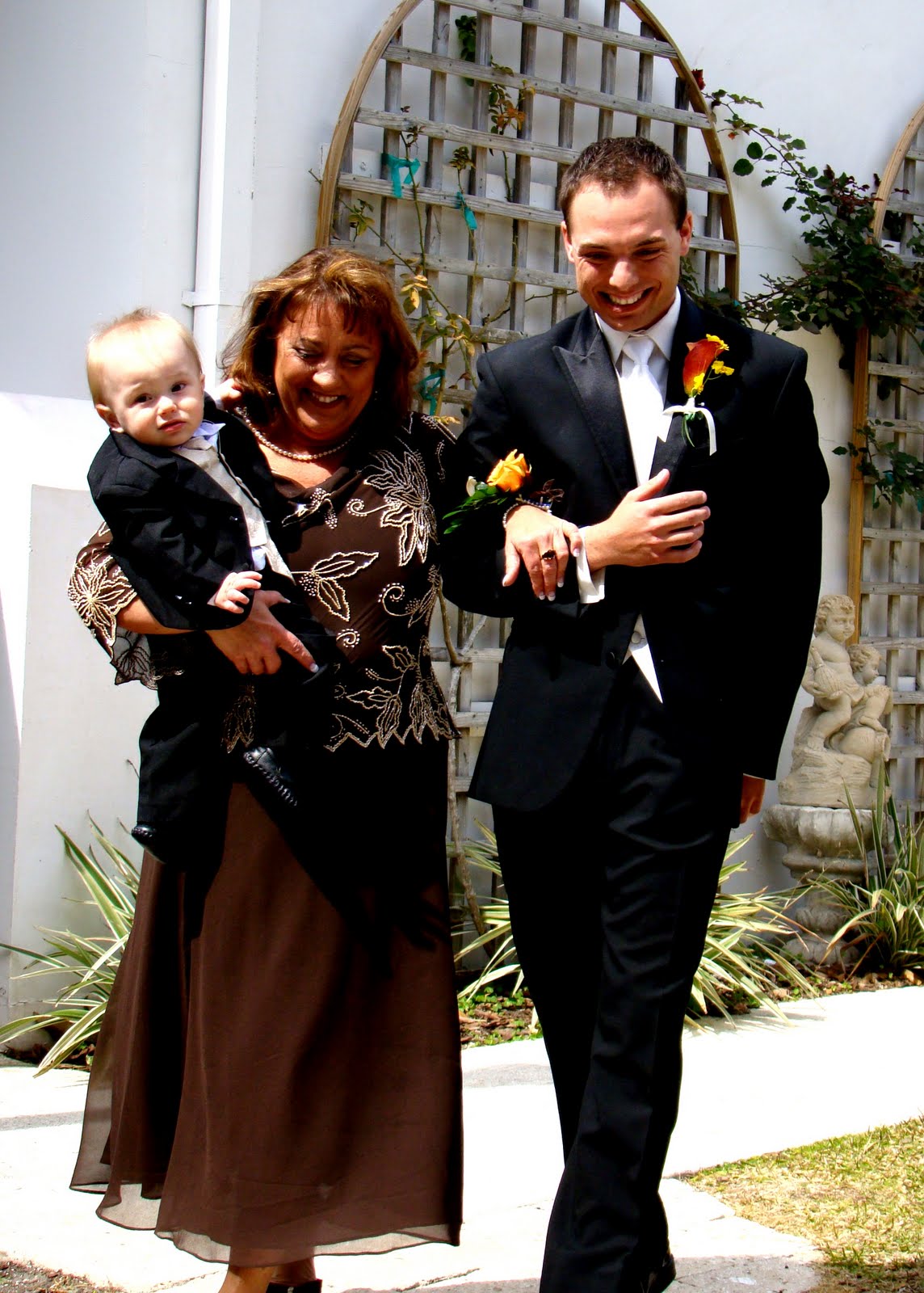 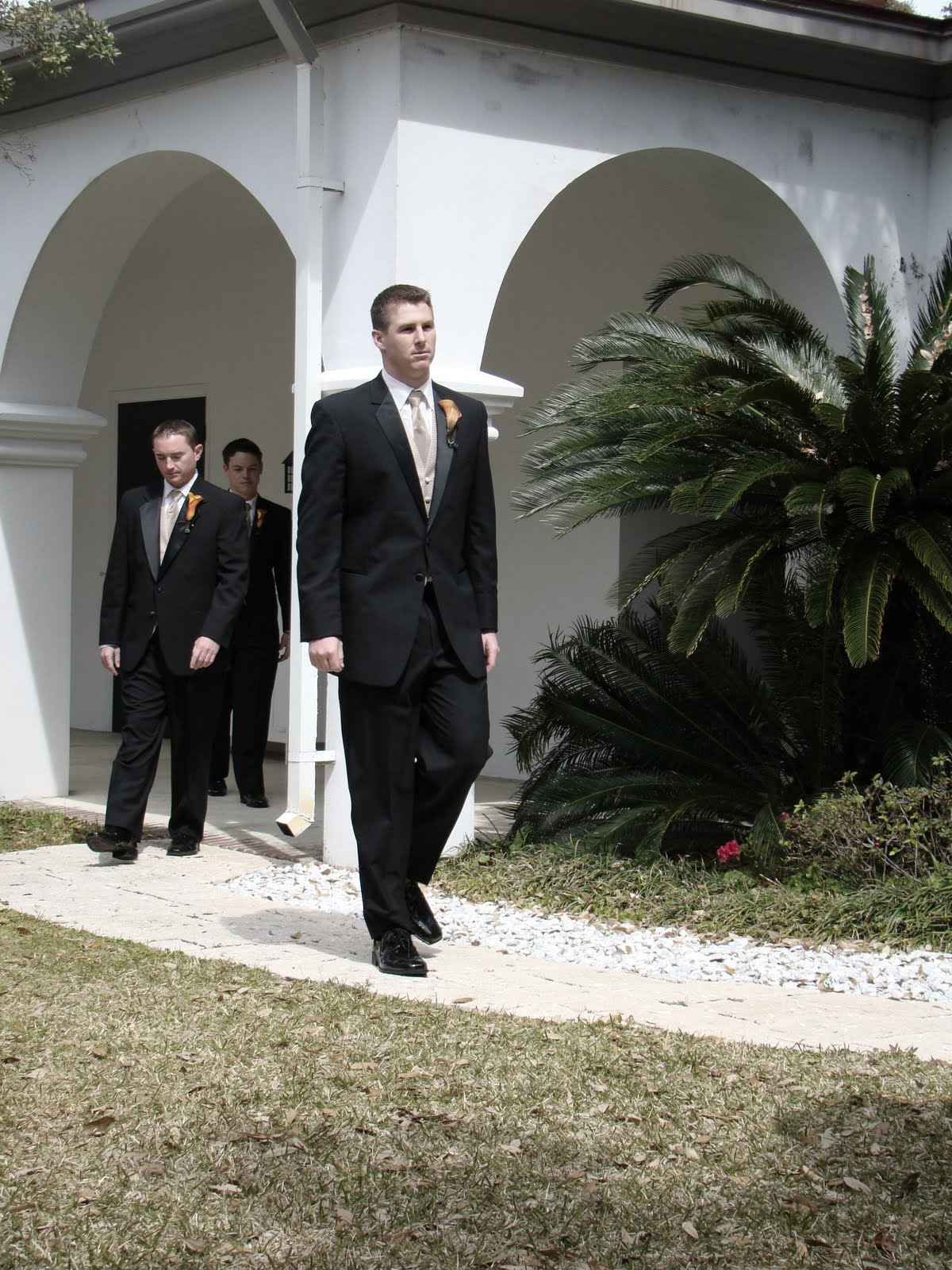 Another special touch: Dad and Brandon walked down the aisle together too! 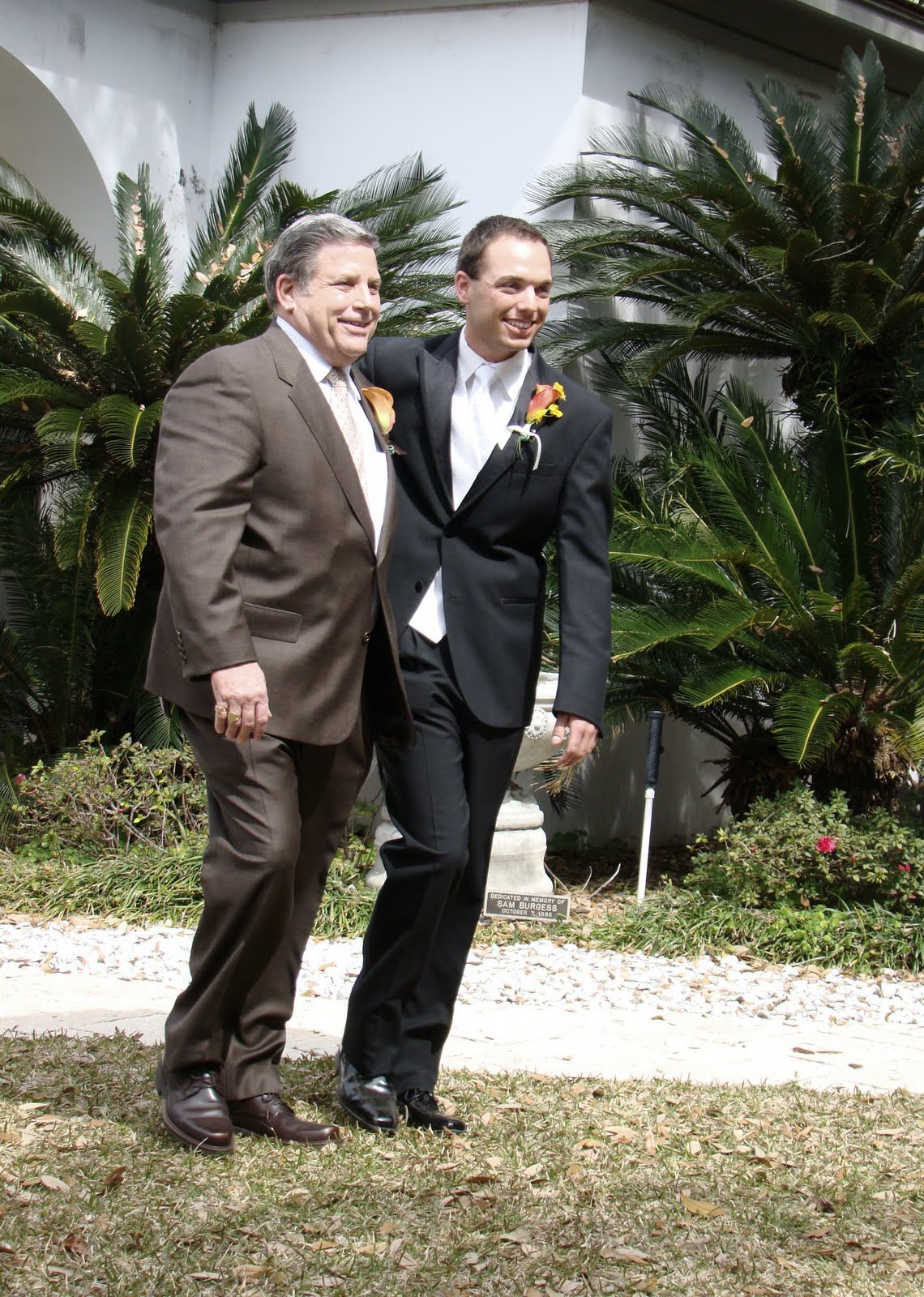 all the pretty bridesmaids 😉 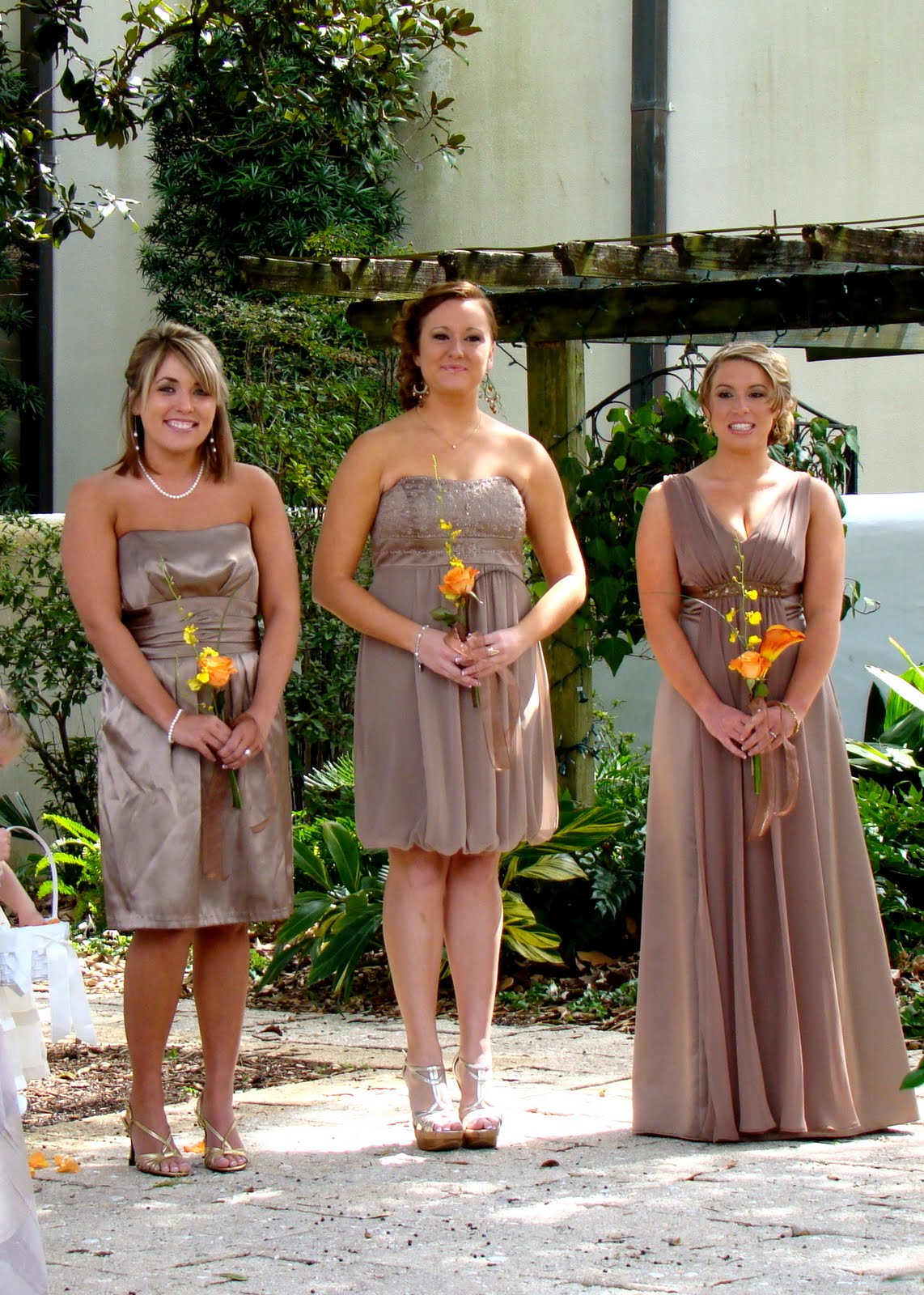 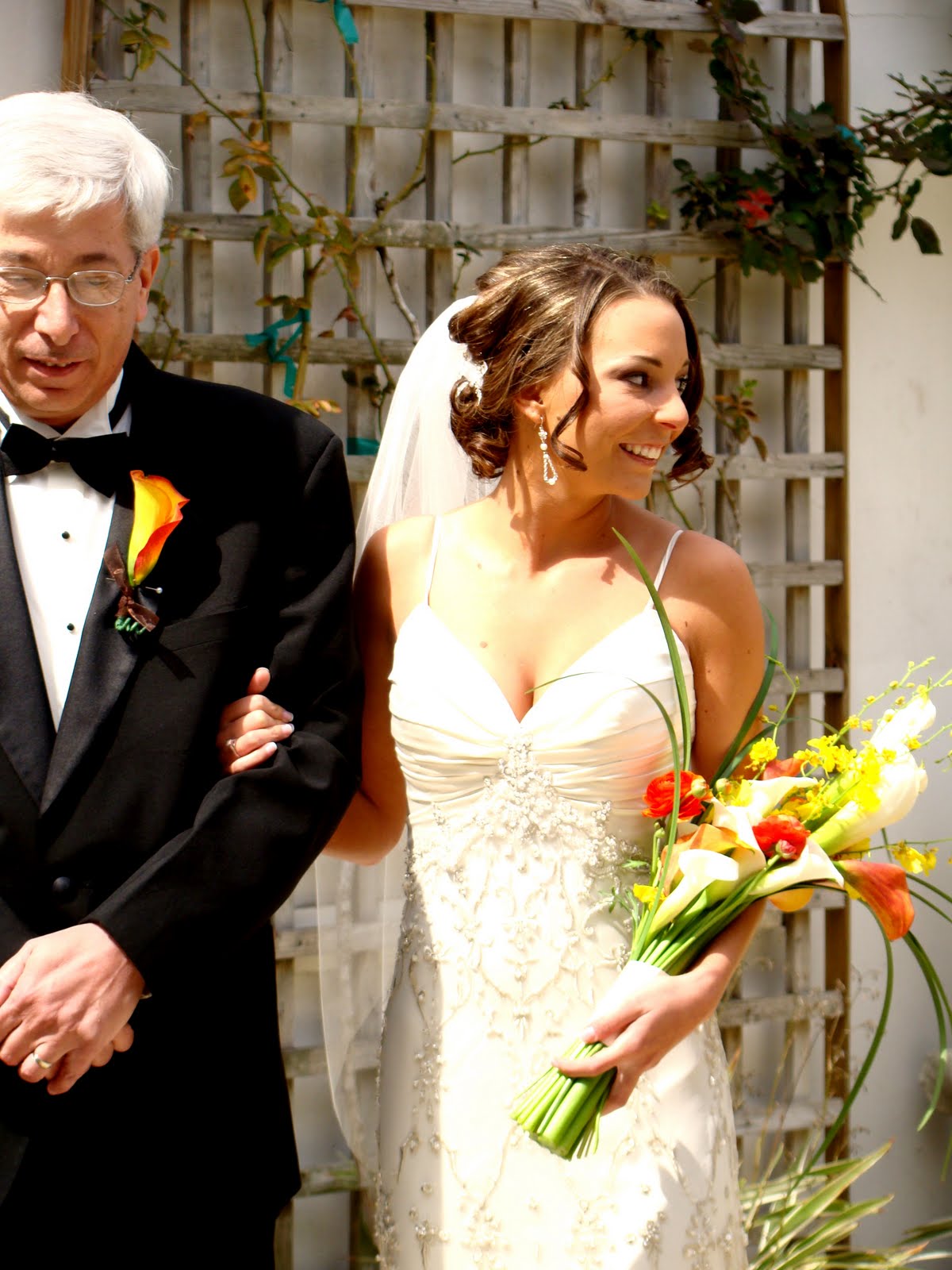 I know I’ve mentioned this before but the men on my mom’s side of the family are pretty emotional. Uncle Chip and Uncle Jeff cried when they first saw each other at the cocktail party! And when we say what we are thankful for at Thanksgiving? The guys can barely even make it through b/c they are sobbing! It’s so precious!!! Brandon must have gotten the Bublitz-crying gene because he was very emotional during the ceremony. He pretty much cried the whole time! Chrissy cried some too, especially during the vows. 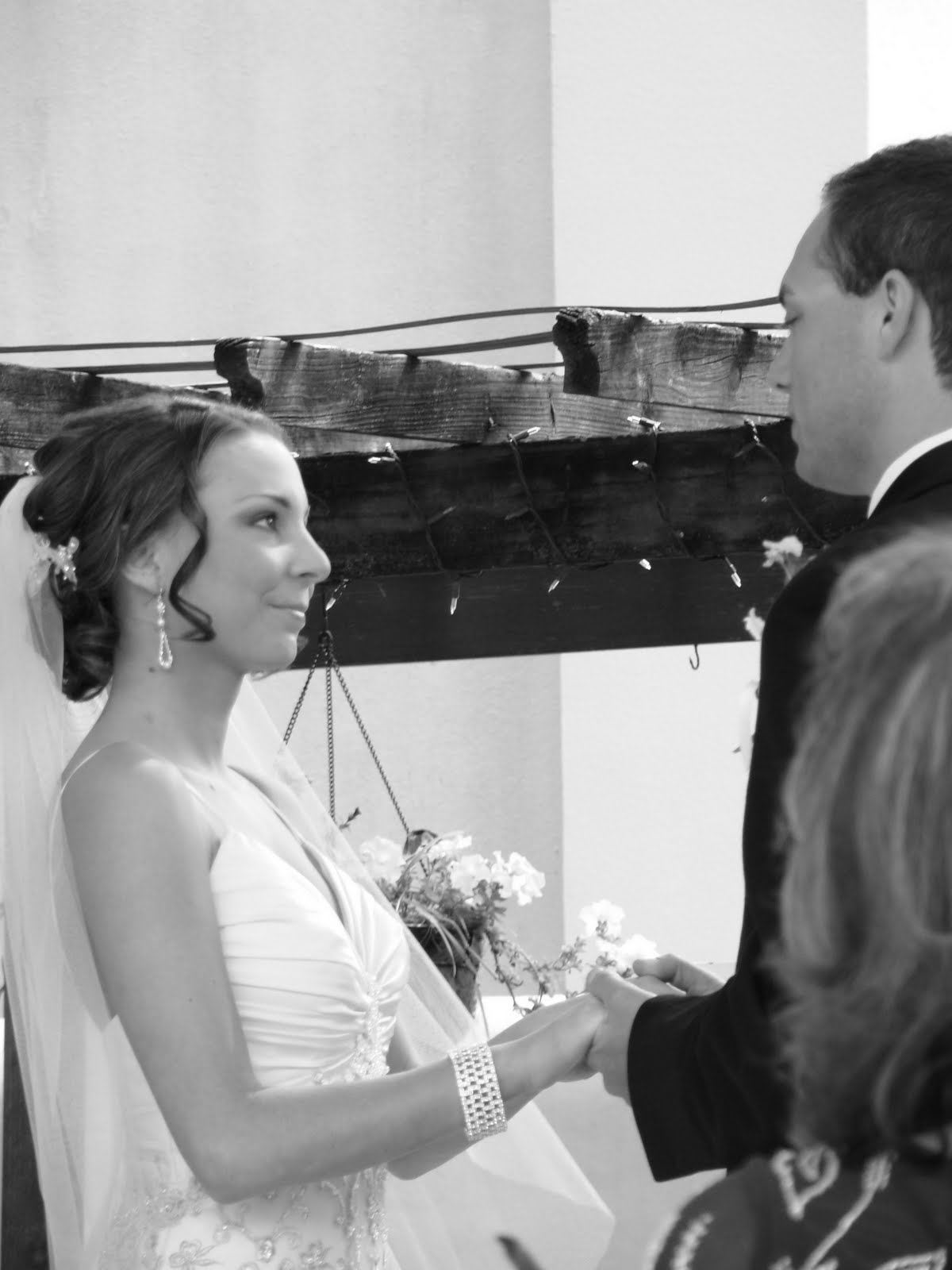 One thing as a first-time-bridesmaid is that I wanted to make sure there were things to make their day special and that all of us in the wedding party did such things to add to their day! On the way down Zach and I were talking about such things (like how we needed to make sure to decorate the getaway car!) and we started talking about how Jason needed to do something funny with the rings. Doesn’t everyone love when the best man pulls a little “ring prank”? It always seems to make everyone laugh! We came up with the idea for Jason to act like he forgot the rings (Jason is pretty goofy so that’s kinda believable for him!) then “remember” that he had them…in his shoe! He LOVED the idea and it was a cute little thing that would add something funny to the ceremony without taking away anything from Brandon and Chrissy’s moment to shine. It ended up being PERFECT because Brandon was SO emotional. And everyone from our fam got emotional when Mr. Rusty talked about Nana and how Brandon and Chrissy reserved a seat for her during the ceremony since she isn’t with us anymore. With all the emotions going on the “shoe” thing really helped all that melt away and for everyone to lighten up a bit! It really was perfect timing and Jason ROCKED it!!!! And no worries, the rings were in a little baggie so they weren’t contaminated by his sweaty feet 🙂 I wish we could have had a picture of that but I’m sure Javon captured one! I think this one is all of us laughing when he did it! 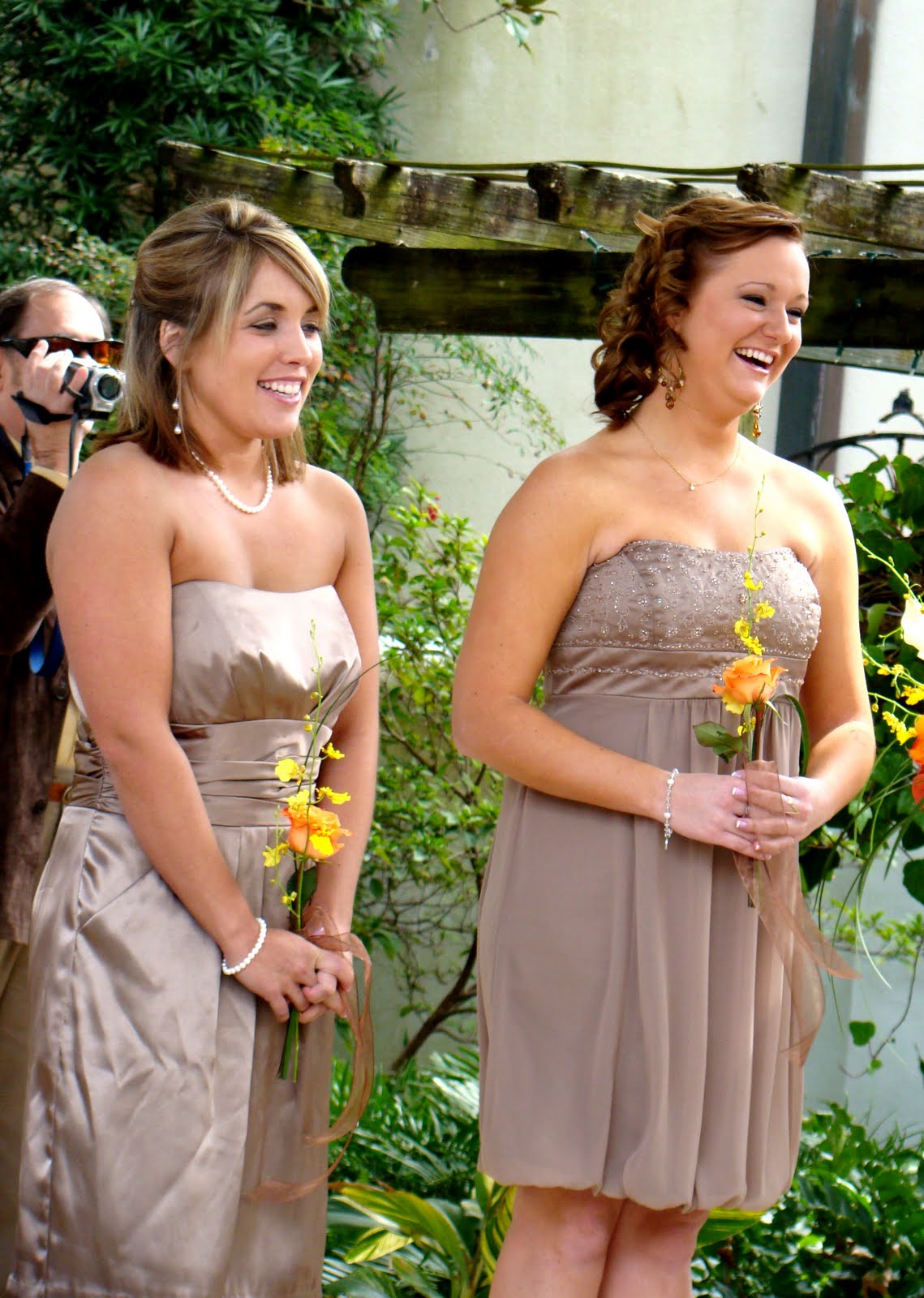 “you may kiss the bride!” 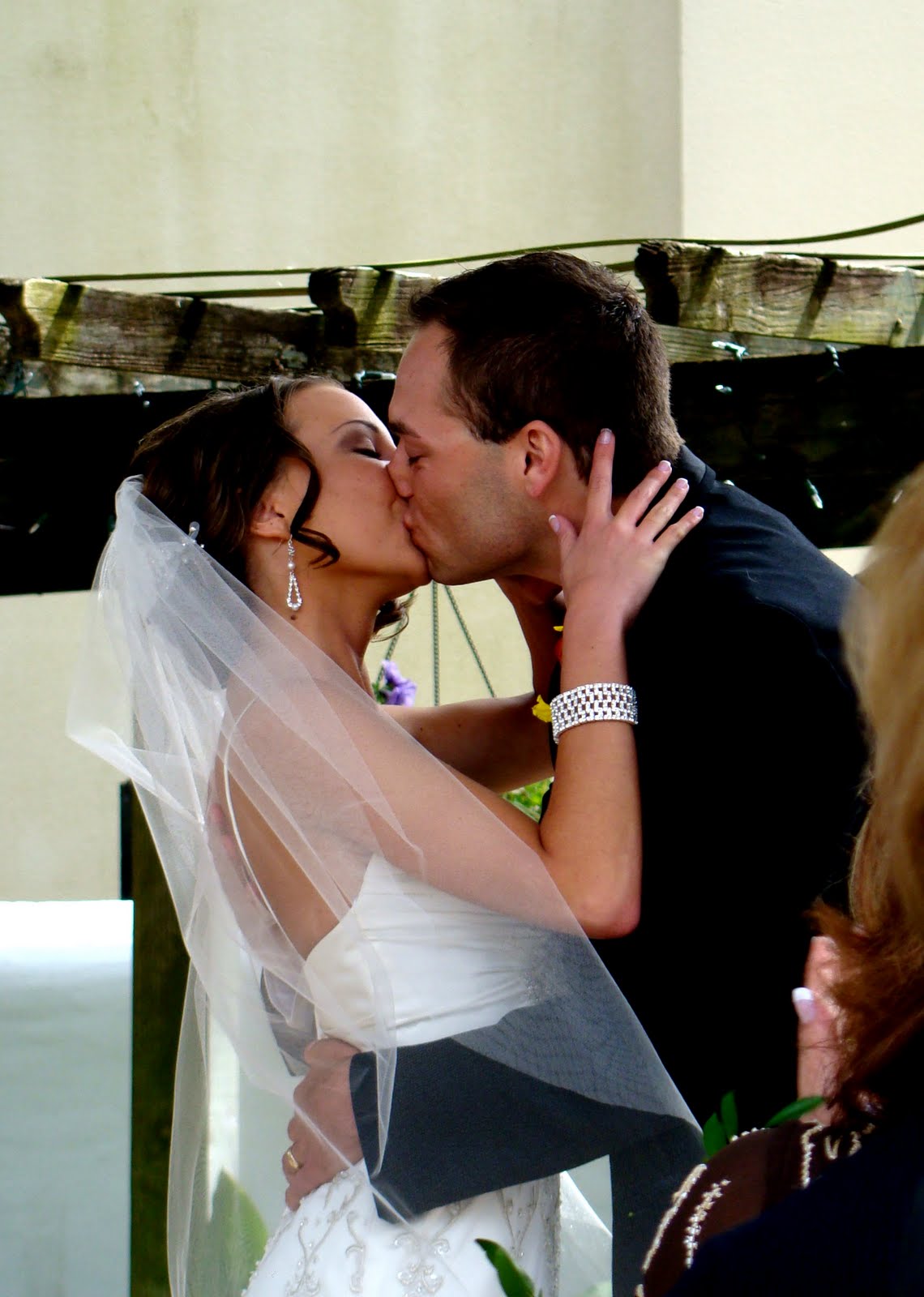 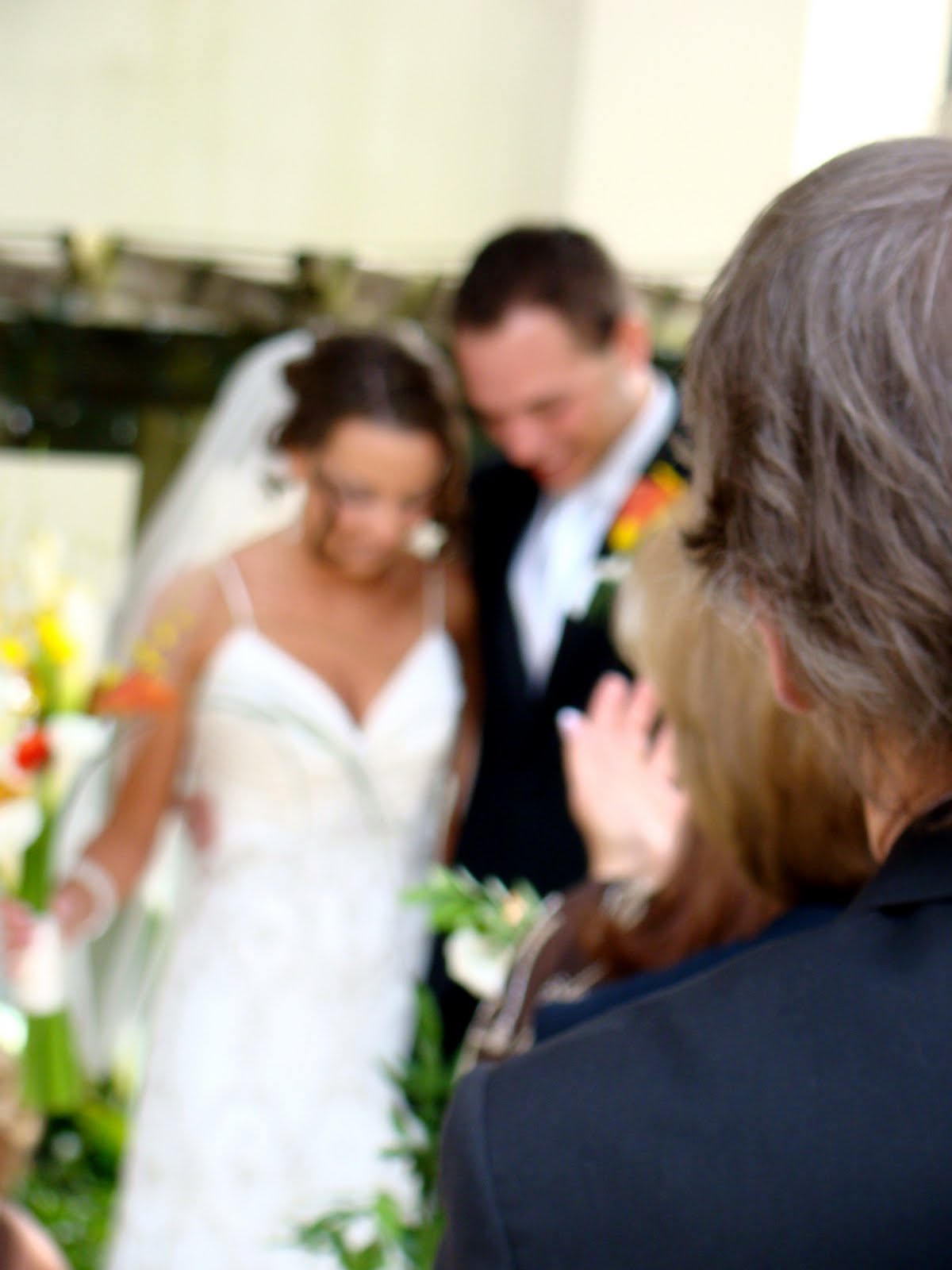 The ceremony was only about 20 min long (doesn’t everyone love a short ceremony? it keeps you focused on the ceremony and you don’t get bored that way!). It was so nice of them to ask Zach to say a prayer before the start of the ceremony and so neat for Mr. Rusty to marry them! Ben did his reading and two family friends of Chrissy’s did readings as well. The whole thing went very smoothly and Zach said TONS of passer-bys stopped and watch from St. George Street! So cool!!! Afterward we all gathered at the end of the aisle and hugged and congratulated the new couple! 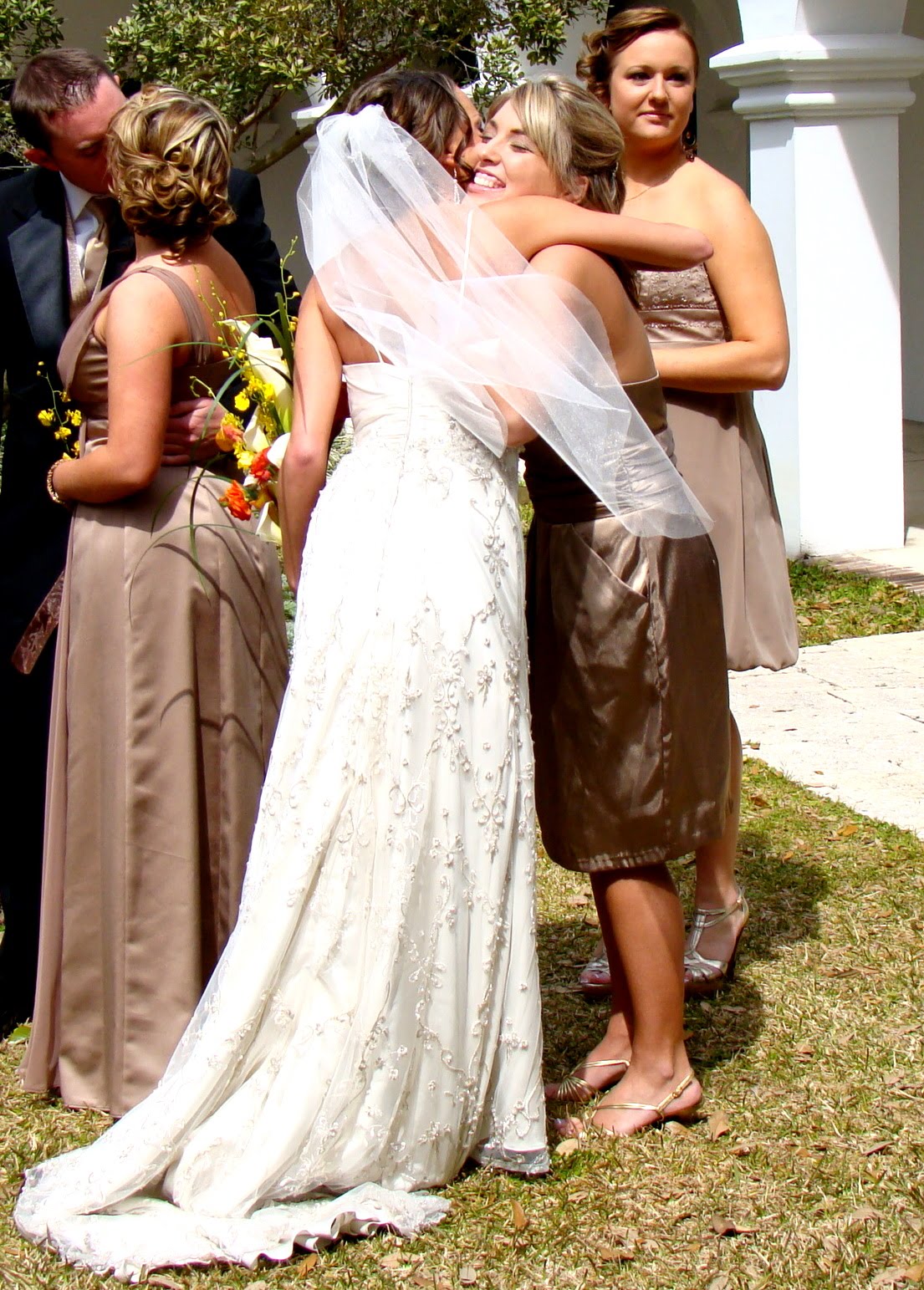 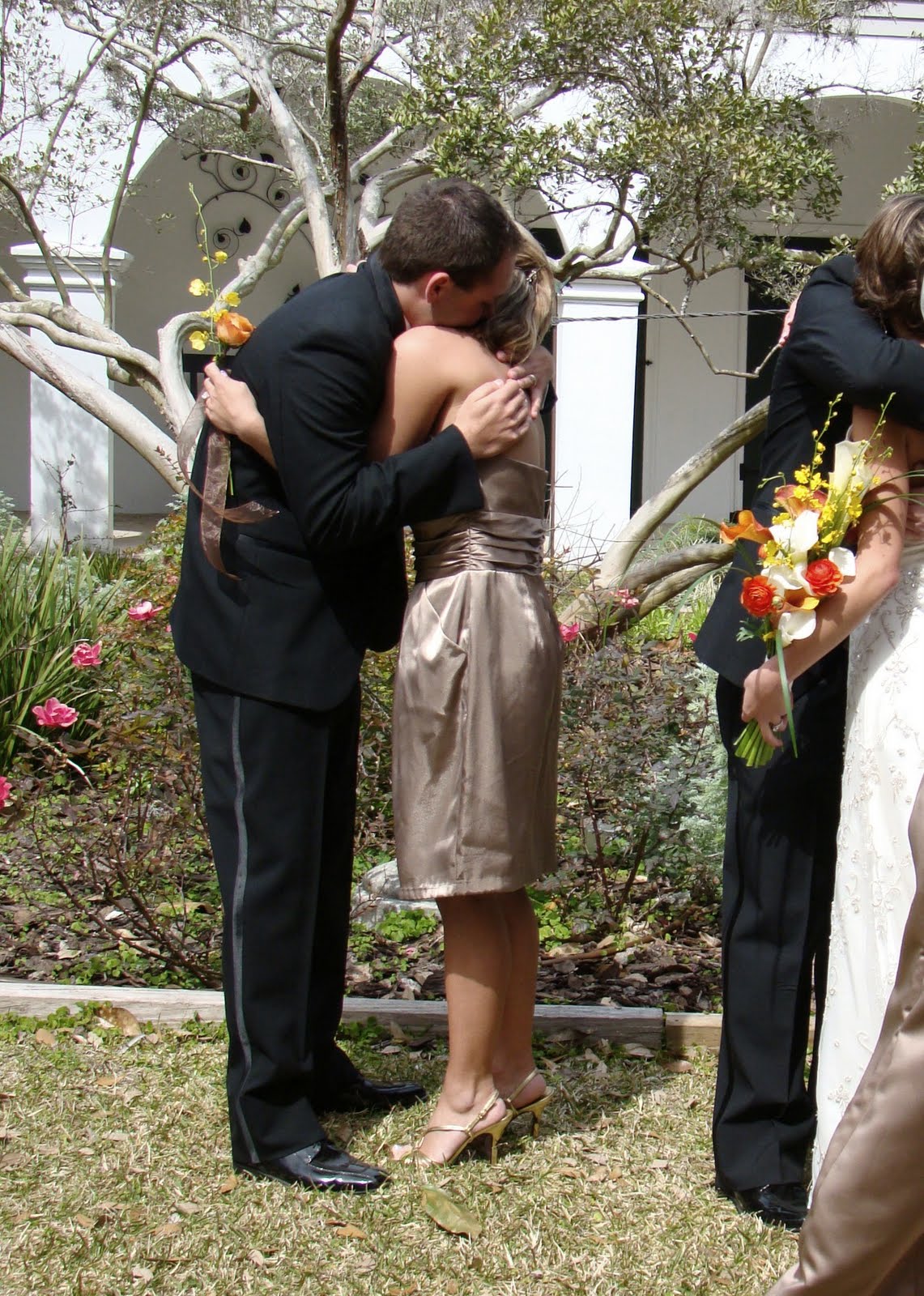 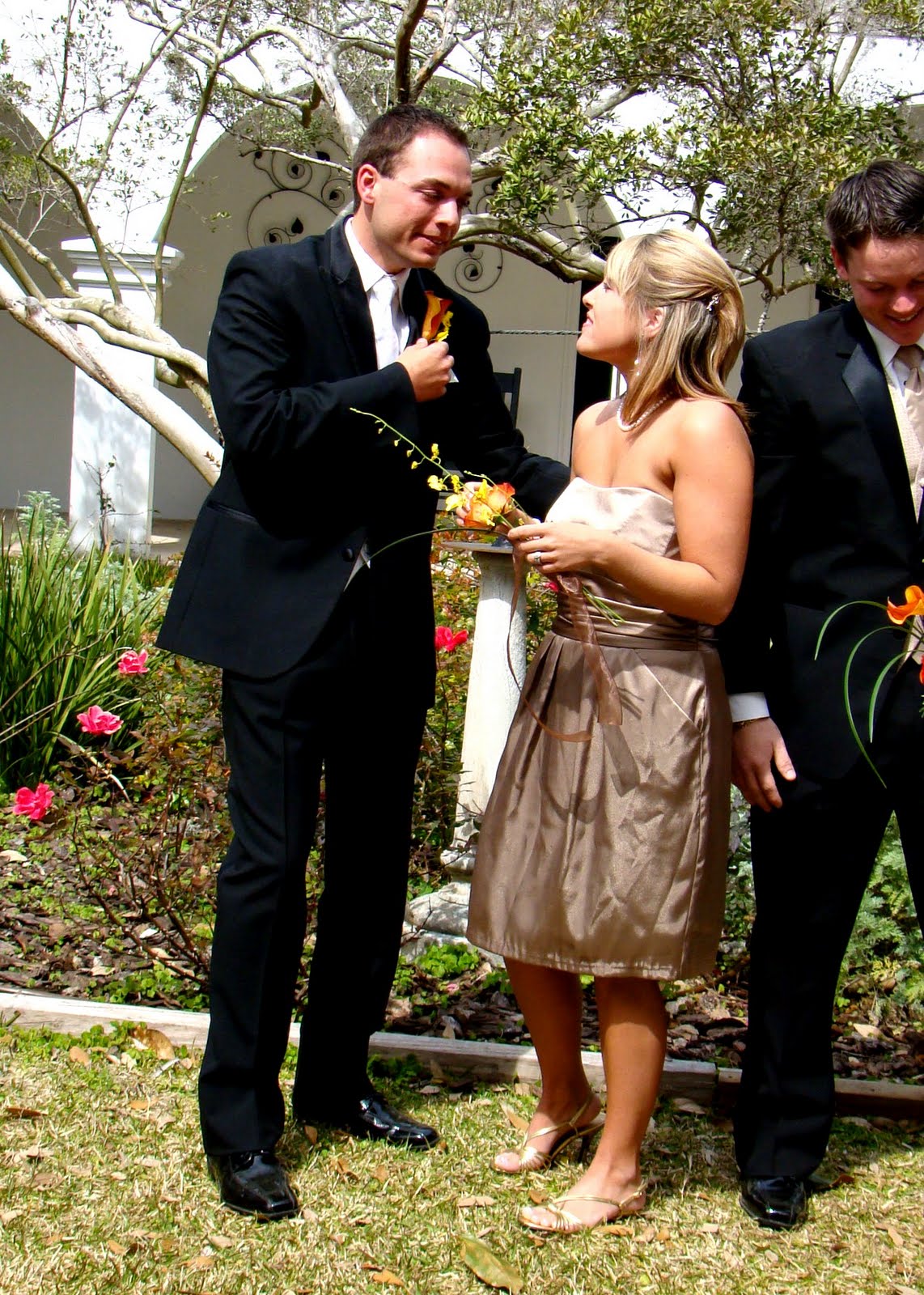 he must get it from Mom 😉 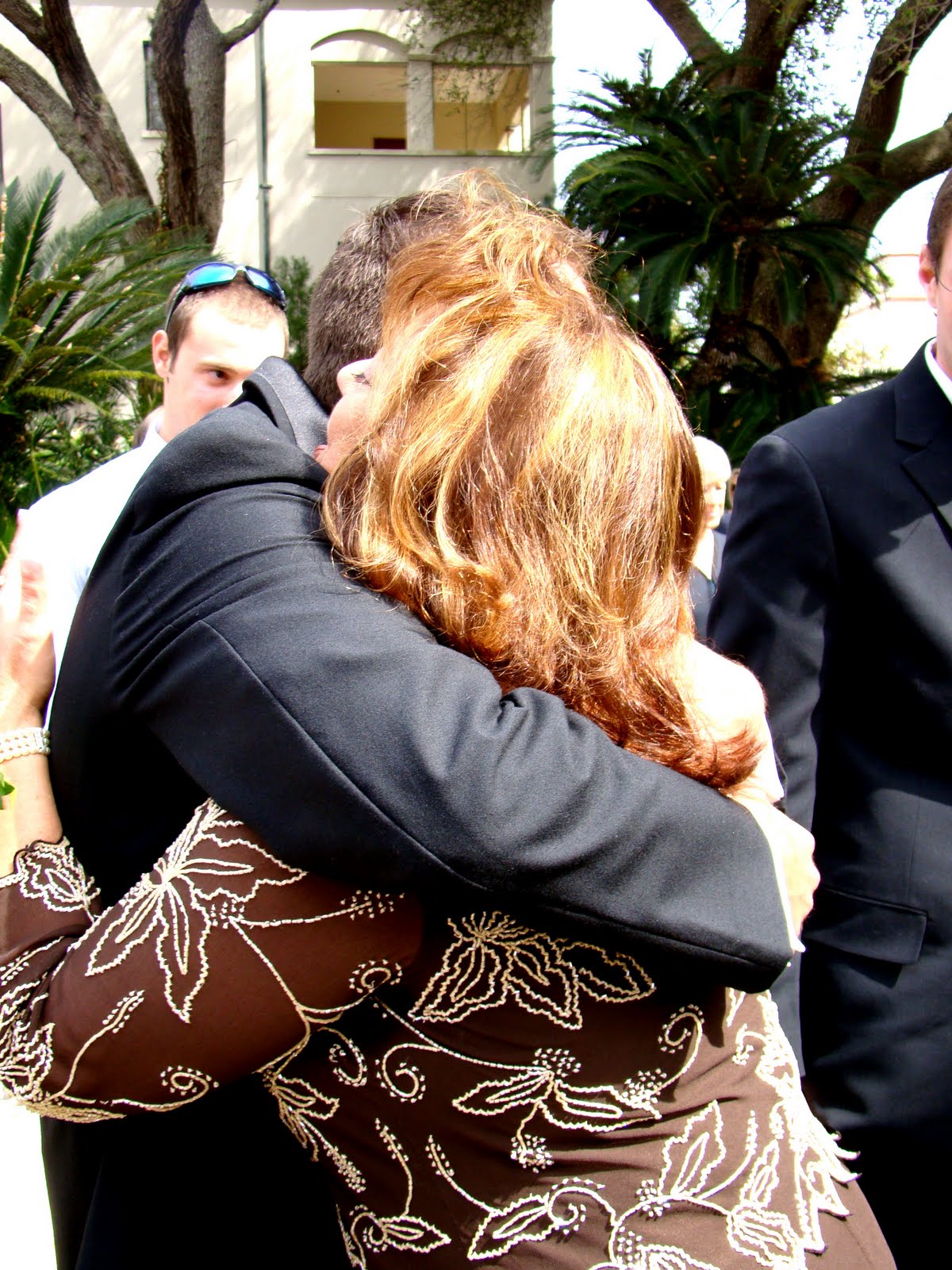 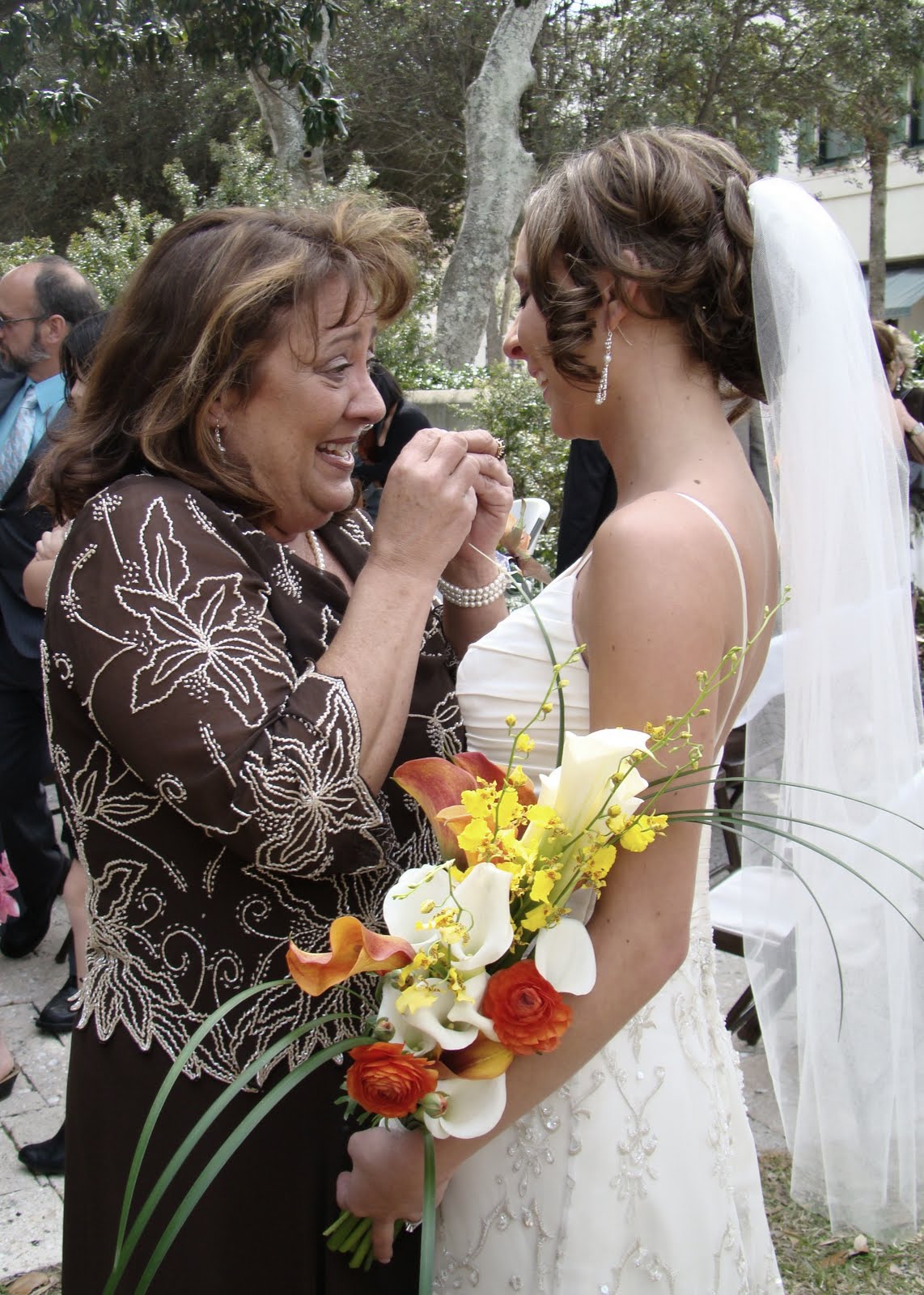 I loved getting to be up front during all the action but I was SO nervous about how Kye would behave. Mom held him through a lot of the ceremony since she walked with him down the aisle and Mrs. Charlotte sat directly behind her so she could take him once she needed to. He did GREAT! He made a few noises (he’s a BIG talker) but Mrs. Charlotte said that everyone around her thought he was just laughing at the funny parts haha. I did tell her to do whatever she needed to do in order to keep him quiet. His nap time is 1:00 and the wedding was at 1:00 so I knew it could be hard. He ate a few Cheerios and did end up getting out the paci. He actually almost fell asleep after the ceremony before we left! So precious and I’m so proud of him for being such a good boy! 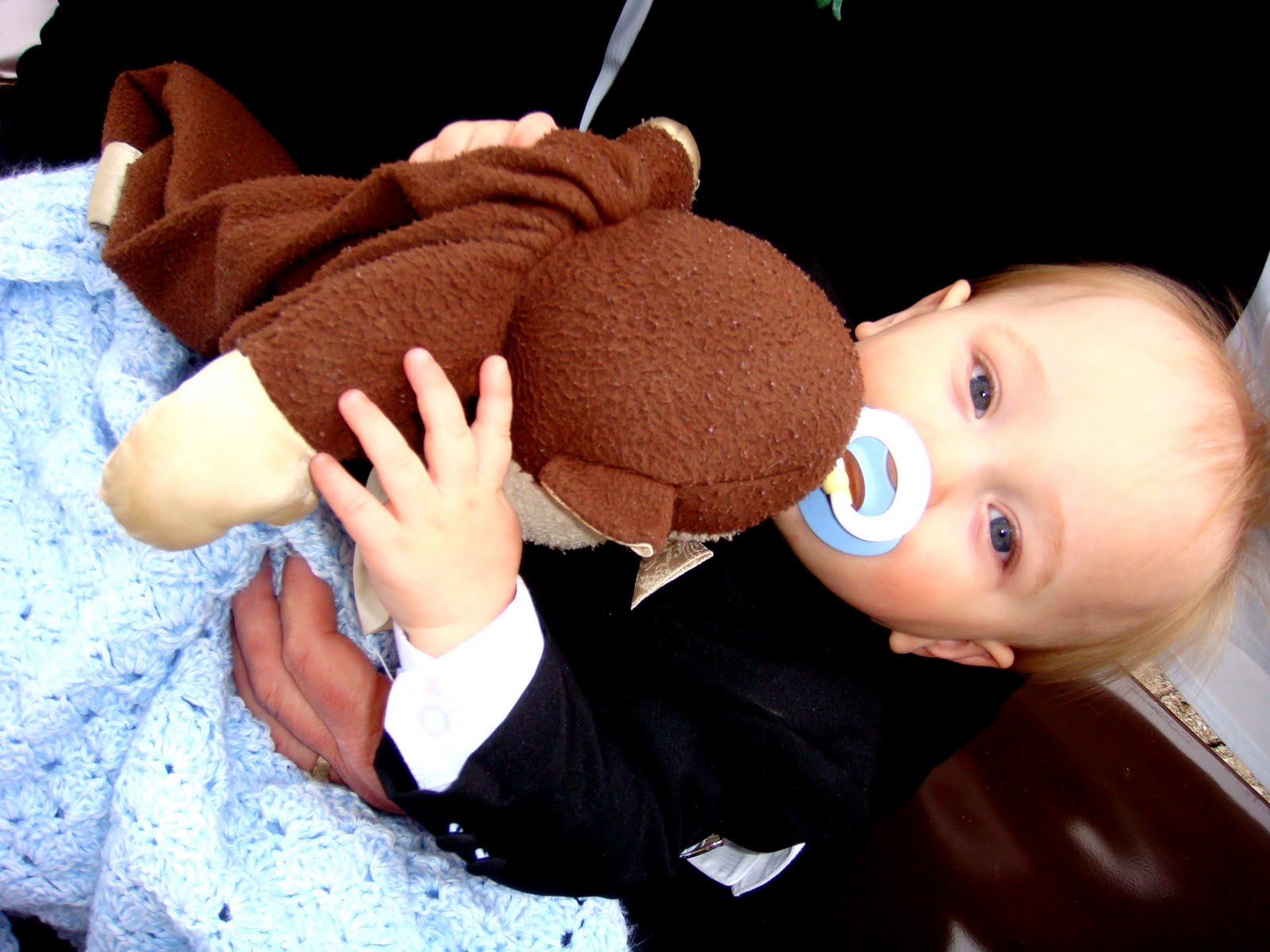 After the ceremony Brandon and Chrissy went with Javon to take more pictures and the rest of us had time to kill before the reception. While Zach got the car Mom and I had fun taking pictures of us on this random cannon haha! 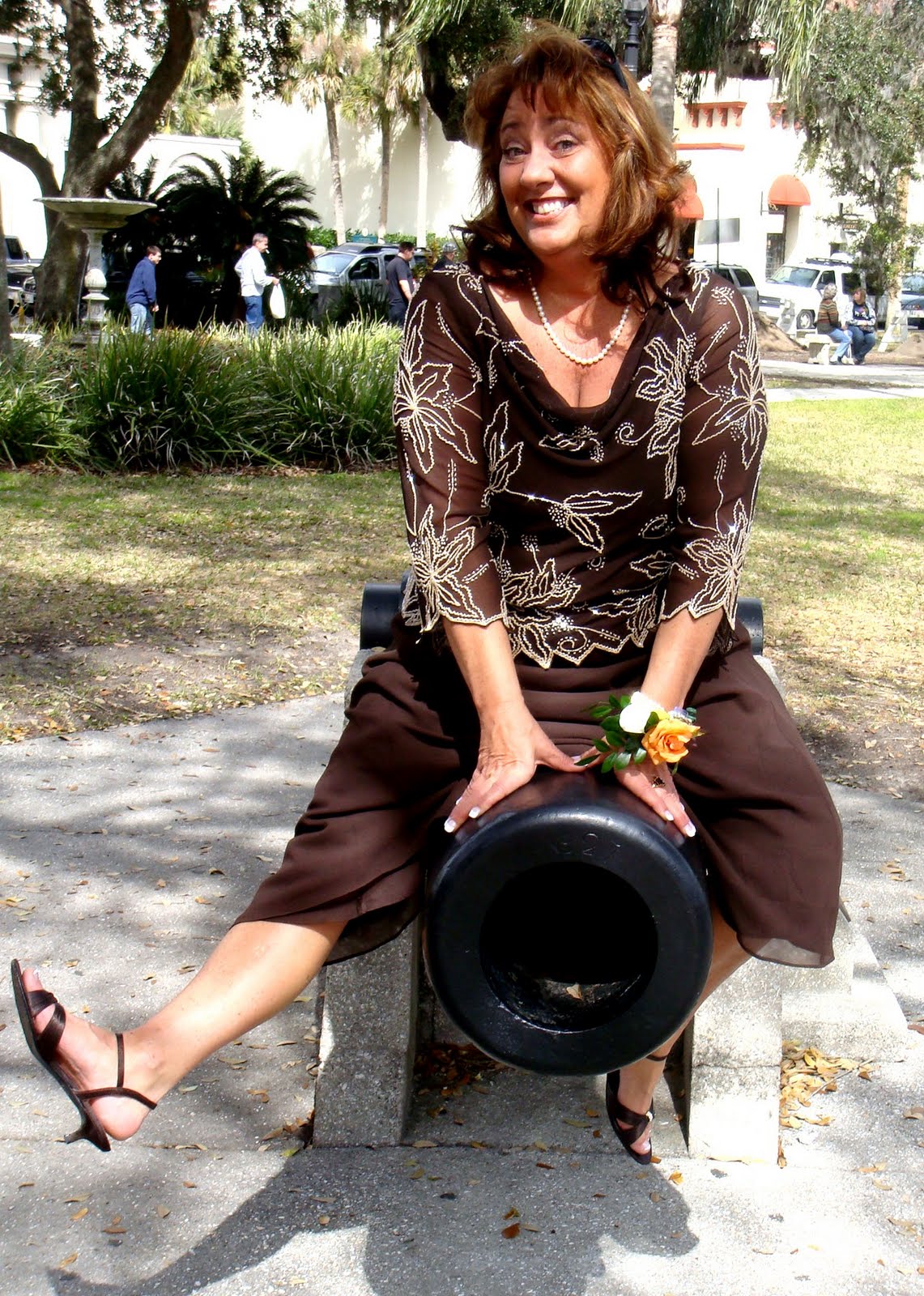 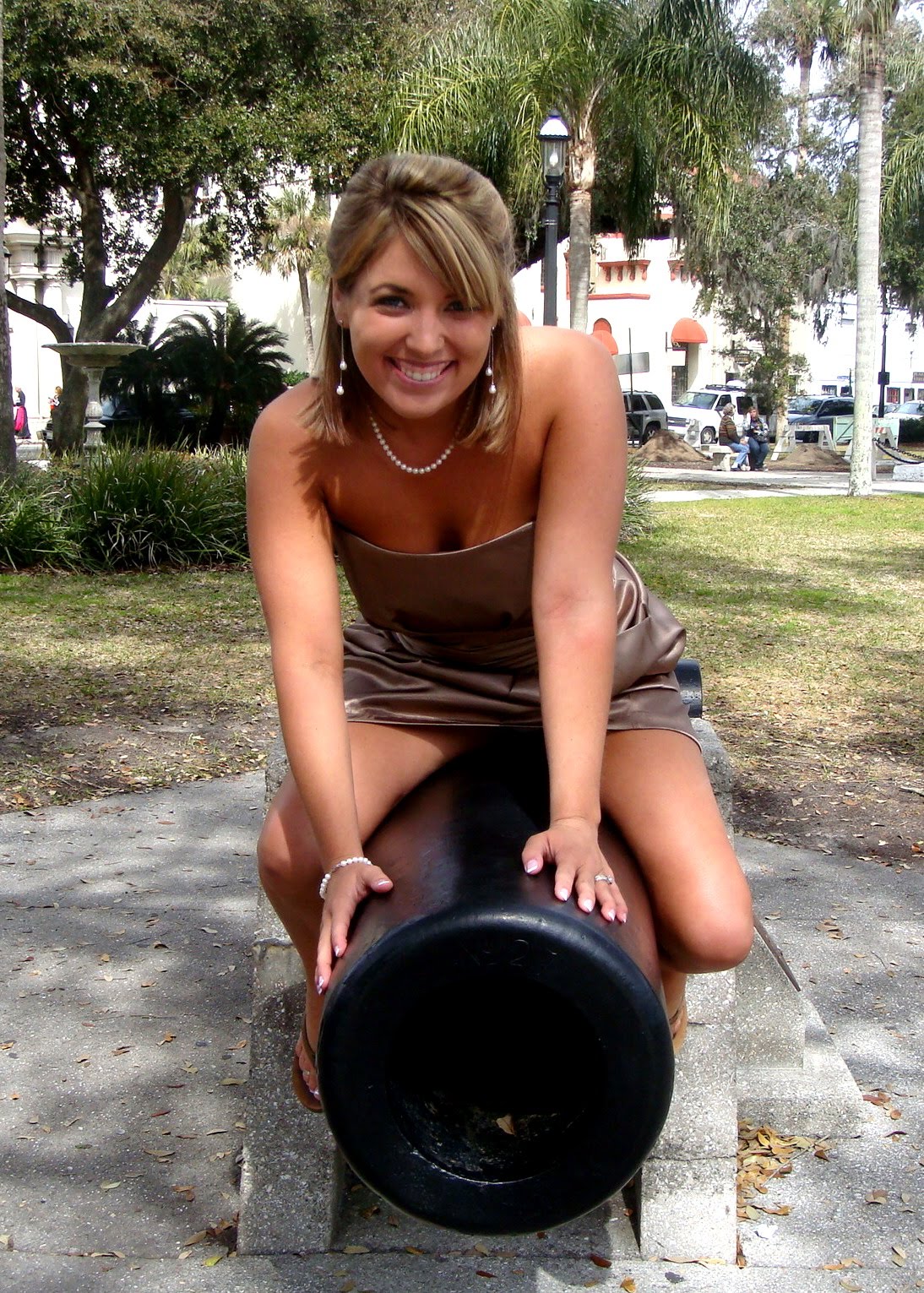 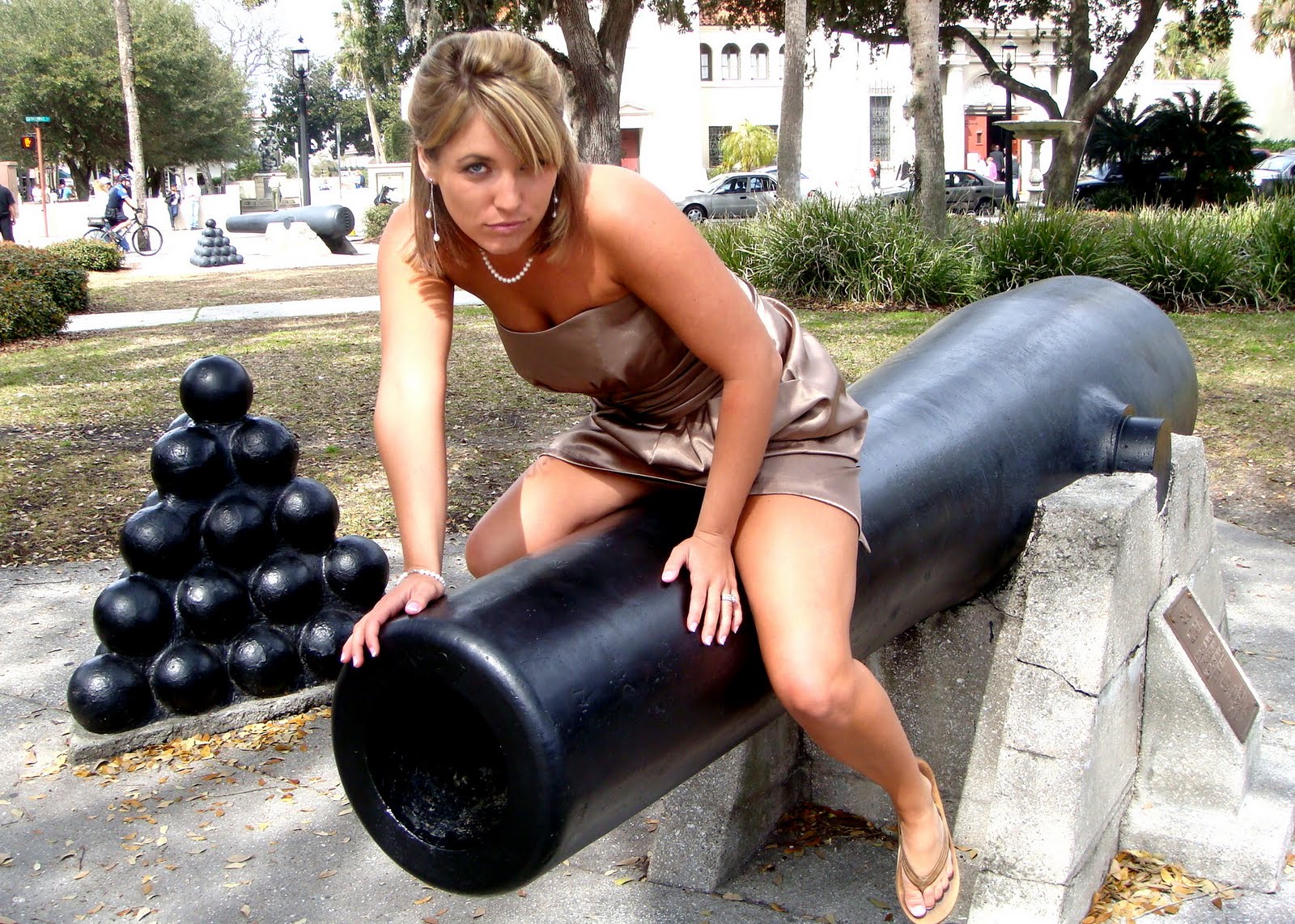 Since we were so busy before the wedding we didn’t have time to eat and, duh, Zach was starving so we ran through McDonalds on our way to the reception and GRUBBED OUT! 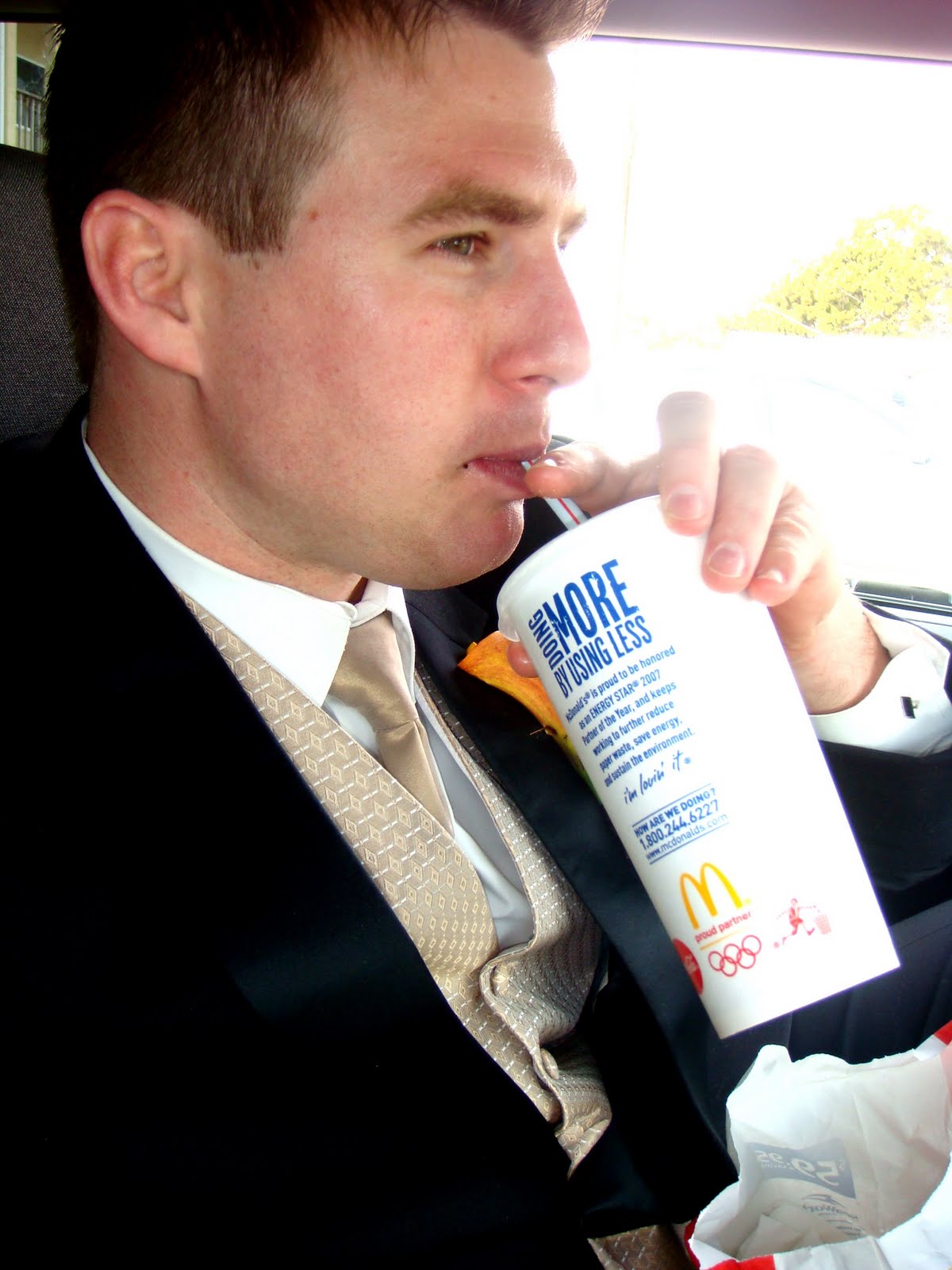 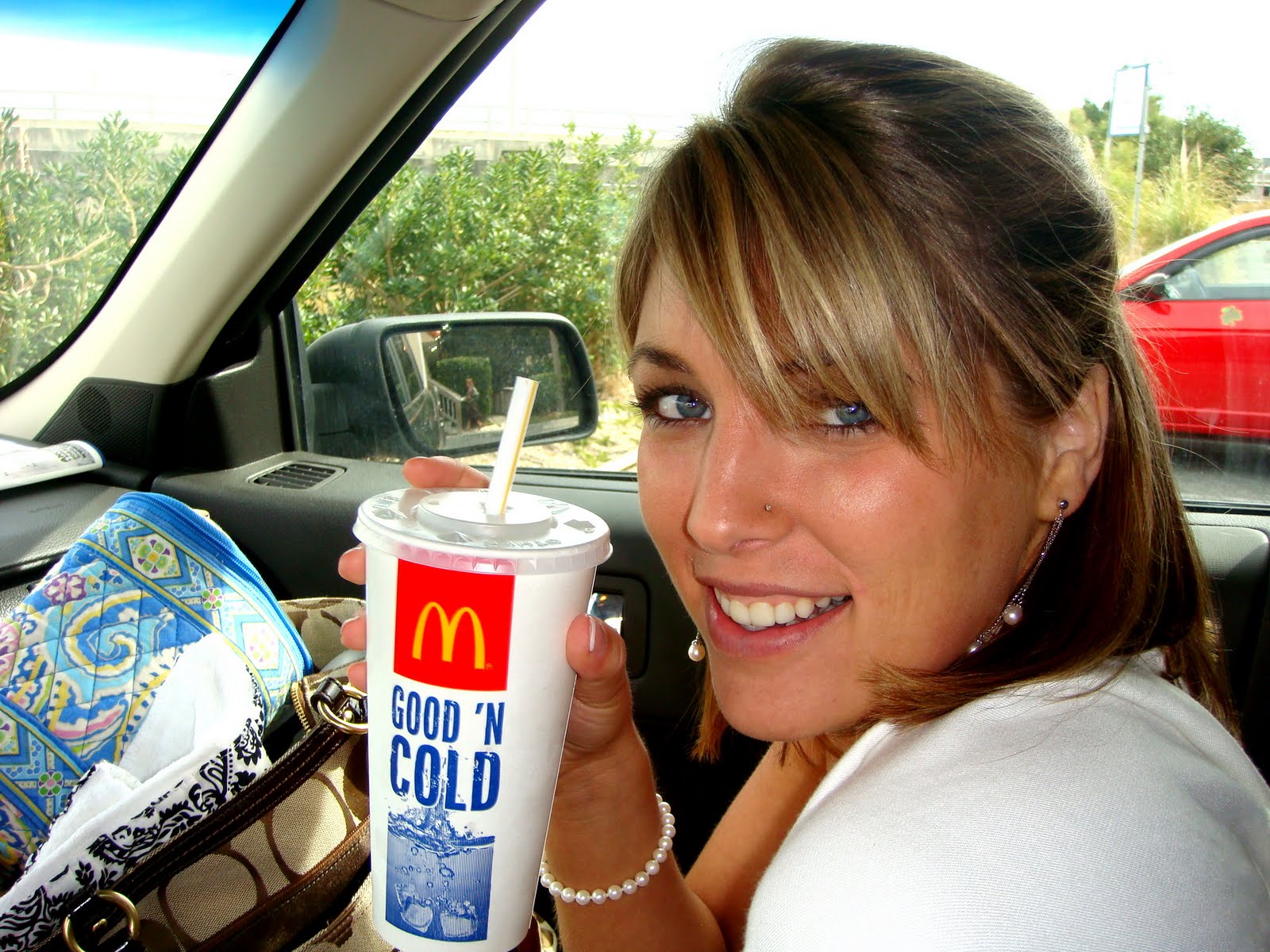