After the fun family shower that morning and staying up so late with Casey the night before I was EXHAUSTED but still pumped for the couple’s shower for Danielle and Jonathan that night. Between showers, Danielle, Chelsi, and I just hung out and caught up which was nice. I mean on a girls weekend the more talking the better right?!?!

before heading to the shower 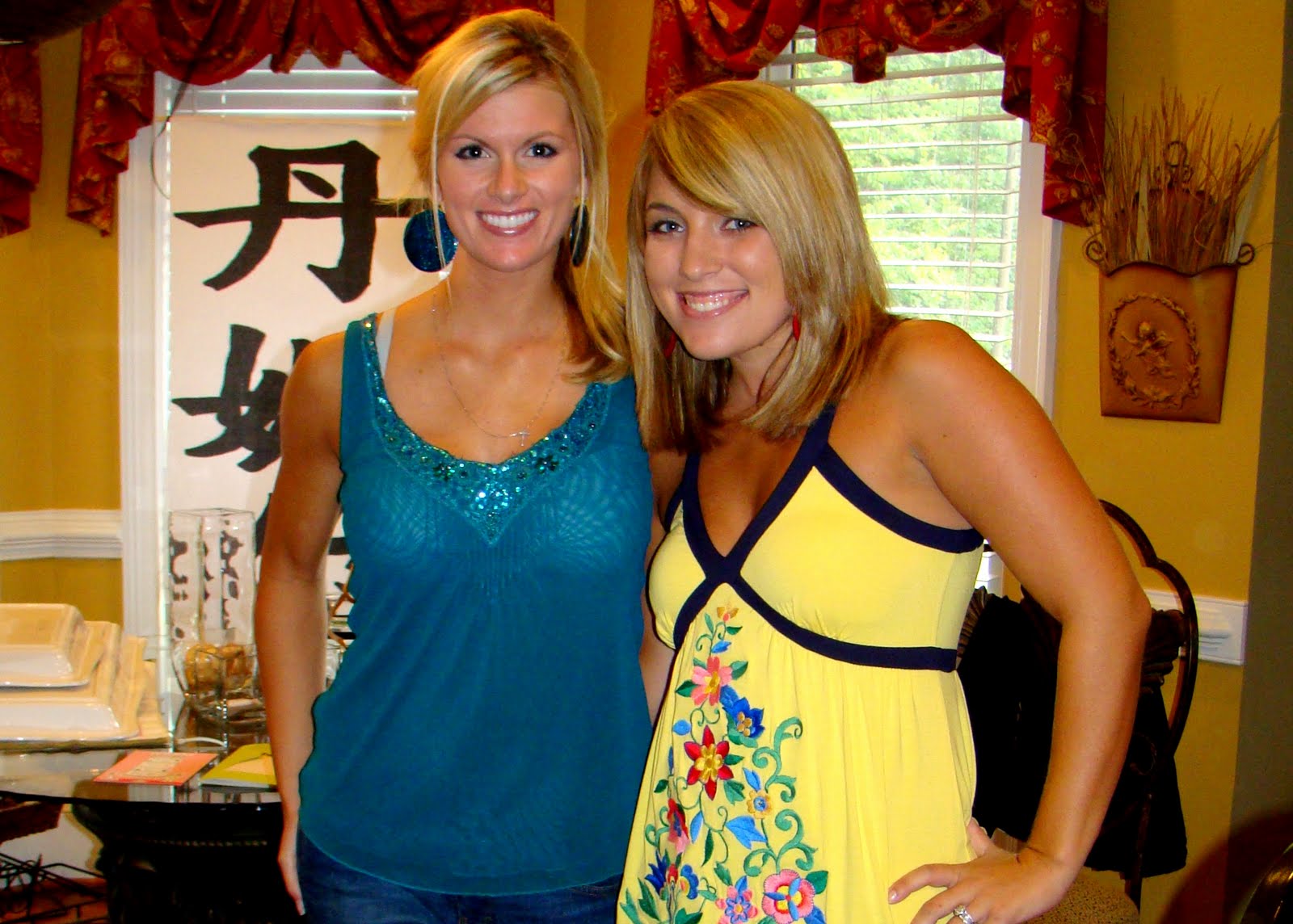 couldn’t decide which I liked better so you get both 😉 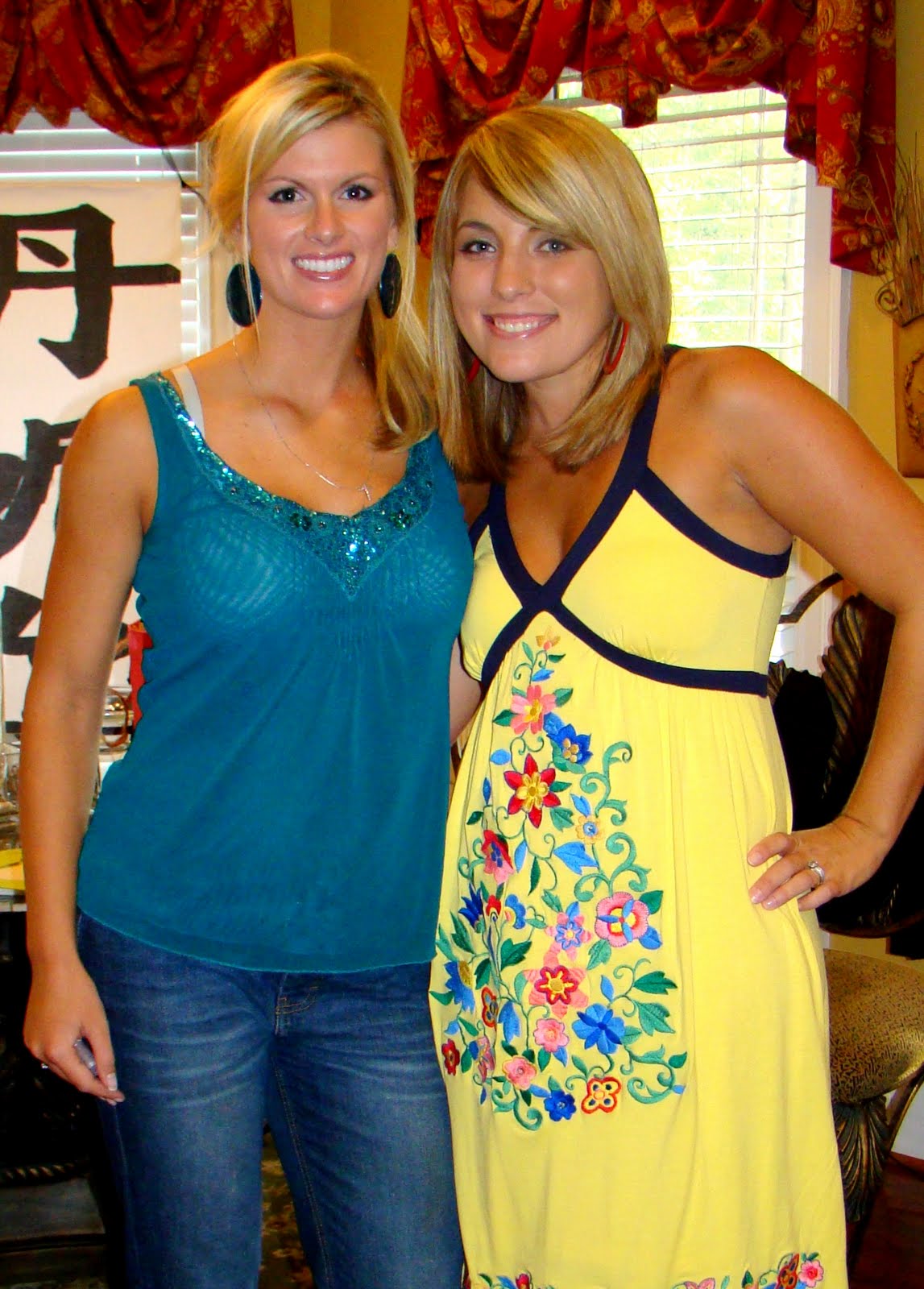 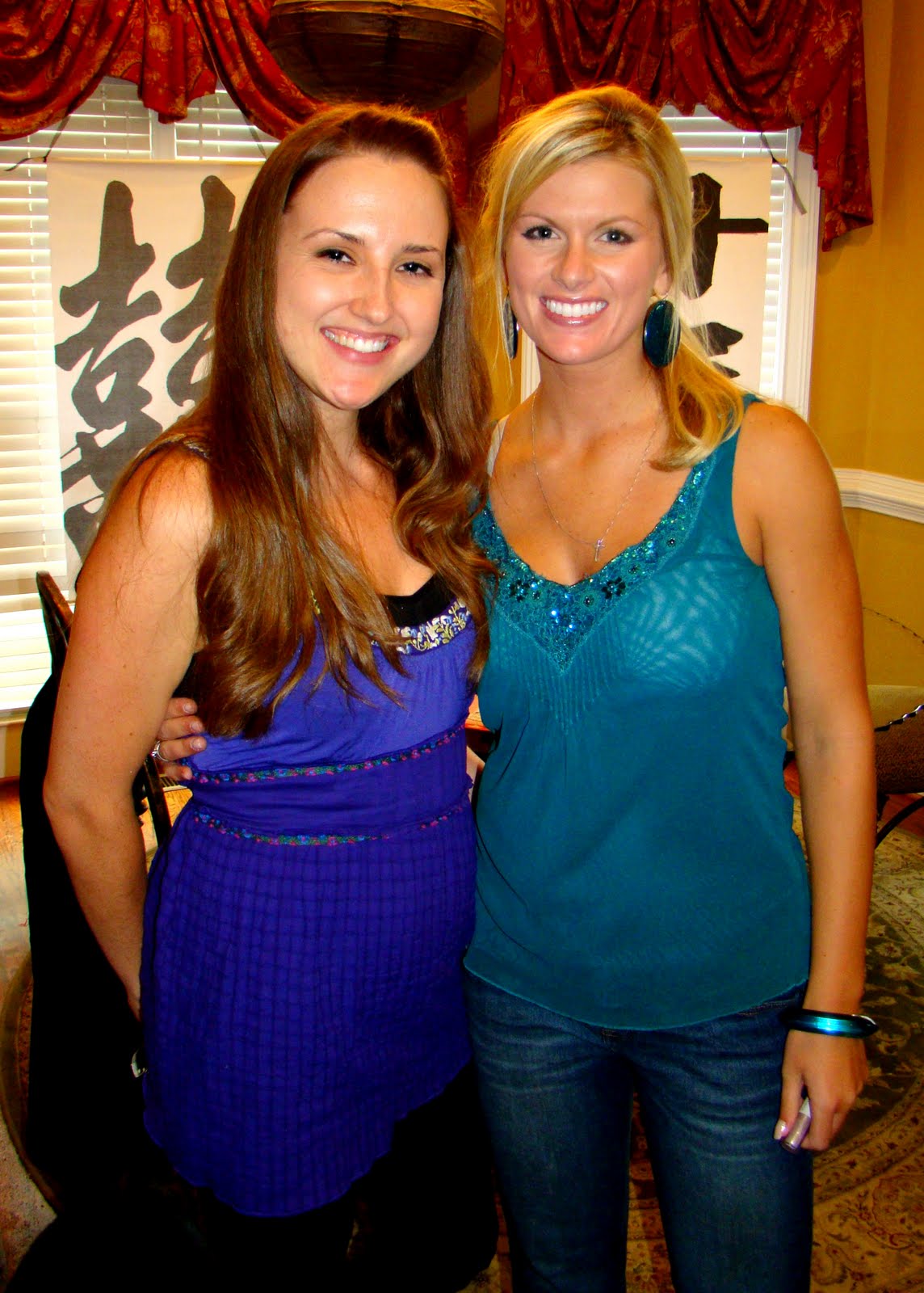 The shower was at Chelsea’s house (a different Chelsea than the one pictured above but she’s also a bridesmaid!). I’d actually met her and Laura (who co-hosted) back in April when I visited Danielle’s church and I liked them both right off the bat. Chelsea is a mom of three (you cannot tell by looking at her though…she has a 3 year old and twins who are a couple months younger than Kye!) so I knew we’d connect right away. She also has an ADORABLE husband (who has a hunting habit I’m not to crazy about and a room to match it…) and you can just tell that they have a truly happy marriage. Laura is so, SO tall, thin, and beautiful that I was worried she wouldn’t like me (us insecure girls ya know it?) b/c I’m a lame mom-mom haha. But she’s SUPER cool too and I had a BLAST getting to know both of them better! 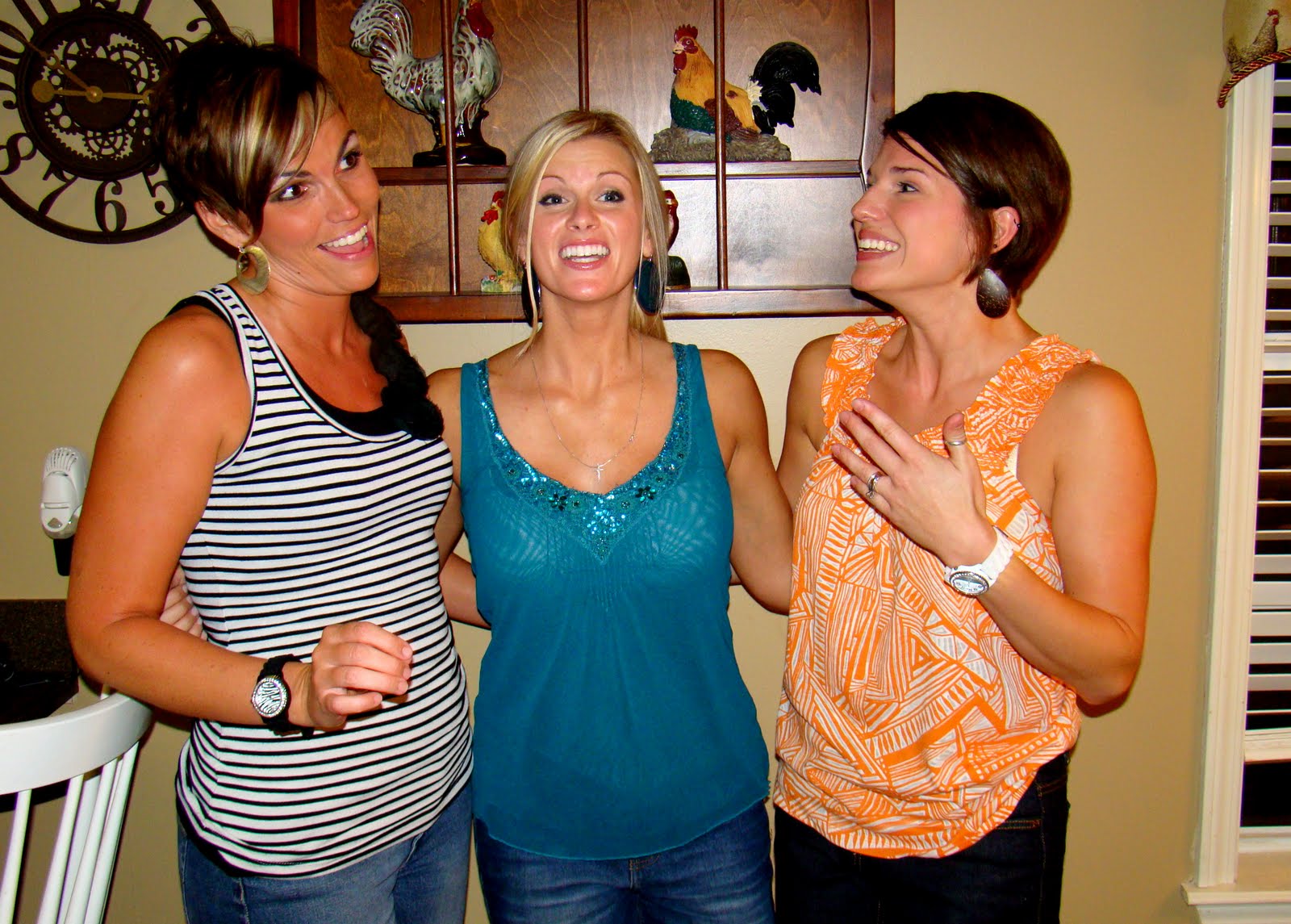 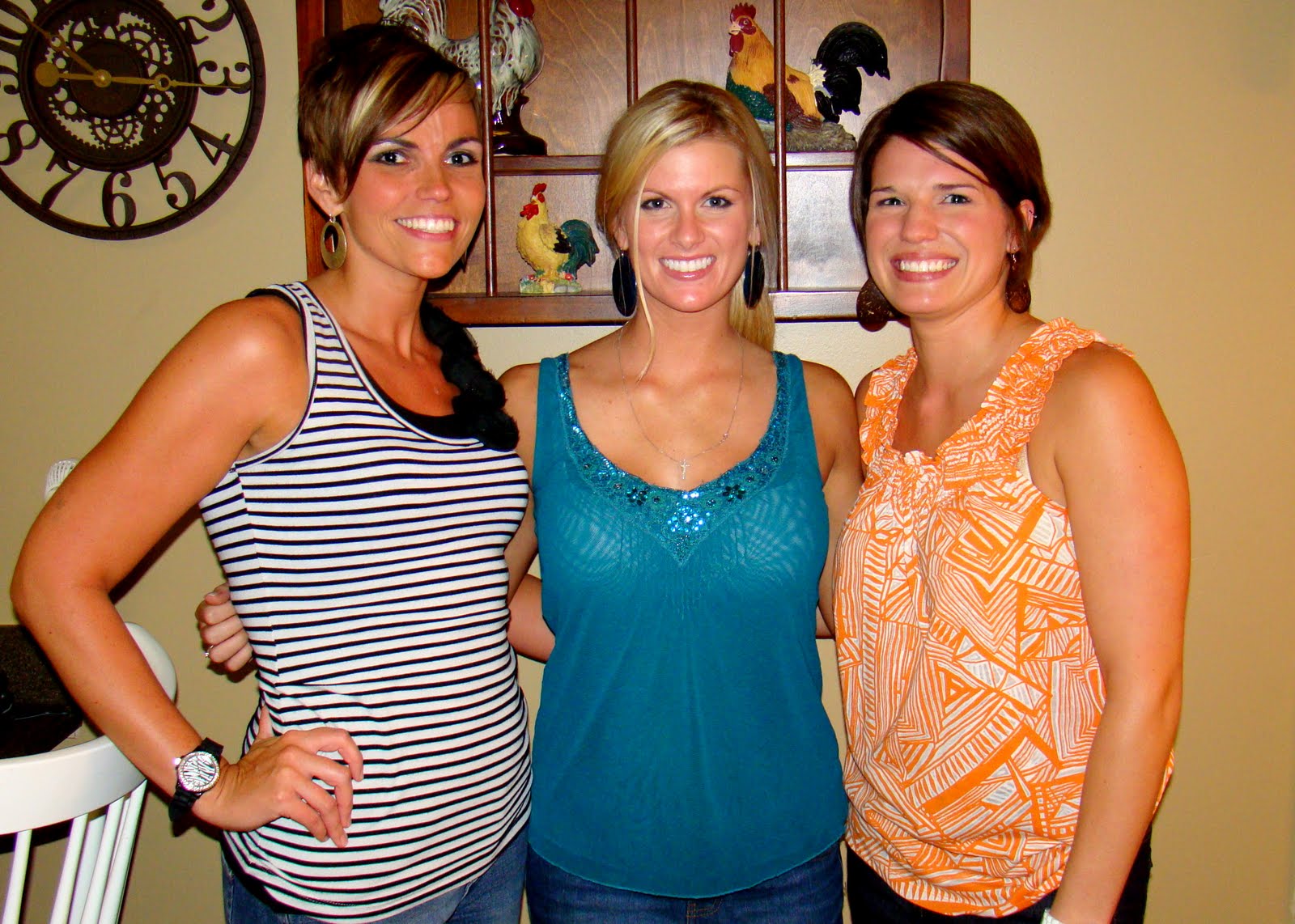 It was a really chill shower which was good for me since I was so out of it 🙂 We got to watch Laura and Chelsea attempt to lead a shower game that ended up being funnier watching them host it than the actual game itself! 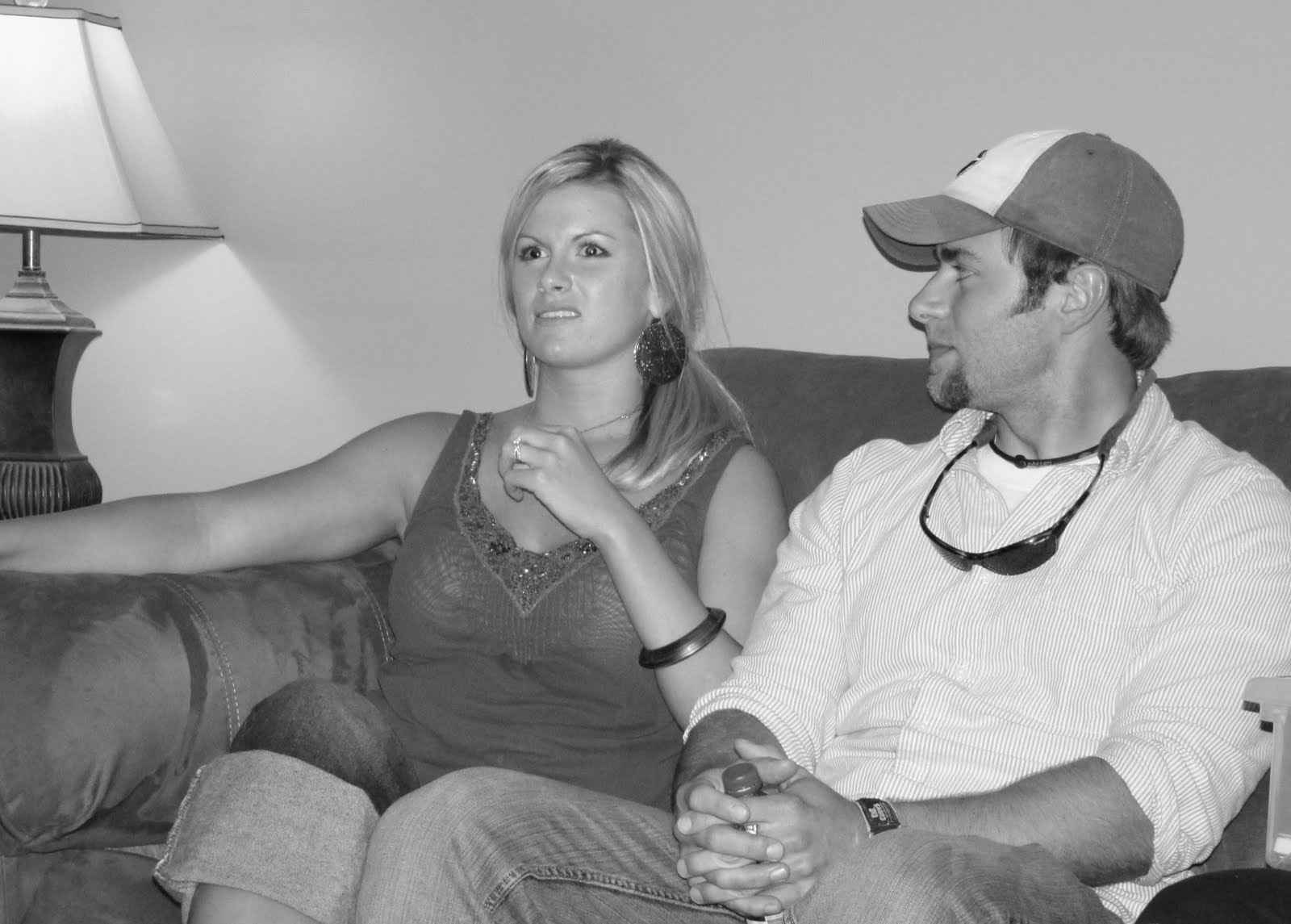 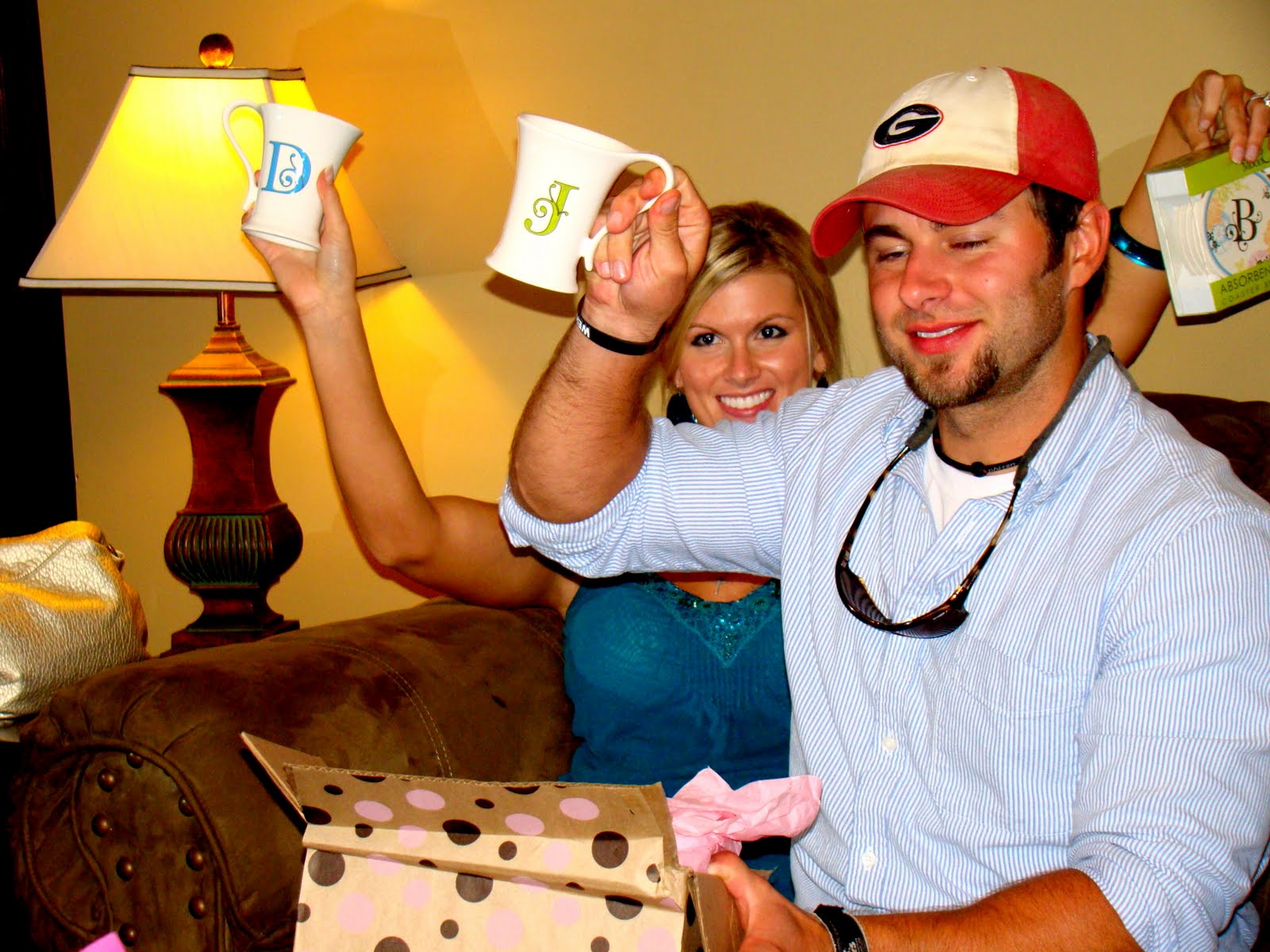 I’m really, really glad that Rachael decided to “crash” the shower as it was a couples shower and my husband was 4 hours away! Rach made an excellent stand-in hubby and we had a BLAST after the shower ended just hanging out in the kitchen (Danielle, Chelsea, Laura, Rachael and myself) laughing and laughing and laughing. It was some SERIOUS bonding time for sure and I feel like all these girls are now my super close friends! 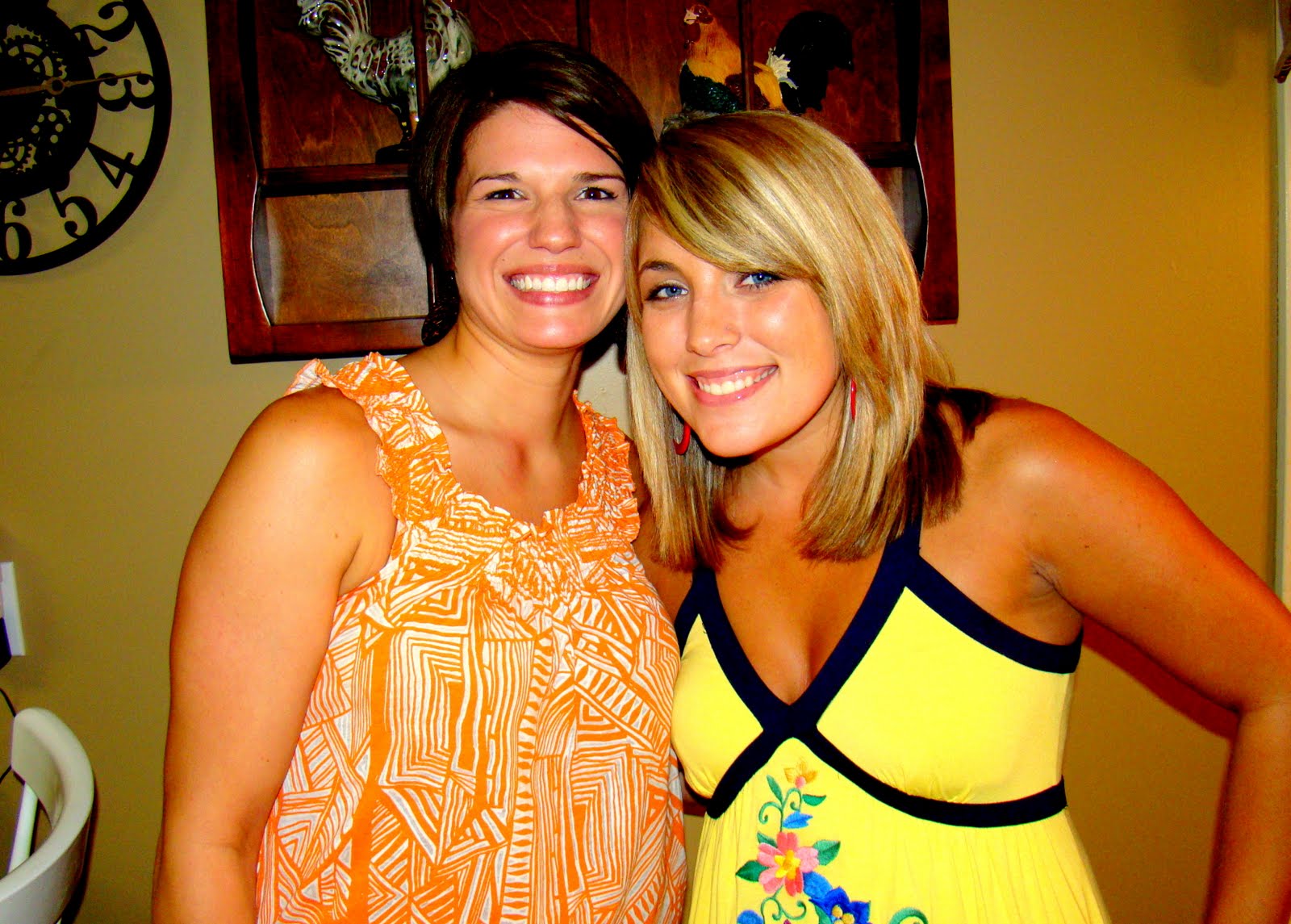 We didn’t leave until around 11 b/c we were just having too much fun! Rachael ended up staying the night with us and it was SO SO fun (she’s lucky enough to get her own blog entry next so be jealous!). We were so busy, busy, busy that I felt like I didn’t get much alone time with Danielle but duh she’s the bride so she’s Ms. Popular right now! We have more wedding stuff to come and I’m confident that we’ll get OUR time soon 😉 It was SUCH a fun-filled weekend that I honestly didn’t want it to end! There are eight bridesmaids total and I know I adore four of them so hopefully the other three are half as cool (which from what I know it sounds like they are!). If so I’m PUMPED for the crazy-good time we’re going to have at the Bachelorette party next weekend (don’t get too excited for wild fun…we’re painting pictures people not partying it up!).

Rachael you look SO tall in this pic! 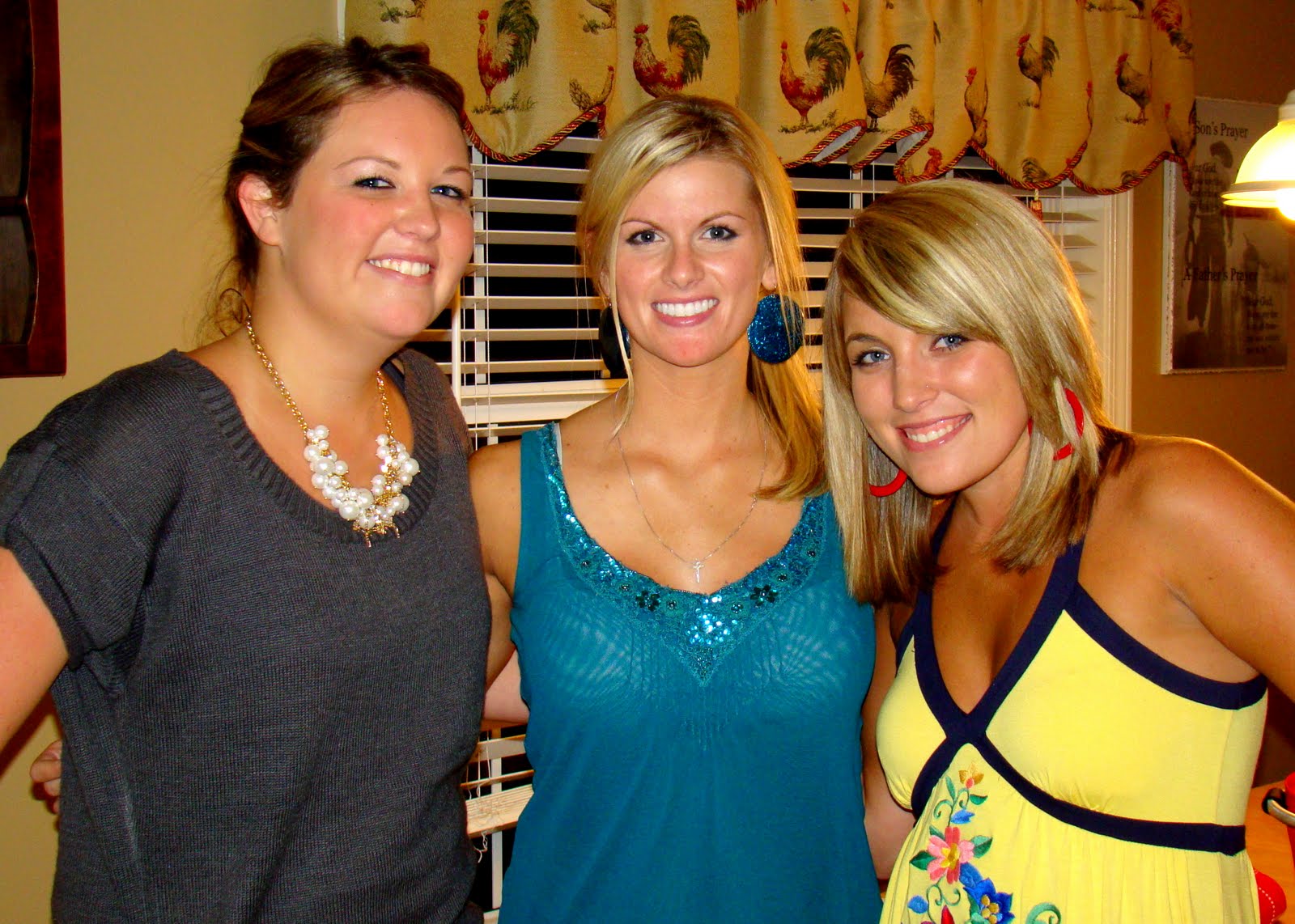 I can’t wait!!! I wish I lived closer so I could hang out with all these great girls on the reg 🙂