My brother, Brandon, is getting married in March! I’m so excited for both he and Chrissy and for myself as I get to be a bridesmaid for the first time ever! Yay!

On Thursday Kye stayed with his G-Mama and I hit the road. I drove down to Gainesville to spend the day with Chrissy going dress shopping. We went to a store there called Jays where they were having a sample sale. I’ve never been to a sample sale before but it’s really awesome as the dresses are so expensive but marked down super low because you have to buy the sample! This is such a smart way to get a wedding dress though b/c you’re able to get a high quality gown at a much lower price!

We pulled dresses and did a good job not pulling anything for her to even try on that was out of her price range. She only tried on a total of four dresses and the first one she had tried on was THE ONE!!! 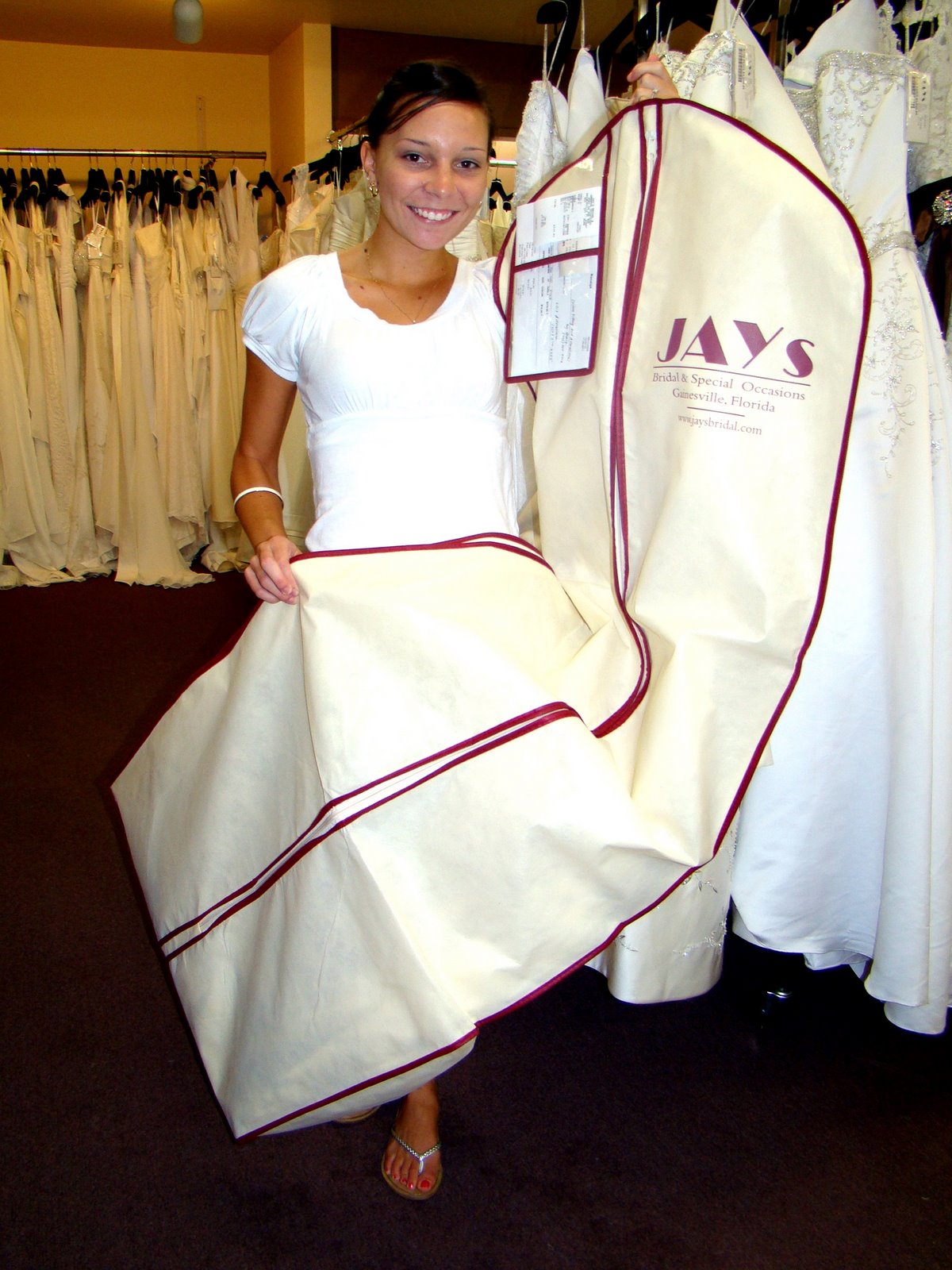 I honestly was in shock that she found a dress so quickly as I had tried on at least 100 dresses before I ended up finding “the one” in a magazine ad! I am so happy for Chrissy that she found her dream dress and it looked awesome on her (but doesn’t everything with that body?) 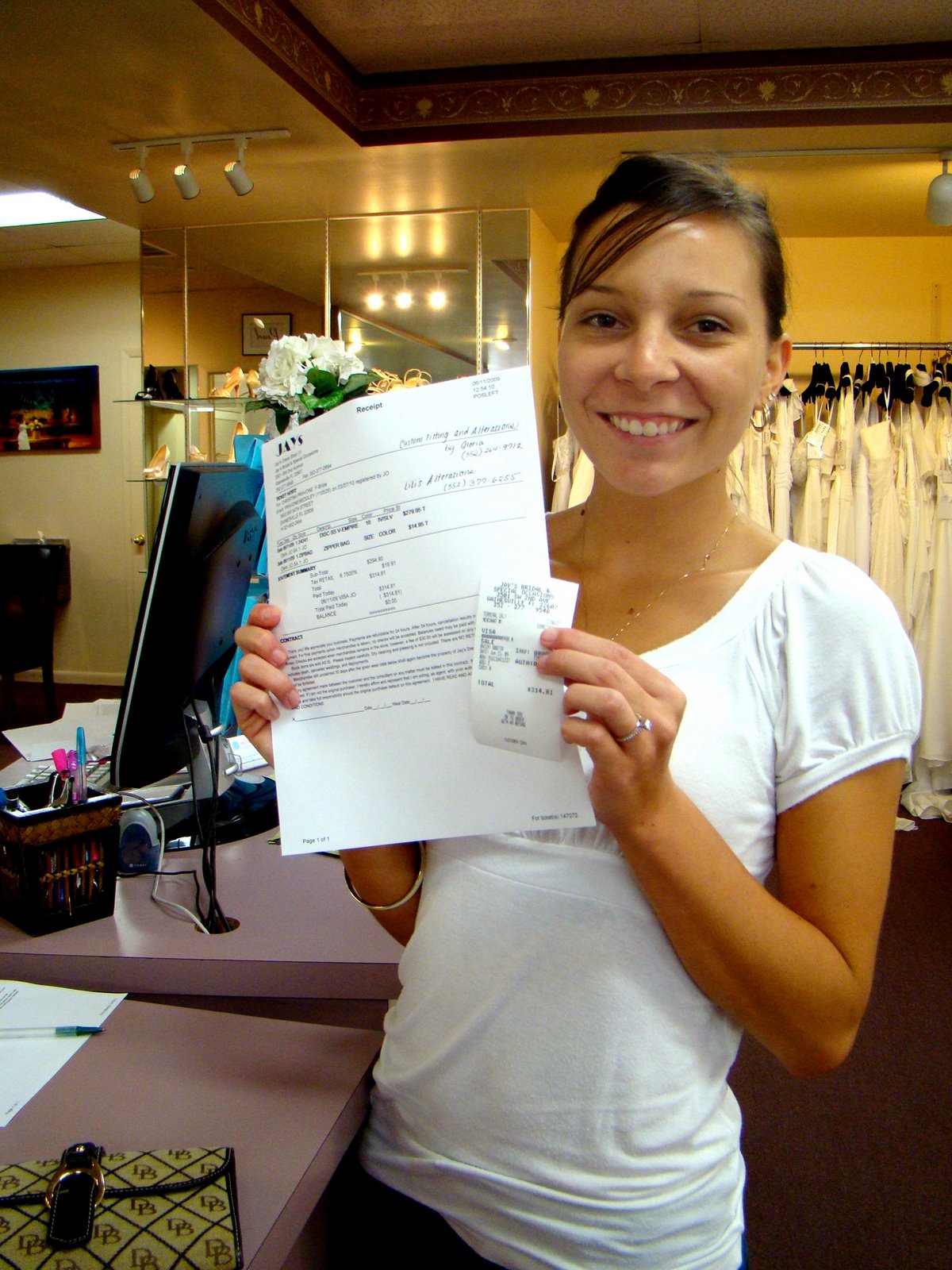 I don’t think either of us thought she’d buy the dress so quickly but when you know, you know! I wish I could put up a pic of her in it on here but we have to save it for the BIG DAY! We then spent a couple hours at lunch and going over wedding details. Oh how I miss those days of being a bride!

I felt so honored that she wanted me there for such a special event…how many people would have their sister-in-law go with them wedding dress shopping? Not many! It was such a fun day and one I will never forget! 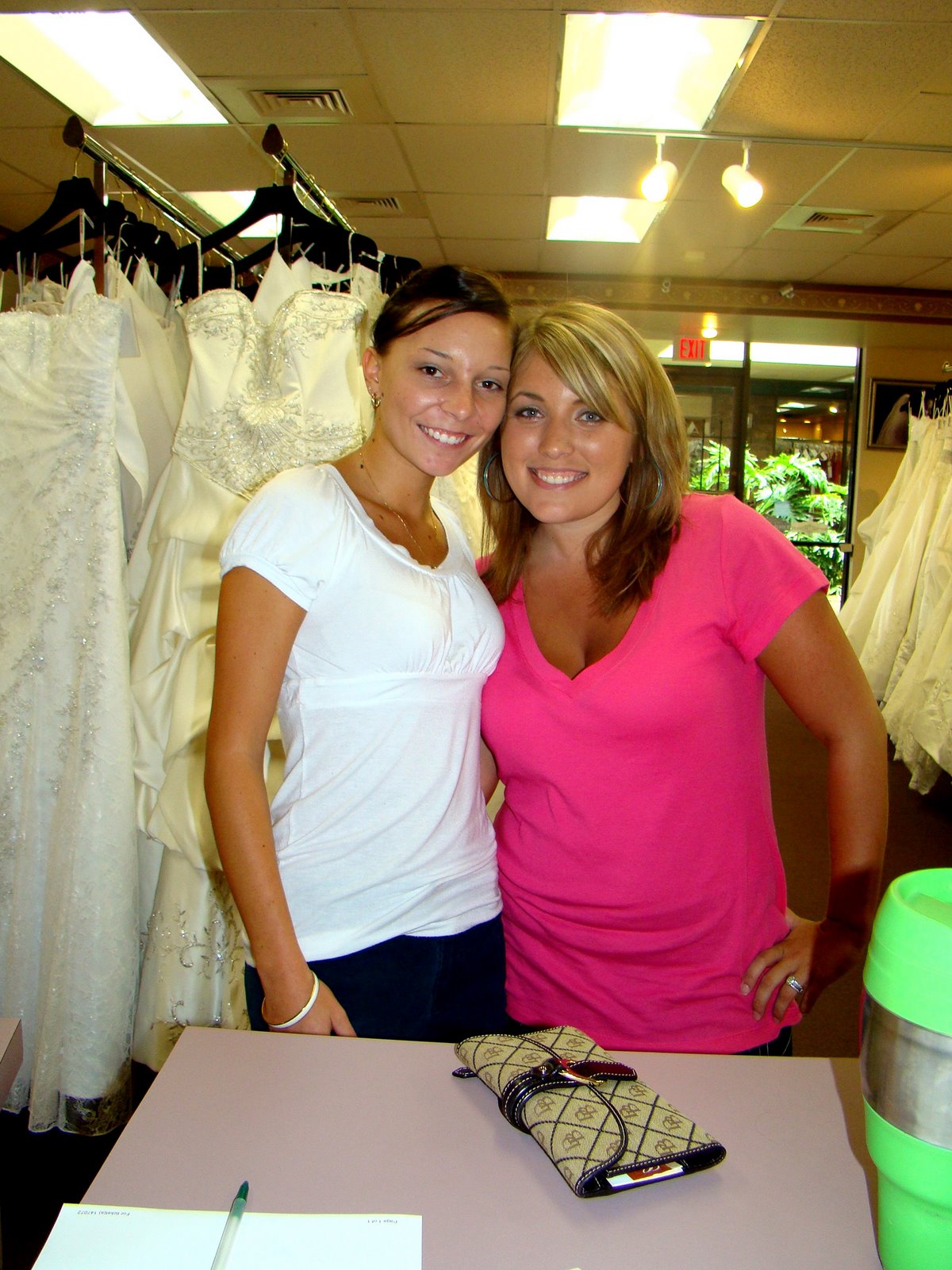