People are always asking me if Kye is crawling yet and when I say no they say “oh just wait!” What they don’t get is that my child may not be crawling but my life is basically exactly the same as it will be when he does. Kye can get anywhere he wants to go! That child moves lightening fast and is very good at getting around! He cruises around corners, pulls things down, and pulls up on things too. I’ve had to baby proof his bedroom (which only consisted of wrapping up a cord to his little fan) and started to cover outlets!

He always scoots a little then looks back at us to make sure we’re watching! 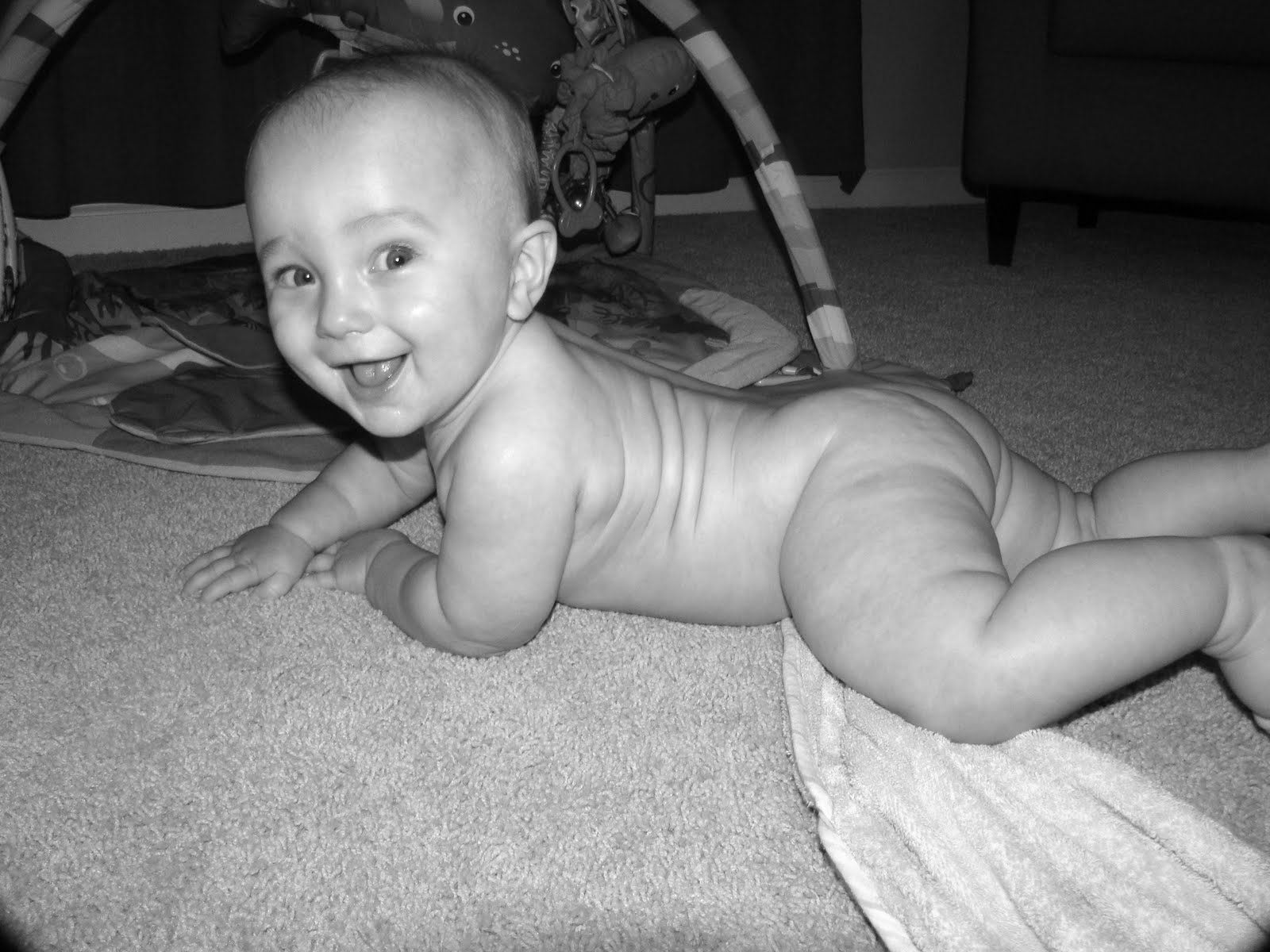 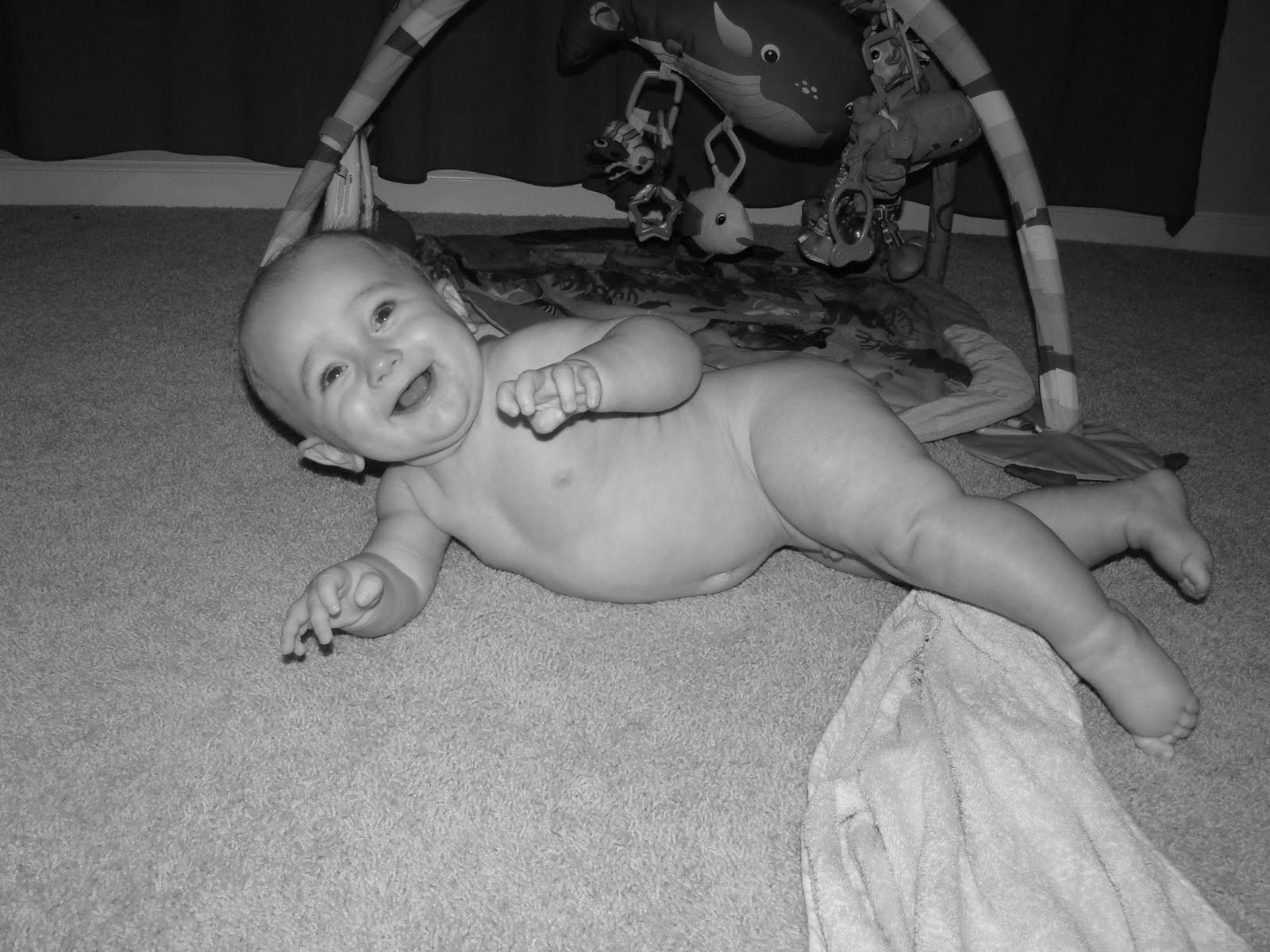 I’ve heard that babies will creep or scoot but I didn’t realize it’d be this hardcore! It’s pretty funny and basically he’s crawling just without lifting his belly. He will get up on “all fours” and sway like he’s going to crawl but he only gets one leg, one arm, or one of both before going back down on his belly and scooting. I keep thinking he’ll crawl any day now but at the same time part of me thinks he may not crawl. I mean he doesn’t really have any motivation to do it when he can already go anywhere he wants!

His favorite place to scoot to is his play mat! 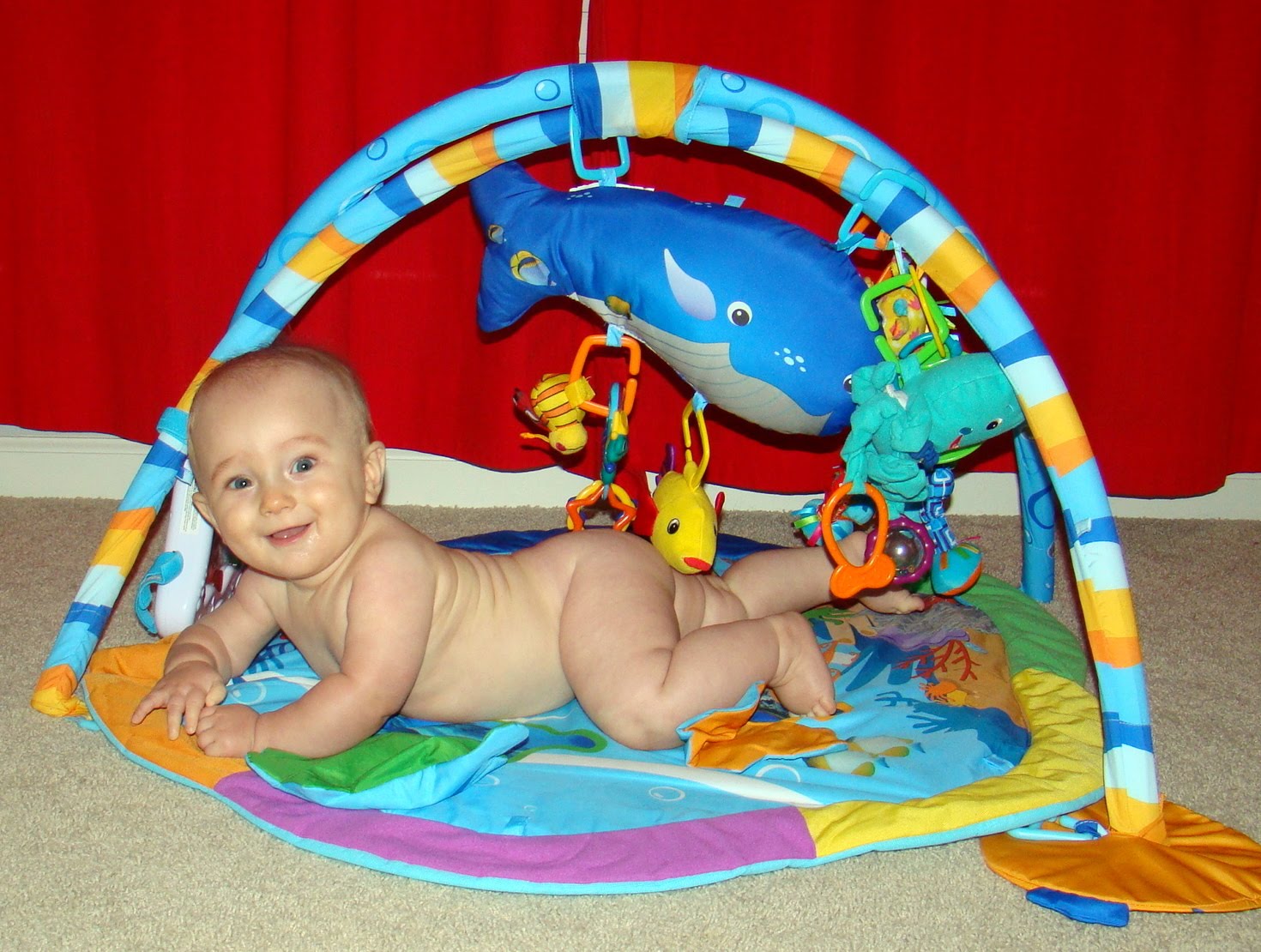 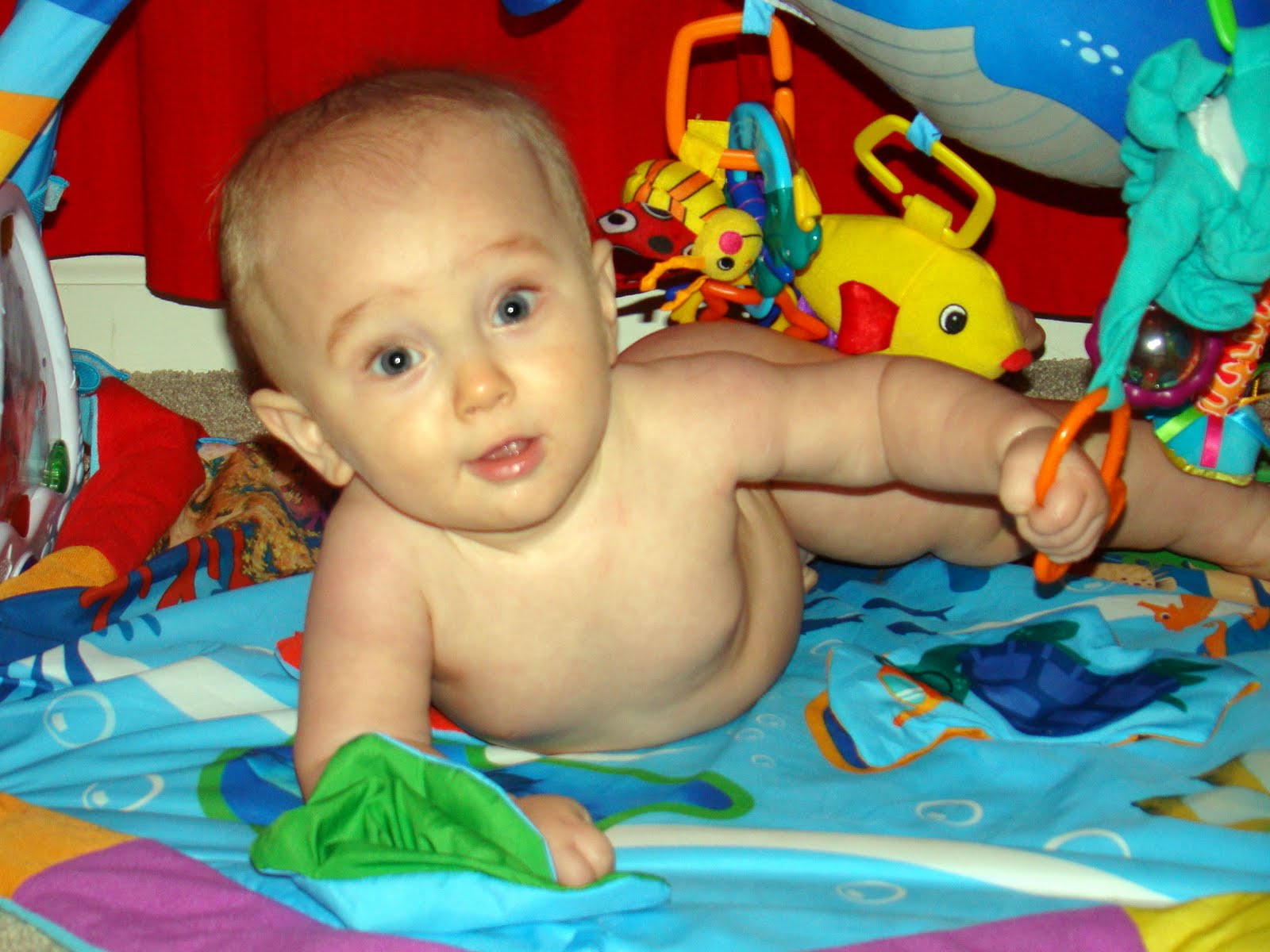 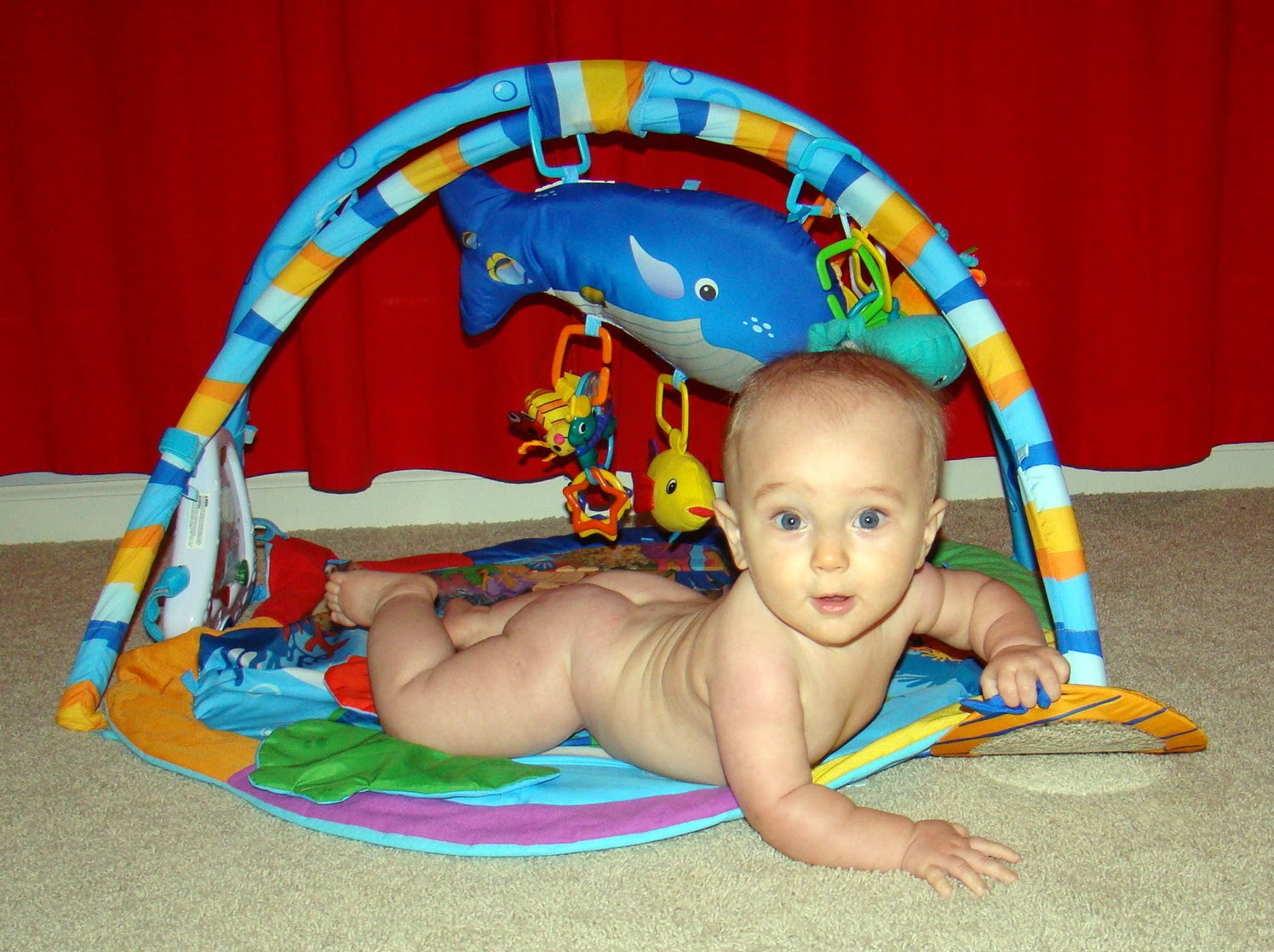 I took two videos to show of his new “trick!” The first video is him scooting in the living room and the second is our new ritual. This video shows him scooting for his paci and I do that before each nap now. He’s starting to figure out that getting the paci means he’ll have to go to sleep so he’s not wanting to do it as much but it’s still fun to try! Tonight he actually grabbed the paci and just held it while he kept on going towards his toys haha! 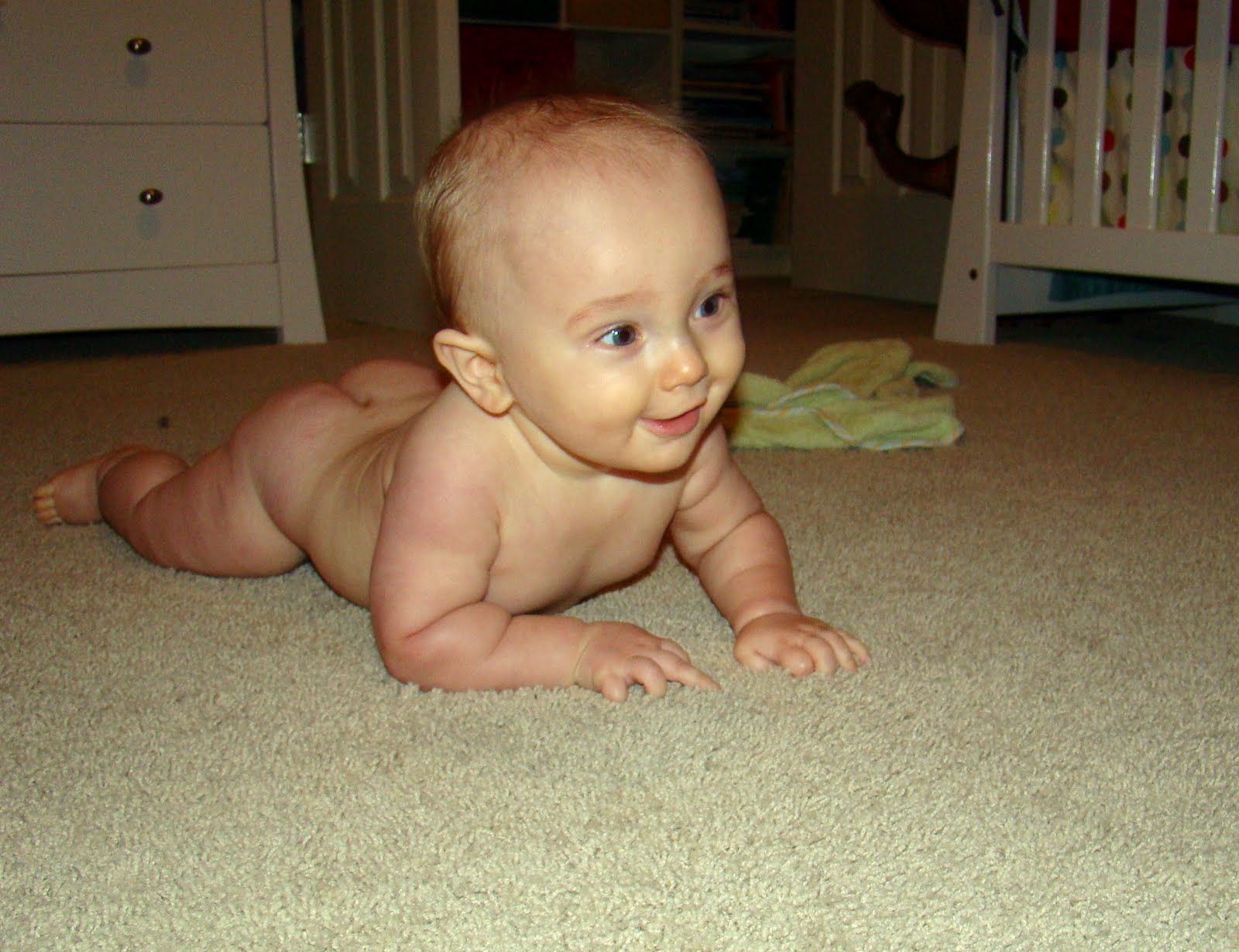