The week of Valentine’s Day, Zach got a call from the school and was told that the 2004 National Championship VSU Football Team was going to be added to the VSU Hall of Fame. We (I can say “we” I was practically on the team…) were the first football National Championship in the school’s history. Pretty cool huh? We already had plans for Saturday but we were able to attend the mixer the night before. Both of us were excited to see old friends! Zach loved every single part of being a football player and it’s a part of his life that he’ll always miss. Even though he was a (red shirt) freshman that year he still was a starter and had a touchdown at the National Championship game!

We were PUMPED when we saw Scott Palmer there! We ended up spending the whole night talking to him and his wife, Courtnee (do I score points for spelling your name right?). I went to school with “Palmer” and he actually helped introduce me to Zach. So we owe him! He’s been in Afghanistan and is thankfully home safe now and able to enjoy the newly-married life. 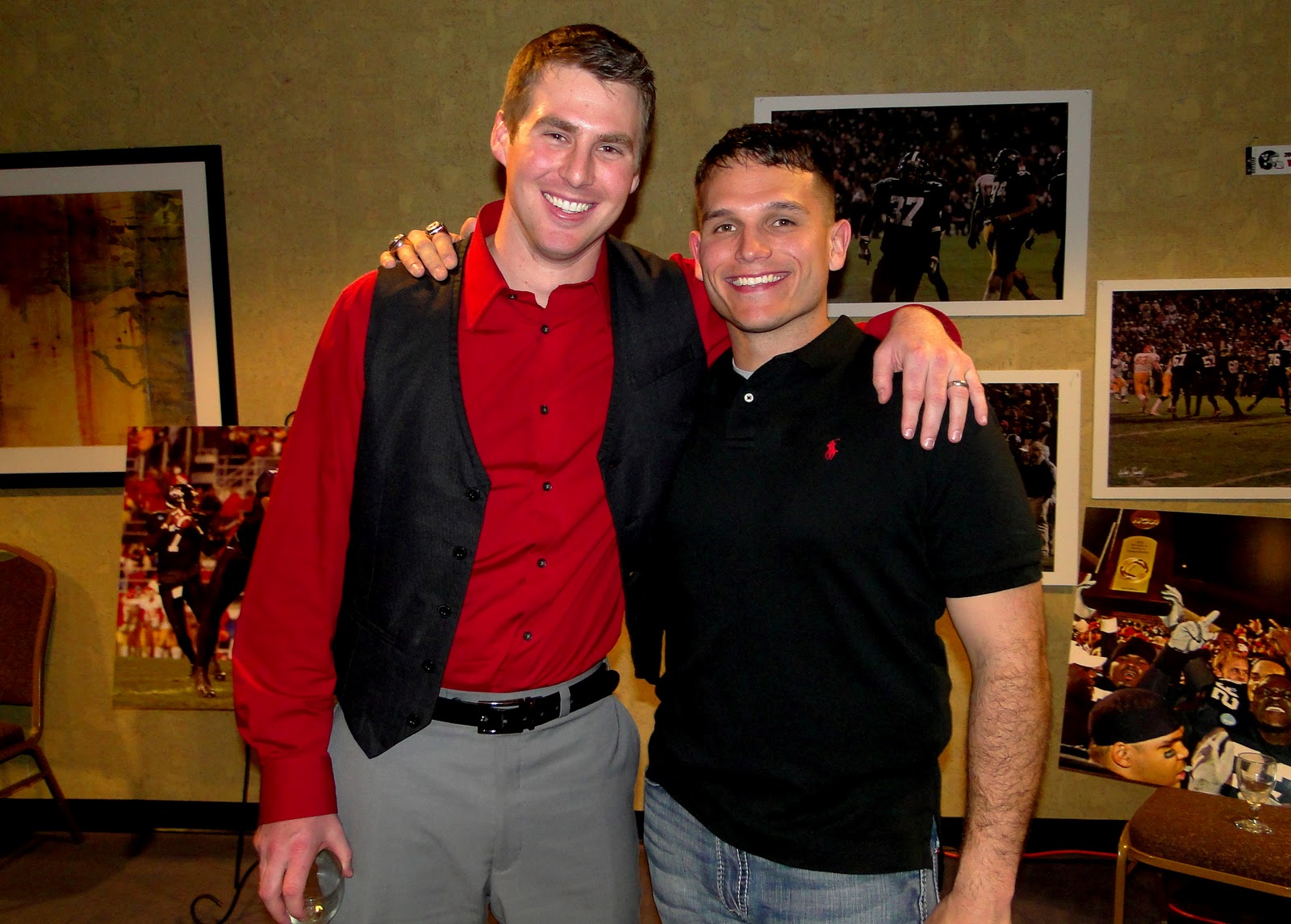 I do not, sadly, remember this guys name but Zach wanted a pic with him 🙂 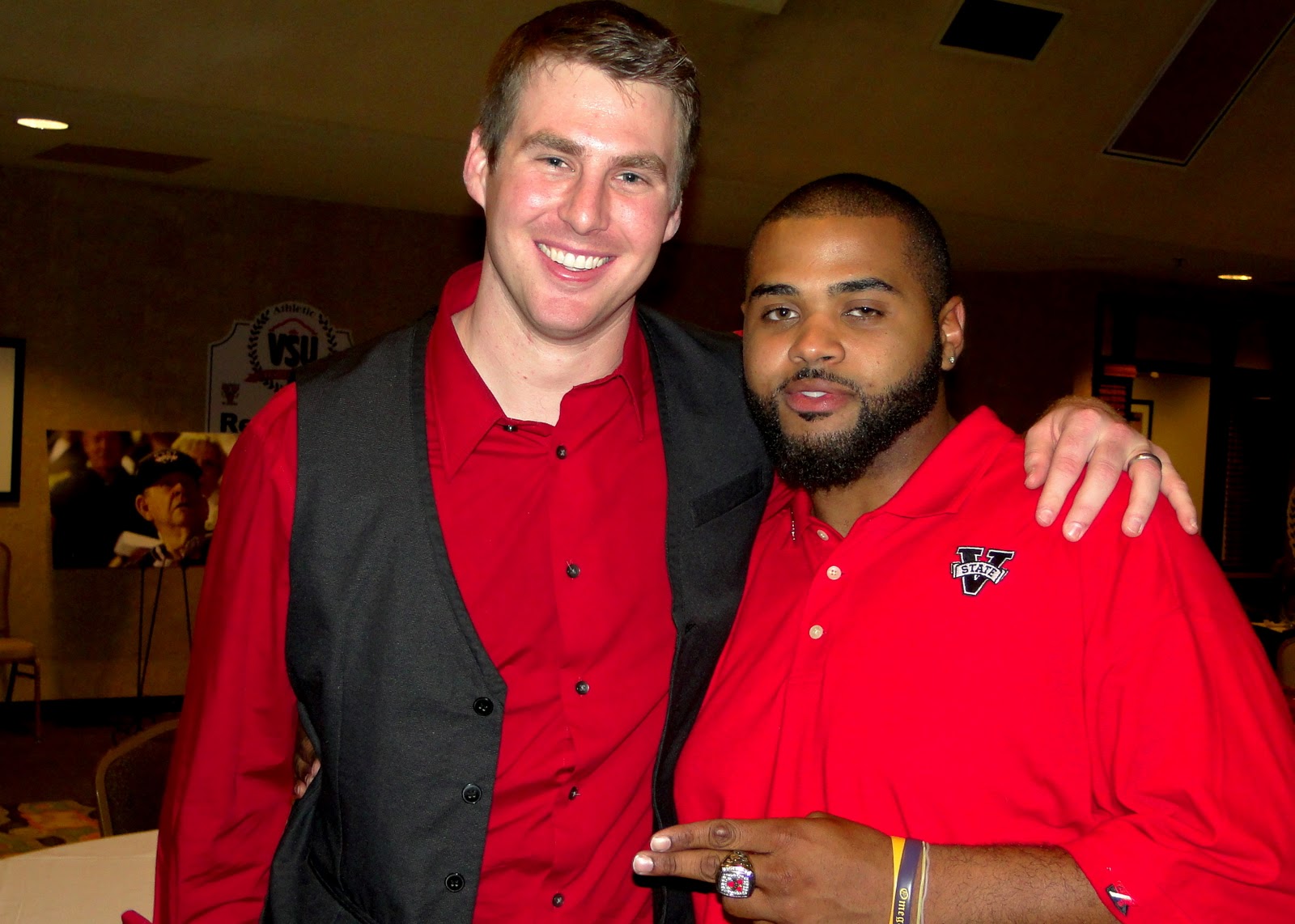 Another one with Palmer! We don’t get to see him often enough! 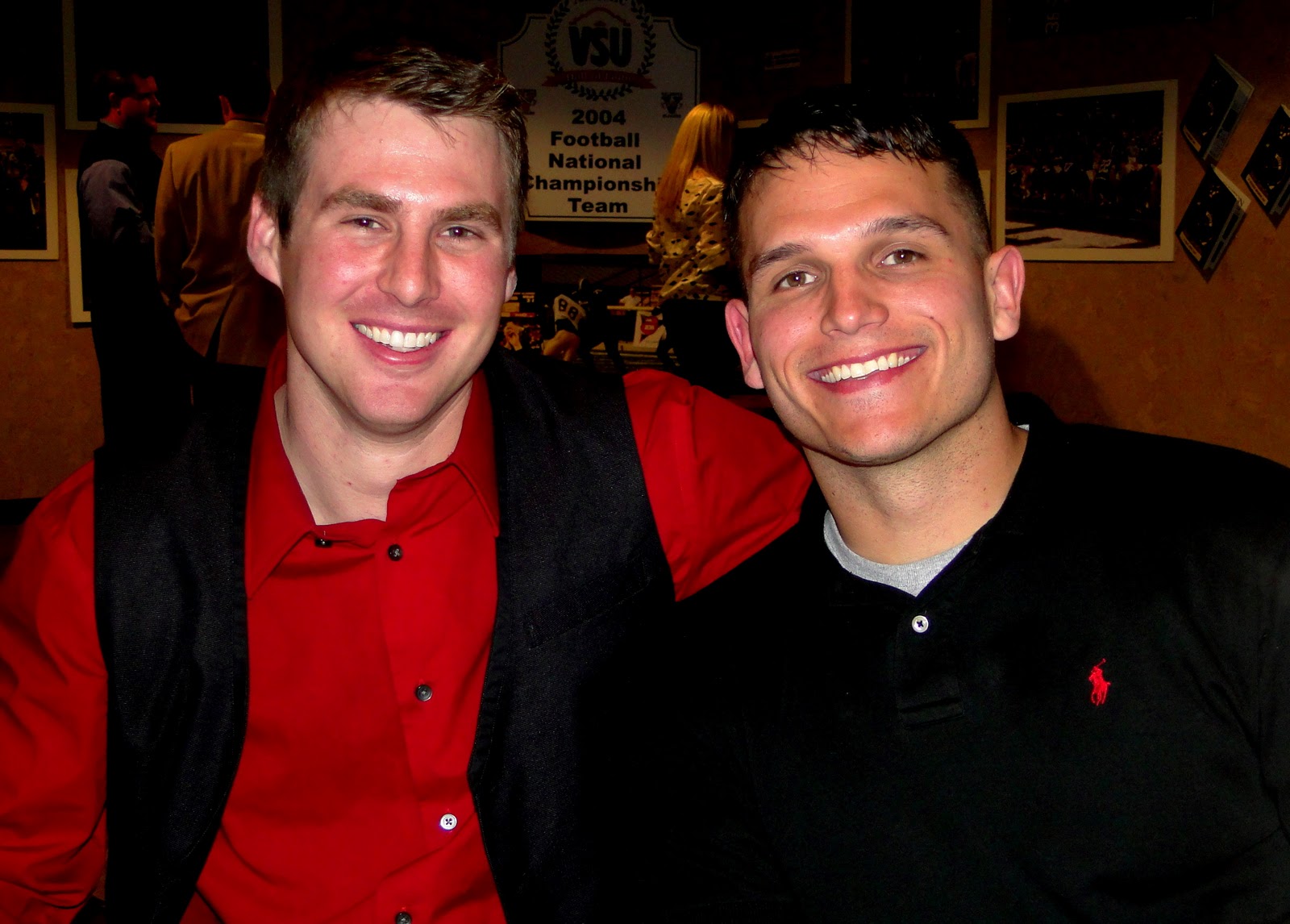 It was WONDERFUL getting to meet Courtnee. When I first saw that Scott had gotten married (on Facebook, of course) I ran out in the living room and told Zach “Palmer got married! And she’s hott!” Now that I met her I get to be her Facebook friend and stalk her anytime I want haha. They are so happy and she is super cool. I love when you meet people that you can just be yourself around and she’s def that kind of person. I told her that all of us girls growing up would say that Scott was a “marriage material” type guy so she got herself a great catch 🙂 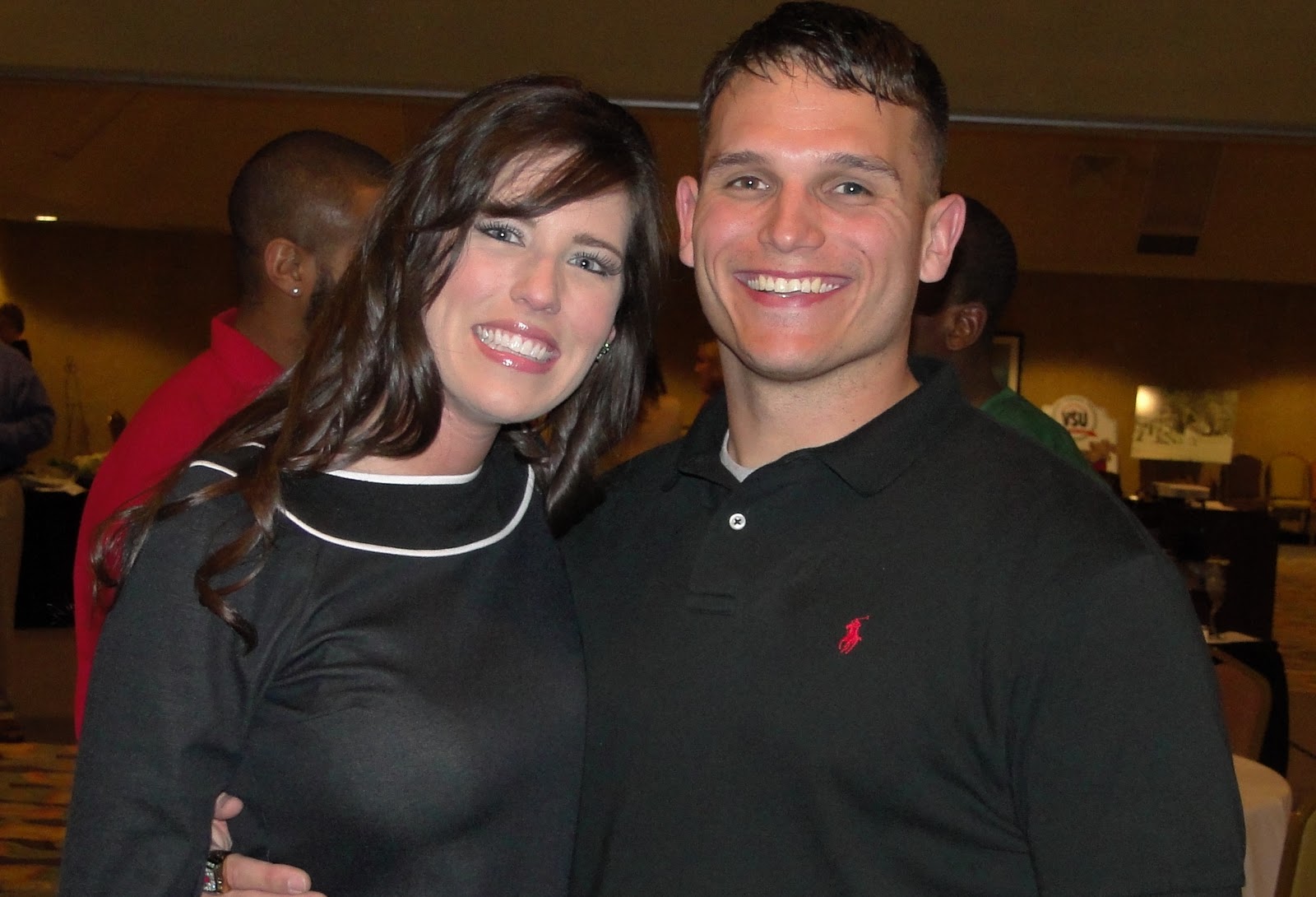 New friends! I totally wish she’d been around during football games, we would have had a great time in the stands together.

(yes, I’m wearing the dress from New Year’s – it was too cute not to get more wear out of) 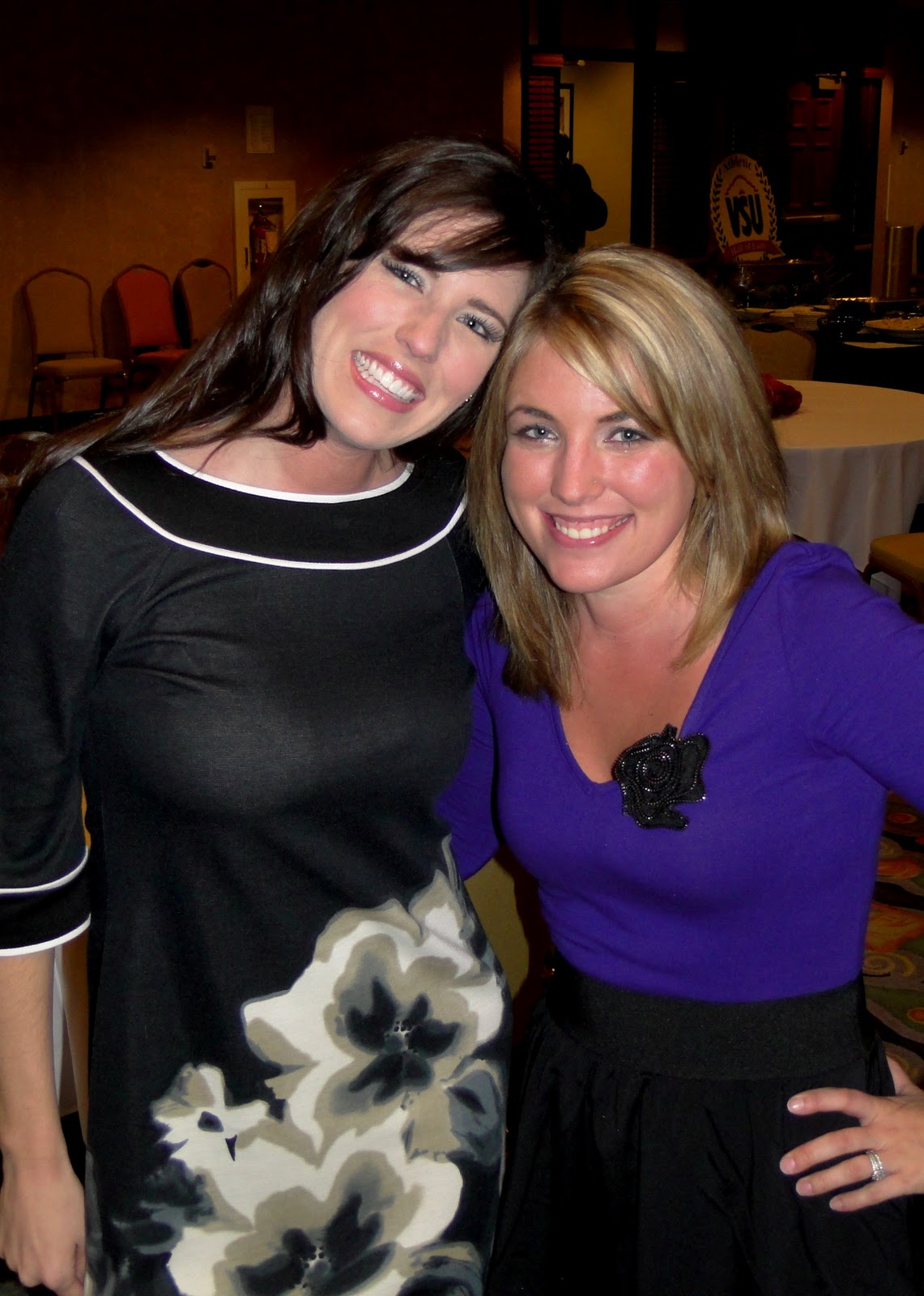 While it was great getting to catch up with Scott and meet Courtnee…that wasn’t the highlight of my night. I screamed like a little girl when I saw TUCKER! Zach’s senior football season, Katie and I became HARDCORE “Team Tucker.” He was the backup quarterback and we would root for him at each and every game. We made him posters. We created a Facebook group. We even got pictures made of him for him to sign for us. Haha. I know he loved the attention and seeing him made all those fun memories come to surface. I really, honestly miss those football days. Duh, I had to have a Tucker picture to add to my collection! He even said “how’s your friend doing?” haha 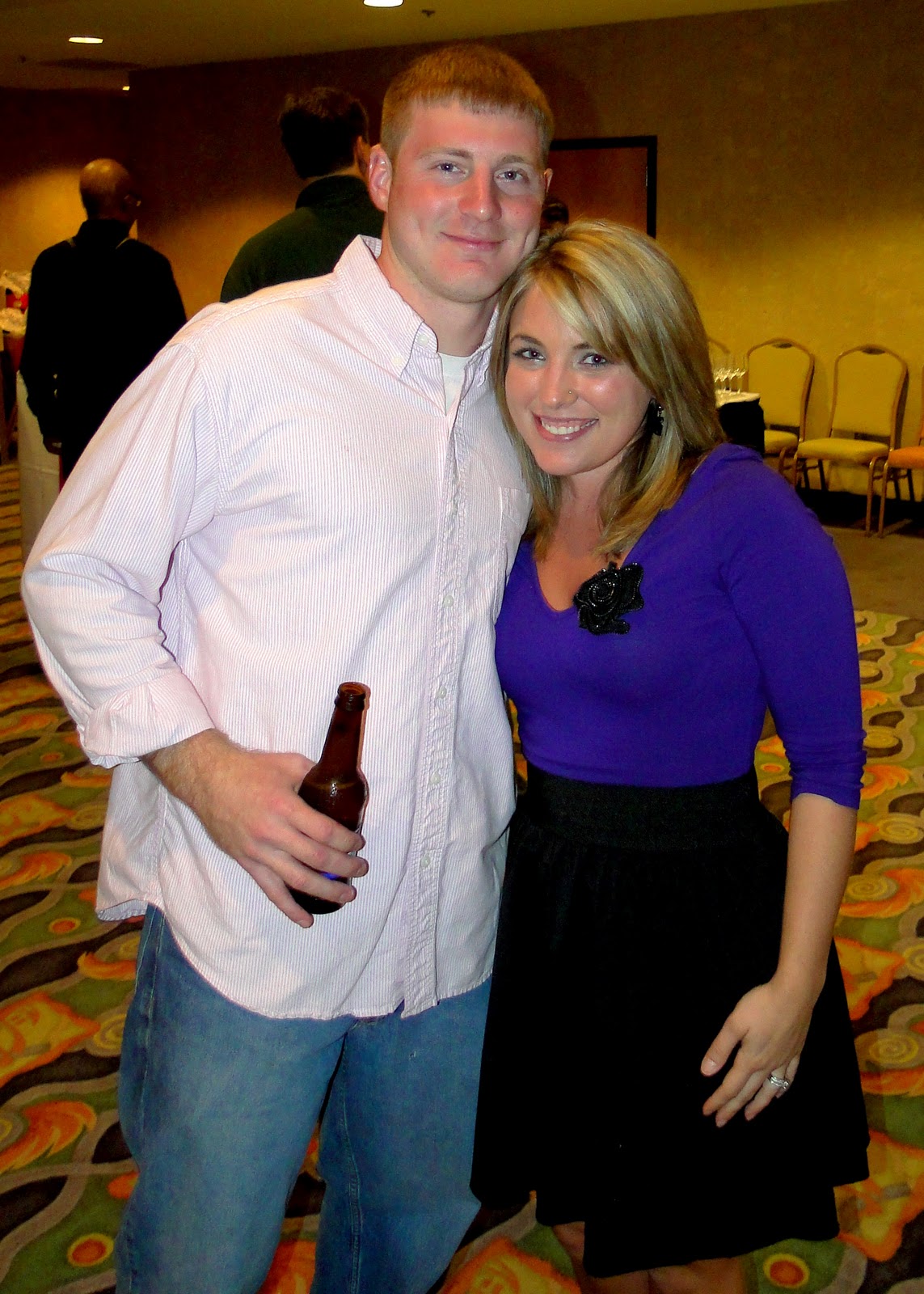 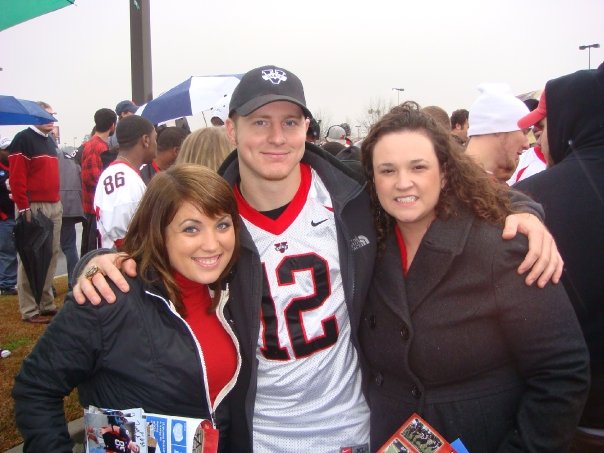 Leaving that night Zach and I were both a little sad. While living in the middle of all the football craziness I didn’t fully appreciate it all. Yes, it did get annoying when all anyone would talk to us about was football. And sure, many of the games were boring. But it was also so exciting. Having something to be so hardcore about and to love so much. You don’t really get those opportunities as an adult, ya know? So I told Zach that I want to go to some VSU games this year too. And I mean that. Sure, it’ll never be the same as when Zach played but it is a chance to rehash those memories together. 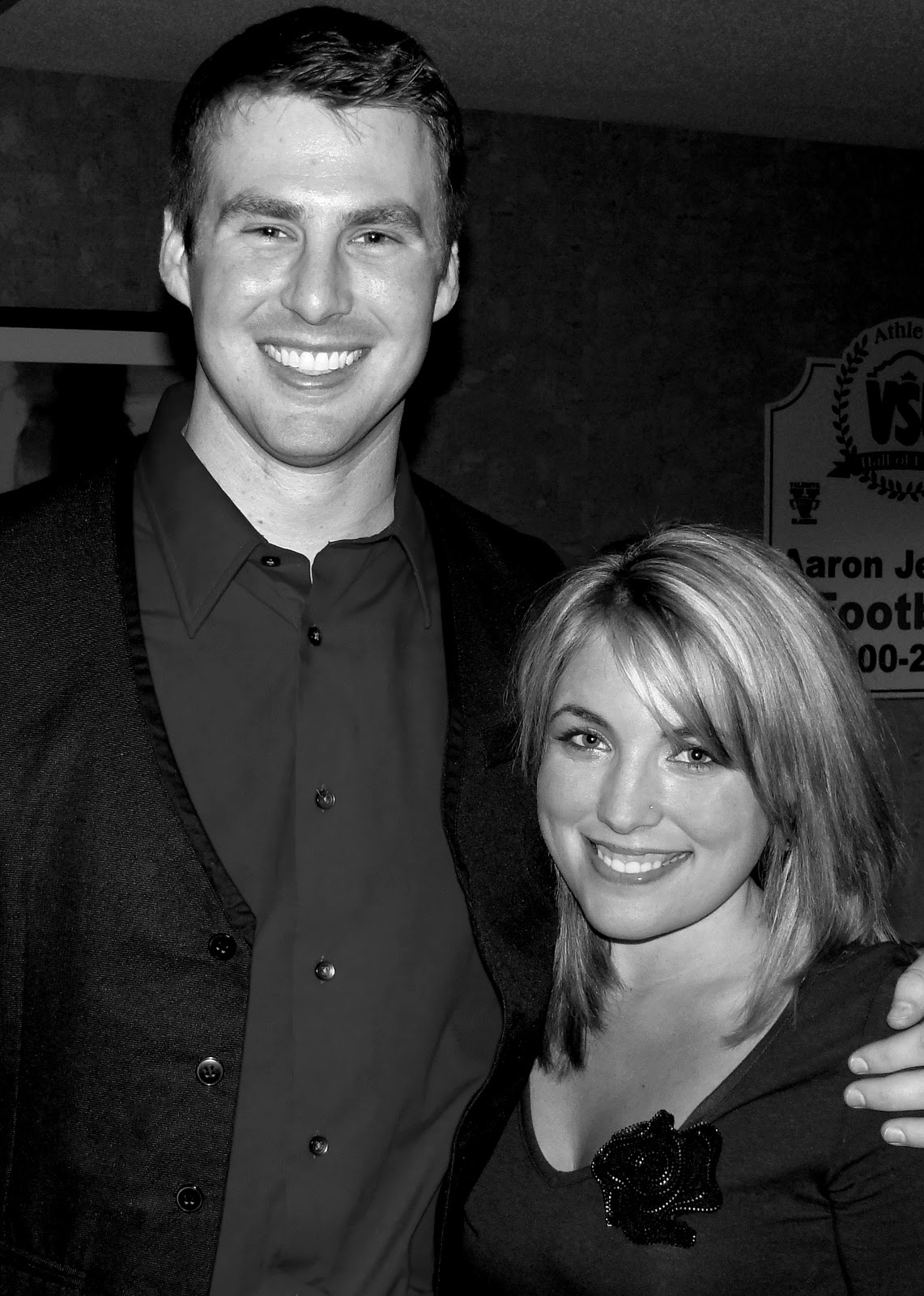 One last Palmer picture ~ hope we get to visit each other soon! 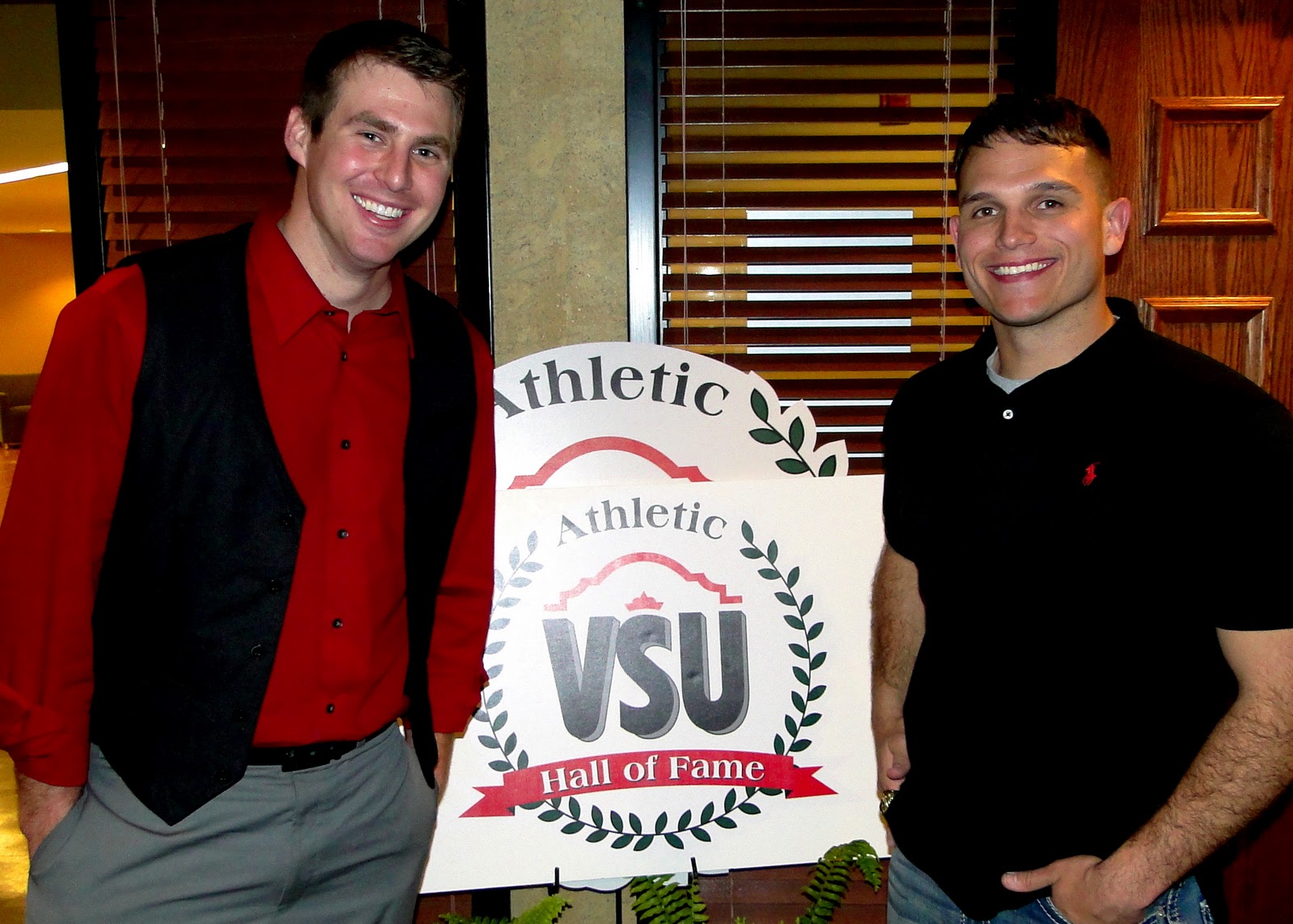 I’m so glad we got to go to this event! It’s awesome that the team got recognition and it was a great time (free food pretty much always means a good time, right?) I can’t wait to do it all again when the 2007 National Championship Team gets inducted!