Tomorrow is the BIG election day!!! I’m personally anxious as we wait to see who our president will be. This is the first election where I feel like I’m somewhat knowledgeable on the issues and have a better understanding of just how important this decision is. I did vote in 2008 but honestly, I didn’t know ANYTHING for myself. I just voted how Zach said to vote because he listened to a lot of news radio stuff and had a ton more knowledge than I did about everything.

This year I watched the first debate (and Zach was out of town when I decided to do it!), heard bits and pieces of the other two, and feel like I understand more about what each candidate has to offer. I’ve asked more questions, listened to more opinions, and read more about the topics. I know a LOT of people get annoyed with all the political talk on Facebook, but personally I enjoy it! I feel like I learn a lot from what people are posting and it leads me to do more research on my own when I don’t understand what is being discussed.

We are very blessed to live in a country where it’s OUR choice who leads us!!! I do think it’s important to vote…but I also think it’s important to only vote when you know who you’re voting for. When you’re in that polling booth it’s SO tempting to click on some random names. Resist that urge! I only voted for three people. The president (Romney/Ryan…anyone shocked by that one??? haha) and two local offices where I know the candidates personally (Chris Prine for Sheriff and Tim Golden for Senate) and know they will continue to do a great job in their positions.

This year I did early voting. Oh my goodness it was SO EASY. I am glad I took the kids with me and I plan to always take the kids when I vote. I think it’s important to teach them from a young age about these things. I NEVER had a CLUE about political stuff and when you don’t know you just end up following whatever the celebrities tell you to do. I believed all kinds of crap b/c some celebrity said it was true. I’d also believe all the political agenda movies and tv shows because I didn’t know any better! I didn’t know to ask questions or to dig deeper. I want my children to know more than I did growing up and it does start young!!!

Kye asked what we were doing so he and I talked about how in the Lion King they didn’t choose a king. Simba was born and was told from a baby that he’d be king but that in our country we get to vote and decide who gets to lead our country. I explained how important it is and how we are so blessed to get to vote. He took it SO seriously and even filled out a form they had sitting at the tables for the early voting. He said he had to take it home with us so he could finish voting 🙂 He also wore his sticker with SO MUCH pride and will point out other people’s stickers and say “they voted!” 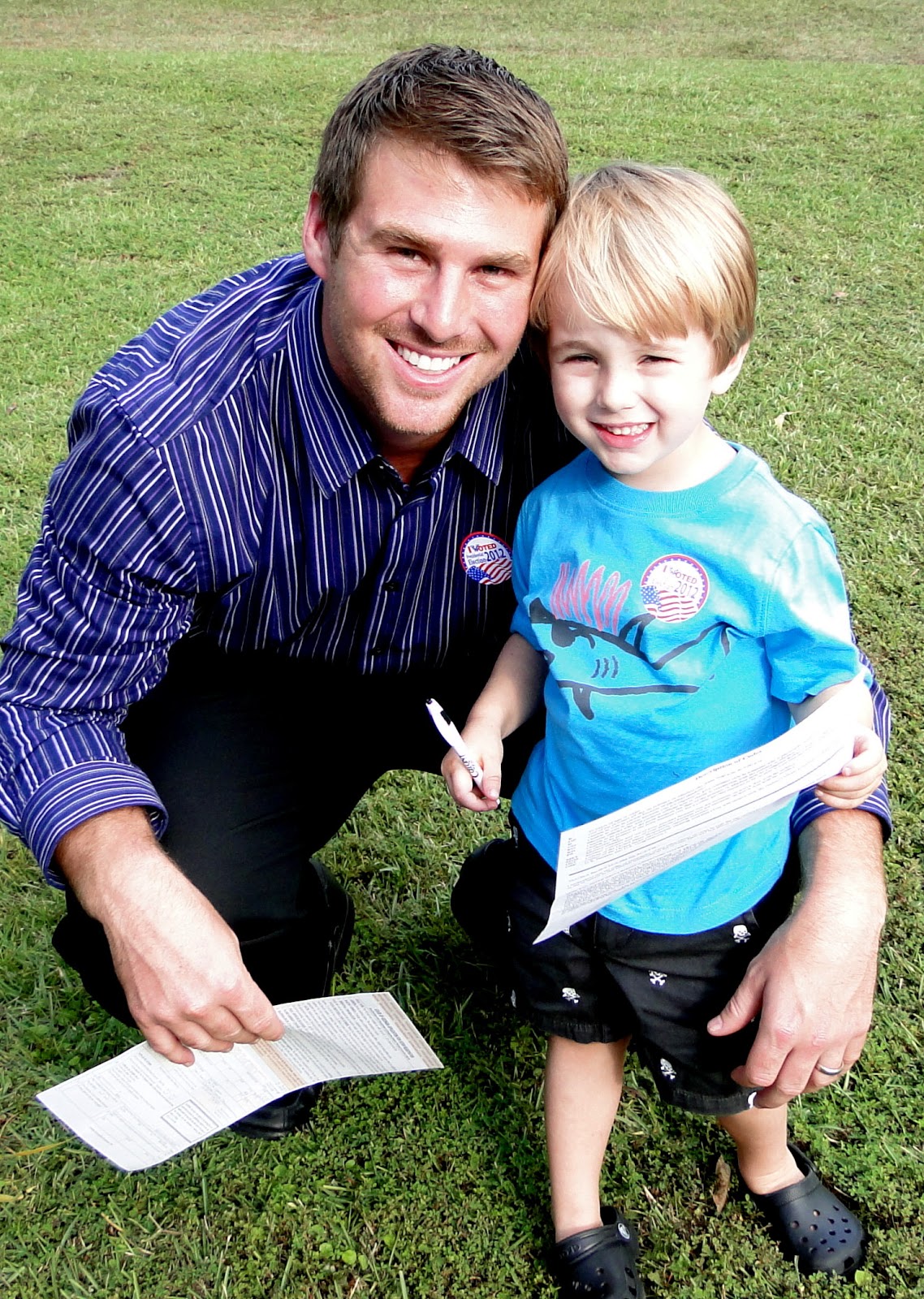 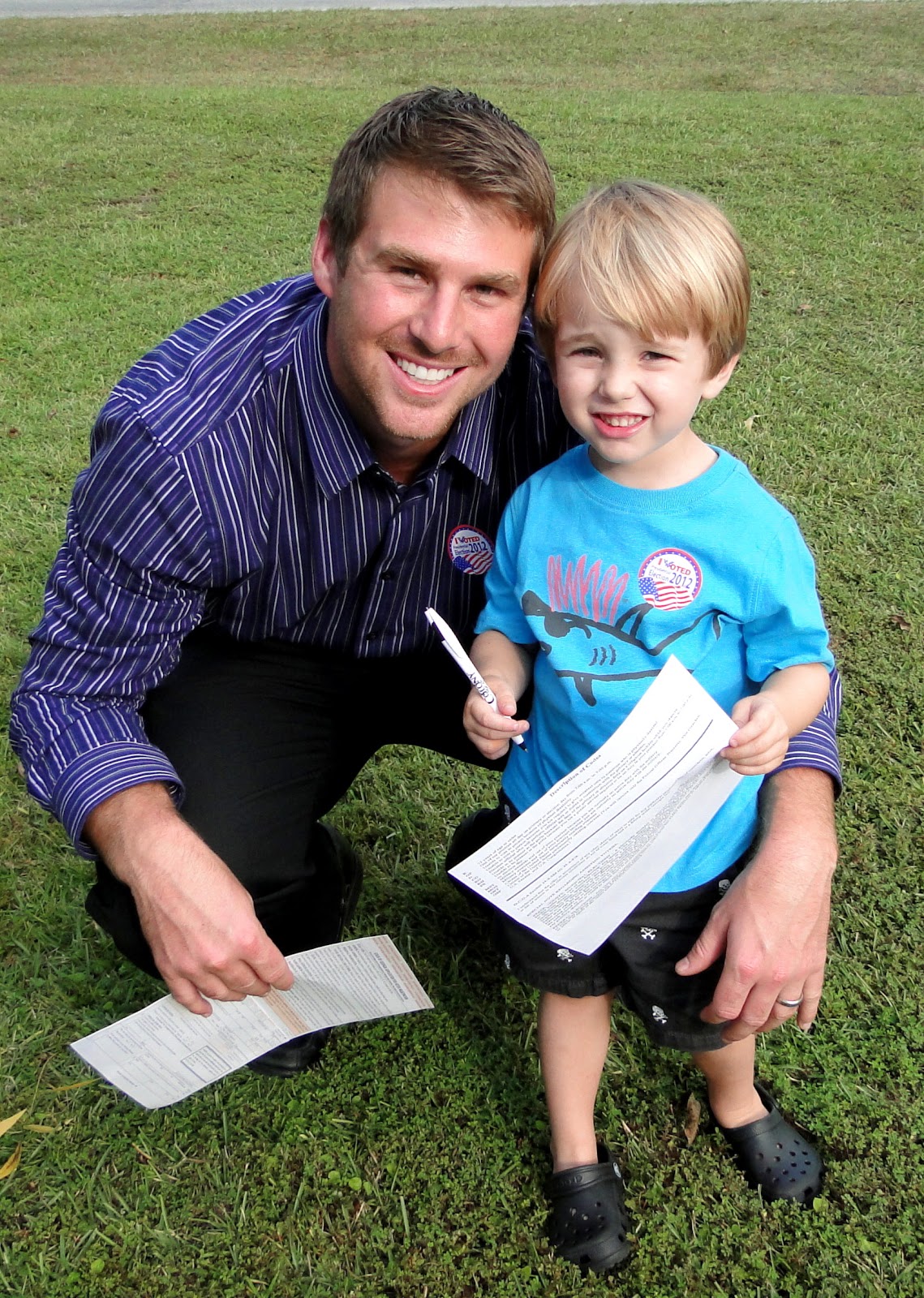 The whole thing took under 15 minutes and that included talking to the million people we ran into up there that we know (small town life…gotta love it!). It seems like EVERYONE I know voted early so tomorrow it shouldn’t be too crazy at the polling places which is good for those people who waited!!! 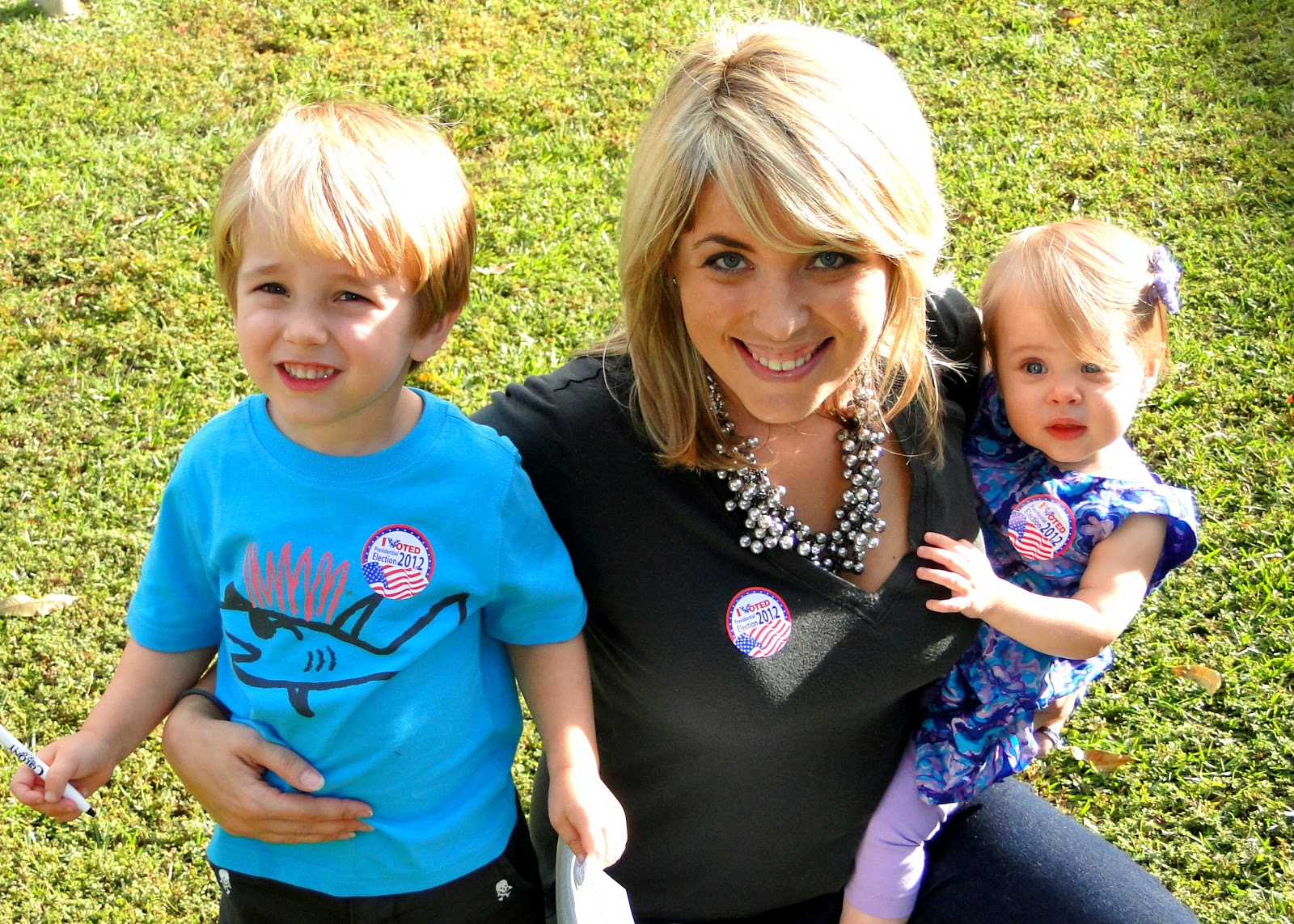 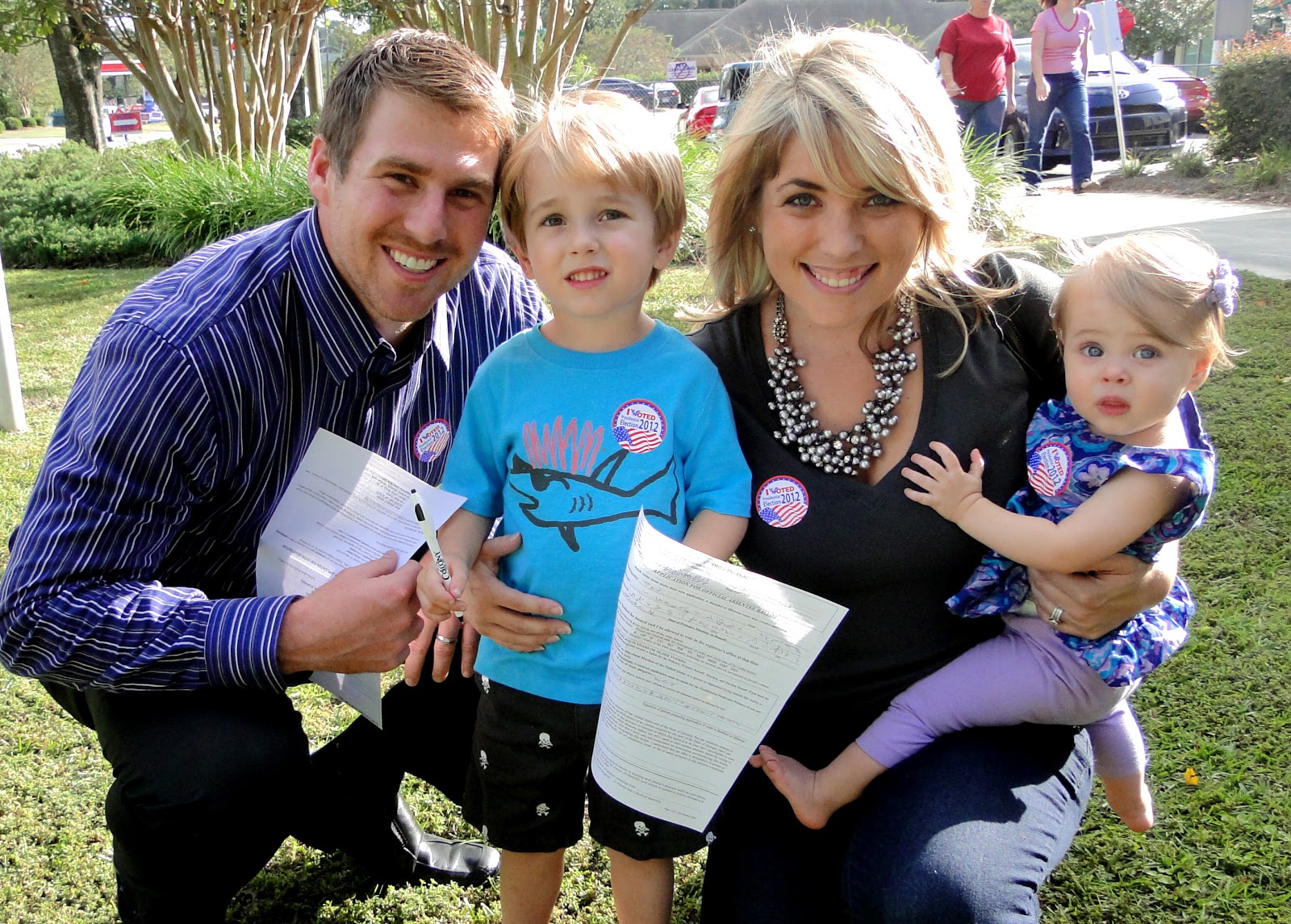 I am so thankful to live in America and to have the rights and freedoms we do. Be sure to enjoy your right to vote in this important election!!! I’m ready for Nov 7th to be here so we can finally KNOW the results! It seems like it’s been suuuuuch a long election year, doesn’t it???