Valentine’s Day was a little crazy for us this year! Typically I like to have Kye make a craft to mail out to friends and family but we skipped that this year. Instead we just focused on his classmates for his school party as well as our little family 🙂 He did make a card for Colt and Payton, of course, as well as G-Mama but that was it for the extended family this year!

Kye was SO excited for his classroom party! He wore his skinny jeans for the ladies 😉 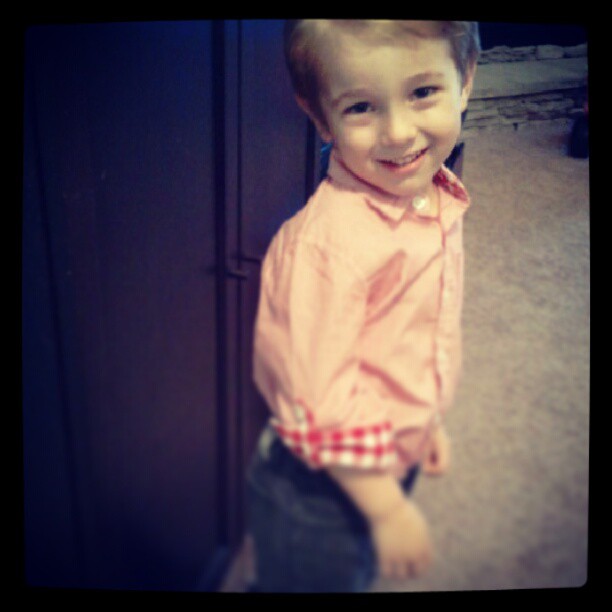 Last year I went with a boxed set of cards for him to pass out at school. This year I realized there are a TON of cute ideas out there that actually end up being cheaper than the box sets! I found these free printables online and bought some glow sticks from the dollar store. I used the string that came with the glow sticks to attach the card to them…super simple and super cute! And I LOVED that it wasn’t more junk food. I swear the kid came home with more candy than he even got trick-or-treating at Halloween 🙂 You can see more of my Valentine’s Day ideas here (including the FREE printable I used!)! 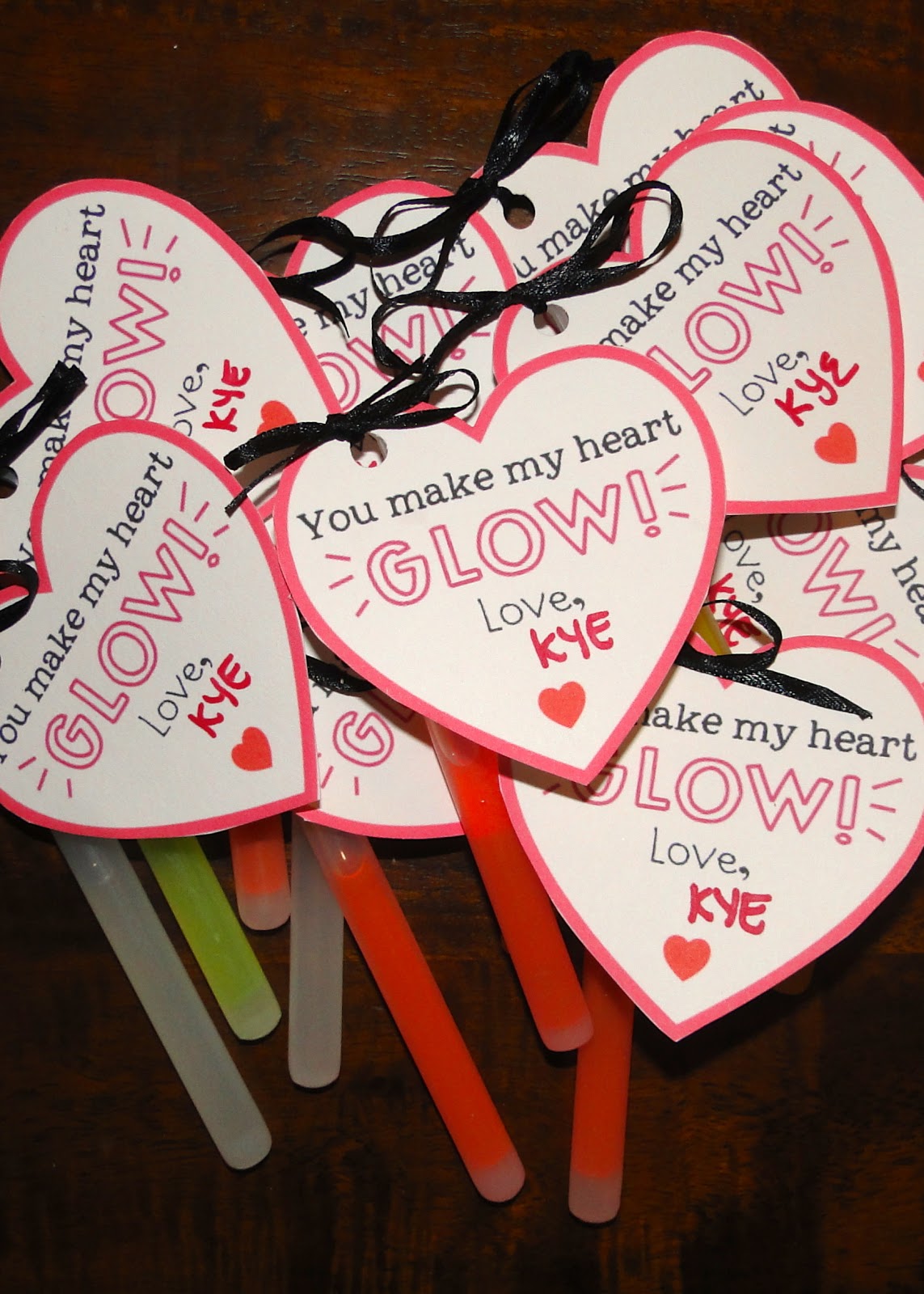 Didn’t they turn out cute? And what kid doesn’t love glow sticks? 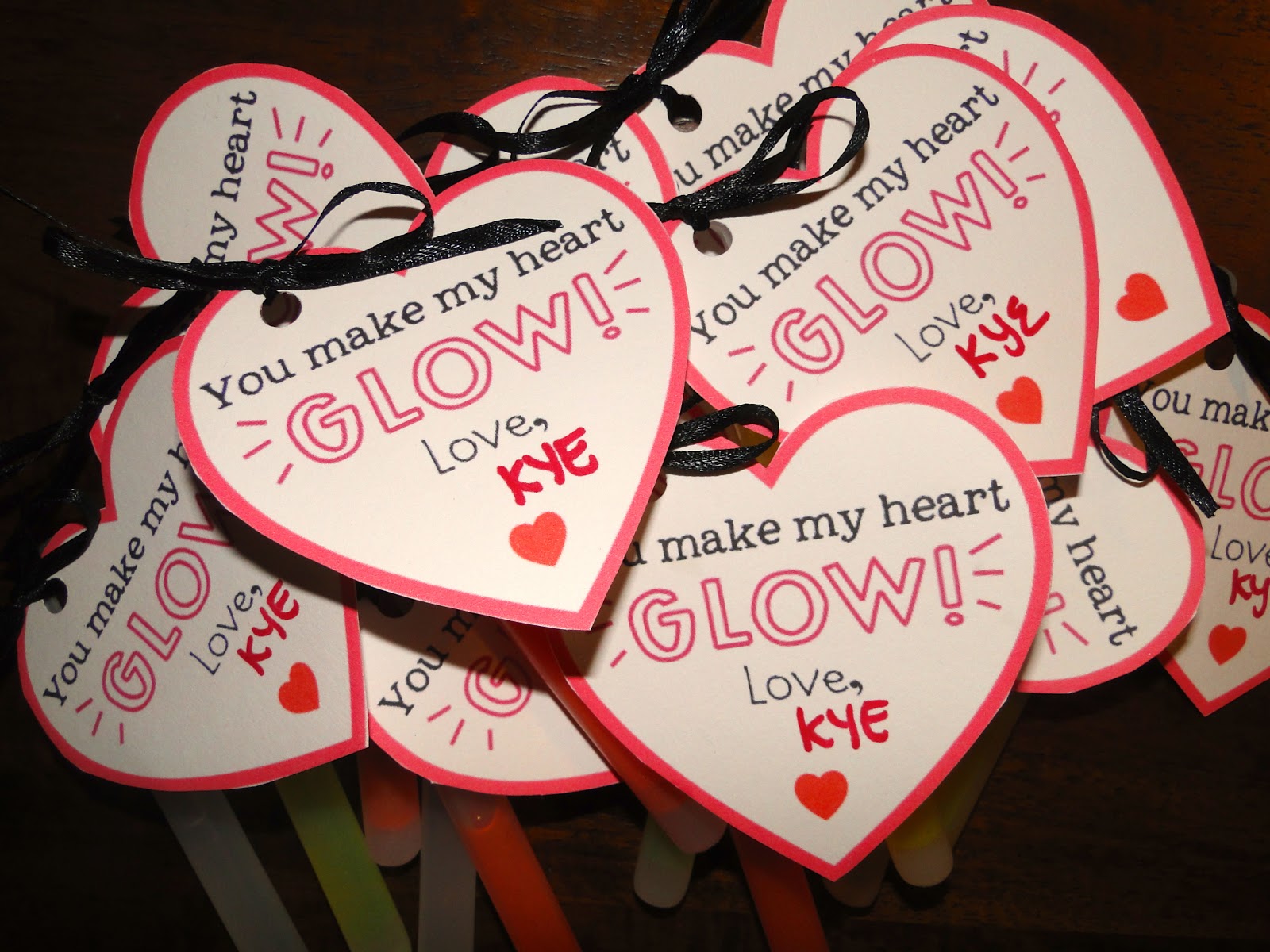 For the most part Kye came home with the regular mix of boxed cards and candy but I did think the Valentines that his teachers sent home were SO CUTE. I took a picture so I can remember it for the future…I might steal the idea 😉

It says Let Jesus Be Your Lifesaver! 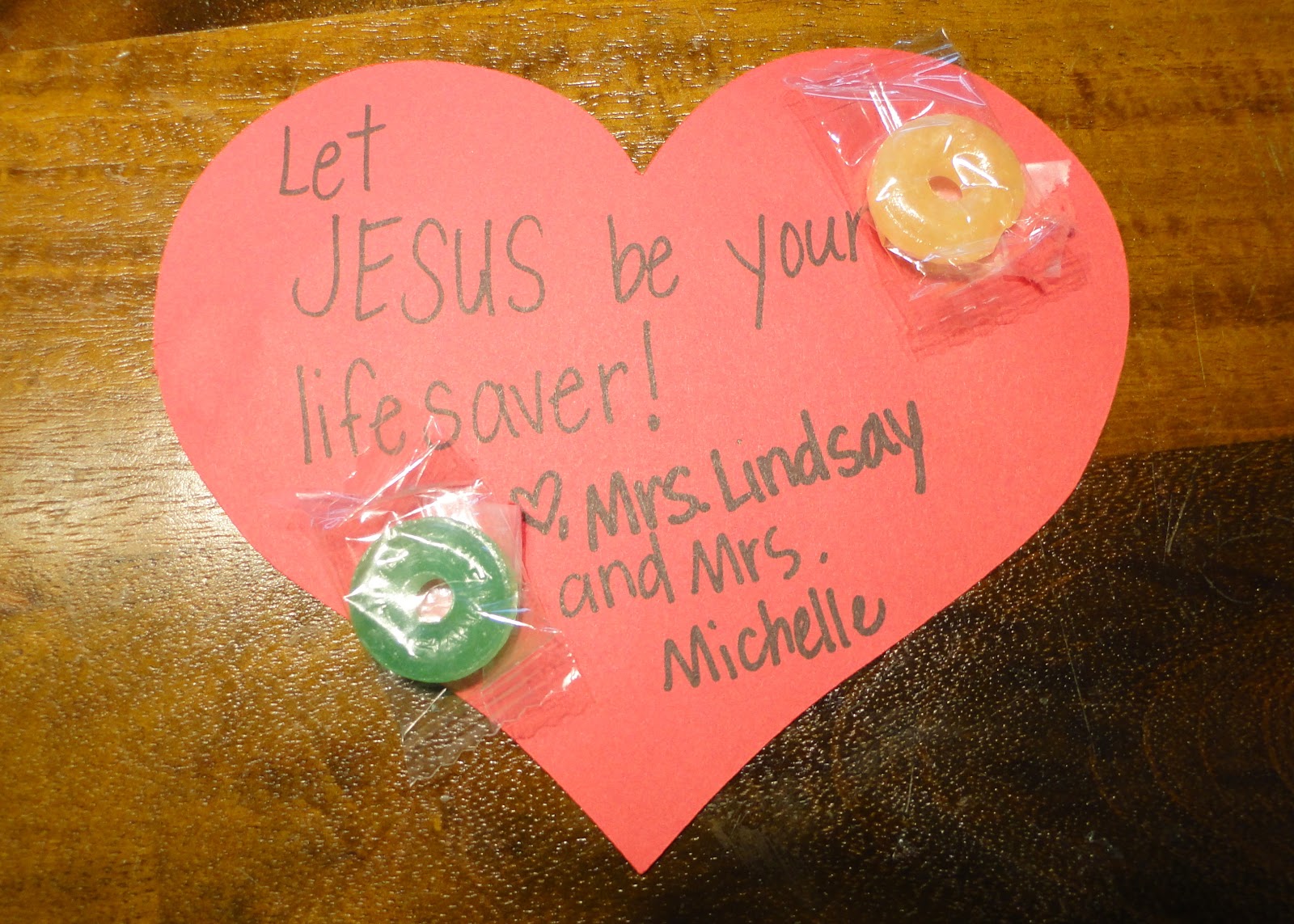 The letters making up the word “Valentine” are in red using the verse John 3:16 “For God so love the world that he gave his only begotten son that whosever believes in Him should not perish but have everlasting life” Love it!!! 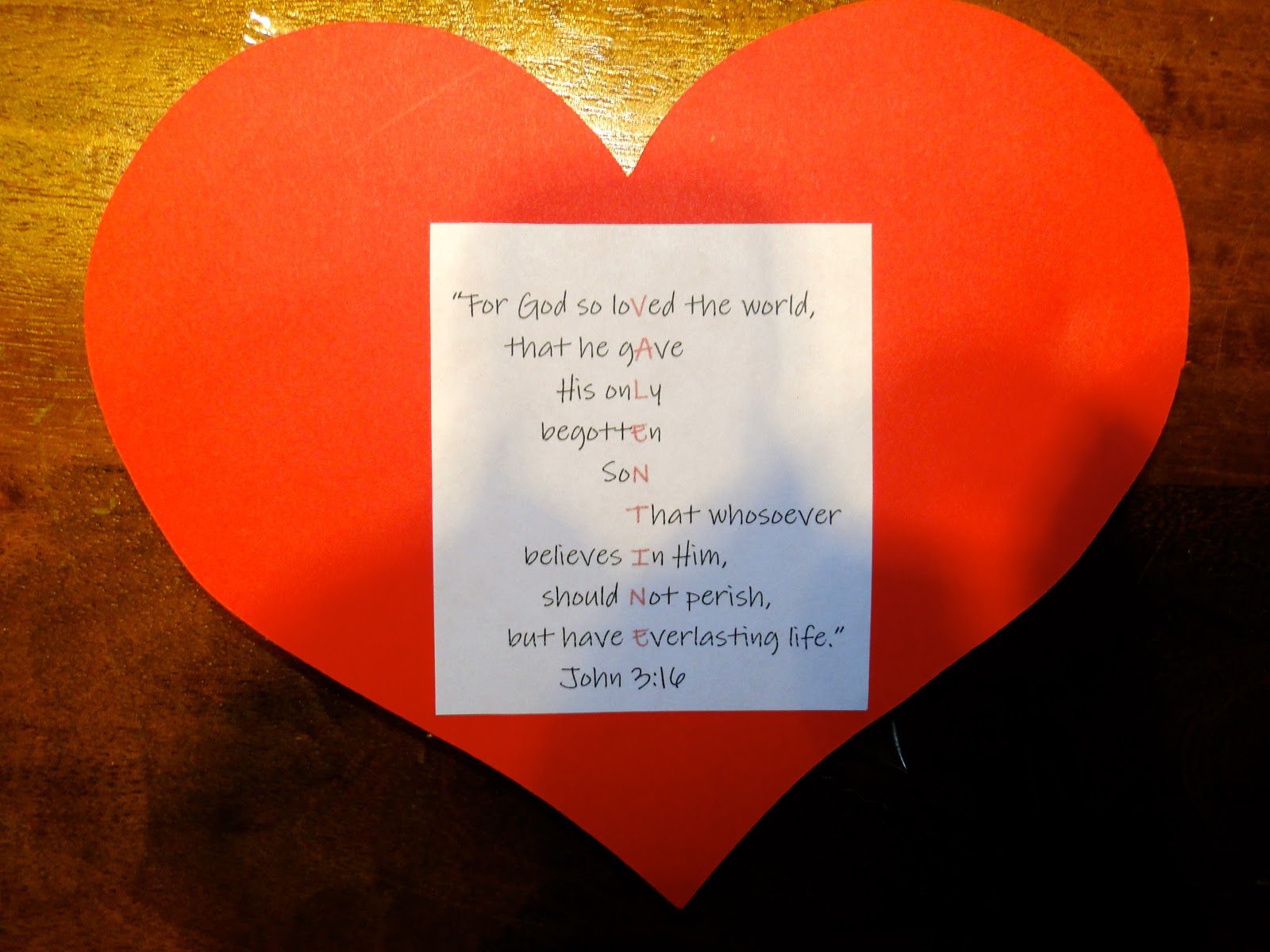 One of the treats Kye got was a Fun Dip! First time eating my personal favorite candy 😉 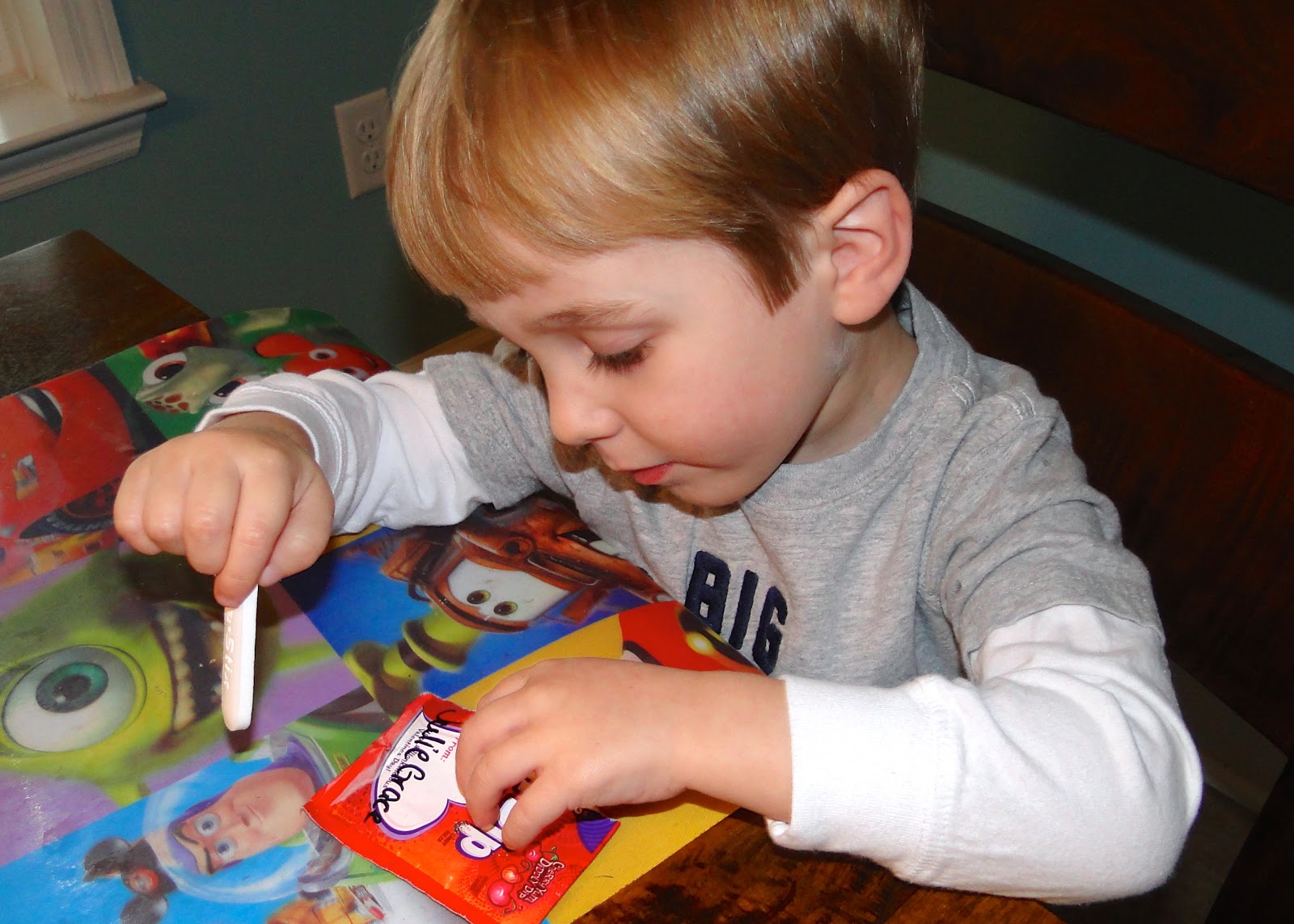 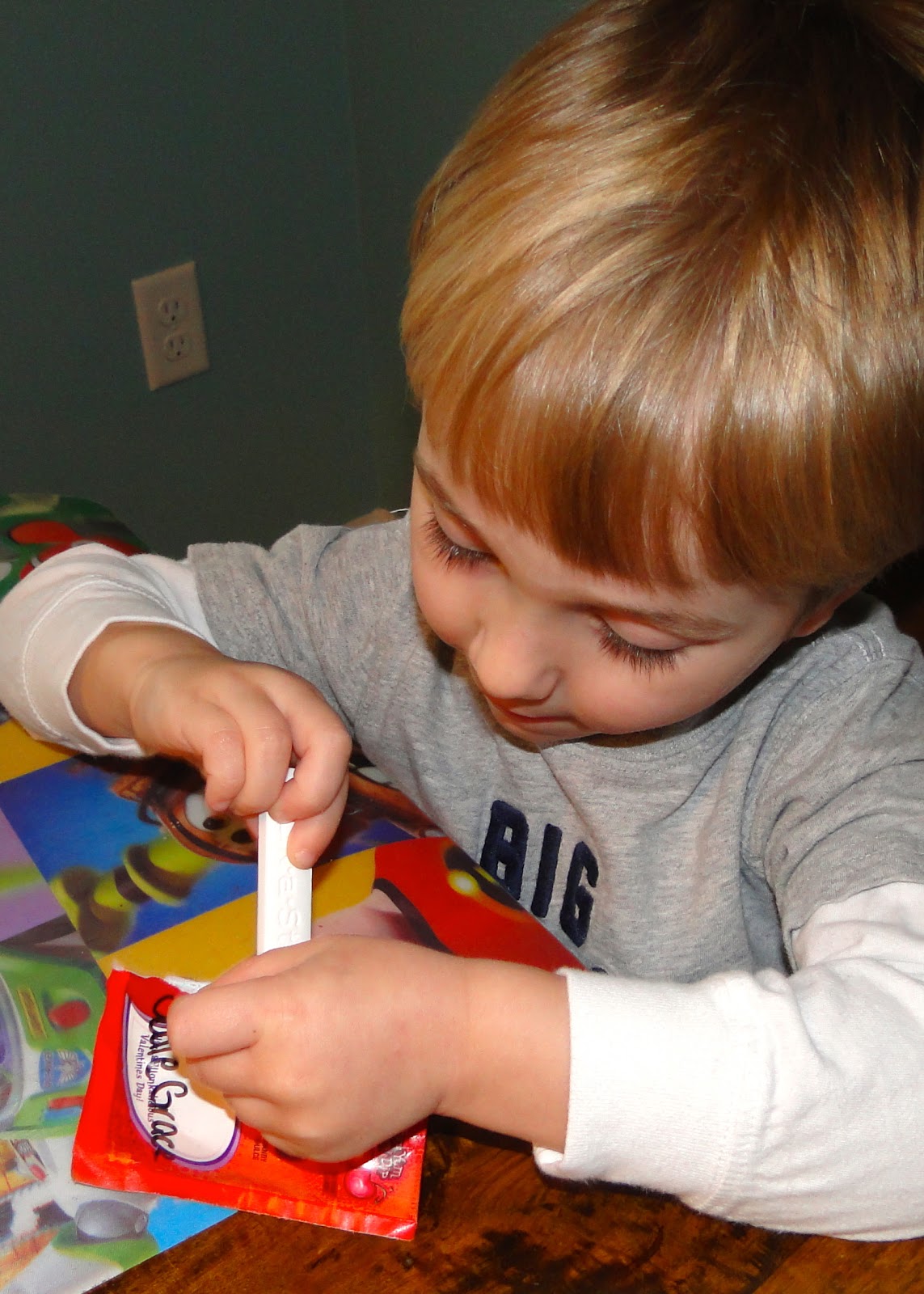 I pulled out some stamps and other craft stuff I have and let Kye make cards for each of us to put in our Valentine’s Day box. He was so excited! 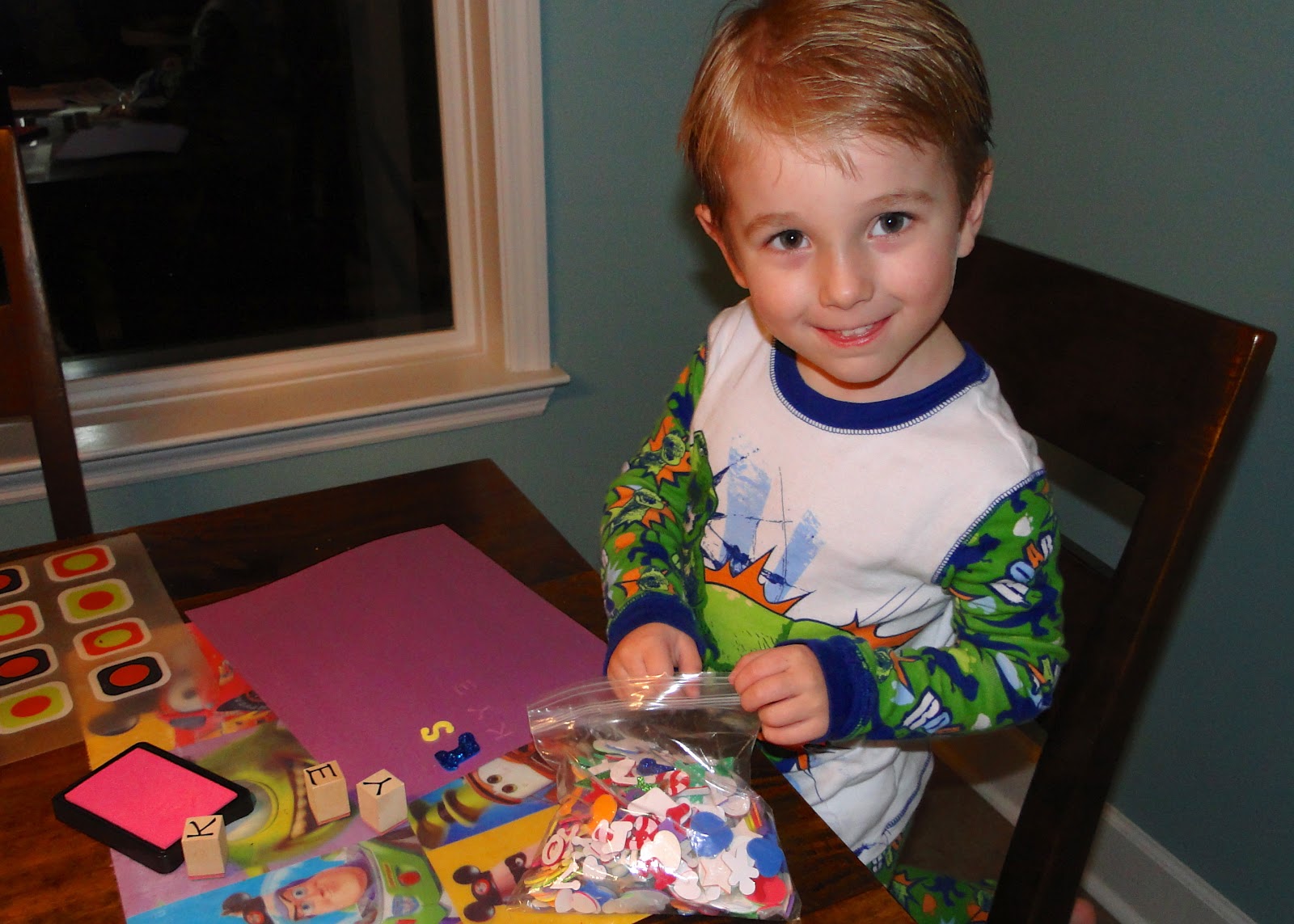 I was SUPER proud of his writing skills! This is the first word he’s ever done COMPLETELY on his own. No help! Of course it’s a Valentine’s for his Daddy 😉 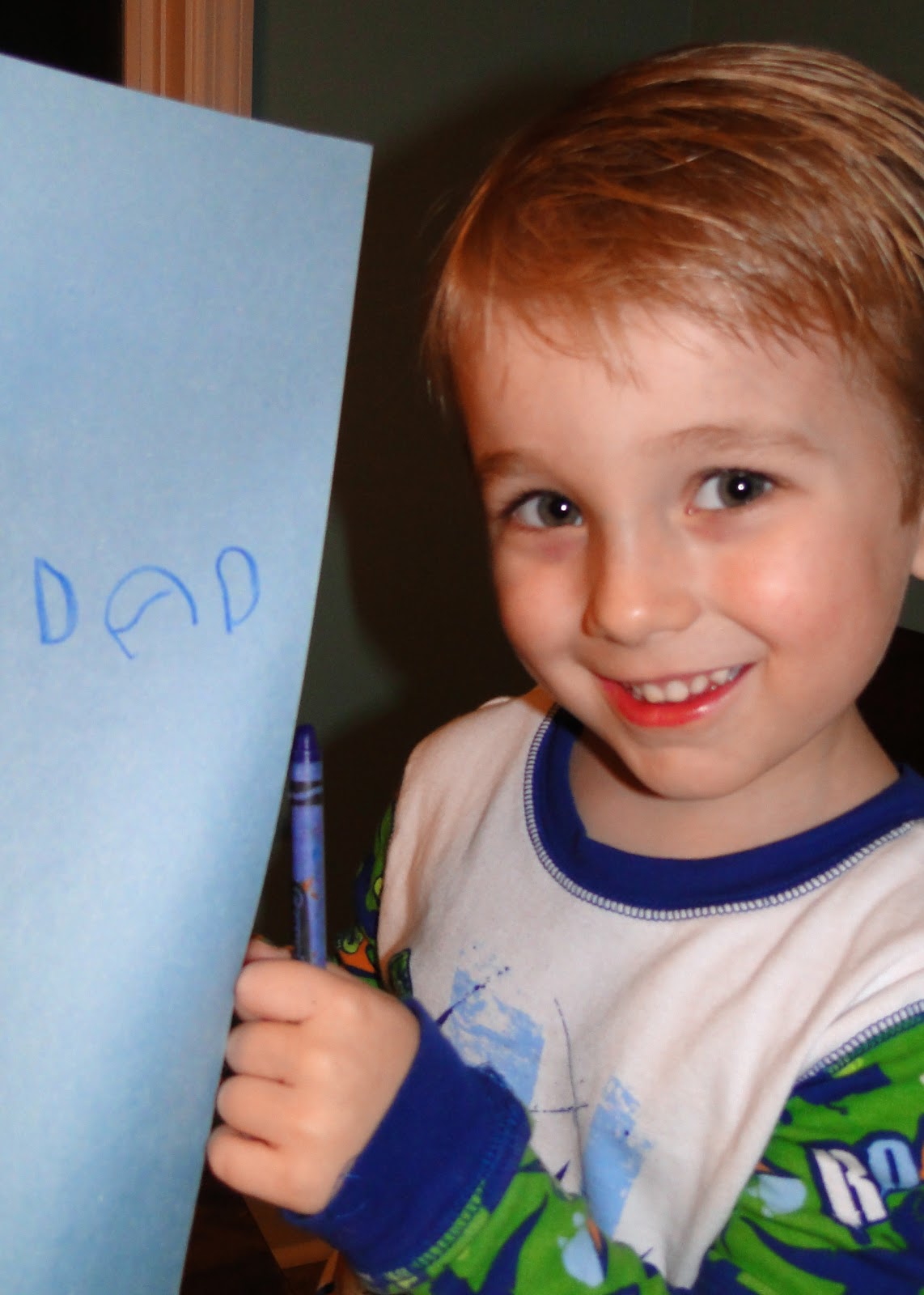 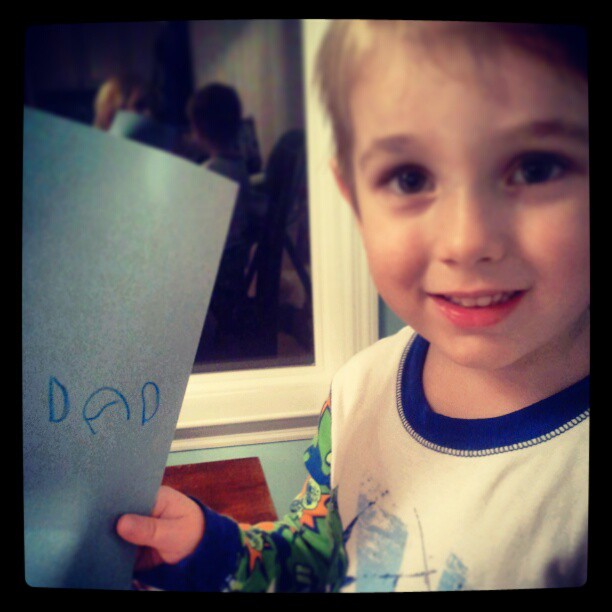 Putting the cards in our box! 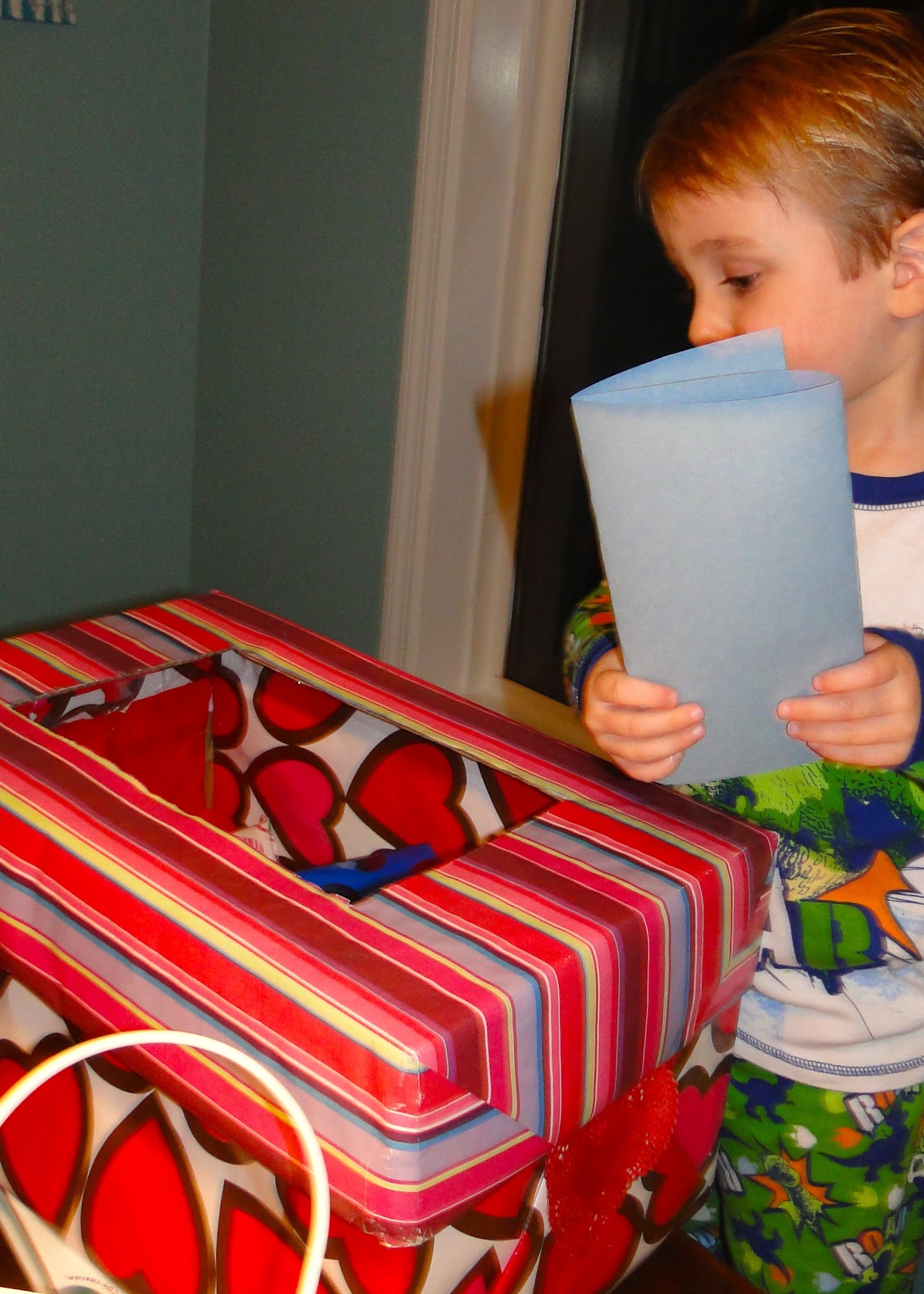 I PROMISE we did make a bigger deal out of the holiday than it appears 😉 We just happened to be on VACATION when we celebrated! Posts to come!!!