A couple weekends ago I got a call from Casey (on a Friday night) asking if I wanted to go to the Bridal Show (that next day). Can you BELIEVE that I didn’t have any plans?!? It was two weekends in a row that we were plan-less. The Sat of Jan 15th we actually spent the morning with Big Daddy and Little Mama just visiting then had Matt and Robyn for dinner…so random for us (we are weeknight hang out people because weekends are usually travel, travel, travel…but not lately!).

The morning of the bridal show I actually went to my first chiropractor visit. Since Zach’s back has had issues I did a lot more lifting than this girly-girl is used to and actually have some of my own back pain. It was FREAKY going in to get it adjusted! Everyone said I’d like it but I pretty much hated it. I didn’t like hearing my back pop and didn’t like feeling it pop that way either. Gives me that nails-on-a-chalkboard feeling! I think it helped some though and I’m hopeful that if I’m careful all the pain will completely go away 🙂

Anyways after the chiropractor I met up with Kye and Zach (who were at Lowe’s…post to come if I can ever get Zach to upload his pictures from his phone!) and we prepared the Lord’s Supper for Sundays church services. Which was also a mini-adventure because I couldn’t find the grape juice and freaked out. I called like everyone in the church directory before realizing I had to PUSH the cabinet to open it instead of PULLING. Ugh…embarrassing. Plus the city of Valdosta had NO water that day which made the whole process more interesting (it was pretty crazy. The whole city was without water for the day and then once it was back on everyone had to boil it to make sure it was safe…glad we live in the county!).

I rushed from church and met Mom to ride together to the Bridal Show (wasn’t it sweet that Casey thought to include her?). Since Casey’s not engaged (at least not yet) we all just pretended that she was a bride so she could register to win stuff and we had a valid excuse for being there. Mom took advantage of it as an opportunity for Aflac leads, Mom and I both looked at all the booths for ideas for my Stella & Dot one coming up, and Mrs Charlotte was on a mission to get Casey’s wedding BOOKED. And it’s at least a year or so away haha.

It was SUCH a fun time though! Courtney and Little Mama were also there but had to leave before we thought to get a group picture. I cracked up because ALL six of us were wearing Stella & Dot jewelry! And we didn’t even plan it 🙂 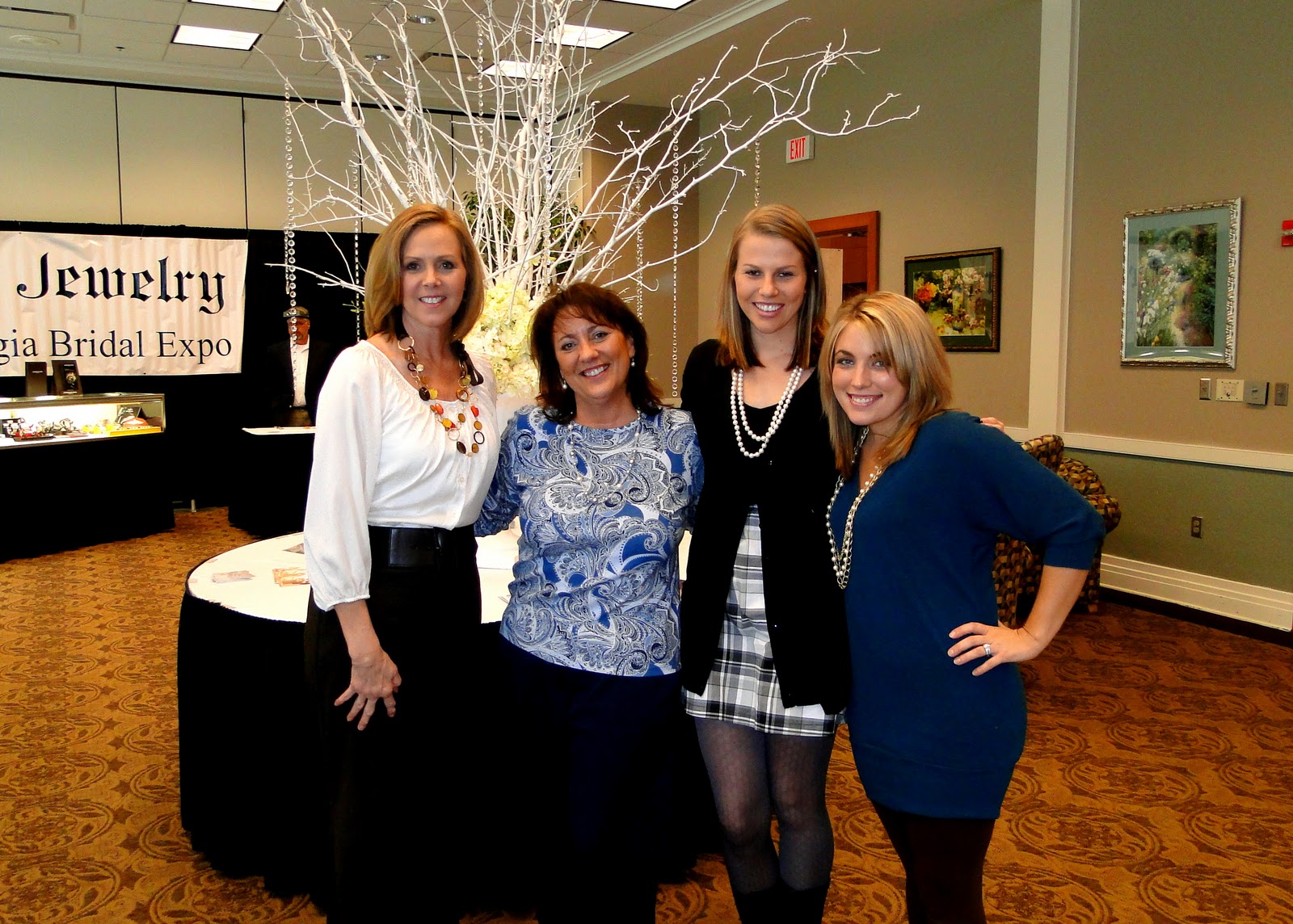 I totally wish I could have afforded to have a booth at the Valdosta Bridal Show (but at $350 I don’t think that’ll ever happen!) because it’s so much fun. I’ve been many times. As a bride it was great because you get a bunch of free stuff and win prizes (I got a free engagement photo shoot from one show in Florida and a picture video to play at the reception for free in Valdosta! Score!). Even when I’m not a bride though (which will be every time I go huh? That’s kinda depressing…) it’s still a blast. I LOVE:

1. all the food (I didn’t eat all morning so I could PIG OUT.)
2. all the freebies (I scored several reusable shopping bags, chip clips, pens, and cups)
3) always getting to see Javon and his awesome work (especially the year that he had Zach and I featured in a HUGE life size picture!)
4) the fun girl time (I even ran into two old friends I haven’t seen in ages and am now looking forward to hanging out soon with!) and
5) the chocolate fountain! I LIVE for that thing!!!

It was an odd feeling to be walking from booth to booth getting information to use for planning stuff for my kid rather than my wedding. I’m old. haha. I did ask several photographers about pricing for portrait sessions and dang, people will rip you off for that junk! How hard is it to take your camera, snap some pictures, and put it on a cd? I will never pay for images. I will always want a cd and that’s it. I mean I don’t even typically print off the images anyways!

Anyways while I hope that Jordan proposes soon (b/c, duh, I adore him and Casey already has a pretty awesome wishlist of rings) I also wouldn’t mind him waiting awhile so we’d have more excuses to go back. After she gets married we’ll have to find us another bride so we can still go…guess Mom needs a ring on that finger 😉

(I know the other picture is practically the same but it’s so good why not have both?) 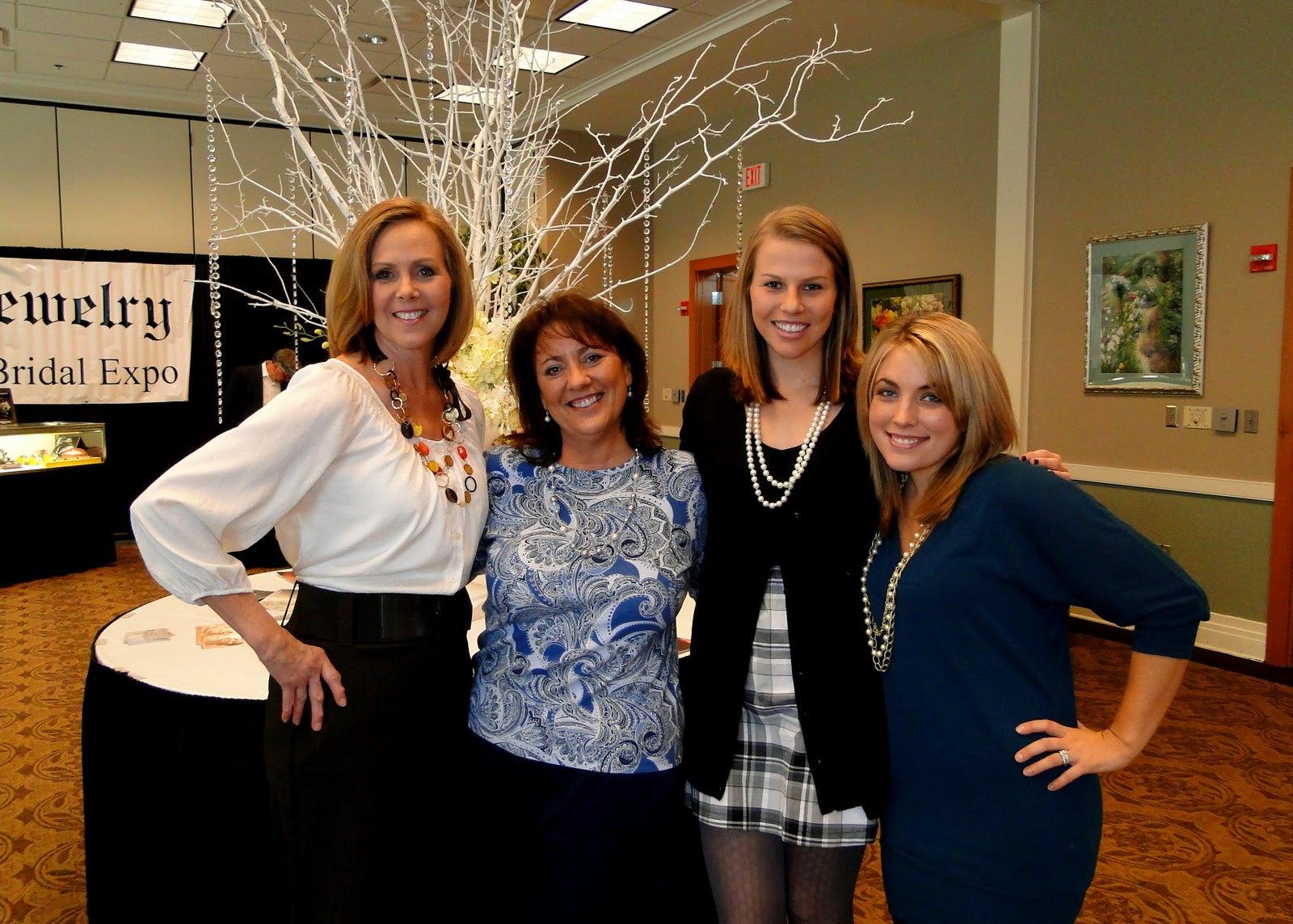