When people “accidentally” get pregnant it always surprises me! Zach and I are very well planned when it comes to growing our family and take the necessary steps to grow our family when we are ready to grow it. I do believe that if God felt it was time for us to get pregnant we still would and I don’t ever think babies are in anyway accidents. Whenever someone tells me they are pregnant by accident the first thing I tell them is when that baby gets here you’ll never remember life without it and that you’ll always love it and be thankful for it!

Pretty soon after we got married Zach was ready to start a family. We talked about it and decided to get our dog, Levi, first. Zach hadn’t really grown up experiencing raising a puppy and it REALLY is good training for a baby someday. Puppies are tough work but when you’re ready to go out to eat or to a movie you can just stick ’em in their crate…not so true with babies right? 😉 Levi was good for us and we decided to start trying to get pregnant on our first wedding anniversary. I went off the pill a few months prior and started taking prenatal vitamins when we went off the pill. We got pregnant in our first month trying!

This time around I was a little nervous. I have heard of SO many women not getting pregnant as easily the second time as they did the first. We discussed when we wanted to have #2 and both agreed that we want Kye to be a senior in high school when the next child is a freshman in high school. I like the idea of him being their to sort of introduce his sibling to high school life but then graduating and letting that kid “rule the school” without always living in big brother’s shadows ya know? Had Brandon and I gone to the same high school we would have been that distance apart and I would have loved it! Zach and Casey had that experience and it was great for them so I’m excited for Kye and the new baby to have that same bond. 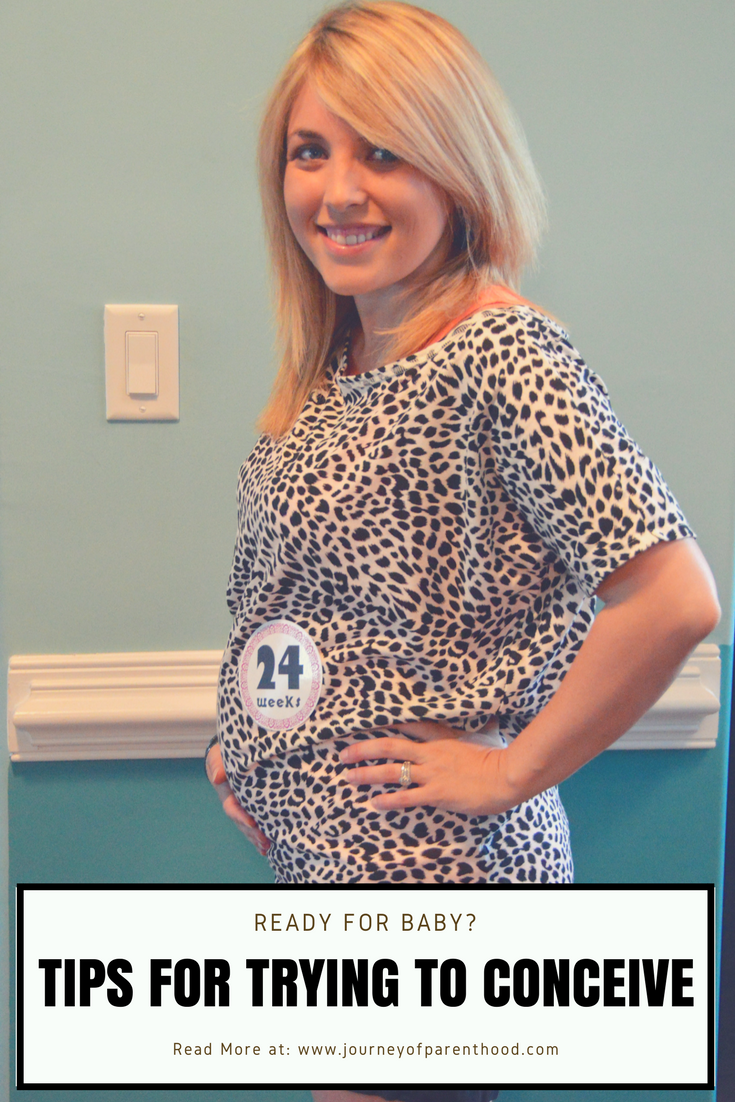 I like to take a few things into account when we think about when to start trying: 1. The baby can’t be too young for us to go on an Aflac trip or I can’t be too far along in my pregnancy to go on them. 2. I really don’t like the thought of being mega pregnant in the summer. Having a baby in the winter time is great because it’s not hot and I have enough time to lose (at least most of) the baby weight before bathing suit season. I know those seem like DUMB reasons but I felt less stupid when I read in What to Expect the Toddler Years

to actually sit down and plan for your next child around reasons like these! We typically have Aflac trips in April or May and then in October. So I can’t have a baby due those months and I can’t be 36 weeks or more into my pregnancy for those months. Kye was cutting it pretty close to the Aflac trip deadline (remember he was only 6 weeks old when we left him for Paris!) and this time around I really didn’t want to go through all of that again.

I went off the pill in September and we sorta tried for the month of Sept and of Oct. If we had gotten pregnant then we would have had to leave the baby for Aflac trips pretty early on in its life so I wasn’t hardcore about getting pregnant then. We figured it’d be a good chance to try some tricks I heard about to help decide the sex of the baby (post to come!). I honestly think the Lord was looking out for me when I didn’t get pregnant. It was a CRAZY time in my life and very stressful (remember my venting post????). Between Kye’s potty training, building a house, living with Mom, and Zach’s back issues and surgery how would I have managed if I was pregnant? I sure as heck wouldn’t have been able to move so many boxes on my own like I did!

I stayed off birth control though and we waited to try again until I would be under 36 weeks pregnant for our Aflac trips this October. The timing worked out perfectly to start trying on Kye’s birthday! The first day of my last period was actually his 2nd birthday and we officially started trying on Wednesday March 9th.

Here’s a few tricks for trying to conceive that I feel work (and I think I can say that with experience since I got pregnant easily both times!):

This time around I actually picked up a pack of ovulation tests when I bought a pregnancy test. I think it’s good to go ahead and have a pregnancy test at home (I like to buy one with 2 tests in it) so that way you can do a first-morning-pee test when it’s time since that’s the most accurate time of day! I’m blessed with a very, very regular cycle (typical 28 days) so I guess I didn’t really need the ovulation tests but figured why not? I got confused about the instructions and took one of them when I had peed like 30 min prior and I guess you’re supposed to hold your pee for like 4 hours or something before doing it? So the test didn’t work and I waited until the next day to take it. I took the test on Wednesday March 16th and it said positive. Which the directions said it meant I’d be ovulating within the next 48 hours so it was the best time to try to conceive.

I was leaving for Atlanta that Friday morning so we tried both Wednesday and Thur night. I’m pretty sure that on one of those nights our newest addition was made! The ovulation test does make it kinda cool to be able to pin point an exact time! Not as cool as getting conceived in Cancun but hey it works 🙂

I hope and pray that we are as successful in our conception with babies #3 and #4 (and beyond?!) when the day comes. I KNOW how blessed we are to be so fertile and able to make babies pretty easily. I don’t know if any of you are trying to conceive right now but I highly recommend the tips mentioned in this post and would love to know anything else that worked for some of you!