When Kye first started potty training I read that it’s a good idea to give them toy catalogs to look through while on the potty. Luckily Toys R Us had just sent out their big idea book for the Christmas season so Kye enjoyed looking through it each time he sat on the potty. It’s AMAZING to me the power of advertising. Kye has watched Disney movies while in the car on trips or during times when downtime is needed (he’s sick or I’m sick mostly). He’s seen Toy Story

a couple of times but not enough to really be obsessed with it yet once he got a hold of that Toys R Us catalog he fell in love with Woody and Buzz. He started saying “Woody” a lot and Zach even taught him how to say “Buzz.” It’s pretty adorable as this video shows (hopefully there isn’t a penis shot in there…he’s on the potty, of course, during the video!).

I actually still had my Woody doll from Burger King back from when the first movie came out and Kye LOVED playing with it. He would take Woody and ask to go in his crib and have Woody go night-night (he’d give him a paci and everything!). The cuteness didn’t last long because Levi got a hold of Woody and what was left of him I decided to pack away. But Kye should be very excited about a certain toy Gramma has for him under the tree!

at the movie theater. Luckily it’s at the dollar theater now and it had a showing at 4:30 which is the perfect time to do something like that! Robyn and I took the kids to see a movie back in July but this was the first time we’d gone as a family to the theater. 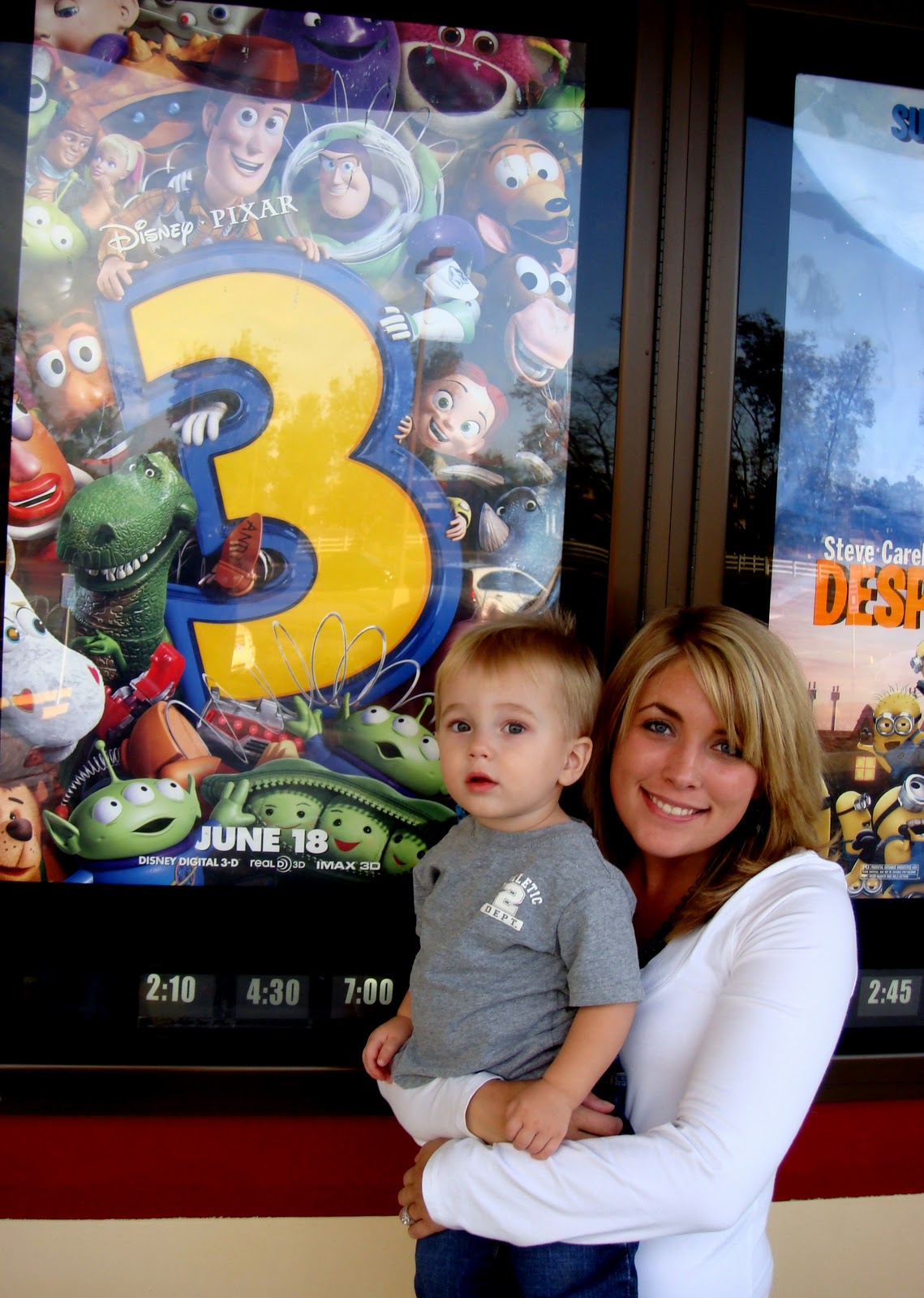 It was so fun! It made me really think about how having another baby down the road will prevent us from doing fun stuff like that. Kye’s at an age where he’s SO much easier to go and do and I hate the idea of us having to slow down. Don’t worry, baby #2 WILL happen…I’m just anti-baby-fever right now. I was pretty nervous about Kye’s potty training efforts while at the theater but Zach took him potty before the movie started and he managed to hold it the ENTIRE 2 hour long movie!!! SO proud of him!

It was precious to get to watch the movie together. He loved it. I had Kye sit on my lap because Zach’s back was causing him a lot of pain and he ended up having to lay down on the nasty floor to be able to get some relief. It’s been a struggle lately with his horrible back situation (keep that in your prayers…hopefully I’ll have GOOD news to report in a full blog entry soon). I enjoyed having Kye in my lap though and getting to see his cute facial expressions was fun for me. He laughed out loud when Mr. Potato head used a tortilla shell as his body rather than a potato. He didn’t get scared at all and said “Woody” and “Buzz” several times.

Before we went to the movie we even got some snacks at Walgreens (yes, we sneak in movie theater candy). Kye got a squeez applesauce

and I let him have a couple of my orange slices candy. How “cool mom” am I? He was too enthralled with the movie to even touch his dinner so he ended up eating once we got home, but it was totally worth it. I am STILL hearing about Buzz and Woody and we even watched Toy Story 2

(b/c we’d never seen it…oops!) while on our Thanksgiving trip. I have to say I’m one of those people that always likes the first movie best but the third one was AWESOME. When the Mom went in the sons room before he left for college I literally had tears running down my face. I dread that day and having Kye in my lap while watching this boy in the movie become an adult really made it sink in how quickly these precious times together will be gone and how I need to soak up all the adorable little boy cuteness that I can! 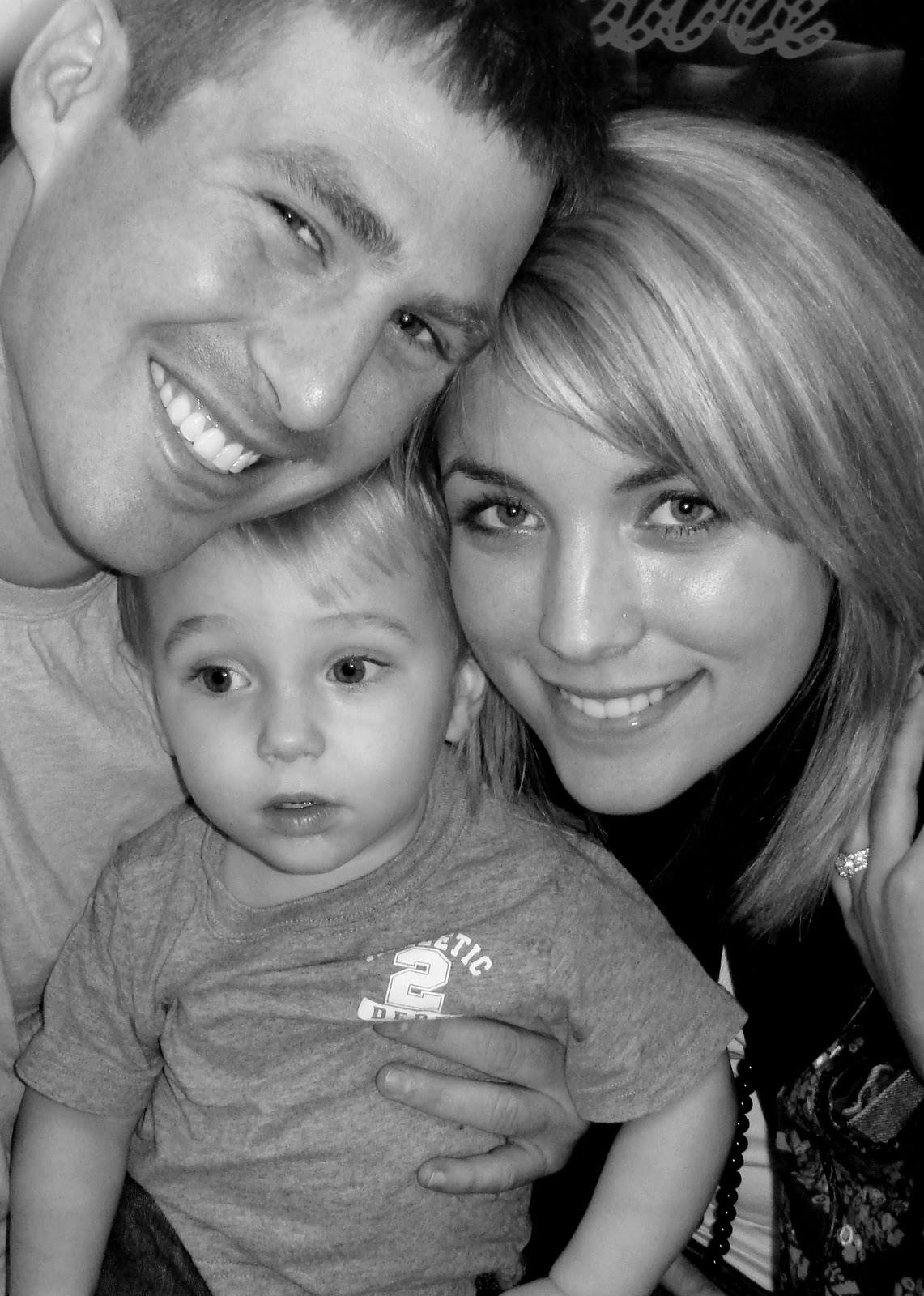 It was such a success that I hope we can make family movie outings a more regular event!