With Zach’s job he is usually on the go. If he moves up in the company he’ll eventually need an outside of the home office, but for now he just needs a space to sit and make calls/answer emails on the days he doesn’t have a group to be working. It worked out well for him to have a home office because otherwise where we would have his football shrine?!?! 😉 This room is NEVER this clean! He’s such a busy man that he’s usually got stacks of things everywhere!

You can see the door and it’s not leading to a closet. It’s actually leading into another attic space. When they built our house that area was meant to be unfinished and we planned on just using it for an attic since we knew we’d be finishing the area above the garage for our future playroom. Well, they accidentally reinforced the floors in this attic space as well! So now it’ll be very easy to also turn it into another bedroom someday. I told Zach it’s God’s way of telling us to have lots of babies! Without even having to remodel to add more rooms we can fit 6 kids in our house and each have their own bedroom (once we finish the two attic spaces). Pretty awesome right?  The great thing is that even when all these attic spaces are converted into bedrooms we’ll still have plenty of attic space. There is actually attic above the entire second story and we haven’t put a single thing up there! I love that we have plenty of room to GROW! 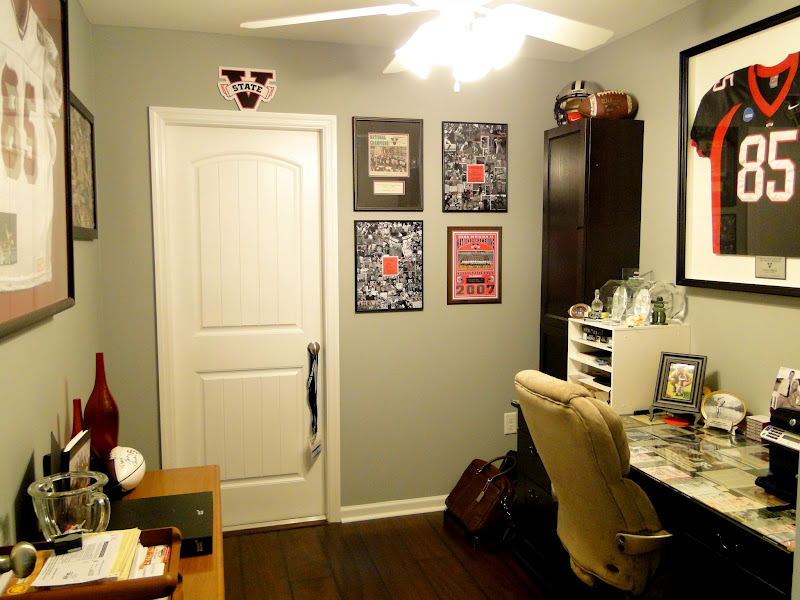 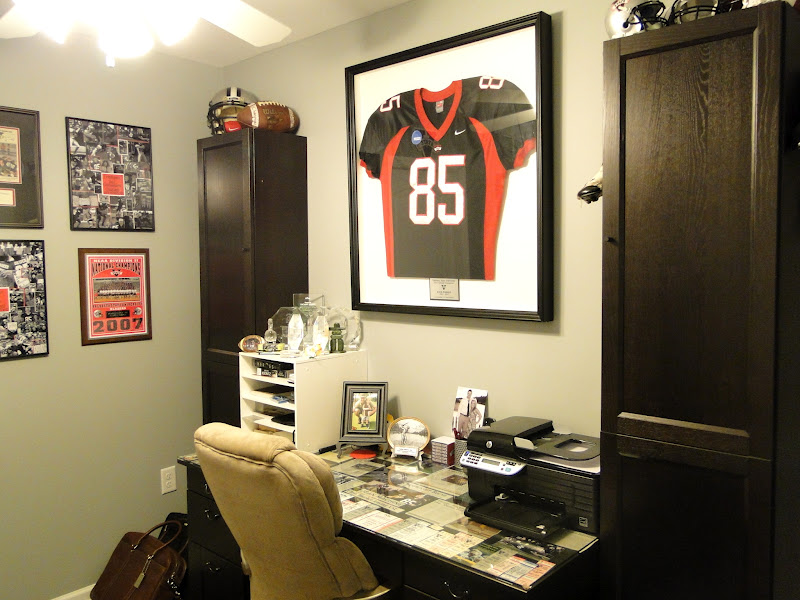 All the little helmets and stuff on top of the cabinets 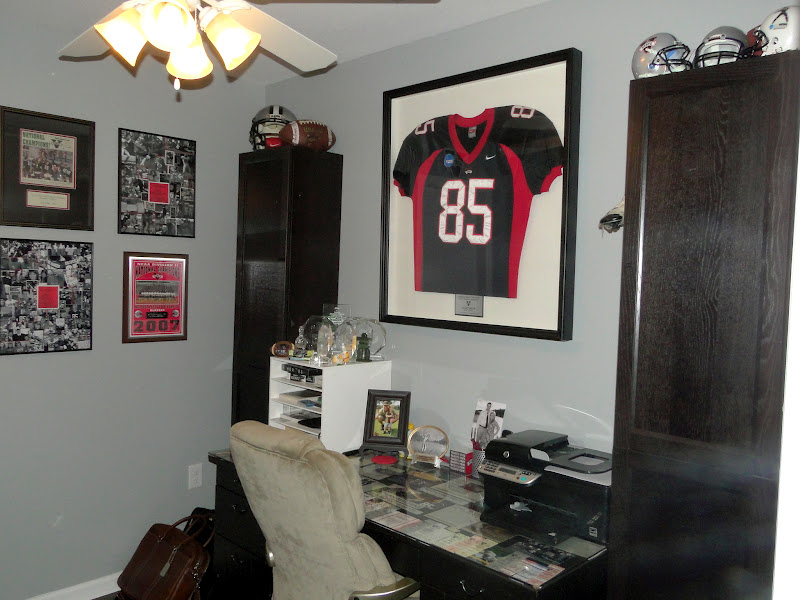 Newspaper articles, tickets and other stuff from his glory days 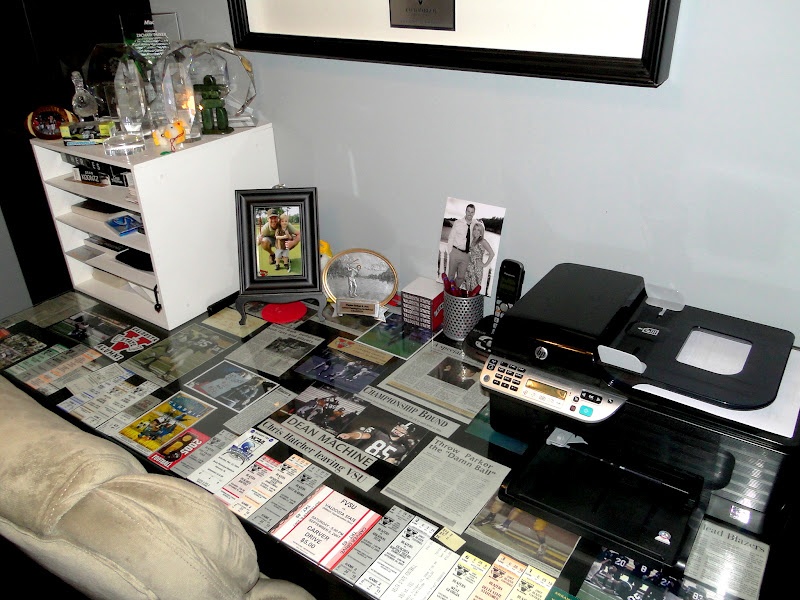 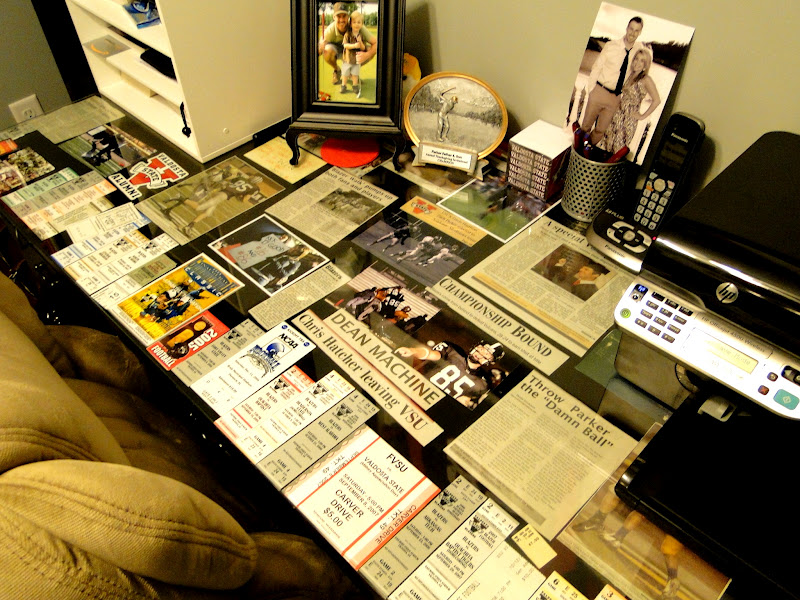 So funny (in an ironic way!) that one of the only articles ever written about him had a cuss word in the title!!! 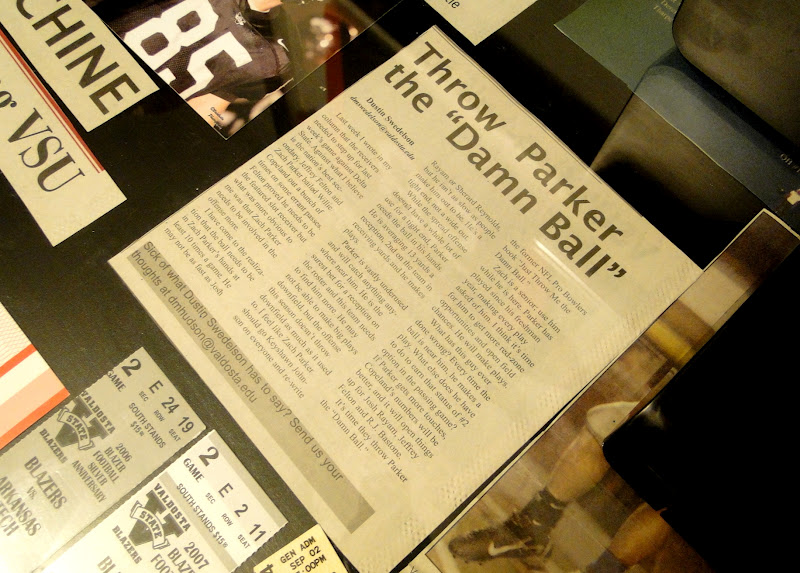 National Championship (the first one, Zach won two!!!) newspaper, Senior year team photo, and two collages I made for him covering many of the pictures I took during his college football career. 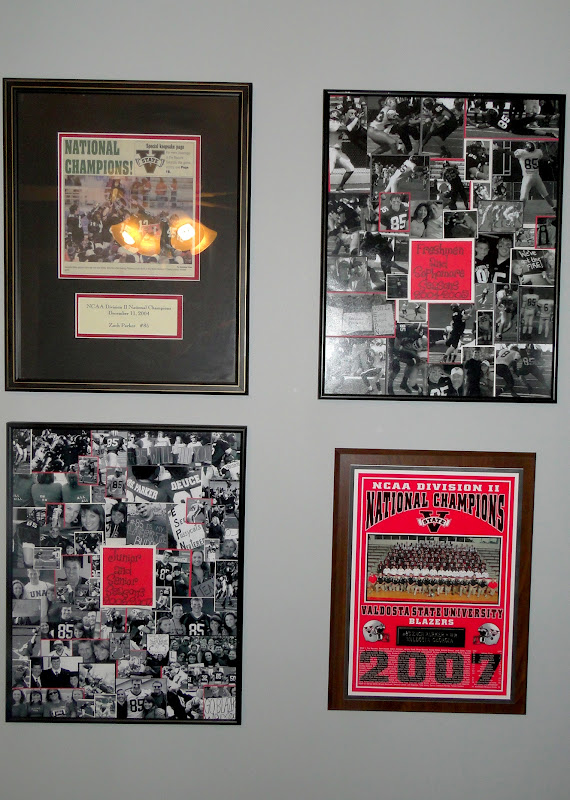 Closer view of the collages 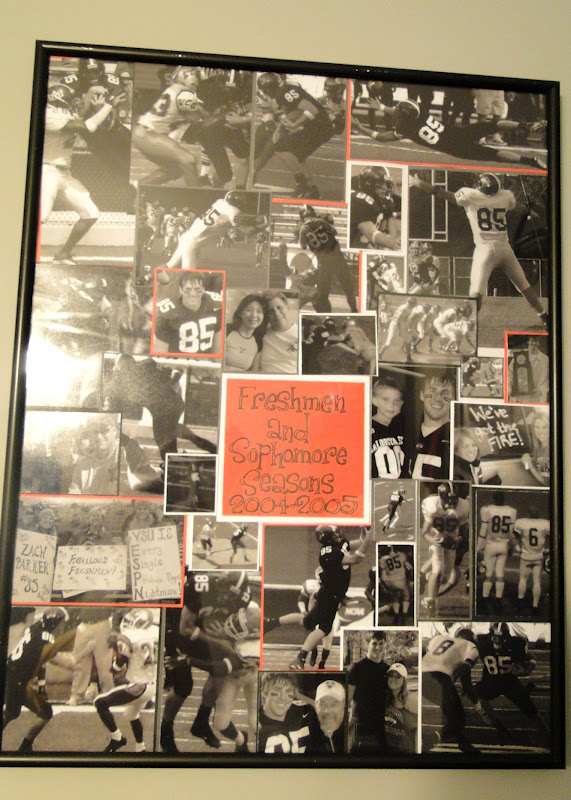 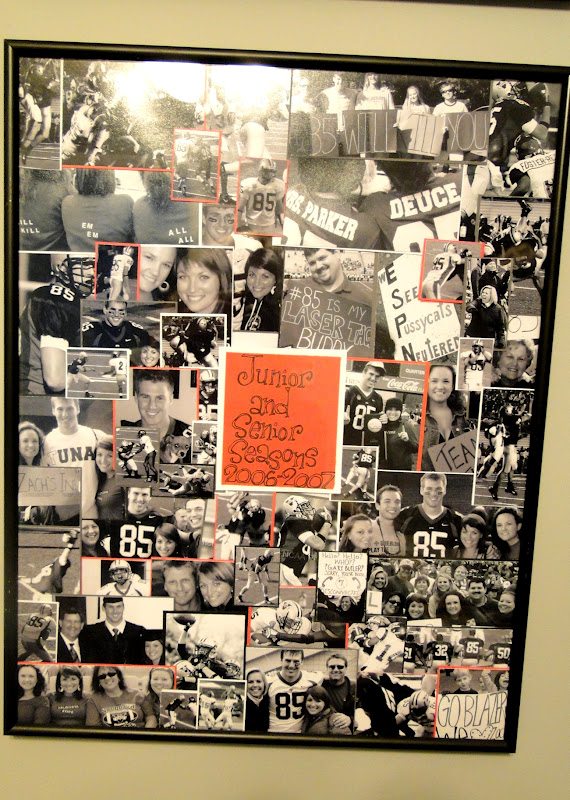 Another area to store work stuff 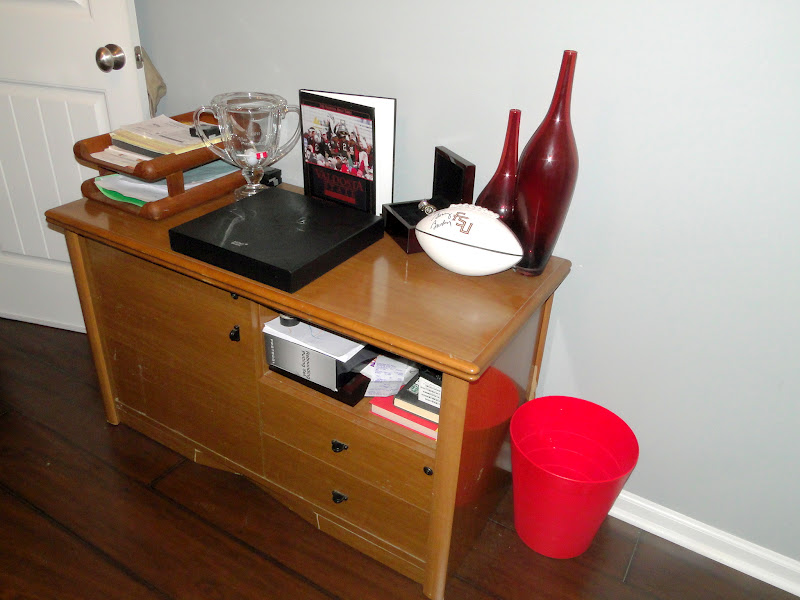 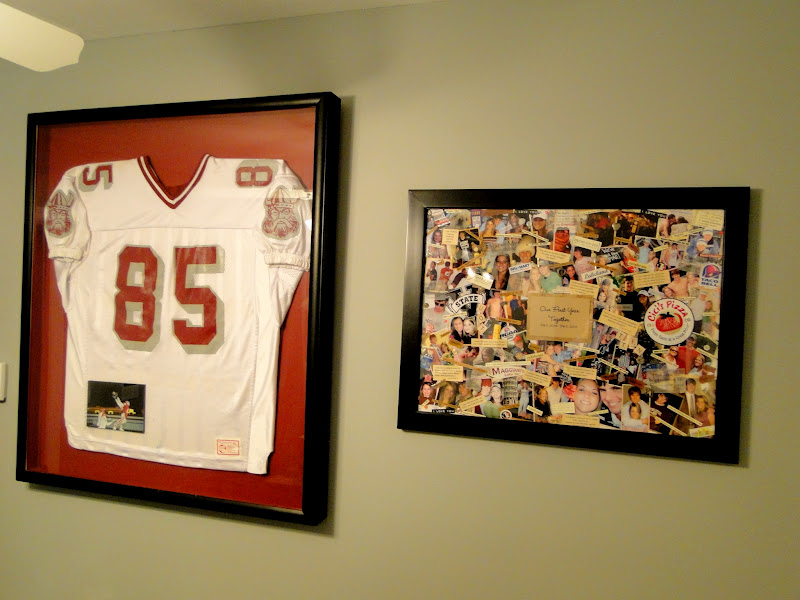 It’s so neat to look back at our first year together…8 years ago! 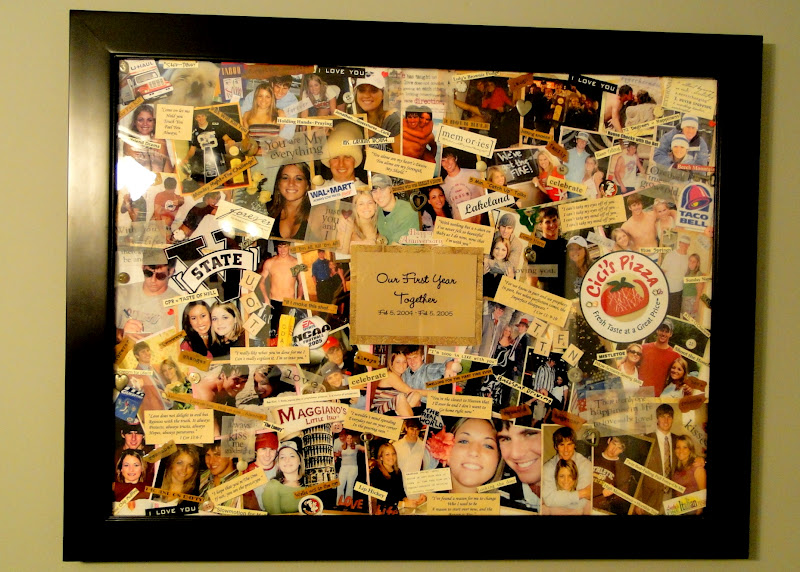 His office is small but it works perfectly for what he needs. We put the office upstairs on purpose as we didn’t want him to be trying to work while getting distracted by me and the kids. This way he can “go to work” and isn’t having Kye come in every five seconds trying to play with him! I’m pretty jealous of the office…I wish I had a space that was 100% MINE ya know? My “office” (aka blog) space is in our bedroom so it’s a pain to have to pick it up whenever we have company come!