As my recent posts have reflected: last October/early November was a hard time for me personally. It was crummy timing to be so down since it was during my 30th birthday! I’m so, so thankful though that my experience with PPD was very short-lived. I’m thankful I sought help. Thankful I blogged about my feelings. Thankful for alllll the prayers that were lifted up for me! It really did seem like a switch was flipped and I just instantly felt back to myself. Literally a dark cloud just vanished! (You can see more of my coping tips here) Looking back at that time now seem like such a blur and it’s hard to believe I ever felt the way I did. I know it could have gotten much worse and could have lasted much longer so I truly am just grateful!

When I went to my dr and officially got the “postpartum depression diagnosis” one of the first things I did was cancel plans I had for that upcoming weekend. We did a super super fun bonfire night for my 29th birthday and planned to have another one for my 30th celebration with the Parkers. I decided to cancel it because I worried about Tess not drinking a bottle and it causing me to have a meltdown. And I didn’t want to have to go back in a room and nurse her with everyone over. I knew that would cause me to feel resentful and annoyed to be missing out on my own party. I know both of those things may sound silly but when you are feeling so, so low things that are usually “small” suddenly become BIG.

I felt bad canceling but I knew everyone would understand and we did end up going out to dinner one night just Mrs. Charlotte, Courtney, Casey and I to celebrate my bday 🙂 It was fun and much more of what I needed at that point with everything I was dealing with. I’m also glad the plans changed as it allowed my little family some time together. Zach was SO SWEET and tried to make our day kinda a “birthday redo” for me. He got up and made pancakes again with the kids and we all played outside and just had a relaxing Saturday together. 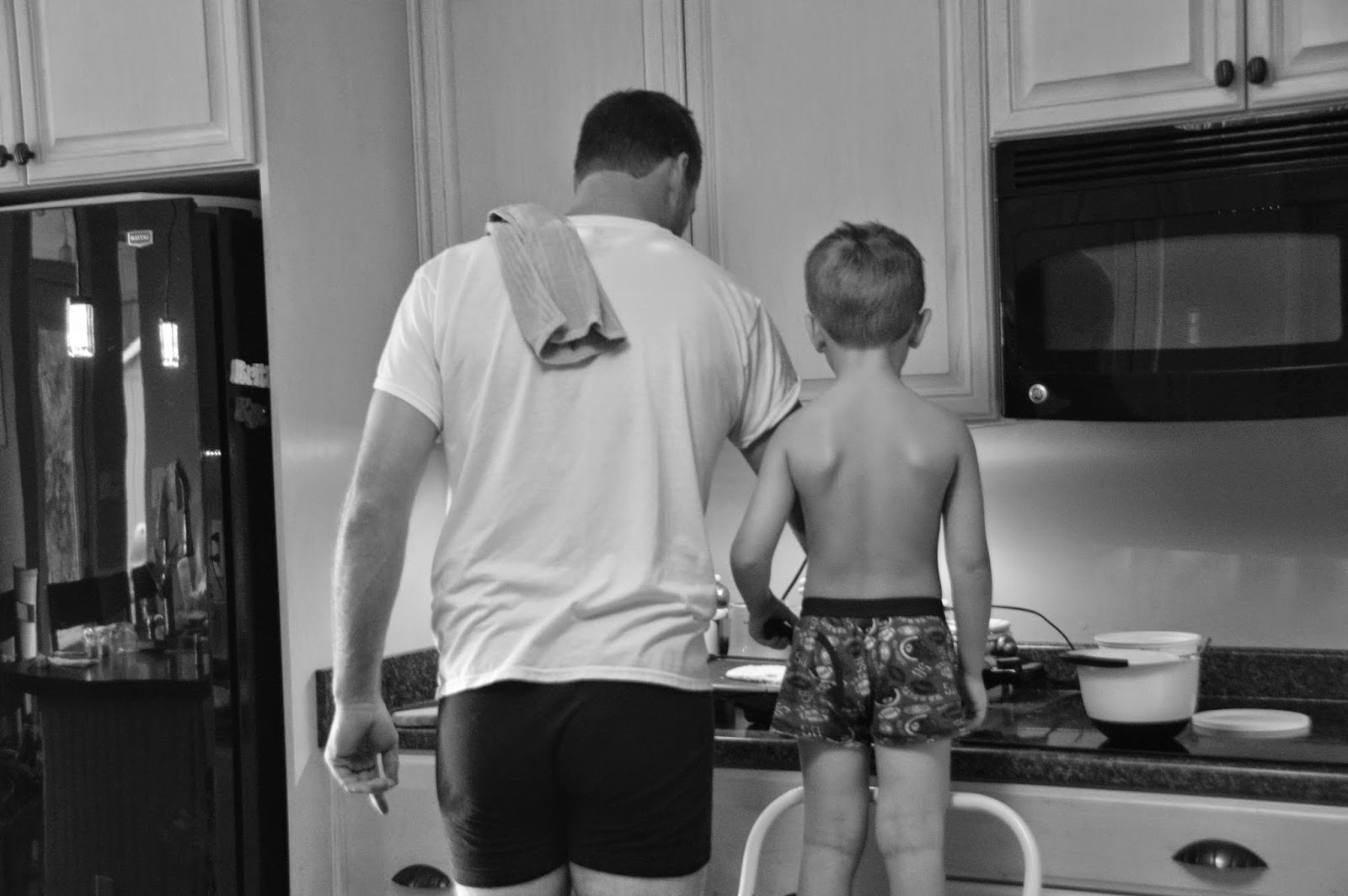 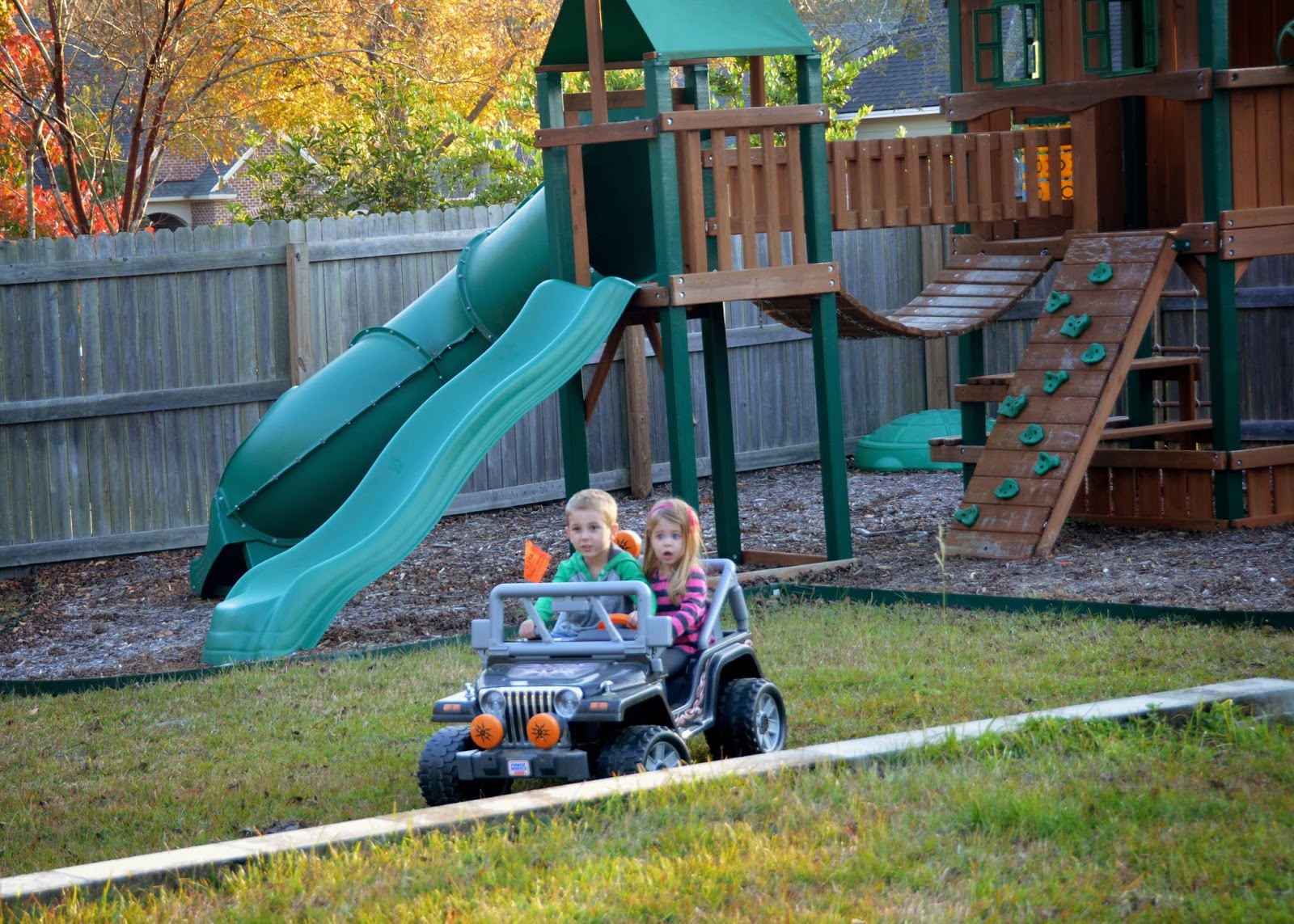 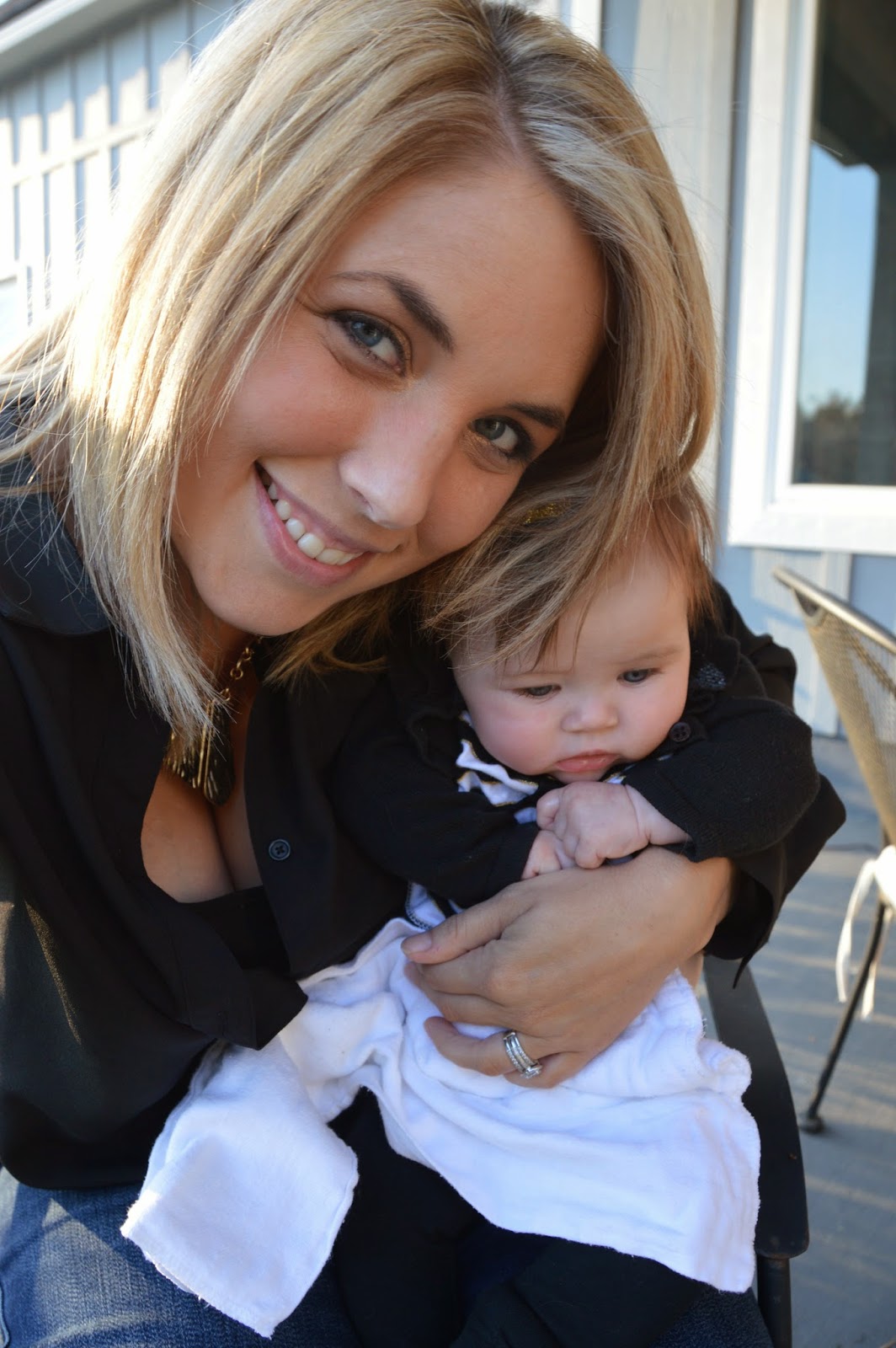 Control freak much? Haha Kye steering even though Britt is in the driver seat 😉 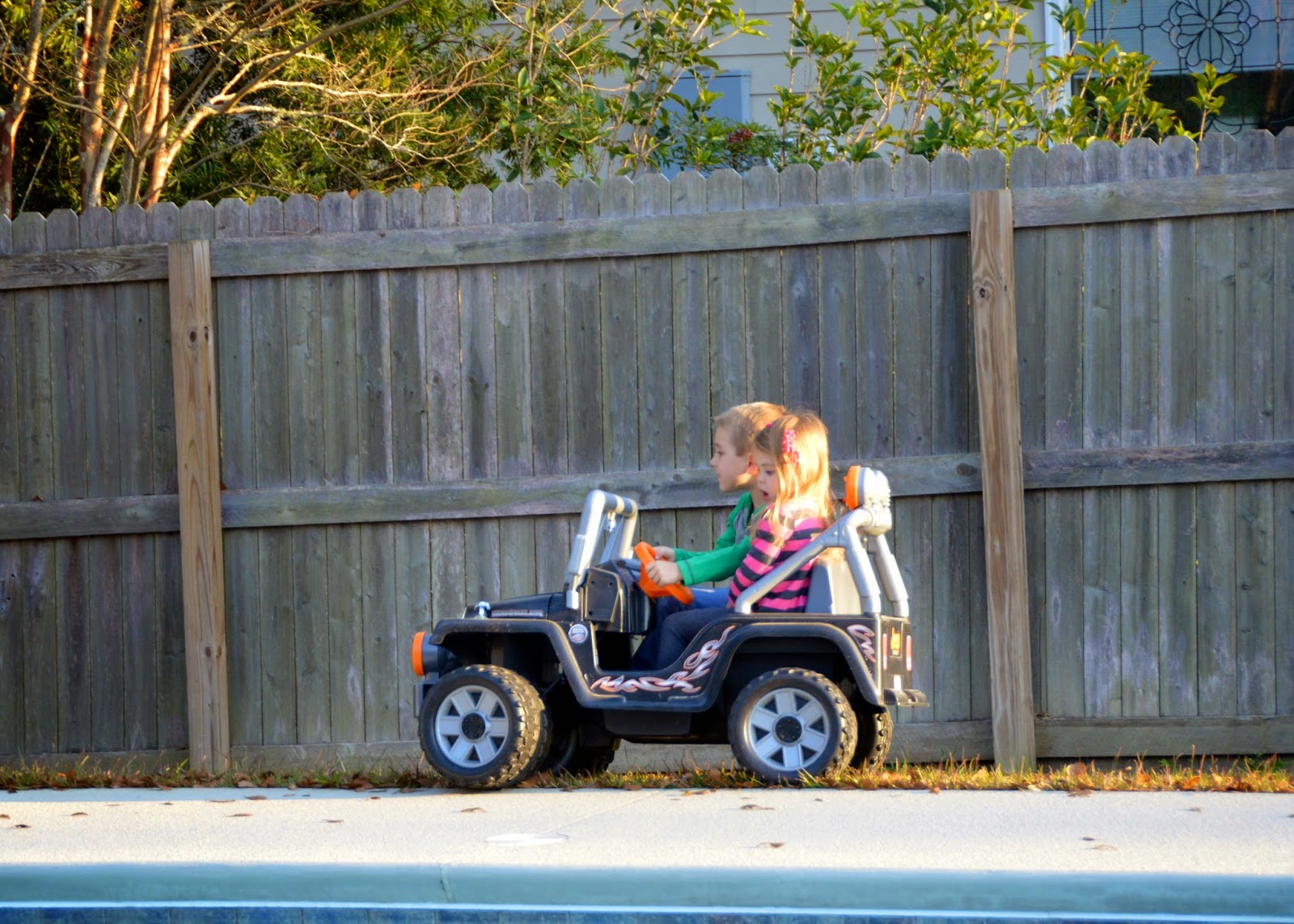 Zach made boiled peanuts for the first time ever and omg so good. Peanuts are totally healthy right?!?! He even made a feast for dinner! Burgers and homemade fries. We were spoiled 🙂 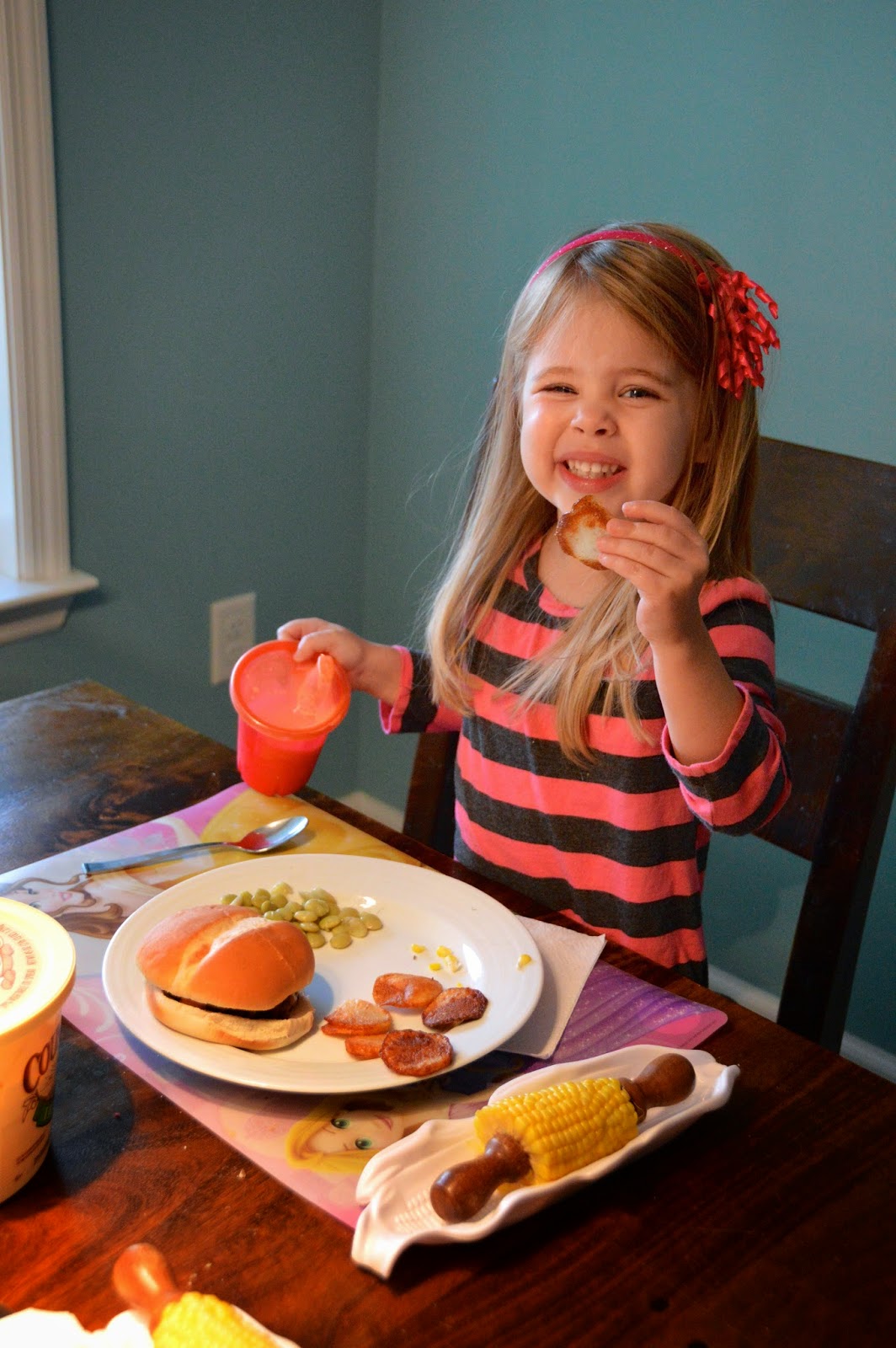 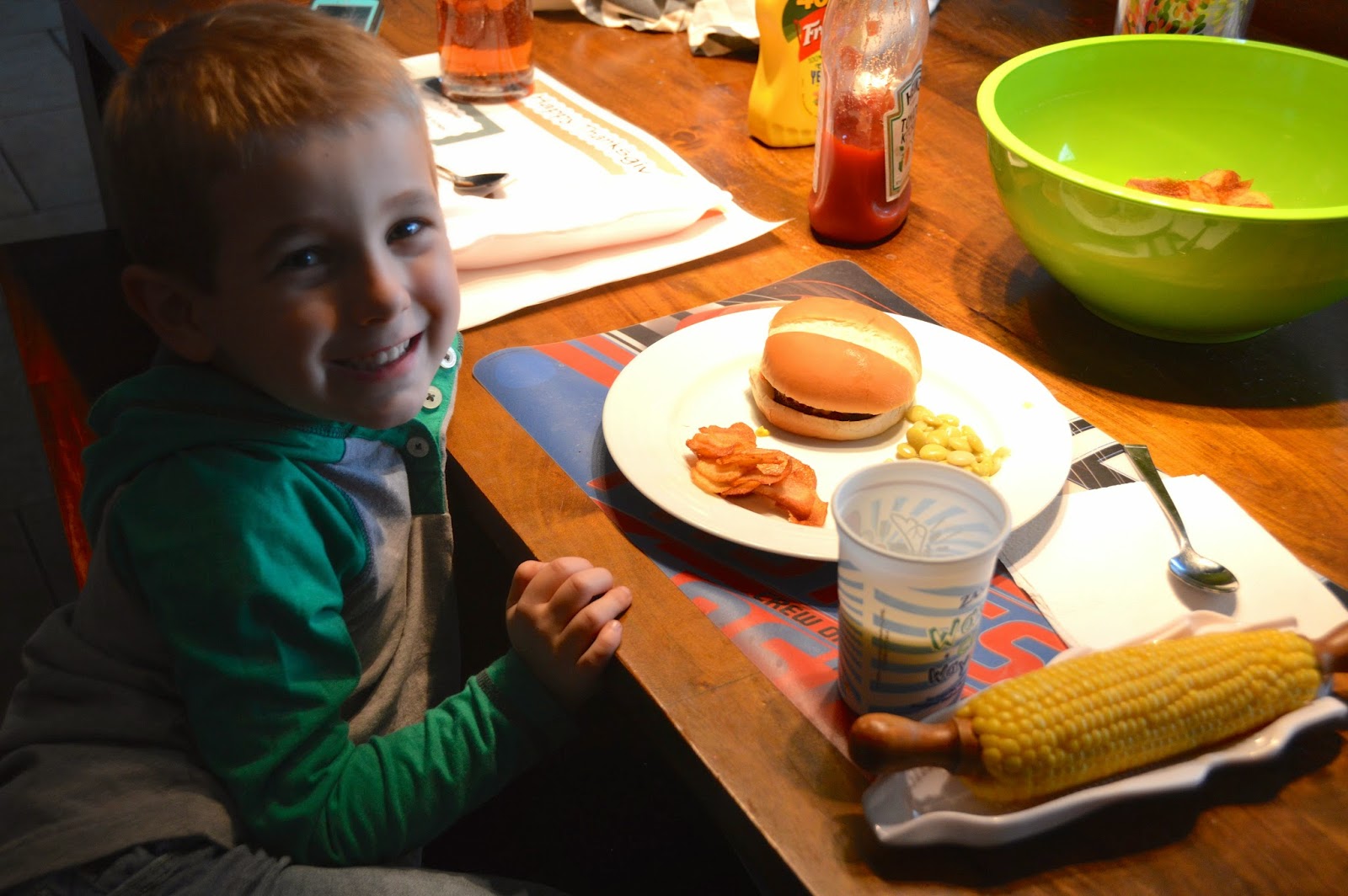 We had already told the kids the plans to have the bonfire that night and I felt so bad disappointing them. We explained that the plans had changed but told them we’d still do a bonfire, just on a smaller scale. We had a blast! We sat outside by the fire telling lots of “scary” stories and eating s’mores. It was one of those nights where you just want to freeze time and remember it forever! 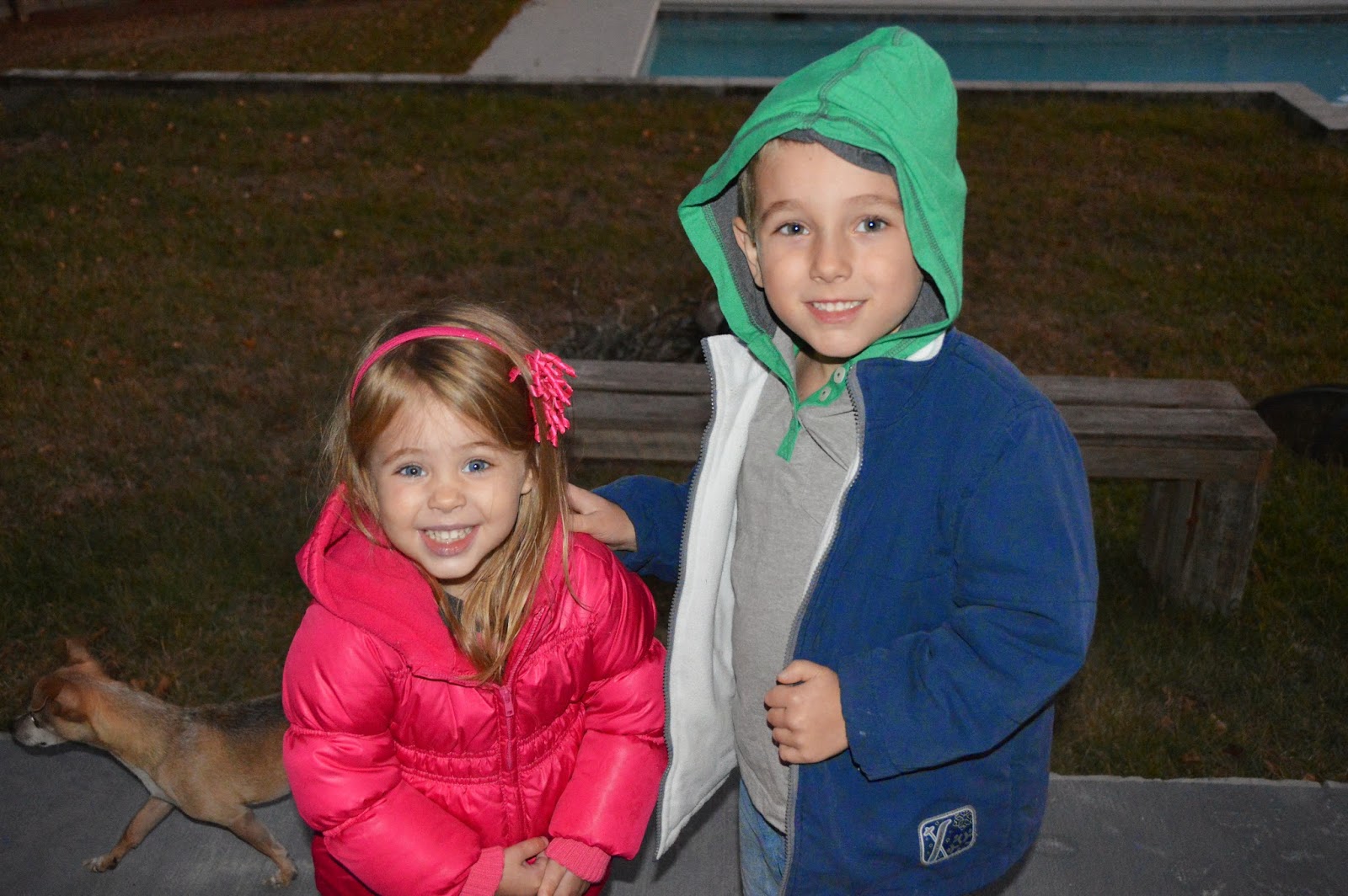 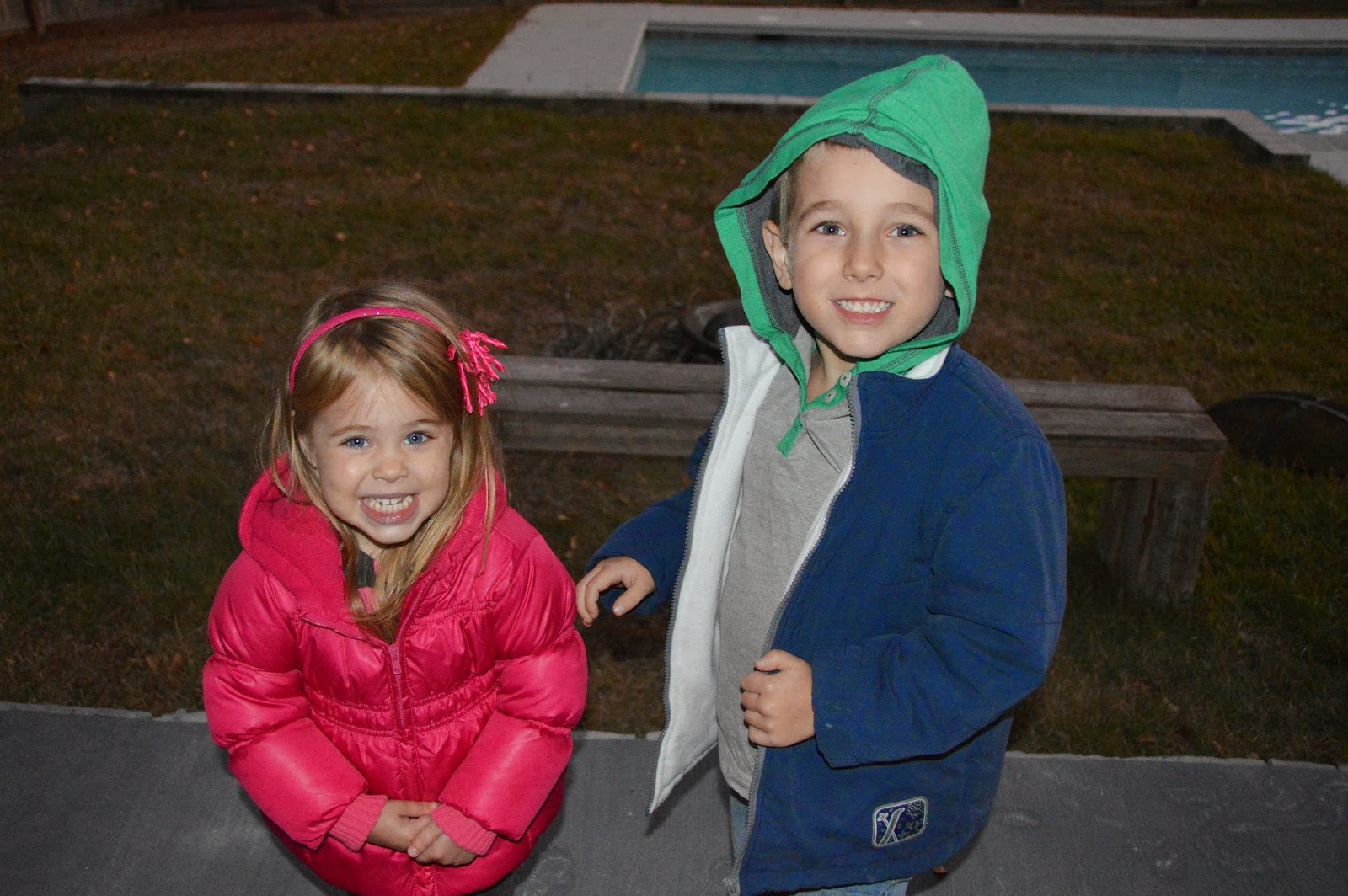 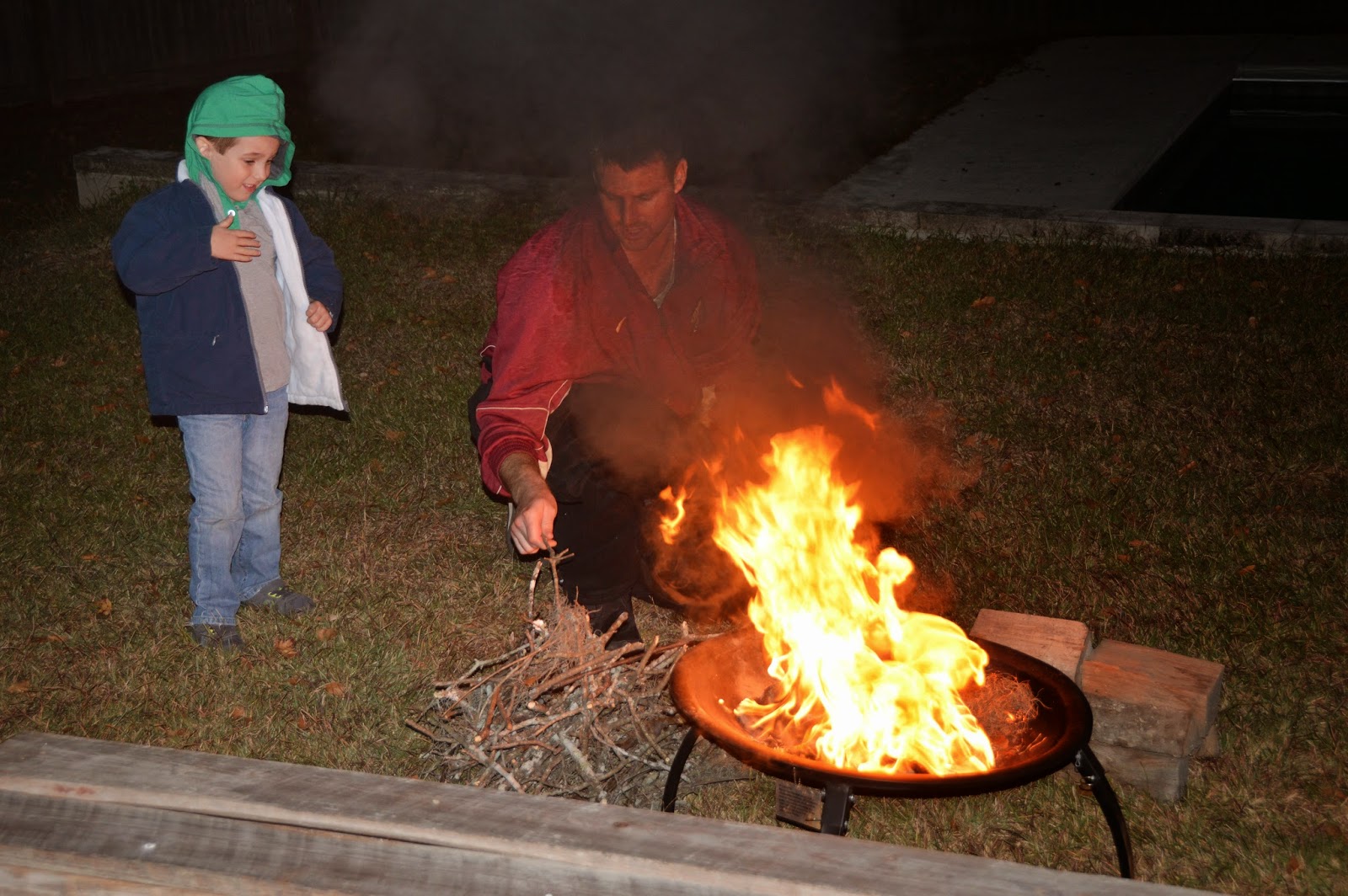 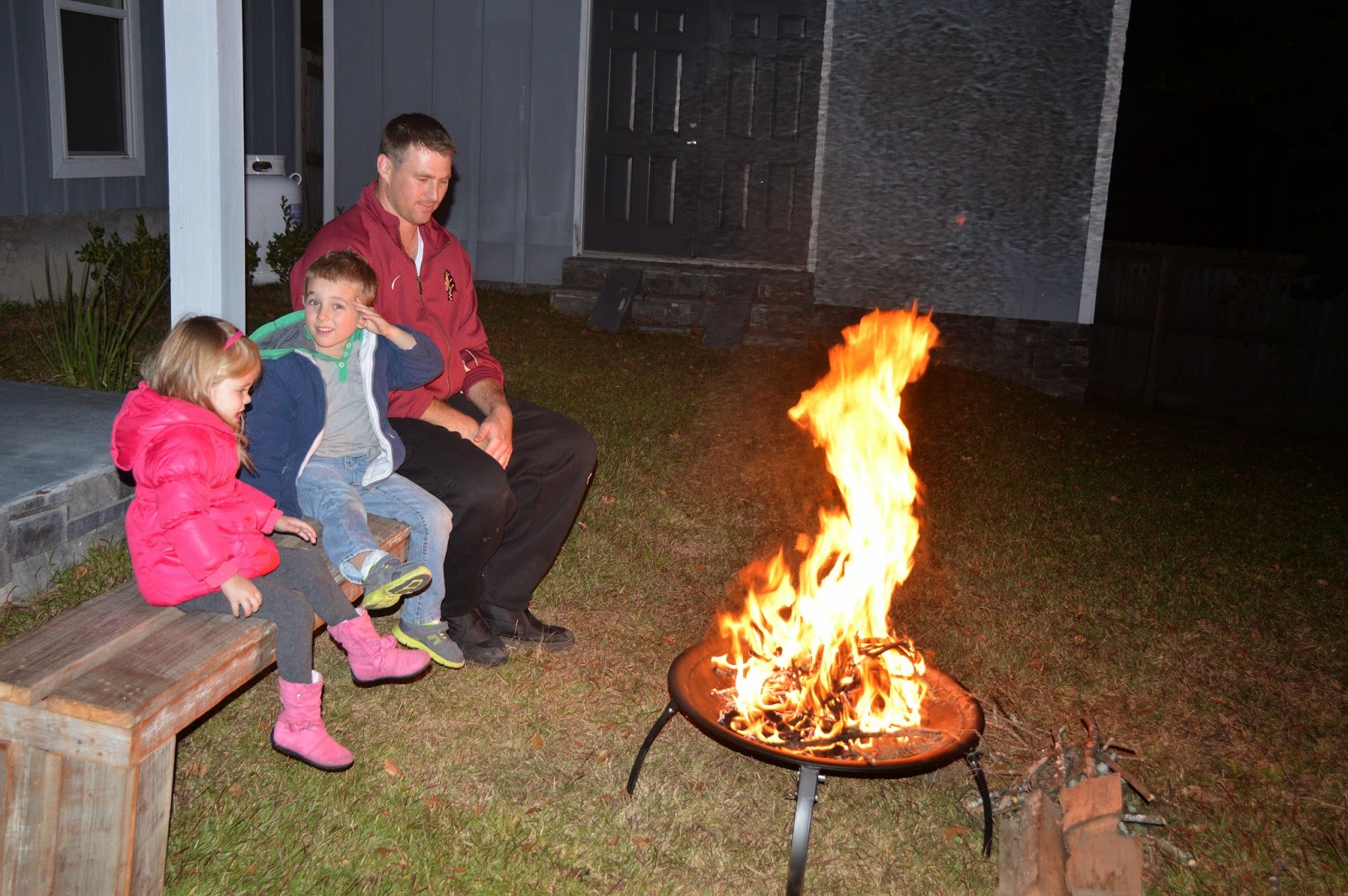 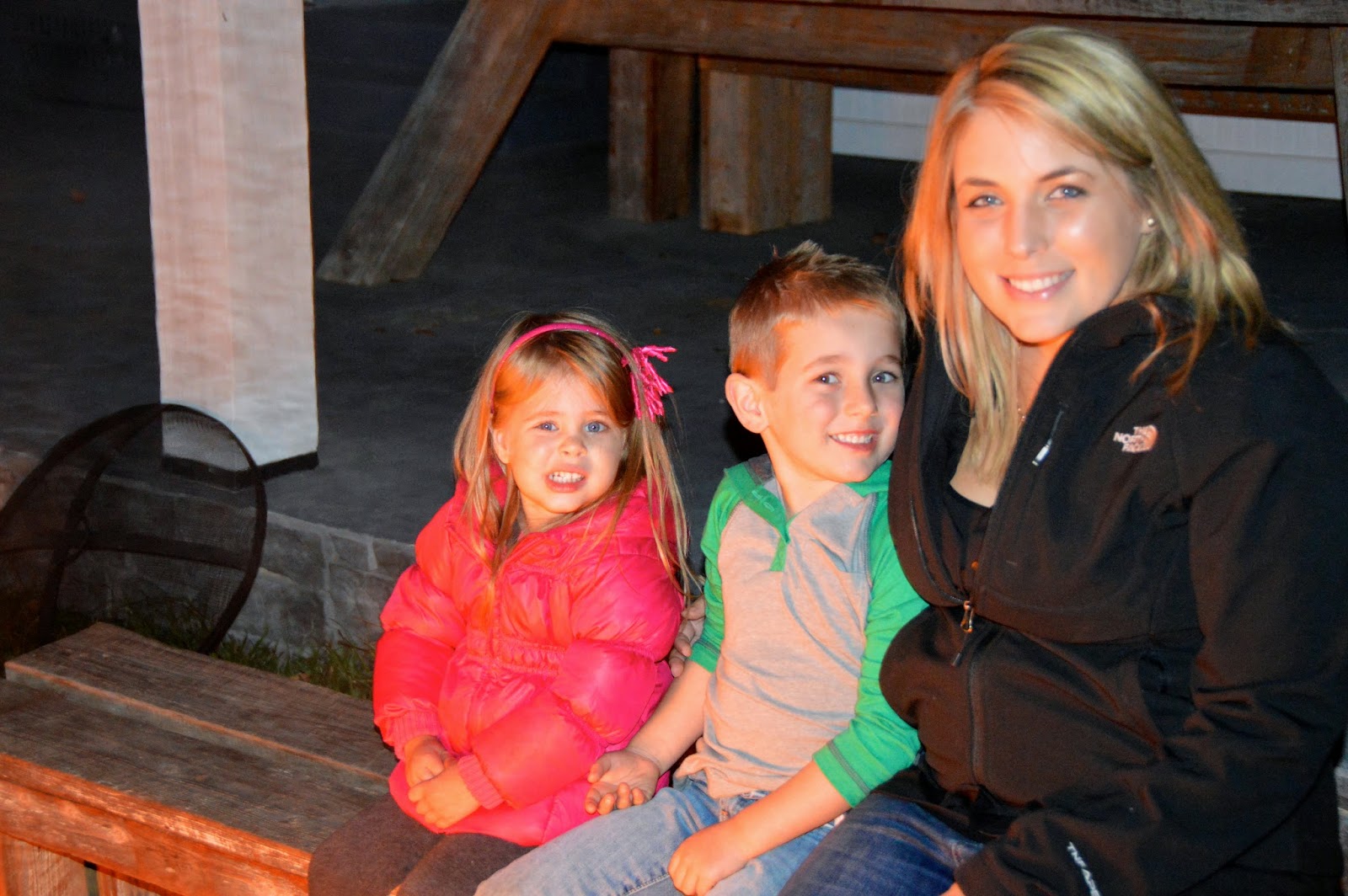 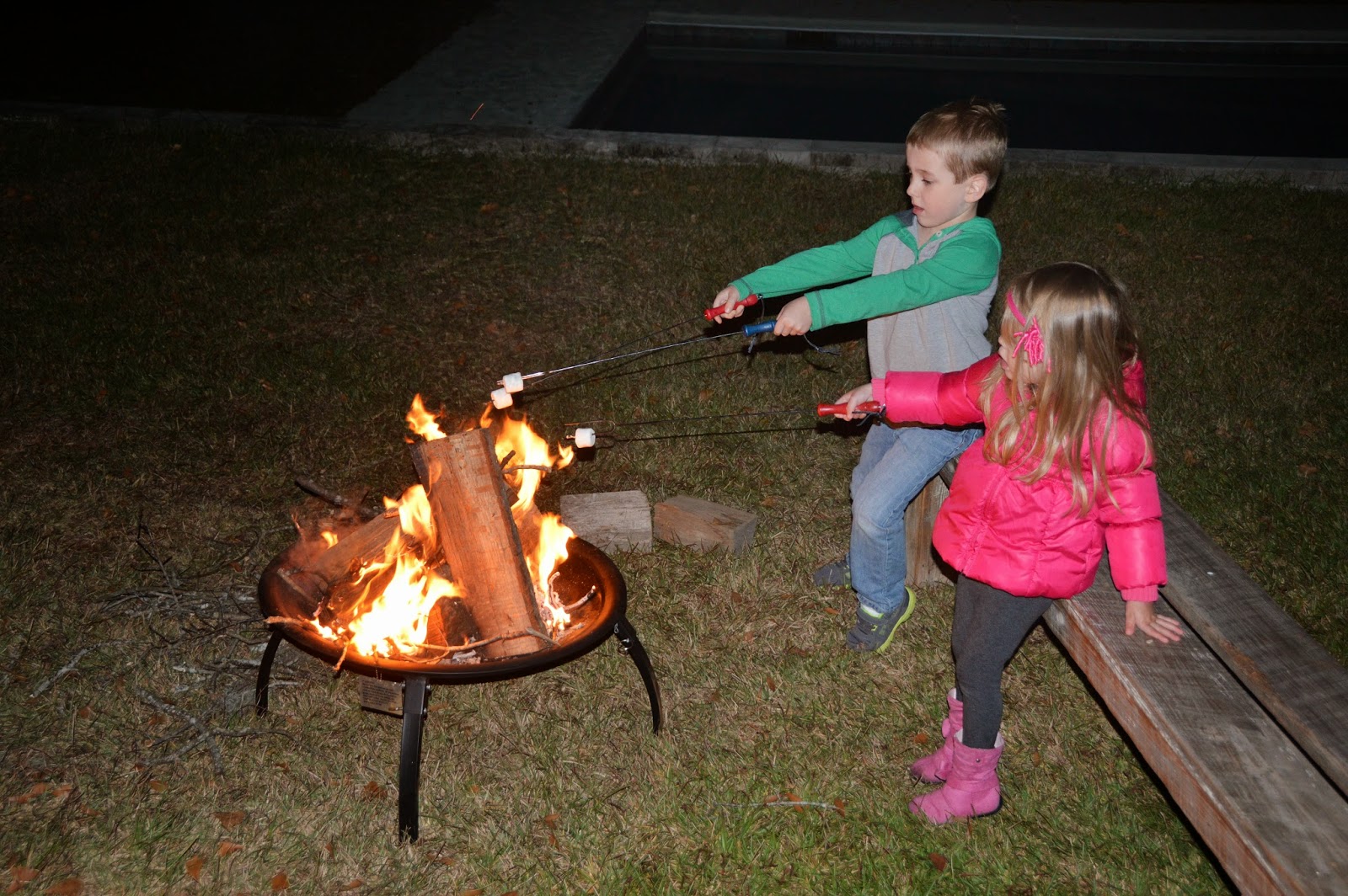 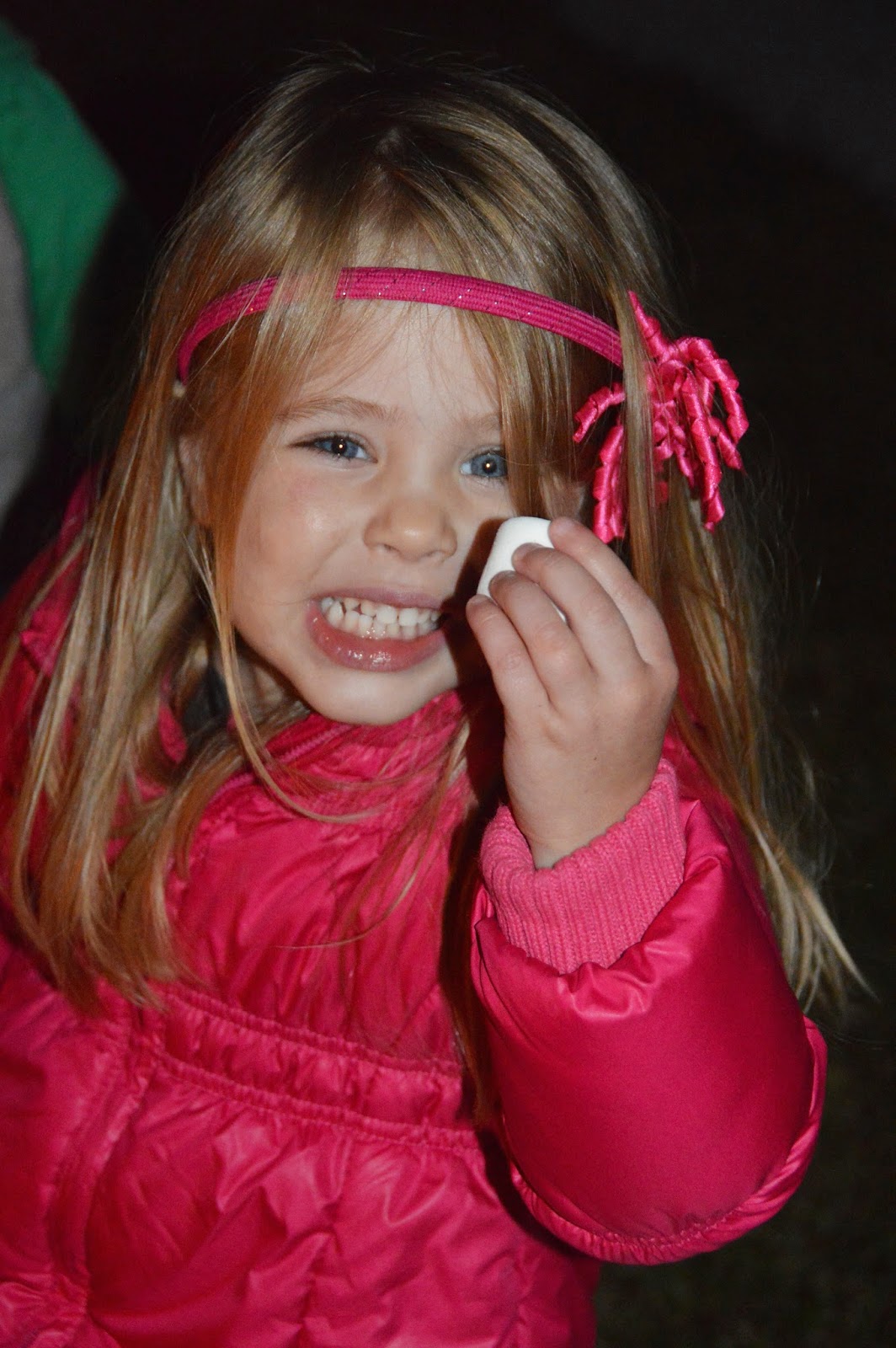 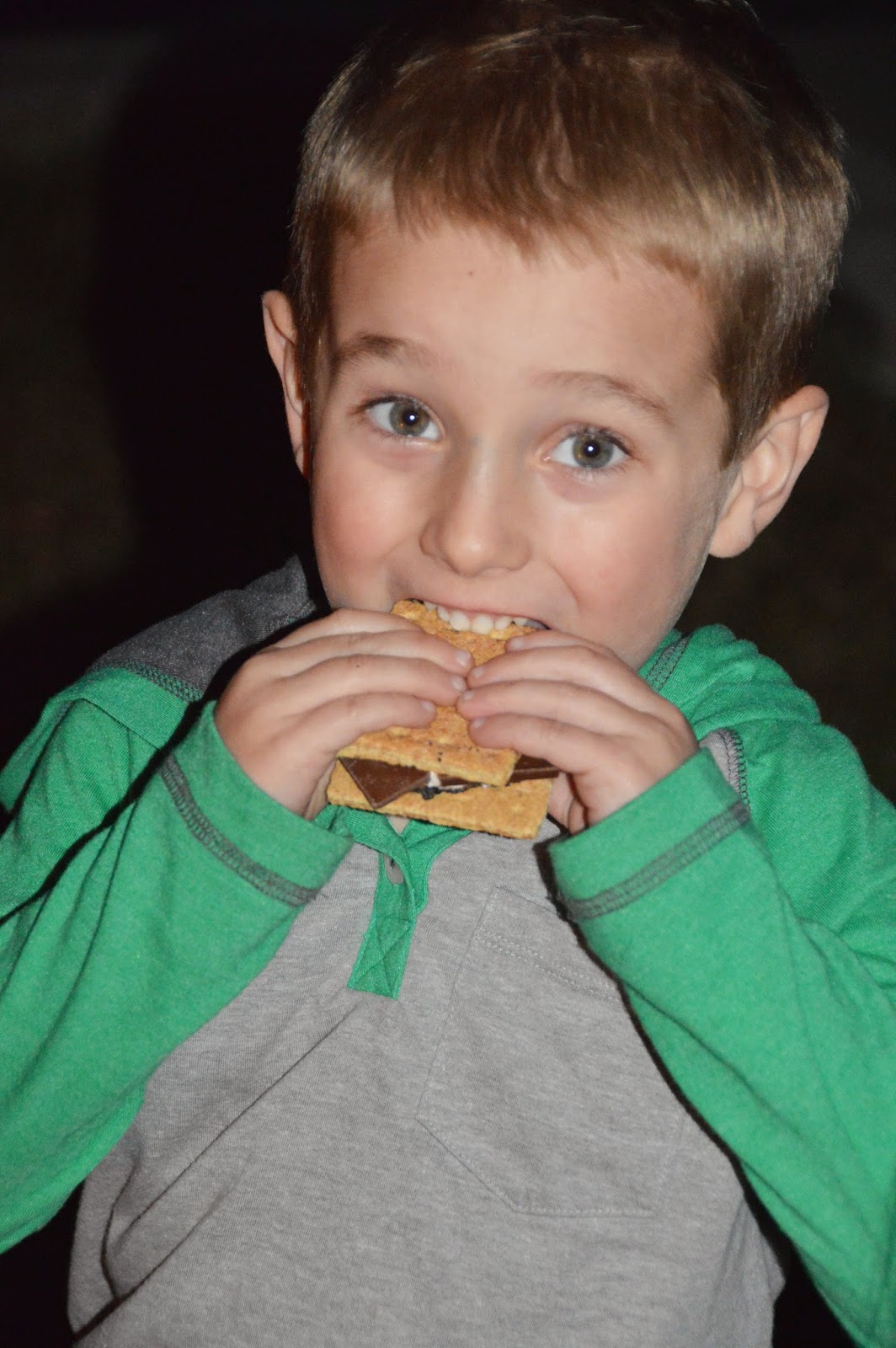 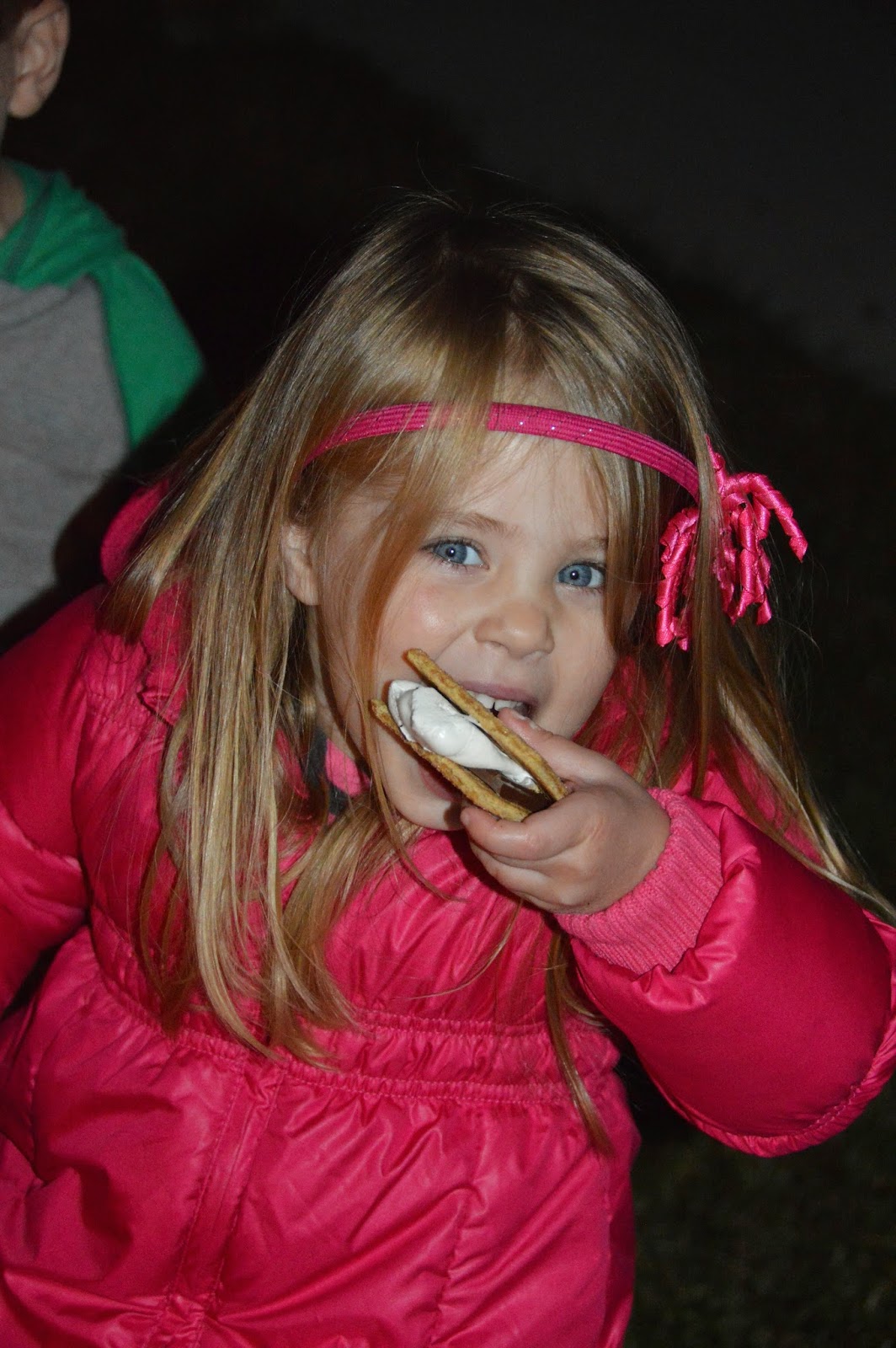 That night as a special treat we set up the tent in the playroom and let the kids sleep in it for the night together. We set up the monitor so we’d be able to see them and figured they’d enjoy the fun treat. They have spent the night in the same room a couple times when we travel and have done well so I assumed it’d go fine. Um. No. I was just in a weird haze or something and still can’t believe I thought this was a good idea haha! Even though they have shared a room before they haven’t ever shared a bed. In the tent they were basically sharing a bed. And it was an epic fail!

They talked for a little while which was cute…but then Kye fell asleep and Britt stayed up. And up. And up. At 10:00 I went up there and told her to go to sleep. I should have, in hindsight, made her come down and go to her bed. But I didn’t want to cause a scene and wake Kye up. Well we watched Britt for awhile on the monitor and she was not only not sleeping…but she was also messing with him. She would take his arm and put it around herself to make him hug her. haha. Poor Kye! Kid was legit trying to sleep!

Once we went to bed Britt was asleep so we kept the monitor on Tess all night. I totally regret that! Turns out Britt woke up randomly in the night and kept waking Kye up. The next morning Kye’s face was so red and his eyes were so puffy from crying. I felt awful! He said he knew he wasn’t allowed to leave the tent so he just stayed there being miserable all night!!! Parenting fail for sure and a HUGE lesson learned! No bed sharing for these two again for sure! 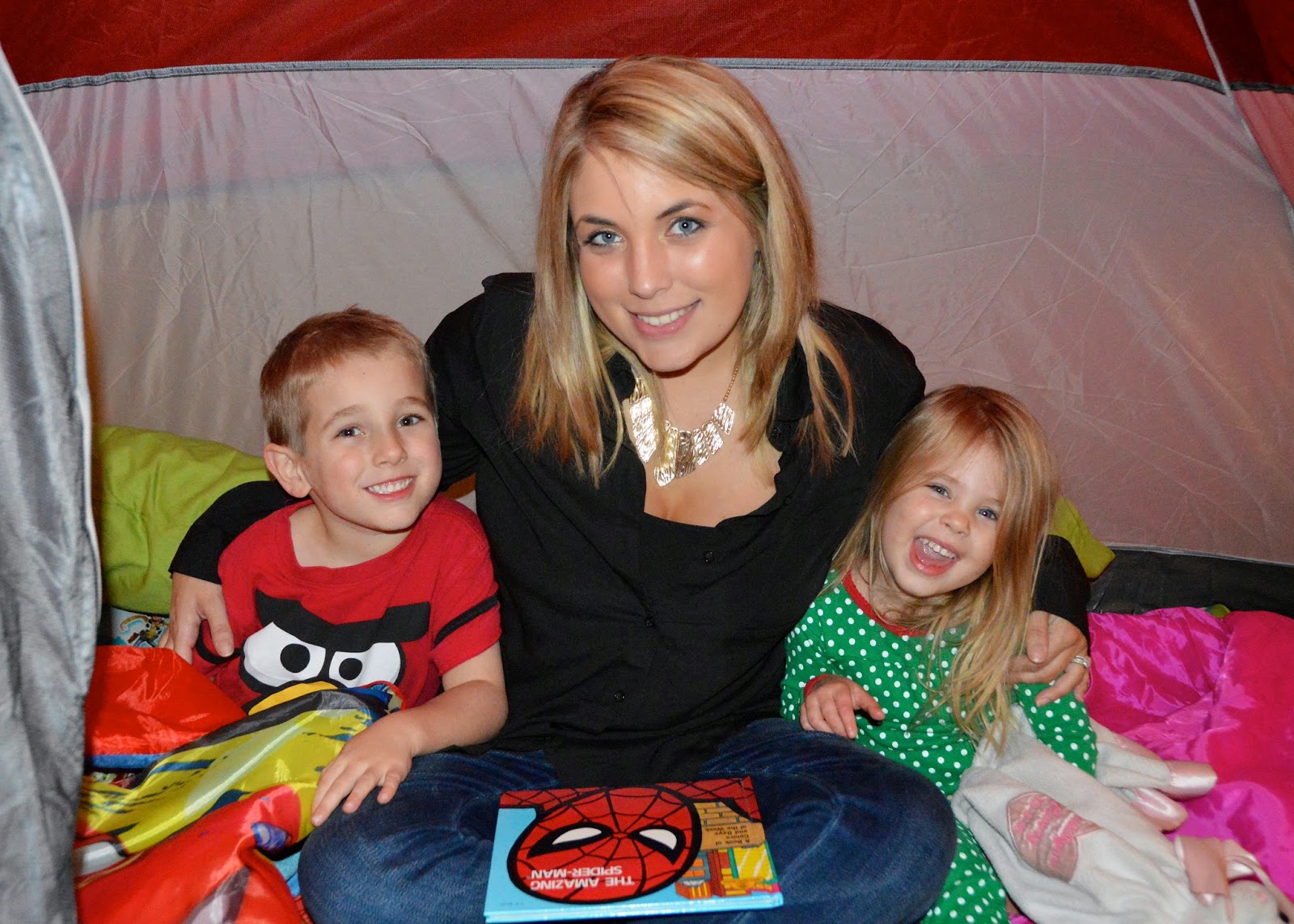 Don’t let her smile fool you 😉 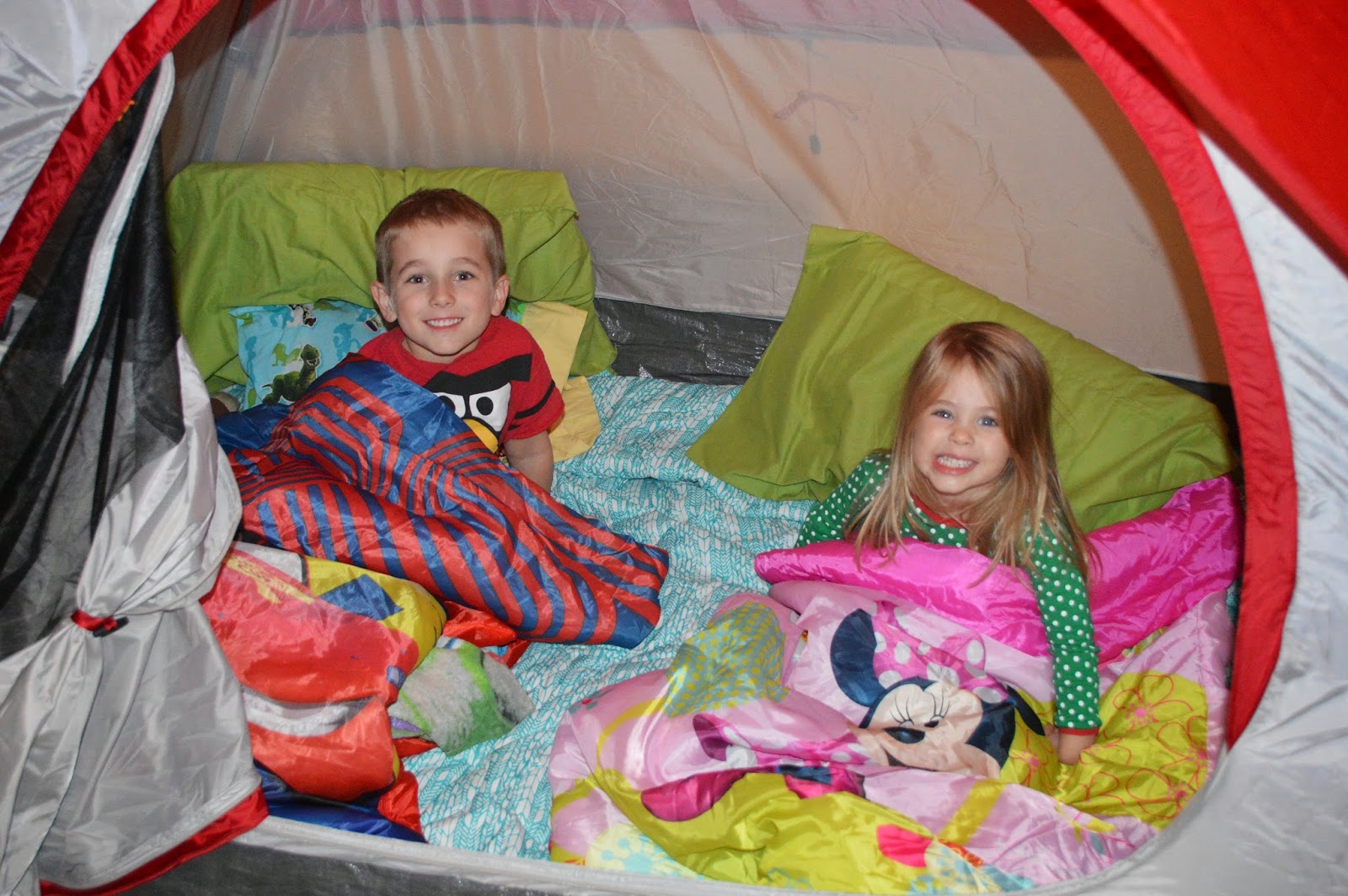 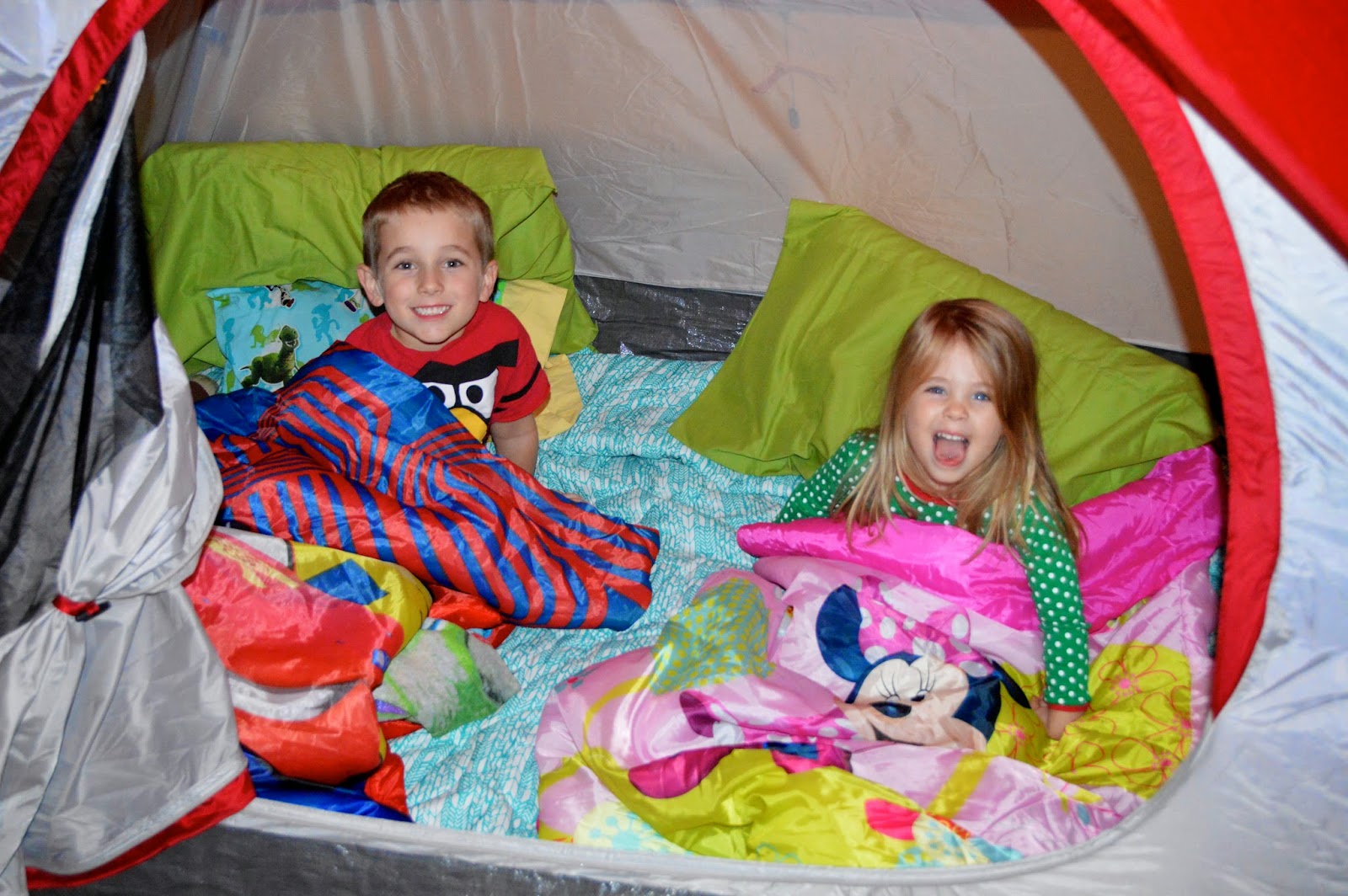 It was SUCH a great day. As life gets busier and busier I appreciate the chill family days together more and more. I couldn’t be more thankful for my little family!