I am not hardcore about a timeline of when to transition a toddler from a crib to a bed. For us, it’s always been about me being pregnant and wanting that toddler to adjust to life in the bed well before the new baby arrives and takes over the toddler’s crib 😉

With Tess though, I’m not pregnant. However, we are adopting and a baby WILL be joining our family. Even though we have zero clue when that will be! We have been on break with our adoption and will be starting to work with agencies and hopefully being matched with a birth mom soon so we wanted to go ahead and get the nursery rolling and get Tess adjusted to the big kid bed.

She’s never had a single issue with the crib. None of our kids have ever tried to climb out of it or have seemed like they “needed” the big bed. We have just always made the transition due to timing with our growing family. Our last baby will probably stay in a crib till he’s 10 😉

You can see how the transition from crib to bed went for Kye here and Britt here!

I took a few pics of her last night in her crib. My little baby is just growing up toooooo fast!!! 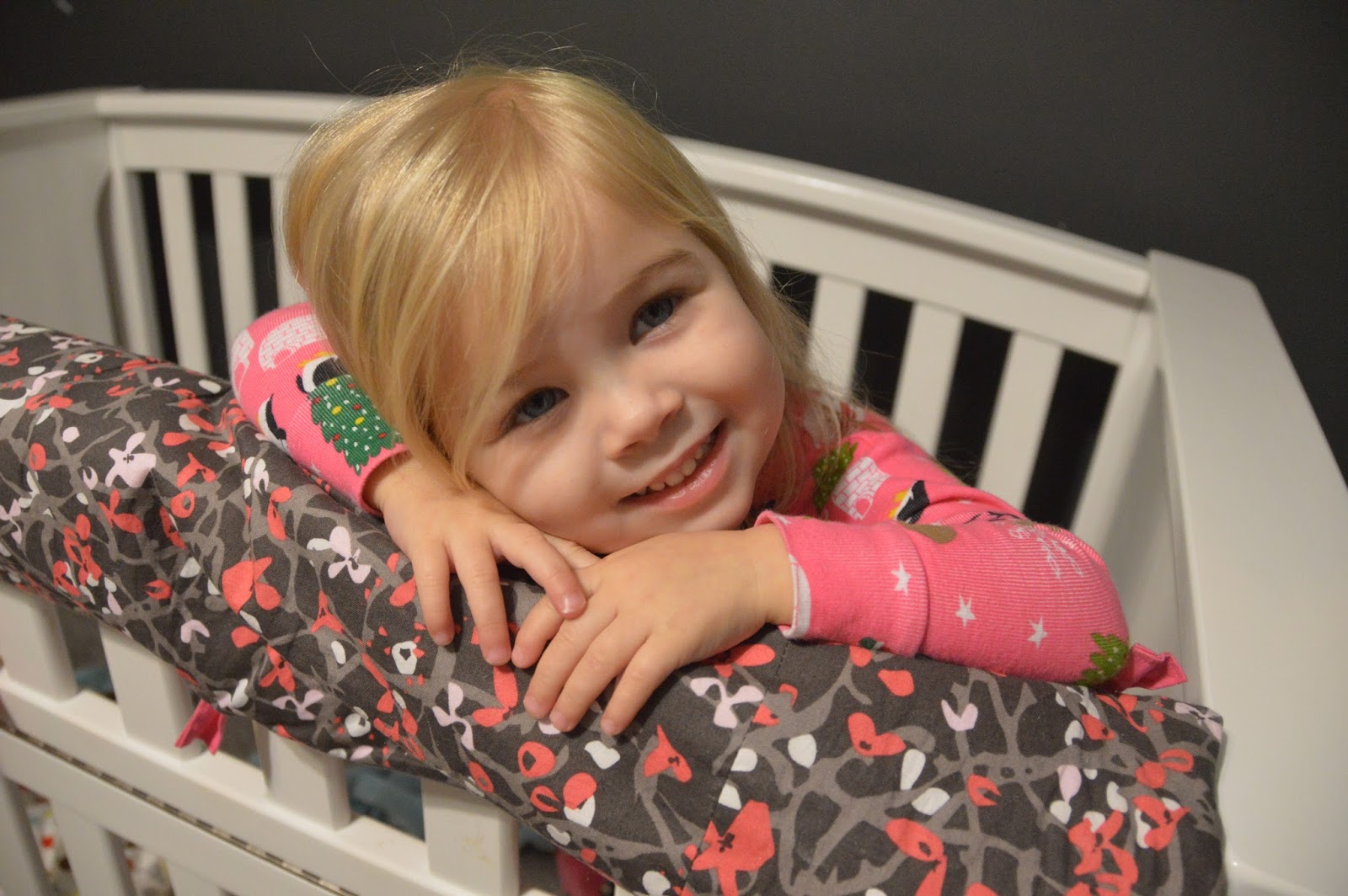 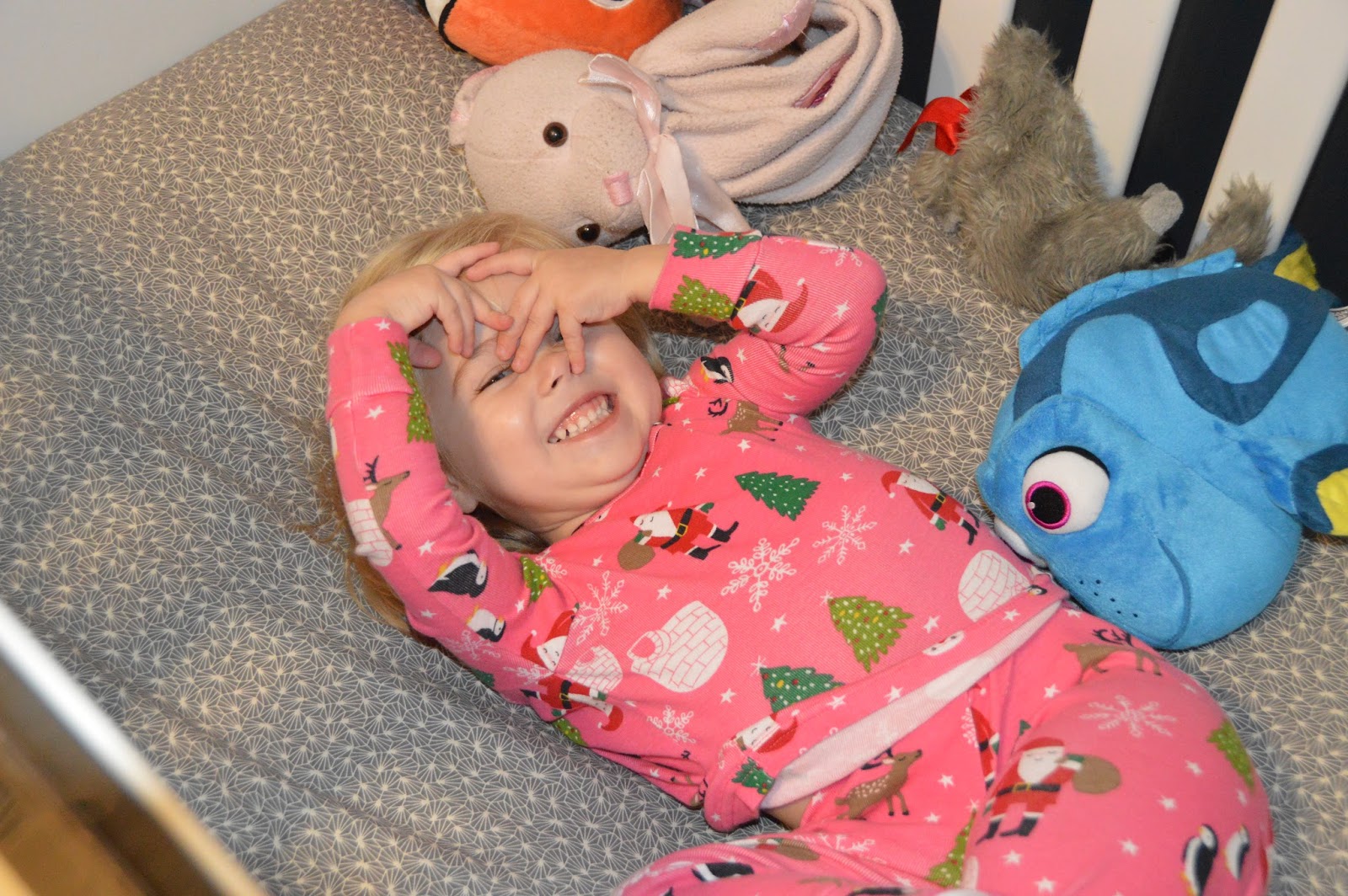 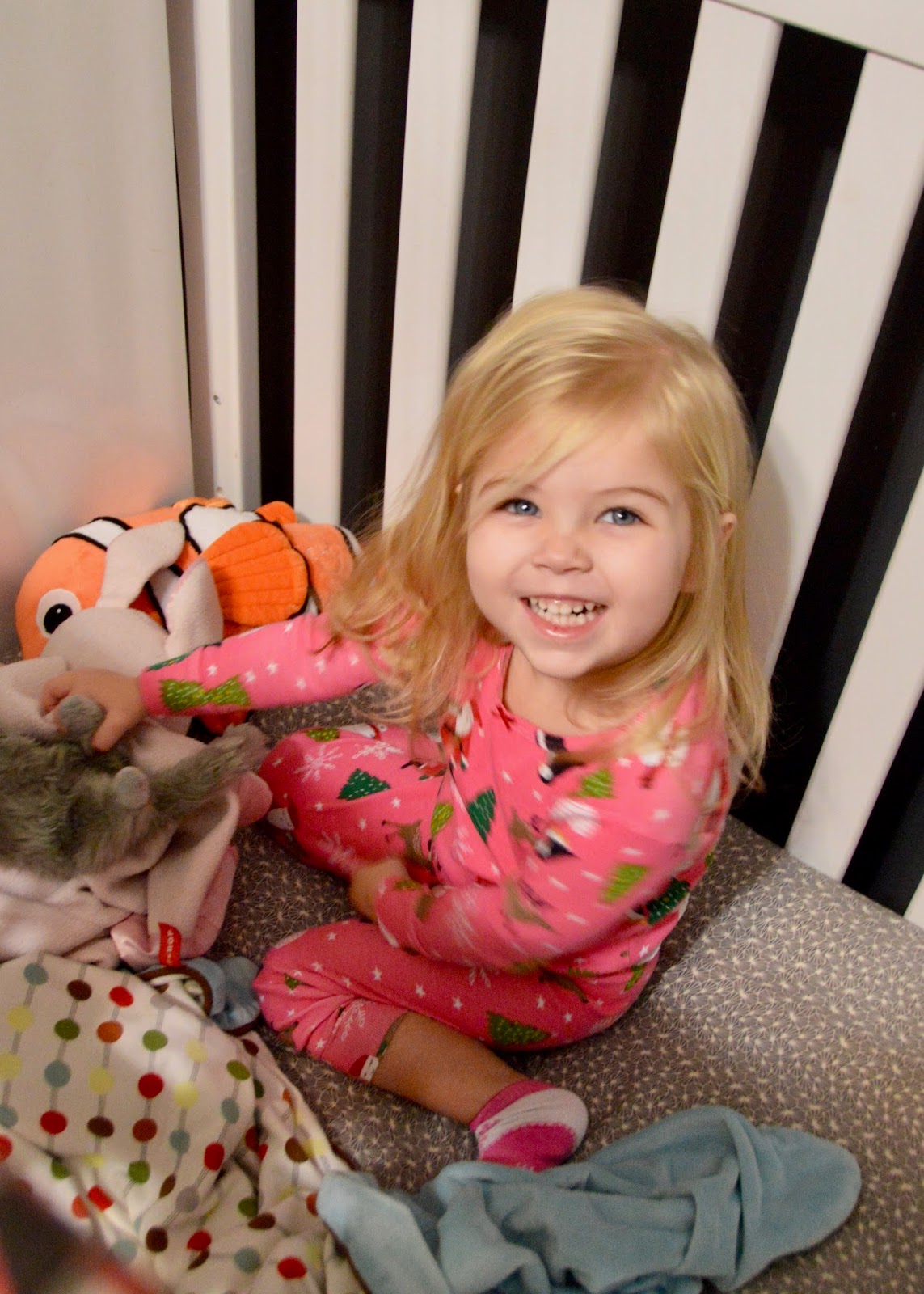 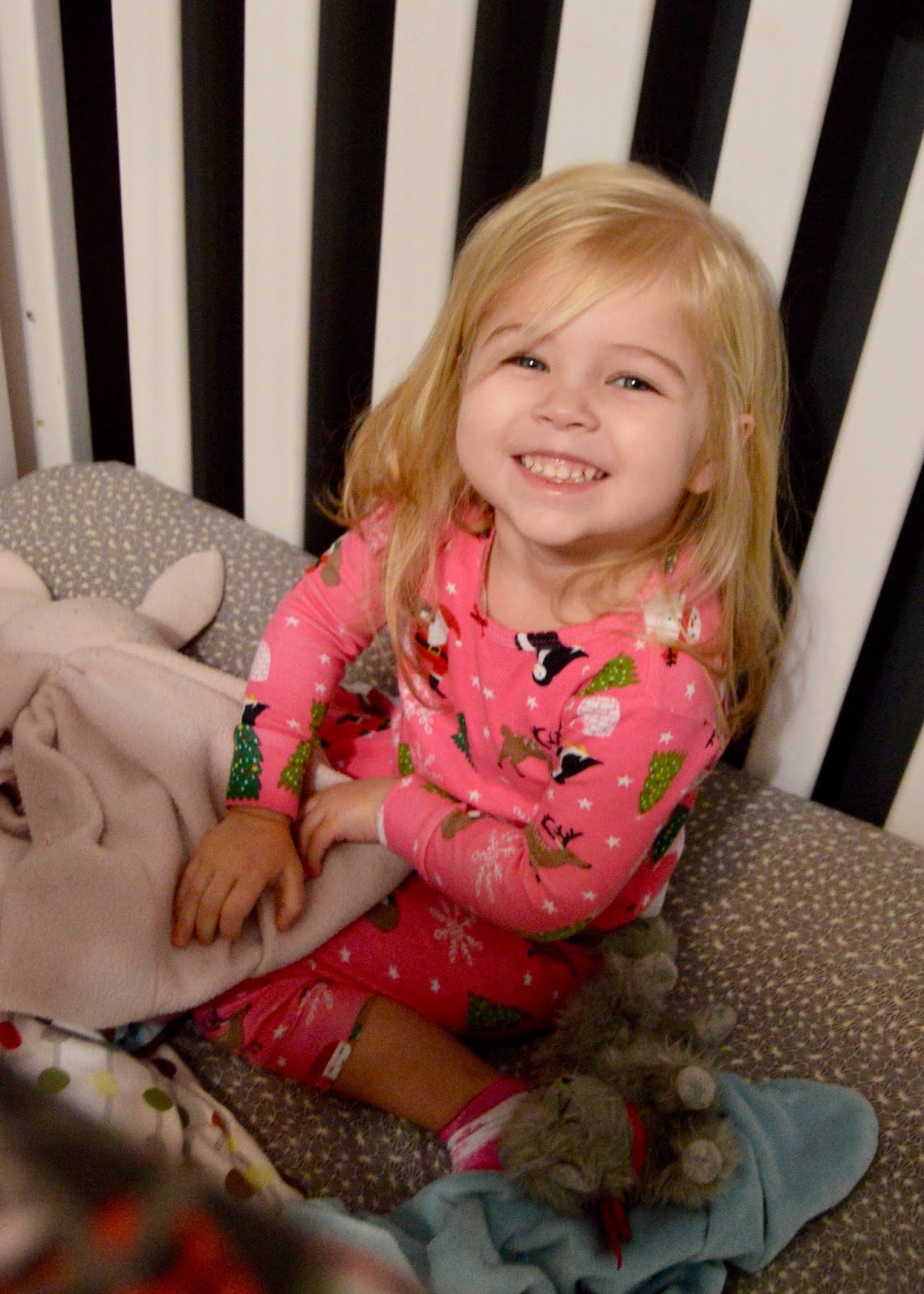 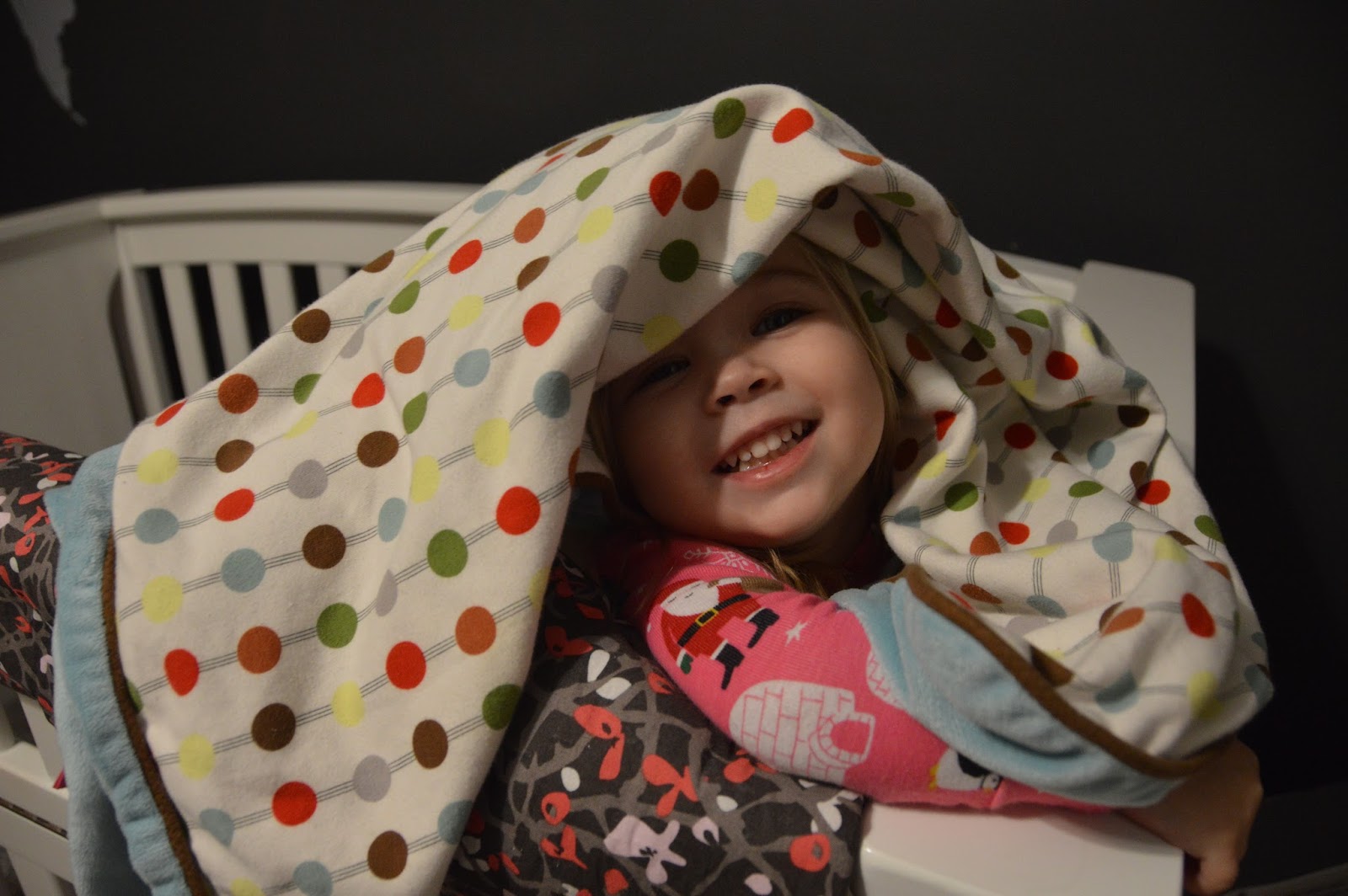 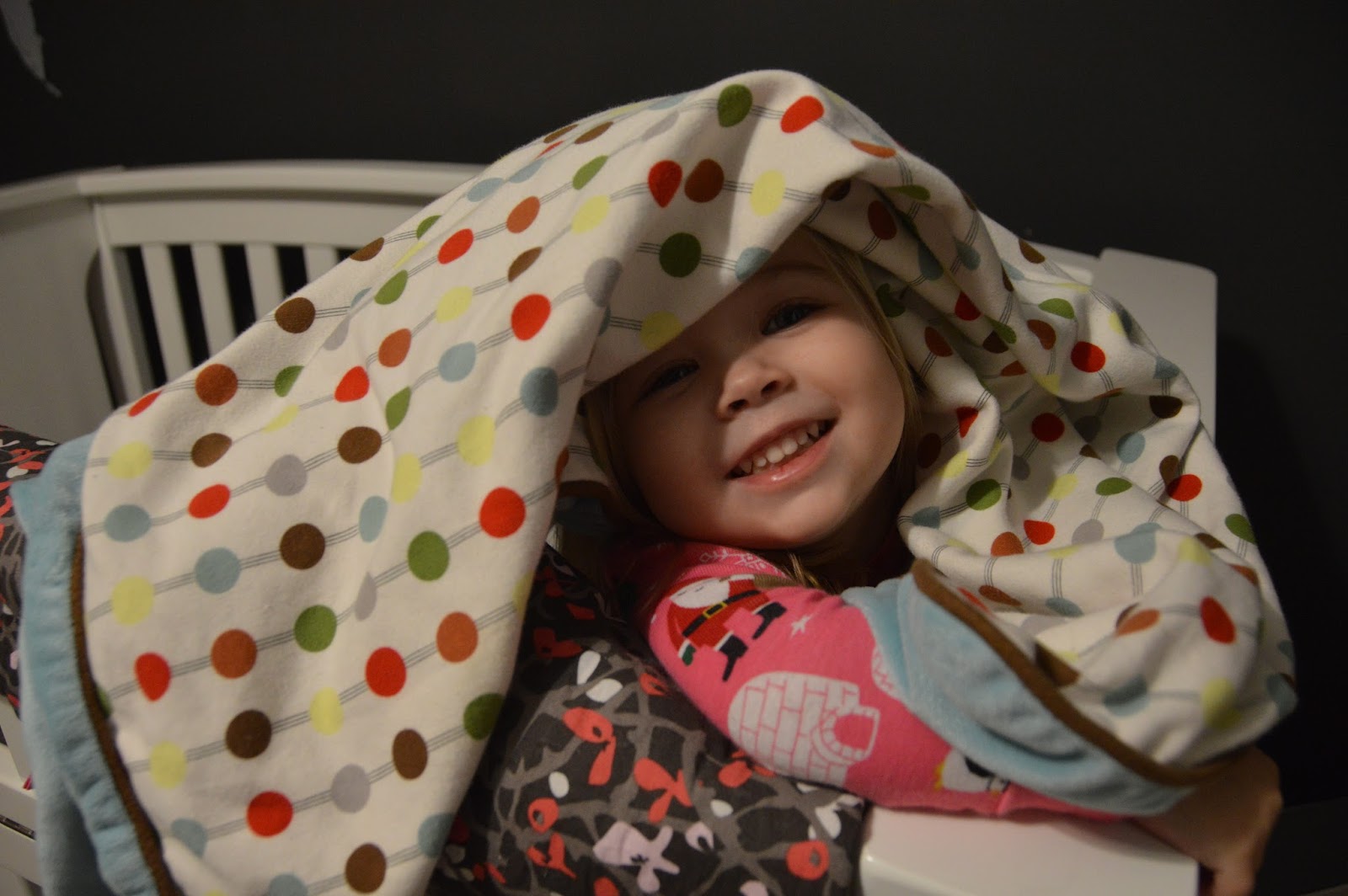 Duh. I totally got emotional about it!!! 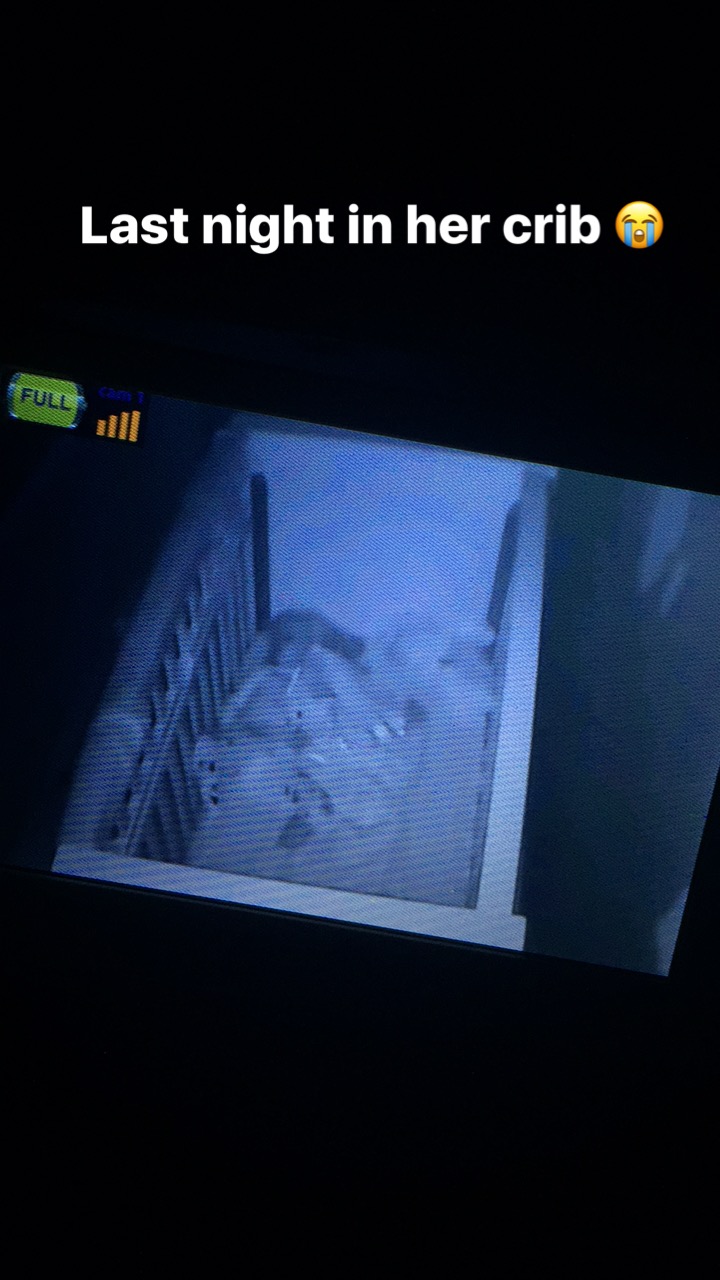 Each of our kids have had different “big kid beds.” Kye has a bunk bed where the bottom bunk is turned perpendicular to the top one. This means he kinds had a “cave” like effect when laying in his bed as he has shelves on one side of him and a desk on the other. For Britt she had a full size bed in her room. The thing was massive! The way her bed was facing there weren’t many distractions at all around her. Plus the thing took up so much dang space in her room that there wasn’t much of anything IN her room either!!!

For Tess I wanted a daybed. I wanted there to be LOTS of floor space in her room to play. Britt got a new bunk bed for her new room (we couldn’t STAND the full size bed she was in before…it’s just WAY too big and totally took up all of her play area in her room) so we didn’t want Tess having a bunk bed too. I have always liked the way daybeds look and thought it’d flow so well with her room. I will do a whole post on her “big girl” room soon as we still are finishing up a few things! I LOVE her bedding though and how the whole bed turned out! (We ordered this one from Target!)

My biggest tip of advice with the big kid bed transition is to make a HUGE deal about it! We built it up big time for Tess and she was excited about the switch! Doesn’t she just look so, so cute in her bed? 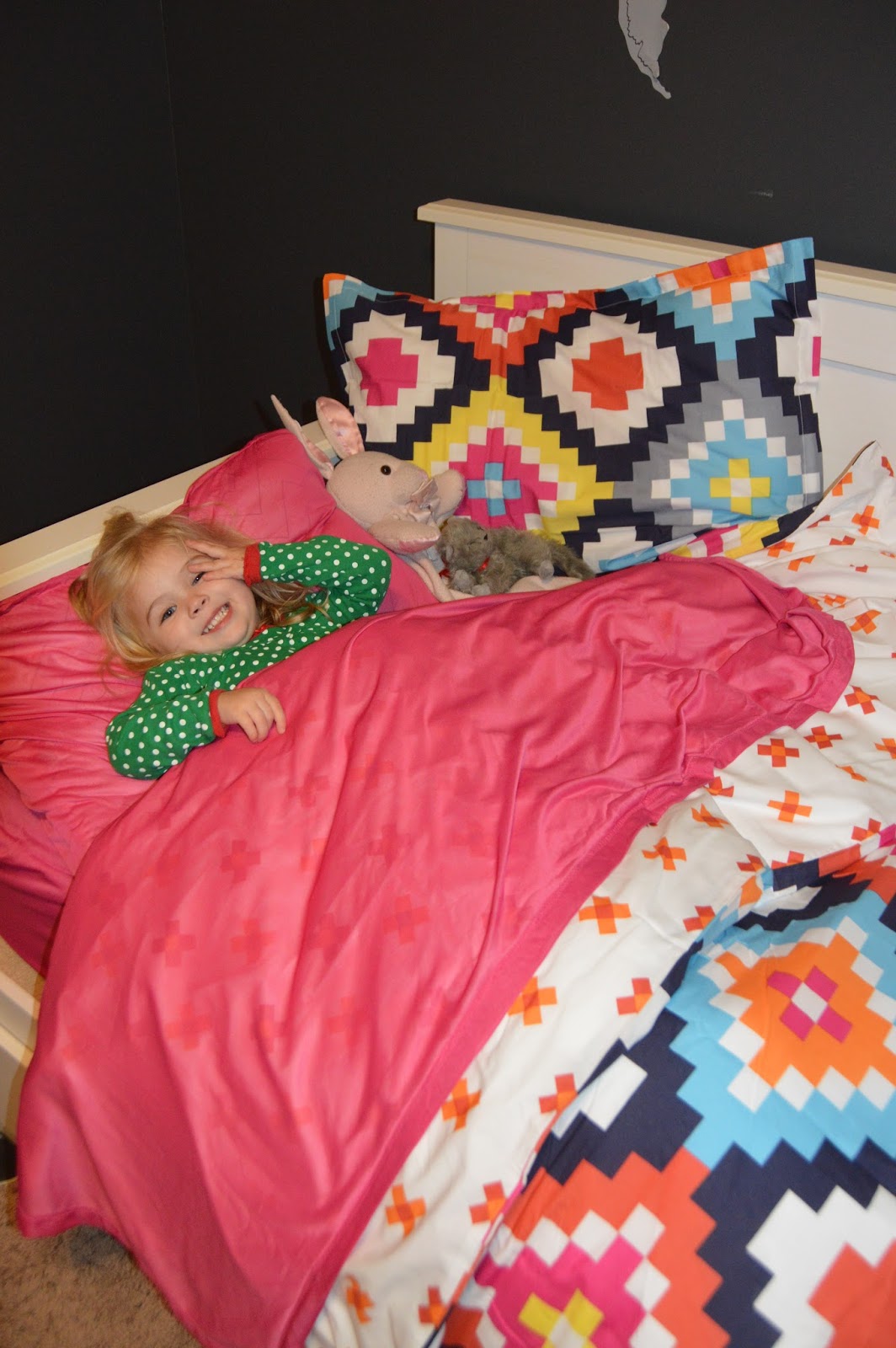 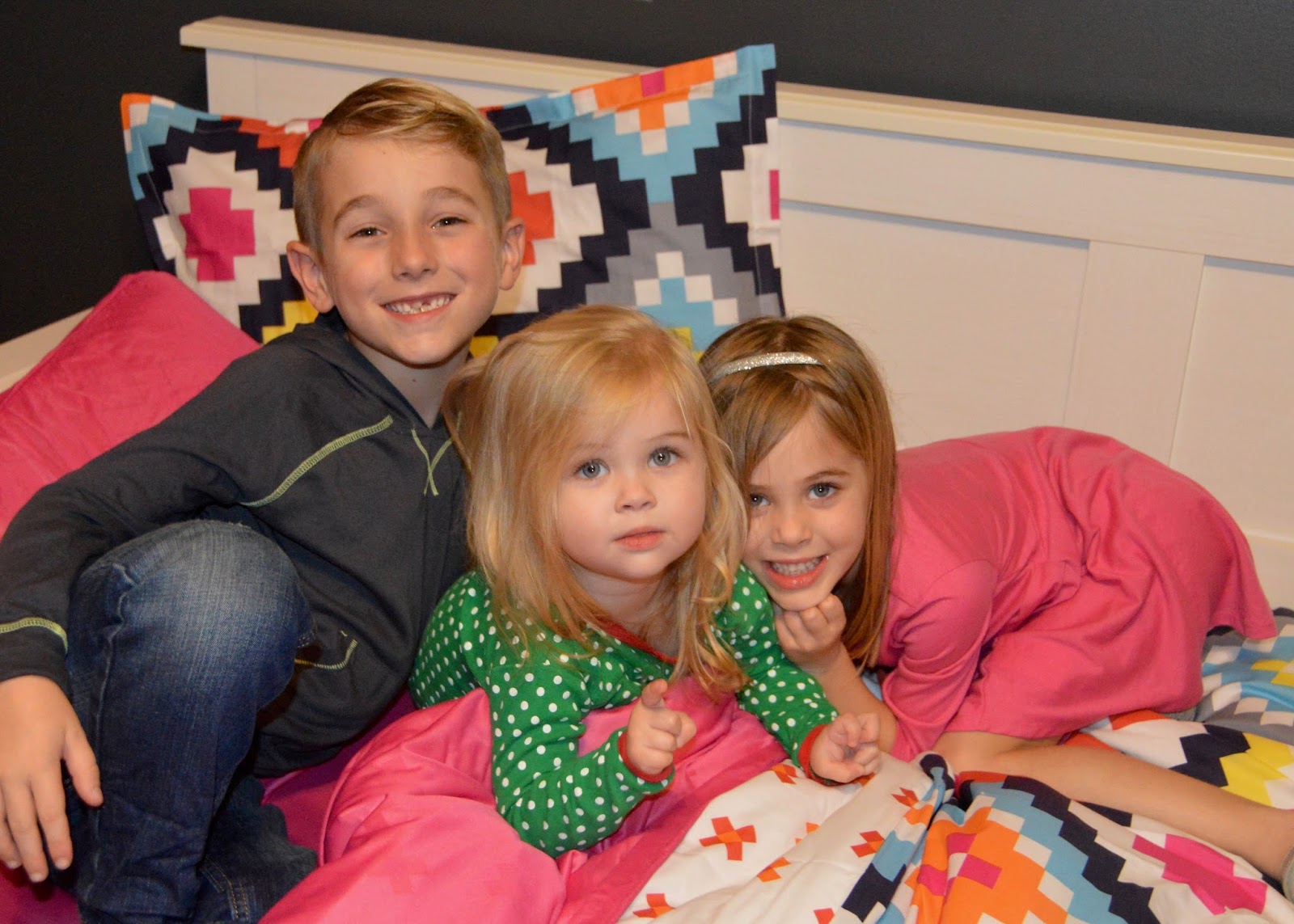 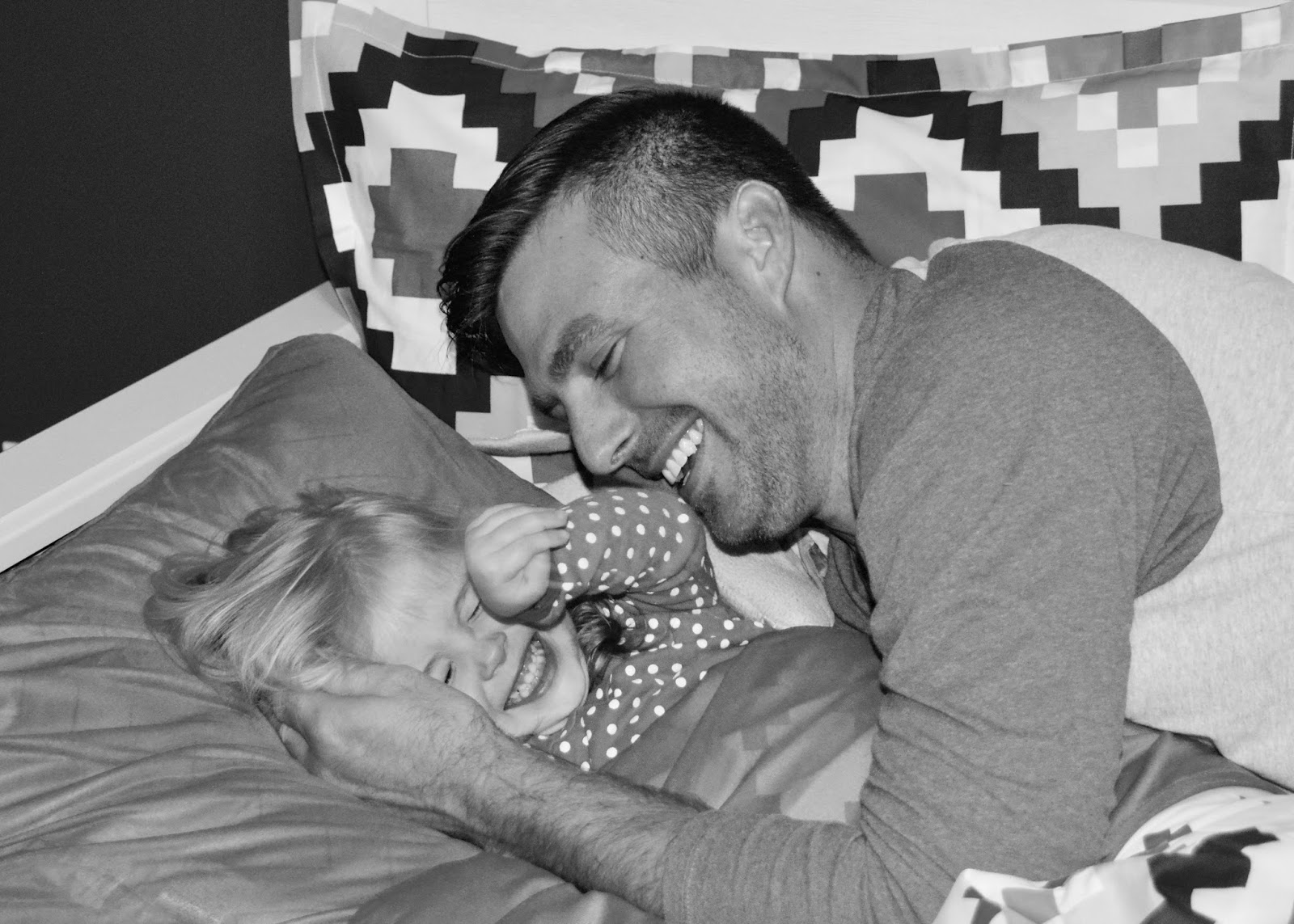 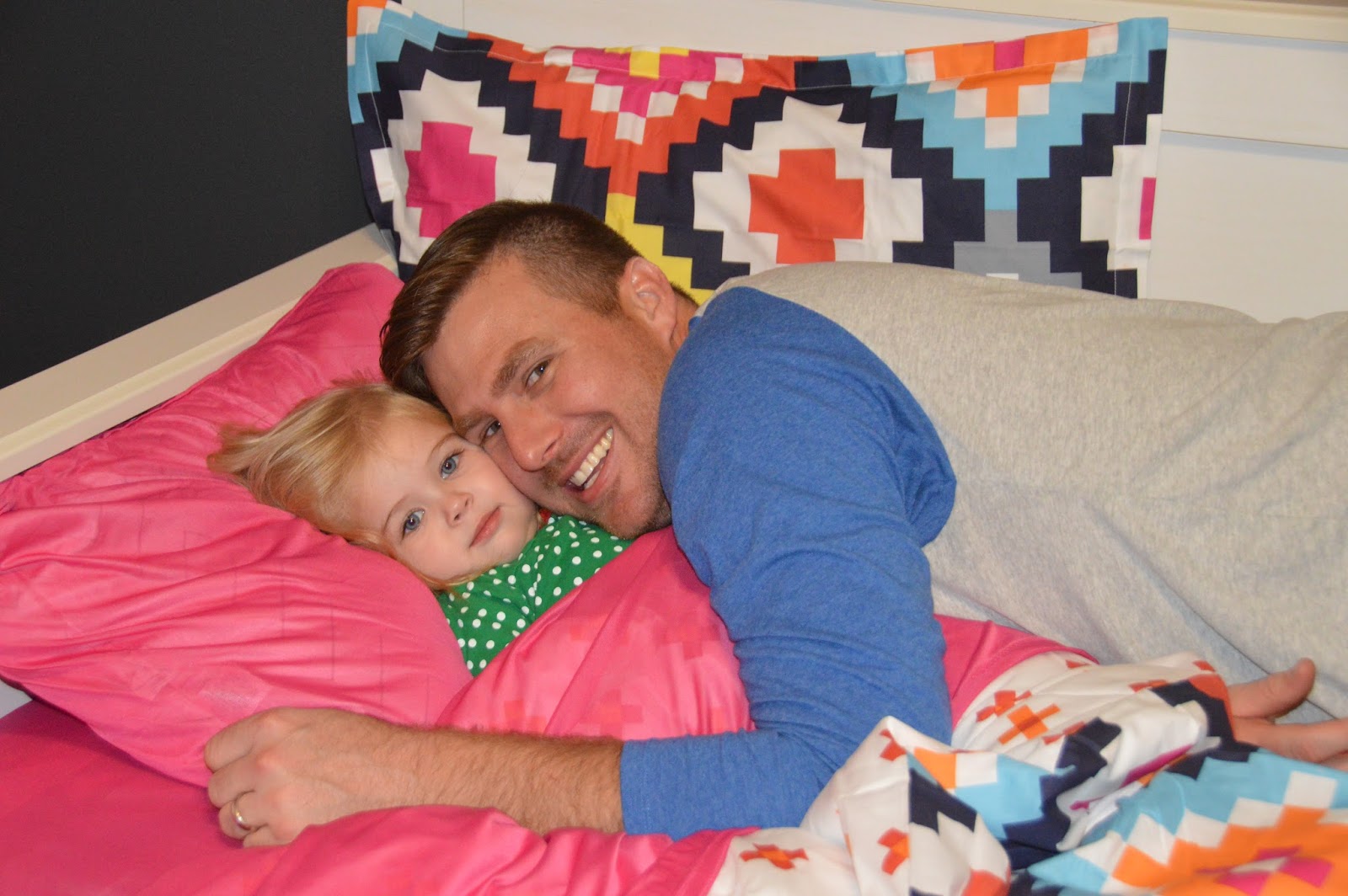 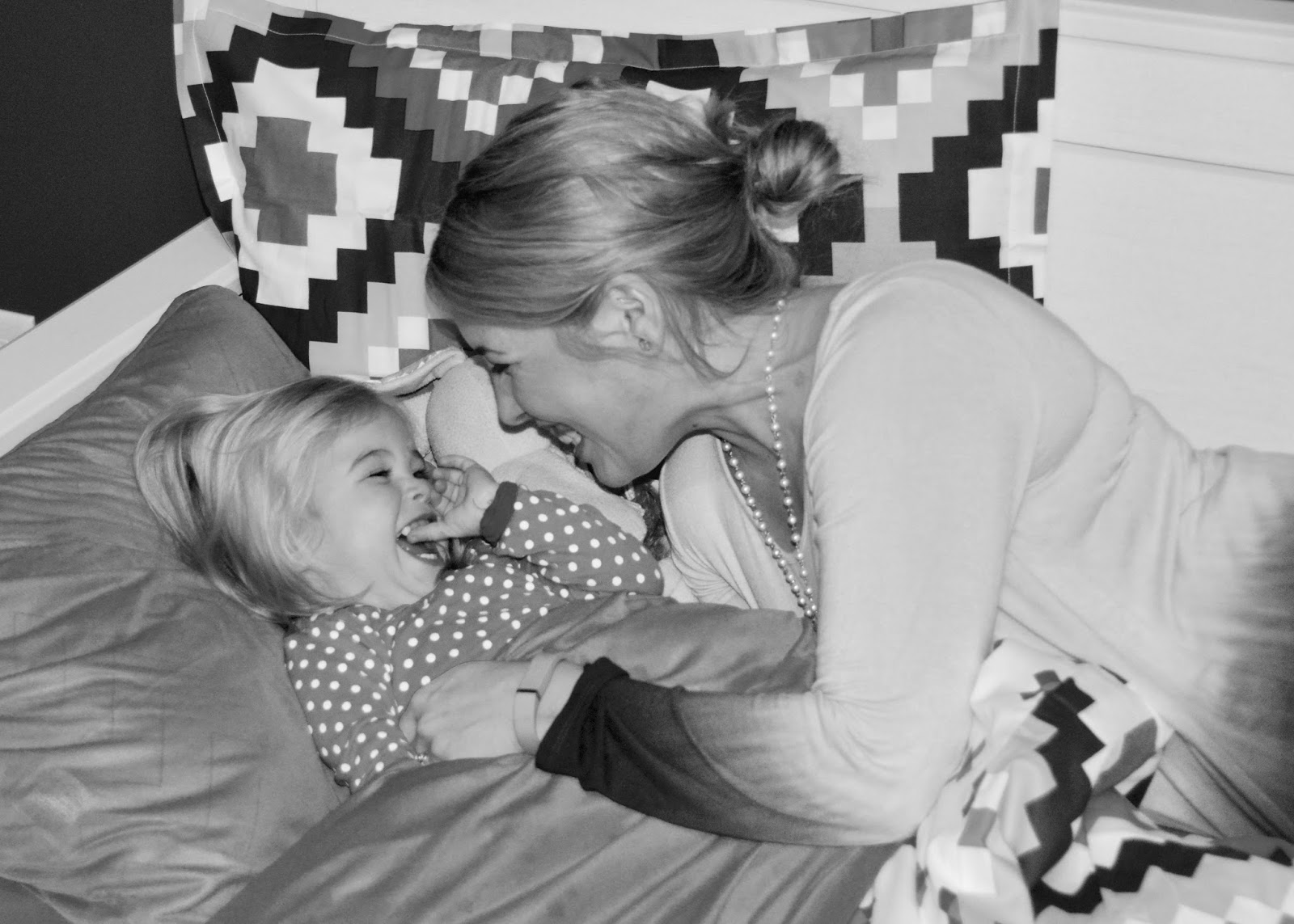 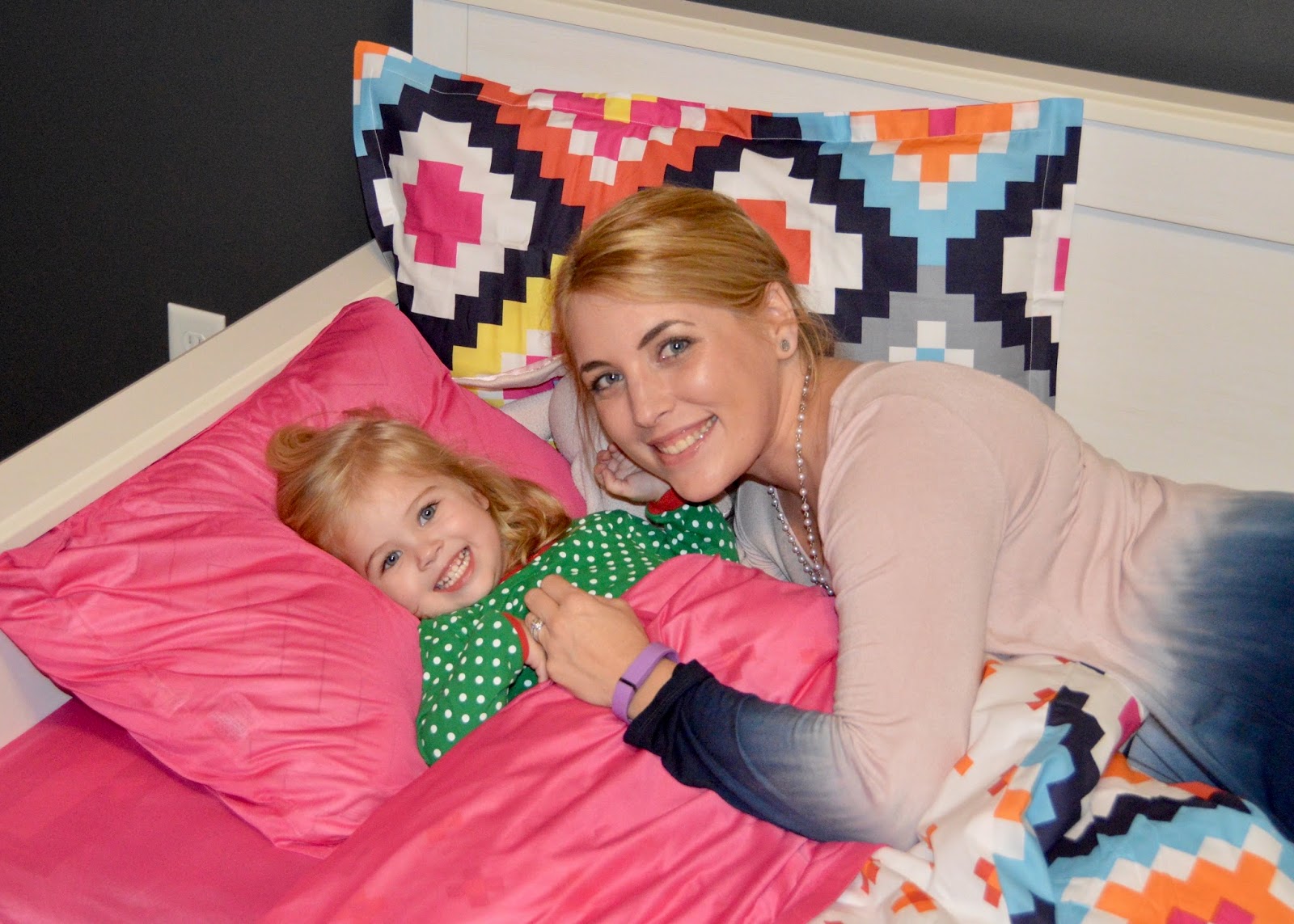 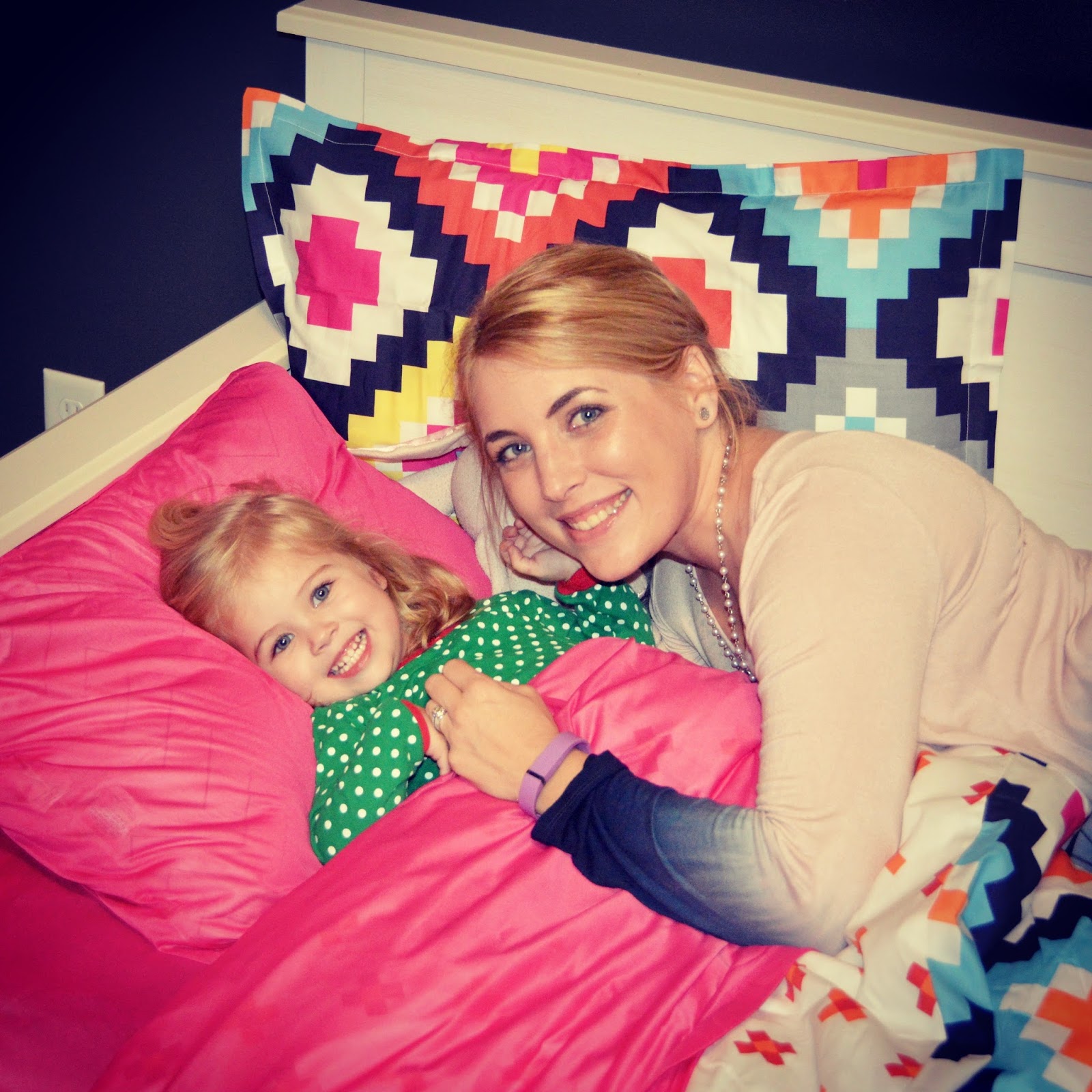 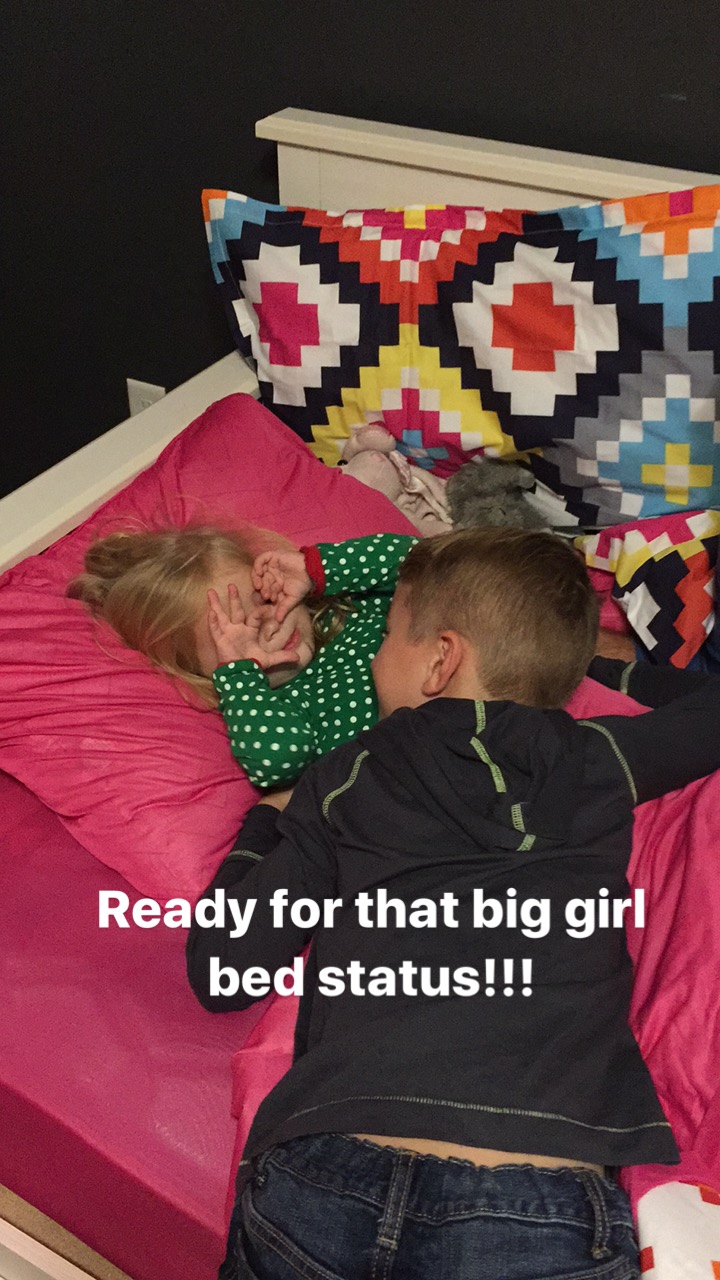 She just laid there staring for a long, long time. No noises. No sitting up. Just laying with her eyes wide open! 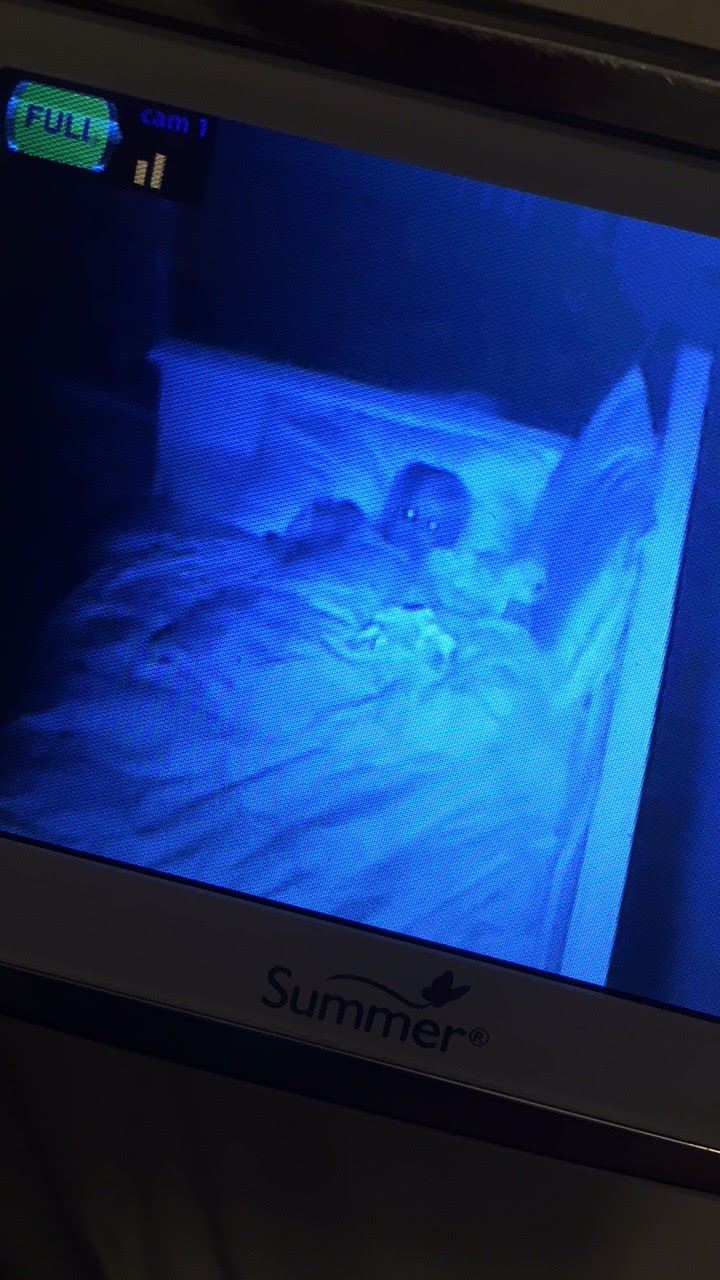 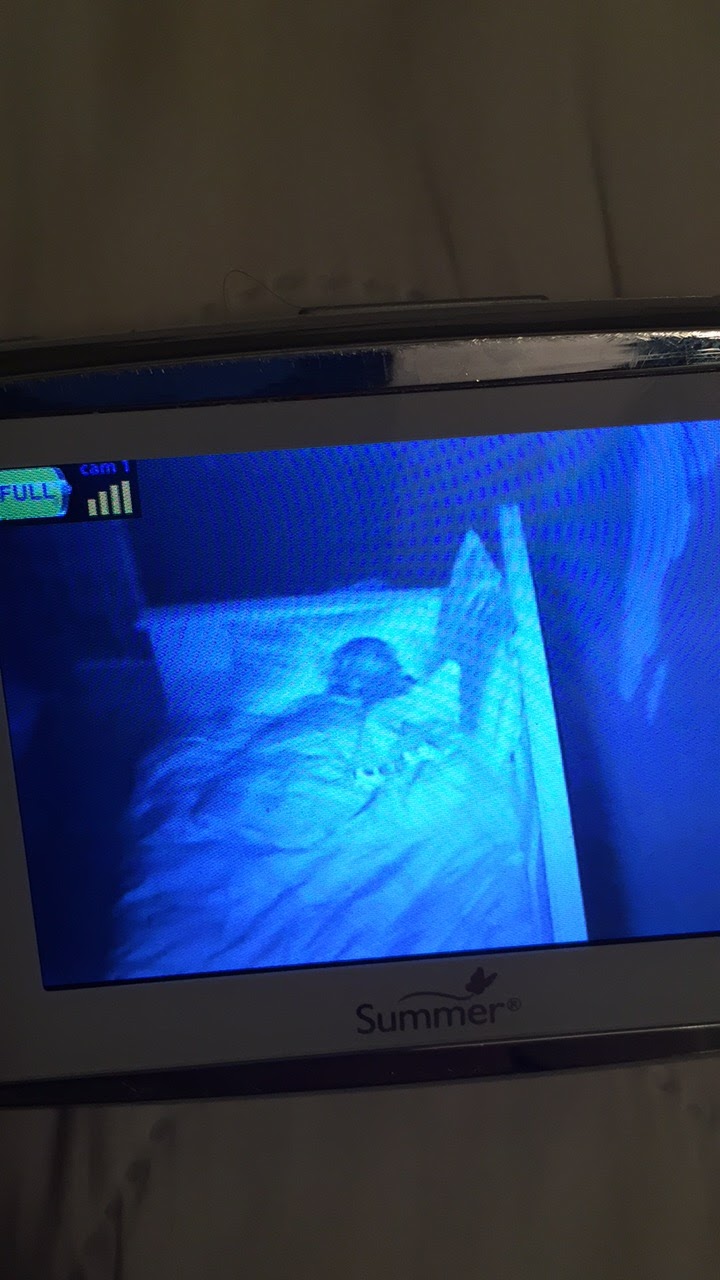 Turns out she’s a bit of a crazy sleeper 😉 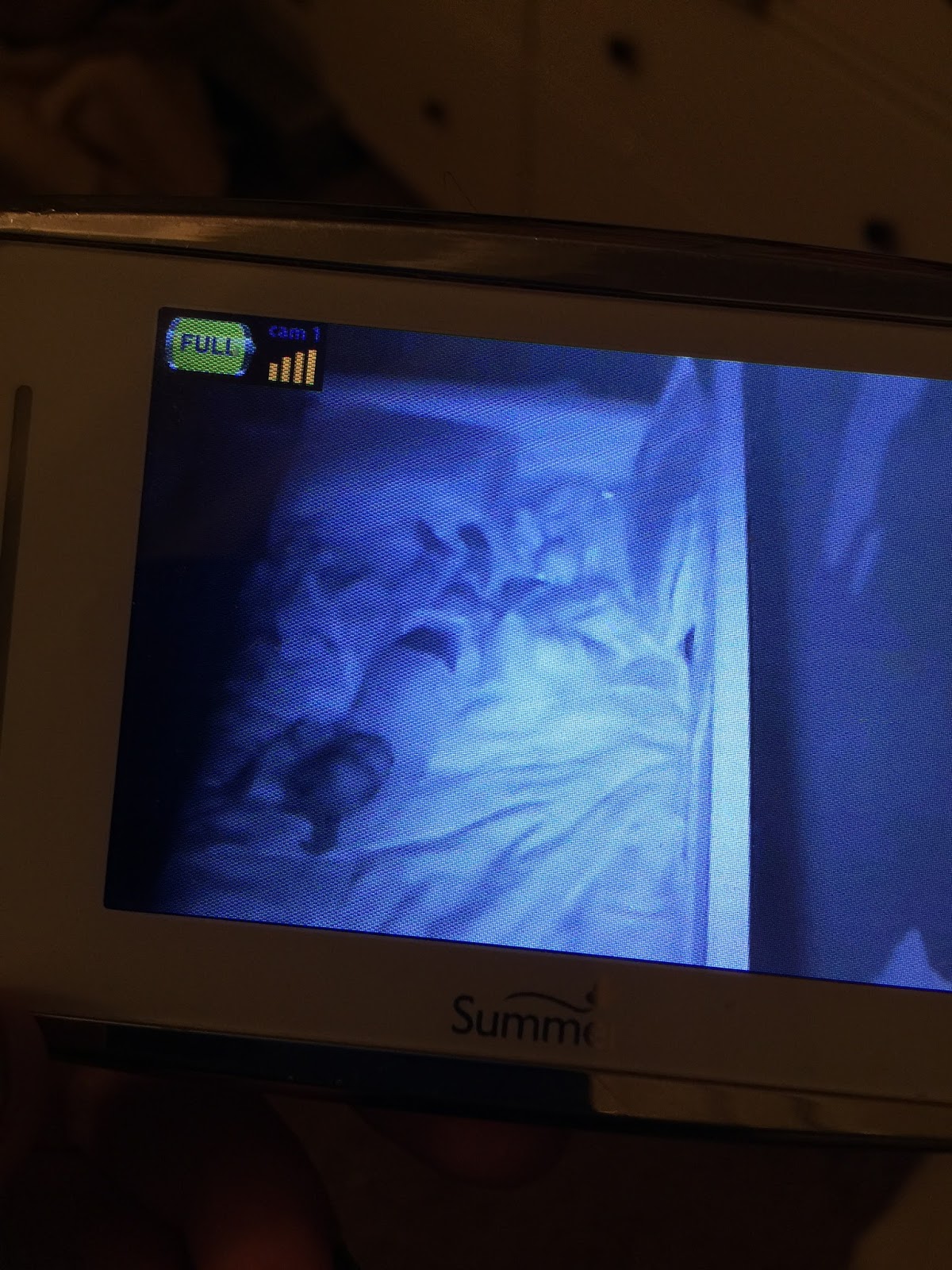 I ALWAYS do the transition from crib to bed at night for the first time because they are the most tired (and the room is the most dark). That first nap always makes me nervous but Tess did great! 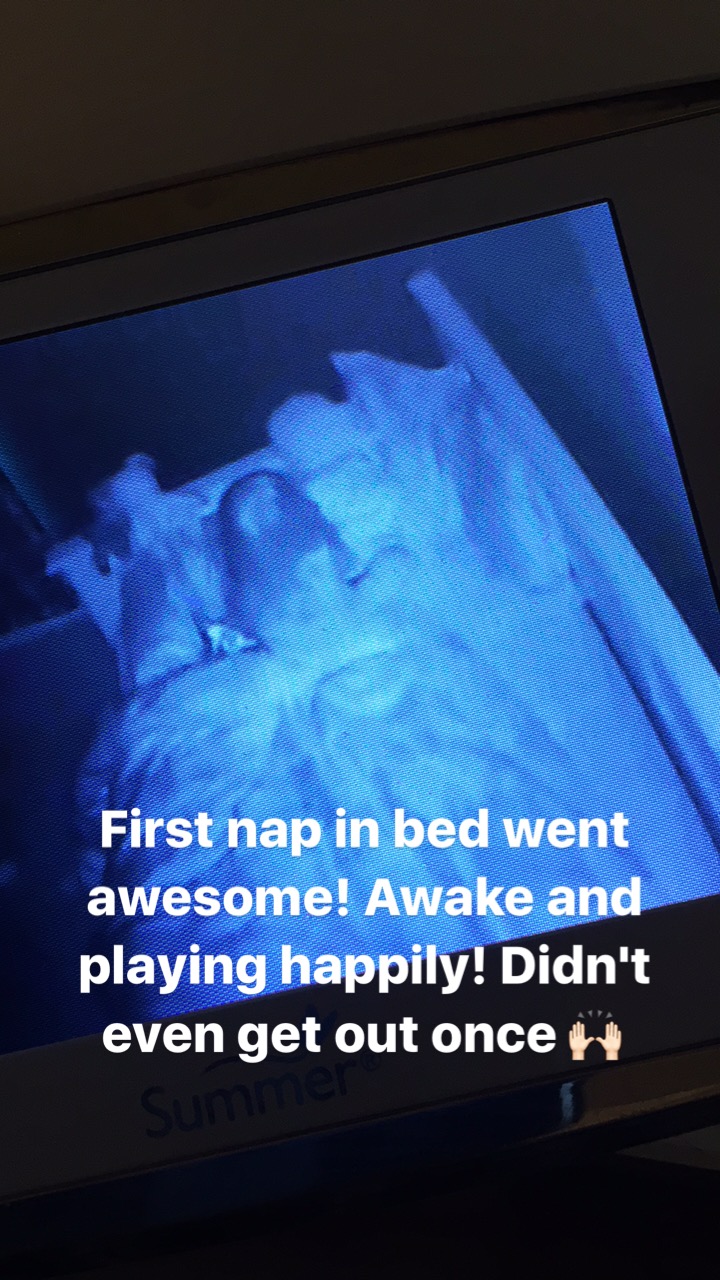 Tess’s transition has NOT been as smooth as the older two. I do believe a lot of that is due to her bed. Being a day bed it’s smaller than Britt’s and more open to her room. There are a TON of directions and temptations for her. She’s struggled with getting out. She’s struggled with simply NOT sleeping. She’s struggled with FALLING out while asleep. I tried to do some of the pool noodles under the sheet but that didn’t really help either. I’ve purchased a side rail for her bed but have put off opening it in hopes of returning it. But I do think it’d help her comfort levels with the bed. I think she misses having that closed in feeling and that she struggles with falling asleep because of it. Lack of ability to easily fall asleep means she’s awake to BE tempted by her surroundings and then will get out. We’ve had to spend a good bit of discipline on this issue. One time she even stood up on the side rail of the bed and fell to the floor. Insane! I have been spending the first 20-30 min of nap time every day glued to the video monitor. She’s very quiet so I have to physically watch her and then catch her the second she gets out of the bed. Most days she sits on the edge of her bed and falls asleep sitting up!

I know this time of transition will not be permanent, although it is super frustrating. Typical third kid testing those boundaries right? I’m thankful Zach is SUPER consistent and it’s made me be more hardcore with her as well about it. She doesn’t have any issues at night at all (except the falling out of the bed thing) but naps is where she struggles. She is also my lowest sleep needs child so I do think that plays a roll too. She does LOVE her bed and hasn’t ever asked to be back in the crib and is happy about going to bed. We just have to work on the sleeping in it part 😉

Luckily for her she’s too cute to be too annoyed by it 🙂 And yes, we’re also still dealing with diaper removal issues. She’s been wanting to go with just panties to bed. She hates the diaper and will try to take it off but at the same time doesn’t consistently stay dry and clean during sleep (and especially with being awake so much during naps). I also think the diaper issue could be playing a roll in her lack of sleeping because she finds it uncomfortable so I’ve switched to pull ups during naps in hope that she’ll be more comfortable and better able to sleep and they will help ease the transition from diapers to panties during sleep times! So many transitions at once haha!

It’s a weird feeling to not have a baby in a crib in our house! We are eager to fill up that crib one last time 🙂 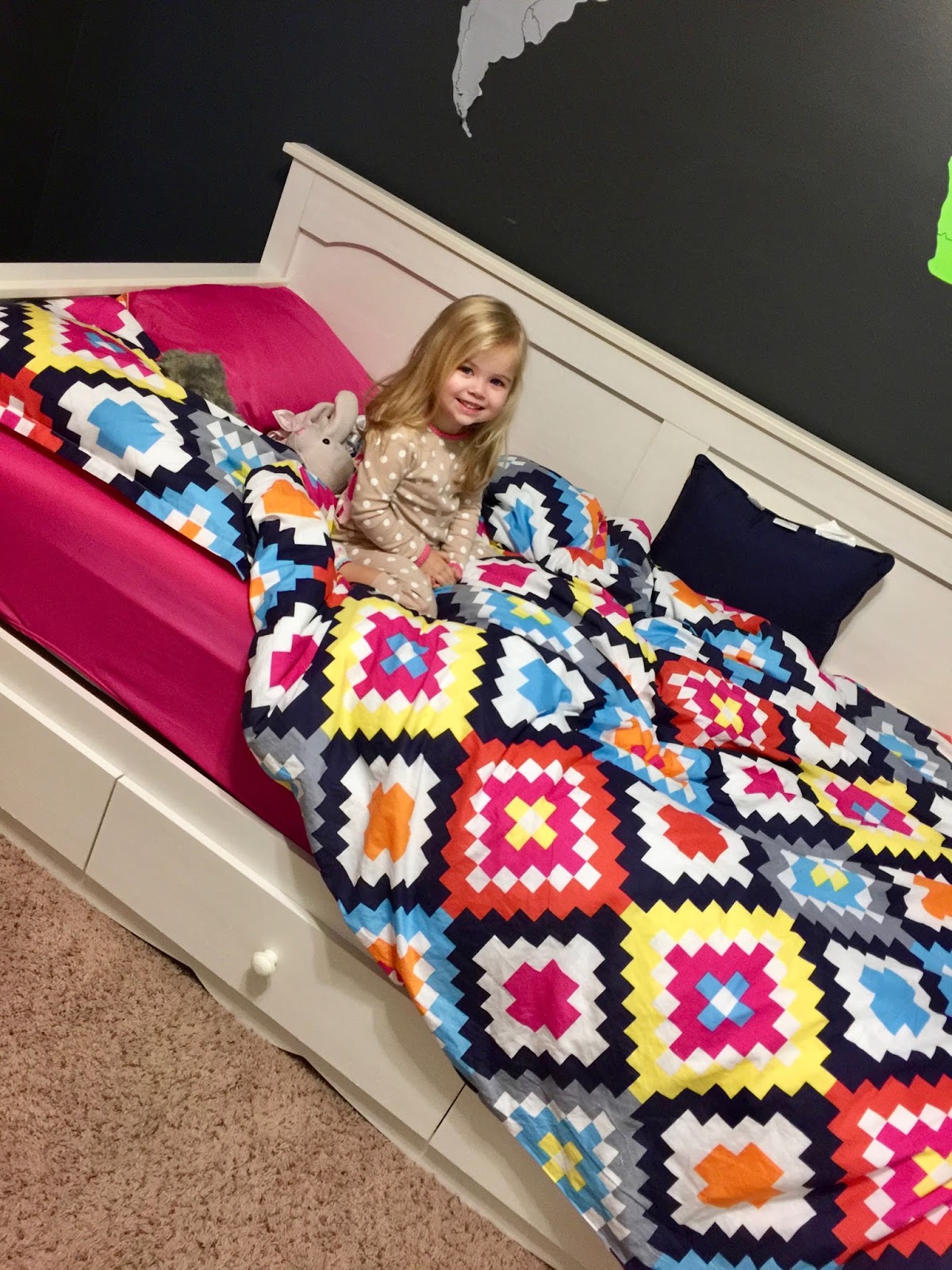