Tess turned 9 months old on the non-exsisting April 31st. This was THE toughest month to get pics of her. She was cutting a tooth so her hands were in her mouth a lot. Plus she’s mobile so she kept trying to crawl off the side of the chair. I have a plethora of helpers to get those cute Tess smiles out of her but even they couldn’t make it happen! Oh well!

Using What to Expect the First Year

, here is where Tess is at when compared to the “norm” for her age: 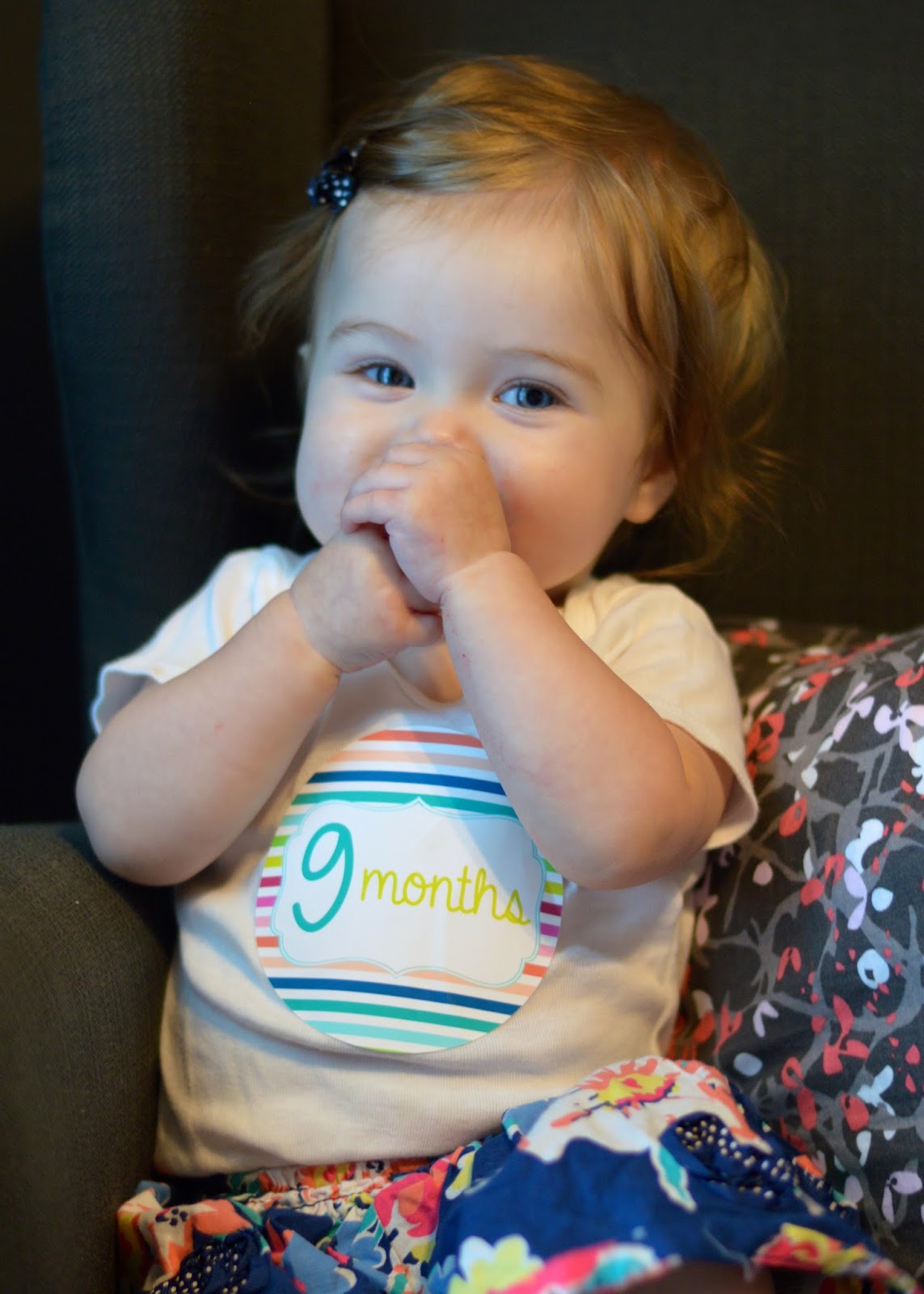 At 9 months old Tess can do everything a baby her age should be able to do including:

She can also do almost everything a baby her age will probably be able to do including: 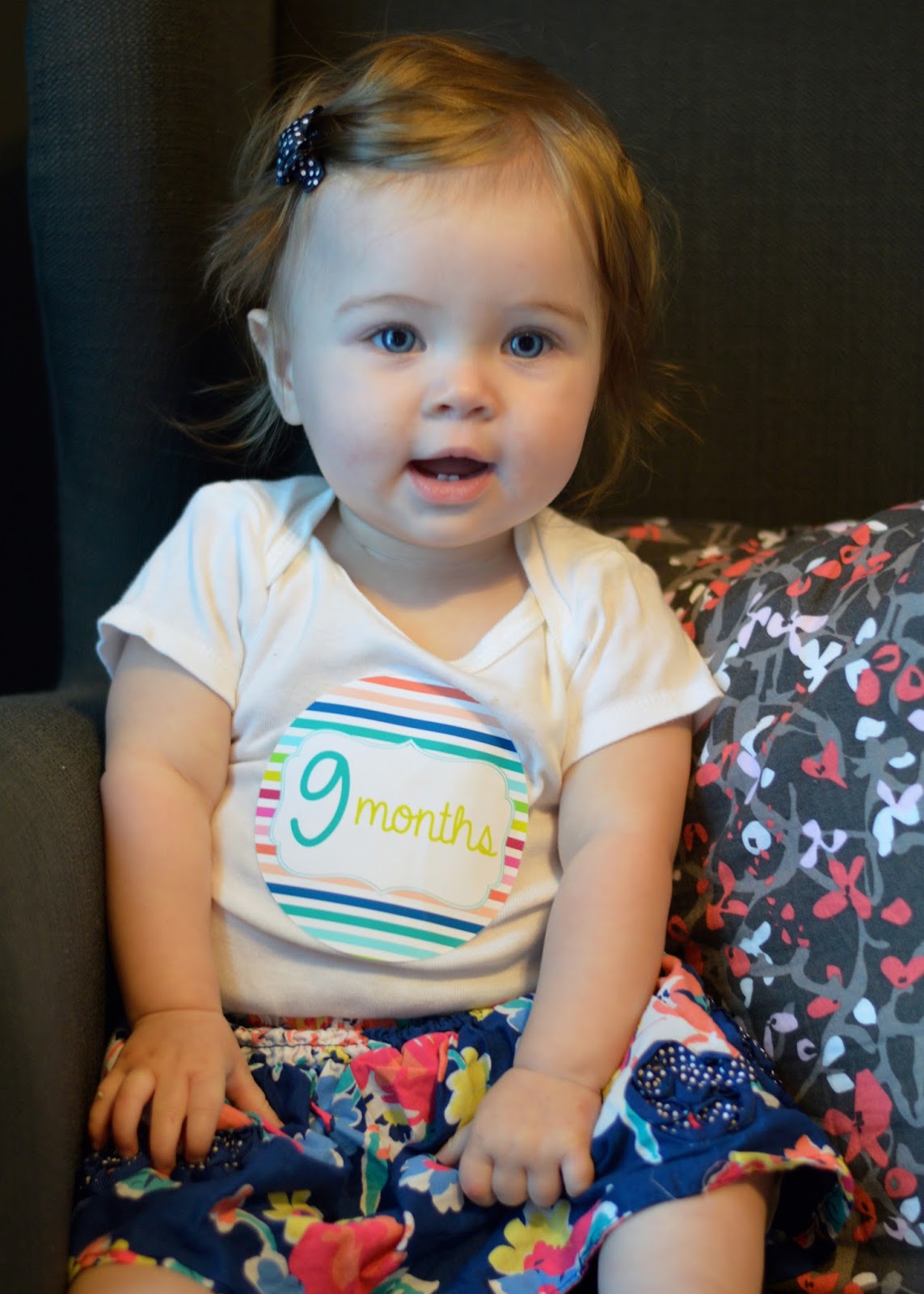 Tess can do a little bit of what a 9 month old may be able to do including: 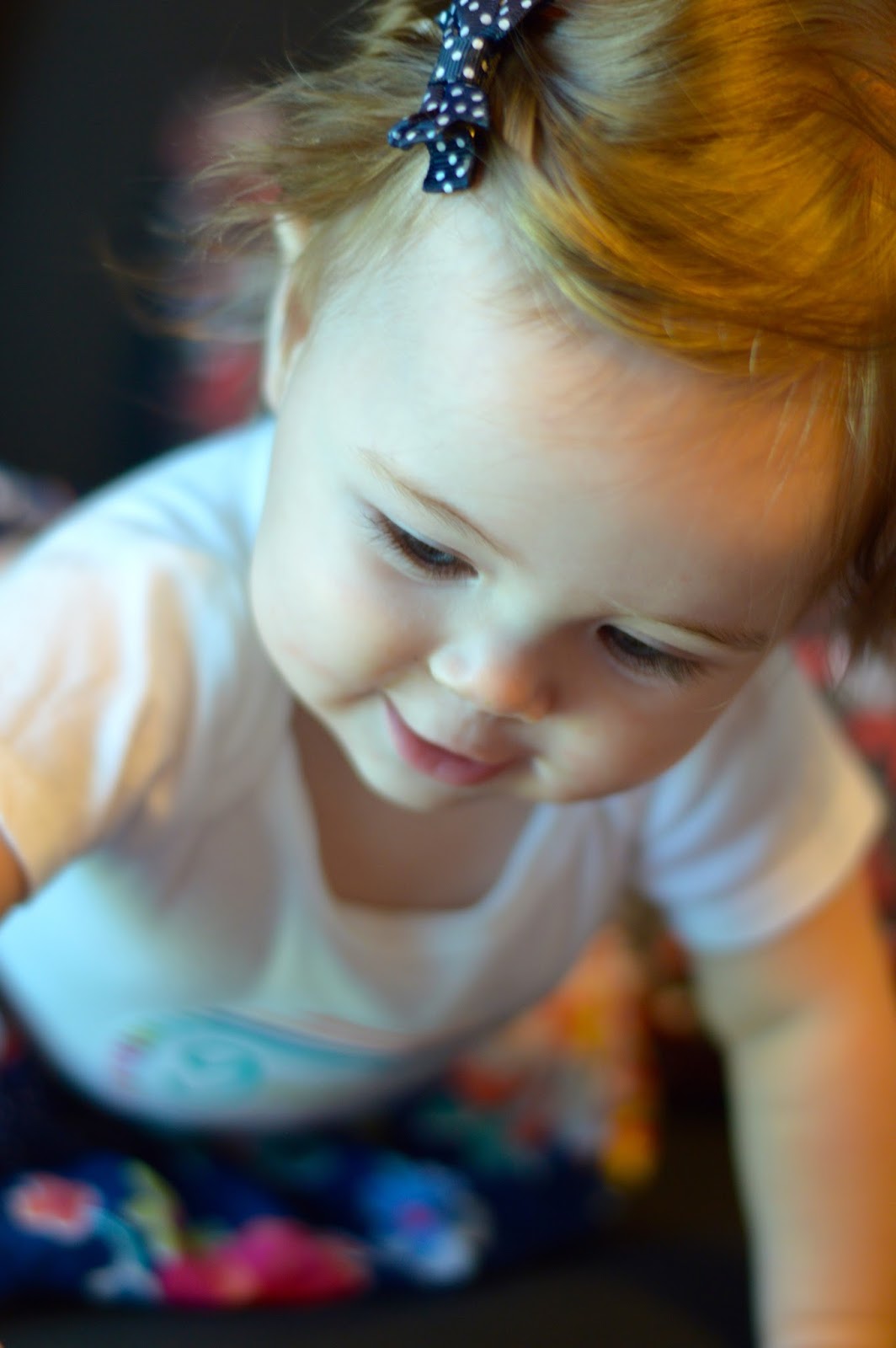 Tess can do many of the things a baby her age may even be able to do including: 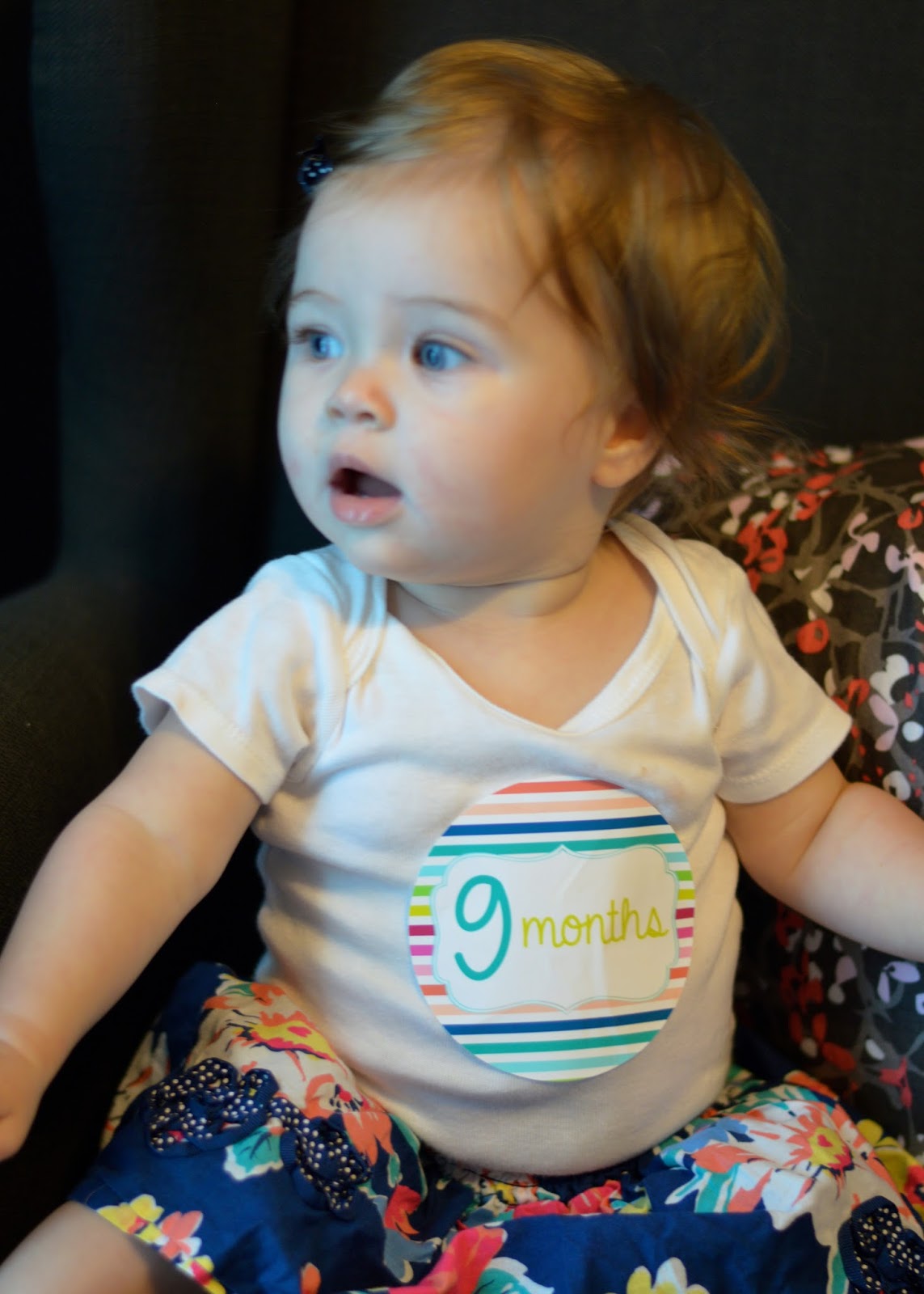 Some of the things a baby her age may even be able to do that Tess isn’t doing yet include: 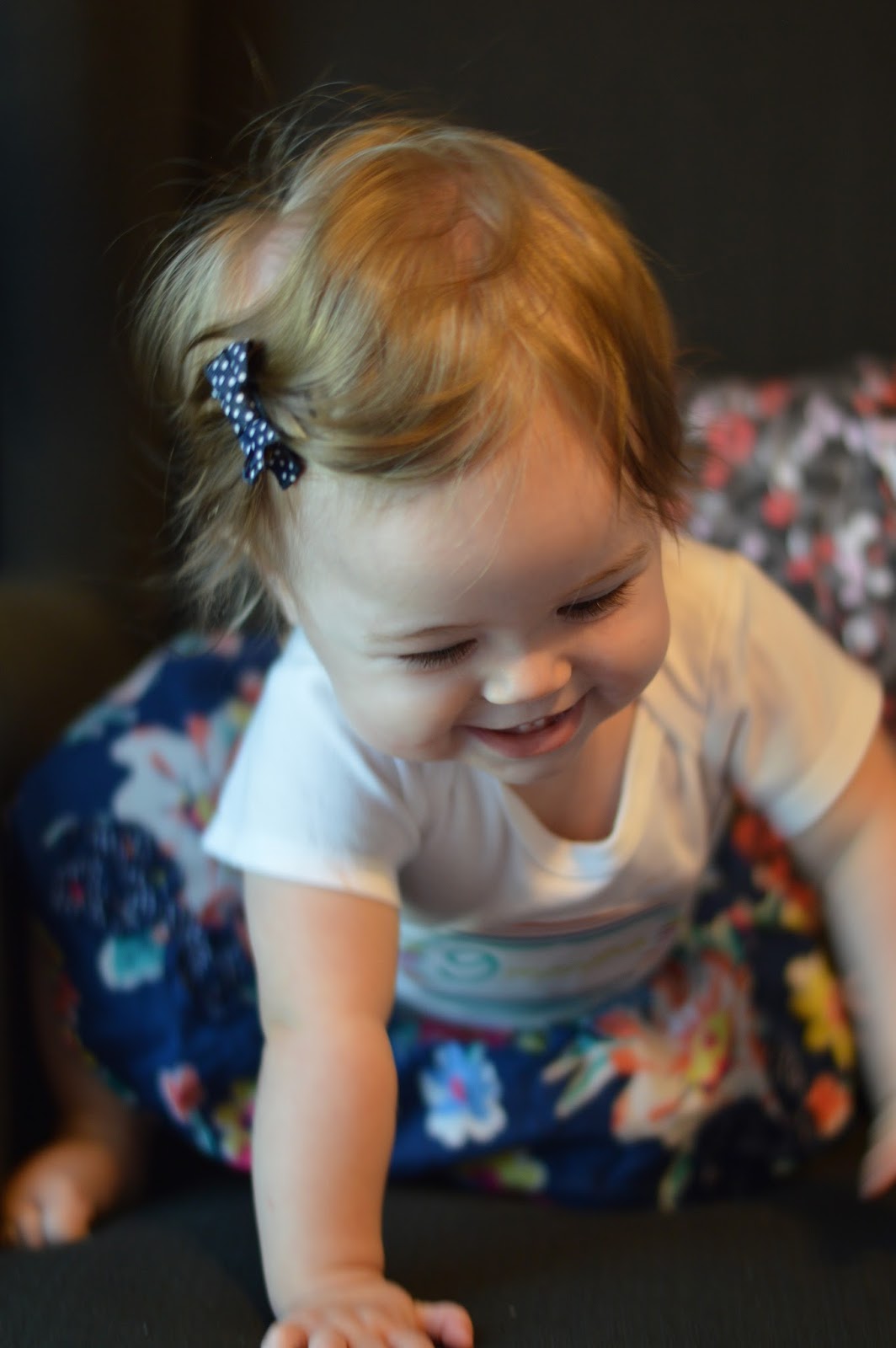 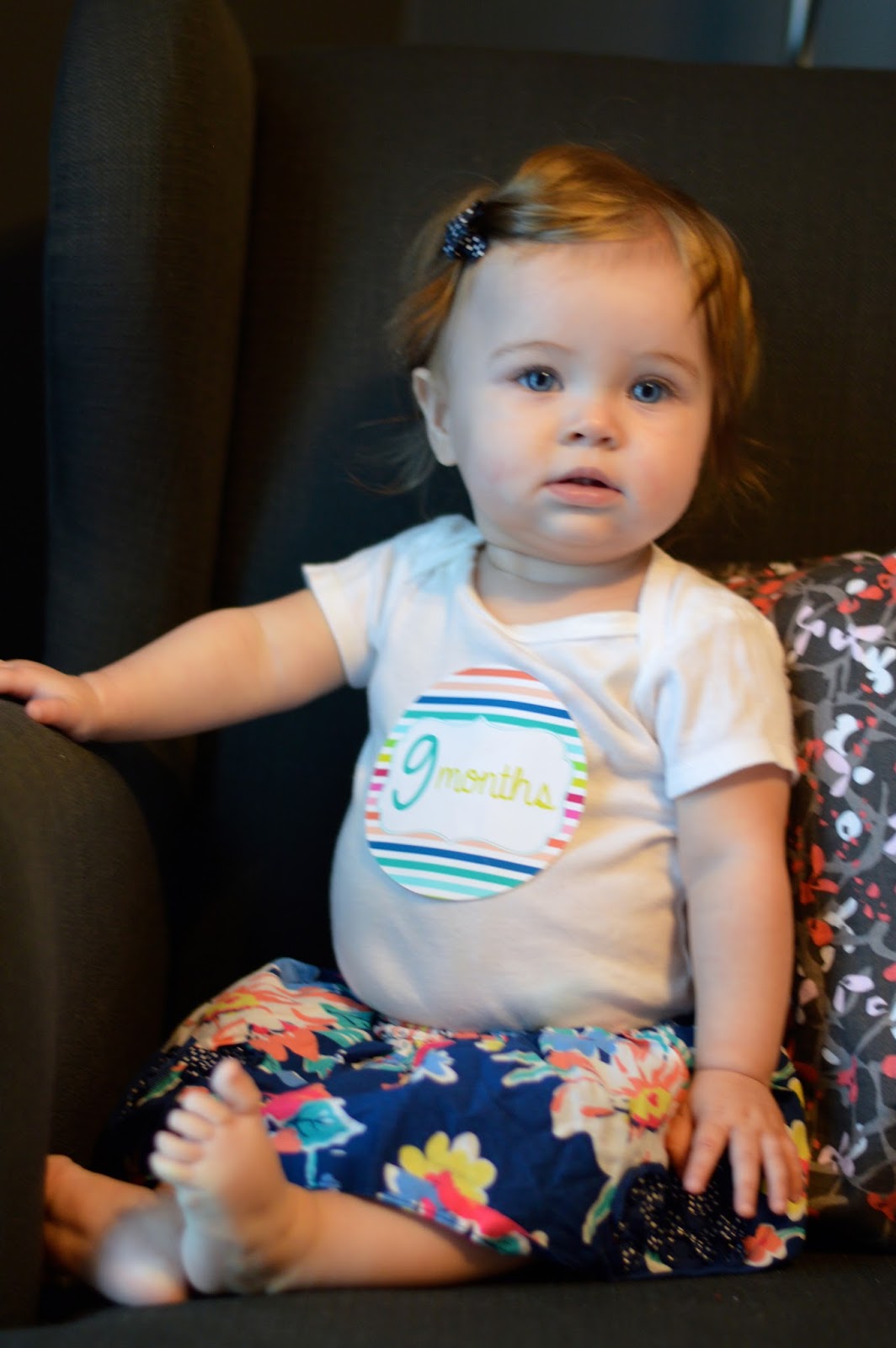 Best of the month!!! 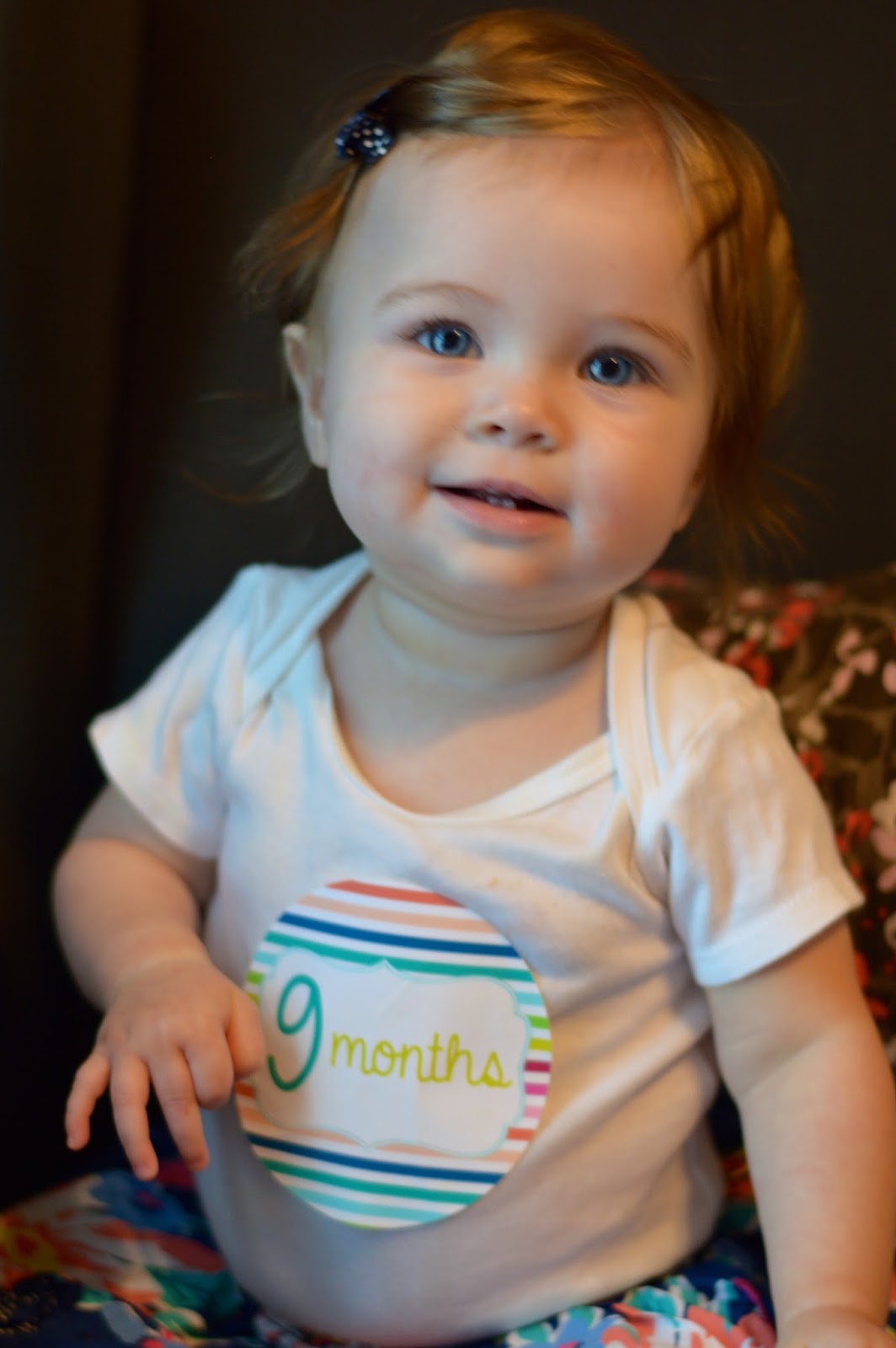 You can look back and see Britt’s 9 month post here (gosh I can’t get over how stinking CUTE she was!) and Kye’s here (it feels like just YESTERDAY I was taking those pics of him with that link. Some of my favs of him as a baby!)