Tess turned 2 months old on September 31st. Or at least she WOULD be 2 months old on Sept 31st IF September had 31 days. Of course she had to decide to come into the world on a date that not every month has haha! So I guess it makes the most sense to take her monthly pics on the 1st of the next month following a month without 31 days 🙂 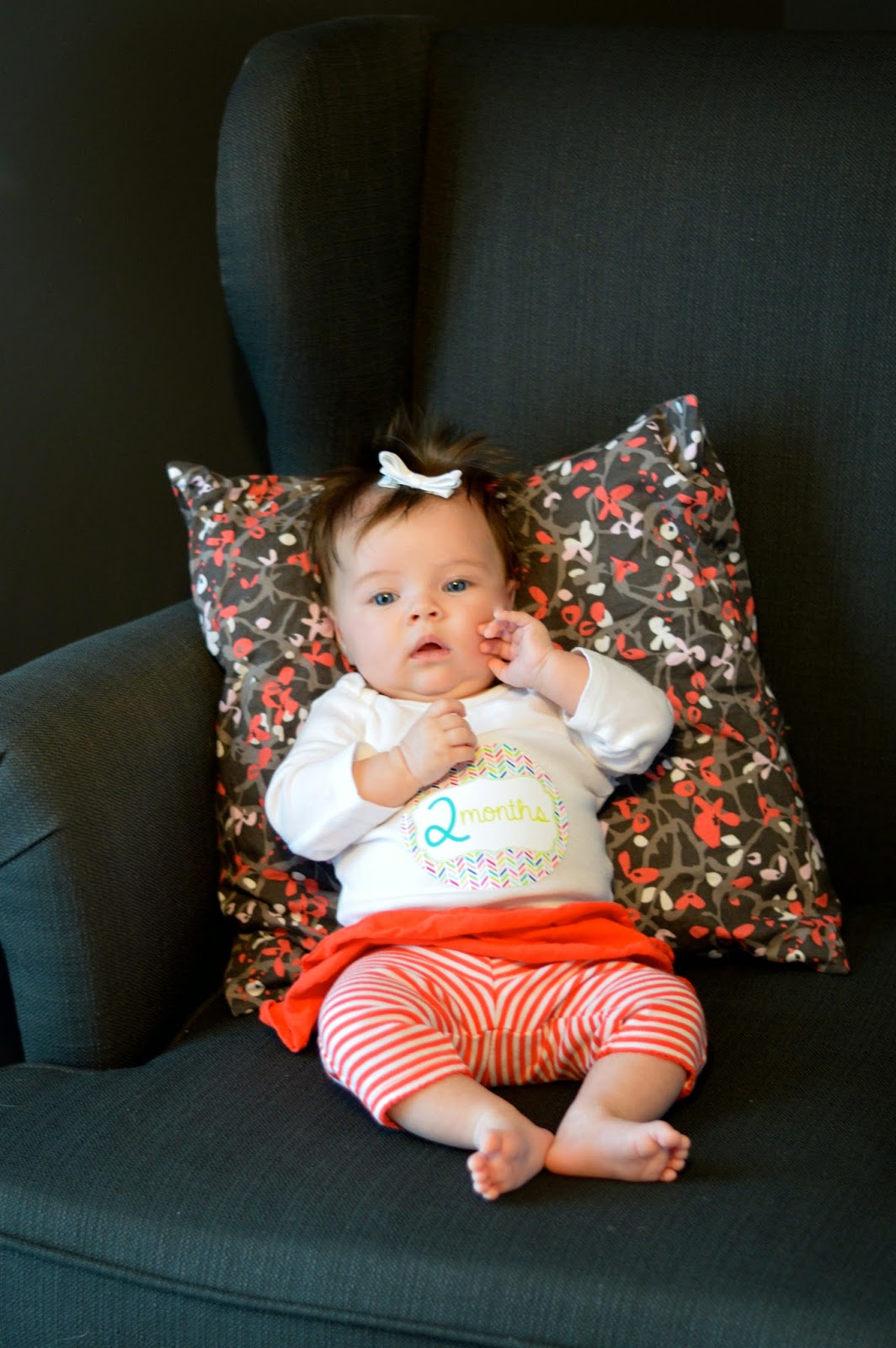 According to What to Expect the First Year

here is a list of the milestones Tess has reached in comparison to other babies her same age!

At two months old Tess can do all the things that a baby her age should be able to do including: 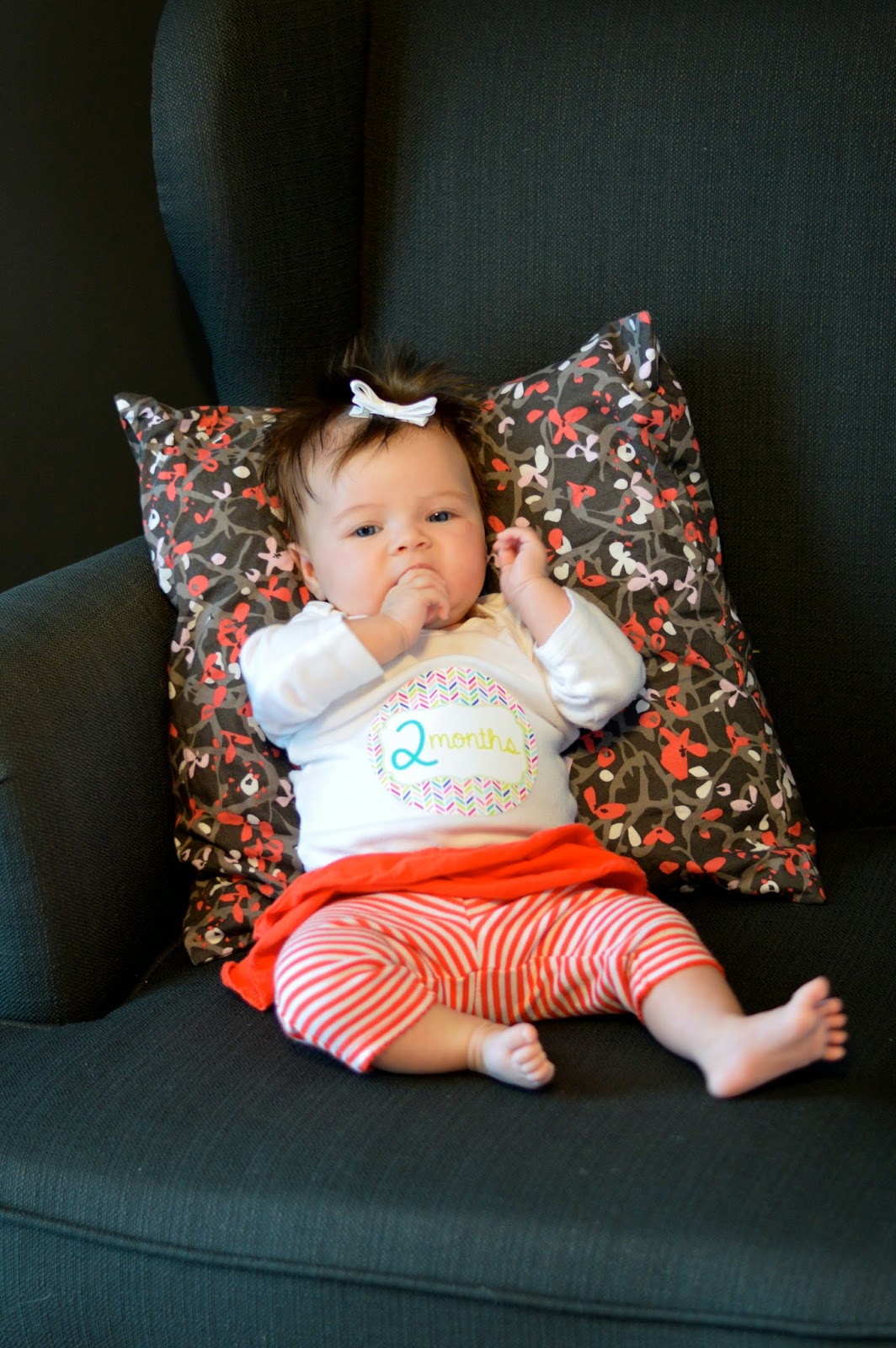 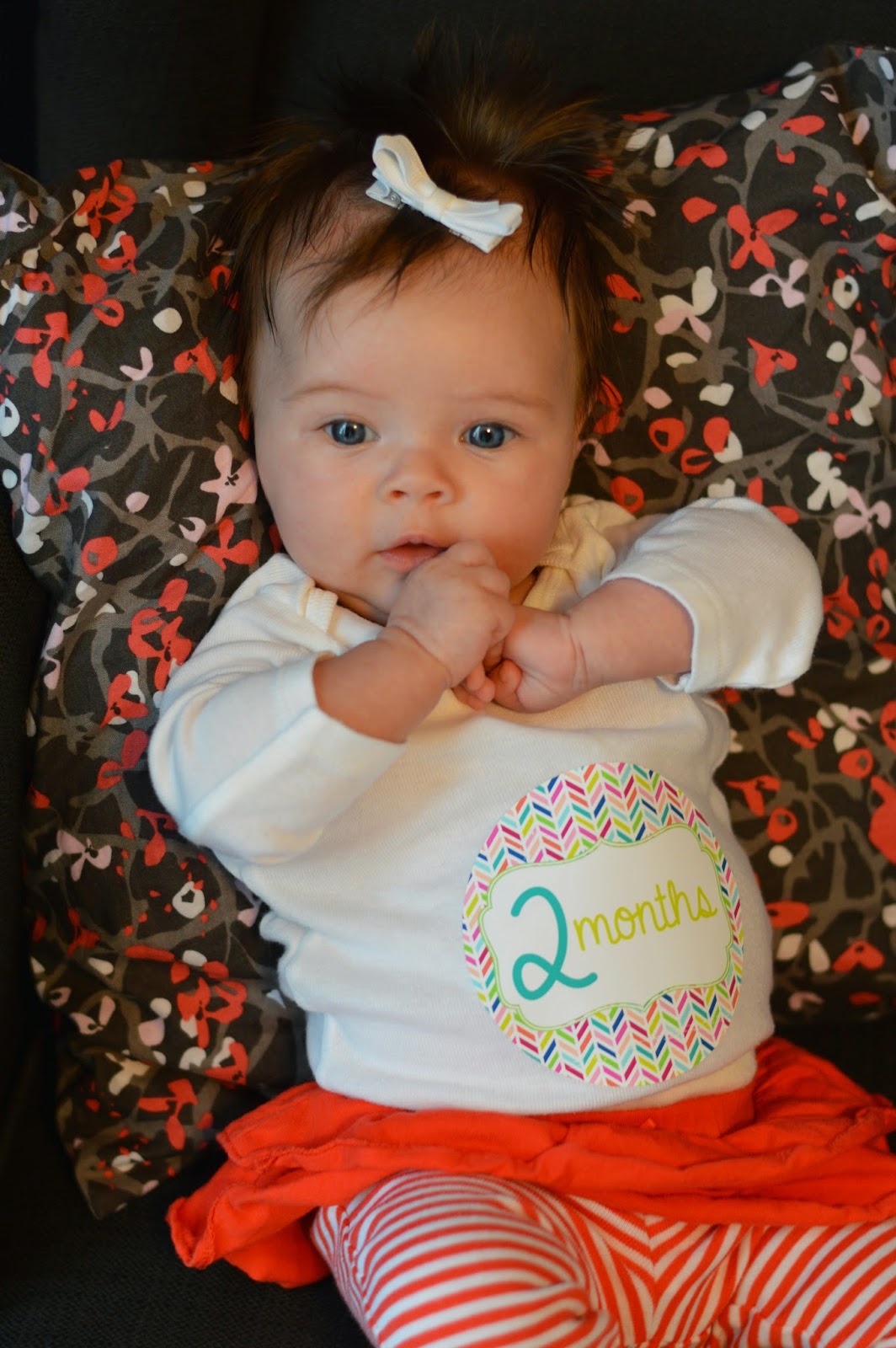 Tess can also do all the things a two months old probably will be able to do including: 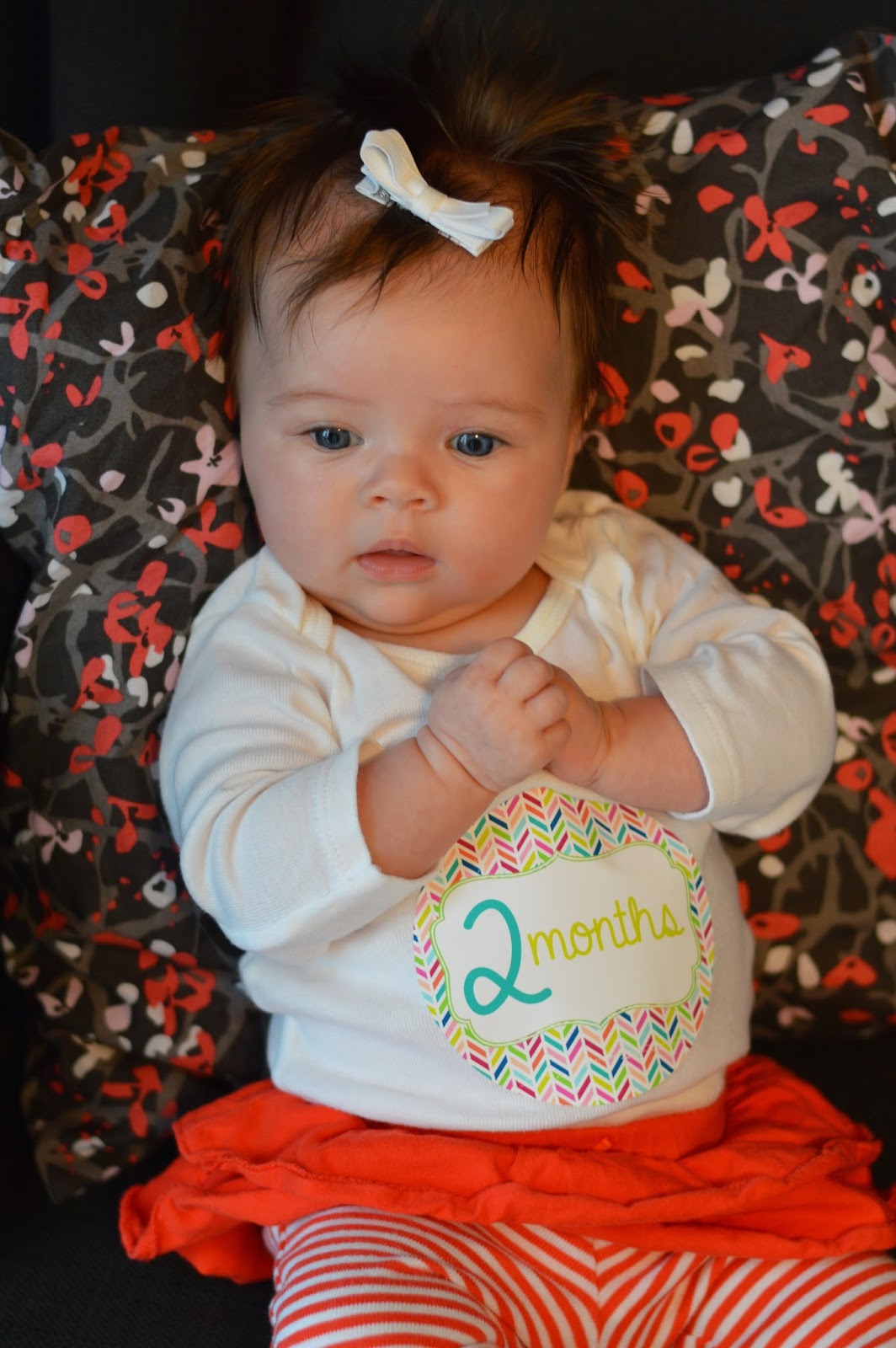 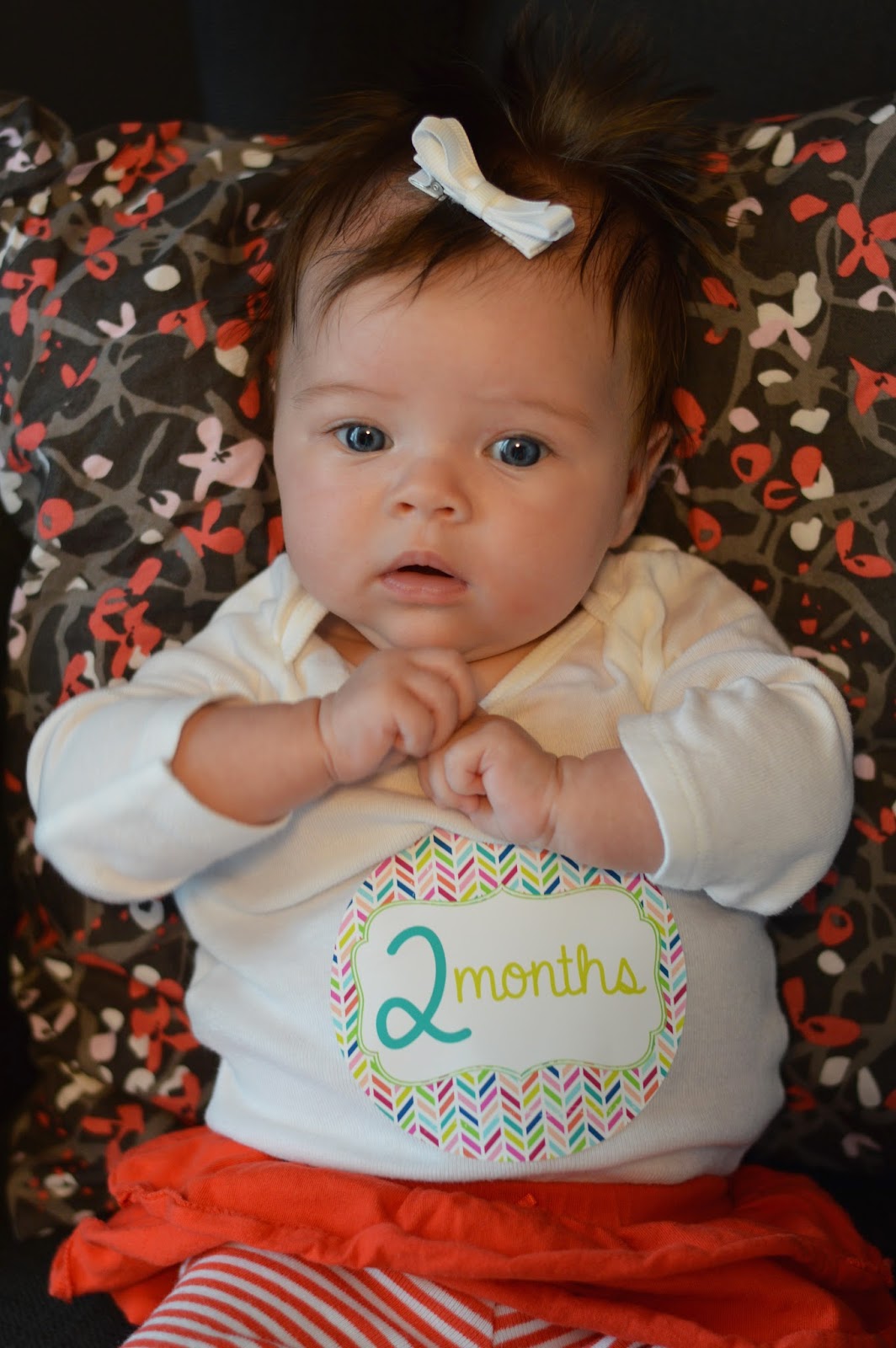 She can also do most of the things a baby her age may be able to do including:

Tess cannot yet reach for an object nor can she pay attention to an object as small as a raisin. 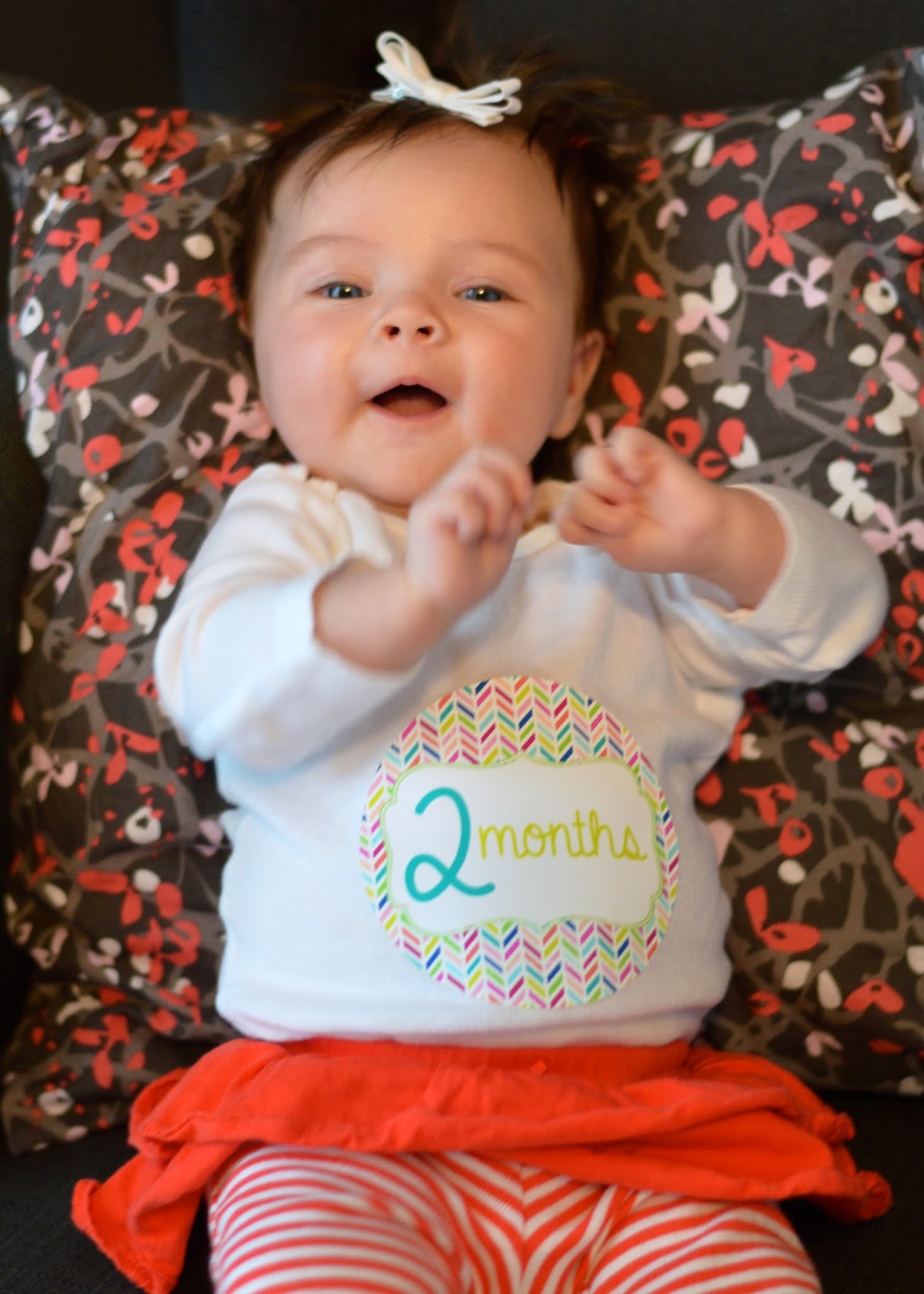 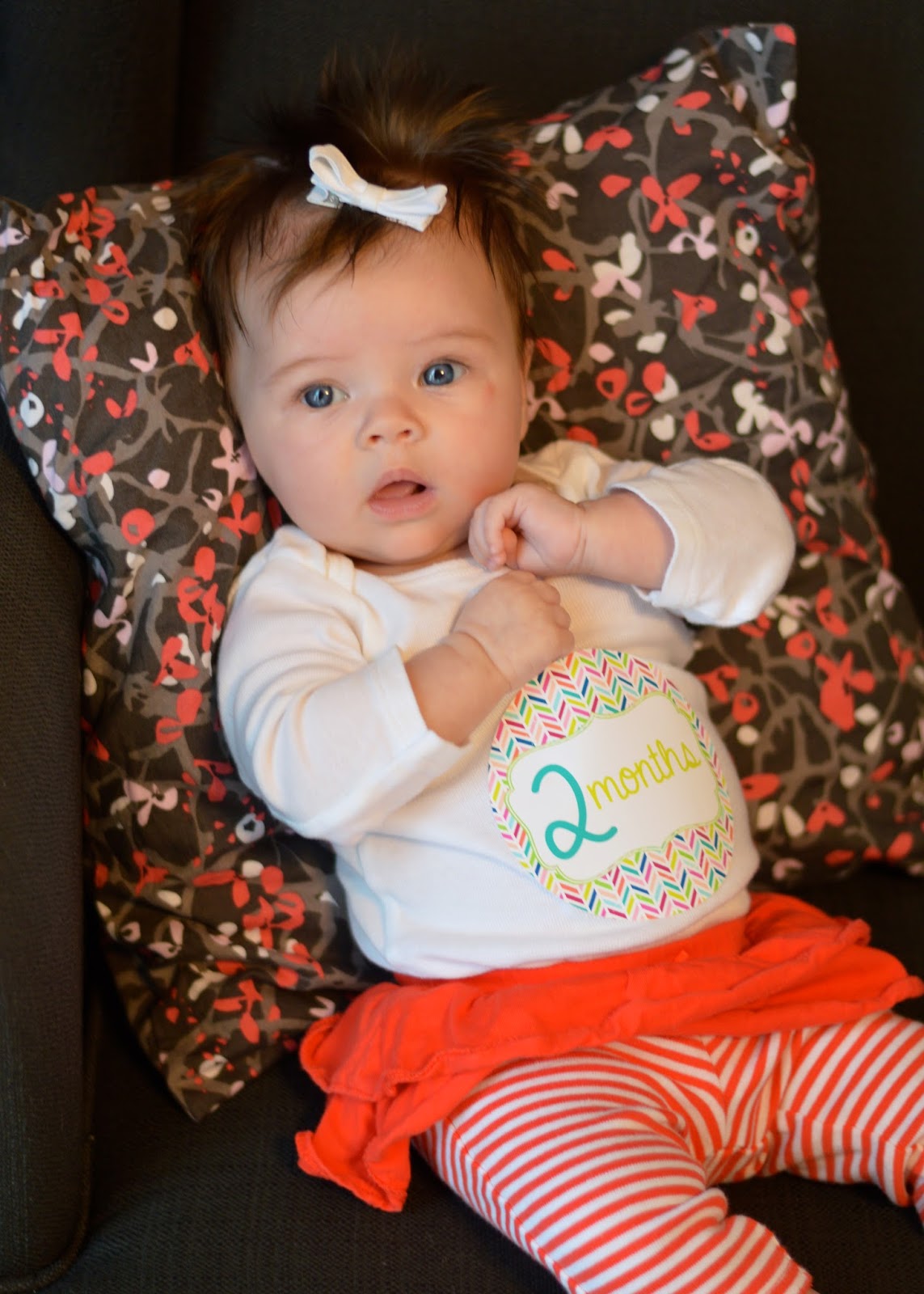 Tess can do all the things a baby her age may possibly be able to do including: 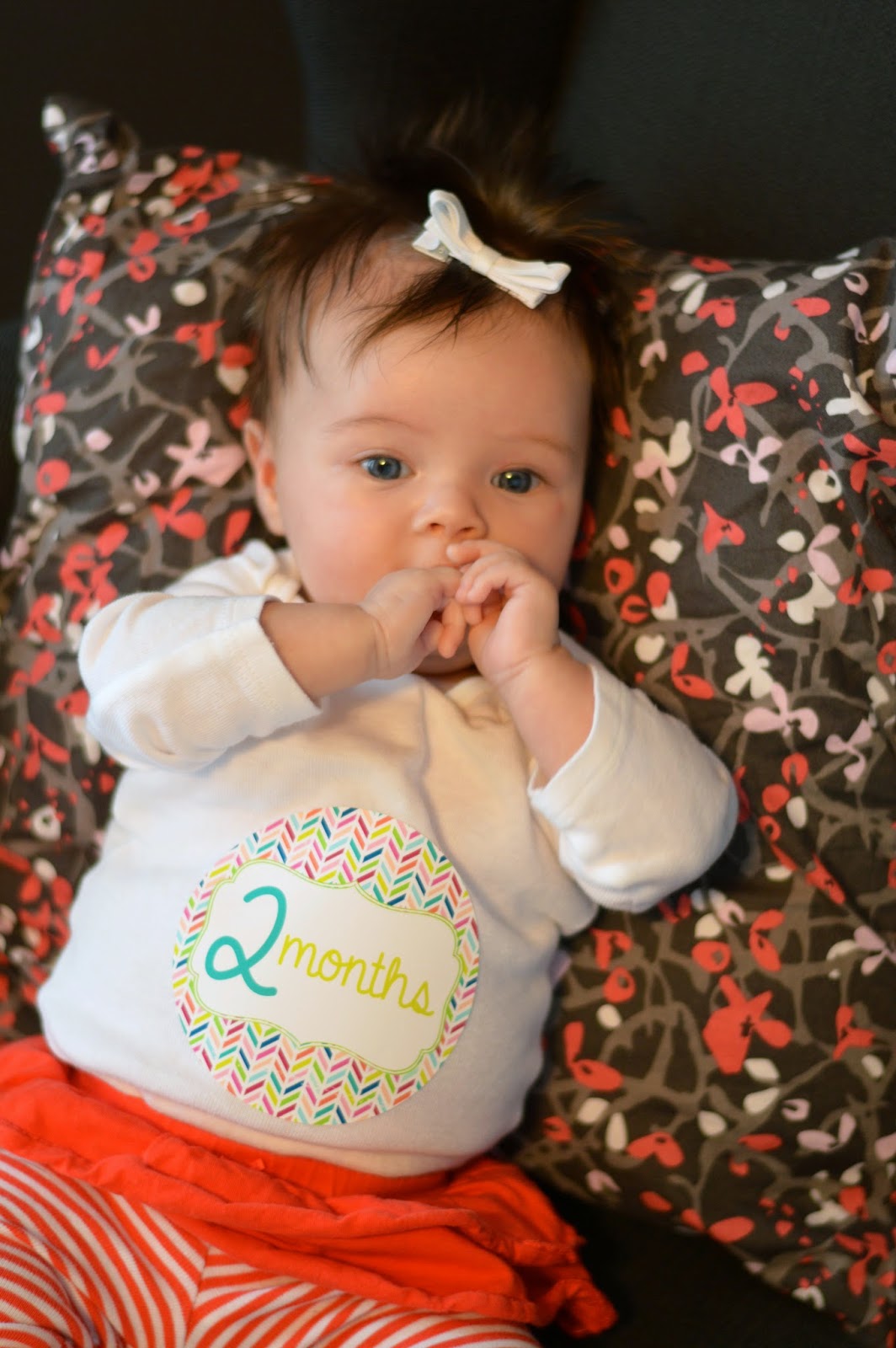 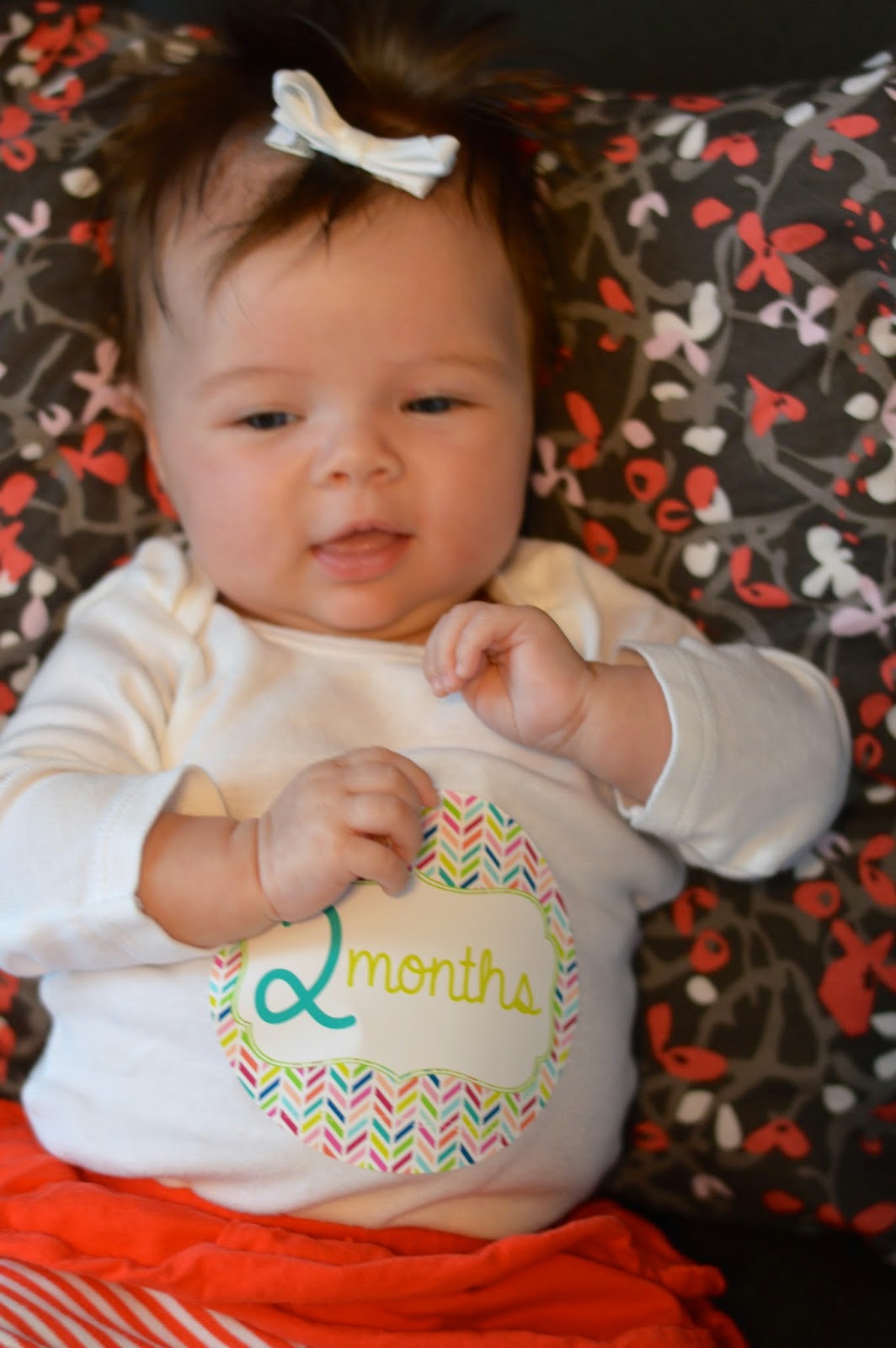 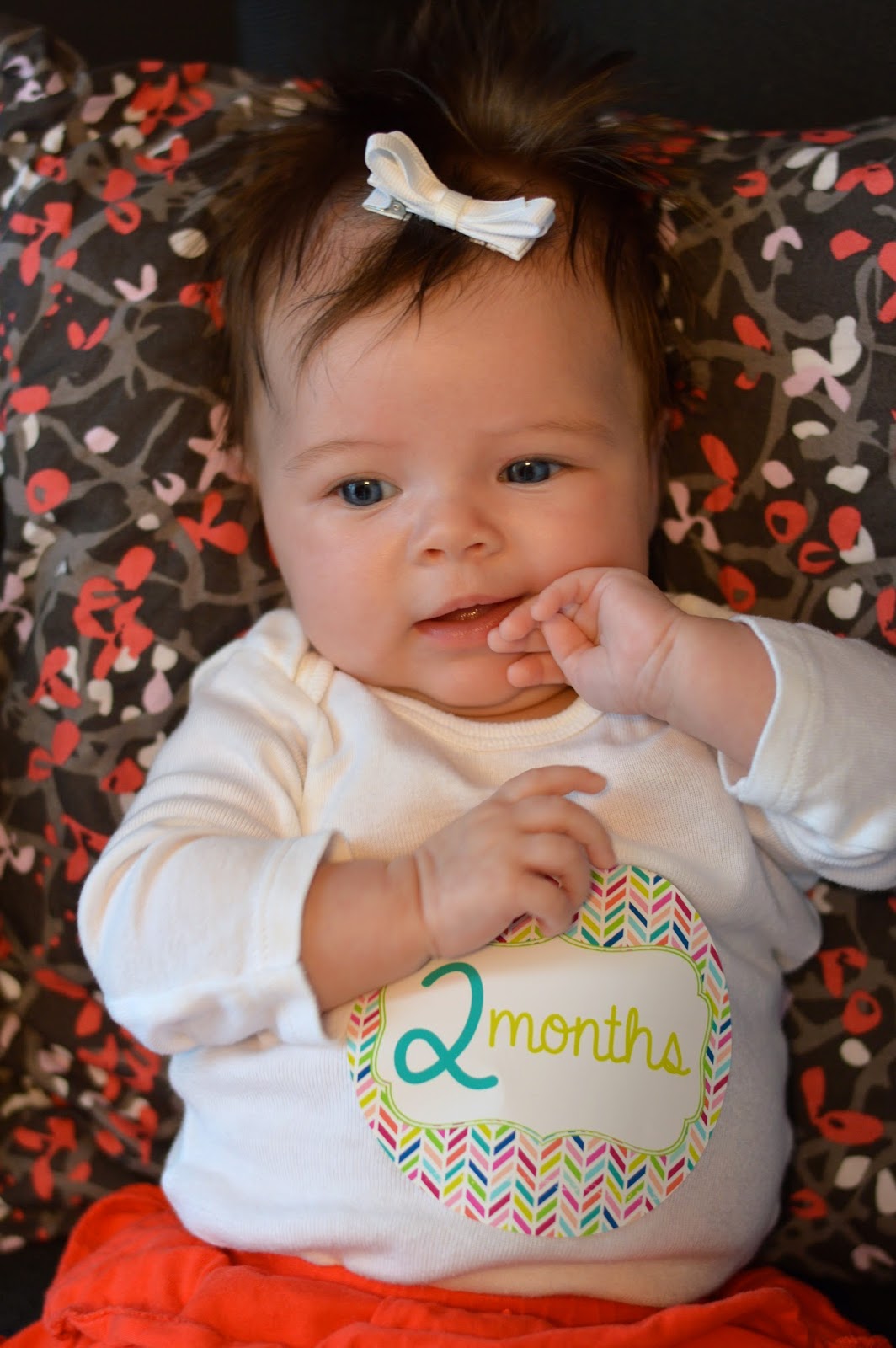 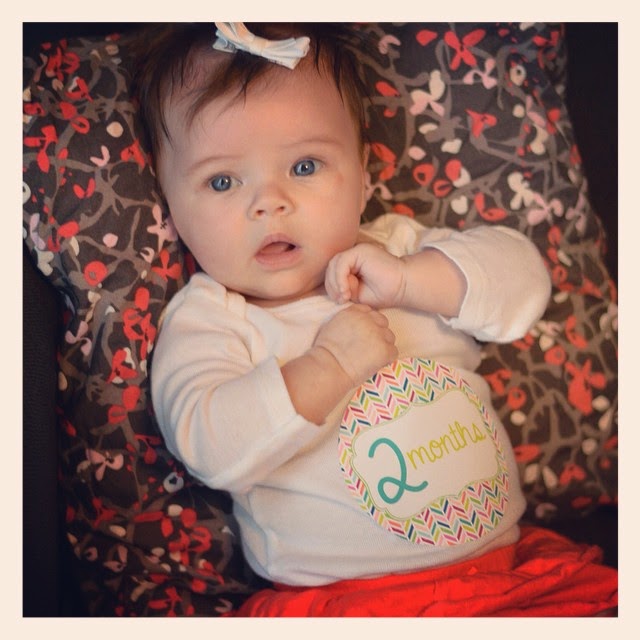