Zach and I take the baby naming thing pretty seriously. It’s something we talked about even before we were engaged! With our pregnancies we never found out the gender and we never shared any of our name plans either. Gender was a surprise at birth as was the name! I love that element of surprise. It’s such a FUN a joyful time and each of those moments with our babies were so special.

Our last baby has a different story. A different start. So we also have a different game plan. It’s always been important to me to treat all my babies the same as much as possible, and we’ve done the same with Tab. I’ve done monthly summary posts, my friends recently hosted a sweet baby shower in his honor, and we were even able to have a 4D ultrasound to see him for the first time!

Obviously with his story beginning with adoption, things are different than my previous pregnancies. No baby belly. No dr visits. While we already know his sex (boy, obviously ha!) we could hold off on his name announcement. We debated this and talked about it in length.

There are SO many unknowns with Tab’s birth. We’re not in the drivers seat here, at all. We don’t know if we’ll even be at the hospital when he’s born, when we will get to meet him for the first time, or who will be with us. We can’t even be SURE that this baby will be our forever baby until 24 hours after he’s born (I hate writing that out, I just try not to think about it). Most likely I’m assuming, based on the relationship we’ve had so far with Mama E, that we WILL be at the hospital and will most likely get to meet him soon after he’s born but I also assume it’ll just be Zach and I. Kinda silly to wait to announce a name when the three people there for it (Zach, myself and Mama E) will all already know it 😉

I don’t want our other kids to find out his name on social media. I don’t want to be sending texts to tell people. I want to still make his name reveal as special and as meaningful as we possibly can!

A good friend of mine (Kelly!) suggested an awesome idea that Zach and I instantly loved. We decided to do a puzzle as the way to announce his name. Not only will it be a fun way for everyone to learn his name, but it is also serving as a fundraising opportunity for our adoption. I know people have many strong feelings regarding adoption fundraising, and this is def a “no pressure” situation. But I also know many people have it on their heart to help in some way with this process and that contributing to a fun item like this is a great way to be involved.

Each piece of the puzzle can be purchased for $7. The more pieces you “purchase” the longer the message you’re able to include!

We have purchased a 500 piece puzzle that will be on display in Tab’s nursery. We actually are going to put it above the dresser in his room so it’ll be the first thing we see when we enter his room. On the back of the puzzle (we’re going to get a two sided frame) will be all the names and messages of everyone who purchases a piece (or pieces).

I am just so, so excited about this! I love that it’ll serve as a reminder to our family of all of the people who have prayed for this sweet boy and I love thinking about when he’s older and how much he’ll enjoy taking it down to look at the back and see just how loved he was from the very start. Our family is so blessed with so much support and I love that we’ll have a physical representation of that!

The puzzle arrived last week and we’ve started putting it together. We now have all the pieces put together to represent all the ones that have been “purchased” at this point! As pieces are purchased, we will add more pieces to the puzzle and eventually his name will be revealed!

If you’d like to contribute you can do so here: https://www.paypal.me/teamparkeradopts

If you “purchase” more than one piece then be sure to leave a note about what you’d like your message to say! I’ve loved reading through the ones we’ve received so far, so many thoughtful Bible verses, words of encouragement, and so many names!!! Thank you to each of you for your thoughts, prayers, contributions and encouragement through this process. 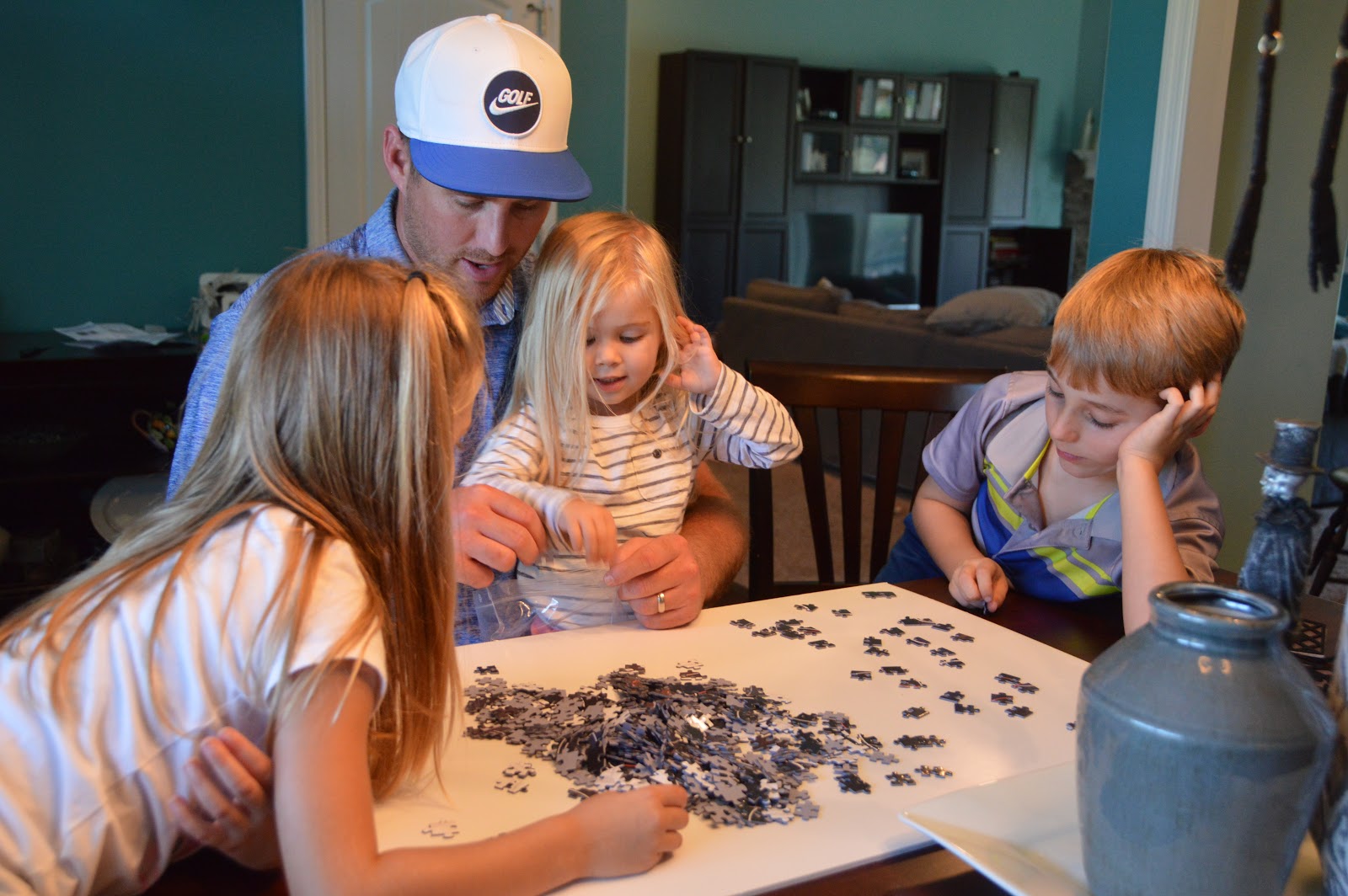 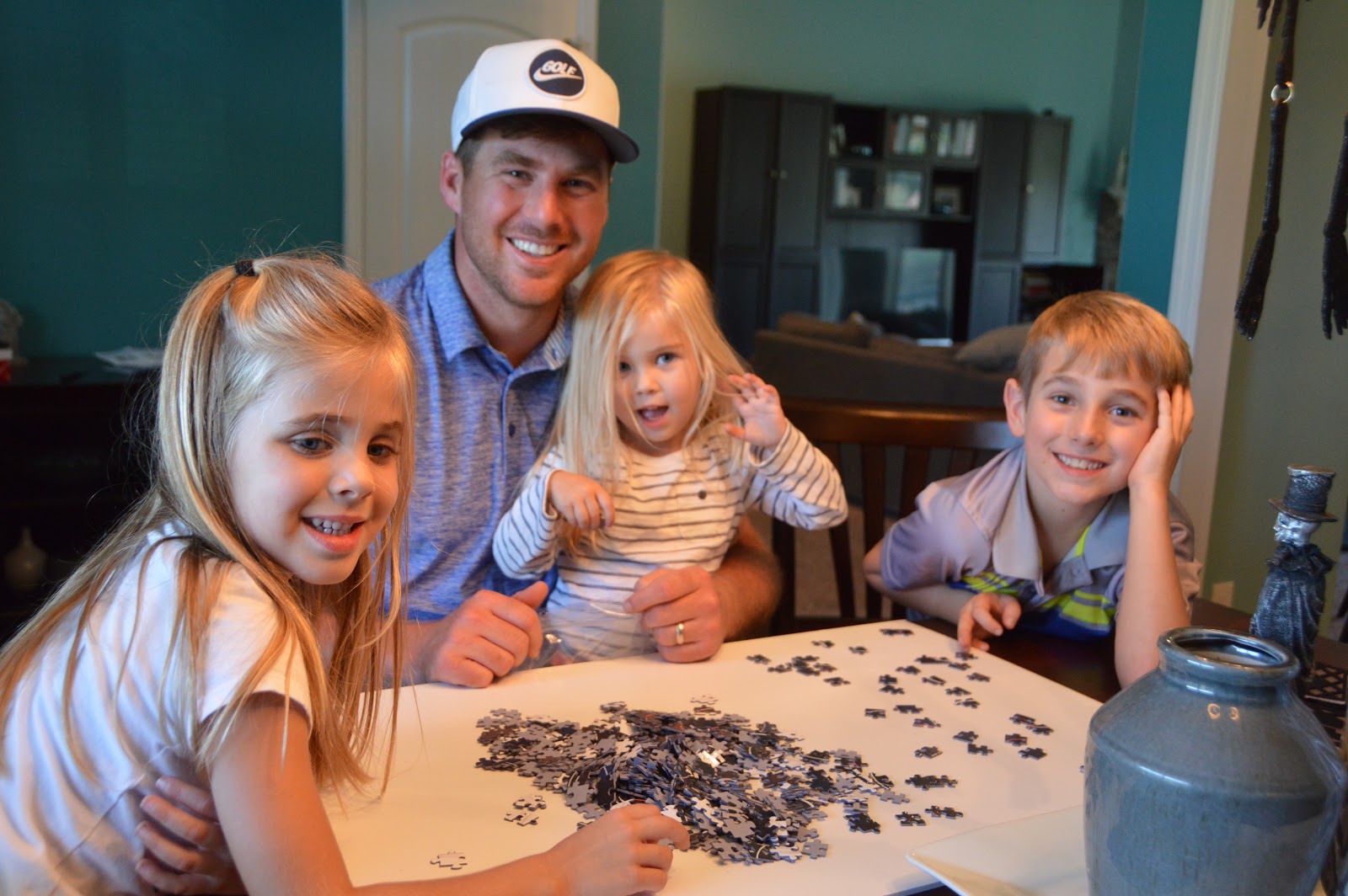 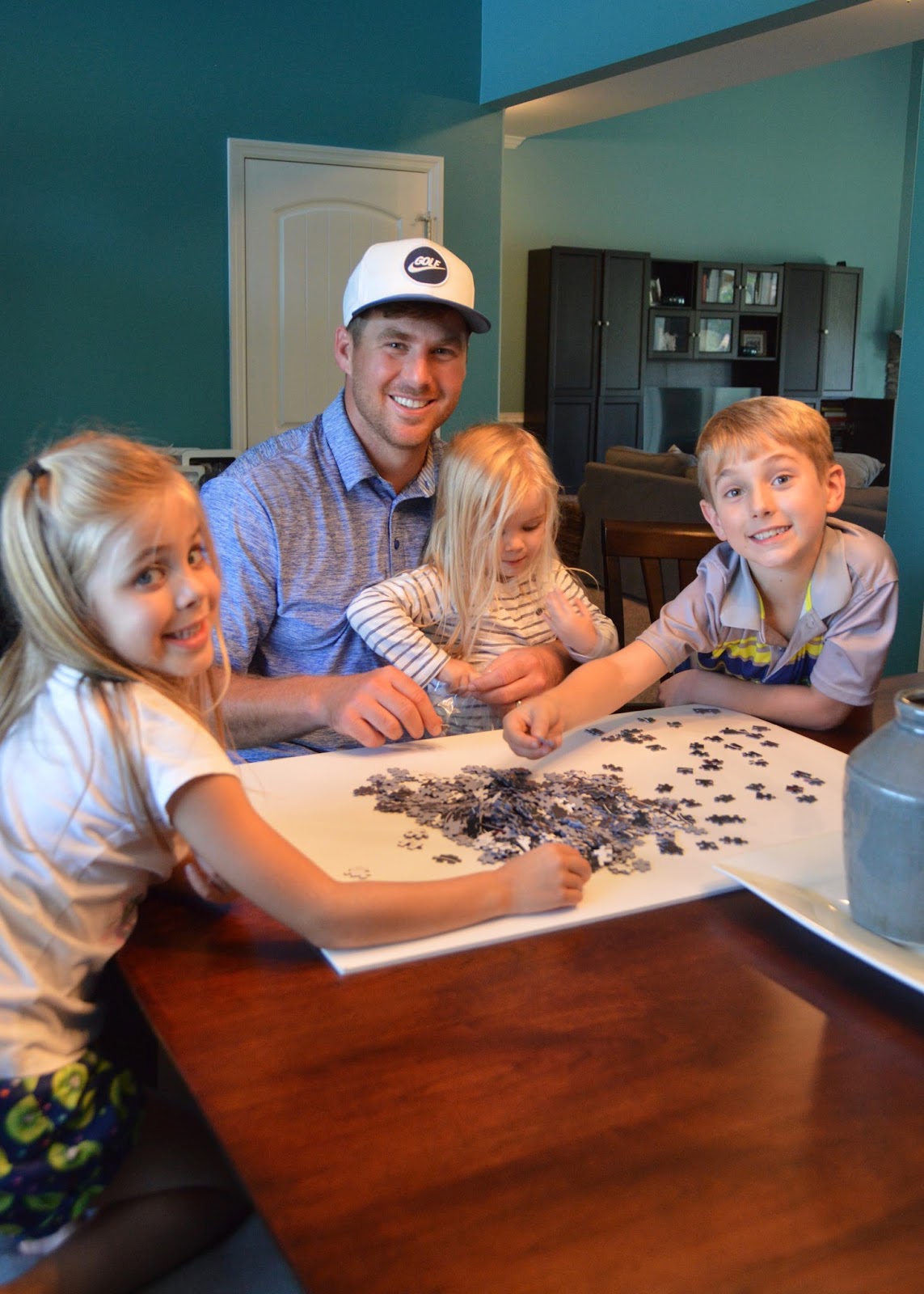 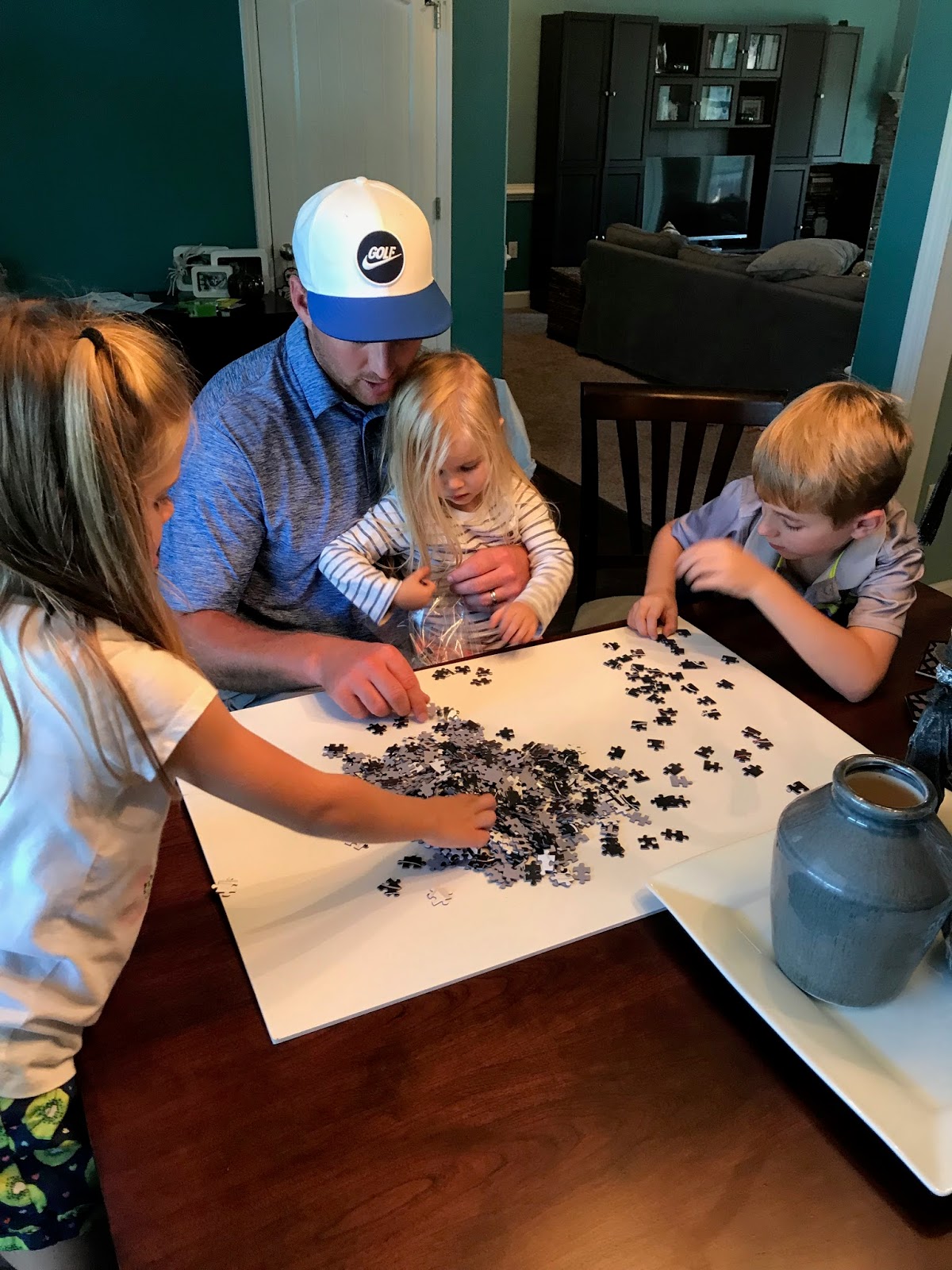 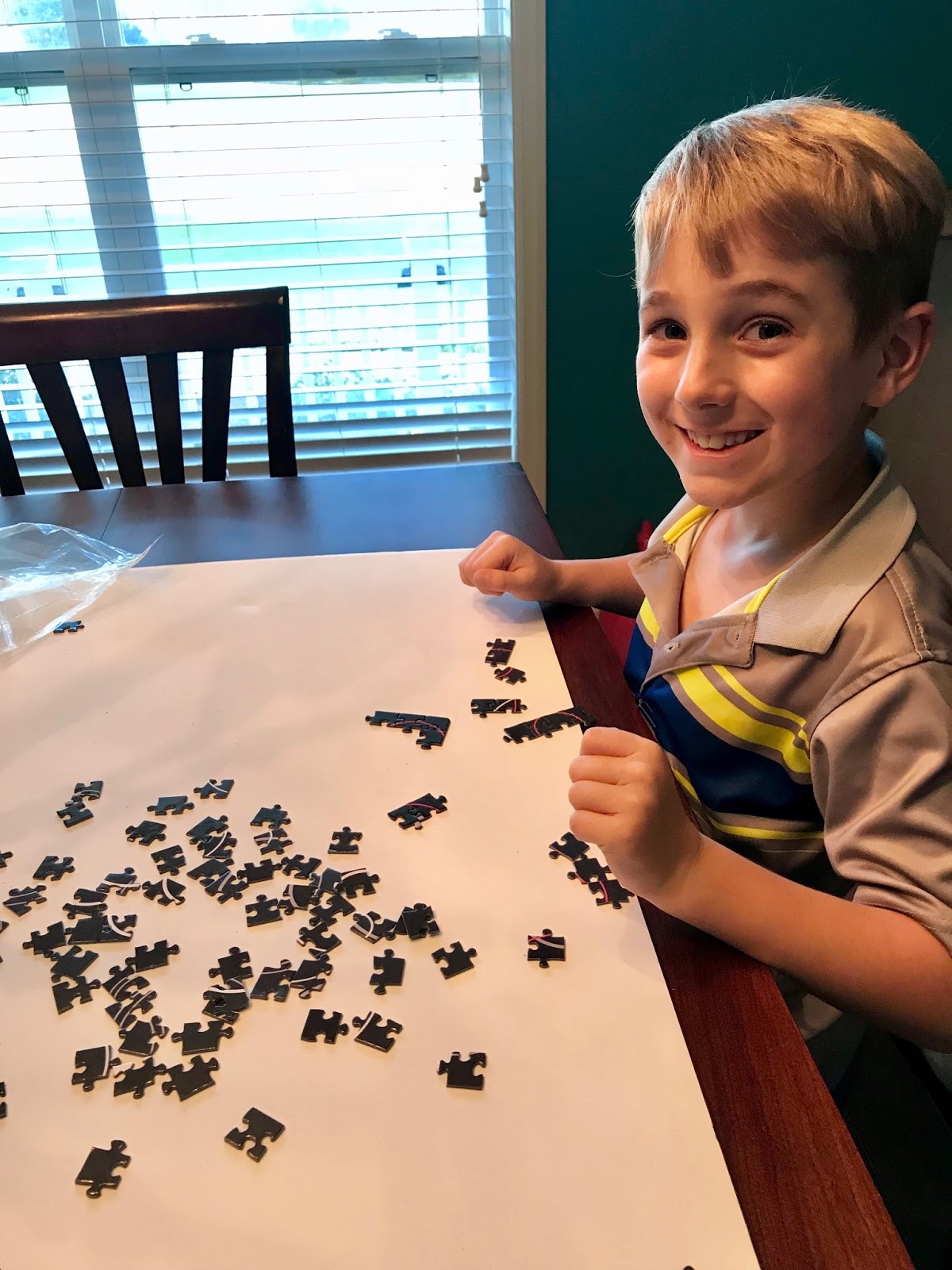 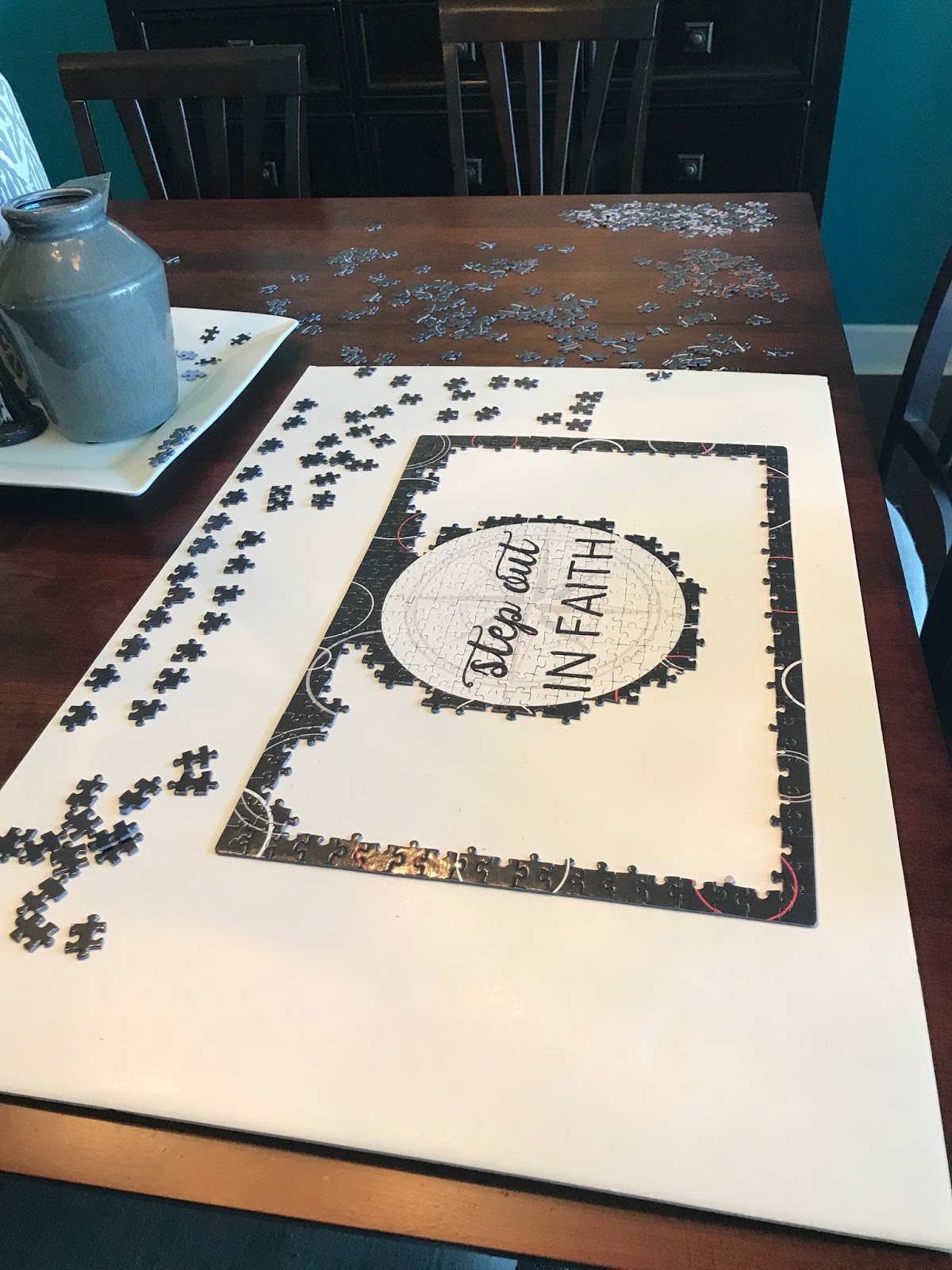 And what we have of the puzzle so far! THANK YOU again to all those who have contributed! 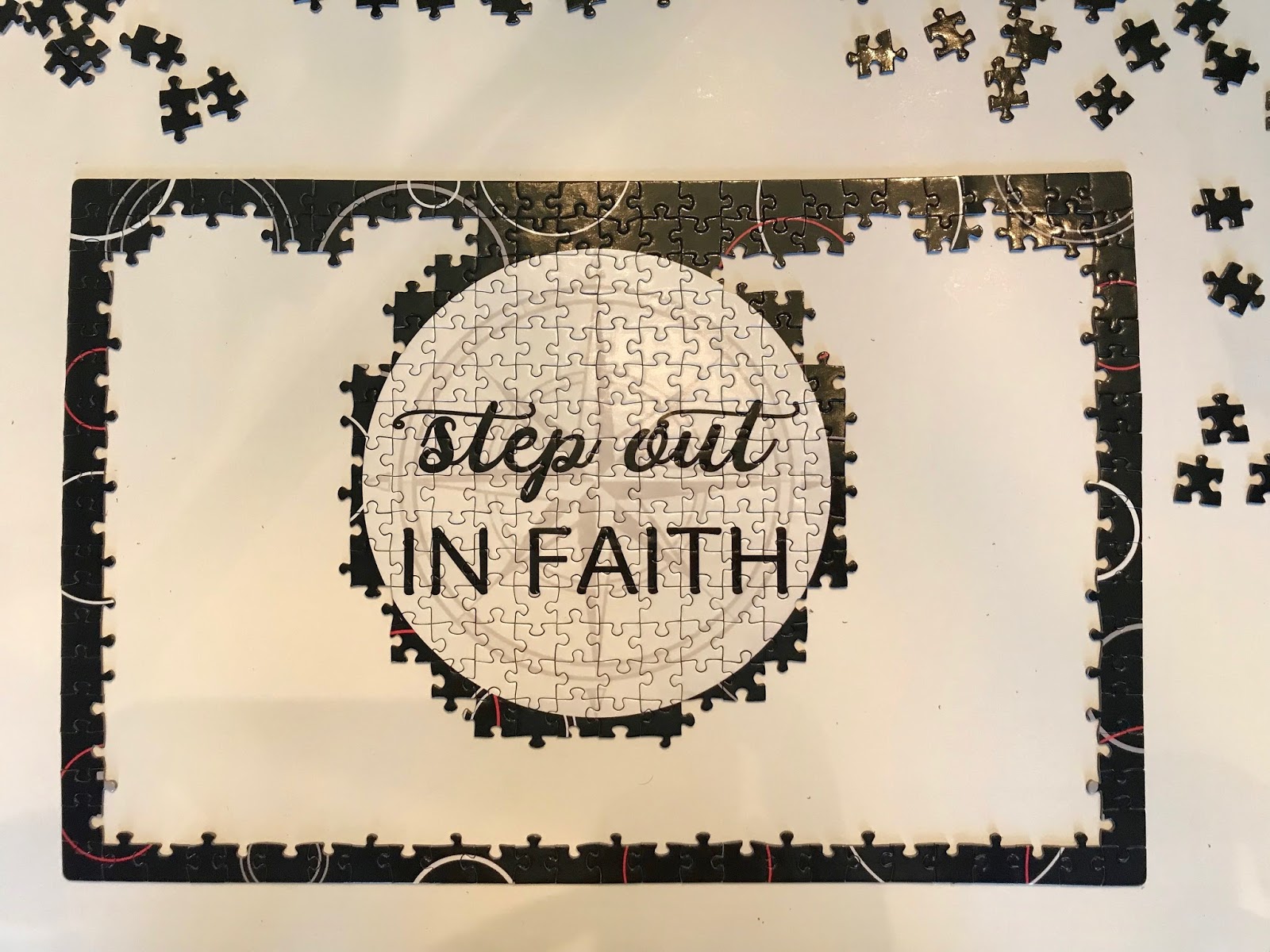 Even though his name will be revealed via the puzzle, I still wanted to give some baby name hints like I’ve done for all of our other babies! 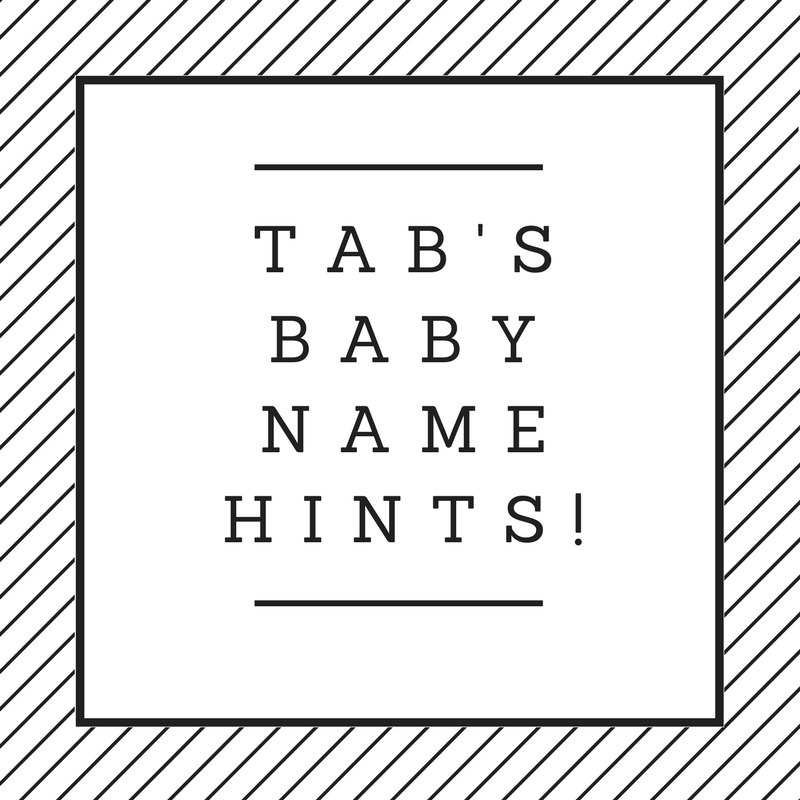 Here are some hints for what Tab’s name will be:

1. We are calling him by the same name we planned to call Tess by if she’d been a boy, however the other part of his name is new (we actually came up with it on our drive home from meeting Mama E!)

2. Both the first and middle names start with consonants.

3. He will be called by his middle name.

4. The name we call him by will be one syllable.

5. Both first and middle name end with consonants.

6. His first name is two syllables.

8. While his name matches the flow of Kye’s name (two syllable first name, one syllable middle name, called by his middle name) the vibe of his name is more “sports sounding” than Kye’s (Candler Kye to me sounds more “preppy” or “beachy”).

10. There are a total of 5 vowels in Tab’s full name (first, middle and last)

11. We prefer names with obvious gender attachments to them, we don’t use unisex names.

12. We like to choose names that we can see our children using in each stage of life (so his names don’t sound “babyish” to us!).

13. One of his names has special meaning to us as a couple from our travels.

14. The name he will go by has no obvious nickname possibilities (like Kye is Kye, there isn’t really a shortened version of that!)

15. Tab is not any part of any of his actual names.

And don’t forget if you’d like to contribute to the name reveal you can do so here: https://www.paypal.me/teamparkeradopts