Here I was just getting caught up only to get behind again!!! I wrote this entry sometime last week before Uncle Spear passed and never got around to posting it! I’ll be 100% caught up asap though, I promise!

After the busy day Saturday I was excited for another busy day on Sunday! We did our normal church routine but we had Stevie’s 2nd Birthday Party in the afternoon. I thought it was a GREAT time for a birthday party (4:00) because we went to the party then just left from there for night church!

Seth and Crissy really know how to have a fun time. Their wedding was one of the most memorable ones I’ve EVER been too (Zach is STILL mad at me for losing the copy we had of their wedding video…we need another one!) and anytime we have with them is a good time for sure. Stevie’s party was, of course, another great time! Kye had a BLAST! Since it was supposed to rain (and it did!) they used different sections of their house as play areas for the kids. One room was a dancing room and one was a big ball pit type room. Kye LOVED playing with the balls and I’m thinking of buying a pop-up pool that doubles as a ball bit (I KNOW Robyn is laughing when she reads that!!!!). I think balls are just a “boy” thing as Kye and another little boy were the main ones playing with them! 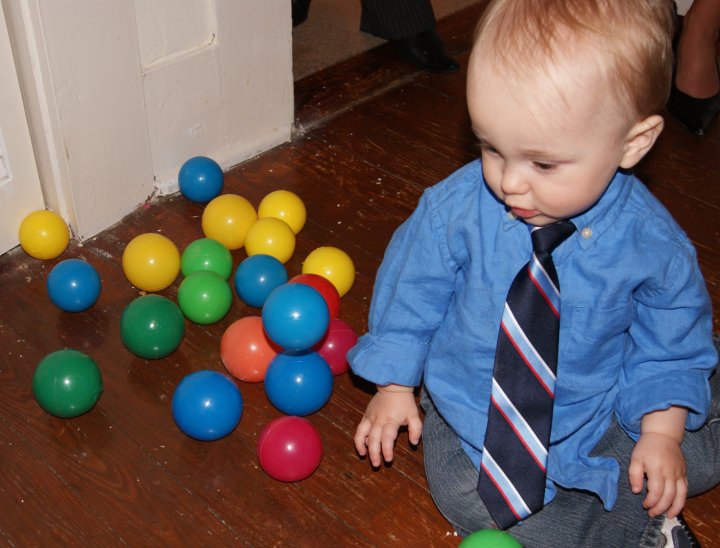 Yes, Kye wore a tie! He wore it to church that morning and I figured it was pretty cute so he rocked it for the party. Zach didn’t like him wearing it with jeans but I think it’s cute! In the Express coupons I get I see guys wearing ties with jeans a lot…what do you guys think? I think Kye rocked it! 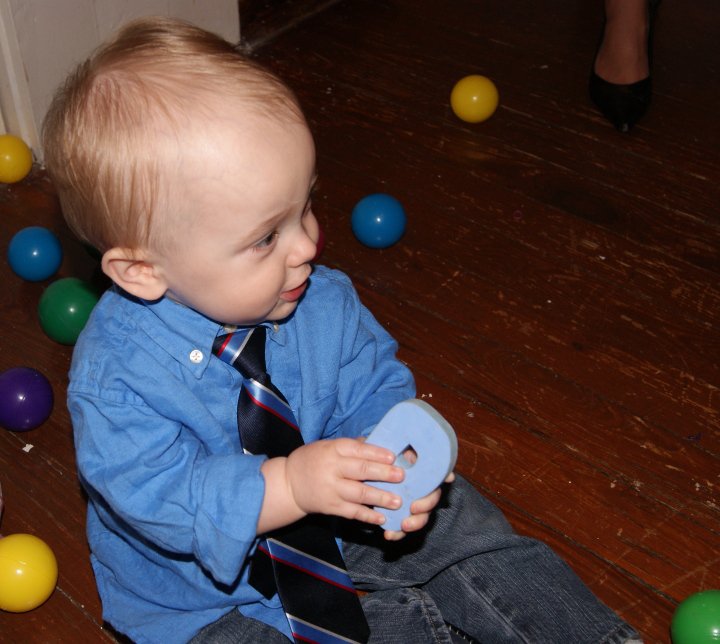 We realized at the party that Kye has his daddy’s personality. He wants to be the CENTER of attention. If people aren’t paying him attention (like when it’s another kids party hello!), he makes himself known. He screams and hollers (not in a crying way but in an annoying way) until people pay attention to him. I think the more he is around other children he will adjust to not always being the “star” but Zach still loves the attention so maybe it’ll just be something we get used too. We won’t tolerate the hollering obviously but wanting the spotlight isn’t necessarily a bad thing as long as he doesn’t resort to poor behavior to get that attention.

The party was very kid-focused which made it so fun! There were a TON of kids there too! And ALL of them are so, so cute! Autumn took a lot of pictures and I stole these from her (with Crissy’s permission)…but doesn’t Kye have some pretty ladies to choose from someday?!?

This is Ellie, who I mentioned in a former post…Cami’s daughter. She’s BEAUTIFUL! 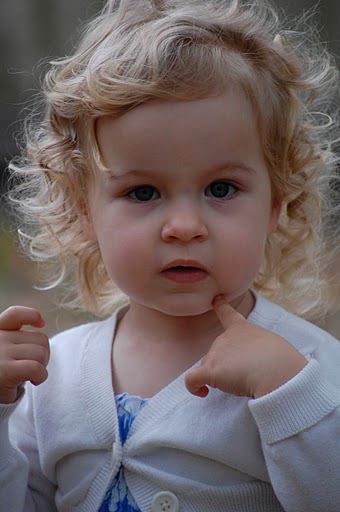 This is Autumn’s daughter, Alina. I love reading about all the cute things she comes up with on Facebook and can’t believe that Autumn gave her this adorable hair cut (I could NEVER do this on my own)! She’s too cute! 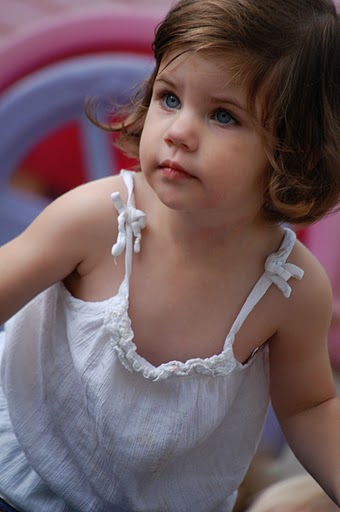 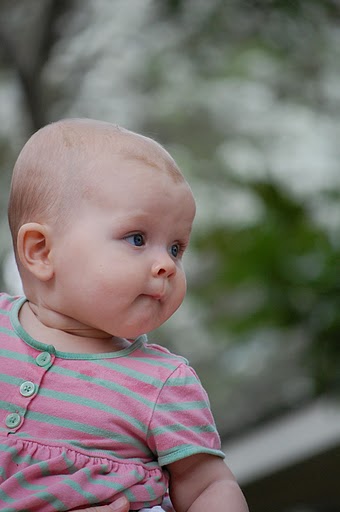 This is Shelby, who may be a little old for Kye but you never know…he may like the older ladies 😉 I LOVE this expression!!! She took awhile to warm up to the crowd! 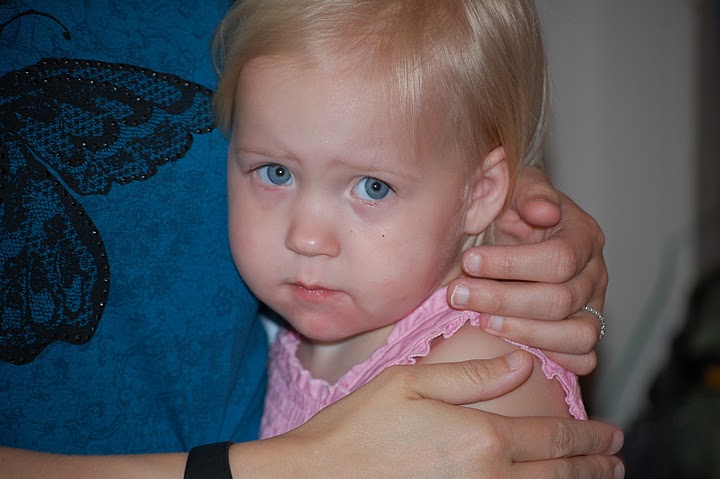 And of course Kye loves Neela too! 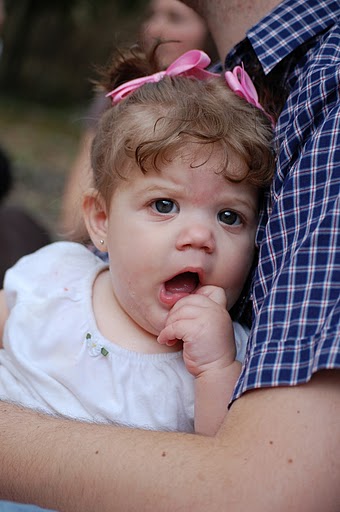 Stevie had a GREAT time at her party. She did so great opening gifts and giving each present a little attention before moving on to the next one. You can tell she has some great parents! She’s opening ours in this picture! 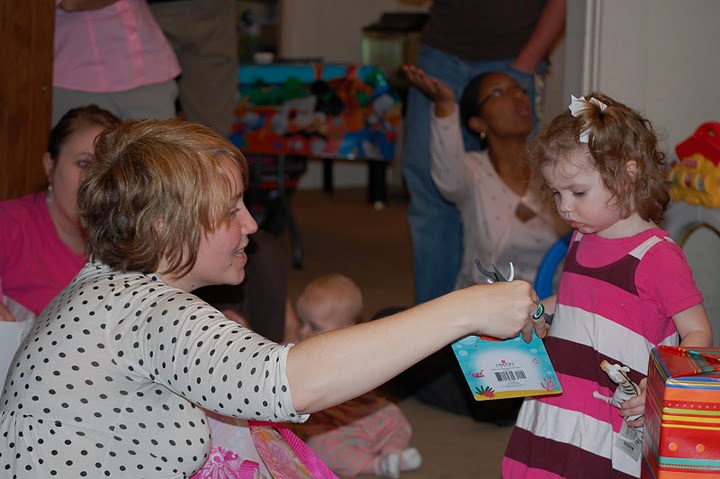 Crissy is such a fun-loving Mom! This is SO precious to me! 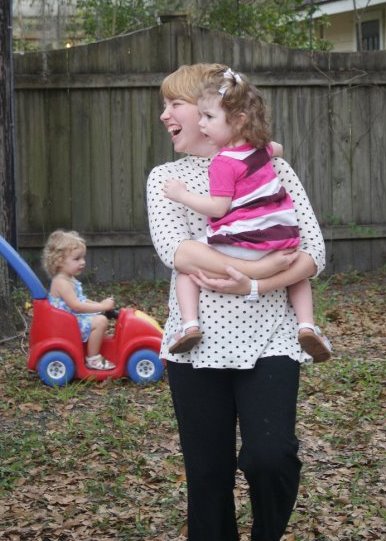 As a big surprise for Stevie they had her favorite character come to the party (Seth and Crissy dress up for a lot of parties so they have access to costumes from the shop!). It’s hilarious because her guest of honor was FROSTY THE SNOWMAN! In 70 degree weather haha! Her face was PRICELESS when he showed up! 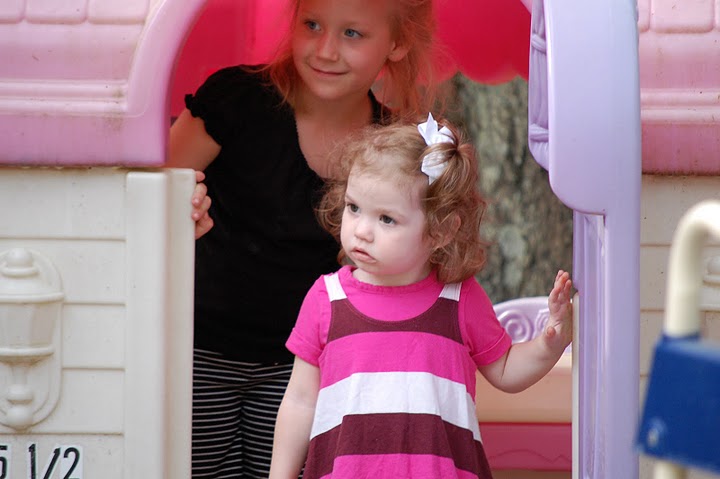 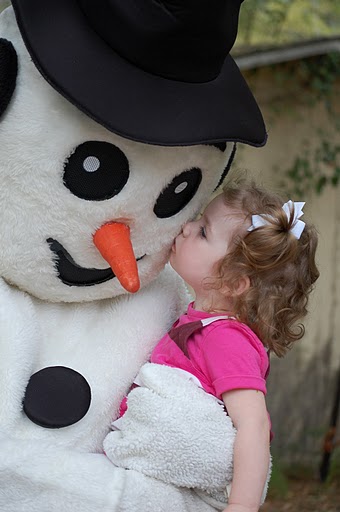 Kye wasn’t interested in Frosty AT ALL (foreshadowing to how he did with the Easter Bunny for sure). At least he waved at him! 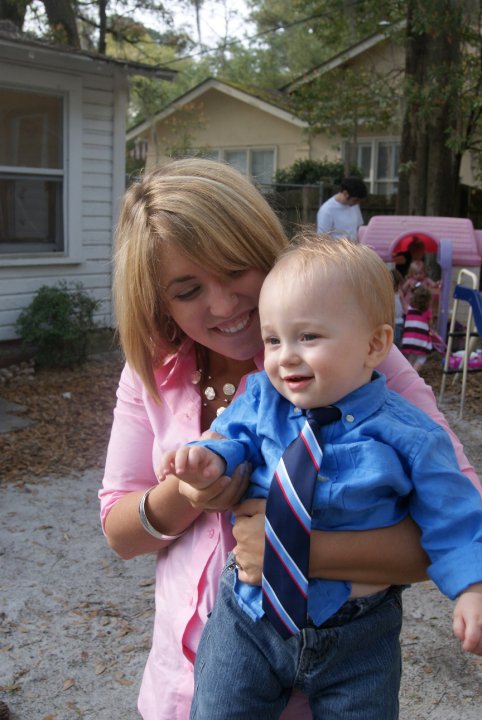 It was a really fun party and it was great to see Kye having such a fun time. It was even better that we knew majority of the families there and that we got to talk and visit with everyone while the kids did their thing! We even met a new family that we liked too! We’ve known Adam and Nicole but haven’t ever really talked much with them and when we got in the car after the party Zach said “Adam was cool” and I said “omg Nicole was cool too!” It’s rare (as I think ALL couples know) to think that both parties in a couple are “cool”! haha. Hopefully we can do something with them sometime! They have three cute kids (Gwyneth, Shelby and Bennett) and we hope to get to know them better in the future.

Isn’t this picture of Nicole with Bennett precious? Autumn is so great at capturing moments! 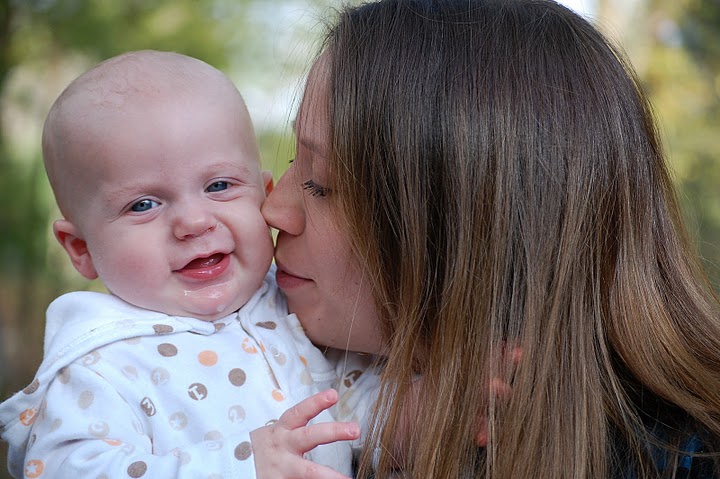 We went straight from the party to church and Kye was seriously in the BEST MOOD EVER! He was hilarious. He had such a fun time at the party that he wouldn’t STOP talking. I’m not kidding the kid talked and talked and talked for the entire HOUR of church! Even though Zach had to spend most of the service taking Kye out it was still adorable and made us both realize how important it is for him to get to have play dates with other kids!