I love that we have been friends with the Megows for so long! I remember years ago when Seth and Crissy were attached at the hip but swore up and down that they were “just friends.” It’s so neat to get to witness their love story first hand and get to be part of their growing family 🙂

We have attended all of Stevie’s birthday parties. Her 1st, 2nd, 3rd, 4th and now her 5th. It is CRAZY to believe it’s been FIVE years since she was born. I remember going to visit Crissy when she was wayyyy overdue (or at least it seemed like she was haha) and she was sitting on the floor playing with newborn puppies. 🙂 Now her little girl is SO GROWN. Stevie is one of my favorite kids ever. She’s got an awesome personality (probably because I think she’s a lot like ME hahahaha) and is so sweet. I’m so glad that even though she decided to have a sleepover this year that we were still able to come hang out before the girl time got going 😉

The Monday night prior to the party Zach went to play basketball with Jordan at the YMCA and hurt his knee. I know. I haven’t been joking when I’ve been saying that the month of March was a tough one for us! We weren’t sure if he’d torn something or would need surgery or what but he couldn’t get around very well. Not good! Thankfully we found out that next week that it would heal on it’s own with time and it’s now fully healed, but we didn’t know that then and I was pretty much a mess at that point. Between worrying about Kye, worrying about my foot surgery, worrying about our finances with all these expenses I was already at my almost breaking point but the knee? That sent me over the edge FOR SURE. Zach ended up staying home to rest his knee so I took the kids to the party solo!

I love me Sparkin’ it up in the back ground haha 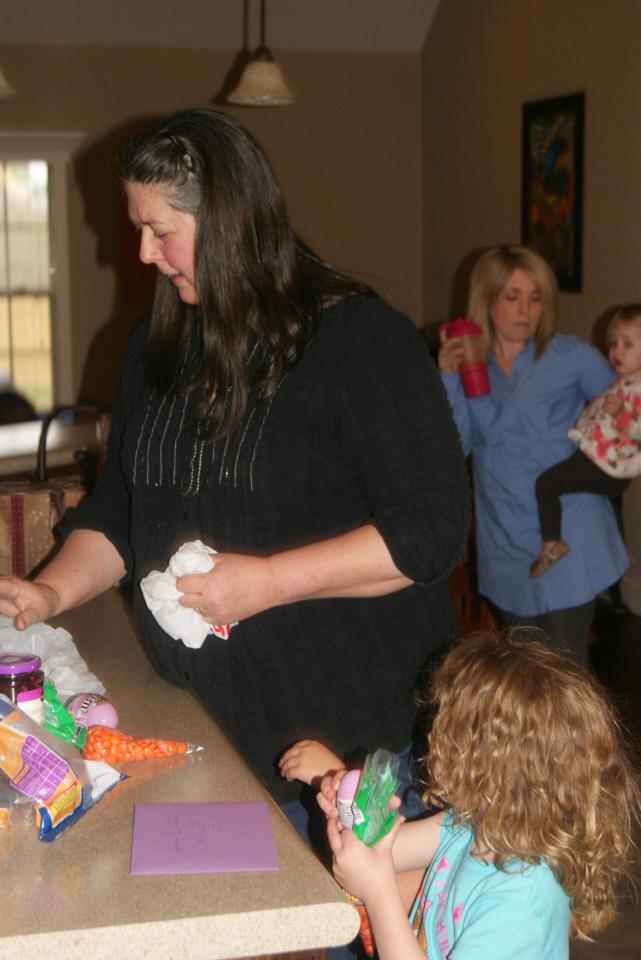 The Megow clan is SO blessed in the extended family department. I love watching the kids all interact with their grandparents and even great grandparents! 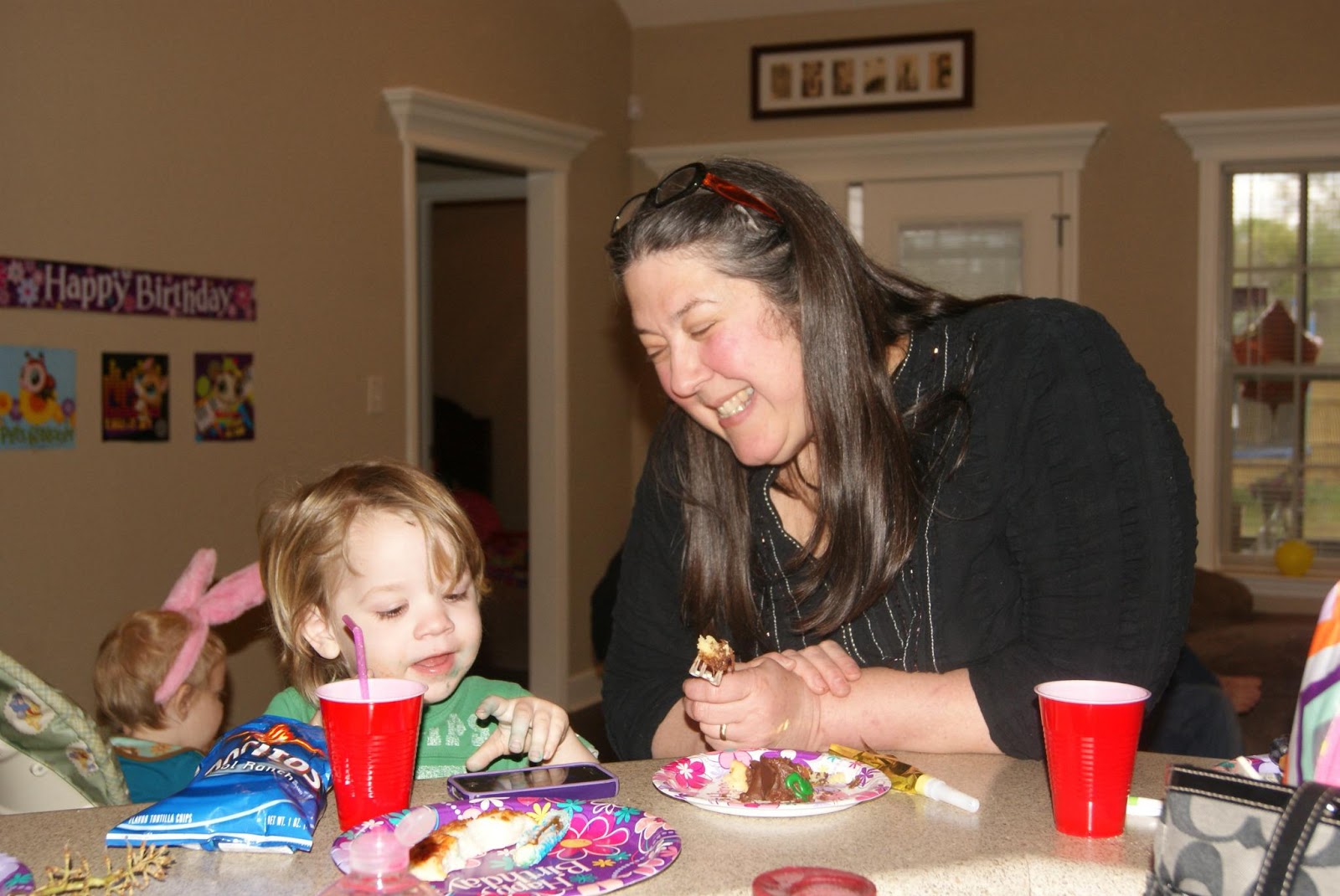 Mimi is beyond precious to me!!! 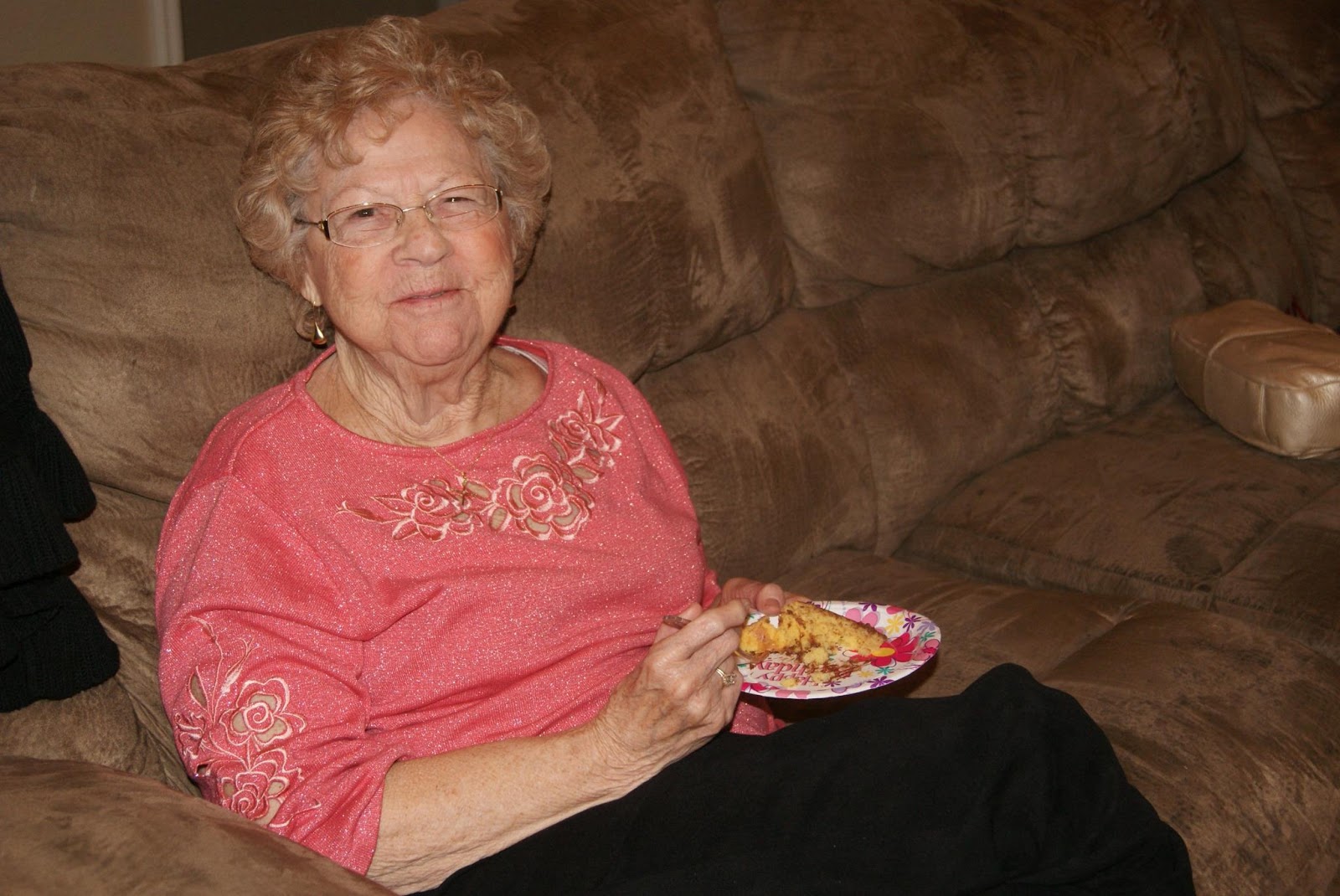 This party was straight up AWESOME. I had SUCH a fun time. I know, it’s probably totally lame as an adult to admit to having so much FUN at a kid’s party, but I really did. It was so awesome that Kye is completely trustworthy and I can just let him go and play and have a good time without having to hover over him every second. I was SO proud of him and his great behavior. He asked my permission before going outside and before jumping on the trampoline and he cleaned up his dinner plate without me having to even ask him to! It’s such a proud mom moment when you are reminded that you’re hard work is paying off!

Not only was Kye a breeze to handle but Britt was too! She’s completely mobile and running wild. Yes, I had to keep a constant eye on her but she is old enough now to ENJOY things too instead of just living on my hip 😉 Seeing both of my kids have such a great time allowed me to relax (which I needed, BIG TIME that week) and have fun with my friends too. I adore BOTH Crissy and Seth and even get along great with all of their friends and family too so I felt completely comfortable and able to be my true self which was nice. It’s always great when you can be YOU and not have to be biting your tongue or holding back anything 😉 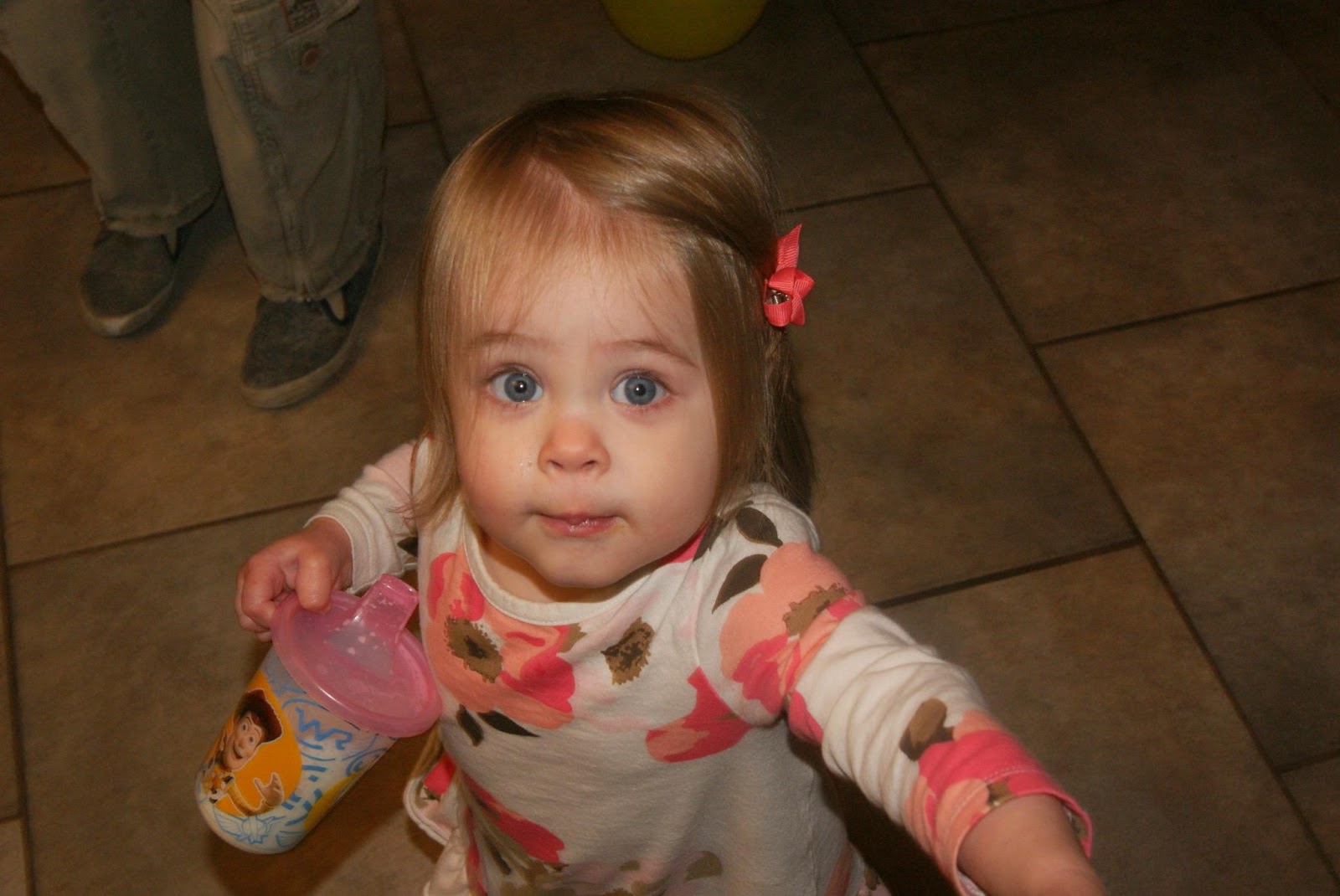 Olive and Britt are FINALLY starting to play together too! 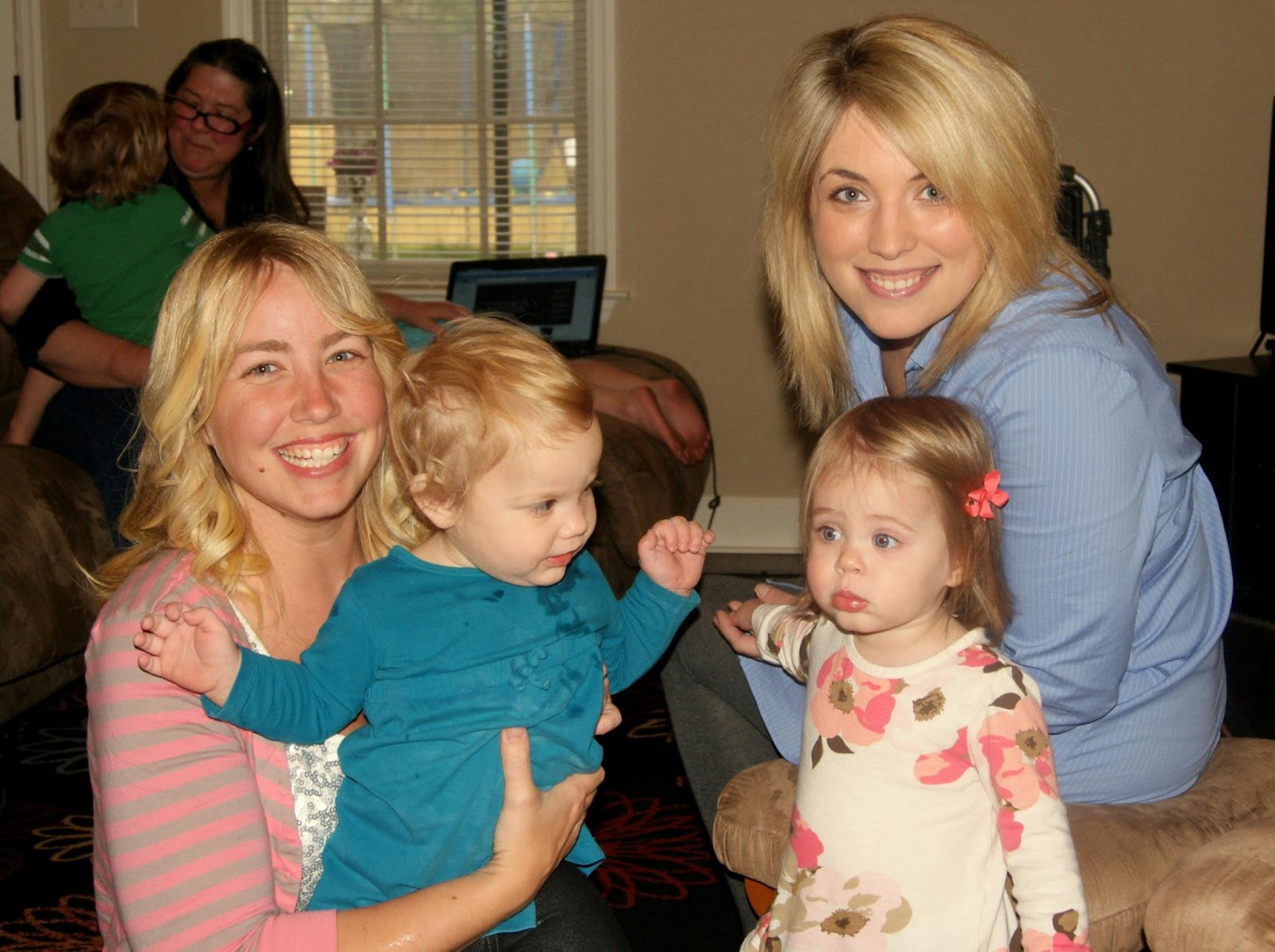 Stevie was in HEAVEN! 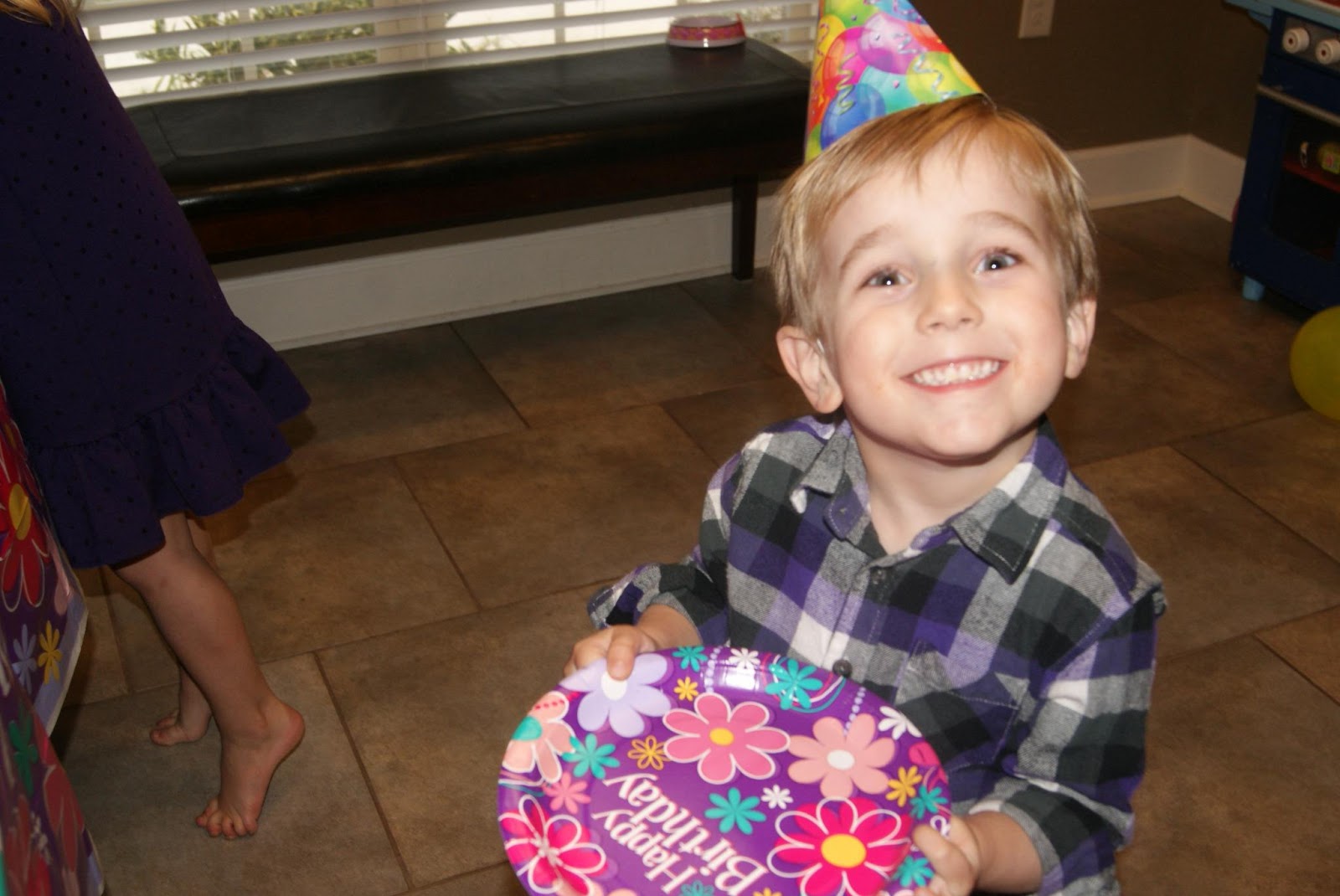 Me and Seth are totally cool kids, right? 😉 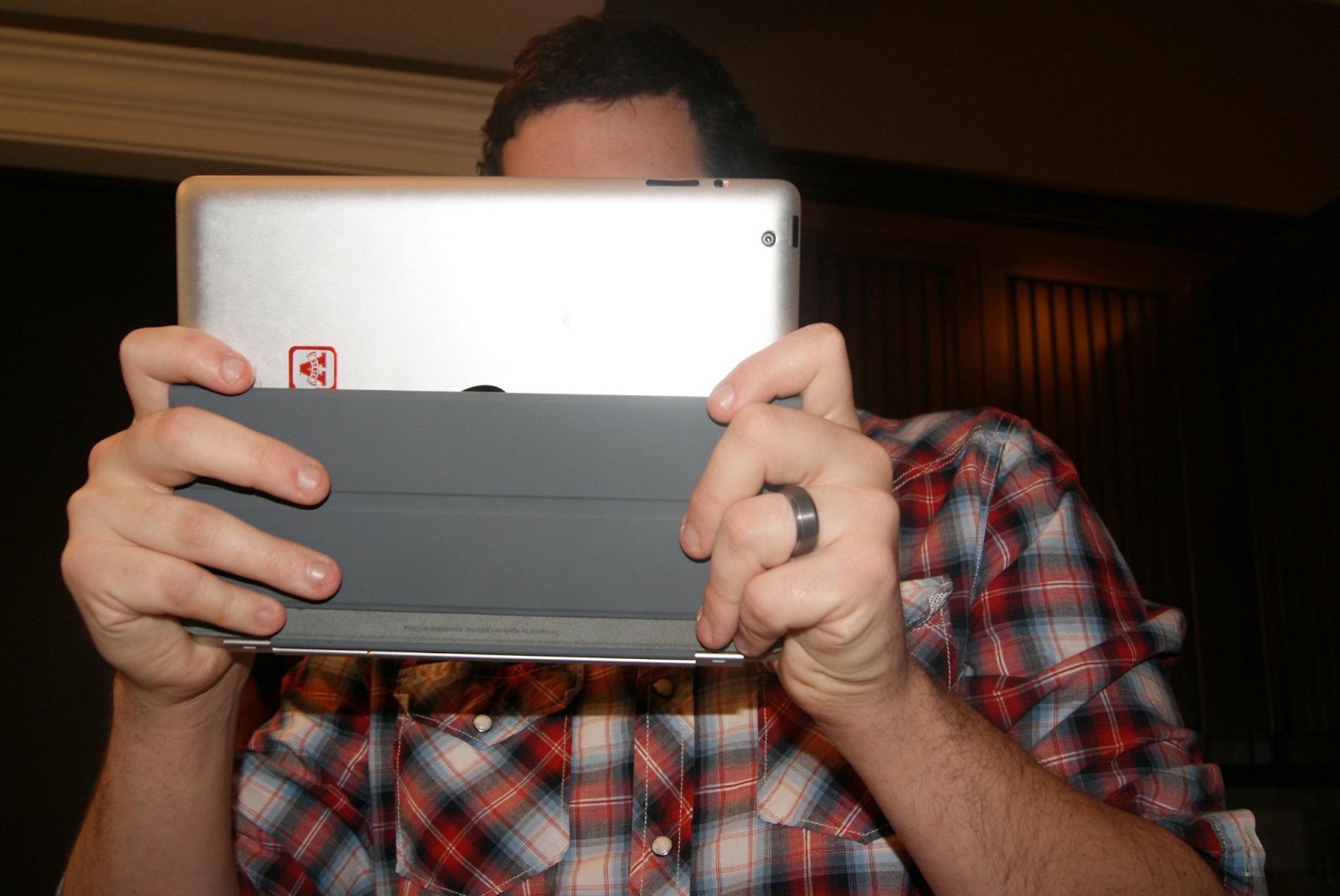 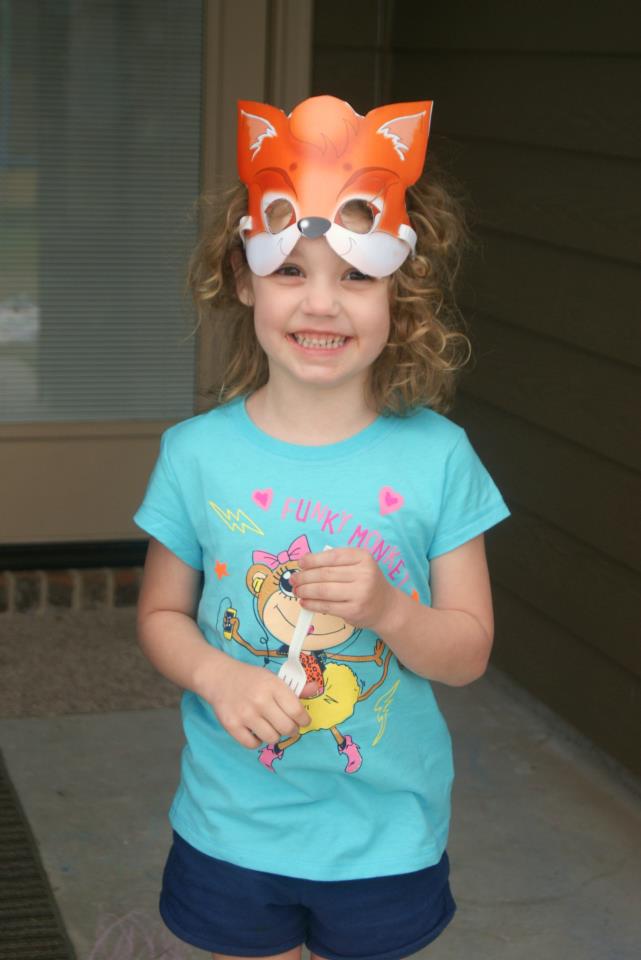 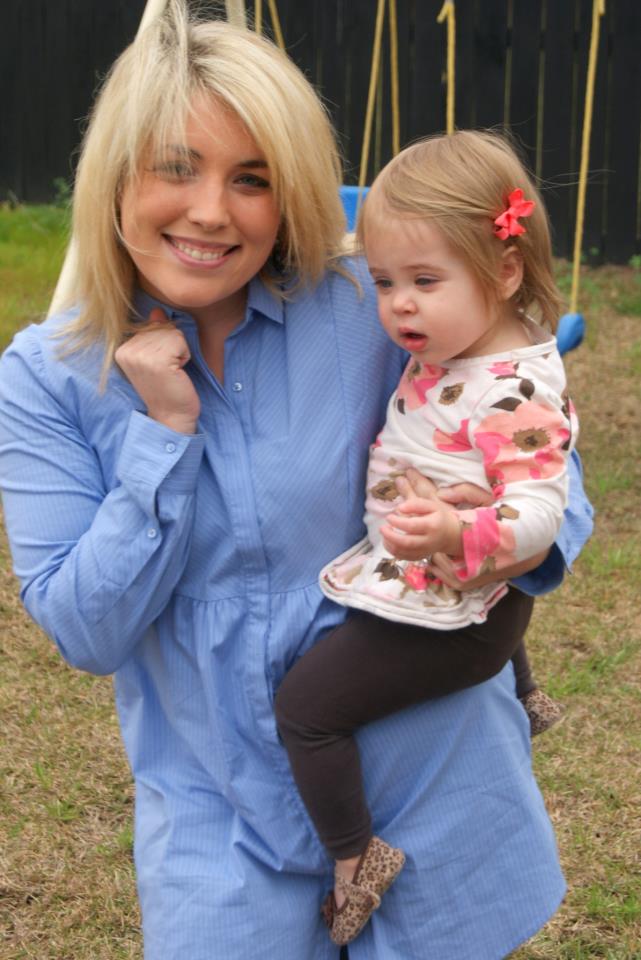 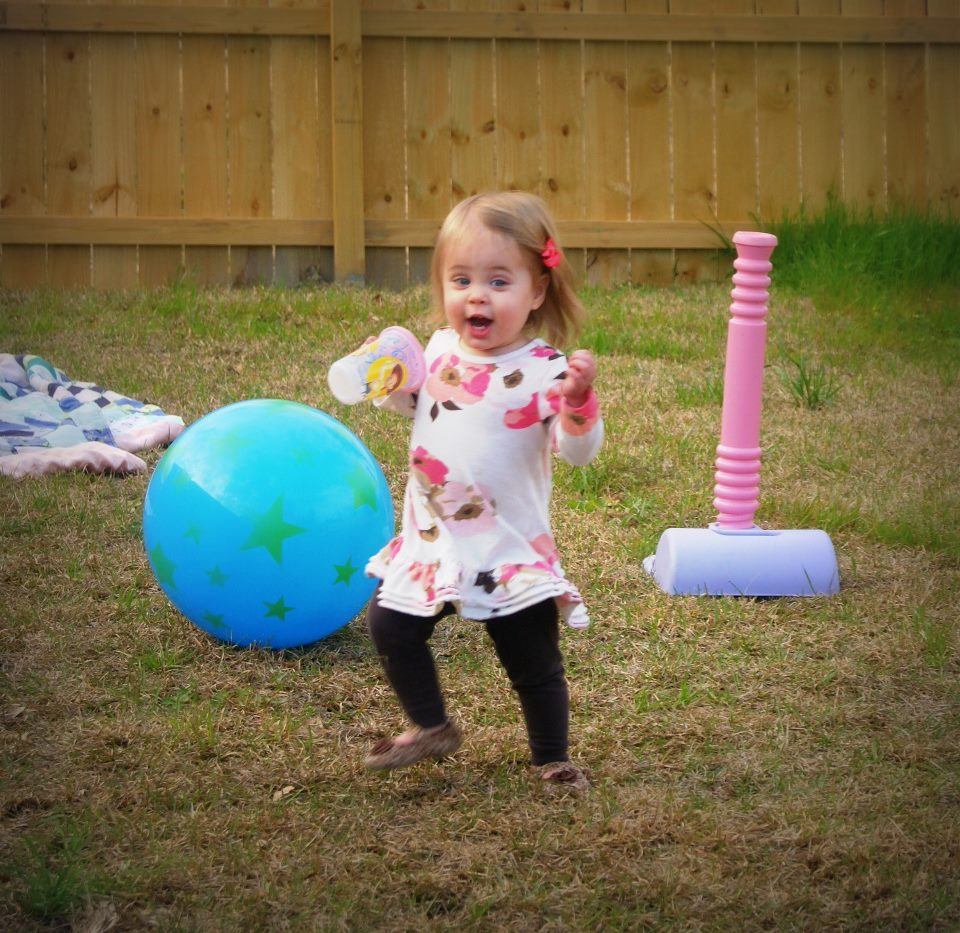 Since I know Crissy loves this picture so much I’ll feature it on the blog for the second time haha us gettin’ crunk for some party FUN! 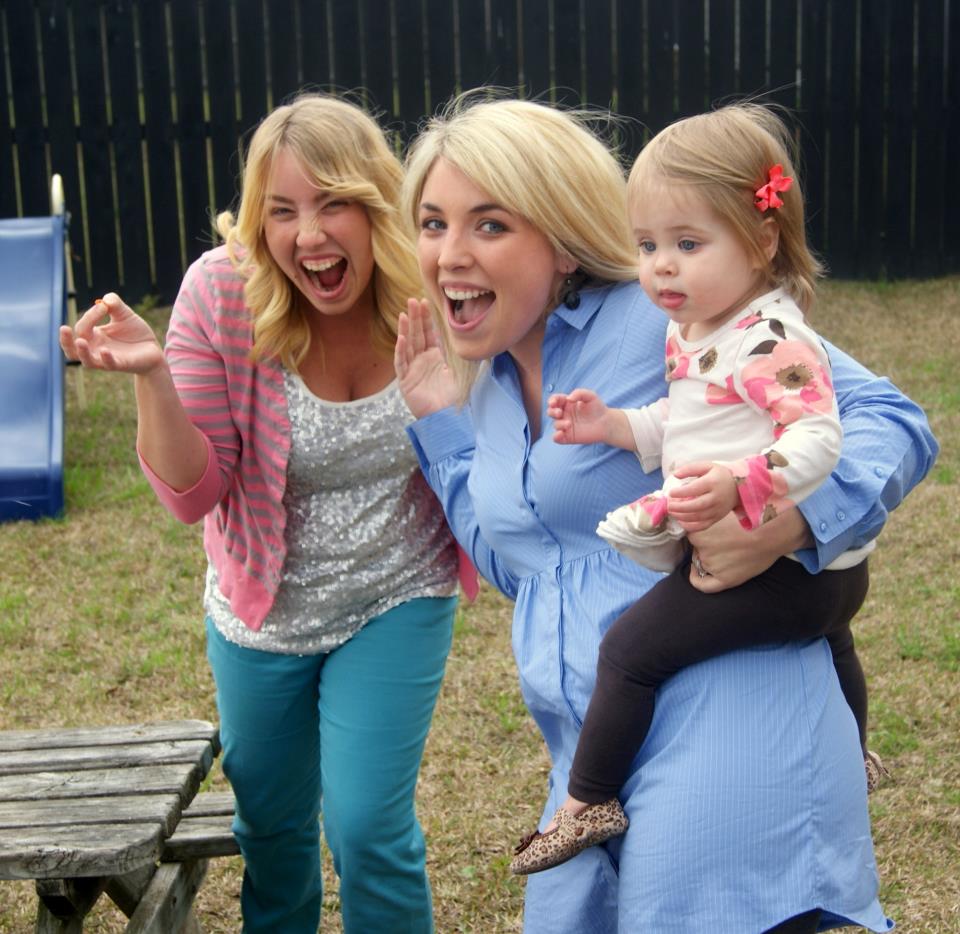 Even though Stevie was having a spend the night bash that night they had a Littlest Pet Shop themed party at dinner time. I loved the craft where each kid decorated a dog bowl and they used cocoa puff cereal as “dog food.” Of course I was telling the kids it was REAL dog food and that they had to eat it like dogs and couldn’t use their hands haha. They also had animal masks for the kids to wear (Kye wanted to wear a birthday hat instead) and had dinner as well as cake! Kye LOVES some birthday party food 🙂 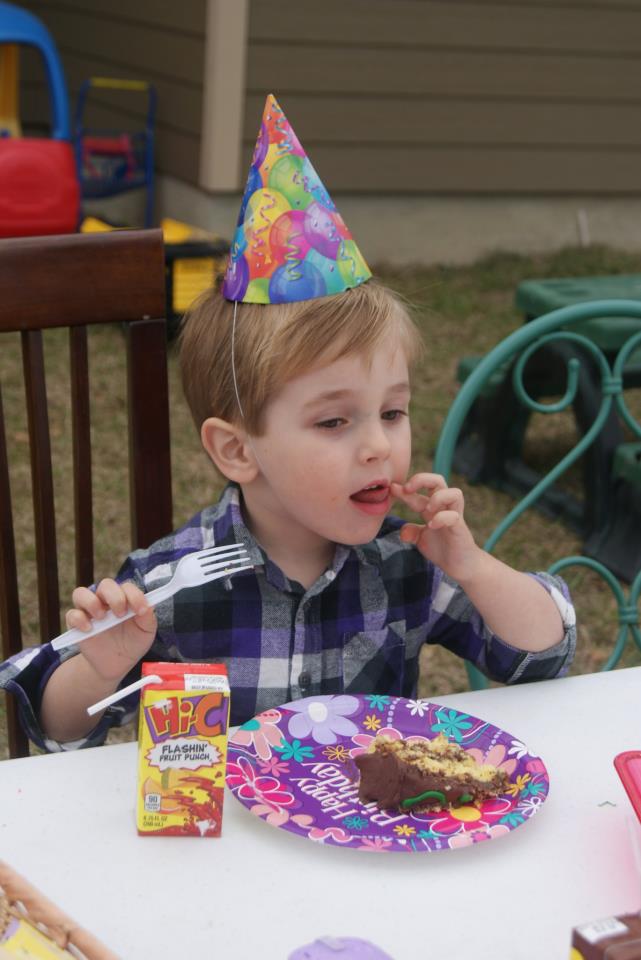 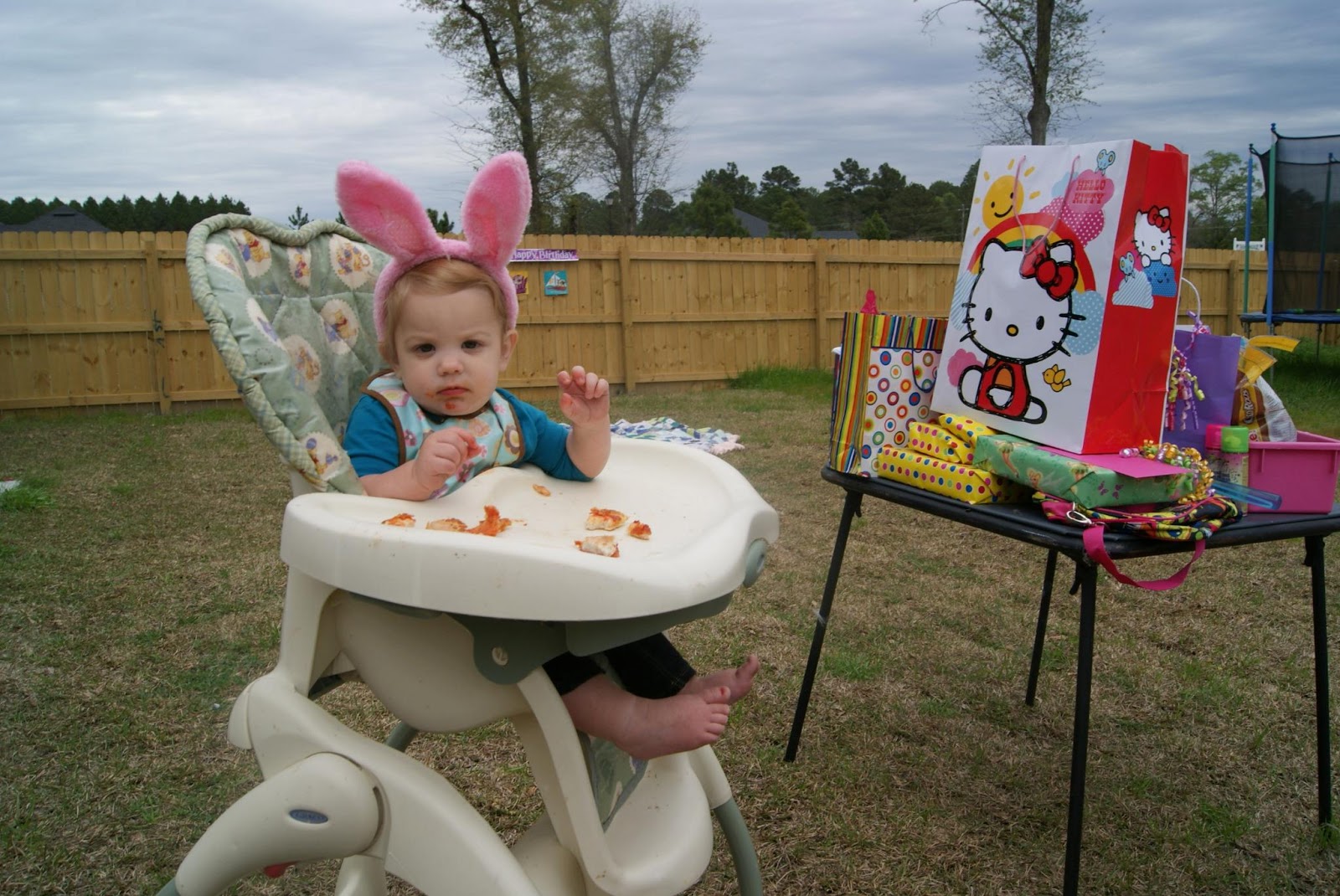 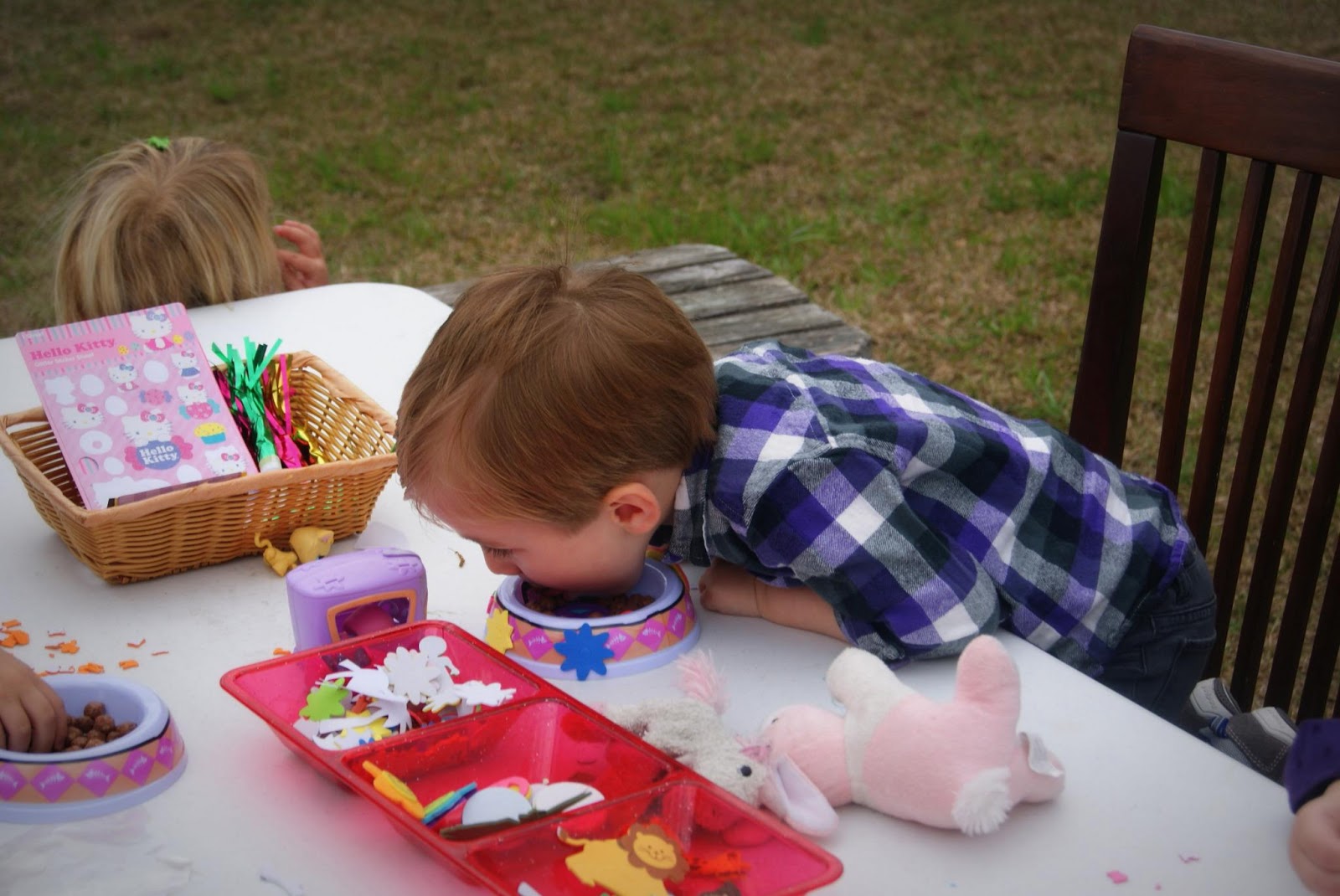 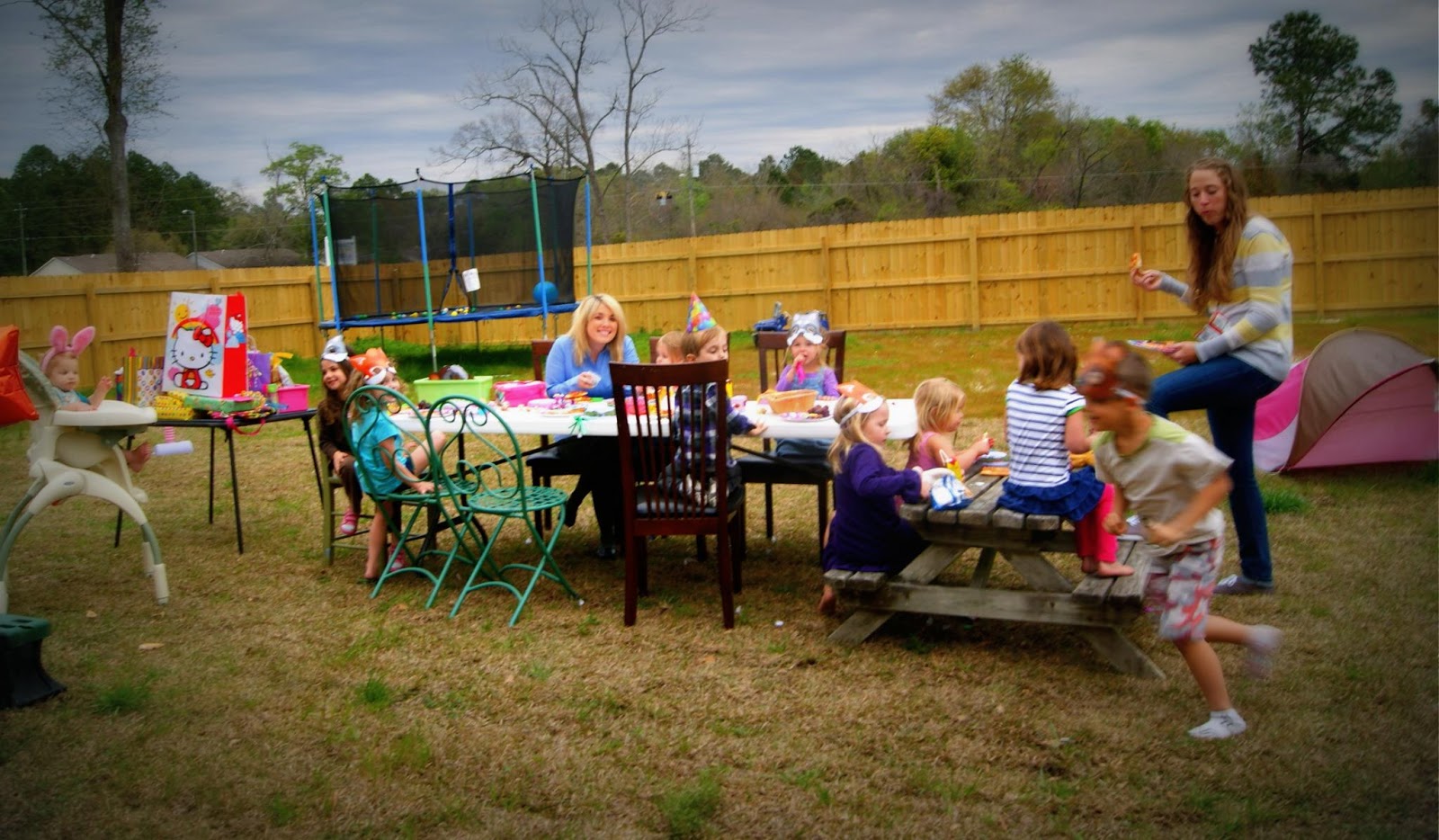 One of my most memorable moments of the party was when one of the kids was just having a tough time. She kept falling down and one kid accidentally hit her. She was just struggling and she said “THIS IS THE WORST PARTY EVER.” Crissy’s mom and I couldn’t stop cracking up about it haha. Poor thing! When it came time for the piñata she didn’t want to participate and watched with us instead. I made it my goal to make her have fun so I kept saying “Man this is such an awesome party…def the best party EVER” haha. When the kid who accidentally had hit her earlier came up to bat she turned to me and said “I KNOW they will hit is super hard, they are TOUGH” hahaha Hilarious! 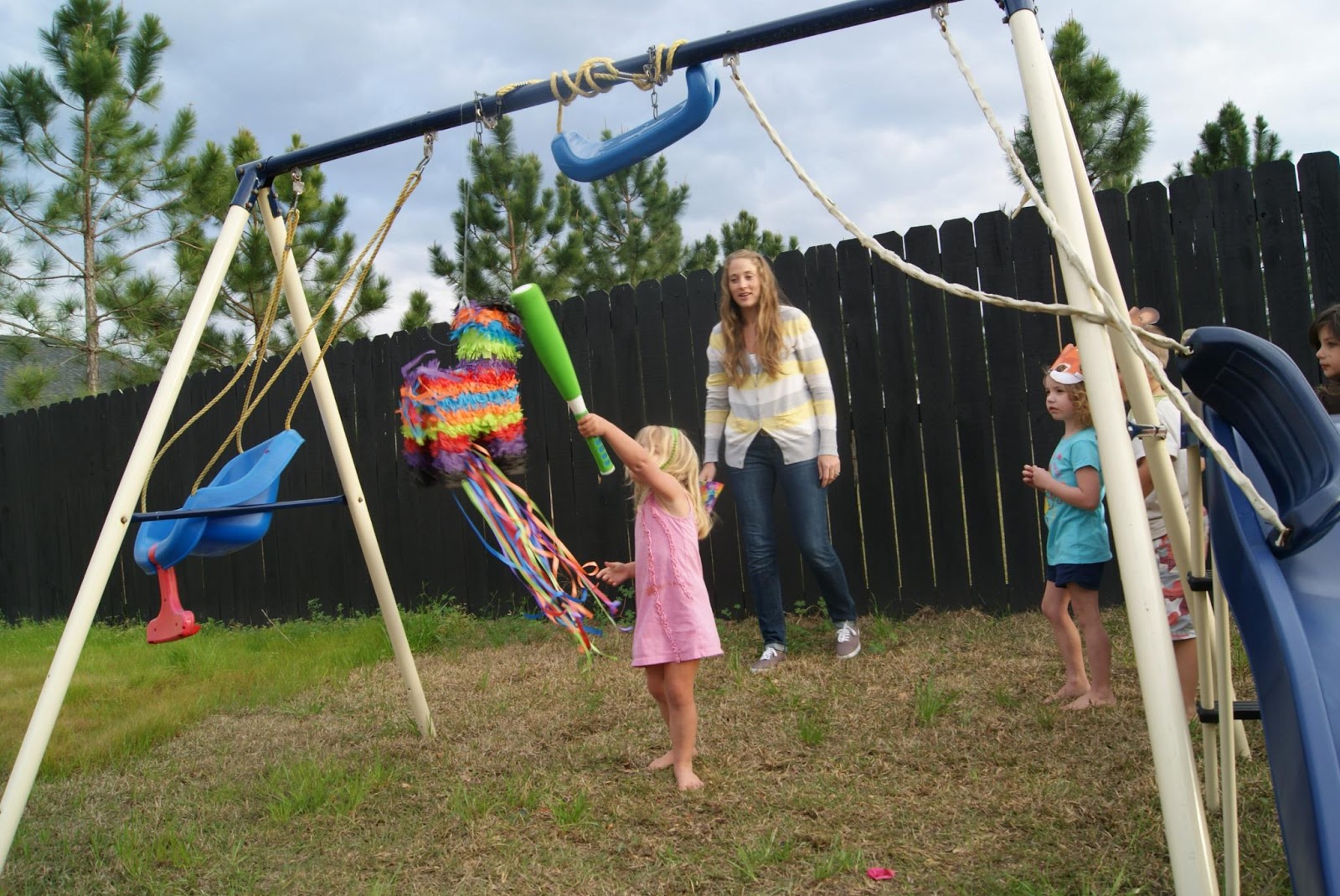 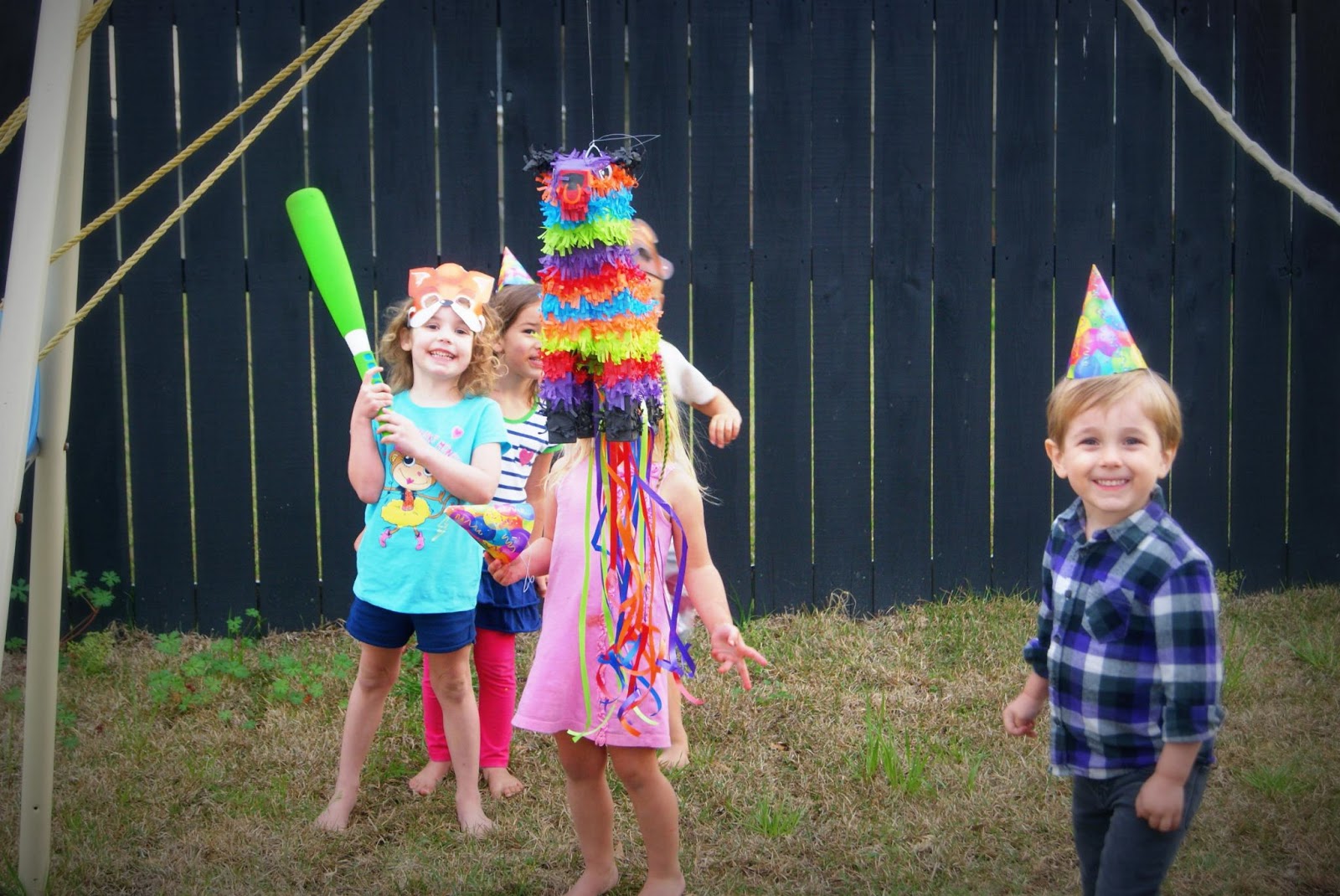 Kye’s favorite part of the party was when they all played duck-duck-goose. I don’t think he’s ever played it before? Since he didn’t know many of the kids there he was one of the last ones picked but he did a great job being patient and waiting his turn. When he tagged Sam, who is a good bit older than he is, I was super impressed at how FAST Kye ran away from him! Of course the chase ended in Kye tripping over the slide and Sam colliding with him but it was a moment of glory for Kye that he ran that fast and that an older boy took a little bit to catch up to him!!! It def helped him get over being hurt super quick 😉 Kye also fell off the trampoline while we were there too. Haha…maybe he still does need a little bit of my monitoring him huh? 😉 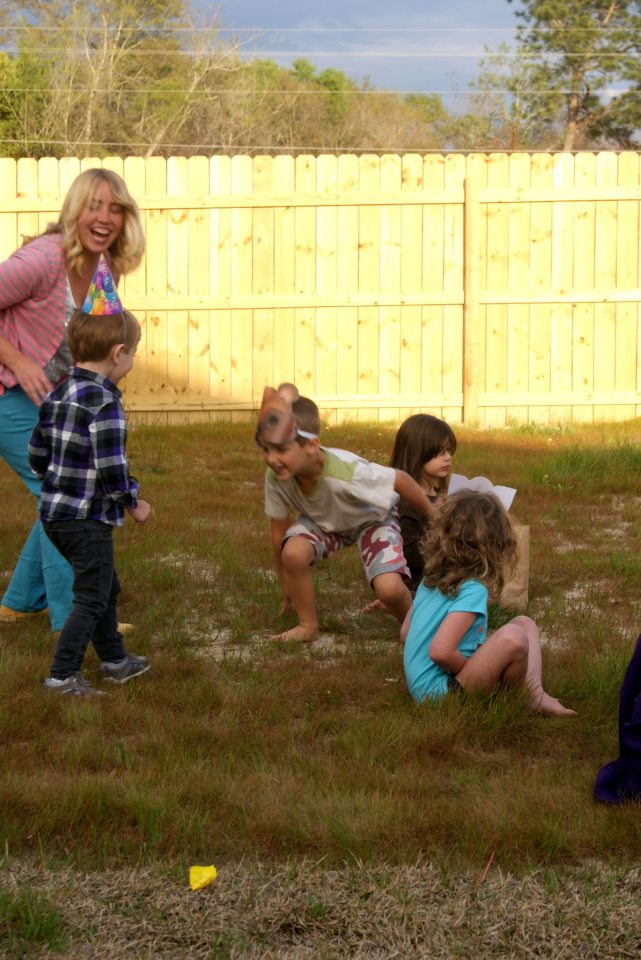 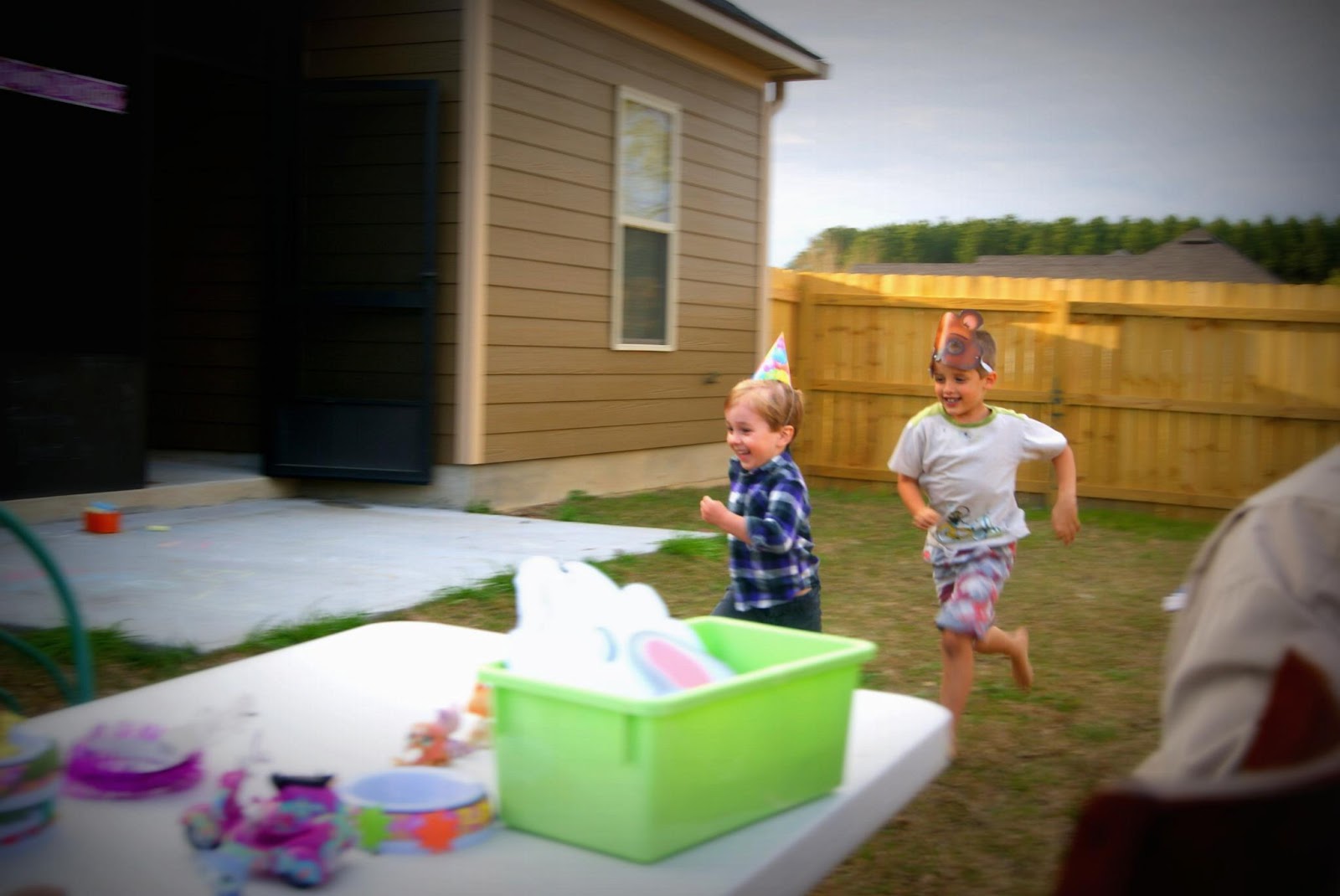 I love how they always get group shots of the party guests, I need to start doing that! 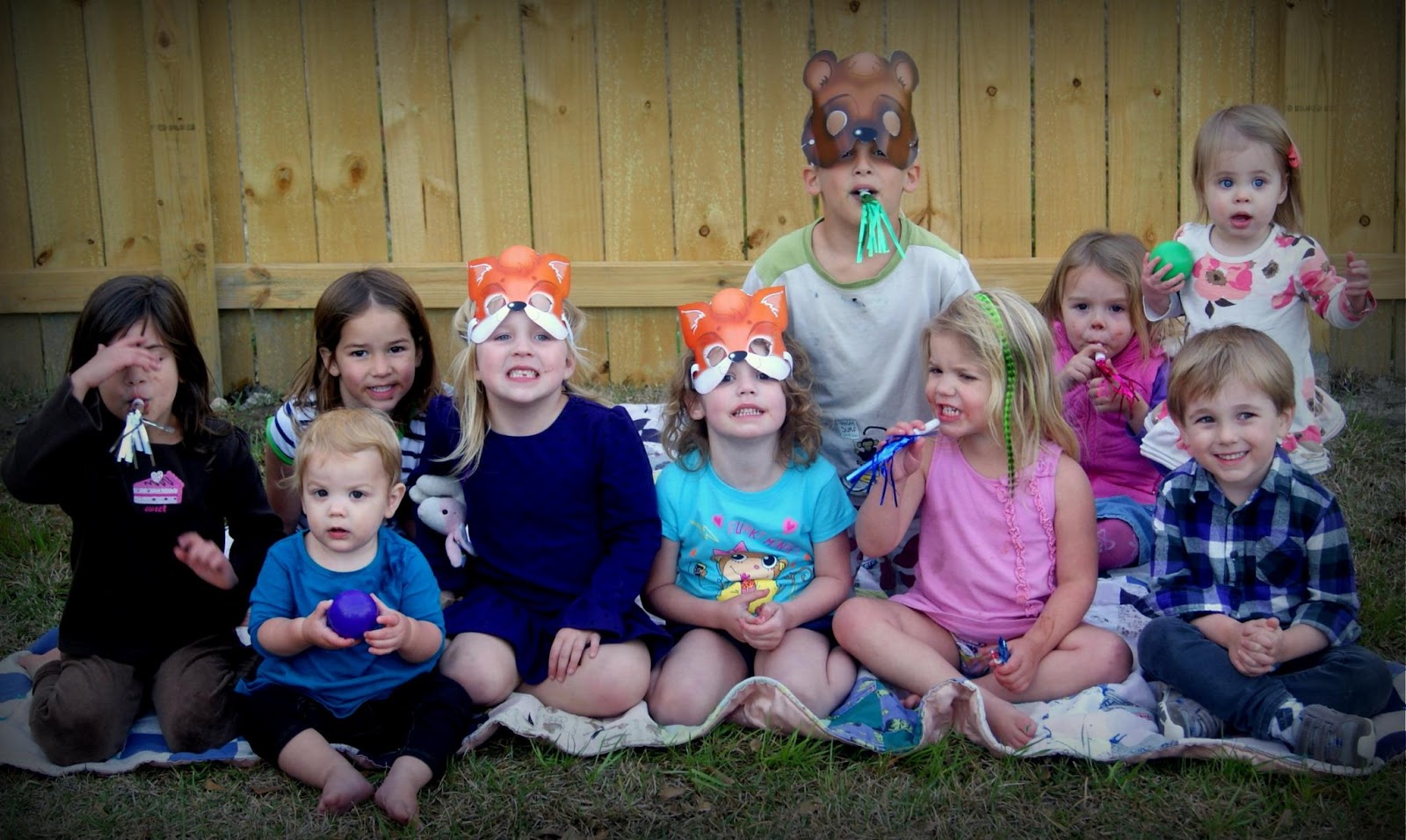 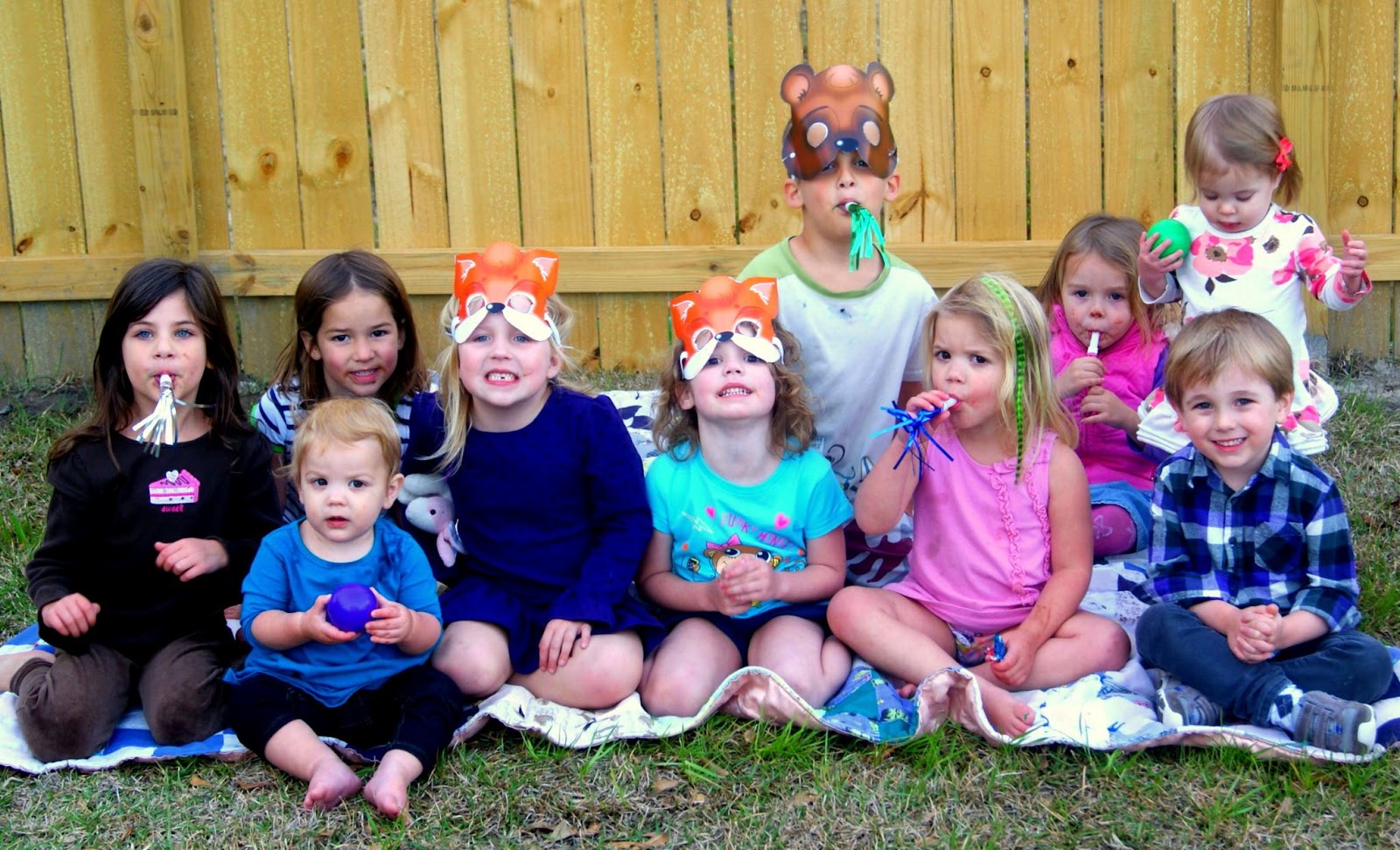 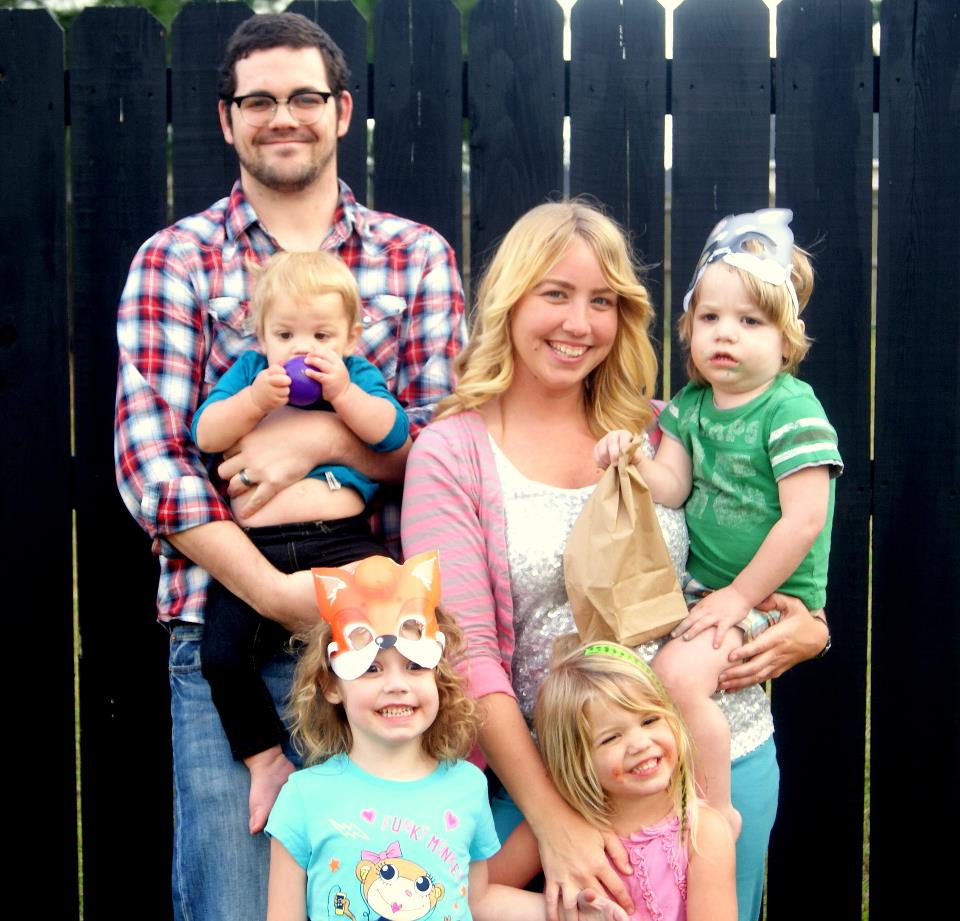 I stole all of these pics from Crissy so thanks to her for letting me do that 🙂 I tried to help out and take a bunch of pictures for her and Liz took a bunch too so they had a TON of pics from the party…so I mostly just stole ones that had my kids in them haha.

Kye had a great time and I’m so glad he got to hang out with Sam a good bit. Sam, like I mentioned, is a little older than Kye and Kye doesn’t really have many guy friends. All of our friends have GIRLS his age and even at school they have 12 kids in his class and I think only 4 are boys. Other than the fact that he’s a boy, Sam is also an AWESOME example to Kye. He is so well-behaved and thoughtful and it’s obvious that he has a heart for Jesus. I want Kye to have friends like Sam!!! Kye was the only kid who didn’t have a blower noise maker thing and I was proud of how he didn’t pitch a fit about it but I was extremely impressed at how Sam gave Kye his. That really left an impression on Kye and he talked about it the whole way home about how Sam was so nice and was being like Jesus. I hope we get an opportunity to hang out with Sam more in the future for sure!

It was SUCH a fun evening and I’m so appreciative to Seth and Crissy for always including us in the fun! Now that Britt’s schedule is easier I’m pumped to get to hang out more often with them. Kye ADORES their kids (Stevie especially!) and it’s such a blessing that my friends’ kids are friends with my kids too! I know Stevie had such a fun birthday!!!