This is a summary of Spear’s 8th week of life from January 19th through January 25th. He was 7 weeks old during this week!

This was a bit of a different week as we had a lot going on, Zach and I closed on our Investment Home, and the kids had a bit of the crud. So it’s a shorter post than usual!

Feeding: Feedings continued to go smoothly, Spear did AWESOME for Mrs Charlotte while we were away! I didn’t do a lot of trouble shooting this week since we did have so much going on and Spear continued to have a middle of the night feeding.

He was very congested and did slow down some on his eating amounts but I didn’t overly worry about it. He typically was drinking 4 oz. 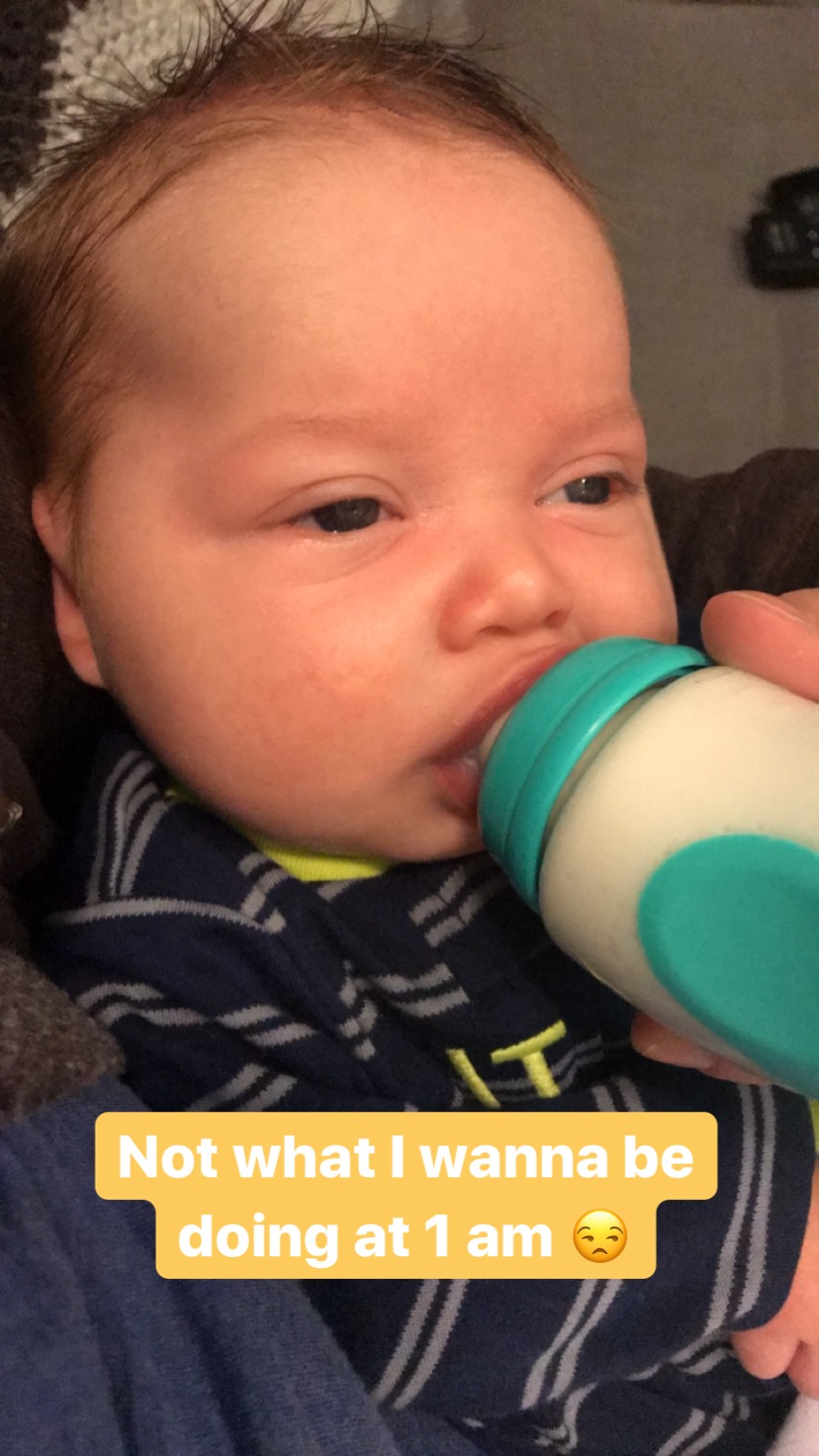 Sleep: Spear’s sleep was super affected this week by his congestion. It REALLY threw us for a loop. I had been hoping he’d be sttn soon but instead it took us longer to get there because he was so congested it messed with his sleep.

We kept the same schedule as the week prior. Eating at 7, 10 (breastmilk), 1, 4 (breastmilk), 7, dream feed at 10:30. He does very well with naps and is a higher needs sleep baby so far. He tends to only make it for 45-60 min of awake time before showing signs of sleepiness.

He continued to wake around the 3 am hour to eat in the middle of the night. Rather than have him fuss on and off I just fed him. It allowed me more sleep than trying to hold him off. Then if he woke again (which he was in the habit of doing around 5:45ish) I’d move him to the swing and he’d go right back to sleep. I think the swing was helpful with the incline to relive his congestion.

He also seemed to be a bit warm to me so I stopped putting a onesie under his sleeper this week. Rather than a onesie then a sleeper then swaddled, we just did the sleeper and swaddle. 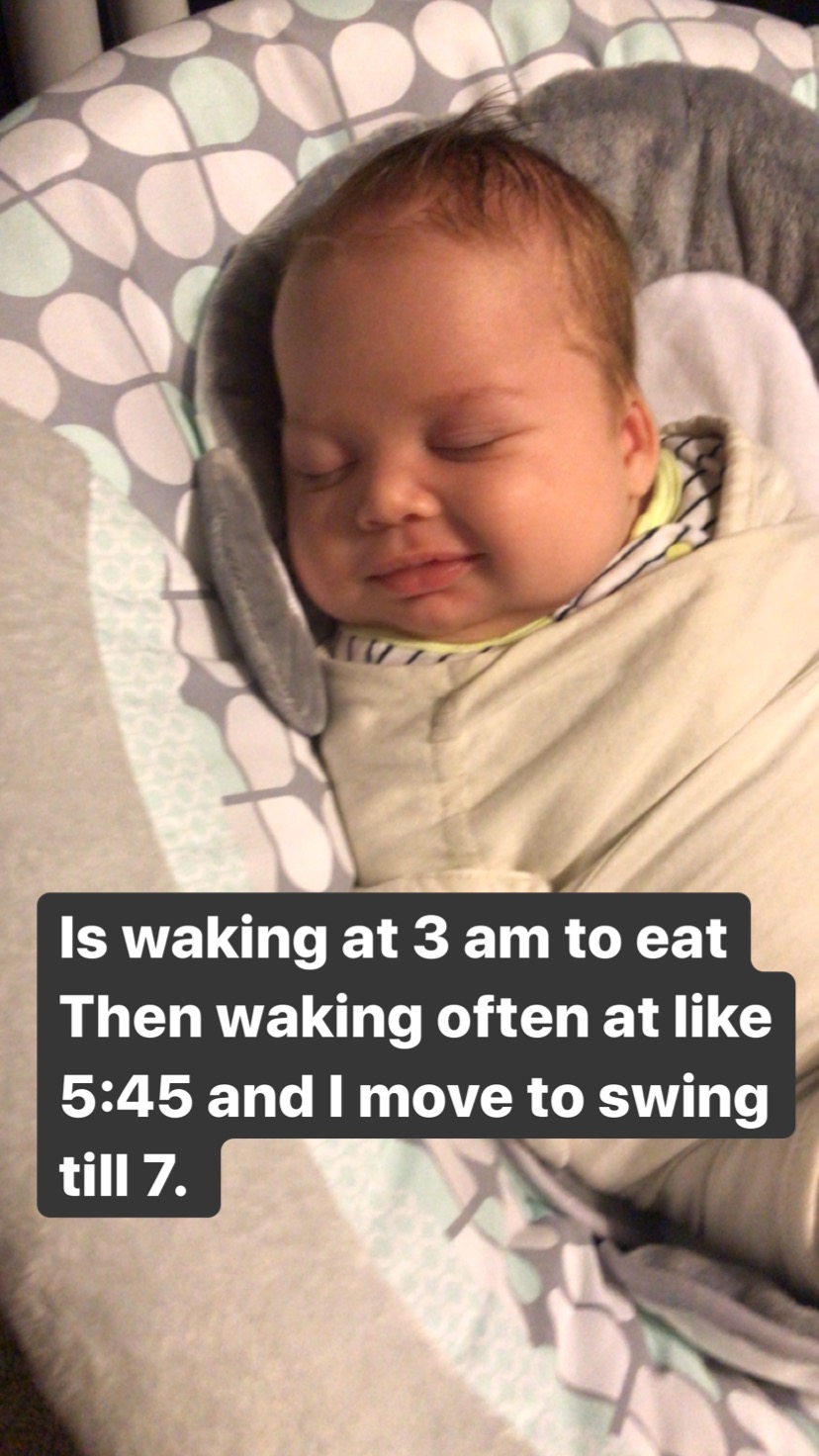 We decided Zach needed more set sleep so we stopped trading off and instead Zach handled the nightly dream feed and I’d handle the middle of the night! 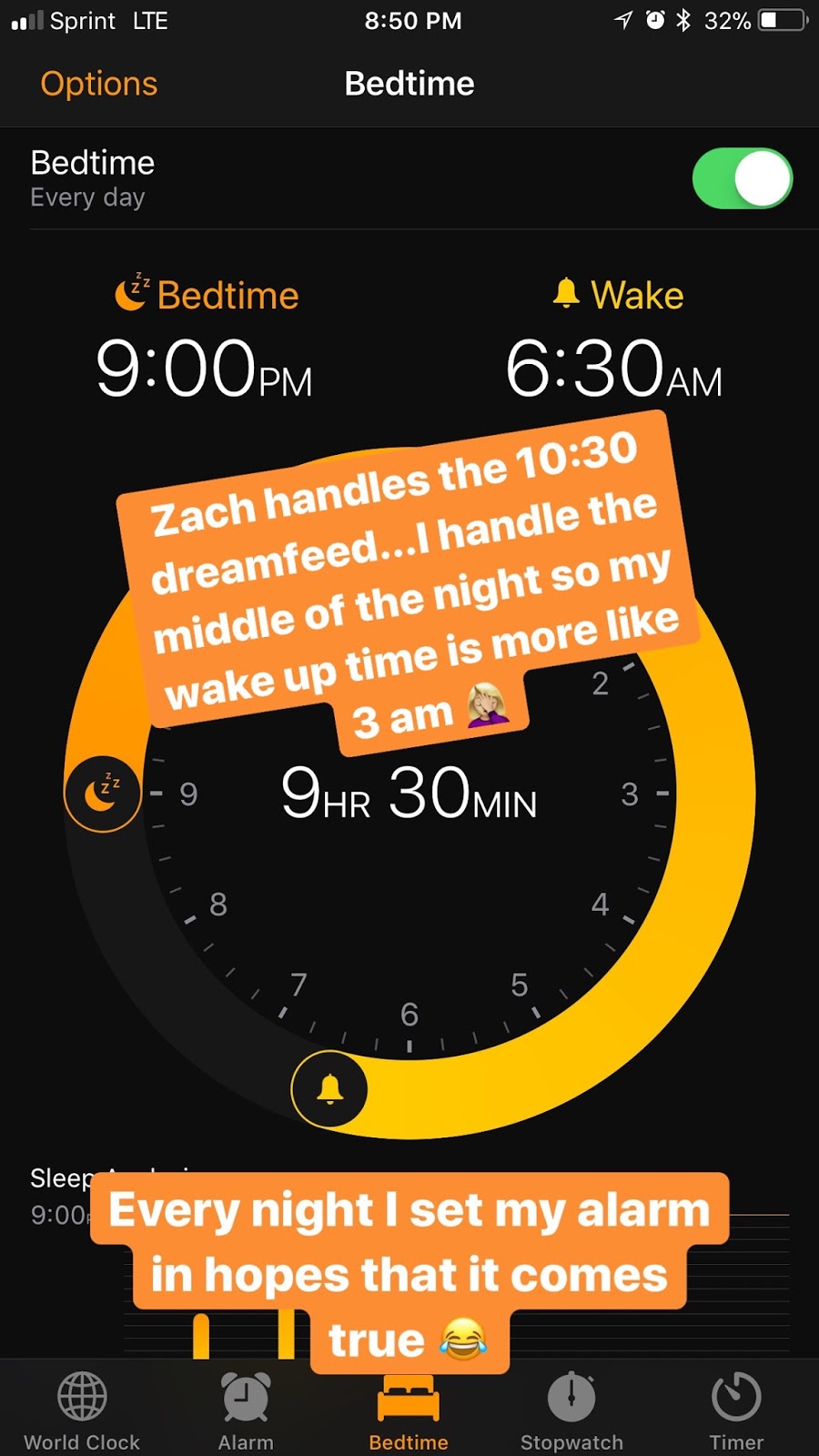 Other Stuff Going on This Week:

It was funny though because when I left Kye for that week I had something like 28 pages of notes for my mom while she kept him. For leaving Spear and my three other children? 4 pages 😉 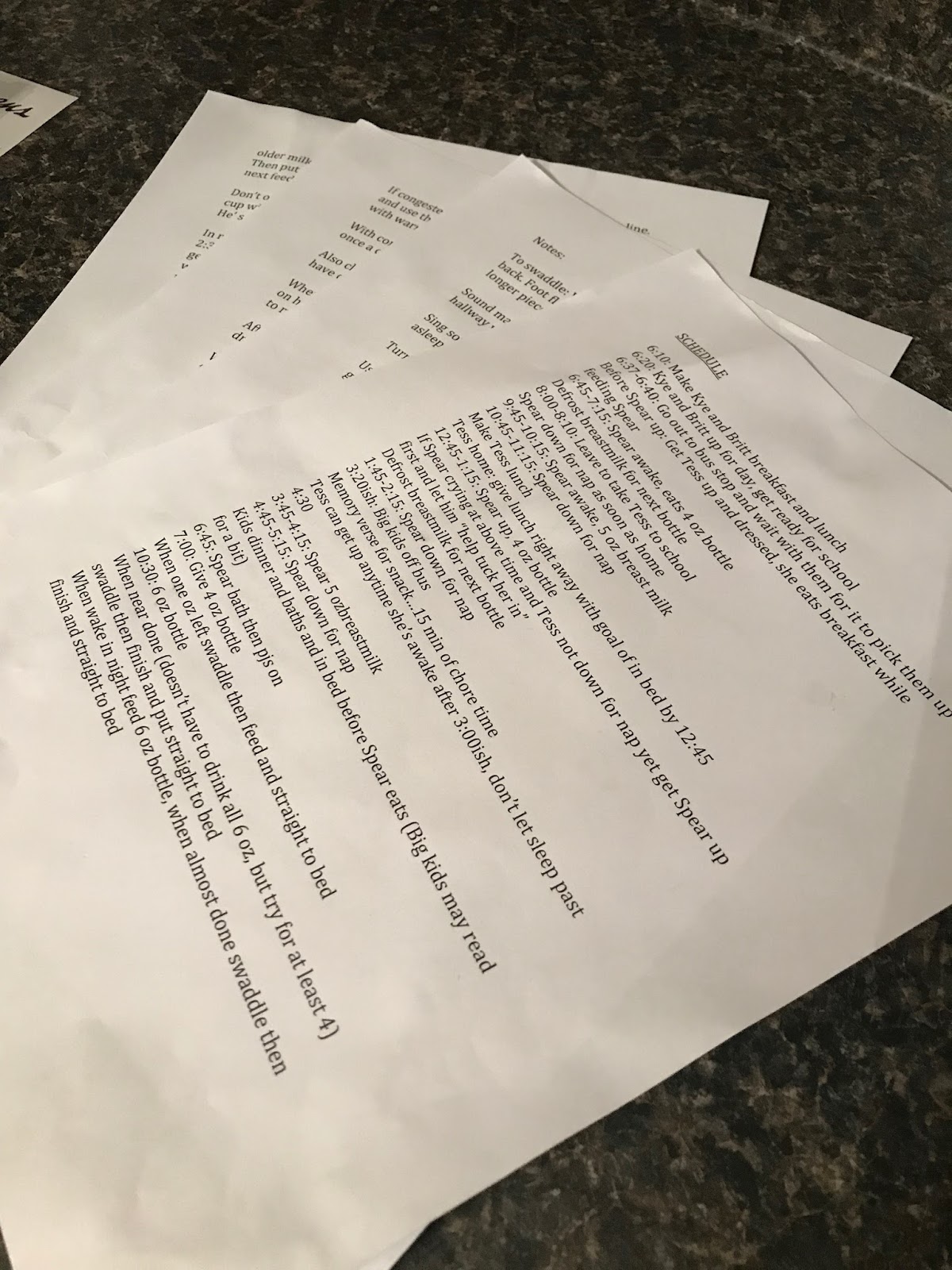 I am super nervous about health this year. Usually I’m not overly worried about sickness. If we get something, we get something ya know? But with Spear I was just very nervous about things. One morning this week the big two woke up saying they had stomach aches, Tess was super congested with a runny nose and Spear was very stuffed up as well. I made all the kids stay away from each other and literally only took Spear to his room (where no one else was allowed to enter) and to the couch (where no one was allowed to sit) and that’s it!

I diffused oils like crazy (Thieves, Purification, Lavender, Lemon, and Peppermint) and was hardcore about using Lysol and Clorox! 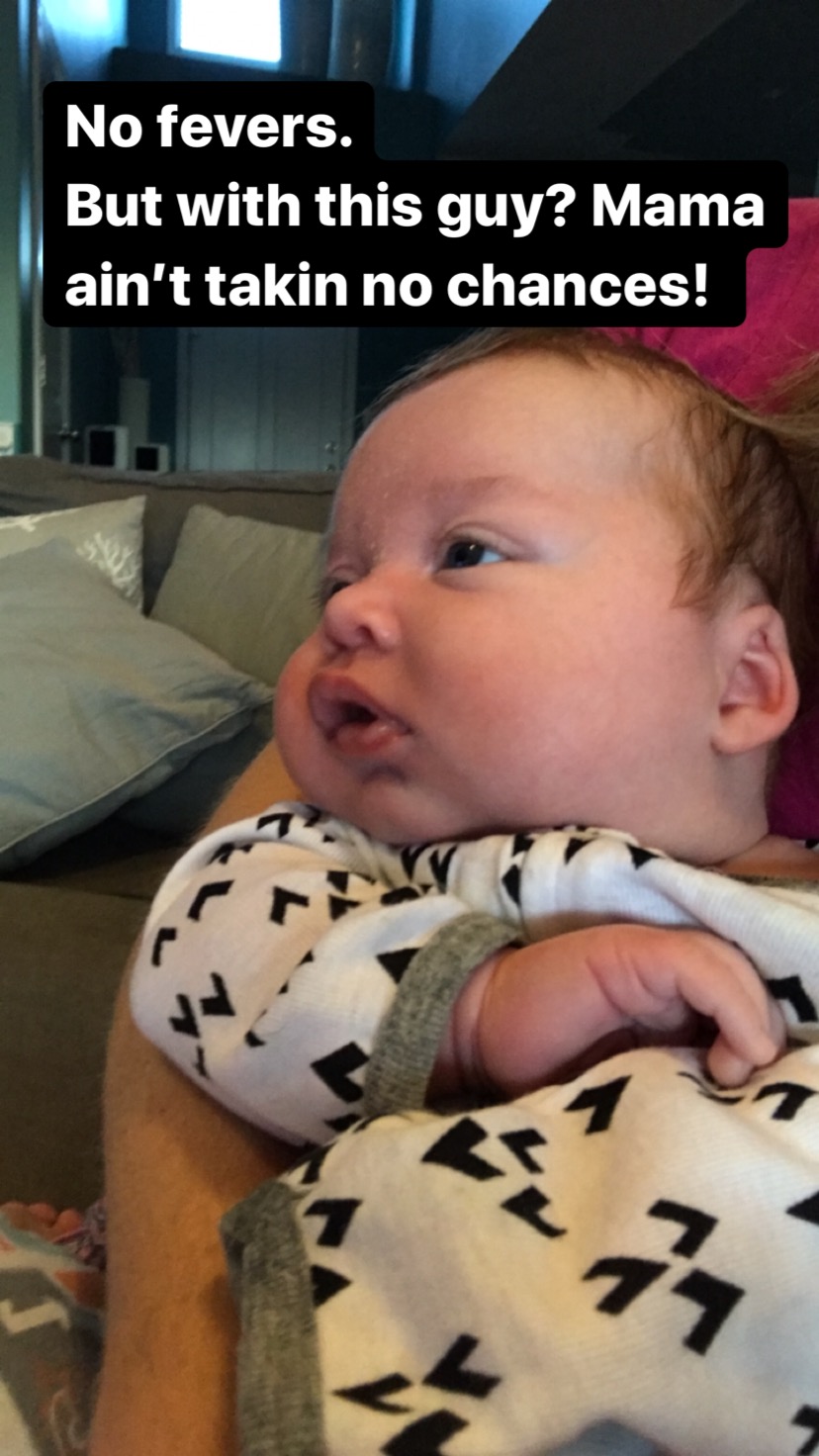 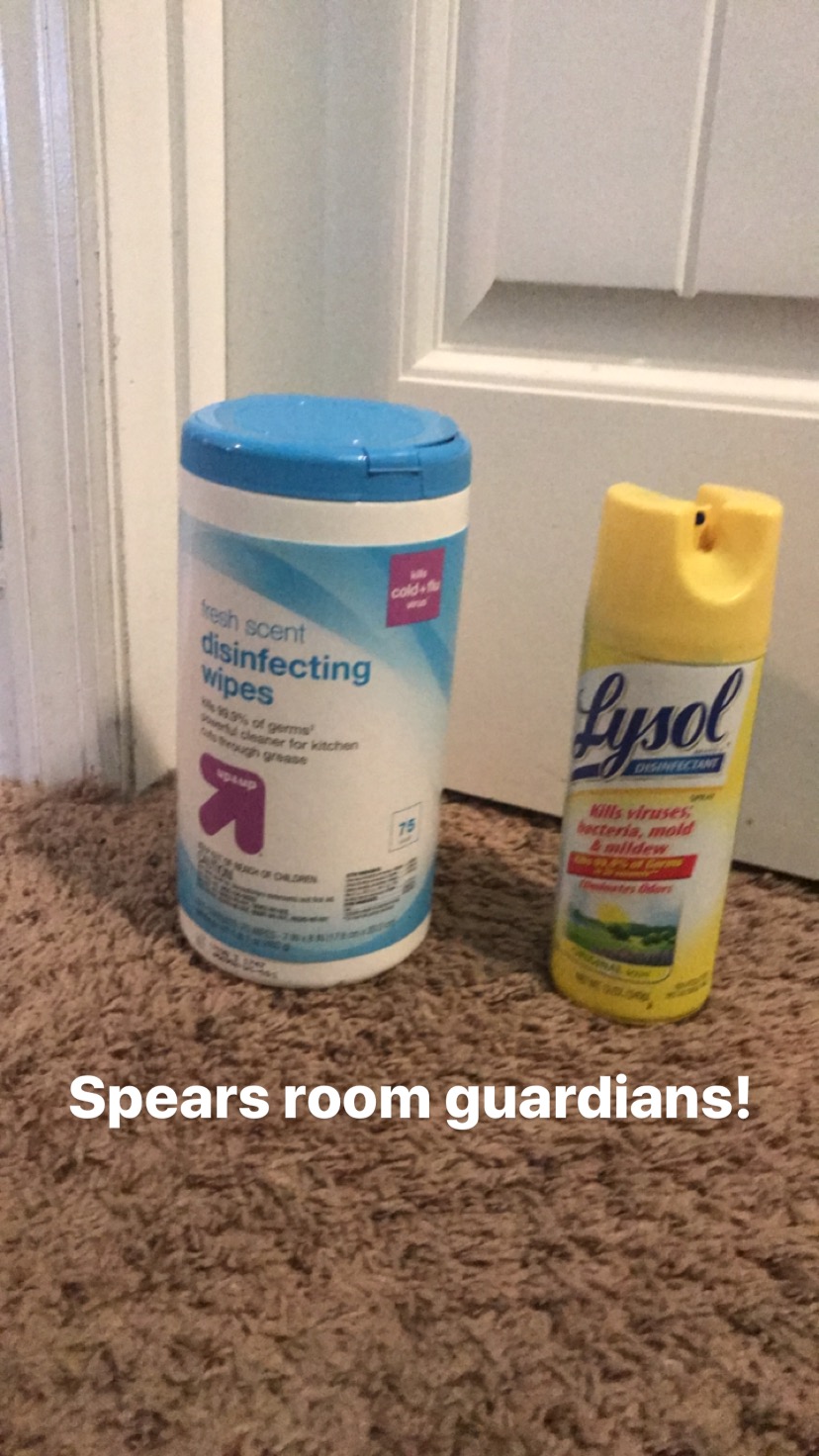 With us heading out of town that week I felt like it was wise to take Spear to the walk-in clinic. I really DID NOT want to take him because I was so worried he’d catch something there but Tess had RSV as an infant which is NO JOKE and not something I wanted to play around with.

I made sure to be at the walk-in super early and when they opened the doors I walked in and told them I had a brand new baby and did not feel comfortable sitting in the waiting room among all those sick kids! They told me they were diagnosing 30 patients A DAY with the flu! That’s insane. 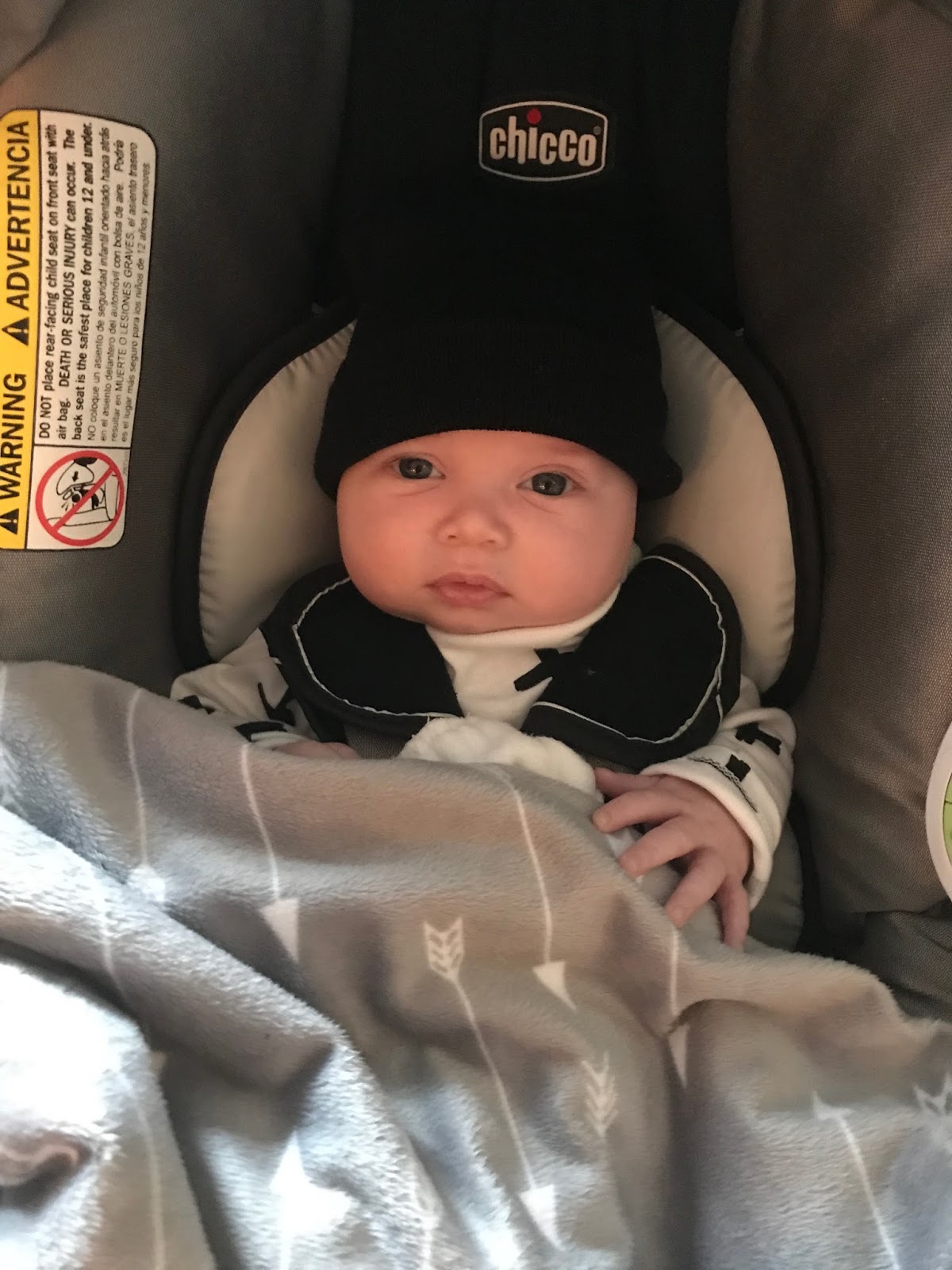 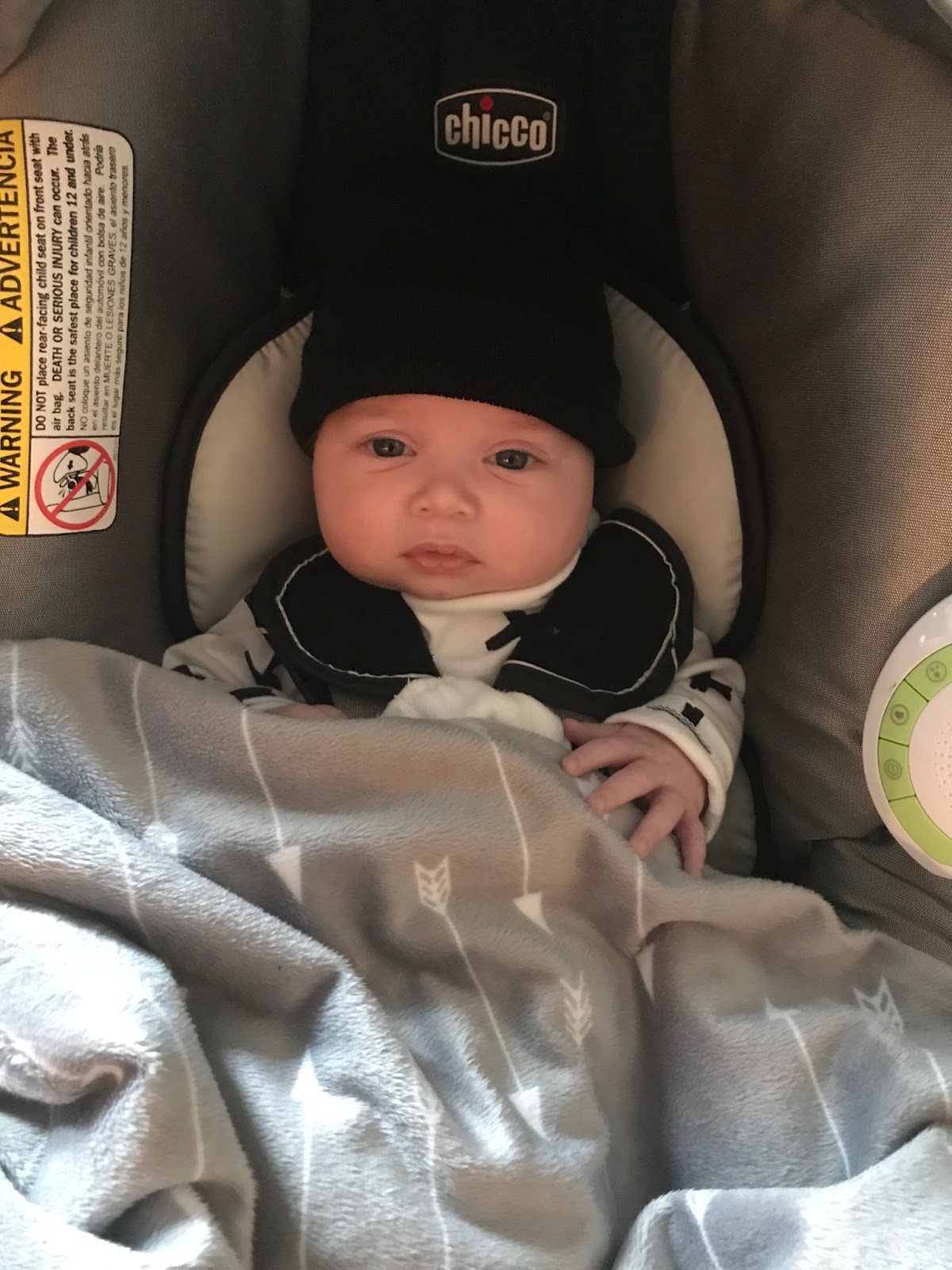 He slept happily while we waited in a room! 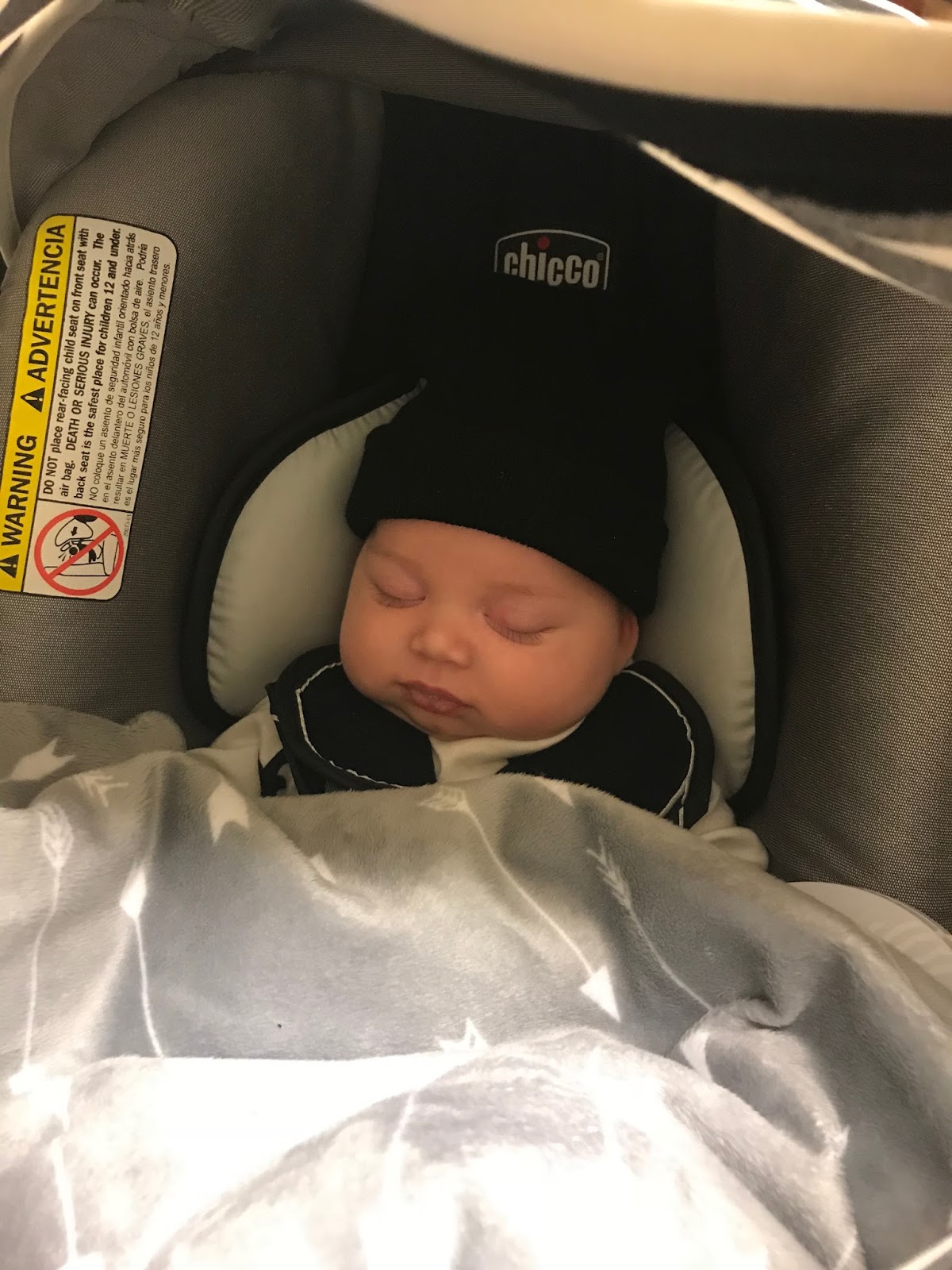 I am SO thankful Robyn got me this awesome car seat cover! I slipped it on and he was able to sleep and avoid the germs! 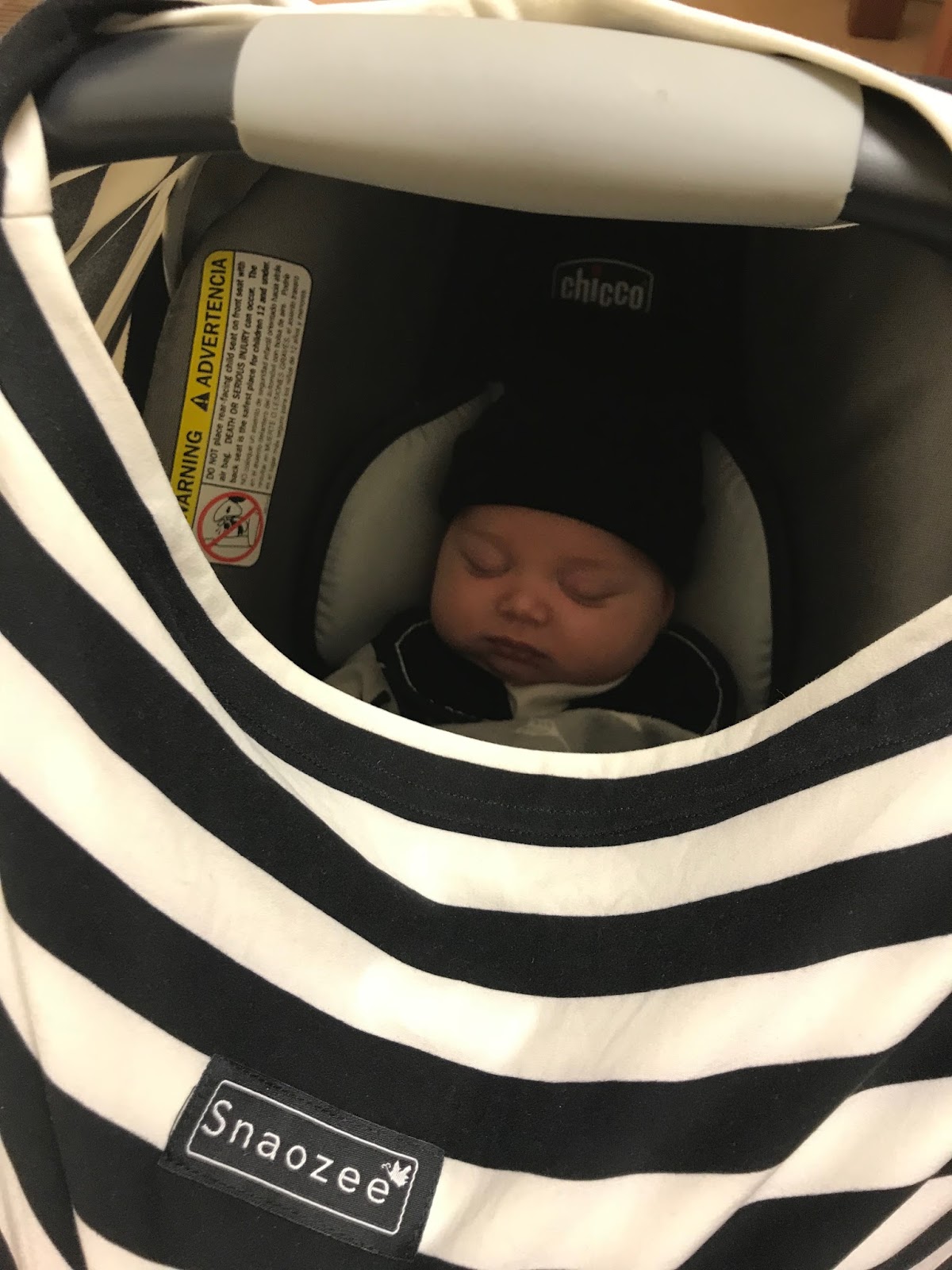 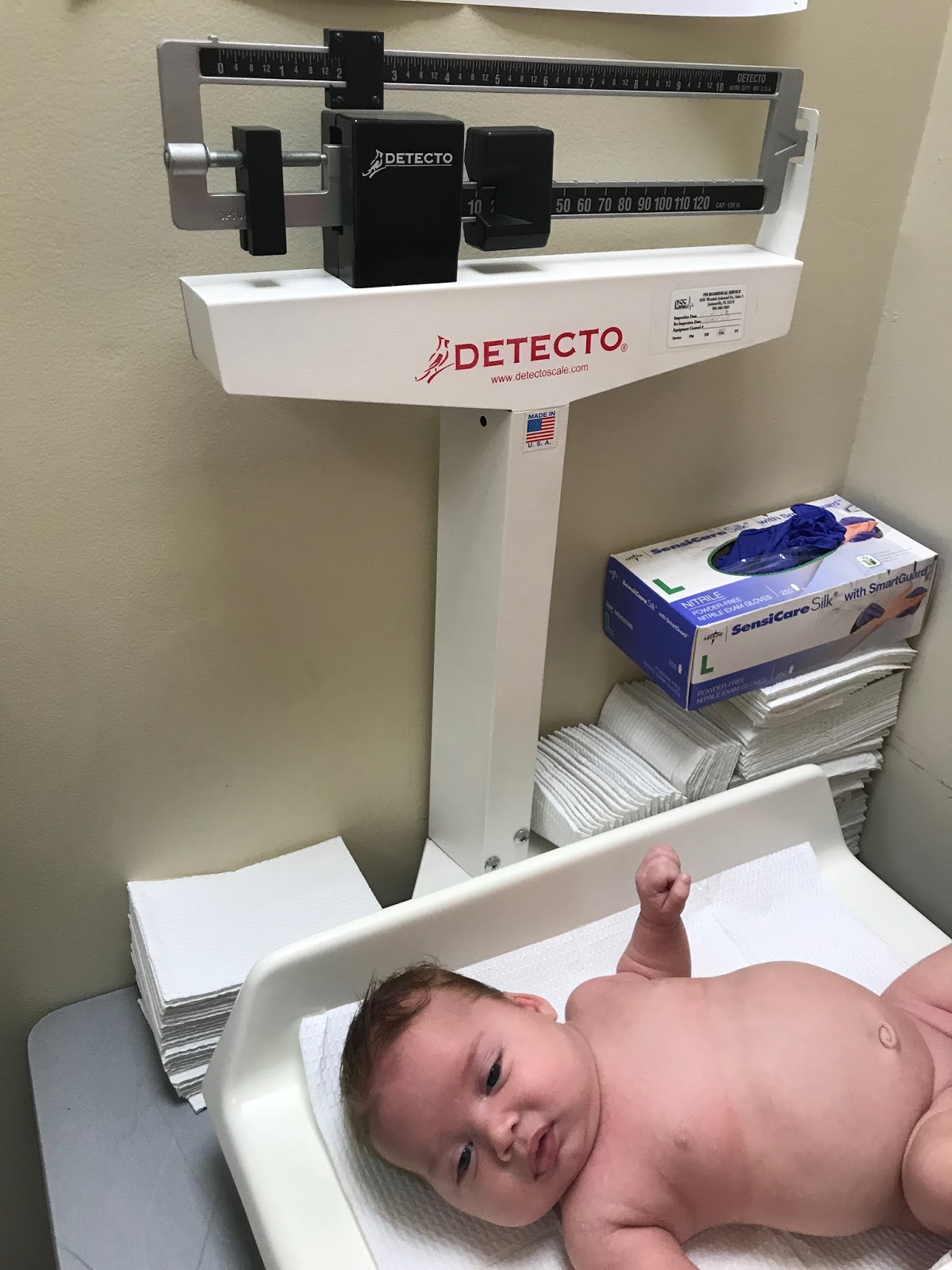 It was so funny b/c when the PA came in he said “where’d you pick this baby up at?” He was JOKING because he hadn’t seen me in so long and was saying he didn’t know I’d been pregnant. So I really threw him for a loop when I answered “Florida!” hahahaha

Even though I didn’t want to take Spear in, I am so glad I did because it gave me SUCH comfort. He said his oxygen was 100 and that everything looked fine! That it’s normal to be more congested sounding at this age and that he was a perfect, healthy baby boy. I think I worry more about Spear’s health in a way I didn’t with the older three. Just that he didn’t live in my belly. I don’t know his family medical history. So many unknowns can be scary and it’s SUCH a comfort to have a dr tell me he’s perfect 🙂 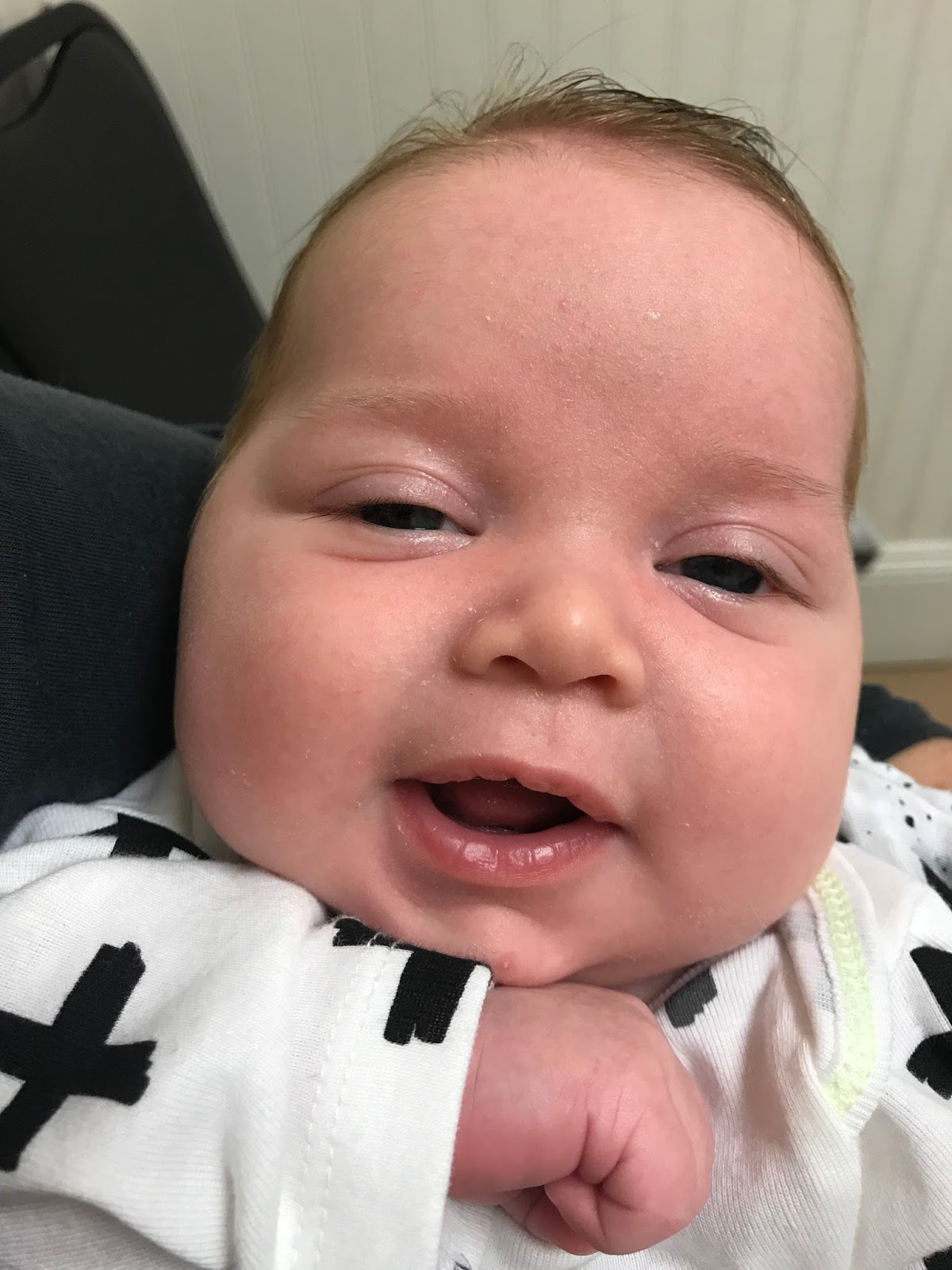 The PA said to STOP using a humidifier. Where we live the air is so humid I shouldn’t use one (good to know). He said to use spray saline and spray after waking but prior to feeding and then do not suction it right away. Keep him sitting for a few minutes (5 ideally) then suction it out and after suctioning then spray again right before feeding! It really helped! 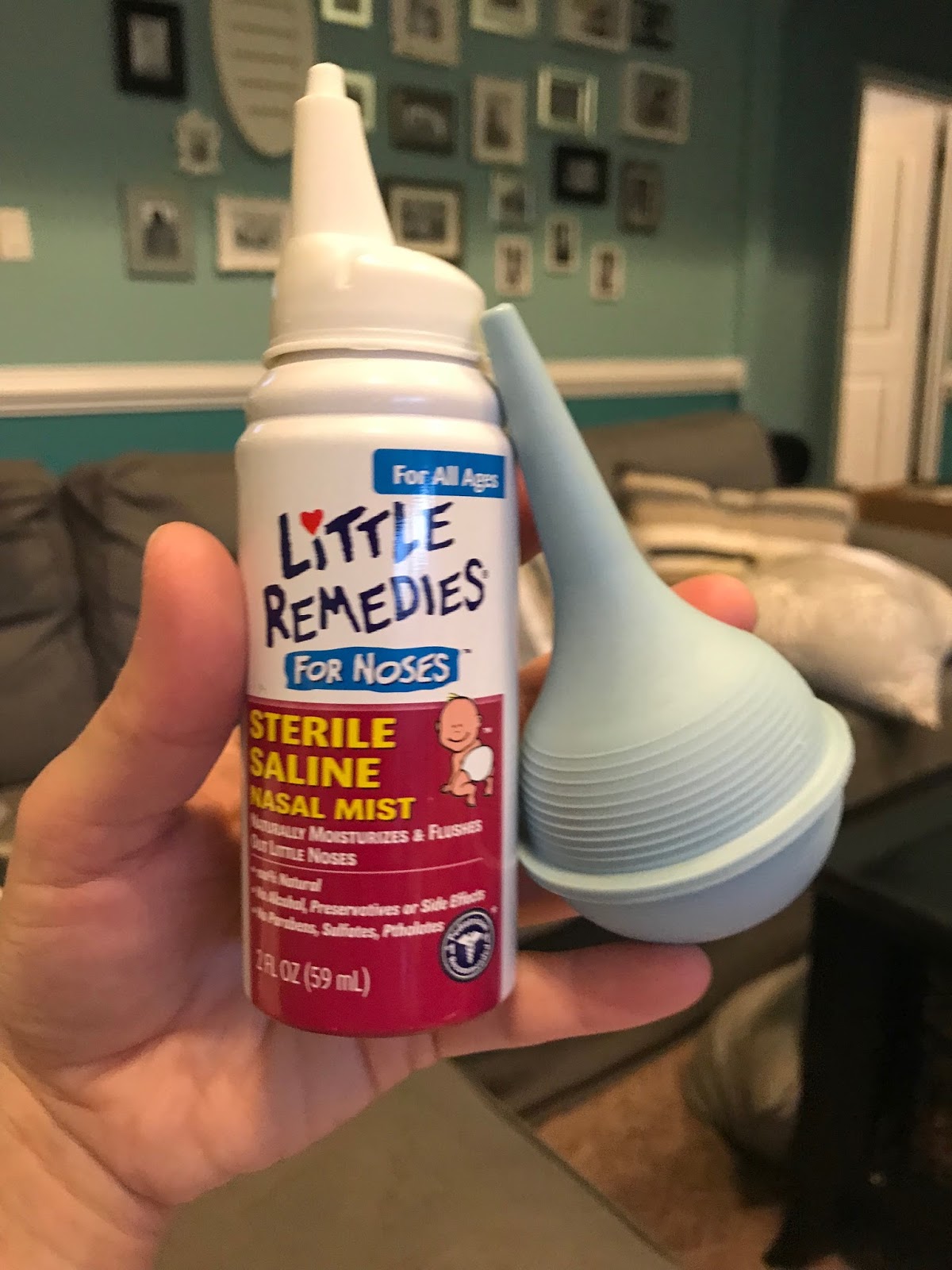 Yall. We have baby toy OVERLOAD at this house!!! 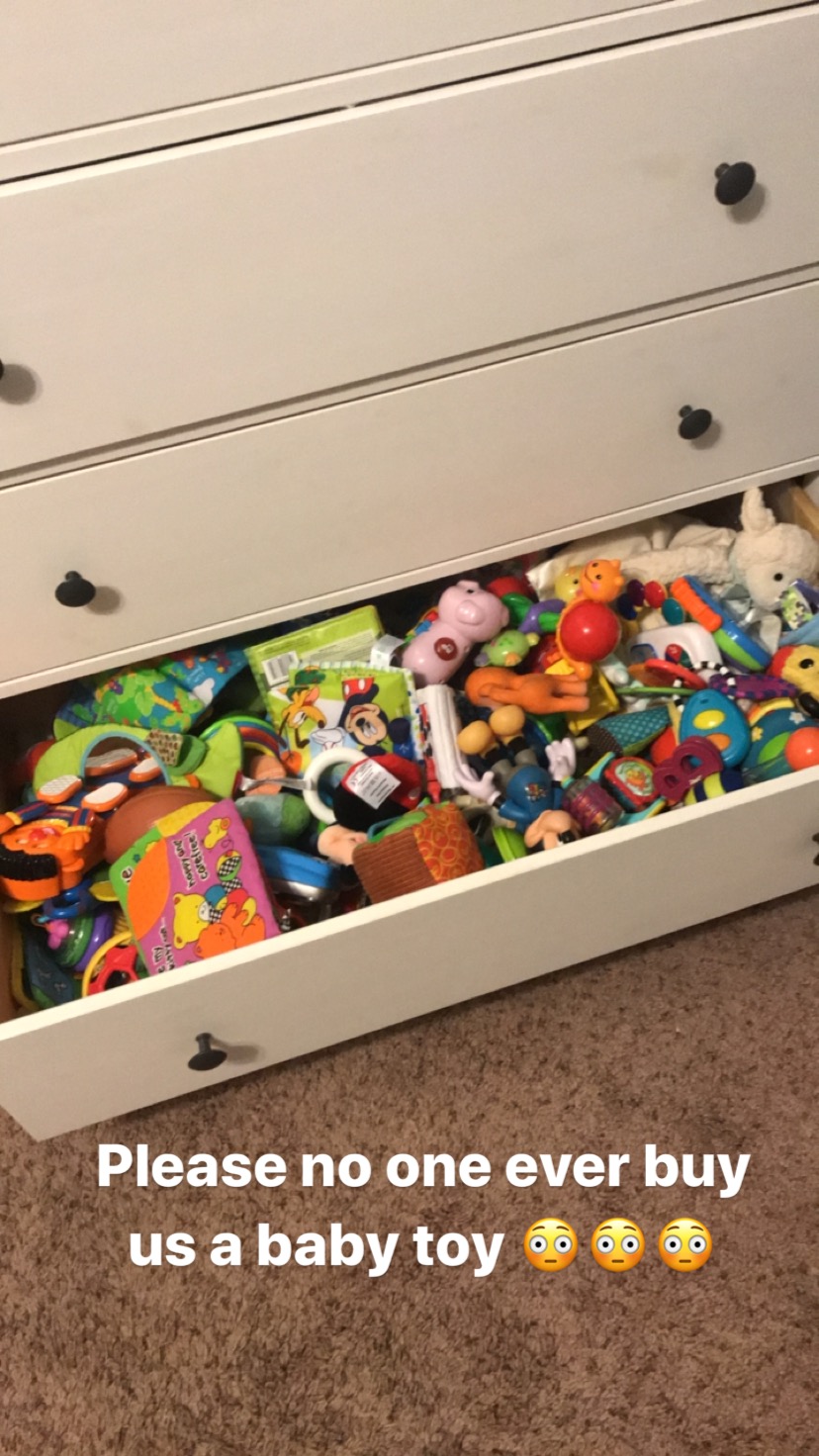 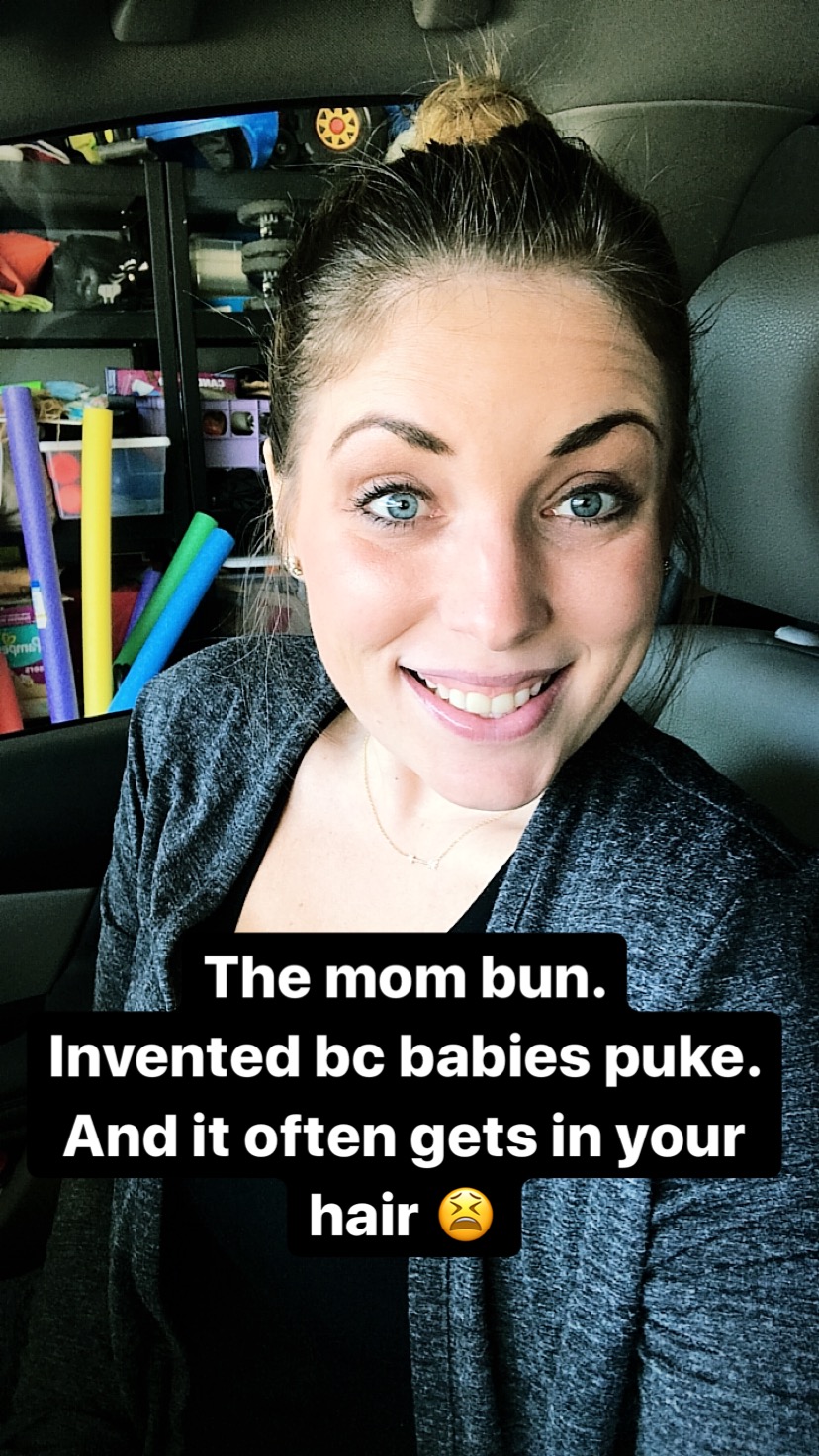 On top of Zach and I going out of town and a visit to the dr…we also had some adoption stuff going on this week!

As part of our post placement process (you can read more about that here!) we have to have post placement visits. Our first one was this week! It was very low-key. Our case worker just came to visit and see that Spear is adjusting okay and that he’s in a healthy environment. She wanted to know info on his dr visits and stats and some developmental questions. We’re one step closer to this being finalized! Yay! 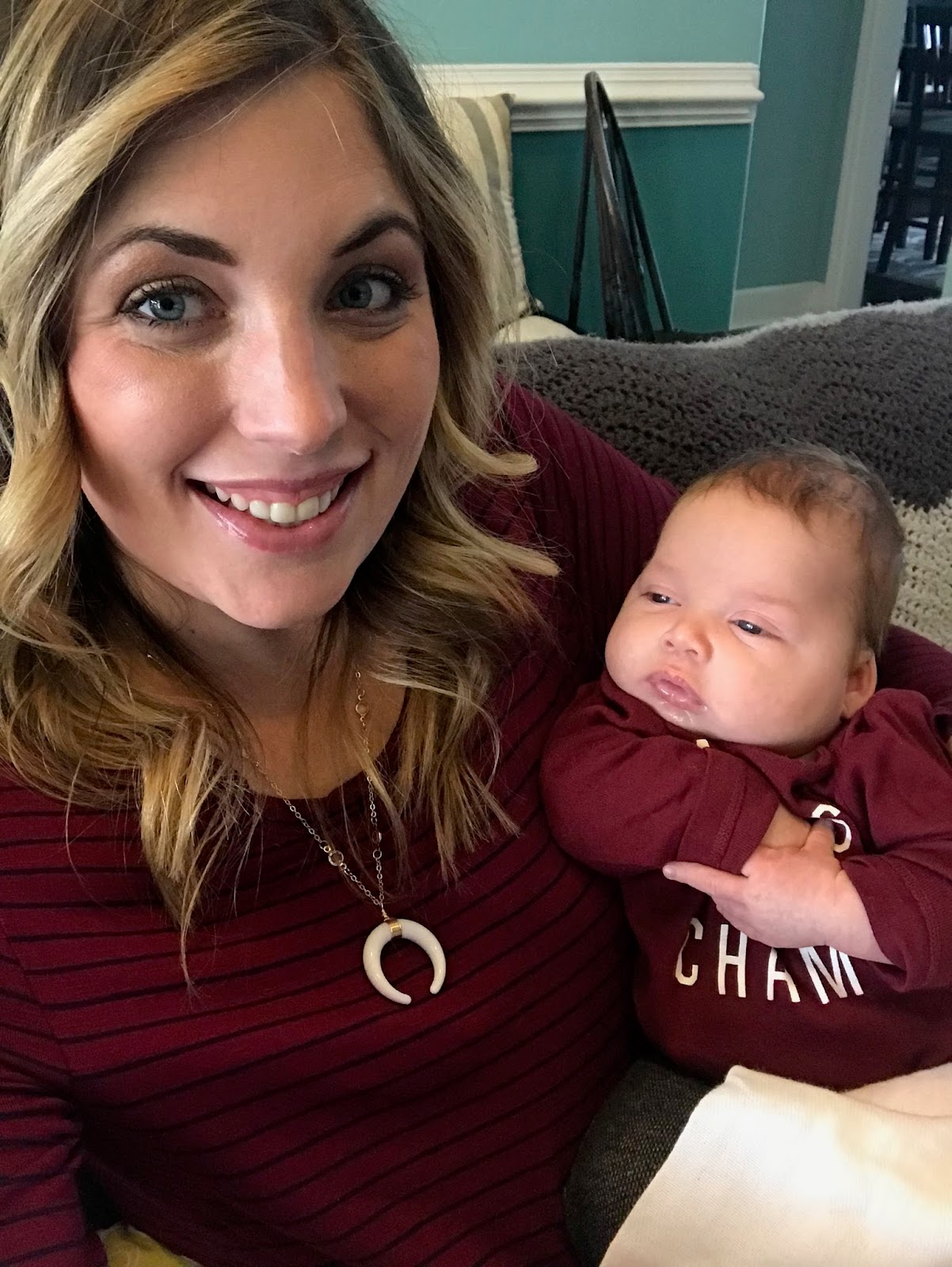 Visits: Aside from the case worker we didn’t have any actual visitors this week. But we did go visit someone else! Melody and I went to high school together and she was Casey’s roommate in college (such a “small world” type thing!). She came down to spend some time with Casey so Spear and I went over to Casey’s house one morning so I could meet Brooke, Melody’s daughter, and she could meet Spear! It was such a fun morning!!! 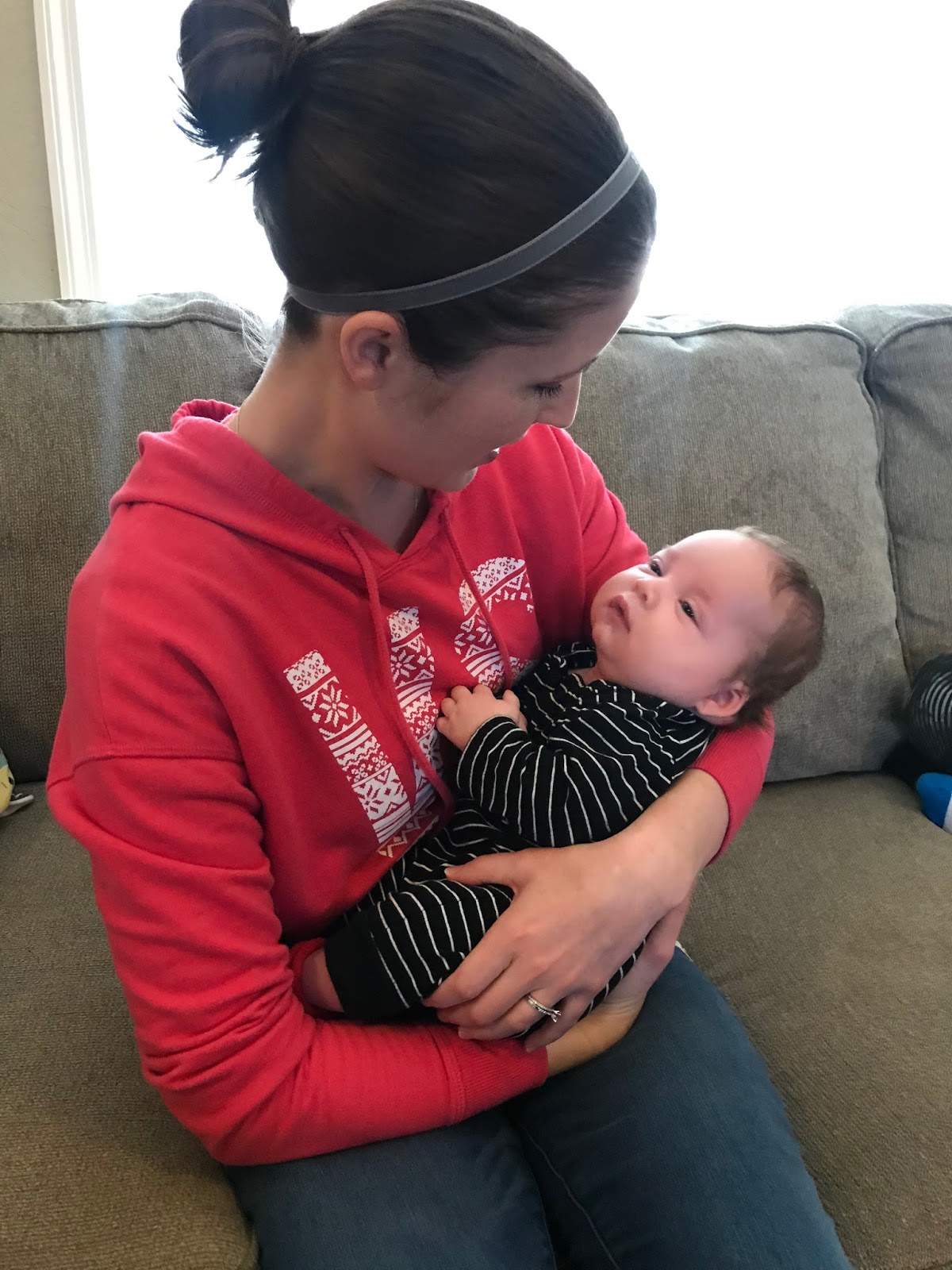 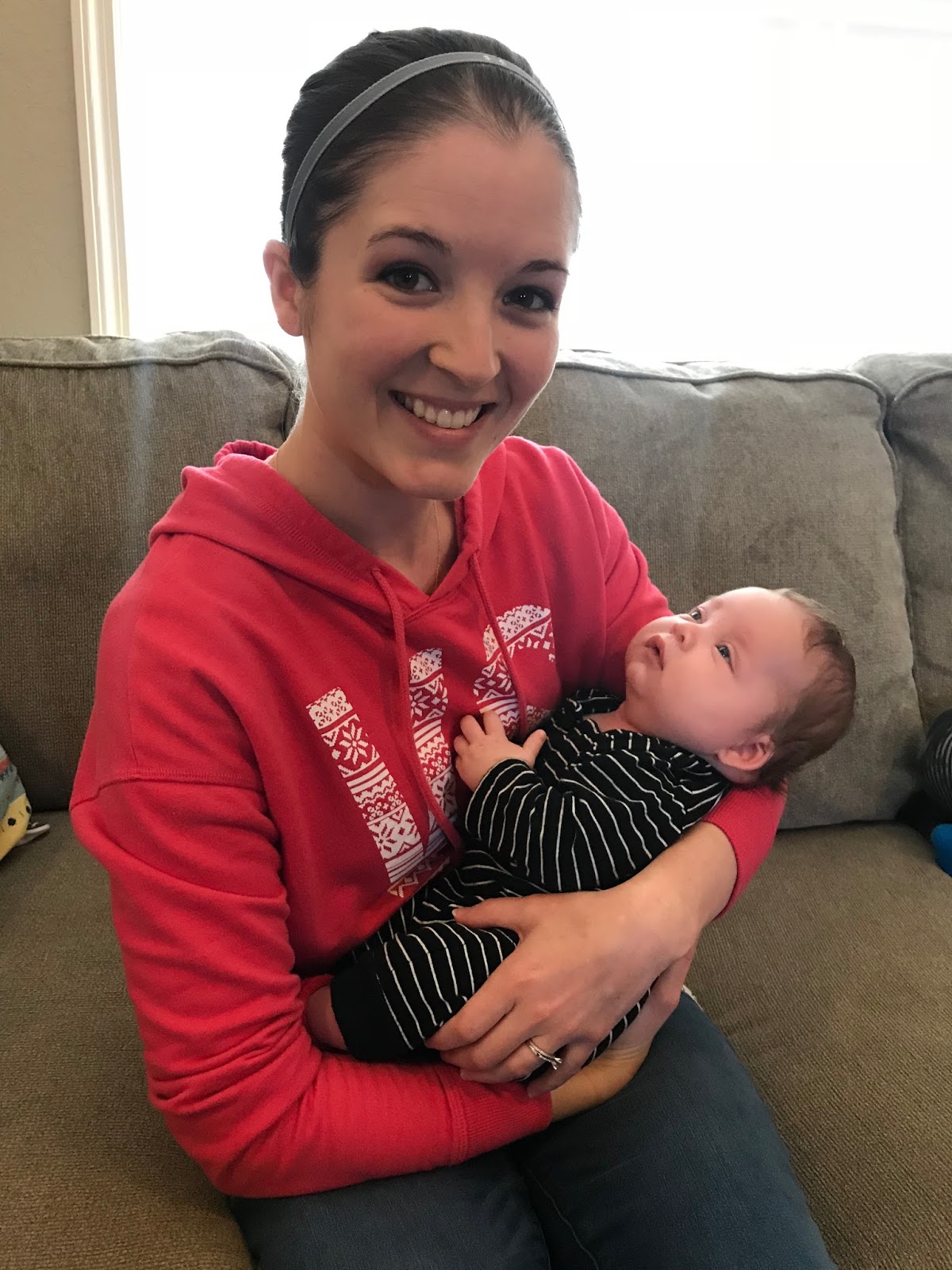 Siblings: Another week. Another lack of photos of Britt. I swear y’all she does love him! It makes me SO interested to see how she looks back on these days when she’s an adult. Because when Tess was born, Kye was around the same age Britt is now (a little younger) and he was ALL about Tess. But Britt just isn’t all about Spear. Which is FINE! She loves him and cares about him and I’m sure they’ll develop their own special bond, but maybe she’s just not a baby person?

Lucky for Spear he’s got plenty of siblings to dote on him ha! 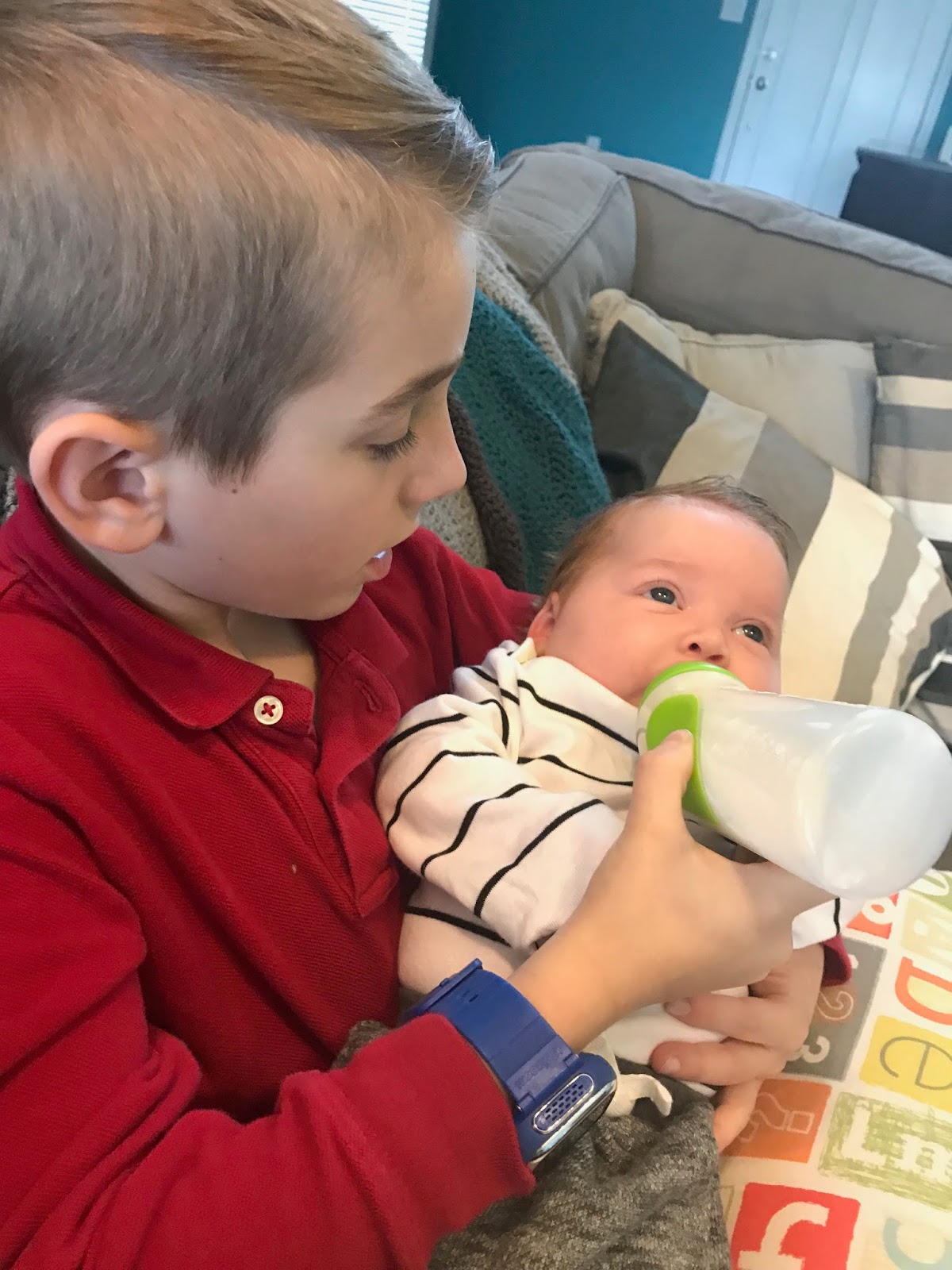 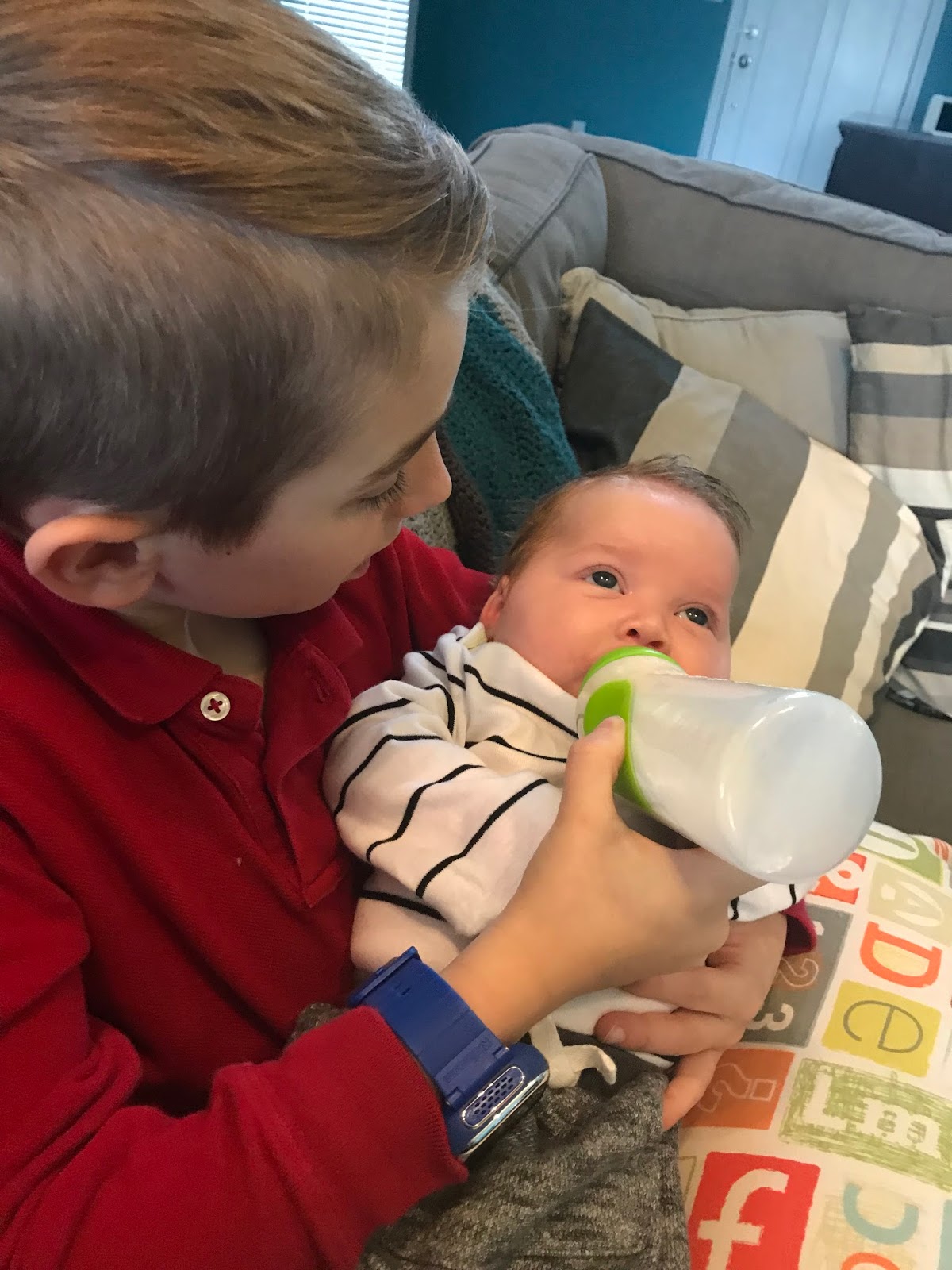 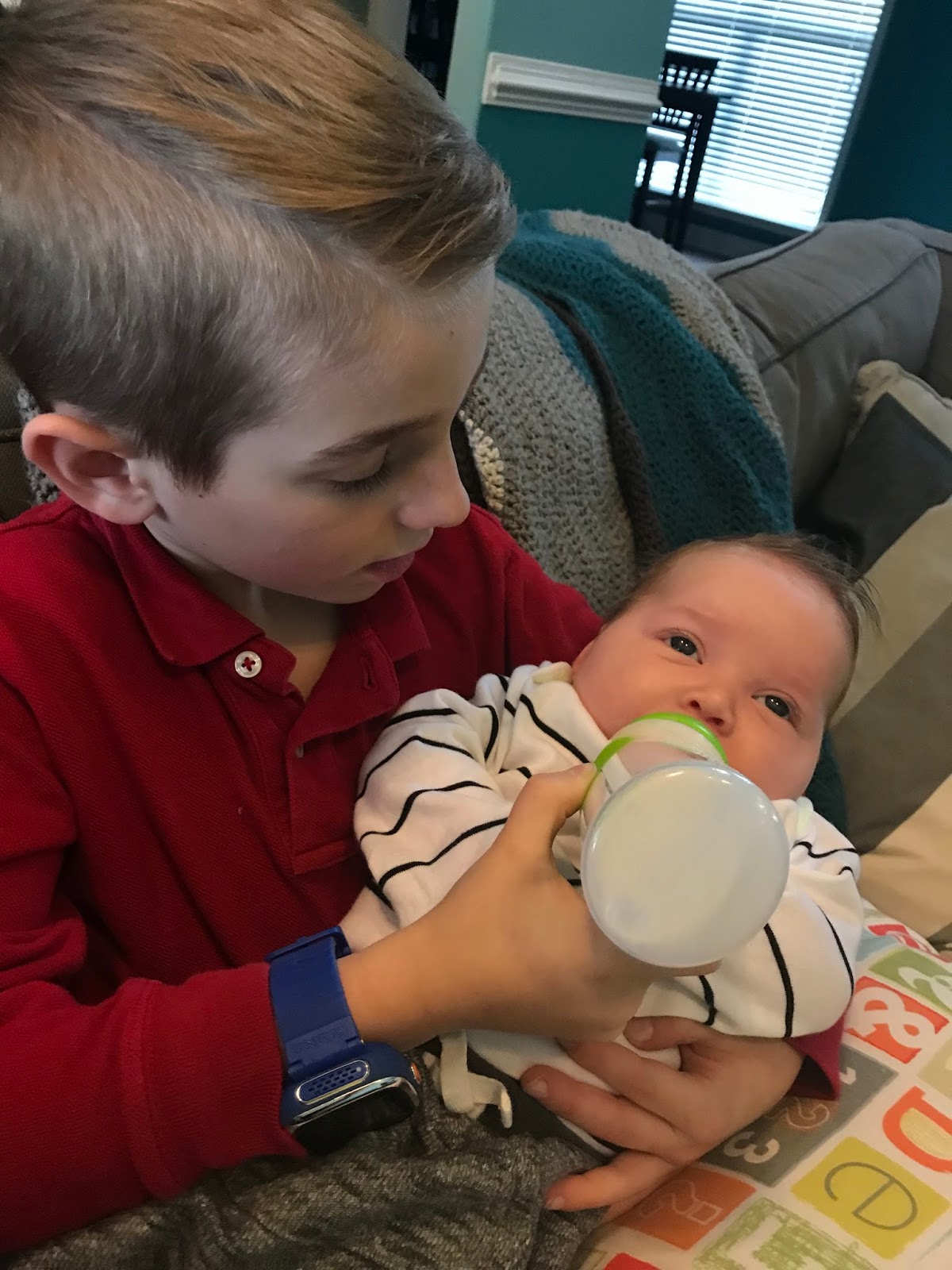 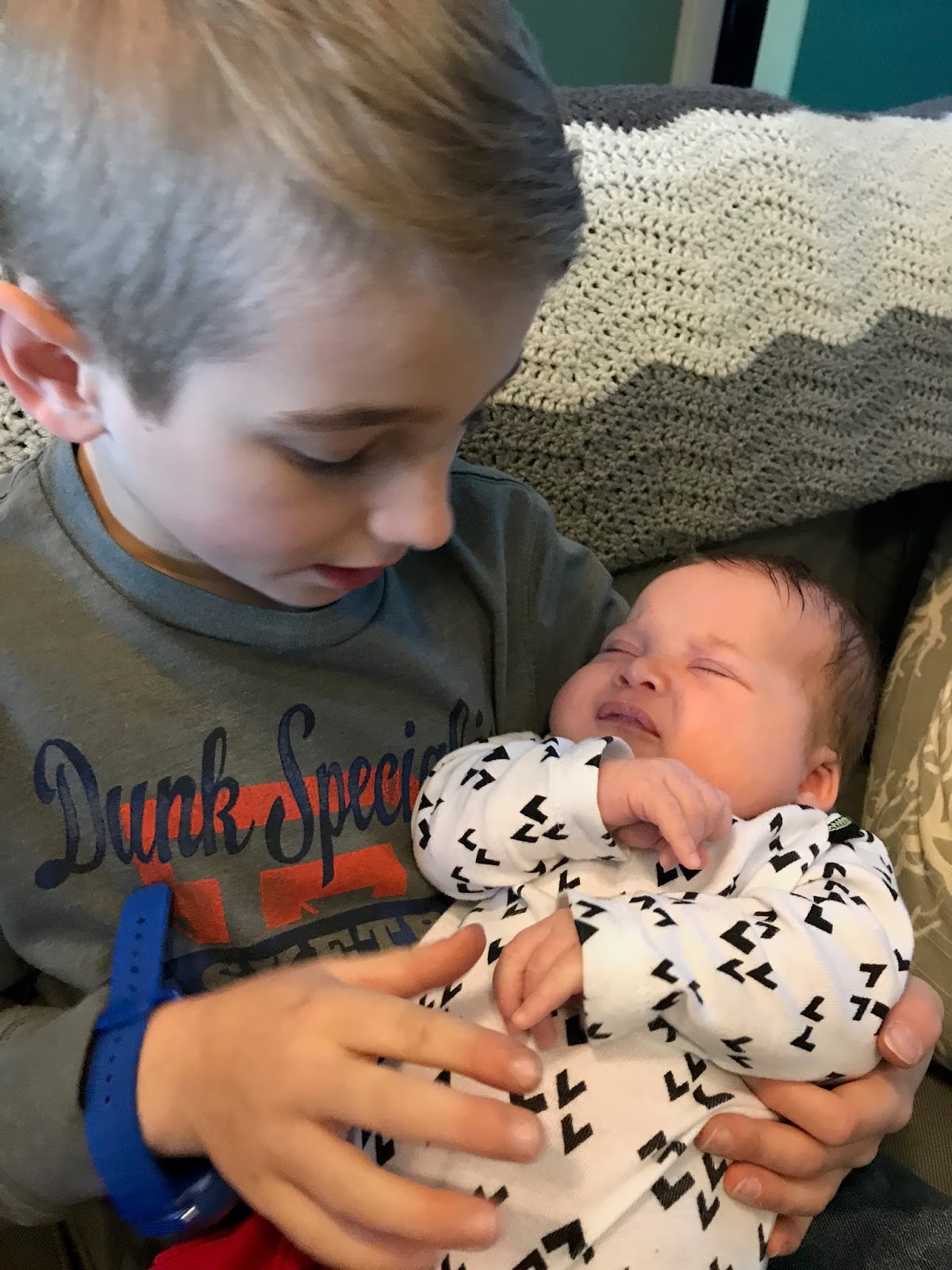 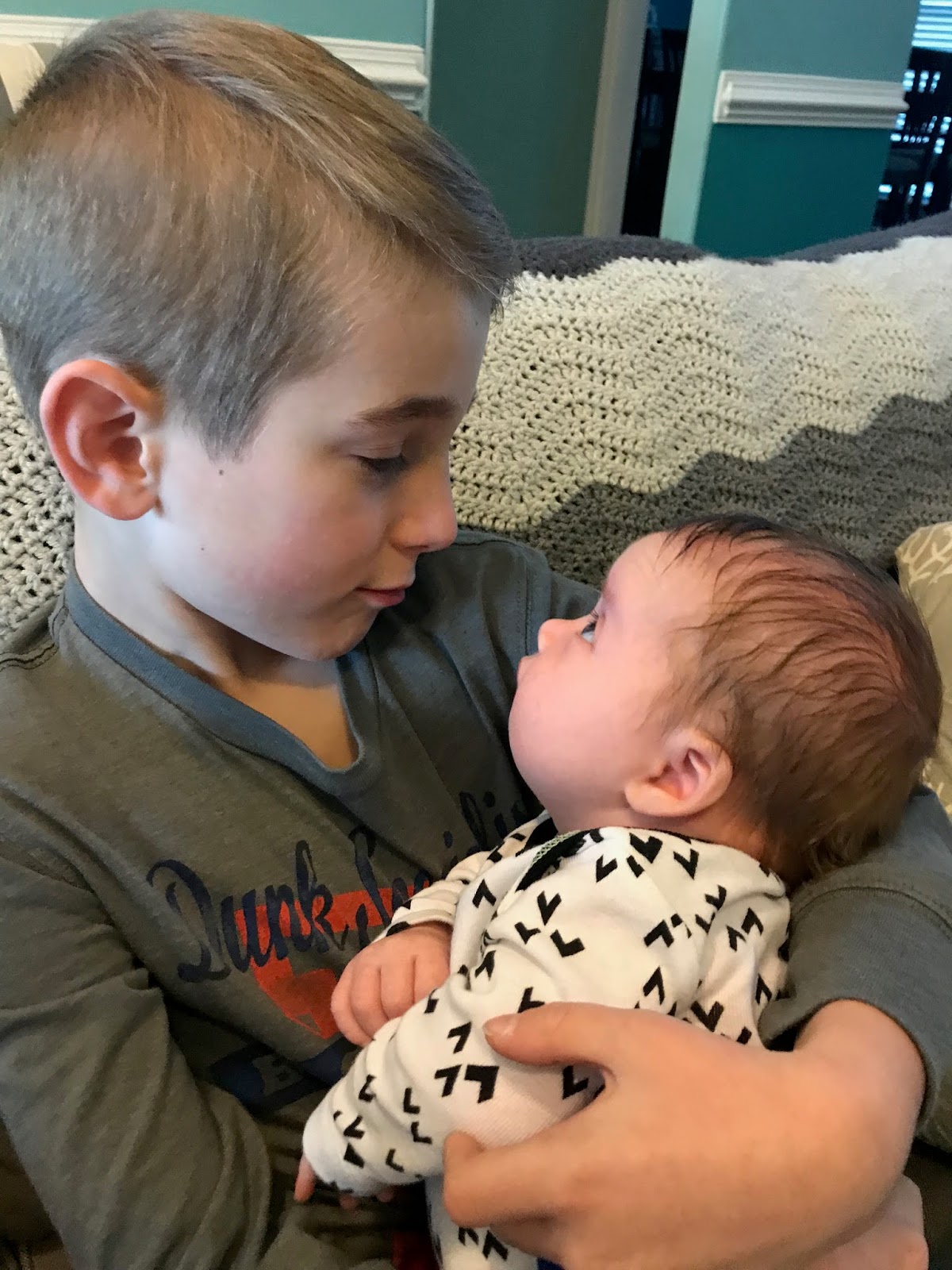 Tessie likes for Spear to tuck her in at nap time 🙂 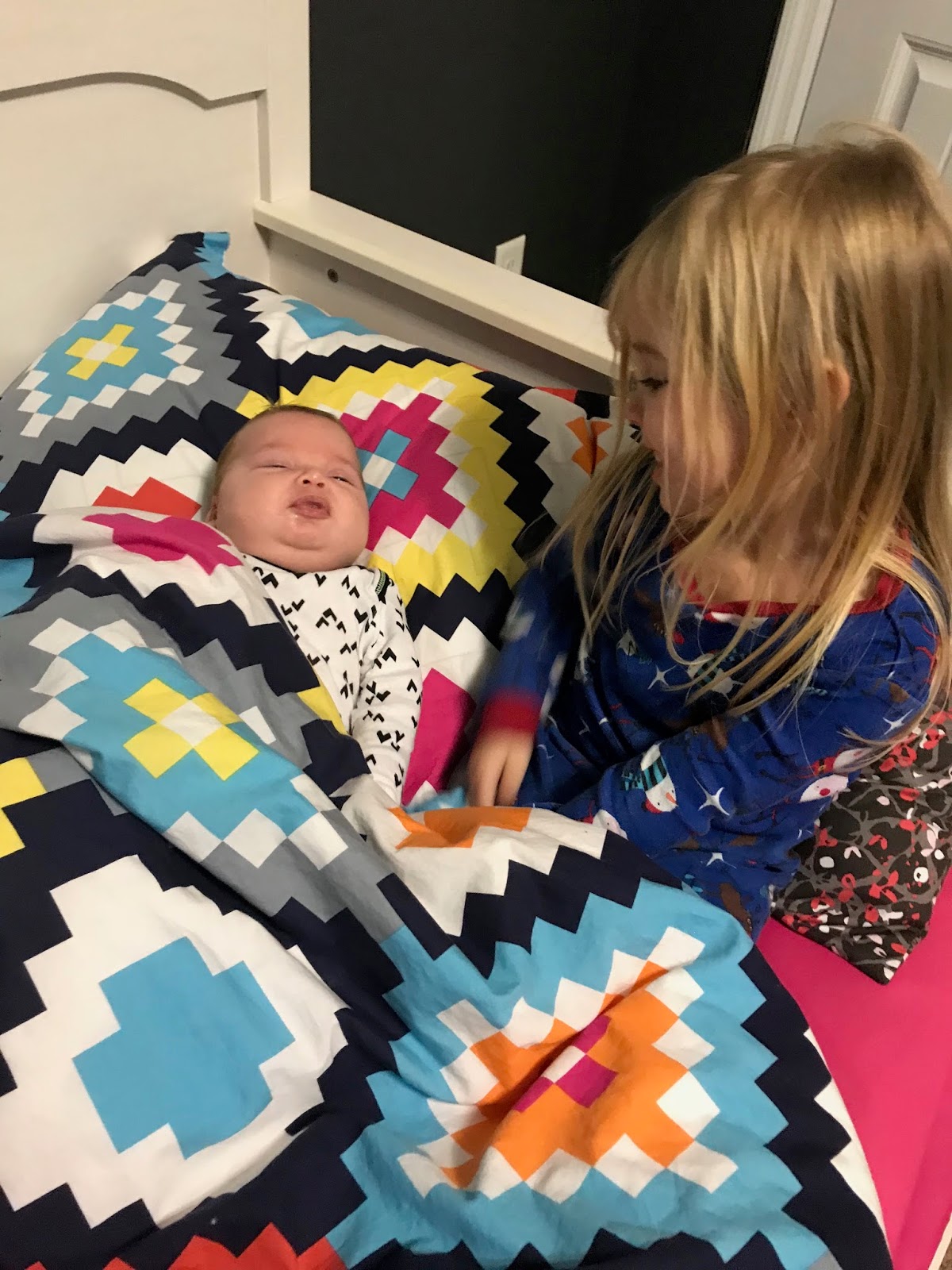 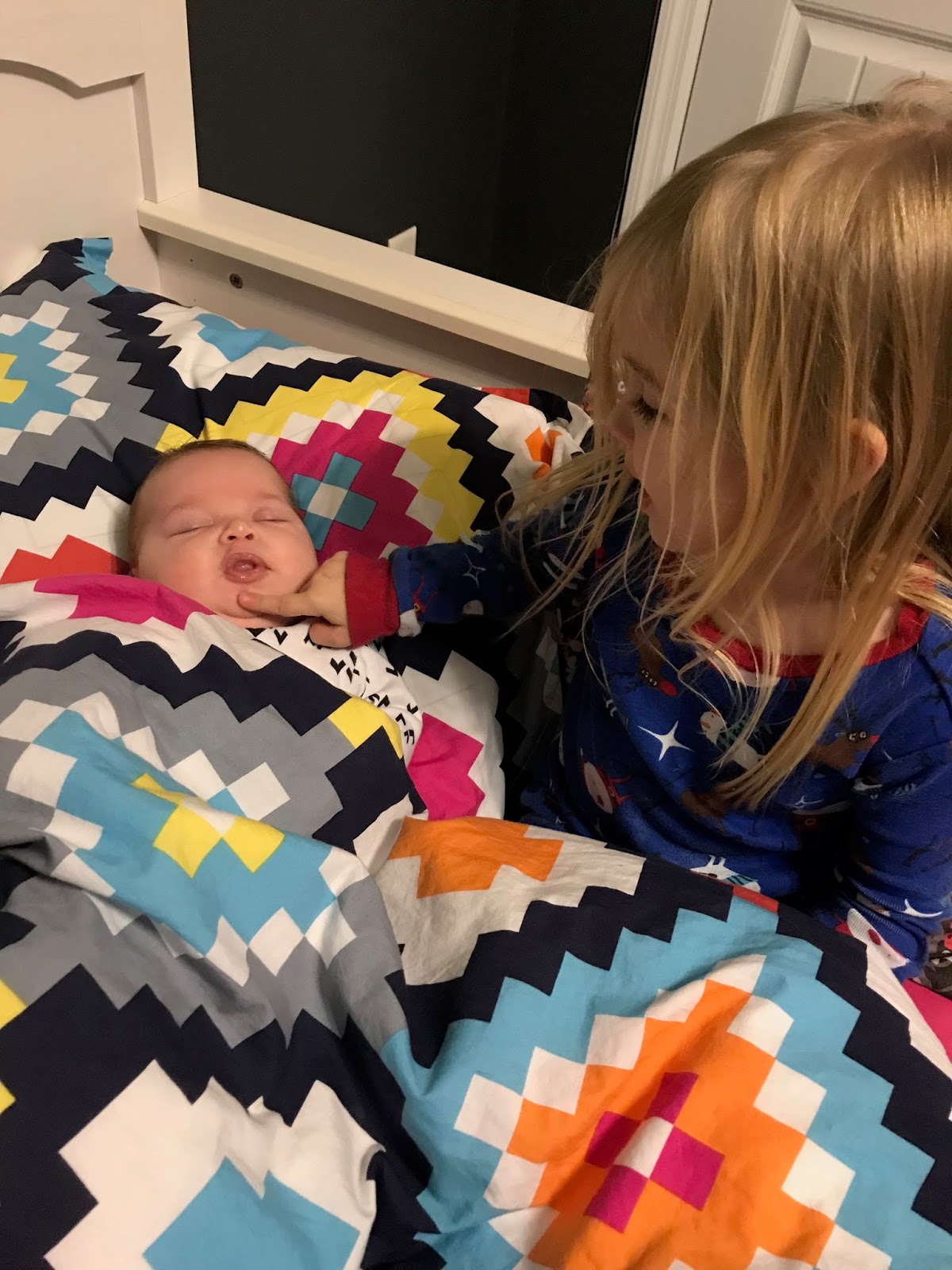 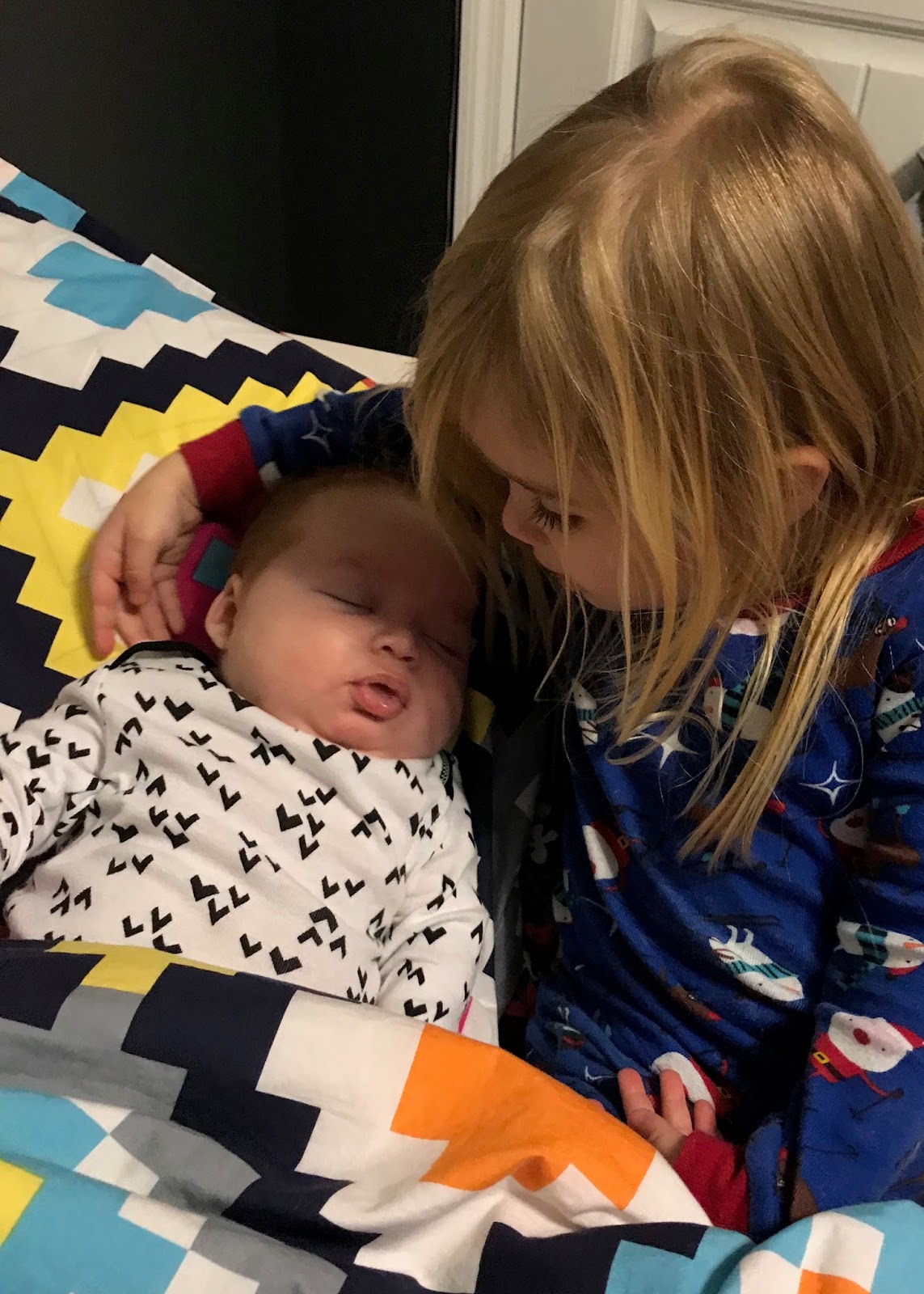 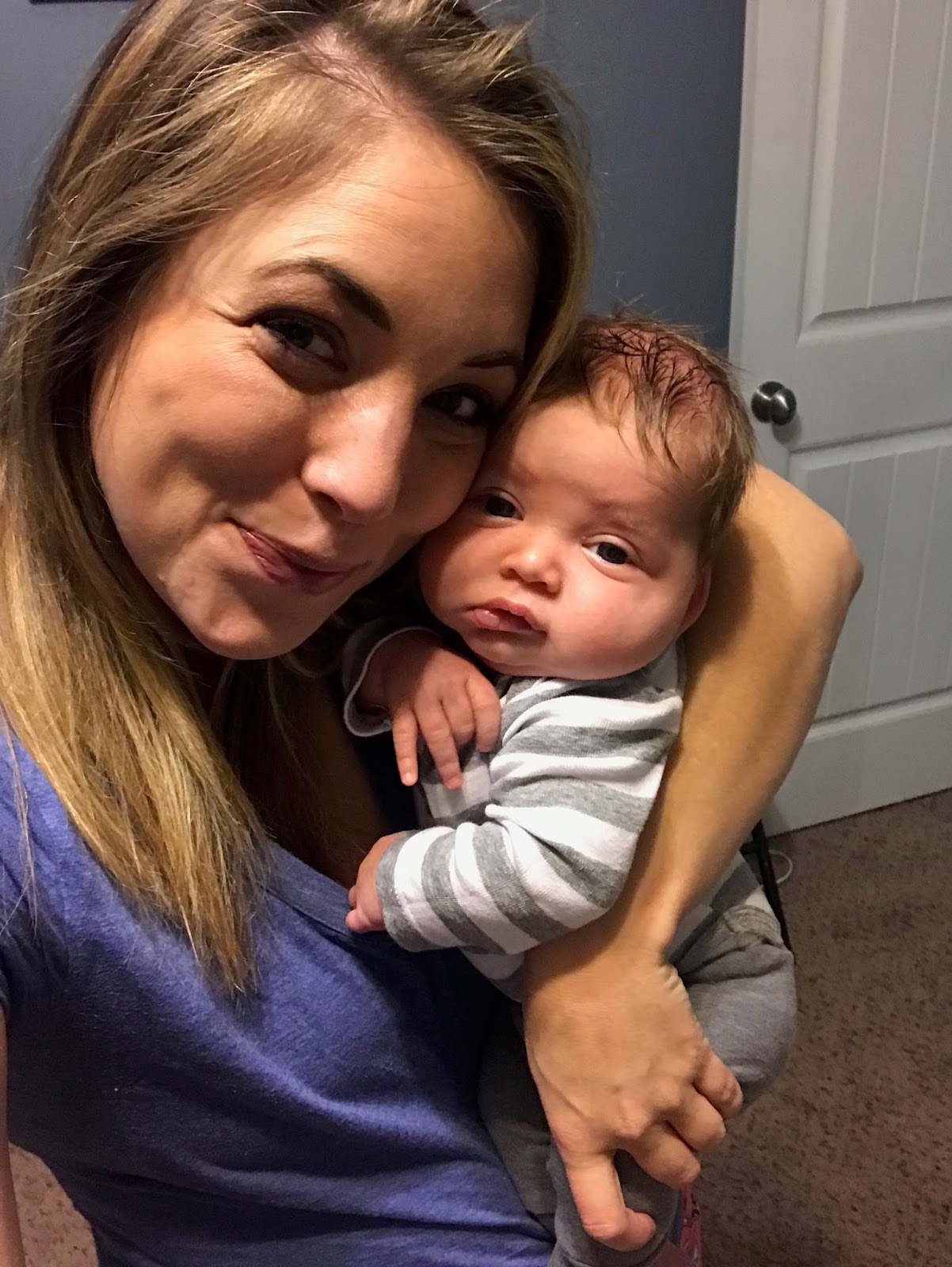 Kye (Spear has multiple sneezes just like Kye did!)

Britt (I feel like Spear has a good bit of hair but man my girls had a LOT!)

Not a whole lot of picture taking this week! 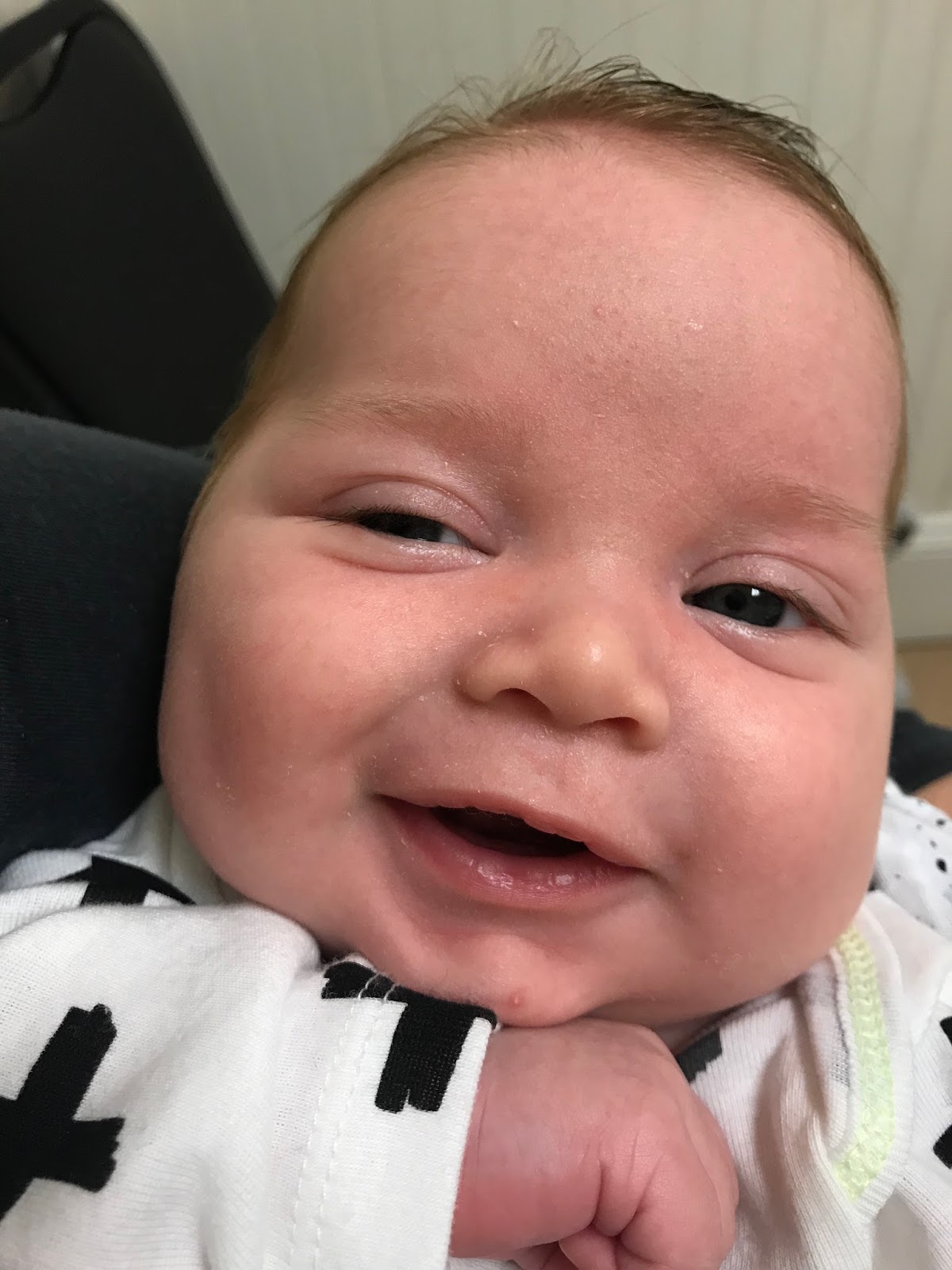