This is a summary of Spear’s 10th week of life from Friday February 2nd through Thursday February 8th. He was 9 weeks old during this week! 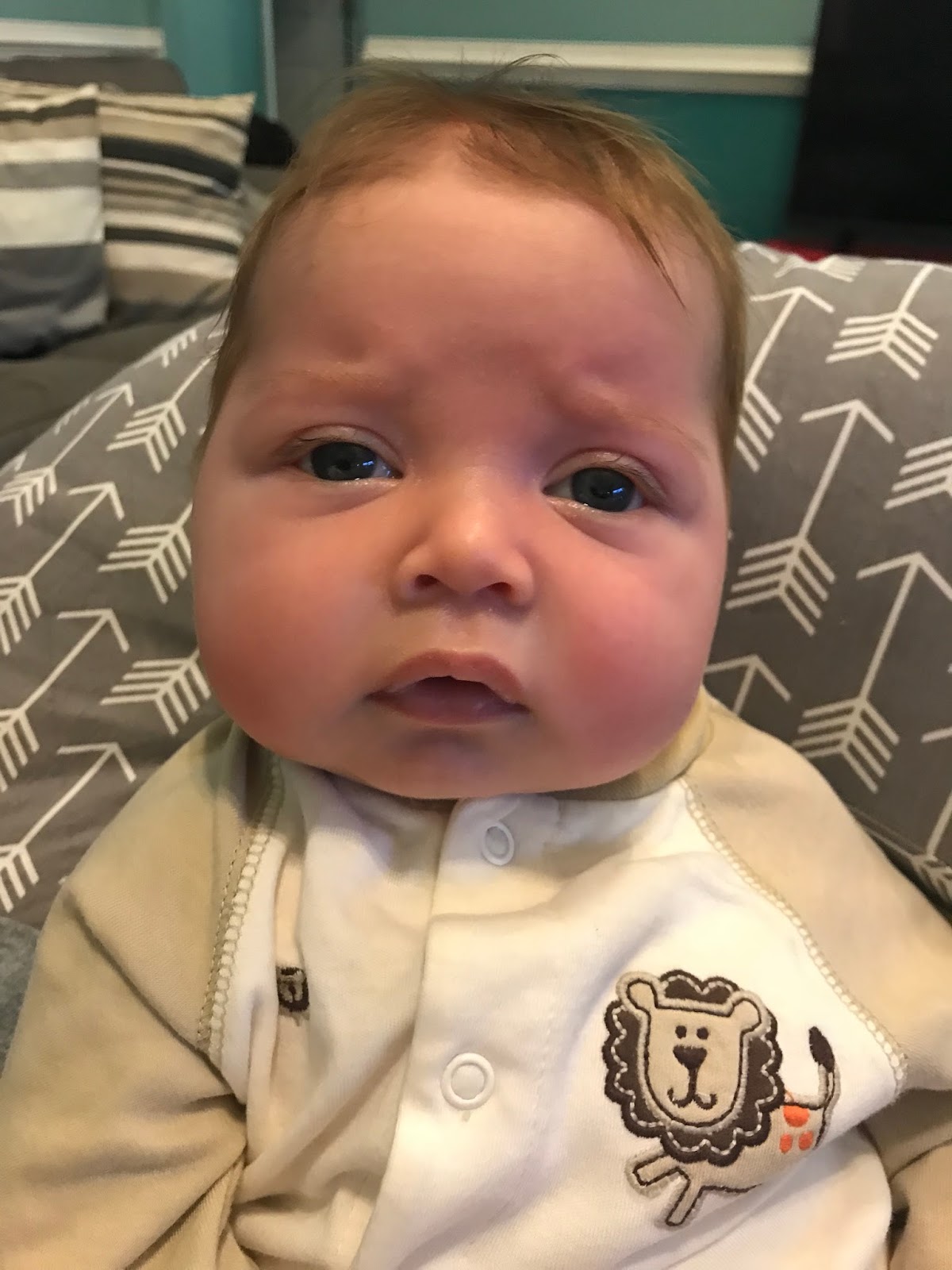 This will be a very brief summary because Zach, Kye, Britt, Tess and I went to Disney and Spear stayed with Big Papa and G-Mama! I think it’s SO important for our kids to all bond with extended family and I know how much Zach’s parents savor that quality time with each baby when we travel.

Spear didn’t have the chance to bond with each of us while in the womb so we’ve really taken a lot of time to make sure he gets the chance to truly bond with everyone, especially focused on the “regulars” in his life. Even adoption aside, Zach and I like to plan a trip away from baby when each child is pretty young in order to help them be flexible in staying with Zach’s parents and in preventing any separation anxiety type issues.

Spear’s defiantly been the “easiest to leave” since he’s bottle fed! Tess had bottle rejection like something fierce so it’s been SO nice that everyone can feed Spear and enjoy that time with him without any stress or worry!

He did GREAT for Zach’s parents. No issues or hiccups and I loved getting the picture updates from them!

Mrs Charlotte is always awesome about following our schedules and plans and I do think she’d tell you that I’ve been better about being more flexible about things as I’ve added more kids. I wrote out everything we do with Spear, but told her to do whatever she felt comfortable doing! 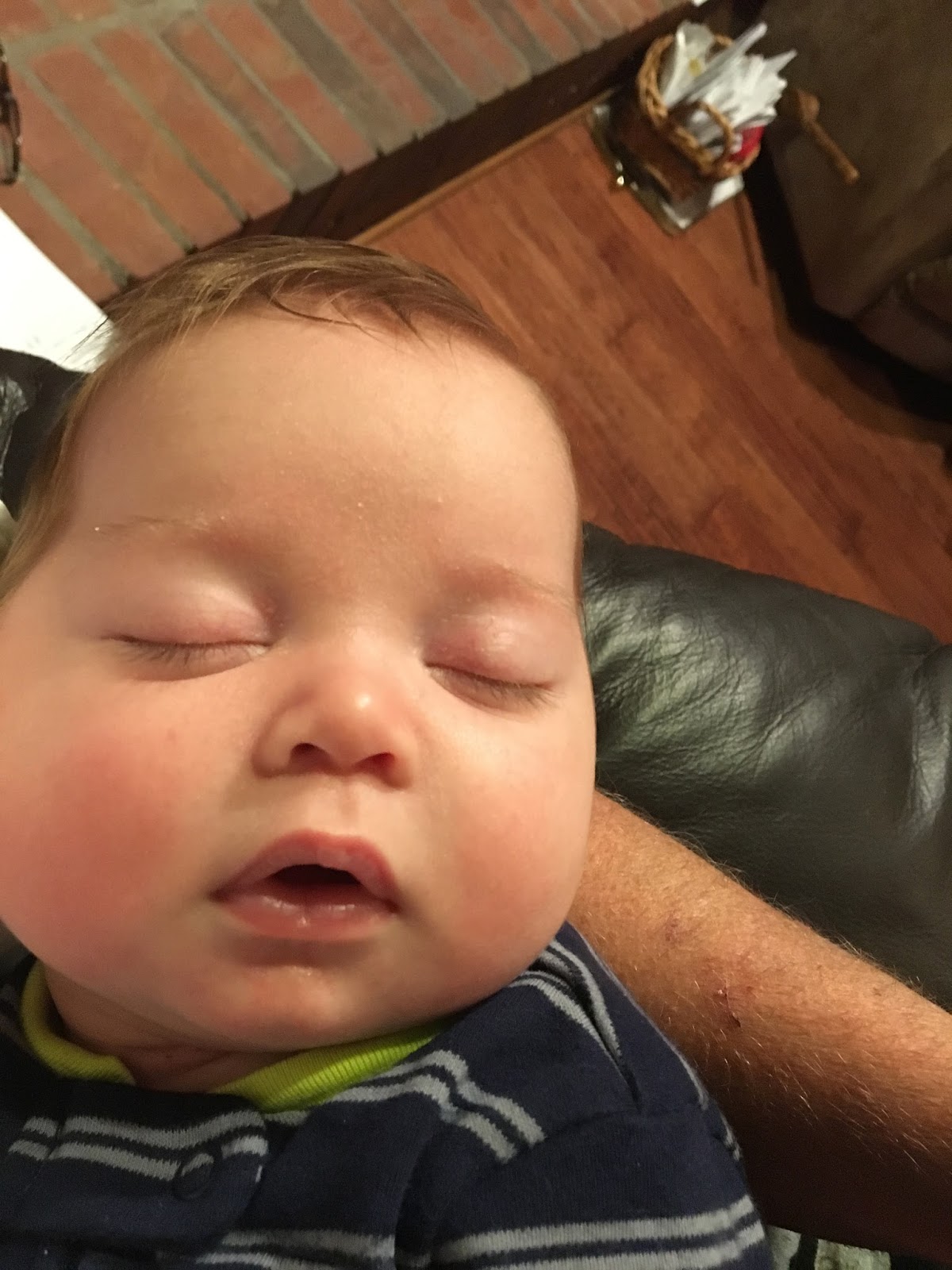 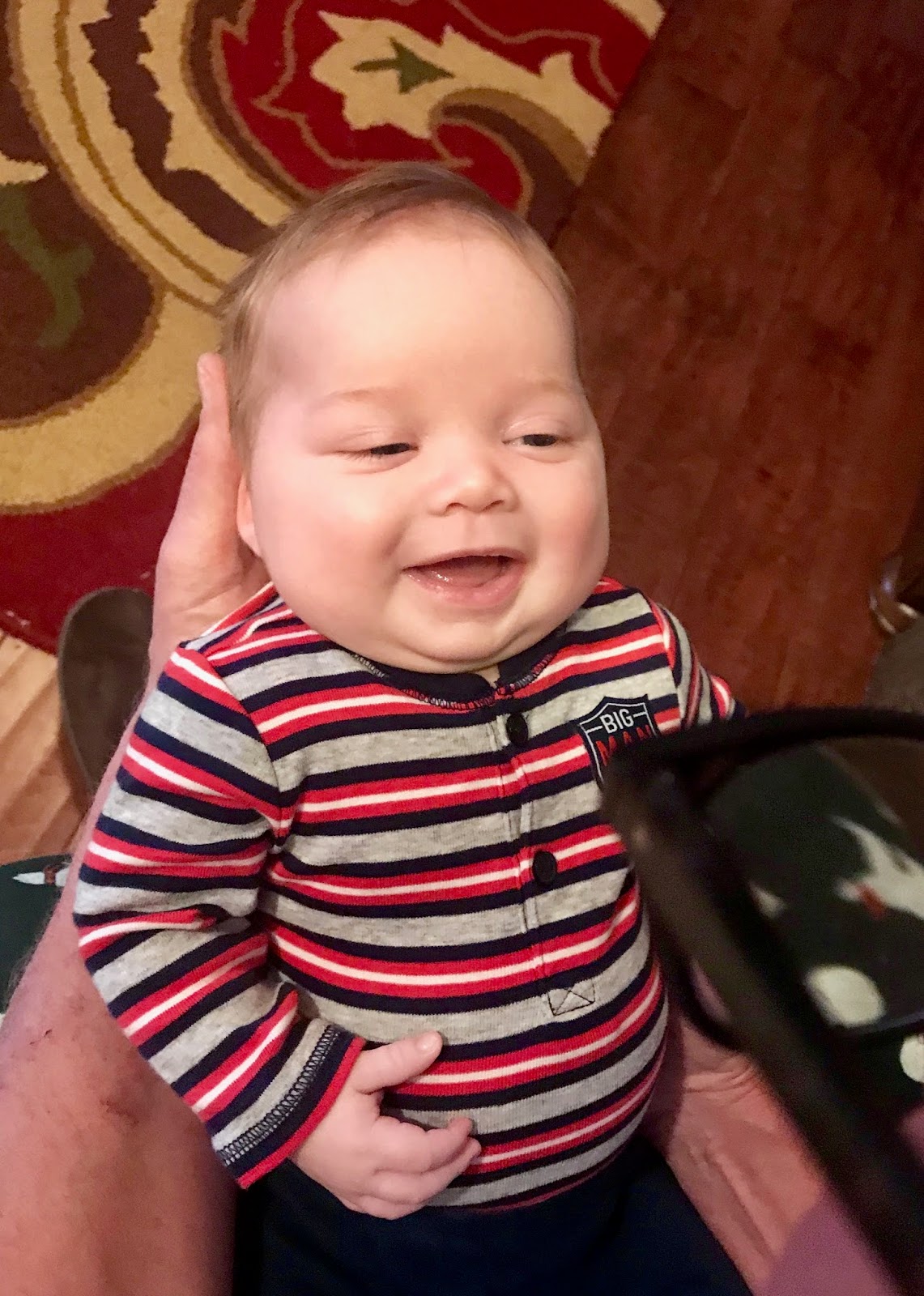 Feeding: As I already mentioned Spear did awesome with Big Papa and G-Mama and ate great and had no issues at all! For a traveling mama bottle feeding is SUCH a blessing. I remember the first time I left Tess to go to Hawaii (she was also 10 weeks old) I had a BREAK DOWN because she refused to take the bottle and I stressed and stressed about leaving her. While I missed Spear and had a hard time emotionally leaving him, I didn’t worry AT ALL about him eating which was such a huge sigh of relief! 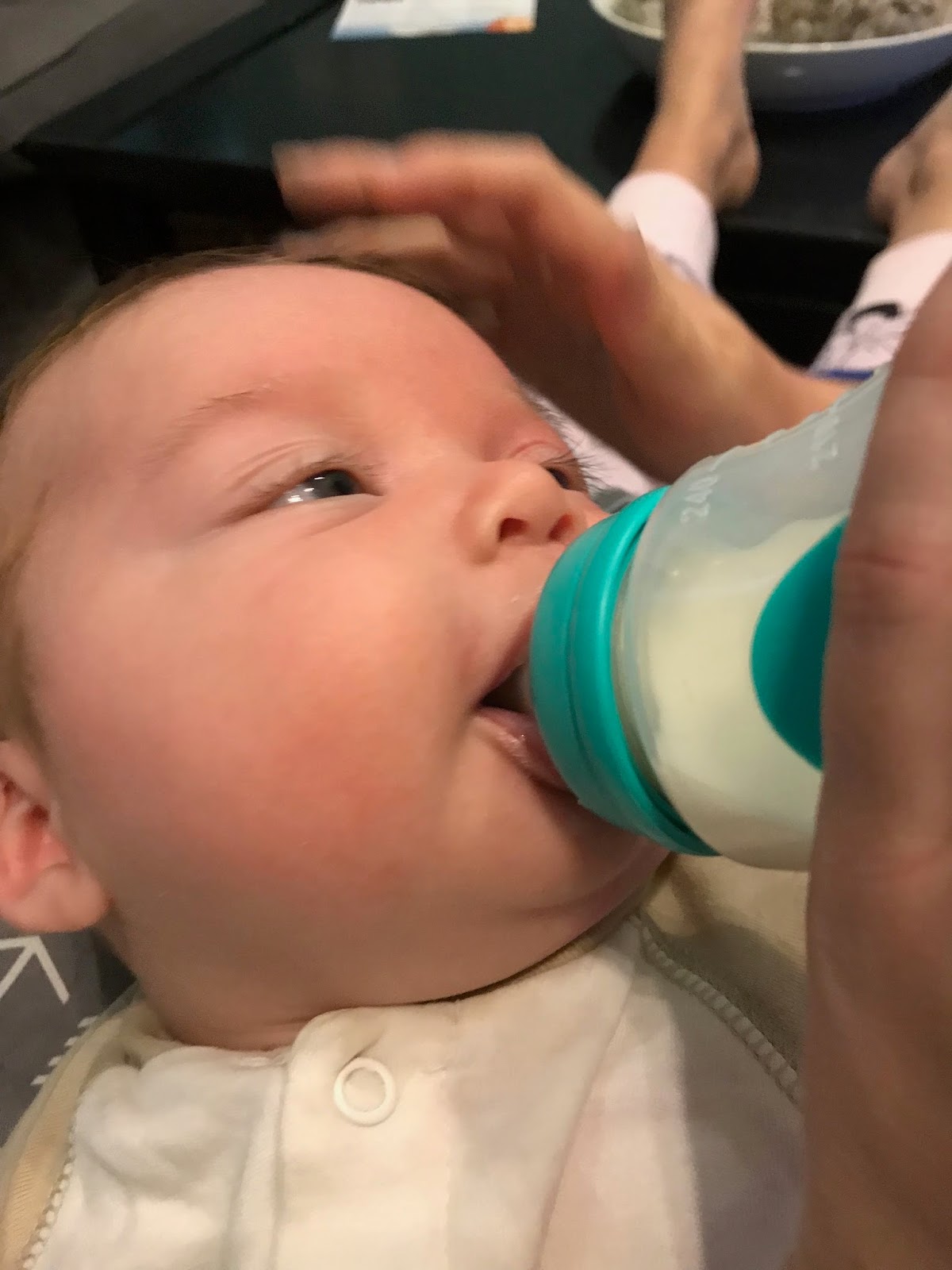 Sleep: Still not sleeping through the night. Boo. I felt SO BAD leaving him with him not sleeping fully at night yet. I hated for Mrs Charlotte to have to get up with him and deal with it but she was SO sweet about it. It was super funny because the first night SHE WOKE HIM UP to feed him at like 2:30 in the morning haha I was like nooooo let him sleeeeep. But she’s such a hardcore “rule follower” that since I didn’t write it in my notes to let him sleep, she woke him up ha!

While Spear may not have been sleeping through the night…the few nights away at Disney meant I got to sleep through the night for a change! It was AMAZING. Even with the later nights and early mornings that Disney brings I still got SO MUCH REST! 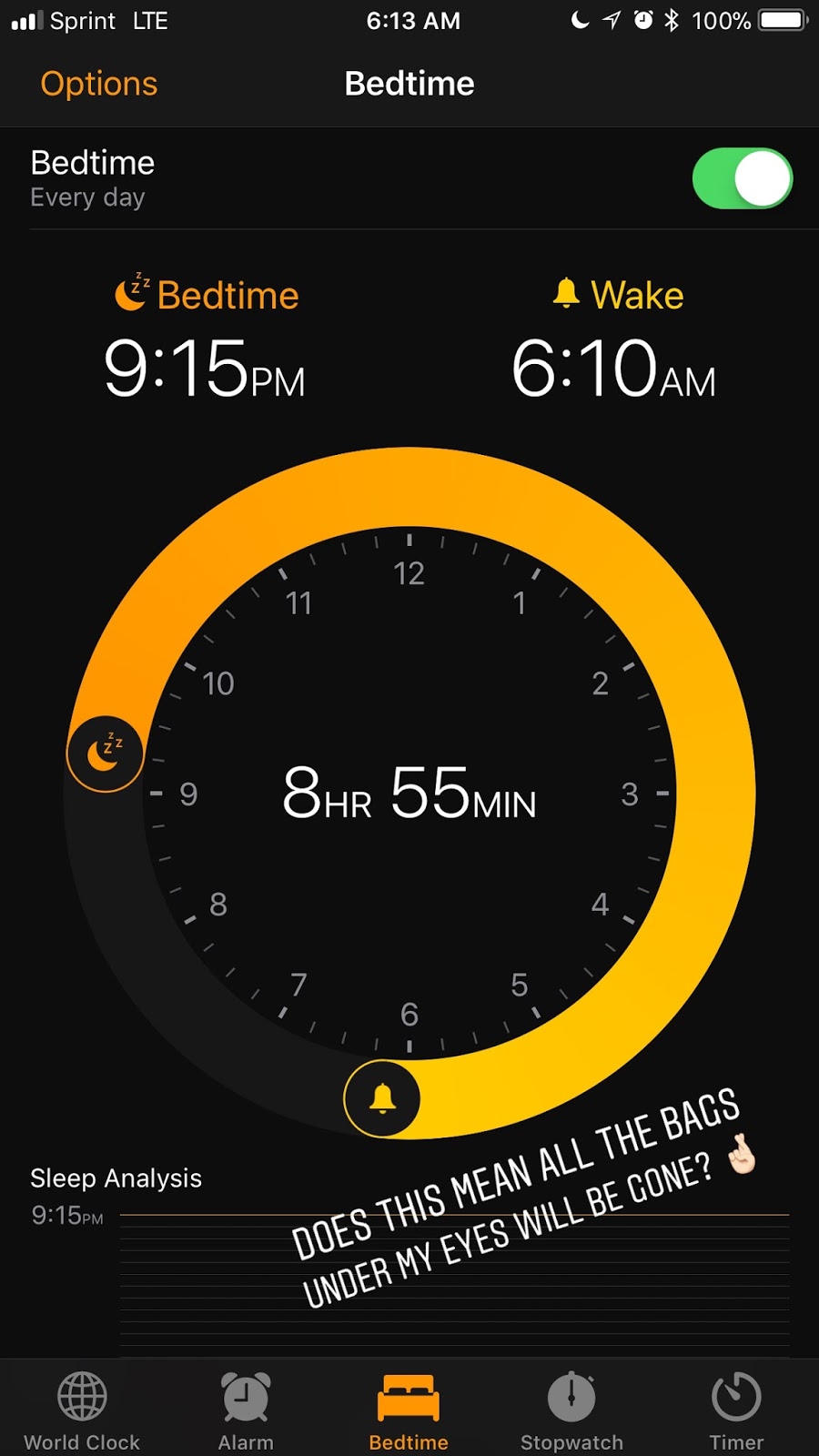 When I got back I could tell we were getting close to the golden solid sleep 😉 I started trying to hold him off from eating by moving him to the swing as soon as he fussed. He would fuss at 2-3 am and I’d put him in the swing and he’d sleep solid until the 6:00 hour! HUGE progress! While he wasn’t sleeping solid at night yet…he was able to go all night without that middle of the night feeding so it was a WIN! 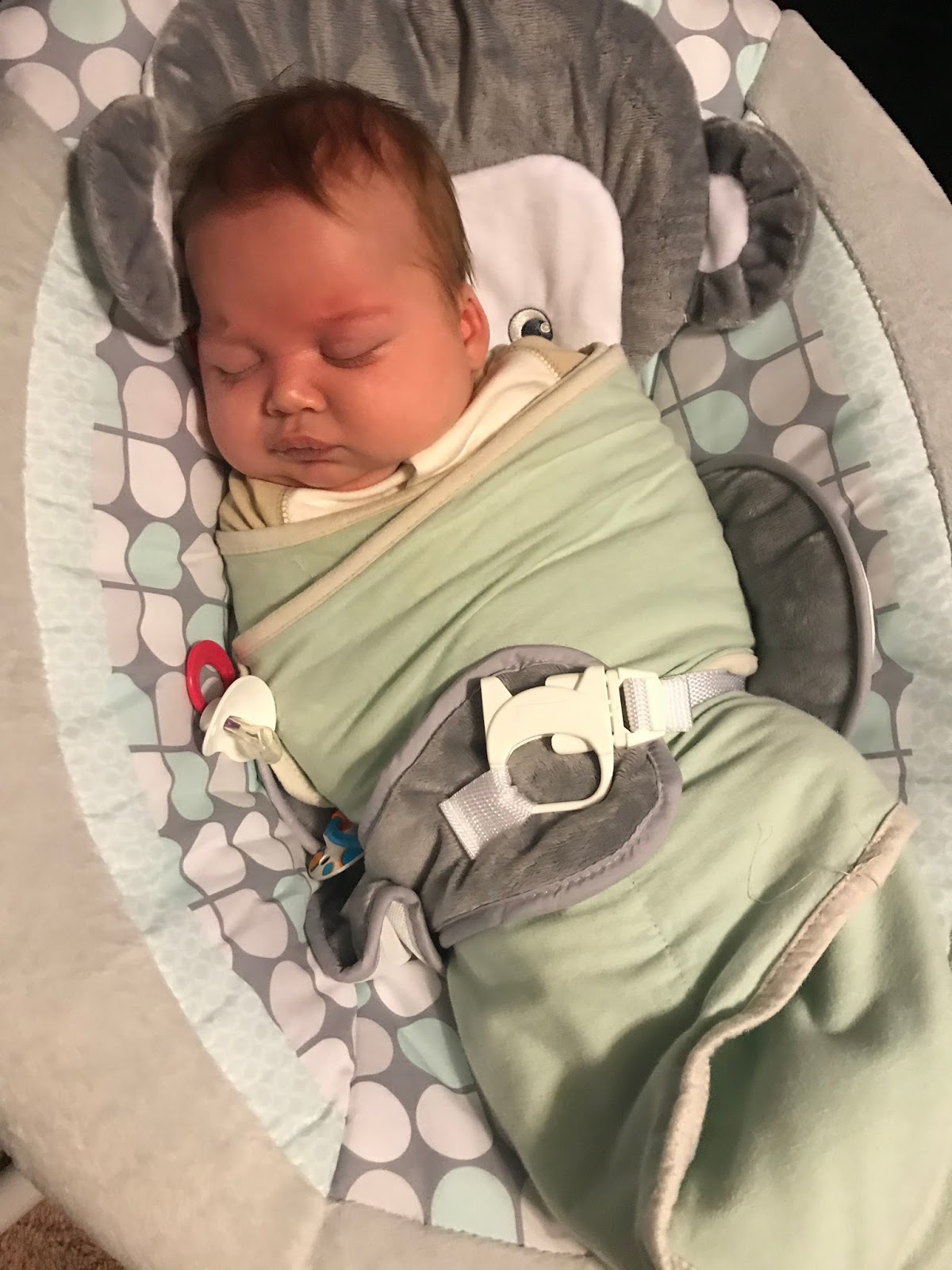 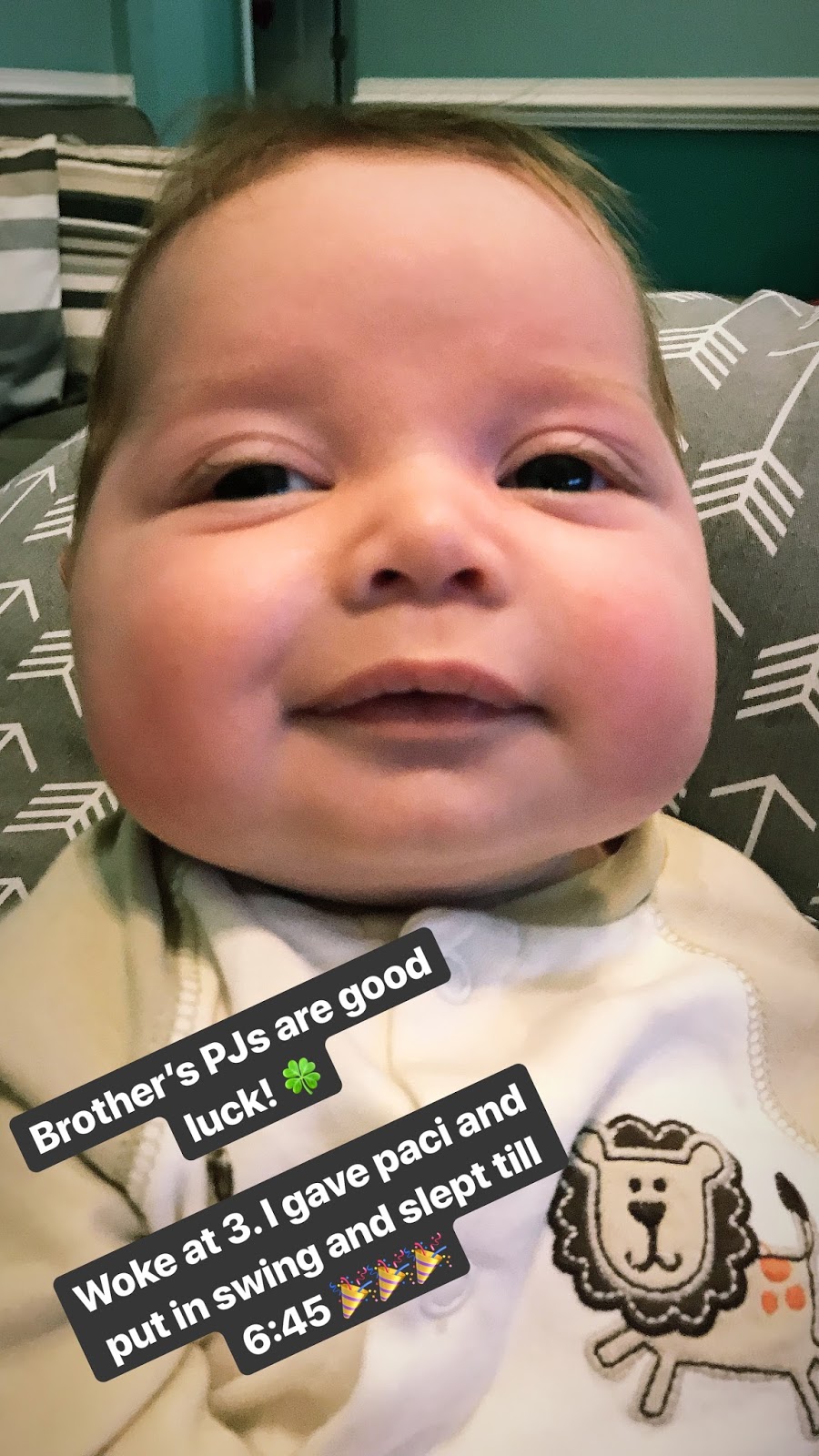 Other Things with Spear this Week: It’s so funny because I remember vividly getting home from Paris and Kye almost immediately rolling over for the first time and I’ve always assumed he really rolled over while we were out of town but my mom didn’t want to tell us.

Almost the exact same thing happened with Spear! We got home from Disney and I was unpacking everything. I put Spear on tummy time and turned to put some of his socks away and BAM looked back at him and he had rolled over! I didn’t actually see him do it but he was SO PROUD! 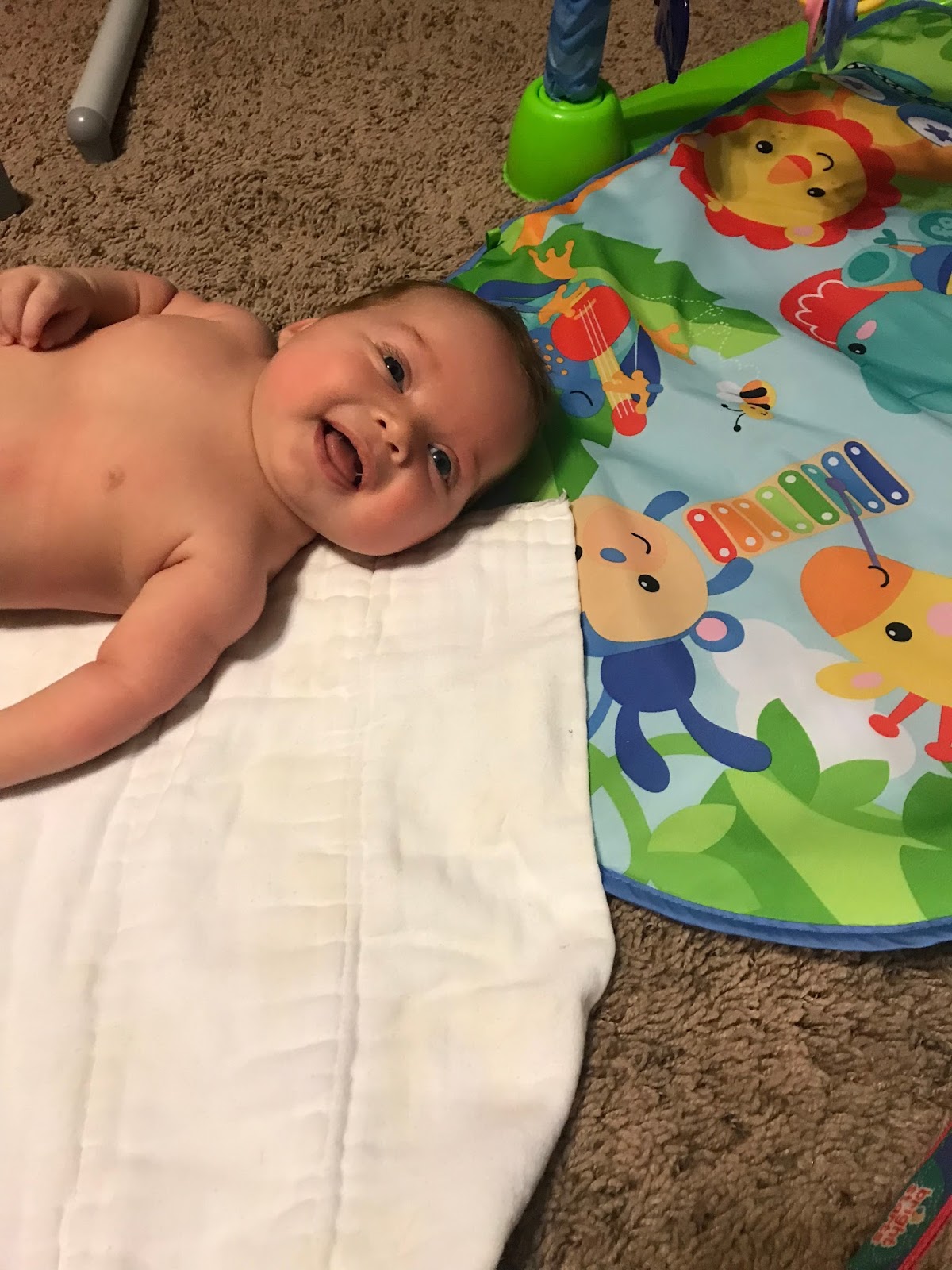 Rolled over for first time on Feb 6th! 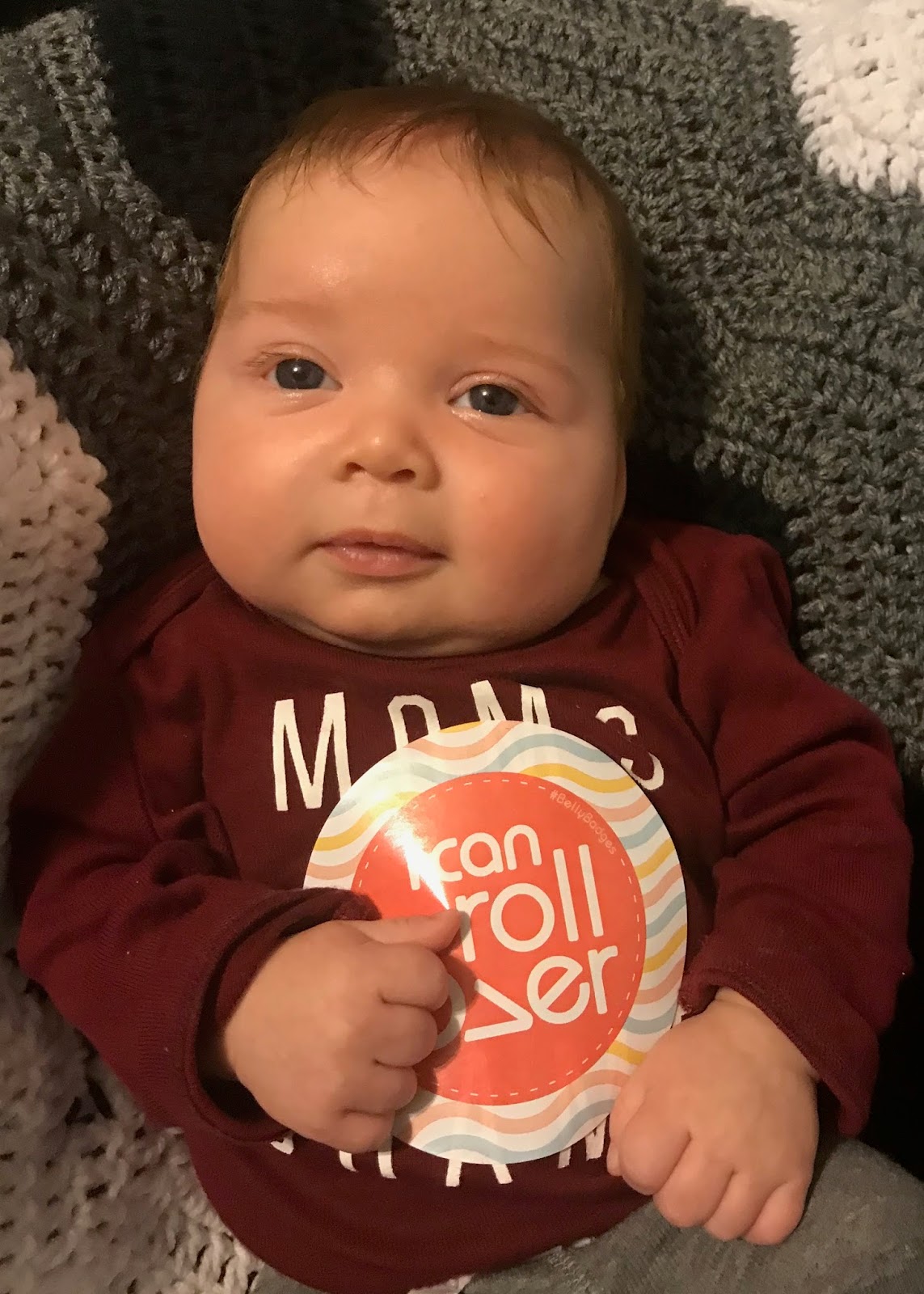 I’ve been trying to make sure to take Spear out and about on occasion to keep him flexible and to use my Lillebaby to keep him well adjusted to baby wearing! We had a run to the mall to check out the deals at our Hallmark and I loved kissing that sweet head 🙂 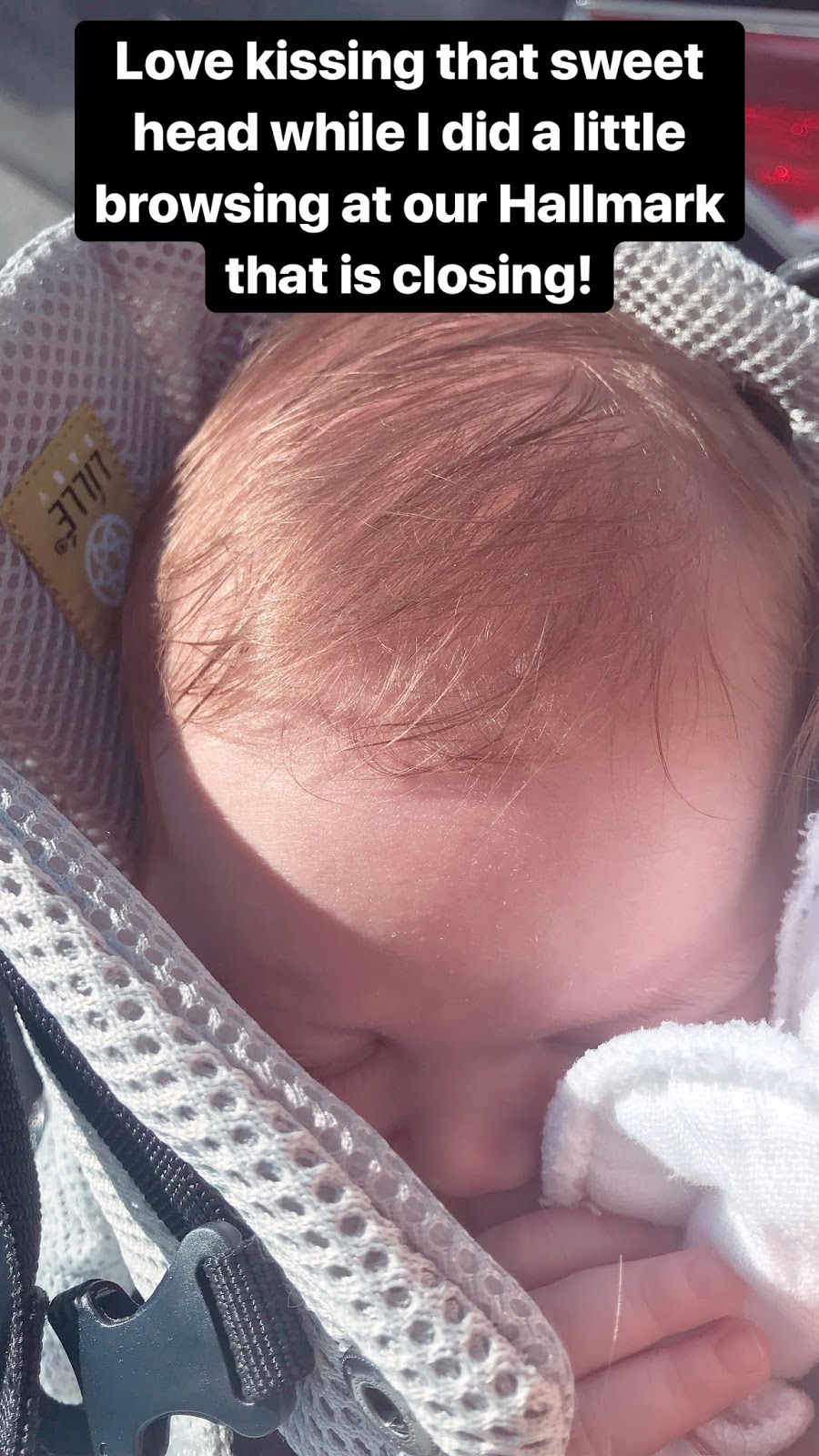 My sweet childhood friend Claire (and her husband too of course) sent this precious onesie for Spear! 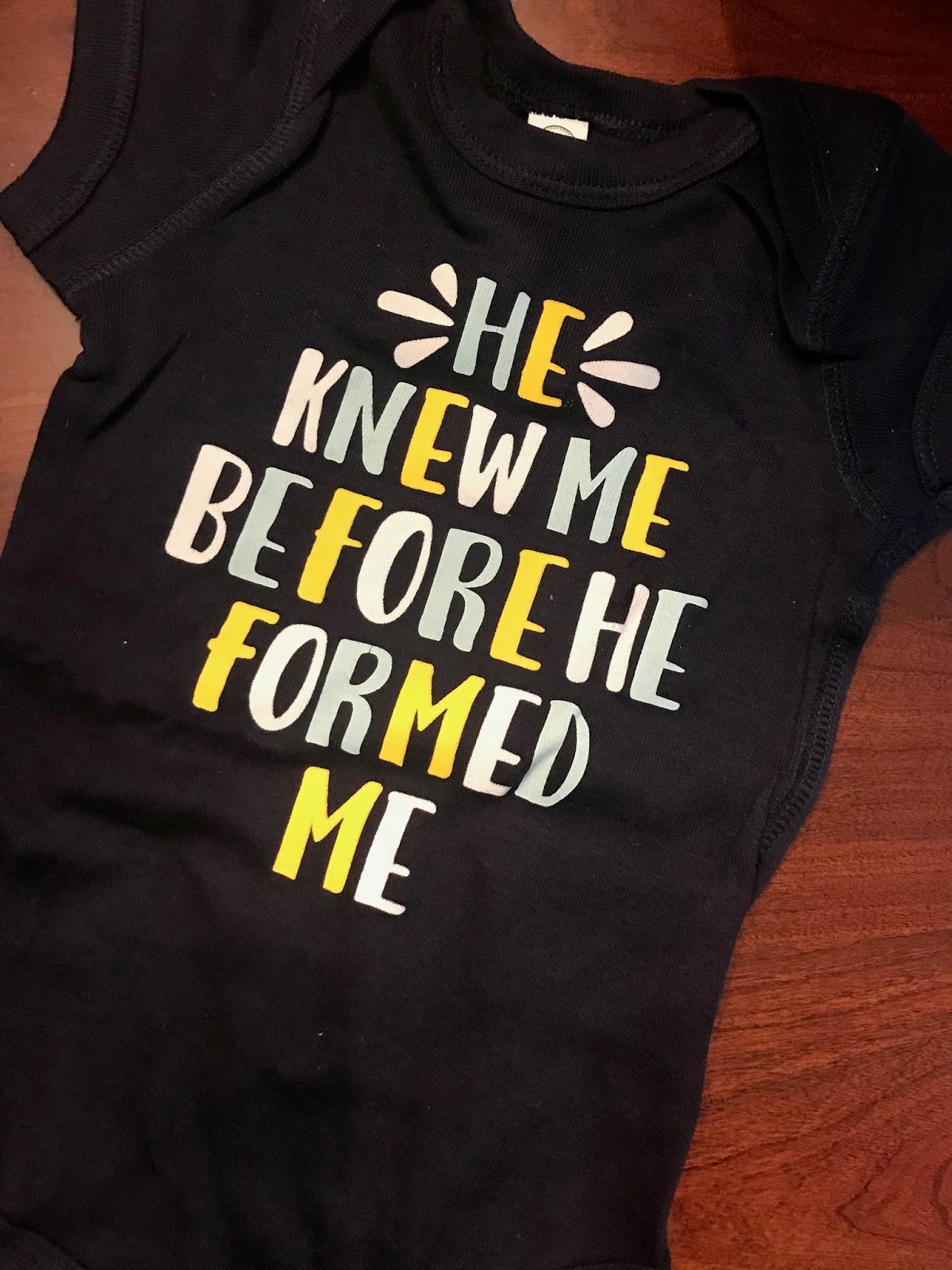 And a friend I’ve met through blogging (Kristen at Bollingwith5) sent all these thoughtful goodies! 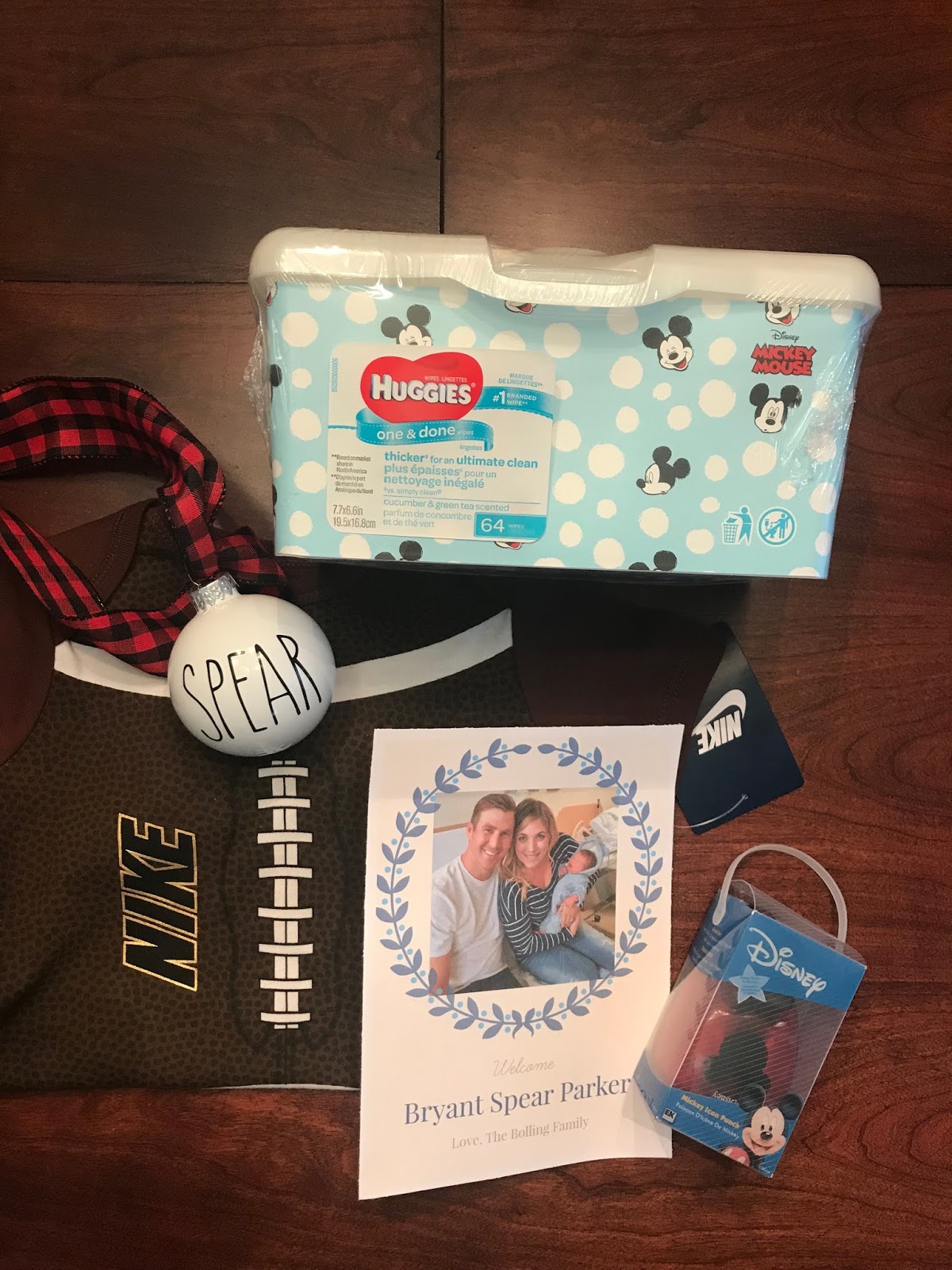 Siblings: Spear was so happy to have us all back home! He was precious when he saw each of us. His little face just lit up!

(excuse our “entertainment center” haha we ordered a new one and had to live with the tv on tubs for awhile!) 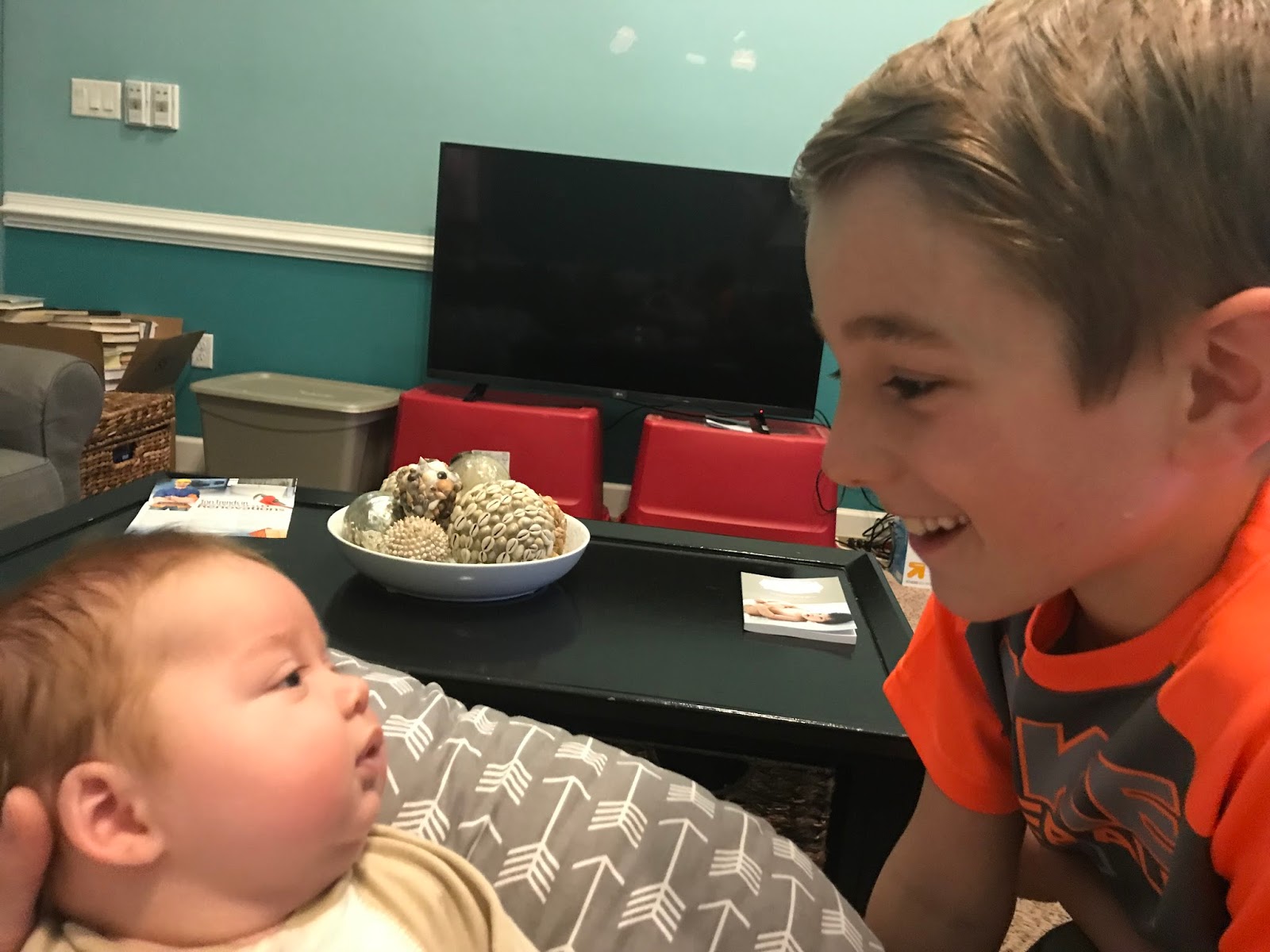 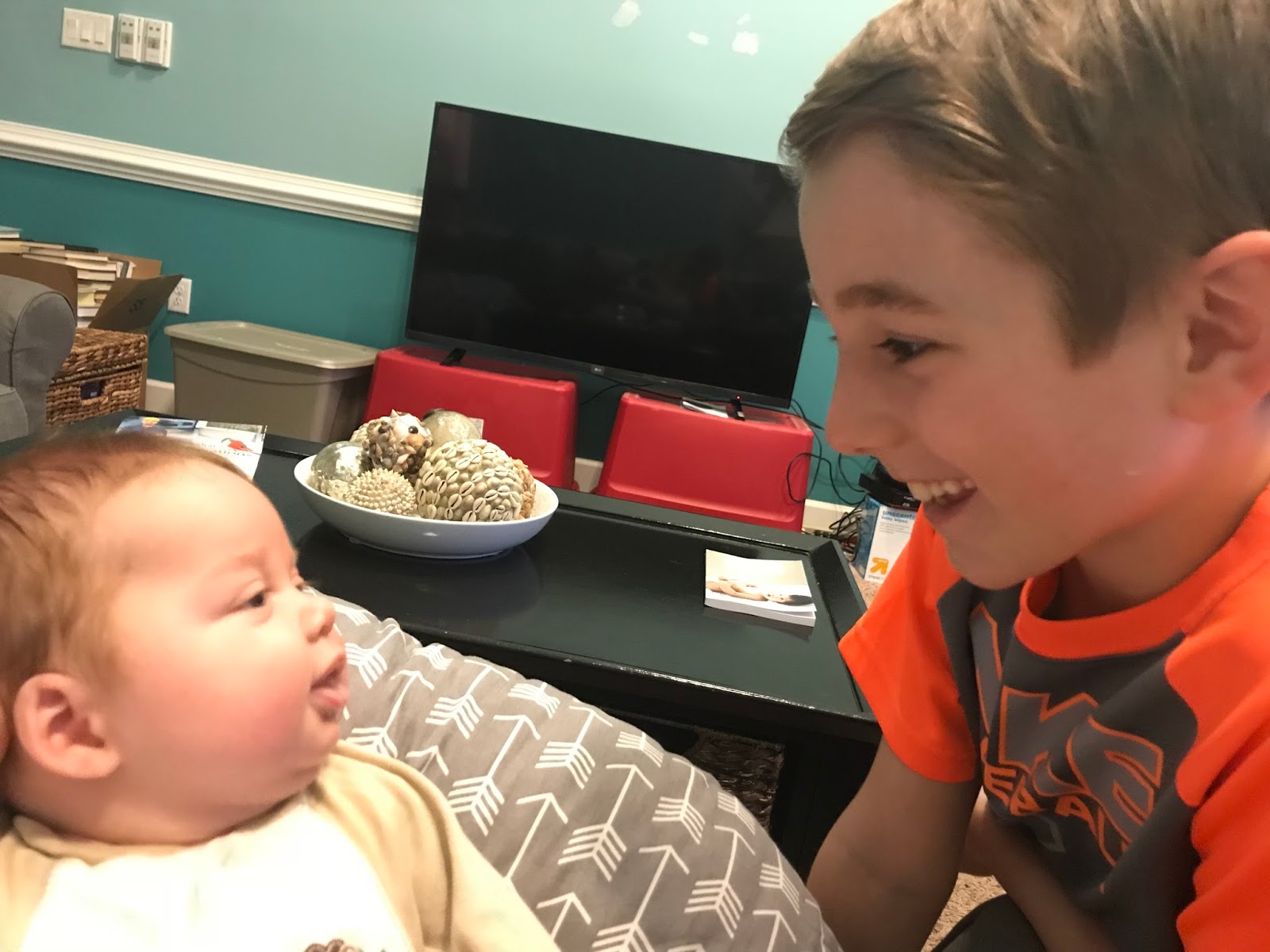 Other Notes about Spear:

Britt (she found her fingers…which she ended up loving!)

Tess (this is when we left her to go to Hawaii…I was really struggling!)

A few more pics of this cute boy wearing his big brother’s pjs! 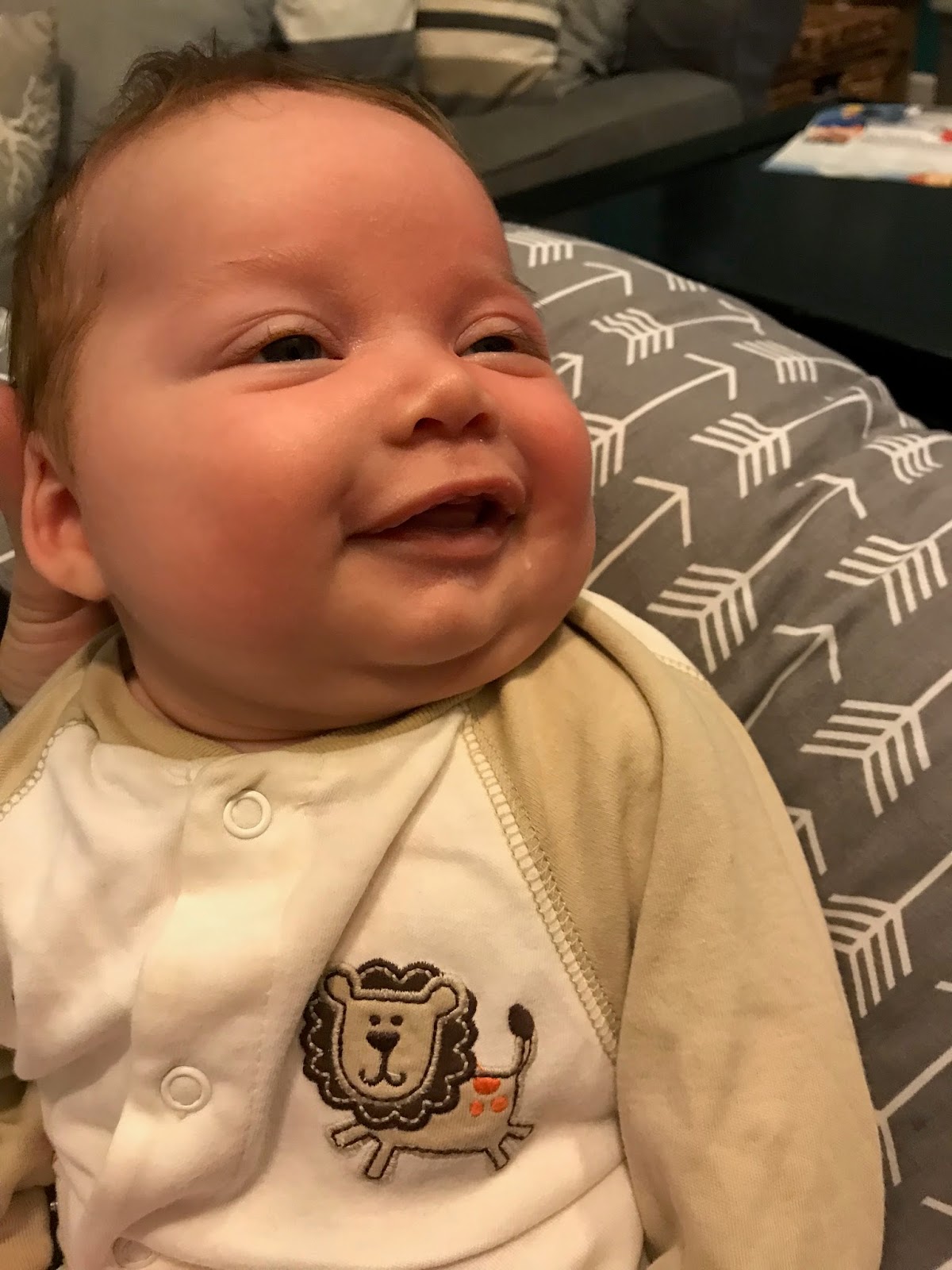 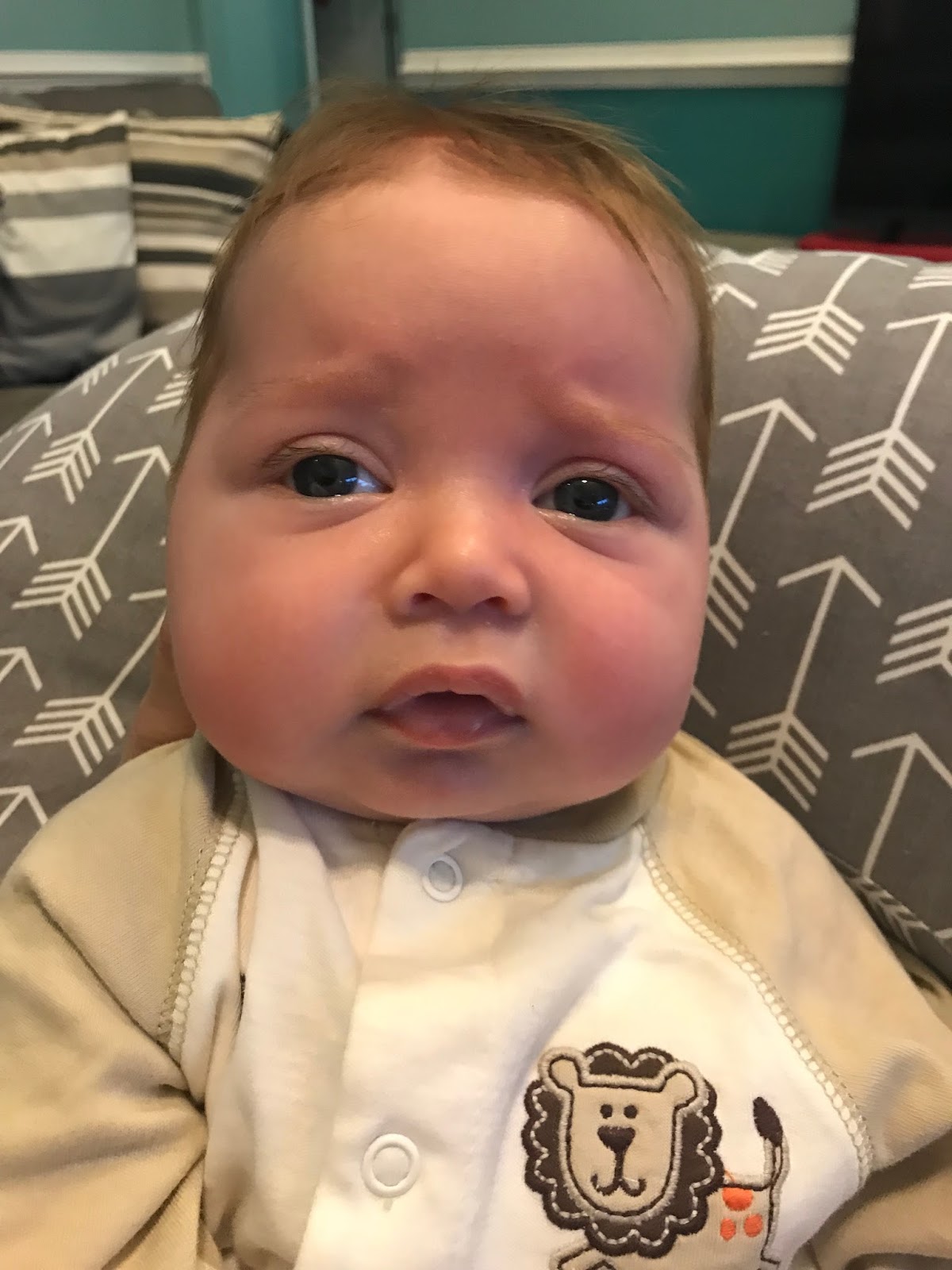 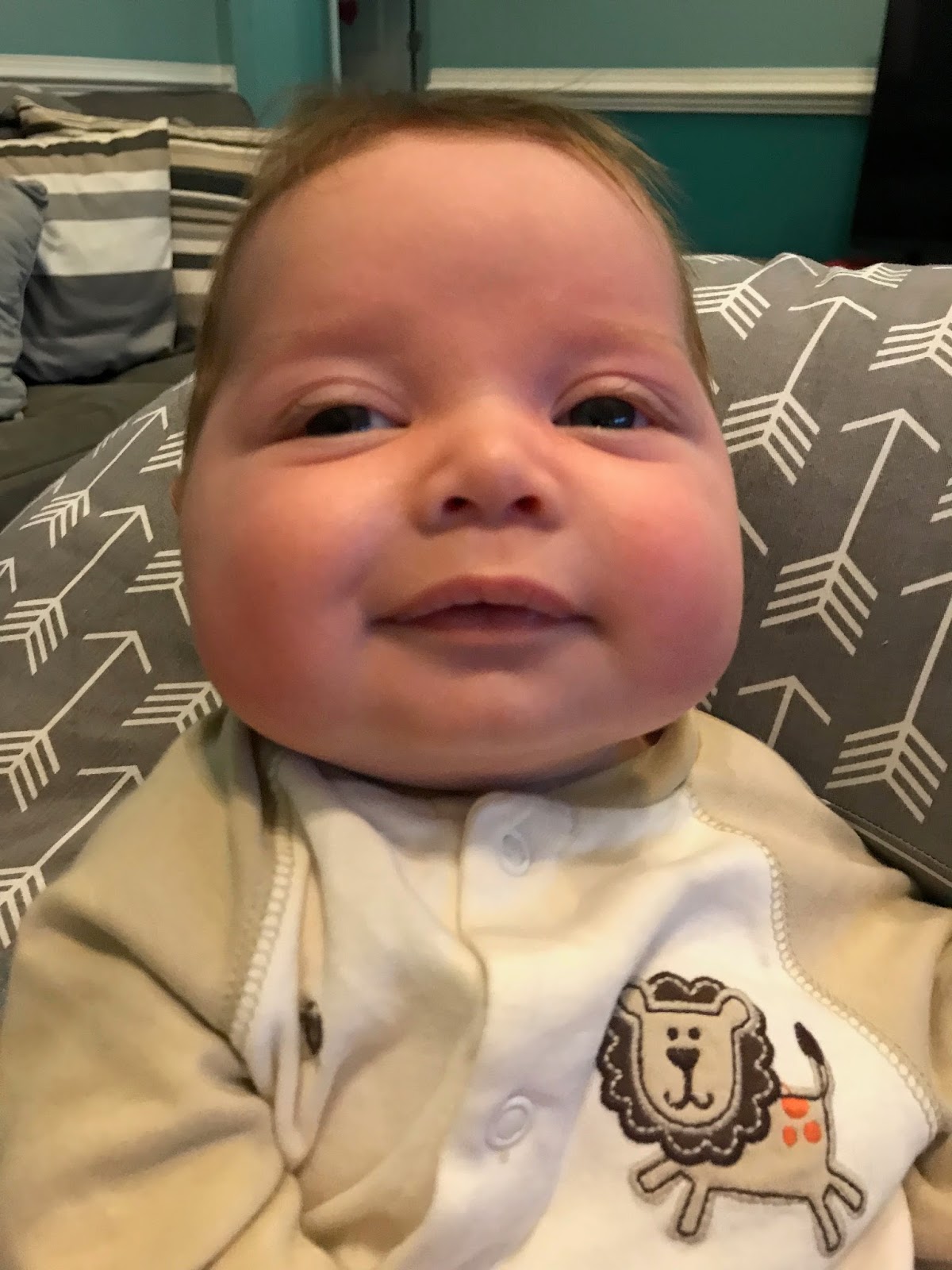