Britt has been in her “big kid” car seat for awhile now and we still really like it! You can read my review of her seat HERE!

At just a few days over 14 months old my little SMARTY PANTS figured out how to somehow unbuckle herself in the car seat. I seriously can’t believe she can do it! I checked everything out and it wasn’t because it was too lose or not fully buckled or that the straps needed to have a setting changed or anything. It wasn’t due to error from the car seat or from the way we strapped her into it. She is just CLEVER and STRONG! She figured out how to push and squeeze the buckle and pull it out!

I hoped it was like a one time thing but I was wrong. I found her unbuckled a few times in a row and knew something had to be done. I personally believe in correcting my children (yes, we spank!). Usually my plan of action would to be to spank her for undoing the car seat in order to train her not to do it. However, she sits backwards in the seat. Yes, we have a mirror so I can see her but the mirror gets shifted ALL the time so usually I still can’t see her in it. Then spanking her would require me to constantly pull over the car which is hard to do when we’re trying to get somewhere in a limited amount of time. Also, this is a SAFETY issue. I don’t want to risk her being unbuckled and something happening to her. So I hunted ways to prevent her from unbuckling herself!

I found a few items for sale online that claim to help with this issue but the cheapest option was $30. Um. I don’t wanna spend $30 on something that I hope is a temporary problem! My first creative solution was to cut a slit on an old sock and slide it over the buckle every time I put her in her seat! A little ghetto, yes. But also pretty genius 😉 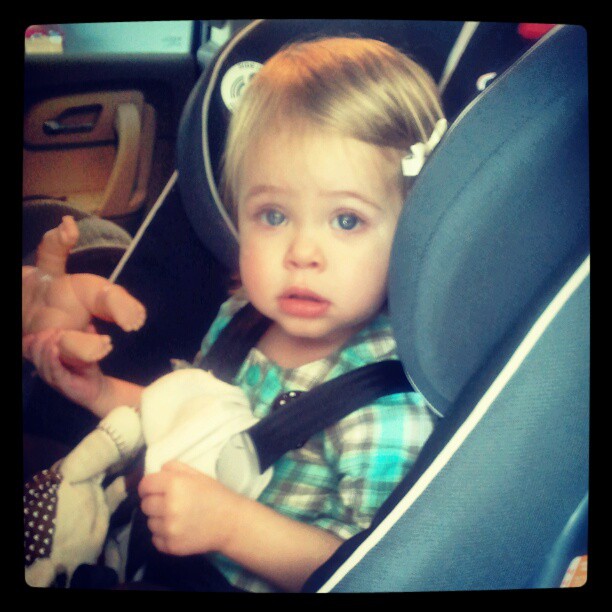 The sock worked well…until she figured out how to slide it over and STILL unbuckle herself!!! I really feel like it’s super unheard of to have a child THIS YOUNG doing this! She’s testing her limits with us already for sure 😉

Kye took on the role of “buckle reporter” and I’d have him check her to see if she was buckled for me. Whenever she would unbuckle herself he would tell me (the sock DID make it easier to know she was unbuckled…he’d see that in her hand and know to tell me) and I would pull over. I’d spank her (no warning with this! It’s an IMMEDIATE spanking situation!) and rebuckle.

To even further show how SNEAKY she is…one night Zach had the kids and was on his way home. He saw that she was unbuckled so he pulled over to spank and rebuckle and when he opened her door she had REBUCKLED herself AND was holding the sock over the top of the buckle and looked at him all innocently like saying “What? I didn’t do anything Daddy!”

Since the sock wasn’t working out so great I went back the drawing board to find another solution. I was about to give up and just order one of those things for $30 when I found some message board of moms and someone suggested cutting a toilet paper roll and sliding it over the buckle… 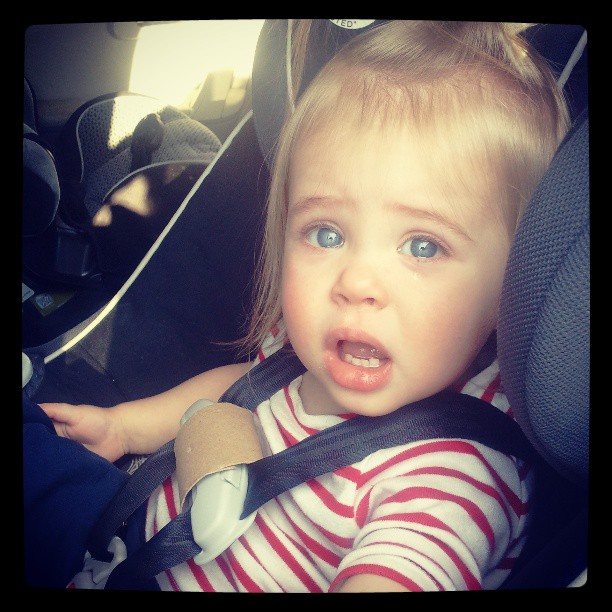 The roll idea WORKED! It was too hard for her to be able to shift it over at all! I had to always remember to put it on the buckle every time I put her in the car seat but it worked well!

After a few weeks of keeping the toilet paper roll on the buckle I started to try without it and sure enough she hasn’t unbuckled herself since! I am SO glad I didn’t waste $30+ on an issue that didn’t require a long-term solution. While it was a frustrating process, I do feel confident that this phase is behind us 🙂

I think it was a combination of several things that helped her learn not to unbuckle herself. I think pulling over RIGHT away, scolding and spanking her def helped to train her about making good choices. I would also watch her like a hawk in the mirror (when I was able to see haha) and would say “Make good choices Britt” anytime I saw her little hands creep near the buckle. I also think LOADING her up with TONS of toys in her seat helped her to find other fun things to do rather than spend the car ride figuring out ways to escape. I think my solutions of the sock and the paper roll helped deter her from unbuckling and I also think it was just a phase she needed to kinda ride out. Like right now she’s going through the whole standing up in the tub phase where we have to get onto her for that, but I’m sure a month from now this phase will end and another will begin! Once a toddler is no longer curious about something, it becomes less interesting to them. She has learned that unbuckling her seat only results in negative things so therefore she’s no longer curious about it 🙂 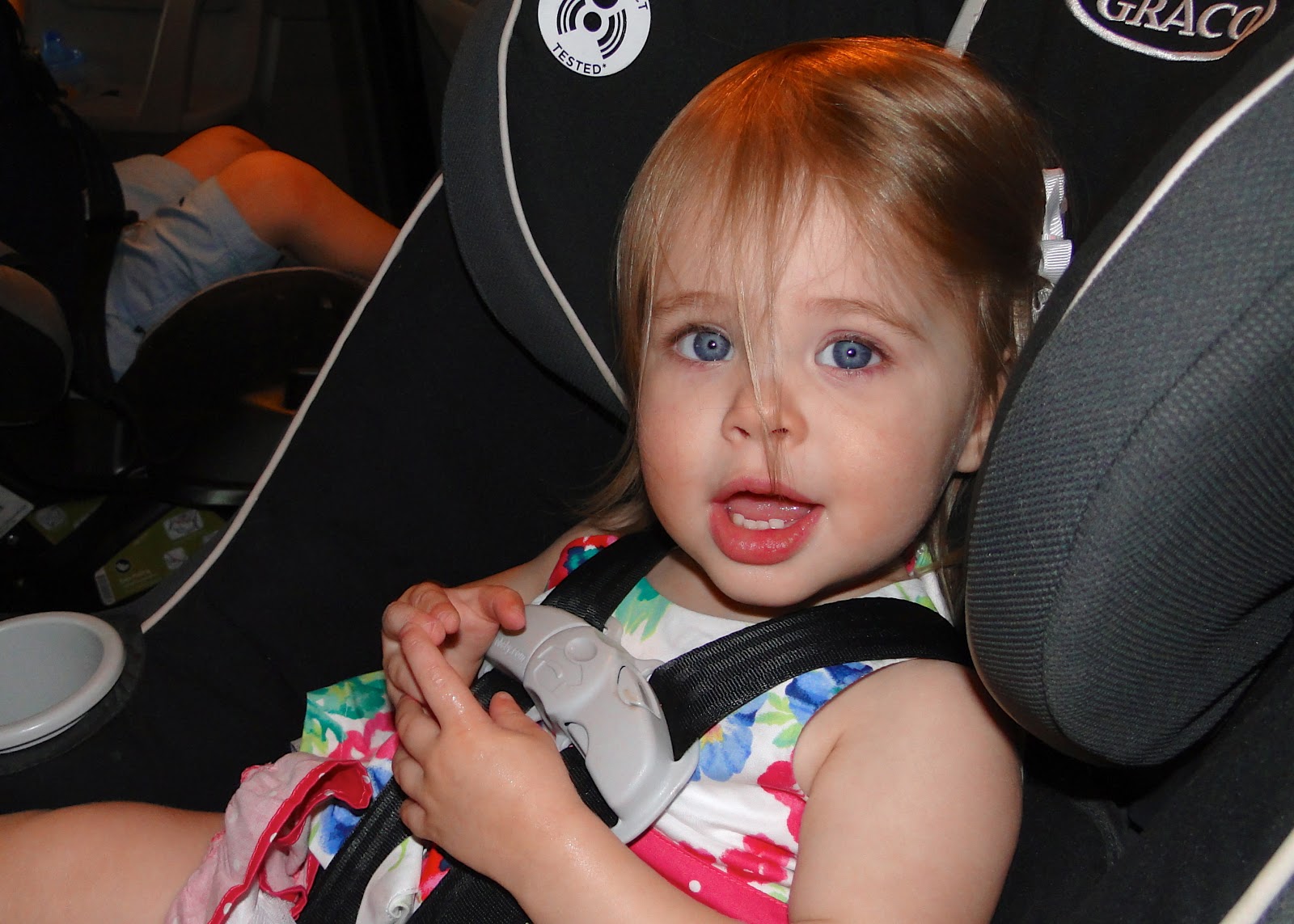 Have you ever had a child who enjoyed unbuckling themselves? What tricks did YOU try? What helped them stop doing it?