This time of the year is the busiest for Zach. It’s a blessing because it’s the holidays and it’s when we need money the most and he makes the most right now! It’s also tough though because he has to work this huge account that is spread out all over the south east. He has to go all over Georgia, to parts of Florida, all over Alabama, and all over Louisiana. That’s A LOT of traveling! 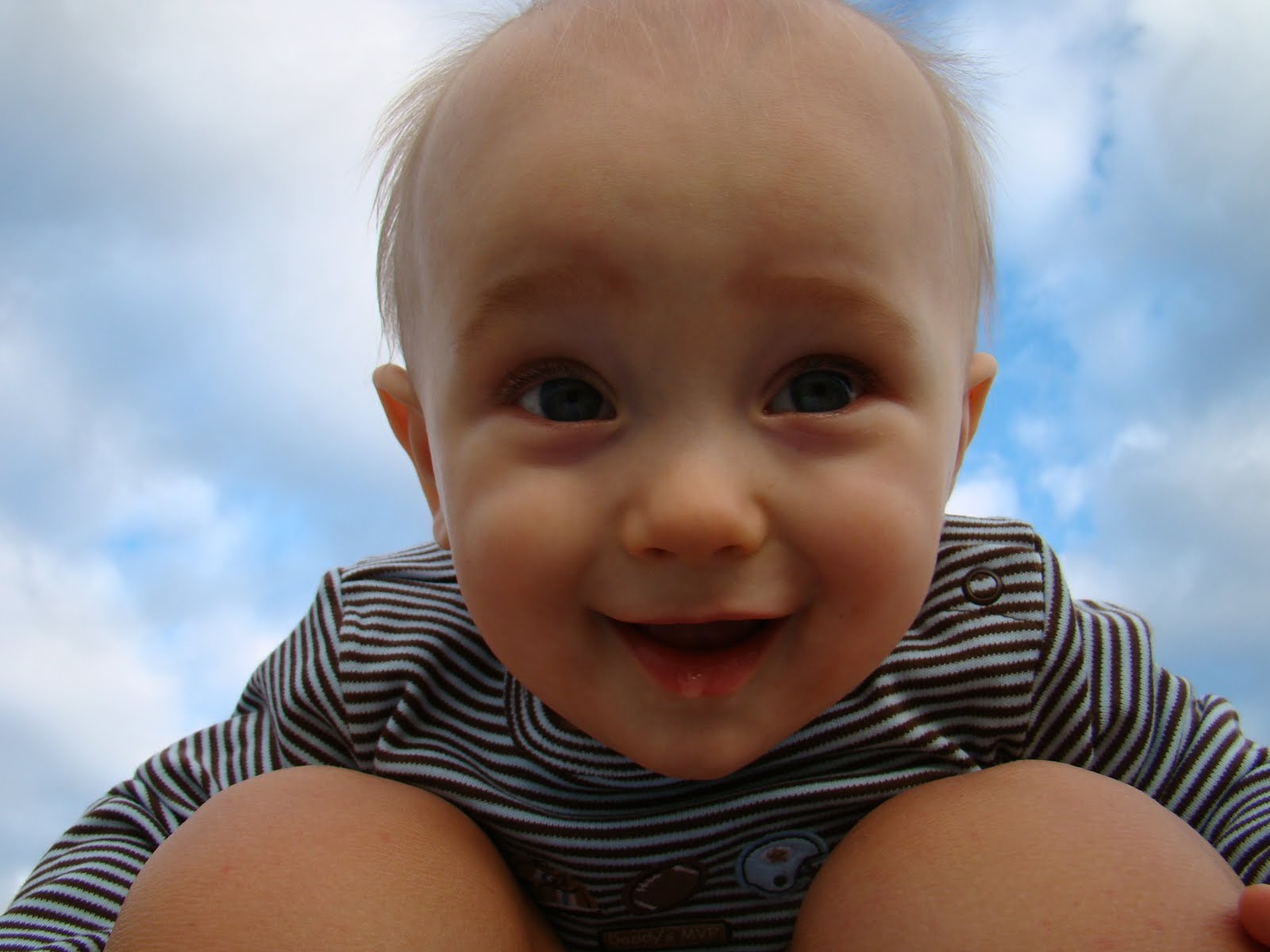 Last year I went with him for many of the trips. This year, it just didn’t make sense to do that. So Kye and I have been spending some mega quality time together these past three weeks. The first week was just a couple days and life seemed to continue on as normal. Zach was home over the weekend and left again that Monday. That second week was great! I felt like Super Mom. I could do it all! And I could do it all with a smile 🙂 Kye and I had so so so much fun together!!!! My only tough thing was if he woke up in the middle of the night but even that I handled okay and he would go back to sleep pretty quickly. 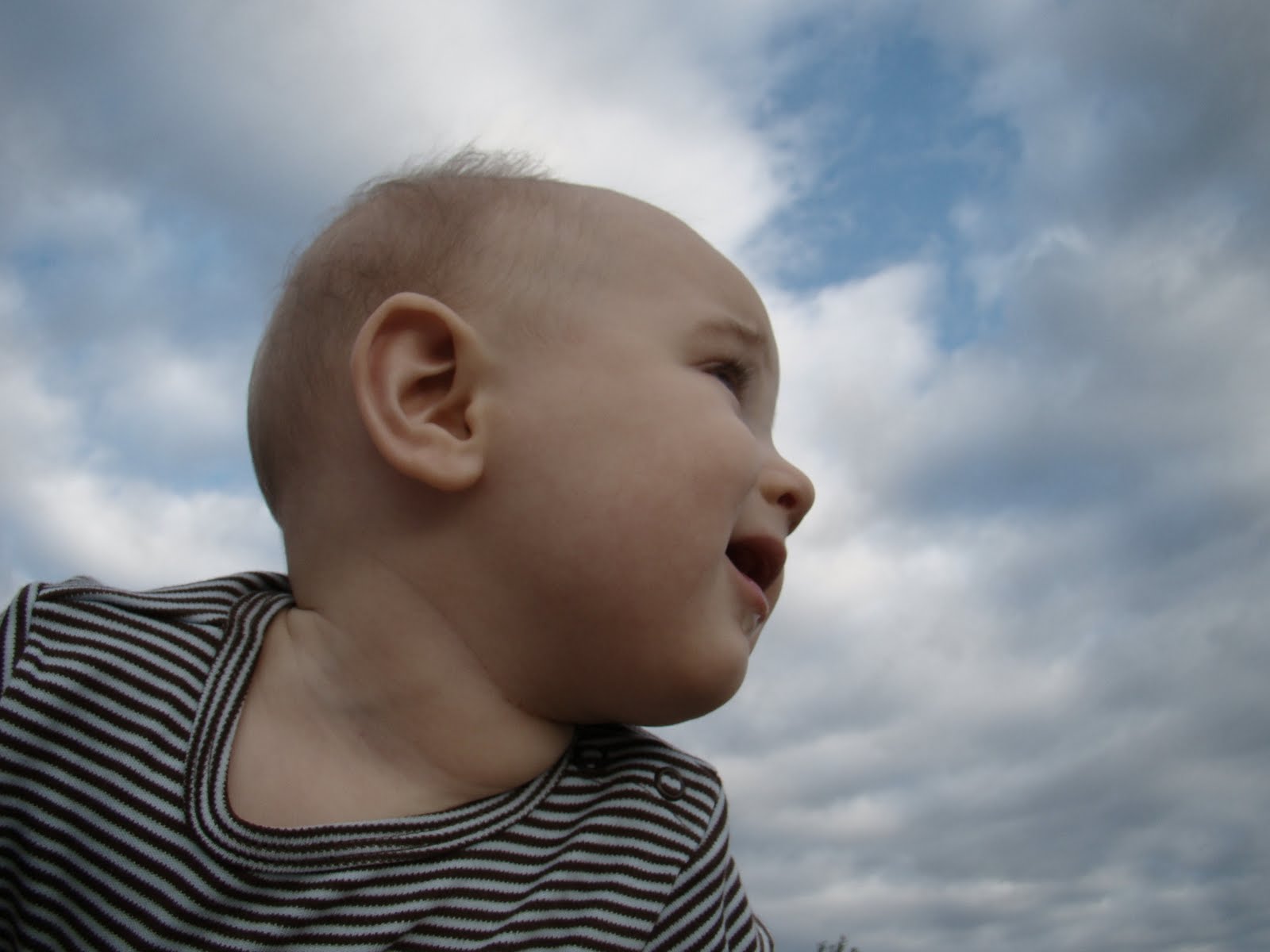 Then week three hit. Ugh! Zach left that Monday morning again and as he was leaving Kye woke up bawling (at 6am). Zach went in there and came back out and said he felt terrible leaving because he could feel a tooth. Let the fun begin! Week three was beyond awful. I was up at all hours of the night with him. Kye has always been a great sleeper at night (maybe not for naps but always at night) and when he does wake up at night Zach always goes in there. So here I am with a crying baby and am clueless as to how to get him back to sleep. Zach told me his methods but they just didn’t work for me. I’d pat pat pat him on the back and slowly slowly slow it down and just as I was stopping he’d turn around and smile at me. Over and over. It was miserable. Seriously the whole week I maybe got him back to sleep once in the crib. And the time I did I ended up having to sleep on his floor! I broke my own rules a couple of times and rocked him in my arms. Feeling out of control and like I didn’t know what to do with my own child really hurt my self esteem. What kind of mother am I? It’s crazy how much my self worth is wrapped up in that child! He was sweet and precious week 2 so I felt on top of the world. He was rotten week three so I felt like I wanted to curl up and die! 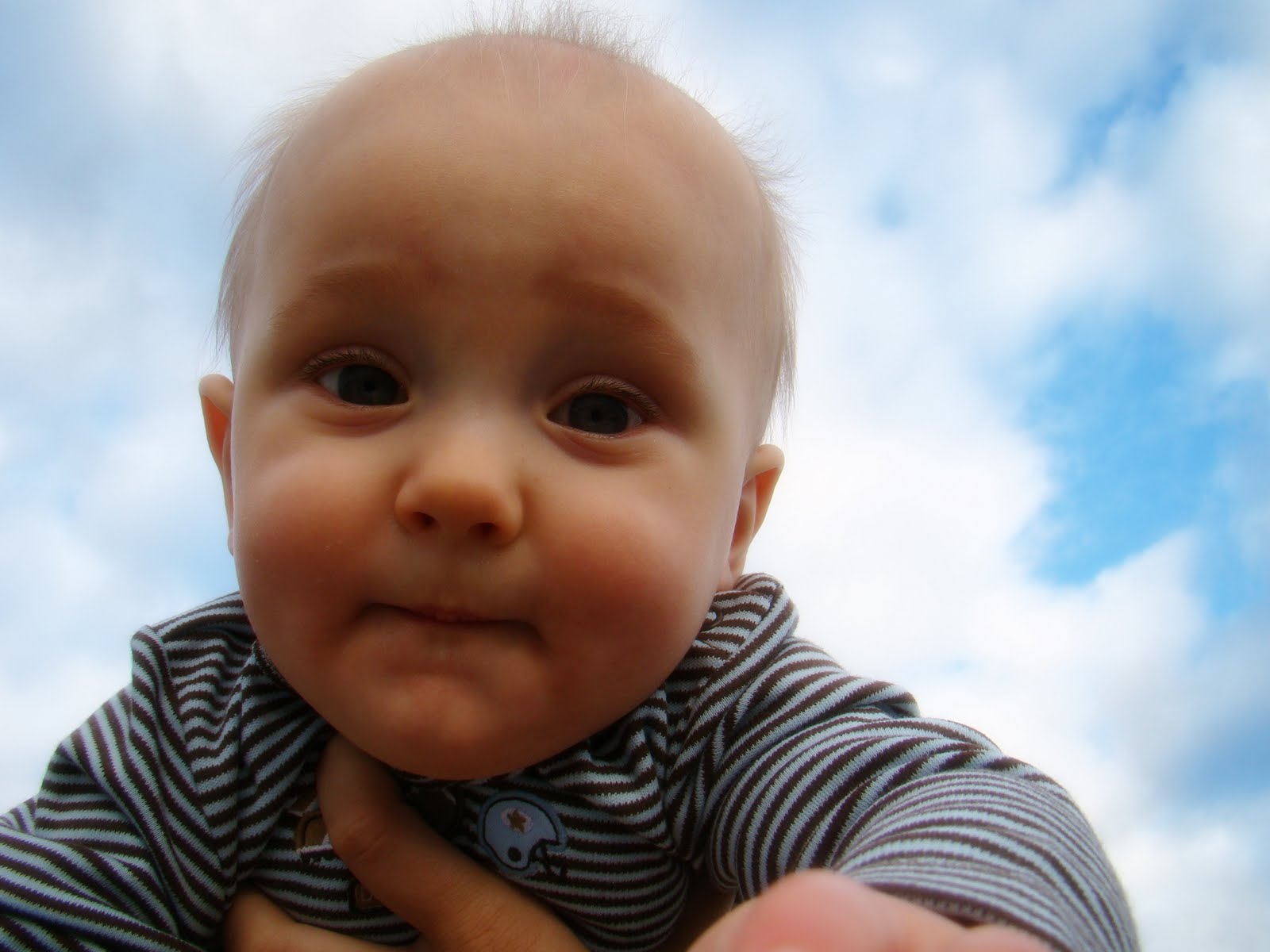 It was the worst week of my life since Kye has been born. No joke! Even harder than when we first brought him home from the hospital. We still stuck to routine but he was so so so unpredictable. It just wasn’t fair! I actually ended up napping when he napped! I was so exhausted (not only from his many morning wake-ups but also because I am scared alone and most nights had a TOUGH time just falling asleep myself!) and just emotionally drained that every morning I’d sleep during his 9:00 nap. Every morning! Which totally explains why I’m so behind on the blogging 🙂 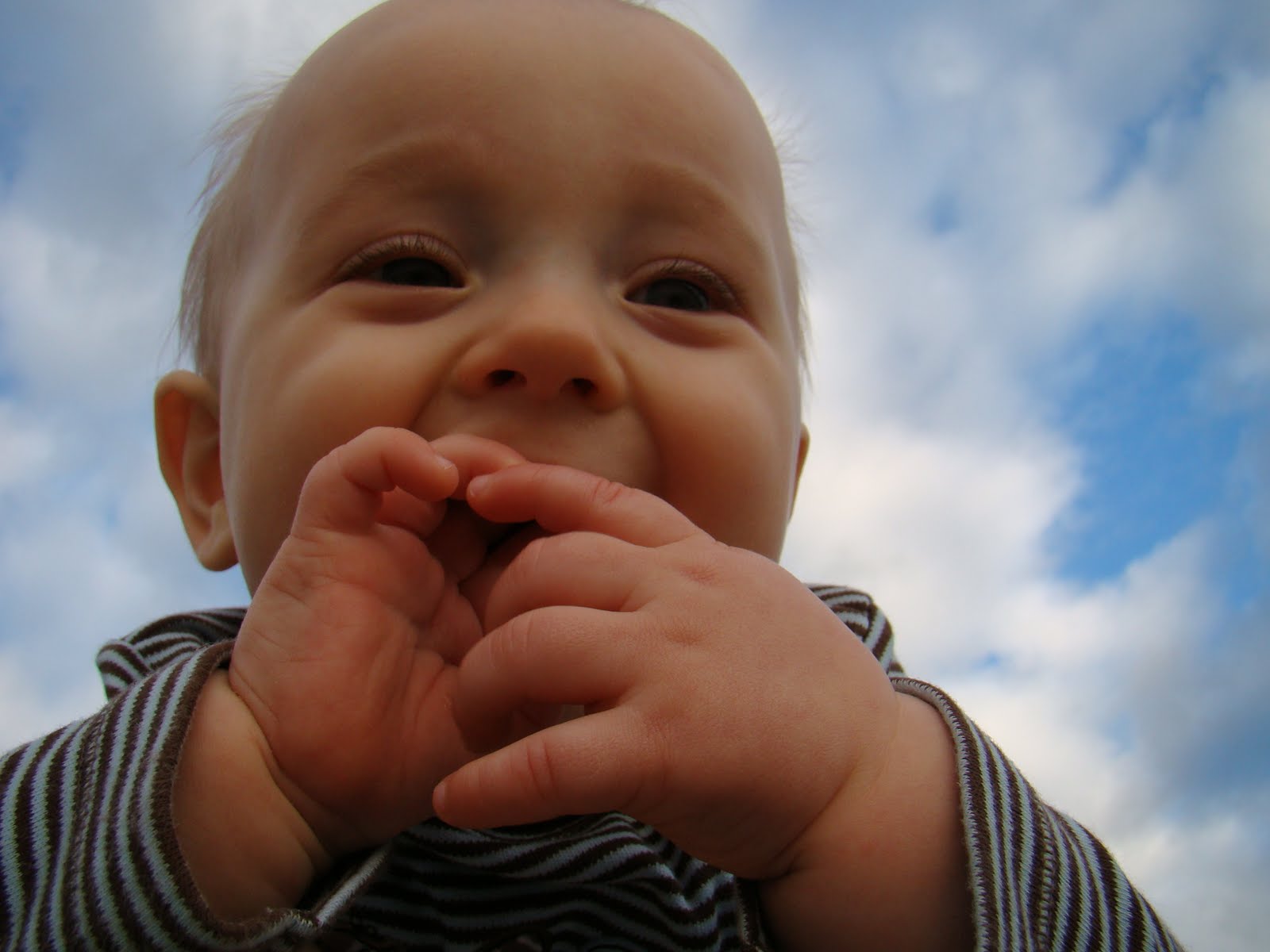 I actually got to a point where I couldn’t stand to be here anymore. Even though he was awful I went somewhere every afternoon. That 3:00-bedtime awake time is hard to fill with an unhappy baby and worn out mommy. We even went to WALMART! I know Walmart! I loathe Walmart and I especially would never face it alone with Kye. Ever! But we did it. And I bought myself a dozen double chocolate cookies and ate them all. With ice cream 🙂 Pigging out just make me feel a little less depressed haha! 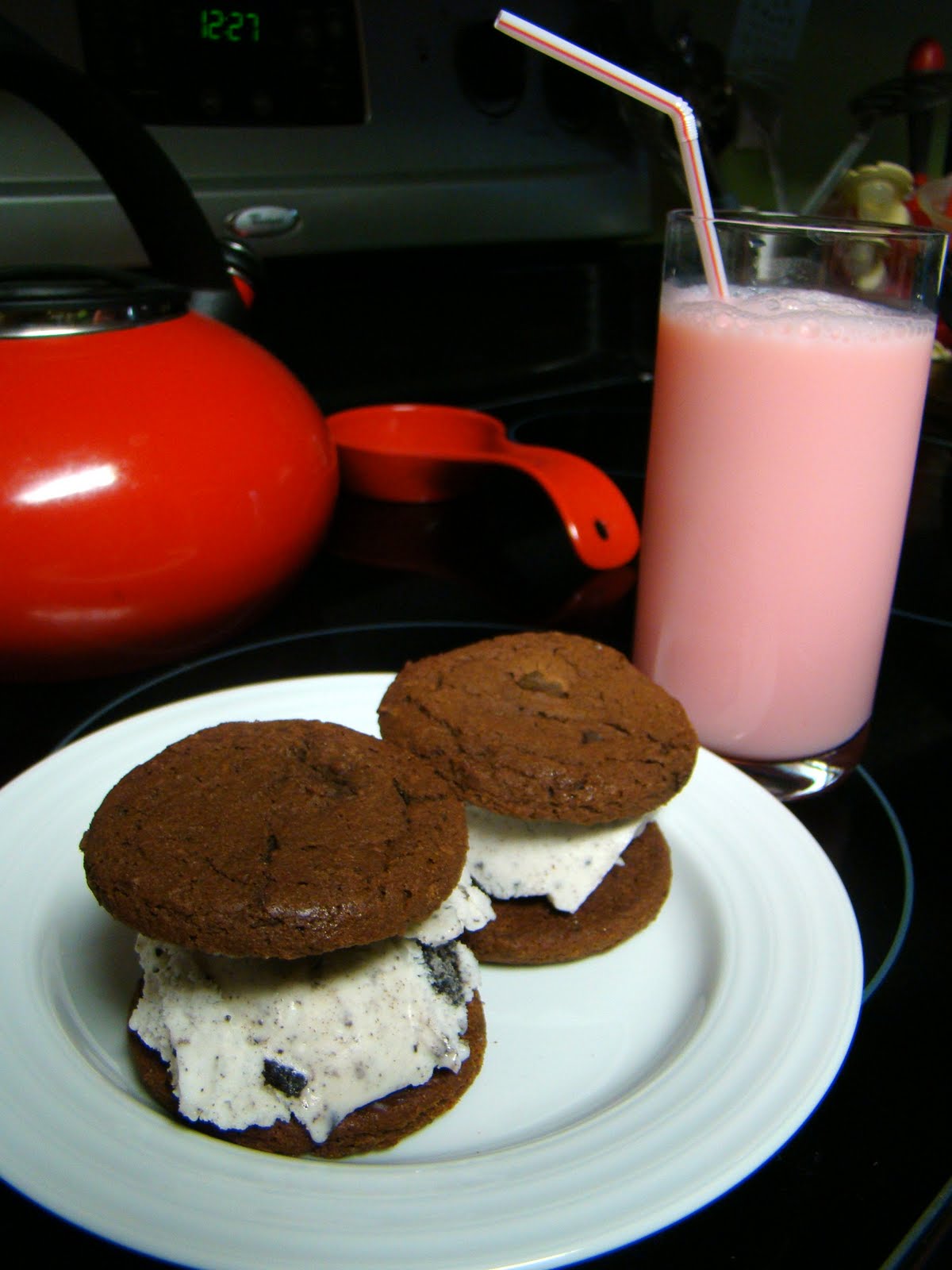 We also went on an almost 2 hour long walk! Yes, almost 2 hours. That’s how badly I just needed out of the house. And you should have seen us haha We went to the park and he was wearing this ugly outfit that didn’t match and had food and snot all over his face and I was in some old high school t-shirt without makeup looking like I just woke up at 3:30 in the afternoon. And of course a bunch of moms were there with their kids. I think it’s the first time I’ve taken Kye out around other moms and no one said how cute he was hahaha! They were probably afraid of us! 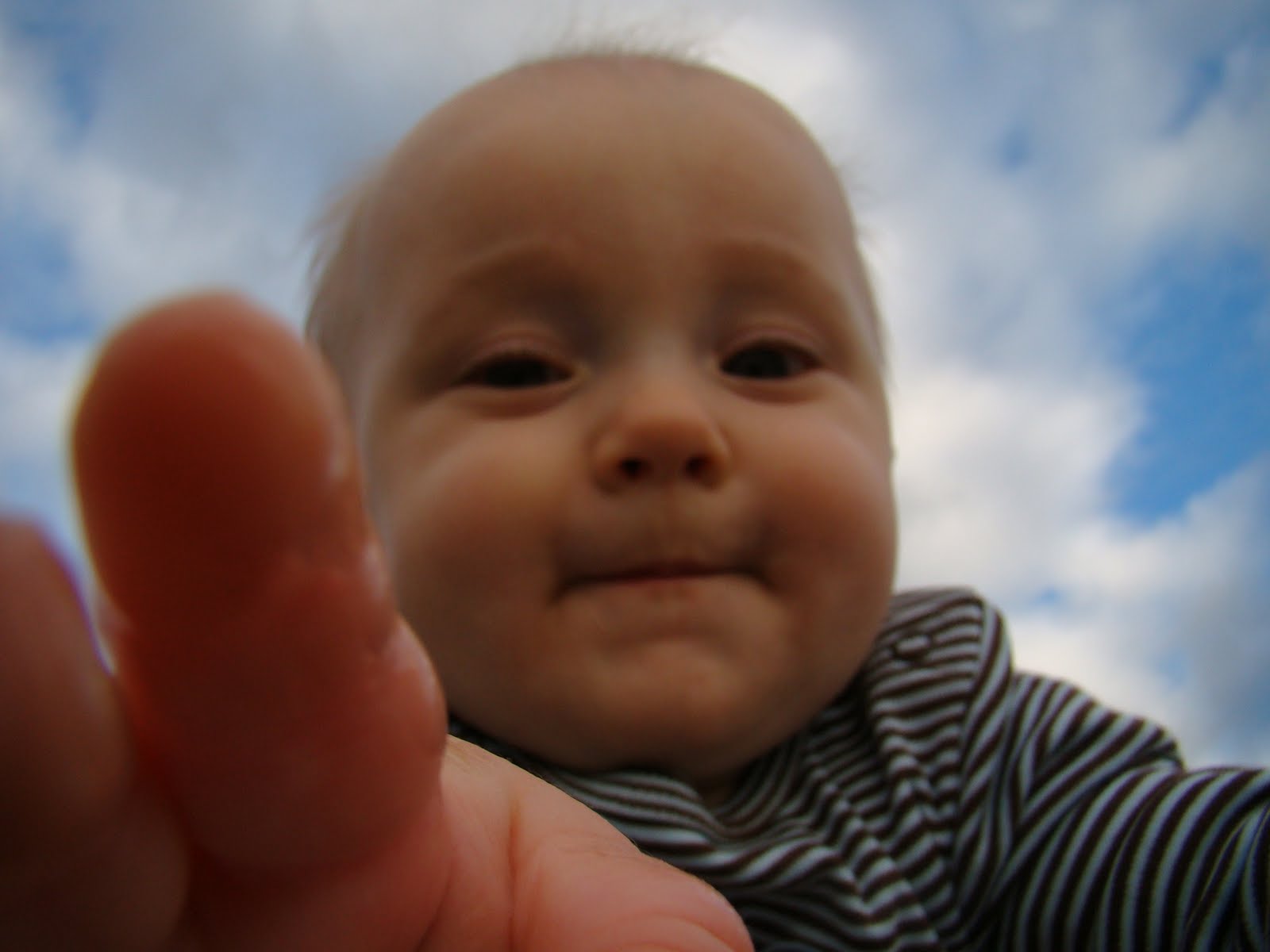 During all this I also had the New Moon premier Thursday night. I didn’t know how I’d be able to drag myself to that at midnight. Ugh! I was actually dreading it! That day Kye, of course, threw me for a loop and didn’t sleep during his morning nap. I needed that nap dangit! I broke down in tears and bawled my head off. I actually left him in his crib crying for like 20 min and just went in my bed, hugged my stuffed bunny (I know lame) and bawled. I felt sorry for myself and that’s ok. We all need to just break down once in awhile! It came time to nurse him at 11:00 and while I was nursing someone knocked on the door. Well duh I couldn’t get it and so I sat there with the dogs barking and kept trying to get my child to eat. Finally the person called and said they had a delivery for me. Once Kye was finished I went and checked to see what it was and it was flowers from Zach!!! PERFECT timing!!!! Just what I needed to remind me that I could make it through! 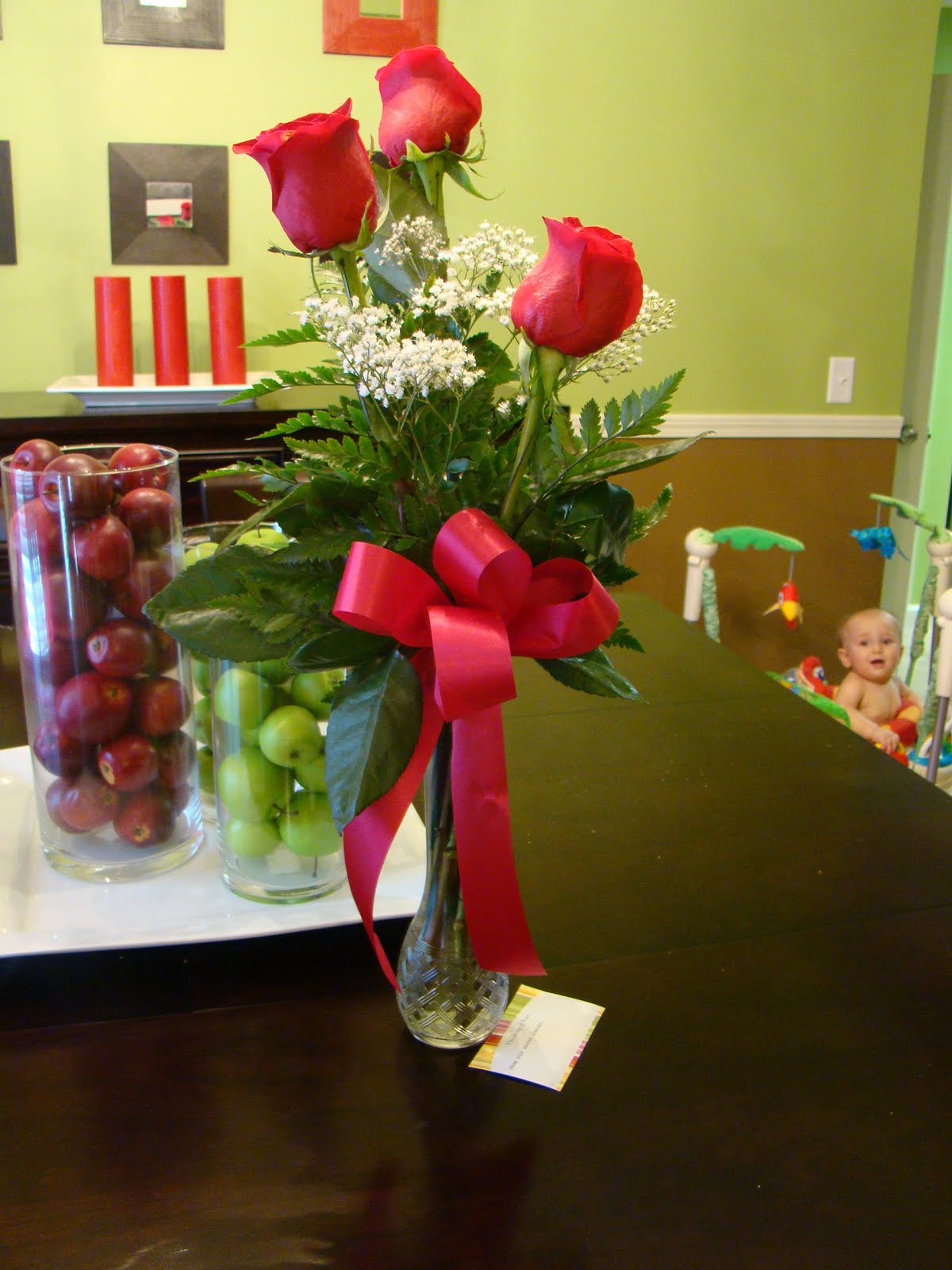 Somehow I survived the week and yes, Kye has his tooth finally! Now Zach is semi-back in town and we get a nice break for Thanksgiving! WOO HOO! While week three was awful terrible no-good very bad it did teach me something. I always think that I have it easy. I’m a stay at home mom and I take that to mean what most of society believes…that I live a life of leisure. I stare in awe at working moms and have no clue how they do it! They have it so hard! To have to perform at a job then come home and be a mom must be exhausting! After this time as a “single” parent I realize how hard my job is. It isn’t super easy! It isn’t a walk in the park! And it’d be waaaaay harder if I actually WAS a single mom and had to do it on my own every day (and night)! It made me appreciate my own mom more as she stayed home with us until I was 10 and then she became a single mom herself! SO hard! But it also made me appreciate myself more. I work hard everyday to provide my son with the best experiences possible. I do everything I can to run this house smoothly and you know what? I do a pretty awesome job! So gooooo ME! 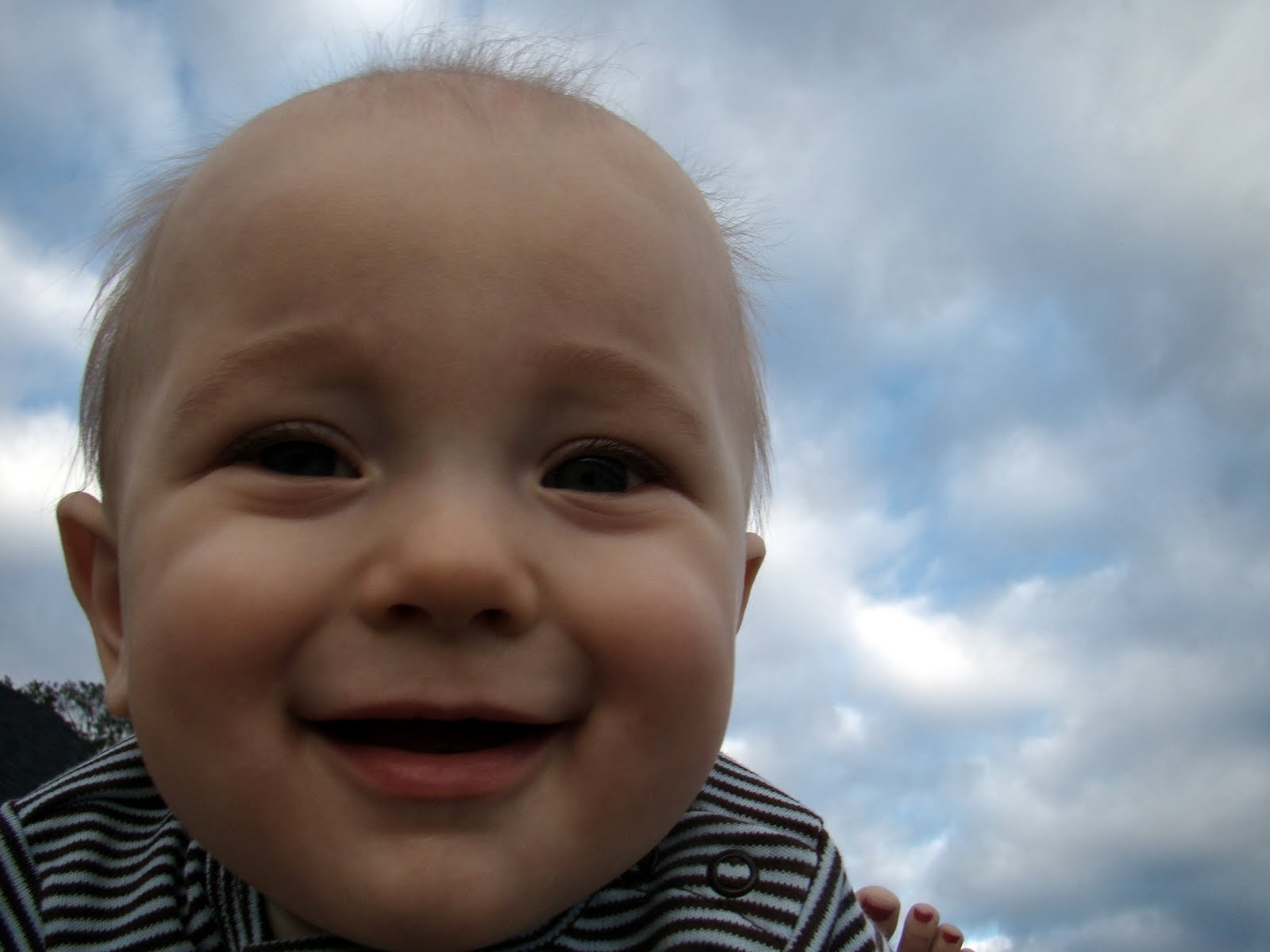