When I used to babysit I remember things would be different when Daddy was out of town. Different families did different things. Some moms took their kids and all stayed with someone, some had their kids sleep in the bed with them, some skipped cooking the whole time, some bought special treats, etc.

Two weeks in February Zach was out of town. The first time was for business, and the second was for pleasure. Mr. Rusty won an Aflac trip to Whistler, Canada for skiing and took Zach with him.

I’m SO glad that it worked out the way it did – that the first trip was a work-related trip. It was TOUGH keeping both kids by myself with him away but I knew he was providing for our family and that made it easier. During the first trip, I came up with some things to help me make it through with the kids and to help keep everyone happy. These tricks made the second week run soooo much more smoothly and allowed me not to be bitter that he was off on vaca while I was home with the kids 😉

Here are my “single mom” traditions: 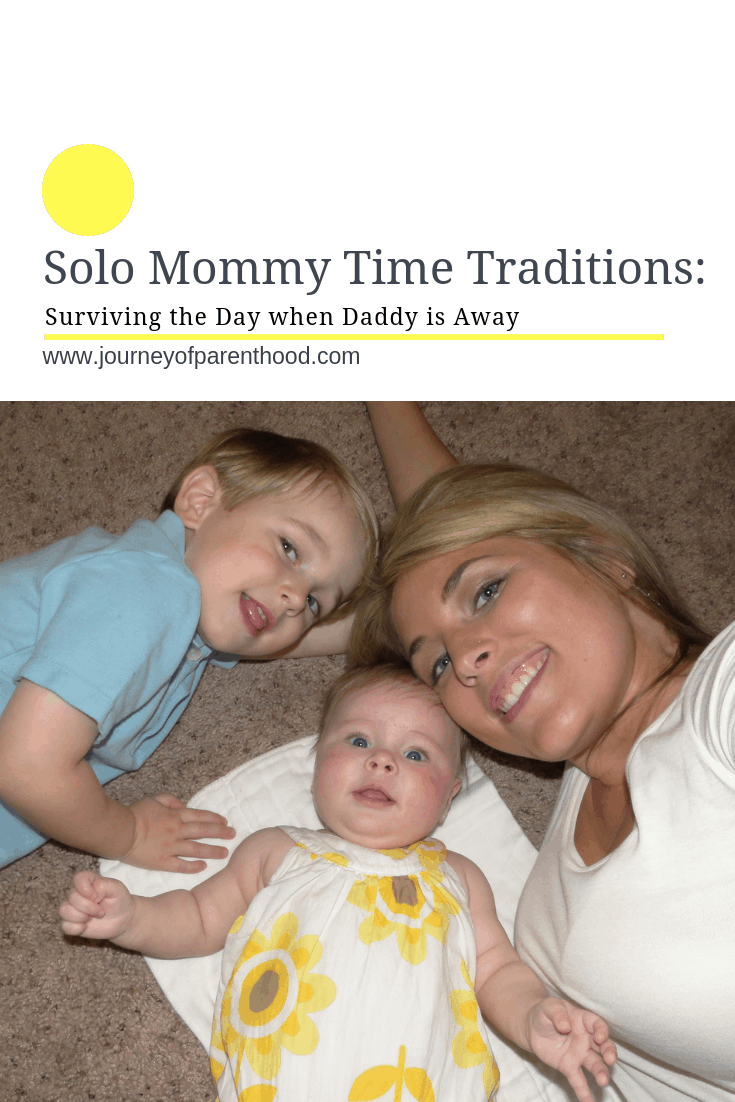 1. We have at least one meal of Pasta Roni. It takes 5 min to make and it fills me up. It’s ALL I eat for dinner that night, but for Kye, I give him other stuff to make it more of a legit meal! It’s something warm that doesn’t take time, effort or lots of ingredients to make. When you’re in a rush even Kraft Macaroni is too bothersome (20 min? no thanks!) 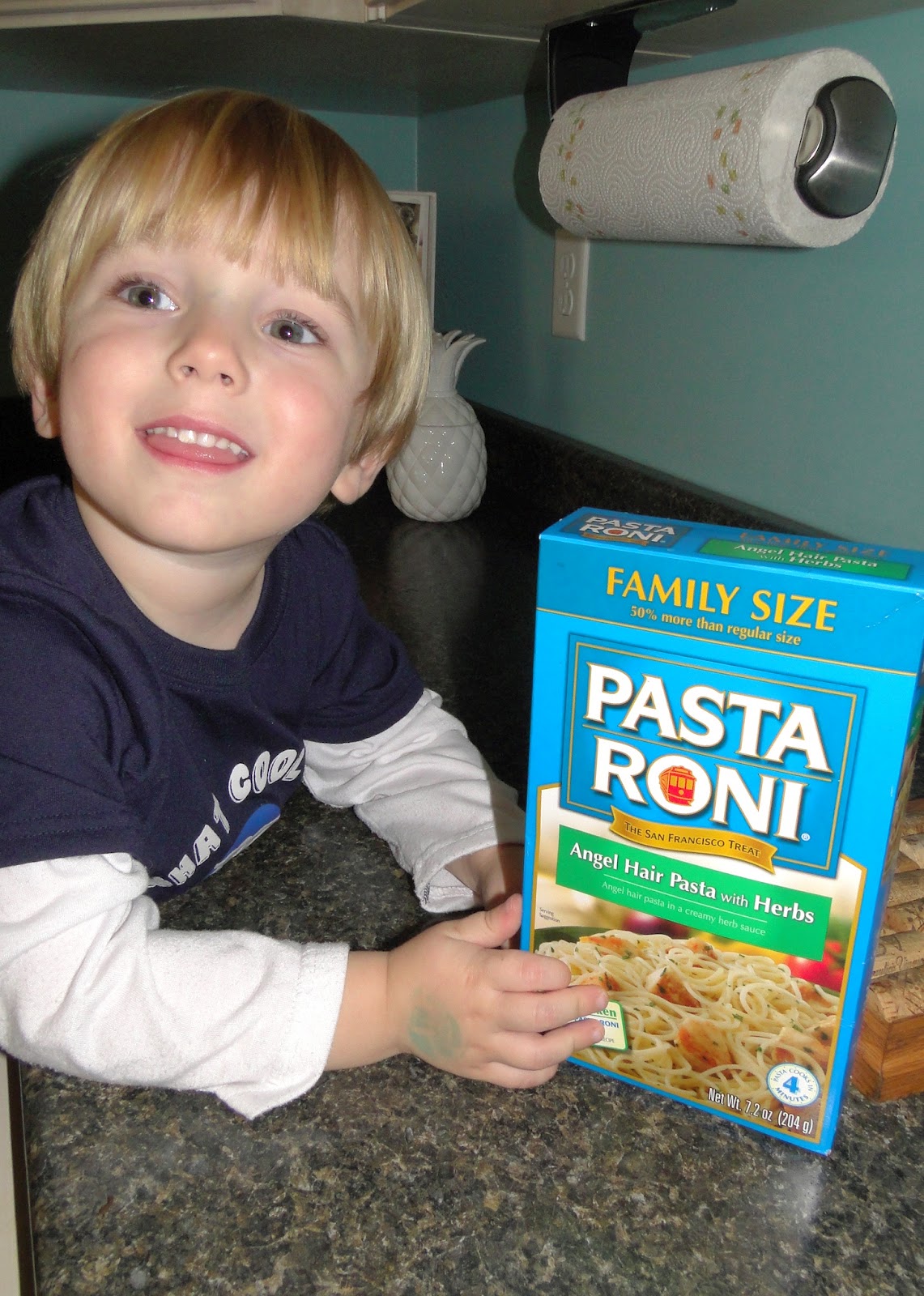 2. We bake cookies. In the past, I’ll make a HUGE batch of Cocoa No Bakes and eat on them the entire time Zach is gone. Literally. He’ll come home and there will be zero evidence of my indulgences. I’ll eat them for breakfast, lunch, and dinner (and spend a LOT of time on the toilet…). This time around we made them for The Green family so we only ate two each before shipping them off 🙂 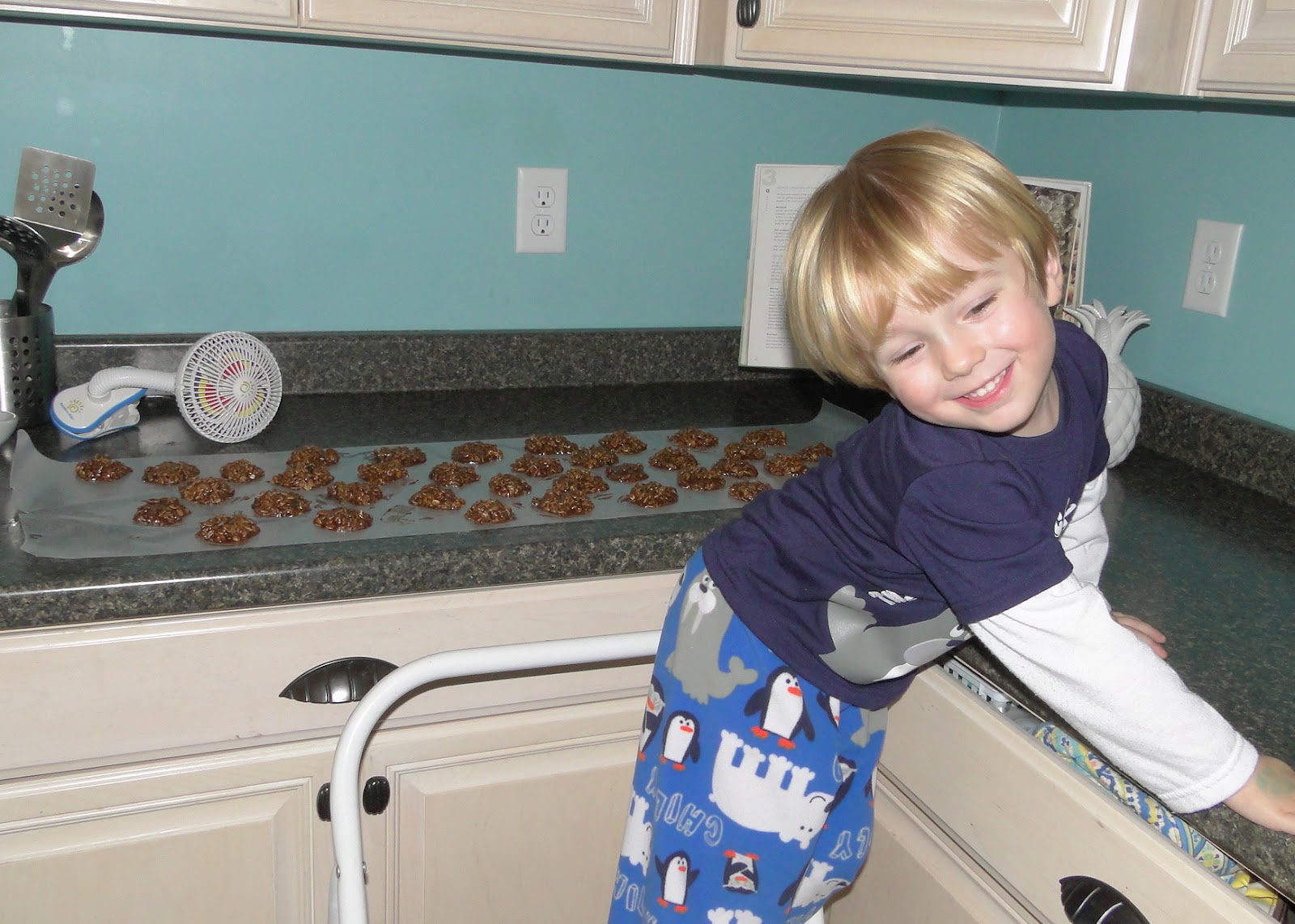 3. We order pizza. I quickly learned that it’s TOUGH to get Kye dinner at 6 when his sister nurses from 5-6. Rather than have dinner late every night, I called Marco’s (our new pizza place down the street who actually delivers!). I pay them over the phone then they will drop the pizza off at my doorstep without ringing the bell so it’s waiting for us, hot and ready, right when Britt is done nursing. I try to do this early on in my “single mom” days so we can eat off the leftovers for a couple of meals if needed! 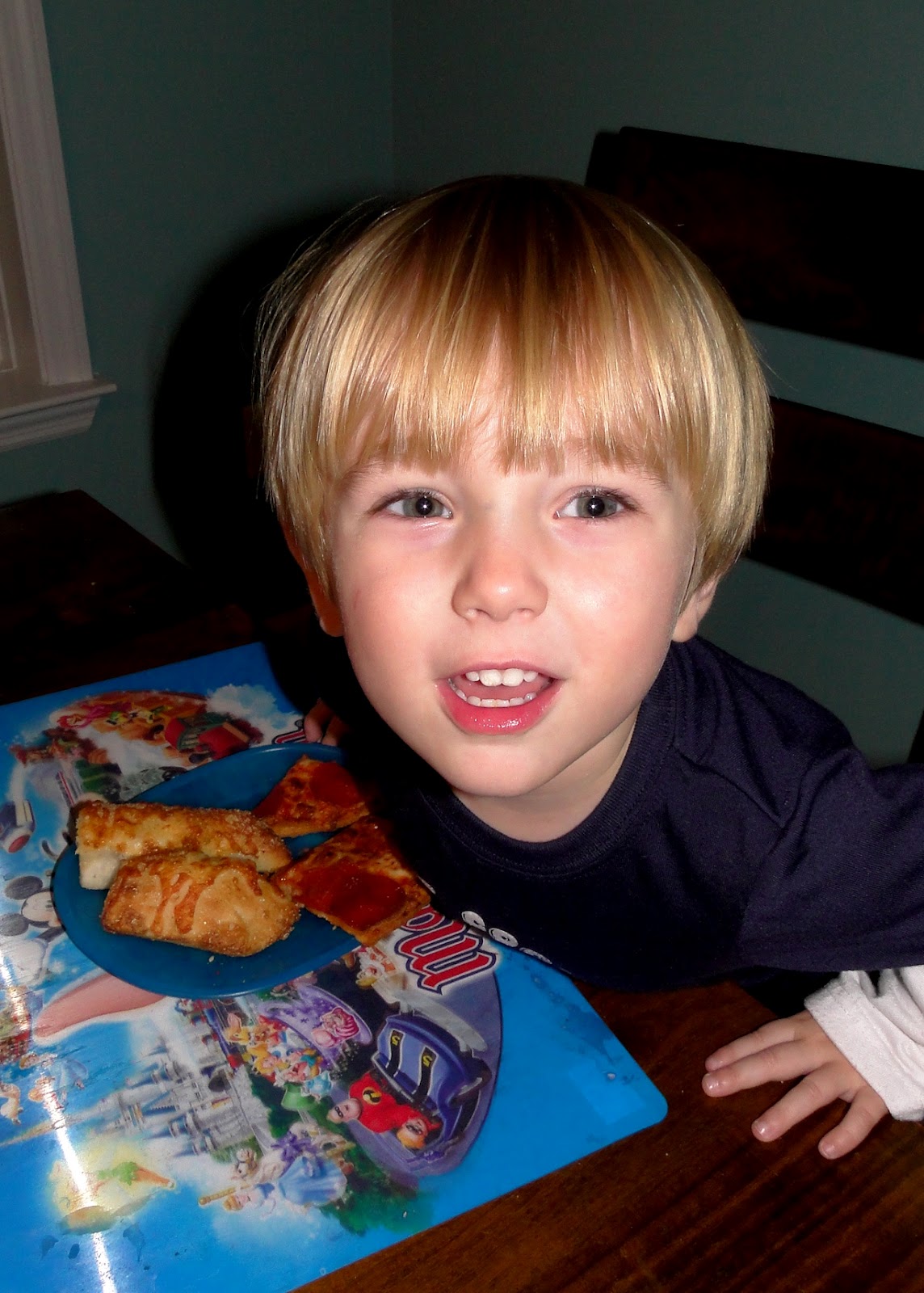 4. We leave a mess. Why make Kye clean up every single toy each time he plays?!?! By leaving a bunch of toys out, he has lots of options to keep himself busy while I nurse. And yes, we cleaned it ALL up before Daddy got home. I didn’t want him walking into a disaster zone after a long trip 😉 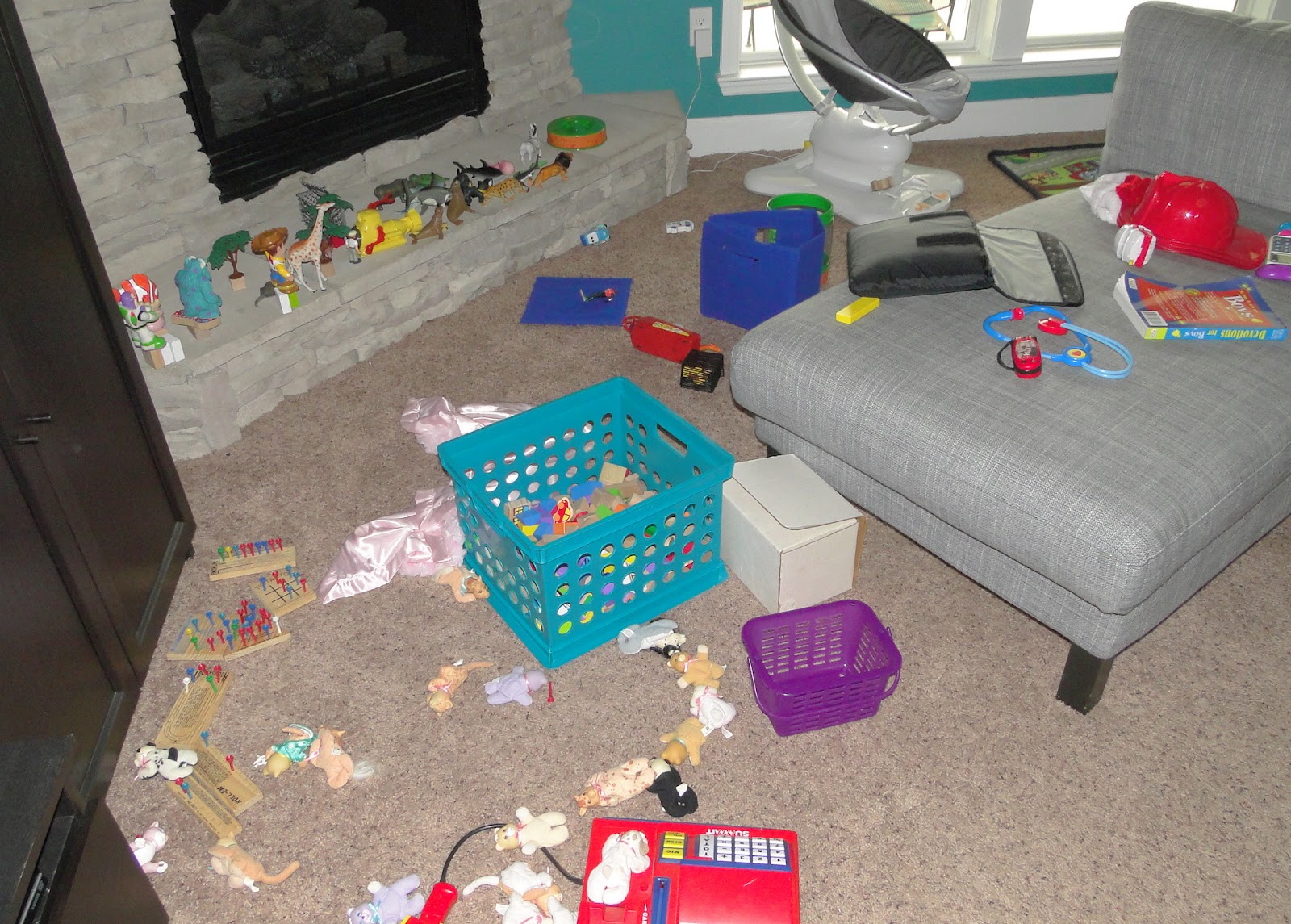 5. We shower together. I have ALWAYS been anti-bathing with my kids. Not that I think it’s wrong in any way…I just don’t personally feel comfortable with it. Well, now I have two kids. And trying to get everything done is difficult. Especially in the evenings. It’s hard for her to nurse from 5-6, then have time for Kye to eat and get a bath before bed. PLUS I’d like to get a shower once in a while too and it’s tough to squeeze that in during the day (I get MEGA scared to shower at night when I’m home alone…random…but I bet I’m not the only person who feels that way!?!).

When Zach was gone to Texas (the business trip) it was the same week where Britt nursed for 2 hours at each feeding. I realized the only way for both Kye and me to get clean was to take a shower together in the afternoon after his nap. I give him lots of shaving cream and let him play with that while I shower. It works out well and he hasn’t ever had a lingering eye or asked any questions about any of our differences so I think it’s okay, at least for now. The bonus of doing this is that he also cleans the shower out when we’re done 😉 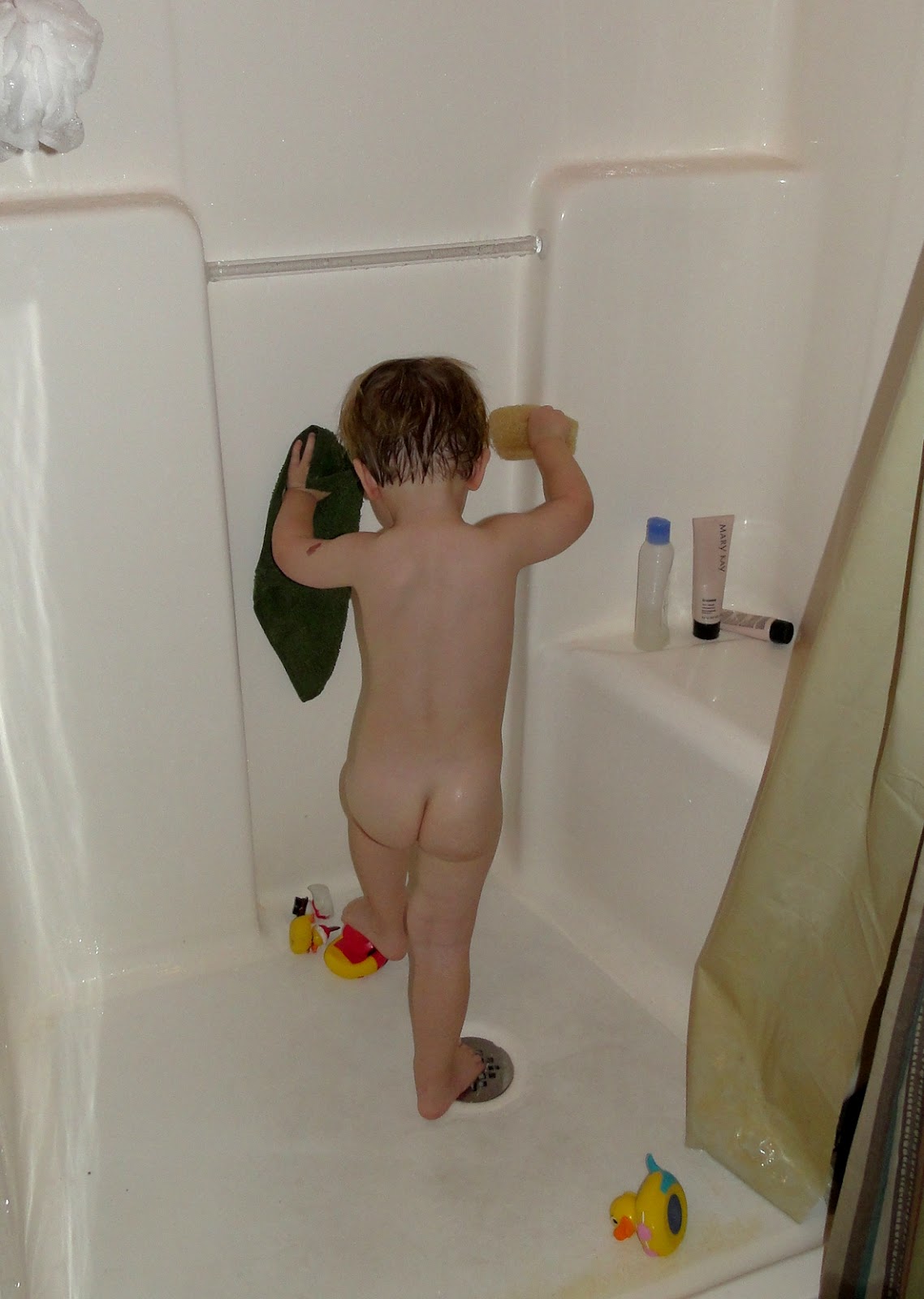 6. We cuddle, a lot. I have never been the type of girl to relate to Destiny Child songs. I’m not one of those girl power, independent woman type of girls. I pretty much always had a boyfriend since kindergarten. I enjoy having a man at home and I miss mine when he’s gone.

While I don’t have my kids sleep in the bed with me at night, and probably never will, I do tend to cuddle up with them more when Zach is away. Kye and I play pretend sleep games, read books, and just love on each other and snuggle up. It’s comforting and I love every second of it! 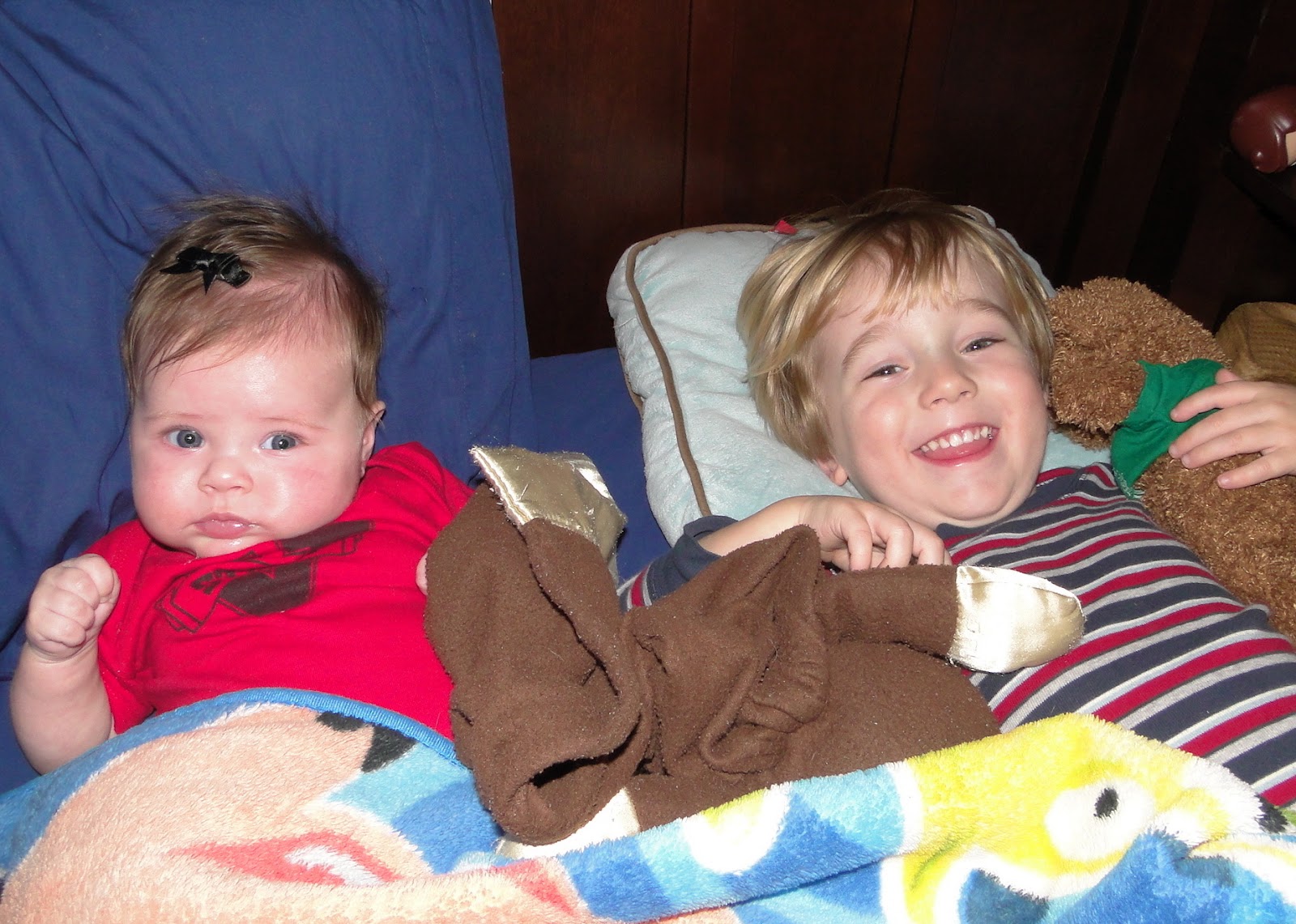 While I prefer that Zach never has to travel away from home, I do feel like I have a solid routine down now and that I can totally handle it all on my own. The two weeks of him being gone made me think a lot about the women who have to do this all the time.

Yes, the single moms but especially the military wives. Having Zach out of the country was tough because we couldn’t talk whenever we wanted and we were in different time zones. I can’t IMAGINE having him gone for waaaaay longer, being waaaaay further away and being worried about his safety.

Sure, I was nervous about him skiing (hello back surgery!) but that concern doesn’t compare at ALL to worrying about his life the way a military wife has to on a daily basis. I simply can’t imagine it and I have SO much respect for each and every one of you!!!

I’m proud of myself for doing so well on my own! My goal was for Zach to ENJOY his trip and not to have a thing to worry about back here. I didn’t want every phone conversation to be me moaning and complaining about things so I tried SUPER hard to keep it on the positive. (I think) I did a great job at this! While I made it through, I was SO glad to have him back home!!!

What kind of things do you do differently when Daddy is away???

Looking for tips on handling solo mom times? Be sure to read this post on How to Yolo When Parenting Solo. 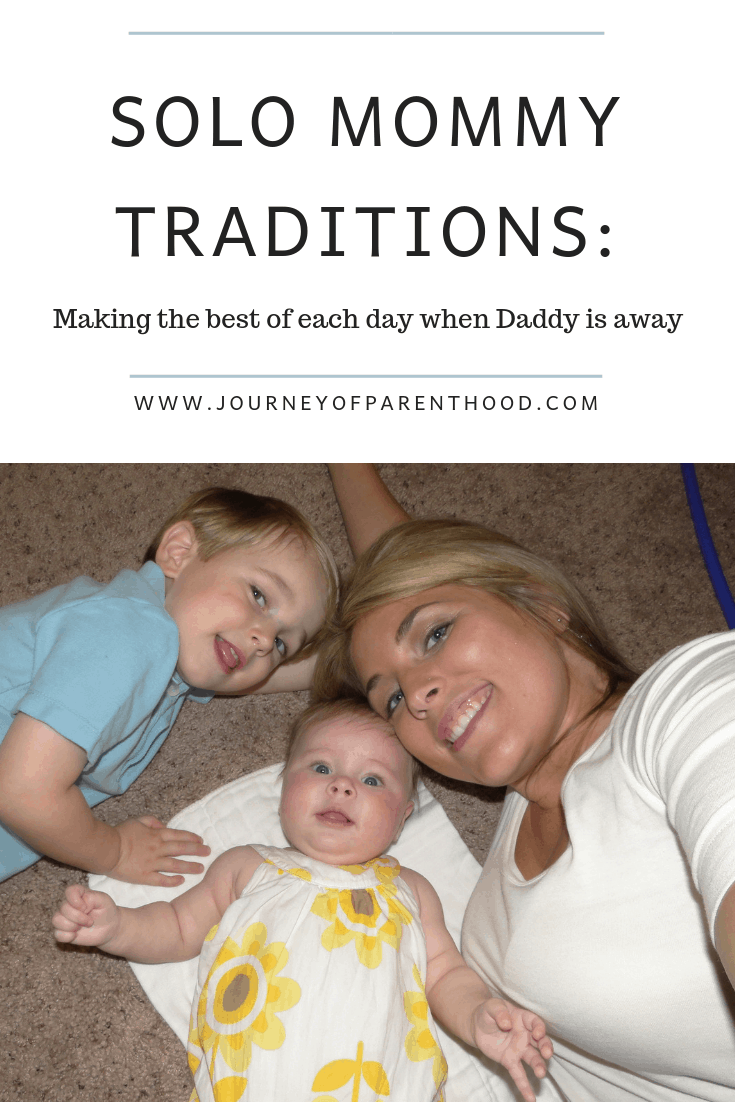