As most of you know, I’ve been a stay at home mom/wife since Zach and I first got married. We got married while we were still in college so technically I’ve never been in the “working world.” Therefore, Saturdays have never been that big of a deal for me. Until now! Now that Kye is in school every day Saturdays are our only day with us all together (Sundays are so crazy with church that it doesn’t count much for “together time”). I understand more why people look so forward to the weekends and my goal is to now make sure we make every Saturday count!!!

On the first Saturday of the school year I was so excited for time with Kye! I had missed him so much that week (as had Britt) and I talked to Zach about Kye and I getting some special time together just the two of us that day. First we started off the morning as a family at the Lowe’s Workshop! It was THE hardest one Zach says he’s ever done. “They” (and by they I mean Zach) built a plane from that new movie, Planes. We haven’t yet seen the movie, but I’ve heard it’s cute? It’s not a Pixar film and was actually supposed to go straight to DVD so when I heard that I figured we’d just wait it out and see it at the dollar theater or wait for it to be on DVD ourselves haha. Anyways, that plane was a BEAST of a build! 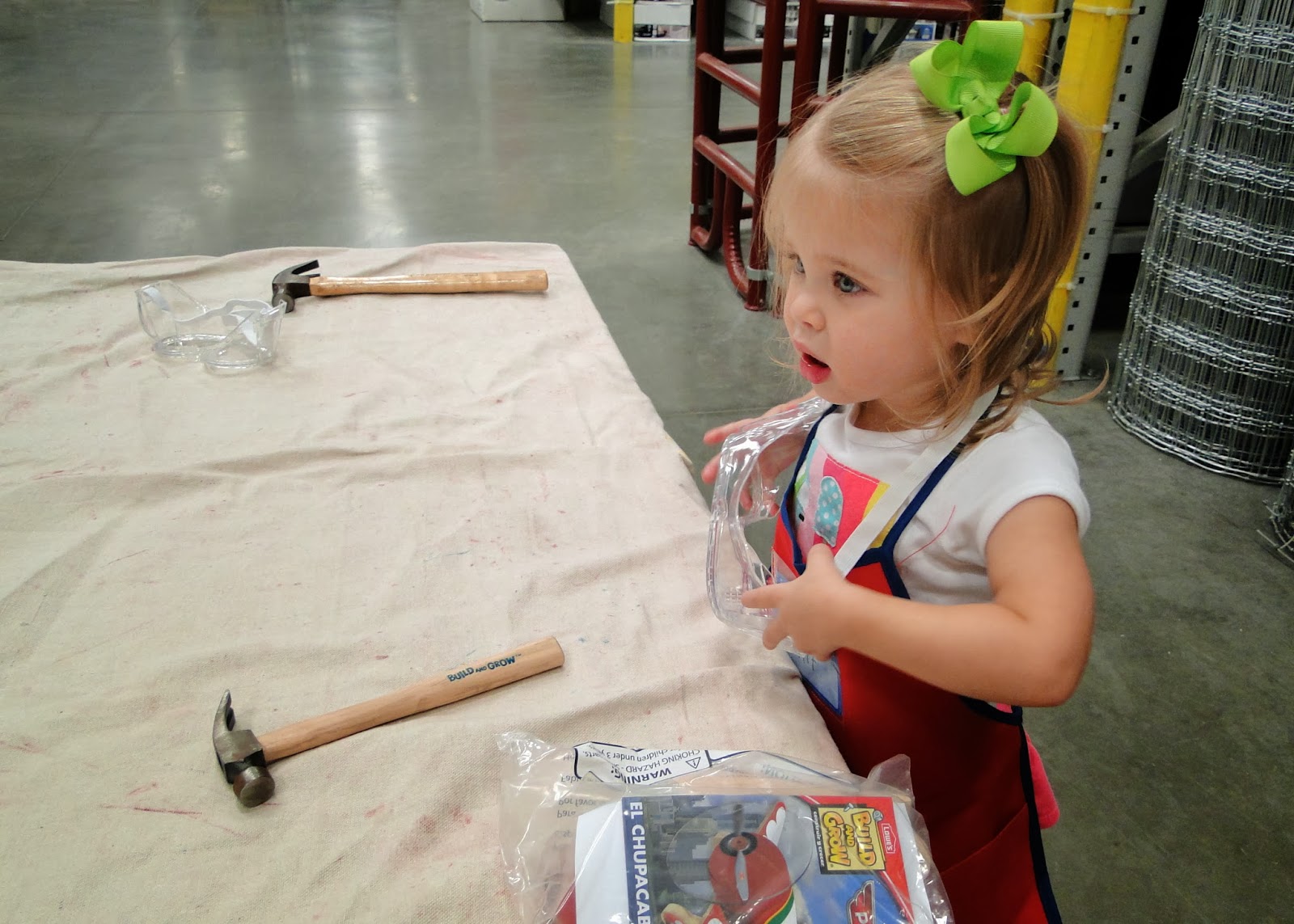 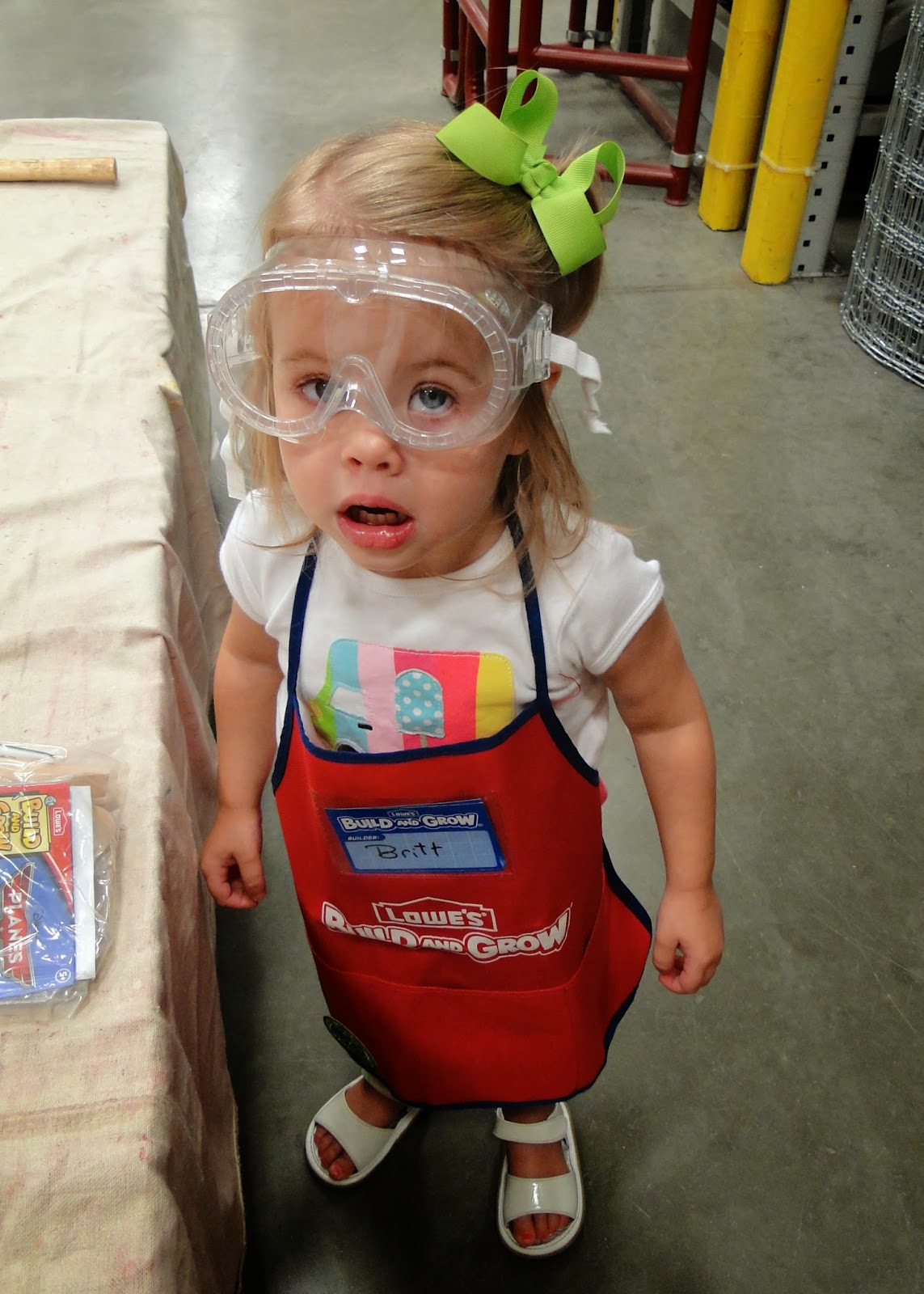 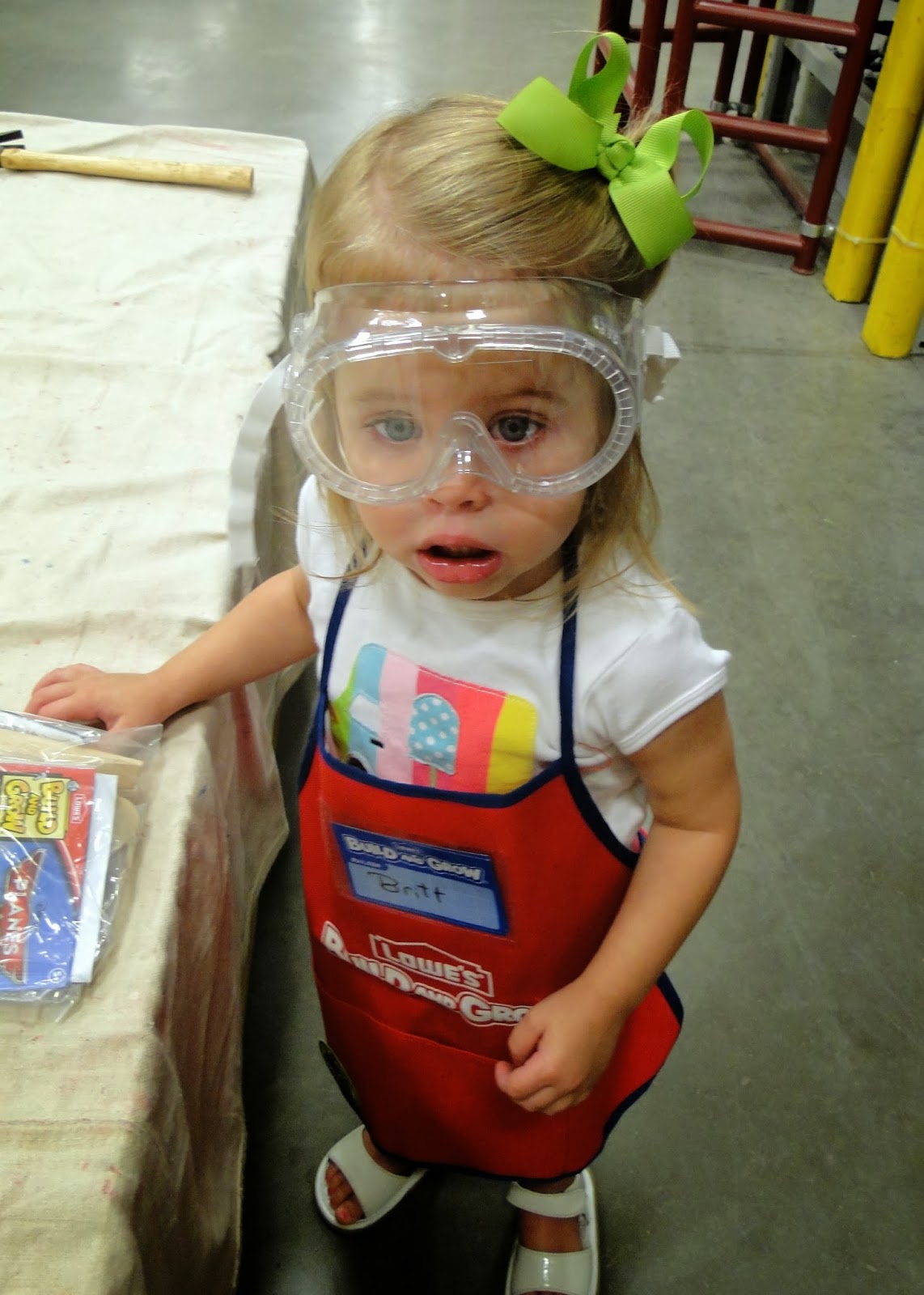 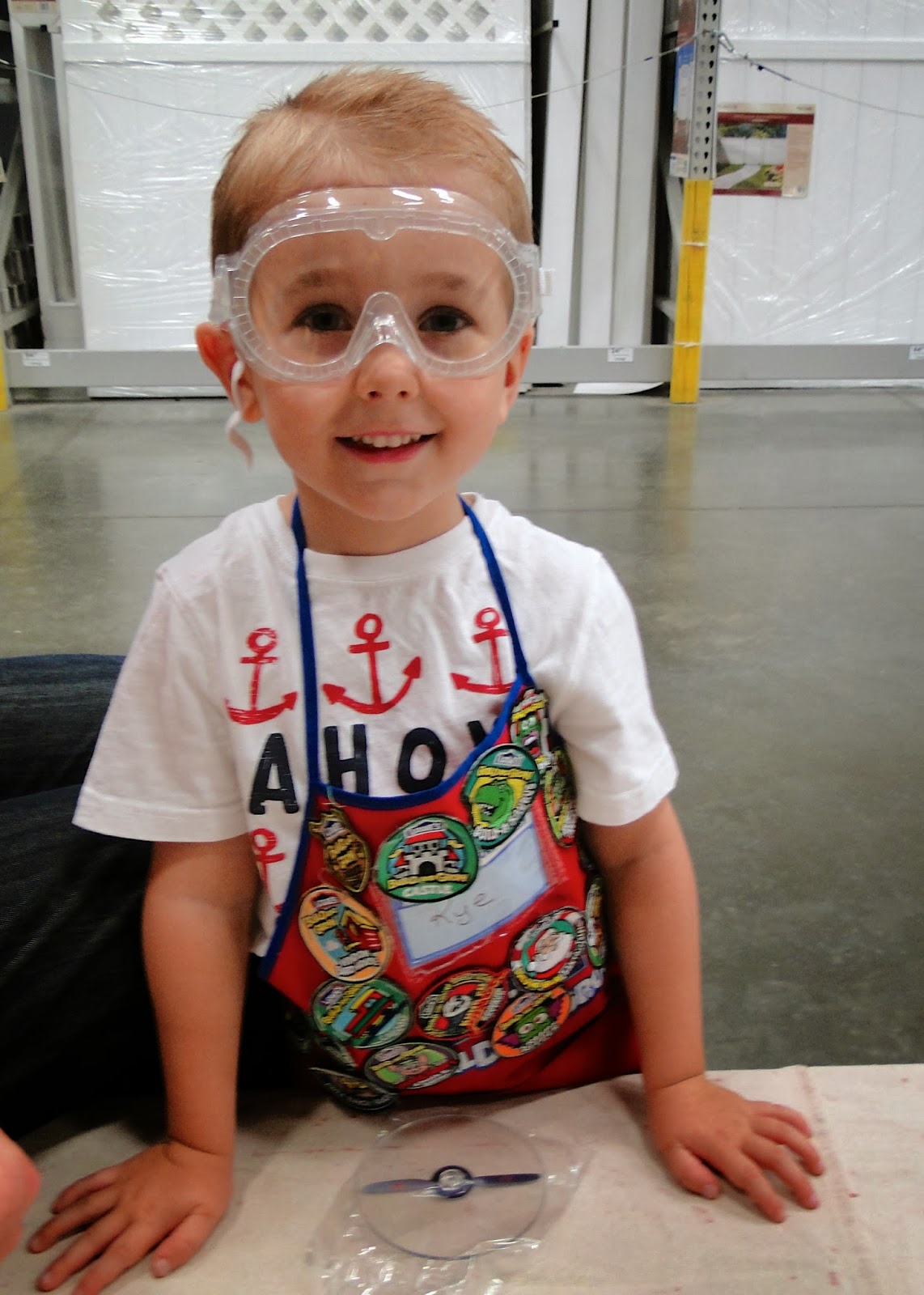 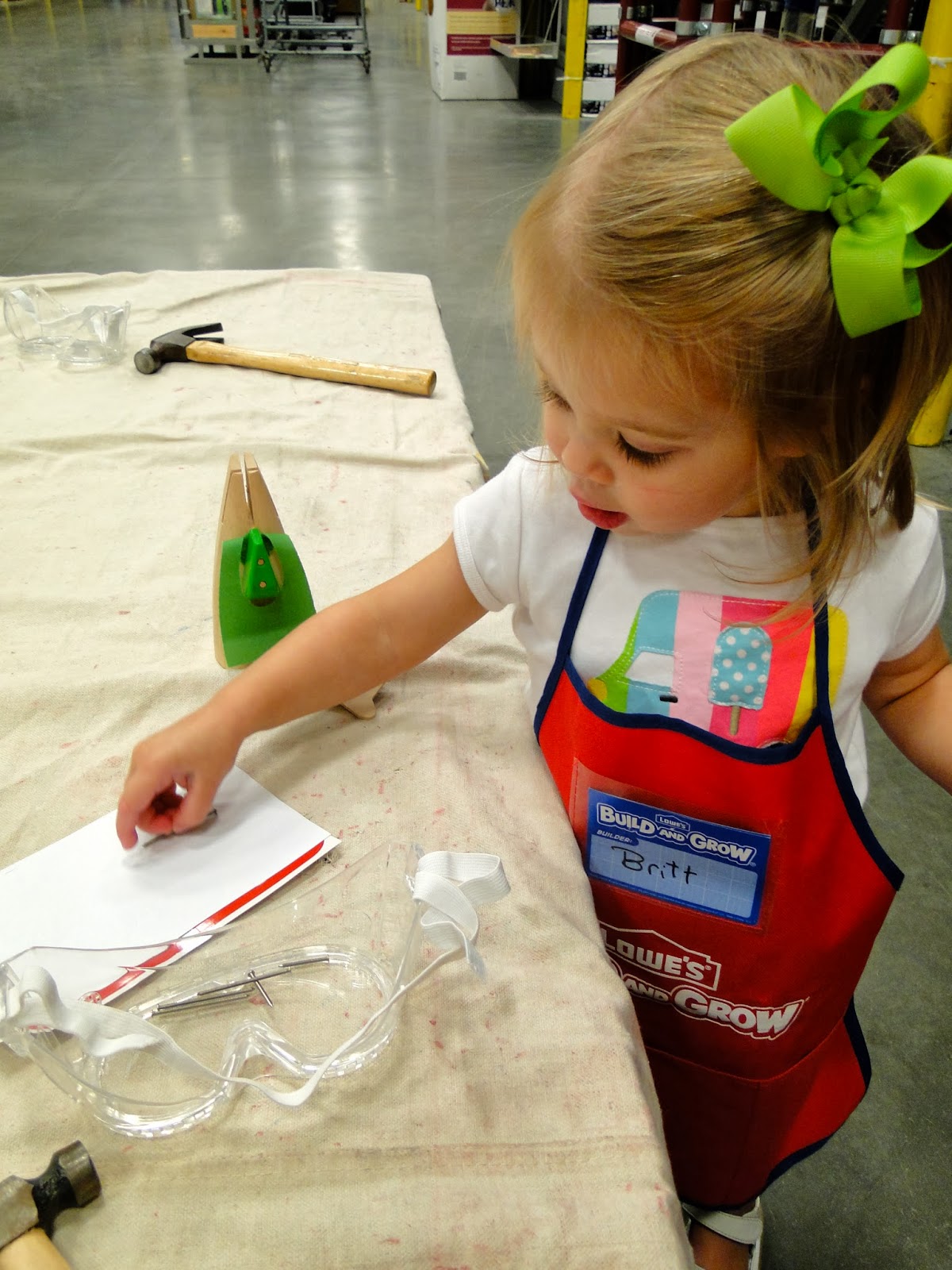 I love how they watch their Daddy…he is loved 🙂 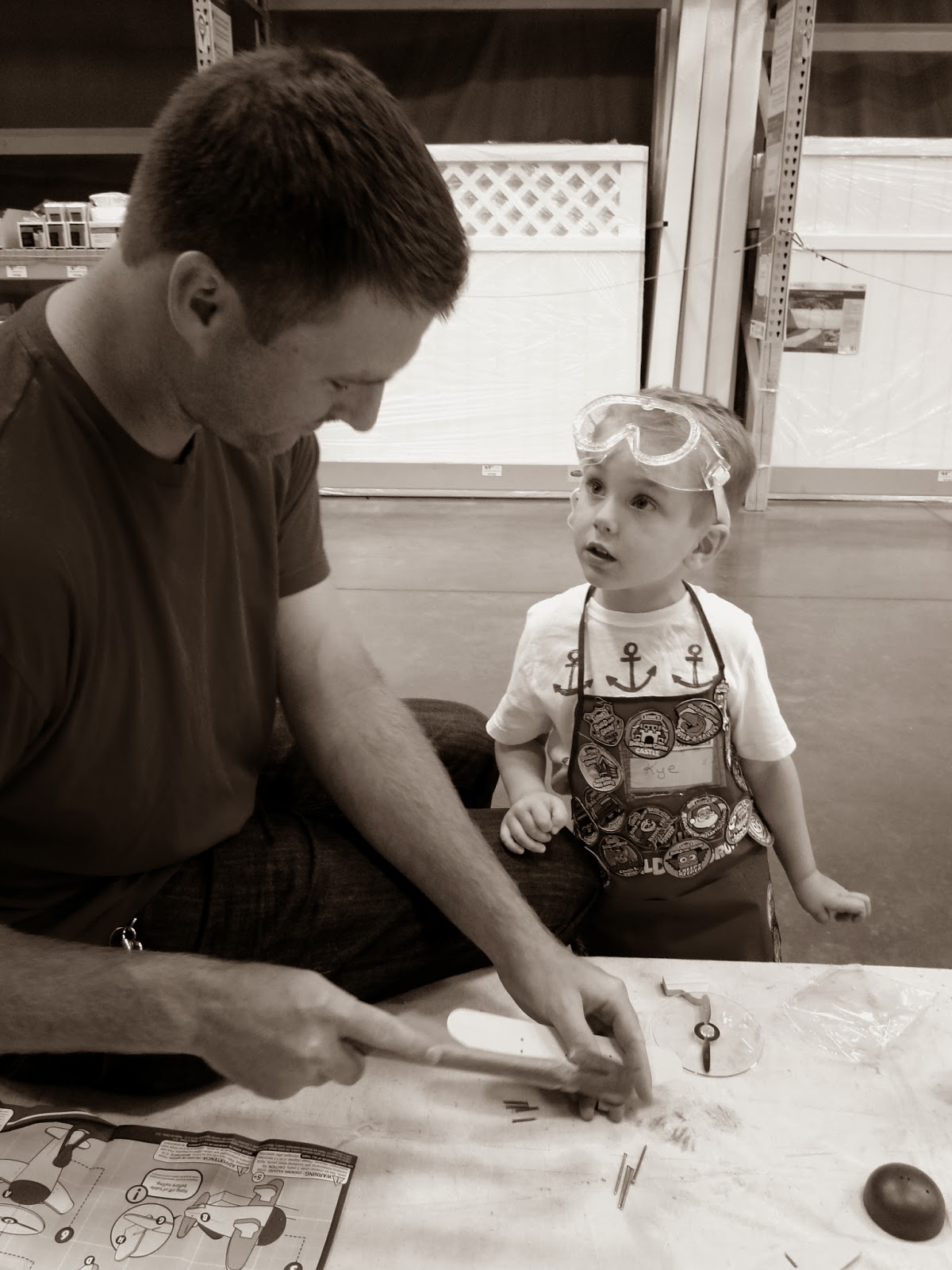 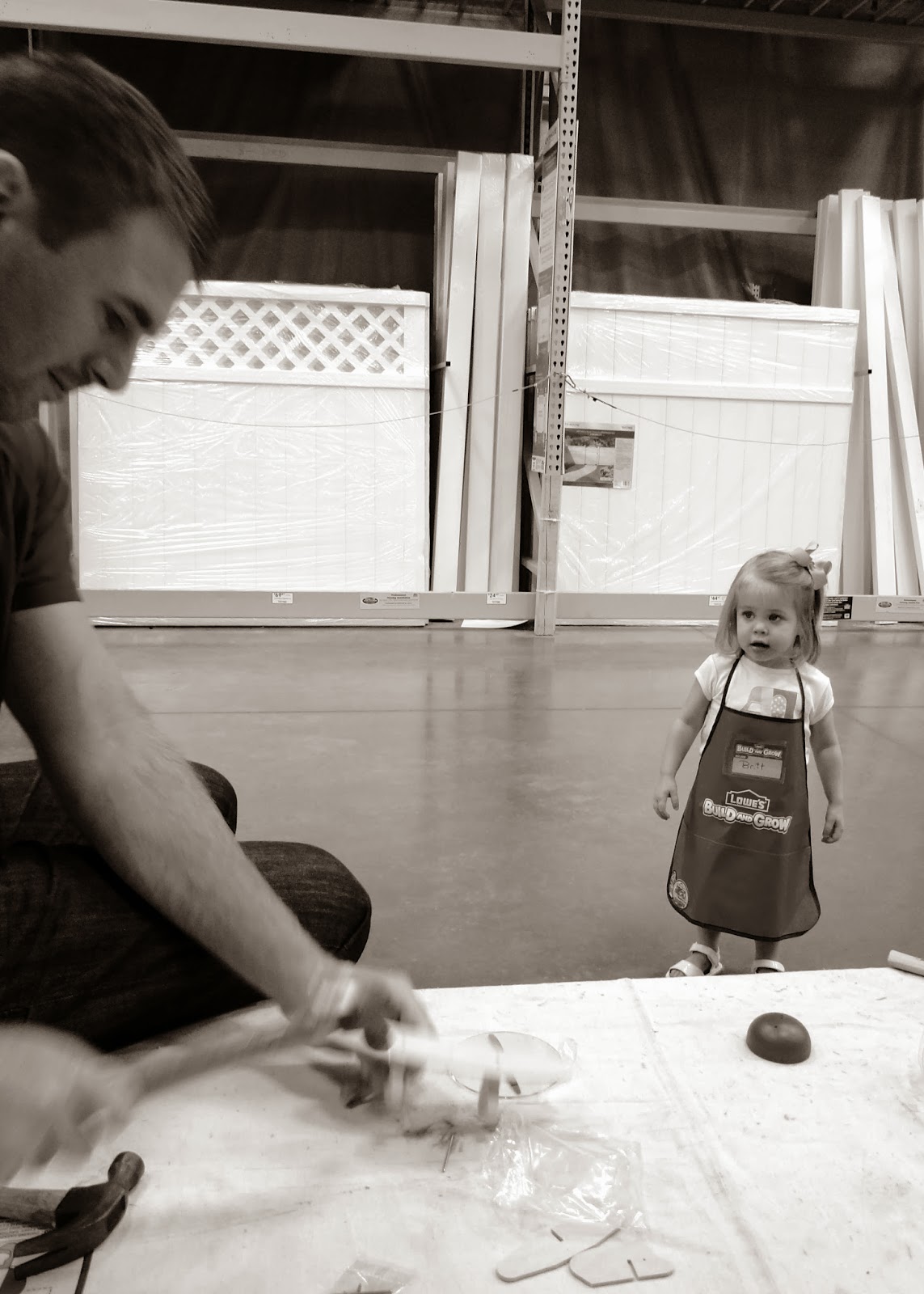 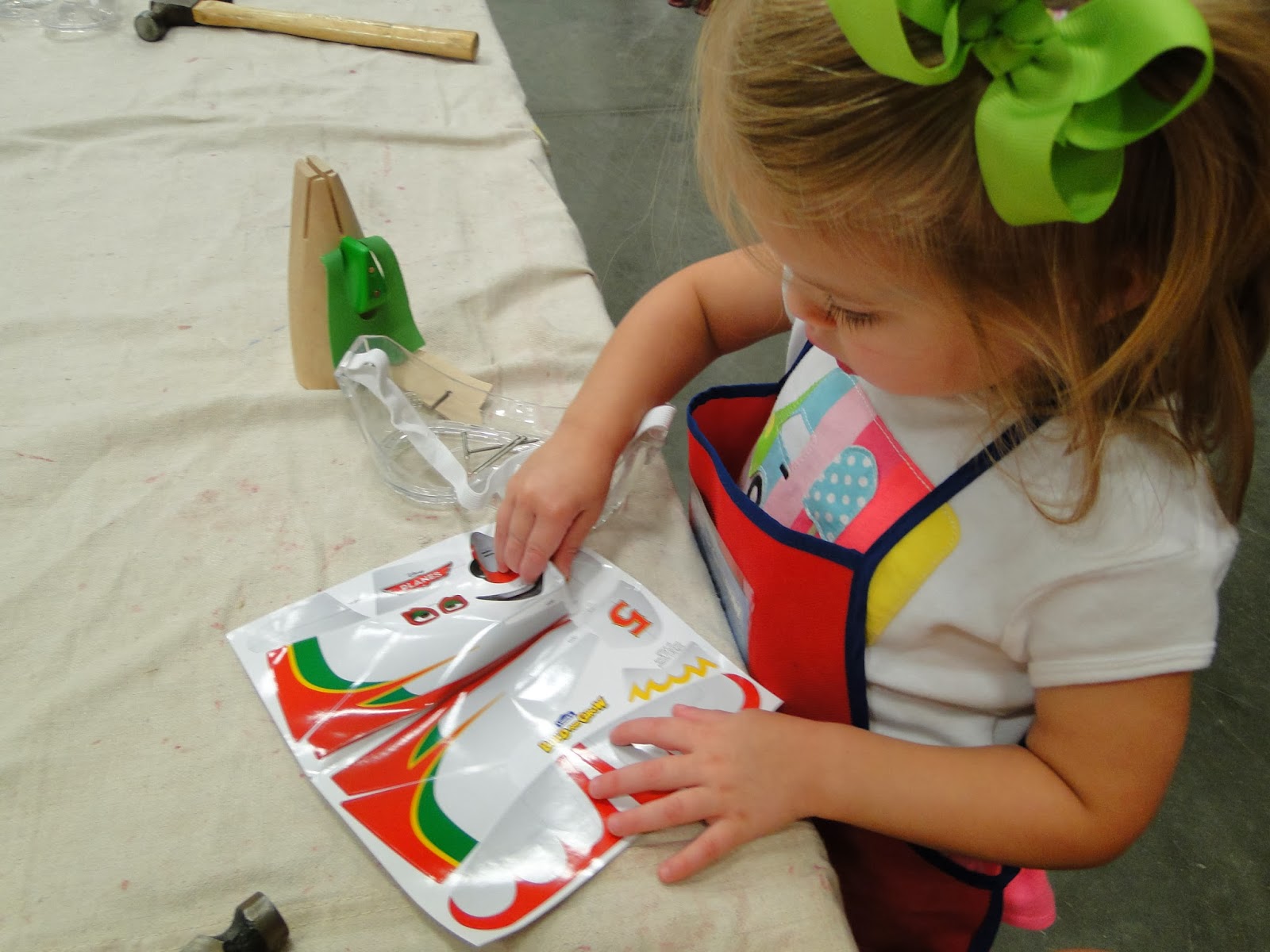 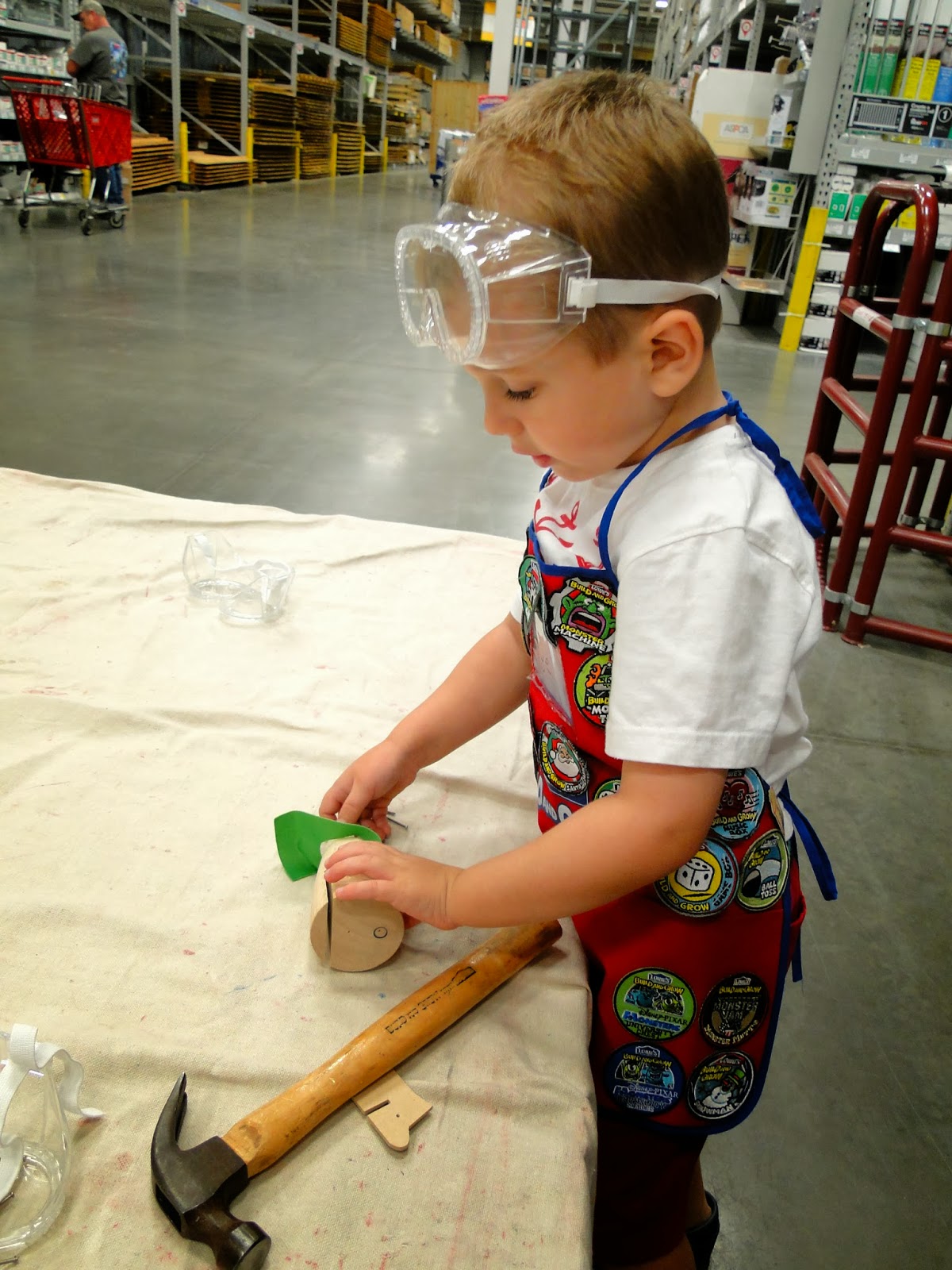 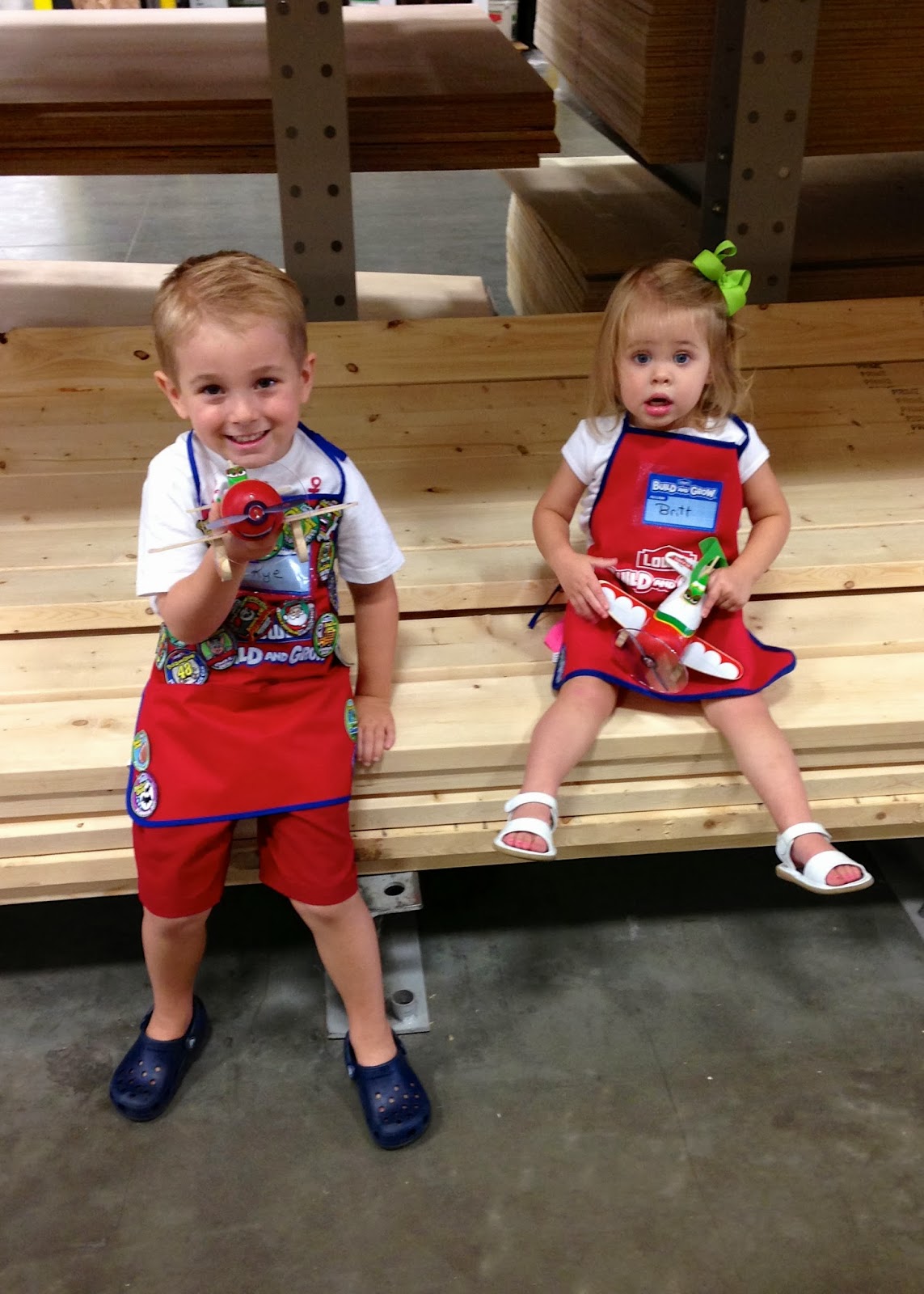 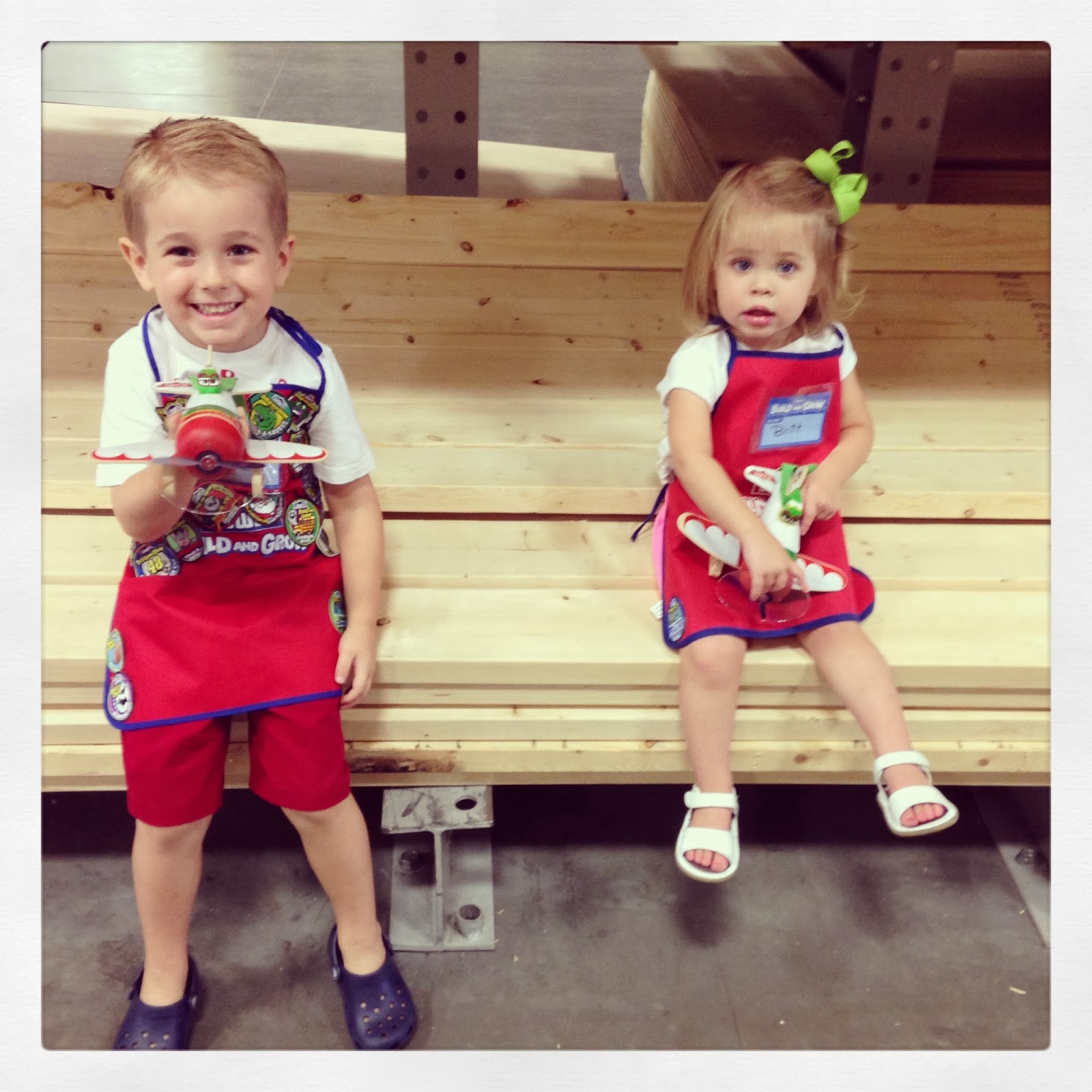 After we finished at Lowe’s, Kye and I started our date day and Zach took Britt home for some solo time with her. He told me they had an AWESOME time! They went swimming and enjoyed time just the two of them while Kye and I enjoyed our solo time too. We had awhile before either of us would be hungry for lunch so I took him to the dollar store and let him pick out one special toy. This is the first time I can remember ever buying him something randomly? Once he had some of his own birthday money he got to spend somewhere, but we don’t typically buy stuff on a whim. He was SUPER excited and I also let him pick out something to take home to Britt as her present too!

You can REALLY see how his eyes are hazel/green in this pic! 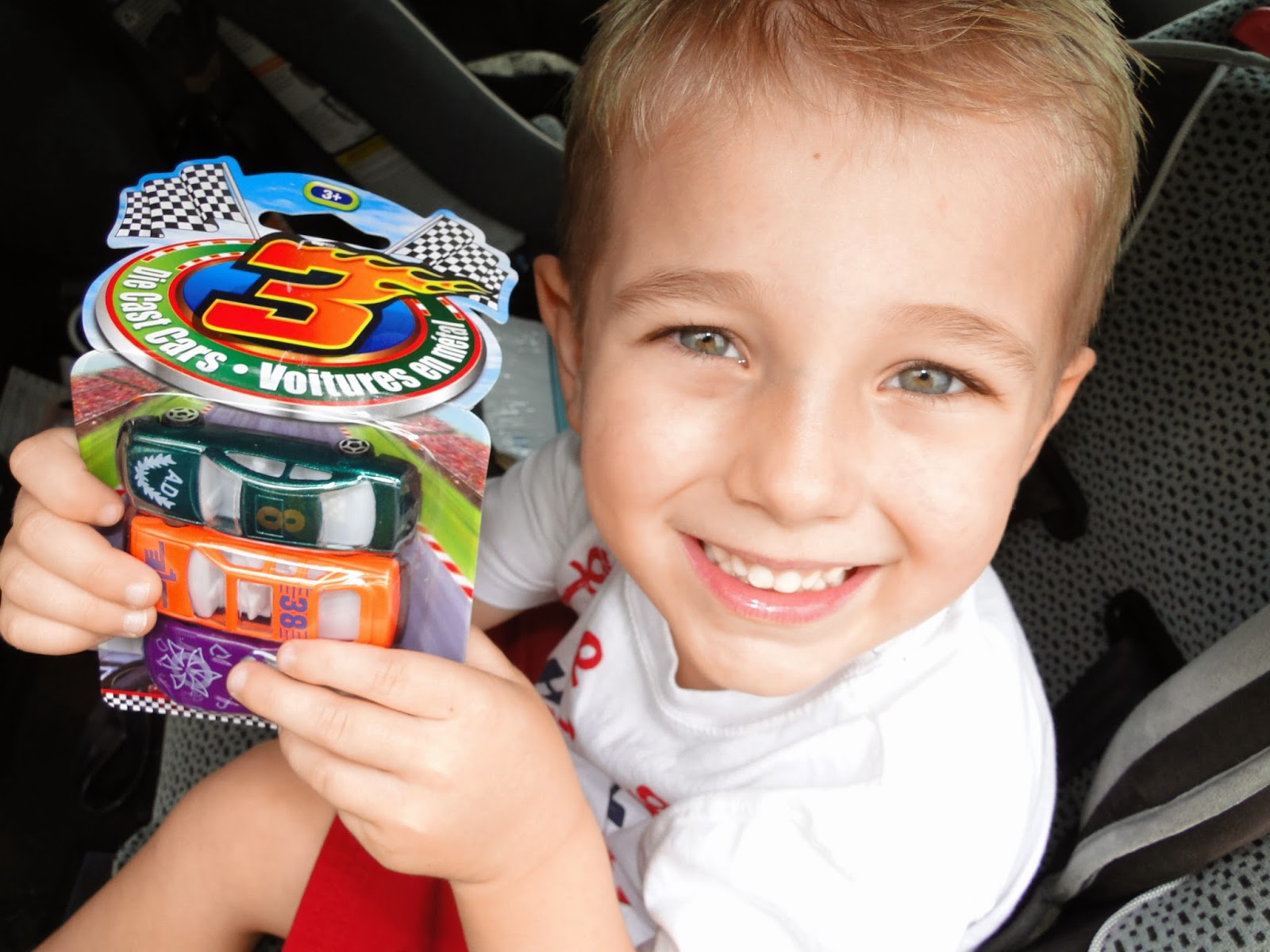 For lunch we went to the mall and ate Subway. I’d been craving it since St Augustine (we usually get Subway when we go to the carousel but this year we didn’t so I’ve been wanting it ever since!). I let Kye request his own sandwich stuff and he chose ham, cheese, and honey mustard. So random but he LOVED it and ate every bite!!! 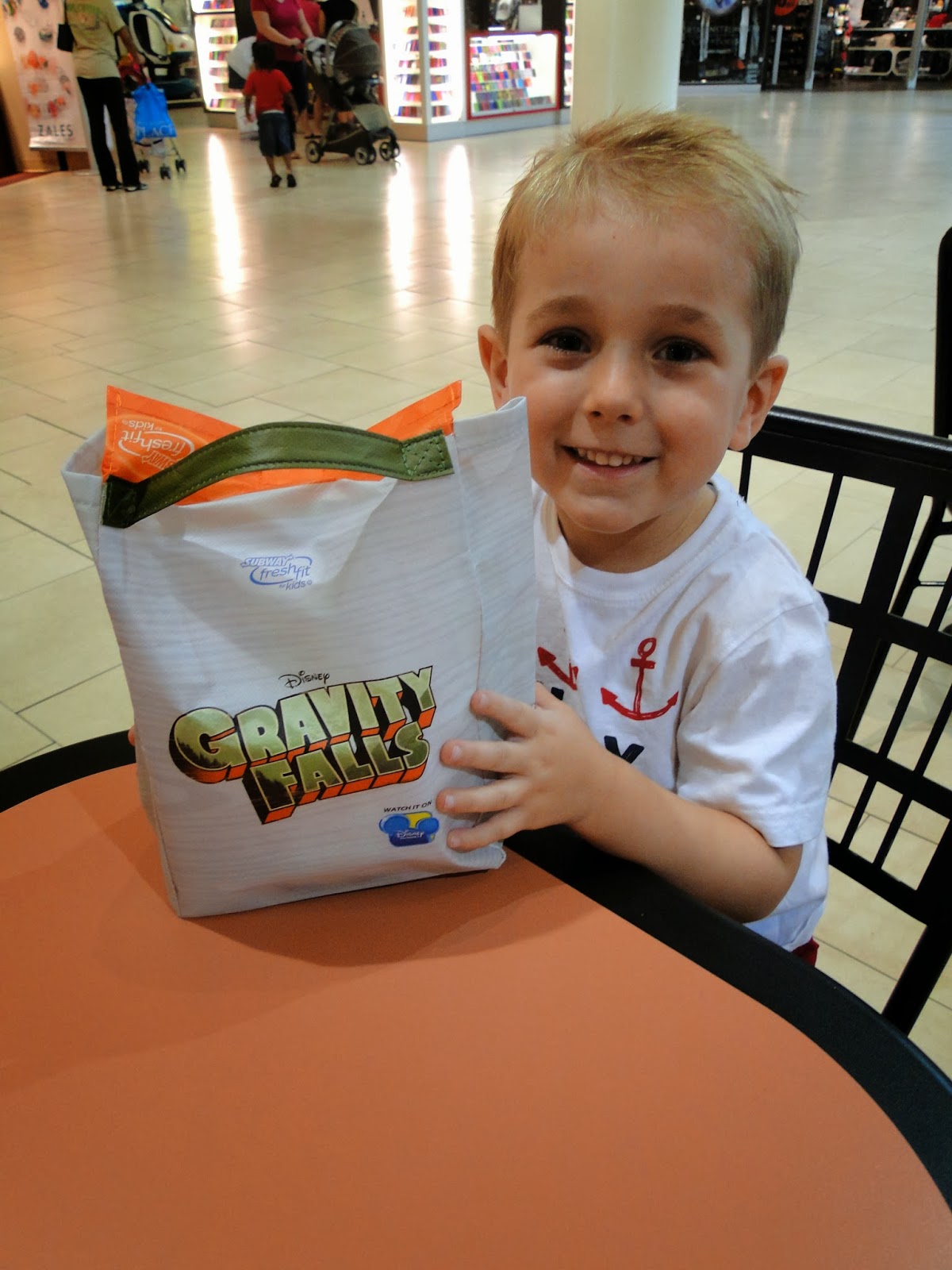 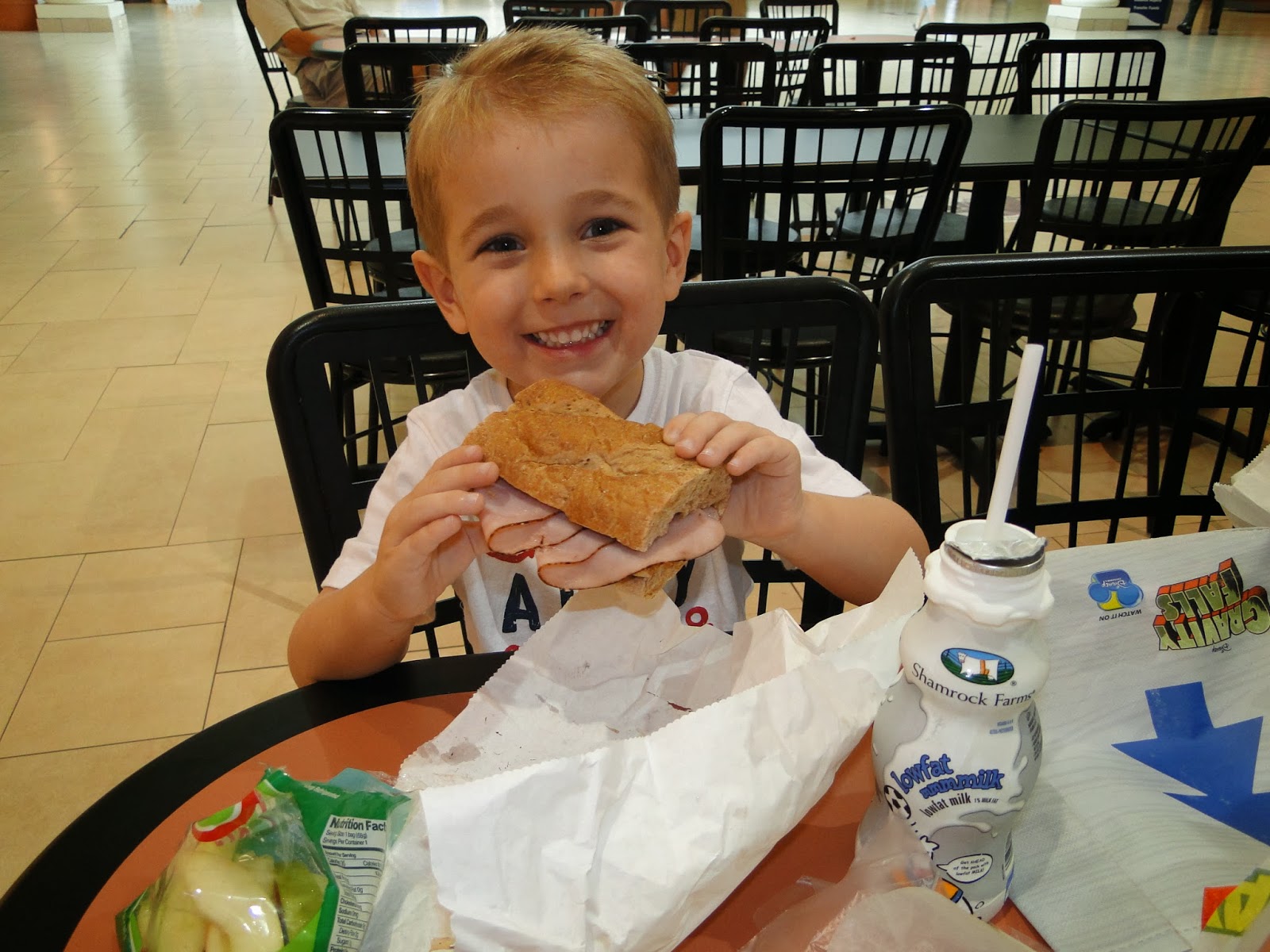 When we finished I asked him if he had anything else he wanted to do at the mall. I was just joking around when I said it…b/c what would a four year old need from the mall?!?! But he said he did have something he wanted to do before we left but that it was a surprise. He had me walk with him and kept saying “I think it’s down here.” We went all the way down one side of the mall and he said we had to turn around b/c we’d gone to the wrong place. I literally had NO CLUE where he was taking me but I went with it! We walked down another area of the mall and he said “here it is!” He had lead me to a photo booth thing that I seriously had never noticed before at the mall. How he knew it was there, I have no idea. But, legit, he said “I know you love pictures and I want this date to be special for you Mommy.” Sweetest. Thing. Ever. I got super emotional about it and showered him with praise and thanks b/c that was seriously BEYOND thoughtful and sweet and meant the world to me!!! The pictures cost $3 but even if they’d cost $20 I so would have done it anyway. When we got in the booth I told Kye he could make all the choices for the background and stuff and he said he wanted the one that said I love you on it because it’s our special date pictures. We each have a copy of them in our rooms and it makes me smile EVERY time I see it!!! 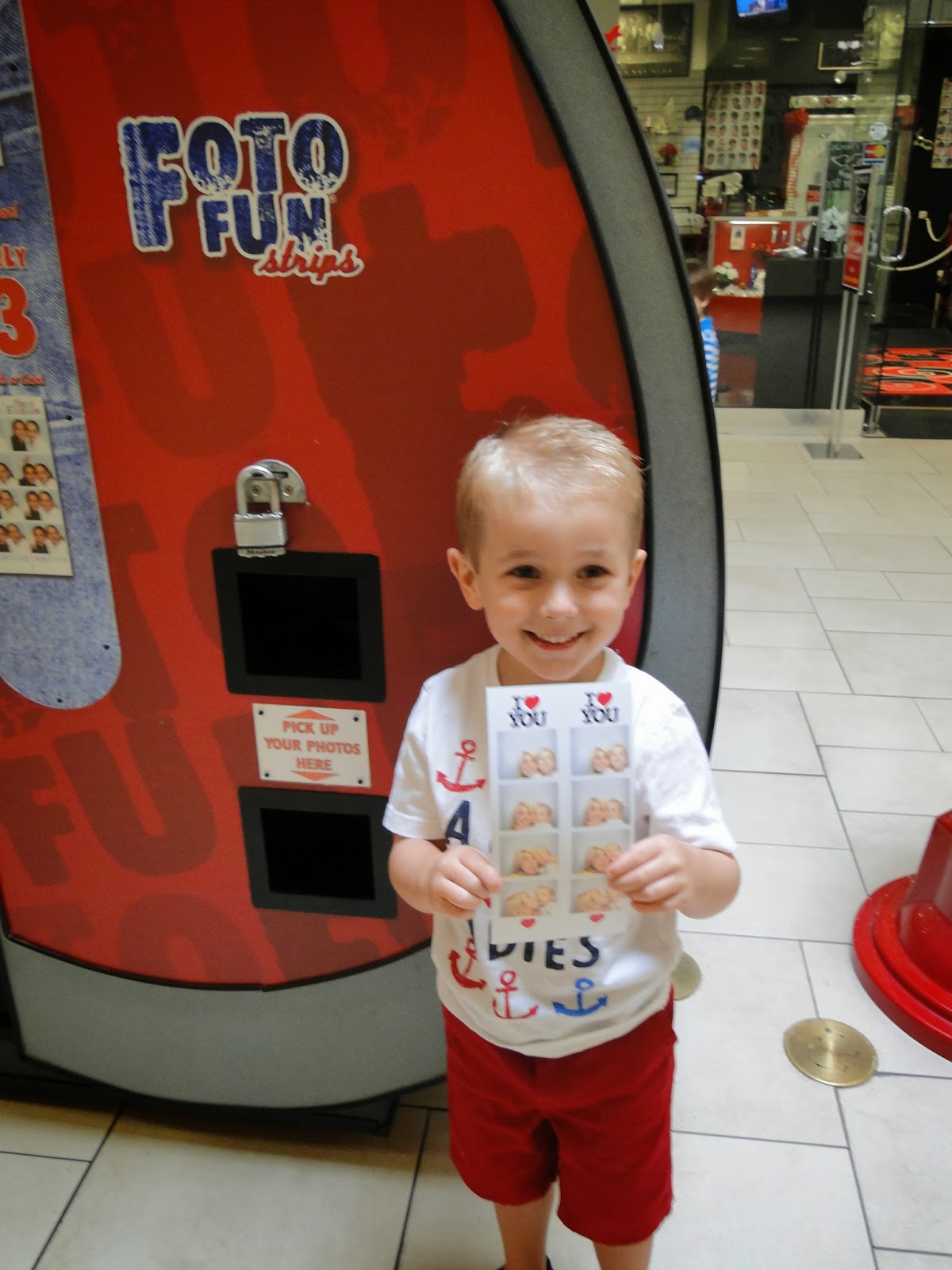 I LOVE spending time with Kye and just talking and being with him. He tells great stories and loves to hear my stories from my childhood too. We talked and talked all through lunch, while we walked hand and hand through the mall, and then continued our special time at The Mix. It was Kye’s pick, of course, but he said he wanted to go there because it’s our special place together. We were the only people in the place and chowed down on our treats! 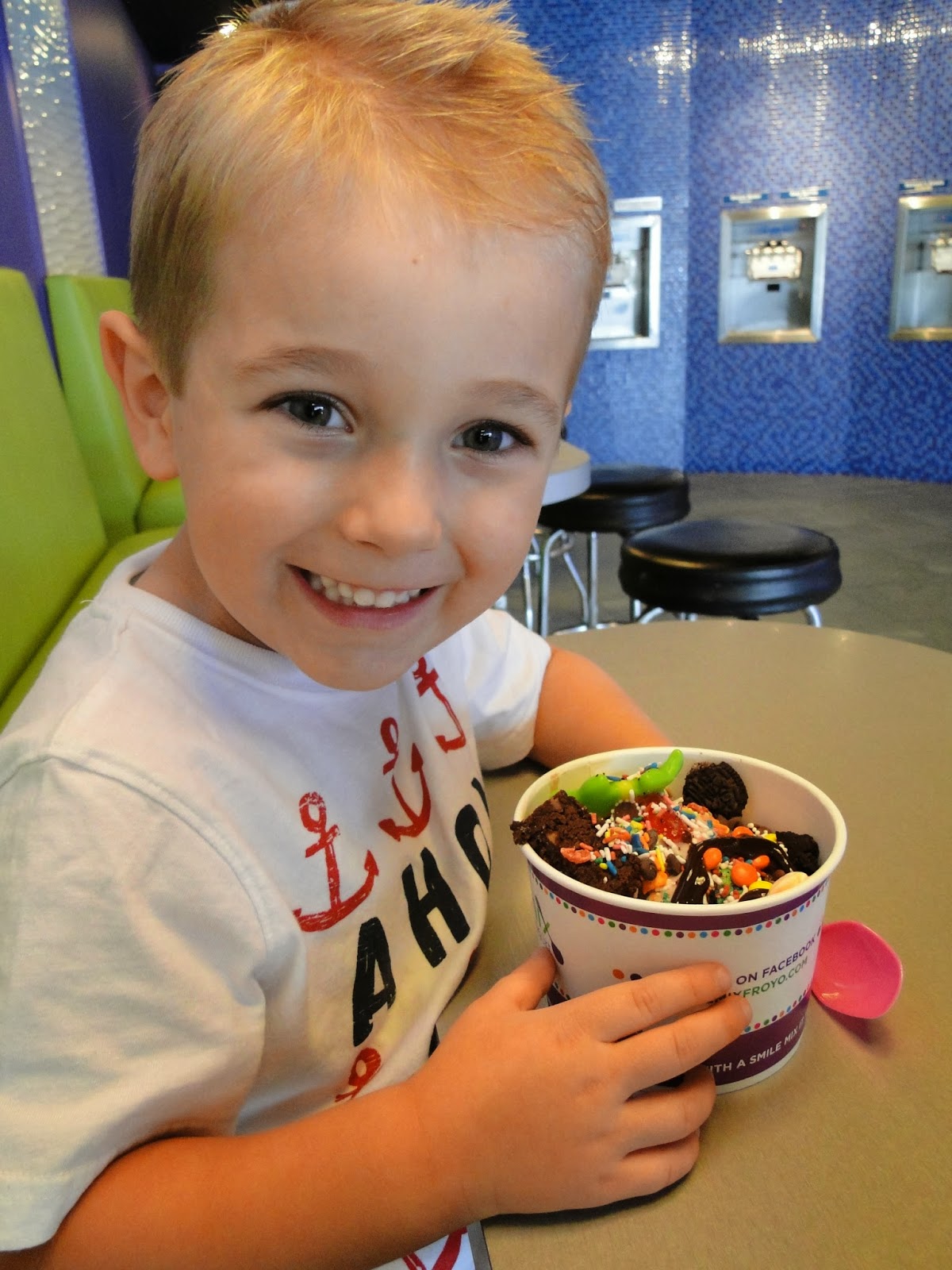 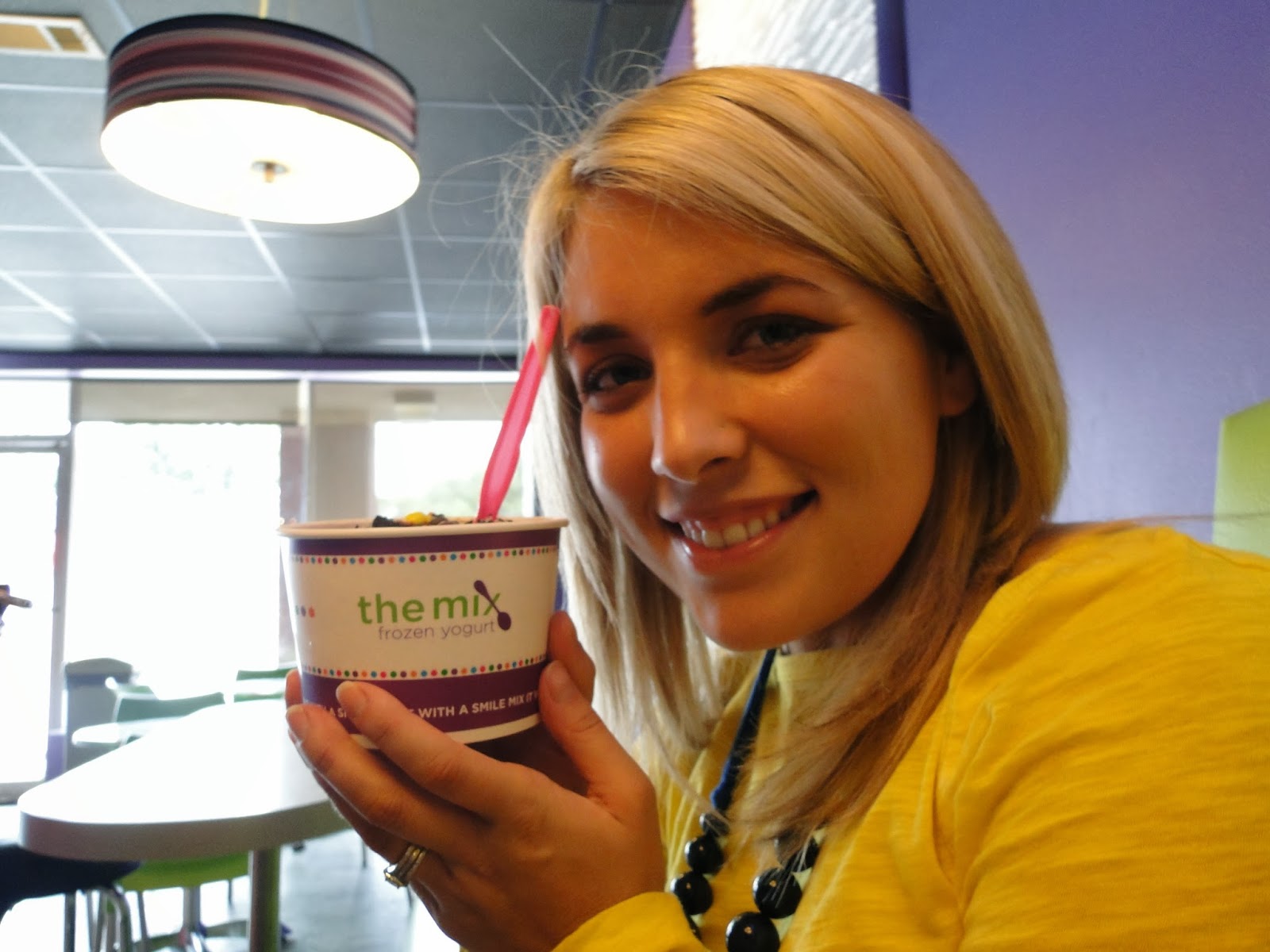 We got home just in time for Kye’s nap. That morning was EXACTLY what I needed! I miss my sweet boy during the week and it was so wonderful getting that quality time together. I think now that he’s in school every day, our “dates” are more important than they were before. I enjoy them probably even more than Kye does! That afternoon Katie came over to celebrate Zach’s birthday and I told Zach I’d cook anything he wanted for dinner as his birthday treat. He chose buffalo chicken dip haha. I mean is that a meal? But his wish was my command and Katie LOVES some of that dip too! It brings back good memories from all of our Christian Student Center Days for sure! 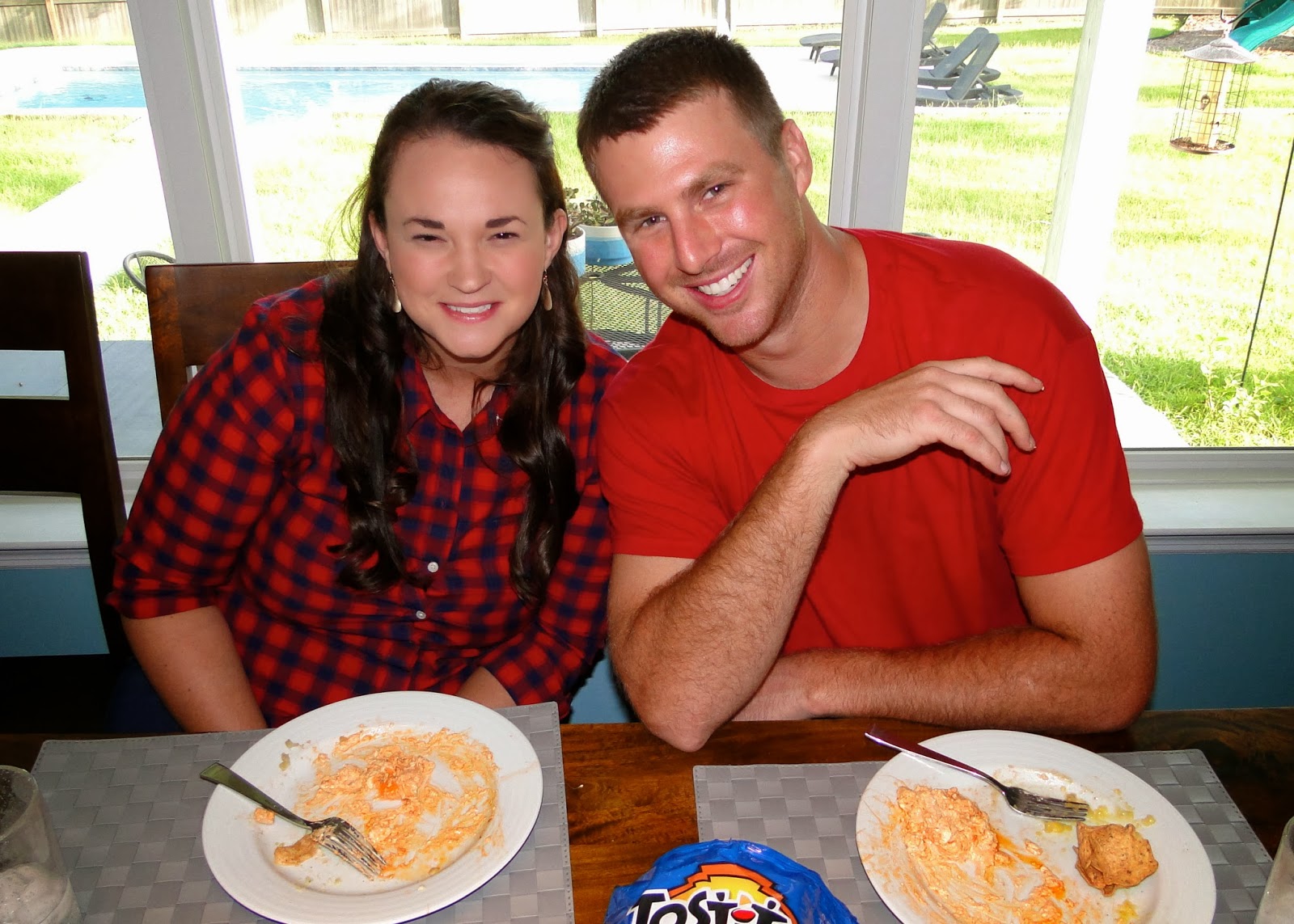 The kids enjoyed the chips more than the dip 😉 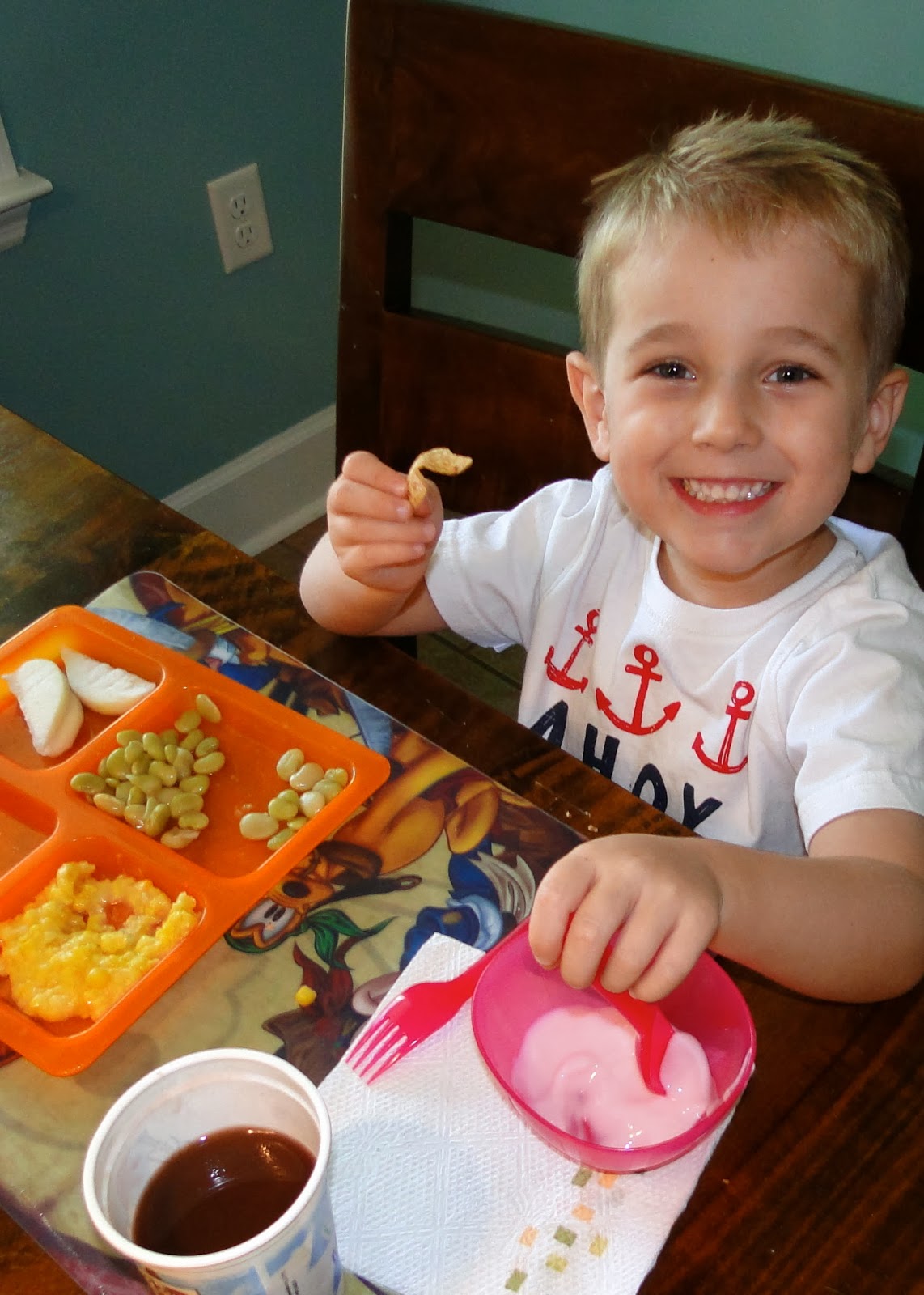 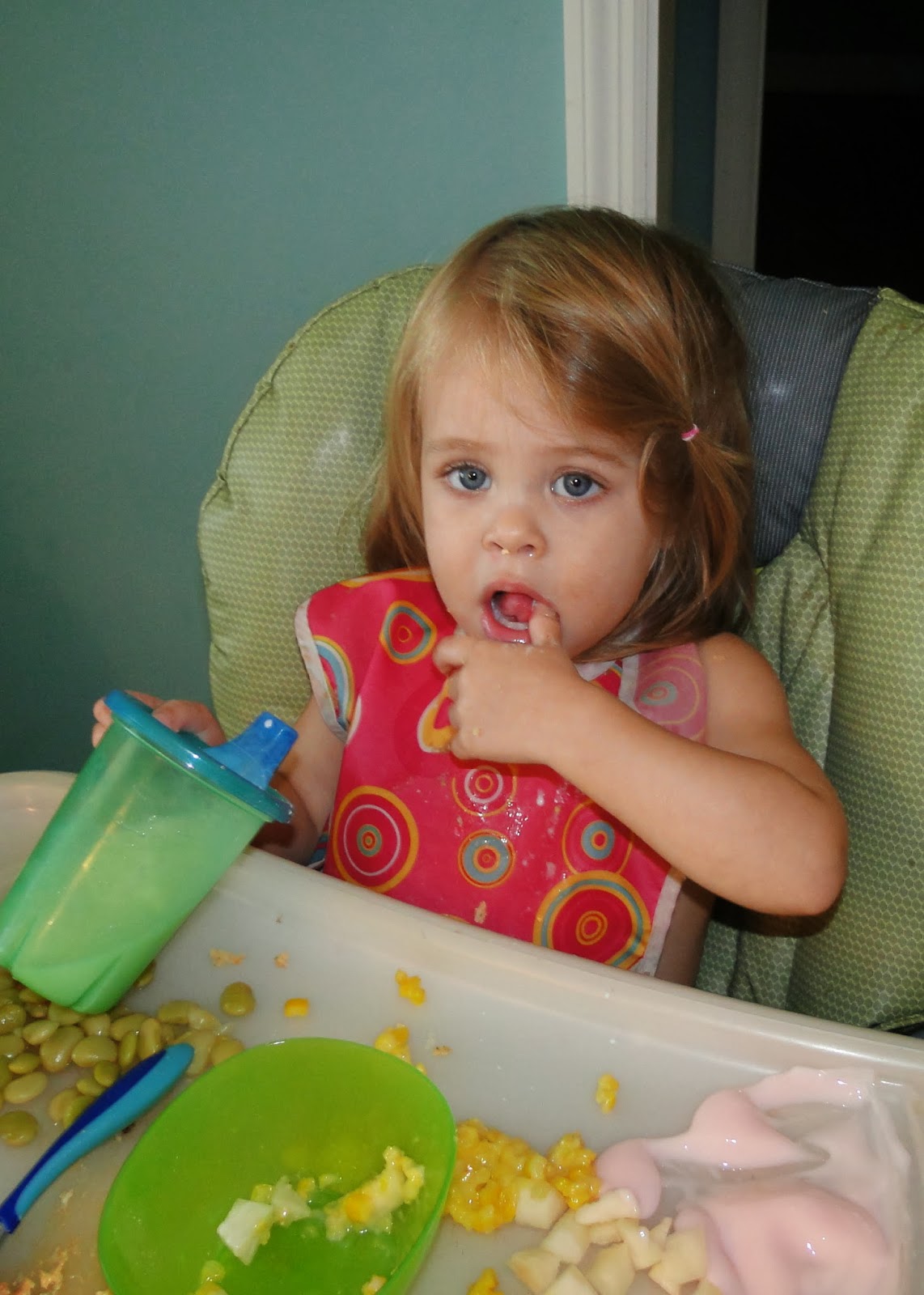 We had a wonderful visit with Katie (as always!). We busted out some old school Mario Kart and had a blast! It was such a great little Saturday…nothing major, but a day filled with fun and together time!