When we first started Kye at preschool he went for three mornings a week. This year marked the first year of five mornings a week. Ugh, I’ve been dreading this day. I mean once we get home from school the kids eat a quick lunch then nap and by the time naps are done it’s almost dinner time…that doesn’t leave much time for ME to get some Kye lovin’! Mornings are my favorite time with my kids because we have the biggest chunk of free time to do fun things together. And now Kye won’t be here in the morning.

The transition to five days also meant that I wouldn’t be able to be lazy on any days either. Every day I have to drop him off and pick him up. From now on, every morning will be this way. Until my last kid is done with school! Something about Kye going to school every day just makes him seem so grown. It’s so hard for me to believe my little baby is a big boy at preschool!!!

I’m so, so thankful we decided to keep him in a half day program. I can’t imagine when the day comes that he’ll be gone all day. I’m not ready for that at all nor do I think I ever will be! But most of all, he’s not ready for it. He needs his rest and I would feel so much guilt having him in an all day program where he wouldn’t be able to nap!

This year I took the kids solo to open house for Kye’s school because Zach had to work. HUGE MISTAKE. Oh my goodness. I was beyond embarrassed. Last year I’d made a not-so-stellar first impression with his teachers because I had the dates mixed up and came the wrong day to Open House. This year? I made sure I was EARLY. At first everything went perfect. Kids were great. I visited with other moms. Then we got into the school and they had us all wait until more parents were there before it started. So we waited a solid 20 min or so. Britt was an angel but she’s not even two yet. That’s a LONG time for her! They had activities and stuff for the older kids and Britt wanted to play with them and it just caused a struggle. Once the teacher meet-and-greet finally got going all the kids were happily playing and didn’t want to have to stop. I had to bring Britt with me, I couldn’t leave her with random people I didn’t know! She got SUPER upset about leaving the toys and games they were playing and had a mega meltdown. I couldn’t hear anything the teacher said and had to take Britt to the bathroom to spank her and then we tried again and she busted out crying right away when we walked back in. ALL the teachers for the 4 and 5 year old classes were there as well as ALL the parents. Can we say mortified? I calmly carried my screaming child into Kye’s class and nicely told his teacher that we would have a redo on the first day of school with our introductions. Then I told Kye we had to leave and he had a meltdown. He was upset that everyone else got to stay and that we didn’t get to really see his teacher and stuff. Meanwhile Britt was so bad with her tantrum that she bucked her head back and busted my lip. Next year? Zach will be with us. 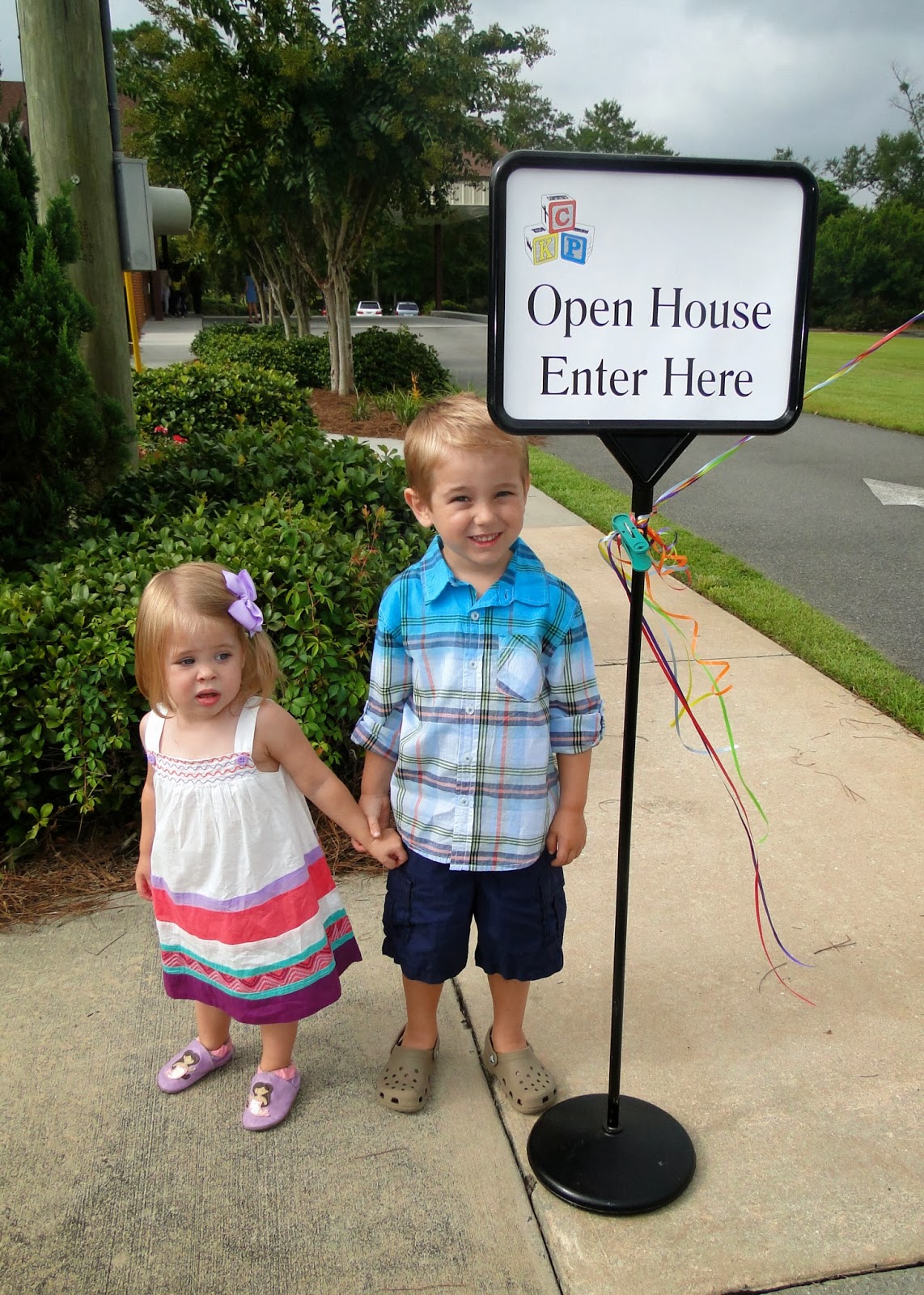 Kye has a binder this year for school and his sweet teacher gave each student a little goody bag! 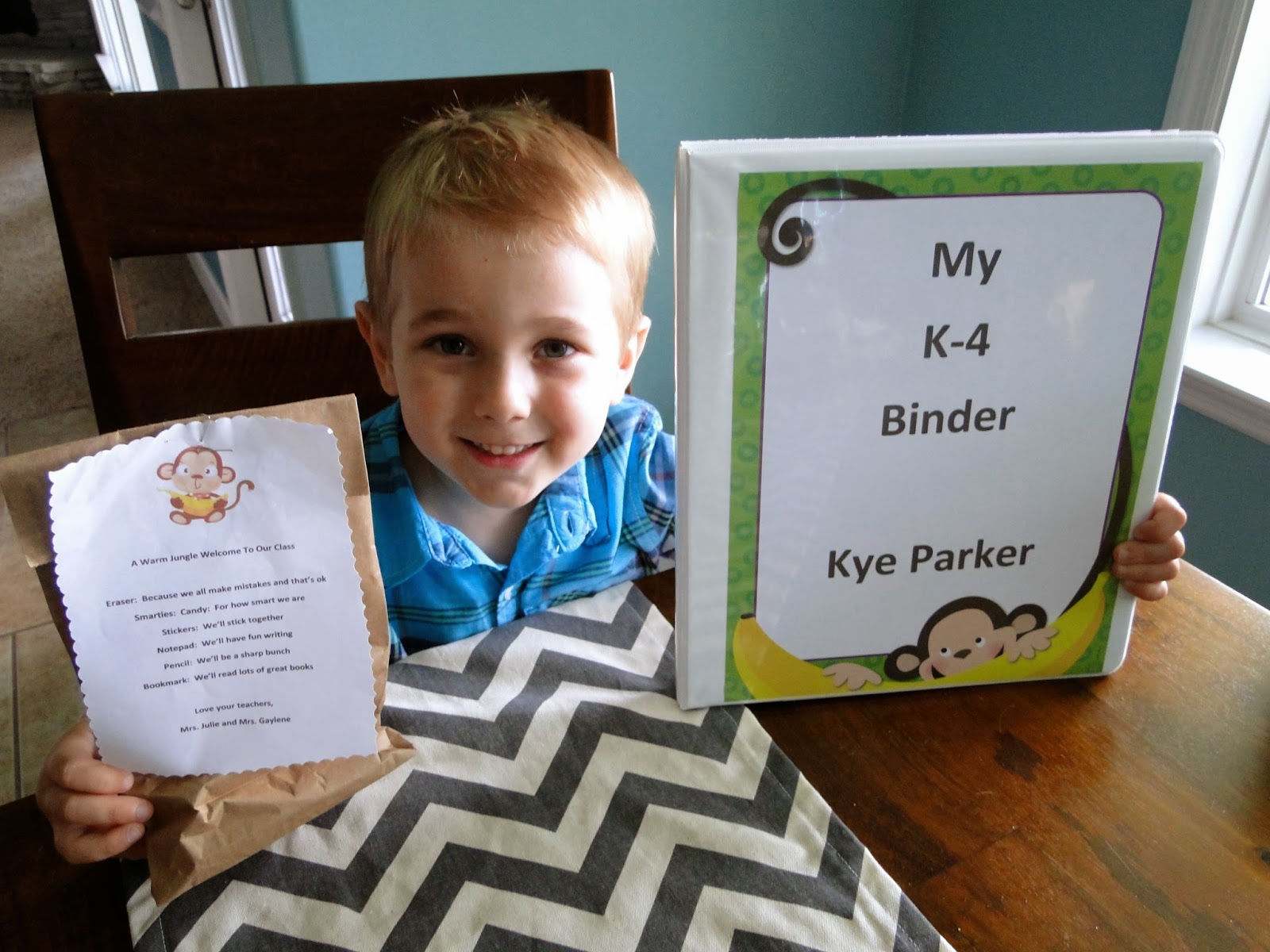 I was eager for the first day to be able to have a better start and Kye was excited to see all of his friends!!! 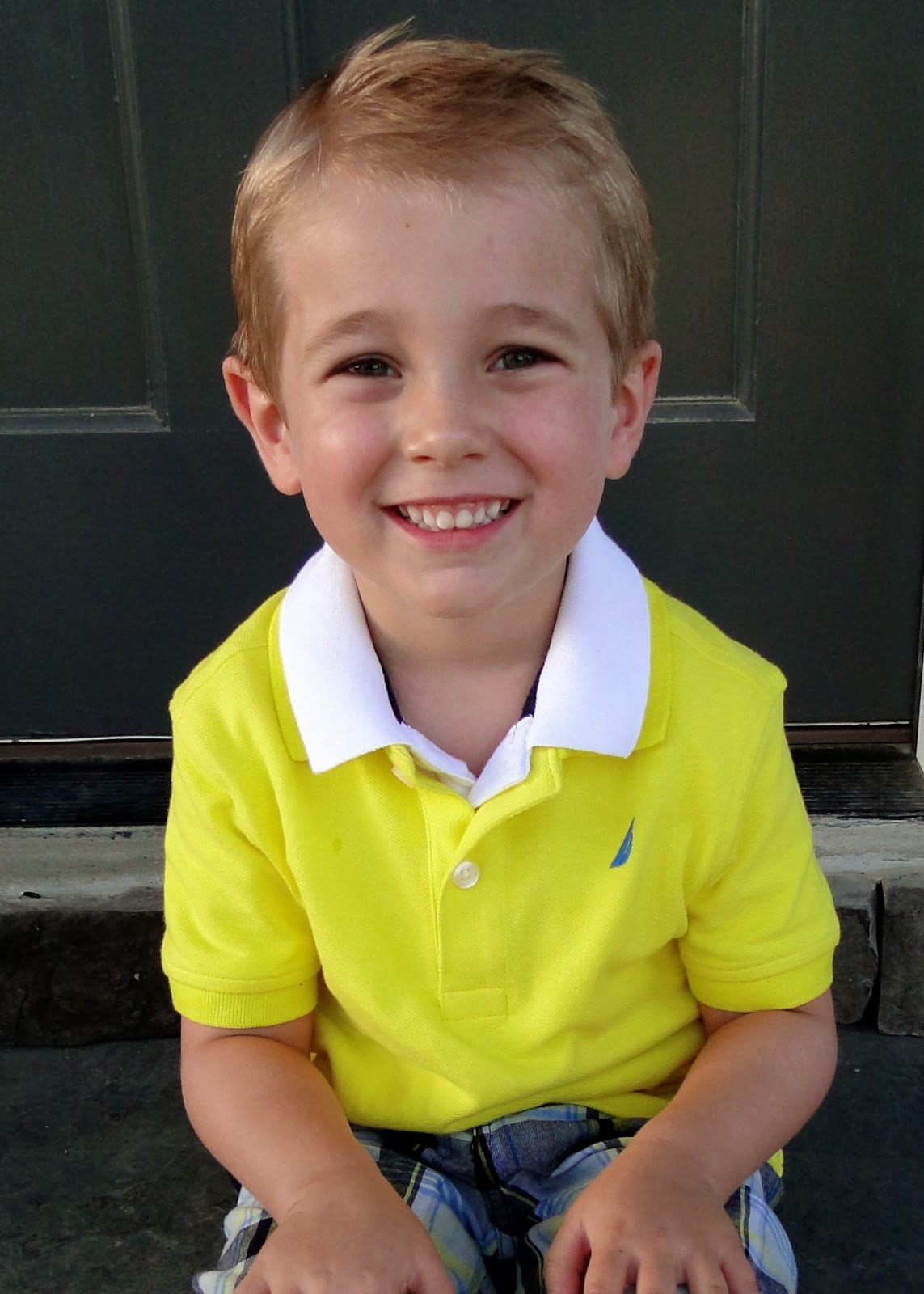 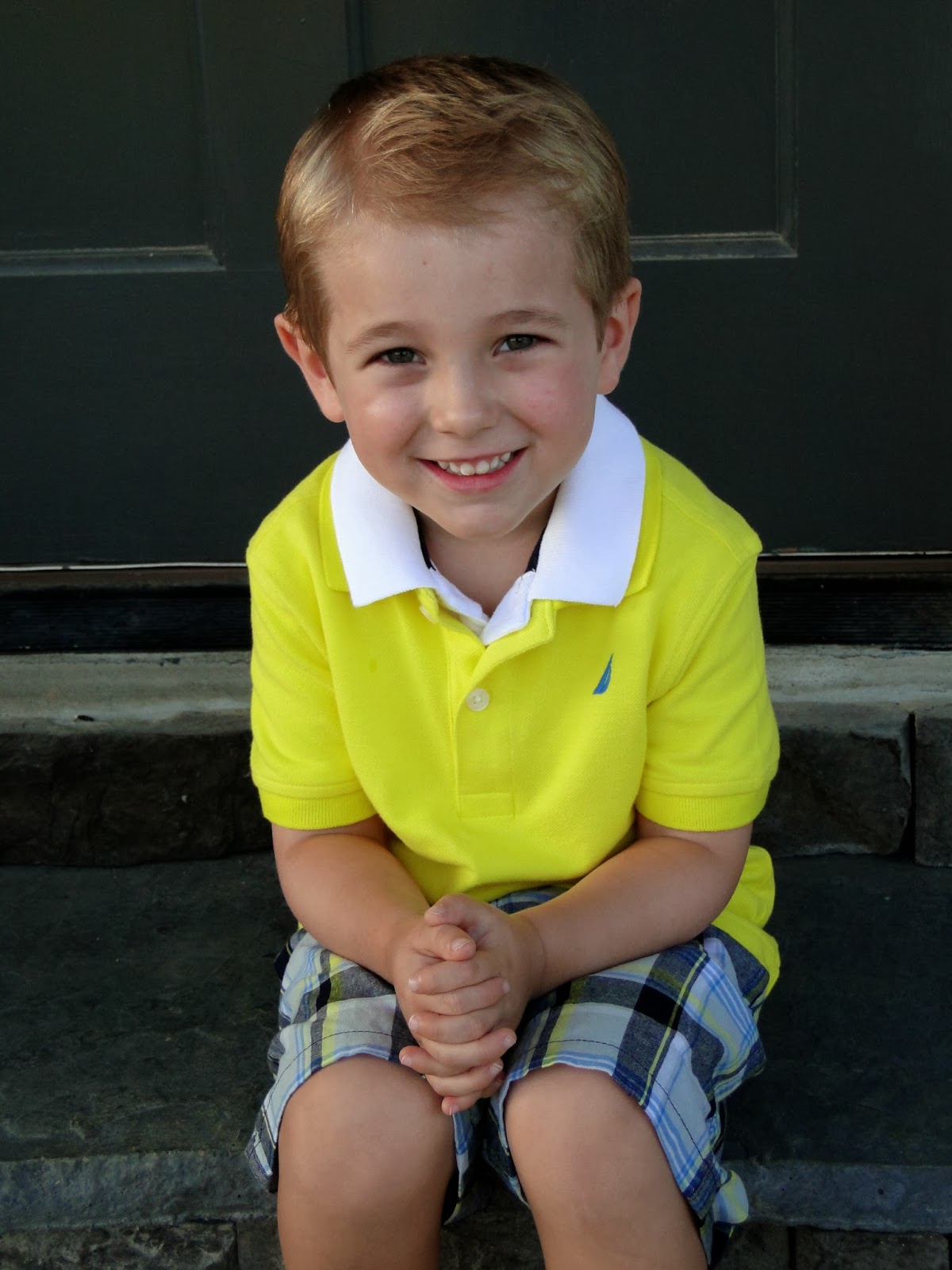 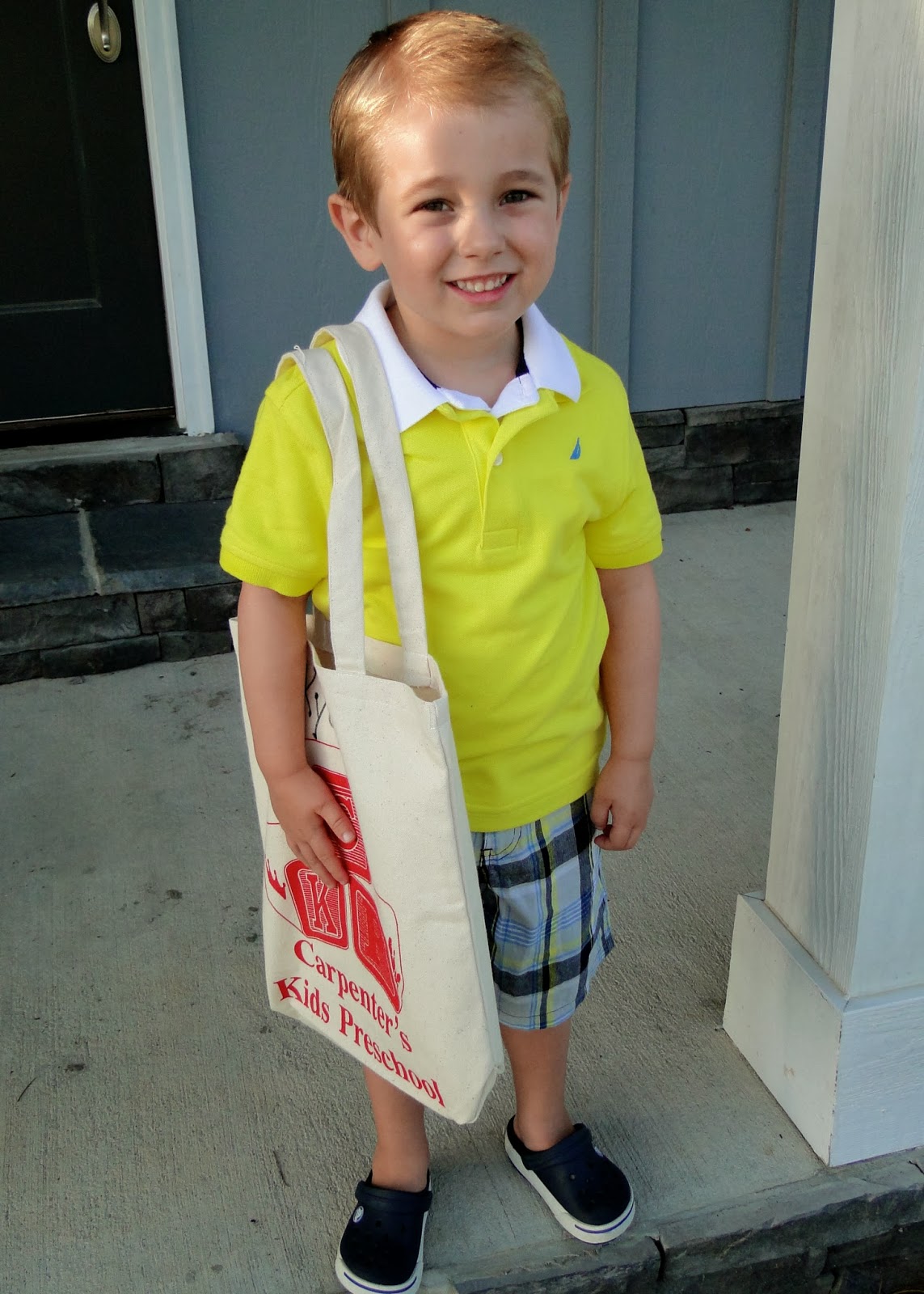 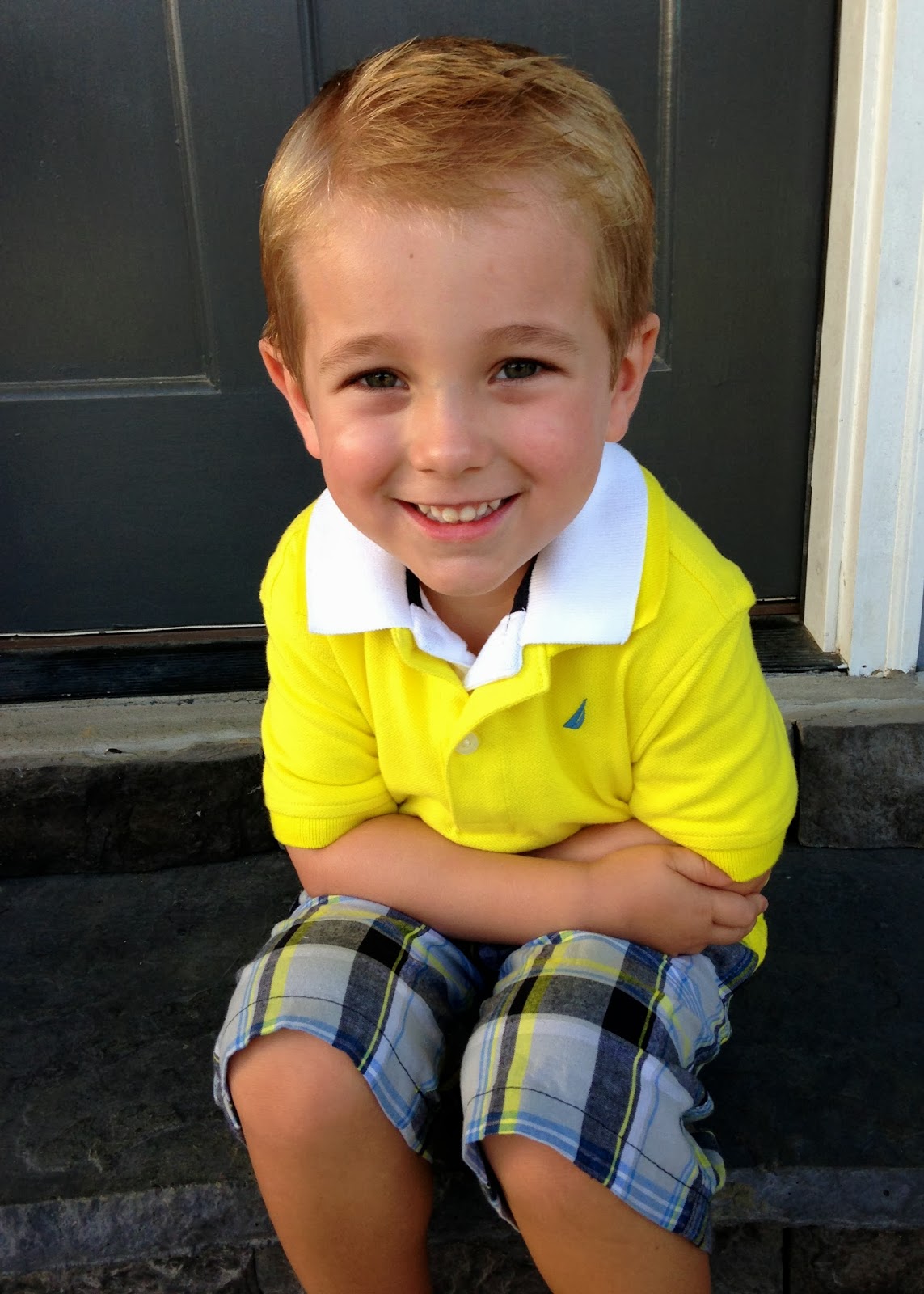 Kye has been in the same class with Kailyn all the way through school so far, but this year he’s not with Kailyn or Payton! I was a little nervous about how he’d take the news when I told him but he was okay with it. I told him he’d still get to play with them on the playground and that satisfied him! He was excited to make new friends in his new class! 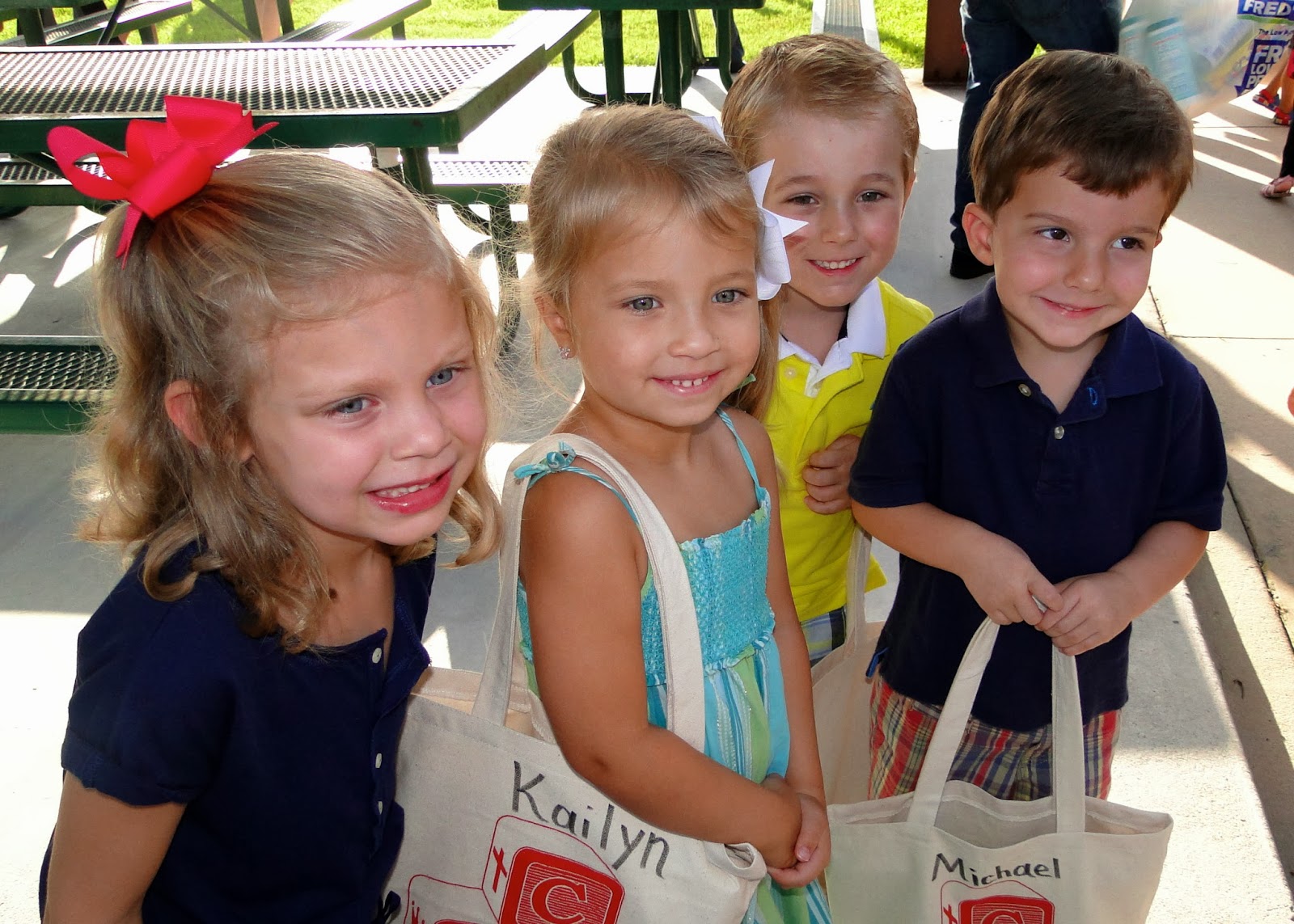 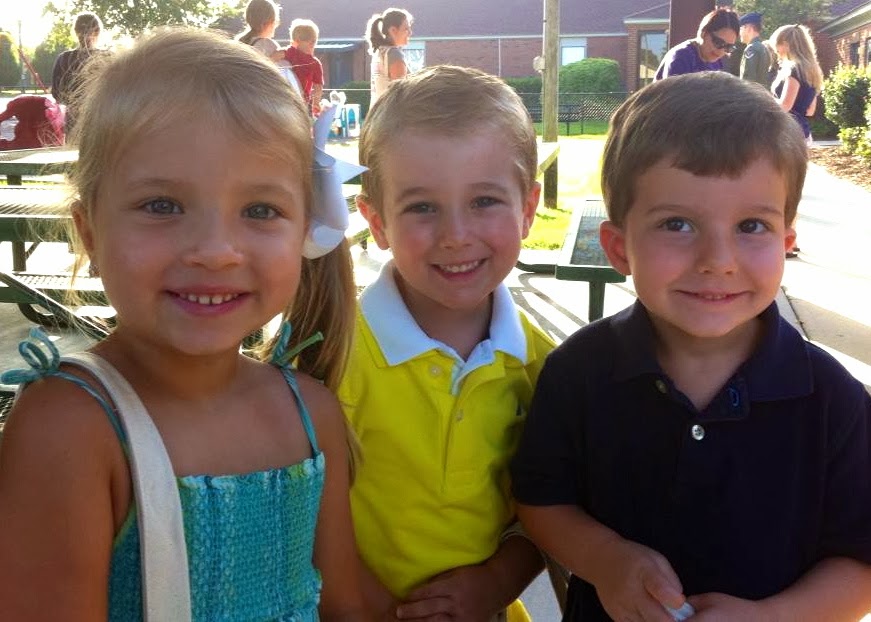 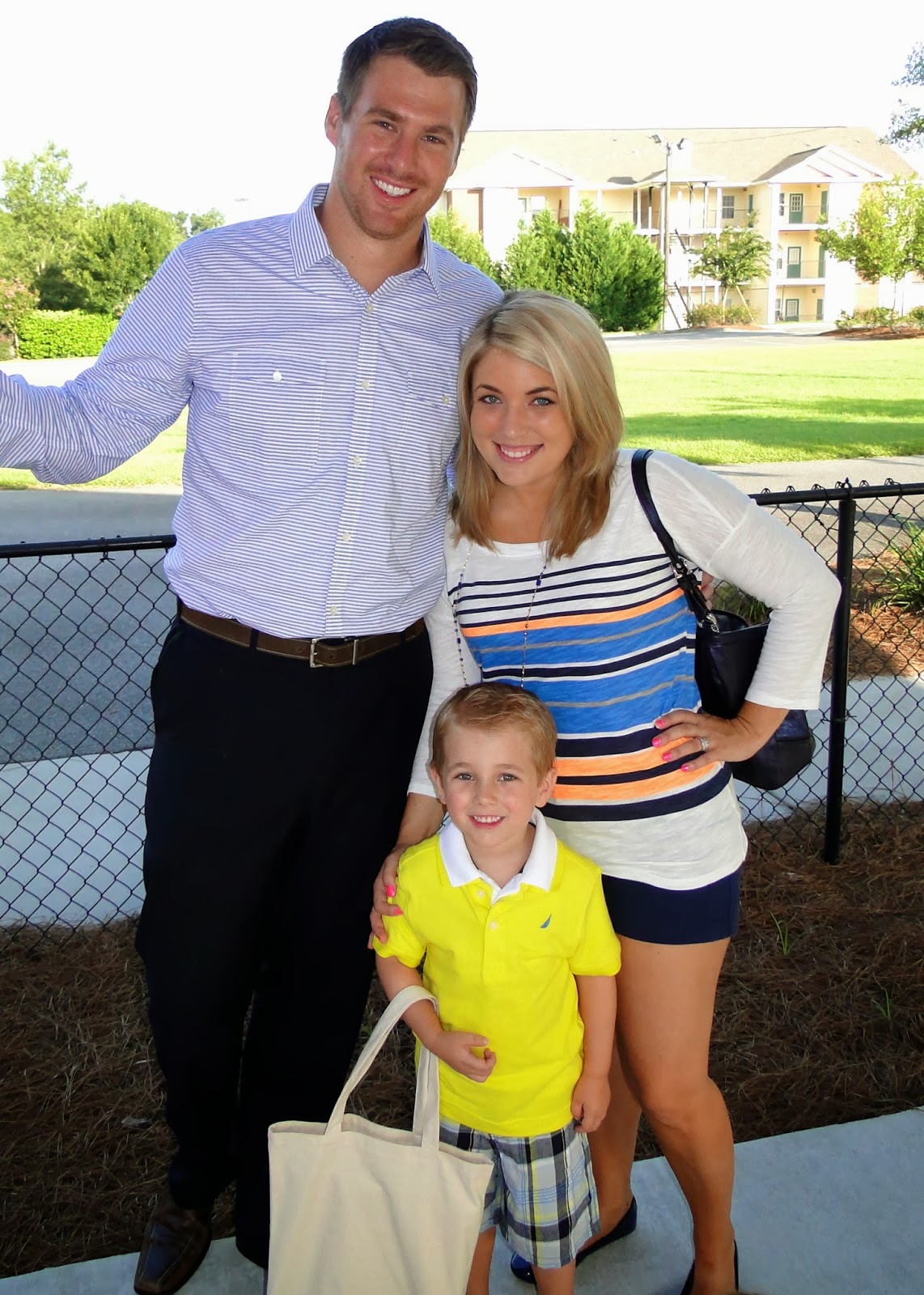 Can’t you tell he SUPER pumped? 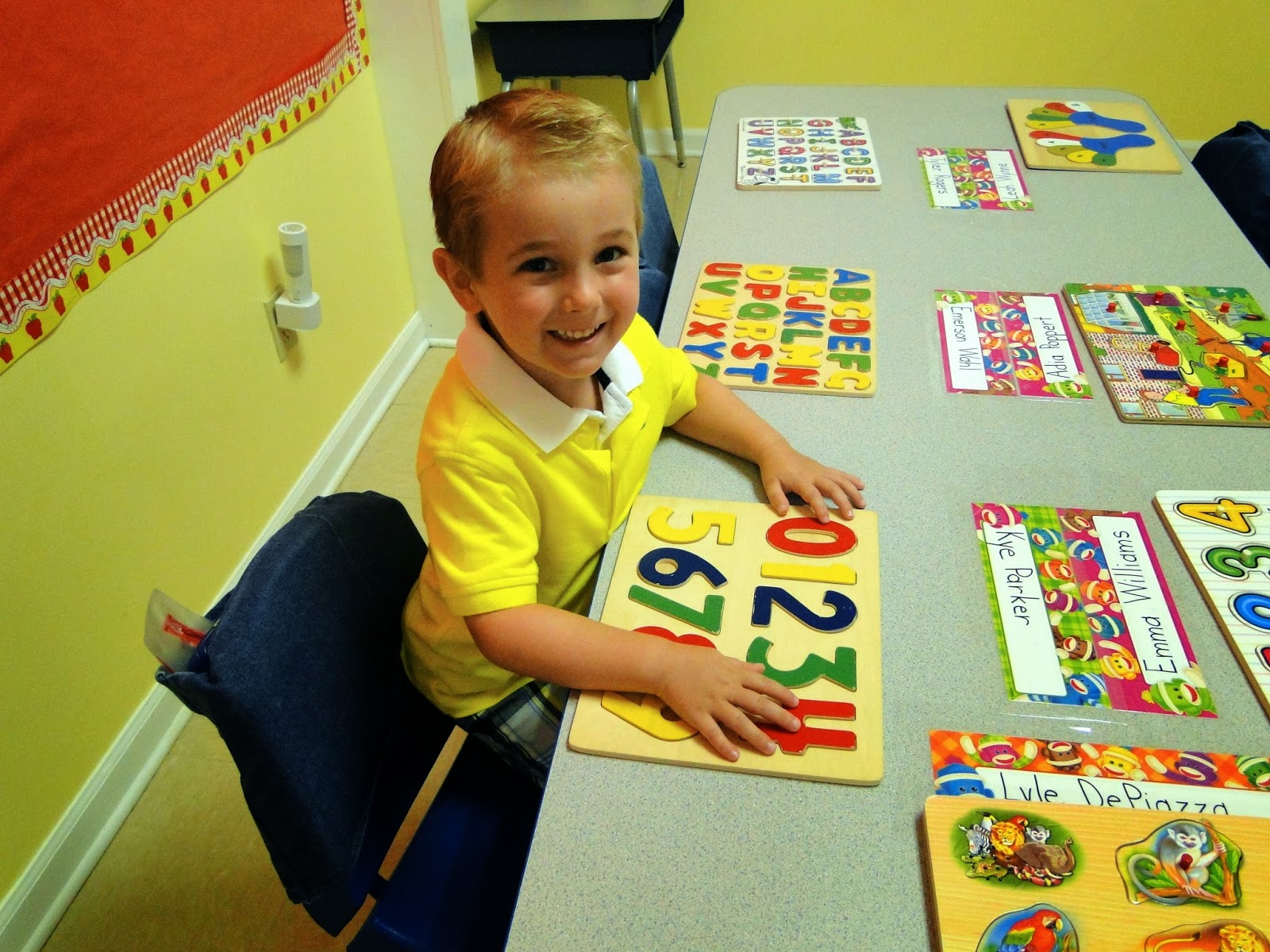 His teacher this year is BEYOND sweet! I’ve heard wonderful things about her and we are already so thankful to have her this year. She is a grandmother and I think that makes her extra loving with the kids and that’s something I really wanted for Kye with everything he’s been dealing with. 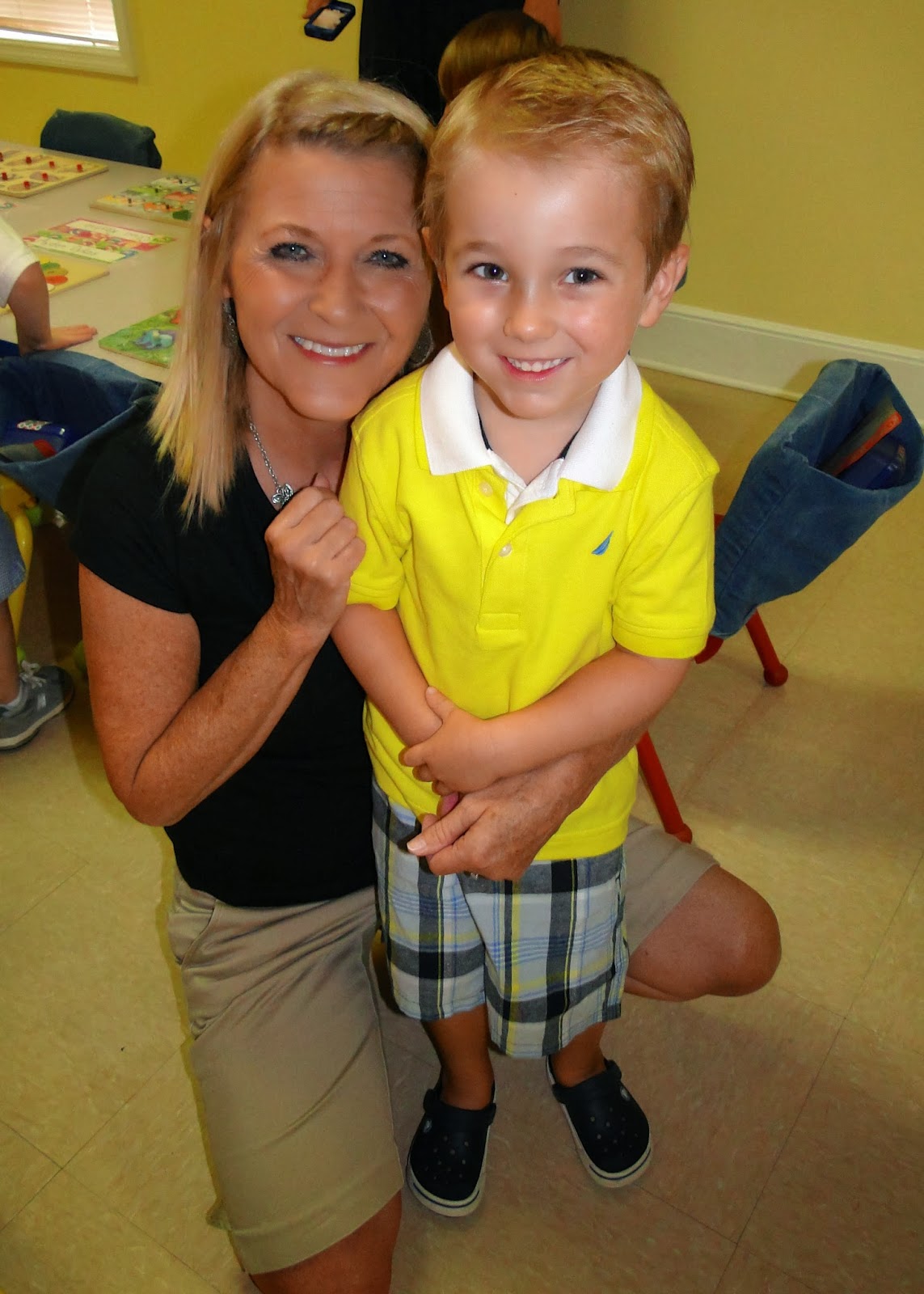 The five day adjustment was a little tough to get used to but now we are in the groove! Luckily the kids can still wake up at the normal time and our day runs smoothly. It will be tough when Kye has to be at school earlier than 8:30 someday!!! I see the bus go by for the county schools when we are waking up and think “oh gosh, that will be Kye someday soon!” I can’t even think that far ahead 😉

To celebrate the first day of school I made Kye’s favorite dinner: Chicken Pockets! 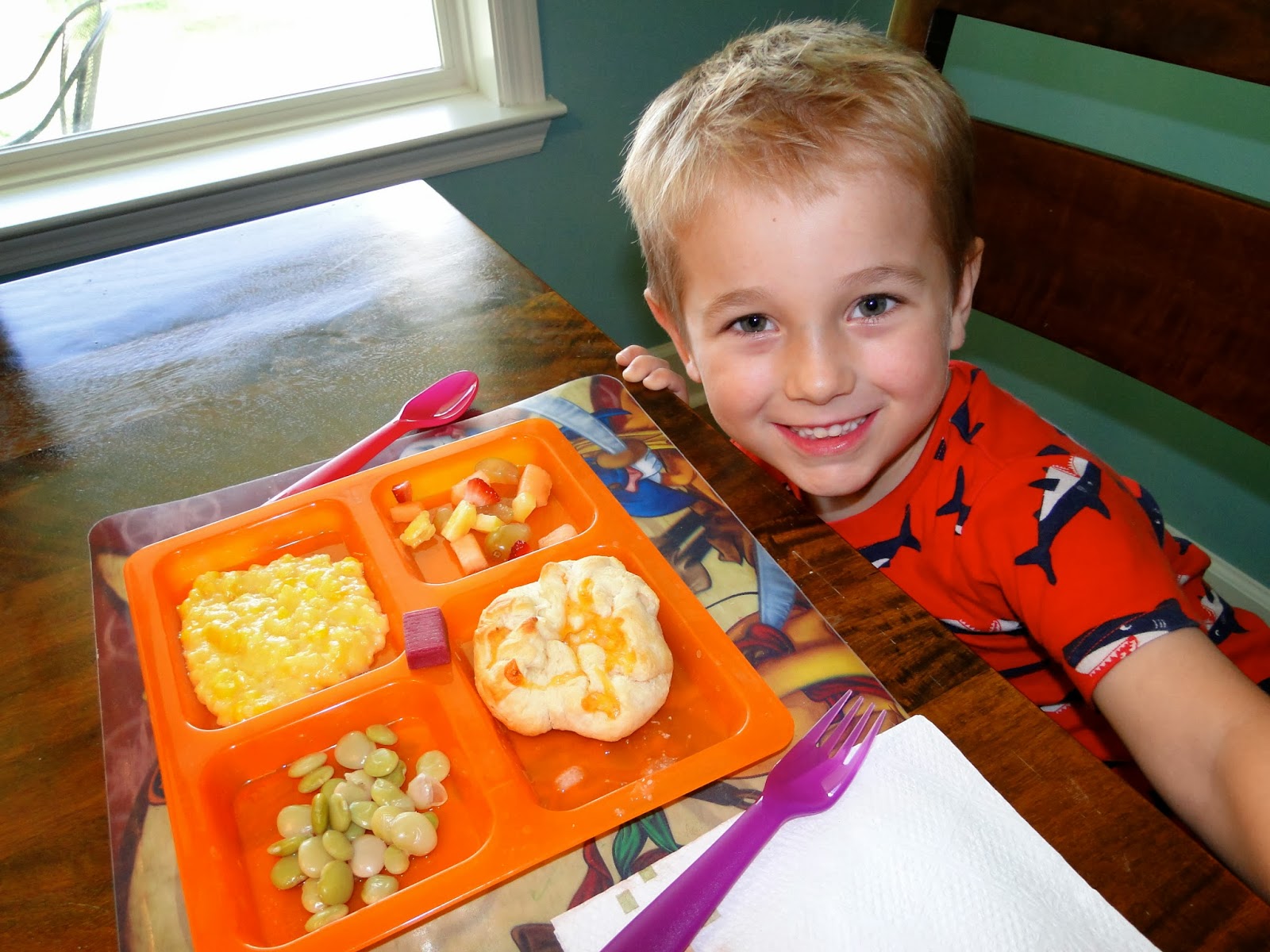 Something I didn’t anticipate with Kye being gone every morning was how Britt would do with it. She MISSES her brother. She will say “Kye? Kye?” and look around for him all over the house. She does not like having to ride in the car so much (to school, from school, to school, from school) and I do all I can to keep her entertained in the car. We only do movies in the car while traveling but I trade out her car toys often and we sing a lot of songs! She’s always SO happy when we go pick Kye up! Kye also said he had a hard time missing Britt and he even told me he cried at school because he missed his sister (no teacher report came home so I don’t know if he really actually cried or not, but it’s sweet none-the-less). I love how close they are and that they miss each other like that! Next year they will get to go to school together which will be so fun 🙂 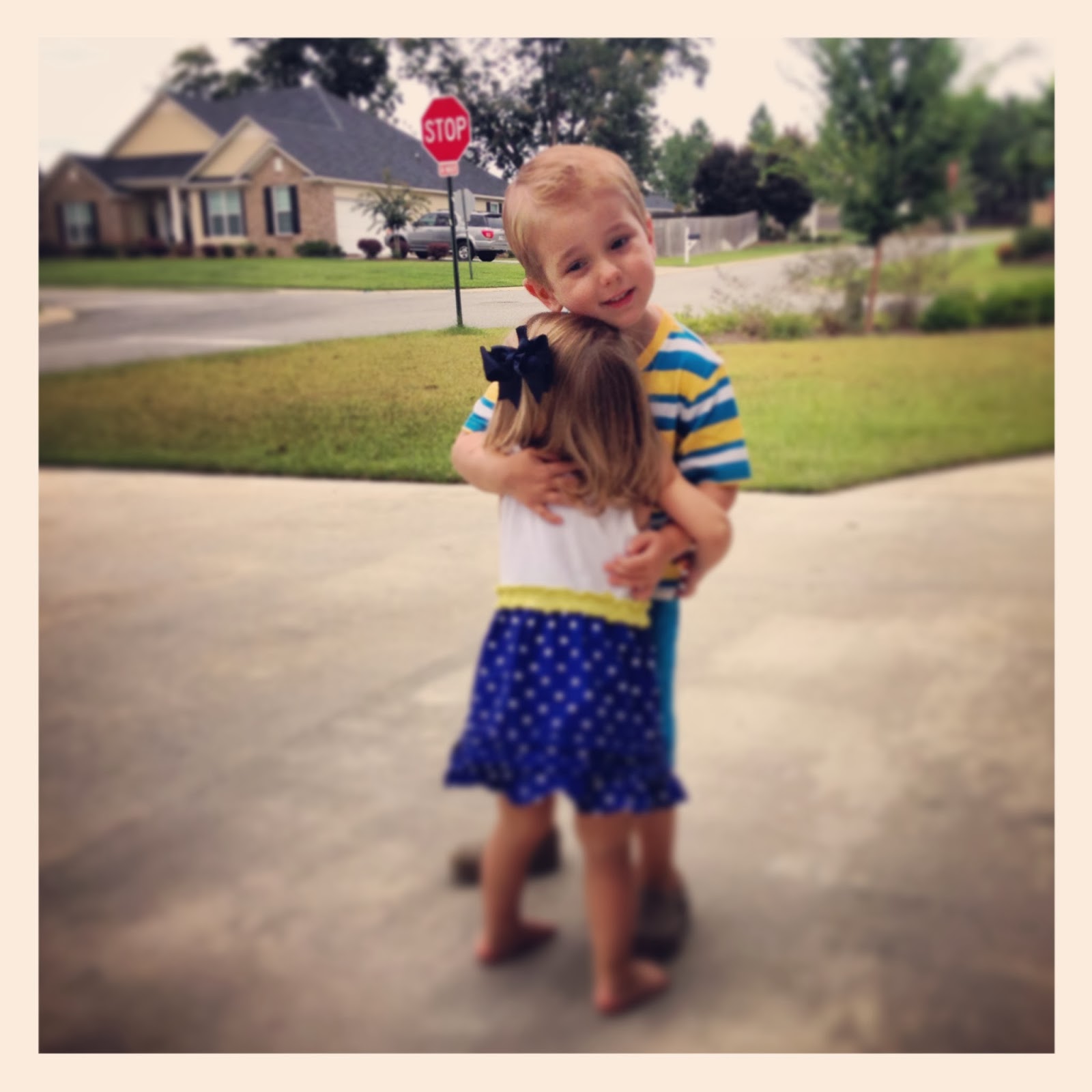