Blending families is always a tricky thing and it was a kinda rough transition for awhile when I became a Parker. Casey (his younger sister) and I had our catty, silly type drama issues. She was in high school when he and I started dating and I was only 19. She and I are so alike that we were bound to clash ya know? Us girls and our drama! It’s taken us awhile but I feel like this summer has been huge for our relationship. She’s been home for the summer from college and maybe with time we’ve both matured or something b/c we are finally clicking the way we should have been from Day 1! Now us being so much alike is a good thing!

Zach and I both ADORE Casey’s boyfriend, Jordan, and seriously hopes he joins the family some day. Casey has mentioned that they’ve talked marriage in the future and when I hear the word “wedding” I get all giddy 🙂 It meant the WORLD to me when she told me that I’d be a bridesmaid. I mean I know it could be assumed that I would be but I didn’t assume that just because I didn’t want to get my hopes up. I’m not a blood-sister so she doesn’t have to include me ya know? It means so much to know that I’ll get to be part of her big day (someday, this isn’t happening tomorrow people!) and that she wants my help in the planning process!

A couple weeks ago Casey mentioned all of us girls going to Steel’s to look at engagement rings. I think it may have been more of Mrs. Charlotte’s idea but Casey secretly wanted to go too 🙂 Again, I felt SO honored to be included for such a special event! Timing worked out great because Mom was in town visiting so she could watch Kye while I ran up to Steel’s to meet them.

After doing the ring shopping I feel like I make a pretty good bridesmaid 🙂 I tried really hard not to give my opinion too much b/c hello she will wear this ring FOREVER. It needs to be something she LOVES! I tried to help her make choices with that thought in mind and I think I did a good job! I really like how she went through their selection and tried on anything she liked then narrowed the list down. I especially like that in the end she picked a top 6. For myself, my ring is special because ZACH picked it out. I didn’t go in, pick a ring, then him just buy it. He took the time to see which one was the most “me” ya know? We did go looking together so he’d have an idea of what I liked but he did all the picking on his own! By having a top 6 I think Casey is helping Jordan to narrow down from ALL the choices Steel’s has (which could be overwhelming for the poor kid I’m sure!) but still leaving the choice up to him and what he thinks will suit her the best. I’m super pumped and totally wish I could be there to see which one he picks 🙂 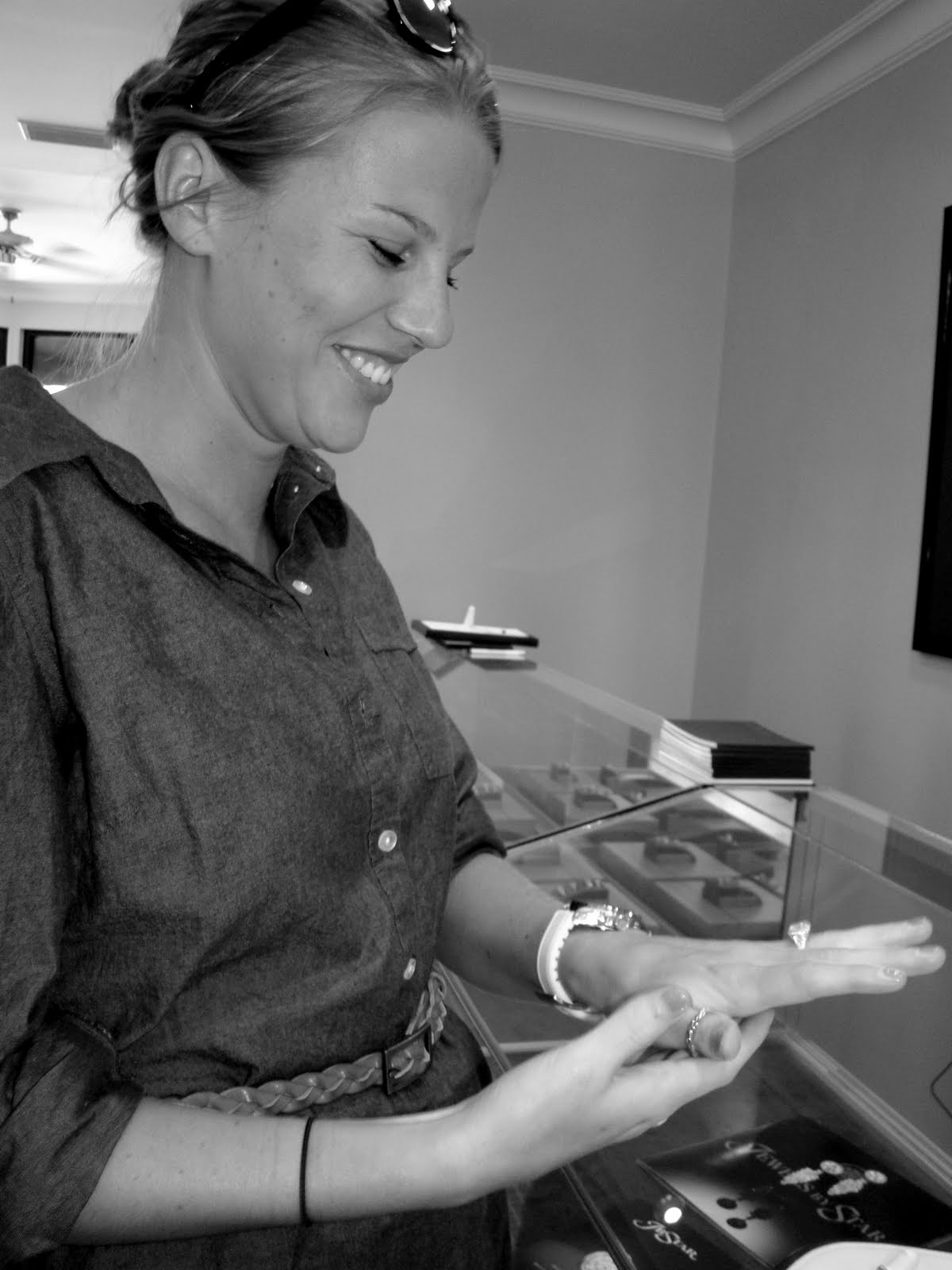 the sisters admiring one of the rings (so posed haha) 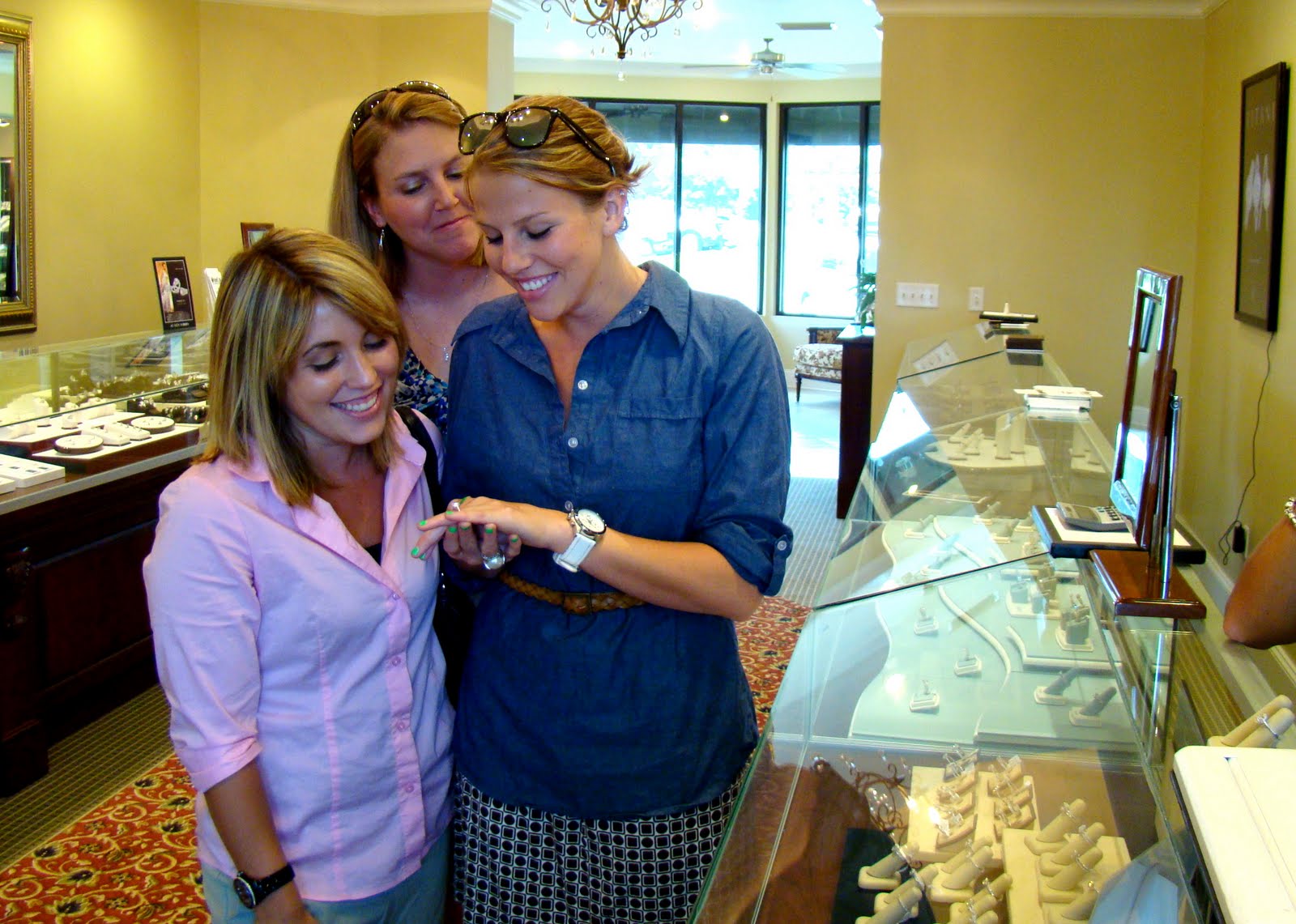 don’t you LOVE how she knew she was going to look at rings yet still rocked the green nail polish? So Casey..but let’s not make this face when you say “yes” ok? 😉 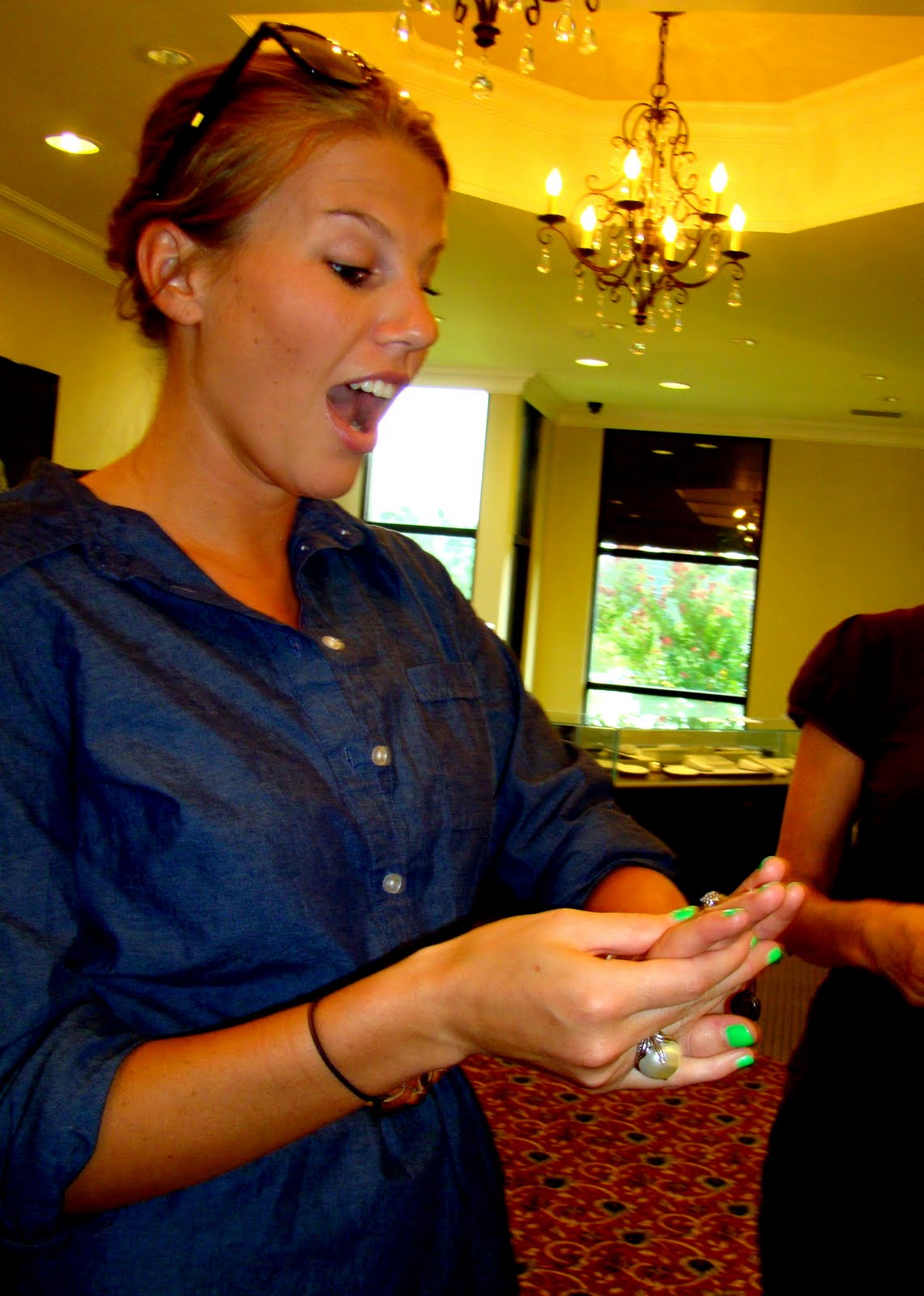 (it cracks me up how those hang tags say “FAKE” on them ~I promise once a ring is purchase the diamond will be real!) 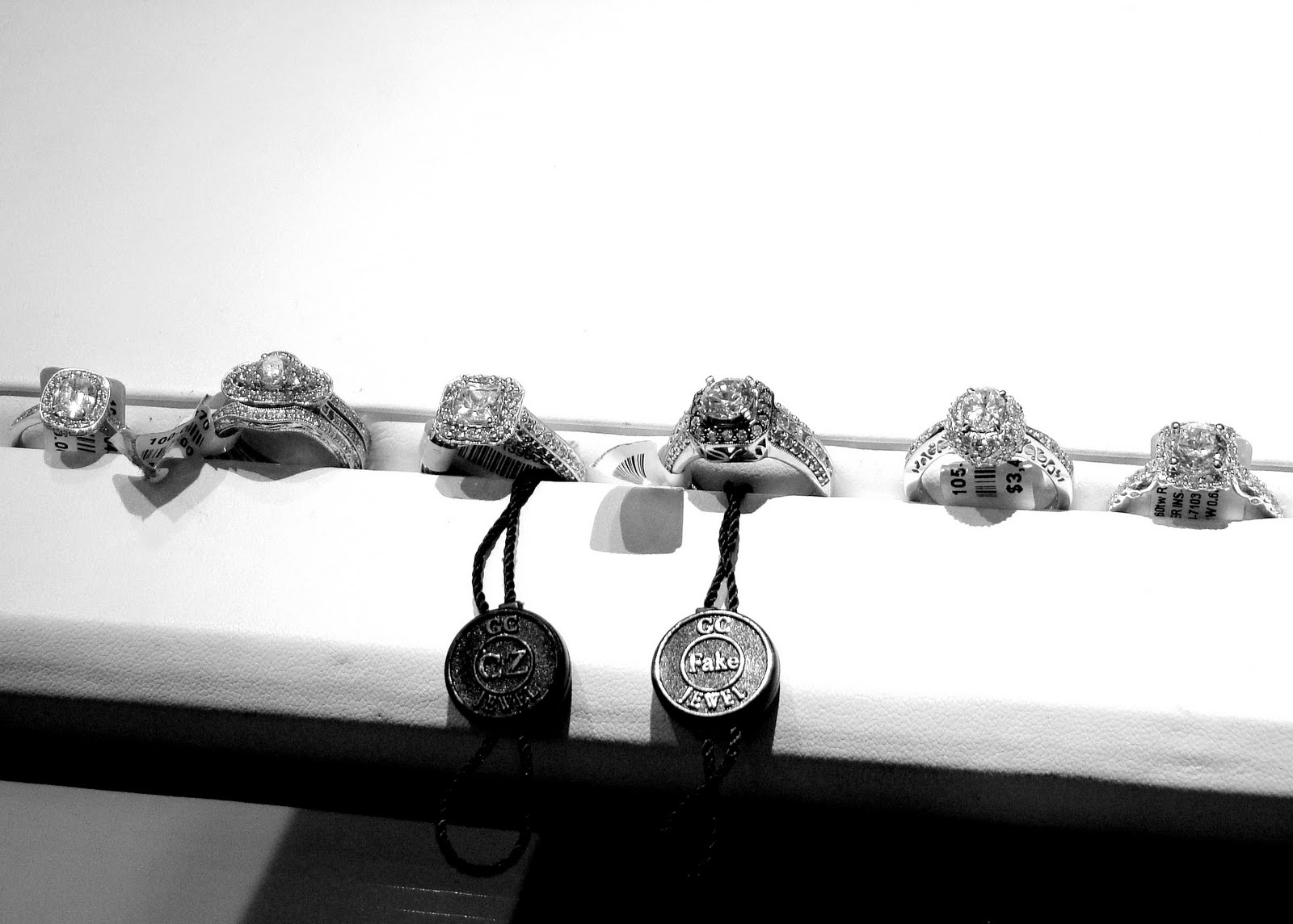 The last wedding to plan for her proud mom 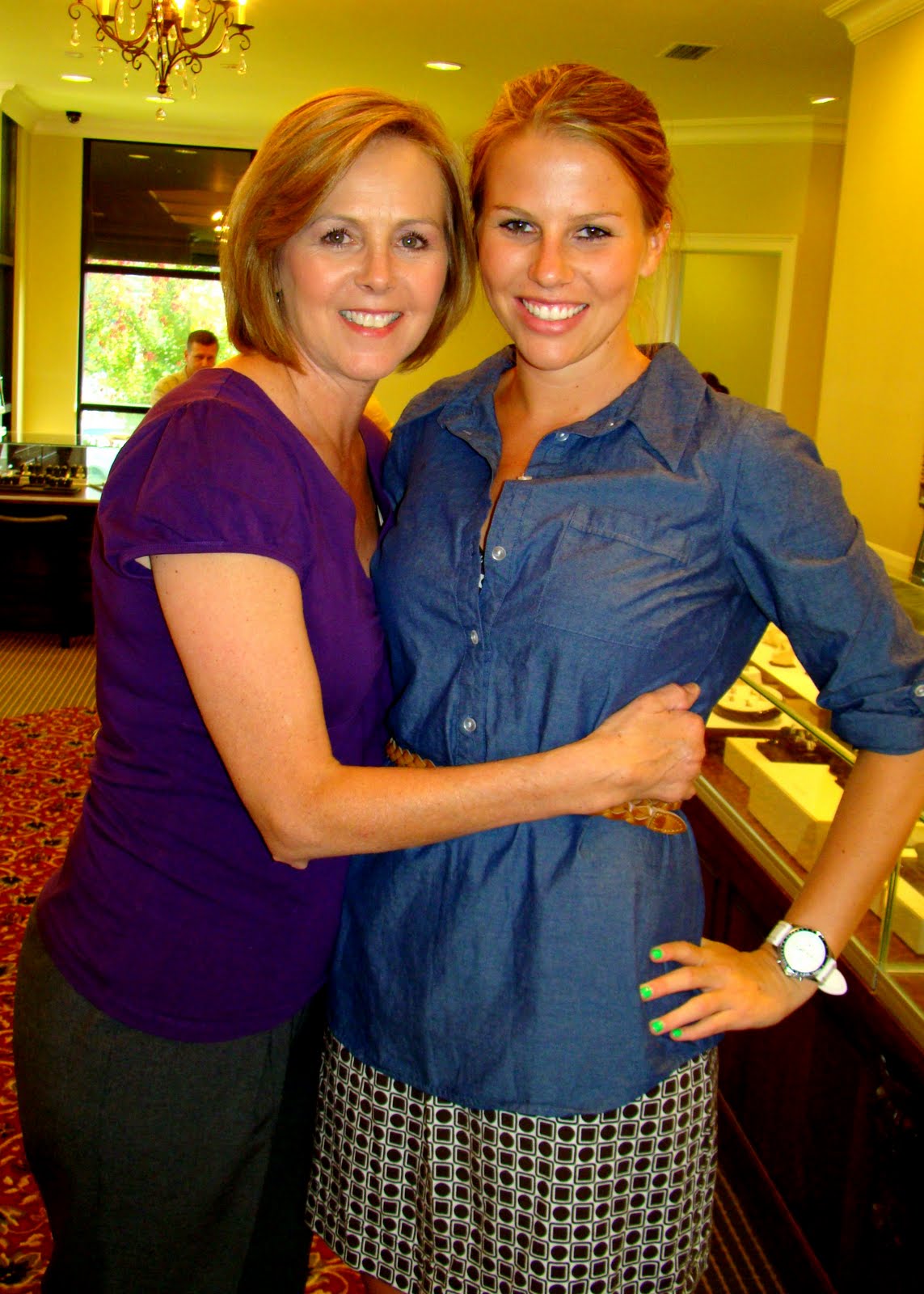 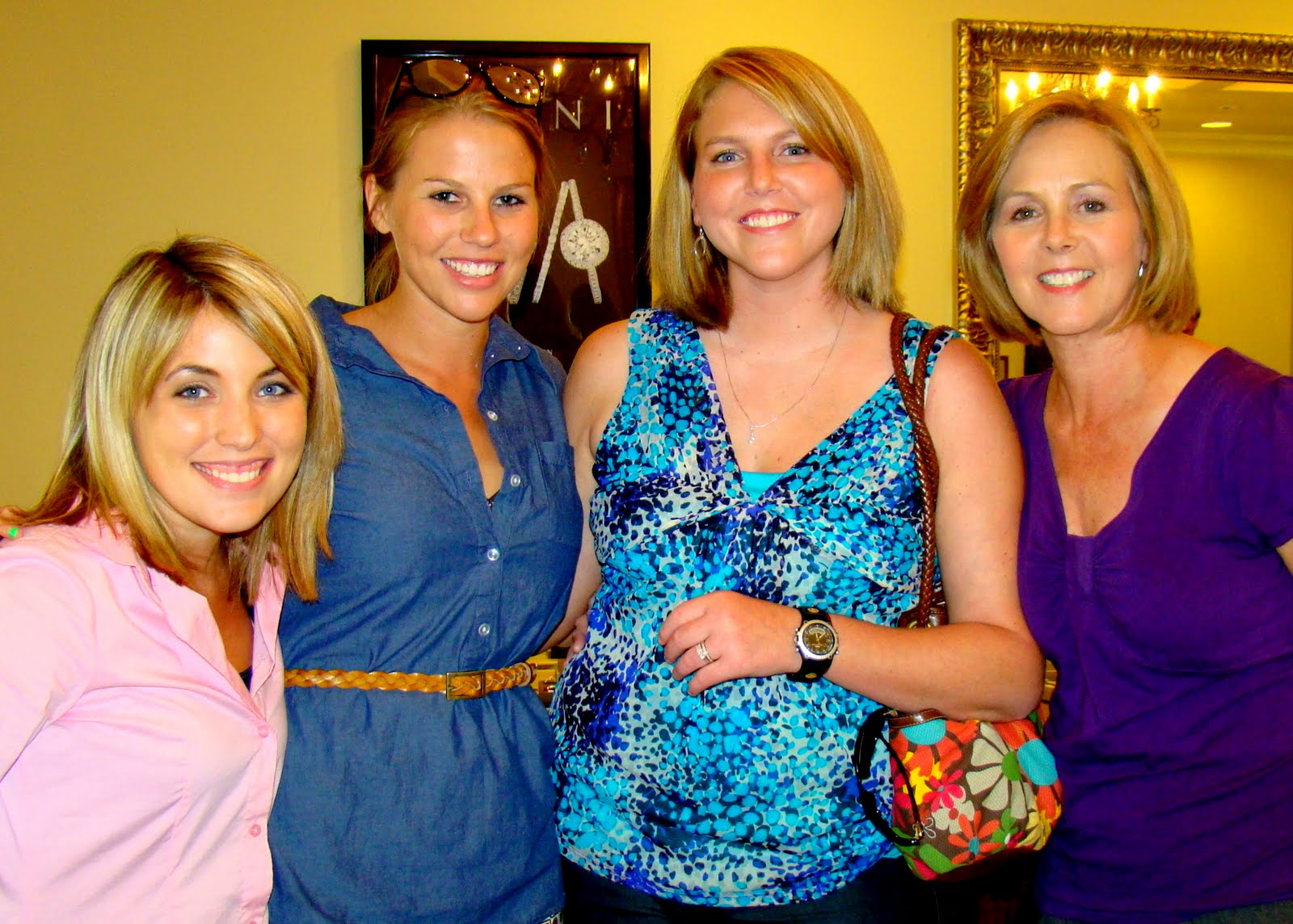 We were only there for a couple of hours and she narrowed down the choices pretty quickly and found some AWESOME rings that also won’t break Jordan’s bank account (what guy doesn’t appreciate a frugal woman?). The whole outing got me so excited I couldn’t stop thinking about the rings and how he’ll propose. And this isn’t even going to happen anytime soon which kinda makes me sad 🙁

Again, I just feel so special to be included! Growing up my half-sister is 9 years older than me and since we haven’t ever even lived in the same town we weren’t super-close. For me Courtney and Casey really are like sisters and I’m thankful that Casey feels close enough to me to want to have me there for such a big deal event and wants to have me in her wedding! I can’t wait for the planning to begin (hurry up Jordan and pop that question! no pressure haha)!