Last Tuesday Mr. Rusty called to see if we had plans. The Parker’s are all very last minute and since I’m such a planner it’s RARE that we can do stuff with them randomly like that but we were actually free! Big Daddy wanted to have the BIG Parker Family together for dinner, but after our last meal at Big Daddy’s we knew they wouldn’t actually start eating until it was probably time for us to go home due to Kye’s early bedtime. Knowing we’d have to leave early, I took Kye over to Big Daddy’s around 4ish so we could spend extra time with him and Little Mama. Zach went over to the trailer house to move the rest of our stuff out of it so they can rent it out (so sad there goes our free stay IF our house ever sells! boo.).

Once Zach met up with us, Big Daddy was finally done watching the verdict on Judge Judy. No joke, I walked in the house with Kye and the tv was blaring and Big Daddy said “hold on, I have to see the verdict!” He seriously could be someone’s lawyer with all the Judge Judy lessons he’s had. Big Daddy wanted to take all the kids for a ride on the four wheeler. I thought when he was saying four wheeler that he meant golf cart so I was down but then I realized he actually meant four wheeler. I’ve read SO many articles about how dangerous they are and I really wasn’t too pumped about the idea. But since I’m the coolest mom ever (was there even a doubt?) I let Kye ride. It was a great bonding moment for him with Big Daddy so I’m glad I let it happen! 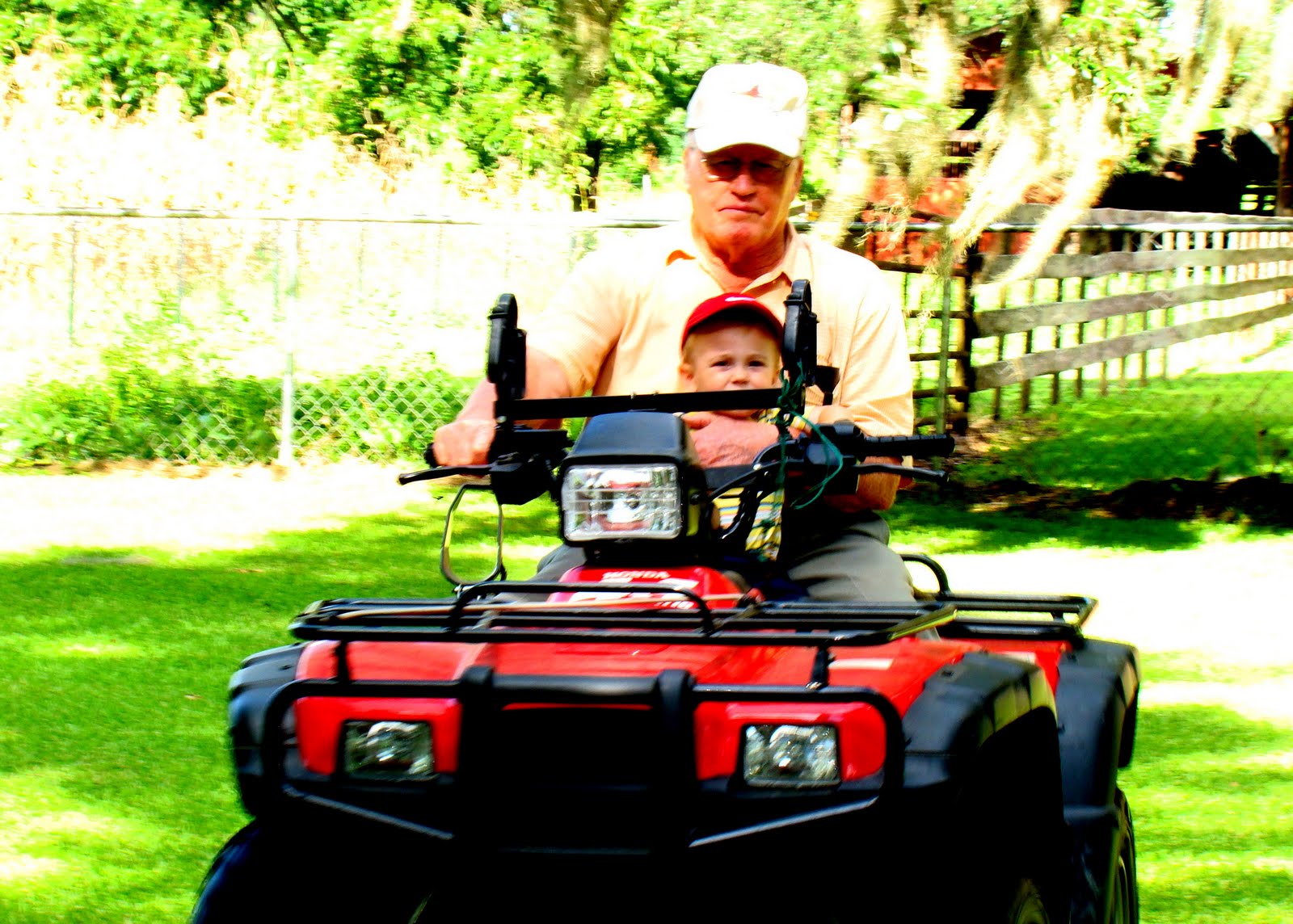 trying to drive away! 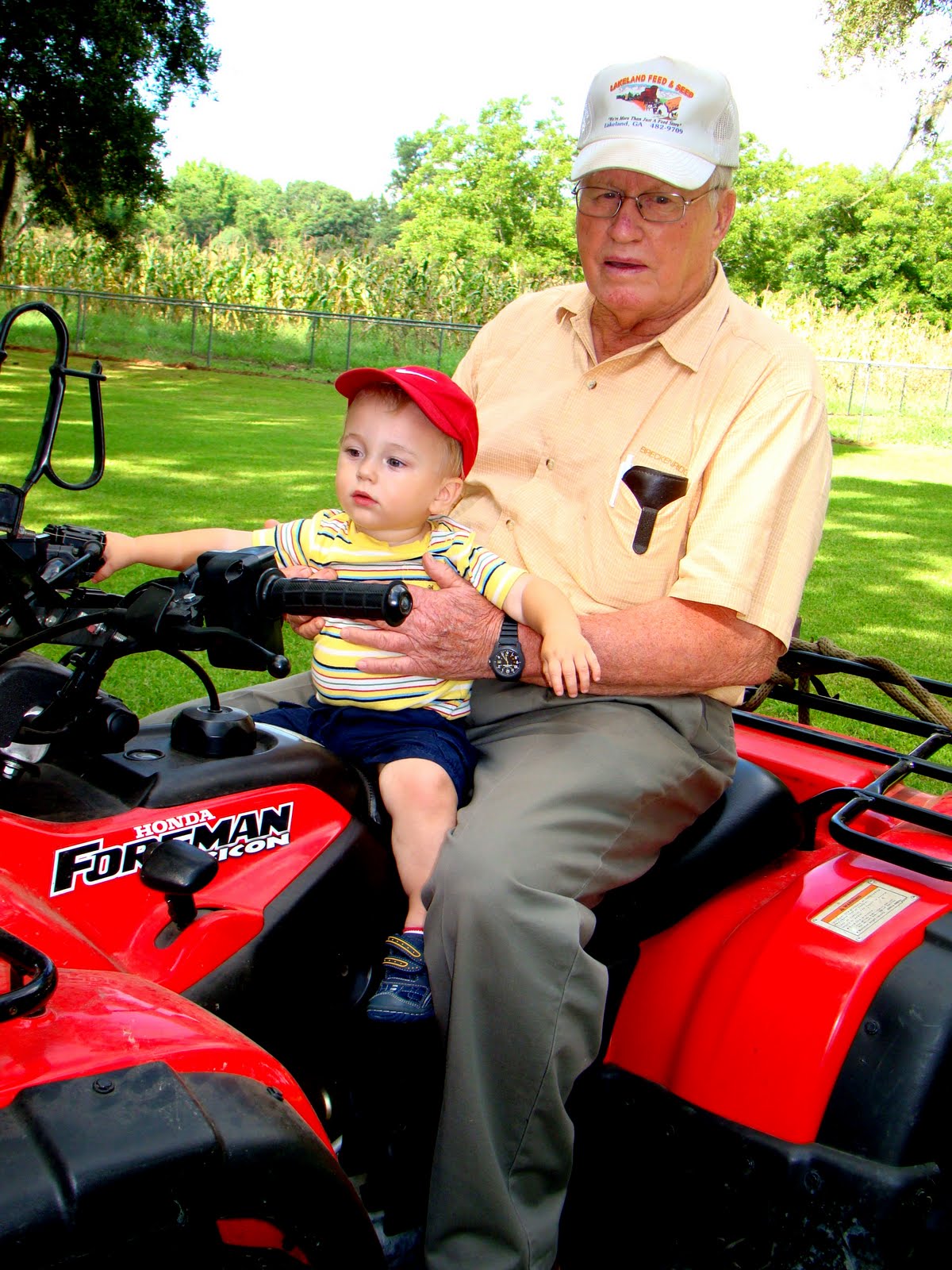 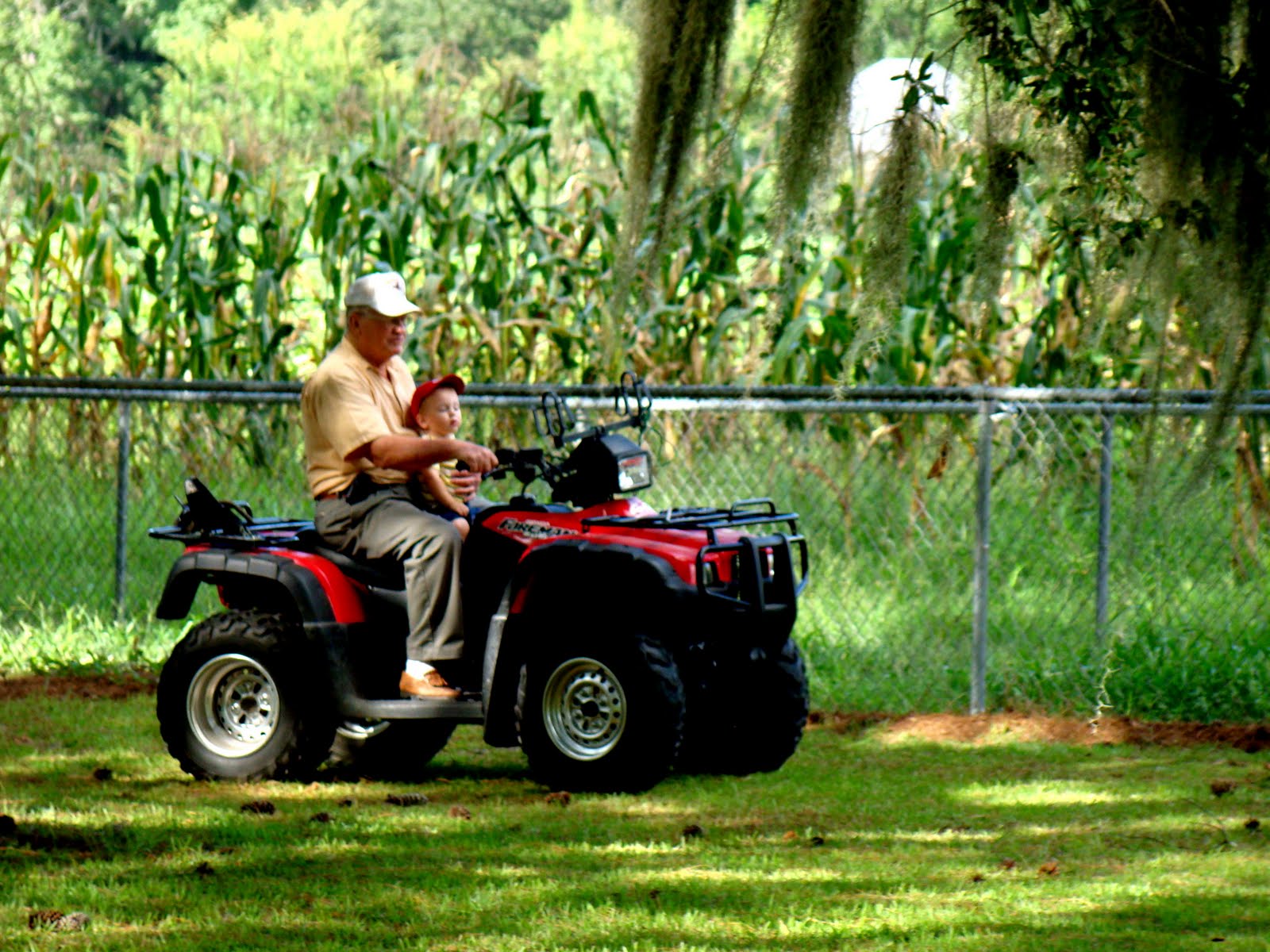 I love the way Big Daddy is looking at him here, so proud 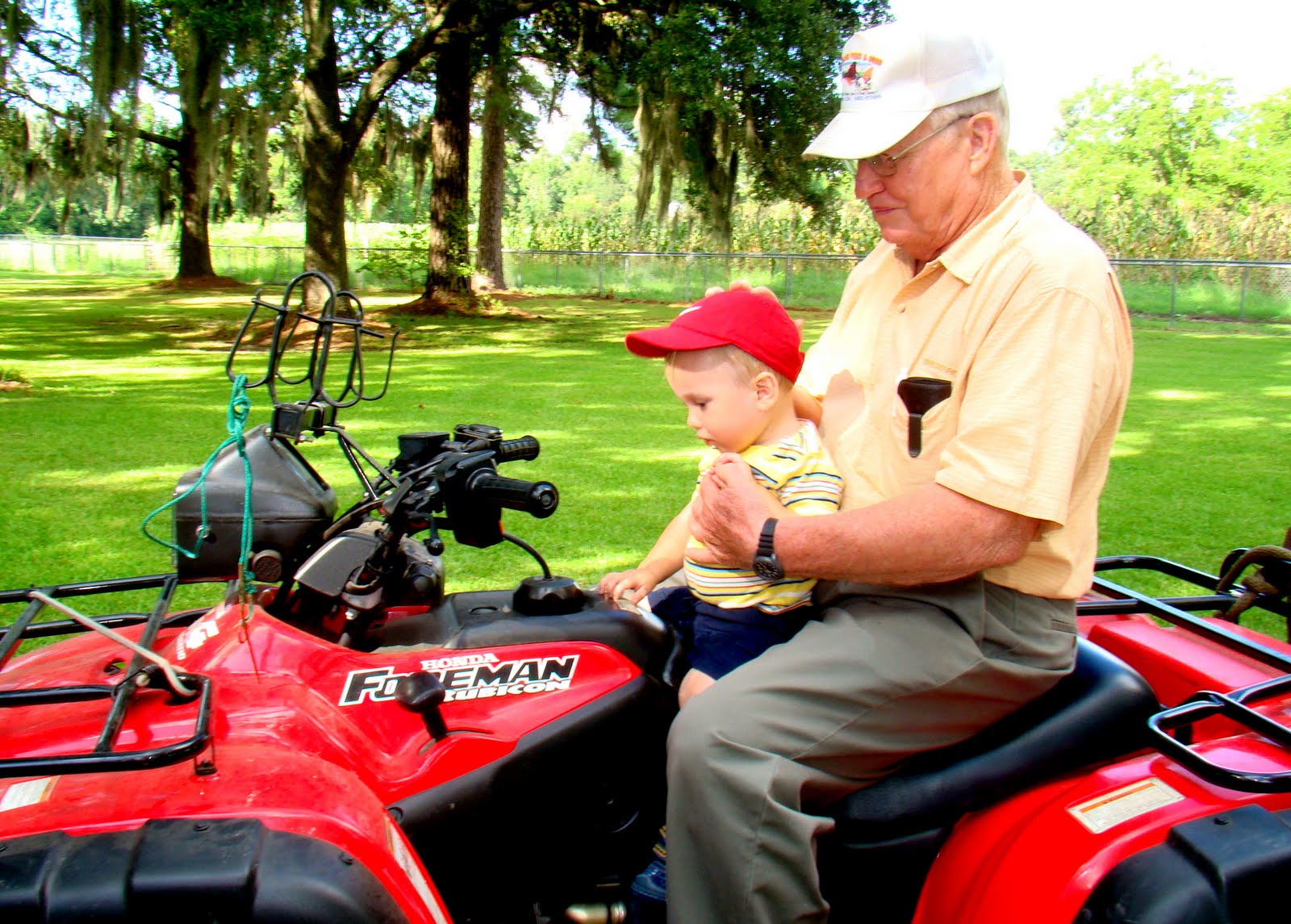 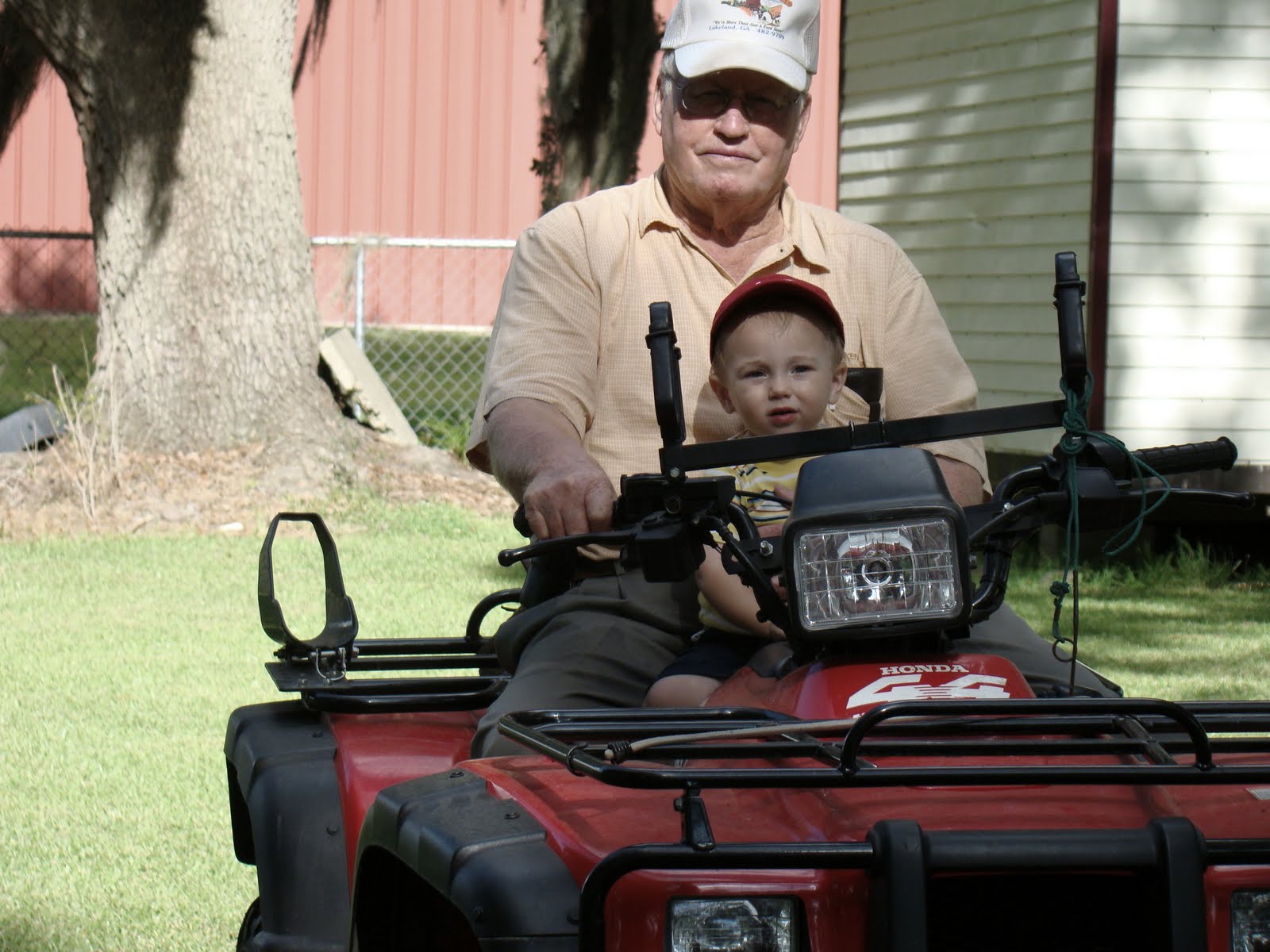 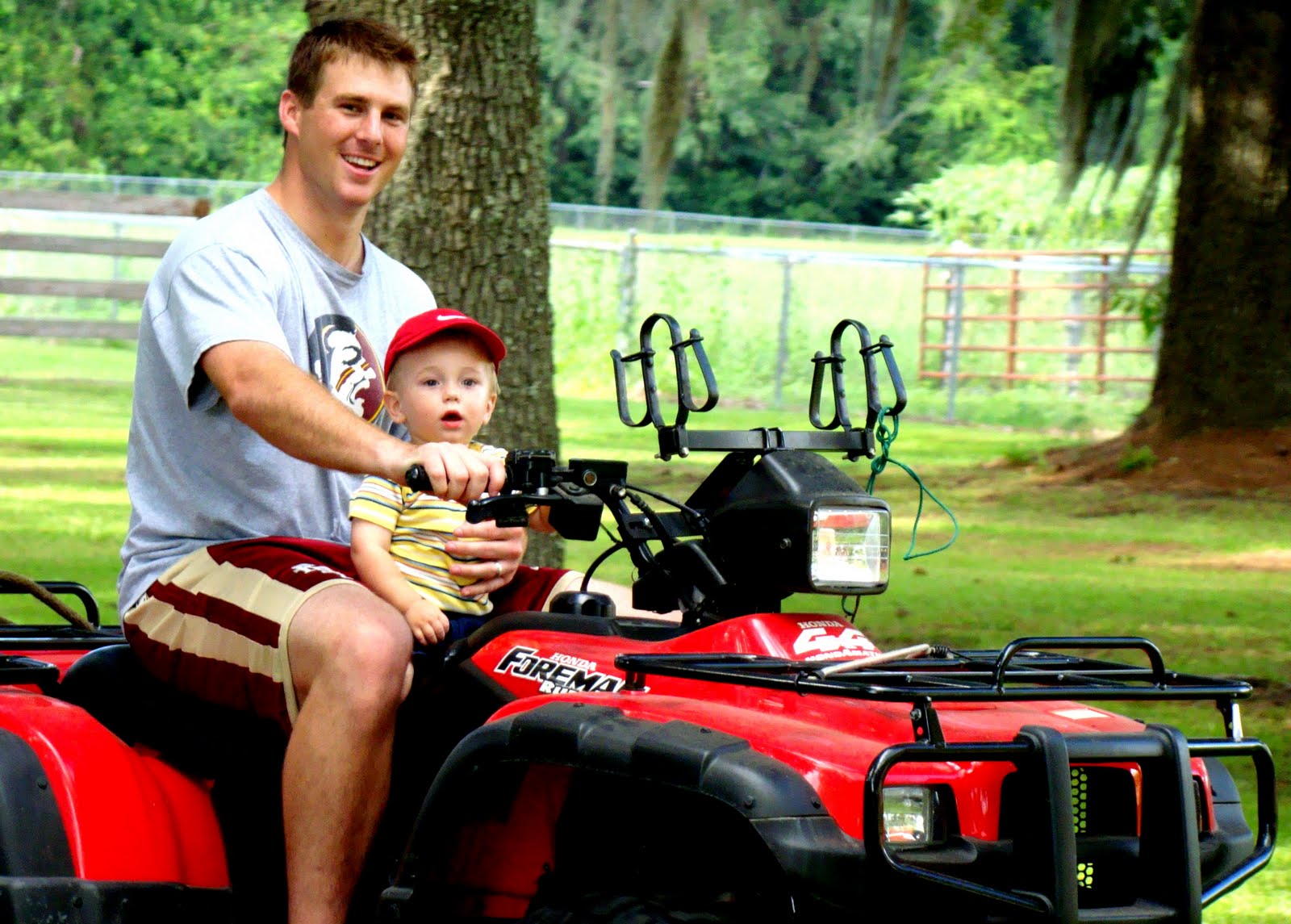 Colt’s a regular on the thing and he LOVES it 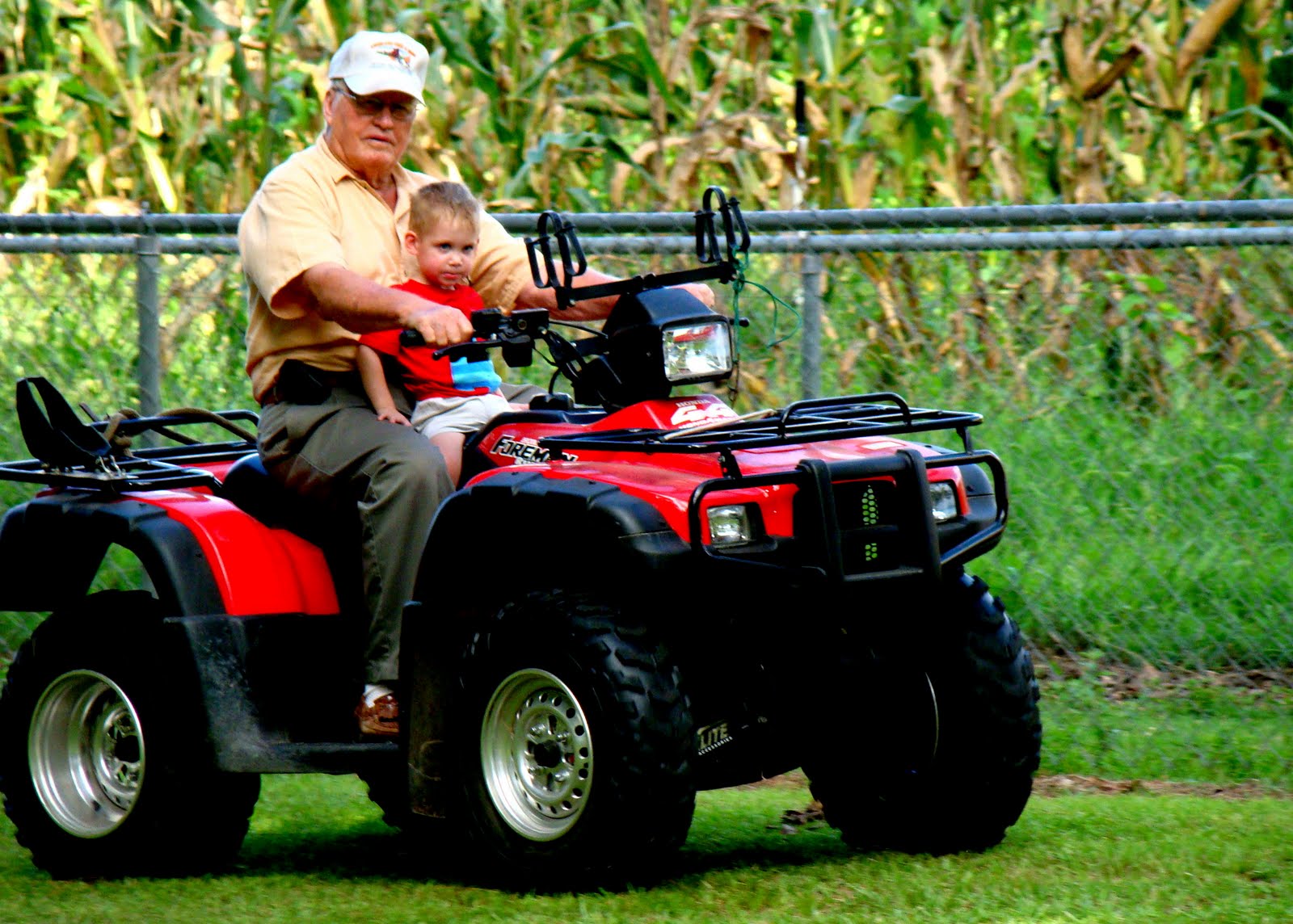 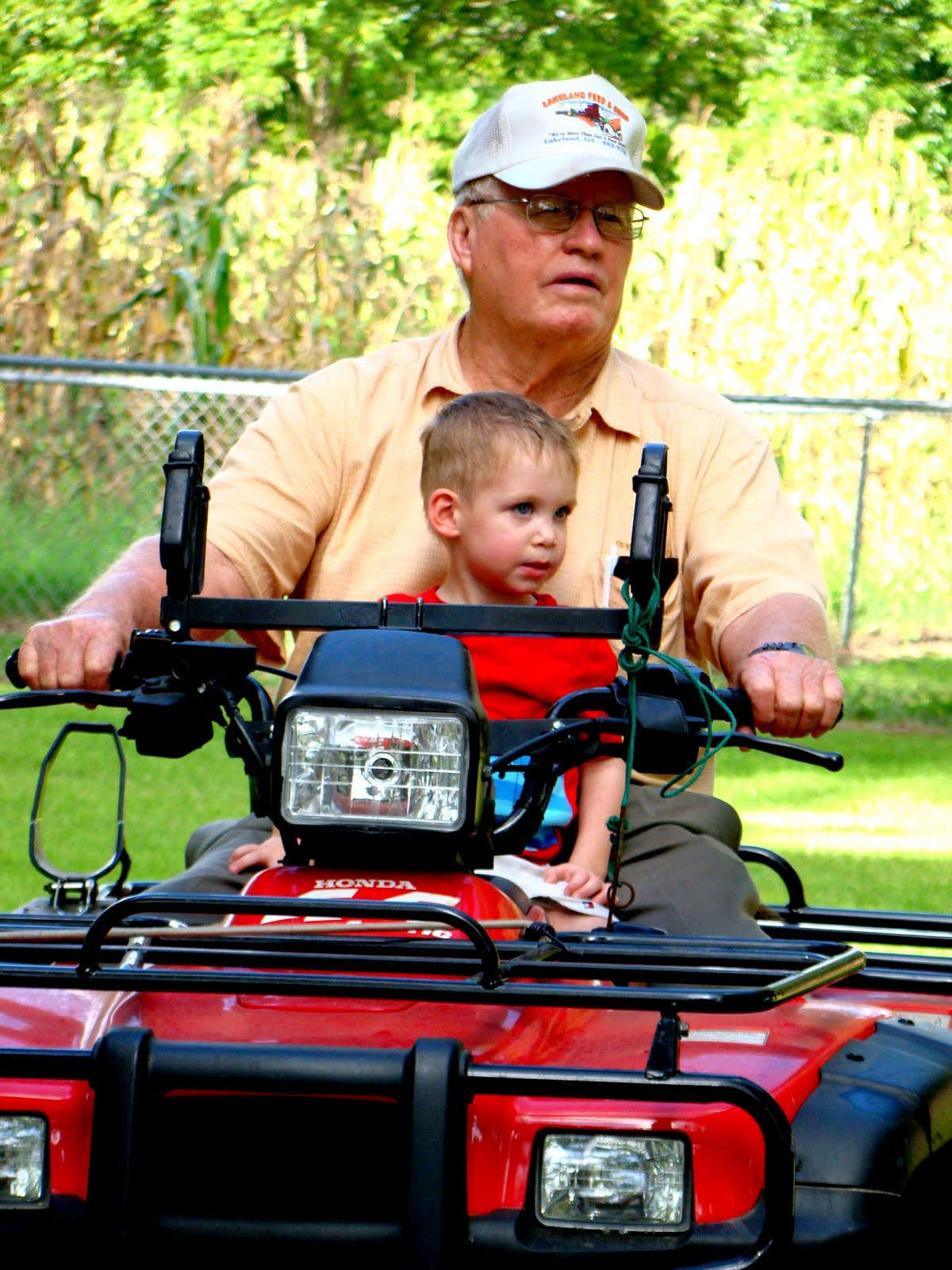 Kye’s been struggling with letting go of things. We tell him it’s time to stop riding something and he pitches a FIT so we’ve started saying “bye bye” to things to help him transition and it’s really helped! He did awesome waiting for his turn to ride while Colt took his turn. 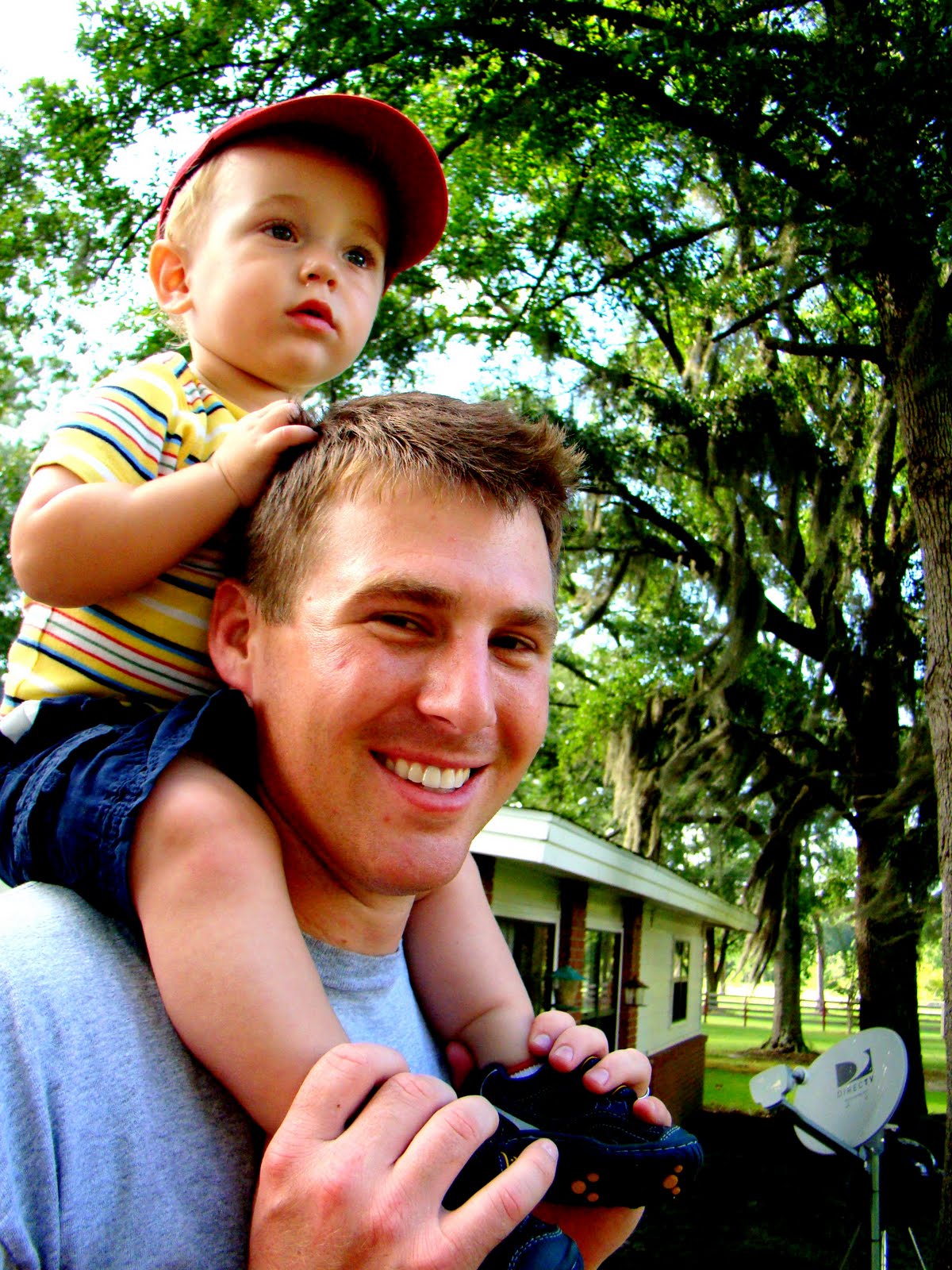 Payton, a girl after my own heart, did NOT want to ride 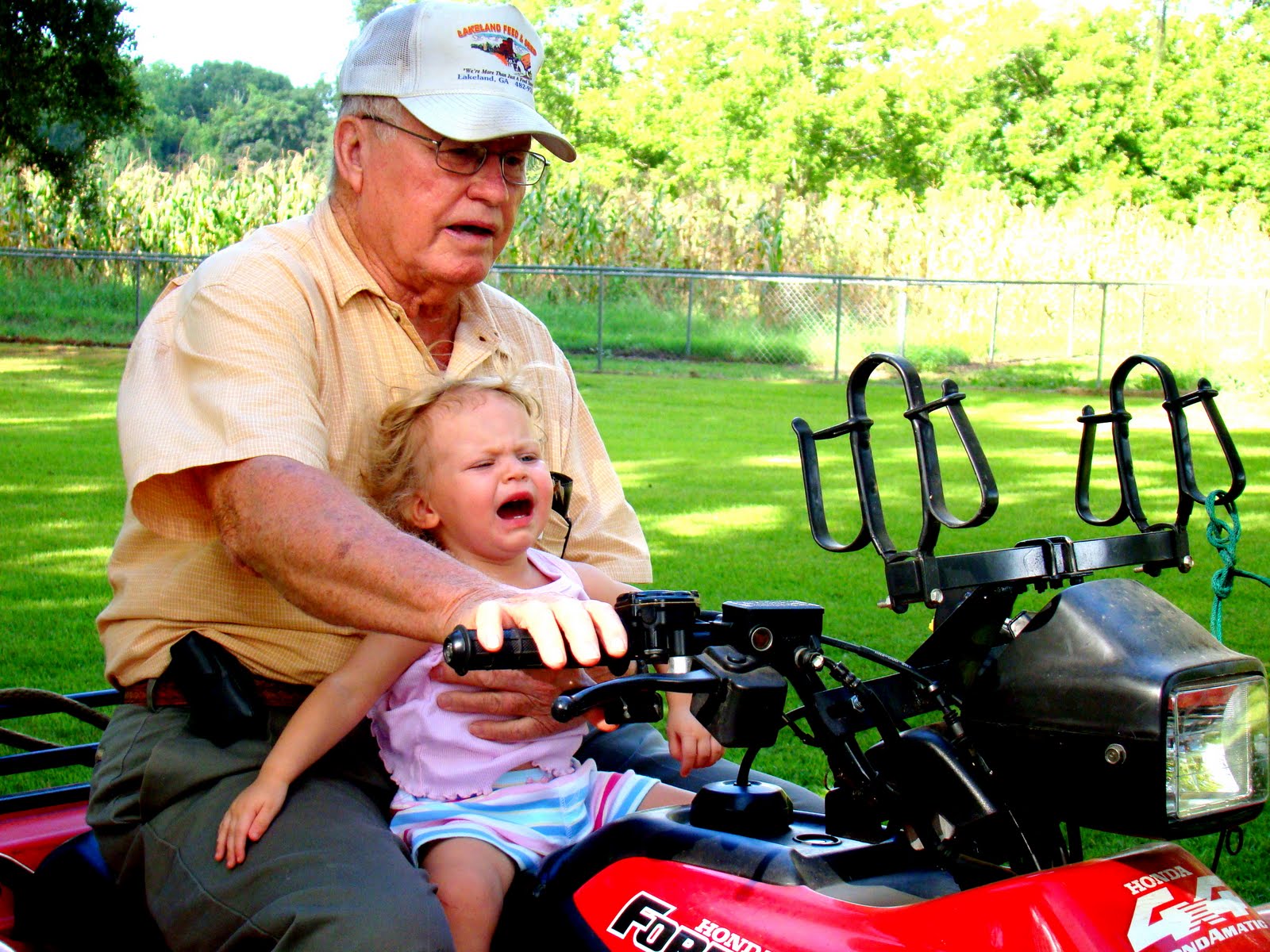 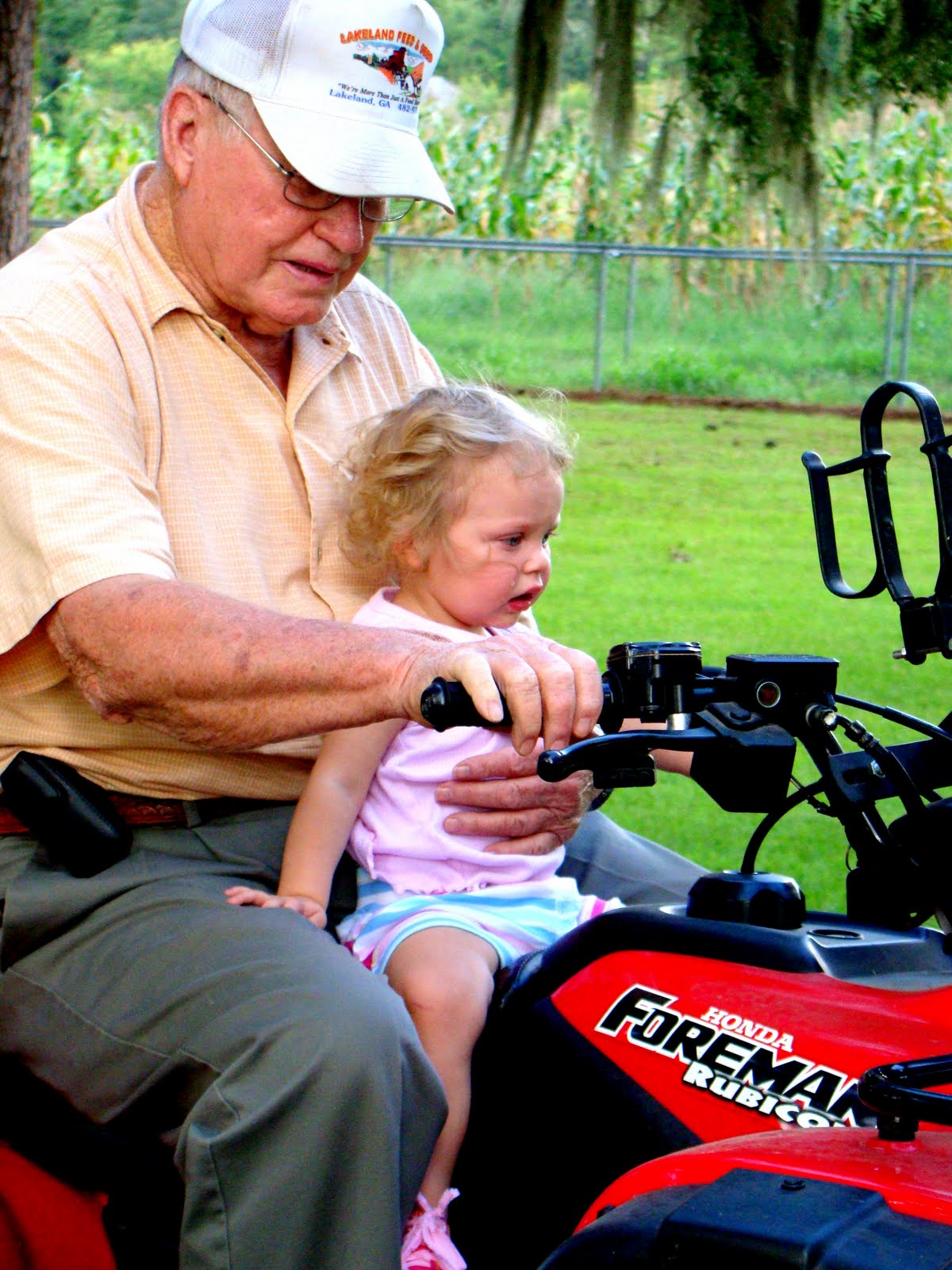 poor thing was worn out after that ride! 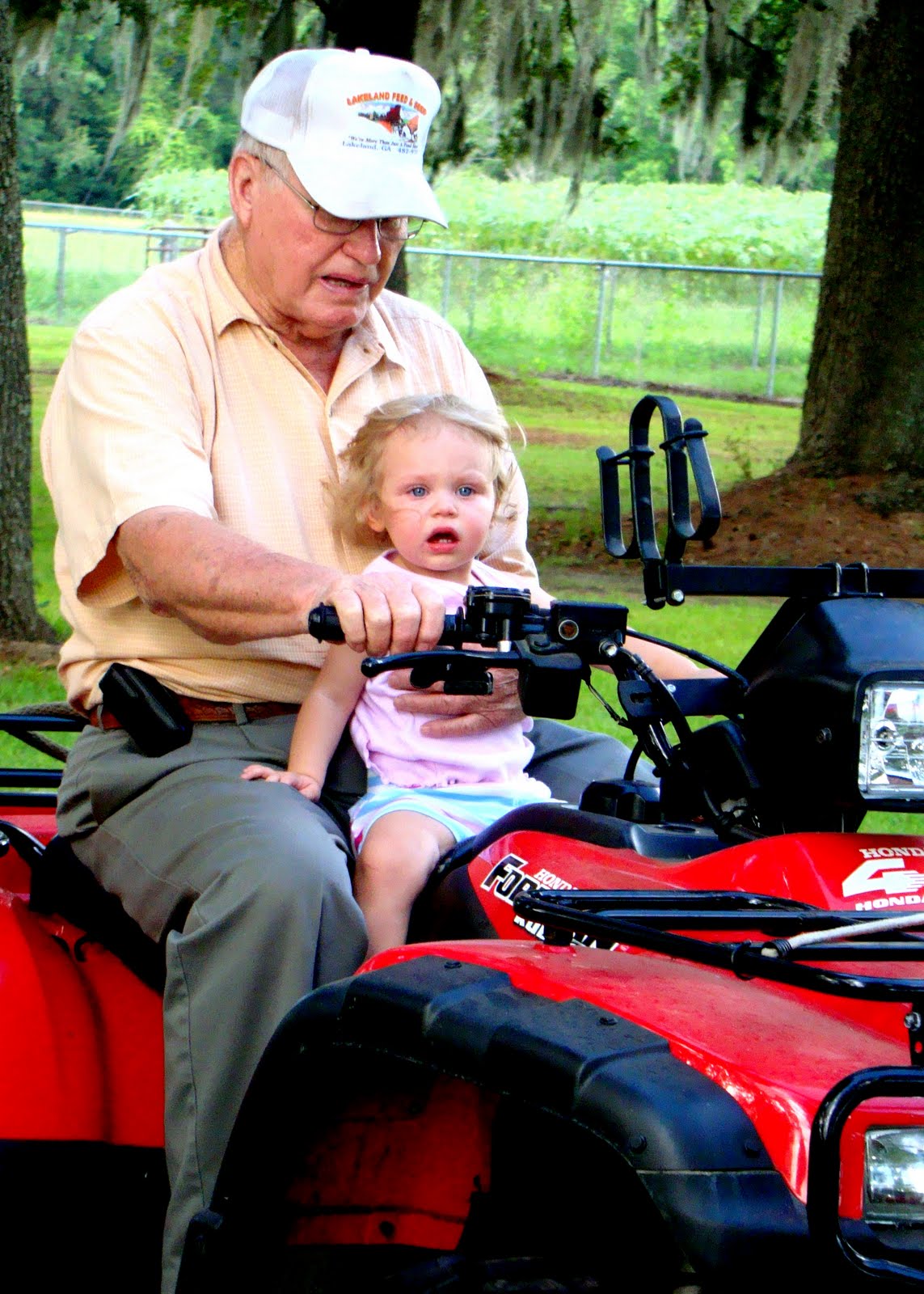 Not sure if we’ll be riding the four wheeler on the reg or anything but at least Kye had fun with Big Daddy during his first (and potentially last) ride on one!