I think most people already know about Courtney, Zach’s older sister, and her health problems. She’s 26 years old and has lupus. They found out she had lupus when she was pregnant with Colt, her oldest, and then she got pregnant again and had both Colt and Payton in less than one year. Being pregnant causes some major upsets with your body…can you imagine doing it twice in such a short time span?

Well on June 26th Courtney was up in Atlanta visiting her husbands family when she got really sick and couldn’t stop throwing up. They put her in the hospital up at Emory and couldn’t figure out what was wrong with her. She had a SUPER high temperature and her blood pressure was crazy high. They transported her, by ambulance, to South Georgia Medical Center on Monday the 29th and she’s been there since. Yes, she’s been in the hospital for 10 nights now. I can’t even fathom being stuck in a hospital bed for that long, especially not being able to see my child. Payton had her two month dr. appt and Courtney couldn’t be there with her! I’m sure it’s horrible for her to be away from her babies.

All this time they haven’t known what is wrong. She had a bad UTI and they fixed that. She was on a bunch of antibiotics so she got a yeast infection. They fixed that. She had issues with her heart rate because she puked up all her lupus meds and it caused a reaction. They fixed that. But nothing seemed to make her fever go away. Well during the past week they’ve run a million tests on her and even had a dr. come in who tests for random things like swine flu and west nile virus. They had her tested to see if her gallbladder was inflamed and while the tests came back negative they decided to take it out anyway because they said it’s common for it not to look like it’s bad but it could still be inflamed.

She had the gallbladder surgery today and the doctors said that it isn’t what’s been causing the problem even though it did show signs that it has been inflamed and would eventually have to come out anyway. We went to visit her and I feel so bad for her! She could hardly talk her mouth was so dry and her arms are all bruised from all the blood being drawn. 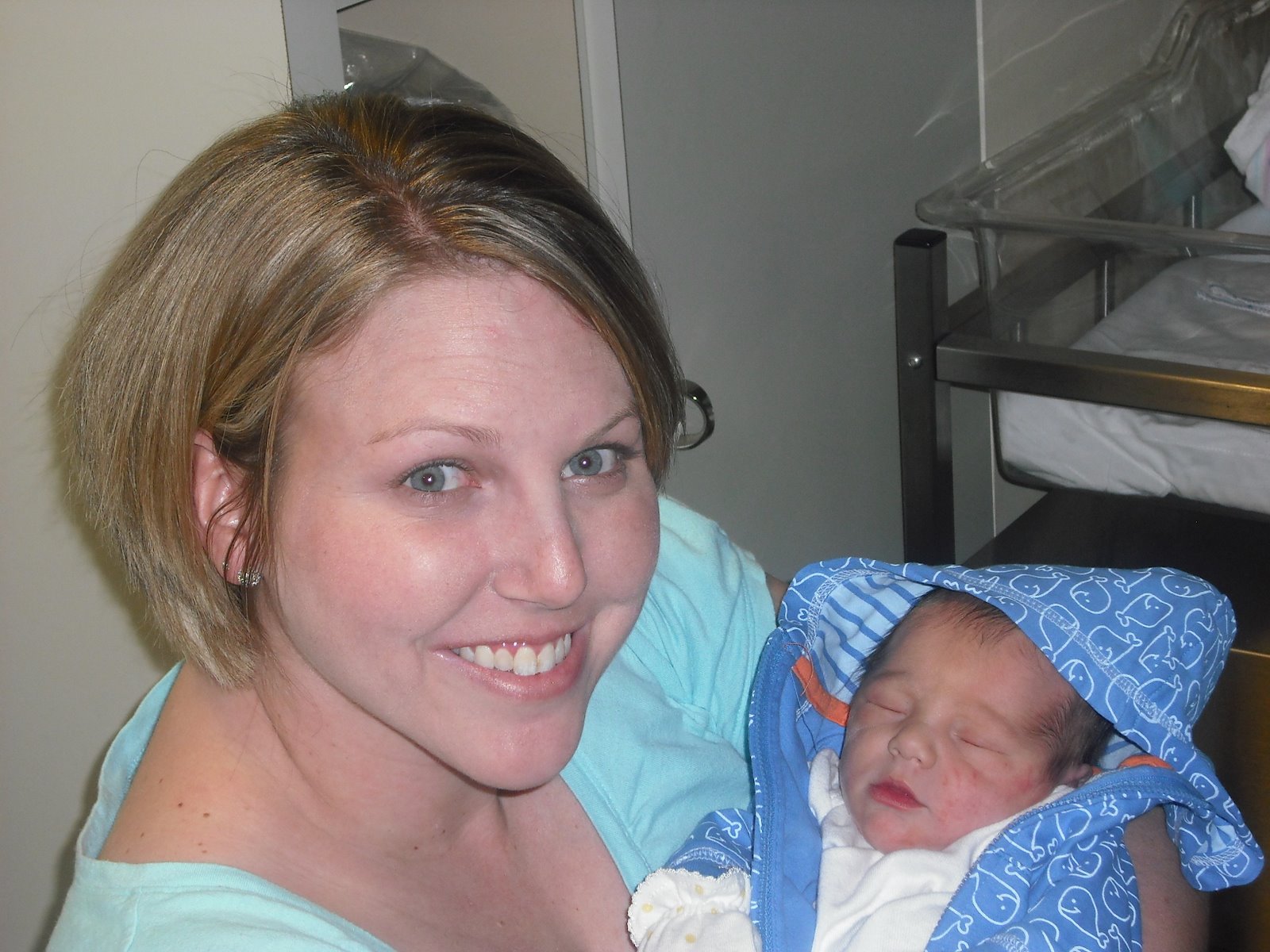 After we got home Mr. Rusty called and said that the speciality dr. that ran all the random tests on her called and said he found something! She has something called CMV which has symtoms similar to mono but a prolonged fever (which she’s had a high fever for the full 10 days now). It’s great news that they know what is wrong with her FINALLY and even better news that they can treat it! There is an antibiotic she can take that should solve all these problems. Great right?

Well…while it’s great, it’s also not-so-great. In order for the antibiotics to fully work she has to remain in the hospital ANOTHER 10-12 DAYS!!! I feel HORRIBLE for her! Not being able to be around your children for 22 days!!! OMG! How awful! I can’t stand hospitals and can’t imagine having to be in there longer than a day (I left 26 hours after having Kye) let alone almost a MONTH!

Even scarier? The CMV thing is contagious, especially to those with weak immune systems, children, and pregnant women. She’s had a couple pregnant nurses come to her room. Plus Mrs. Charlotte has rheumatoid arthritis and she’s been sleeping up there on the nights that Brad can’t so she’s been highly exposed to it!!! In addition baby Payton has been up there! Plus Mrs. Charlotte has been helping Courtney take care of the kids and has been around them a bunch as has Brad. It’s pretty scary to think about all the people that have been in contact with Courtney and how any of them could get it. I’m not worried for Zach, Kye, or myself as I’m still on prenatal vitamins and am nursing so my immune system is pretty strong (and it typically is anyway) and Zach’s is very strong too plus we only went up there twice for about 20 min each time. I feel bad but we won’t be visiting again until she’s out because we don’t want to risk Kye getting it as it can have some rough side effects in kids…as severe as deafness!

Please keep not just Courtney in your prayers but her children, her husband, and Mrs. Charlotte. Not only is it scary that they could catch this thing but it’s a lot on them physically and emotionally to take care of two young babies while their mom is in the hospital for so long!