Have you ever heard the term “partay”? Urban dictionary defines it as: A Partay is a party without drinks, drugs, or anything considered inappropriate for people of the age 17 and under.

So basically…any kind of event I have is a “partay” because I totally get down like a 15 year old hahahaha. Some of our “mom talk” may be inappropriate for a teenager (otherwise I’d totally invite Jolee to come!!!) but for the most part I’m pretty “PG.”

As I mentioned in my last post, Zach went out of town on a camping trip on a Saturday. Instead of having a pity party about my husband being gone on the weekend…I made the most of it! We had our fun movie themed event that morning and then that evening I had some friends over!!! I had planned to have a small group (had to keep it small to avoid my babies waking up!) over just to hang out but then Robyn mentioned she’d wanted to host a Mary Kay party for her friend Claire, who I am also mutual friends with (she worked with Zach for awhile!). I told her I didn’t mind at all combining our two ideas into one idea so we did a PJ/Mary Kay event!

It was SUCH a fun night!!! The last guest didn’t leave until almost 1 AM!!! In hindsight we should have totally made it a legit spend the night party. And I REALLY want to have one of those sometime in the future. Wouldn’t that be so fun to do old school girly stuff like mud masks and pedicures? Watch rom coms and be silly? Maybe bust out some classic Dream Phone too! (I told you guys…I “partay” like a 15 year old for real…) Anyways…this was a good first run at having a group over while the kids slept. I was a tad nervous about it but it worked out great. I used an extra box fan in the hallway to help block out any noise but neither of them ever made a peep! Kye was actually still up when some of the guests arrived and I was proud of him for going to bed so smoothly. He loved all the attention from the ladies 😉

Yay for a non-pregnant pic together finally! 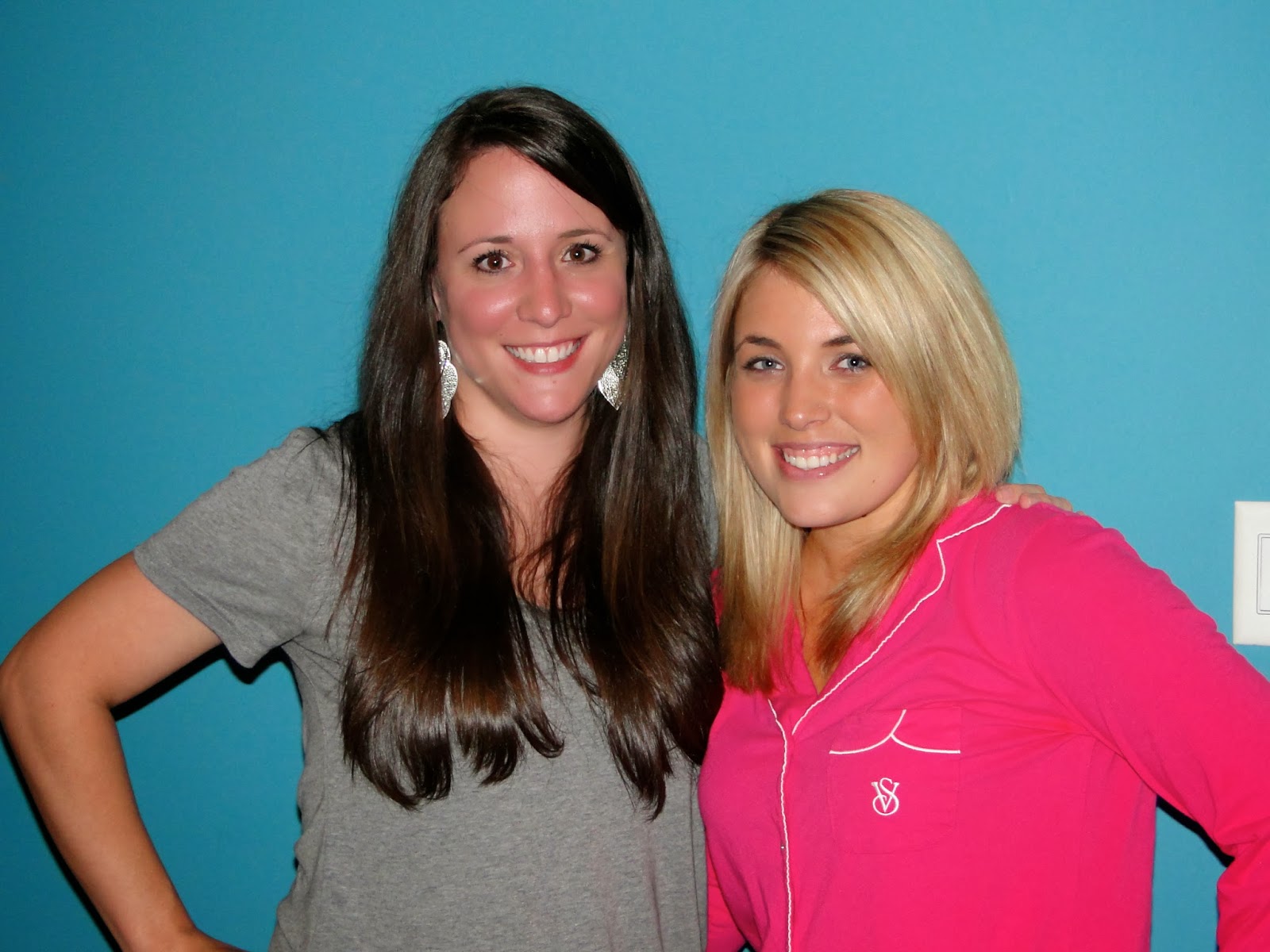 Casey and I connect on our love of pictures! 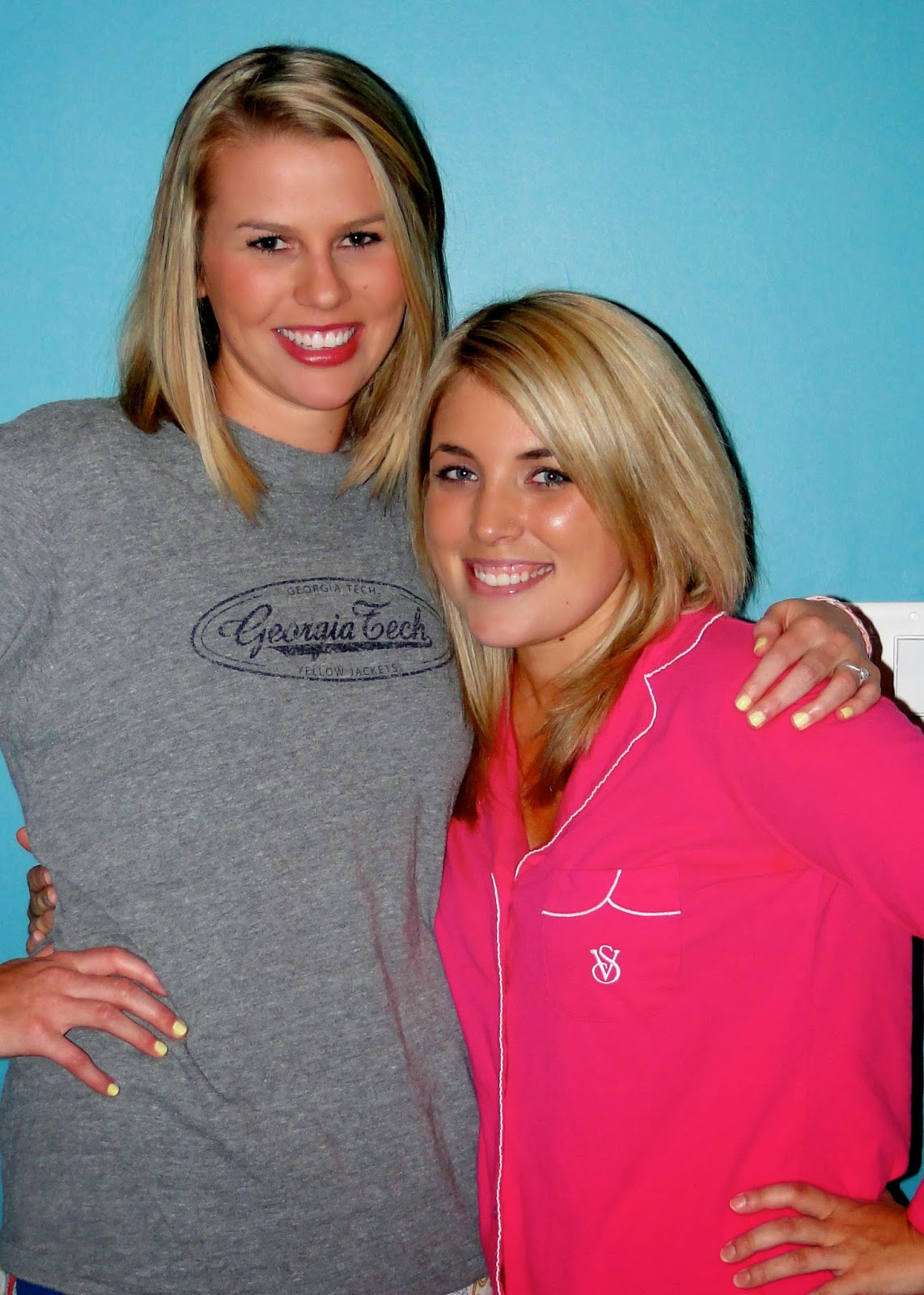 Claire was all professional and didn’t bust out her pjs! 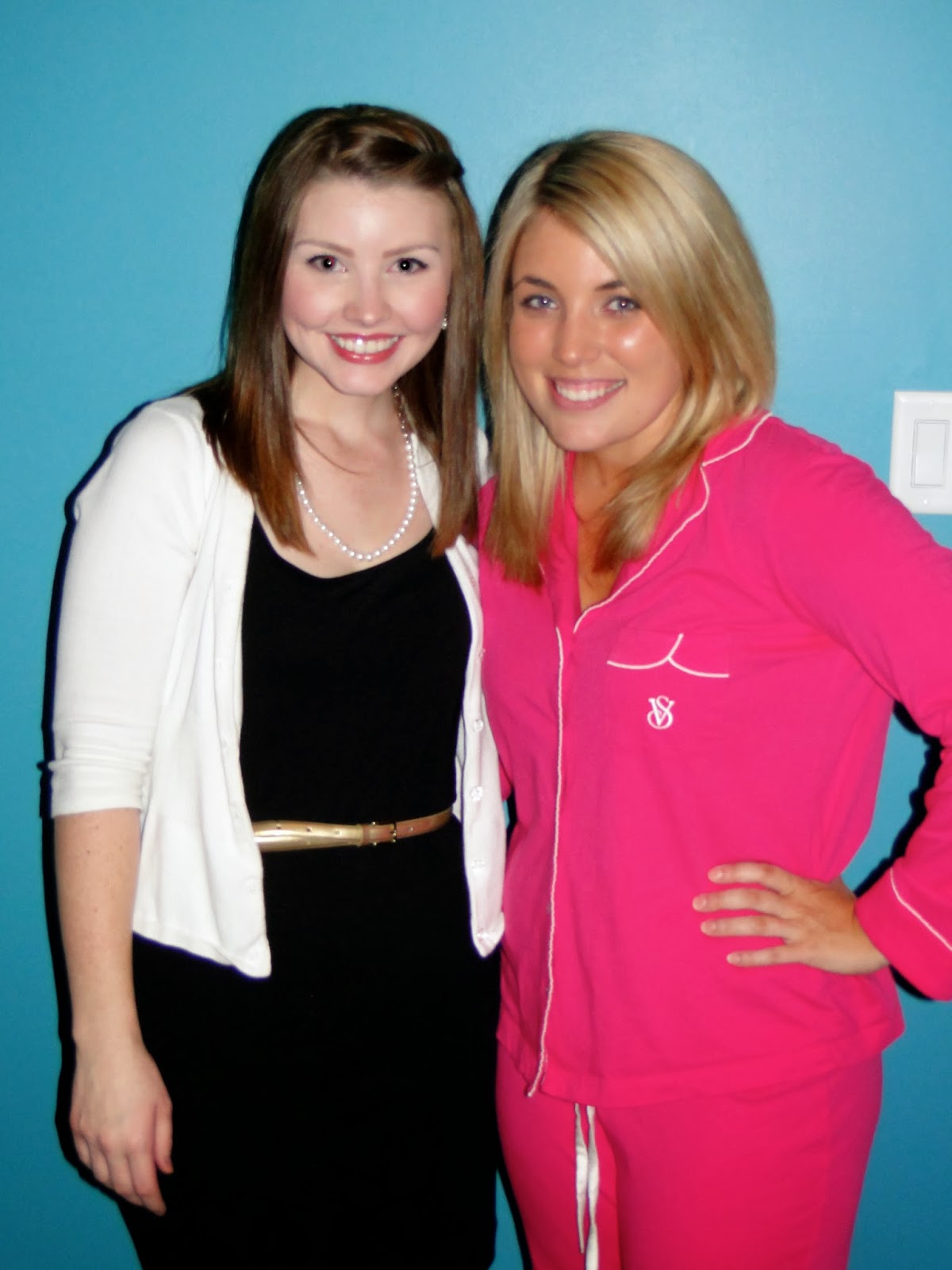 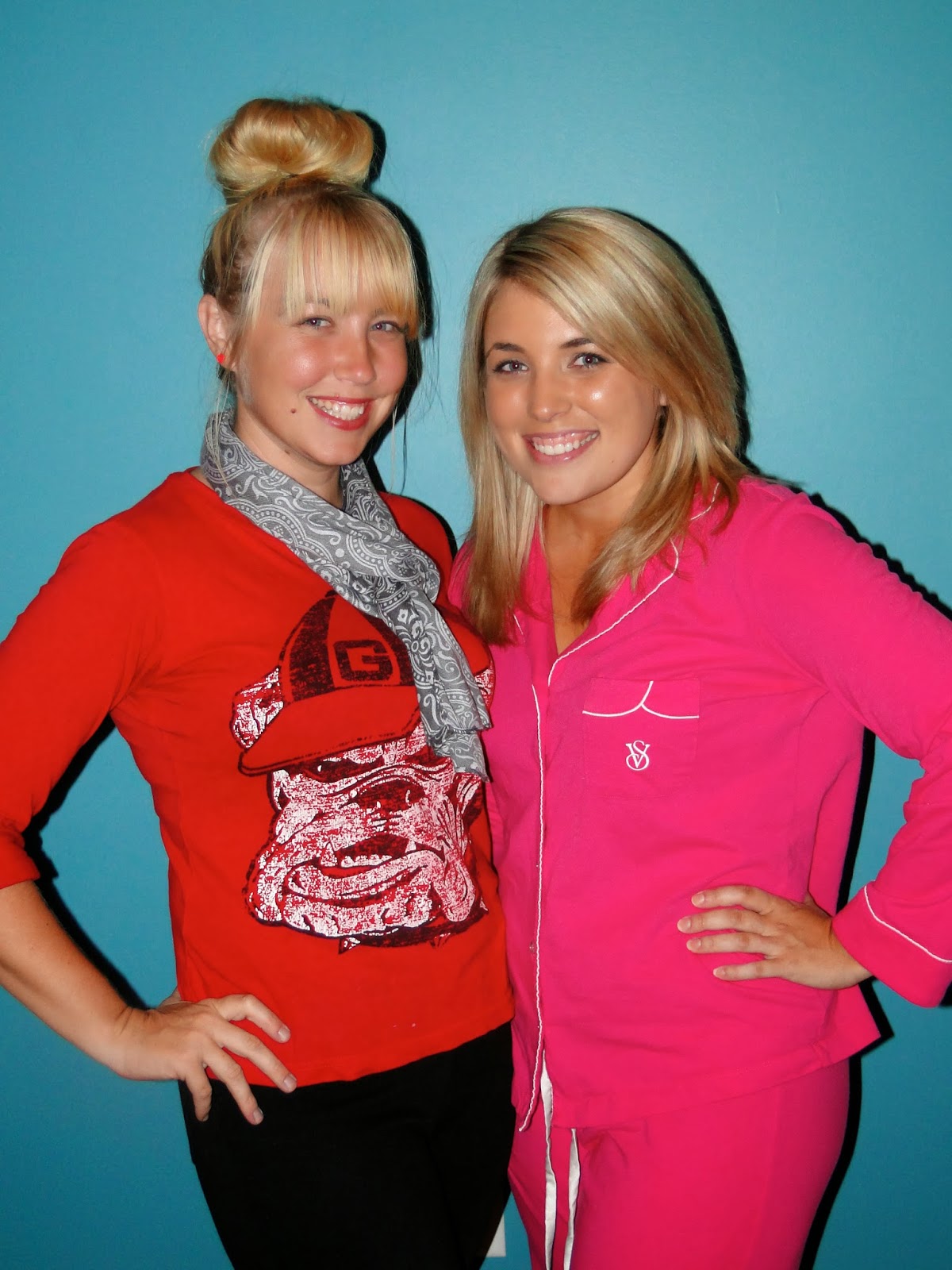 Katie was cracking us all up the whole night – love her 🙂 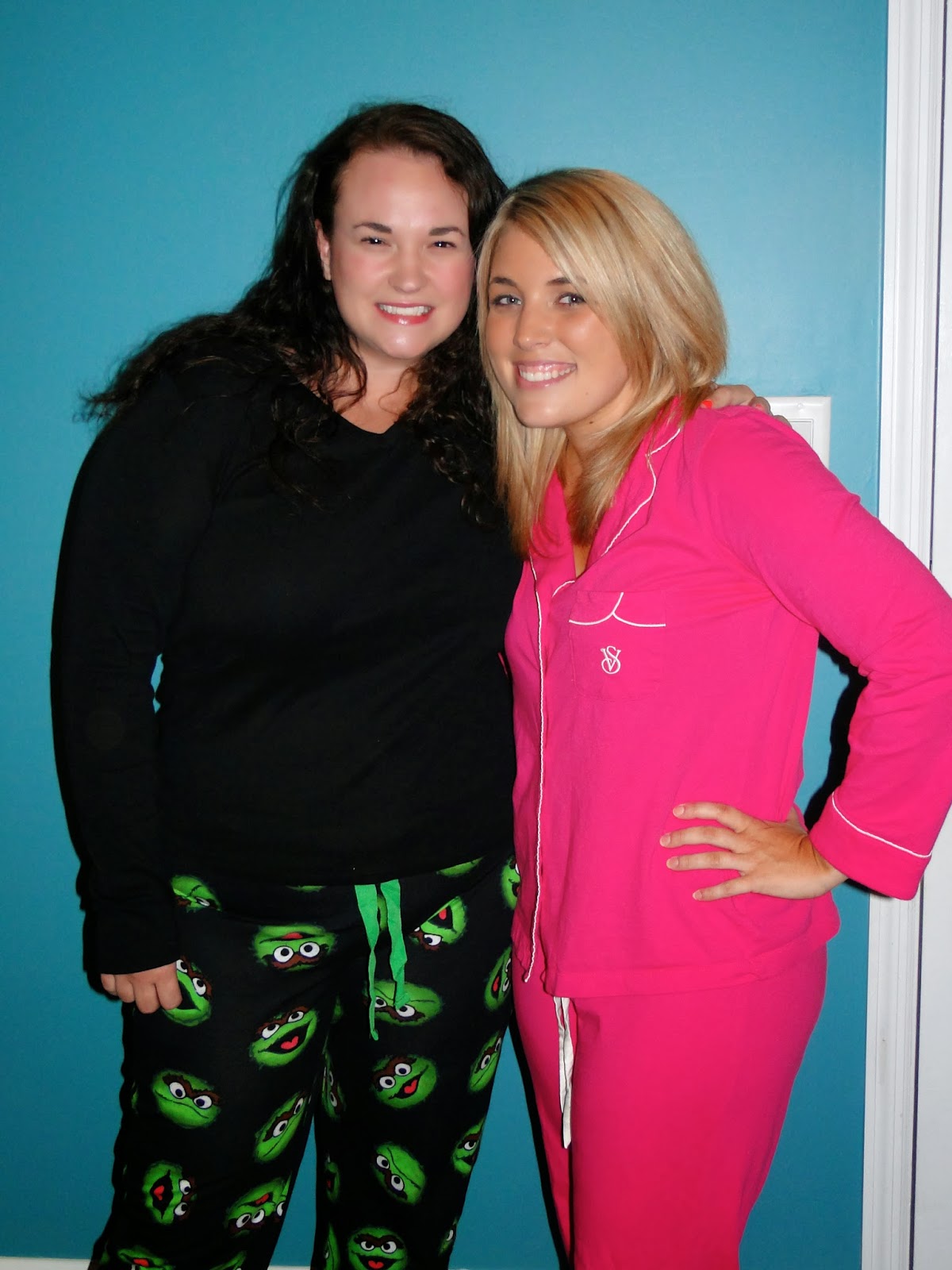 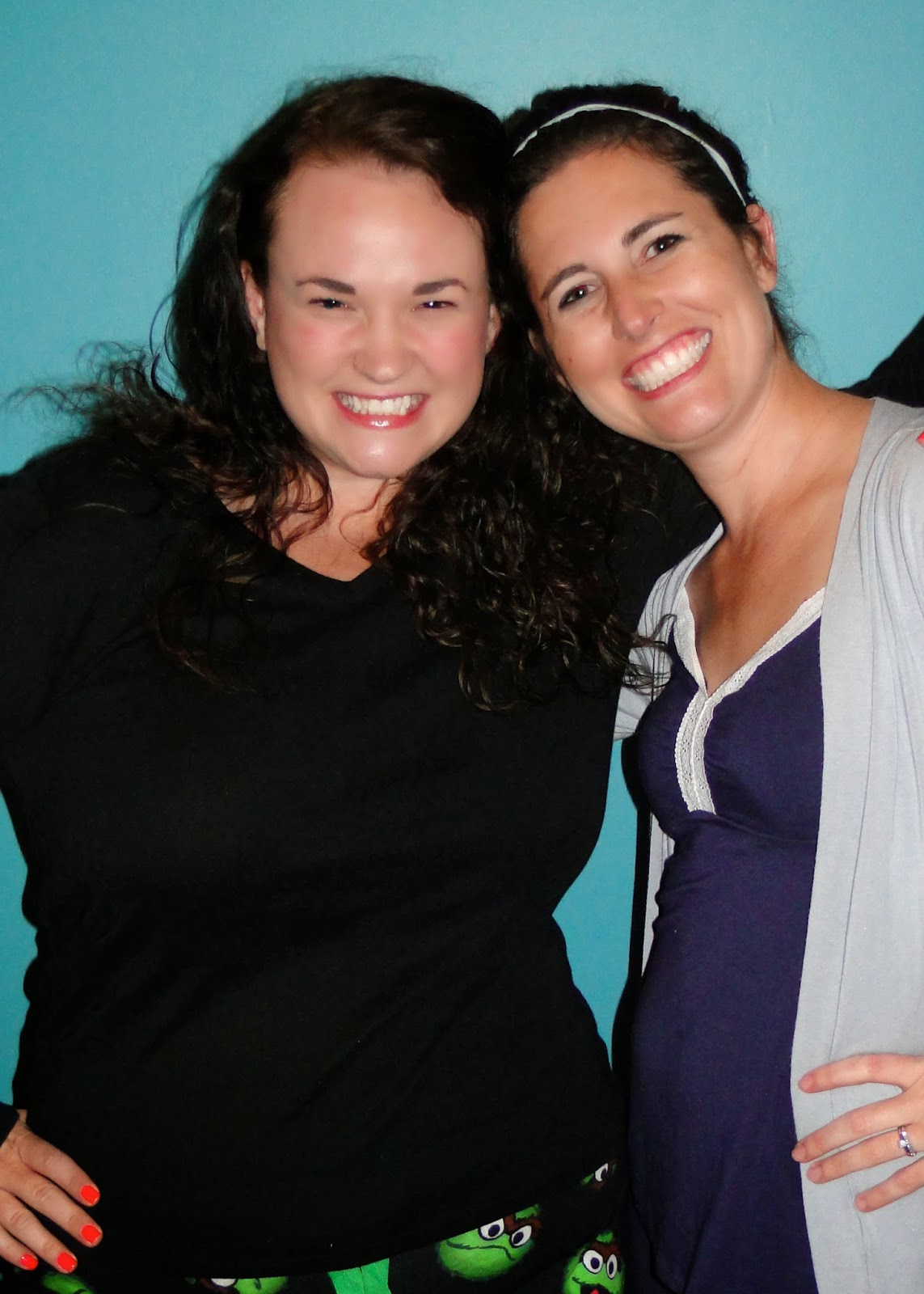 I can’t say I don’t have any friends who live in my neighborhood! I love me some Kori! 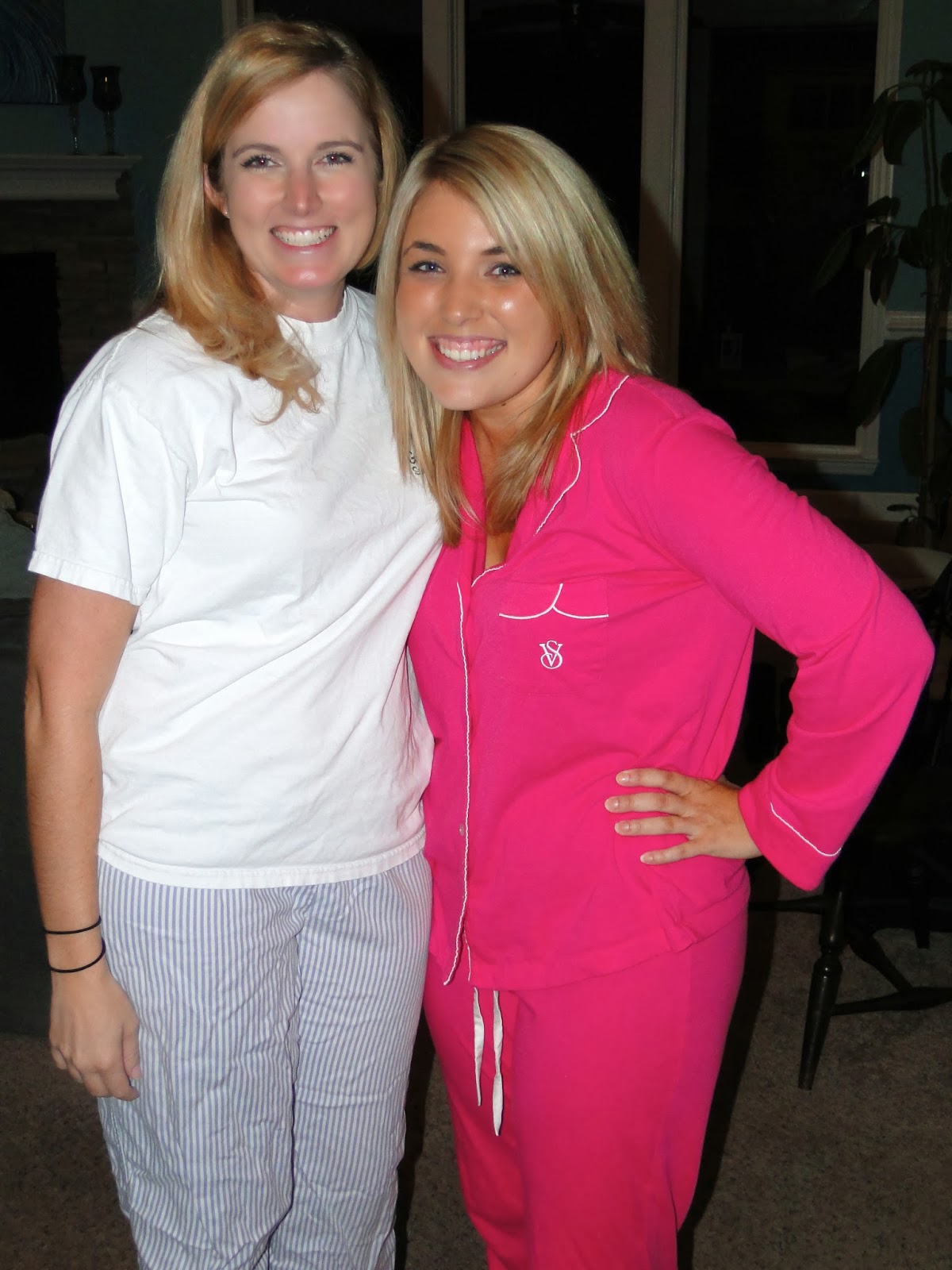 THE Lindsay from Captured by Colson! 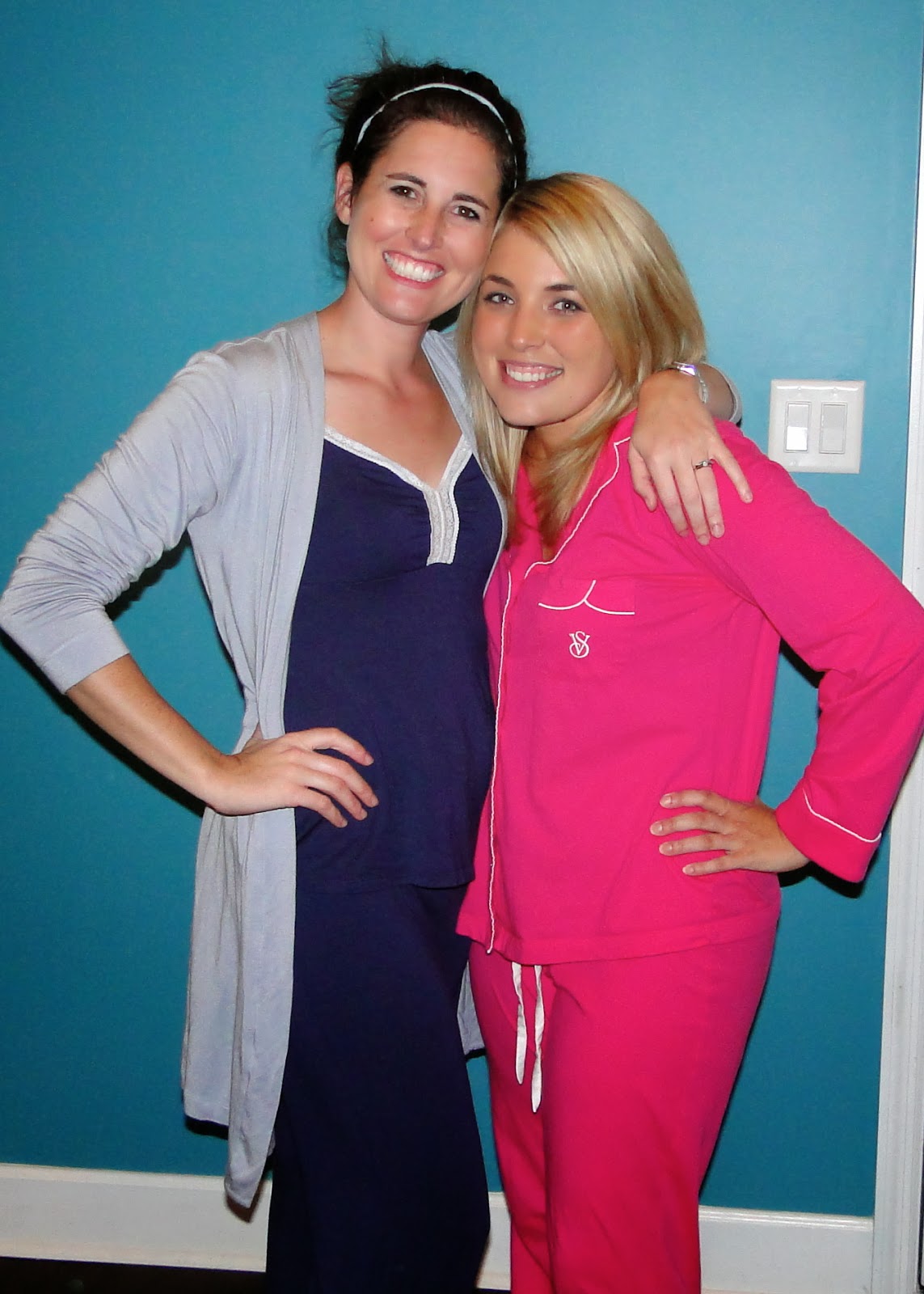 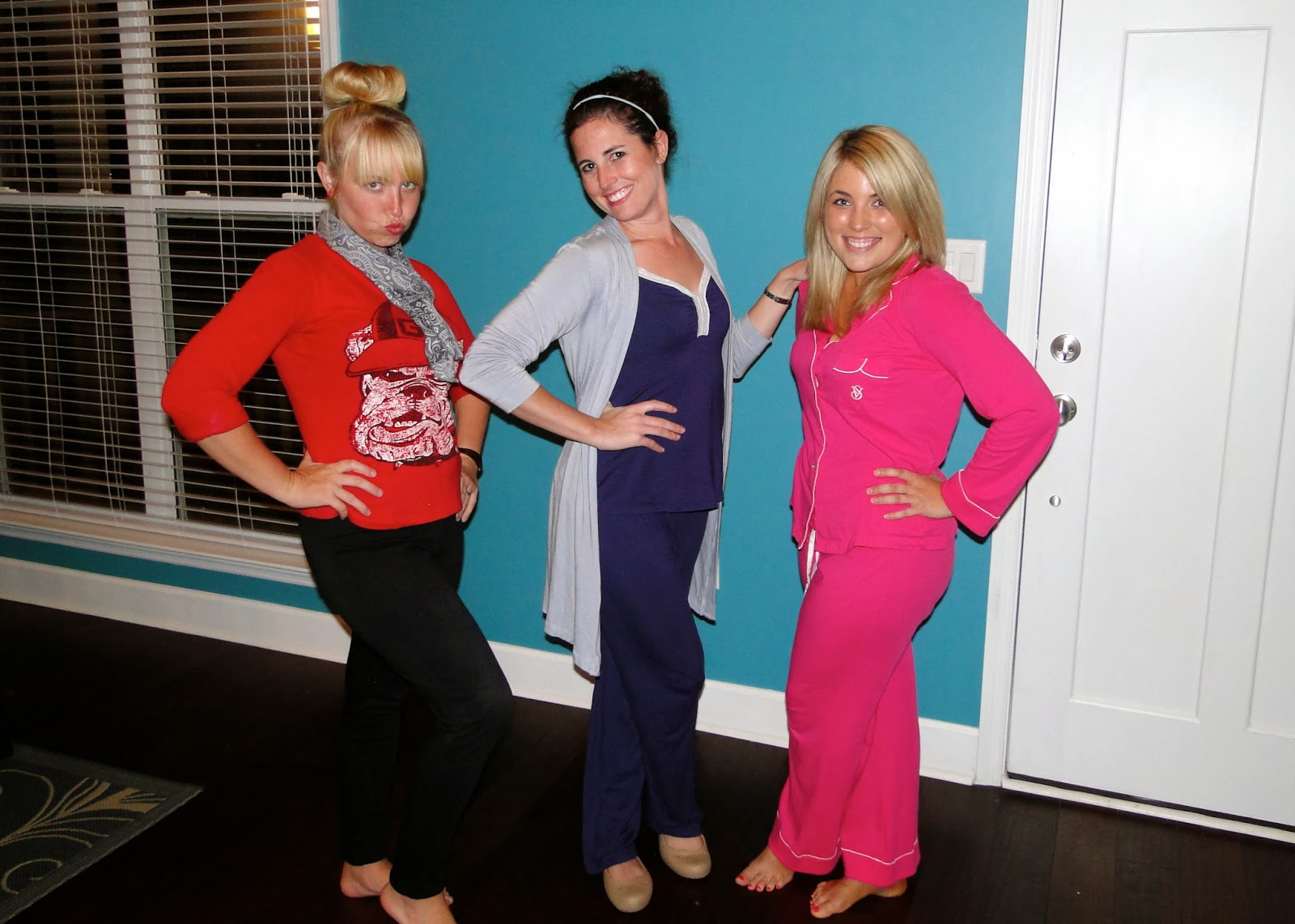 I love whoever took this… 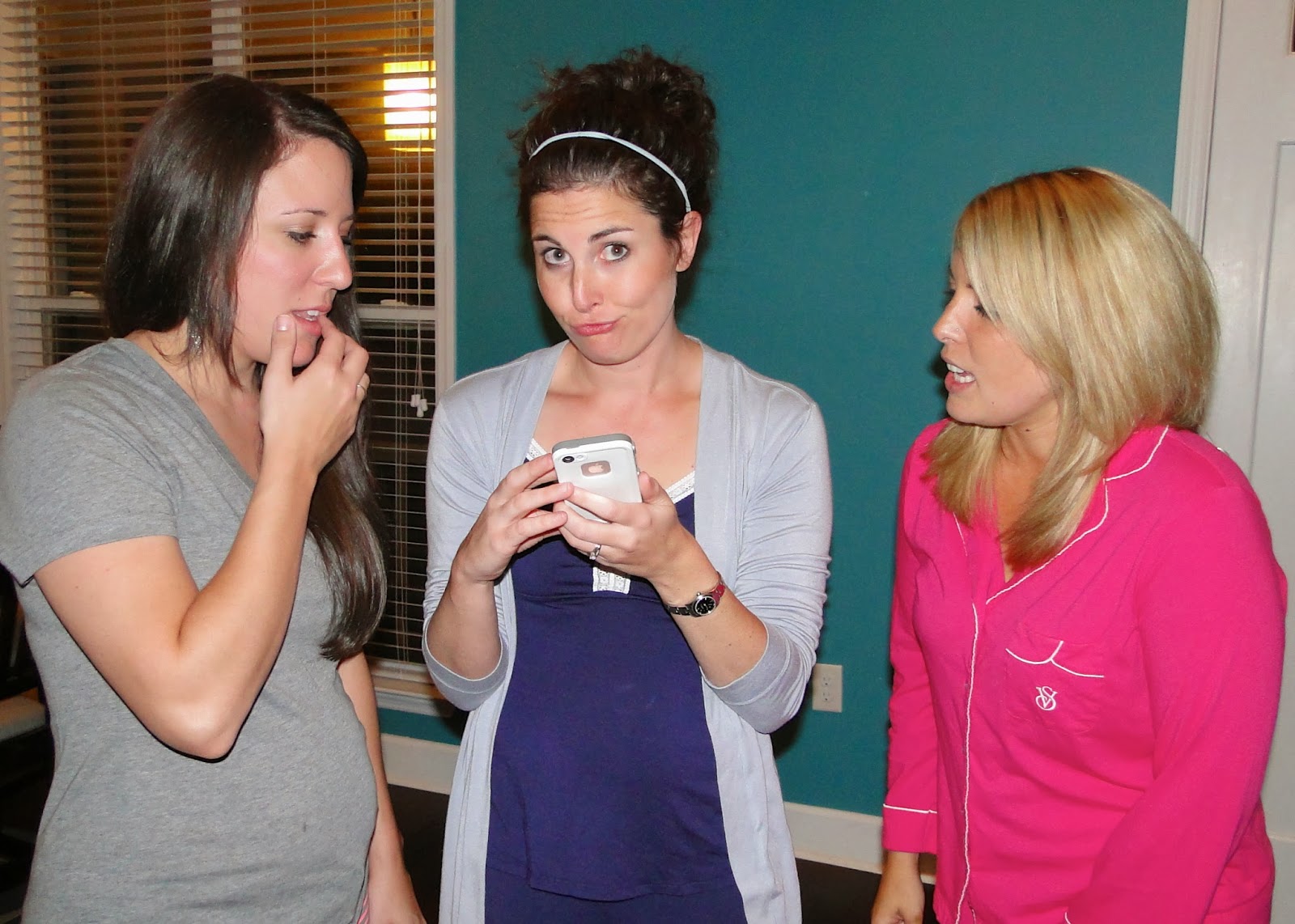 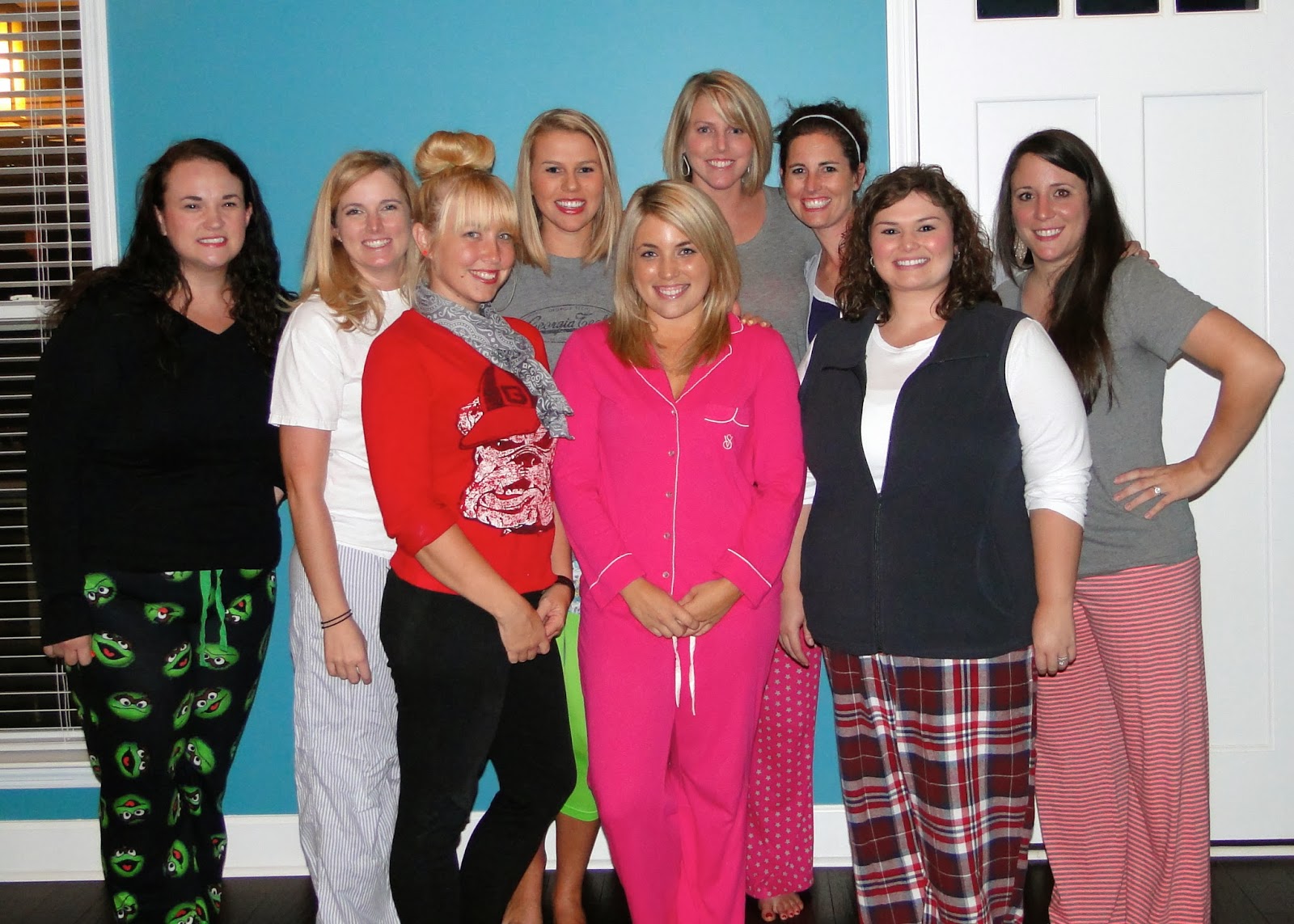 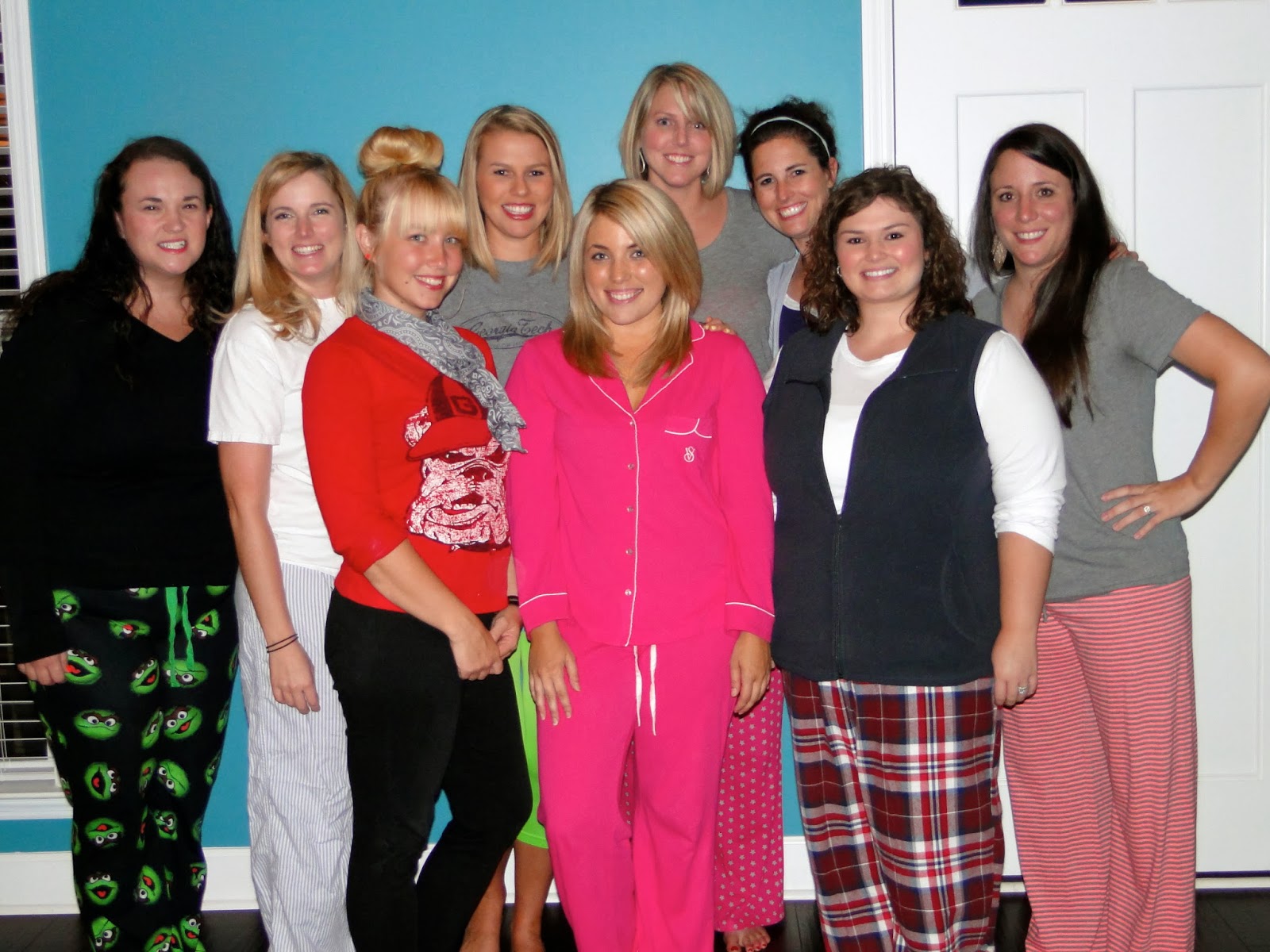 We had a TON of food! I used the cookies from the bear claw recipe that morning and made sweet tea! I decided on a whim to bust out my fine china. Why not? We had less than 12 people there so I had enough little tea cups and fancy plates for everyone. I’m ALL about putting that china to good use! What’s the point of having something if you don’t use it? And I want it to have memories so when I pass it down to my kids it will be meaningful, ya know? 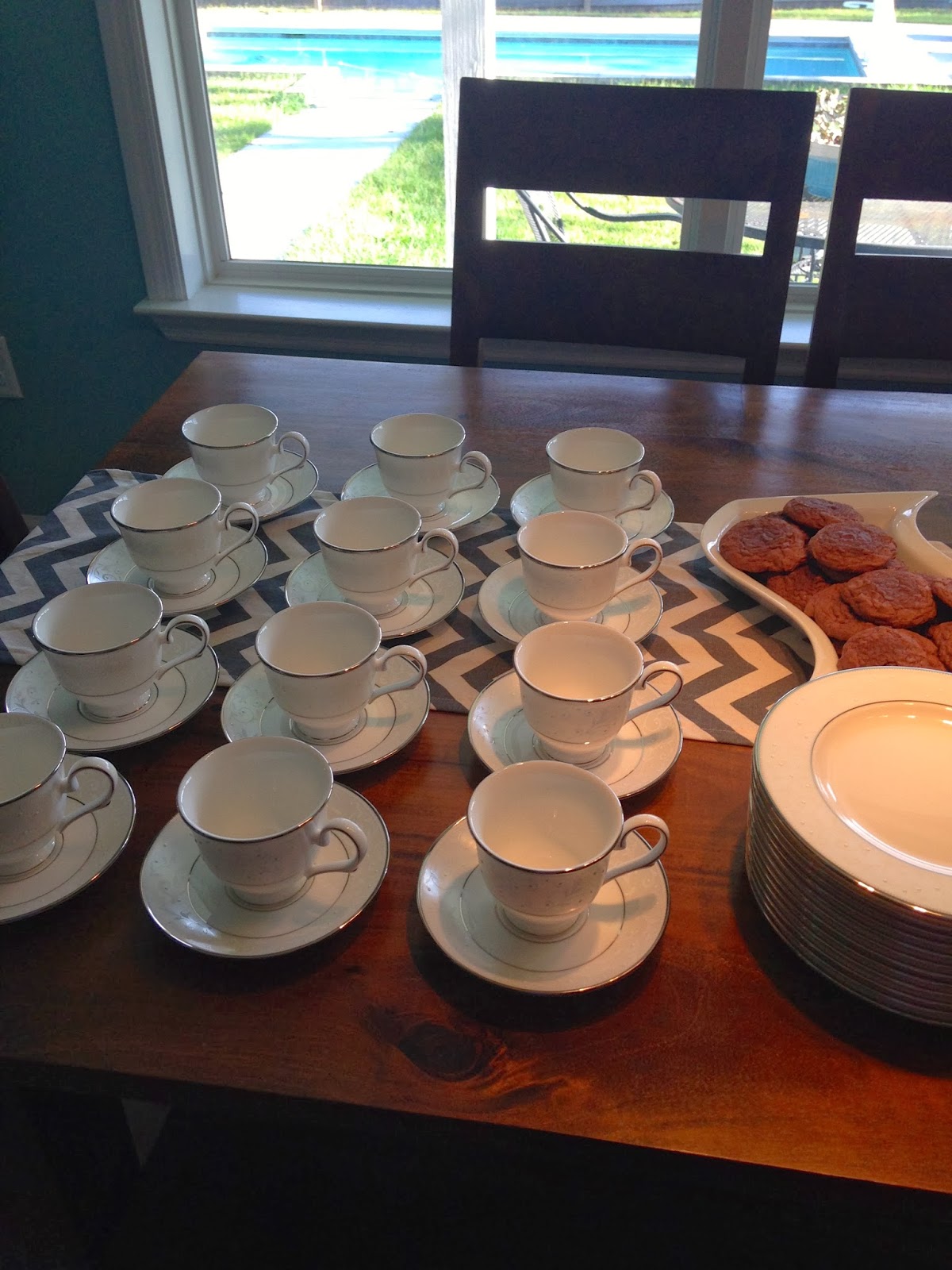 We grubbed out and laughed and talked and all got along SO well! Many of the people in the group hadn’t ever met before or barely knew each other but I think everyone left feeling like they’d gained new friendships. Plus some killer skin care and make-up tips too 😉 I’ve been very, very blessed in the friendship department. I am a person who NEEDS friendships. I know some people can get everything they need from their family but I don’t have that. Especially now that things have been so tough with my own family (not Zach and the kids…but the bigger family) I lean on and value my friendships even more. It is TOUGH as a mom to make friends and I struggle to follow through with the promises of “let’s get together sometime” but I’m working on getting better at that and focusing more of my attention into those relationships that are two-sided. Sometimes it’s easy to get caught up in one-sided friendships but I am blessed to have many friends who I can share my complete self with and who also share themselves with me!

Pumped for future PARTAYS to come!