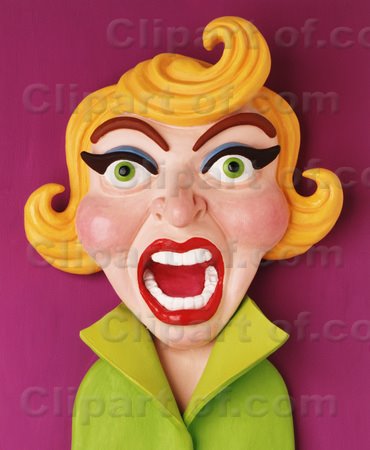 One of the first things I did when I found out I was pregnant was read Belly Laughs by Jenny McCarthy. It was sooo good and I loved her honest humor about this whole experience!

Well something she mentioned in the book was that she turned into “Physco Chick” sometimes while pregnant. I think one of the stories she told was that she was drinking a ton of tea since it’s supposed to be good for you and her husband tells her that it is loaded with caffeine. She freaks out worried she’s hurt the baby and goes NUTS on him!

I had my FIRST Physco Chick experience yesterday….

We were running late and Zach wouldn’t let me go by myself where we were going and just meet me there once he was ready so I went the most nuts I’ve ever gone…I was saying really mean things, throwing stuff, opened the door while he was driving (he was coming to a stop and I had my seatbelt on so don’t go calling defax on me just yet…).

Luckily I finally chilled out and I felt horrible about the whole thing!

We do our weekly ritual of googling whatever week we’re at in the pregnancy and seeing what the baby looks like as well as what is going on with it and YUP it has a whole paragraph about how week nine women, like myself, often have horrible mood swings! At least that got Zach out of taking me to the mental hospital (at least for now…)

While mentioning week nine I think it is SO SO SO awesome that this week our baby will develop the parts that either make it a boy or a girl!!! I guess it already knows which one it is but it just doesn’t have the parts to prove it yet 🙂