When Courtney and Brad’s first baby, Colt Wesley, was born last May Zach and I were in Cancun celebrating our one year wedding anniversary and busy making our own baby! We were so sad to miss Colt’s birth and so worried that we’d miss Payton’s this May! She wasn’t due until Colt’s first birthday (which is May 26th) but with Courtney’s Lupus they said she’d be early. Zach and I just had a FEELING she’d be born while we were in Paris!

Well thank you Payton! She waited to be born until the day after we got home!!! 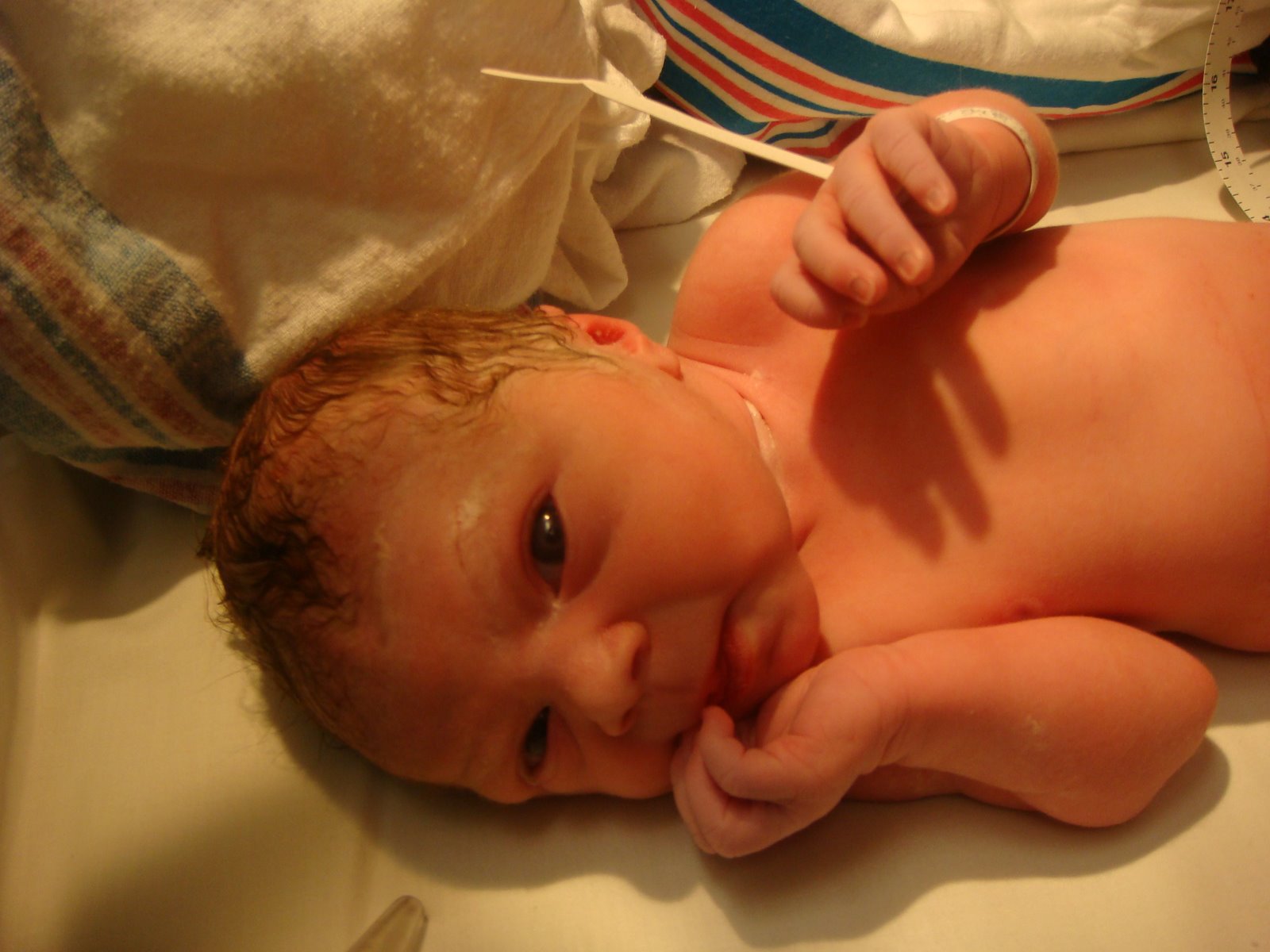 A funny story (other than the fact that I ran my car into the garage wall…) related to her birth happened before she was even born! Since Kye is so young we didn’t want to wait up at the hospital the whole time so we told Mr. Rusty to let us know when Courtney was getting ready to push so we could be there when Payton was born.

Well I was running errands, buying a new straightener, and Zach was taking care of Kye for me when Courtney was 4 cm dilated. Well just as I was checking out at Sally’s Zach called me freaking out saying his dad texted him that she was 10 cm! I jumped in the car and raced home (15 min) and Zach woke Kye up from his nap, got him dressed, and put him in his car seat.

When I was about 3 min from home Zach called me and said that Mr. Rusty was JUST KIDDING!!! What a mean joke! He said he thought we’d know he was kidding (how would we know?) and that he just wanted us to come to the hospital sooner so he could see Kye! I thnk Mr. Rusty should be thankful that he’s my favorite b/c I managed to get over it.

Since I was sick and Zach has been sick we opted not to hold her just in case..so we took a pic with Mrs. Charlotte with her 🙂 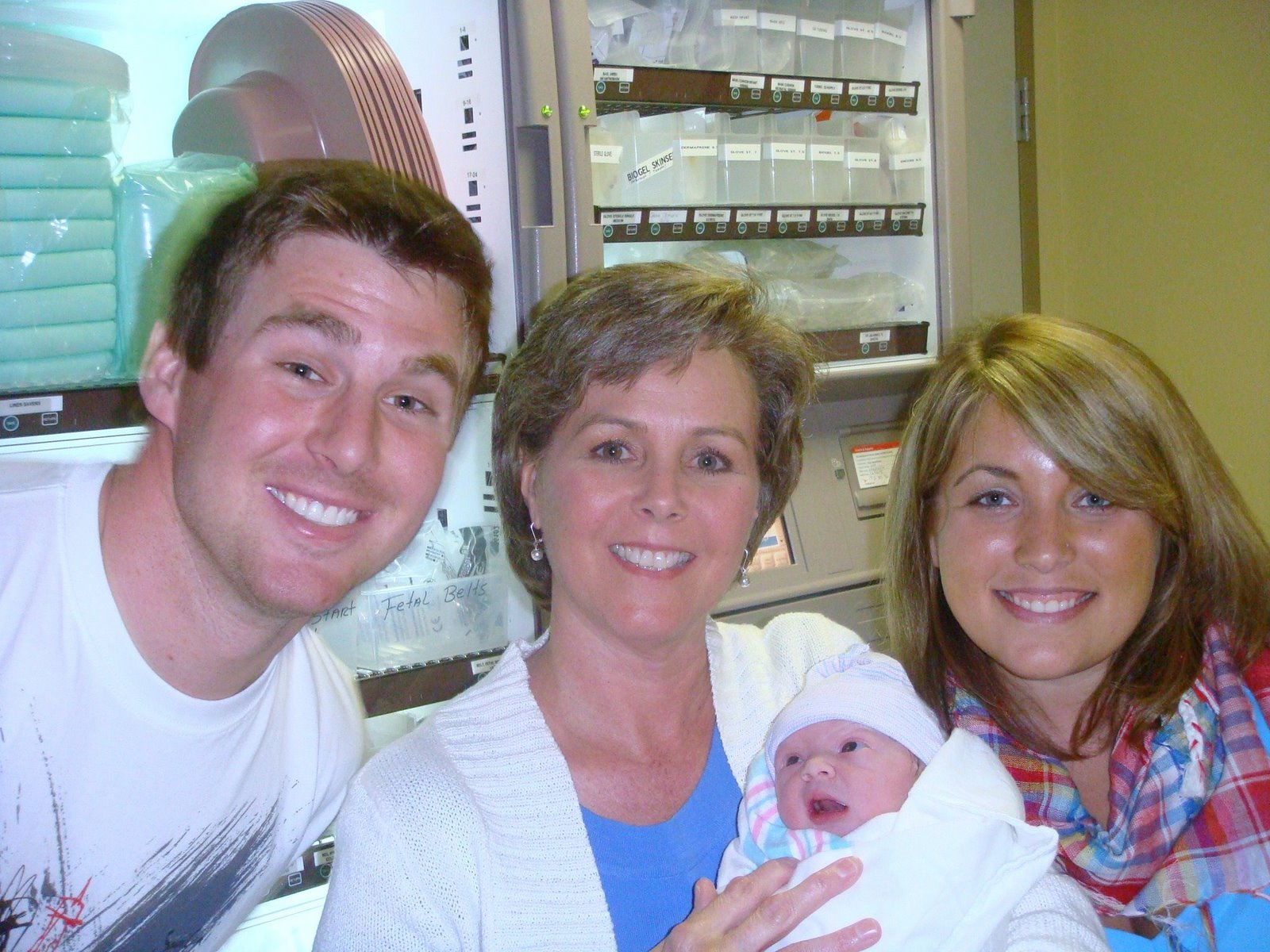 Here is Colt and his daddy meeting his little sister! 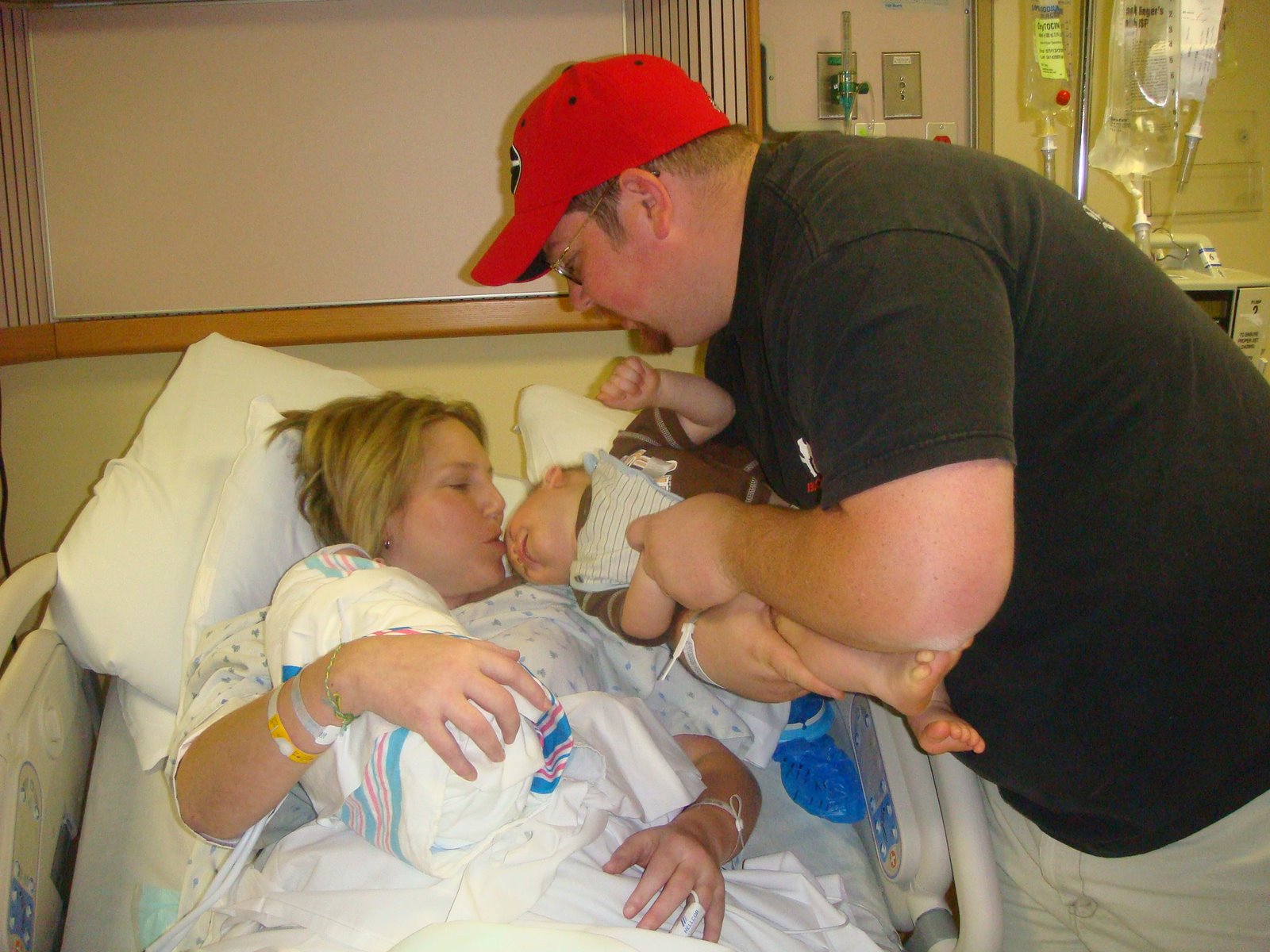 It was a neat experience for me to see everything from the outside looking in. And it was funny b/c Courtney had the MEAN, EVIL IV nurse that we had! I had to beg Zach not to say anything!!! 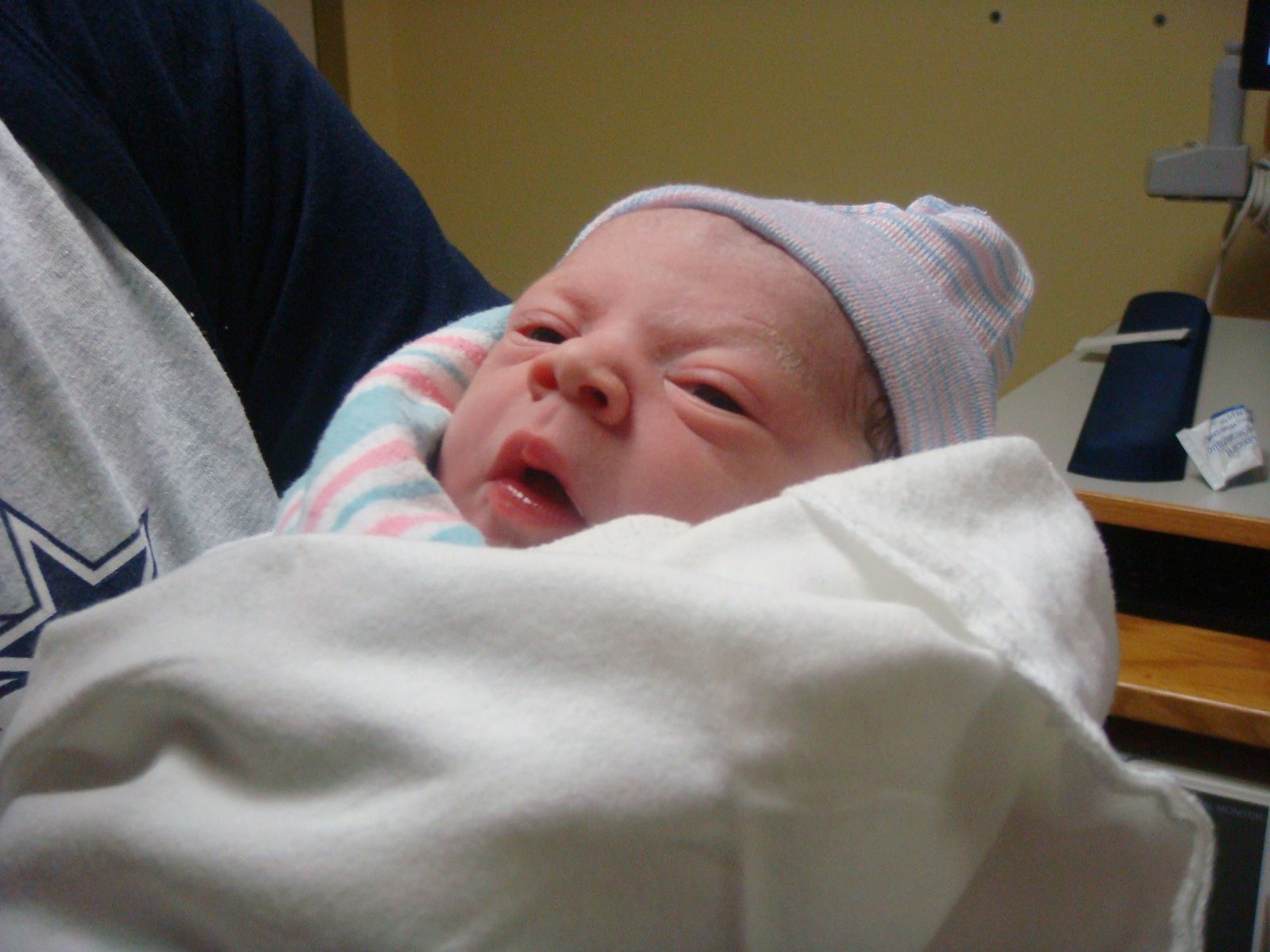 We went and saw her in the nursery and witnessed her scratching up her face…I wished I had brought some of Kye’s mittens but they put some socks on her hands! I can’t IMAGINE having 2 children in less than a year…this weekend is Courtney’s first Mother’s Day and she has TWO kids. So crazy! Now that she has Payton they swear they are DONE having children…but I’ll bet money she ends up pregnant before this year is over haha 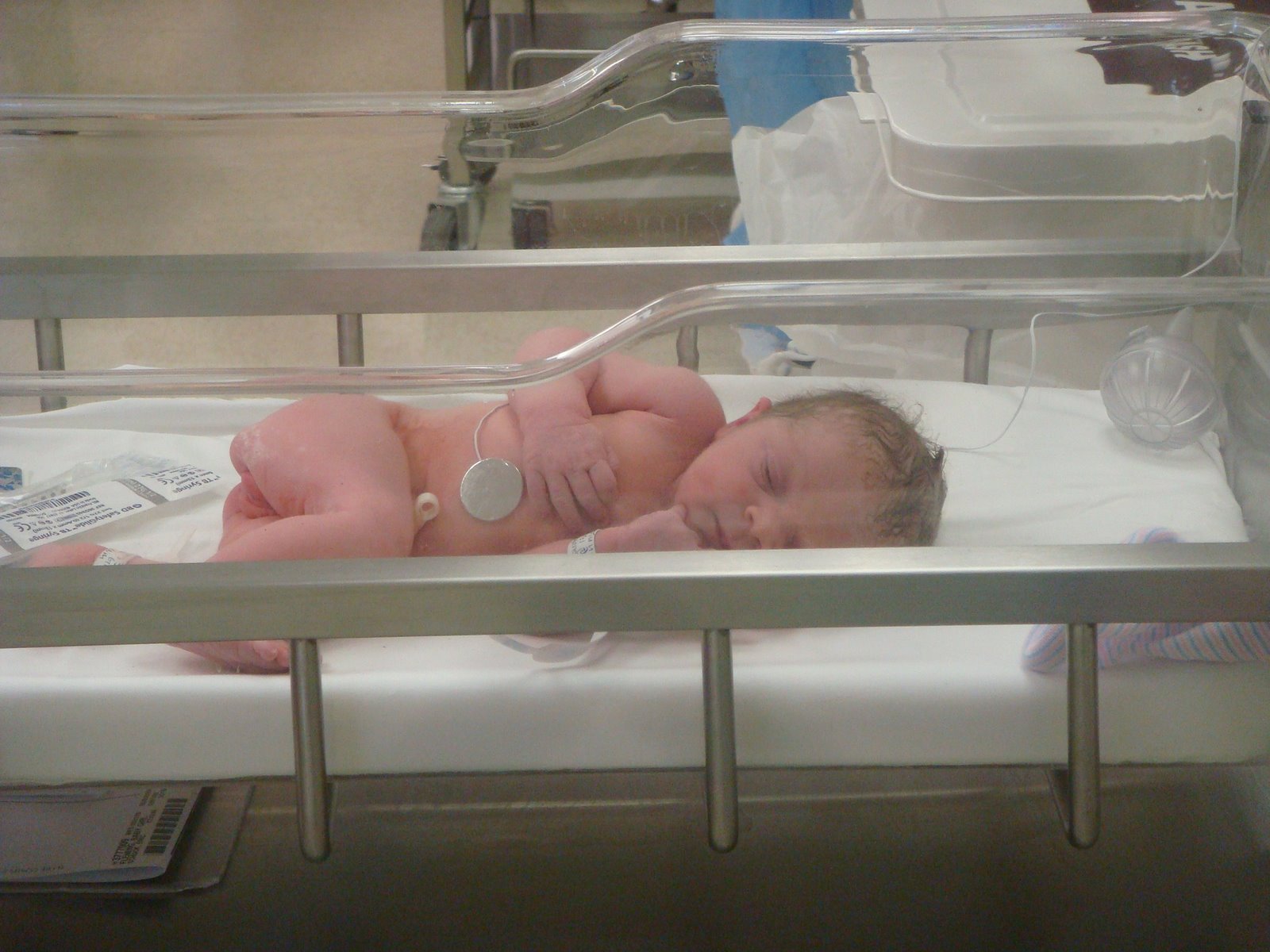 Mema got to give Kye his bottle! 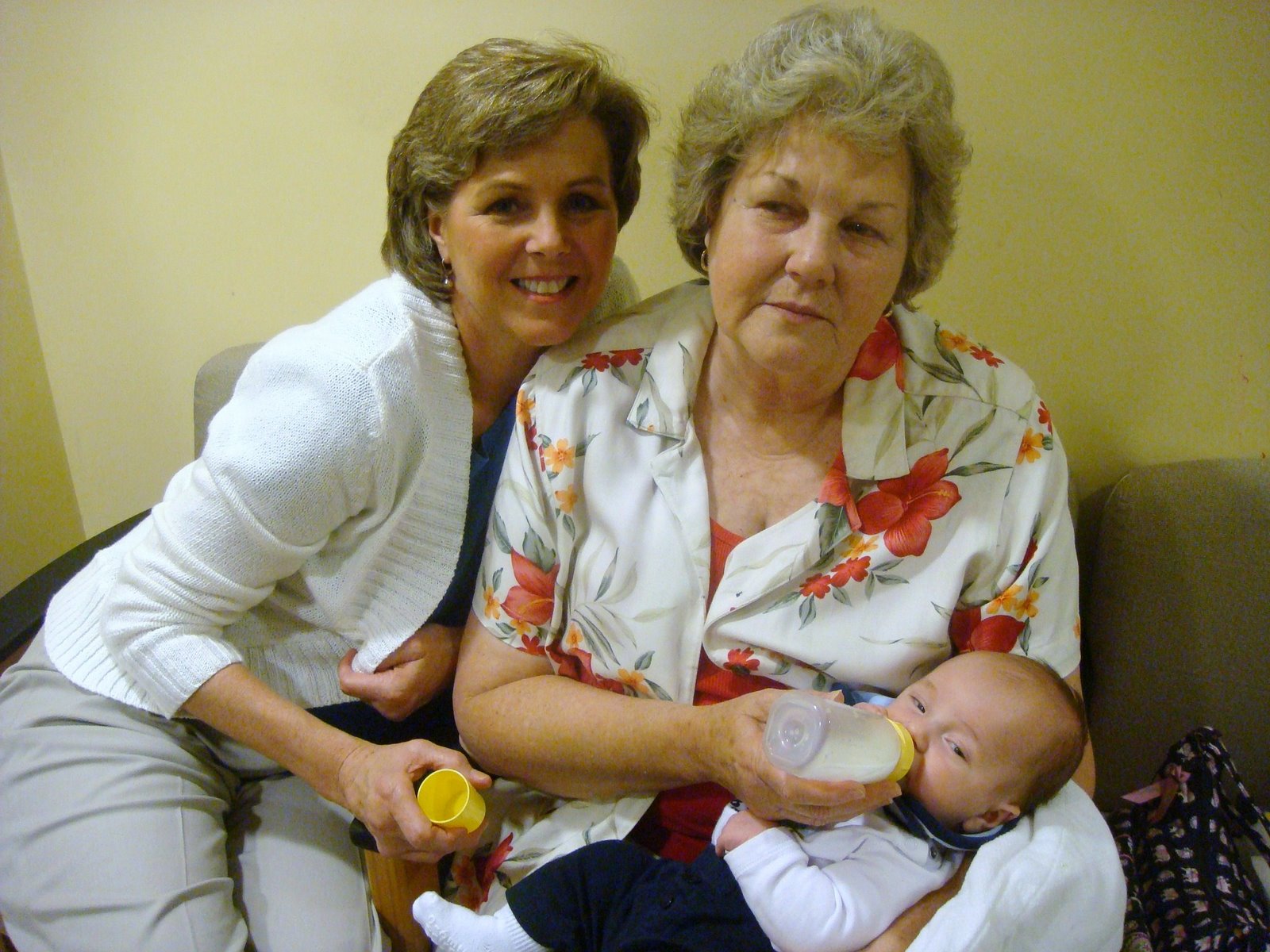 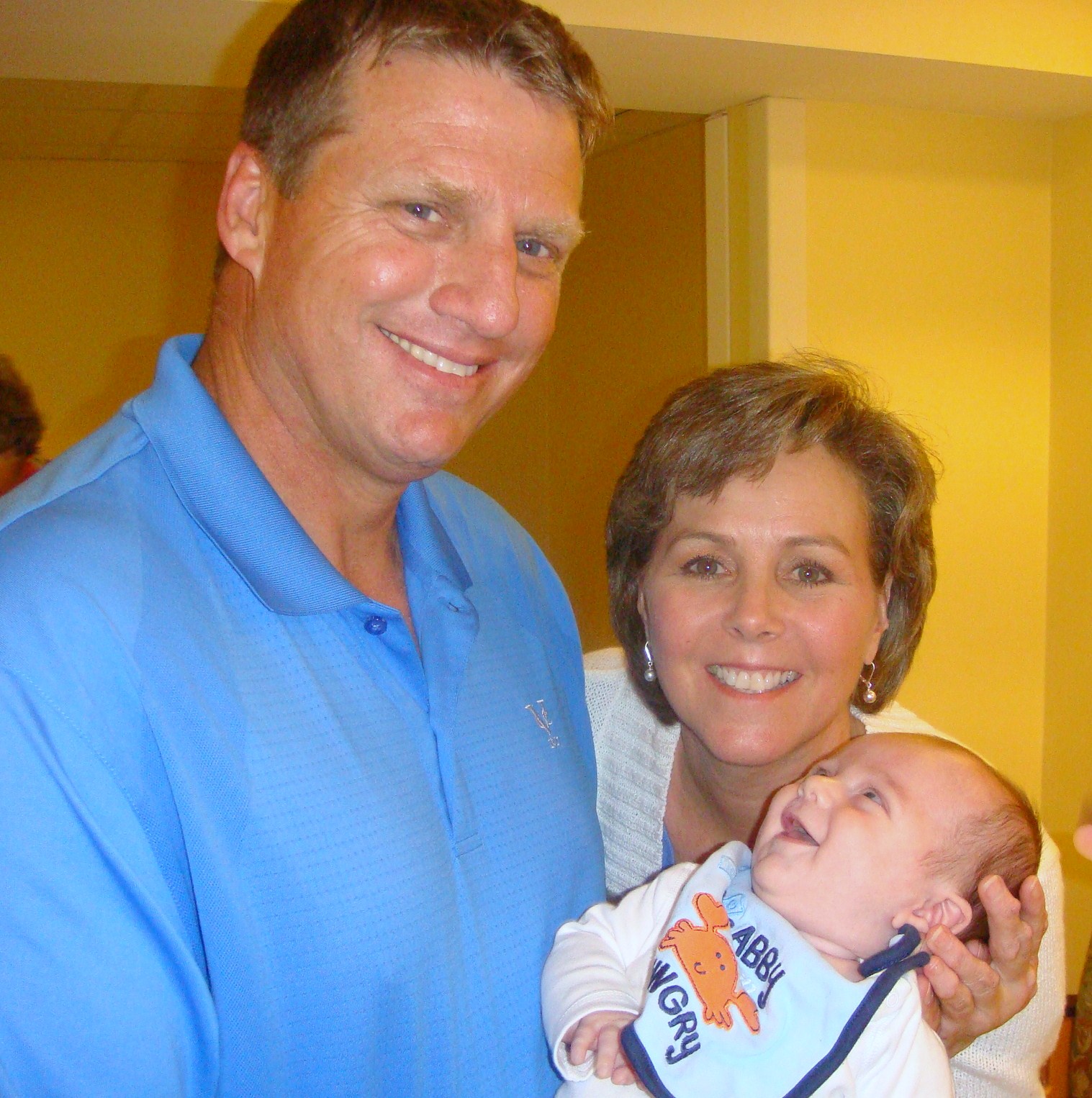 He’s happy to have another cousin! I’m interested to see how the dynamic works between the three of them. Meghan is 11 months older than me and I’m 11 months older than Jonathan and growing up I don’t think the three of us EVER were super tight. It would be Meghan and I picking on Jonathan or Jonathan and I picking on Meghan (notice no one ever picked on me haha). So I hope Kye isn’t that one being picked on! 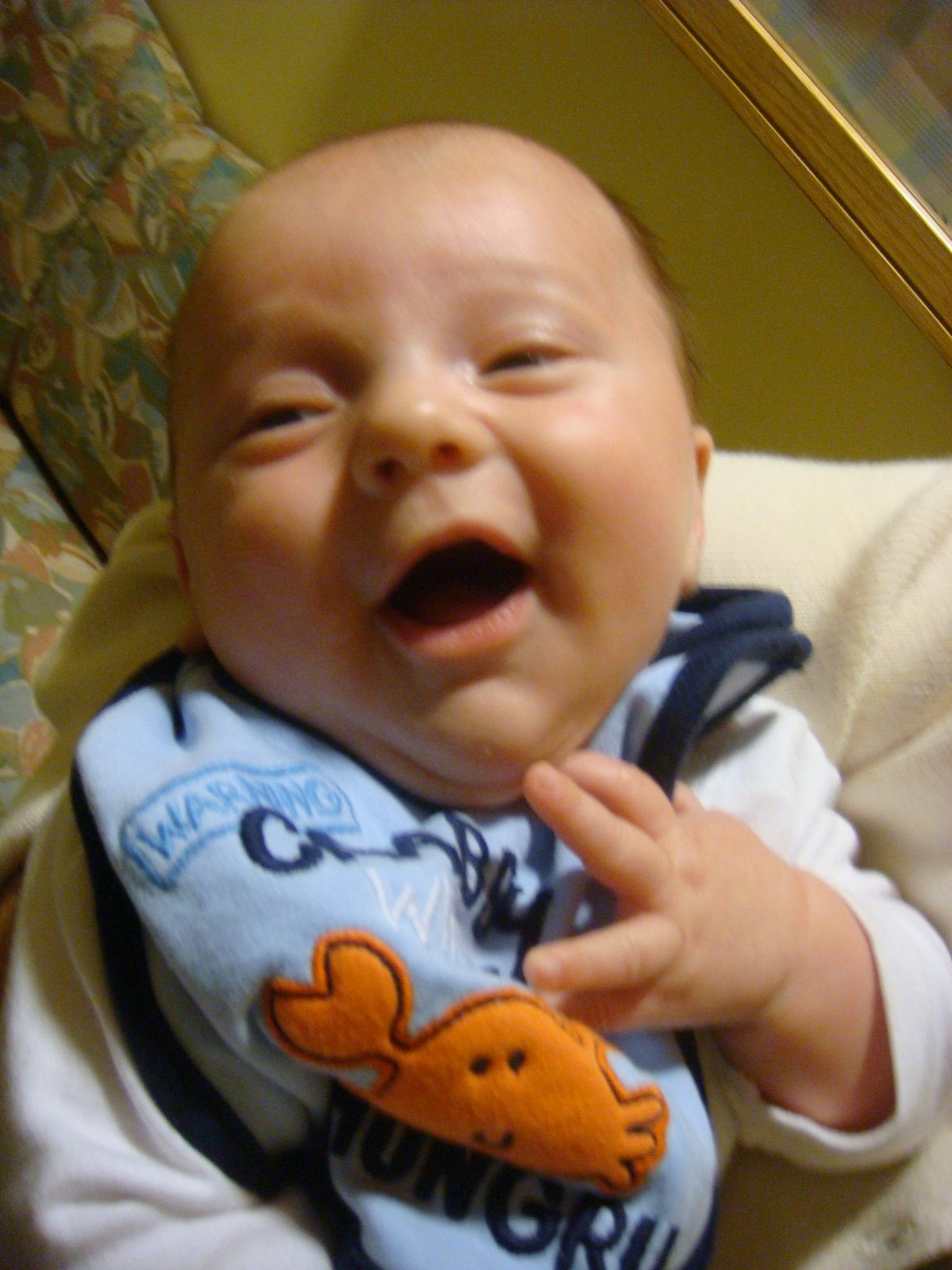